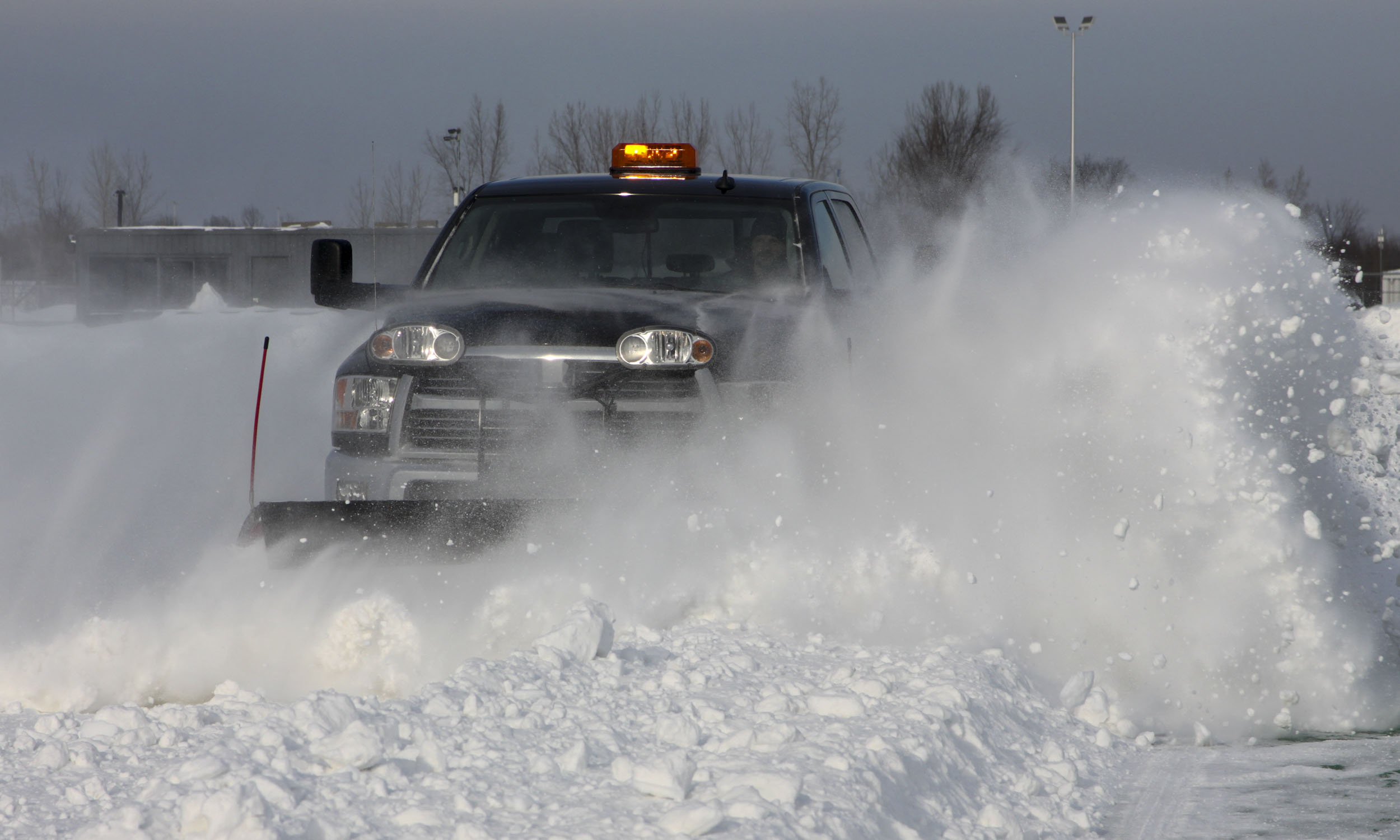 A Chilly Experience
Considering the harsh winter most of the country has been experiencing, the allure of all-wheel-drive vehicles escalates as cold, snowy weather drags on and piles higher. When thinking of winter-compatible cars from Fiat Chrysler Automobiles, most folks would likely think of Jeep, but there are other options available from Chrysler, Dodge and, of course, Ram. Recently we had the opportunity to experience the AWD/4WD offerings from these brands in a proper snowy, slippery environment at ICAR in Mirabel, located just north of Montreal, Canada. Although we’re all hoping spring is just around the corner, let’s look at winter driving options from FCA — it never hurts to plan ahead for next year’s icy blast. 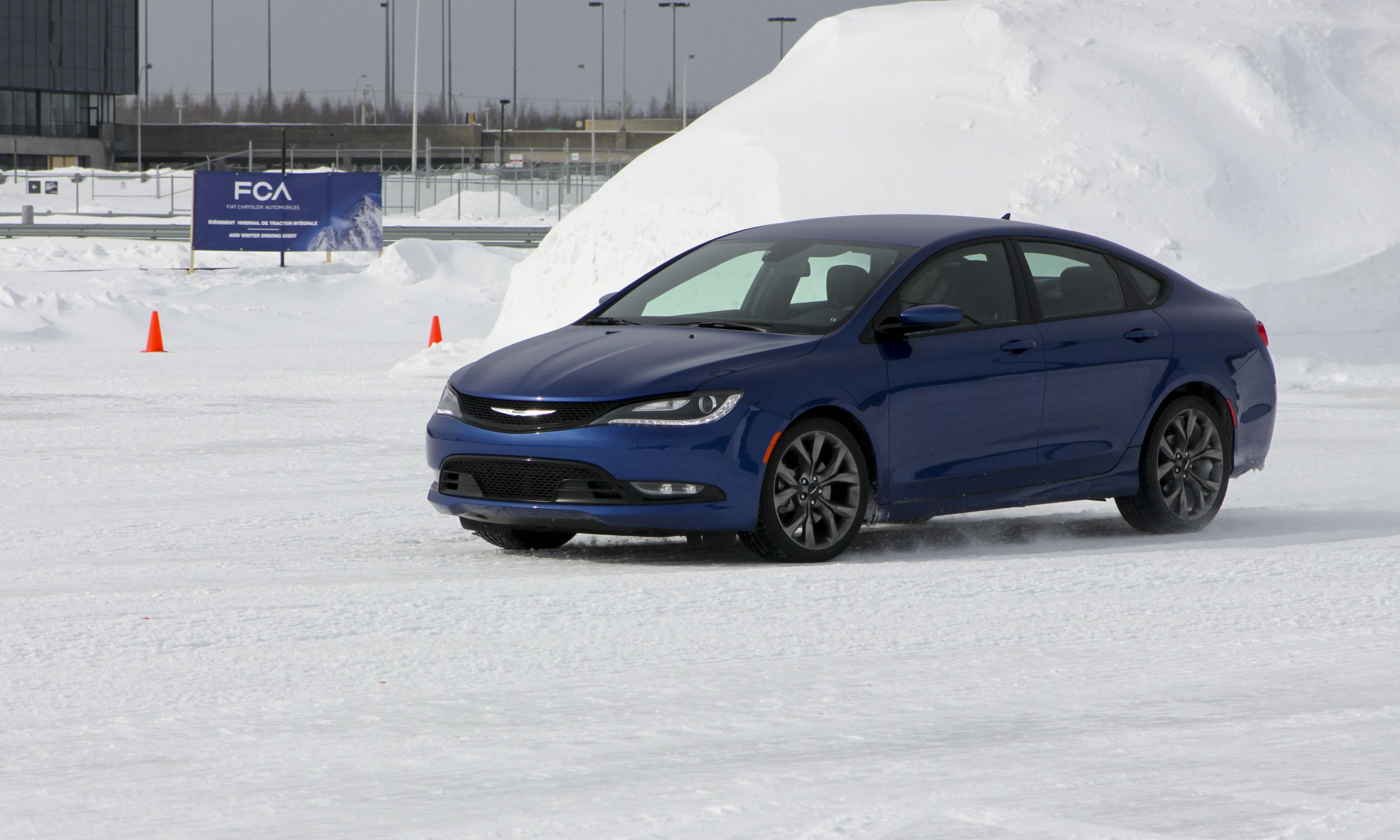 Chrysler 200C AWD
The entry point of the Chrysler brand, the 200 is completely new for the 2015 model year. The new car is a major improvement over the outgoing generation, and offers elegant styling, an upscale interior, new engine options and — for the first time in a 200 — all-wheel drive. The 200 is the first AWD midsize sedan to feature a system that completely disconnects the rear axle when not needed. This is done automatically – no driver input needed – and reduces drag for better performance and fuel efficiency. All AWD trims of the 200 are equipped with the 3.6-liter Pentastar V6 producing 295 horsepower. With the AWD and a sophisticated stability control system, the 200 AWD is impressively stable in slippery conditions, even when driven aggressively. The 200 handles quick slalom turns on ice with ease, making it quite fun to drive. 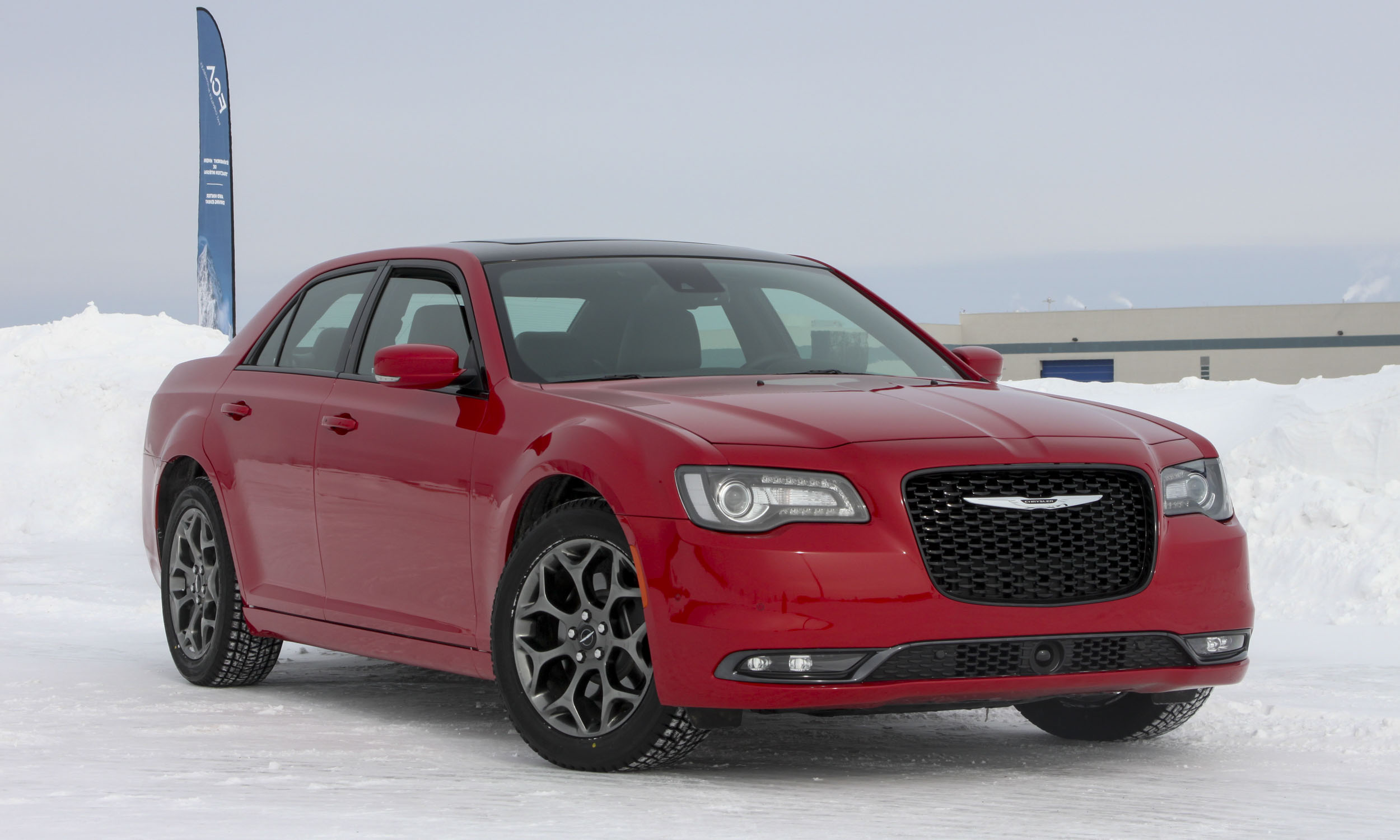 Chrysler 300 AWD
There aren’t many large rear-wheel drive sedans left on the market, and even fewer that offer all-wheel drive, but the exception is the Chrysler 300. With a styling update for 2015 including a bolder grille and updated interior, the 300 is still easily recognizable — as it has been since its introduction 10 years ago. Similar to the 200, the AWD system in the 300 automatically disconnects and reconnects the secondary axle (the front axle on the 300) as added traction is needed, which helps to maximize fuel economy. One of the most stylish in the lineup is the 300 S AWD which features unique blacked-out accents, large 20-inch Hyper Black finish wheels as well as a higher-output Pentastar V6 that puts out 300 horsepower. Not only does it look good in the snow, the rear-wheel drive bias provides entertaining driving on the ice, but with the AWD system you can have fun without getting into too much trouble. 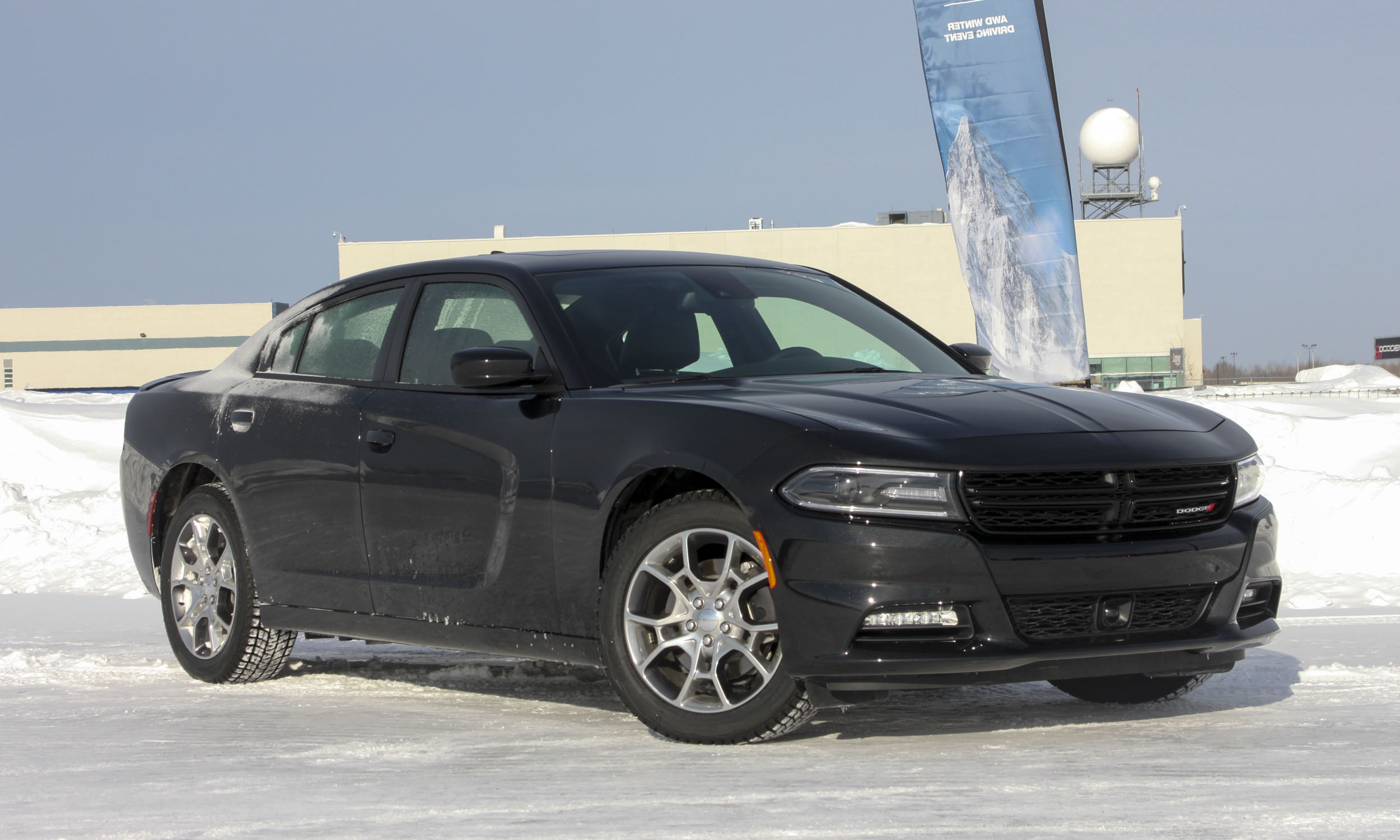 Dodge Charger AWD
As much as we would have enjoyed playing with an AWD Charger Hellcat on the ice, Dodge doesn’t make an AWD version of the 707-horsepower monster. In fact, Dodge does not pair their AWD system in the Charger with any of the V8-powered trims (available to the public – see next vehicle). But the V6 is no slouch, putting out almost 300 horsepower, which is still more than adequate in this large sporty-looking sedan. Like the 300, the Charger gets a makeover for 2015 and also uses the same efficient AWD system. In fact, the Charger AWD is rated at 27 mpg on the highway, leading its class for AWD sedans — perhaps one of the reasons a full 30 percent of Chargers sold in America are equipped with AWD. 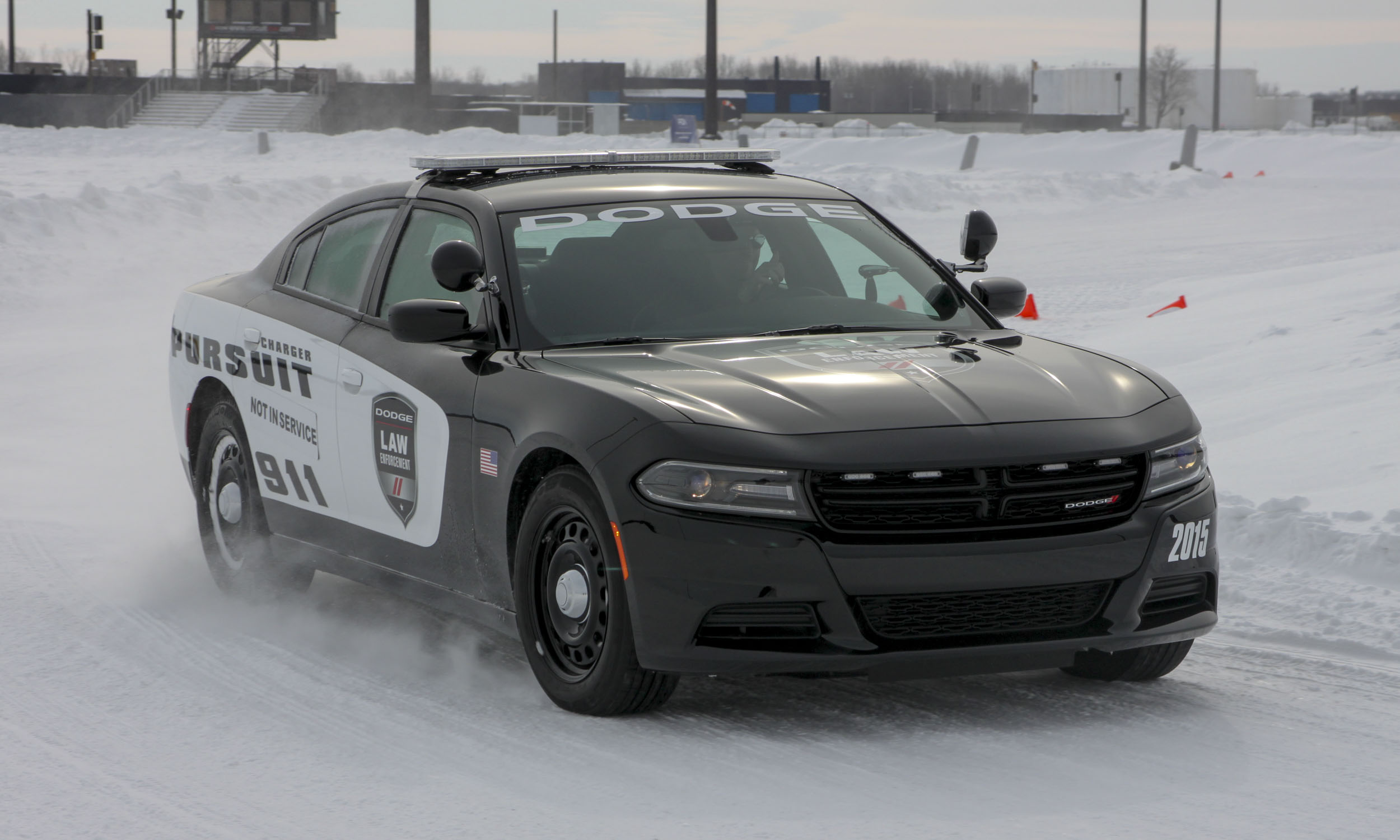 Dodge Charger Pursuit AWD
There is one Charger that does boast V8 power as well as AWD, but you can’t buy it: the Dodge Charger Pursuit, built for law enforcement only. With 370 horsepower on tap, the Charger Pursuit can reach 60 mph in less than six seconds, and while it does take slightly longer on snow and ice, it is still very quick off the line in slick conditions. Grip is impressive, especially when shod with proper snow tires, as ours was. With sirens blaring and light bar ablaze, we felt confident driving at high speeds on the snow-covered Canadian circuit. Chalk up the confident feelings to the AWD system and the toothy grin to fulfilling childhood fantasies of driving a police car at speed. 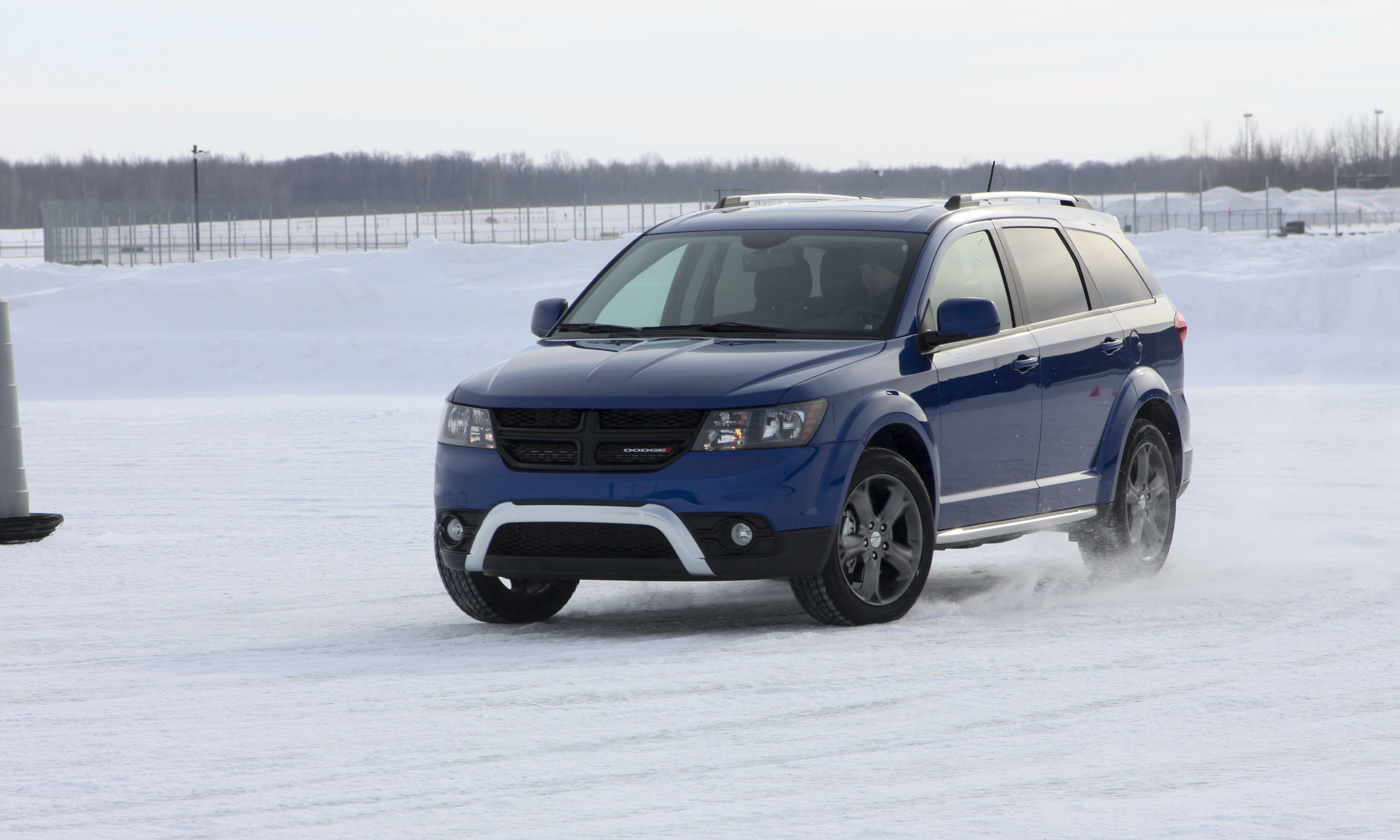 Dodge Journey
The oldest model in the Dodge lineup, the Journey received fresh styling for 2015. We were surprised how relevant it still feels, with a roomy interior and plenty of storage. Although Journey is primarily a front-wheel-drive vehicle, the AWD system is different than the one in the Chrysler 200 in that the rear axle is never completely disconnected. Still, power is only sent to the front wheels until wheel slip is detected; then an electronically-controlled coupling splits power between front and rear. While driving the difference between the two systems was indistinguishable; however, the disconnecting system in the 200 produces less drag and thus better fuel efficiency. 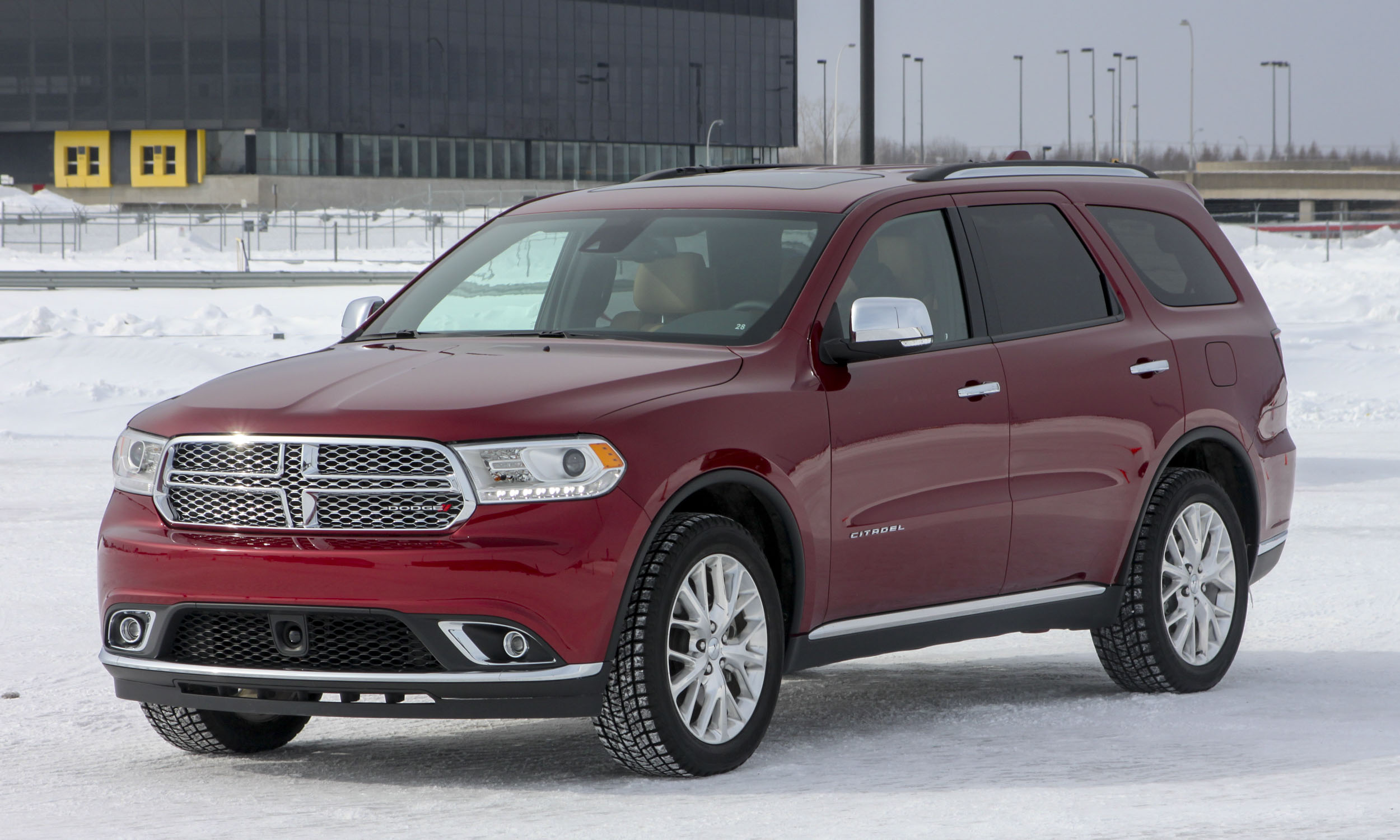 Dodge Durango
For those who need a true 7-passenger SUV, the Durango makes an excellent choice. With rear- or all-wheel drive, the Durango offers up plenty of useful cargo space as well as the ability to tow up 7,400 pounds when equipped with the optional V8 engine. But it’s the interior where Durango really shines. The large touchscreen interface is one of the most intuitive in the industry, and the available second-row bucket seats add a touch of luxury to this versatile SUV. With more than eight inches of ground clearance and an AWD system that benefits from three separate open differentials — one in its transfer case and one in each of its axles — the Durango performed quite well in the slick environs of the Great White North. 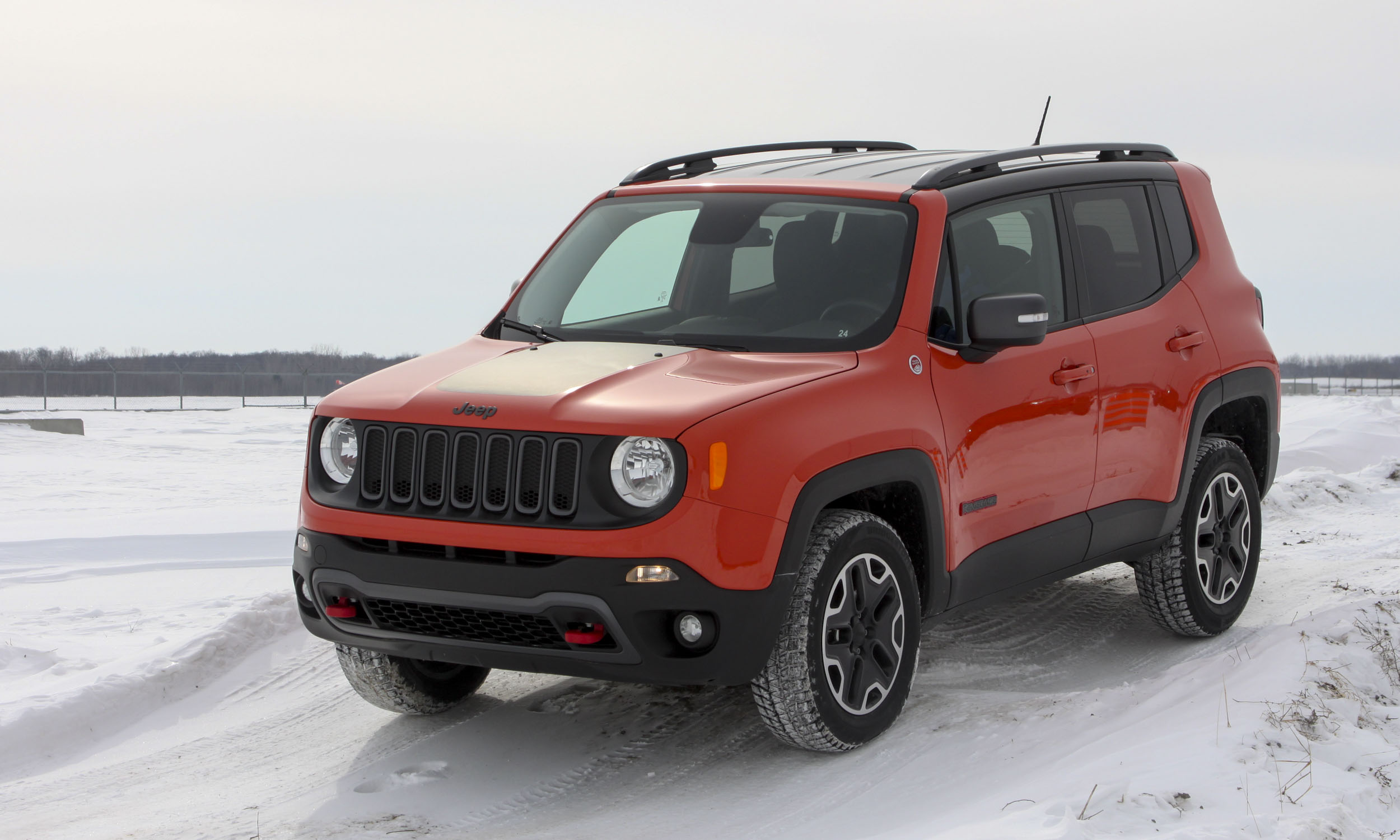 Jeep Renegade
The newest member of the Jeep lineup, the Renegade is the brand’s first entry into the small SUV market. But competitors that are sometimes referred to as “cute utes,” the Renegade is built to handle tough off-road terrain as well as snowy roads. The front-wheel drive-based Renegade is available with two 4WD systems: Jeep Active Drive and Jeep Active Drive Low – the latter features a 20:1 crawl ratio to handle the toughest terrain. Both systems include the Jeep Selec-Terrain system, providing up to five modes (Auto, Snow, Sand and Mud modes, plus exclusive Rock mode on the Trailhawk) which set up the Renegade to perform best based on the conditions. We took the Renegade through an off-road course and the small SUV’s 4WD system was impressive, handling steep, slick hills as well as traversing snow-covered moguls with ease. 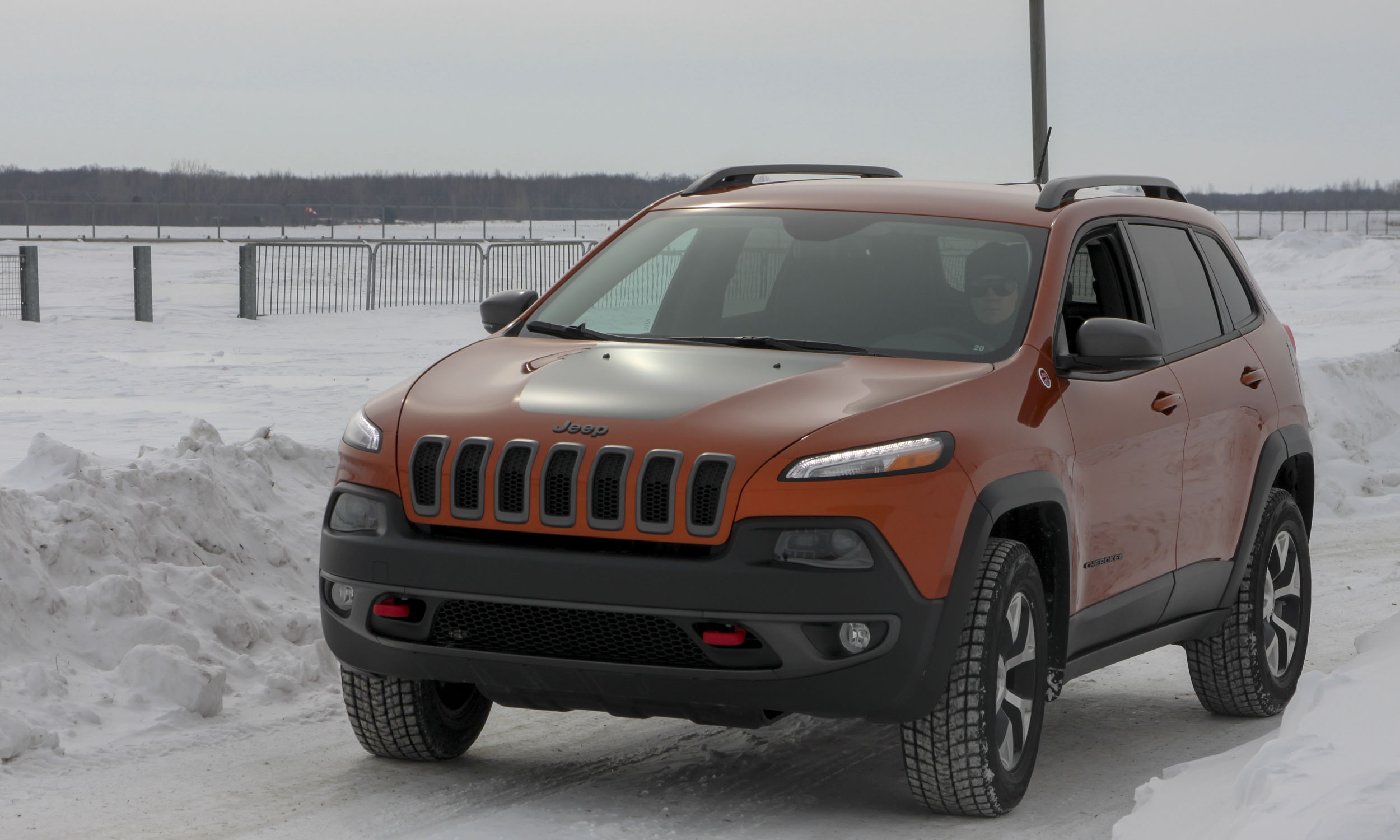 Jeep Cherokee
When Cherokee rejoined the Jeep lineup last year, it couldn’t have looked more different than the original. The sleek lines and modern take on the traditional Jeep grille make it a standout among midsize crossovers. A true Jeep, the Cherokee is available with three different 4WD systems. Active Drive I is fully automatic, switching into and out of 4WD at any speed as needed. This system also delivers yaw correction, which helps correct oversteer or understeer. Active Drive II features a 2-speed power transfer unit (PTU), providing a 4WD-Low setting for enhanced climbing ability and a crawl ratio of 56:1 for severe off-road conditions. Jeep Active Drive Lock upgrades the Active Drive II with a locking rear differential that aids in rock crawling and other severe conditions. Although most Cherokee owners will never venture off road, it’s nice to know they can if the need arises. 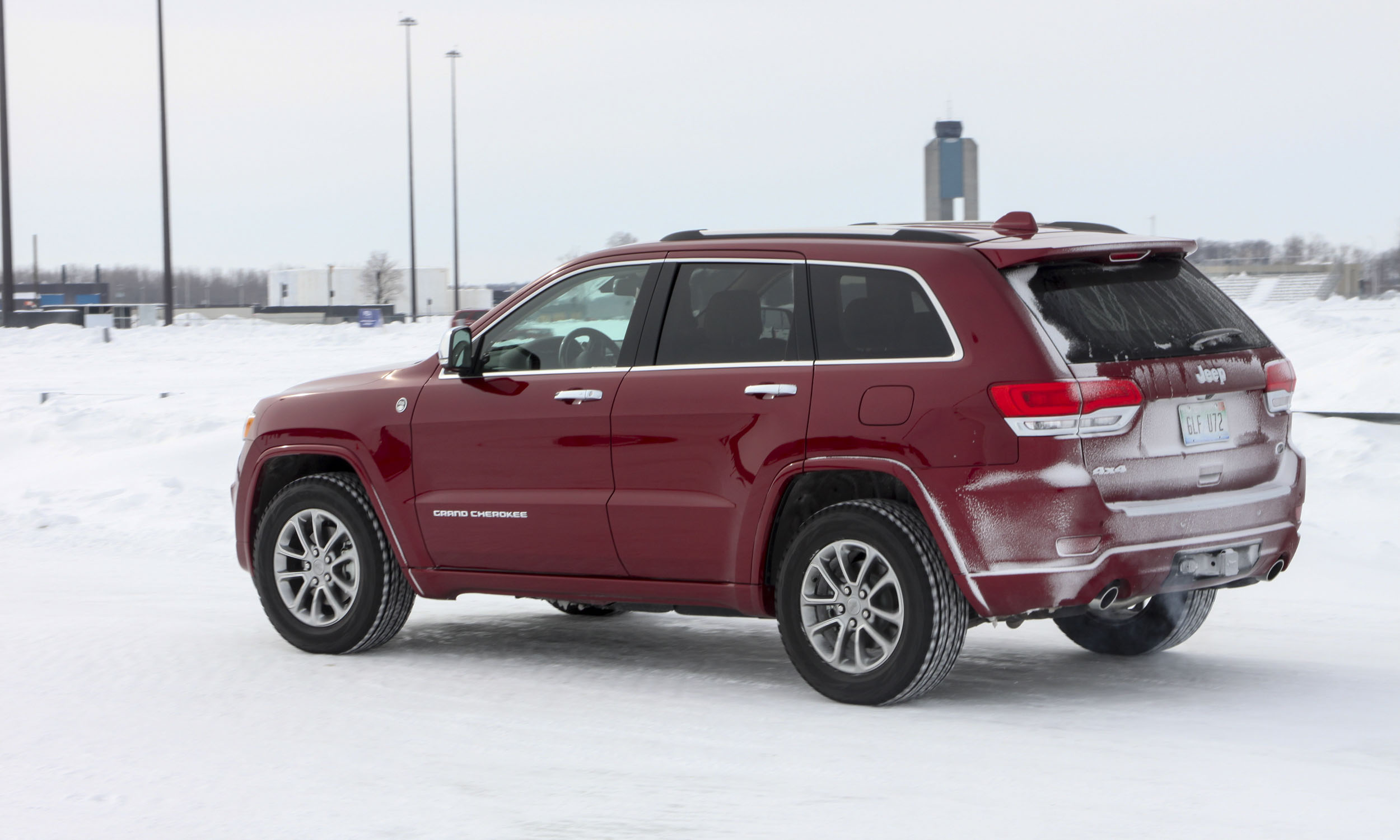 Jeep Grand Cherokee
The flagship of the Jeep lineup, the Grand Cherokee is the perfect balance of on-road comfort and off-road capability. We had the opportunity to drive the Grand Cherokee with the EcoDiesel to the venue, and it was so quiet and powerful we had no idea it was a diesel until halfway through the trip. Considering Grand Cherokee’s range of 730 miles and 7,400-pound towing capacity, one wonders why anyone would buy anything else. In addition to excellent road manners, the Grand Cherokee handles just about any terrain with ease. On the icy track, the SUV put the power down quickly and felt very comfortable and stable, even at high speeds. Three 4WD systems are available on the Grand Cherokee, ranging from Quadra-Trac I —which features full-time 4WD — to the Quadra-Drive II that can instantly direct torque to the wheels with grip with almost no wheel slip. 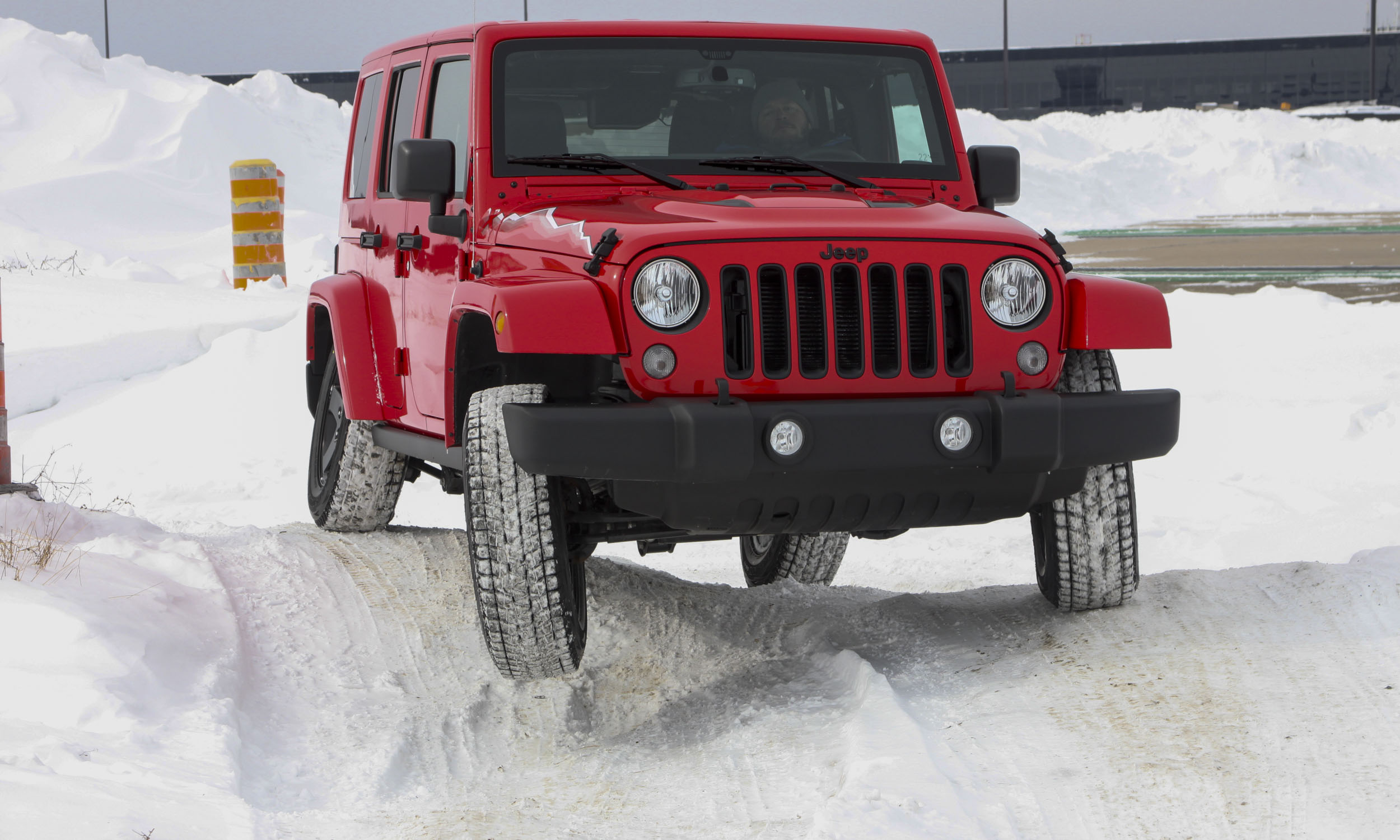 Jeep Wrangler
Wrangler is the seminal off-roading Jeep with legendary capability for which there are few matches. With a number of gear ratios, live axles, a 2-speed transfer case and an available Trac-Lok limited-slip rear differential, there aren’t many off-road challenges the Wrangler can’t tackle. That said, the Wrangler can’t do everything — unlike other FCA vehicles, the Wrangler can’t be used in 4WD for everyday driving. In conditions where AWD may be needed intermittently or unexpectedly, the Wrangler’s part-time 4WD system would not be usable as it isn’t designed to be used on dry pavement. This does not mean the Wrangler is a bad choice; it simply means it has different uses than a more everyday SUV. 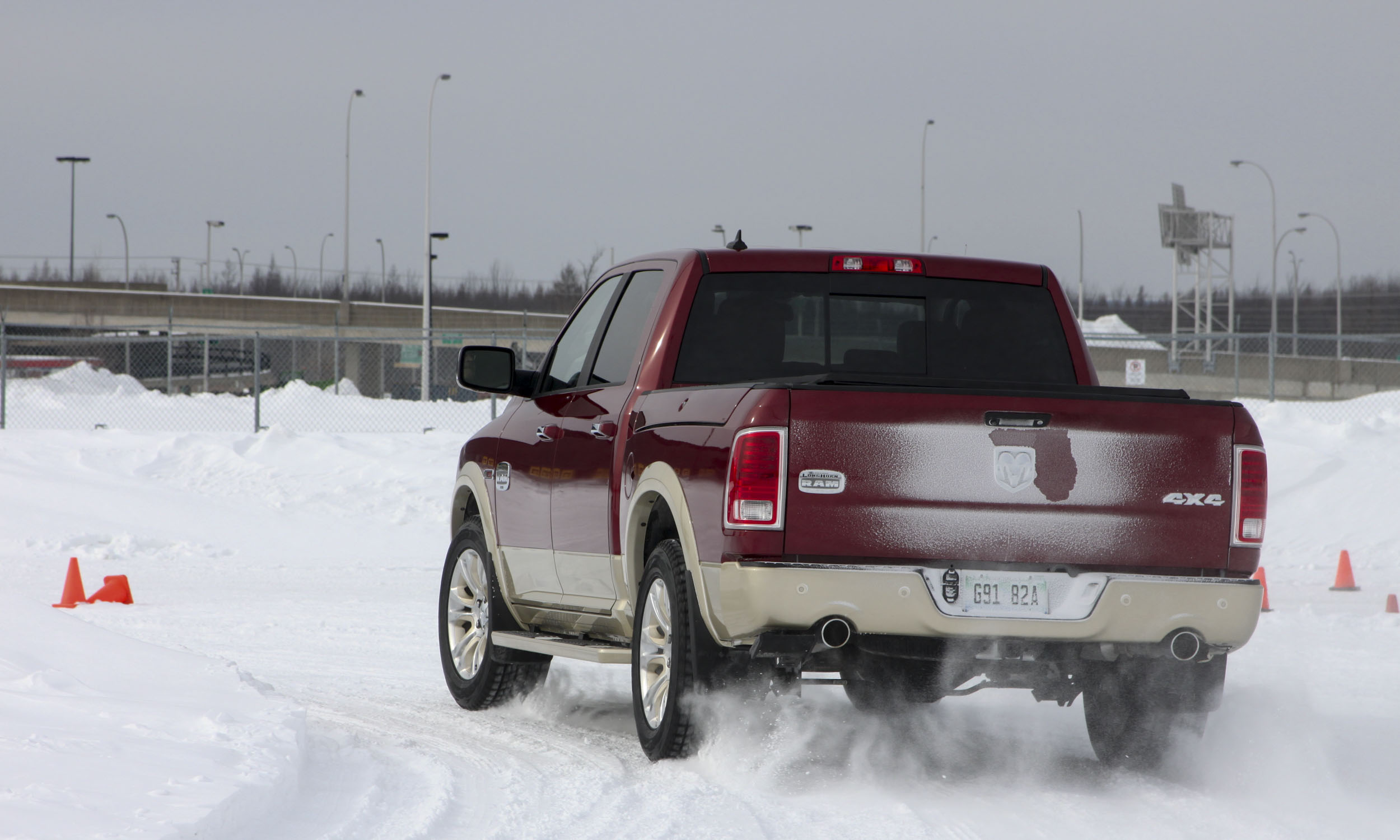 Ram 1500 Ecodiesel
Spending time in the Ram EcoDiesel will make you wonder why every truck isn’t a diesel. The 1500 Ecodiesel achieves an impressive 29 mpg — better than most smaller trucks — but boasts 420 lb-ft of torque and ability to tow up to 9,200 pounds. Like the Wrangler, most Ram 1500s do not have an AWD system designed for on-pavement driving; however, it can be shifted into 4WD while the truck is in motion, so the system can be engaged as needed. An AWD system for full-time use is available on the Big Horn trim and higher versions. The Ram also features a low-range 4WD for maximum power in severe off-road conditions. On the icy course at ICAR, the Ram’s 4WD and stability control systems provided excellent traction and handling, especially for such a large vehicle. 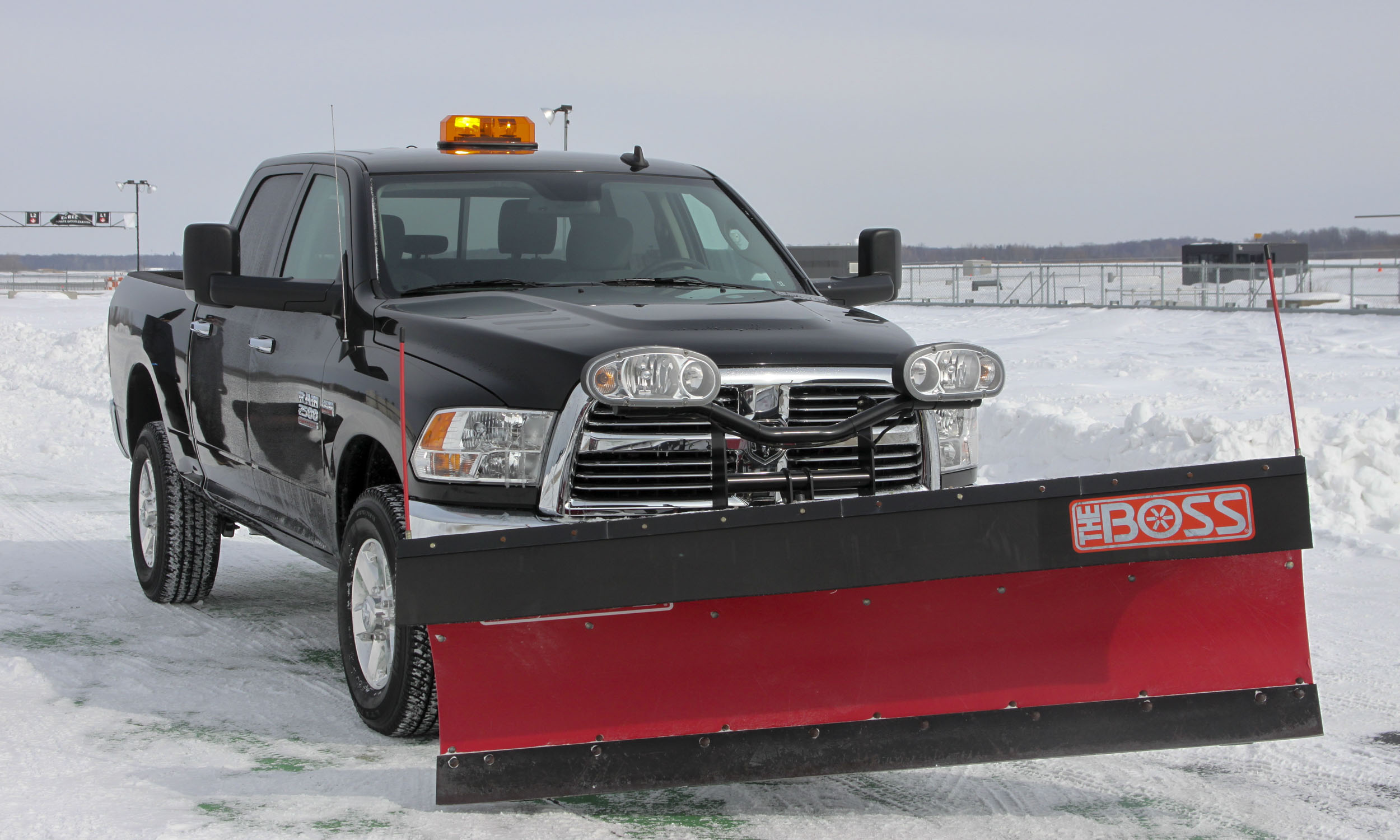 Ram HD Snow Plow
When the snow gets too deep to traverse, this is the truck you want. The Ram 2500 can be equipped with a Snow Chief package that preps the truck for plow installation. This example we drove is equipped with the optional 6.4-liter HEMI V8 producing 410 horsepower and 429 lb-ft of torque. With the Ram’s 4WD system and big power, the HD truck is more than capable of pushing thousands of pounds of snow out of the way so lesser vehicles can pass.