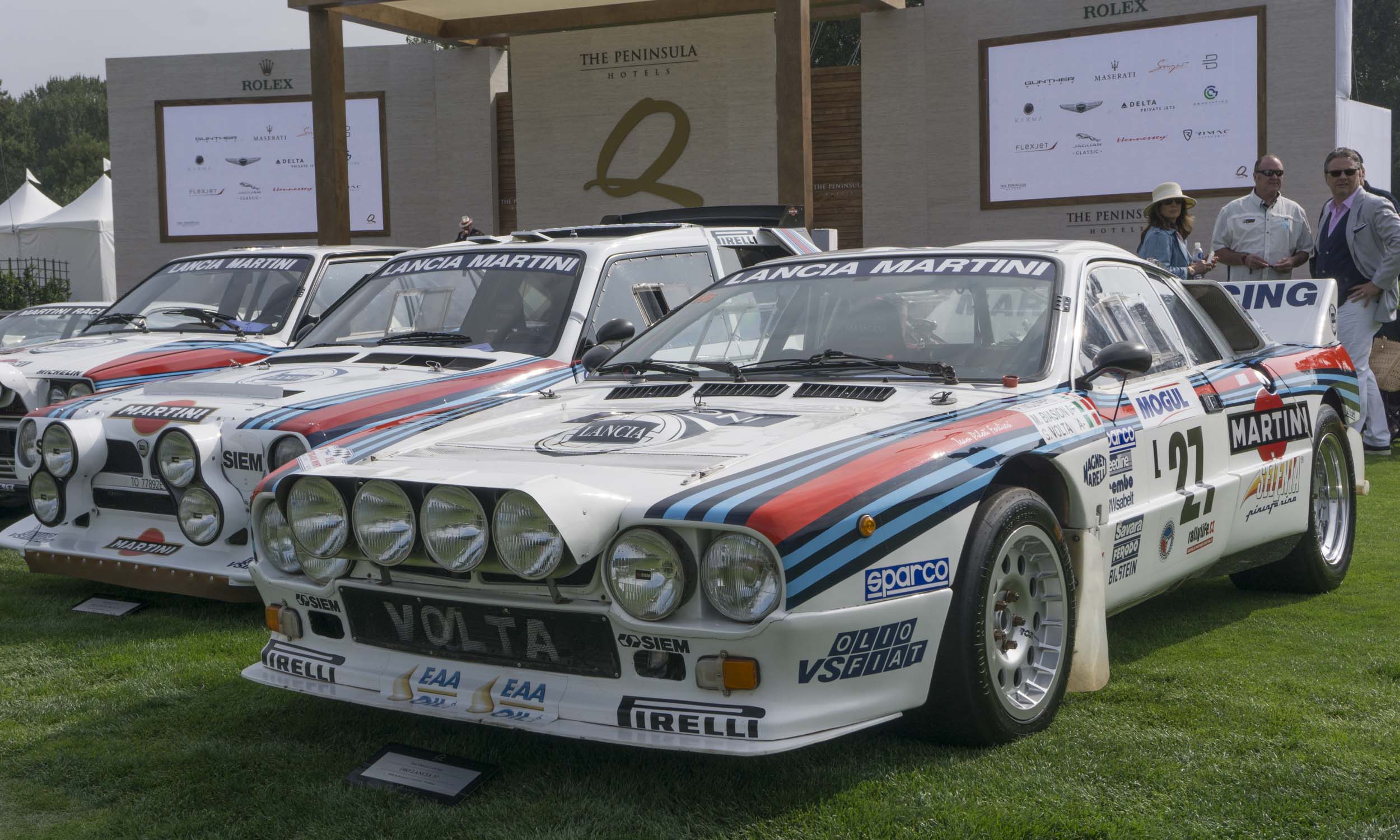 Exclusivity
For the car enthusiast, there’s no better place to be in August than Monterey, California. Over four days that culminate with the renowned Pebble Beach Concours d’Elegance, countless events take place around the Monterey Peninsula that celebrate the automobile and those who love them. One of these exciting events is The Quail, A Motorsports Gathering. Over the years this event has grown in popularity to the point that organizers had to implement a lottery system for purchasing tickets, and they tell us that every year hopeful attendees have to be turned away. 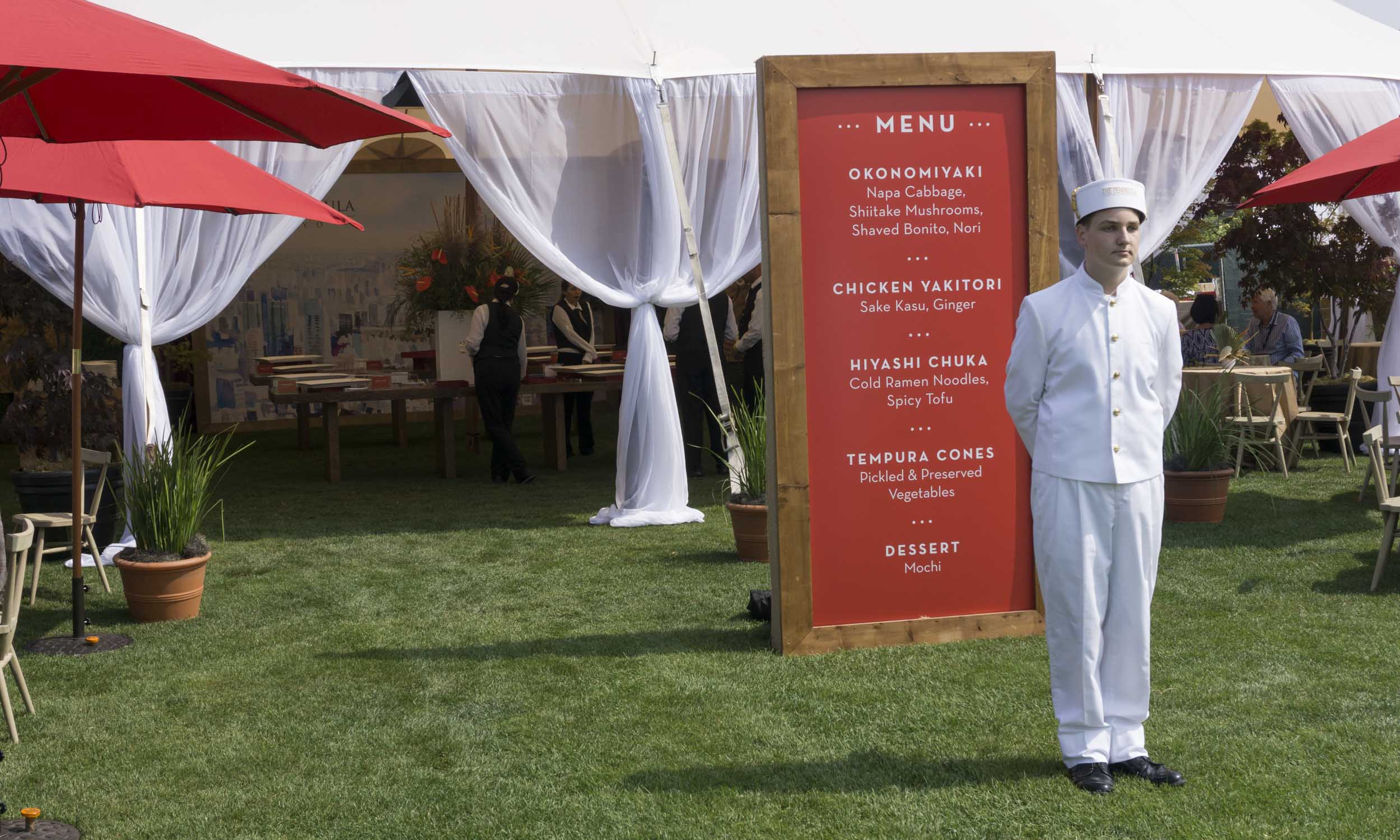 Food and Cars
The Motorsports Gathering has been held for 16 years, each year bringing together more than 200 vehicles ranging from vintage pre-war classics to modern exotic supercars. While the cars are the big draw, the Gathering sets itself apart from other Concours events with its delicious array of gourmet delicacies. With six different international culinary pavilions serving a variety of menu items along with fine wines, there is something to please everyone’s palate. But ultimately this show is about the cars, so here is a look at some of our favorites from The Quail, a Motorsports Gathering 2018. 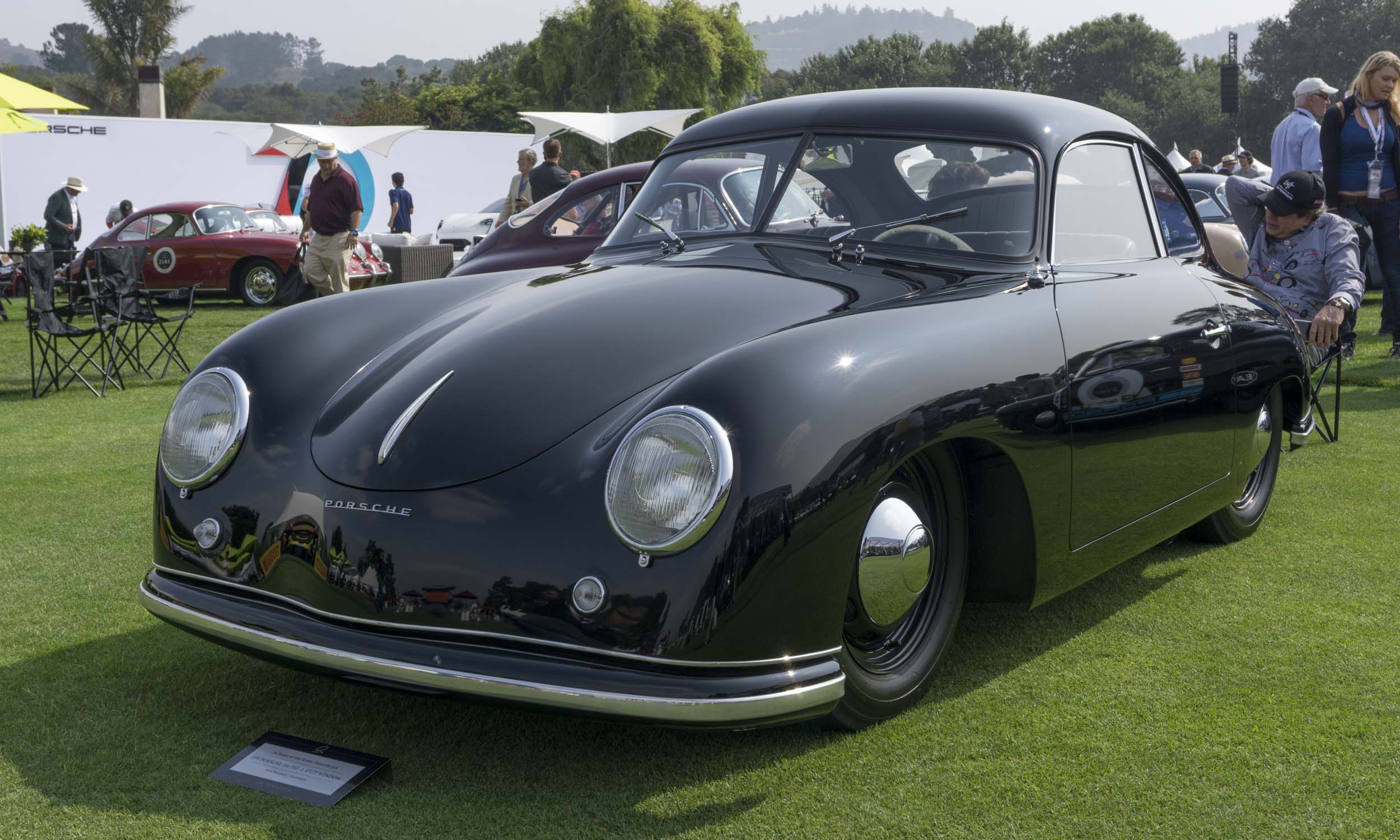 1951 Porsche 356
This is a rare example of the original split-window Porsche 356 was the 1,111th built. In fact, owner Mike Malamut told us that the serial number is all ones. 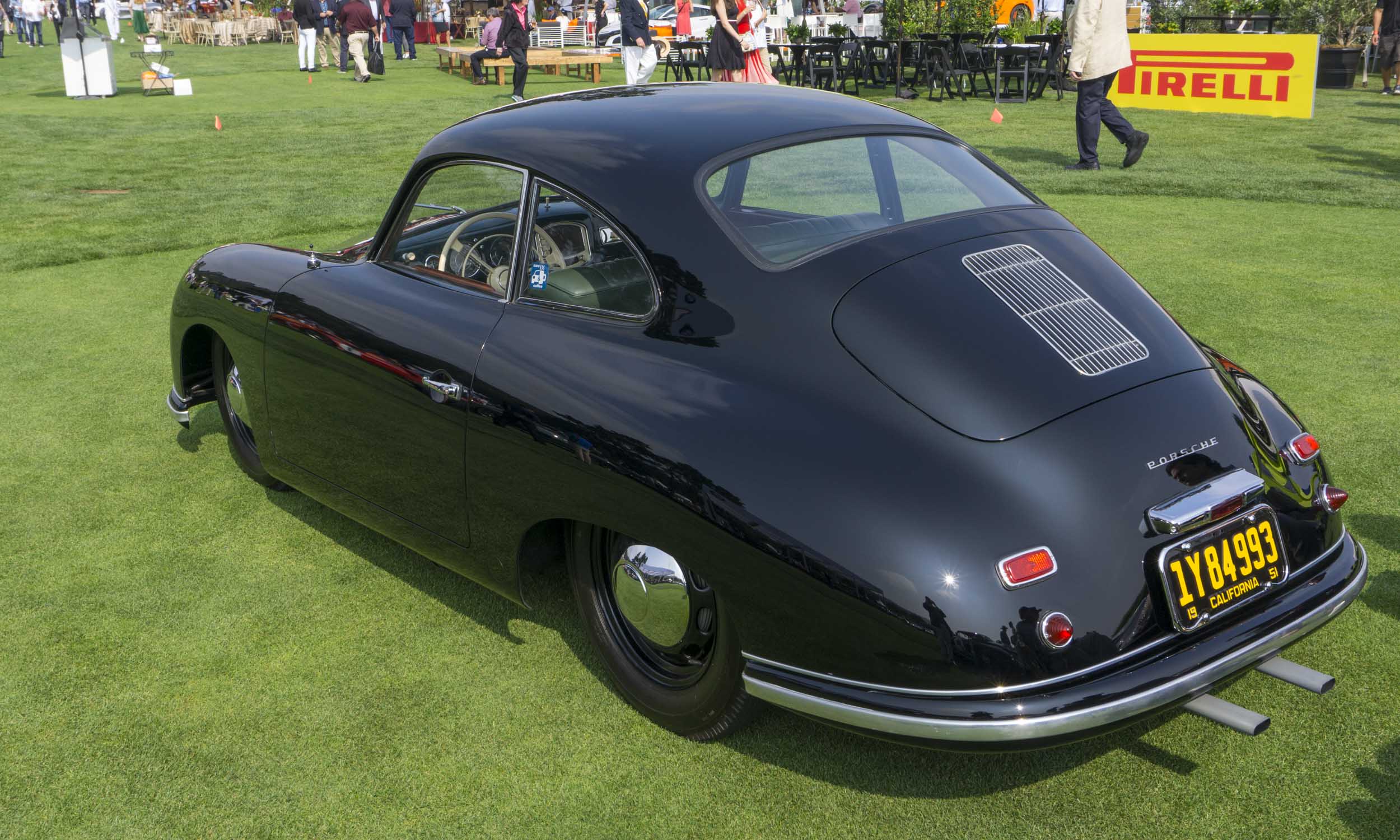 1951 Porsche 356
The car was restored about five years ago, and was purchased at the RM auction last year. 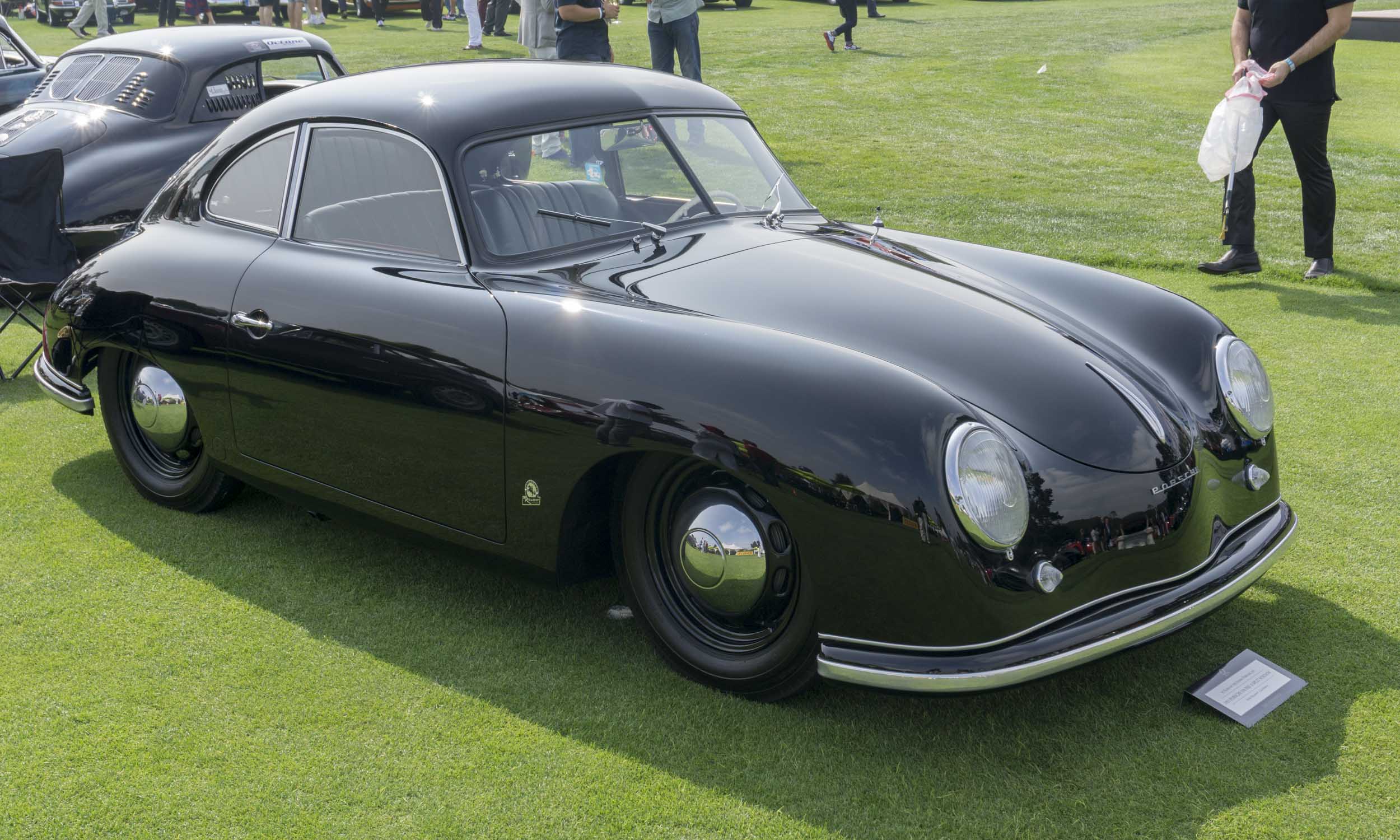 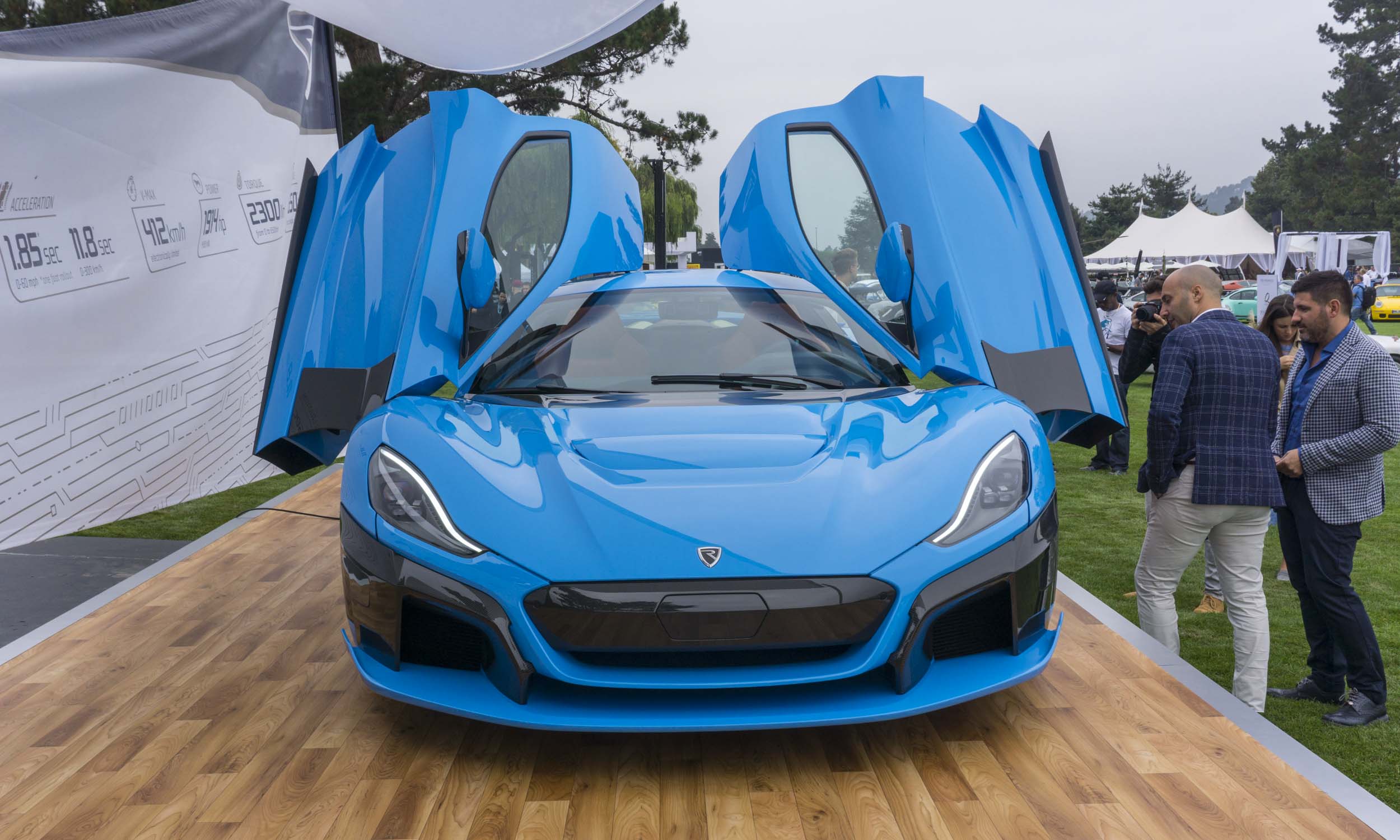 Rimac C_Two
The second model from the Croatia-based car company, the C_Two is stunning both in appearance and capability. The car features an electric motor at each wheel, all of which are controlled via the Rimac All-Wheel Torque Vectoring system. 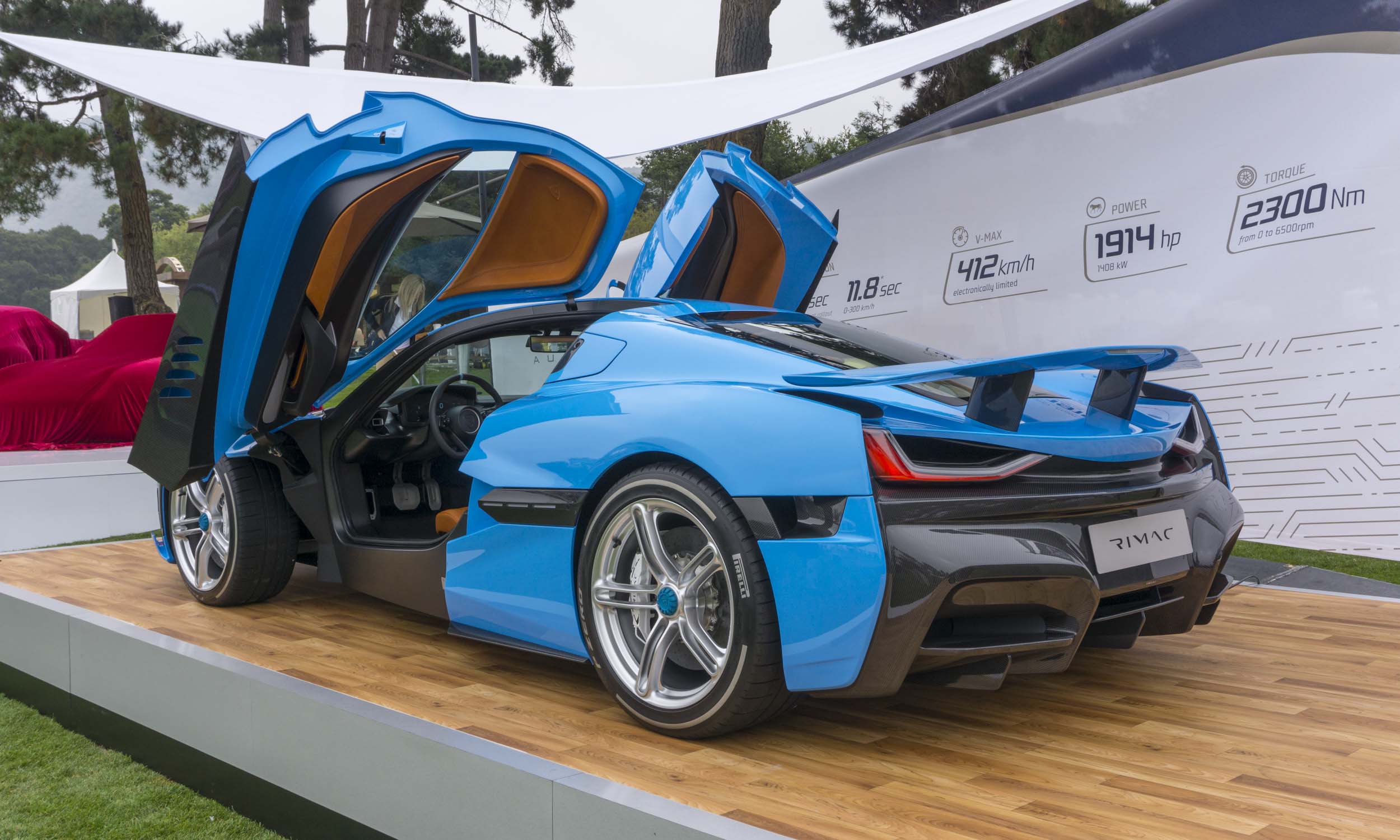 Rimac C_Two
The four motors combine to produce a mind-boggling 1914 horsepower and almost 1700 lb-ft of torque. With power at all four wheels, acceleration to 60 mph takes a mere 1.85 seconds, reaching 100 mph in only 4.3 seconds. 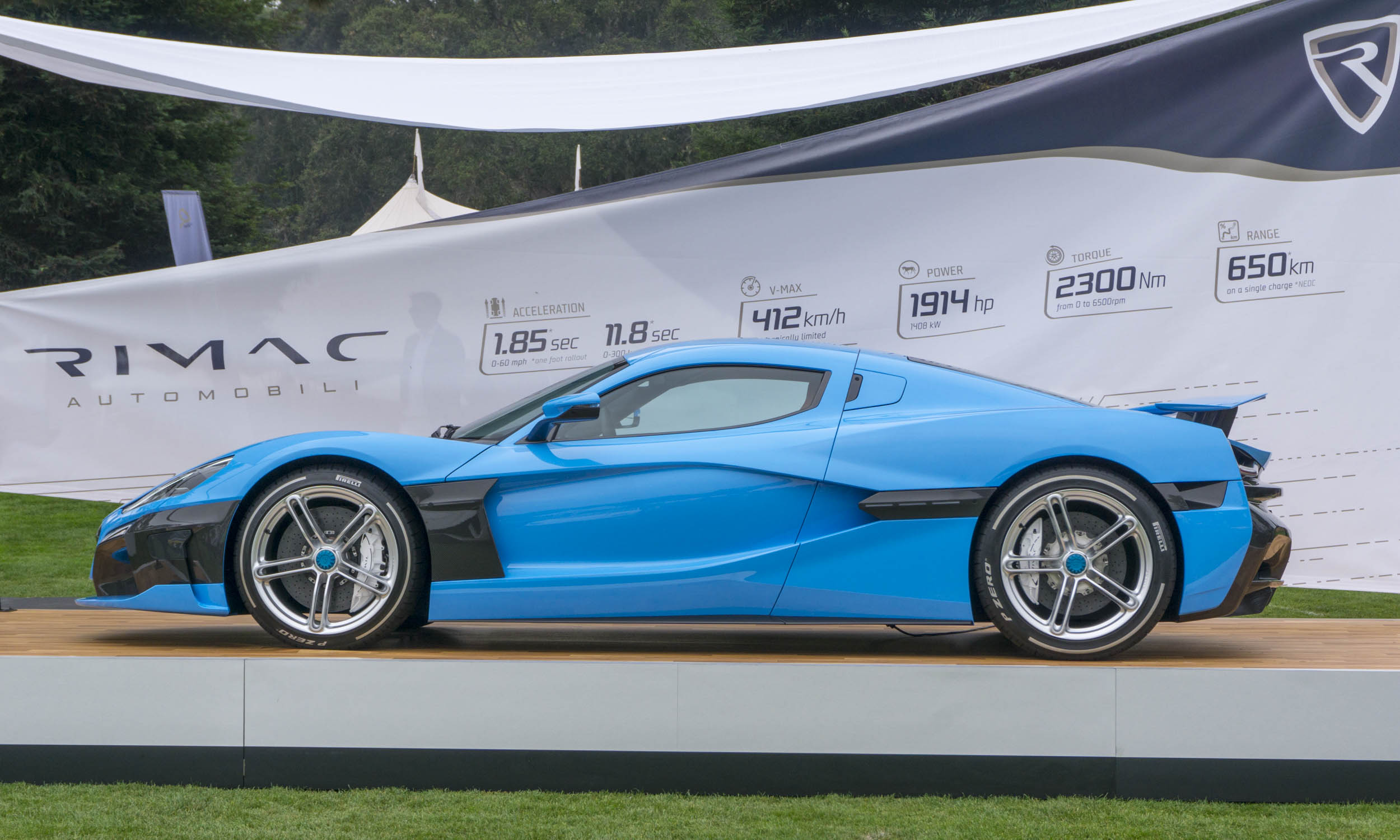 Rimac C_Two
This C_Two is the California Edition, painted in blue and carrying two 6-liter champagne bottles in the rear hatch. 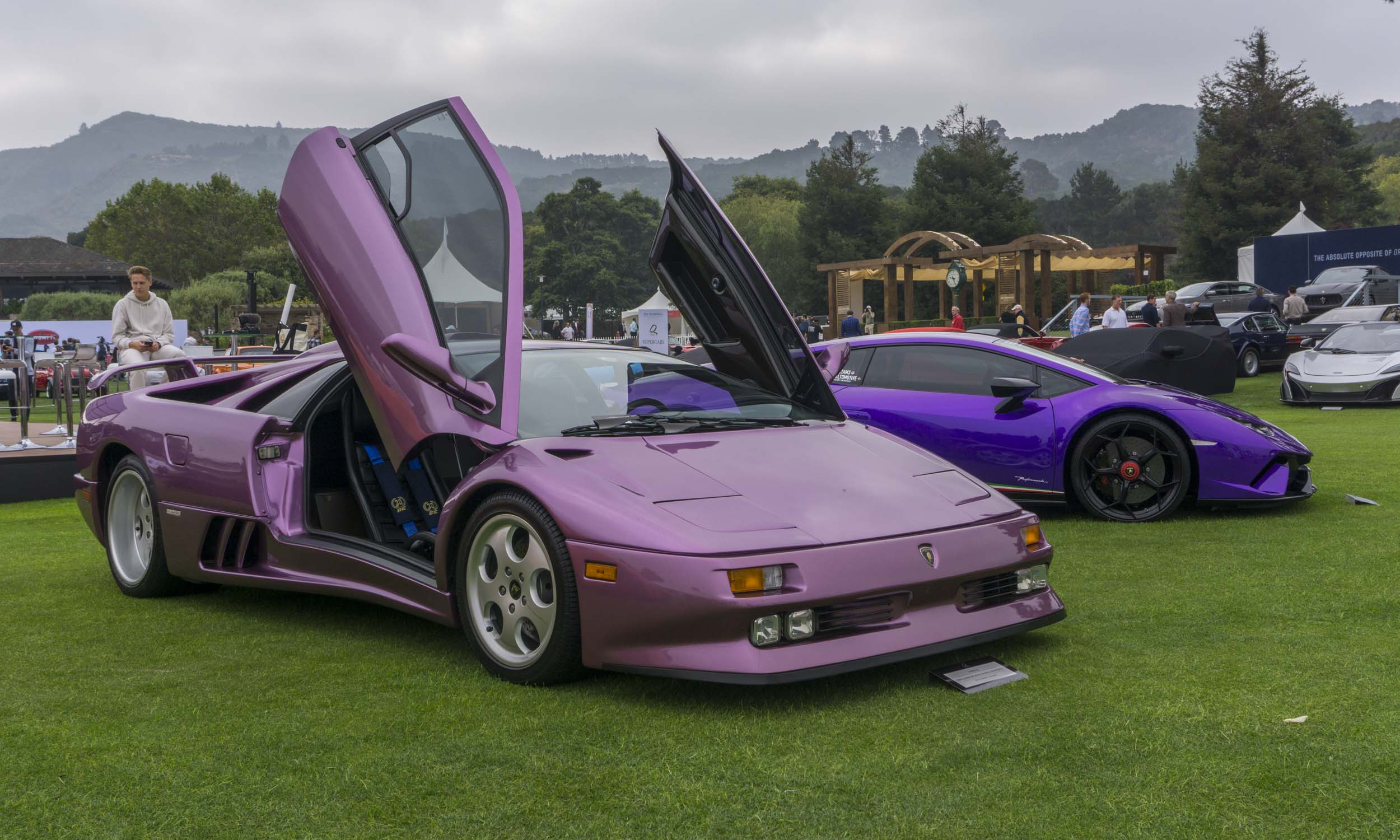 1994 Lamborghini Diablo SE 30 Jota
The Diablo has a presence on the road like no other car, and this particular example would turn even more heads as the limited-edition SE 30 Jota. 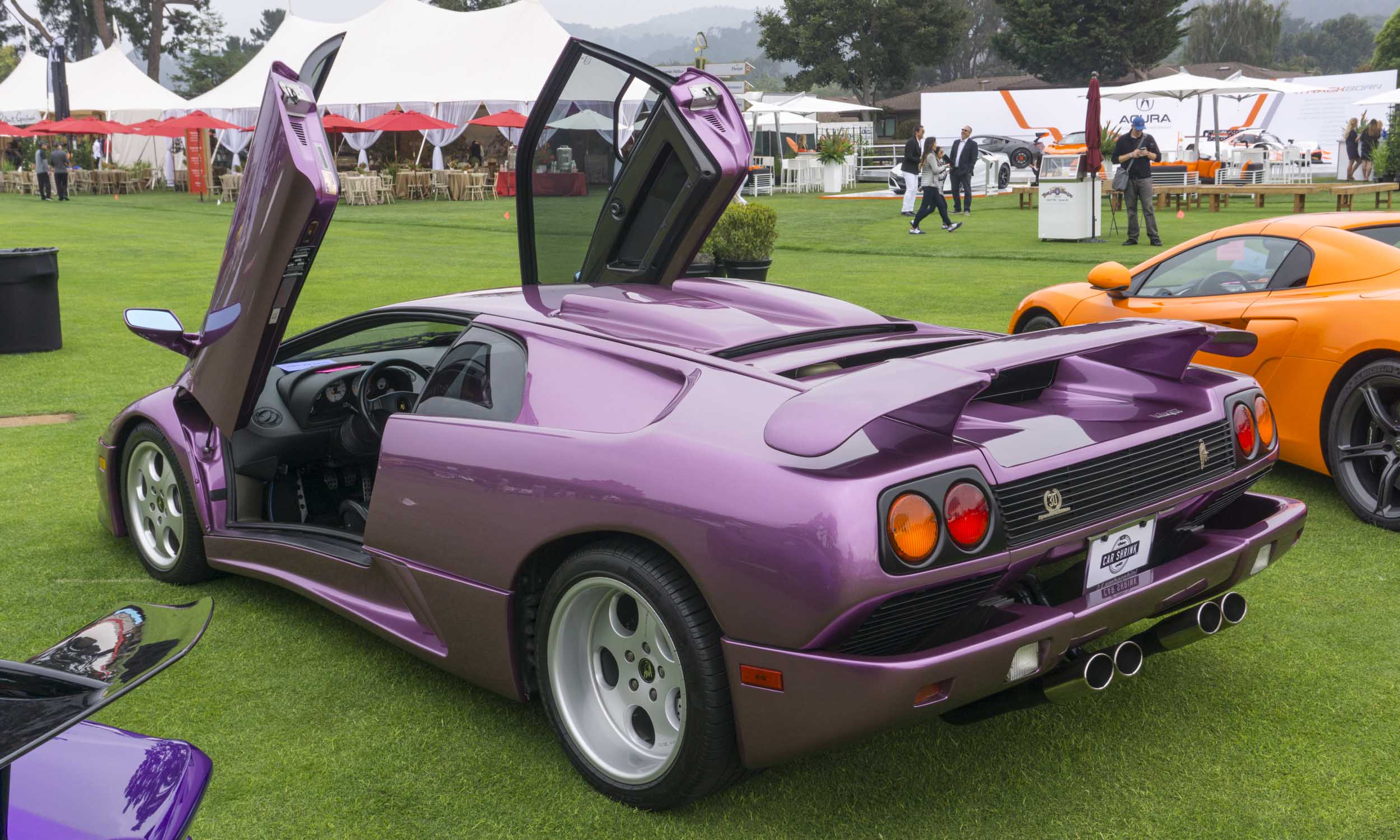 1994 Lamborghini Diablo SE 30 Jota
Built to commemorate Lamborghini’s 30th anniversary, the SE 30 features a tuned fuel system, magnesium intake manifolds and a special free-flowing exhaust system that gets 523 horsepower out of the big V12 engine. Top speed is in excess of 200 mph. 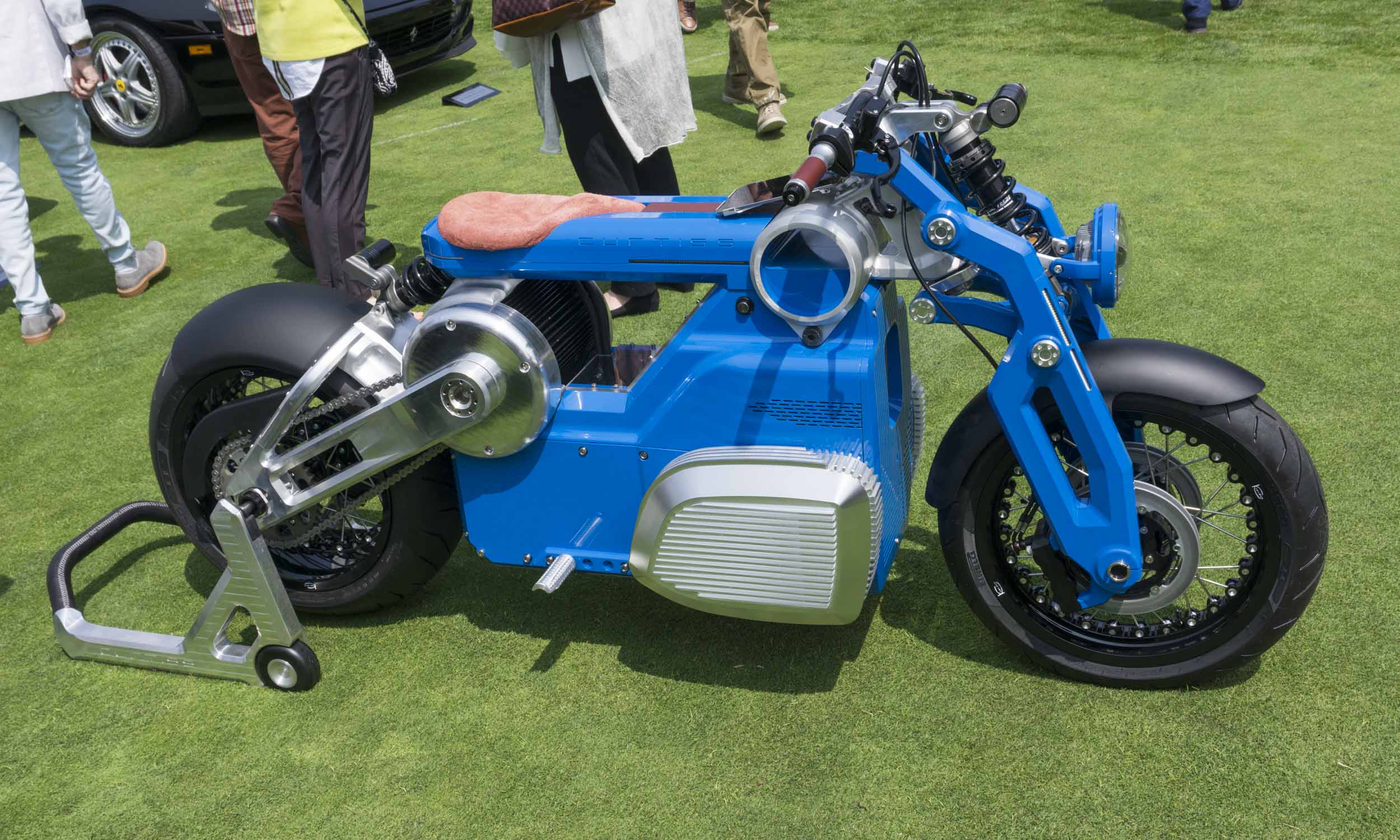 Curtiss Zeus
These bikes were certainly getting plenty of attention at The Quail this year — for good reason. Called the Curtiss Zeus, the bike is a prototype of a production version expected to go on sale late next year. The Zeus is fully electric with its motor delivering massive torque and almost 300 horsepower. 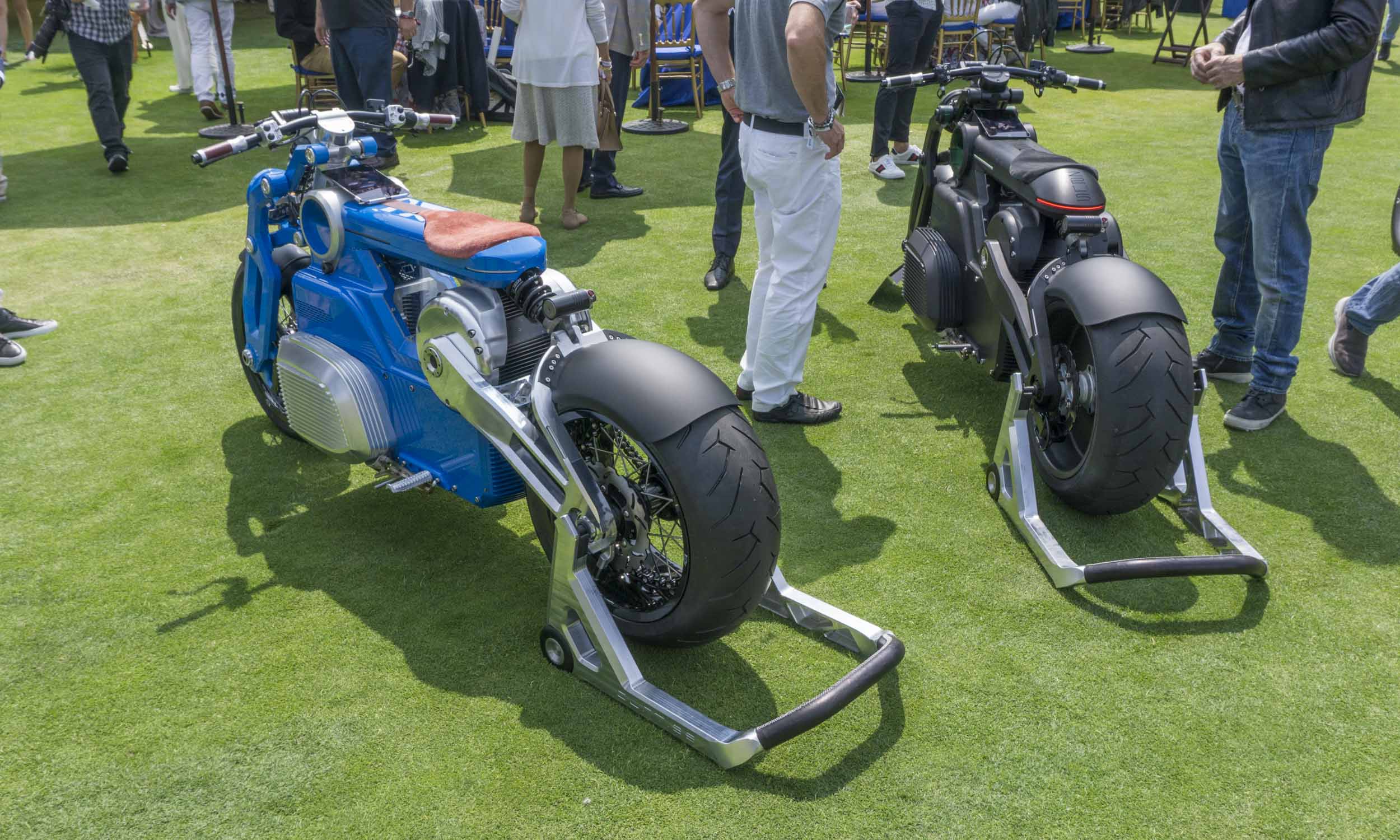 Curtiss Zeus
The Zeus has a single-speed gearbox and no clutch, so power delivery is smooth and strong. Range would be 60–80 miles per charge, but this could change as battery technology continues to improve. Built in Birmingham, Alabama, Zeus pricing is expected to start around $65,000. 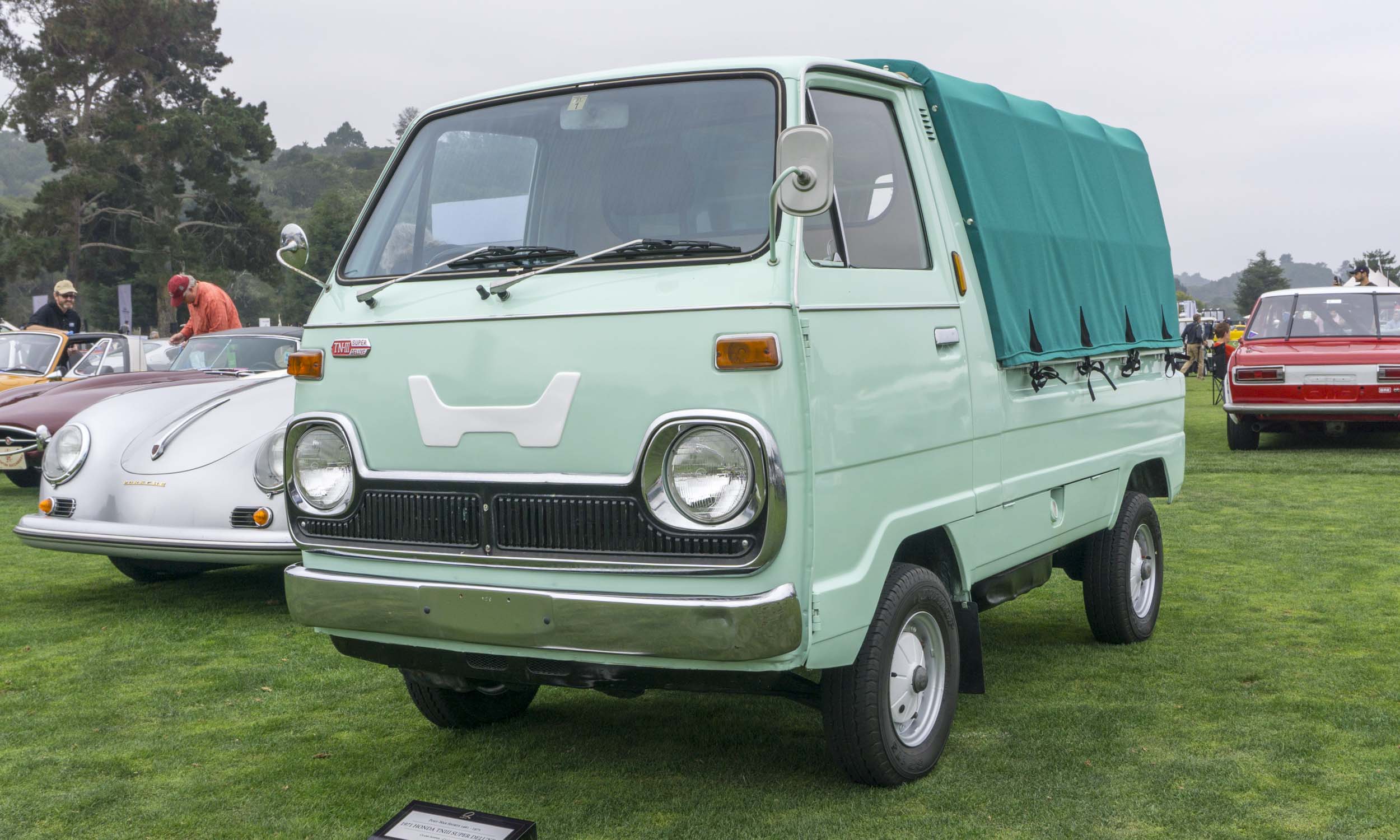 1971 Honda TNIII Super Deluxe
There were plenty of captivating classics and sports cars on display at The Quail, but we kept returning to this cute little Honda. Never sold in America, little trucks such as this Honda TNIII were used in large numbers as delivery and utility vehicles in Japan. 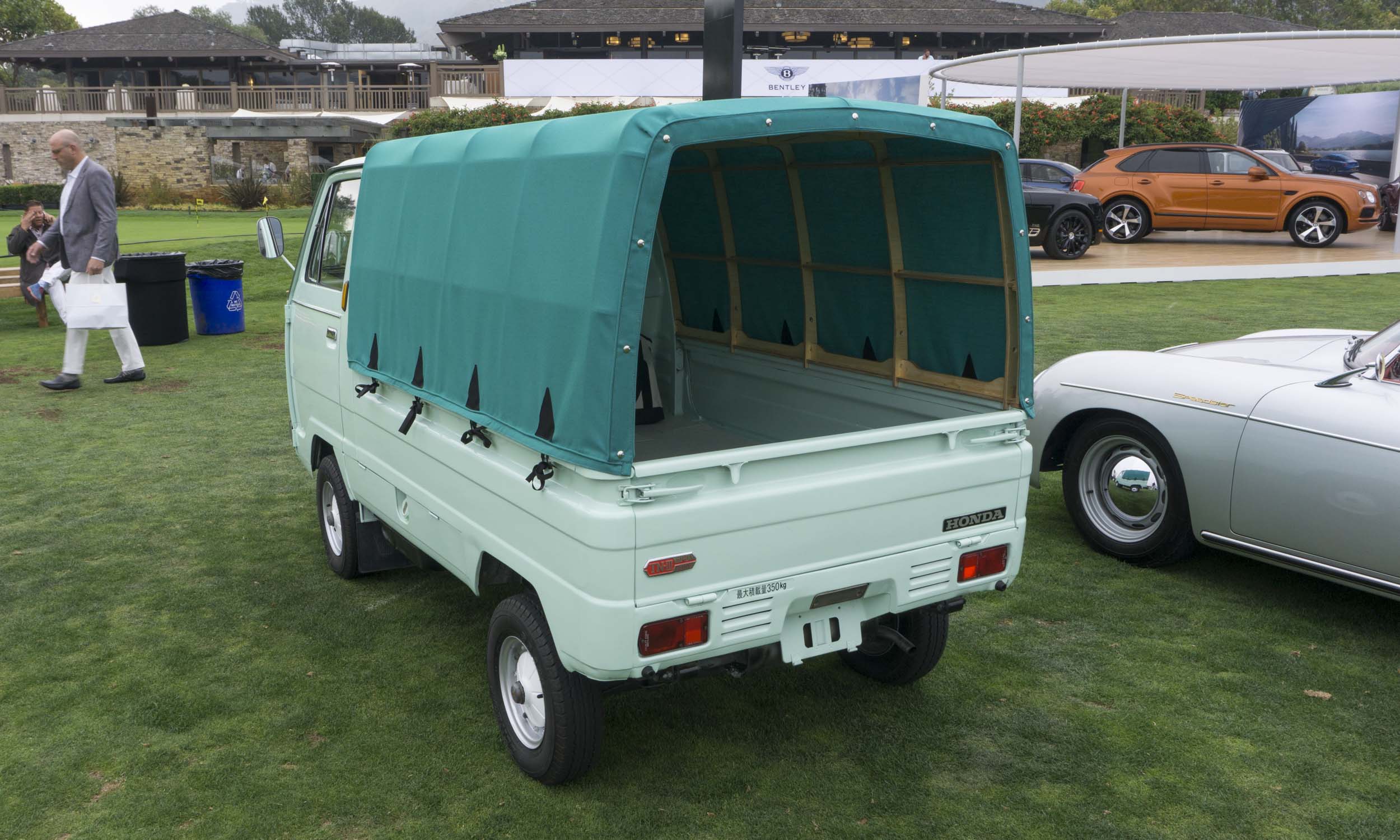 1971 Honda TNIII Super Deluxe
With 10-inch wheels, the Honda is powered by a 360cc 2-cylinder engine with a 4-speed transmission. 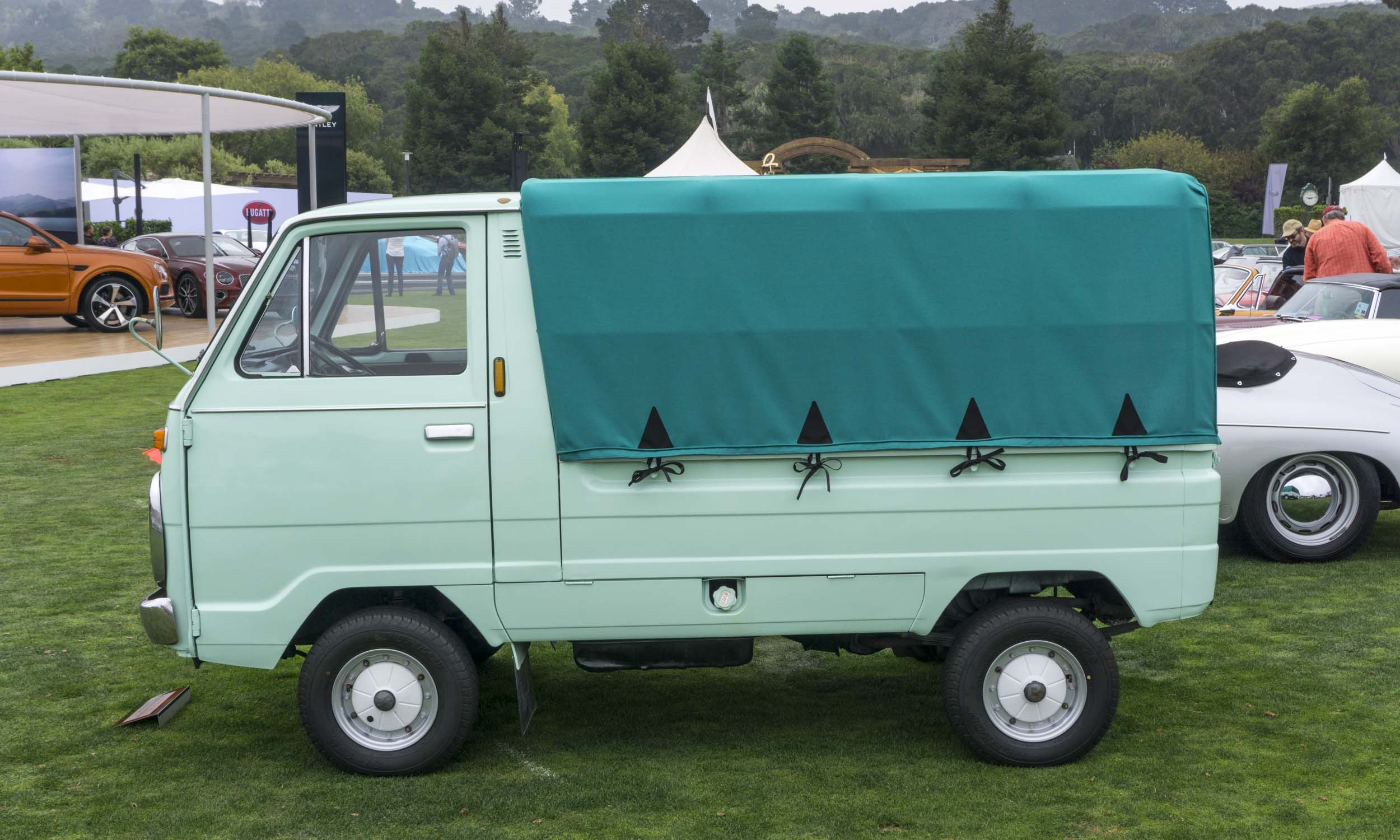 1971 Honda TNIII Super Deluxe
Owner Clark Sopper told us it tops out at around 54 mph, but it’s still fun to cruise around town waving at all the smiling faces that see this truck. 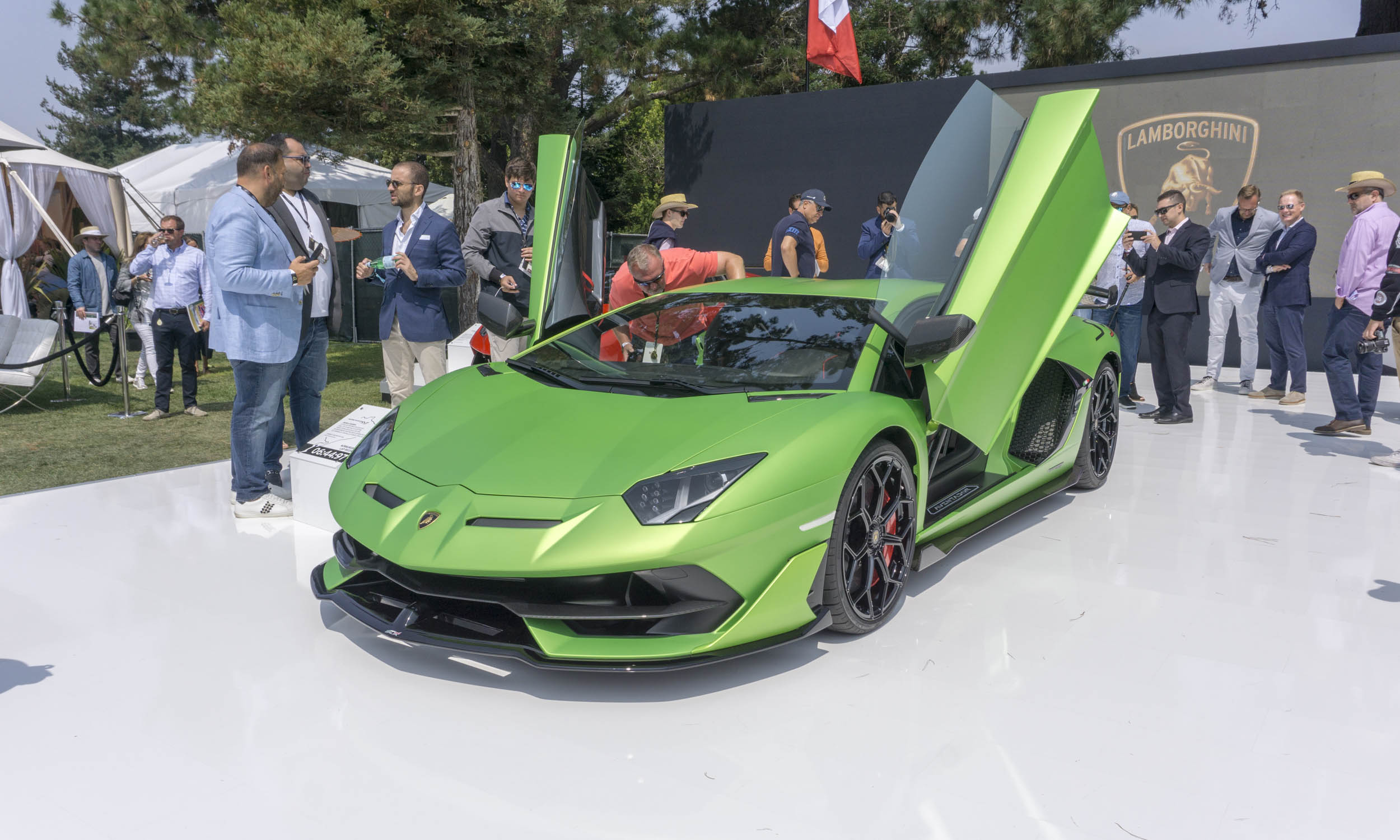 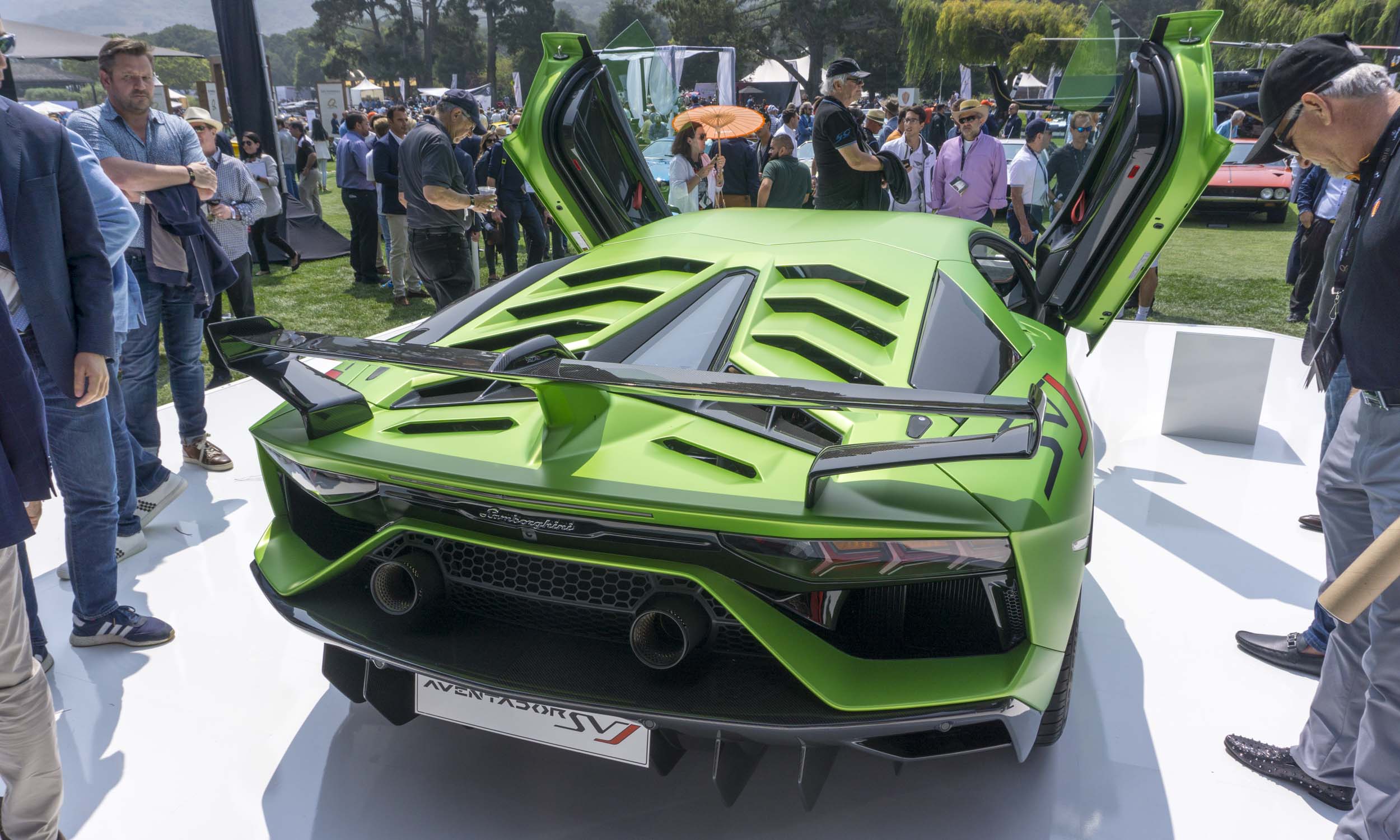 Lamborghini Aventador SVJ
With power sent to all four wheels, the SVJ can reach 62 mph in 2.8 seconds, and 124 mph comes up in 8.6 seconds. 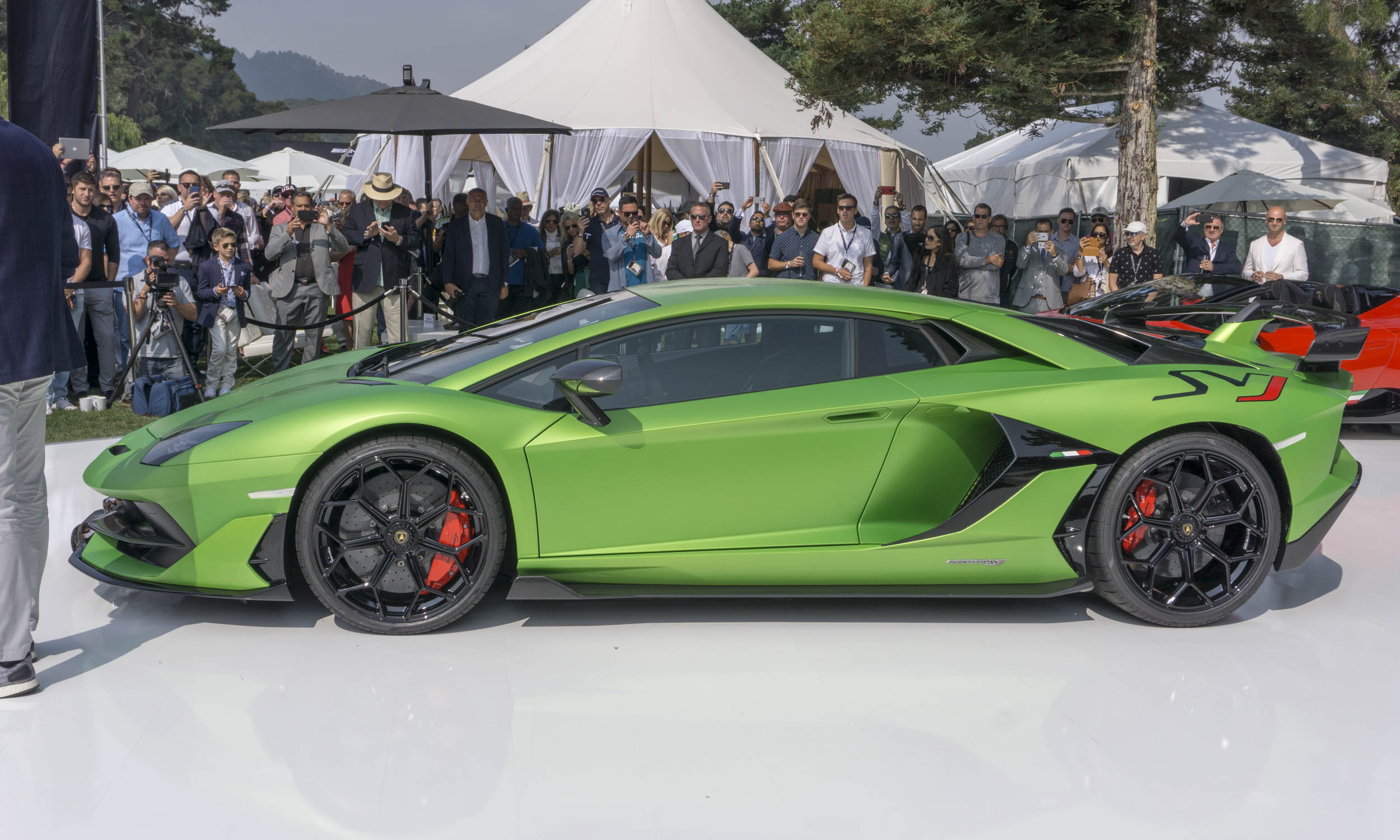 Lamborghini Aventador SVJ
But the most impressive stat is the SVJ’s time around the famed Nürburgring-Nordschleife — this special Aventador completed a lap in 6:44.97 minutes — setting the record for production cars. 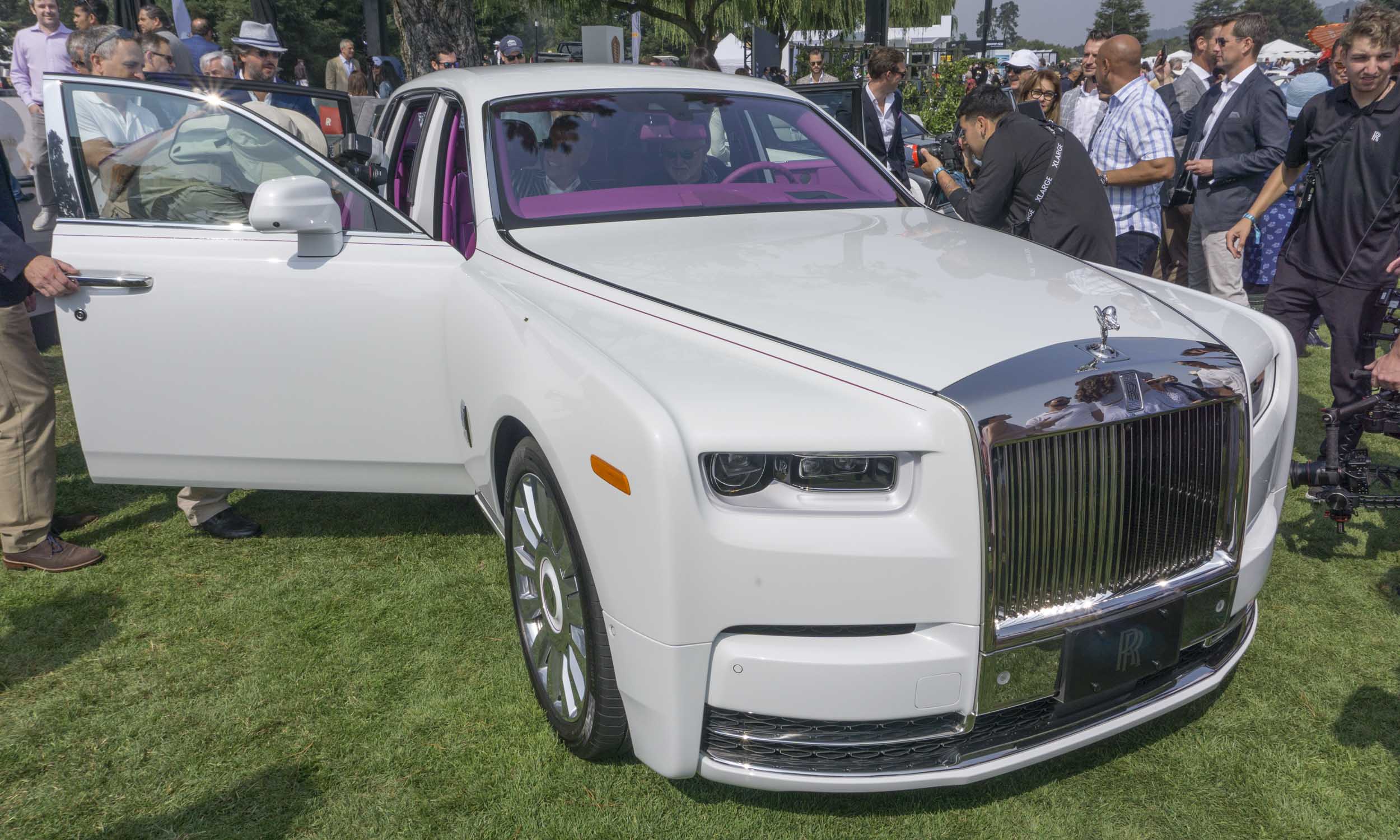 Rolls-Royce Phantom for Michael Fux
In what has become a tradition, car collector Michael Fux took delivery of his latest bespoke Rolls-Royce at The Quail. The unique Phantom Extended Wheelbase was painted in Fux Intense Fuxia Pearl, which was the seventh unique color name reserved exclusively for Mr. Fux. The special pearl paint was mixed with flakes of Fux Fuxia in seven layers, then hand polished with a glimmer of bright Fuxia. 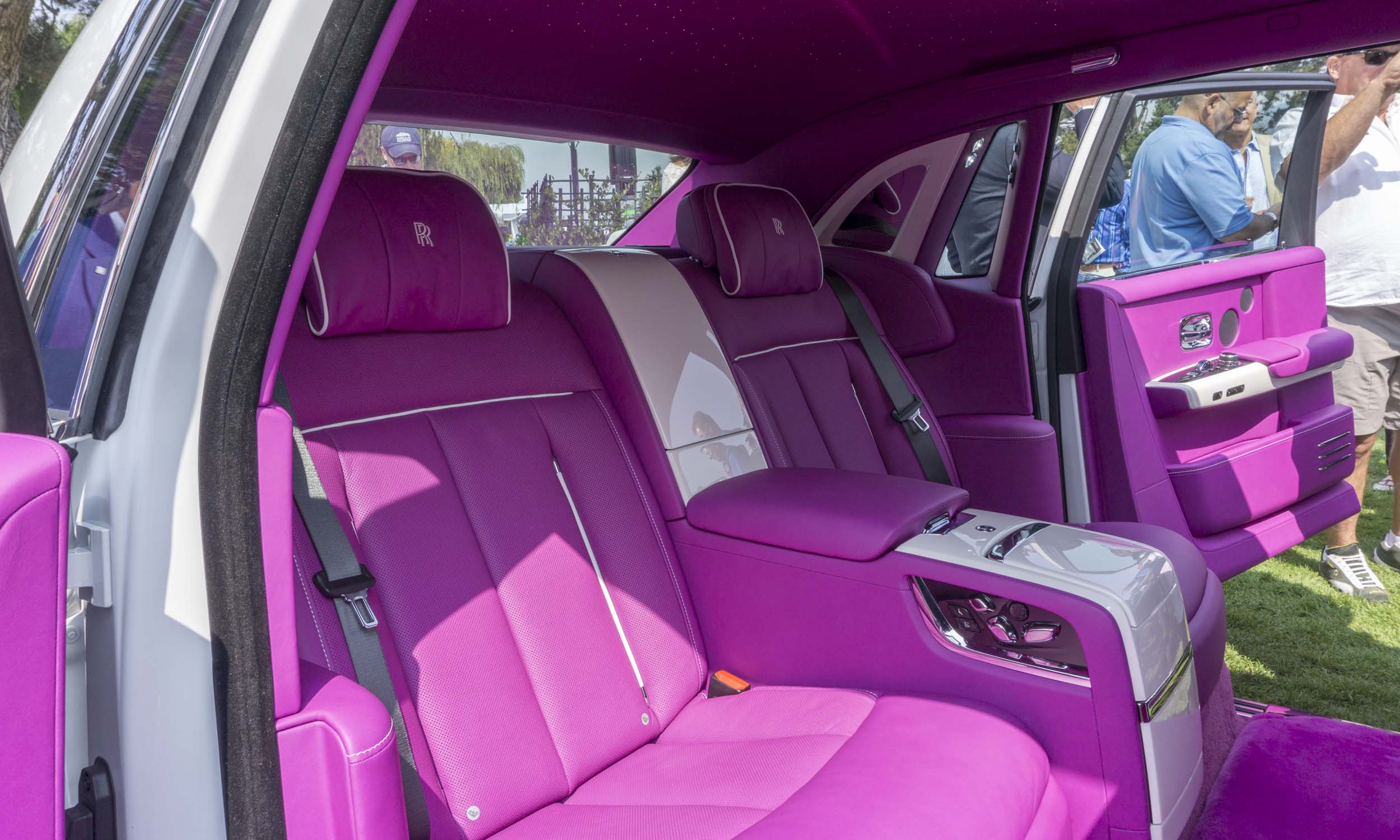 Rolls-Royce Phantom for Michael Fux
The interior is a bit brighter, trimmed in Fuxia and Arctic White. This was the first time Mr. Fux had seen his new Rolls, and he was quite pleased with how it turned out. 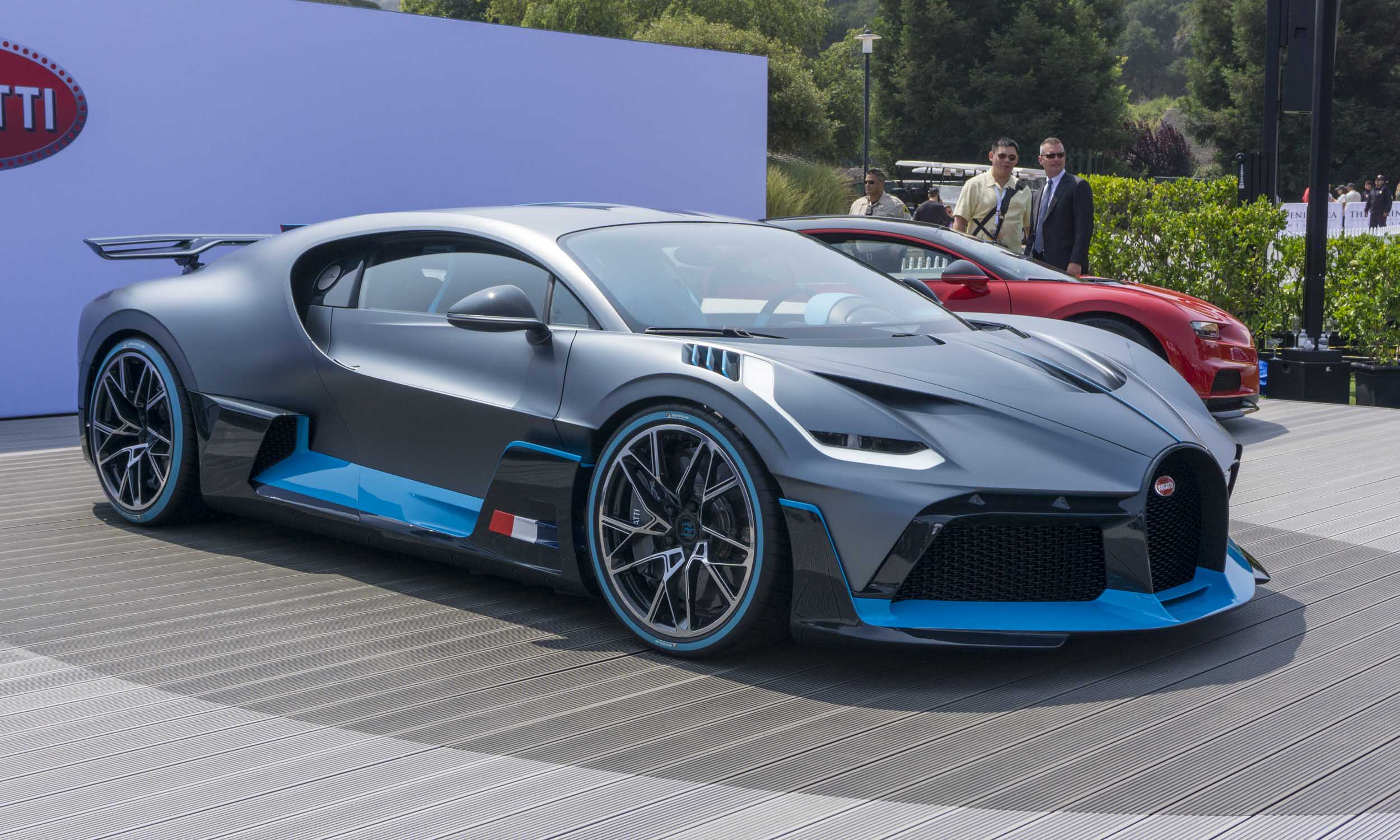 Bugatti Divo
When it comes to the most extreme sports car on the planet, most auto aficionados will think of the Bugatti Chiron. However, Bugatti felt it could make a special version that would not only be even more exclusive, but also offer better handling and performance. 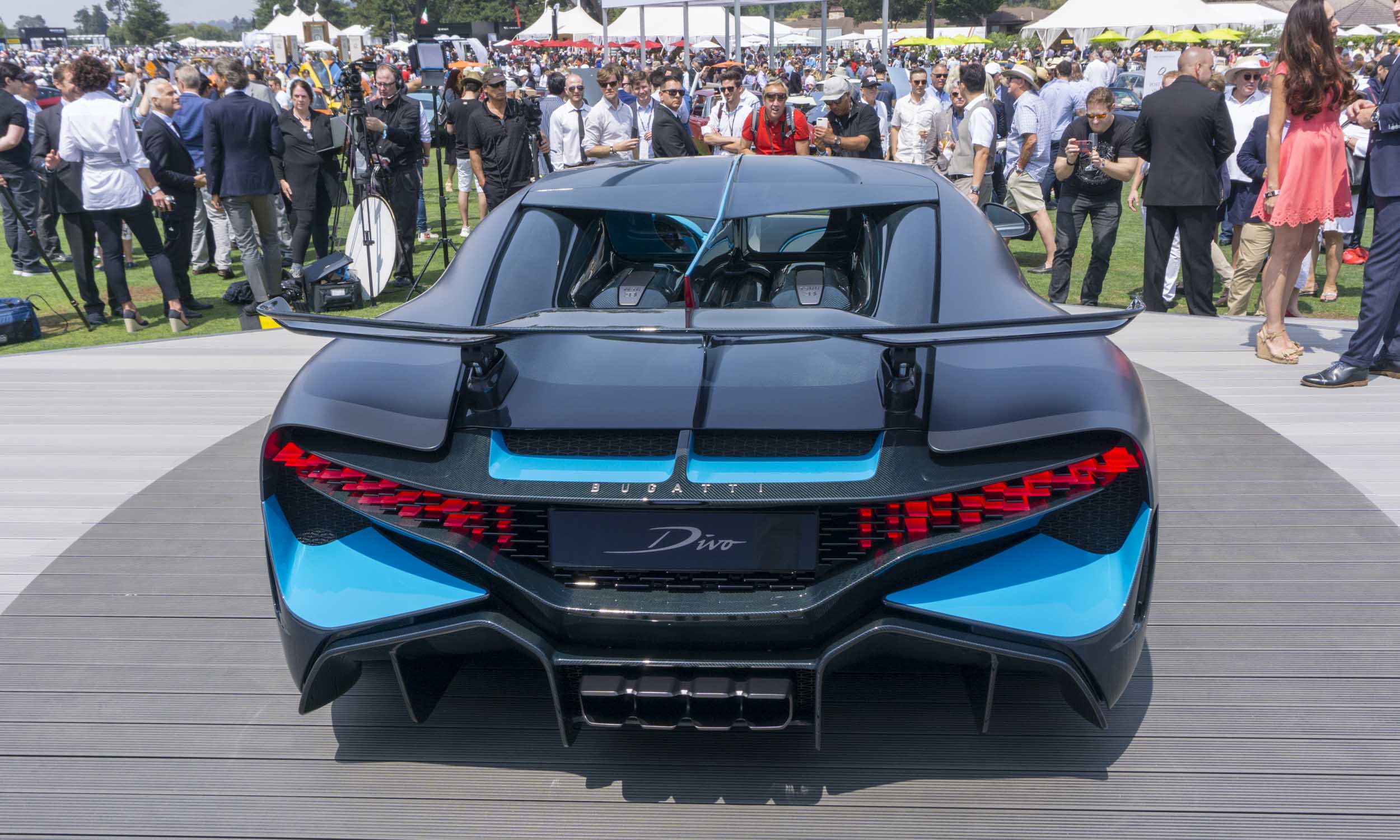 Bugatti Divo
The Bugatti Divo made its world debut at The Quail, A Motorsports Gathering, sporting aero and performance updates that set it apart from the “standard” Chiron both in looks and ability. While the Divo’s maximum speed is limited to “only” 236 mph, it will still sprint to 62 mph in a mere 2.4 seconds but can also corner at 1.6 g of lateral acceleration. 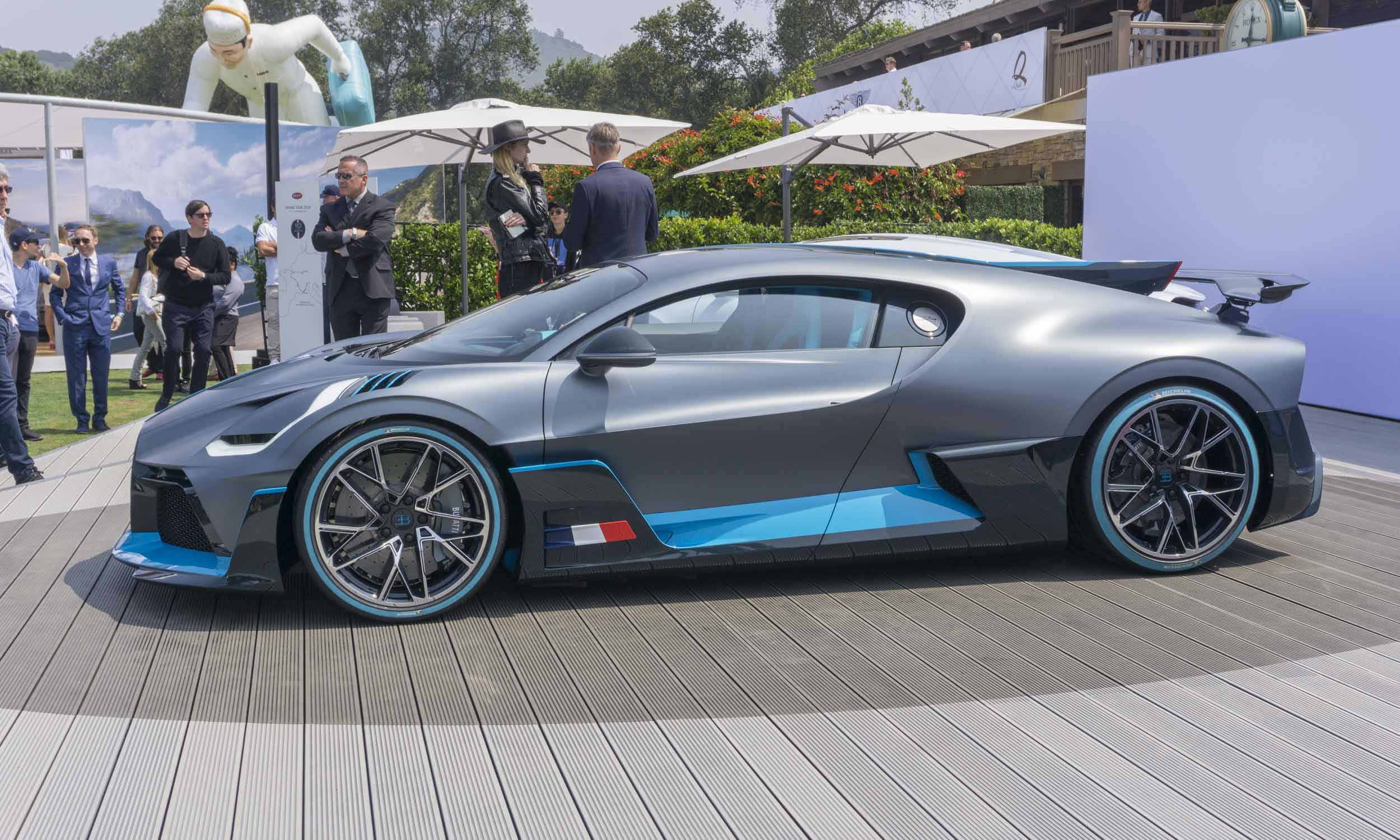 Bugatti Divo
Priced around $6 million, all 40 planned copies of the Divo have already been sold.