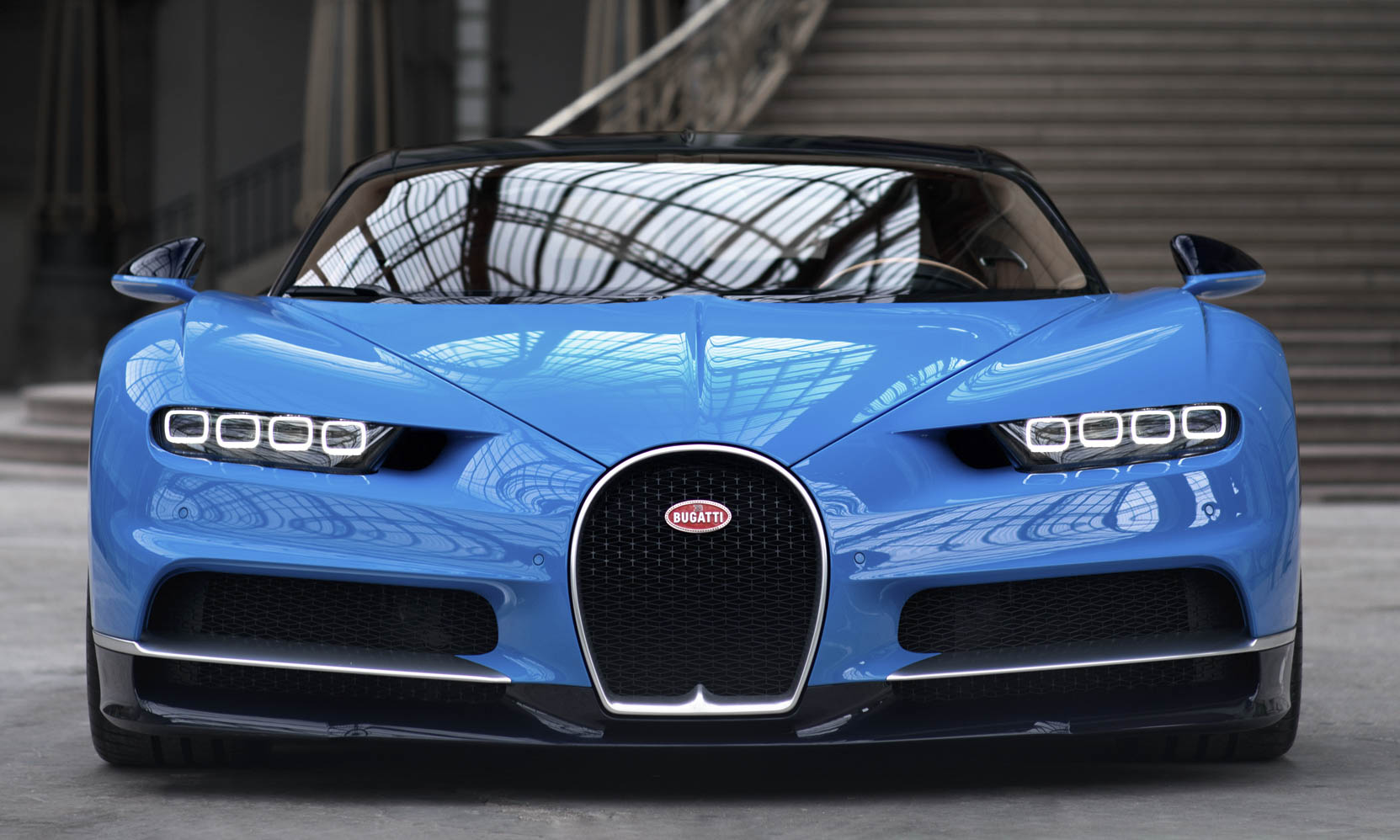 © Bugatti Automobiles S.A.S.
A Religious Experience
Several factors get taken into consideration when discussing the performance of a sports car, although the first stat usually cited in auto buff books or during heated car-nut conversations is horsepower. More horsepower usually means more speed, which in a sports car can mean more excitement as well as bragging rights. The members of the following exclusive “club” possess the ultimate bragging rights for their owners: to join a car must have at least 700 horsepower — four to five times that of a typical sedan such as a Toyota Camry. So, feast your eyes on the current members of a very exclusive 700 Club, listed in alphabetical order. 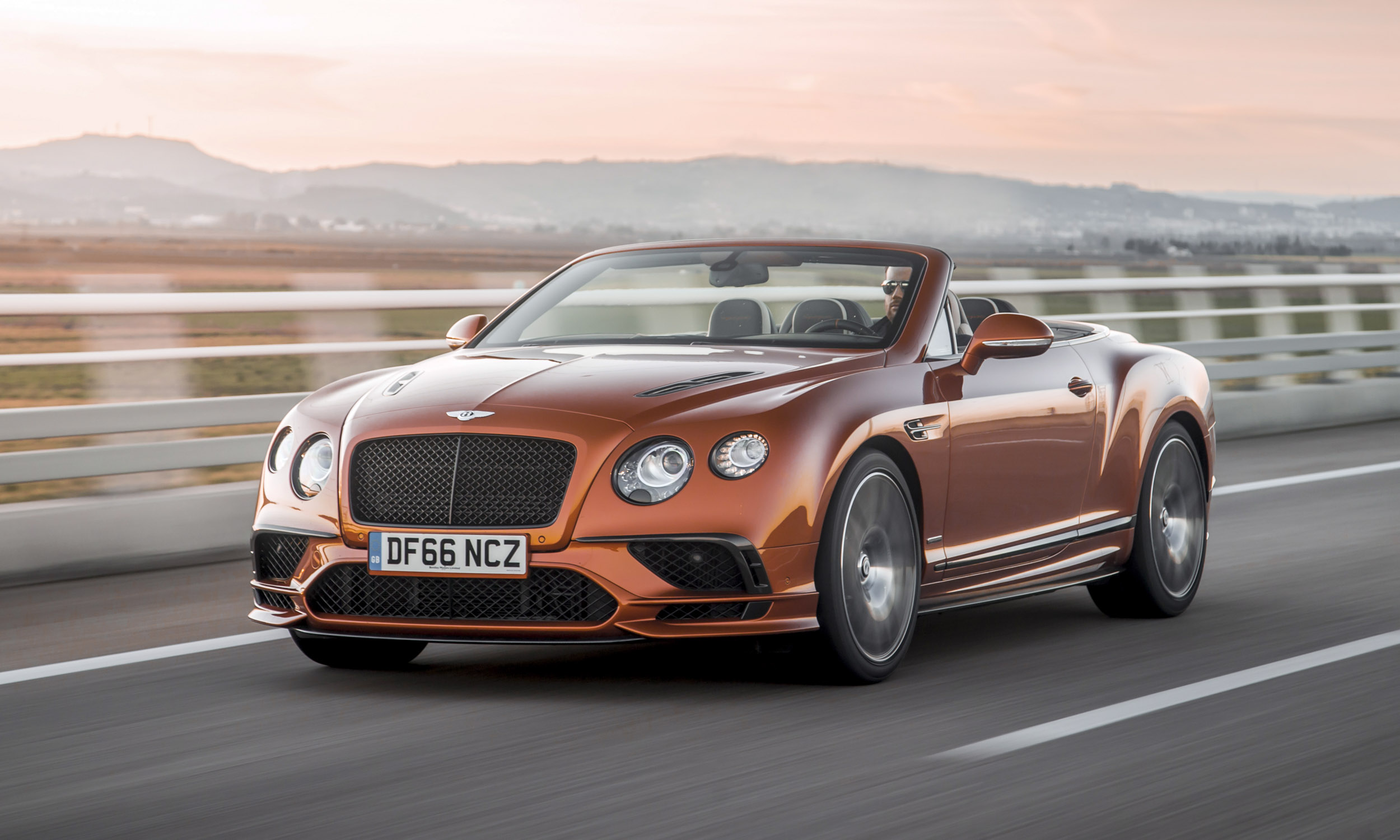 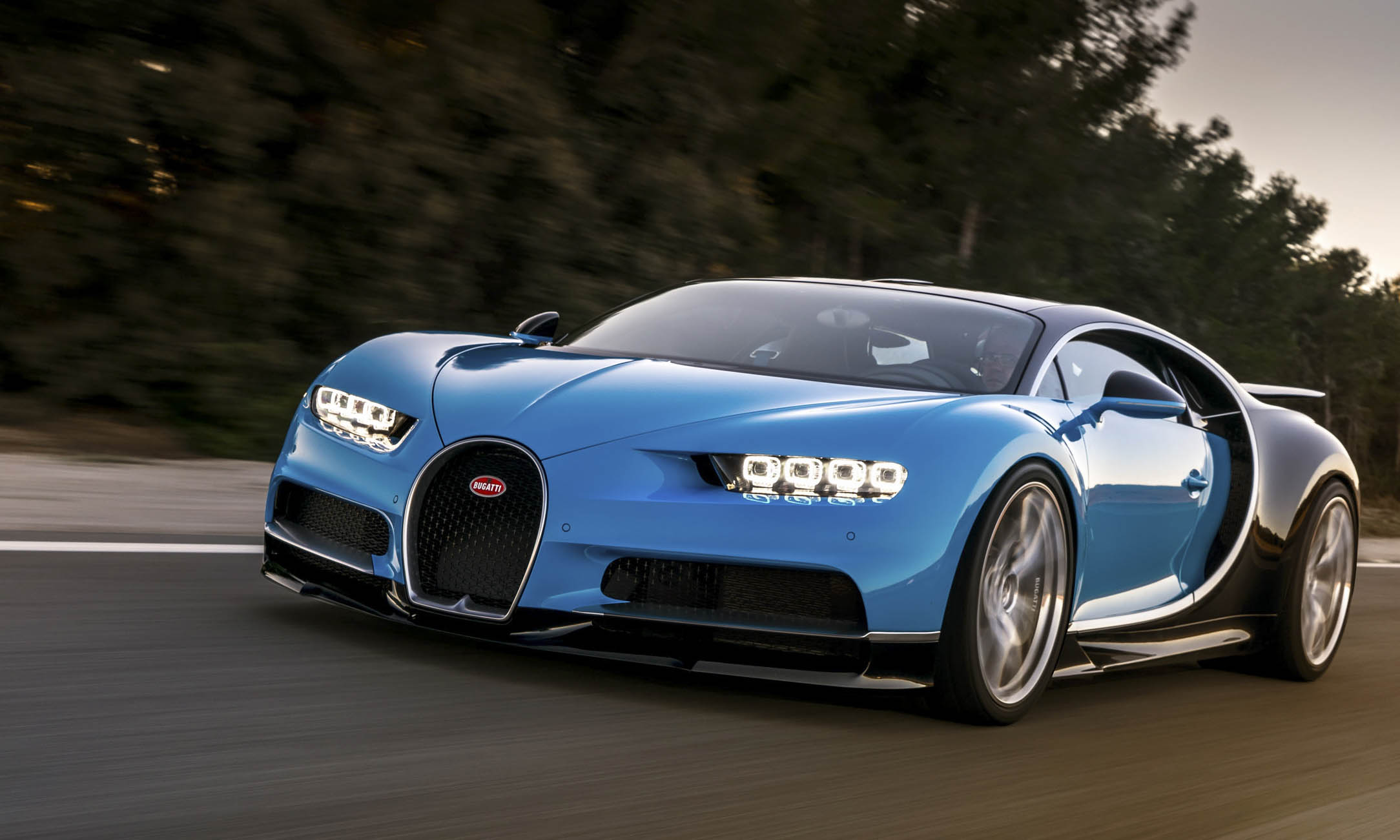 © Bugatti Automobiles S.A.S.
Bugatti Chiron
Horsepower: 1500
MSRP: $2,600,000
When the only car you sell is a 1200-horsepower 250-plus mph exotic sports car, building a successor is a bit of a challenge. Bugatti managed to improve on the original with the brand-new Chiron. Powering the Chiron is a newly-developed 8.0-liter quad-turbo W16 engine producing 1500 horsepower and an insane 1180 lb-ft of torque, available as low as 2000 rpm. The Chiron uses a new 2-stage turbocharging system that starts out with just two turbos engaged for quicker acceleration — at 3700 rpm the other two turbos kick in. Performances numbers are staggering. The Chiron reaches 62 mph in less than 2.5 seconds, 124 mph in around 6.5 seconds and — most amazing of all — 186 mph in less than 13.6 seconds. Good for more than just straight-line speed, this super sports car can achieve 1.5 Gs in lateral acceleration, and with new high-performance carbon-ceramic brakes the Chiron can reach a full stop from 62 mph in just over 100 feet. 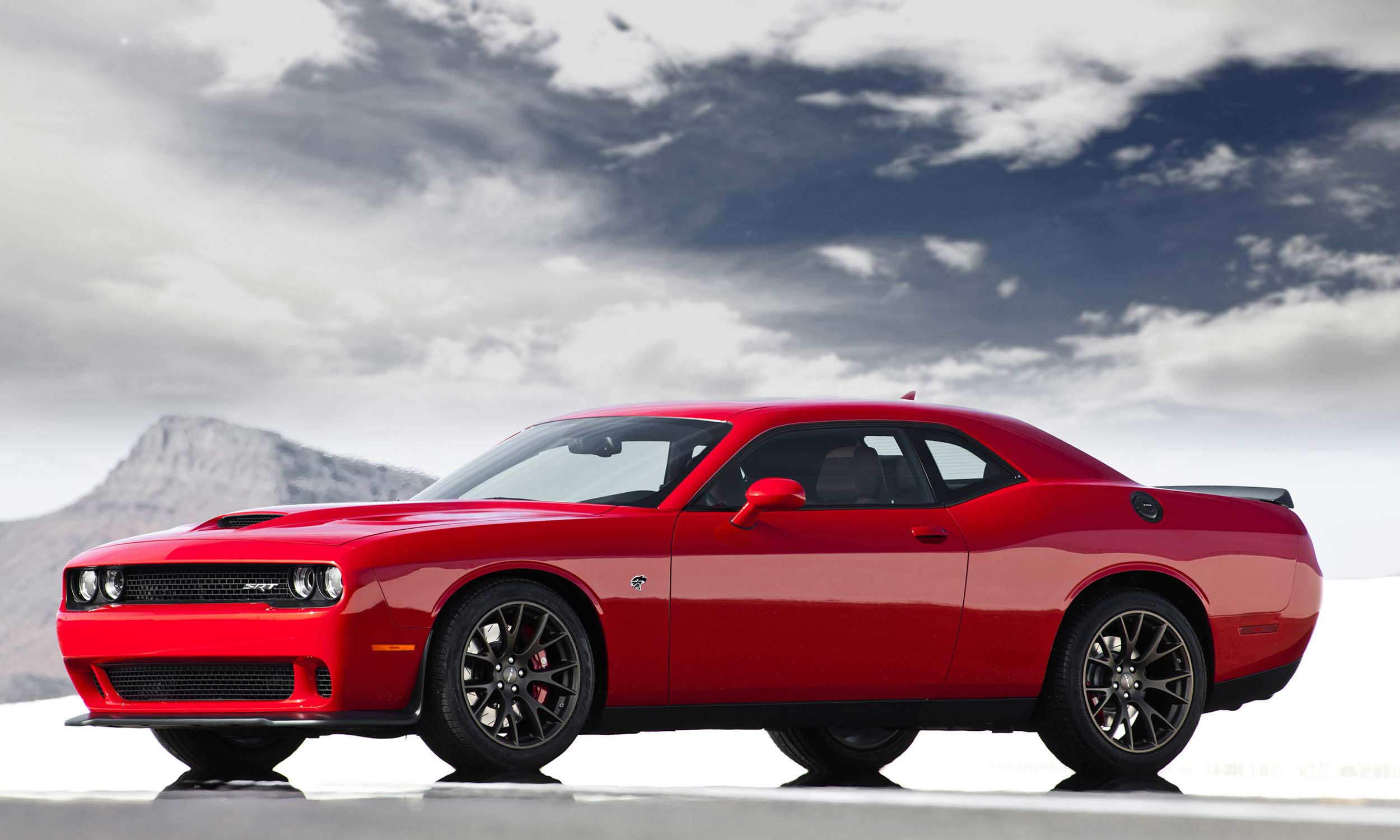 © FCA US
Dodge Challenger SRT Hellcat
Horsepower: 707
MSRP: $62,495
If you’re looking to join the 700 Club, the Challenger SRT Hellcat is the least expensive way to do it — there really isn’t a better value for bulk horsepower. This classic-looking Hellcat has heavy design influences from early ‘70s Challengers, but — unlike those classic models — the modern-day Challenger boasts the first production use of a supercharger on a HEMI V8, resulting in a massive 707 horsepower. All that grunt means this hep cat hits 60 mph in under 4 seconds with a top speed of almost 200 mph. Even more impressive, this beast can seat up to five passengers and is rated at 22 mpg on the highway. You’d think something this special would be a limited edition, but it’s not — you can buy one at your local Dodge dealer. That said, demand is high so you might have to wait in line. 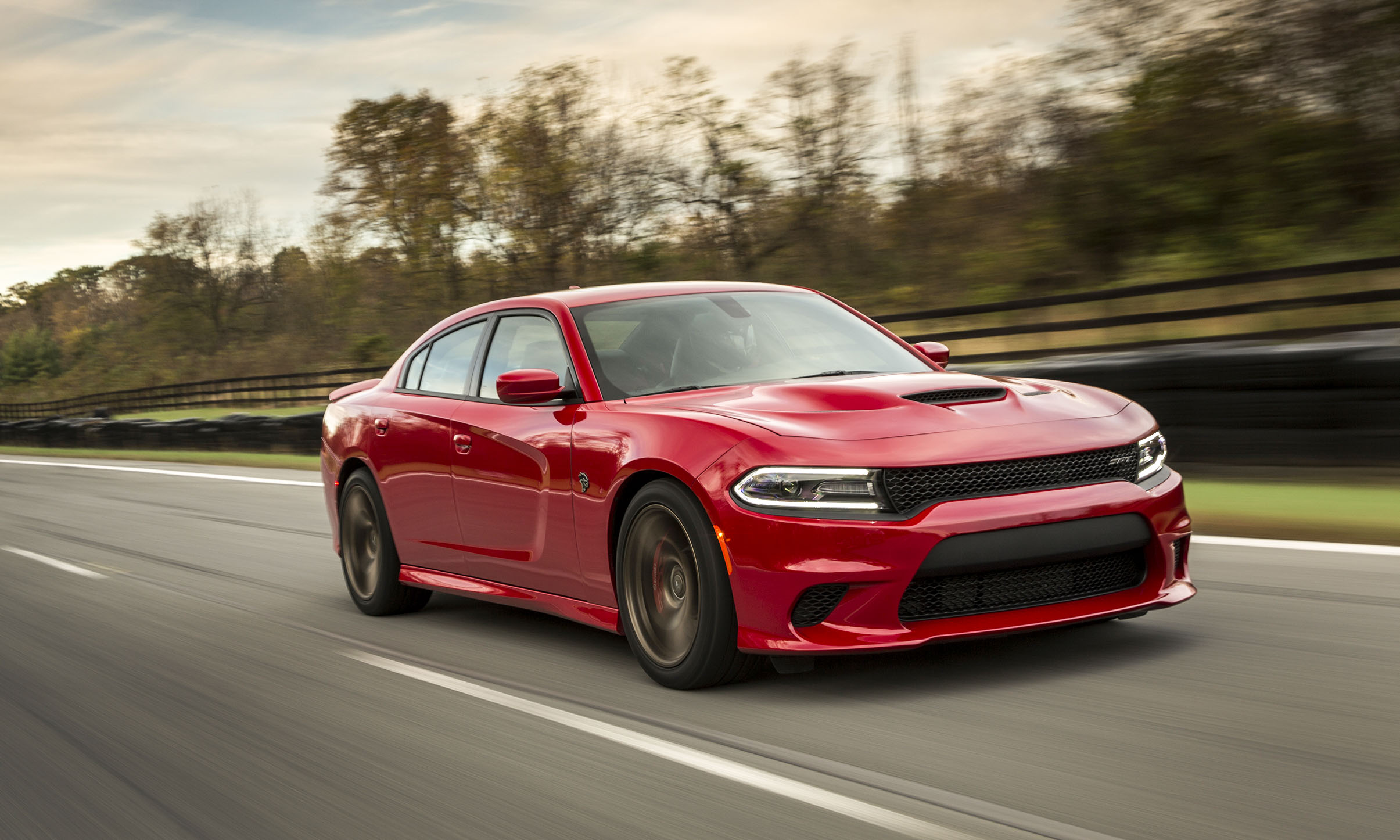 © FCA US
Dodge Charger SRT Hellcat
Horsepower: 707
MSRP: $65,945
Not that long ago, only ultra-exotics from small factories could offer more than 700 horsepower — and certainly nothing with four doors. Meet the Dodge Charger SRT Hellcat. Like its 2-door sibling, this family-sized sedan sports a supercharged 6.2-liter HEMI V8 engine that puts out a crazy 707 horsepower and 650 lb-ft of torque. And if prodigious power doesn’t make the SRT Hellcat stand out from the crowd (it does), it also seats five comfortably, has all the latest high-tech convenience features and possesses road manners that make it pleasant enough to drive every day. Unlike most family cars, the Hellcat can pass a quarter mile in just 11 seconds and boasts a top speed of 204 mph. 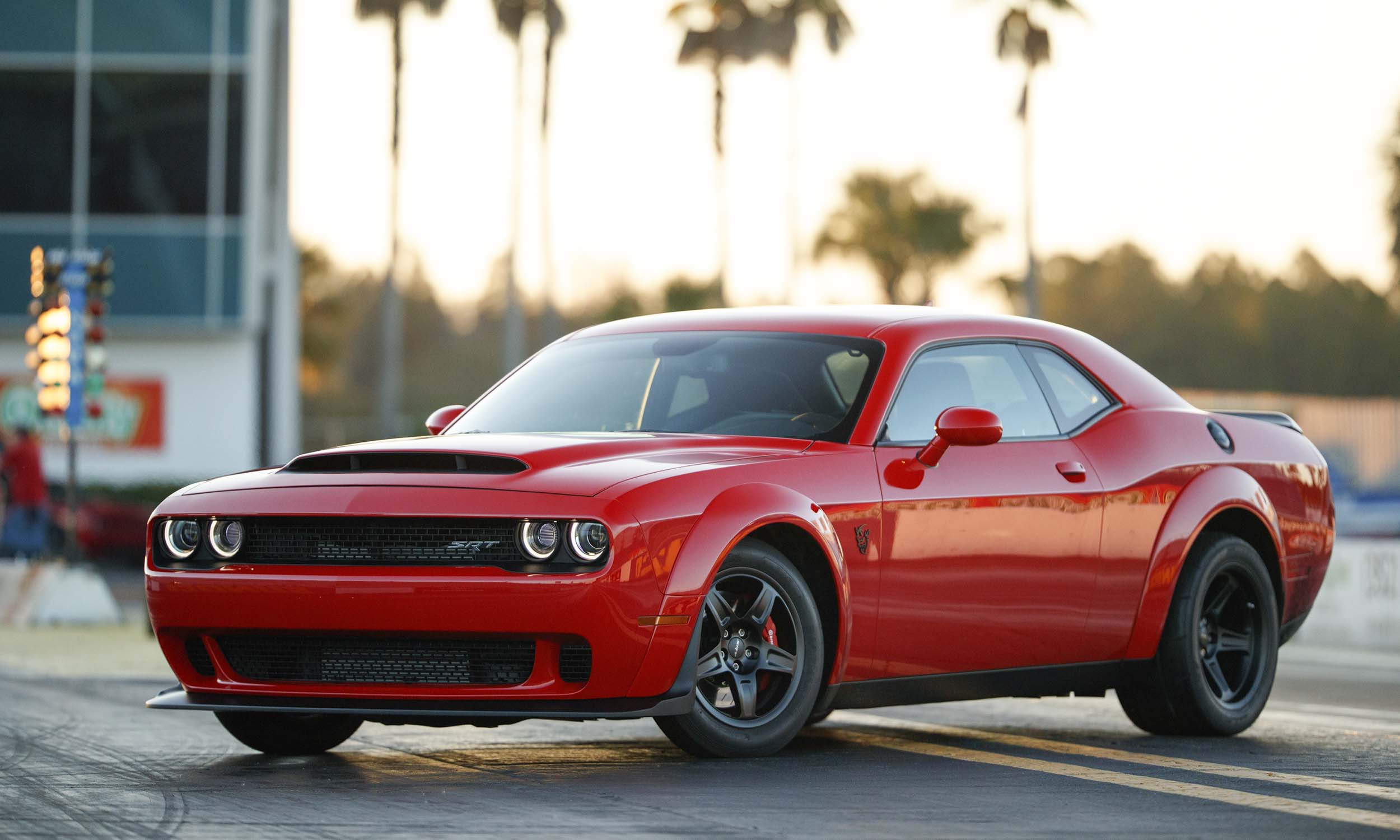 © FCA US
Dodge Challenger SRT Demon
Horsepower: 840
MSRP: $84,995
If you thought 707 horsepower in the Dodge Charger or Challenger SRT Hellcat wasn’t enough, you’re in luck. Dodge has now introduced the limited-edition Challenger SRT Demon, powered by a supercharged 6.2-liter HEMI Demon V8 that produces 840 horsepower and 770 lb-ft of torque. The HEMI Demon V8 is the highest horsepower V8 engine ever offered in a production car, and Dodge claims all that much power makes the Demon the fastest production car ever. The stats are without a doubt very impressive: a sprint to 60 mph takes 2.3 seconds, and the Demon can eclipse a quarter mile in an insane 9.65 seconds with a trap speed of 140 miles per hour. The Challenger SRT Demon also is the first production car to lift its front wheels at launch, as certified by Guinness World Records. 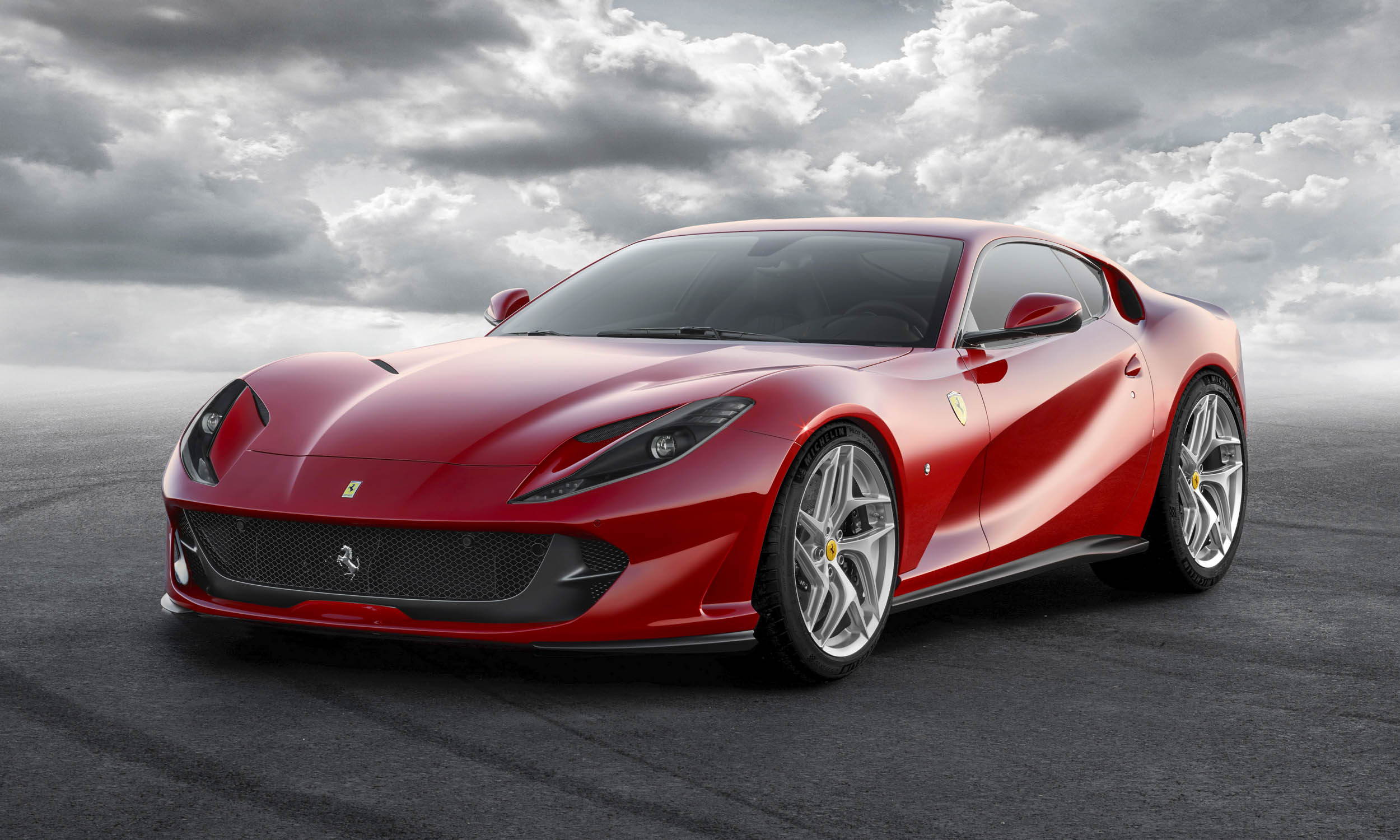 © Ferrari North America
Ferrari 812 Superfast
Horsepower: 789
MSRP: est. $450,000
Throughout its storied history, the Italian automaker synonymous with speed and style has affixed the Superfast moniker to a select number of vehicles, and this new Ferrari certainly deserves the designation. This is the latest V12 Ferrari to come from Maranello, a successor to the outrageous F12 tdf (see next entry). Billed as one of the most powerful and fastest Ferraris in the marque’s history, the 812 Superfast boasts a new 6.5-liter V12 engine that produces a mind-boggling 789 horsepower at 8500 rpm — and an exhaust note we cannot wait to hear. Torque is rated at 530 lb-ft; 80 percent of which is available at a low 3500 rpm. Ferrari says 62 mph (100 kph) is achieved in a mere 2.9 seconds, with a top speed somewhere north of 211 mph. 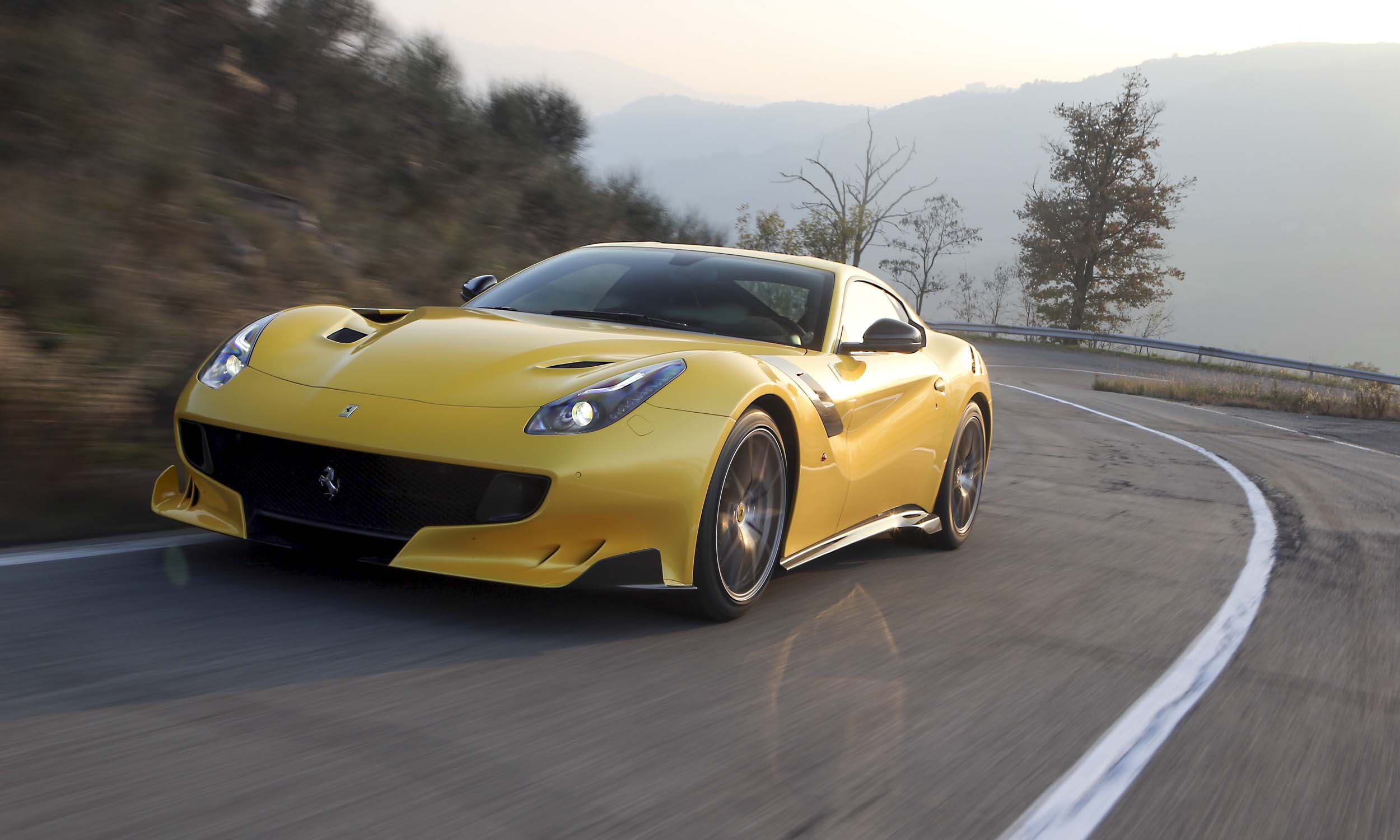 © Ferrari S.p.A
Ferrari F12 tdf
Horsepower: 770
MSRP: est. $450,000
Paying homage to the legendary Tour de France road race that Ferrari dominated in the 1950s and ‘60s, the Italian car company introduced this extreme version of the already over-the-top Ferrari F12. Designed to be equally at home on the track as it is on the road, the F12tdf is powered by a 6.3-liter V12 engine that generates 770 horsepower and 520 lb-ft of torque. Performance is impressive, as expected: 62 mph arrives in 2.9 seconds, 124 mph in under 8 seconds and top speed is more than 200 mph. The tdf boasts 87 percent more downforce than the standard F12, which combined with considerable weight savings and additional updates makes for impressive road holding and agility. Only 799 tdfs were slated to be produced. 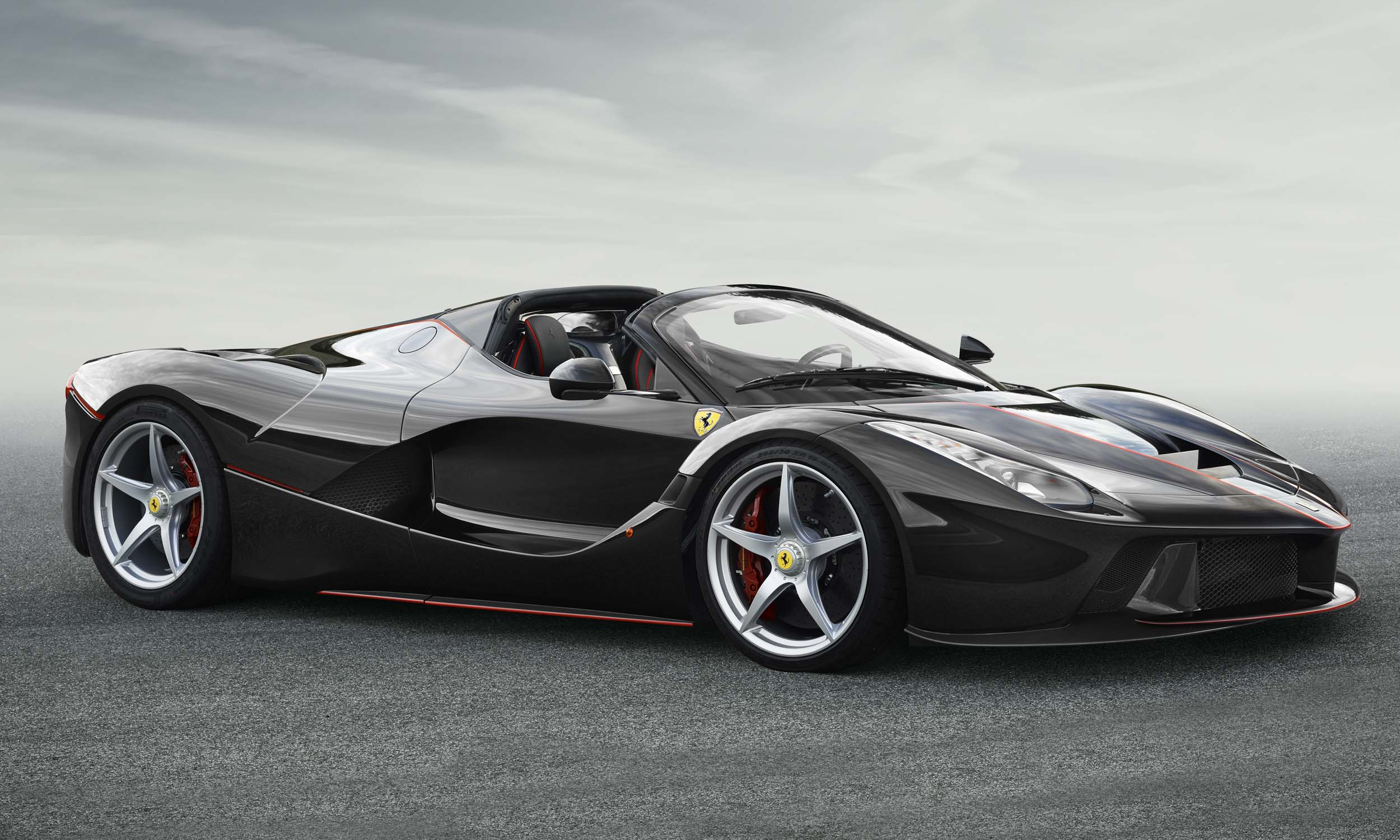 © Ferrari S.p.A
Ferrari LaFerrari Aperta
Horsepower: 949
MSRP: $2,000,000 (est)
Ever since Ferrari took the wraps off the extreme LaFerrari, there had been rumors that an open-top version was in the works. No longer a rumor, the LaFerrari Aperta made its official debut last fall at the Paris Motor Show. The open-top hypercar maintains the same torsional rigidity as the hardtop and utilizes the same V12 hybrid powerplant that produces an astounding 949 horsepower. Drivers and passengers will need to hold onto their hats in this convertible — 60 mph arrives in under 3 seconds, 120 mph in less than 7 ticks and top speed is close to 220 mph. Only 209 Apertas will be built — 200 for customers and nine that will be kept by Ferrari for shows and other promotional opportunities. Don’t fret too much about the hefty price tag: Ferrari says all 200 have been sold. 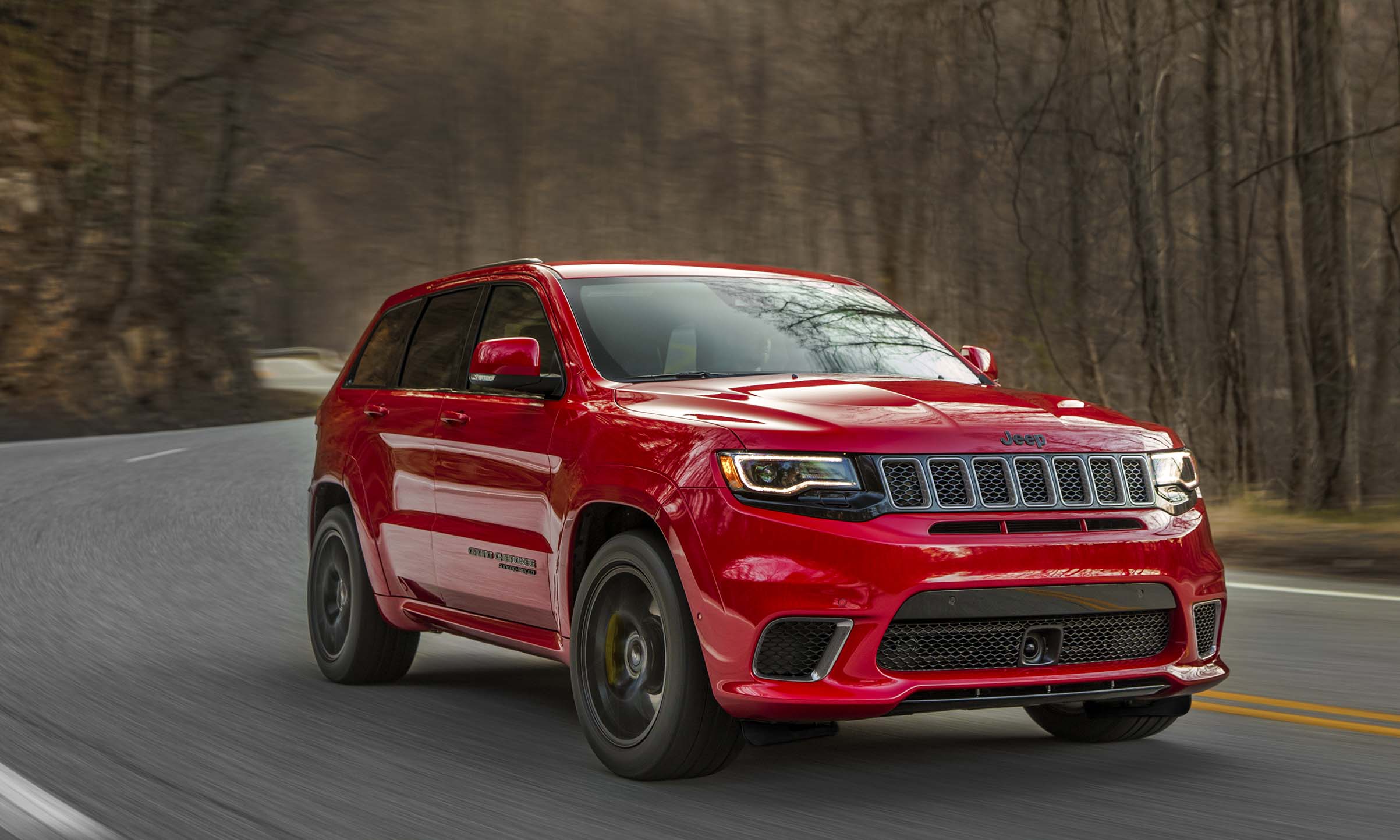 © FCA US
Jeep Grand Cherokee Trackhawk
Horsepower: 707
MSRP: TBA
For years there have been rumors about dropping the vaunted Hellcat engine into a Jeep Grand Cherokee. The rumors were put to rest at the New York Auto Show earlier this year, when the all-new Grand Cherokee Trackhawk made its debut. Taking a page from the Hellcat guide to horsepower, the new extreme Jeep will boast a supercharged 6.2-liter V8 engine putting out a ridiculous 707 horsepower and 645 lb-ft of torque, teamed with an upgraded high-torque capacity TorqueFlite 8-speed automatic transmission. This engine has already proven itself in the Dodge Charger Hellcat and Challenger Hellcat, but this will be the first application in an all-wheel-drive vehicle. With power being sent to all four wheels, the Trackhawk screams to 60 mph in 3.5 seconds with a top speed of 180 mph. Jeep claims the Trackhawk is the most powerful and quickest SUV on the market. We don’t see any reason to argue. 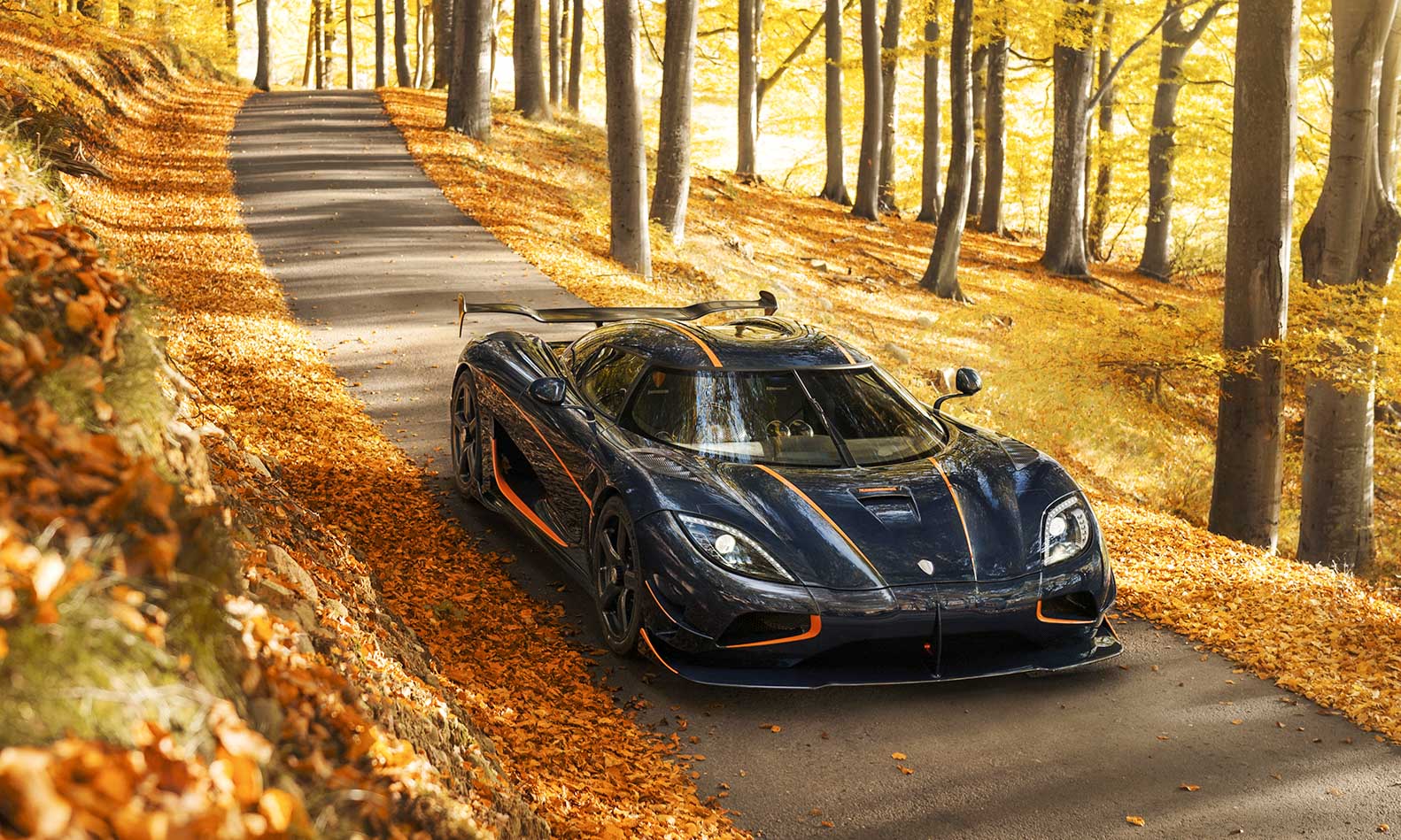 © Koenigsegg
Koenigsegg Agera RS
Horsepower: 1160
MSRP: $1,500,000 (est)
Swedish company Koenigsegg has developed a reputation for building extreme sports cars, and the new Agera RS certainly falls into that category. The RS outperforms the Agera R with advanced lightweight sound insulation, an all-new front splitter optimized for the track, front winglets, side skirts, an advanced dynamic underbody flap system and a dynamically active rear spoiler. The Koenigsegg’s twin-turbo aluminum 5.0-liter V8 engine puts out a massive 1160 horsepower resulting in extraordinary acceleration — 62 mph in 2.8 seconds, and in a bit over 12 seconds this unique sports car has passed 186 mph on its way to a top speed well in excess of 200 mph. According to Koenigsegg, the Agera RS can also corner at up to 1.8 Gs. Only 25 are set to be built, and they won’t be cheap. 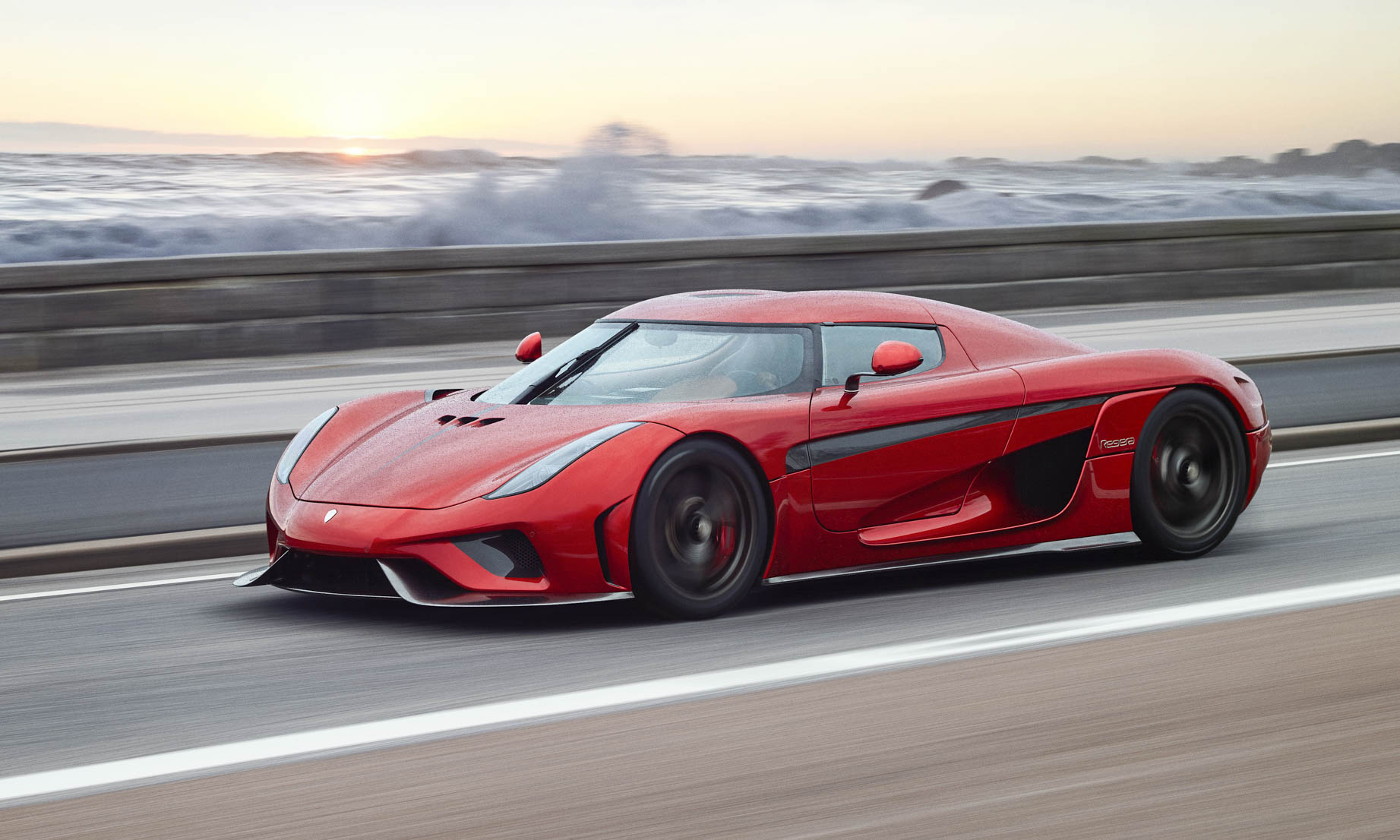 © Koenigsegg AG
Koenigsegg Regera
Horsepower: 1500
MSRP: $1,890,000
Designed to offer more luxury than the typical extreme offering from Swedish carmaker Koenigsegg, the Regera gets a luxurious interior featuring memory-foam power seats, a 9-inch display screen, Wi-Fi connectivity, Apple CarPlay and ambient lighting. But no matter how this car is appointed, the Agera is all about performance. Powering this supercar is a twin-turbo V8 engine teamed with three electric motors via a unique direct-drive system. With more than 700 horsepower from the electric motors alone, combined output exceeds 1500 horsepower and 1475 lb-ft of torque. Weighing just 3,500 pounds, the Regera will reach 60 mph in 2.7 seconds and — even more impressive — almost 250 mph in less than 20 seconds. 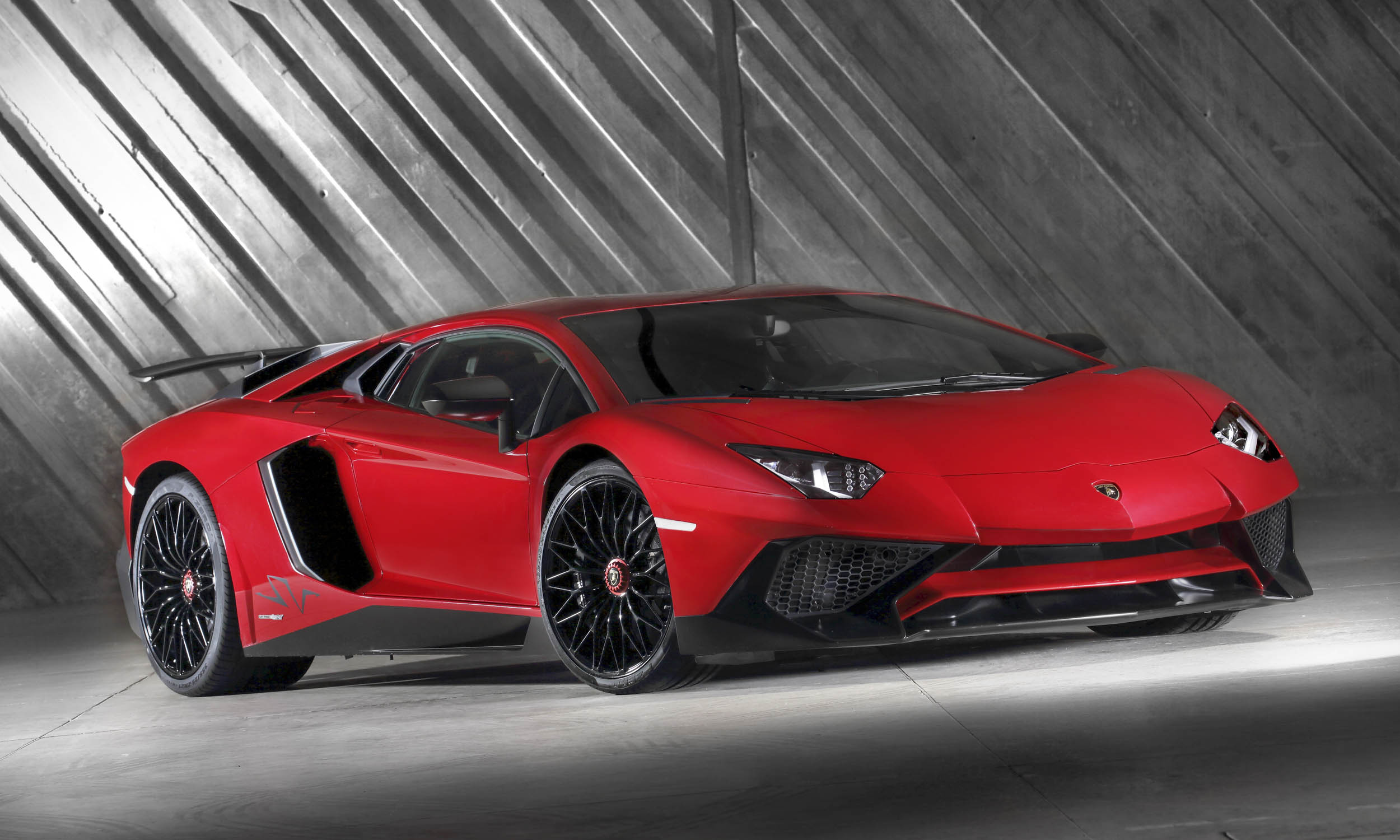 © Automobili Lamborghini
Lamborghini Aventador Superveloce
Horsepower: 750
MSRP: $493,000
Sports cars don’t get much more extreme than Lamborghini, and the Aventador LP 750-4 Superveloce takes extreme to a whole new level. According to former Lamborghini President and CEO Stephan Winkelmann, “The Superveloce is the purest, most sports-oriented and fastest series production Lamborghini ever.” Available as a coupe or roadster, this rare Lambo gets a crazy 750 horsepower from its 6.5-liter normally-aspirated V12 engine, putting all that power to all four wheels. If you happen to be one of the 500 lucky buyers (since 500 will be built), you’ll want to hold on when that right foot goes down — 60 mph comes up in less than 3 seconds with a top speed around 220 mph. 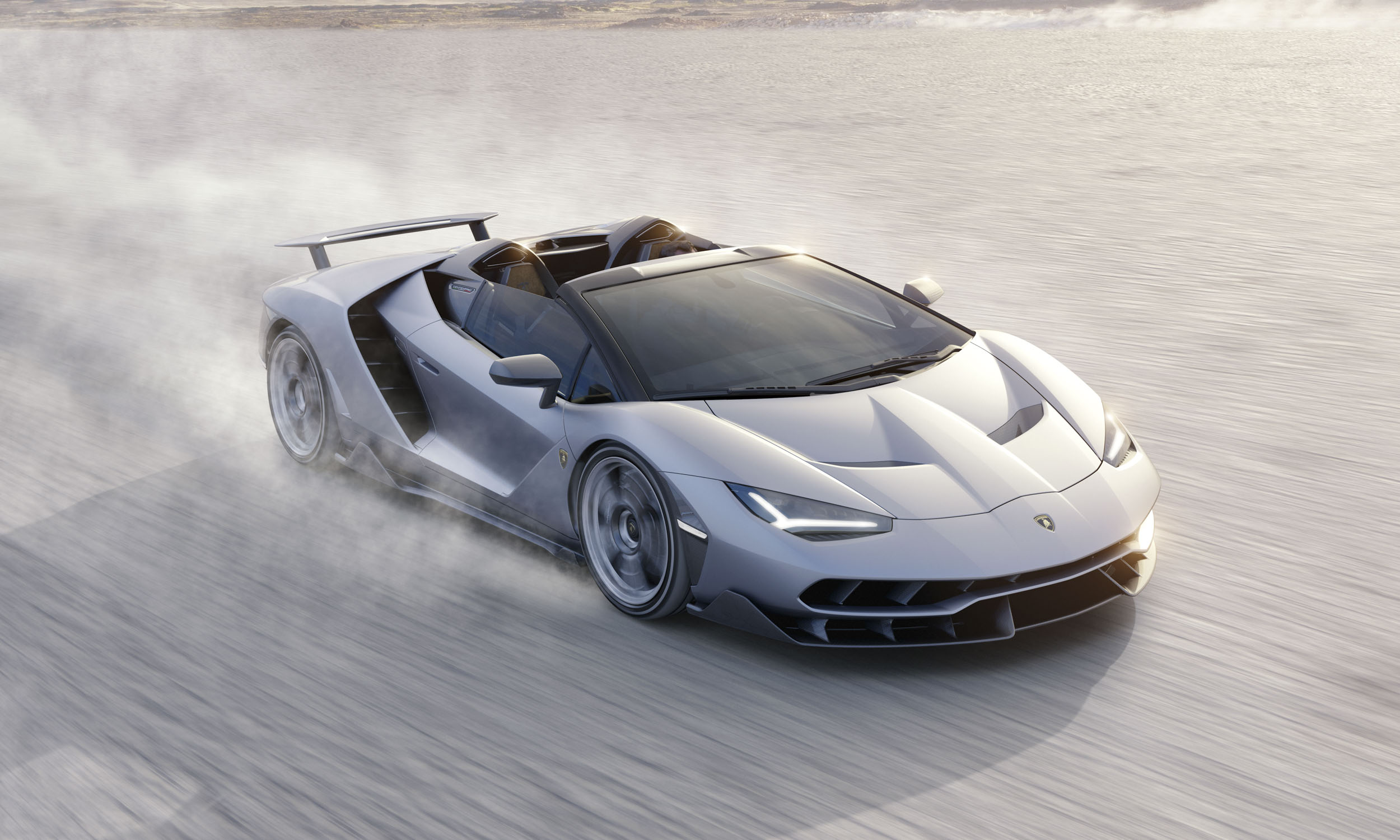 © Automobili Lamborghini
Lamborghini Centenario
Horsepower: 770
MSRP: $2,000,000
In proper tribute to and in celebration of 100 years since Automobili Lamborghini S.p.A. founder Ferruccio Lamborghini’s birth, the company introduced this special limited-edition Centenario. The Centenario is built around a carbon-fiber monocoque covered in a gloss carbon fiber, while the lower parts — including the front splitter, side skirts, wheel arches and rear diffuser — are in matte carbon fiber. Although this Centenario would stand out in any gathering of exotic supercars, it is more than just a pretty (or mean-looking) face. Centenario boasts a 770-horsepower V12 engine — the most powerful engine Lamborghini has ever produced. A limited number of just 20 coupes and 20 roadsters will be produced — and to those who want one, we’re sorry to report that all have been presold. 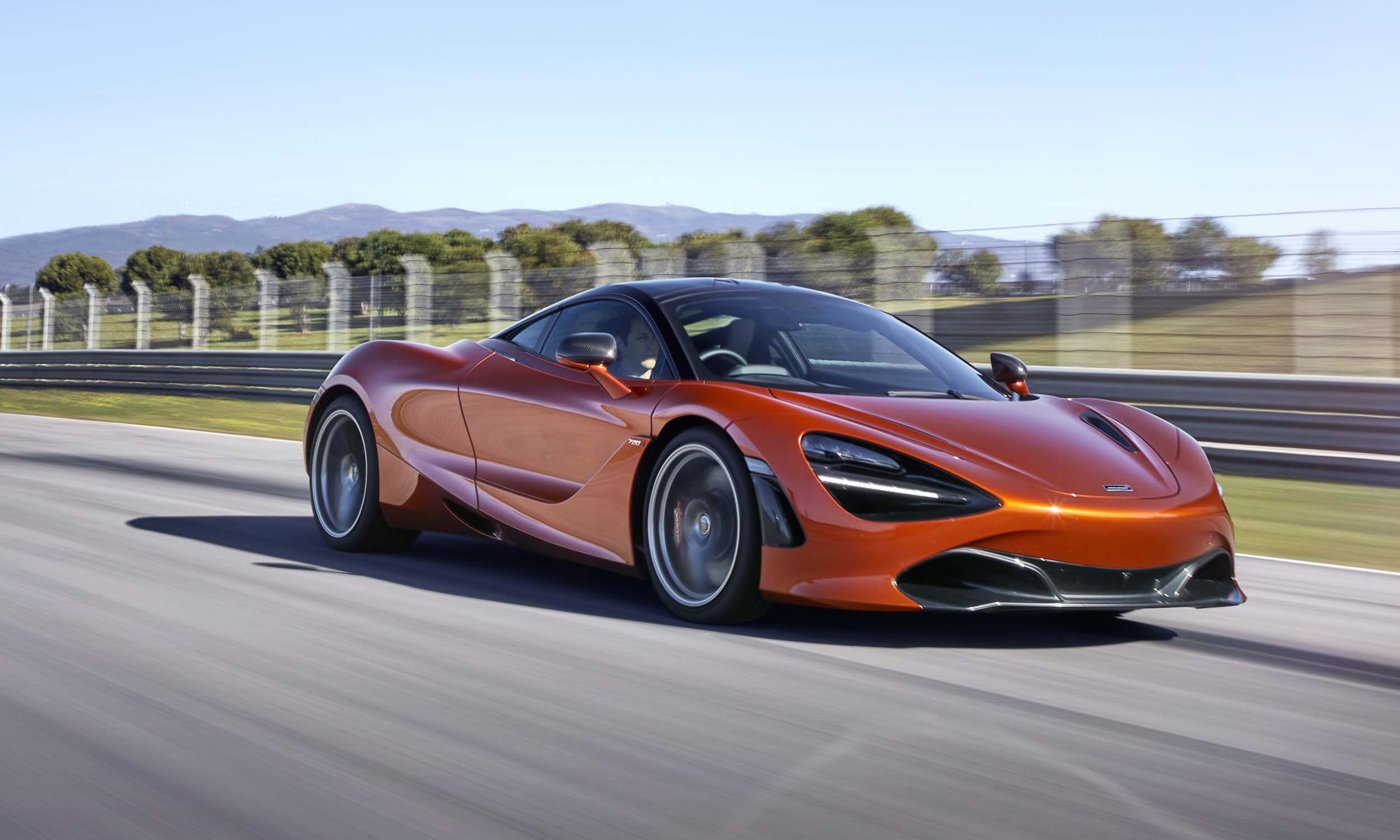 © McLaren Automotive Limited
McLaren 720S
Horsepower 710
MSRP: $284,475
Replacing the McLaren 650S was no easy task, but the all-new 720S is lighter, stiffer and more powerful than the outgoing but still excellent 650S. McLaren’s goal with the new model was to create a wider range of abilities, providing excellent performance both on the road and on the track. At the heart of the 720S is a new 4.0-liter twin-turbo V8 engine producing 710 horsepower and 568 lb-ft of torque, which provides some impressive stats. The sprint to 62 mph takes just 2.9 seconds, 124 mph comes up in 7.8 seconds and at 21.4 seconds the speedometer will be passing 186 mph. Maximum velocity is approximately 212 mph, and the 720S can blow through a quarter mile in a mere 10.3 seconds. All this with a luxurious interior and gorgeous looks. 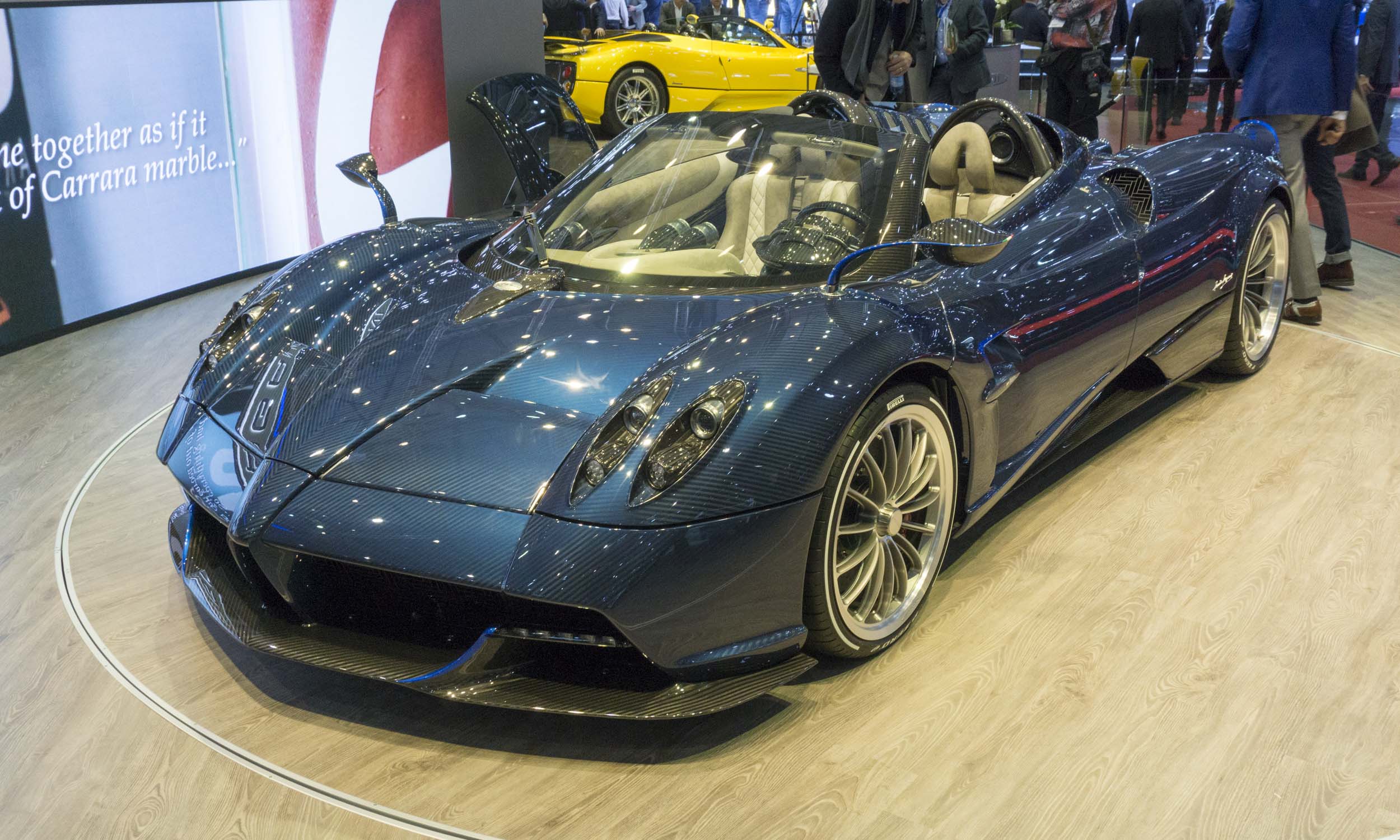 © Perry Stern, Automotive Content Experience
Pagani Huayra Roadster
Horsepower: 764
MSRP: $2,400,000
The Pagani Huayra is one of the most extreme, exclusive vehicles on the road, and the roadster promises to be even more unique. The Huayra gets fitted with an incredibly light hardtop made of carbon and glass. Pagani pundits say the top is very easy to install; however, check the weather before heading out — there’s no place to store the top in the car. A fabric and carbon cover stows on board and can be used in case of emergency. Lighter and stiffer than the coupe, the roadster exhibits the same incredible performance, thanks to its Mercedes-AMG V12 engine tuned to produce 764 horsepower and 738 lb-ft of torque.