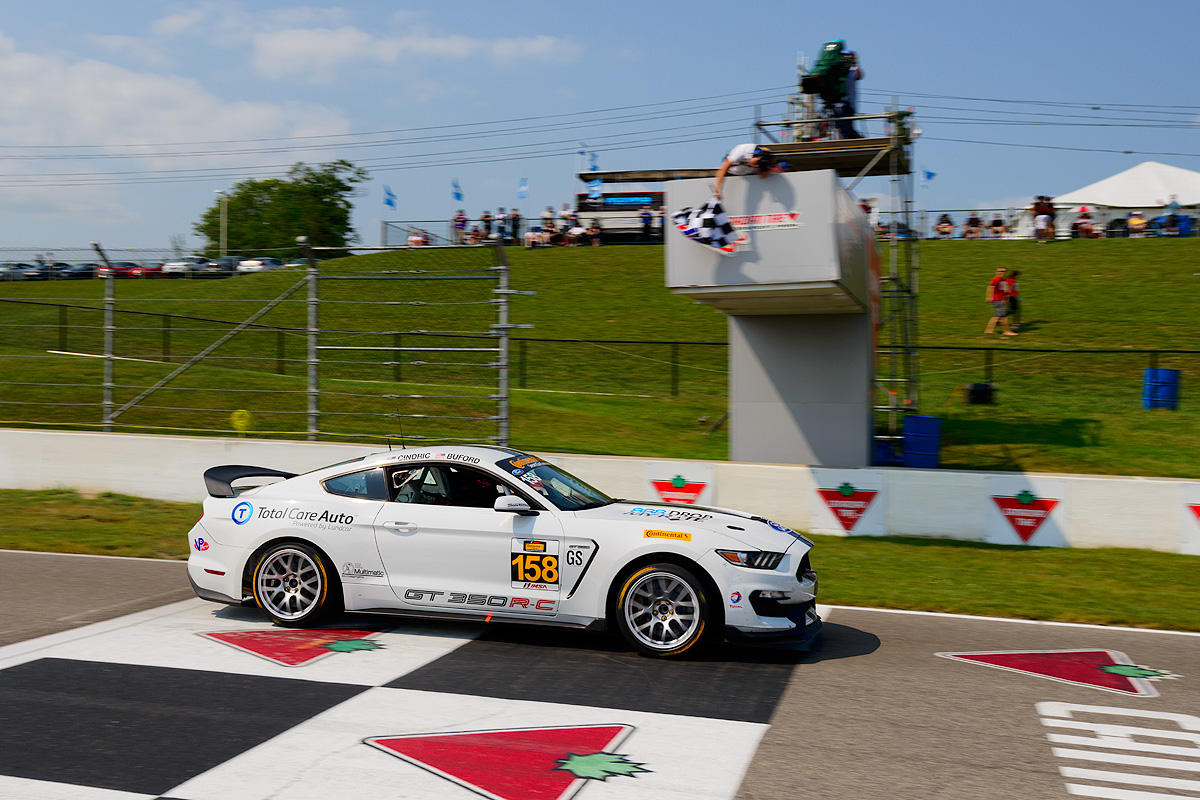 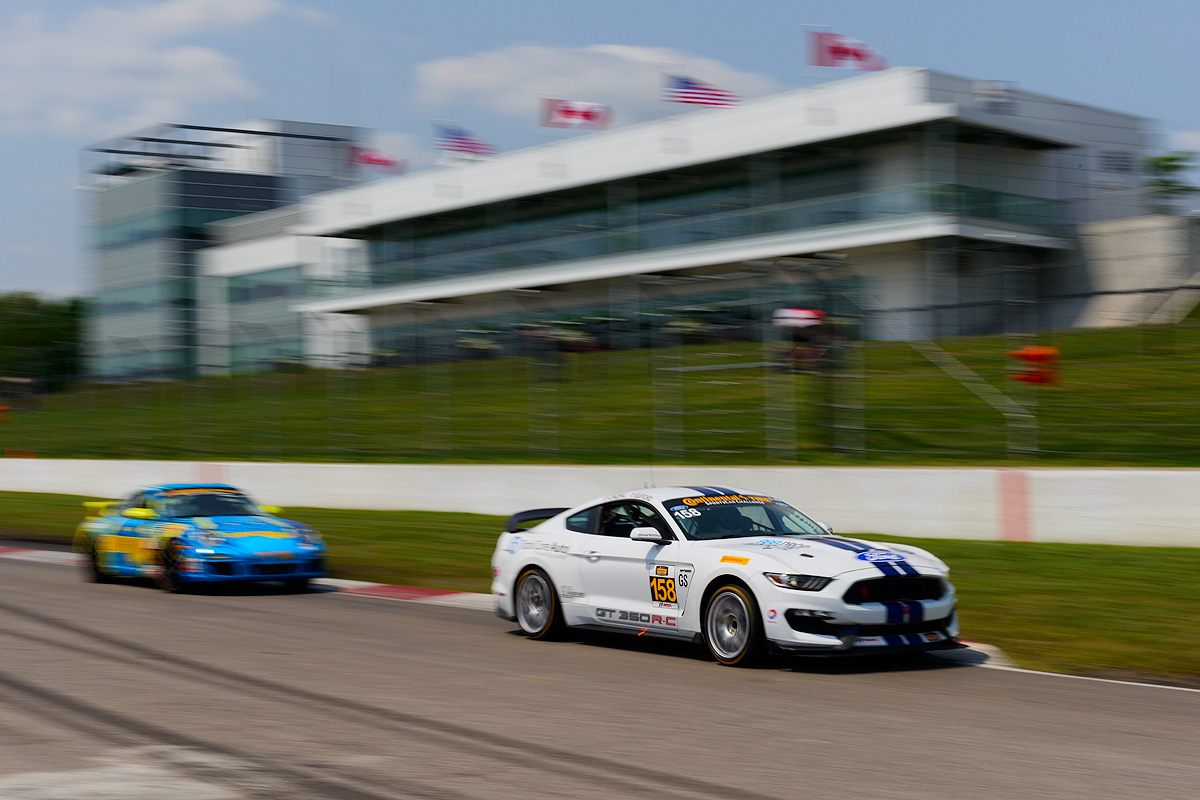 © Ford Performance
Cindric Leads Plumb
Driving the No. 158 Multimatic Motorsports Ford Performance Shelby GT350R-C, Cindric passed for the lead with 30 minutes remaining in the race and drove a flawless final stint, holding off the challenge from veteran driver Matt Plumb in the Rum Bum Porsche 911. Plumb is tied for the most overall wins in Continental Challenge with 20 victories. 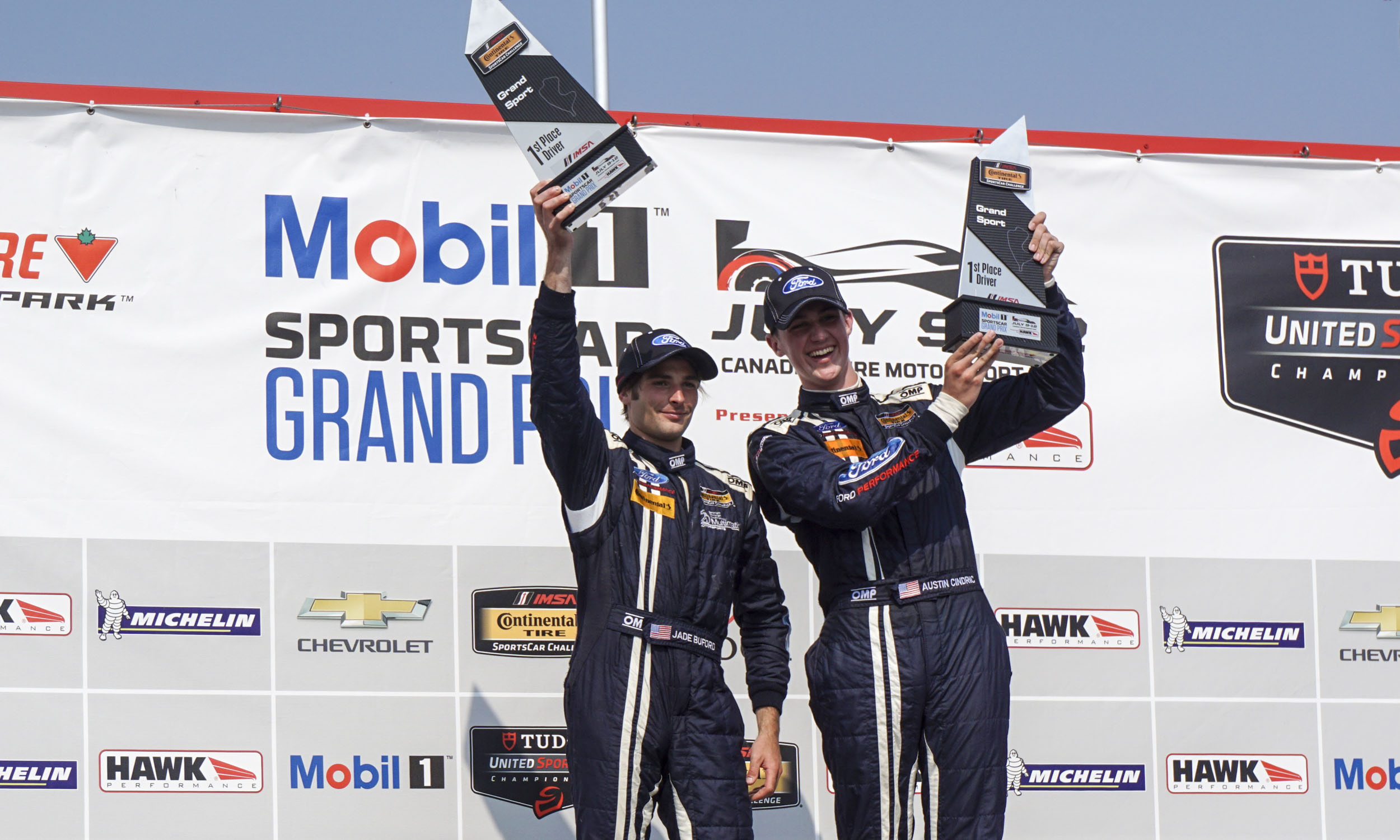 © Mike Meredith
Buford and Cindric on Podium
It was the first race win for both Cindric and Buford, and Cindric became the youngest winner ever in the series. If Cindric’s name sounds familiar, his father Tim Cindric is President of Penske Racing. Cindric is scheduled to race in his first ARCA stock car race next week at Iowa Speedway and last month he won the Red Bull Global RallyCross Lites race at Daytona International Speedway. He has also raced F200 open-wheel cars and drove a Mercedes-Benz in the Bathurst 8-hour race in Australia. 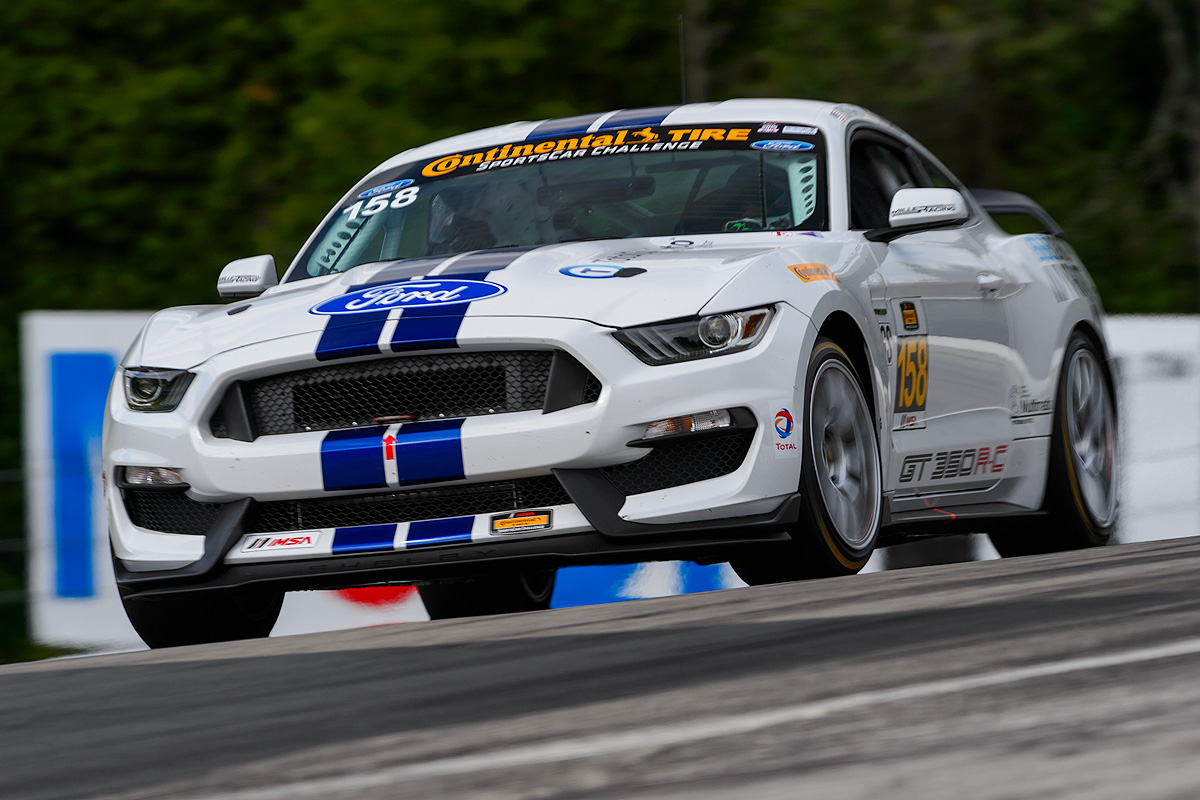 © Ford Performance
Perfect Execution
“I knew we had a great car for Watkins Glen for the debut, so we really just needed to go ahead and capitalize and try to make a perfect race and I think that is what was key to this win,” said Cindric.
“I couldn’t be more proud of my co-driver Austin, he did a fantastic job,” said Buford. “We knew exactly what we needed to do today and that was to go out and execute a perfect race. We both did our job, the team did a good job and we got the result that we wanted.” 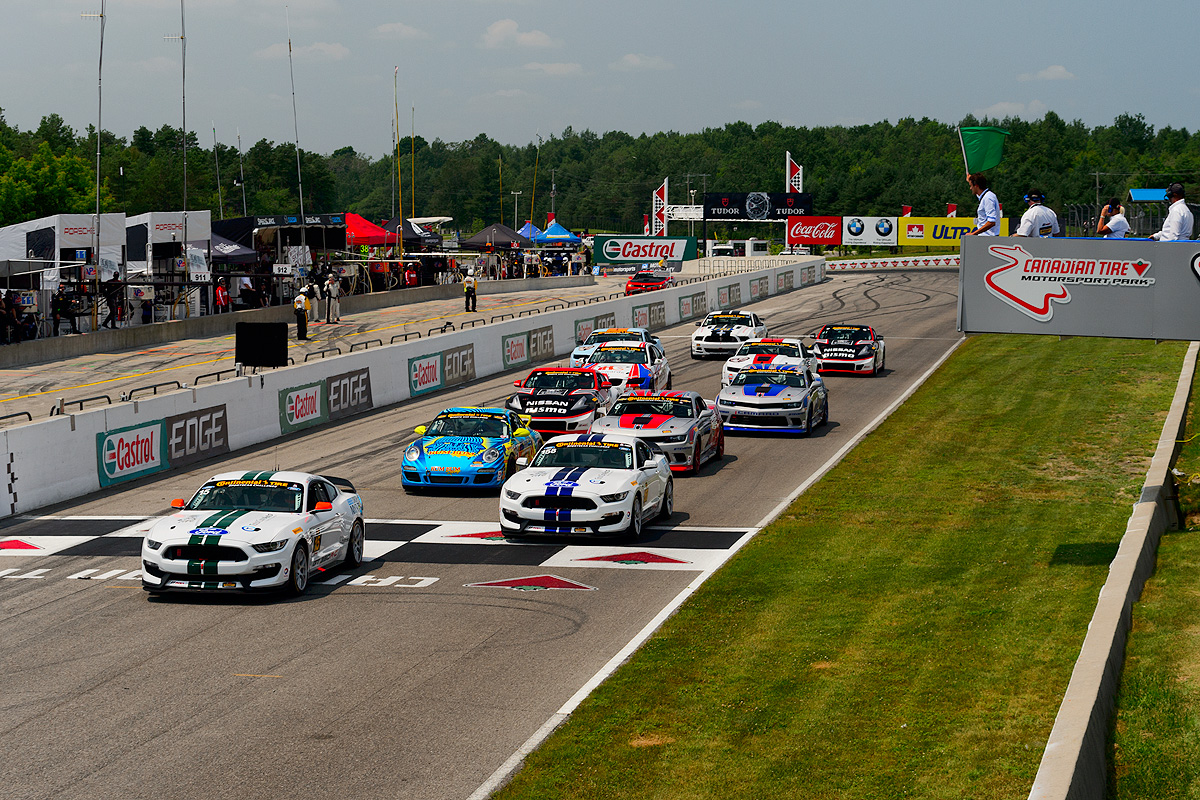 © Ford Performance
Race Start
The race started off nearly perfectly for the Ford Performance Multimatic Shelby GT350R-Cs with both cars starting on the front row, but the first win for the No. 158 was clouded by a heavy crash of the pole-sitting No. 15 that knocked it out of the race. 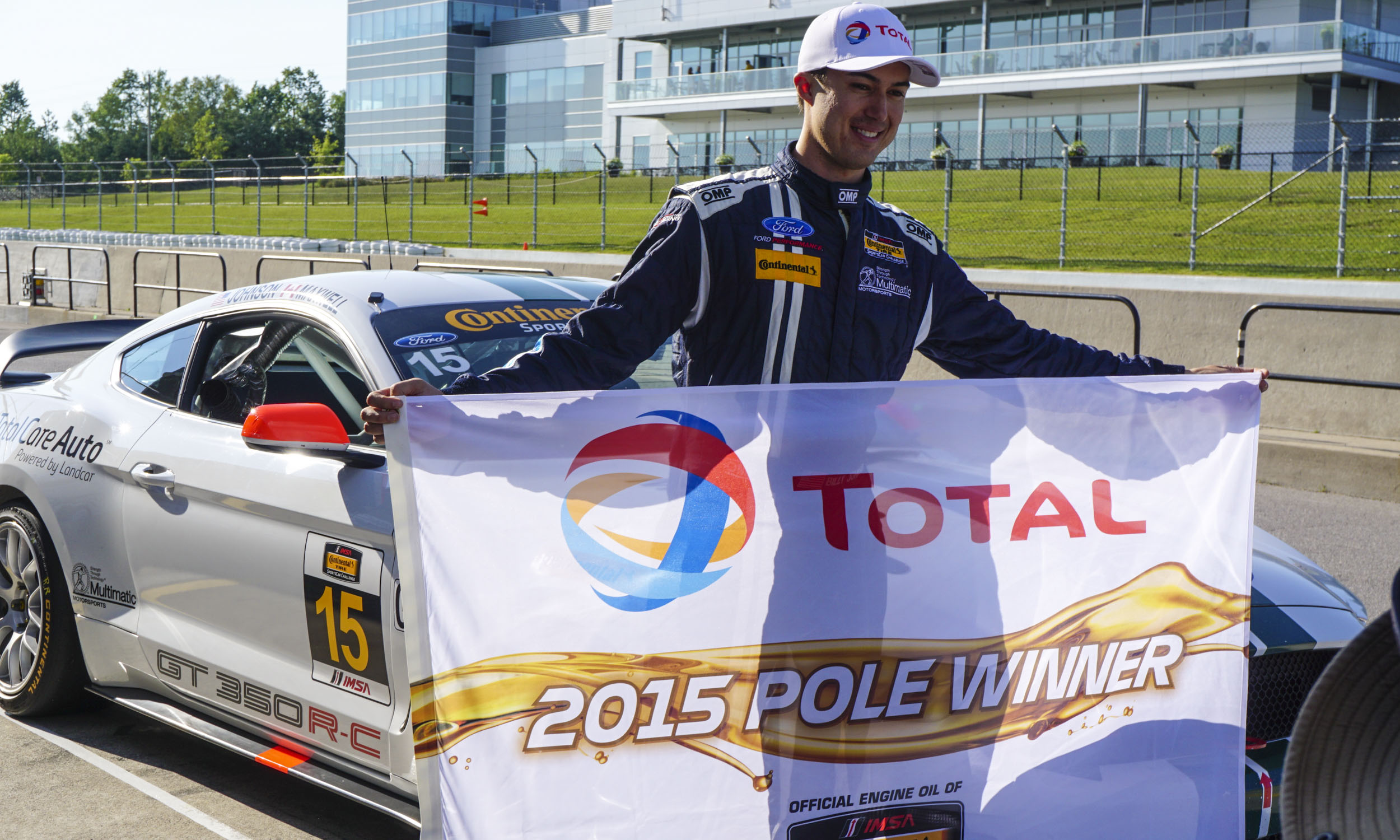 © Mike Meredith
Bittersweet Victory
“It was definitely a bittersweet day for the whole team,” said Billy Johnson who qualified the No. 15 on the pole and led the first 19 laps before his first pit stop. At about the half-way point of the race, Scott Maxwell took over and a few laps later was hit while passing a slower lapped car and crashed heavily into the tire barrier. “We started off great with two cars on the front row at Canadian Tire Motorsport Park,” said Johnson. “The whole team from Multimatic and Ford Performance has put a lot of hard work into making great race cars and this was our second race. It’s just unfortunate that all that hard work was thrown away by somebody’s lack of judgement and the No. 15 was crashed out in the race.” 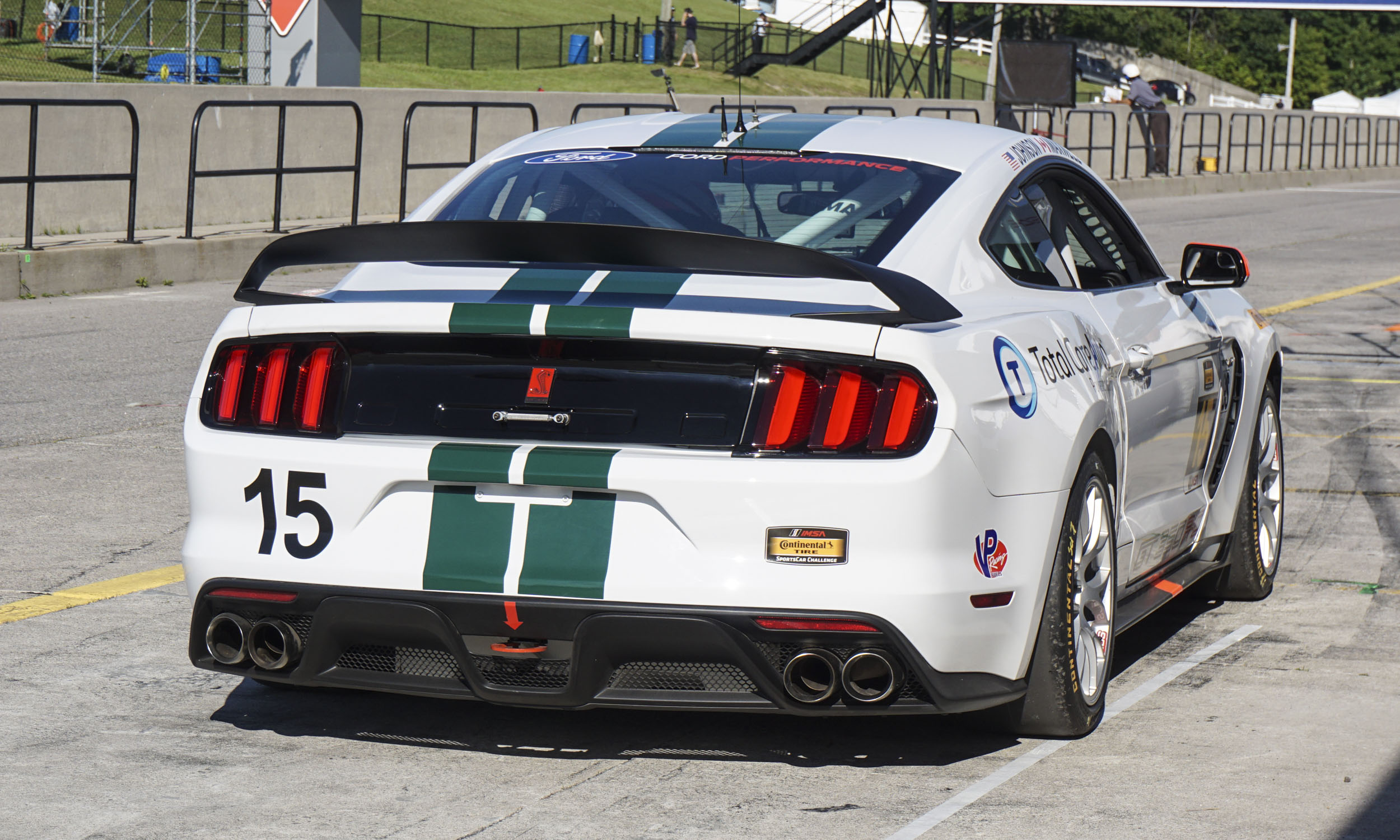 © Mike Meredith
High Expectations
“I couldn’t be happier,” said Larry Holt, team principle for Multimatic Motorsports. “We have a couple of hundred employees here and everyone had high expectations. We had the front row wrapped up and it was unfortunate what happened to Scott. I think, with all due respect to our competitors, there would have been two Shelbys racing at the end for the win. I’m totally happy with the outcome.”
“You could have written the script slightly better, but you couldn’t have written that part of the script any better,” said Holt. “And Austin Cindric’s first win. The kid was absolutely spectacular the last 45 minutes of that race. He drove way beyond his years; an unbelievably mature drive and fast.”