© Rod Hatfield
Lee Iacocca’s Vision, Carroll Shelby’s Execution
The Shelby G.T.350 hit the track in 1965, establishing the Ford Mustang as a race contender from the start. The brainchild of young Ford VP Lee Iacocca, a race-ready Mustang was not something that builder Carroll Shelby wanted to undertake, given his already considerable responsibilities delivering a race winner via the AC Cobra. Iacocca prevailed. The original Shelby Mustang G.T.350s were Wimbledon White with dual blue stripes up the hood and over the car. Ford wanted a car that could hold its own in fierce SCCA B-Production class competition with Chevrolet Corvettes and Jaguar XKEs, and Carroll Shelby delivered just what Iacocca ordered. Lighter with considerably more horsepower, the Shelby G.T.350 competition model (eventually dubbed the “R”) won a national championship in addition to five of six division championships in 1965. Here are some of the earliest Shelby G.T.350 competition models that were on display in the Ford Performance booth during the 2015 Rolex Monterey Motorsports Reunion, including glimpses of the new Ford Shelby GT350 and GT350R Mustangs. 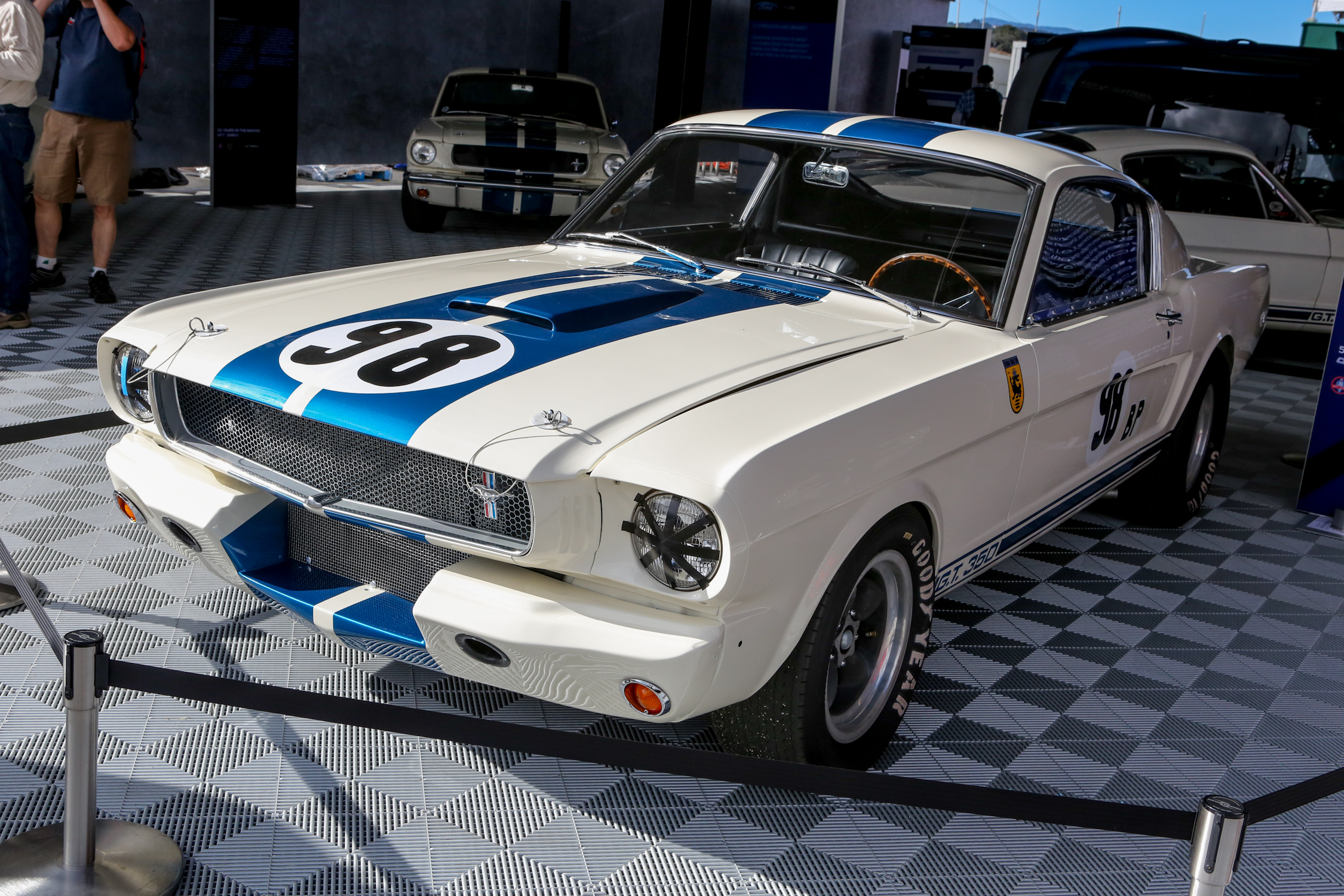 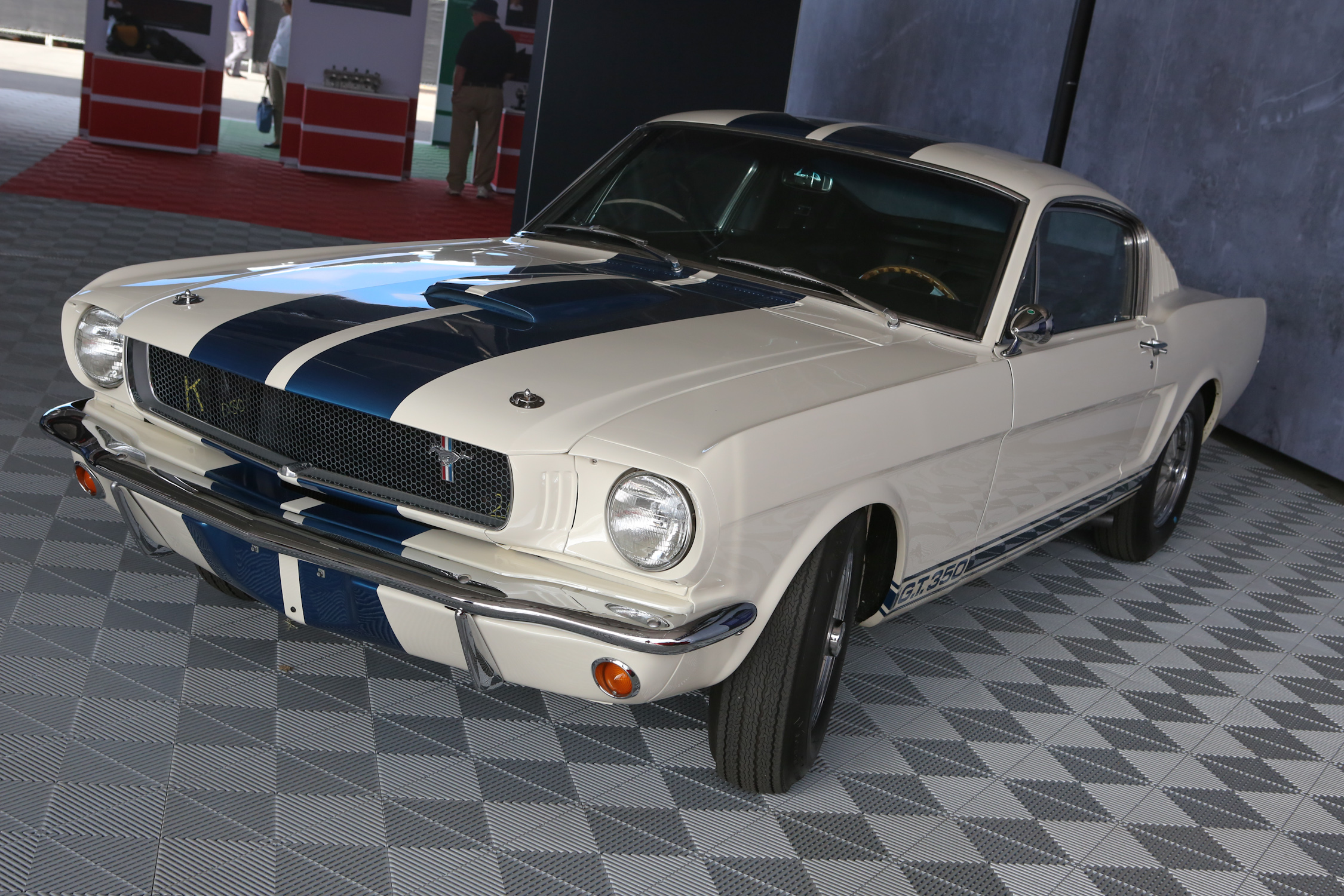 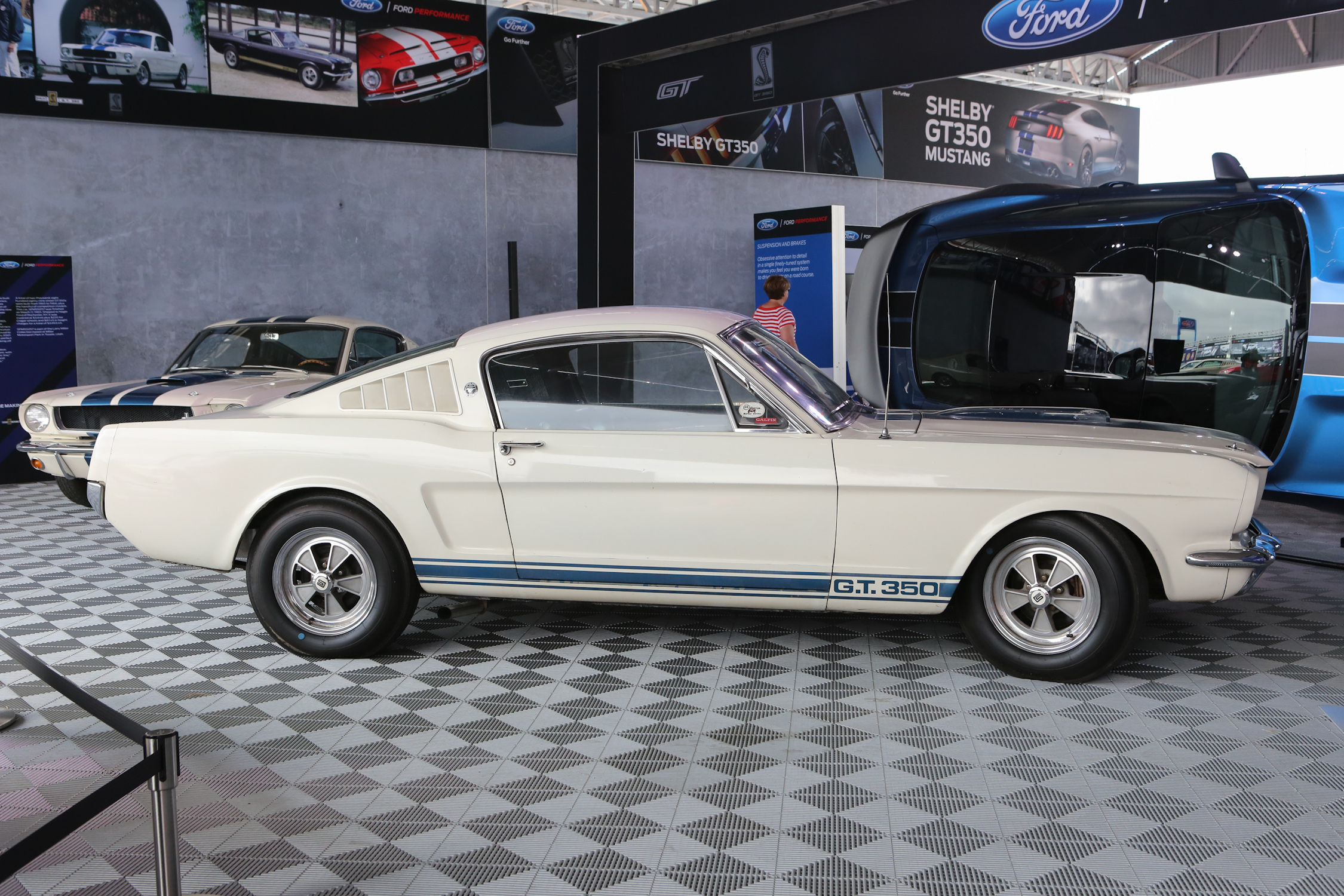 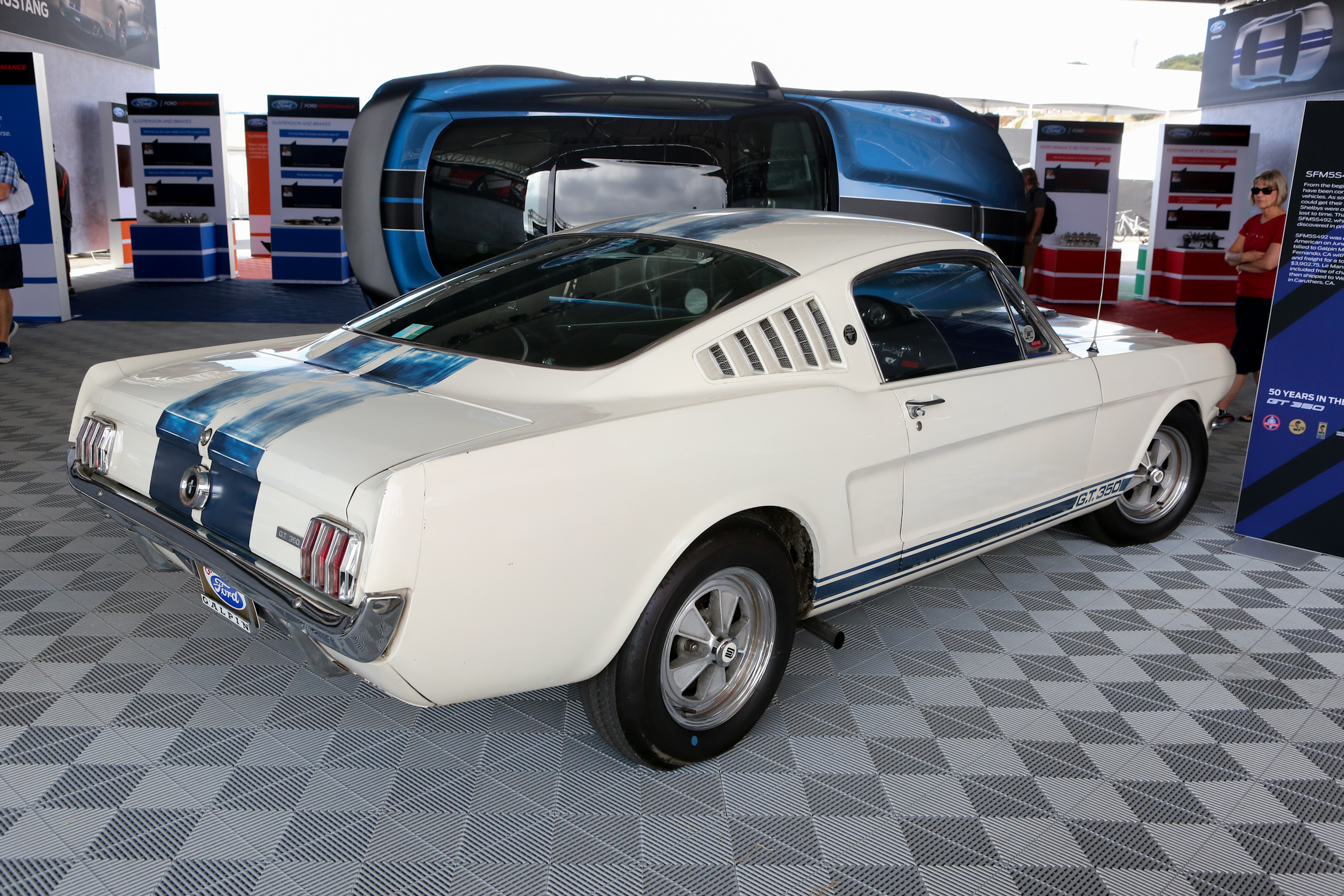 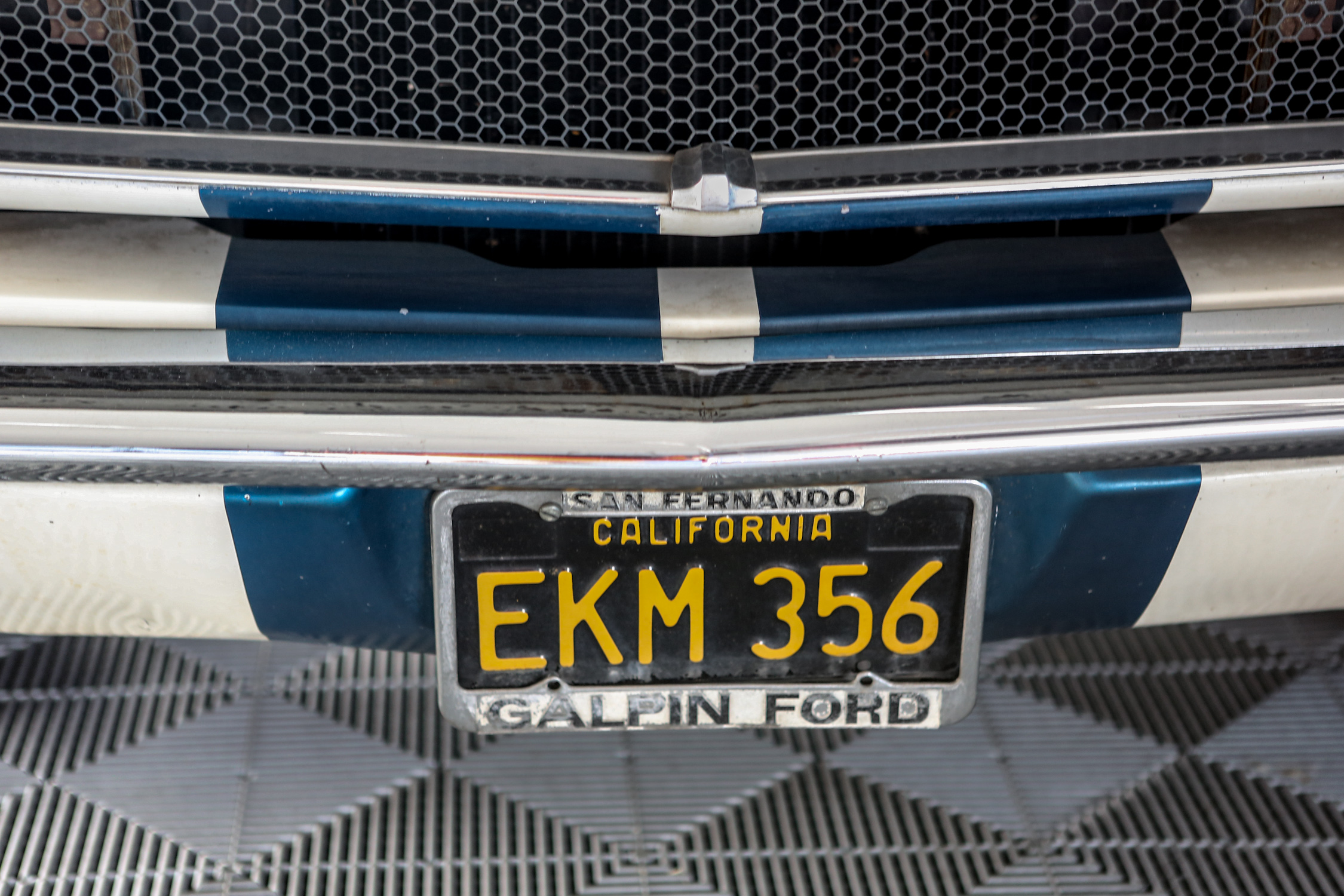 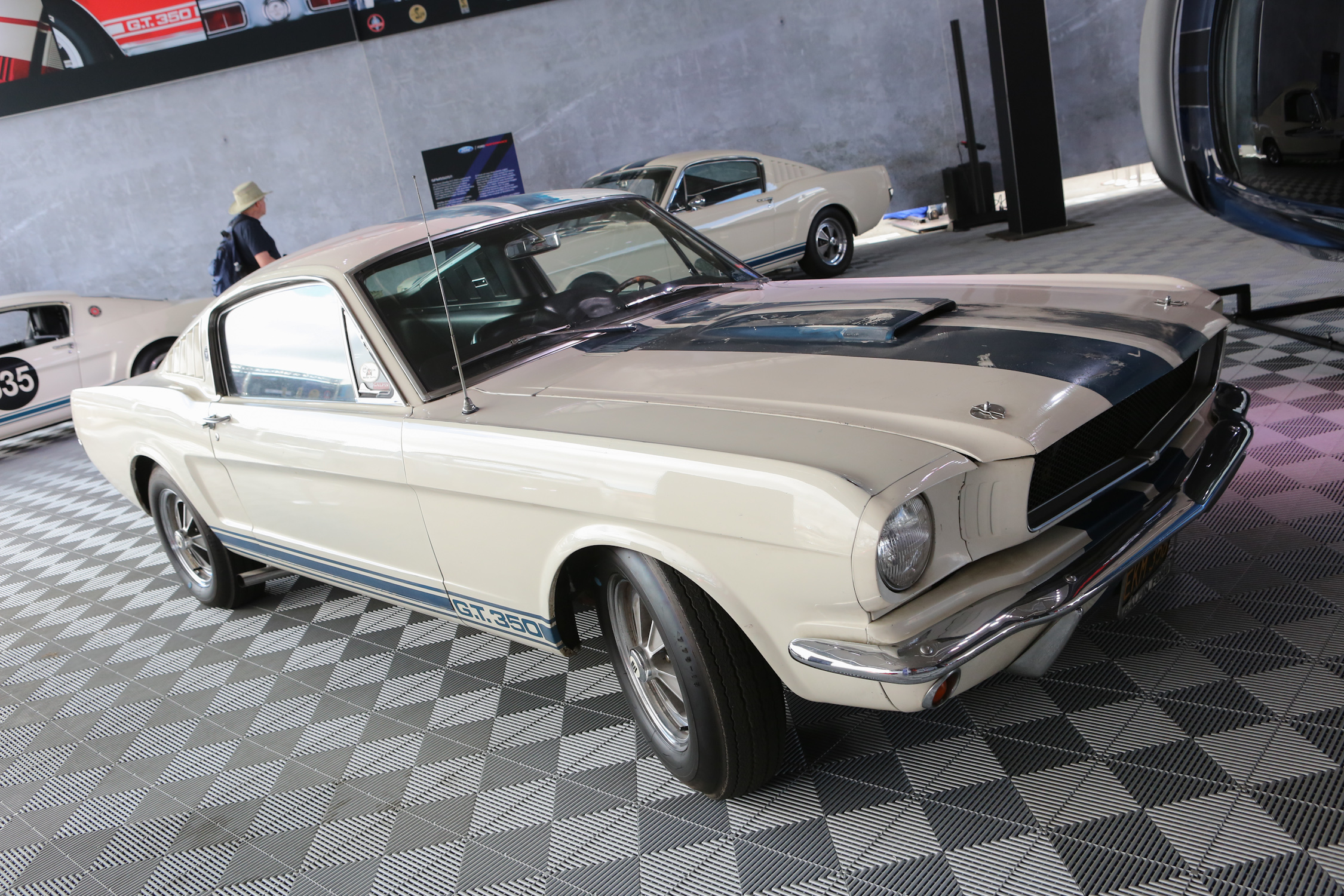 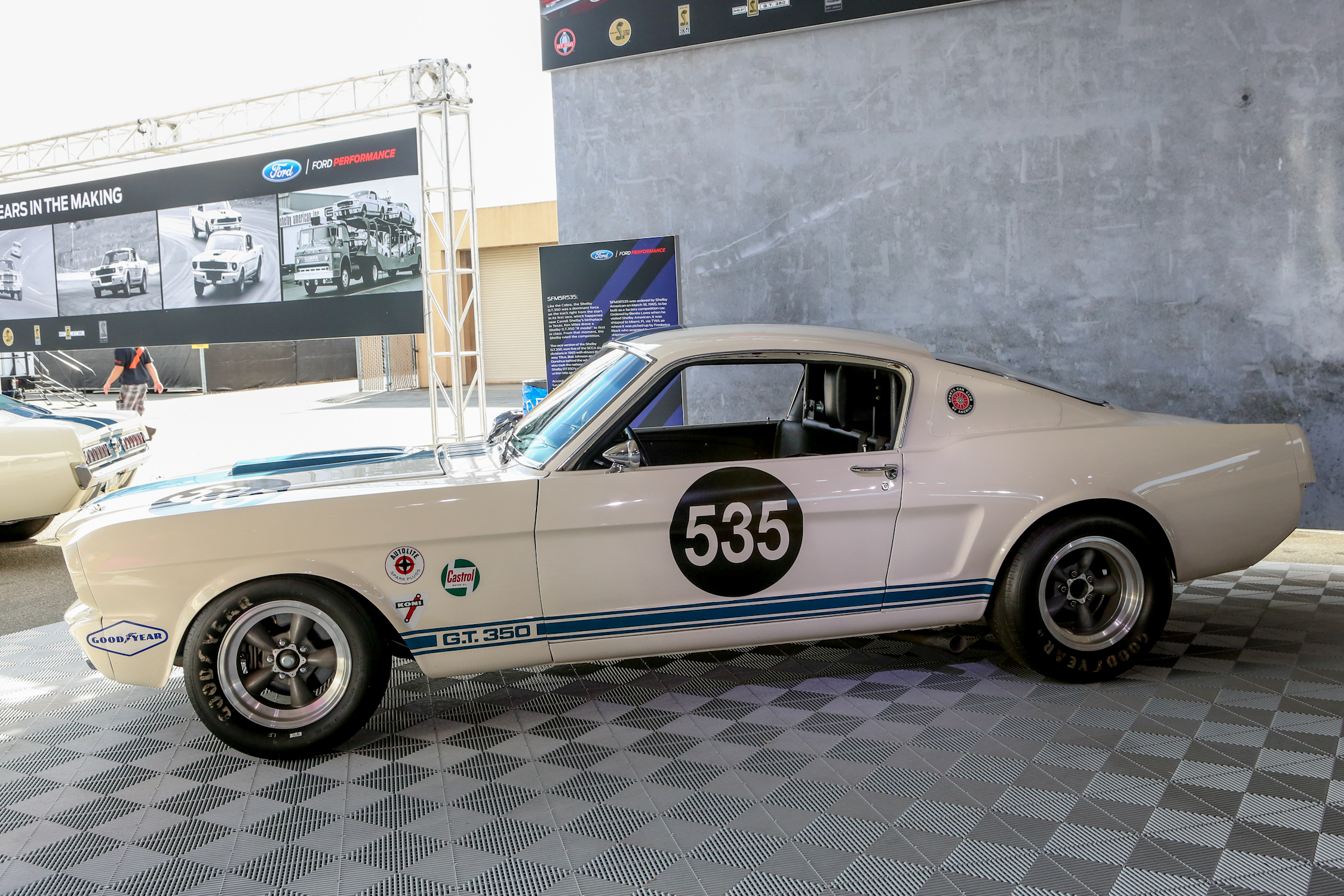 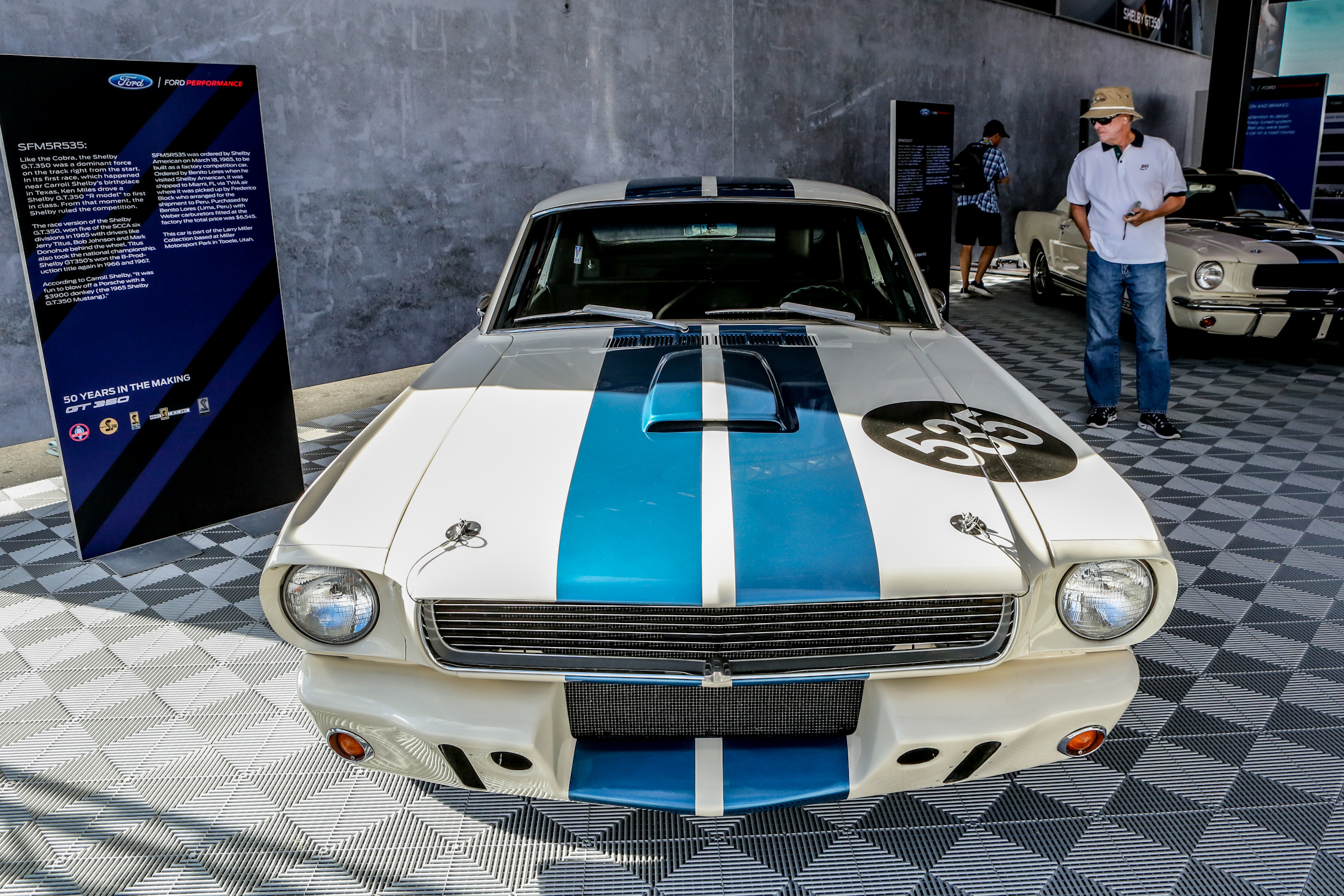 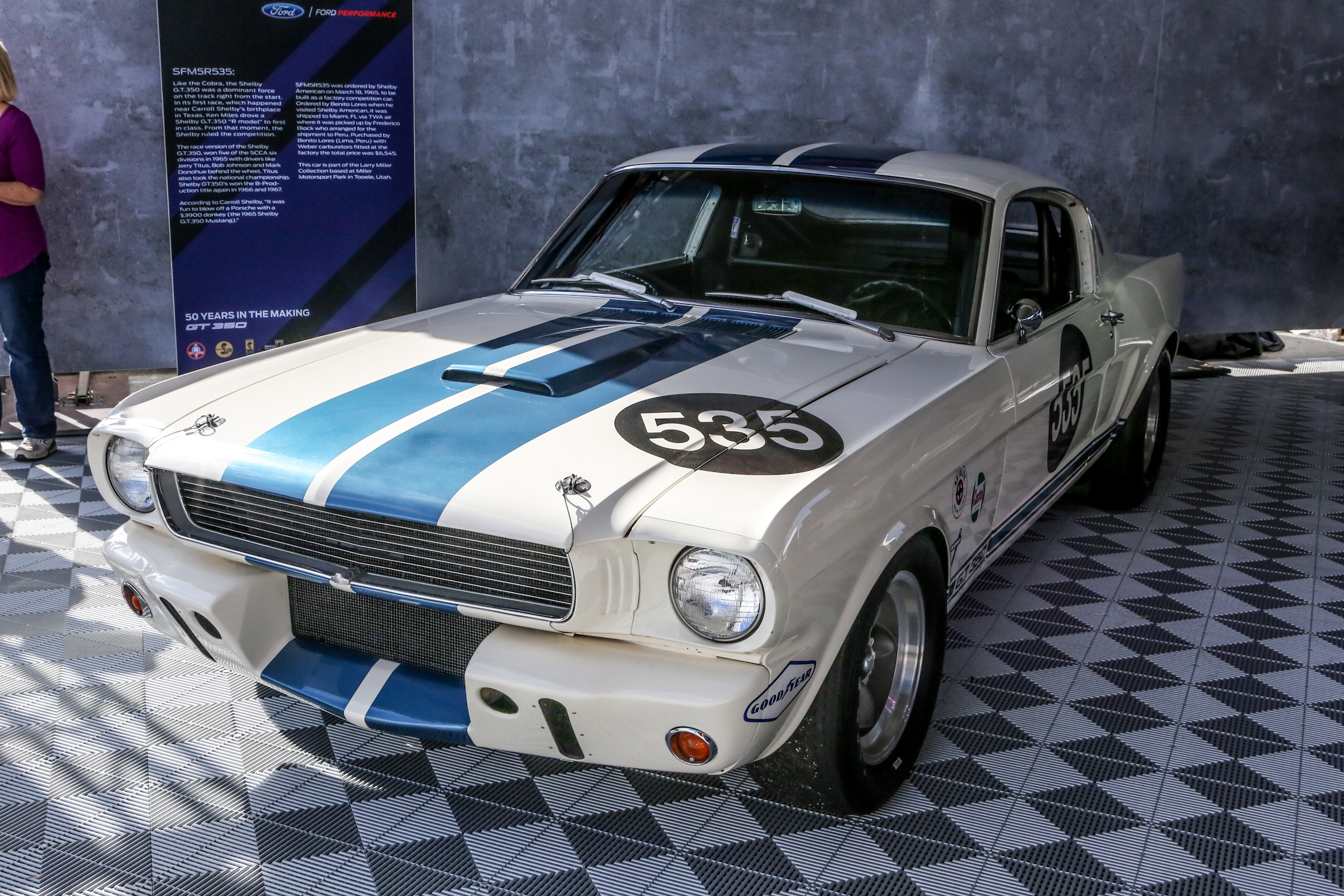 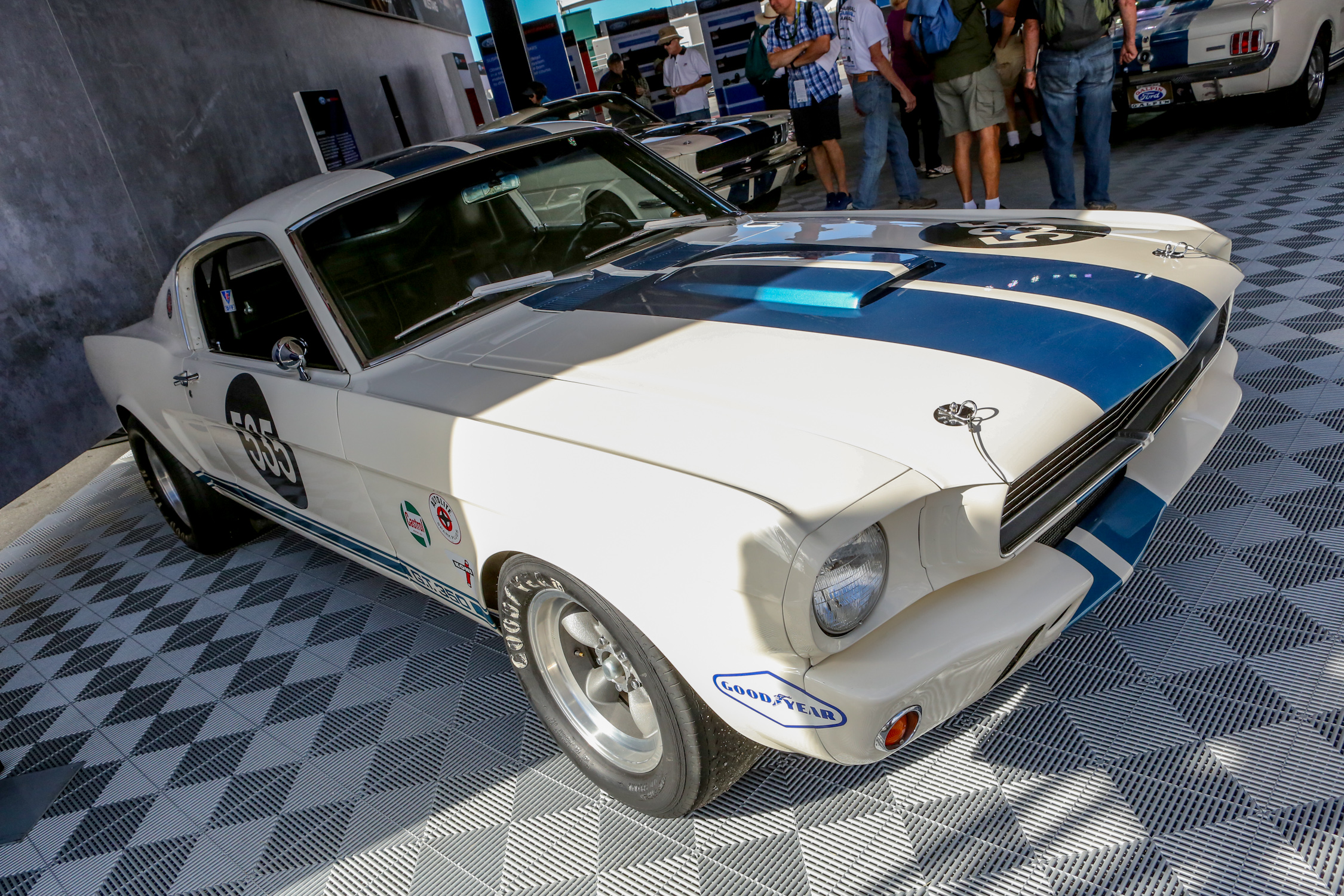 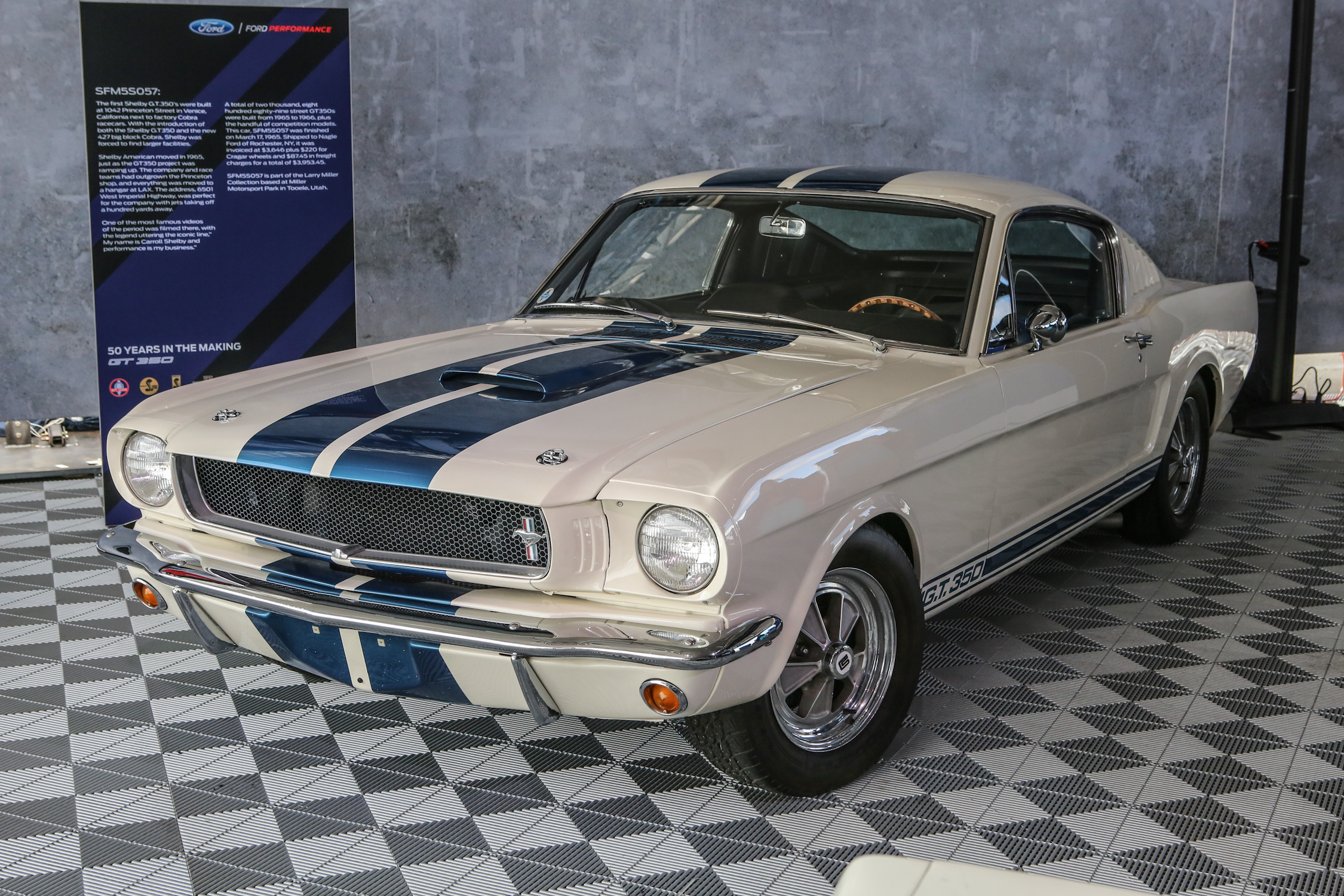 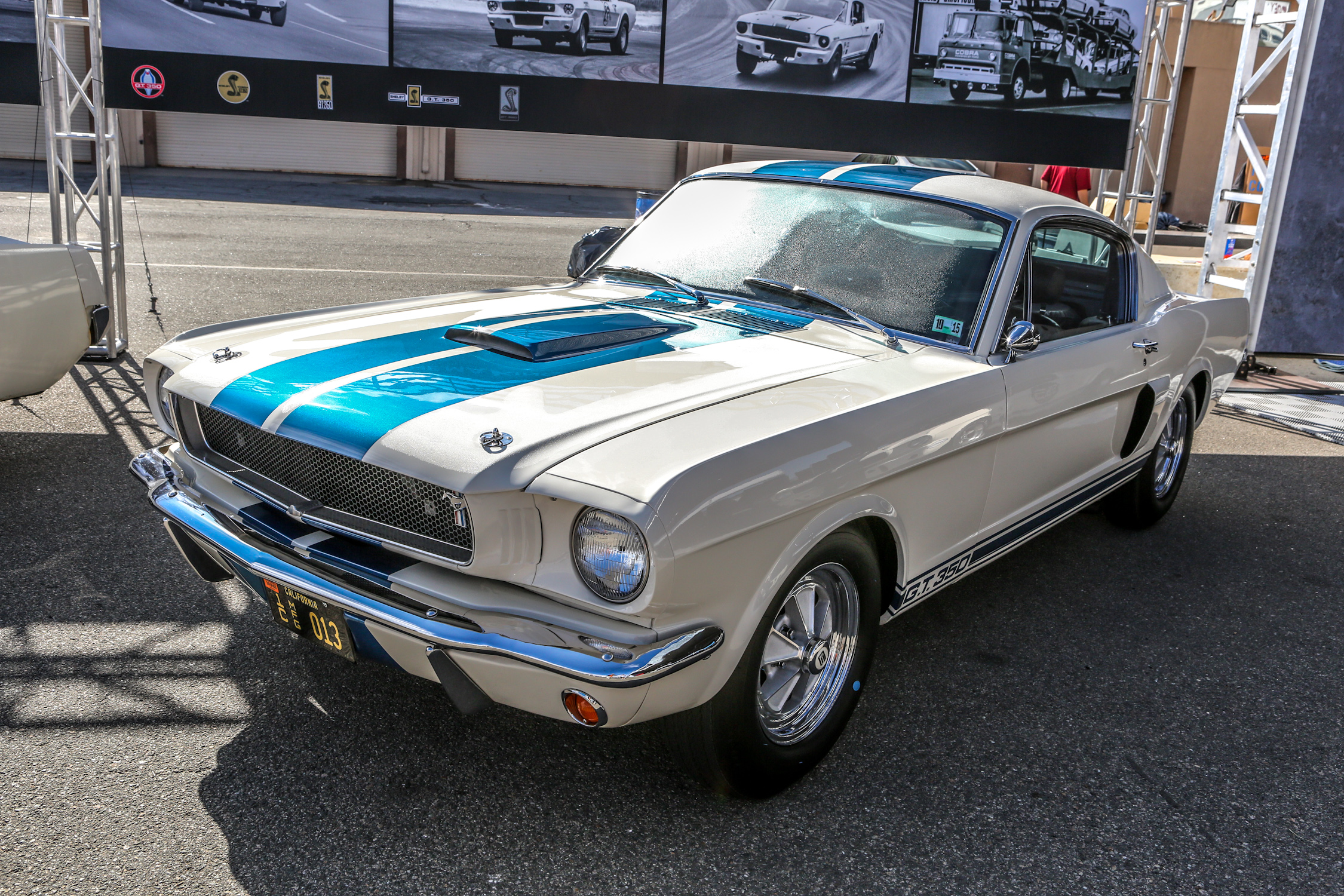 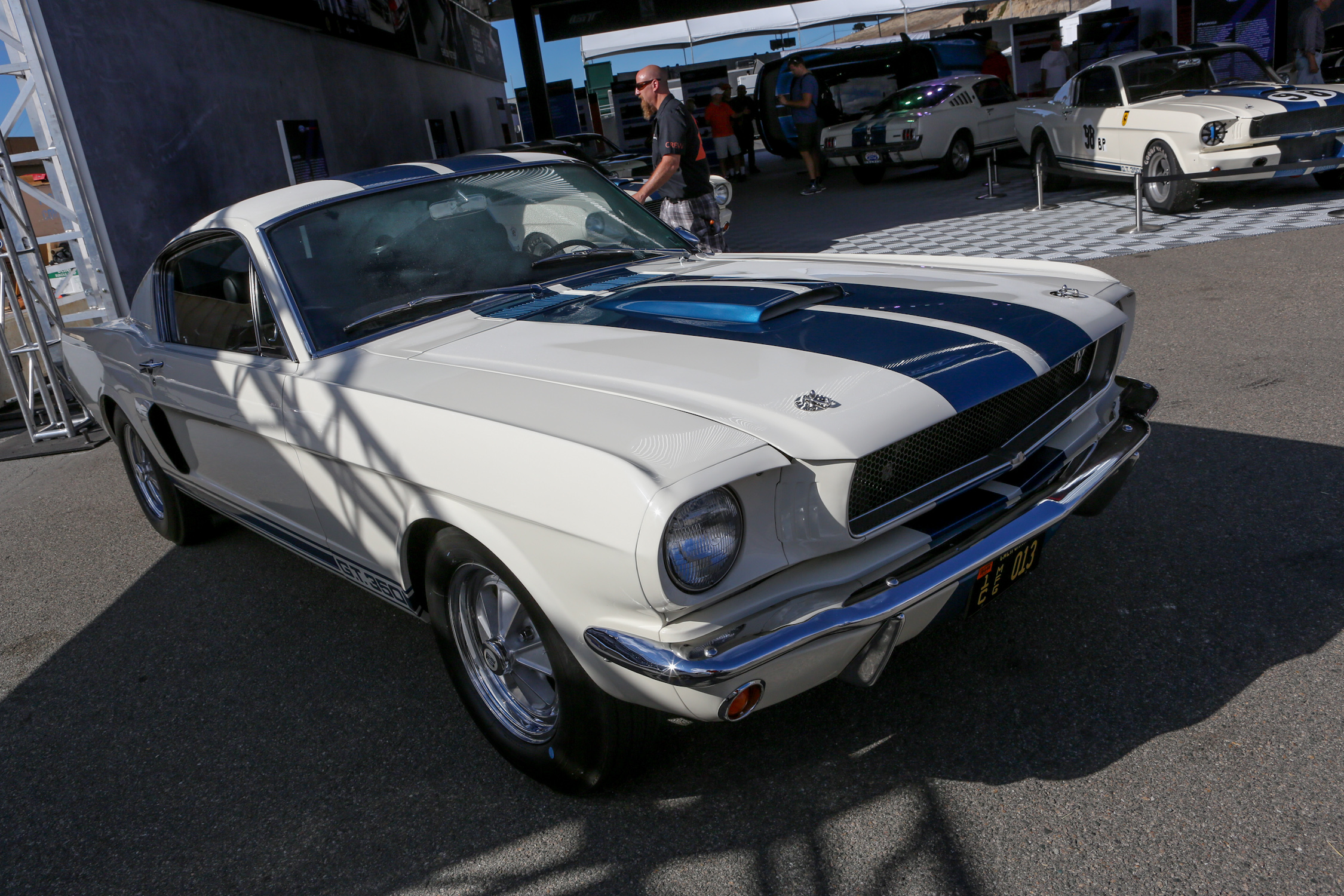 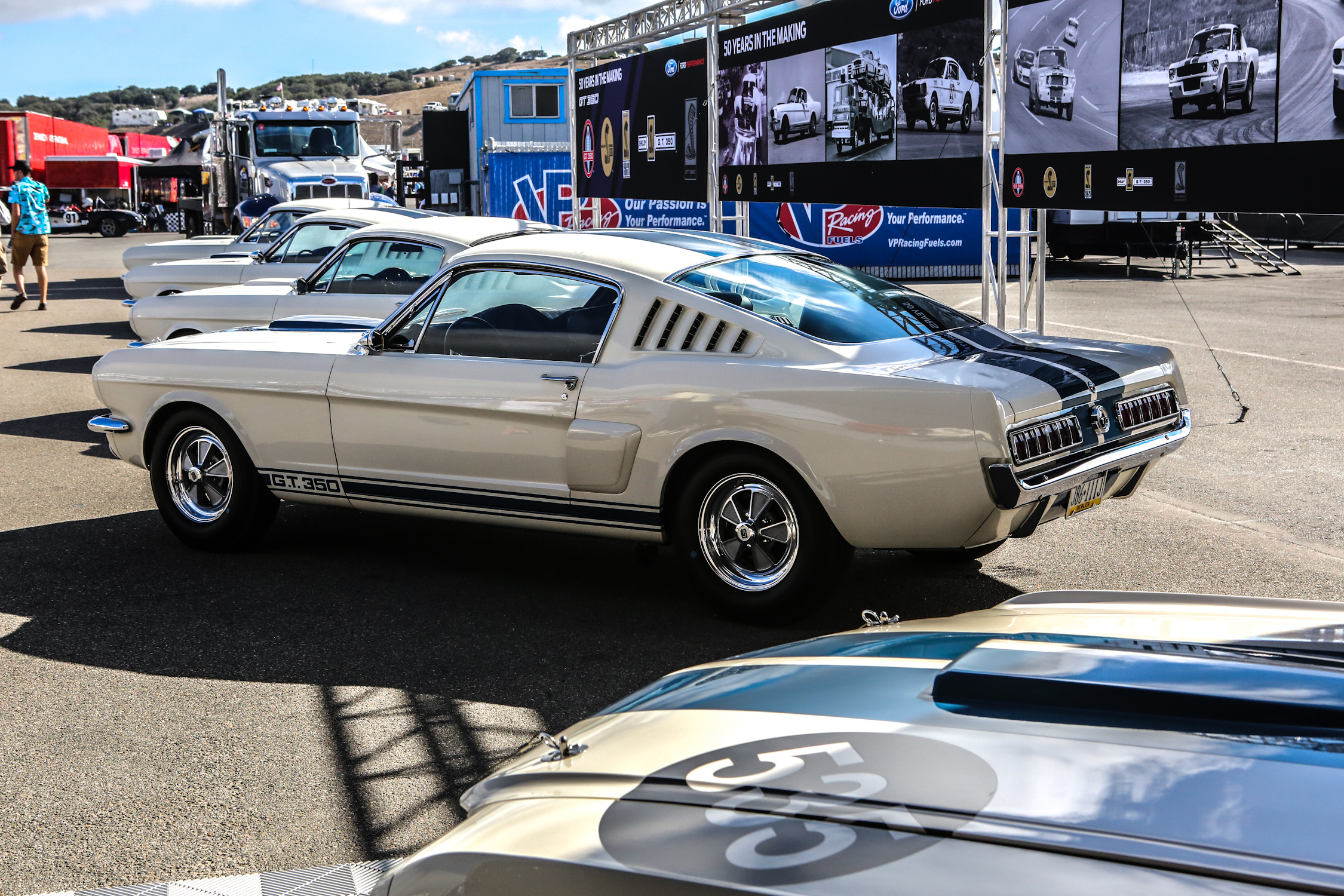 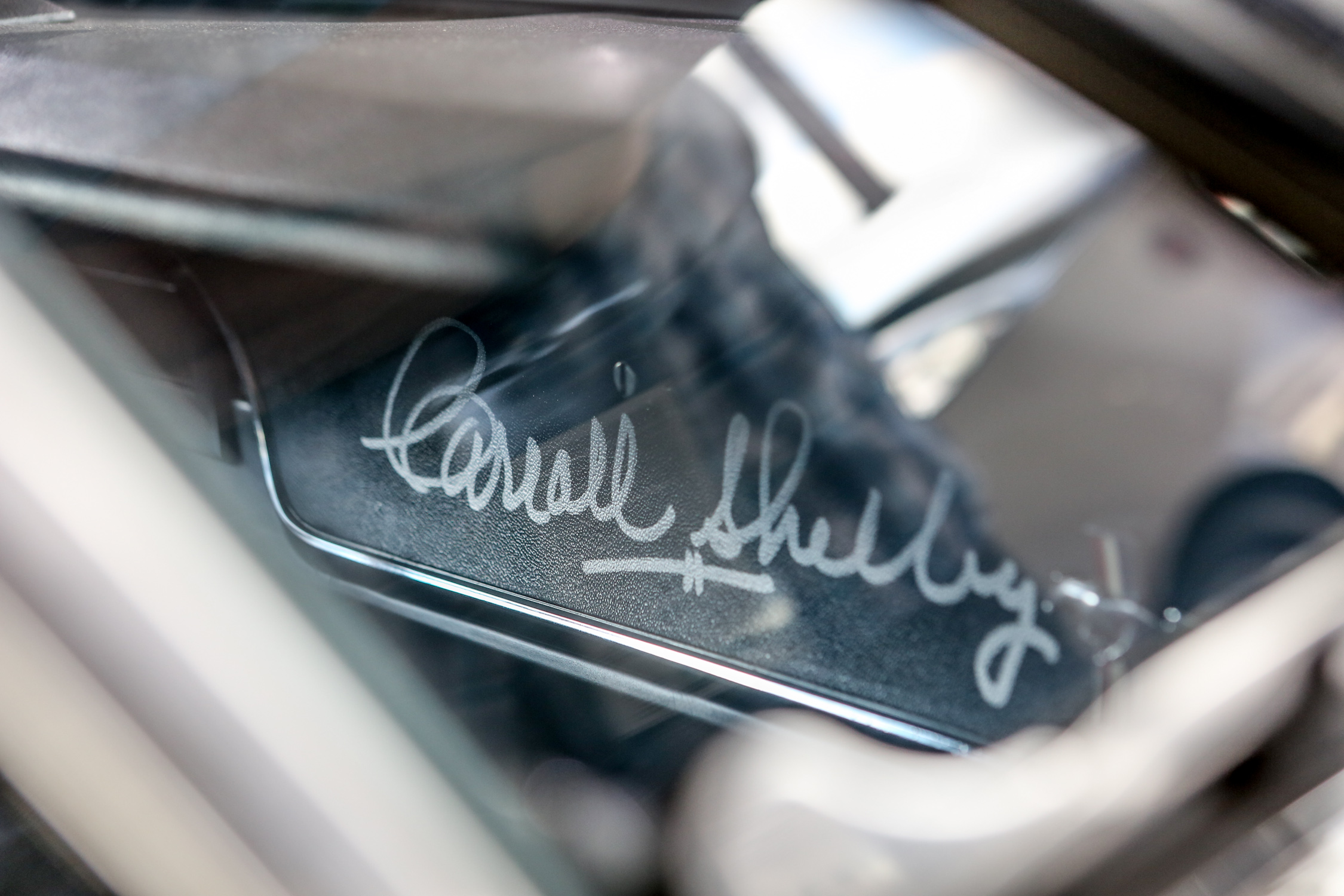 Glove box signature by the man himself. 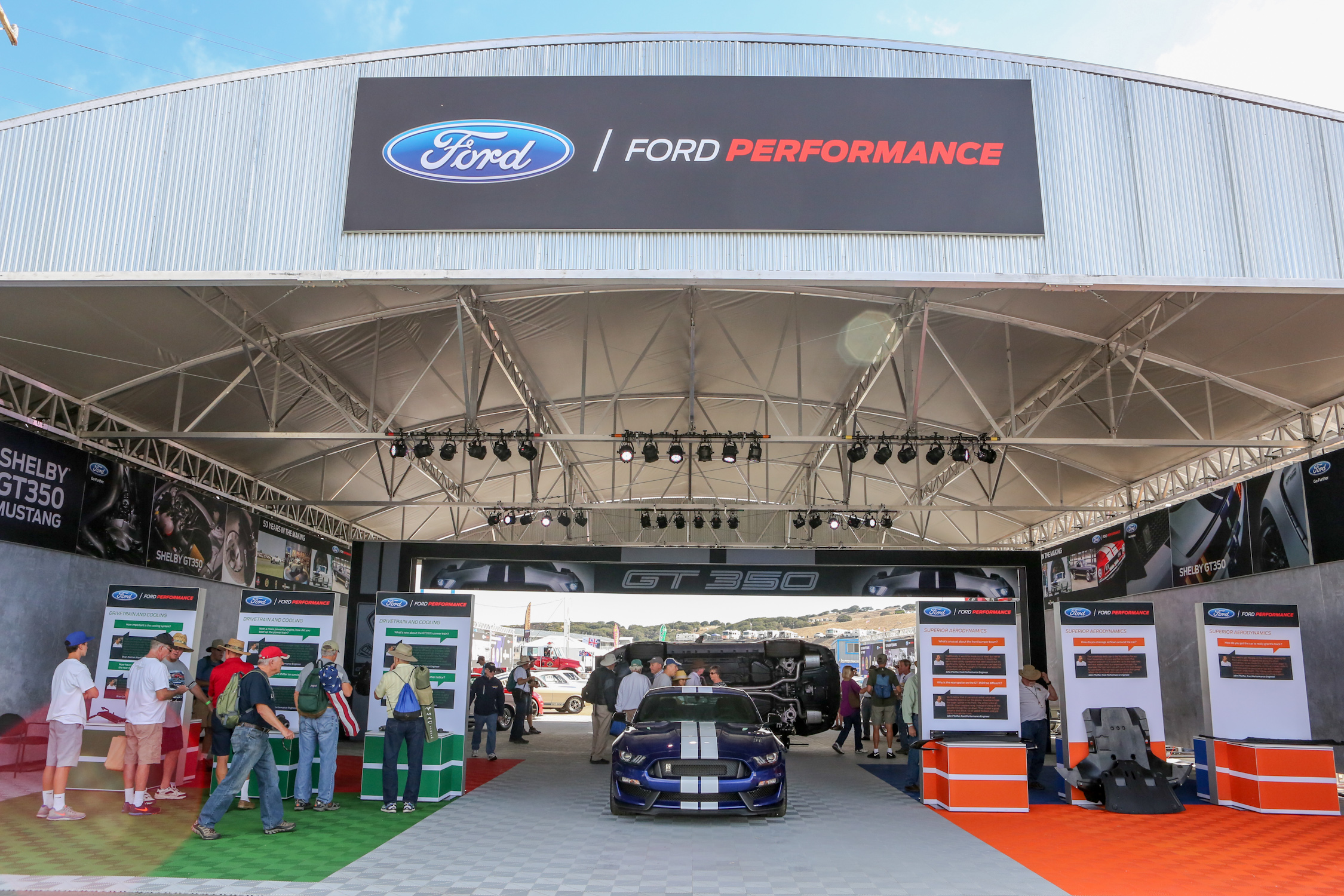 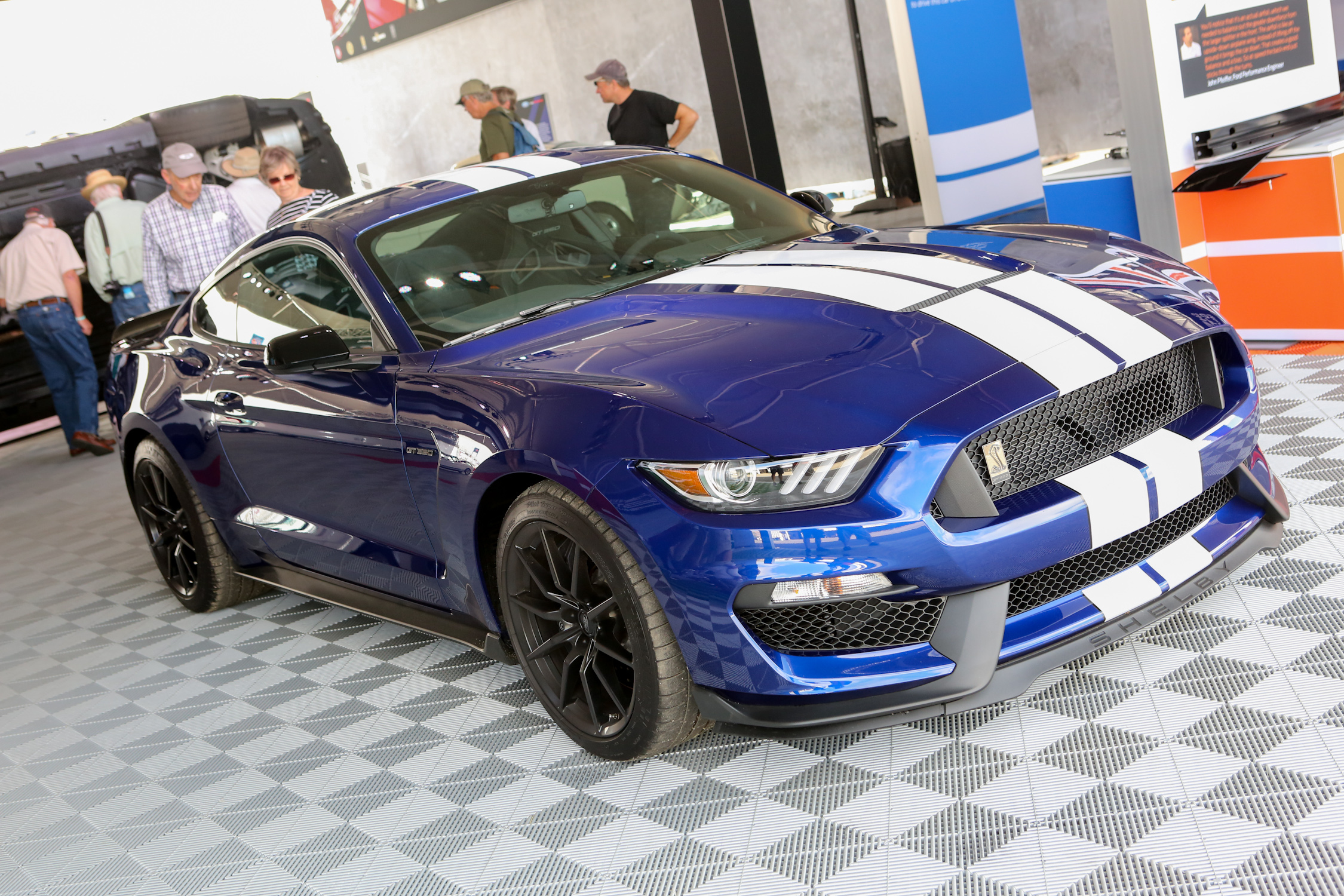 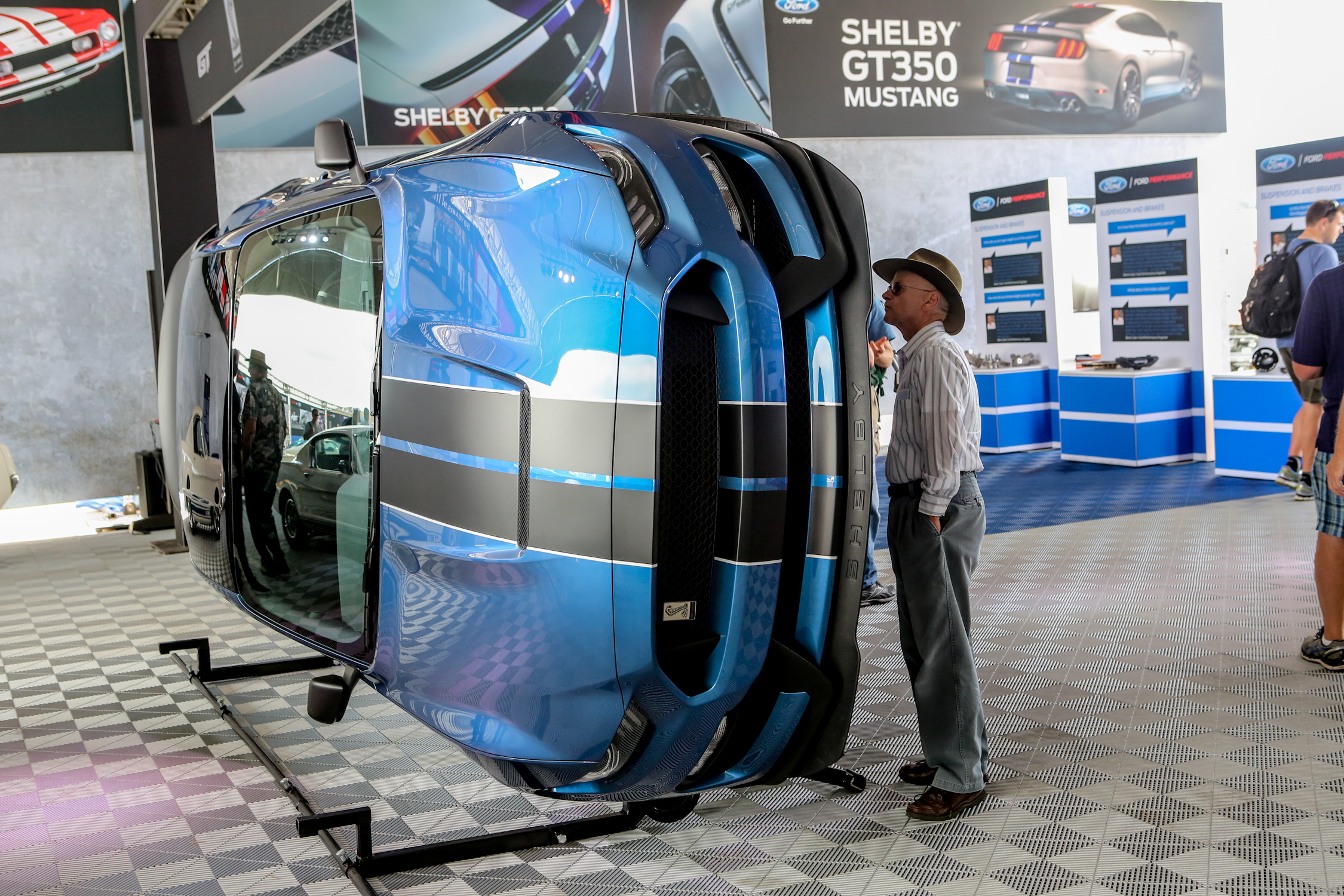 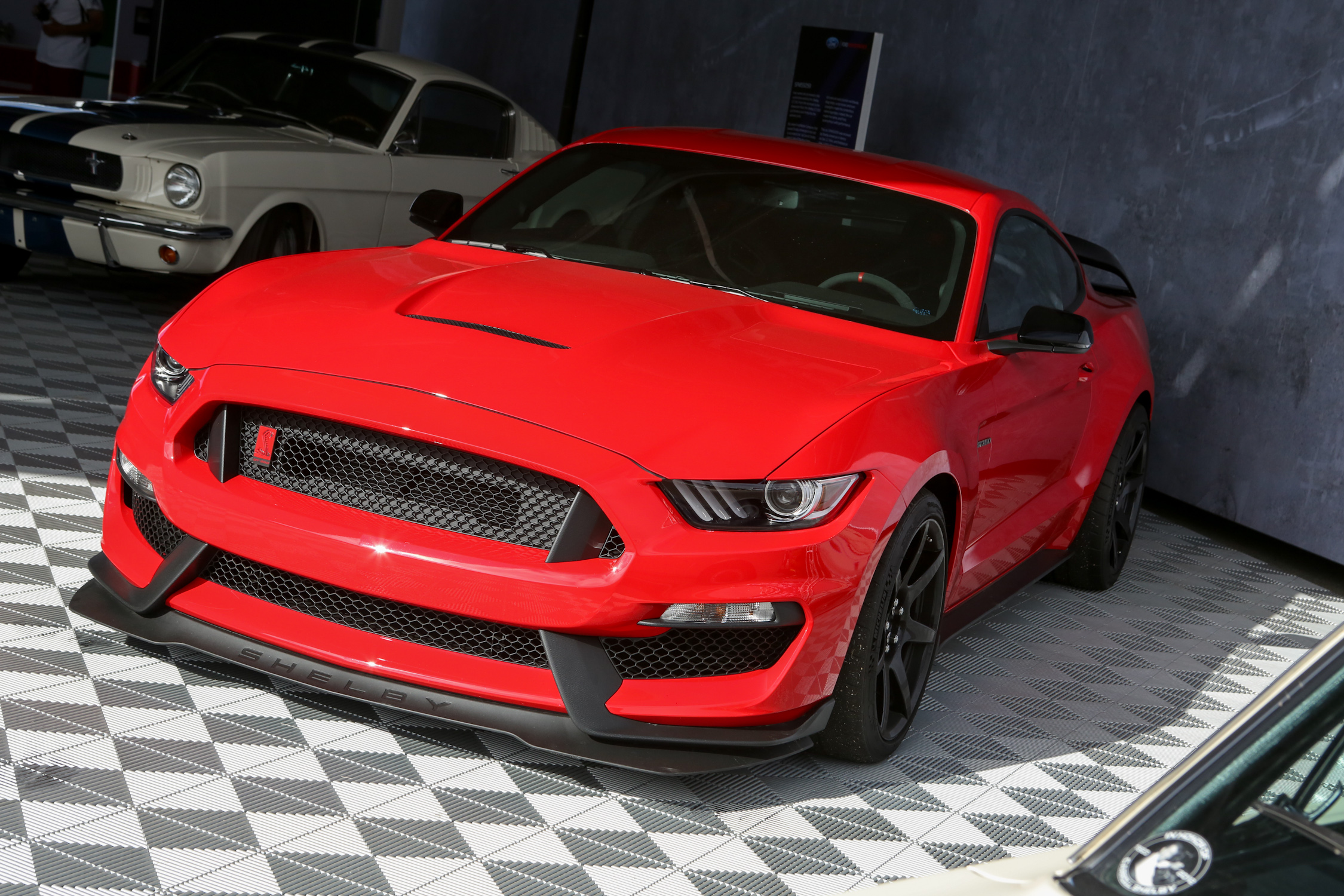 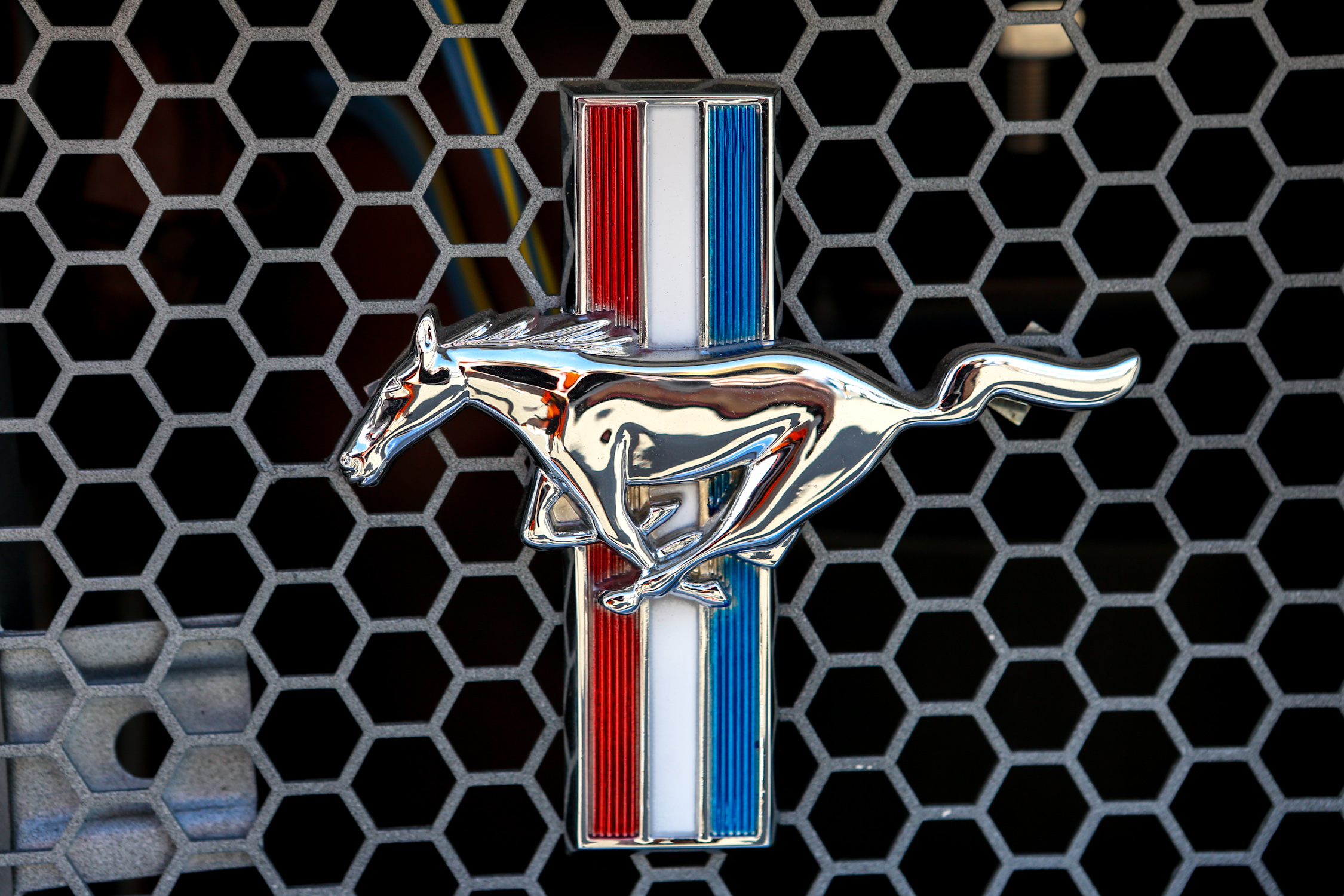 Ford, Shelby and Mustang: All American