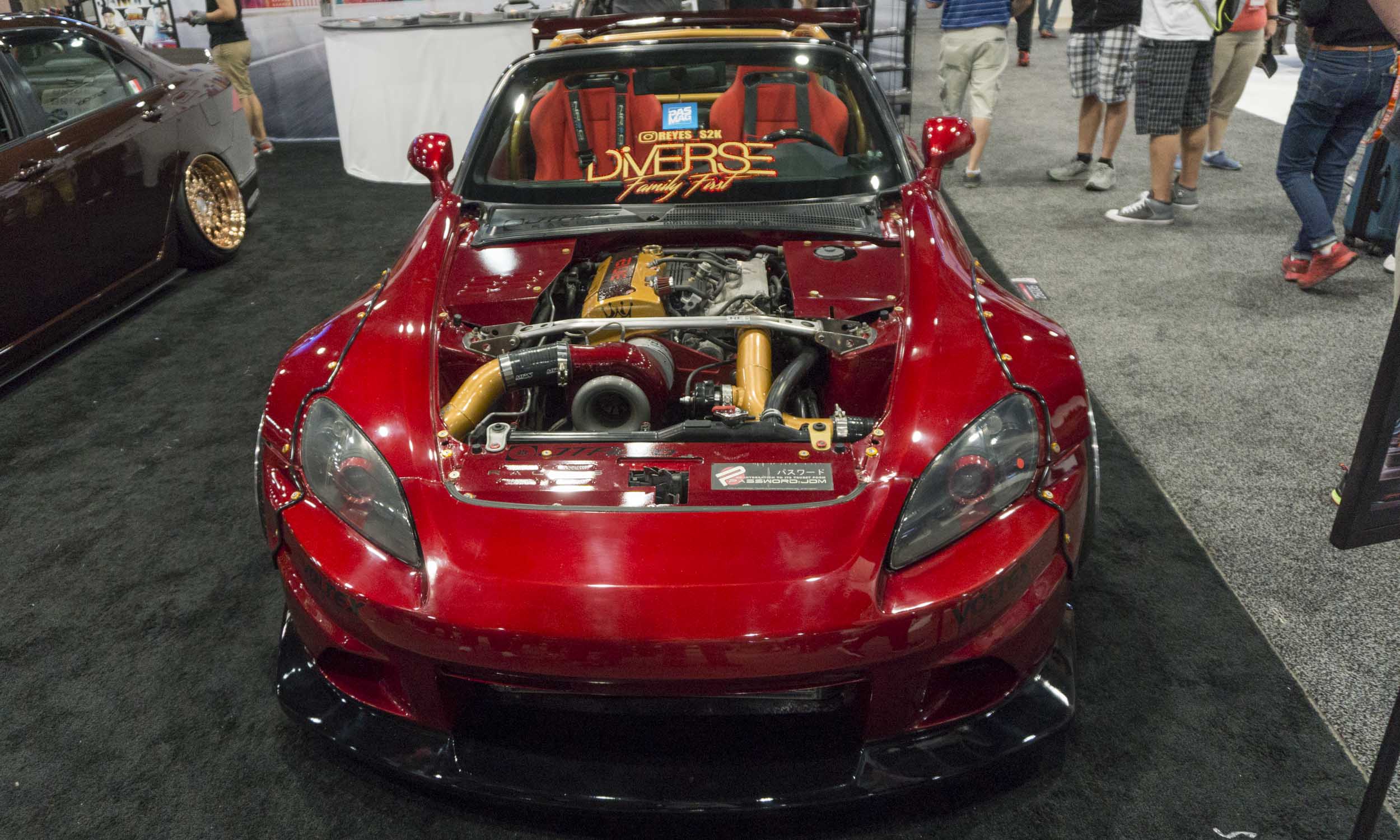 Hot Cars, Cool Mods
Tuner car culture is built on the premise that there is a replacement for displacement — and it’s called boost. The scene is also built on high style, a low ride and loud body mods. Traditionally, tuner cars are sporty Japanese cars with extreme mods, many of which are inspired by what enthusiasts in Japan are doing to their rides. Recently, select European models have been embraced and built in the JDM style (JDM stands for Japanese Domestic Market). We’ve compiled a selection of 12 cars from the halls of the SEMA show that exemplify what the tuner scene is all about. 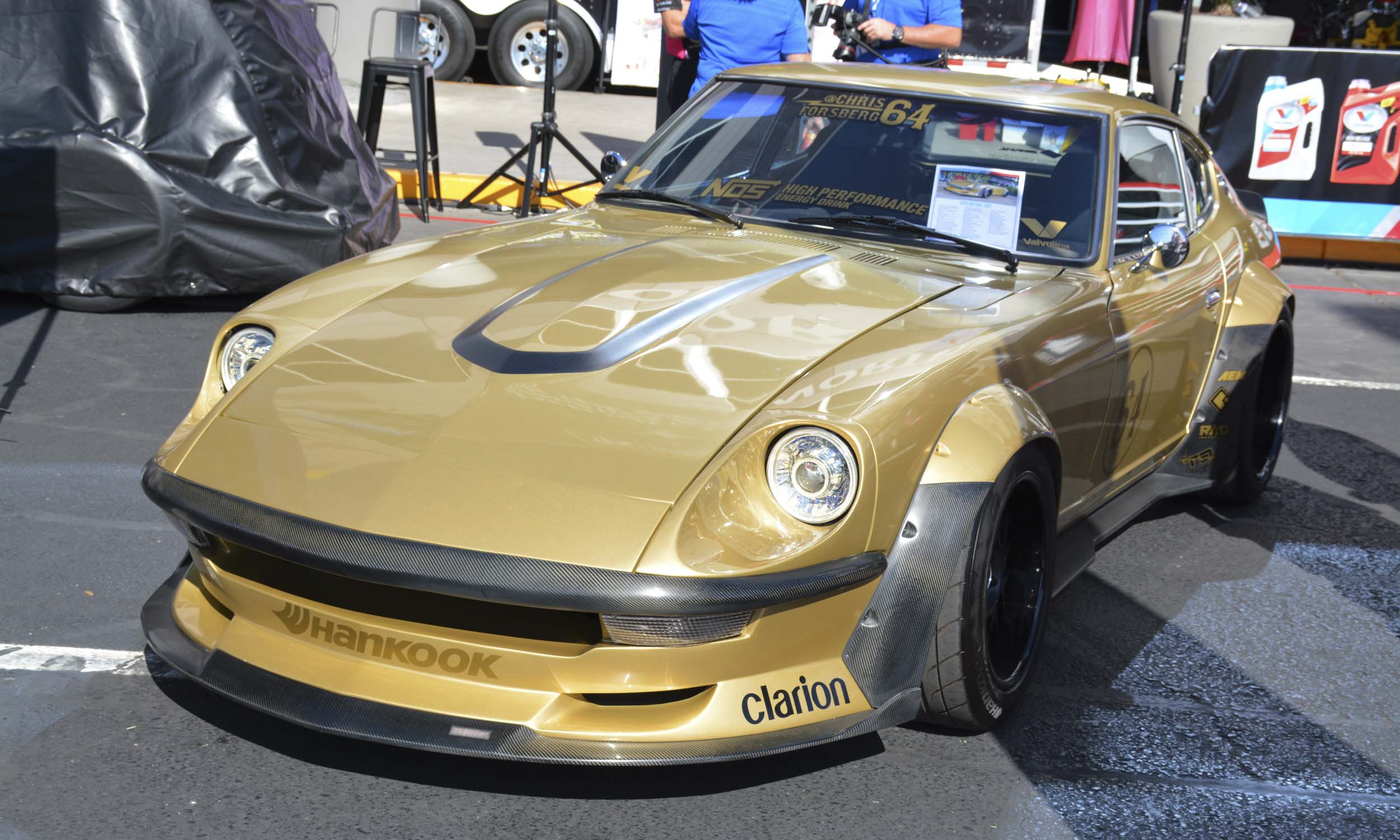 Chris Forsberg 1975 Datsun 240ZG
Formula Drift driver Chris Forsberg built this gem. The “G” in 240ZG stands for G-Nose, a front-end treatment that Datsun used on a few select cars to qualify for Group 4 racing in the early 1970s. The Aero Dyna nose deletes the bumper and includes lenses that cover the headlight openings — all in the name of improved aerodynamics. The ZG package also featured rivet-mounted fender flares and fender-mounted rearview mirrors. Forsberg installed a Carbon Signal ZG body kit crafted in carbon fiber. Techno Toy Tuning, a company known for making modern engine and suspension parts for old-school imports, was tapped for all the footwork, including a coilover suspension. This old-timer is powered by a Nissan RB25DET inline-six engine that has been boosted to the stratosphere. 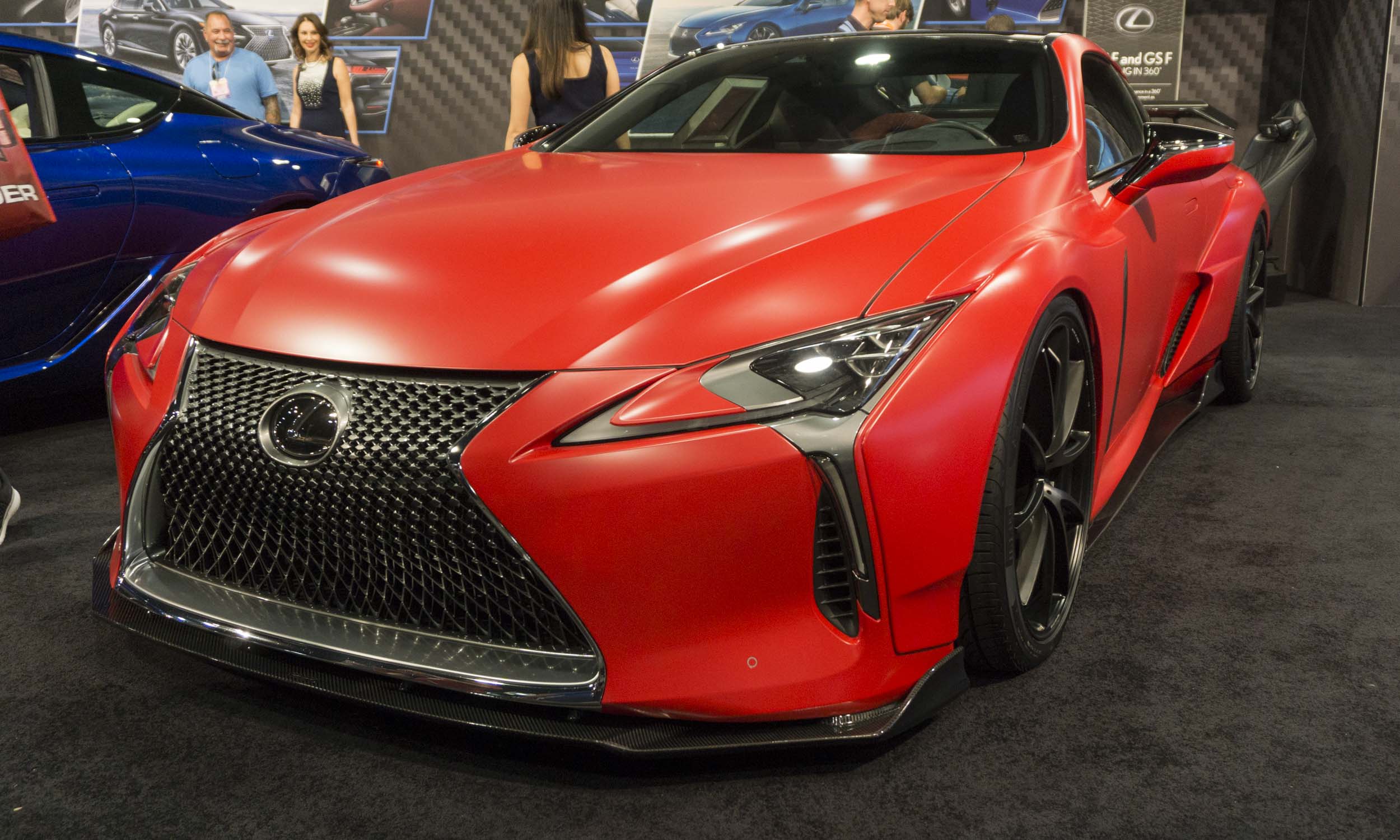 Lexus LC 500
Built by Beyond Marketing, this Lexus LC 500 shows what the sleek coupe looks like when taken to the next level. The body features an aggressive Artisan Spirits wide-body aero kit, carbon fiber Voltex spoilers and 22-inch Rays Engineering G25 wheels. For performance, a GReddy Supreme SP exhaust system, Brembo brakes, and KW V3 coilovers were added to the mix. Make no mistake — this ain’t your granddad’s Lexus. 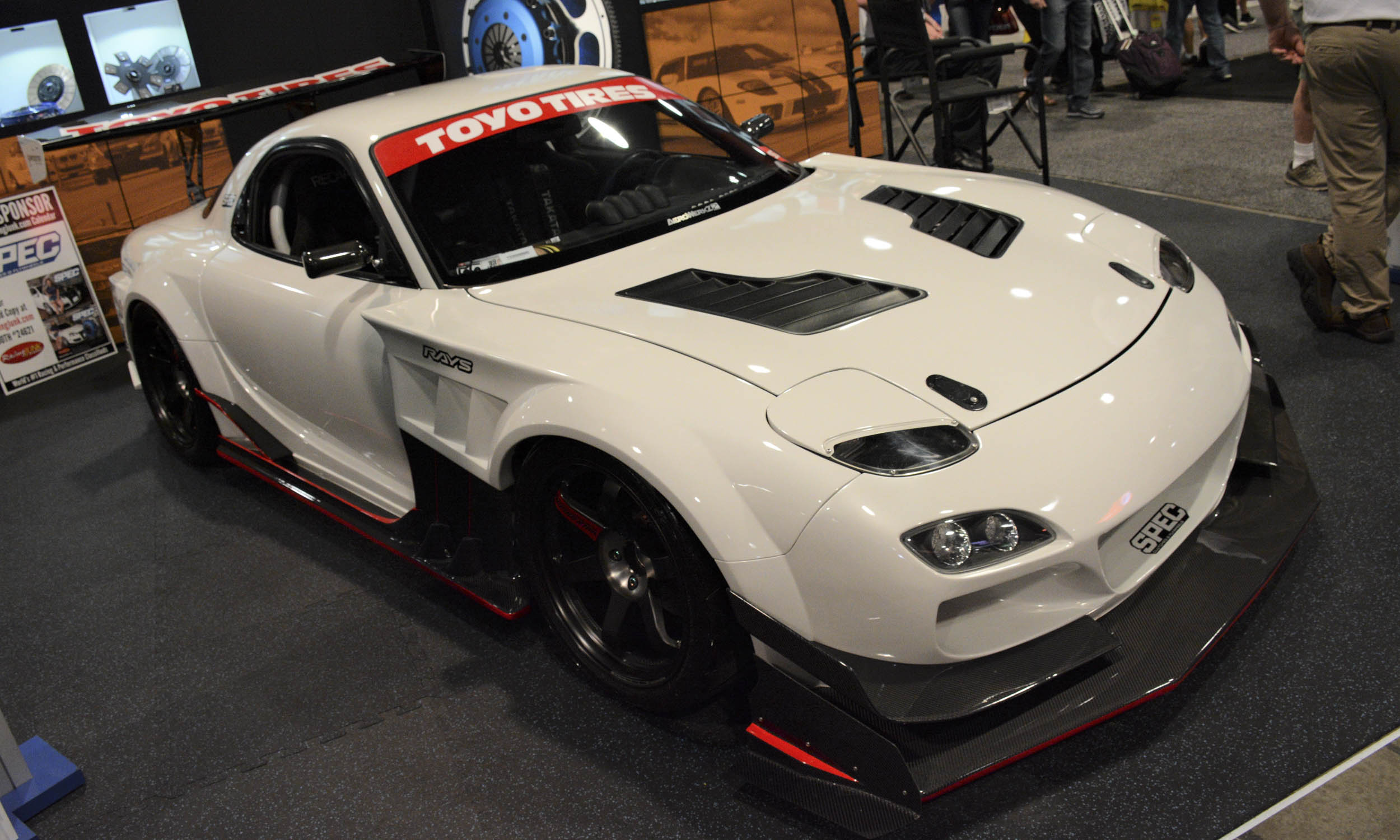 Spec Clutches Mazda RX-7
Spec Clutches displayed Jonny Grunwald’s wicked wide-body RX-7 in its booth. The eye candy modification on this Mazda is the Total Car Produce Magic G-Face aero kit. Notice how the red trim on the carbon fiber aerodynamics tie in with the red accents on the Volk Racing TE37SL Version 2 wheels. A 430-horsepower 13B rotary engine lurks under the hood. 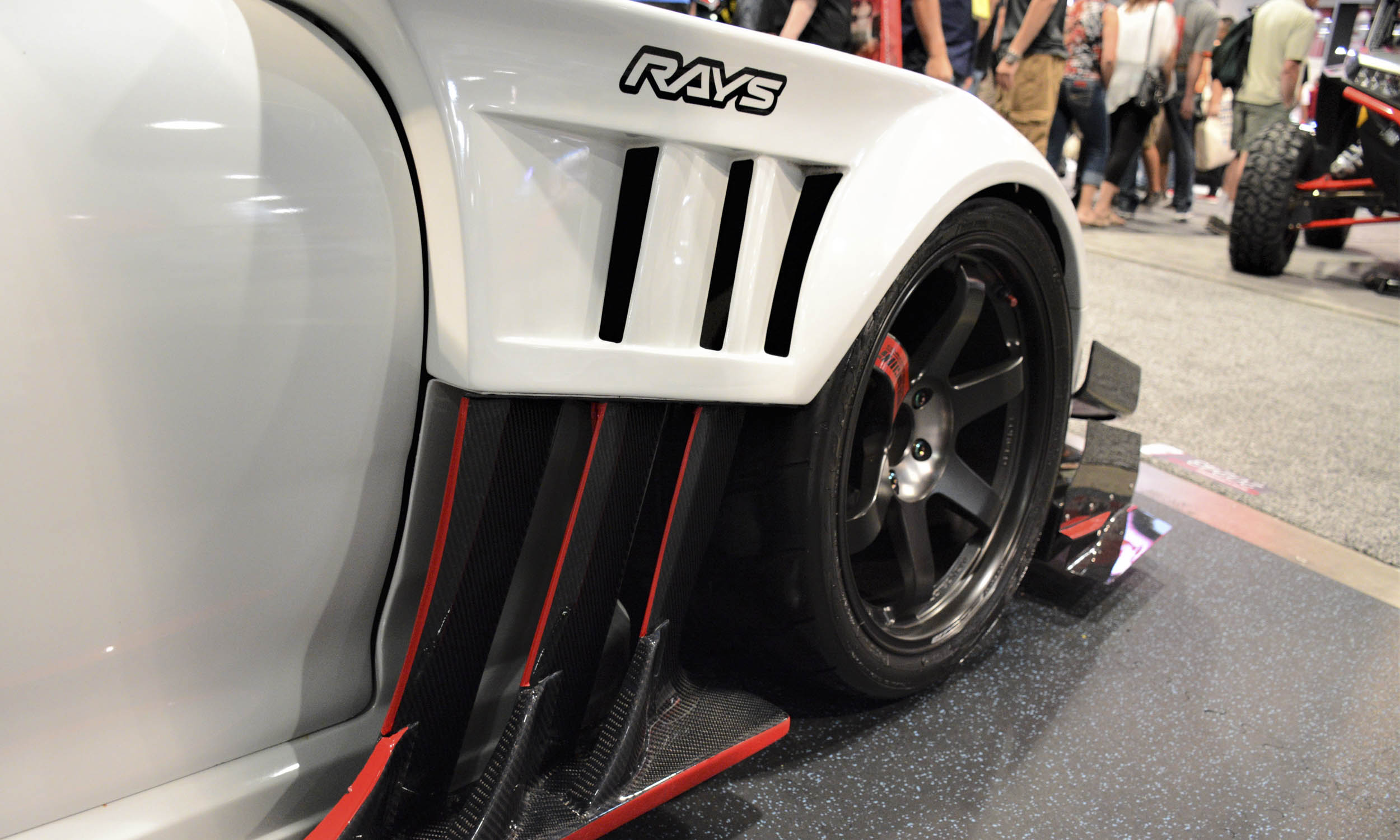 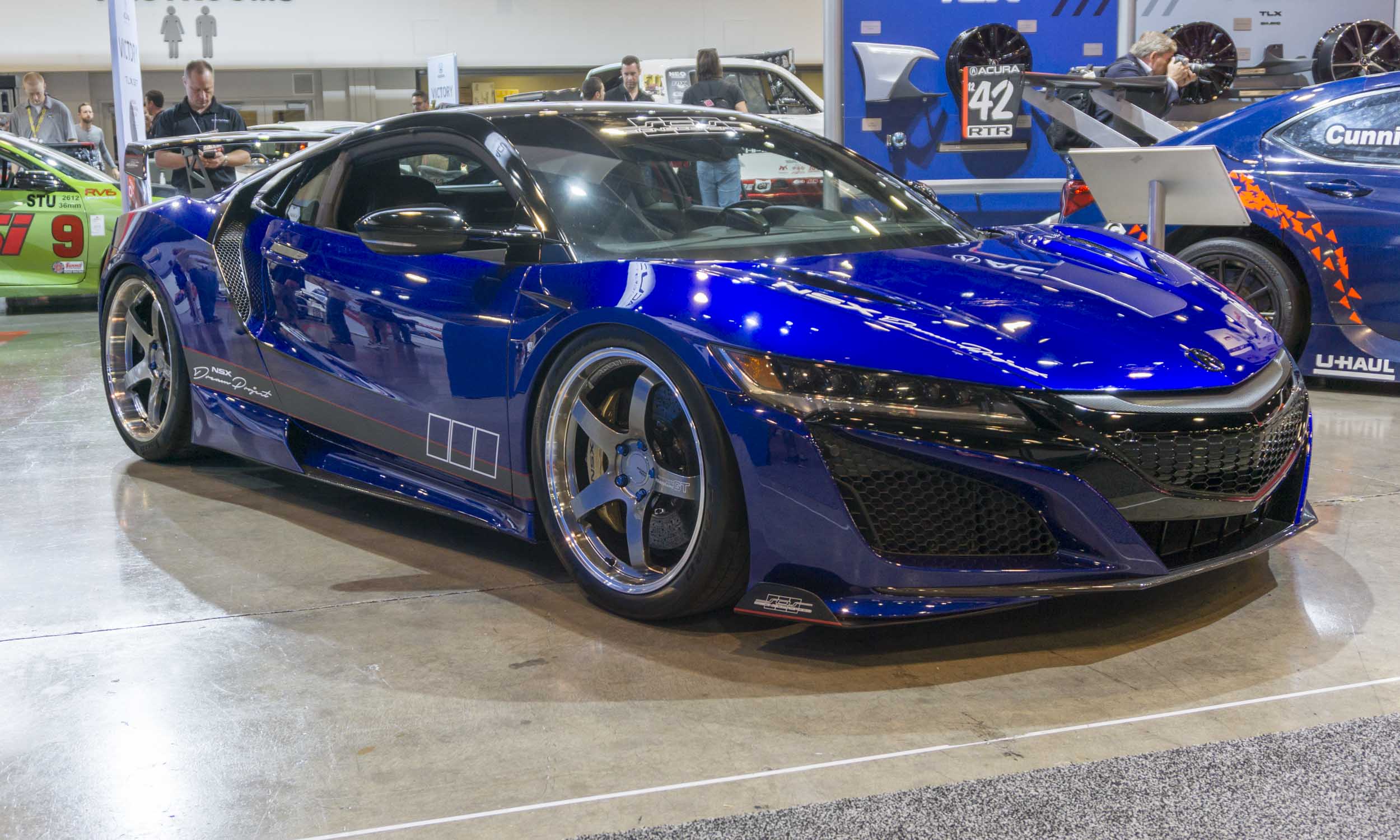 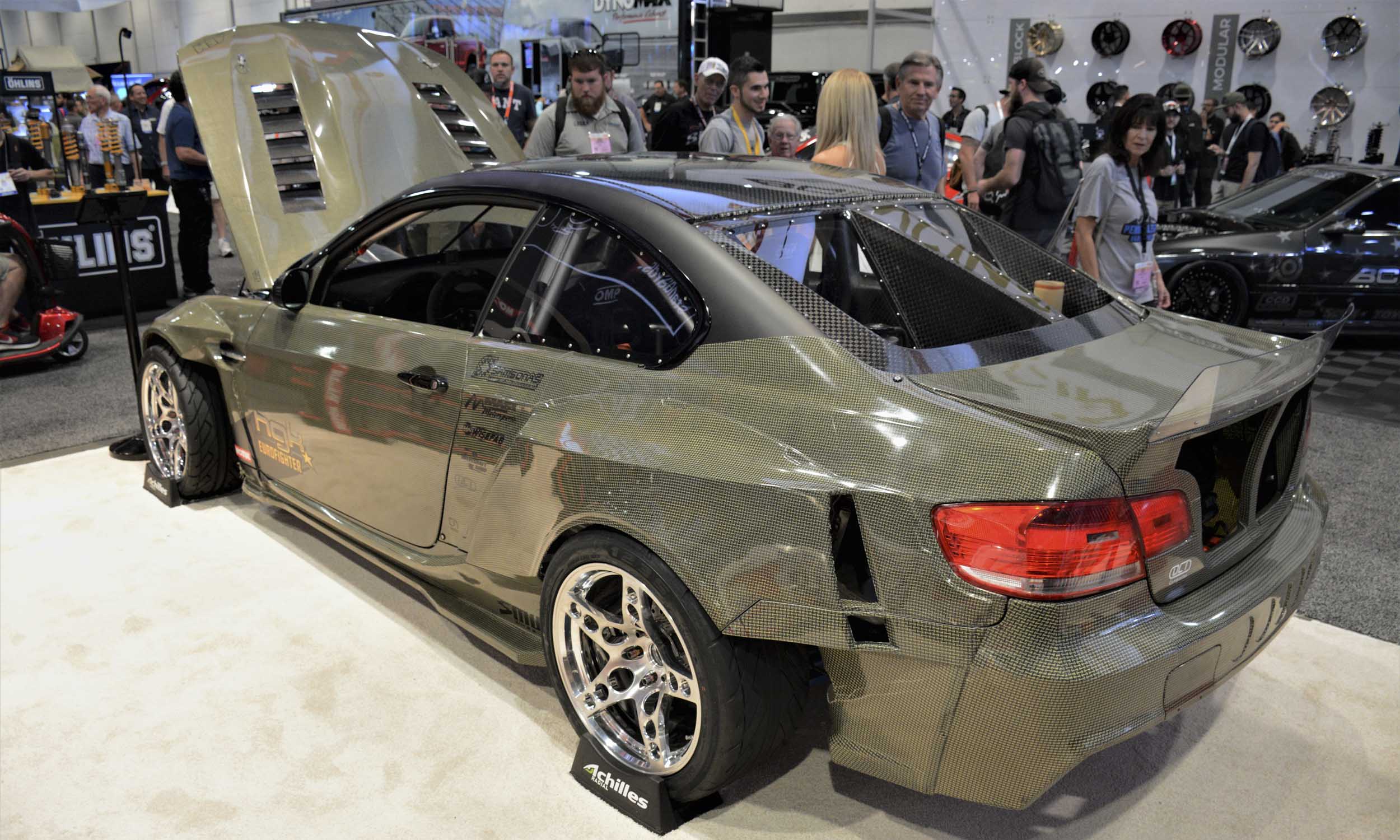 HGK E92 Eurofighter
Latvia-based HGK Motorsports, a renowned drift car builder, has stepped up to the plate big-time with this 3 Series BMW. The car, slated to be the 2018 ride for Formula Drift driver Kristaps Bluss, was pressed into service at the 2017 season finale at Irwindale where it tore up the track. The Bavarian sports a carbon-Kevlar body from Latvia’s OCT Composites that includes aggressive over-fenders and a sinister hump in the hood that warns of a monster beneath. 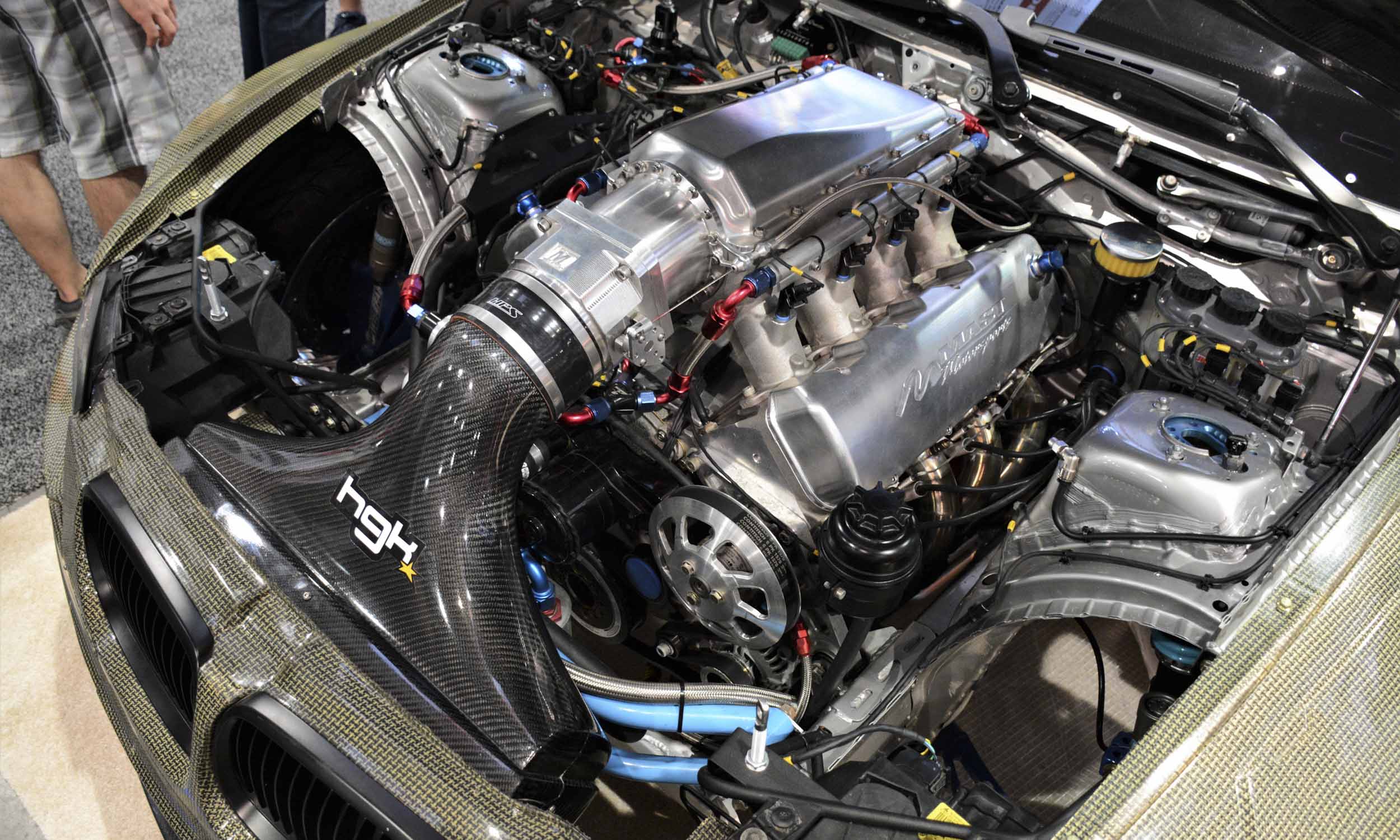 HGK E92 Eurofighter
The Eurofighter is motivated by a Mast Motorsports 427-inch V8 engine dubbed the Big Boy. The DART aluminum-blocked V8 is naturally aspirated and dishes out an impressive 900 horsepower while spinning to a dizzying 9000 rpm. The engine is so big it takes up the entire engine bay — the radiator is housed in the trunk, along with two massive cooling fans. 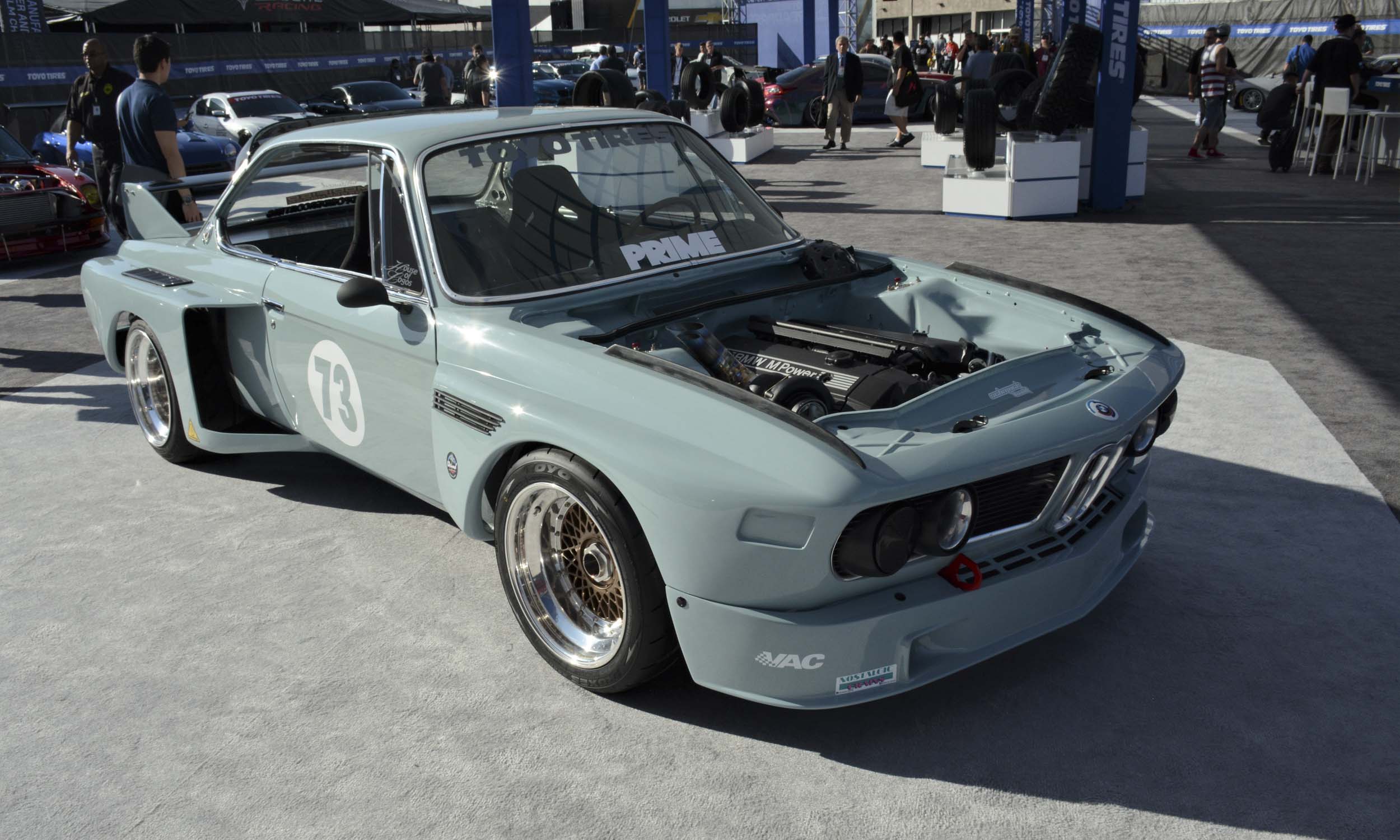 BMW 3.0 CSL Batmobile
BMW constructed 1,265 of the famed lightweight 3.0 CSL coupes in the early 1970s, and only 110 examples feature the wild “Batmobile” aero treatment. Owner Willy Izaguirre used these famed and unicorn-rare cars as the inspiration for his build. A dilapidated 1973 3.0 CS was the starting point, and after getting the rust out Izaguirre added fiberglass box flares on the fenders, the proper wing and spoiler effects, and a lowered suspension. The clean installation of these mods are instrumental in making the BMW a standout. 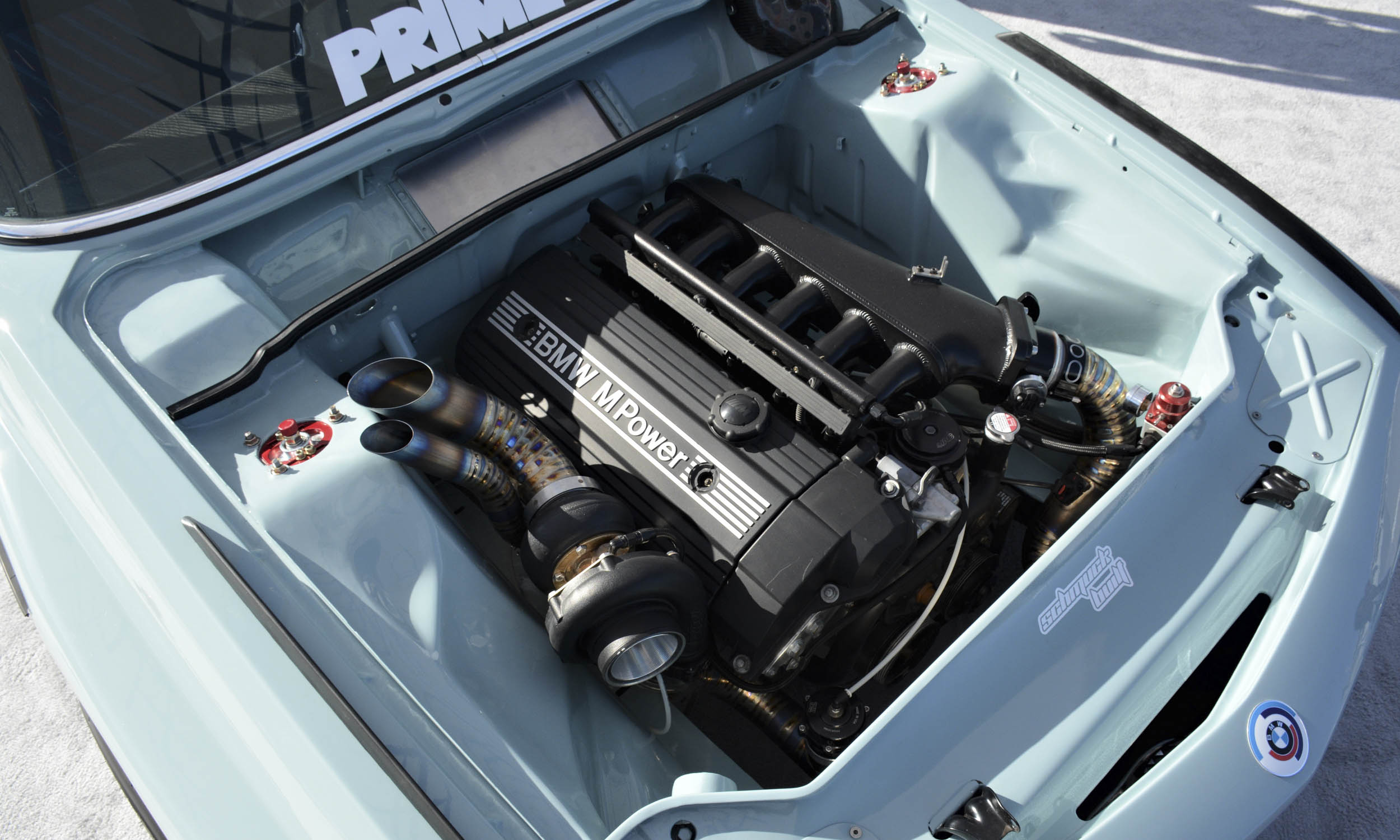 BMW 3.0 CSL Batmobile
A BMW S52 inline six-cylinder powerplant scavenged from a 1998 M3 provides the 3.0 CSL’s thrust. The sixer runs a trick custom-fabricated intake manifold with long runners and a large plenum. The engine bay has been fully smoothed and wire tucked, which really adds to the overall vibe of the build. 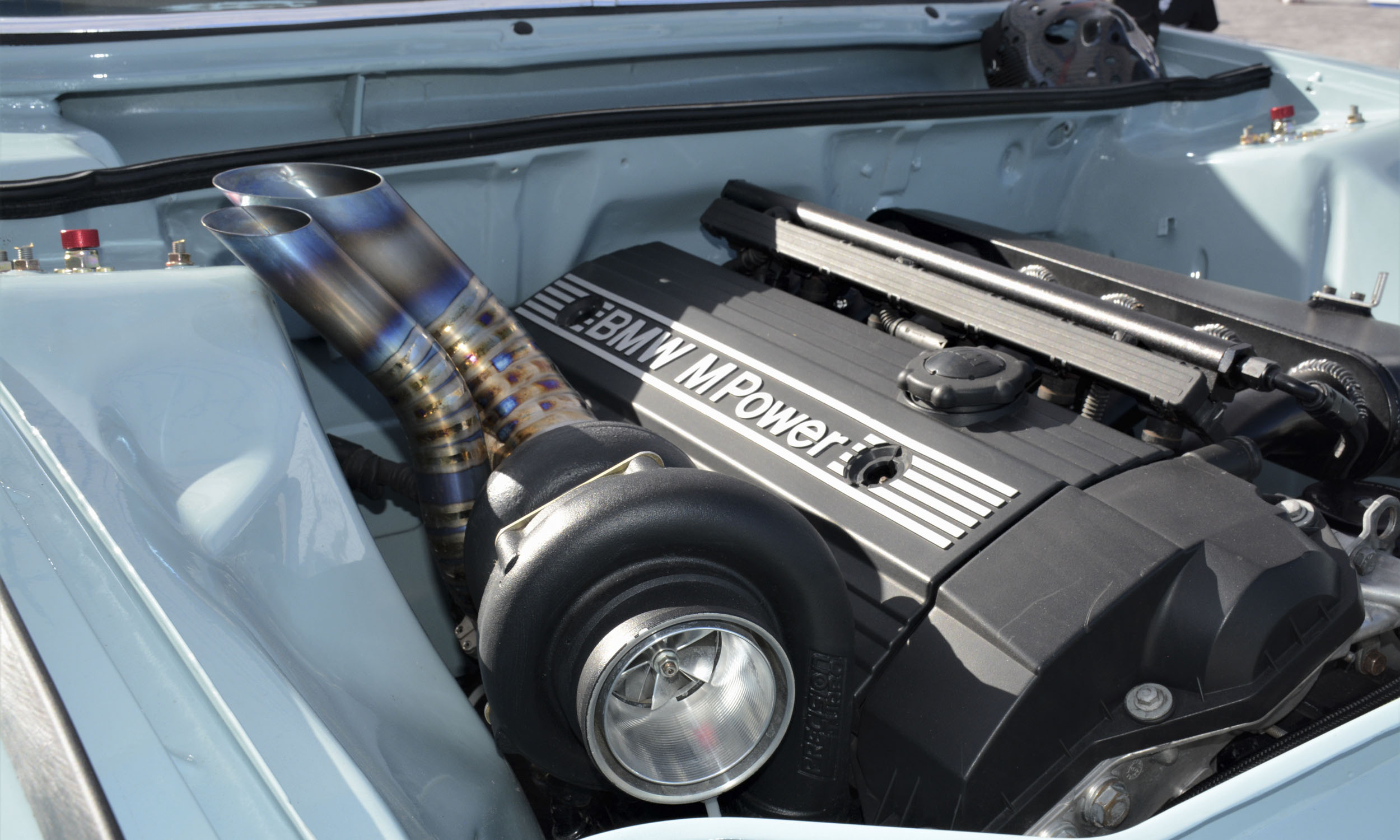 BMW 3.0 CSL Batmobile
The S52’s stock 240 horsepower was deemed unworthy in such a race-oriented project, so Izaguirre brought it up to spec by installing a turbocharger. The BMW runs a Precision Turbo unit that reportedly pushes the 3.0-liter six to a healthy 550 horsepower. 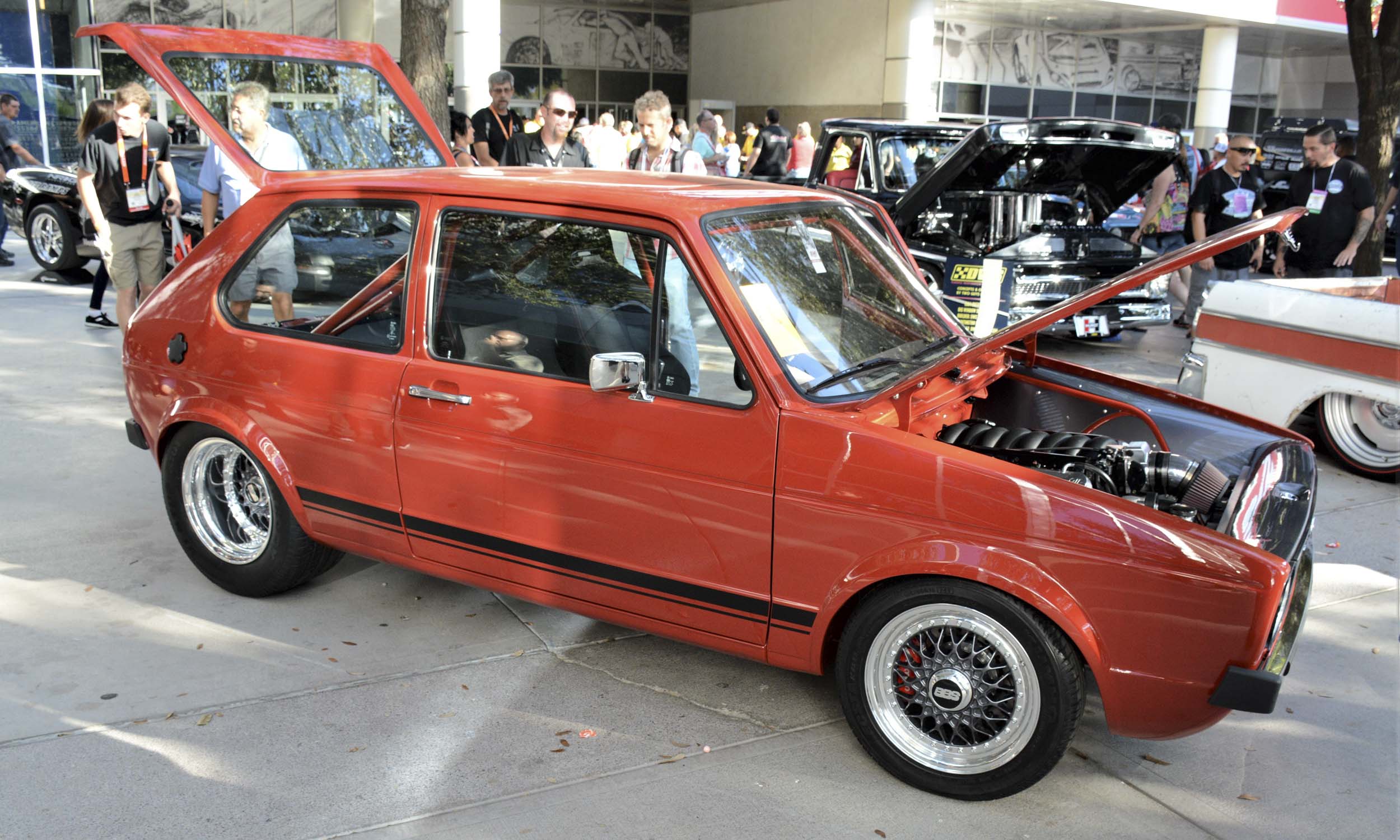 Connor Hofford 1984 Volkswagen Rabbit GTI
This Rabbit GTI was the first hot hatch; it was known as a sporty fuel sipper and earned cult status in the late ’80s. This one goes where no one dreamed possible. Constructed by Quality Custom Rides out of Pennsylvania, the GTI is a drag-prepped racer with a small-block Chevy under the hood and fat drag tires out back. 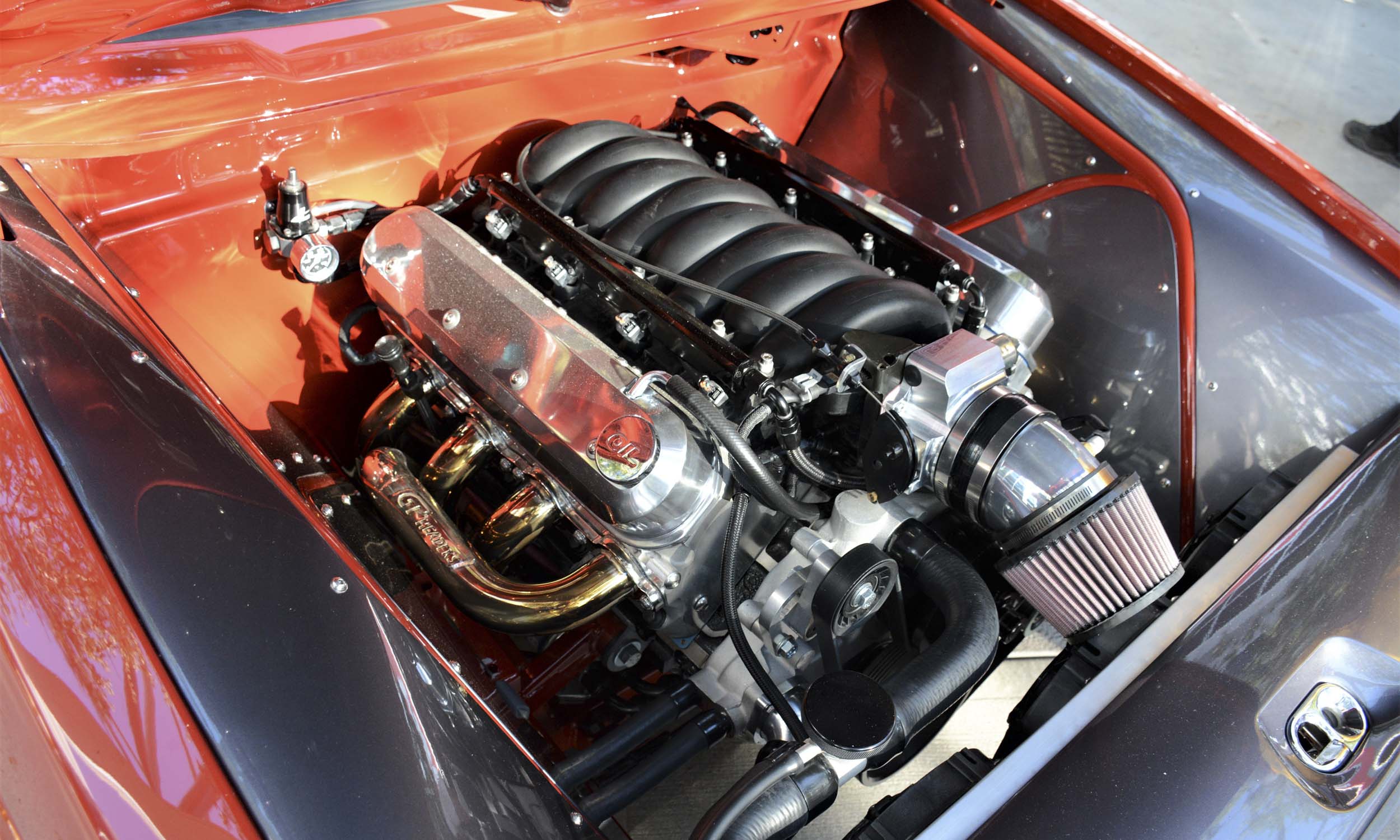 Connor Hofford 1984 Volkswagen Rabbit GTI
An immaculately trimmed bay is home to an LS engine from a truck fitted with an LS3 top end. The hybrid LS runs a very short short-ram conical intake system, custom-fabricated stainless-steel headers and standalone fuel injection. The Rabbit is built on a custom pro-street style chassis and its powertrain includes a Muncie 4-speed and a super-narrowed Ford 9-inch rear end. The attention to detail is truly eye-catching, confirmed by this V-Dub being honored as a SEMA Battle of the Builders Top 40 pick. 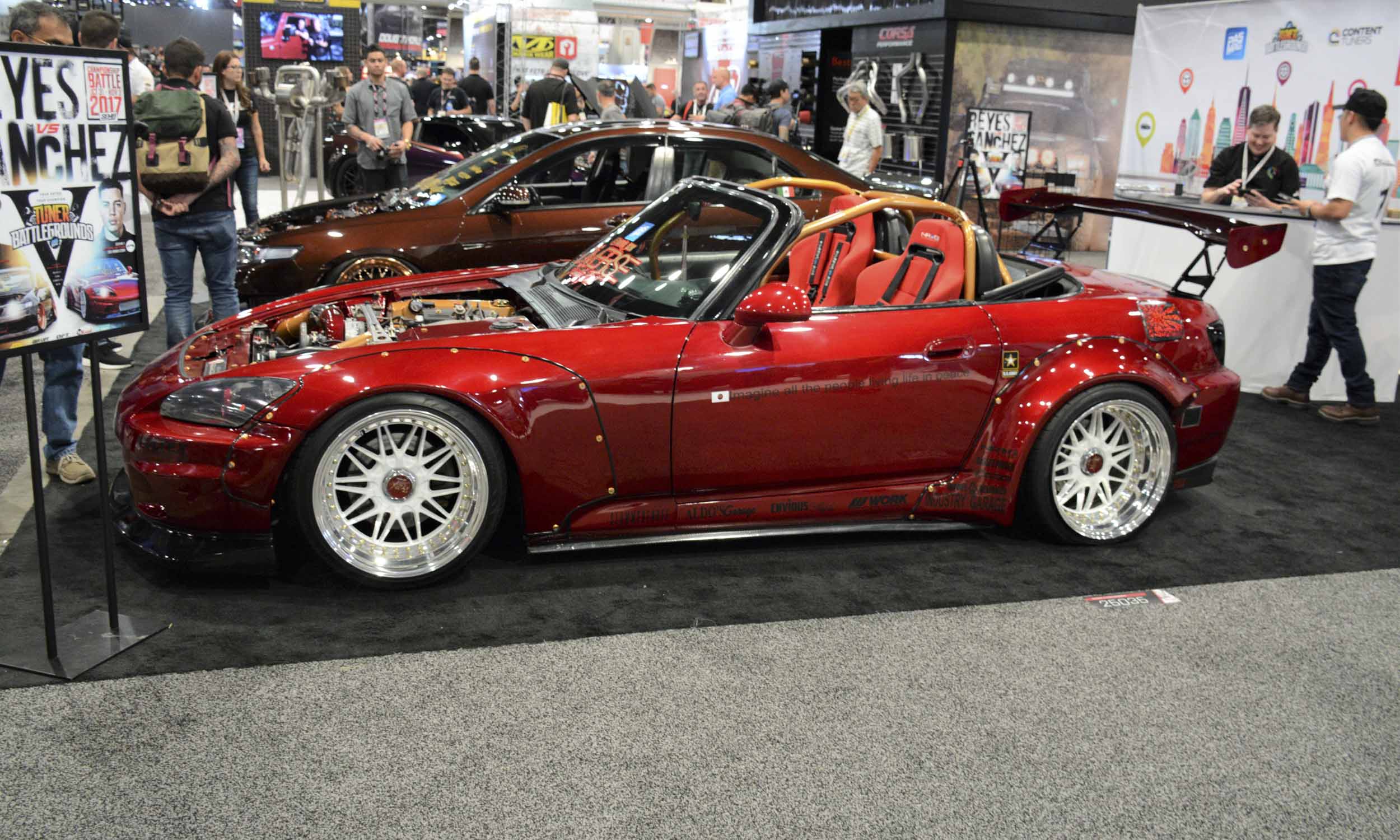 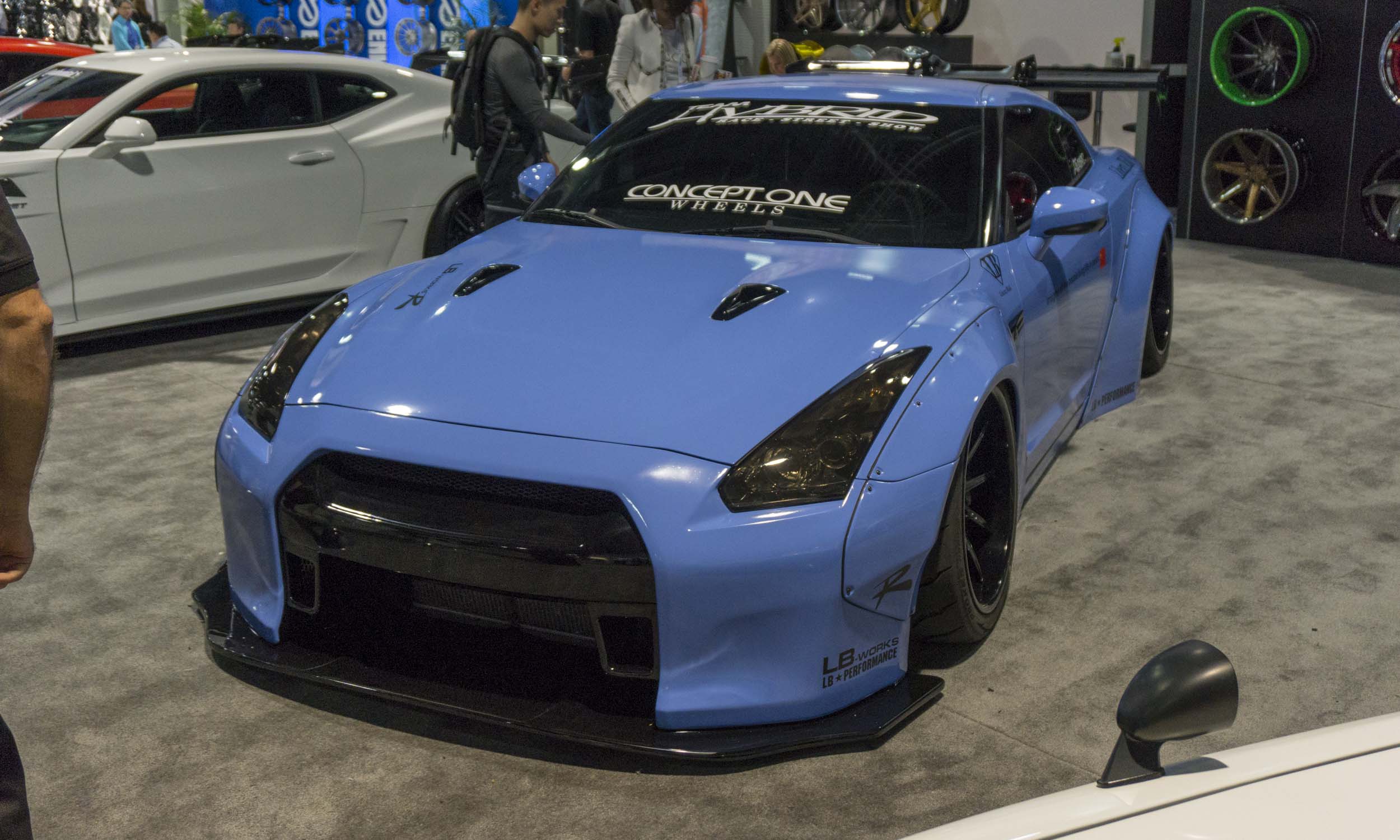 Liberty Walk GT-R
The GT-R features a 565-horsepower 3.8-liter V6 engine, all-wheel drive and a reasonable $109,000 price tag for Nissan’s supercar. Liberty Walk is a Japanese manufacturer of outlandish super-wide body kits, some that eclipse $15,000 in price. Here’s what happens when you put the two together. This example is built by Team Hybrid and rolls on Concept One wheels. 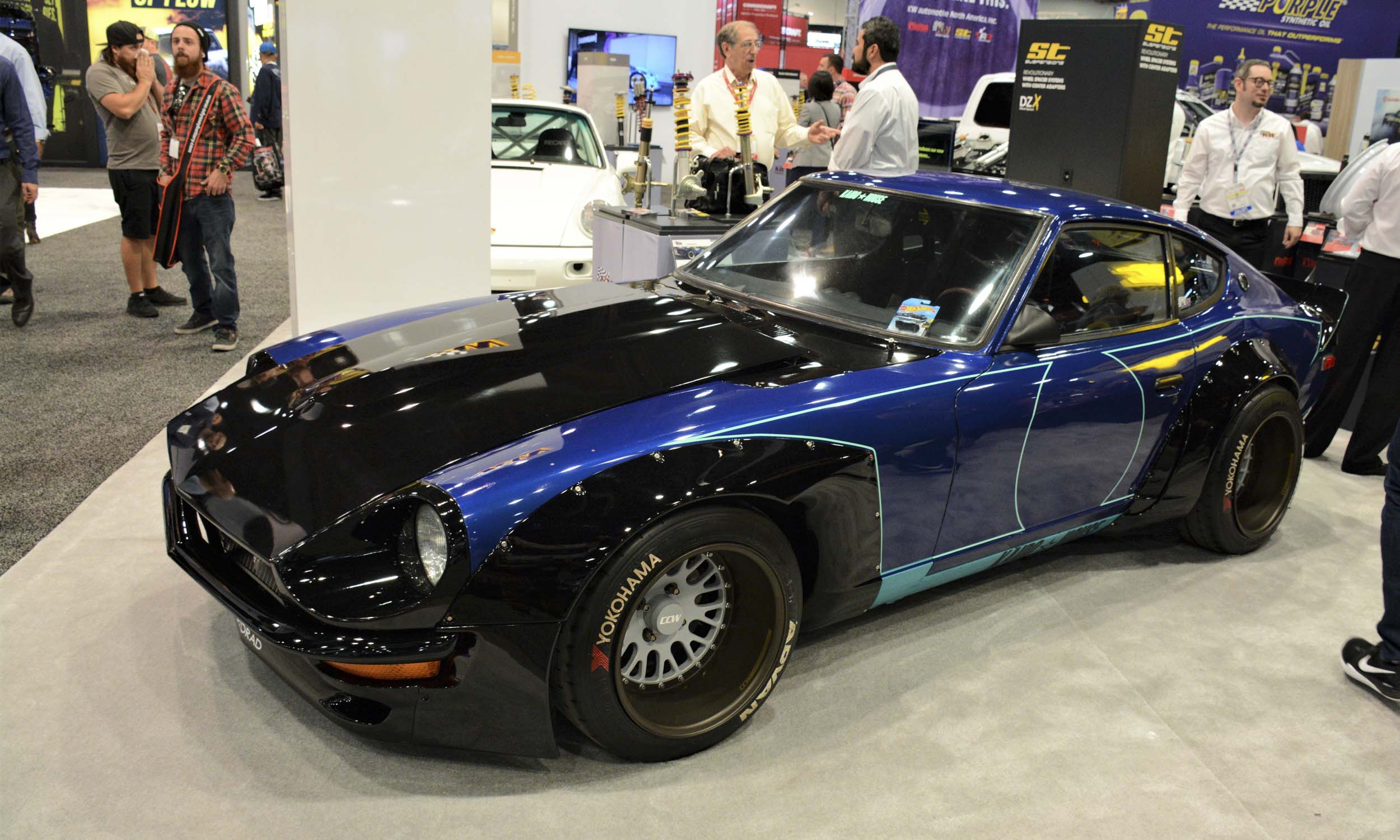 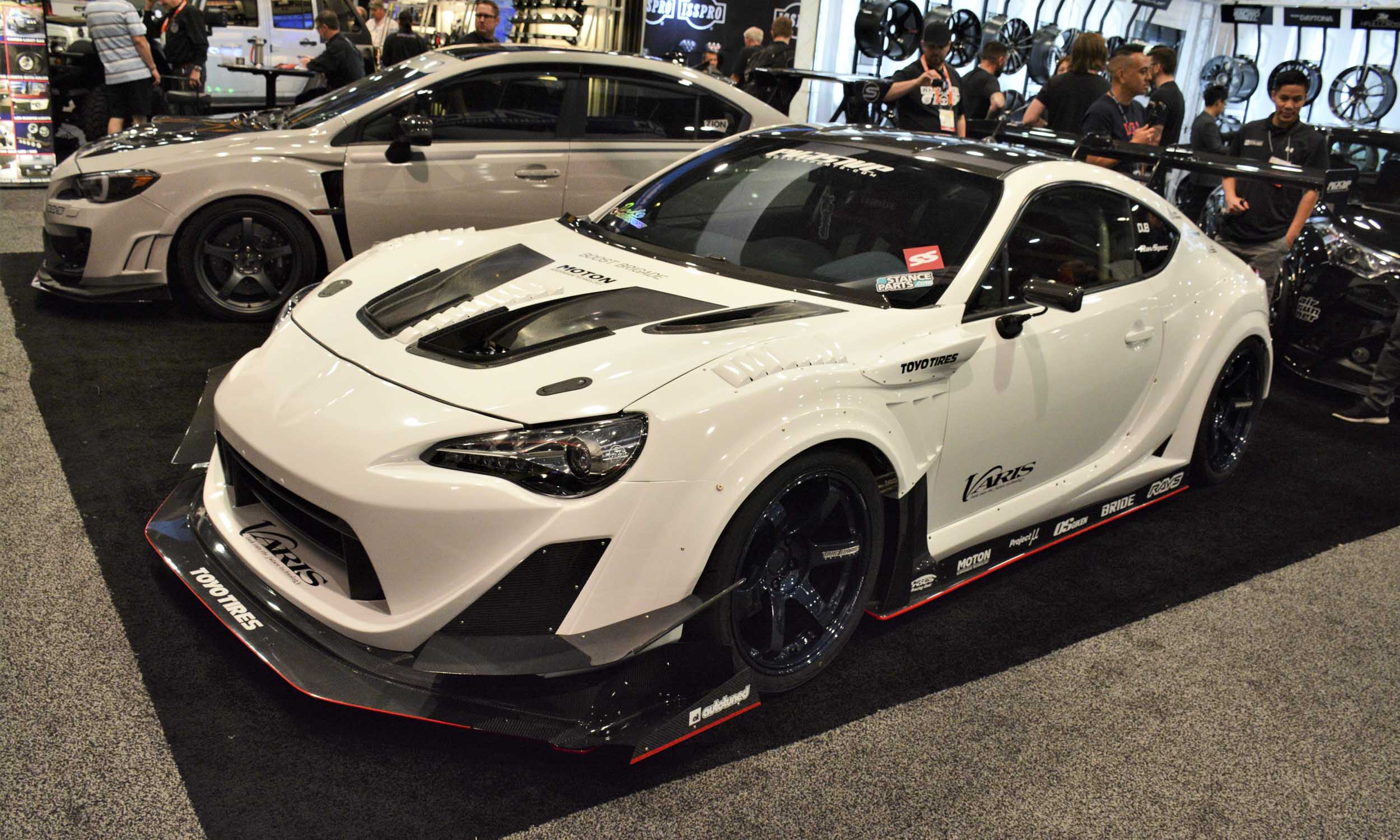 Volk Racing Toyota 86
Varis is a long-standing aero kit maker from Japan. Their trademark is wide-body treatments with true downforce generating abilities. The company was quick to embrace the Toyobaru trio (Scion FR-S, Subaru BRZ, and Toyota 86) and these cars have become popular time attack and drifting platforms. This fine example from Pitstop Motorsports shows why. 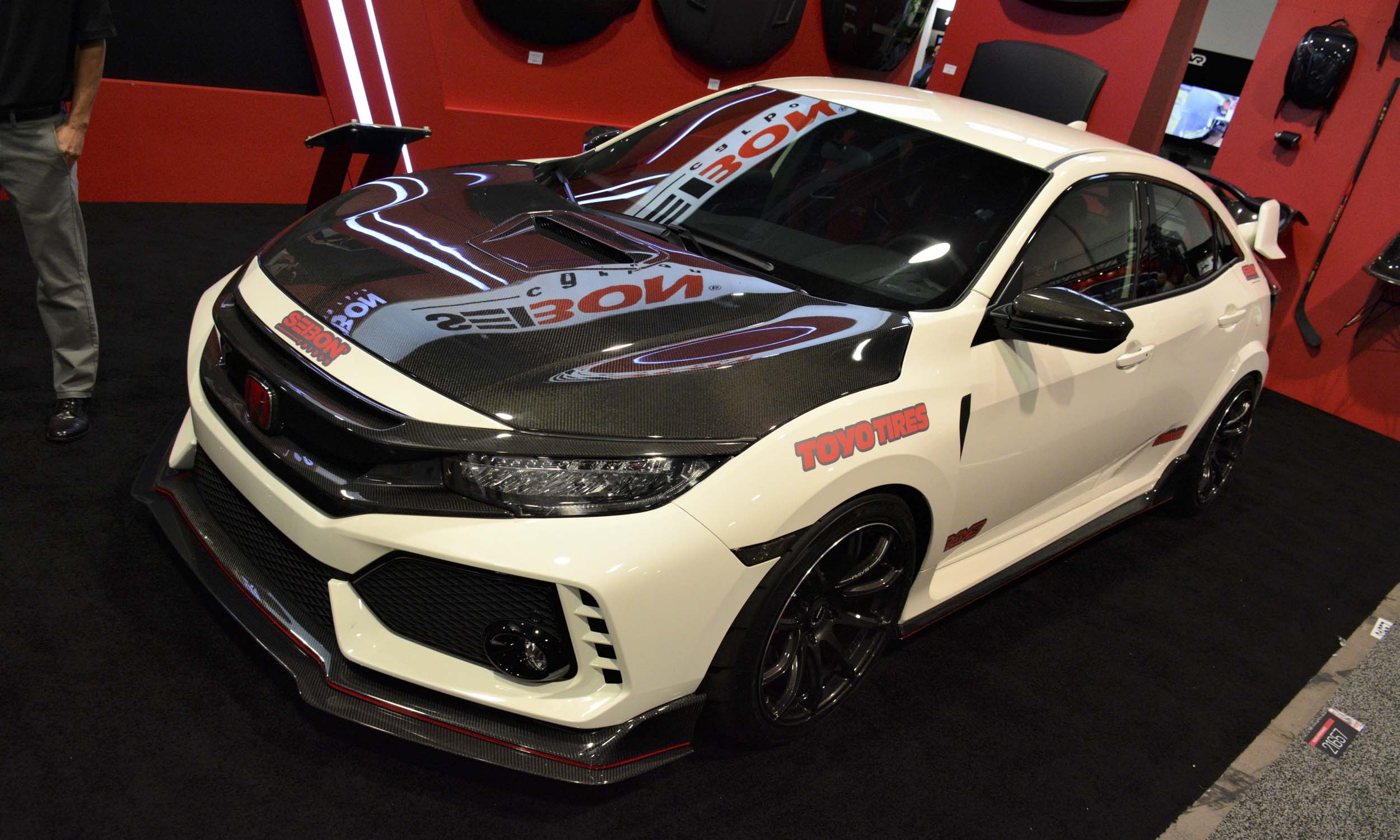 Honda Civic Type R
Siebon was one of the few companies to show a new Civic Type R. We were surprised there were not more of the 306-horsepower turbo-infused bruisers at SEMA. Siebon looks to be ahead of the tuning curve — it’s Type R is fully dressed in carbon fiber with a hood, grille surround, air splitter, side skirts, and rear fascia all on point.