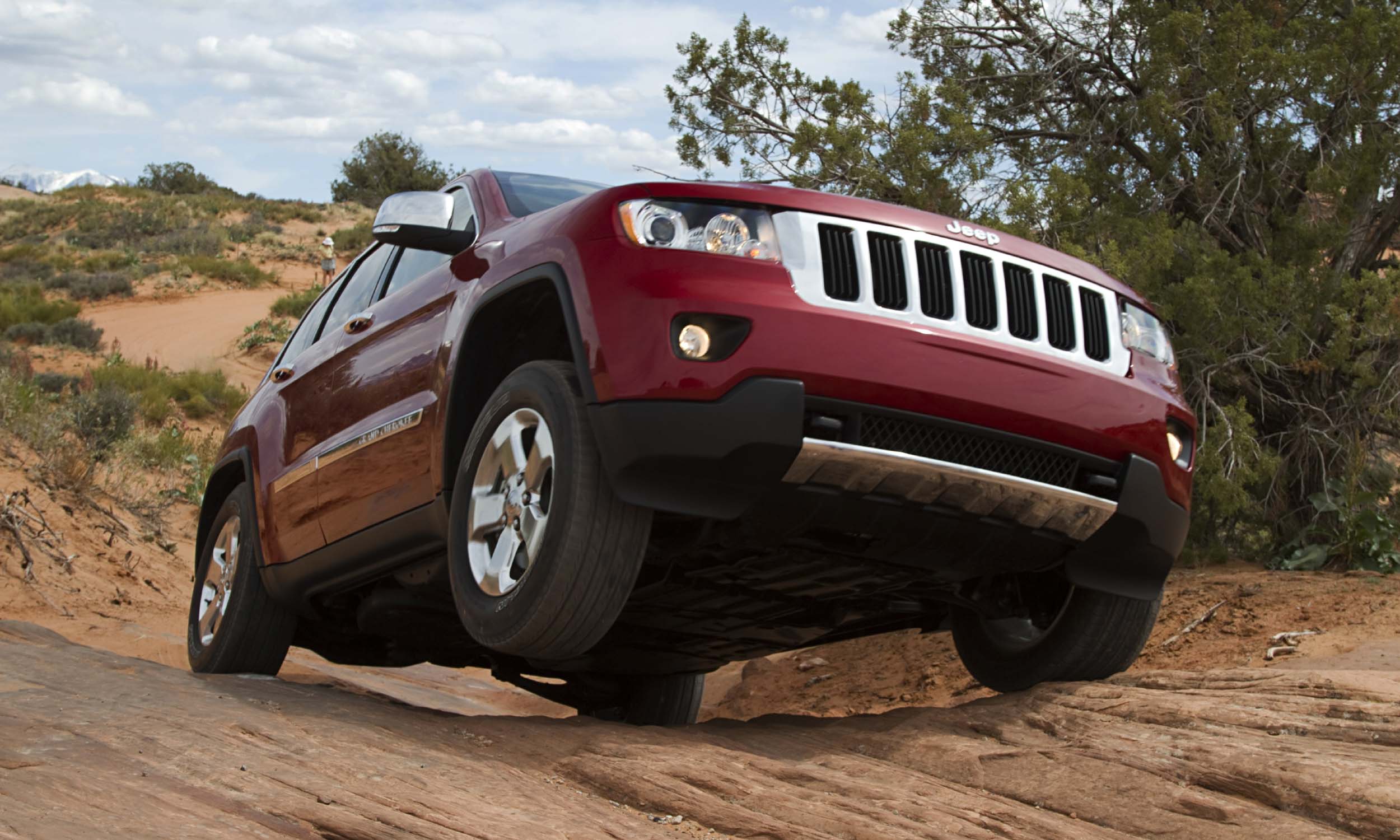 Rugged Under $20,000
As the seasons change, demand for weather-worthy transportation goes on the upswing. Autumn months are a prime time for buying vehicles that have the brute power, determined traction and rugged reliance needed to tackle the rain, mud, sleet and snow of winter. According to Kelley Blue Book, the average new-car price in the U.S. hovers around $35,000. And the average price for a new vehicle with all-wheel drive capability is often more than that. Budget-minded shoppers will be looking at used vehicles — in this case 4-wheel-drive trucks and SUVs that cost less than $20,000 and deliver the peace of mind needed to face the dark demons of winter. What follows are 15 great choices. 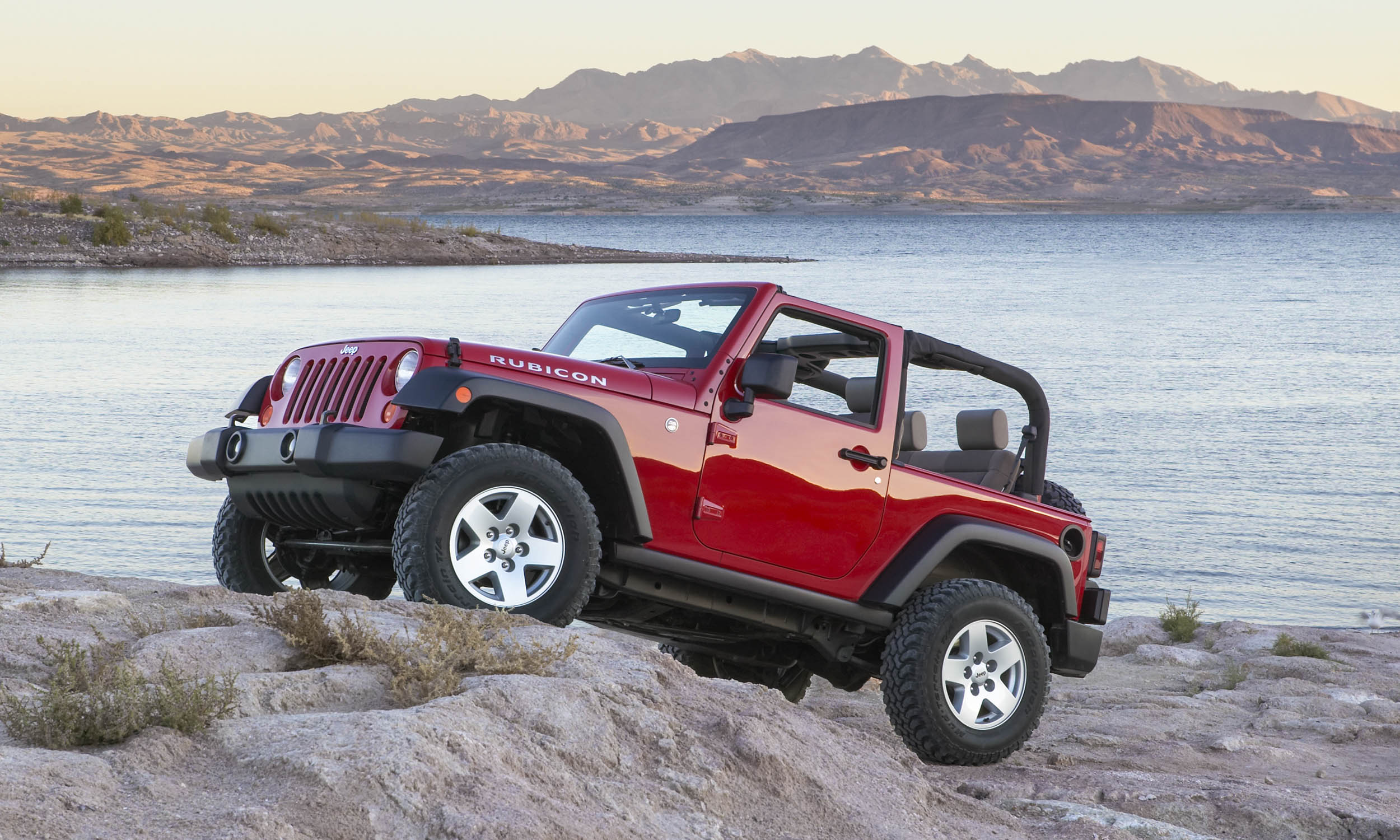 2007–2009 Jeep Wrangler
Reputations don’t get much more rugged than the Wrangler’s. Most of the examples in the sub-$20,000 price range are from the first three years of the current JK series. The JK introduced the world to Unlimited 4-door models. Wranglers were powered by a 3.8-liter V6 rated at 202 horses until 2012, when the solid 285-horsepower Pentastar V6 slipped under the hood. Jeep changes models and trims a great deal year to year, and the automaker is famous for offering special-edition Wranglers, so do some extra research. With ground clearance ranging from 8.8 to 10.2 inches, the Wrangler is more than ready for
for tough terrain. 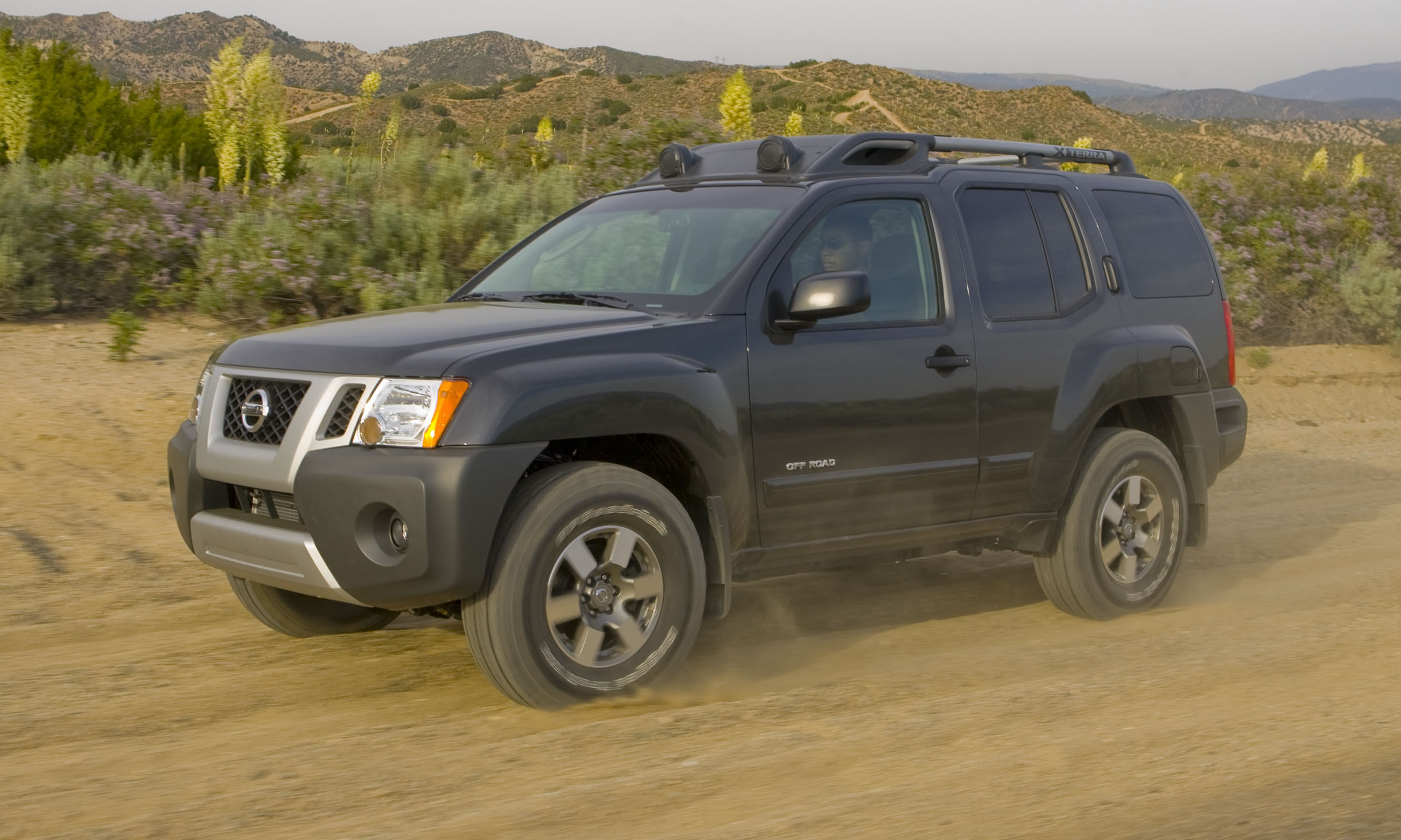 2010–2012 Nissan Xterra
The Xterra gets its rough-and-tumble demeanor from a rock-solid two-box frame originally developed for the Frontier pickup. No crossover car chassis here. The SUV debuted as a 2000 model and was discontinued after 2015, and budget constraints here put buying power in the middle of the second generation that spans from 2005 to 2015. This vintage is powered by a 265-horsepower 4.0-liter V6, has 9.5 inches of ground clearance, and features a part-time 4-wheel-drive system, which means the driver engages 4-wheel drive — in this case via a dash-mounted dial switch. 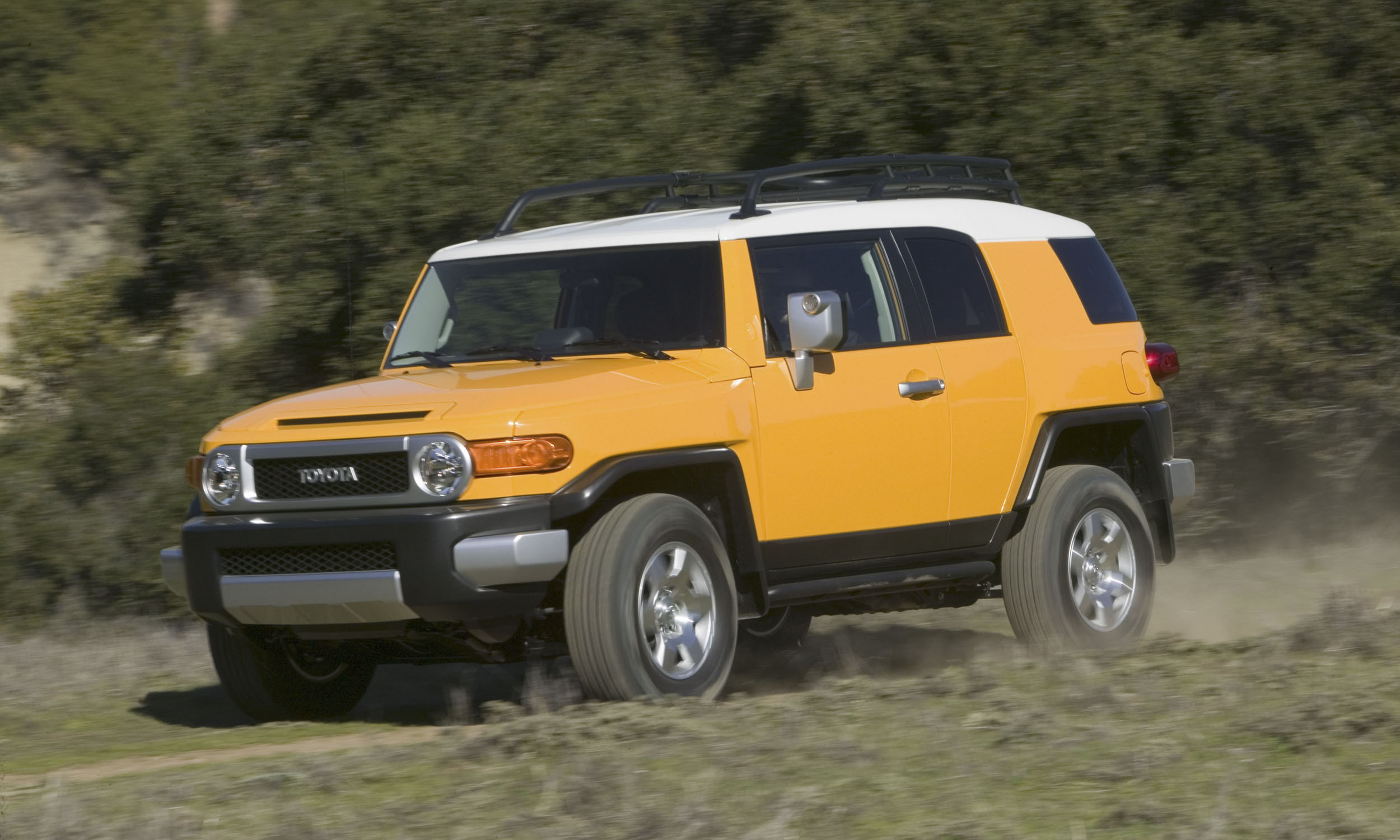 2007–2010 Toyota FJ Cruiser
A retro-styled off-roader penned to resemble the famous FJ40 Land Cruiser (1960–1984), the FJ Cruiser was a wildly popular concept in 2003, a good seller when it hit the streets in 2006, and a vehicle that was missed after its discontinuation in 2014. The FJ Cruiser also features truck style, body-on-frame construction, pushbutton selection of 4-wheel drive, a locking differential, traction control and 9.6 inches of ground clearance. Examples for the budget-conscious are powered by a 239-horsepower 4.0-liter V6 engine until 2010 when a valvetrain upgrade bumped output to 259 horses. Inside, the FJ is all about off-road adventures — the minimalist cockpit has a throwback feel with a compass, inclination gauge and other cool touches. 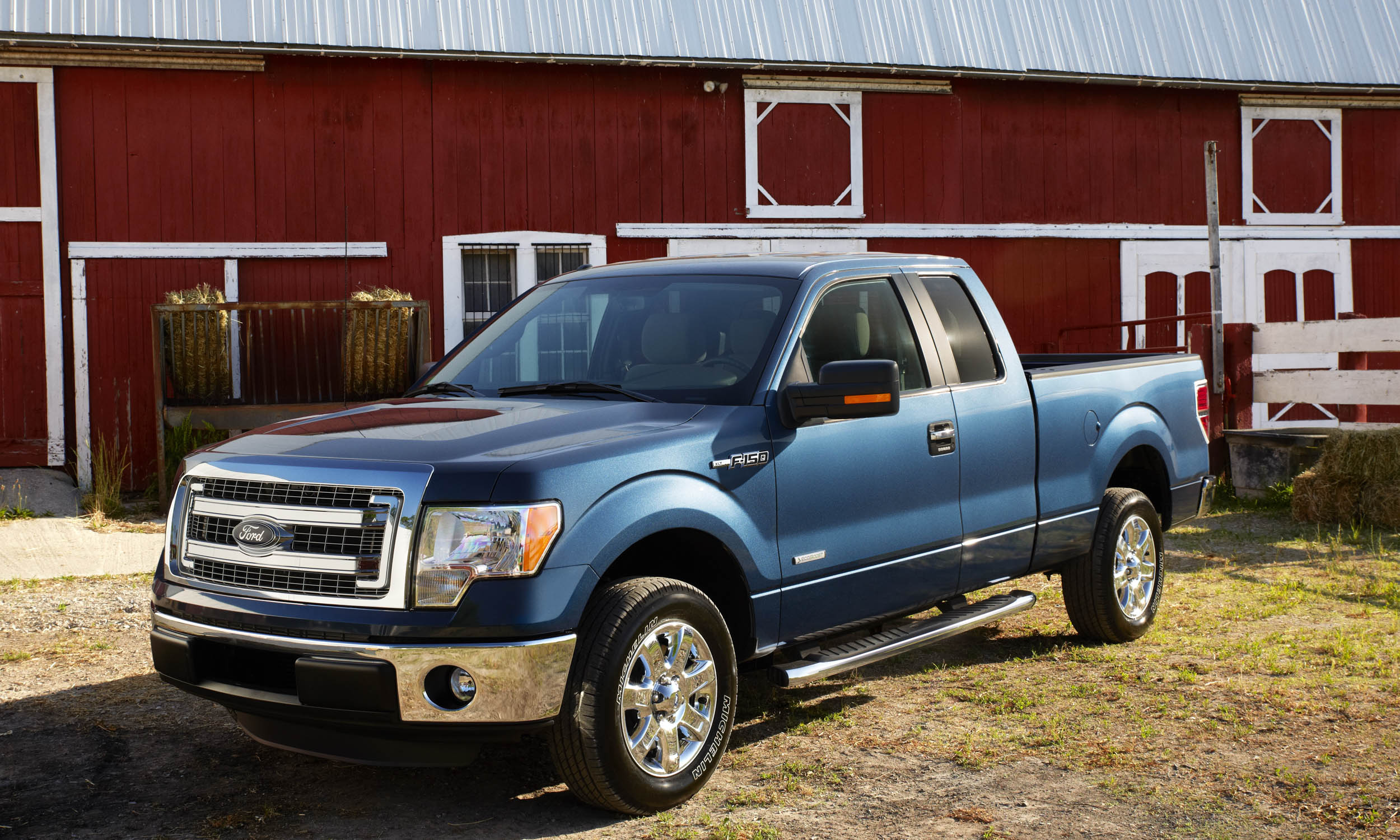 2010–2013 Ford F-150
No tough truck list would be complete without the perennial best-selling pickup, the Ford F-150. Buying a budget-minded F-150 means looking at the 12th generation, which ranges from 2009 to 2014 and is easily identifiable by its Super Duty style grille that features large vertical vents on its outer edges. For model year 2010 Ford discontinued the Flareside bed style and introduced the high-performance Raptor variant . . . a pipedream in a budget price range. But 2011 is the critical model year when the pickup received an across-the-board powertrain update. Ford offered a 202-horse 3.7-liter base V6, a 365-horsepower 3.5-liter EcoBoost twin-turbo V6, and a pair of stout V8s: a 5.0 liter rated at 360 horsepower and a 6.2 liter with 411 horsepower on tap. Ground clearance ranges from 8.8 to 9.1 inches. 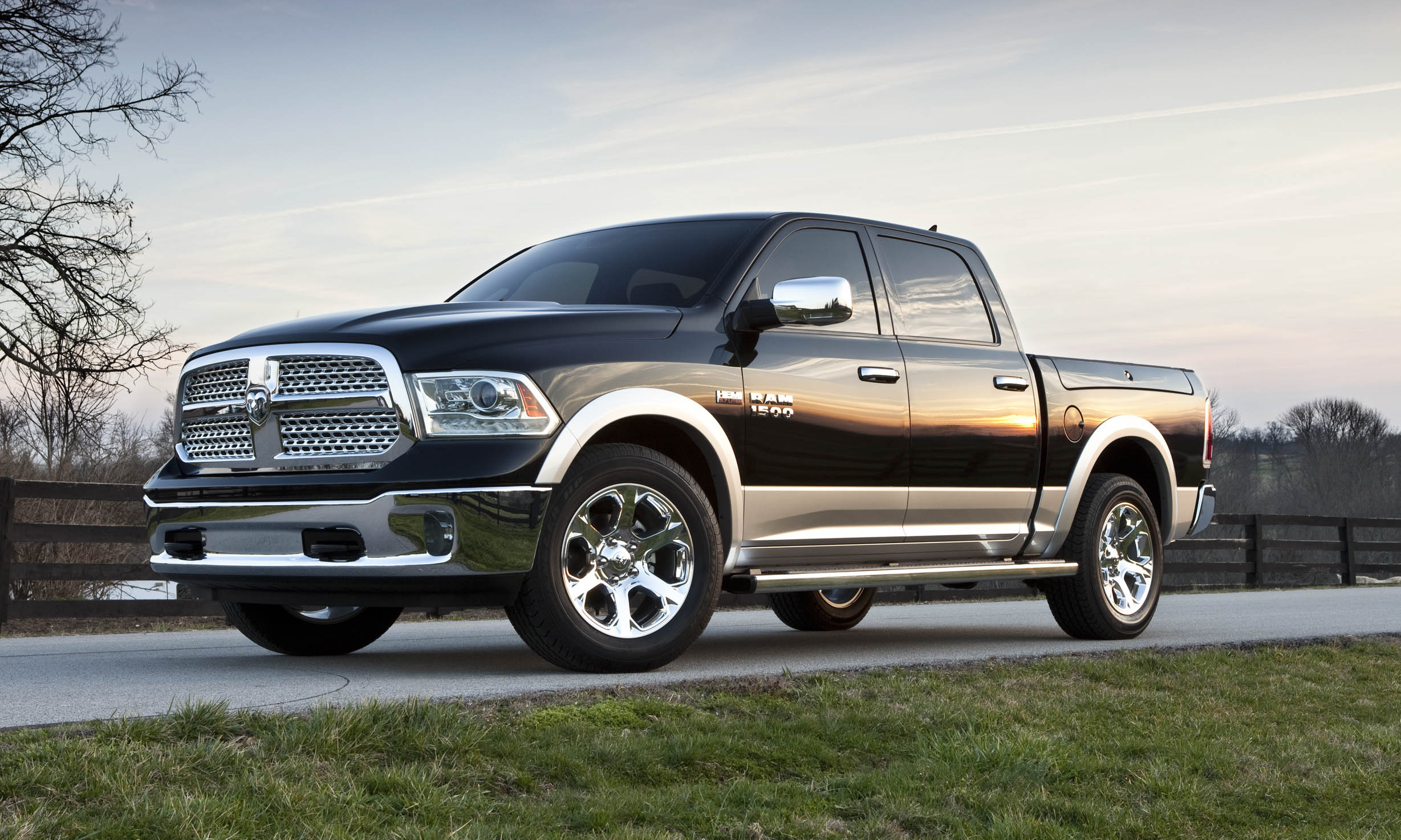 2011–2013 Ram 1500
For those who like the bold grilles and muscular fender treatments of Ram trucks, the fourth generation (2009-to-present model) are the target. The used truck $20,000 budget cap puts shoppers in the 2011 to 2013 model year range. This era of Ram features a new 4-door cab offering, reworked suspension, a fresh HEMI engine option, 8.6 to 9.0 inches of ground clearance, and the Rambox — a clever system that allows secure storage inside the truck’s bed walls. Engine choices include a 310-horsepower 4.7-liter V8 and a 390-horse 5.7-liter HEMI V8. If you like working the gears, the Ram is the only rig from the Big Three to still offer a manual transmission. 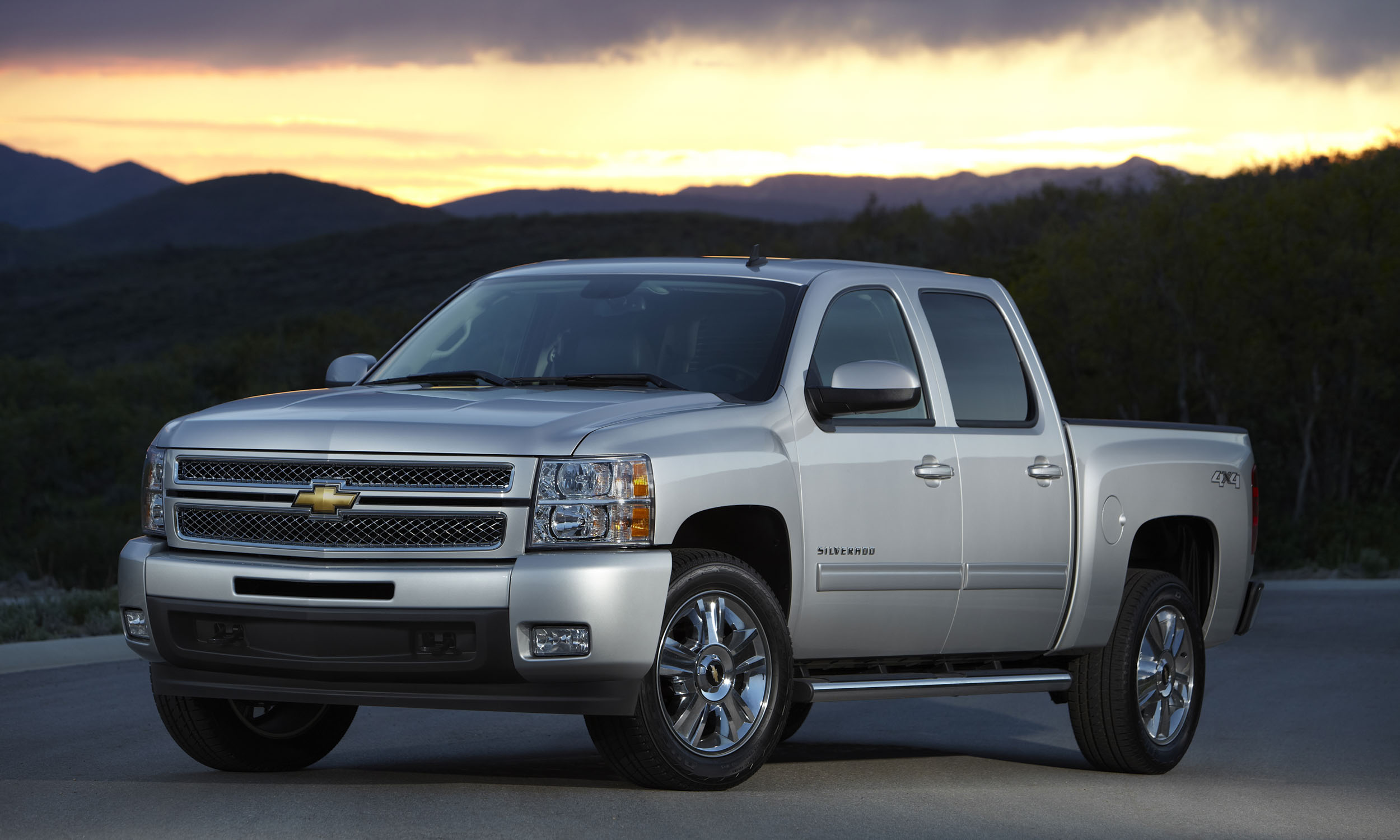 2010–2012 Chevy Silverado
The Silverado nameplate took the torch from the 1500 model in 1999 and its second generation runs from 2007 to 2014. The pickup had a substantial face-lift for 2010 that included body styling, light interior changes, and the introduction of 6-speed automatics as standard fare in all up-level V8s. Ground clearance checks in at 9.1 to 9.5 inches. Under the hood, Silverado can be had with a base 302-horsepower 4.8-liter; a 315-horsepower 5.3-liter; or a 403-horsepower 6.2-liter. Like most pickups, the other big consideration is cab configuration, and choices consist of regular, extended and four-door crew cab. 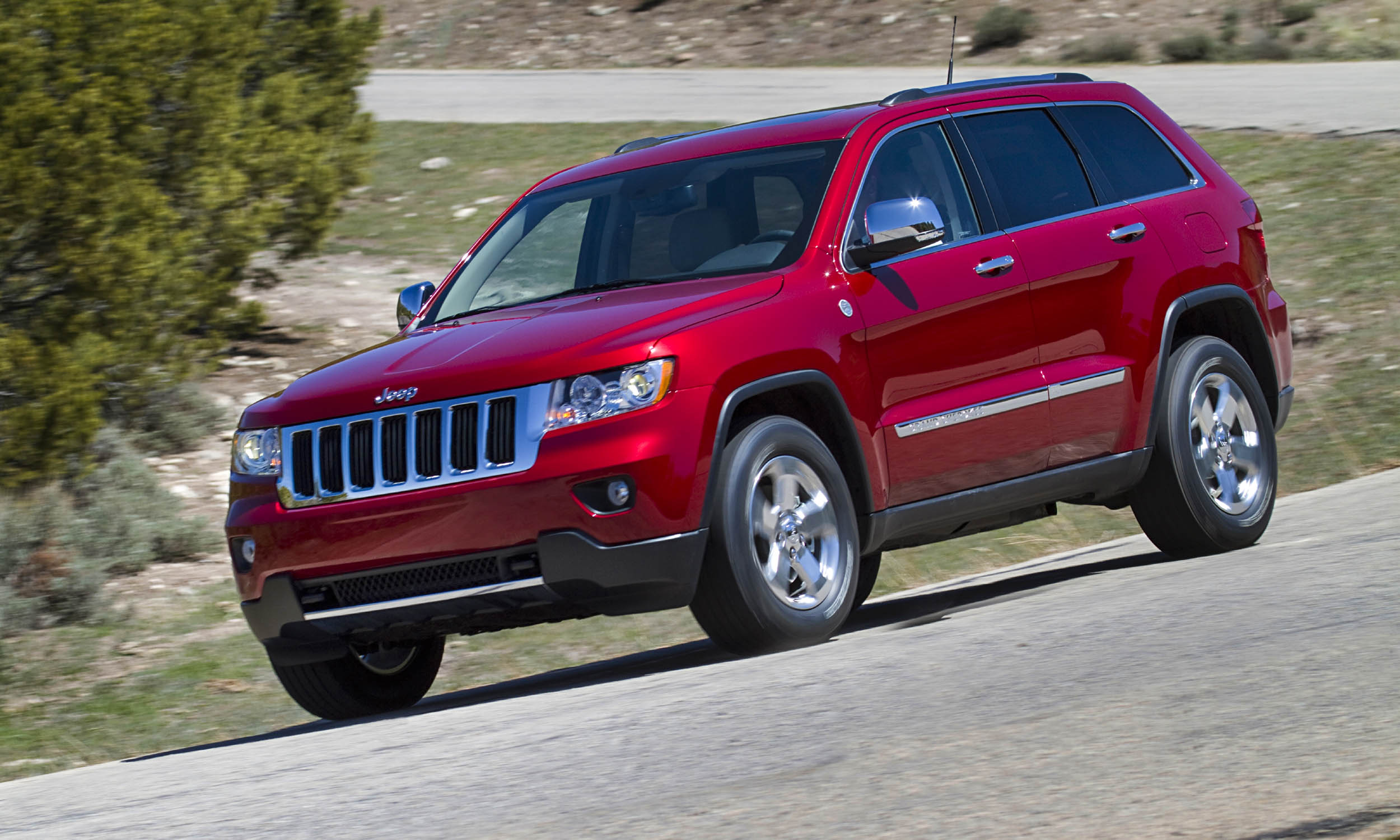 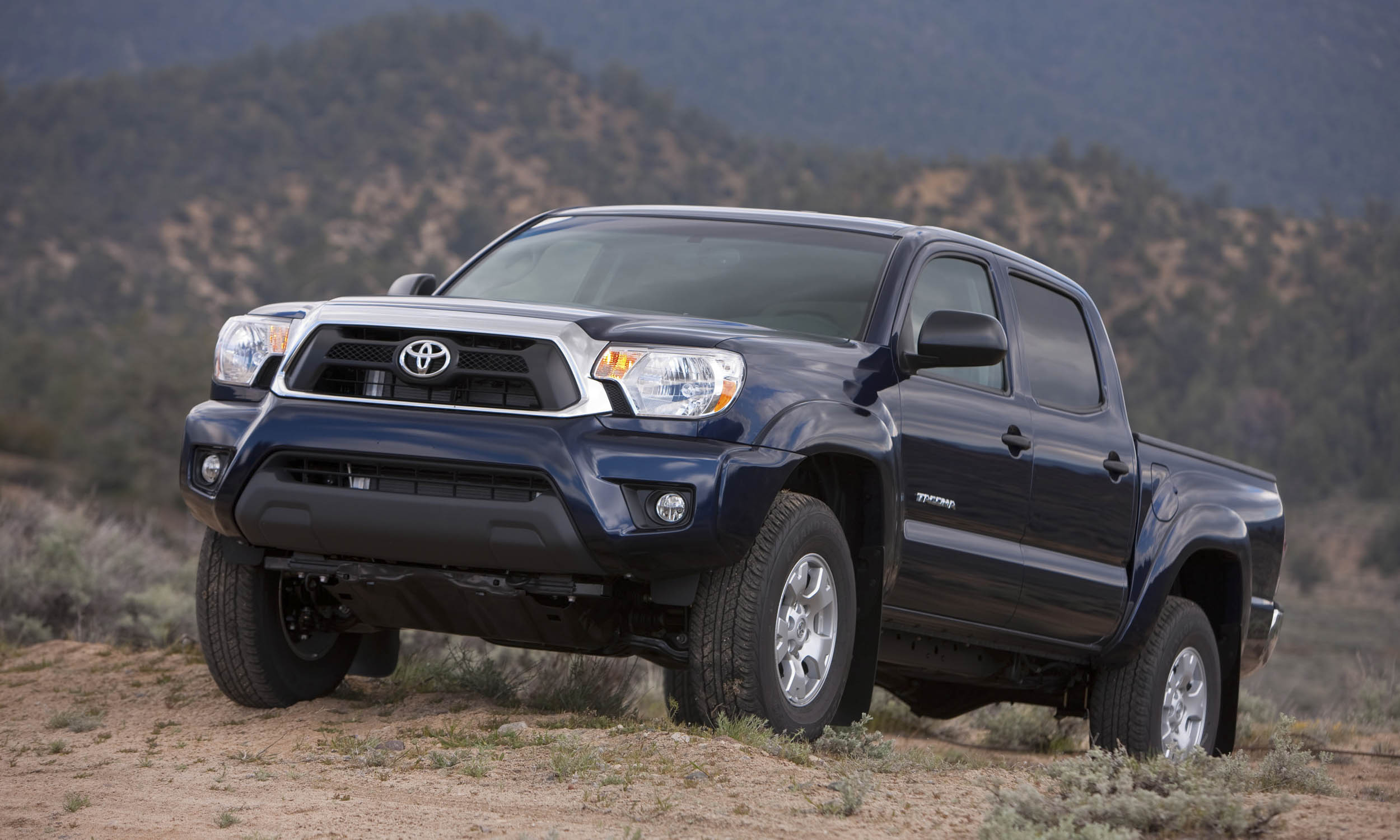 2011–2013 Toyota Tacoma
Called the Toyota compact pickup until 1995 when Toyota introduced the Tacoma name, our budget puts us in the 2011 to 2013 model years of the second generation that lasted from 2005 to 2015. These trucks personify Toyota’s highly desirable reliability . . . the trick is to find the cab/bed/engine combination that suits your needs. The possibilities include regular, Access Cab and double cabs; long and short beds; and a 159-horsepower 2.7-liter four or a 236-horse 4.0-liter V6 engine. A 2012 model year refresh is the tipping point. It featured a restyled front bumper, headlights, grille, hood and a new interior. Ground clearance is 9.3 inches. 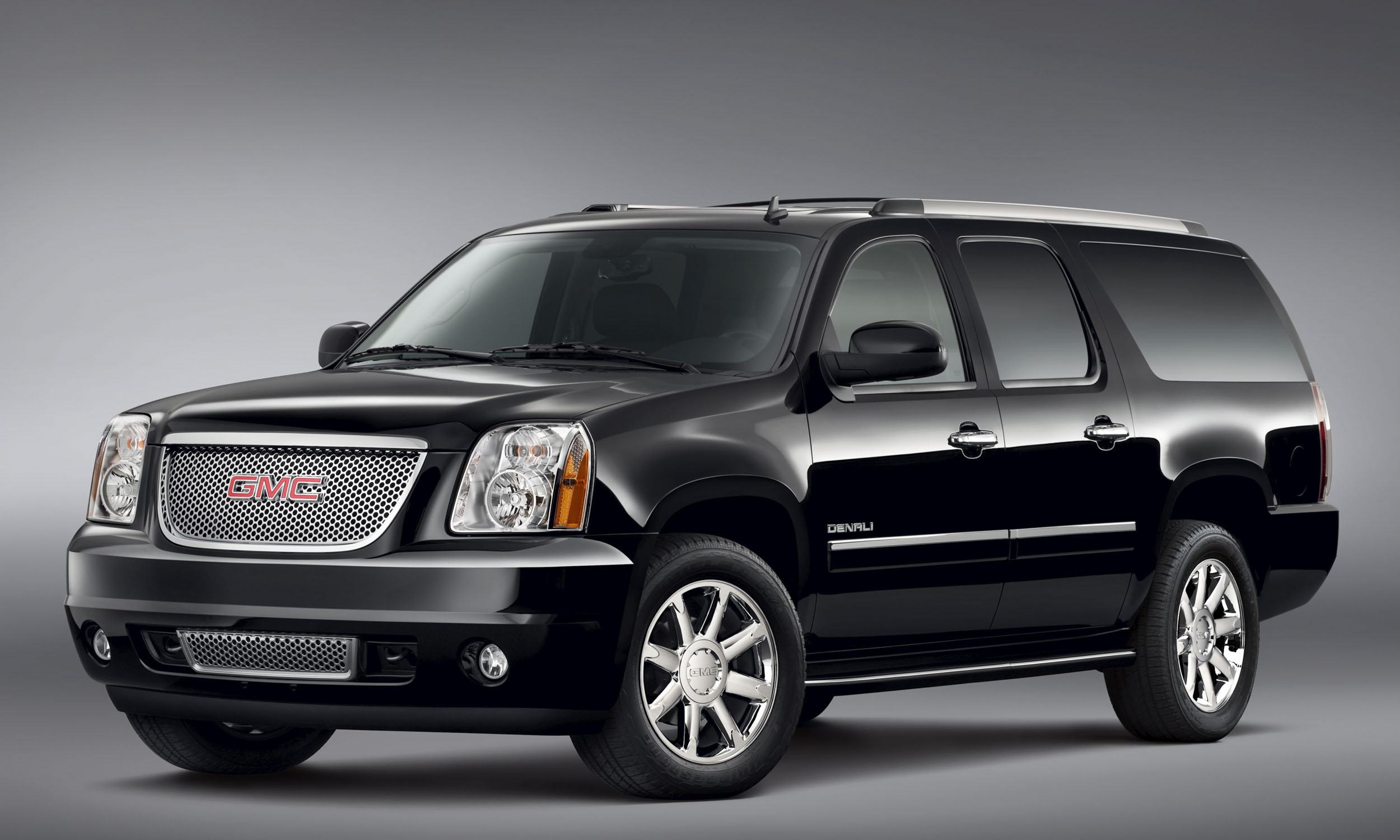 2009–2011 GMC Yukon
The third generation of the Yukon ran from 2007 to 2014, and the used-truck budget puts us right in the middle. Yukon SLE and SLT trims roll the 320-horsepower 5.3-liter V8, and the up-level Denali sports a 6.2-liter V8 rated at 403 horsepower, so if you see one when shopping jump at it. All Yukons have 9.0 inches of ground clearance. These trucks have seating for seven, making them appealing to larger families. The point of contention is whether to go with an all-wheel drive Denali that features a locking differential and uses the ABS to modulate traction, or a Denali outfitted with a more traditional 4-wheel-drive system with a transfer case. 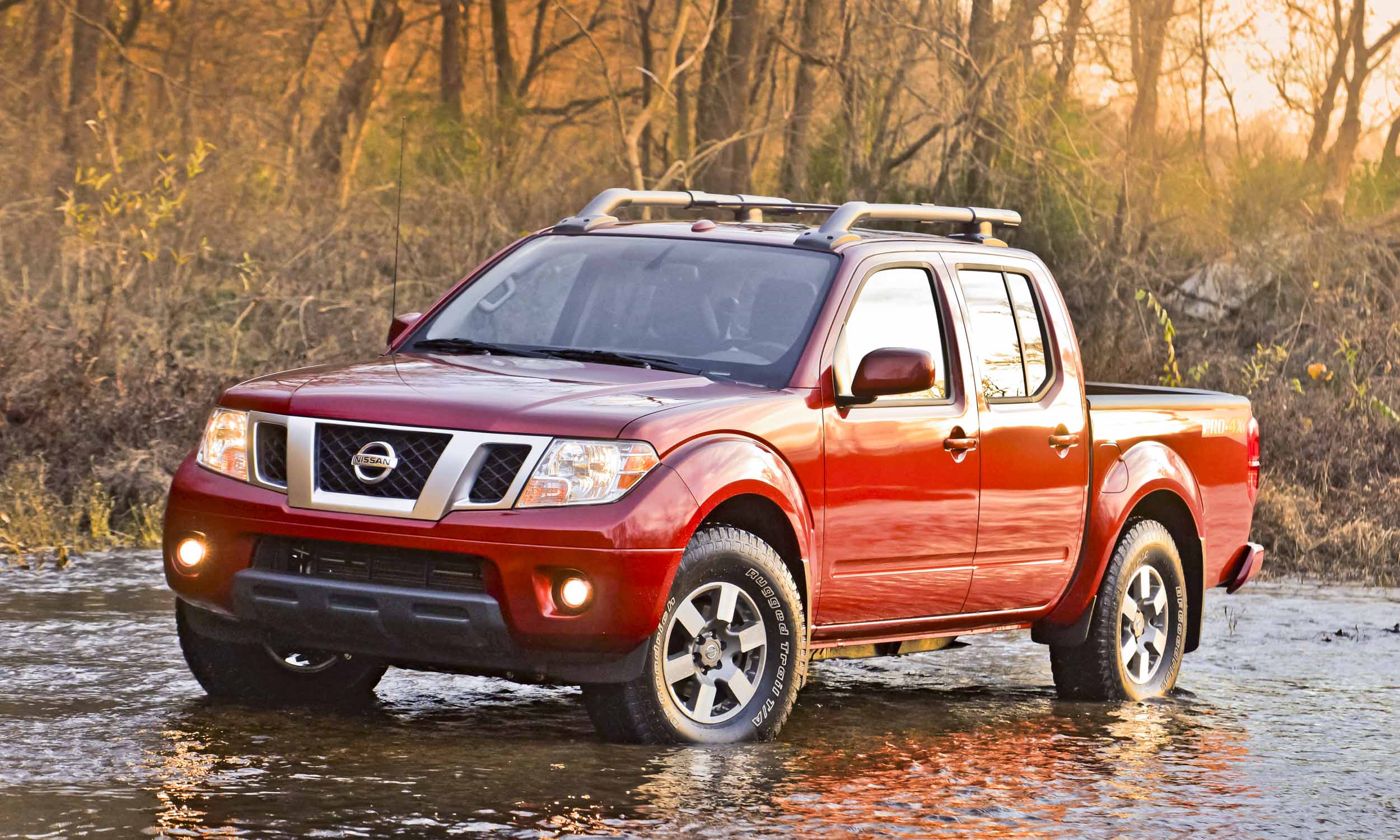 2011–2014 Nissan Frontier
Nissan offers the base Frontier in a King Cab, not a regular cab, which is a cool feature. Nissan also produces the truck in a four-door crew cab design. Four-wheel-drive models are powered by a 261-horsepower, 4.0-liter V6 and offer 8.9 inches of ground clearance. Look for a 2014 model as Nissan introduced the third generation that model year. The Frontier also benefits from some savvy storage solutions. The truck features removable rear-seat storage bins and Nissan’s Utili-Track adjustable tie-down system in the bed. If you’re really off-road minded, keep an eye out for the PRO-4X models. 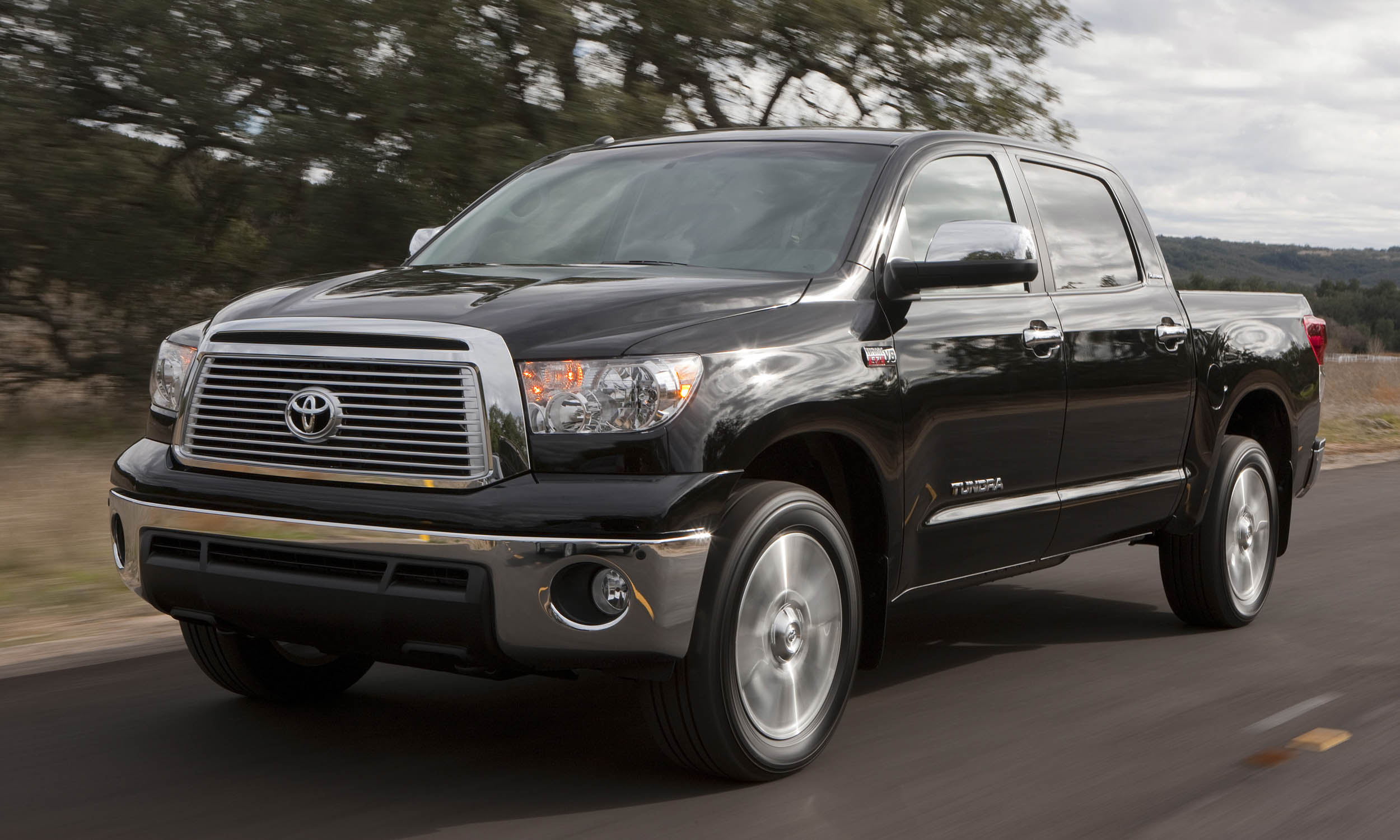 2009–2011 Toyota Tundra
Toyota has a thing for long life cycles. The Tundra was introduced in 1999 but its second generation spans from 2007 to today . . . that’s 10 years and counting. Until 2009 the truck’s engine lineup consisted of a 236-horsepower 4.0-liter V6, a 276-horsepower 4.7-liter V8, and the line-topping 381-horse 5.7-liter V8. Hunt for 2010 models, since Tundra was the recipient of minor exterior updates to the grille and taillights, and an all-new 310 horsepower 4.6-liter V8 paired with a 6-speed automatic replaced the previous 4.7-liter, providing a 34-pony increase. This big rig is offered in regular cab, double cab, and CrewMax designs, and 4×4 versions sport 8.9 inches of ground clearance. 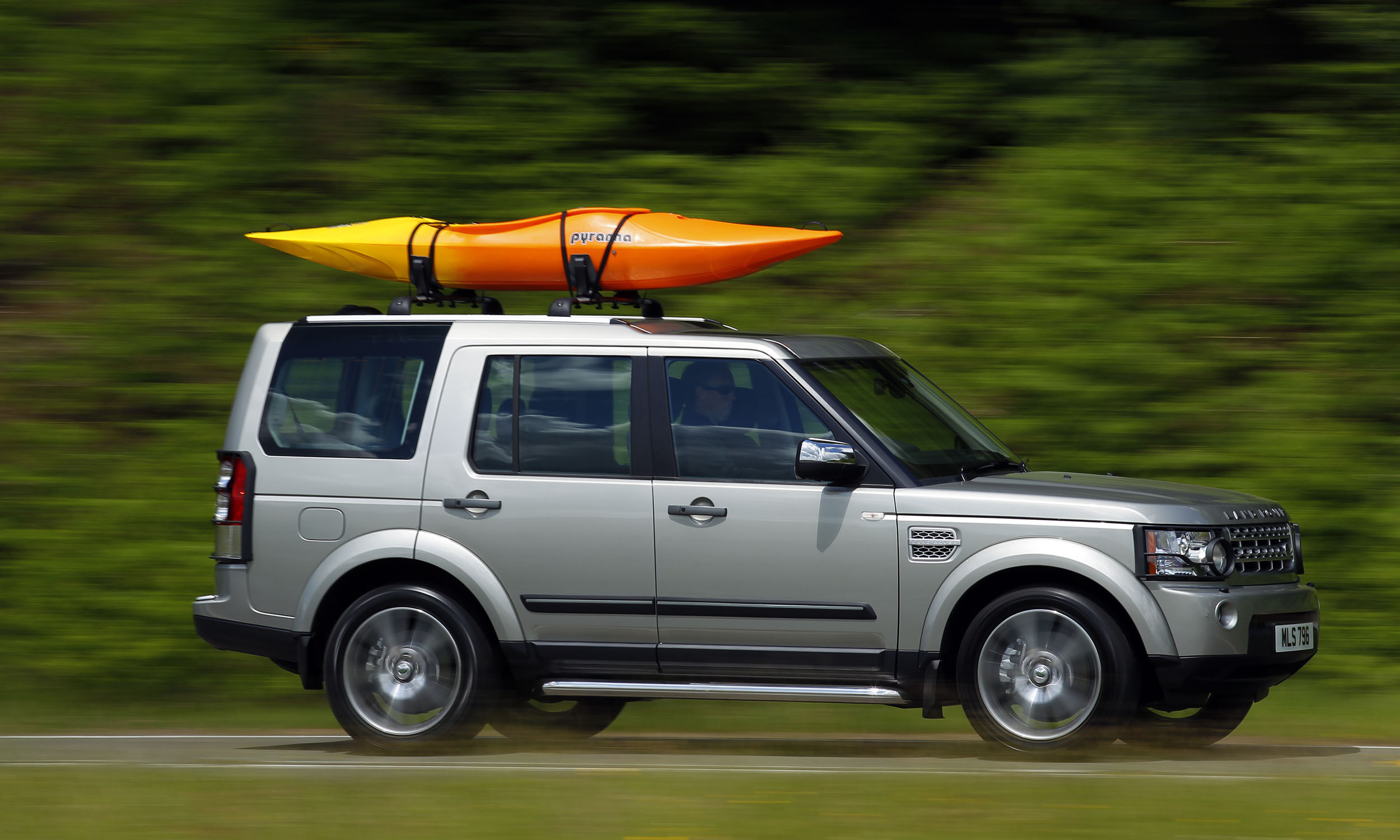 2009–2011 Land Rover LR4
Fans of the Union Jack have a place to hang their hat. The LR4 can be quickly identified by its headlights, which are mostly square with a distinctive circular element in the lower inside corner. Motivation is provided by a 375-horsepower 5.0-liter V8 and a full-time 4-wheel-drive system with an electronic high/low selector. This Land Rover has 8.9 inches of ground clearance, a classic luxury demeanor and comfortable seating for seven, yet it’s still a capable foul-weather driver. In 2010 Land Rover gave the LR4 a meaningful face-lift highlighted by a 295-horsepower 4.4-liter V8 engine that uses direct injection to add 80 horsepower to the Brit’s bottom line. 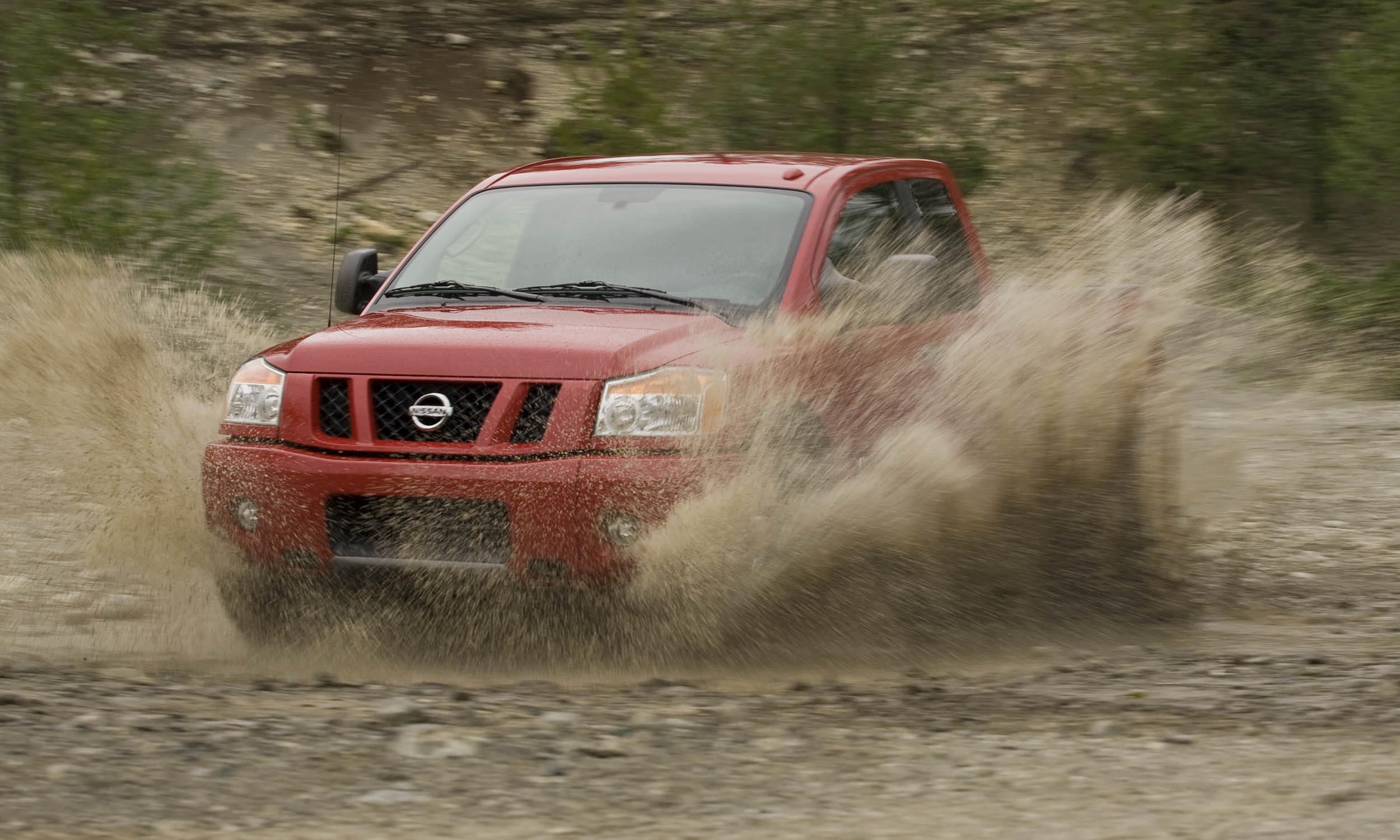 2009–2011 Nissan Titan
Another long-timer, the Titan has one and only one generation that ranges from 2004 to present. This is Nissan’s full-size pickup competitor and it hits all the high notes. Like Nissan’s midsize Frontier pickup, the base Titan is an extended cab King Cab and the truckmaker offers a 4-door crew cab as well . . . all with a whopping 10.2 inches of ground clearance. The truck’s powertrain consists of a single engine: a 317-horsepower 5.6-liter V8 with a shift-on-the-fly four-wheel-drive system. The off-road-outfitted PRO-4X is the most rough-and-tumble version of the truck. 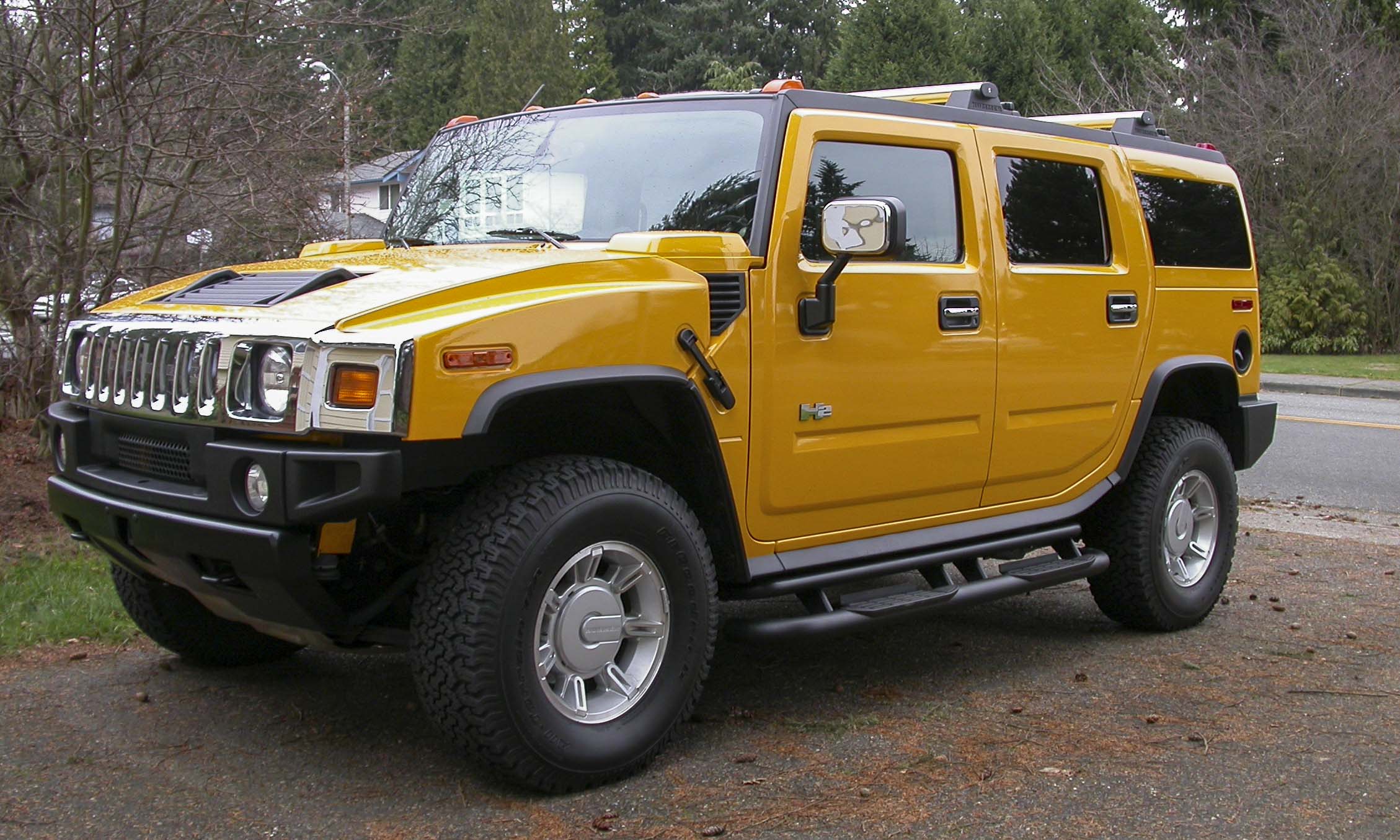