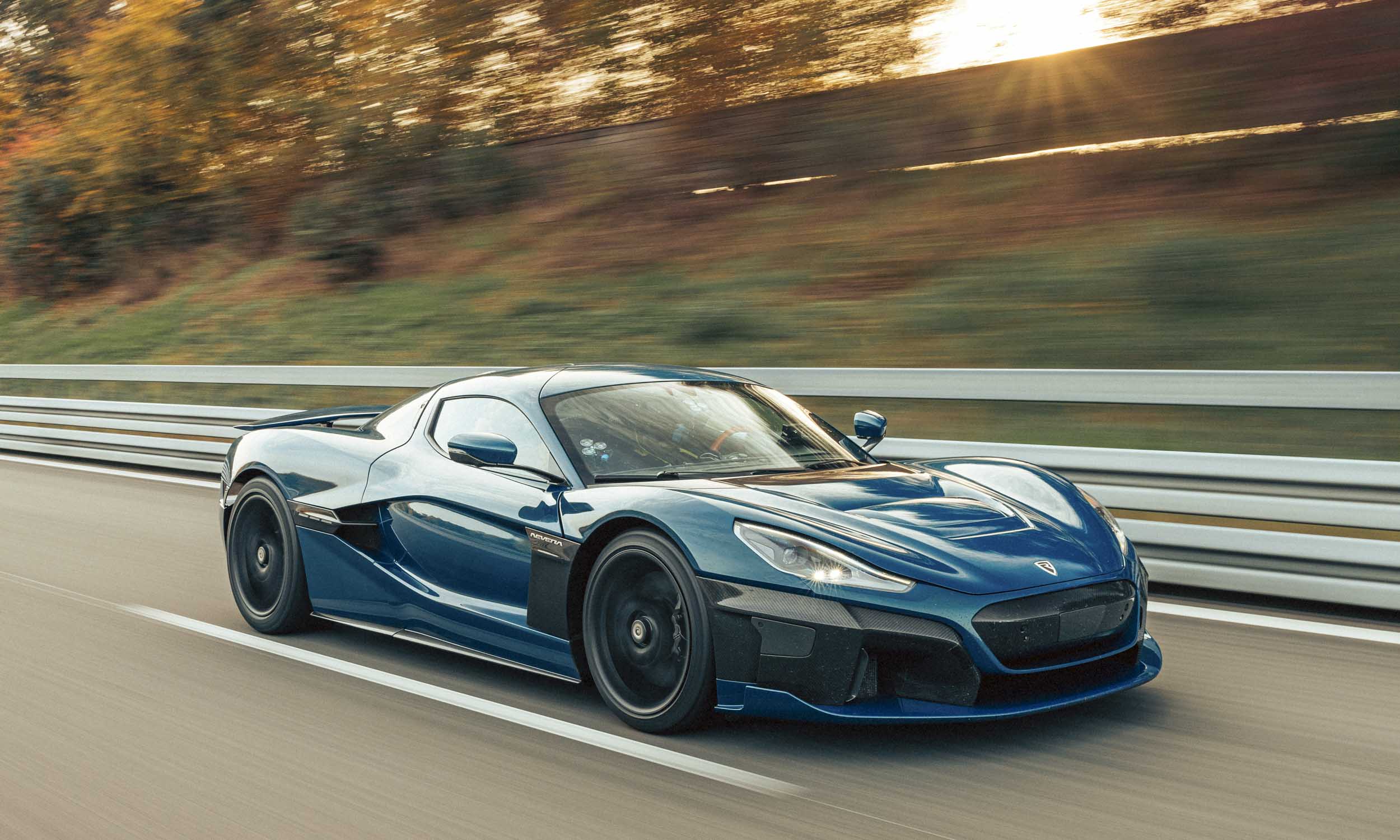 © Rimac Automobili
Rimac Nevera Record
One of the most extreme production cars on the planet, the Rimac Nevera is the first model from Croatia-based Rimac Automobili. Last year this full-electric sports car became the world’s fastest-accelerating production model when it covered a quarter mile in just 8.582 seconds. Today the company announced that the Nevera is not only the quickest but also the fastest electric car in the world, setting a top speed of 258 mph at a test track in Germany. 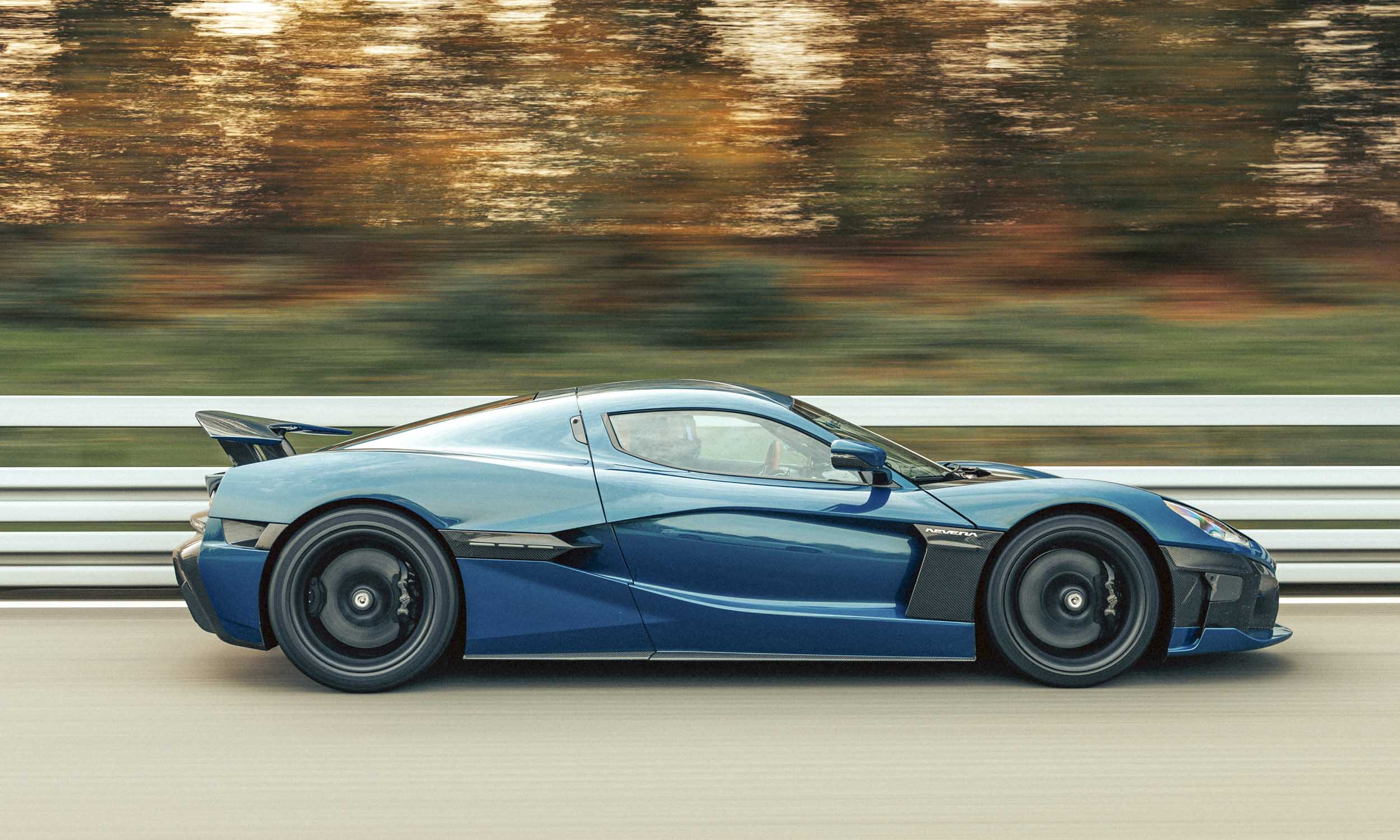 © Rimac Automobili
Extremely Quick
Named for a Mediterranean summer storm off the coast of its home country of Croatia, the Nevera is powered by four electric motors — one at each wheel — for a combined output of 1914 horsepower. With almost 1,700 lb-ft of torque available instantly, the Nevera boasts acceleration that will leave virtually any other car in its dust. This hypercar sprints to 60 mph in 1.85 seconds and passes 100 mph in a mere 4.3 seconds. Interestingly, the Nevera’s computer-simulated top speed has always been listed as 258 mph, and now that figure has proven to be prophetic. 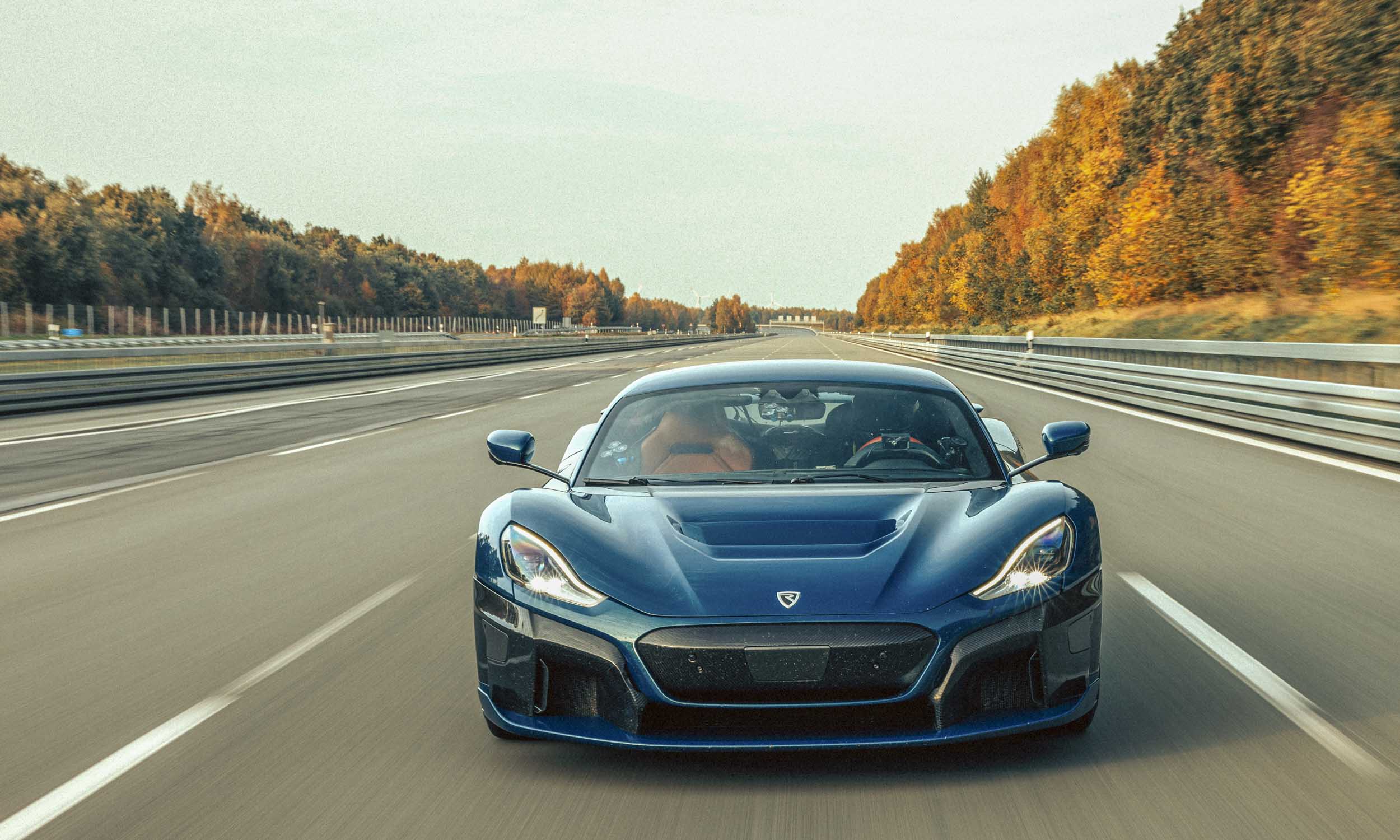 © Rimac Automobili
Setting Up the Speed Run
Rimac took the Nevera to the Automotive Testing Papenburg track in northwest Germany, with the goal of reaching this hypercar’s top speed. The automaker chose this location because of the oval track’s two long straights, each measuring 4 kilometers. Rimac engineers set up the Nevera in top speed mode, which optimizes the aerodynamics to balance drag with downforce for maximum stability at high speeds. For the testing, Rimac ran the Nevera on street-legal Michelin Cup 2R tires. 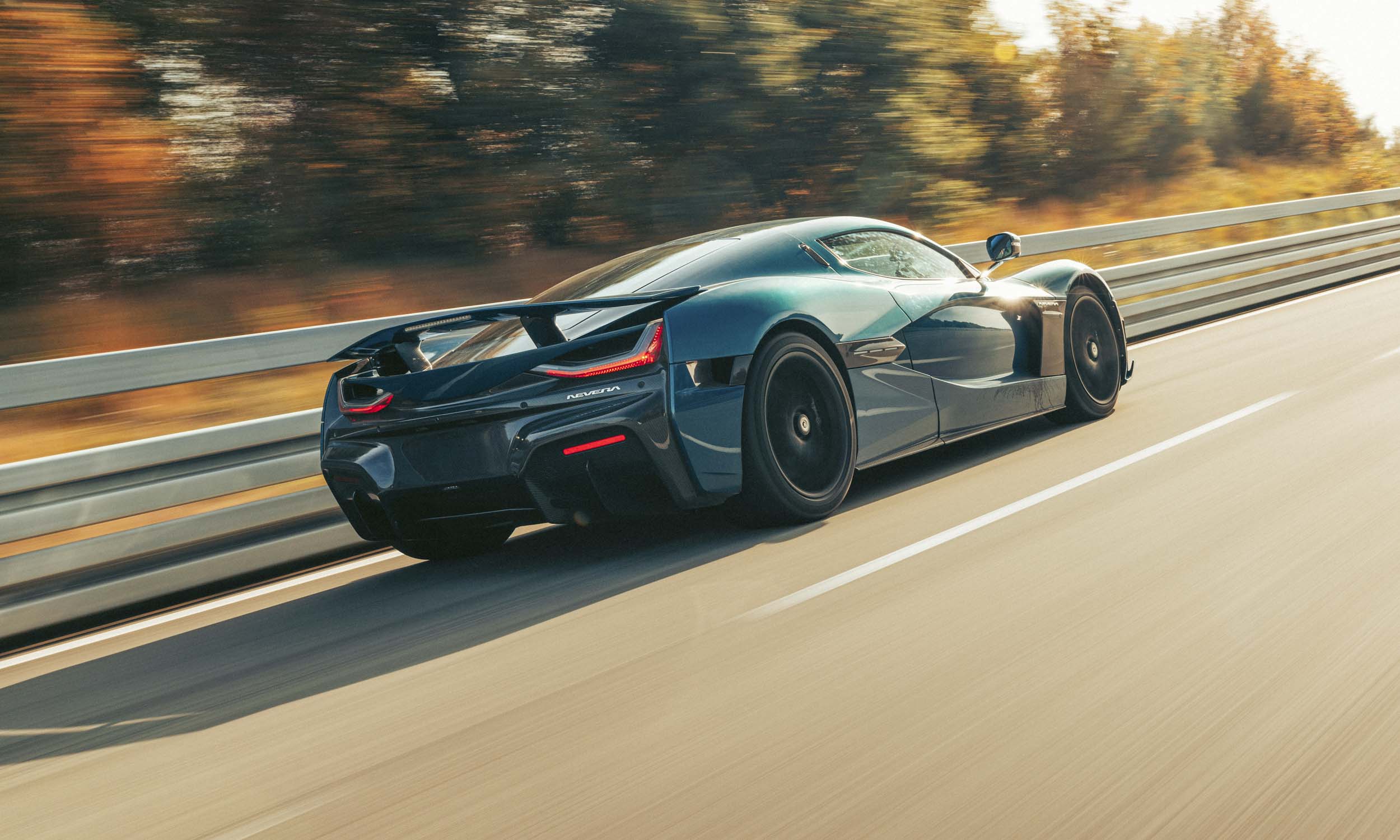 © Rimac Automobili
Top Speed Achieved
Rimac Chief Test and Development Driver Miro Zrnčević piloted the Nevera for its high-speed run. Zrnčević needed to enter the final straight of the test at the highest speed possible to ensure the Nevera attained V-MAX, taking one of the track’s two highly banked turns at around 155 mph. After exiting the corner at optimum velocity, Zrnčević entered the long straight and then gave the Nevera full throttle and together driver and machine achieved 412 kph, or 258 mph — the exact speed that computer simulations had predicted years earlier. The top speed was recorded using a RACELOGIC V-Box — a high-precision GPS-based speed measurement device. 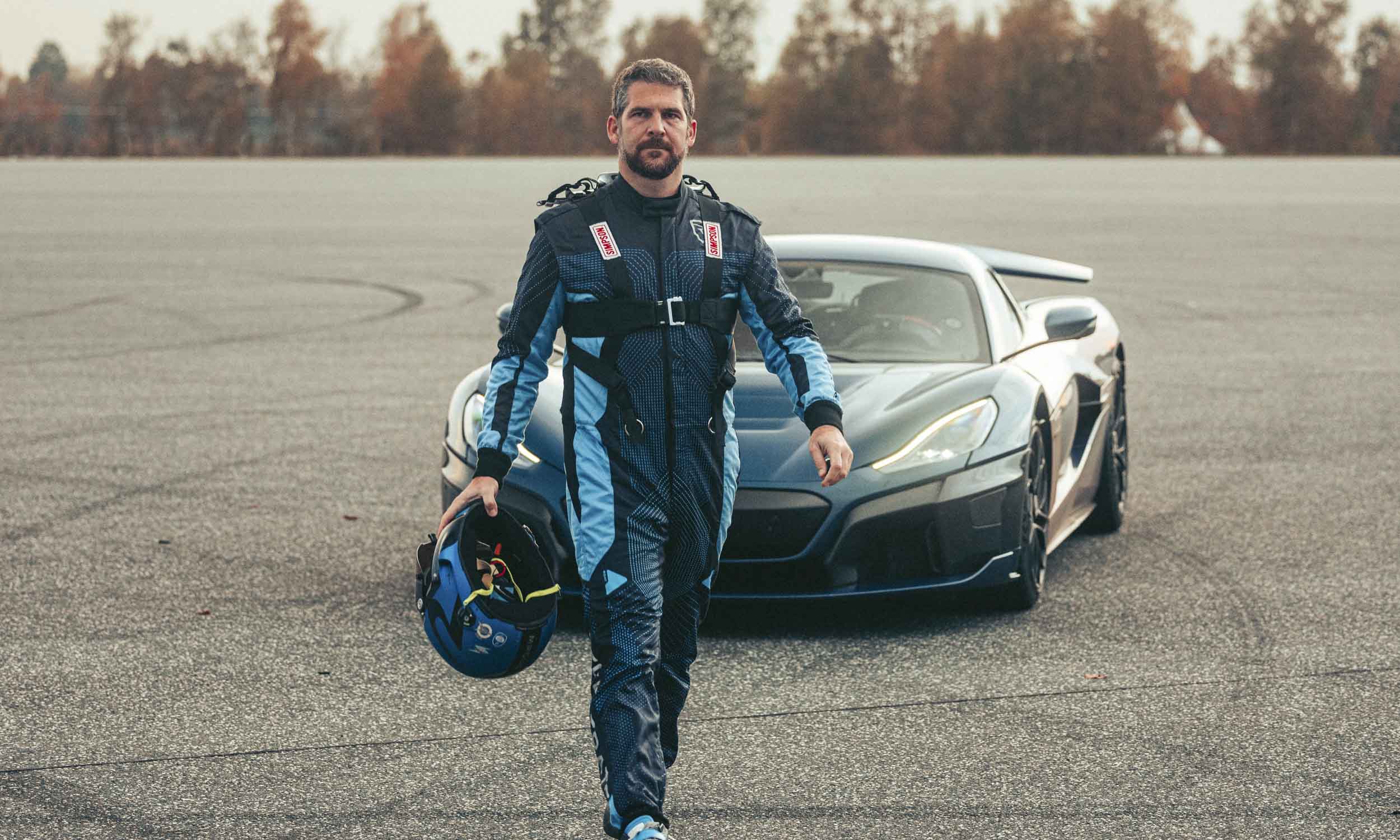 © Rimac Automobili
From the Test Driver
“To travel at 412kph, or 258mph, means traveling at a third of the speed of sound,” said Zrnčević. “Simply achieving that alone in a road car is incredibly complex, but in Nevera we have created a car that can travel long distances on a single charge, can tackle tight and twisting race tracks, and can drift as well as break straight-line speed records, both for acceleration and V-MAX,” the driver reflected. 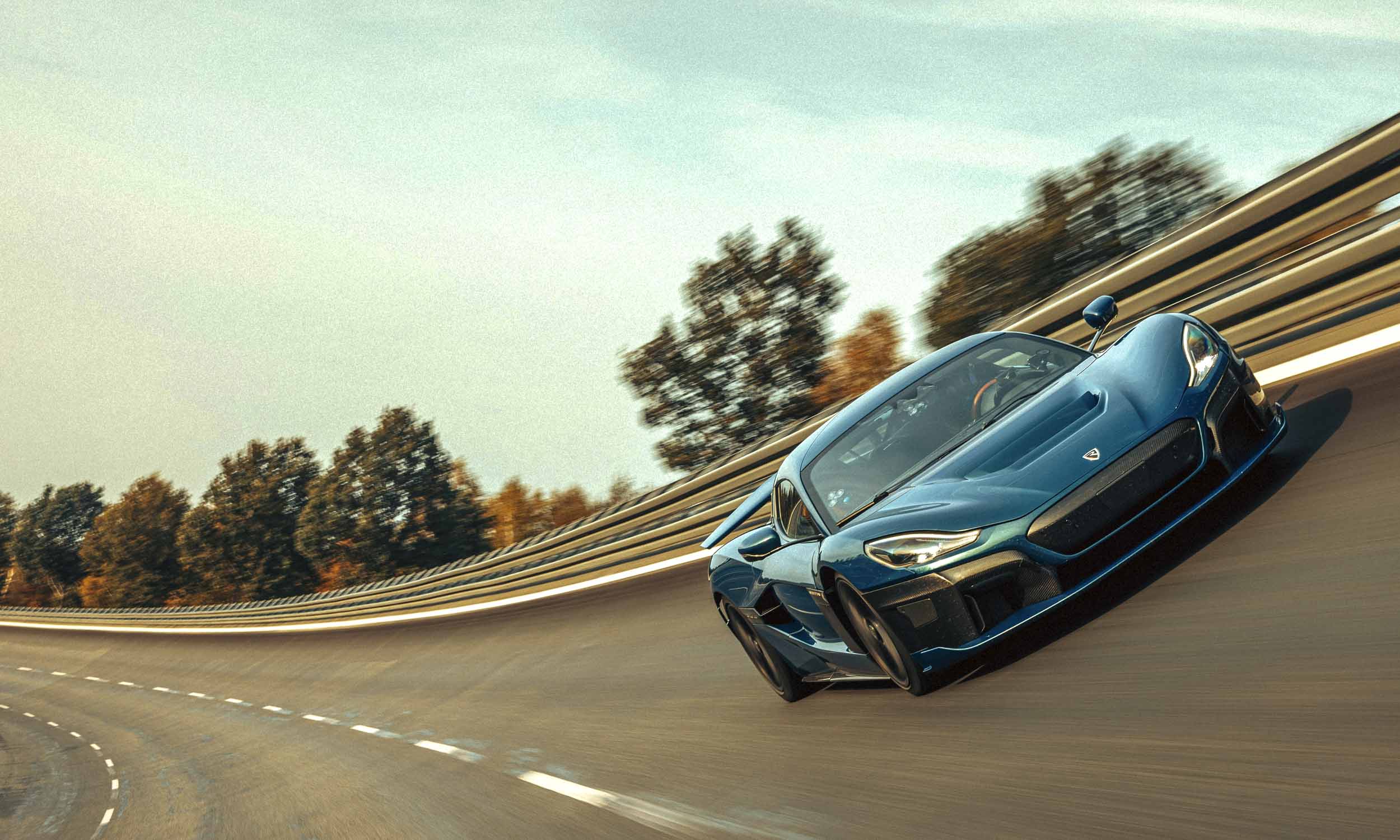 © Rimac Automobili
Perfectly Honed Car
After the record run Zrnčević also observed, “I’ve driven Nevera since it first turned a wheel, and to see the perfectly honed car that is today is a really emotional moment. The most important thing I have learned during the top-speed attempt is how composed and stable the car was — confirming that our aerodynamics and vehicle dynamics teams have done an amazing job.” 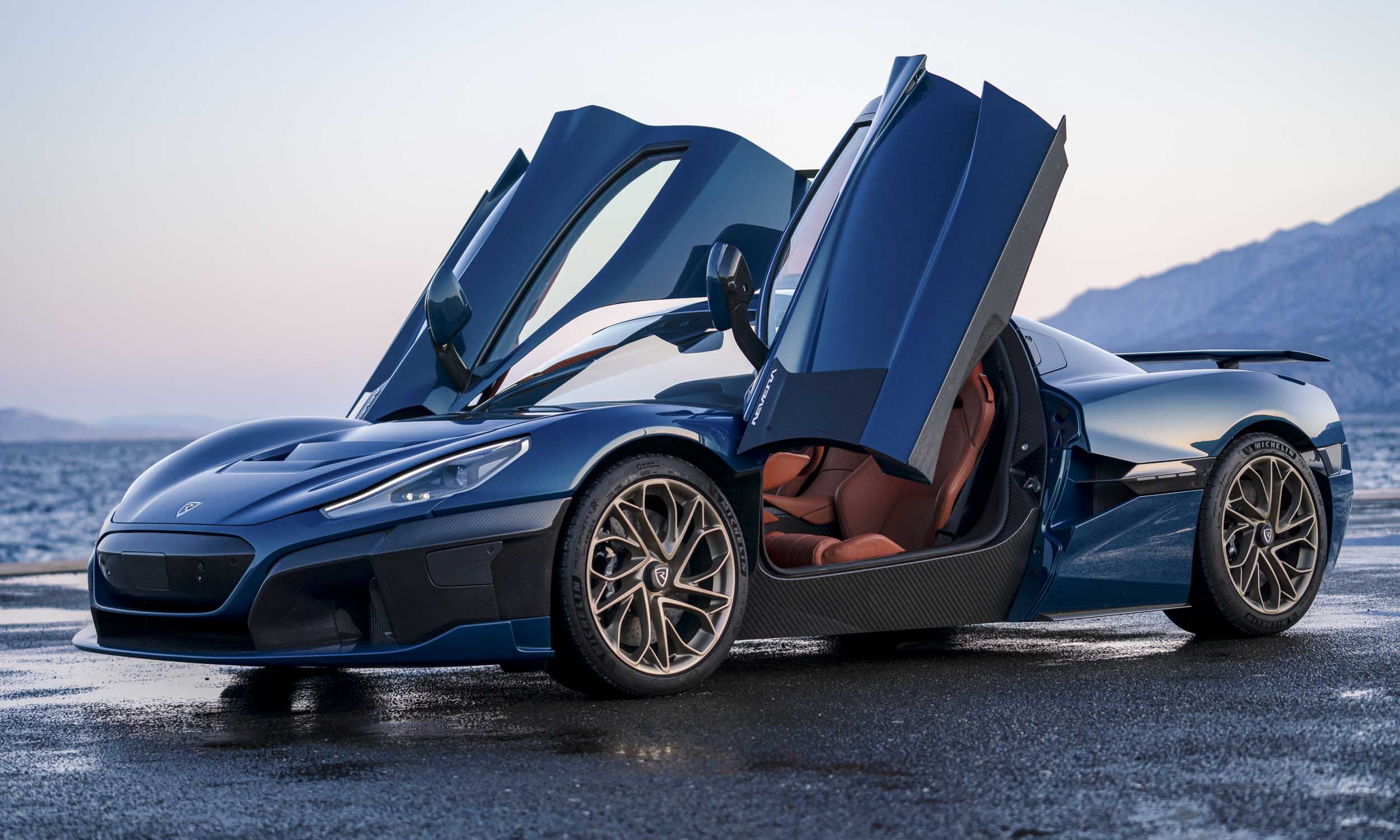 © Rimac Automobili
Designed In-House
Rimac Automobili designed and engineered the Nevera in-house, and it features one of the world’s largest single-piece carbon-fiber monocoques. The batteries and powertrain are integrated with the monocoque for greater torsional stiffness. A double-wishbone suspension with electronically controlled dampers provides a smooth, comfortable ride, while electric motors at each wheel maximize interoperability for impressive dynamic control. 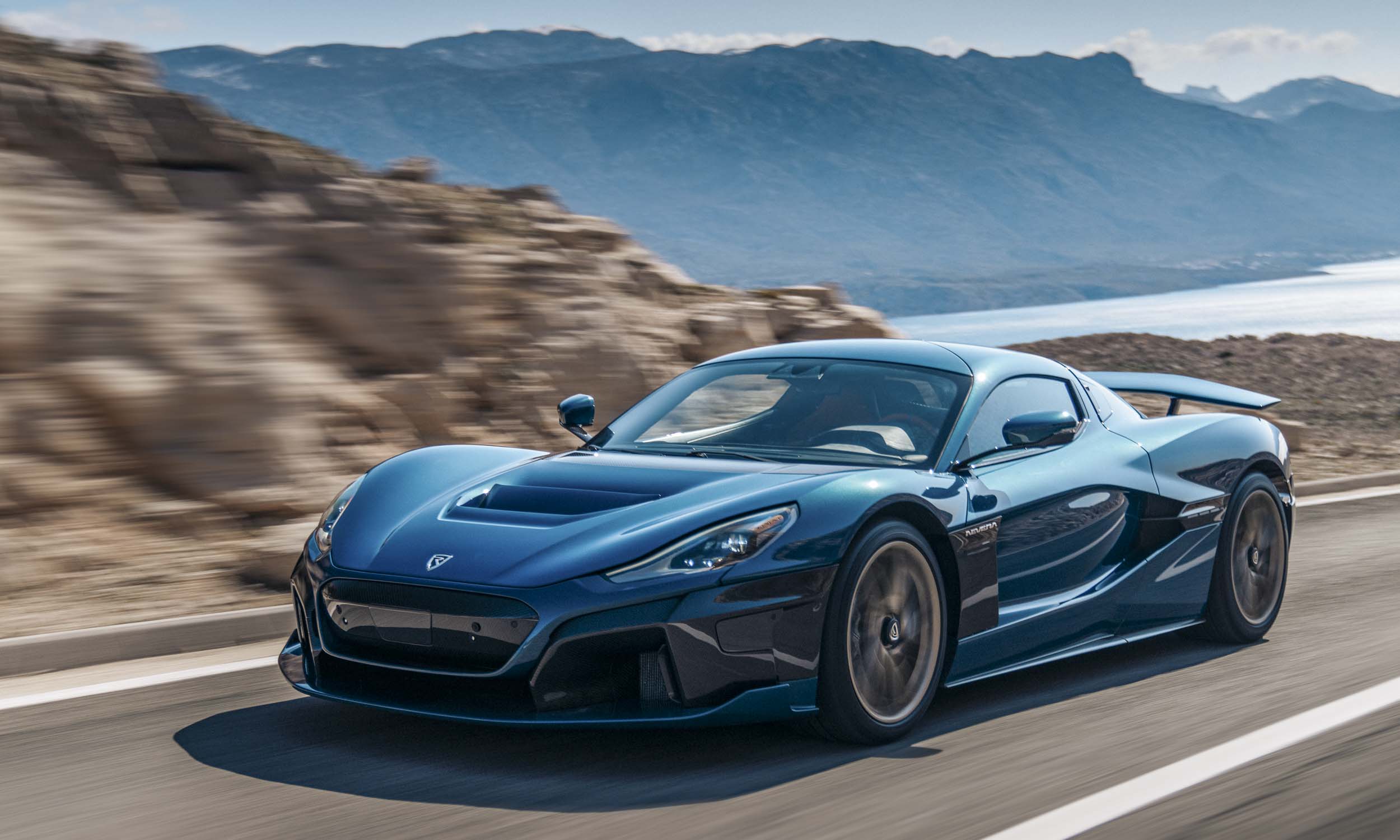 © Rimac Automobili
In Production
Rimac is currently producing the Nevera, and the inaugural cars have already been delivered to customers around the world. And even though those fortunate customers will get to experience the Nevera’s extreme acceleration, production models are limited to a mere 219 mph. This level of performance does not come cheap — the Nevera hypercar is priced around $2.4 million.