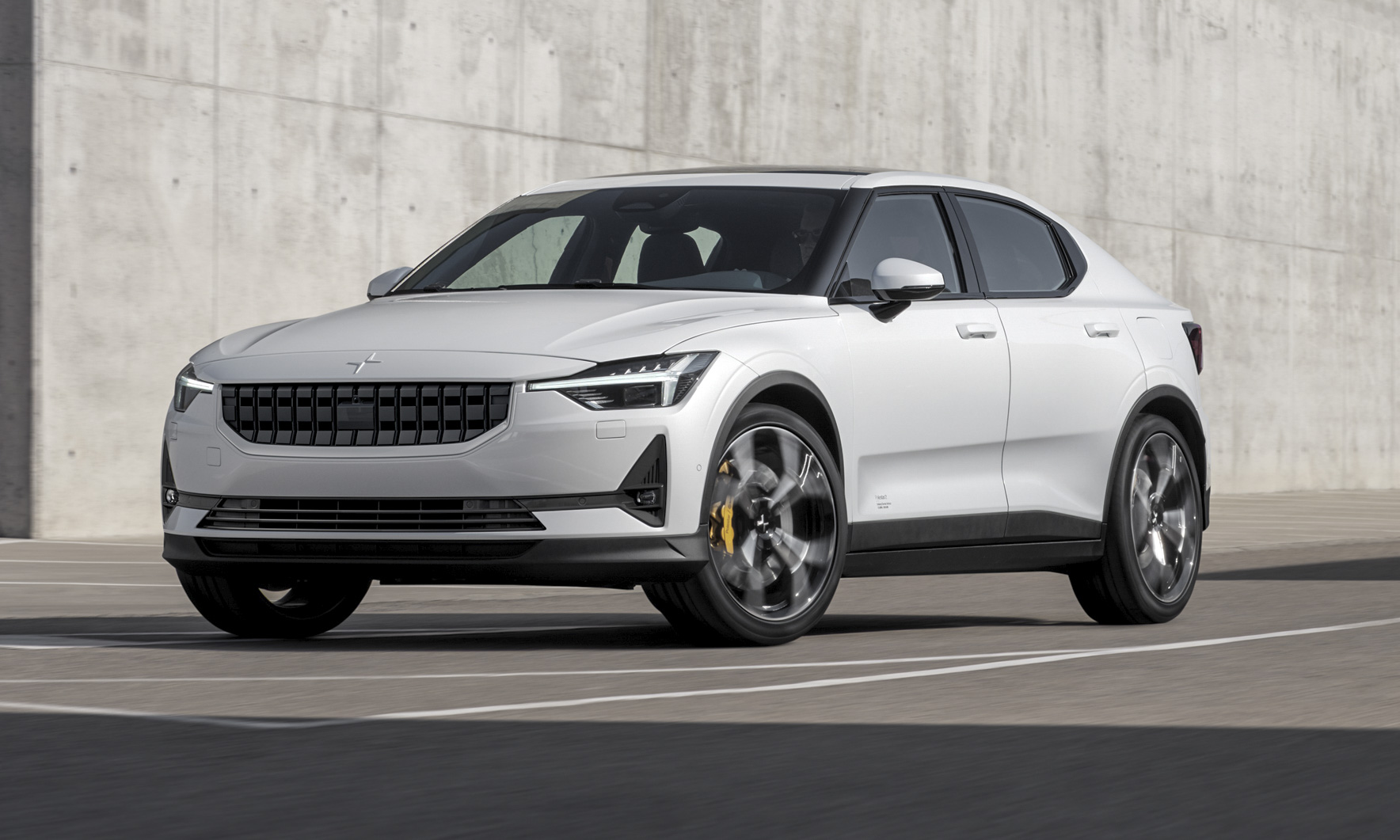 © Polestar
Polestar 2 Pricing
For many years the Polestar name had been the high-performance arm of Volvo, but in 2018 the Volvo Car Group along with China’s Zhejiang Geely Holding announced that Polestar would become its own standalone electrified performance brand. Since then the high-performance hybrid Polestar 1 has come to market, and the brand is readying its next new model, the fully electric 2021 Polestar 2. Today Polestar announced that Polestar 2 pricing would be lower than originally planned, at a base MSRP of $59,900. Federal and state tax credits can provide up to $9,500 in added incentives. 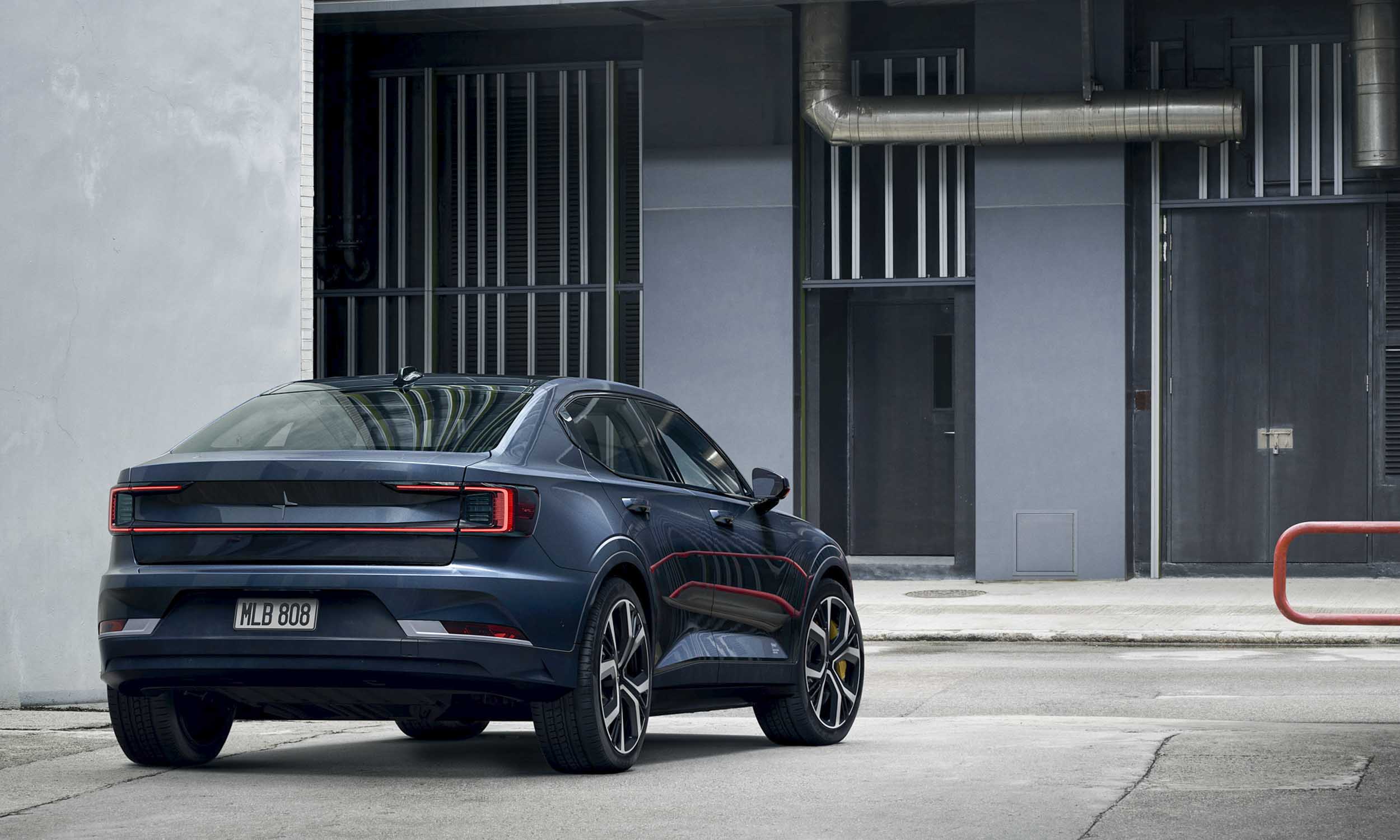 © Polestar
Lower Price
“We are quite enthusiastic to announce the U.S. pricing for the Polestar 2,” said Head of Polestar USA Gregor Hembrough. “The MSRP is lower than we originally targeted, and will be extended to all of our current reservation holders. With an online purchase option, lower pricing, considerable tax incentives, and production already underway, the Polestar 2 is well positioned for a successful entry into the U.S. market,” Hembrough noted. 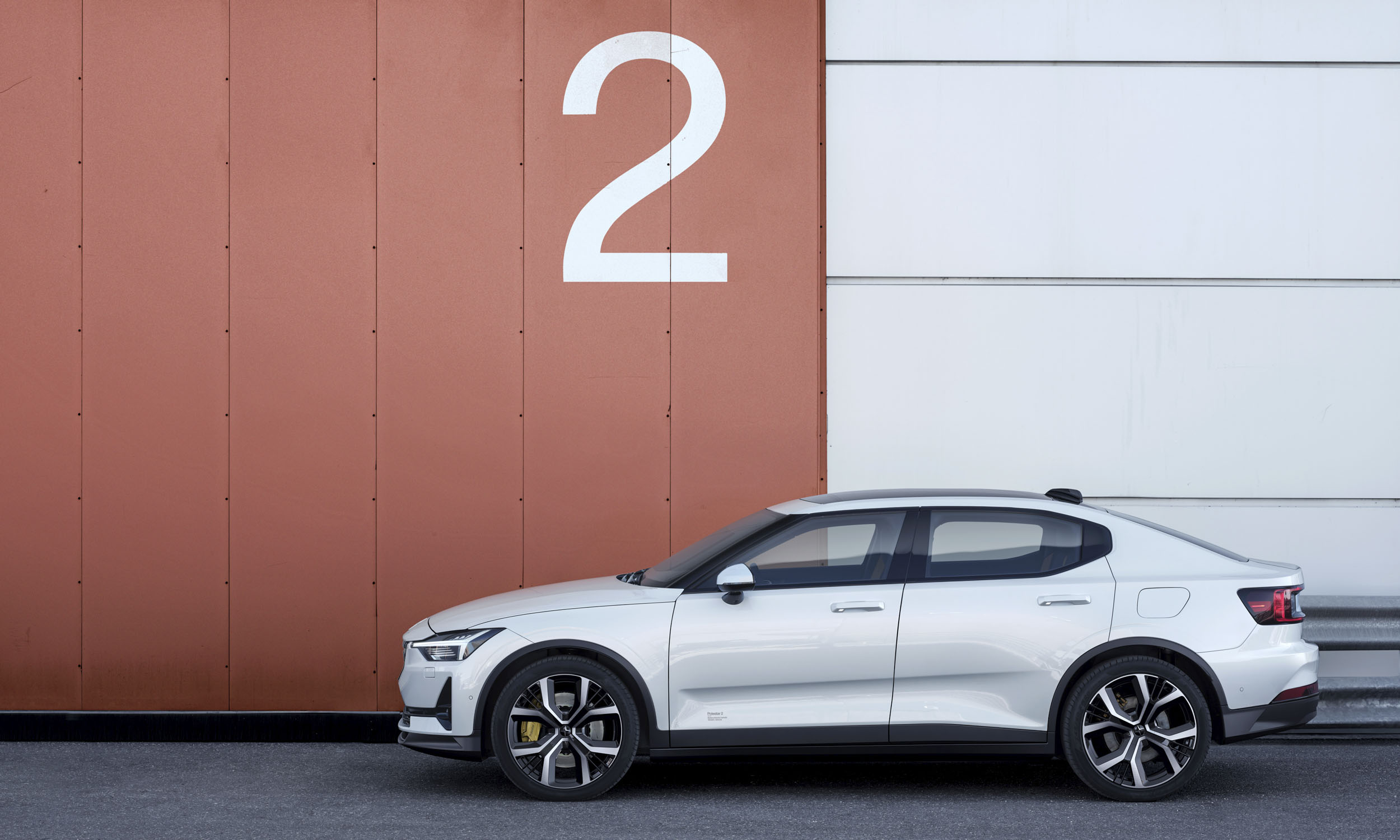 © Polestar
Volume Model
Polestar 1 retains its position as the flagship of the brand, and Polestar 2 is designed to be a volume model with the Tesla Model 3 set squarely in its sights. Designed as a 5-door fastback, the Polestar 2 is built on Volvo’s Compact Modular Architecture platform that integrates the battery pack into the floor for improved chassis rigidity and reduction in noise, vibration and harshness. 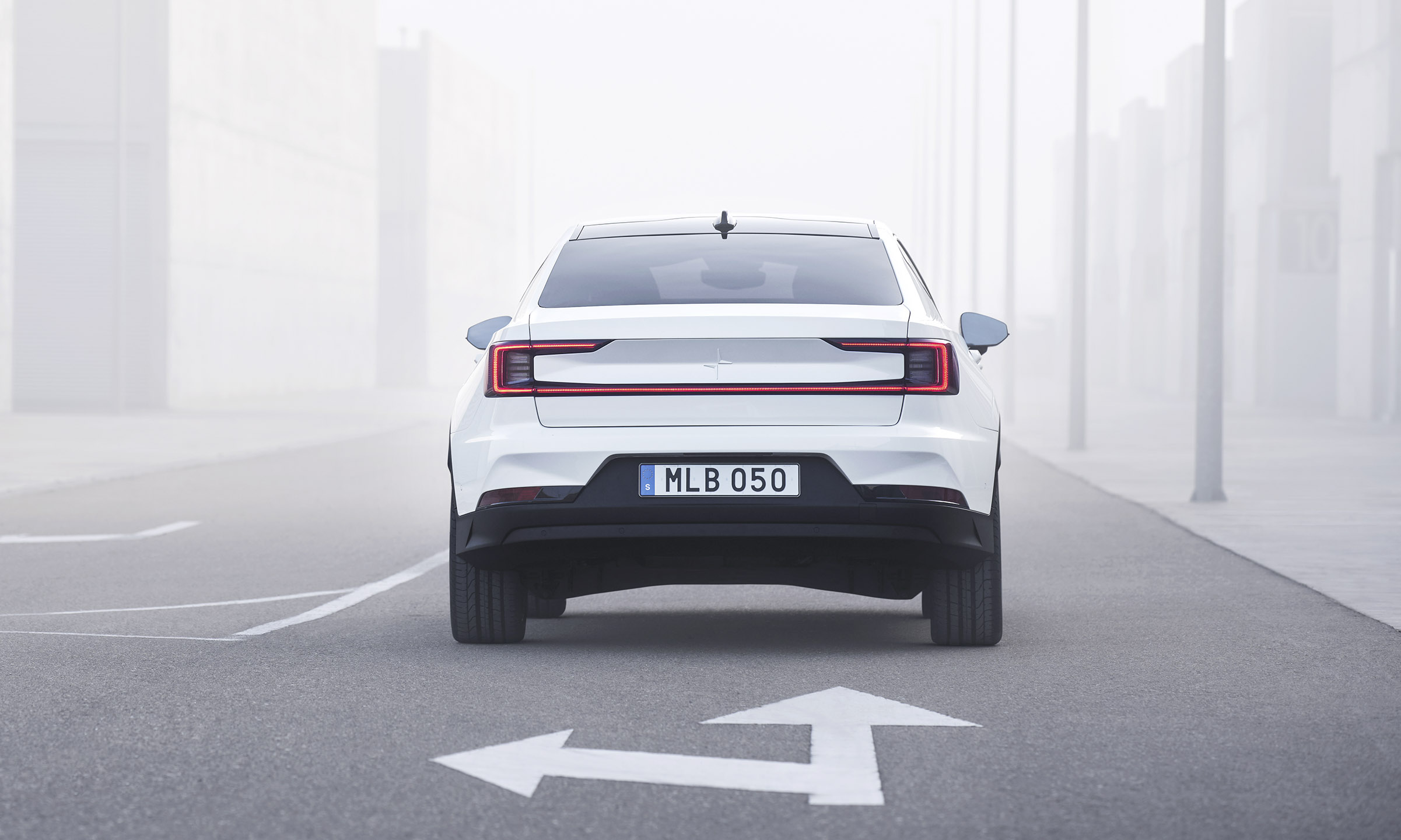 © Polestar
Fully Electric
“Polestar 2 is our first fully electric car and first volume model. Everything about it has been designed and engineered with passion and dedication. As an electric performance brand, and through the forthcoming launch of a portfolio of fully electric cars, Polestar is determined to address the world’s air quality challenges. Polestar delivers electric performance cars that are great to own and drive,” said Polestar Chief Executive Officer Thomas Ingenlath. © Polestar
Powerful and Efficient
Polestar 2 will be equipped with two electric motors driving all four wheels. Total output will be a healthy 408 horsepower and 487 lb-ft of torque. Polestar expects the new model to reach 60 mph in less than 5 seconds. With a 78 kWh battery pack, the new Polestar 2 should be able to travel up to 310 miles between charges. 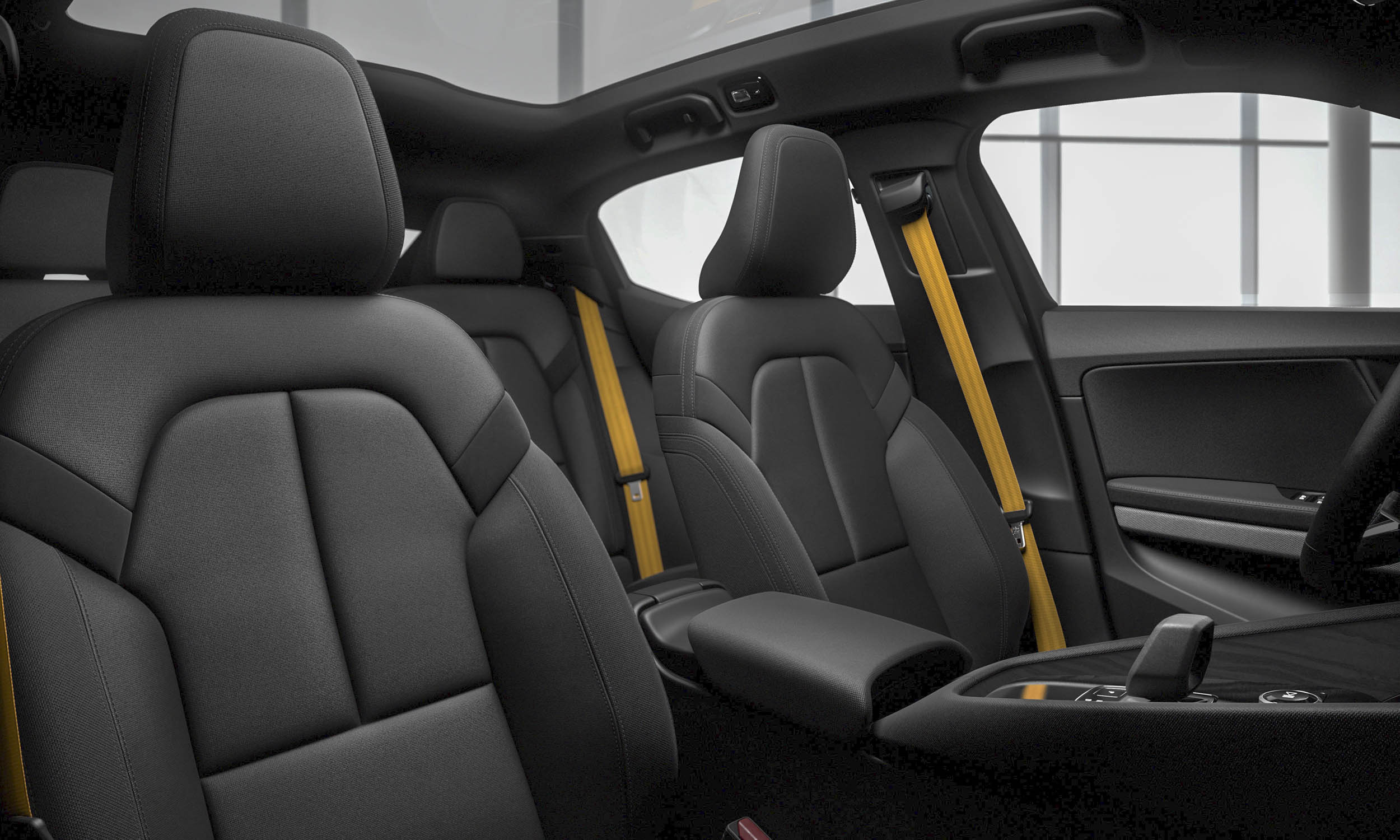 © Polestar
Performance Pack
For those looking for something extra, the Polestar 2 will be available with a Performance Pack that adds Ohlins dampers, Brembo brakes, unique 20-inch forged wheels, and performance tires. Priced at $5,000, the Performance Pack also adds signature gold seat belts, gold brake calipers and gold valve caps for what should be a stunning visual. 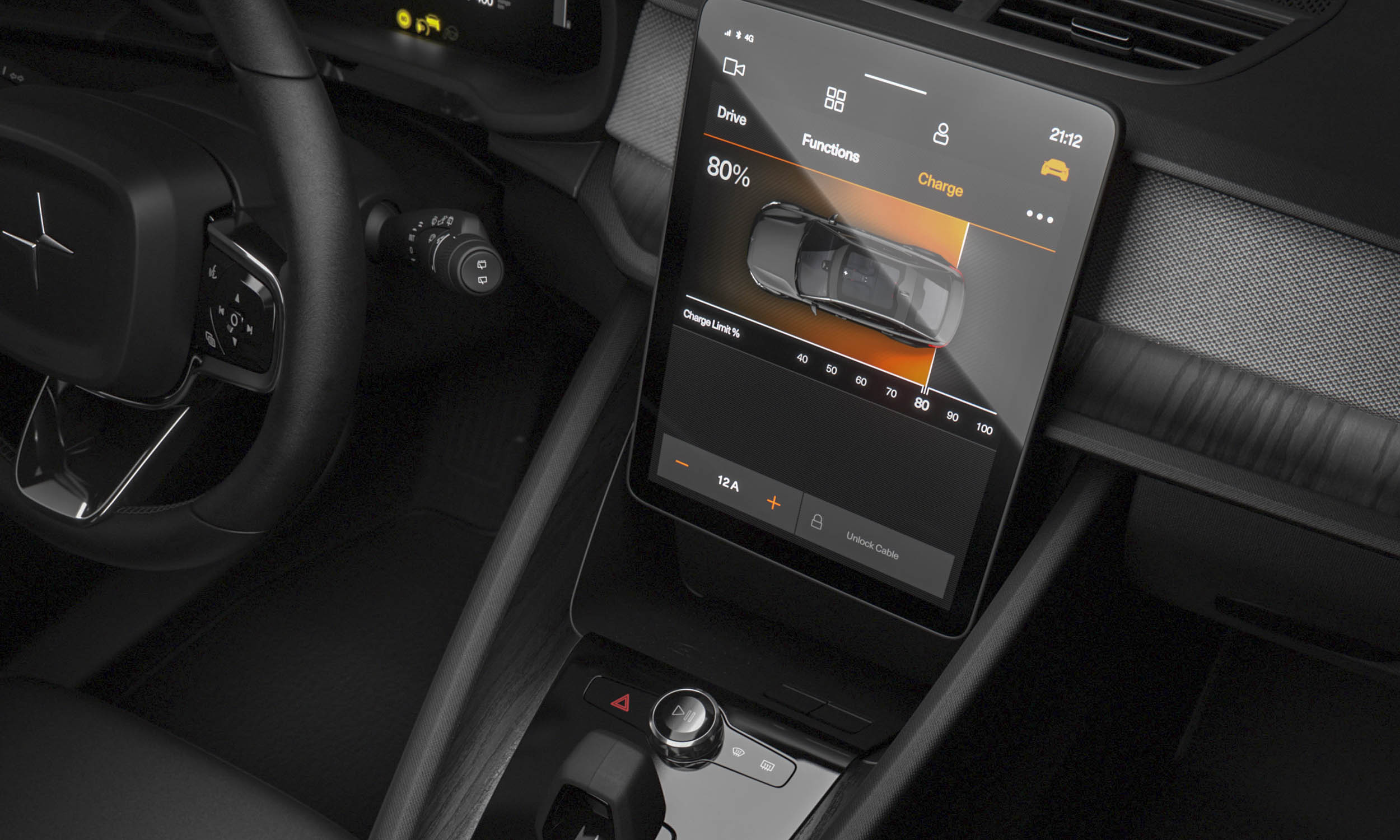 © Polestar
High Tech
Polestar is as much about technology as it is about electrified vehicles, and Polestar 2 will be the first car to embed Google’s Android operating system as the platform for its infotainment system. In addition to bringing together apps and vehicle functions, the Polestar will feature embedded Google services such as Google Maps, Google Assistant and the Google Play Store. These will be accessed with voice control or via an 11-inch touchscreen display. 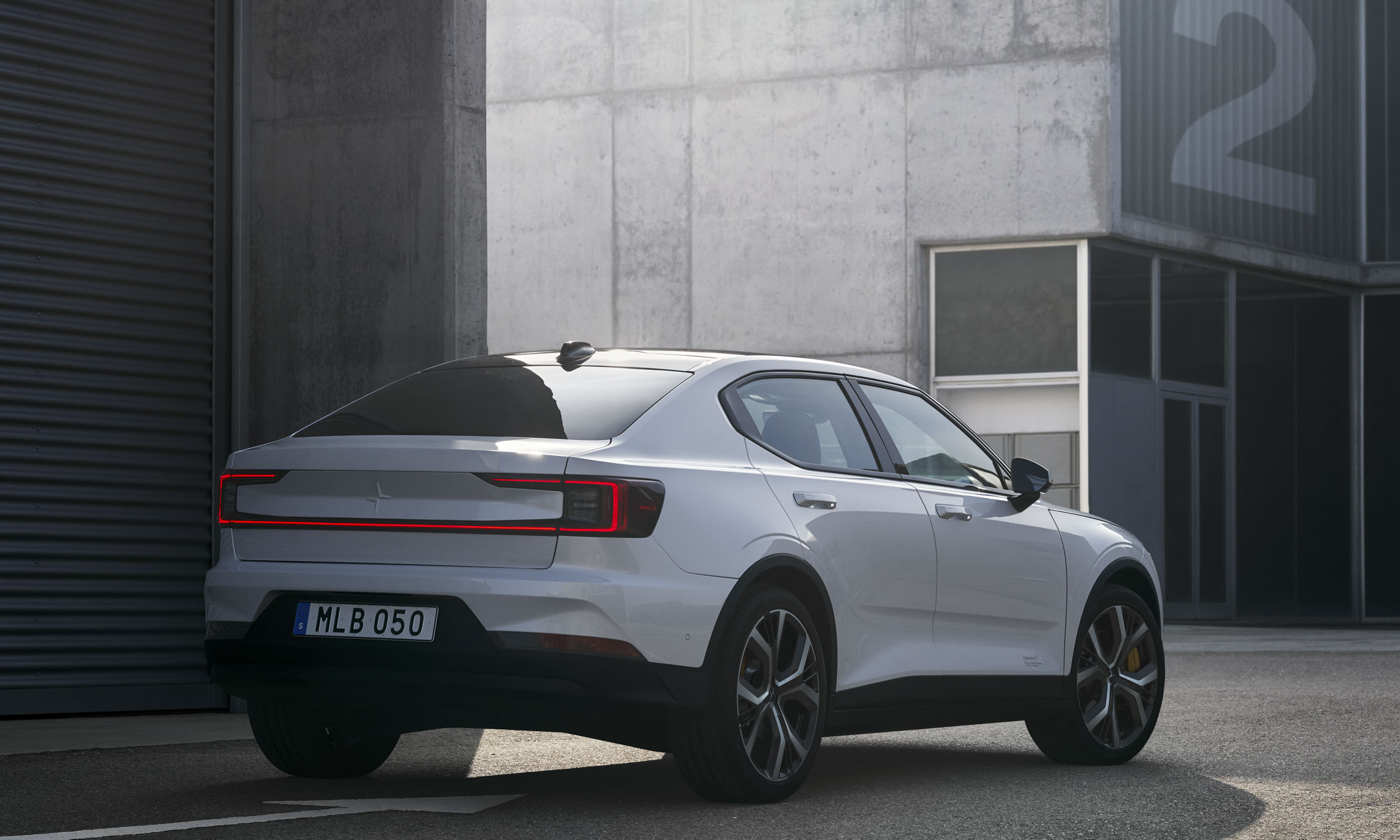 © Polestar
Phone as Key
Another unique bit of tech will enable a smartphone to act as the Polestar 2 key. This enables better connected services that could include pick up and delivery of the vehicle as well as advanced car sharing. Employing the driver’s smartphone as the Polestar 2 key should also integrate personal preferences that would carry from the phone to the car’s user interface. 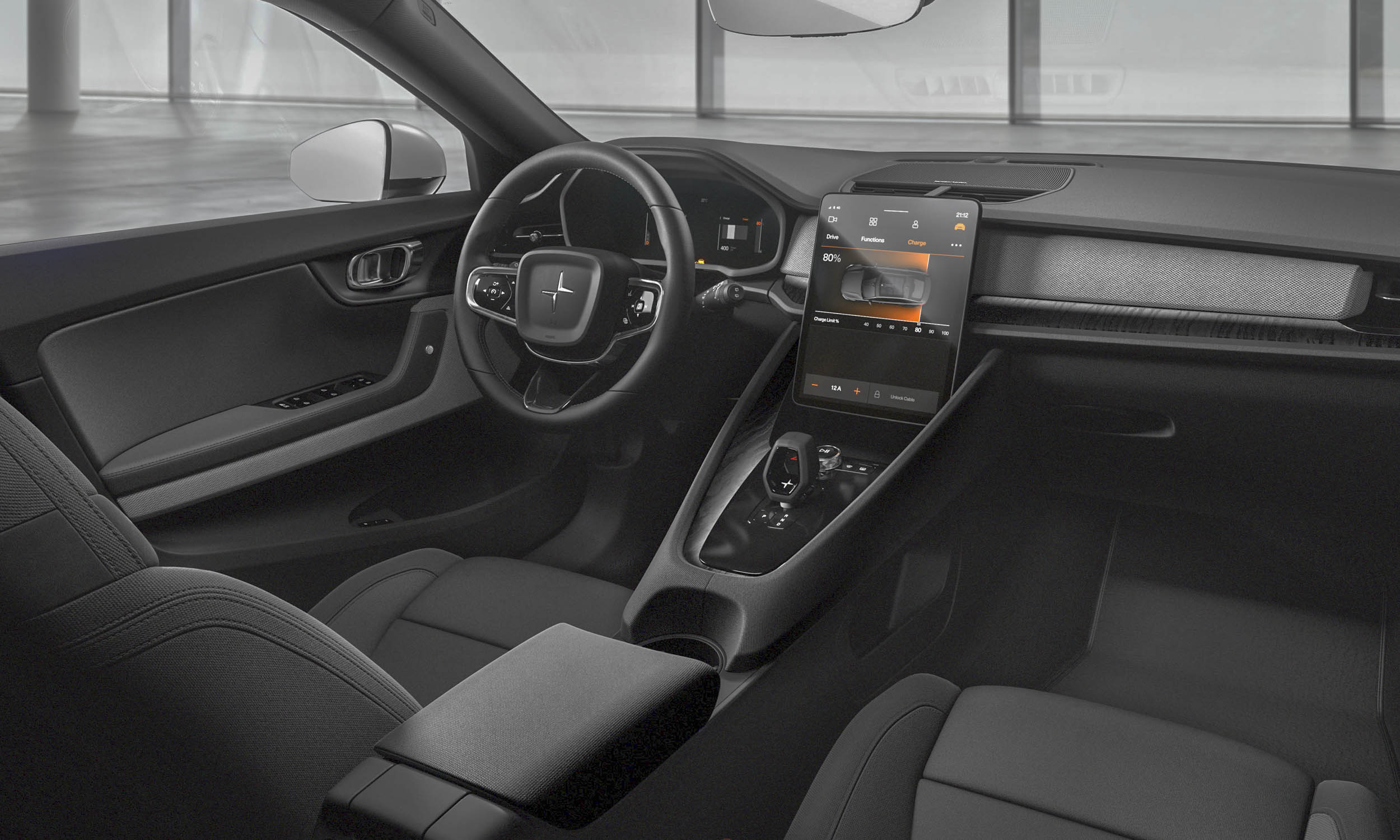 © Polestar
Interior
Other interior features include an instrument cluster with enlarged graphics designed to provide the driver with charging and range status without having to enter the car. The interior will also be friendly to the environment. “We decided to bring something different to the segment. Our avant-garde design has evolved from Polestar 1 into an edgier, bolder statement. We have also designed a standard vegan interior with progressive textiles that will appeal to the forward-thinking audience who will subscribe to Polestar 2,” said Maximilian Missoni, head of design at Polestar. For those who prefer leather, the Nappa leather interior will run $4,000. 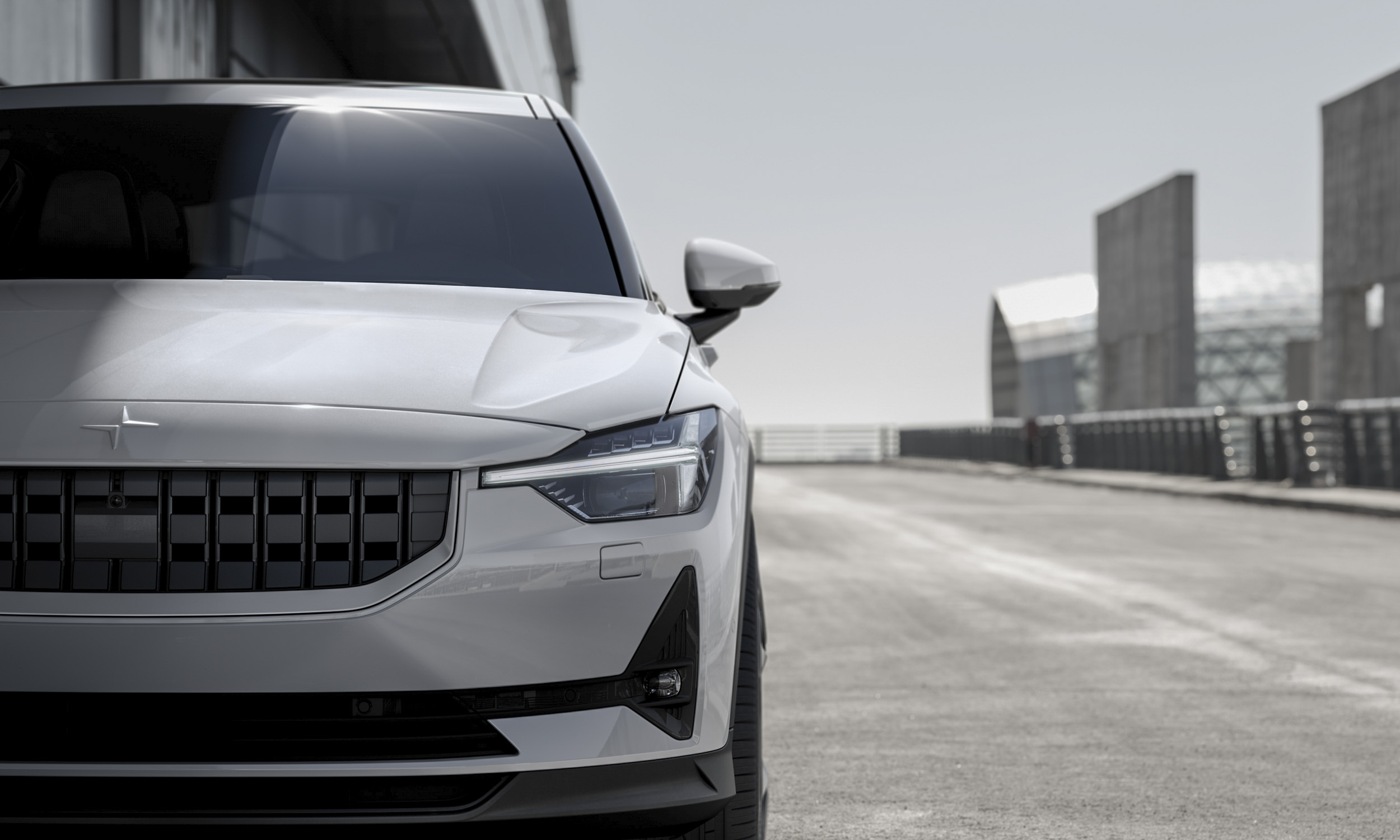 © Polestar
New Design
Polestar 2 will certainly stand out from the crowd with its frameless side mirrors, unique LED headlights, proximity lighting and illuminated Polestar logo. At the rear are LED taillights that stretch the width of the vehicle. Large wheels combined with lower dark cladding give the new Polestar 2 a crossover vibe. Buyers will be able to upgrade to 20-inch alloy wheels for an additional $1,200. 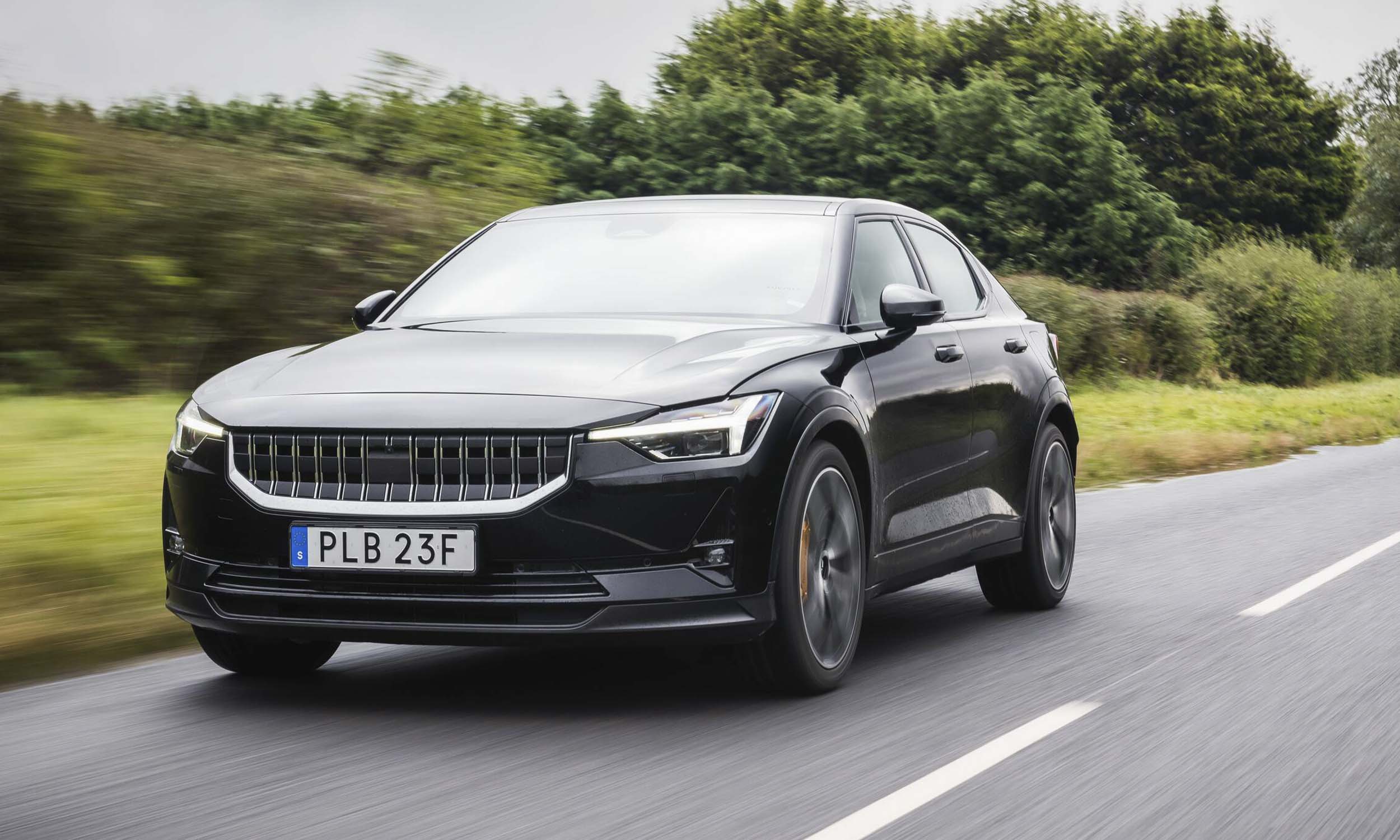