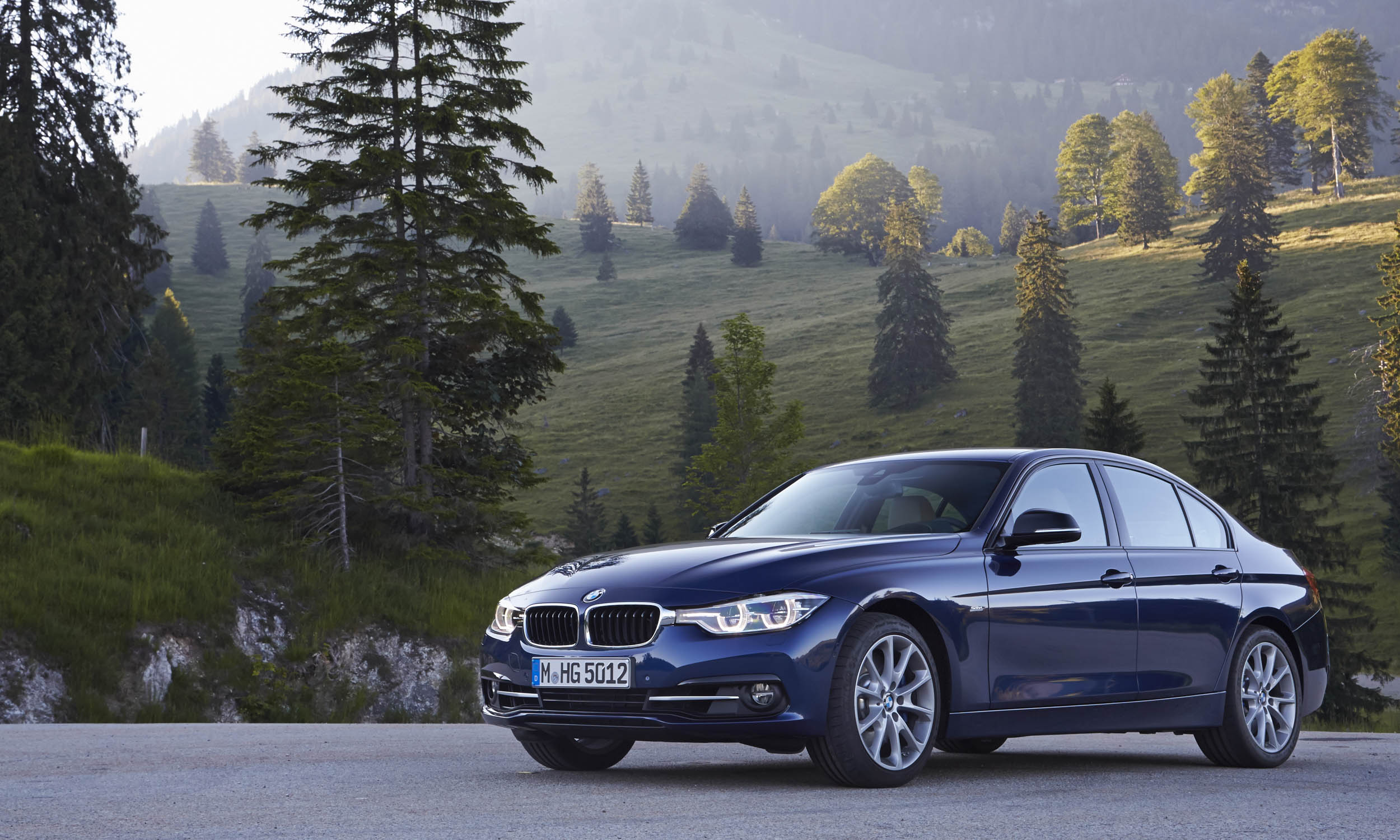 The Lap of Luxury
Trucks and passenger cars are not the only vehicles making hay in the strong U.S. automotive market, which has been on pace to eclipse 17 million units this year. Luxury cars are pulling in their share of sales as well. Brands such as Lexus, Audi and Acura are seeing double-digit increases vs. the first six months of 2014, with Land Rover leading them all with a 23.4 percent increase thanks to a number of redesigned and new products. Mercedes-Benz, BMW, Infiniti and Lincoln are also seeing sales climb — in fact, the only two mainstream luxury brands experiencing a decline in sales vs. last year are Cadillac and Jaguar. Here’s a look at the top-selling luxury vehicles in America through June 2015, compiled from automaker sales reports and goodcarbadcar.net. 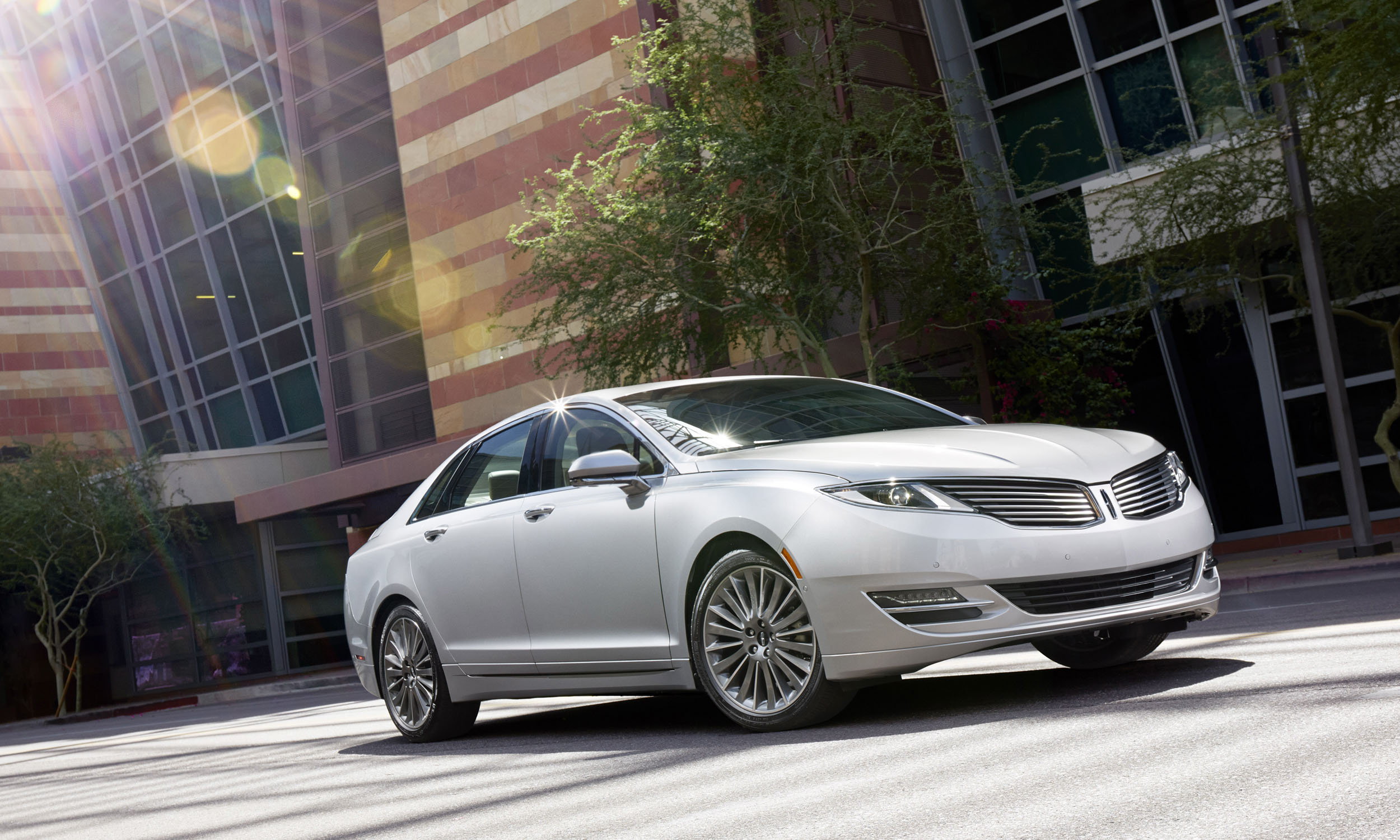 20. Lincoln MKZ
Overall rank: #122
YTD Sales: 15,260
Vs. 2014: -19.6%
Even though the Lincoln MKZ had a considerable sales drop in the first six months of 2015 compared to the previous year, the midsize luxury sedan remains the brand’s top seller in America. Despite deflated MKZ sales, Lincoln had its best June since 2007 with overall sales up almost 6 percent over last year. Most of Lincoln’s sales gains were courtesy of the all-new MKC crossover, as well as the redesigned full-size Navigator. 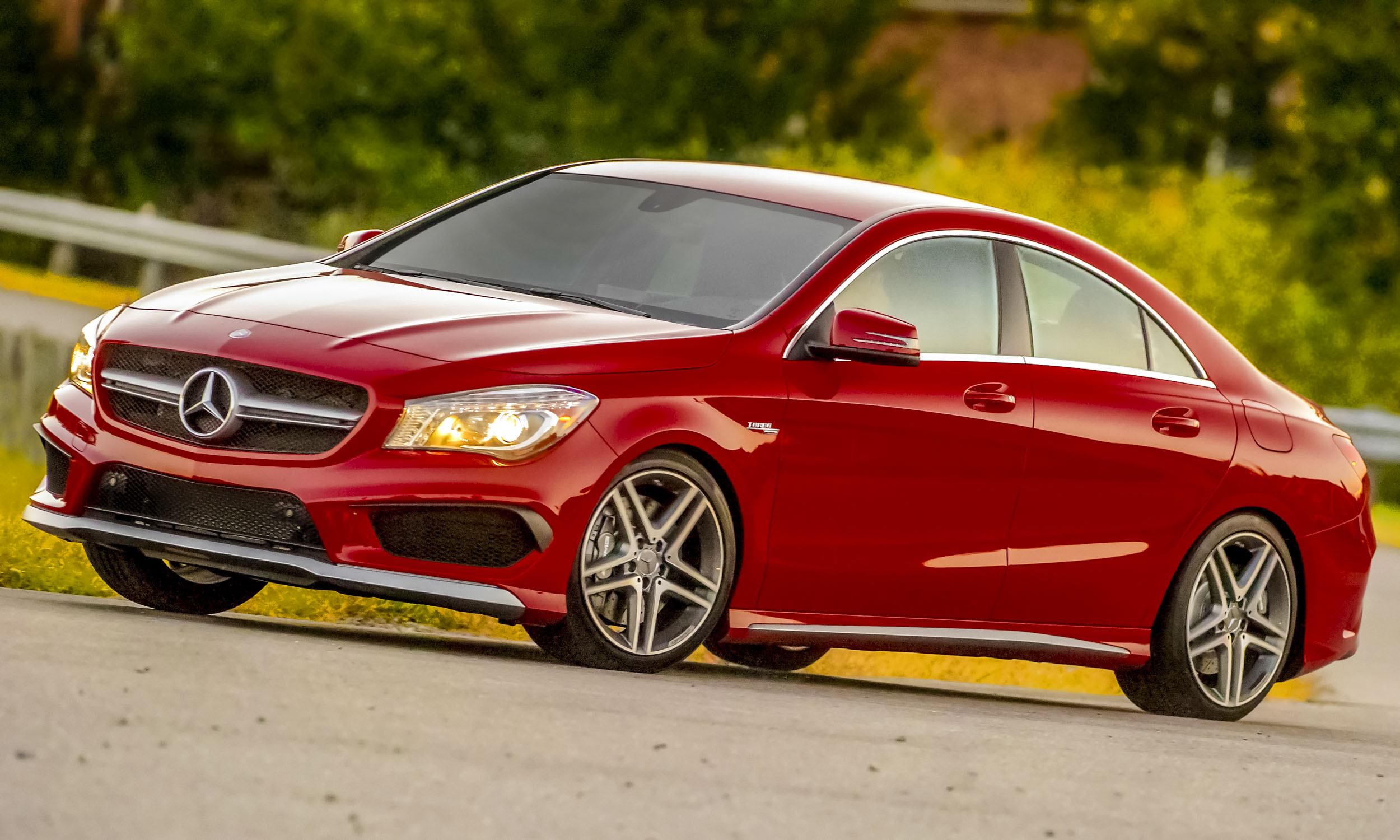 19. Mercedes-Benz CLA
Overall rank: #120
YTD Sales: 16,103
Vs. 2014: 52.3%
With a starting price of $31,500, the CLA is the least expensive avenue into a Mercedes-Benz. The sleek 4-door sedan was introduced last year, and while sales are not extraordinary, 52 percent year-over-year growth is certainly worth noting. Available with either front- or all-wheel drive, CLA receives a number of feature upgrades for the 2015 model year. 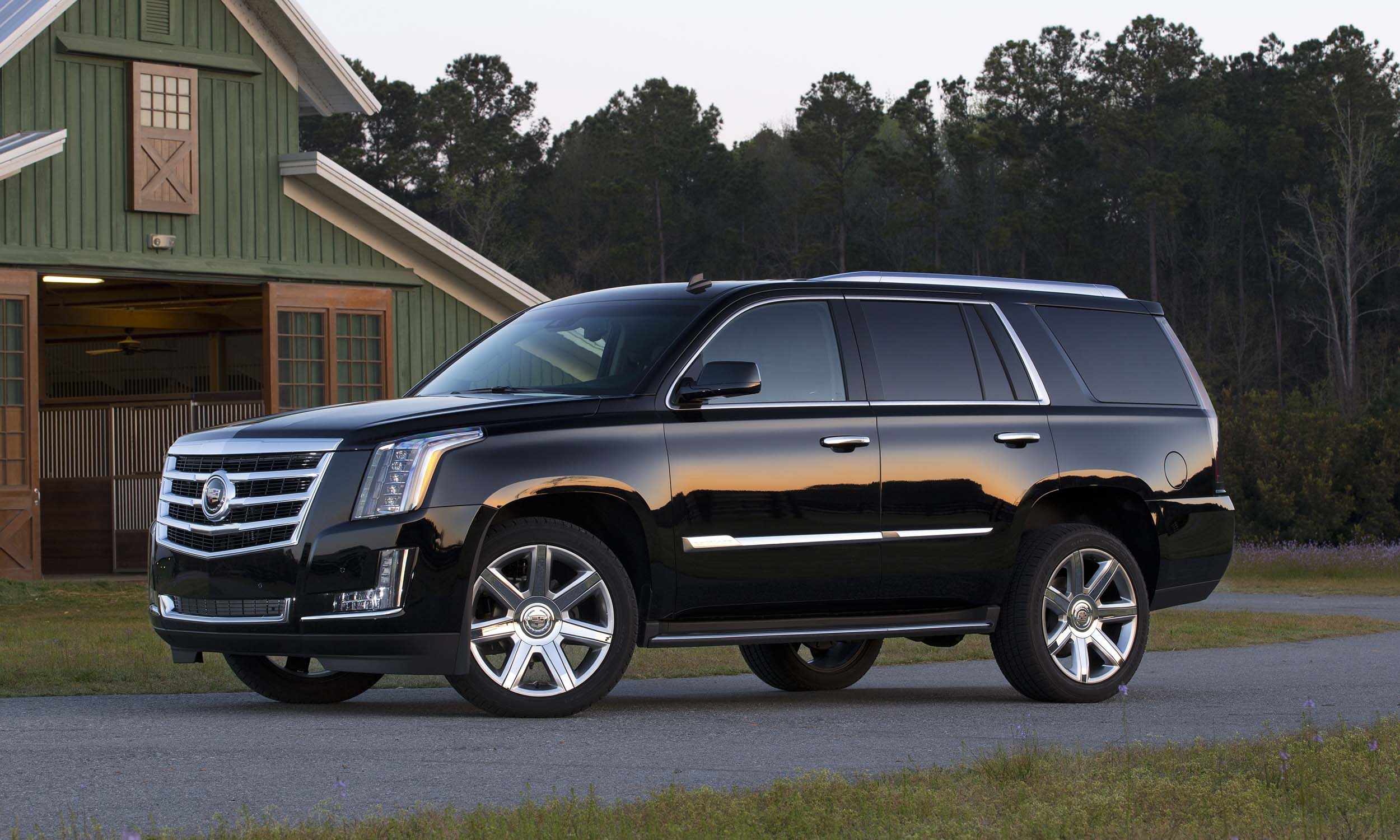 18. Cadillac Escalade
Overall rank: #119
YTD Sales: 16,313
Vs. 2014: 56.0%
The Escalade was redesigned for the 2015 model year, and based on the sales figures the new look is clearly resonating with customers. The sporty styling of this luxurious full-size SUV fits with the rest of the Cadillac lineup, but with a bold grille and tall rear taillights. Escalade is available in regular or extended length, and gets plenty of power from its 6.2-liter V8 engine. 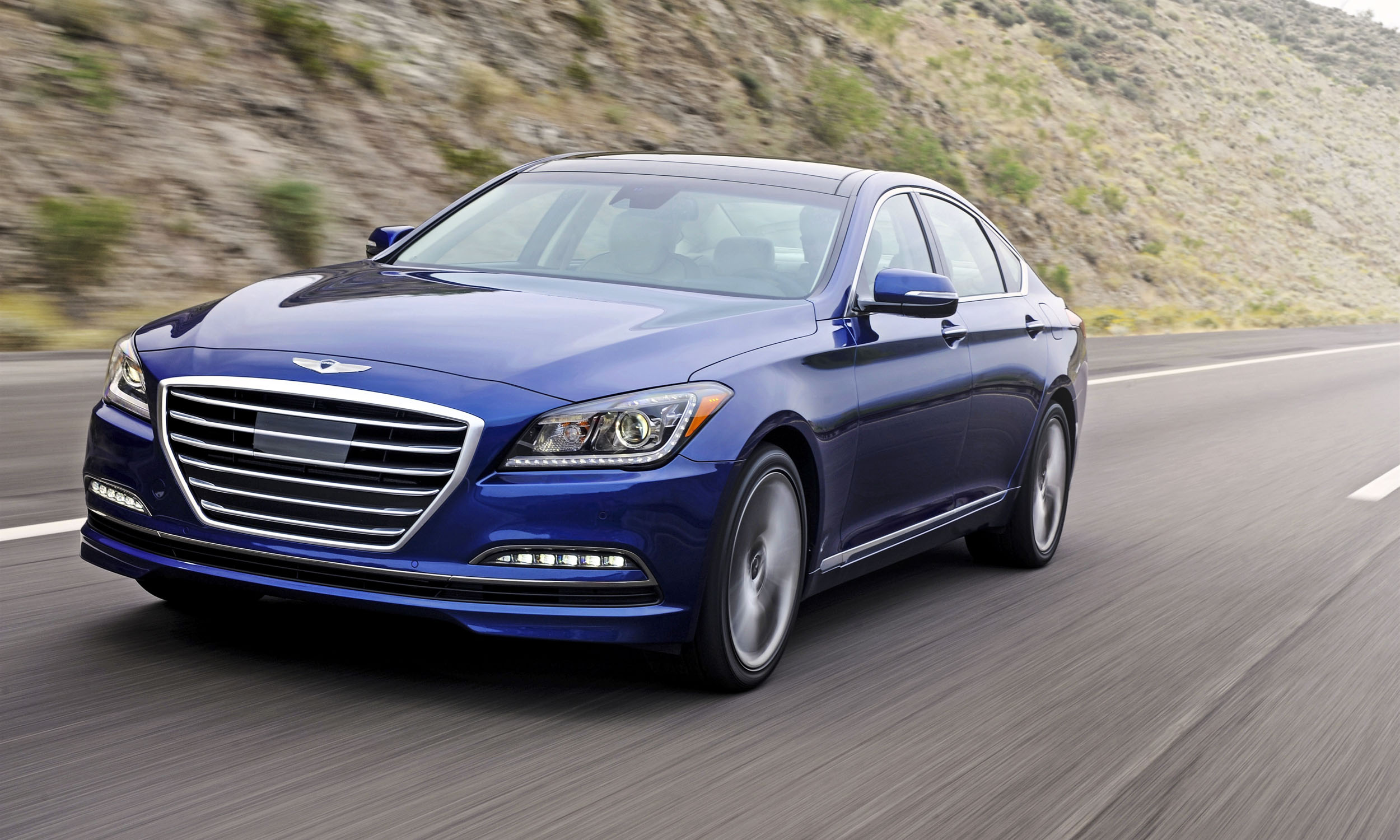 17. Hyundai Genesis
Overall rank: #118
YTD Sales: 17,270
Vs. 2014: 23.0%
Completely new for the 2015 model year, the Hyundai Genesis is the Korean automaker’s premium rear-wheel-drive sedan. In addition to new styling and features, Genesis has the distinction of being Hyundai’s first sedan offered with available all-wheel drive as well as standard rear-wheel drive. High-end materials, comfortable surroundings and a starting price of $38,000 make it easy to see why Genesis would be one of the more popular luxury cars in the U.S. 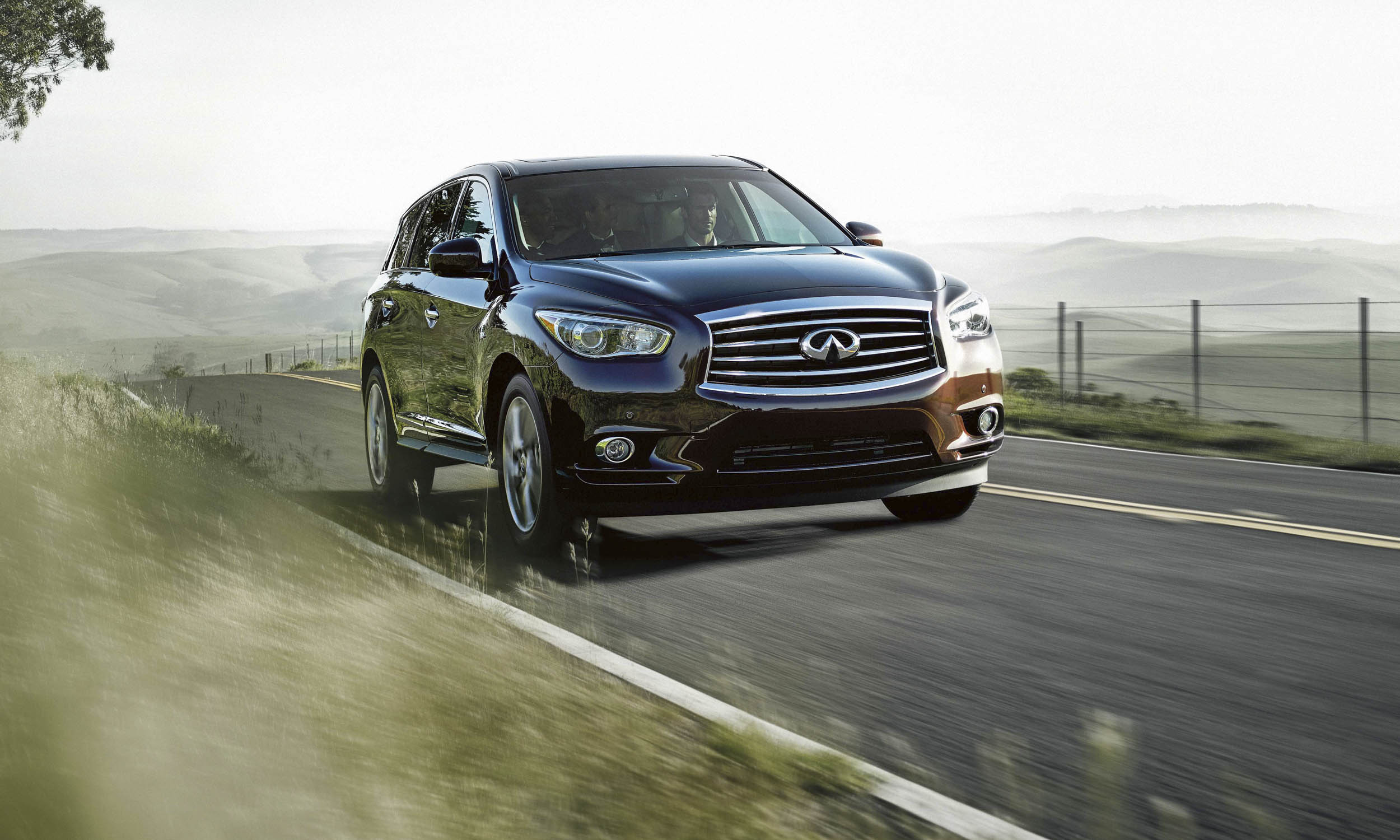 16. Infiniti QX60
Overall rank: #116
YTD Sales: 17,778
Vs. 2014: 14.0%
With Infiniti’s new naming convention it can sometimes be difficult to differentiate between vehicles, so we’ll help out: the QX60 was previously named the JX35 and is Infiniti’s 7-passenger luxury crossover. Available with either a 265-horsepower V6 engine or a 250-horsepower hybrid powertrain, Infiniti’s best-selling SUV had its best June since it went on sale. 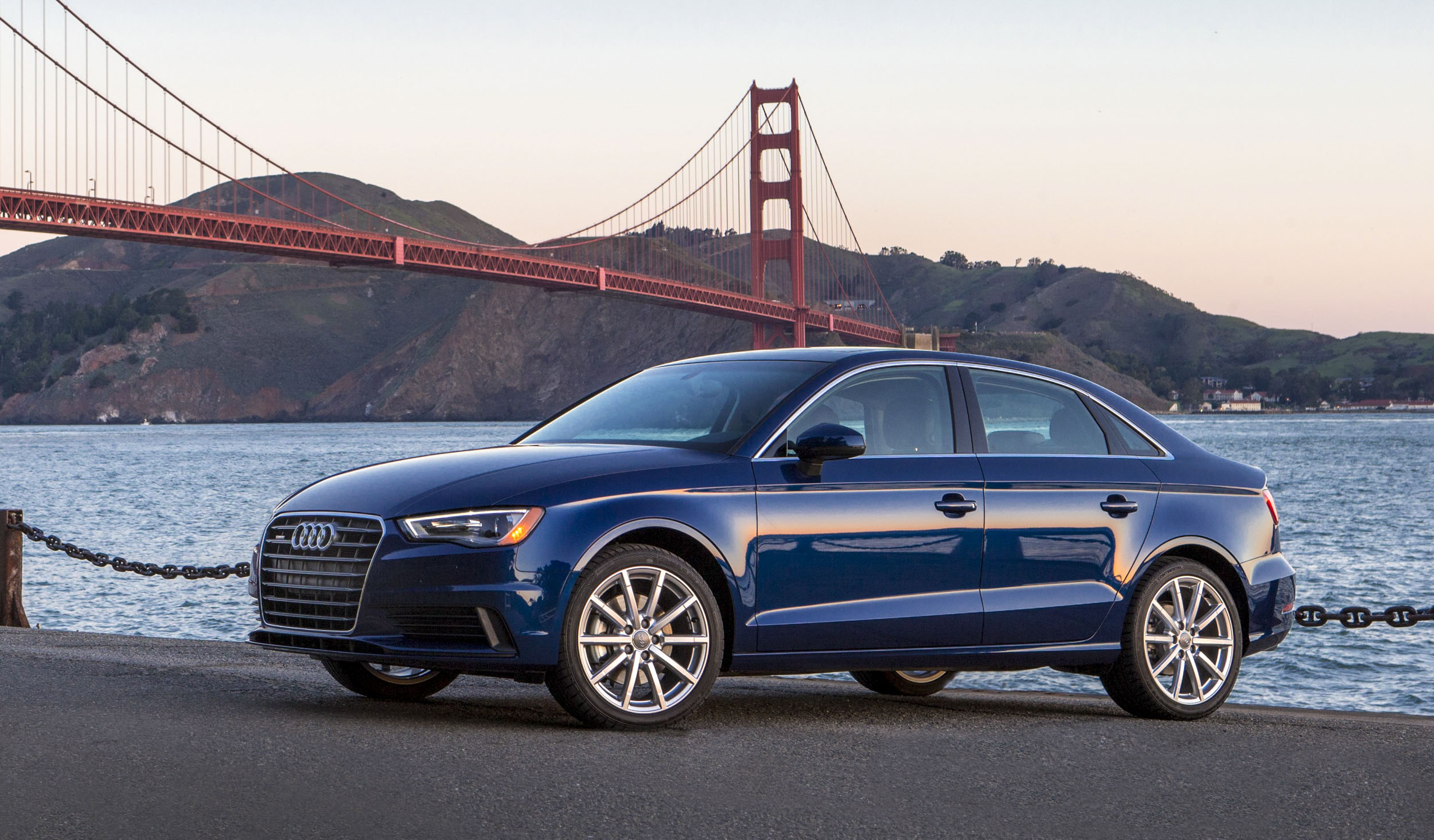 15. Audi A3
Overall rank: #114
YTD Sales: 17,905
Vs. 2014: 131.5%
Audi’s A3 has had excellent sales growth this year, largely due to the complete redesign of this small premium sedan. The least expensive model in the Audi lineup, with a starting price of $29,900, the A3 is available with quattro full-time all-wheel drive as well as a fuel-efficient TDI diesel engine. 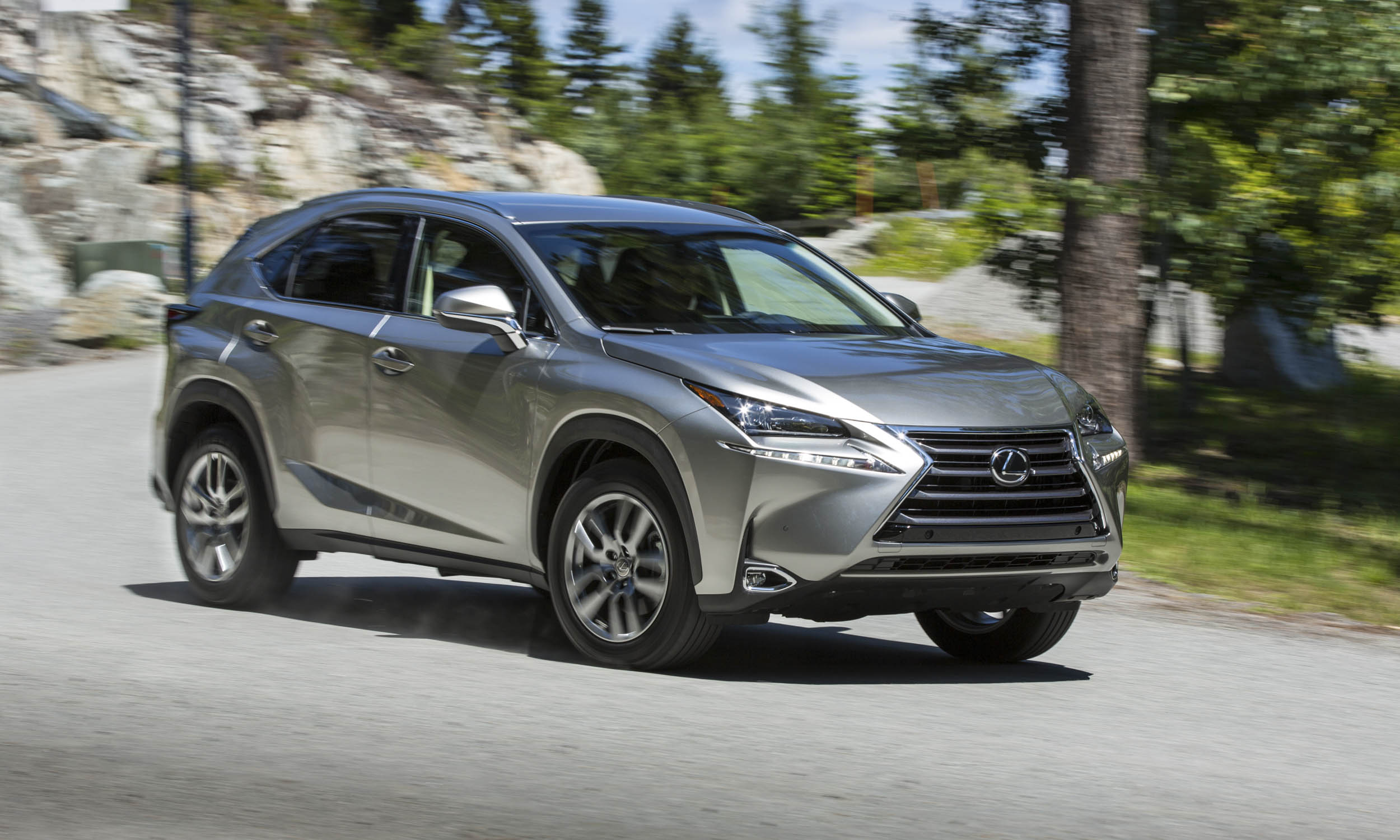 14. Lexus NX
Overall rank: #109
YTD Sales: 20,049
Vs. 2014: N/A – new model
The NX is an all-new model for Lexus — the brand’s first entry into the compact luxury crossover market. The small crossover features the first-ever turbocharged engine in a Lexus and can be equipped with the company’s new Dynamic Torque Control All-Wheel Drive. The NX is also available as a hybrid that employs an electric motor on the rear axle for all-wheel-drive models. 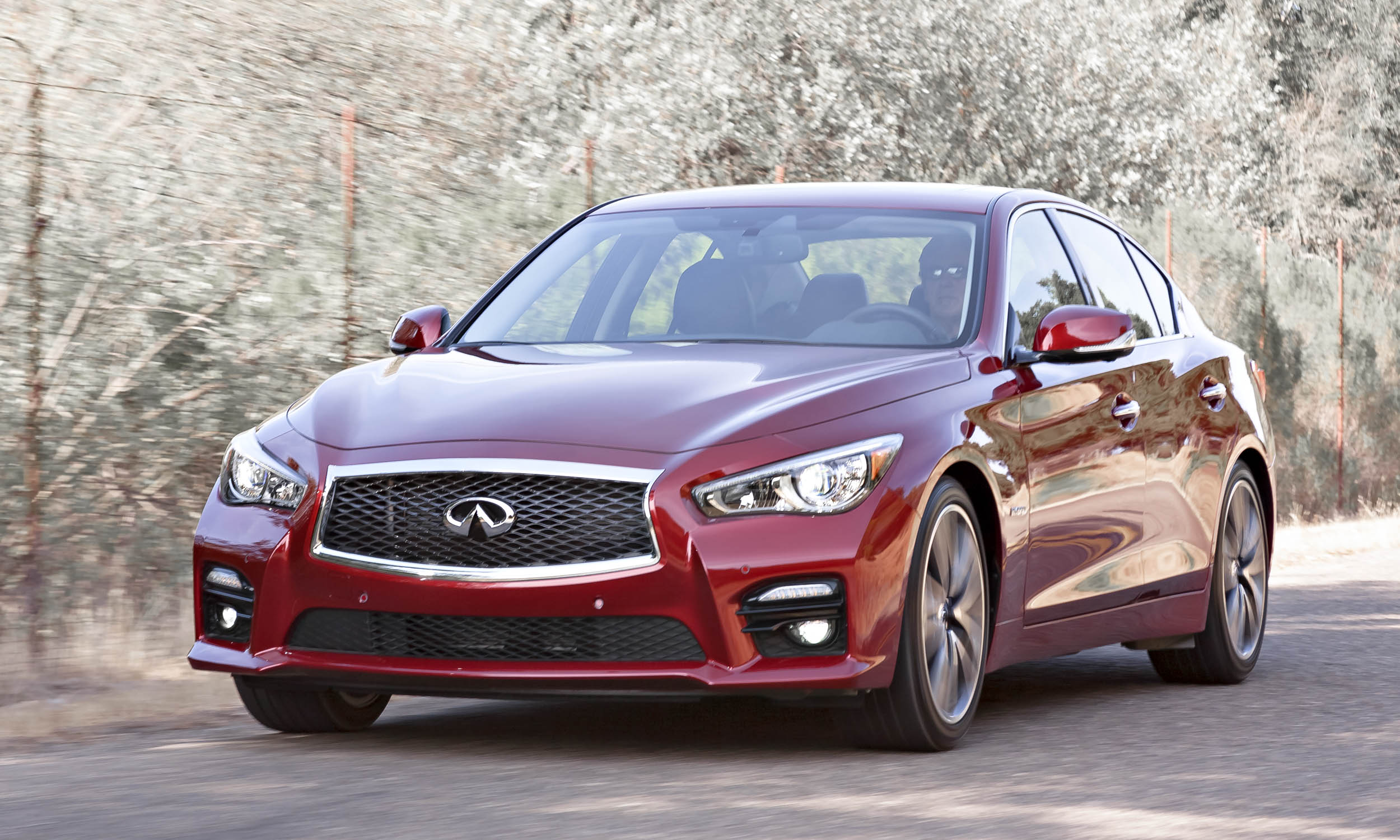 13. Infiniti Q50
Overall rank: #108
YTD Sales: 20,400
Vs. 2014: 13.3%
Infiniti introduced the Q50 just one year ago and sales of the sport sedan continue to climb with a 43.2 percent increase in June sales compared to the same month last year. Replacing the G37, the Q50 is Infiniti’s best-selling model, available with either a 328-horsepower V6 engine or a more powerful 360-horsepower hybrid. 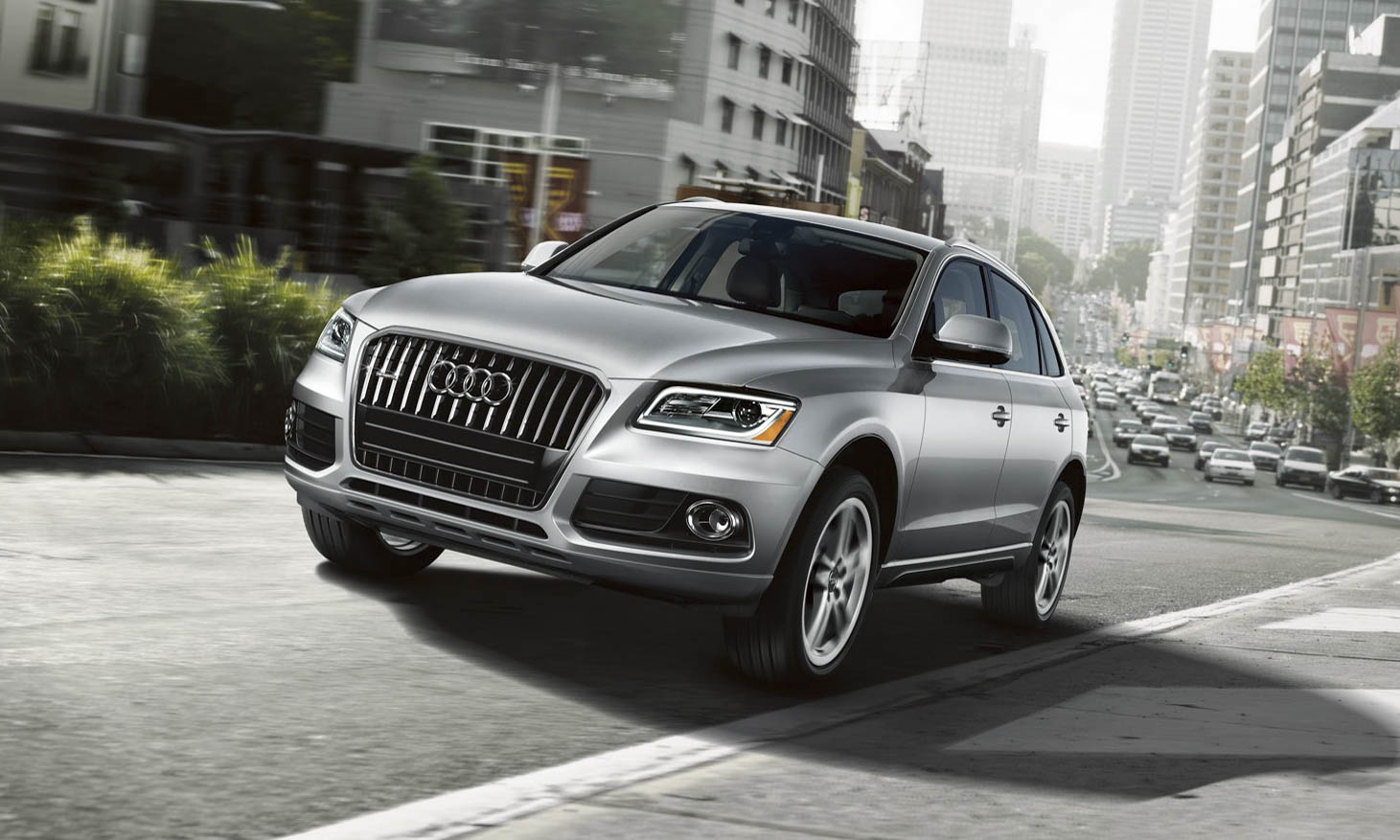 12. Audi Q5
Overall rank: #103
YTD Sales: 21,666
Vs. 2014: 8.7%
Even though it has been available in the U.S. market a scant few years, the Q5 continues to turn in strong sales numbers. The 5-passenger luxury crossover is currently Audi’s best-selling model with a 6 percent increase in June sales vs. 2014. The Q5 is available with a number of powertrain options, including a hybrid, diesel or powerful V6, and all versions are equipped with quattro all-wheel drive. 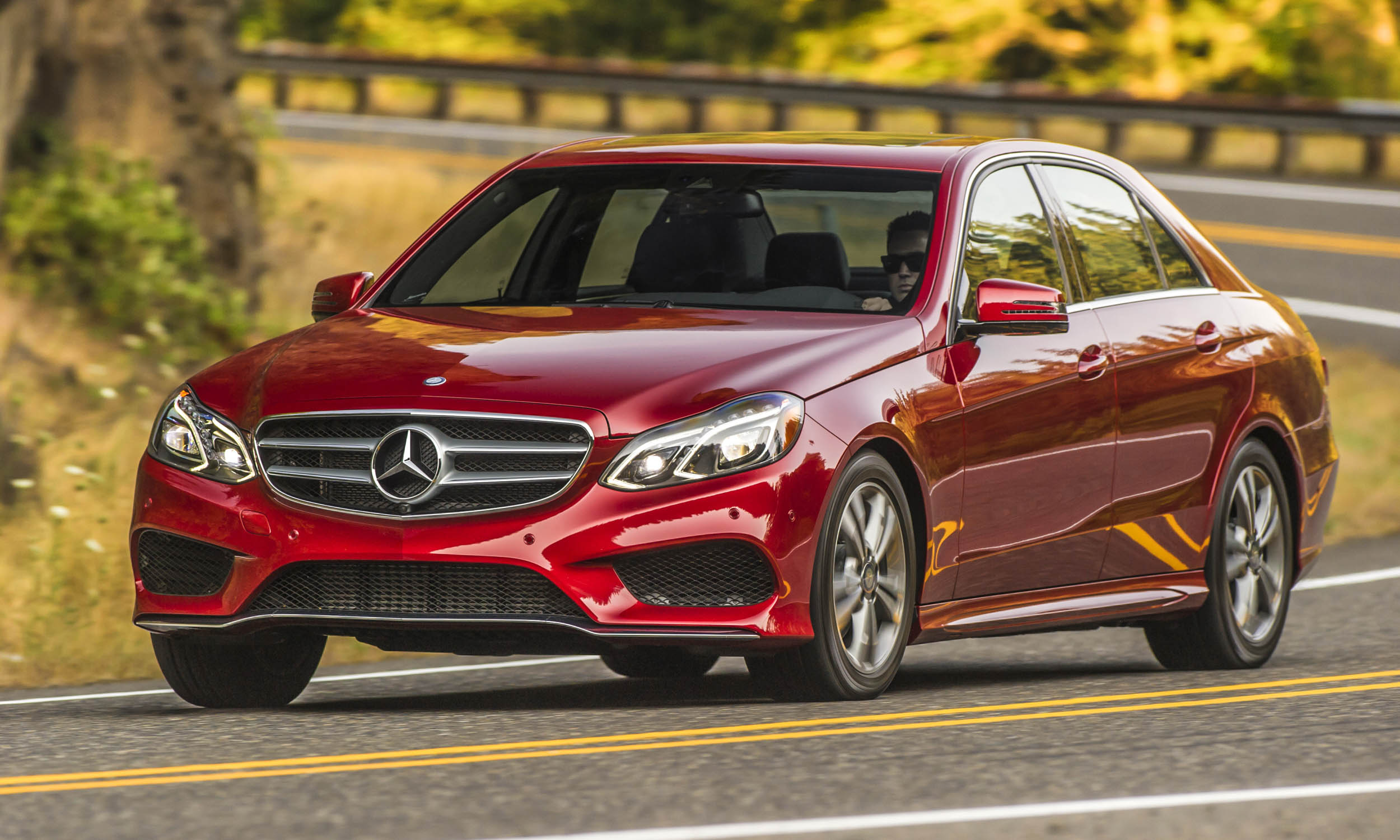 11. Mercedes-Benz E-Class
Overall rank: #101
YTD Sales: 22,252
Vs. 2014: -35.7%
Mercedes-Benz reported record June sales this year with an increase of 5.8 percent over last year; however, the E-Class has seen a significant drop in sales both for the month of June and for the year so far. Still one of the brand’s best-selling models, the E-Class is available as a sedan, wagon, coupe and convertible with a variety of powertrains. 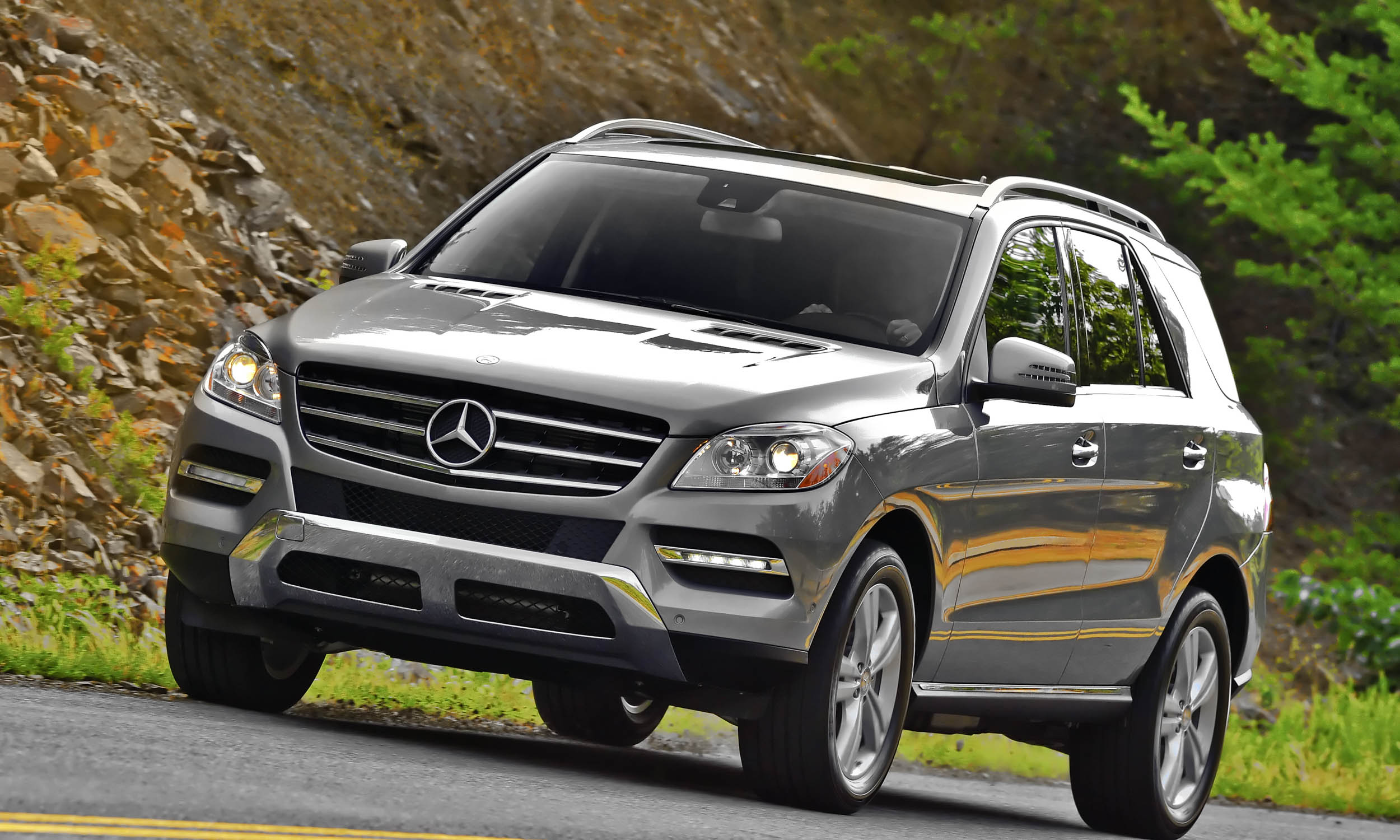 10. Mercedes-Benz M-Class
Overall rank: #99
YTD Sales: 22,960
Vs. 2014: 4.6%
One of the earliest luxury SUVs on the market, the M-Class wears the mantle of best-selling SUV in the Mercedes lineup. The 5-passenger M-Class offers all the luxury amenities expected in a Mercedes-Benz, with engine options ranging from a fuel-efficient BlueTEC diesel to the ML63 AMG that boasts more than 500 horsepower. Look for the all-new GLE going on sale later this year t0 replace the current M-Class. 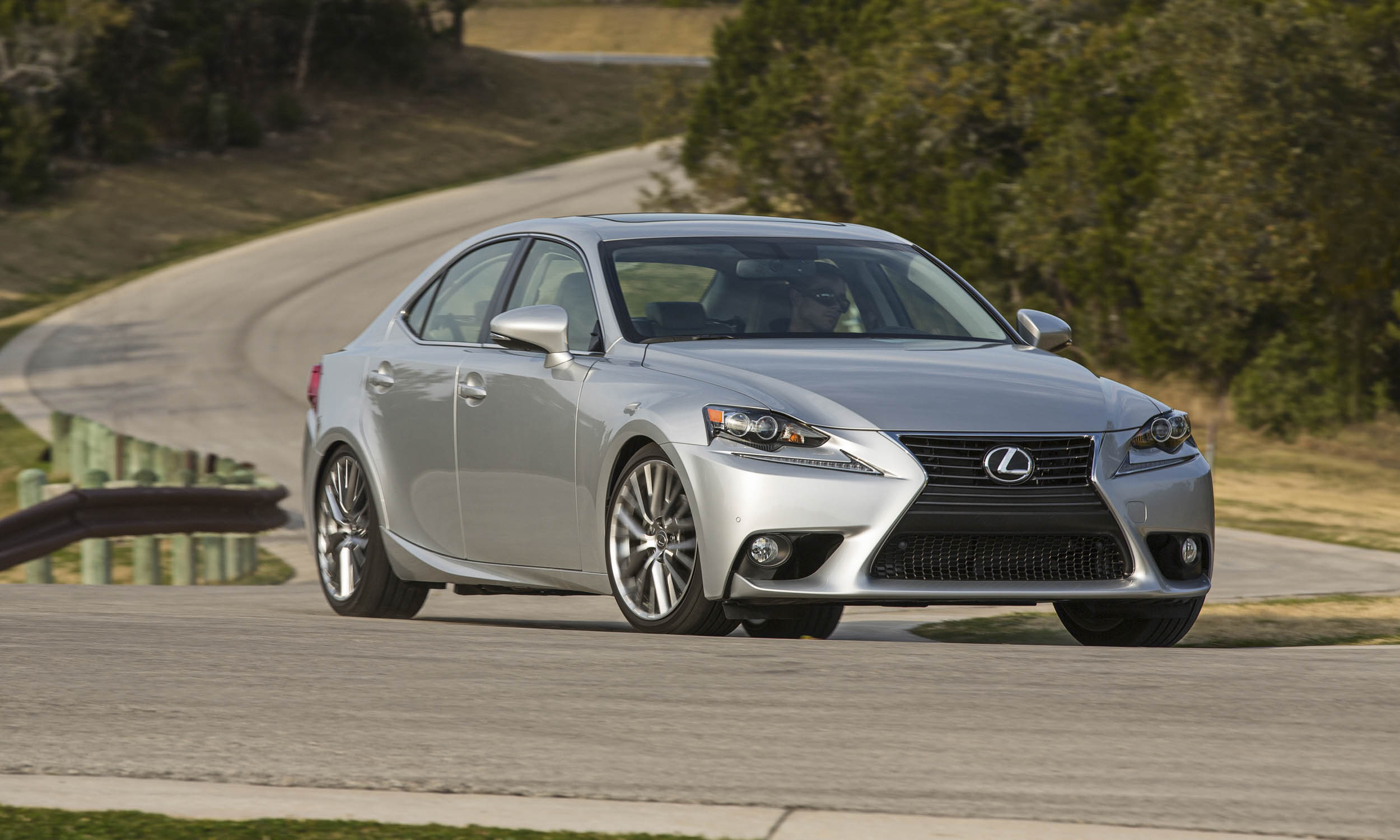 9. Lexus IS
Overall rank: #97
YTD Sales: 23,420
Vs. 2014: -0.6%
The sporty IS happens to be one of three models from Lexus to break into the top 10 for yearly sales. Redesigned for the 2014 model year, the IS shows sales down slightly for June vs. a year ago, as well as year to date. Available as a sedan or convertible, the IS comes with standard rear-wheel drive or optional all-wheel drive. 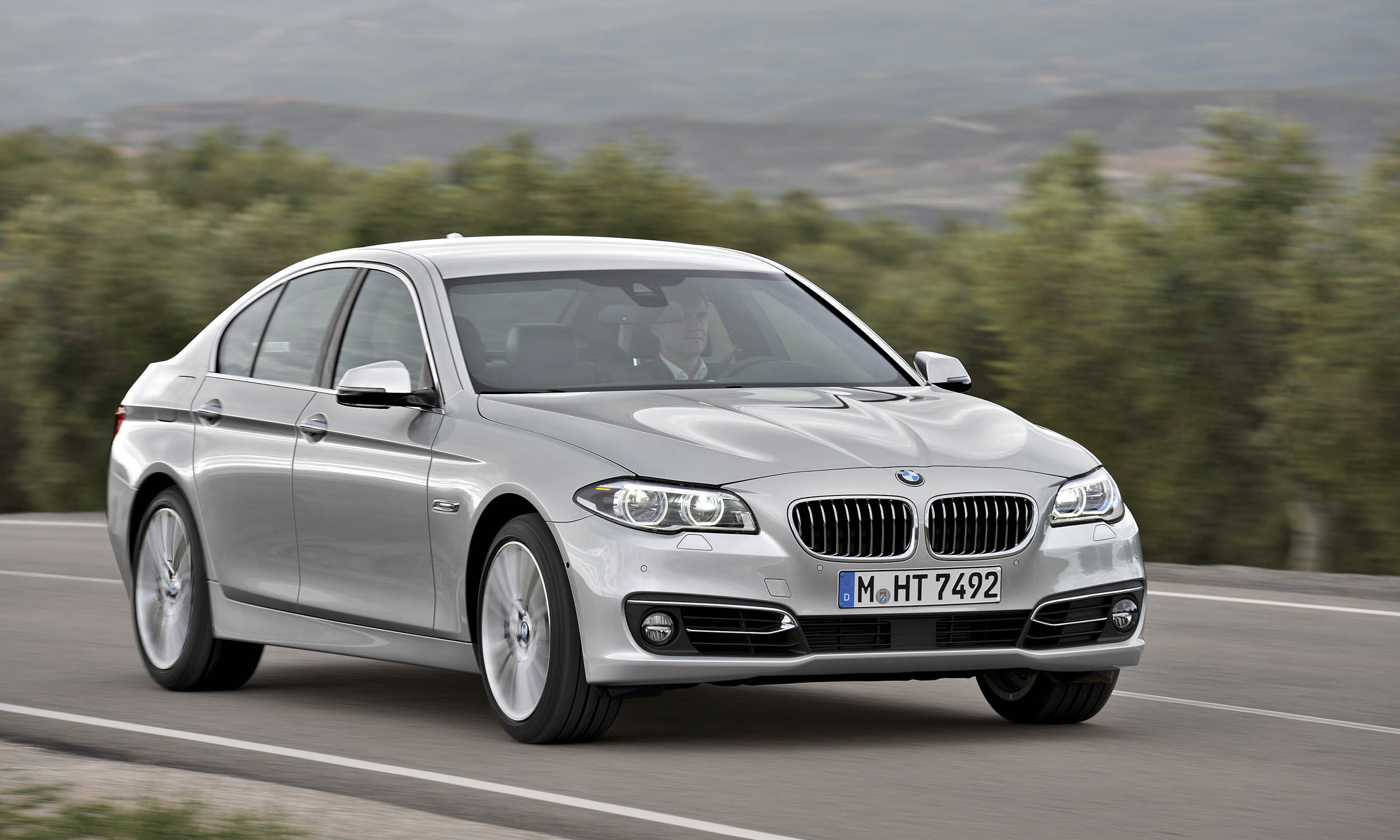 8. BMW 5 Series
Overall rank: #96
YTD Sales: 23,581
Vs. 2014: -14.6%
June was not a good month for the BMW 5 Series — sales dropped more than 62 percent compared to last year. The perceived precipitous drop may be a result of the sport sedan having its best sales month in June 2014, while the same month a year later saw the poorest sales of this year. Overall BMW sales are up year over year for both passenger cars and SUVs. The 5 Series remains one of BMW’s best-selling models, available with a variety of engines and xDrive all-wheel drive. 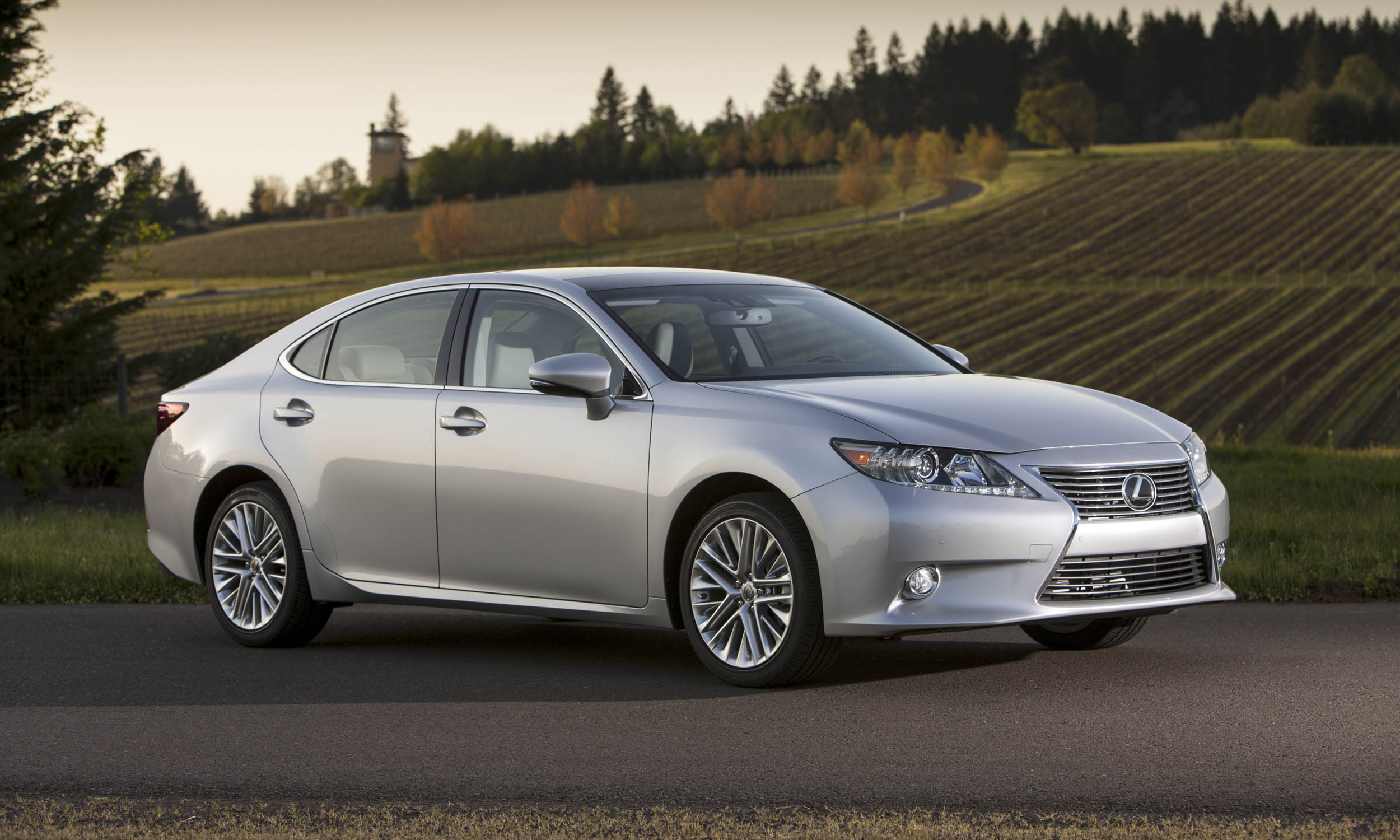 7. Lexus ES
Overall rank: #83
YTD Sales: 29,041
Vs. 2014: -12.4%
It may be the entry-level model in the Lexus lineup, but the ES comes with plenty of luxury amenities you’d expect from a Lexus. Standard features include leather trim, a power moonroof, automatic climate control, a high-end audio system with Bluetooth streaming and 17-inch alloy wheels. The ES can be equipped with either a V6 engine or hybrid powerplant. 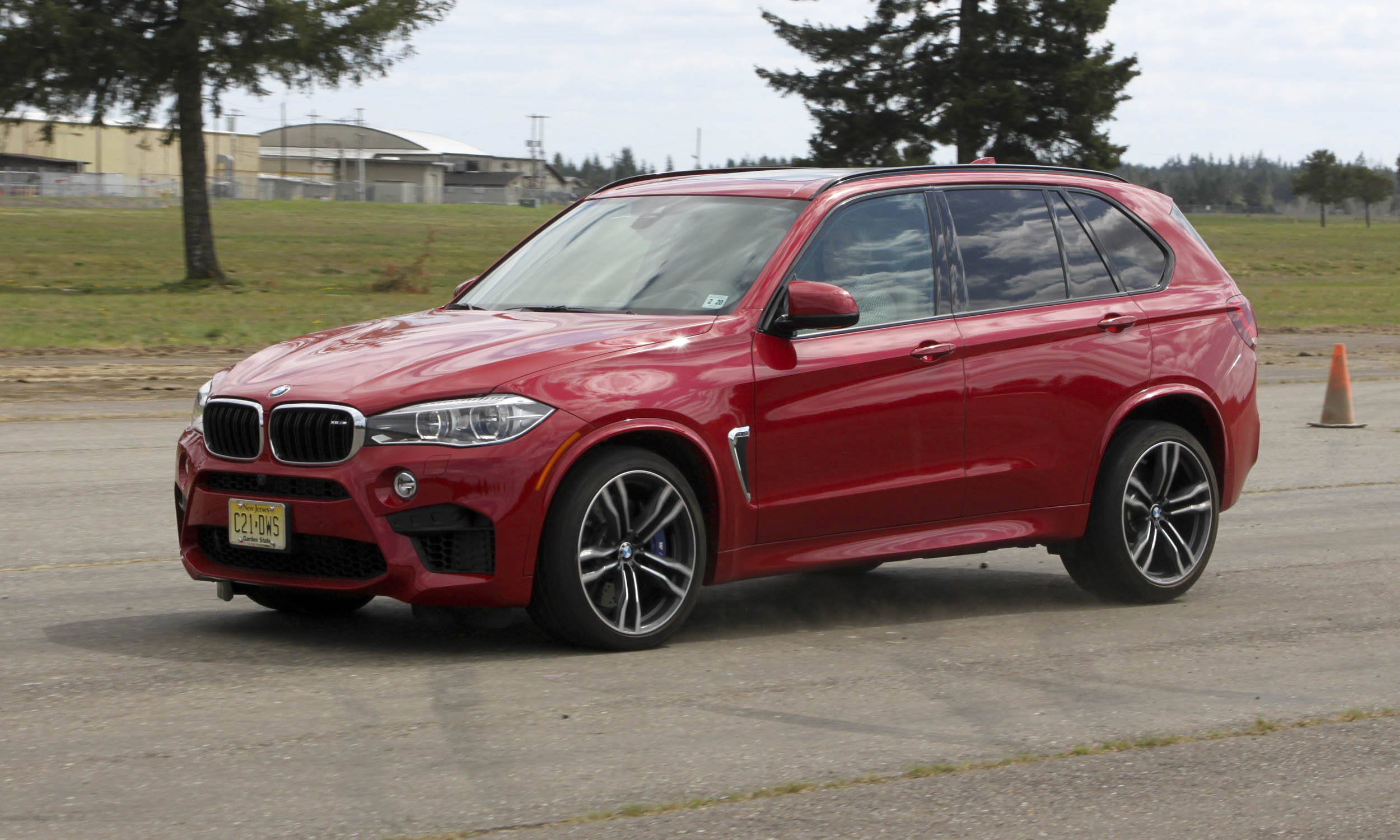 6. BMW X5
Overall rank: #82
YTD Sales: 29,151
Vs. 2014: 29.9%
BMW introduced an updated X5 for the 2014 model year and even a year later sales are strong — June 2015 sales are an 89 percent increase over the previous year. BMW calls the X5 a Sport Activity Vehicle rather than a sport-utility vehicle, but no matter the moniker the emphasis is on the sport. Even the least expensive version of the X5 has a 300-horsepower engine; if you’re looking for extreme performance, the X5 M boasts 567 horsepower from its 4.4-liter turbocharged V8 engine. 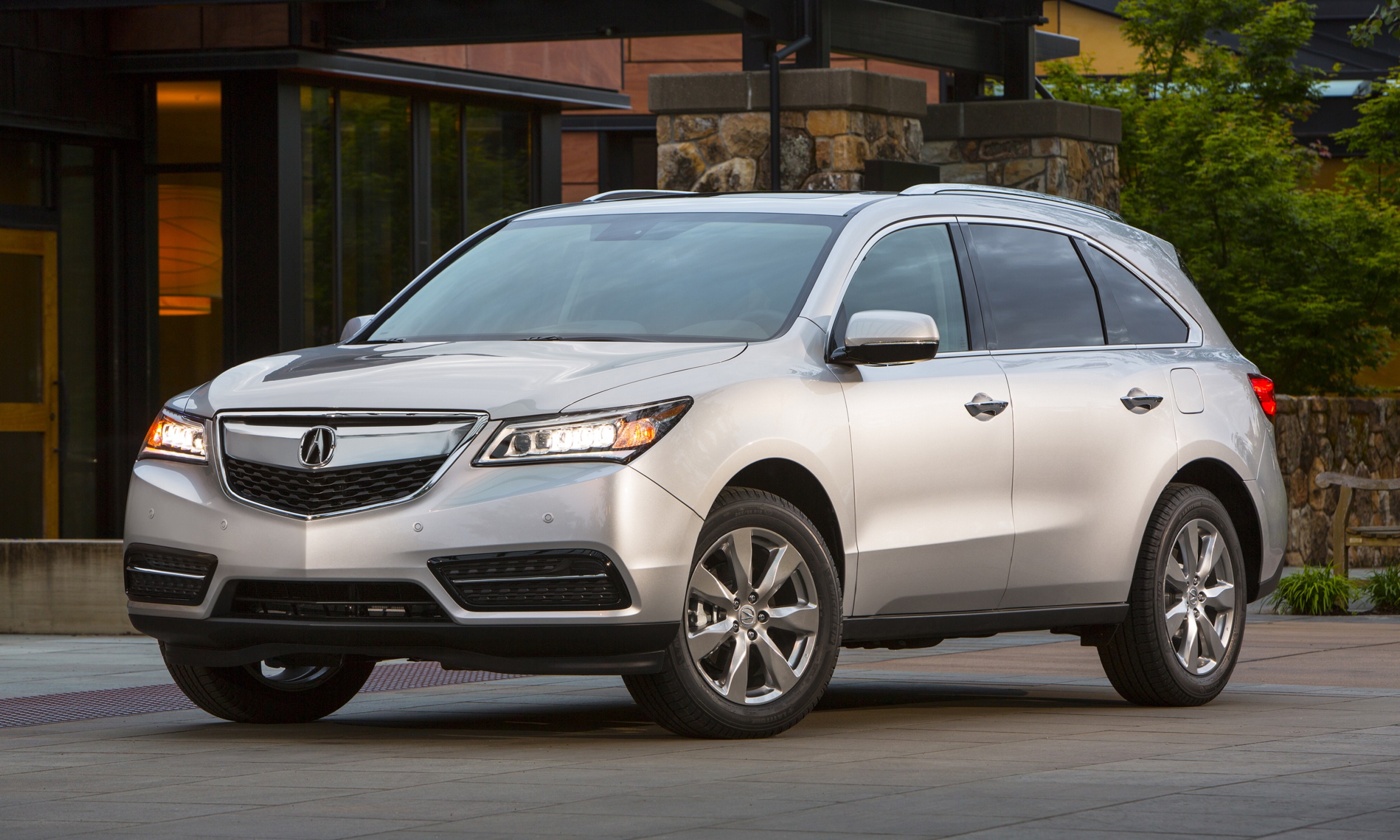 5. Acura MDX
Overall rank: #80
YTD Sales: 29,420
Vs. 2014: -4.1%
Acura’s midsize SUV had a complete makeover for the 2014 model year, and although sales are down slightly year over year, the MDX holds its own as the best-selling luxury 7-passenger SUV. Available with front-wheel drive or Super Handling All-Wheel Drive, the MDX is one of the quieter SUVs on the market, thanks to three-layer acoustic glass for the windshield and front side windows, thick rear door glass, triple side-sill door seals and Active Noise Control technology. 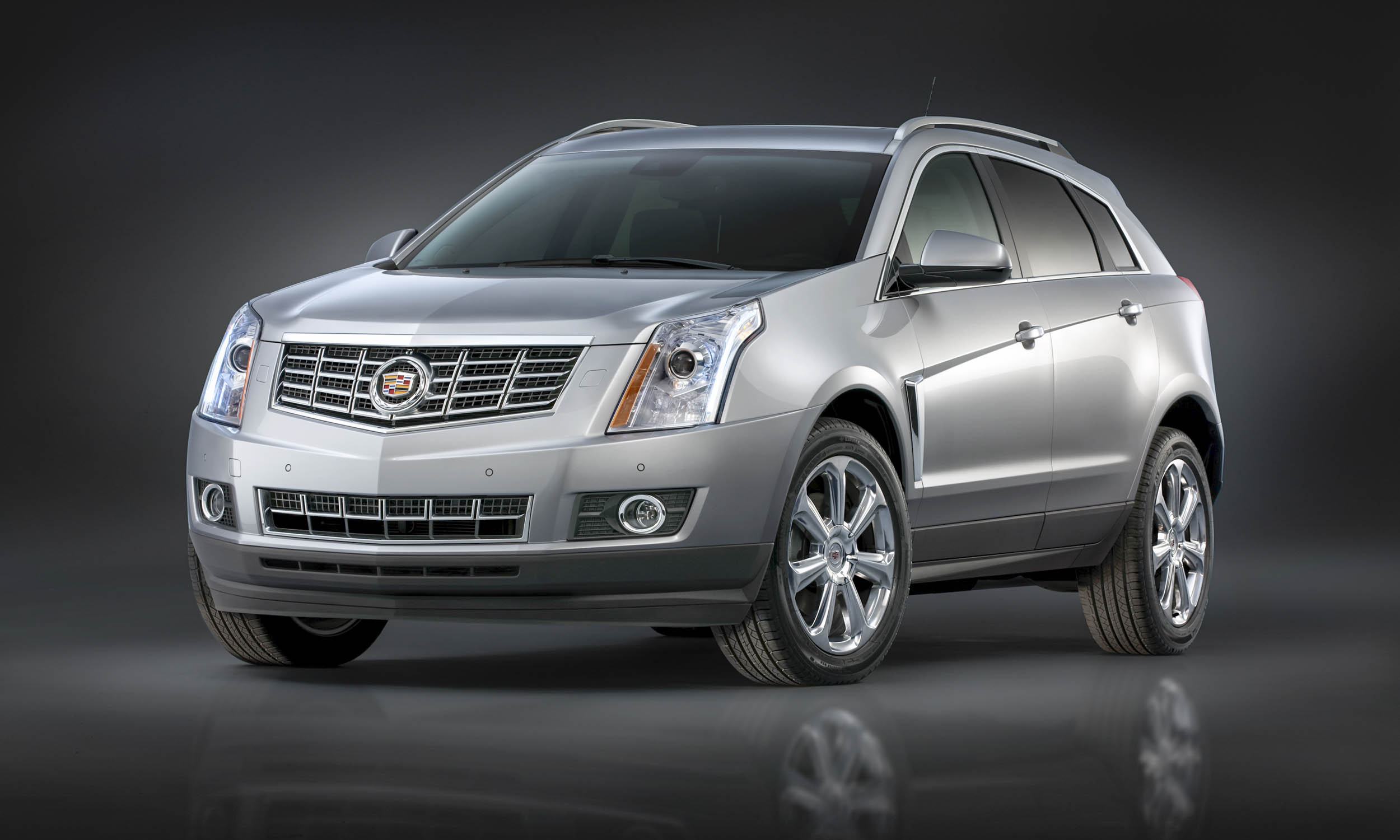 4. Cadillac SRX
Overall rank: #79
YTD Sales: 30,207
Vs. 2014: 4.7%
Cadillac has to be happy with sales of the SRX. Despite being the oldest model in the luxury brand’s lineup, the crossover is Cadillac’s best-seller and sales continue to grow: June was up 23.5 percent compared to the same month of last year — for a vehicle that hasn’t had a major refresh in five years. A few spy shots of an all-new SRX have surfaced, so a new model should be along soon to continue this strong sales trend. 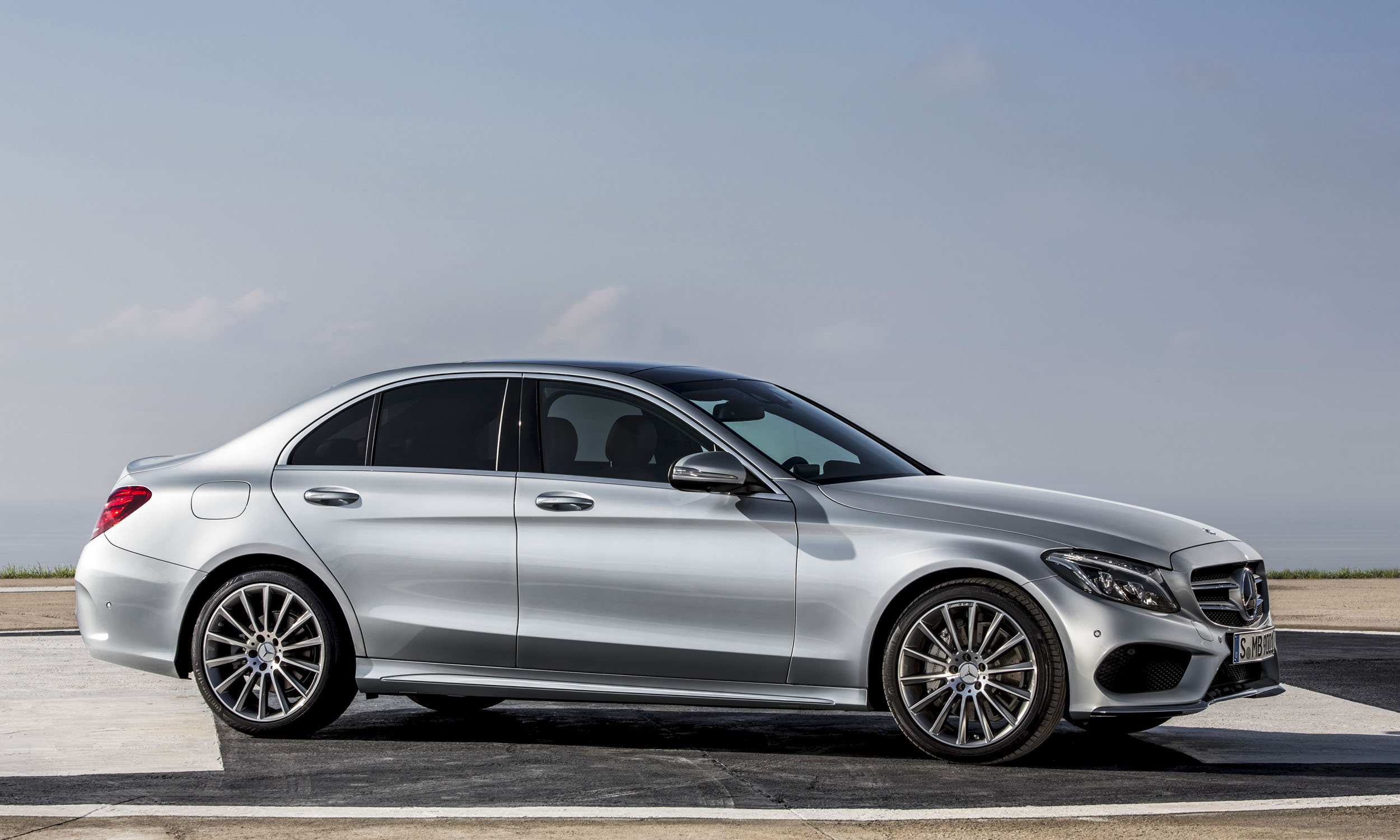 3. Mercedes-Benz C-Class
Overall rank: #59
YTD Sales: 43,337
Vs. 2014: 31.2%
The best-selling Mercedes-Benz receives a complete redesign for the 2015 model year, and based on the 48 percent sales increase in June vs. a year earlier it seems the new look has been well received. The C-Class is larger than the outgoing model, with a roomy interior and quality materials befitting a Mercedes. Both rear-wheel drive and all-wheel-drive variants are available. 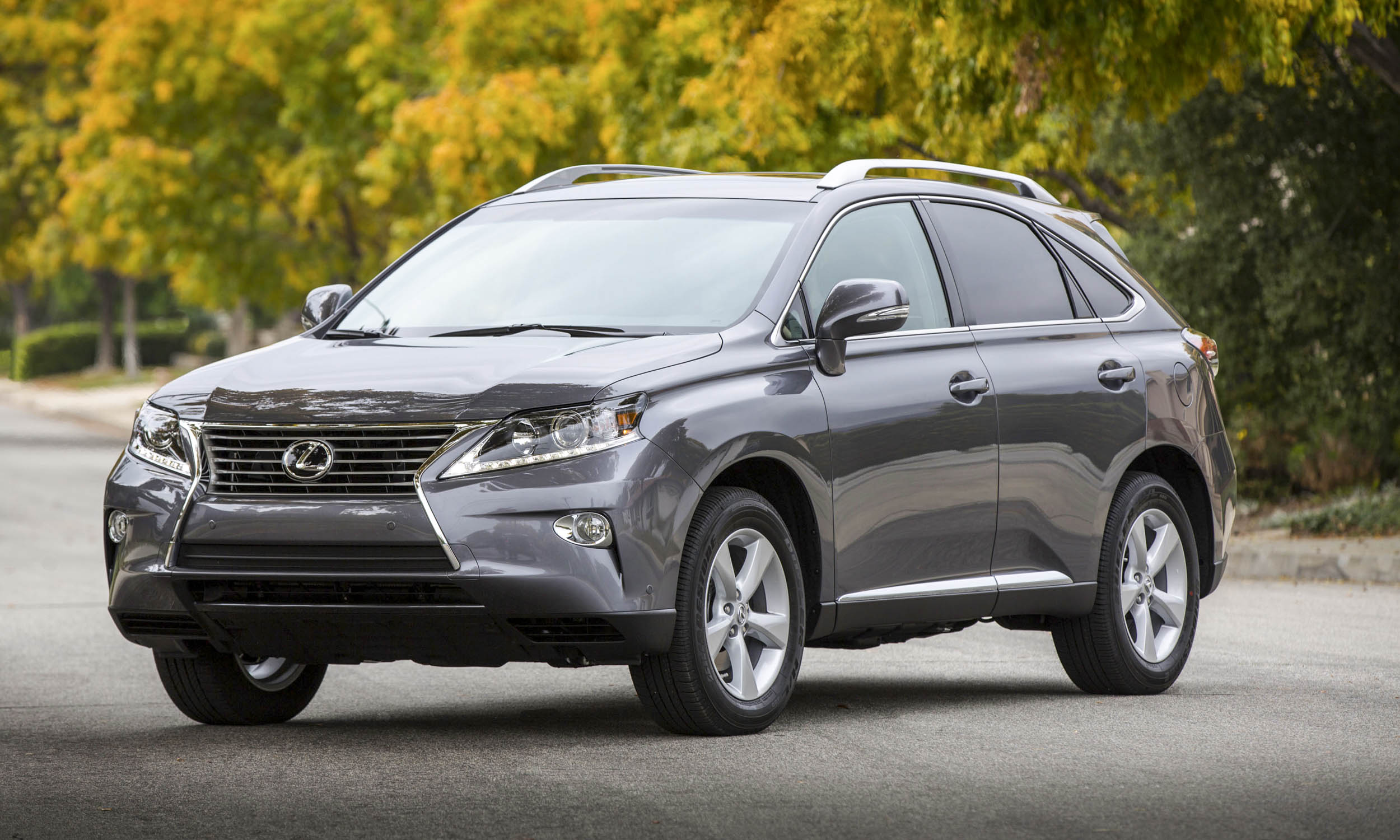 2. Lexus RX
Overall rank: #58
YTD Sales: 44,279
Vs. 2014: -6.3%
Sales of the RX have declined slightly, but this luxury crossover is still the best-selling model in the Lexus portfolio by a large margin. One of the first luxury crossovers when it was introduced in the late 1990s, the RX is available with front-or all-wheel drive and a high level of luxurious interior detail. Lexus should see sales take an upswing later this year when an all-new 2016 RX reaches showrooms. 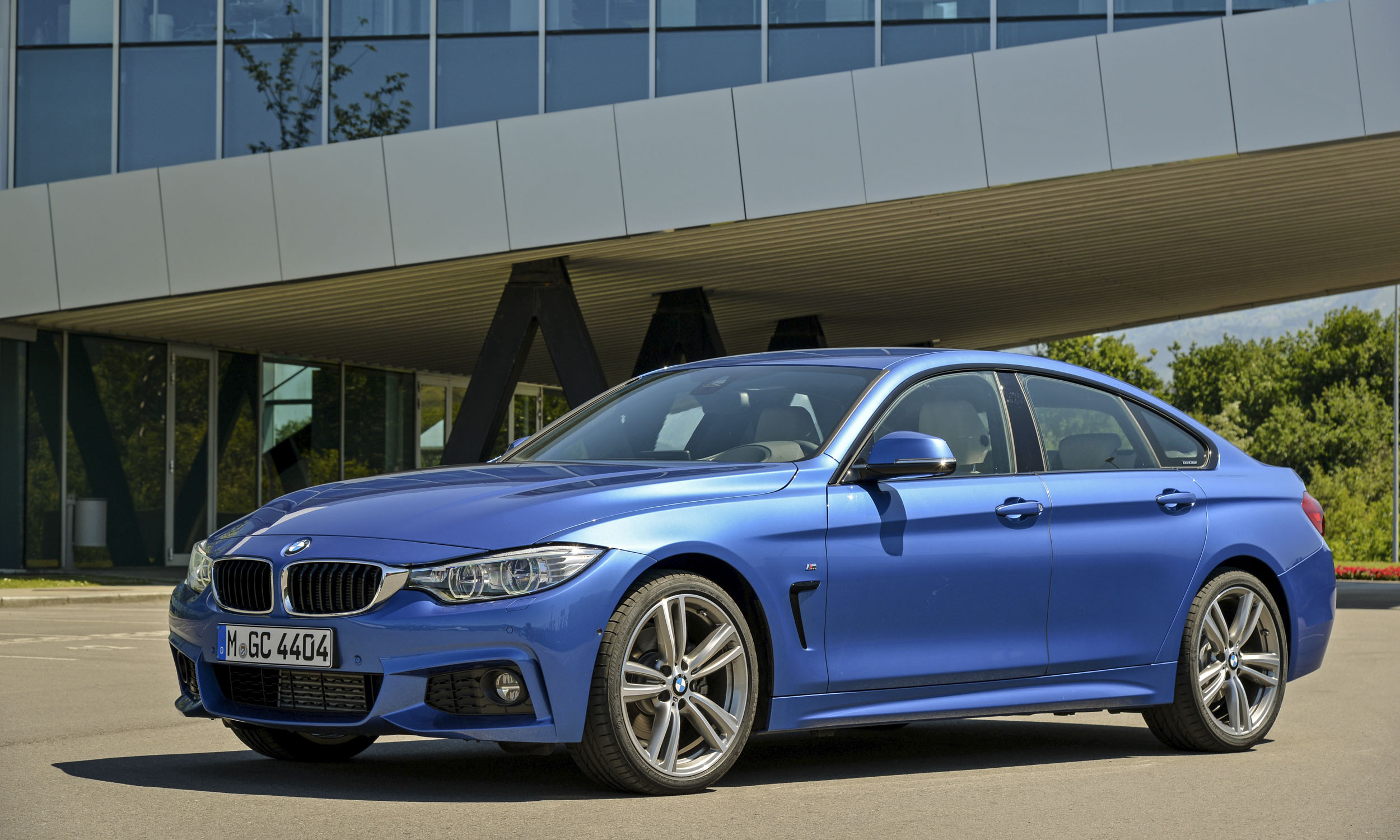 1. BMW 3 Series/4 Series (combined for year-over-year consistency)
Overall rank: #36
YTD Sales: 67,689
Vs. 2014: 19.5%
In 2014 BMW introduced the 4 Series, replacing the 2-door 3 Series models. Now separate models, we combined sales numbers for consistency with previous years. If separated, the 3 Series would be number three on this list, and the 4 Series would come in at number eight. Both 3 Series and 4 Series are available with a variety of engine choices ranging from a 240-horsepower four cylinder to the 425-horsepower engine in the M3/M4.