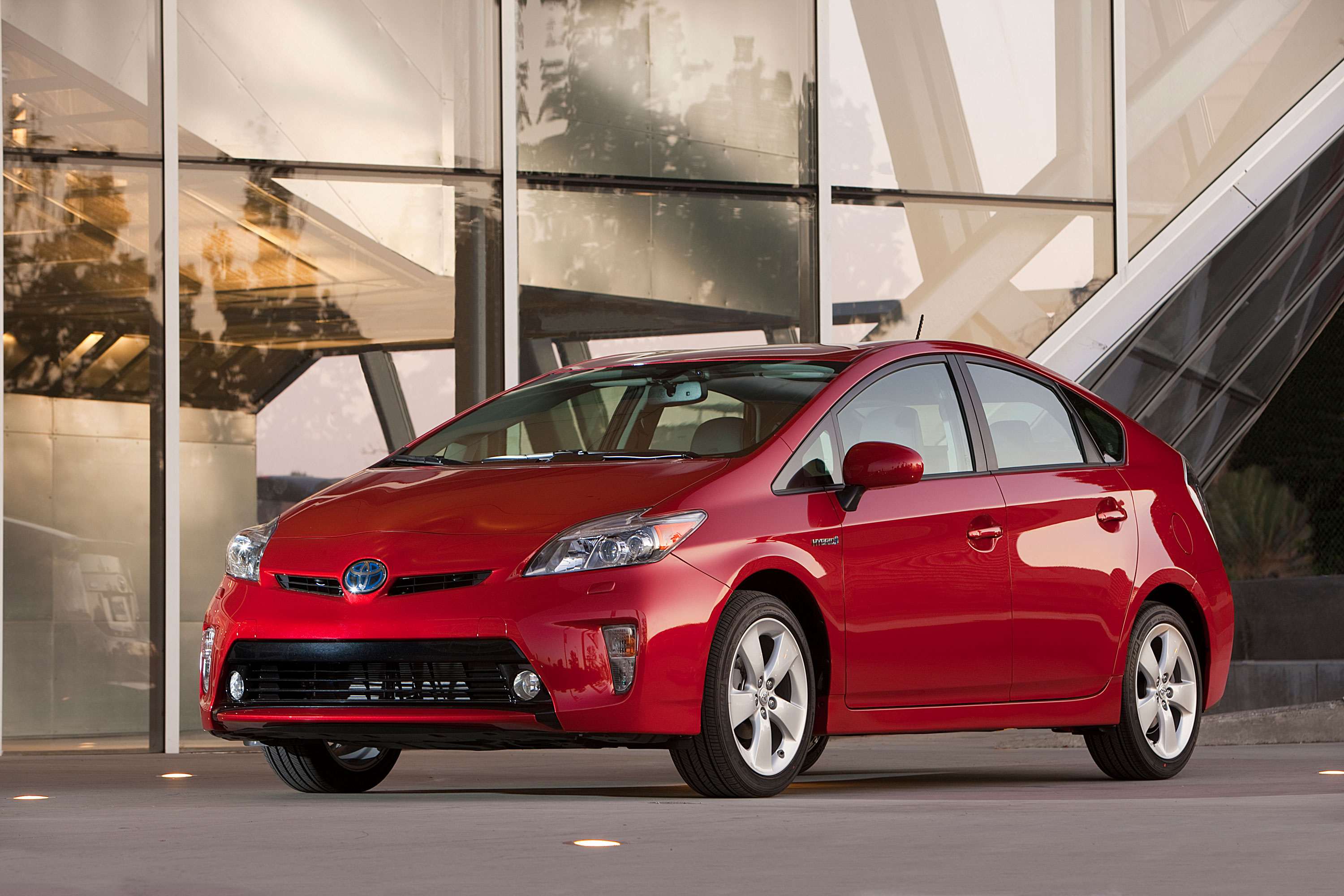 Most Fuel Efficient
Fuel efficiency is one of the most important qualities car shoppers look for when researching new vehicles — almost as important as price. For an ideal mix of efficiency and affordability, we looked back five years to the most fuel-efficient cars of the time. Pure electrics had not yet reached the market, so this list is primarily hybrids and diesels. One caveat — fuel economy listed here is the combined rating as reported by the Environmental Protection Agency when the car was new, so your mileage may vary. All cars listed are 2010 models, and prices listed are “clean retail” values from NADA. 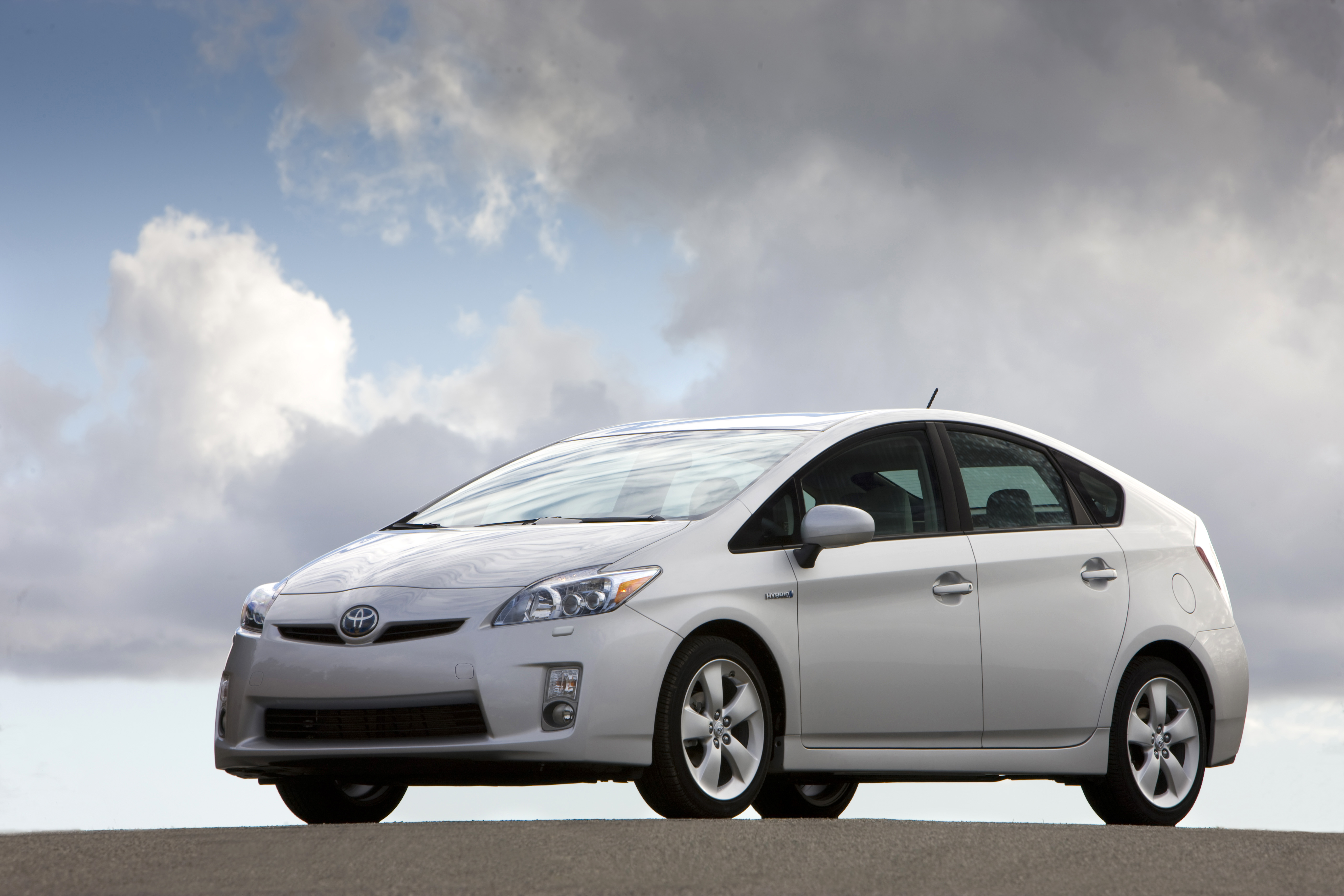 Toyota Prius
Price: $14,750
Combined Fuel Economy: 50 mpg
With no mainstream electric cars on the market in 2010, the Prius continued its reign at the top of the fuel-economy heap. It may not be the most attractive vehicle on the road, but it’s hard to argue with 50 mpg. 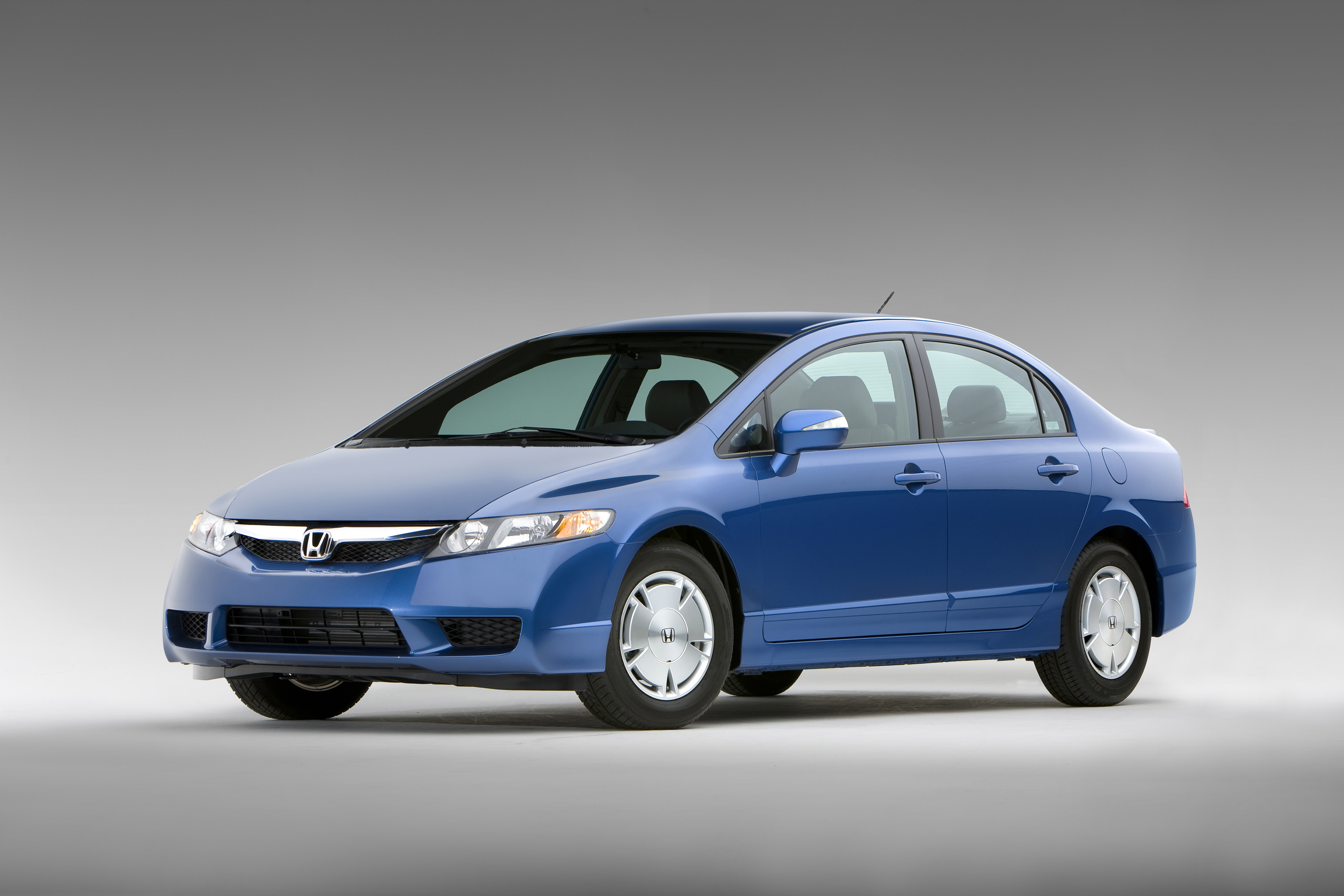 Honda Civic Hybrid
Price: $12,025
Combined Fuel Economy: 42 mpg
The Honda Civic has long been one of the best-selling small cars in America, so it certainly made sense for Honda to build a hybrid version. The Civic is a “mild hybrid,” meaning the car is never operating on electric power alone. 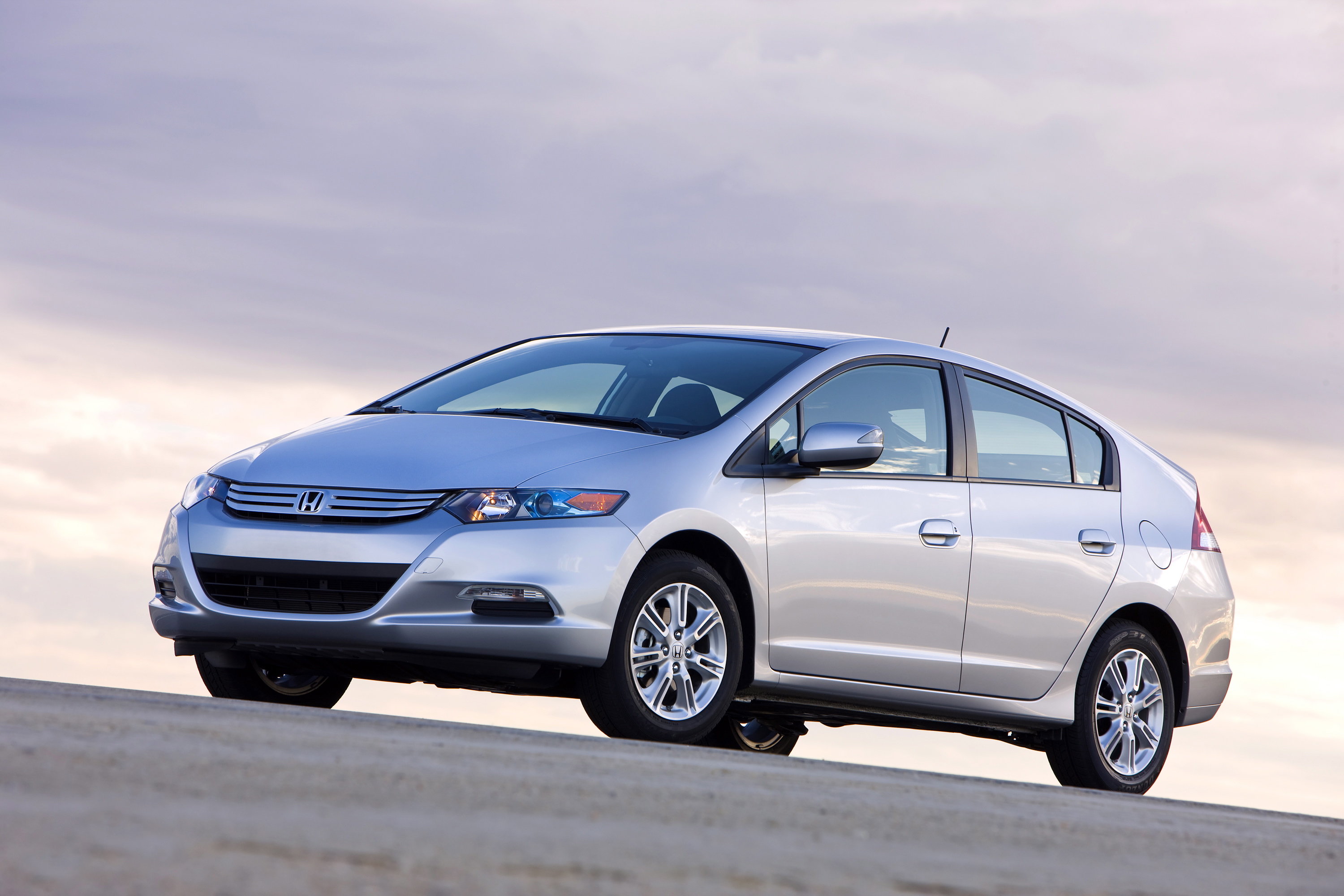 Honda Insight
Price: $10,750
Combined Fuel Economy: 41 mpg
The current version of the Honda Insight was introduced for 2010, wearing the same name as Honda’s first hybrid on the market. It may not have a lot of power, but with an expected price around $11,000 and fuel economy over 40 mpg, it’s one of the best values on this list. 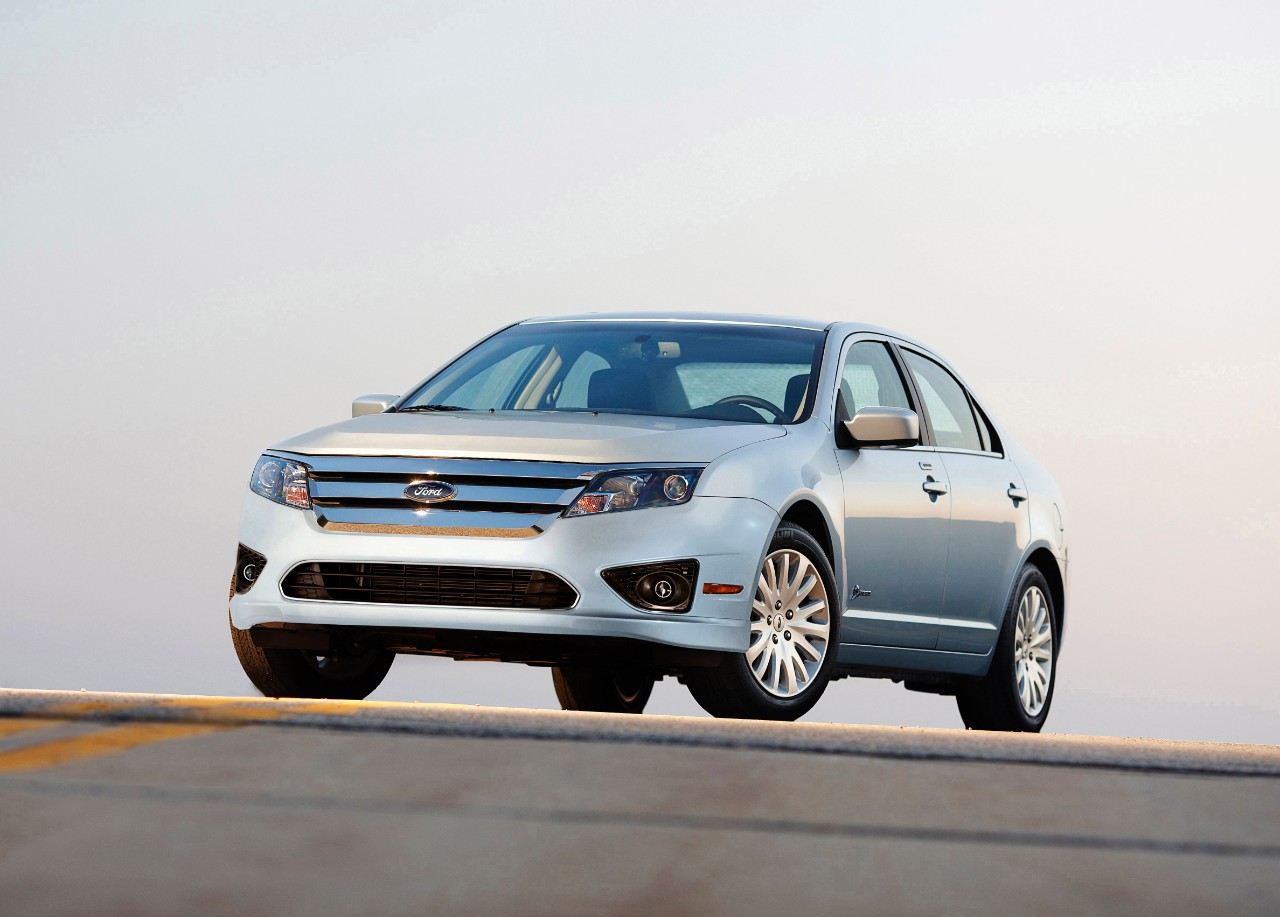 Ford Fusion Hybrid
Price: $14,425
Combined Fuel Economy: 39 mpg
Ford redesigned the midsize Fusion for 2010, and as part of that change introduced the Fusion Hybrid. With room for the entire family, the Fusion Hybrid offers comfort and great drivability in a very fuel-efficient package.

Mercury Milan Hybrid
Price: $13,850
Combined Fuel Economy: 39 mpg
While the Milan Hybrid was practically a twin of the Fusion Hybrid, it offered materials and features that were a slight step up from the Ford sibling. With the demise of the Mercury brand following the 2011 model year, the Milan didn’t hold its value as well as the Ford, making it a great deal. 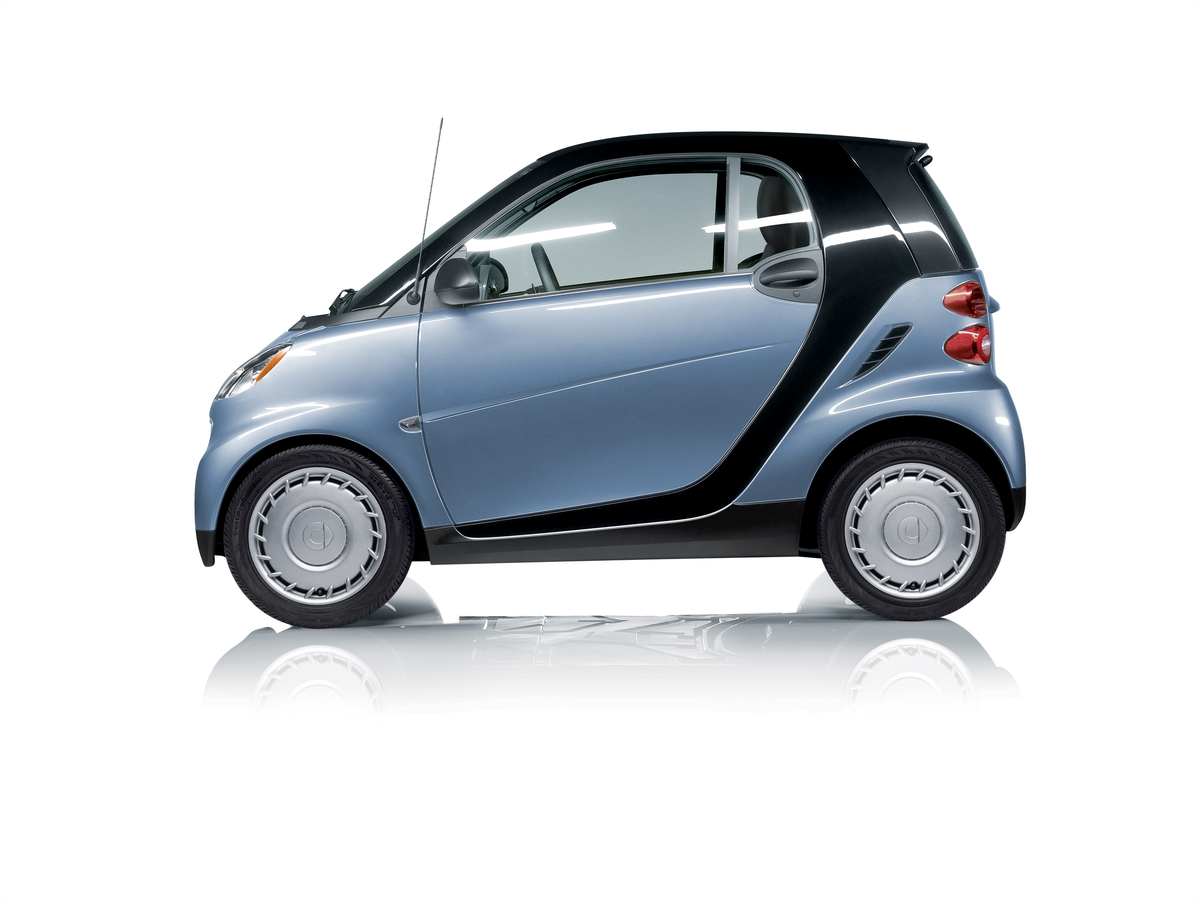 smart fortwo
Price: $7,075
Combined Fuel Economy: 36 mpg
In the category of “you get what you pay for,” the smart is not only half the price of many of these entries, it is also half the car. The cozy coupe has an average rating of 36 mpg, which seems underwhelming for such a diminutive vehicle. 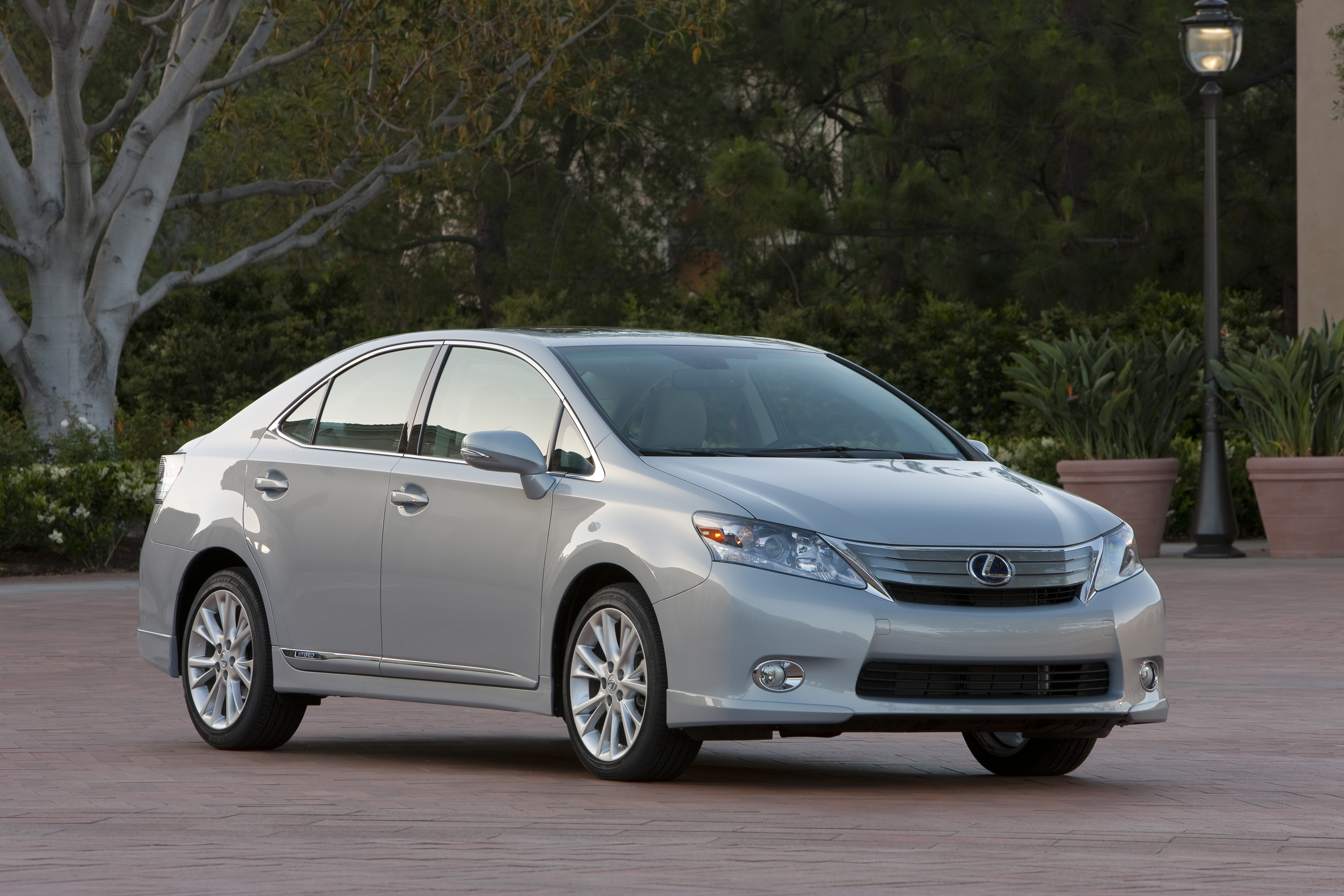 Lexus HS 250h
Price: $18,625
Combined Fuel Economy: 35 mpg
When the HS 250h was introduced for 2010 it was the first hybrid-only luxury vehicle. The HS came standard with leather-trimmed power seats as well as a premium 10-speaker audio system. This hybrid sedan only lasted three years — it was replaced by a hybrid version of the Lexus ES. 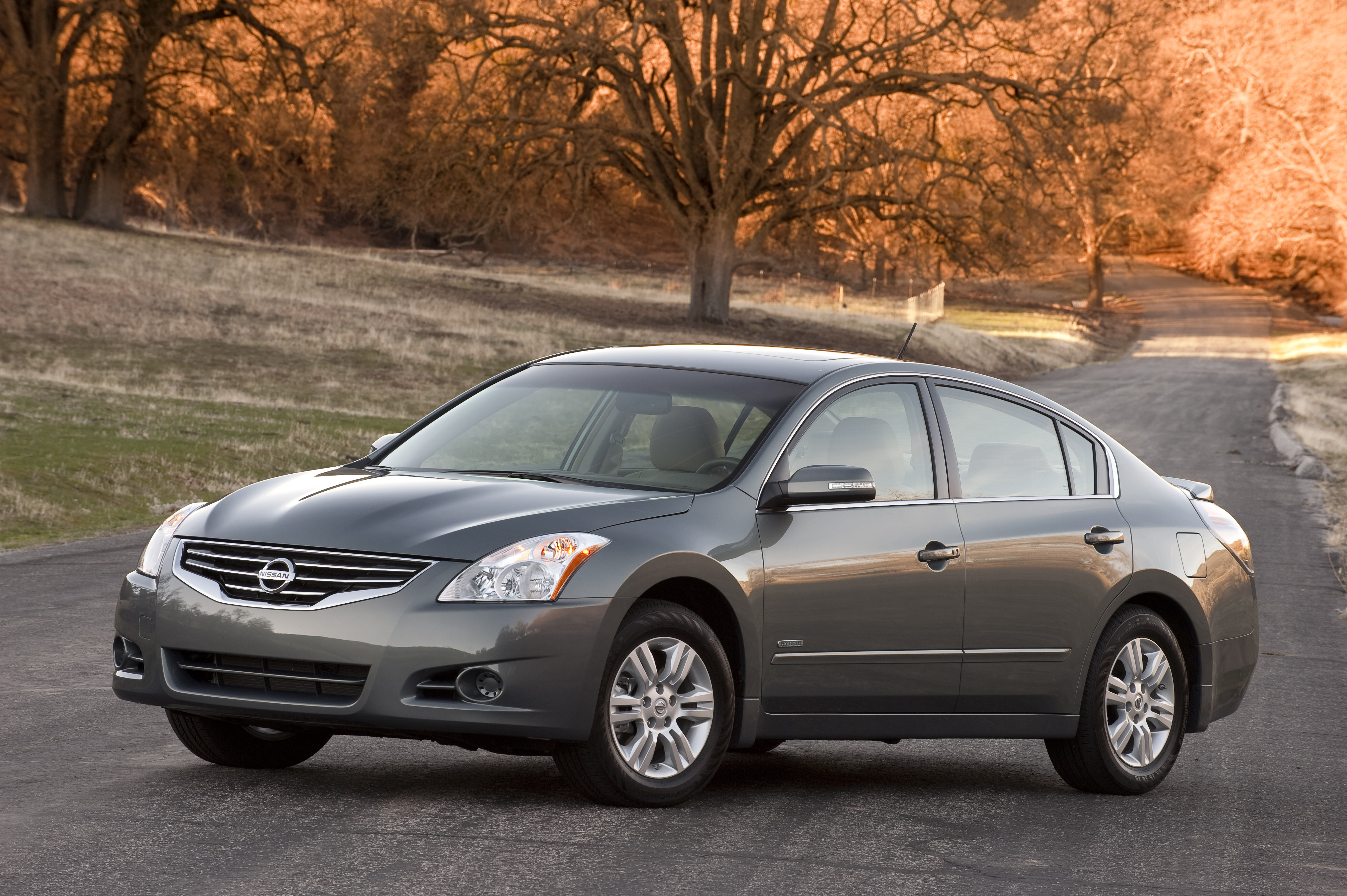 Nissan Altima Hybrid
Price: $13,075
Combined Fuel Economy: 34 mpg
The Altima Hybrid was refreshed for 2010 and was one of the most muscular hybrids on the market that year. With a larger 2.5-liter engine combined with an electric motor, the Altima Hybrid boasts almost 200 horsepower. 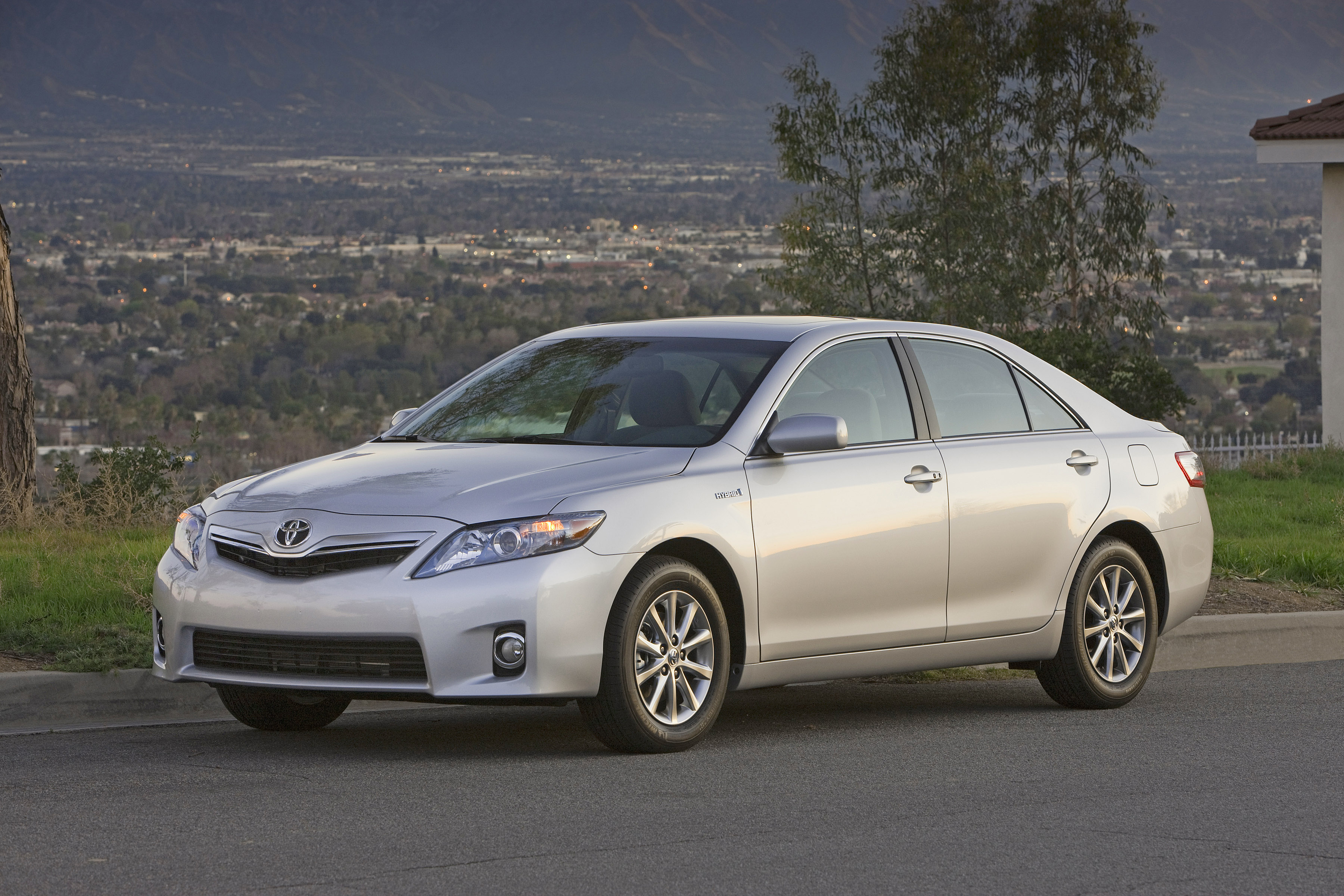 Toyota Camry Hybrid
Price: $16,375
Combined Fuel Economy: 34 mpg
It’s hard to go wrong with a Toyota, given the automaker’s reputation for reliable, comfortable transportation, but the Camry’s ubiquity eliminates any driver individuality. That said, with a price about $10,000 less than a new version, the 2010 Camry Hybrid is certainly a good value. 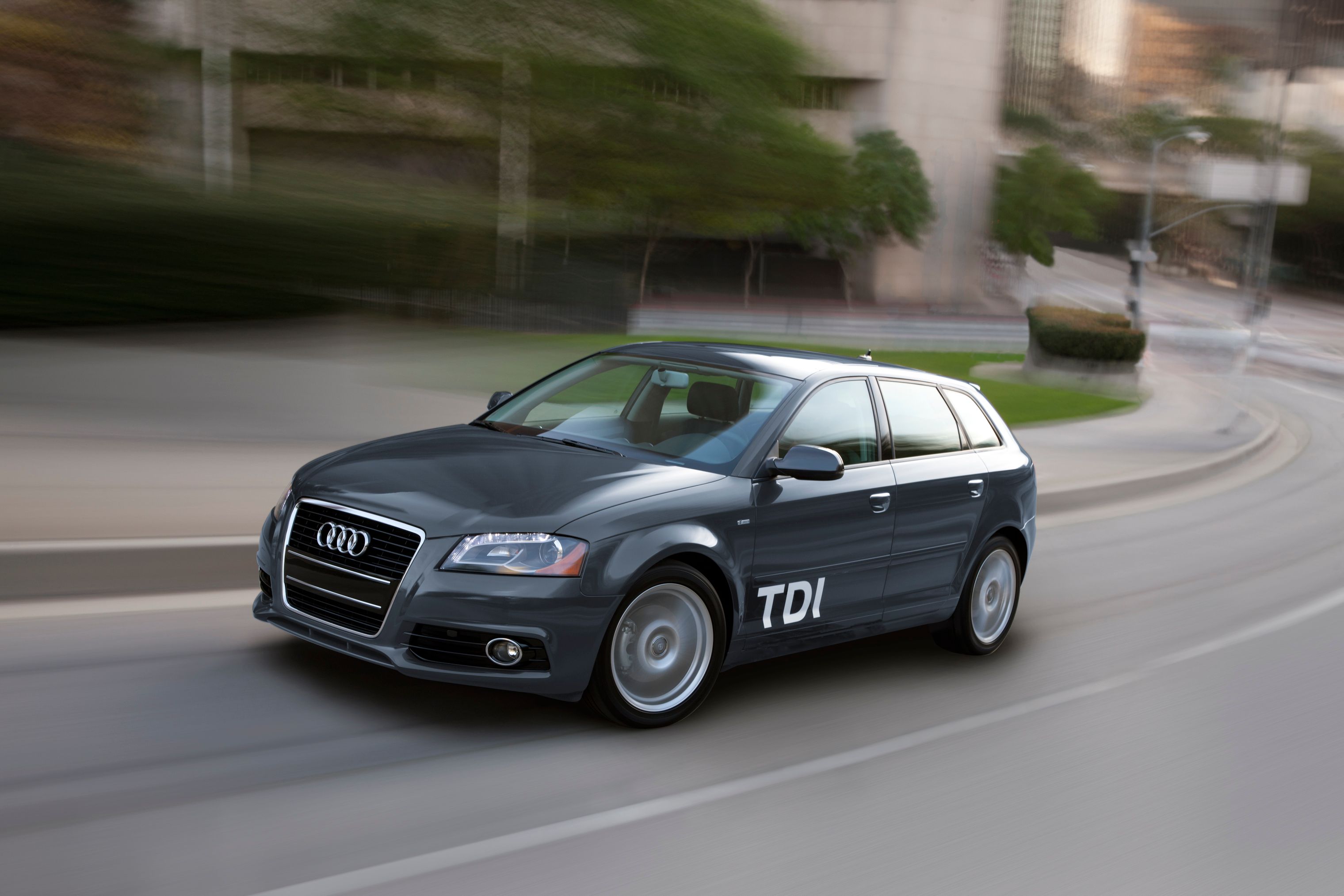 Audi A3 TDI
Price: $18,175
Combined Fuel Economy: 34 mpg
Hybrids attain great fuel economy, but by and large they are not known for their spirited driving experience. The Audi A3 TDI changes this notion. The 2010 A3 was the first diesel version offered in the States, and although it is pricier than other choices on this list, you get an attractive package that you’ll enjoy driving. 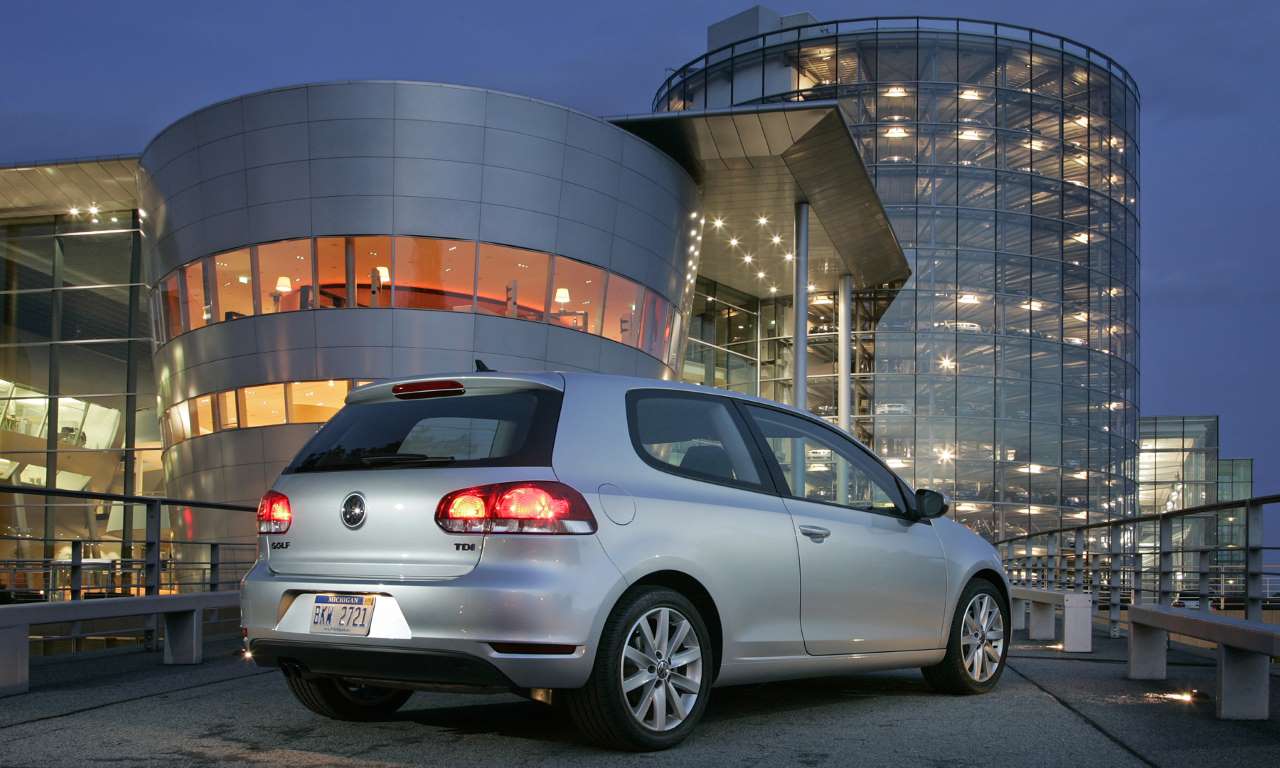 Volkswagen Golf TDI
Price: $14,200
Combined Fuel Economy: 34 mpg
As the most affordable diesel on this list, the Golf is certainly worth consideration. The small German car can get as high as 42 mpg on the highway, and it is much more entertaining to drive than most hybrids. The Golf was refreshed for 2010 so nobody will know that your car is five years old. 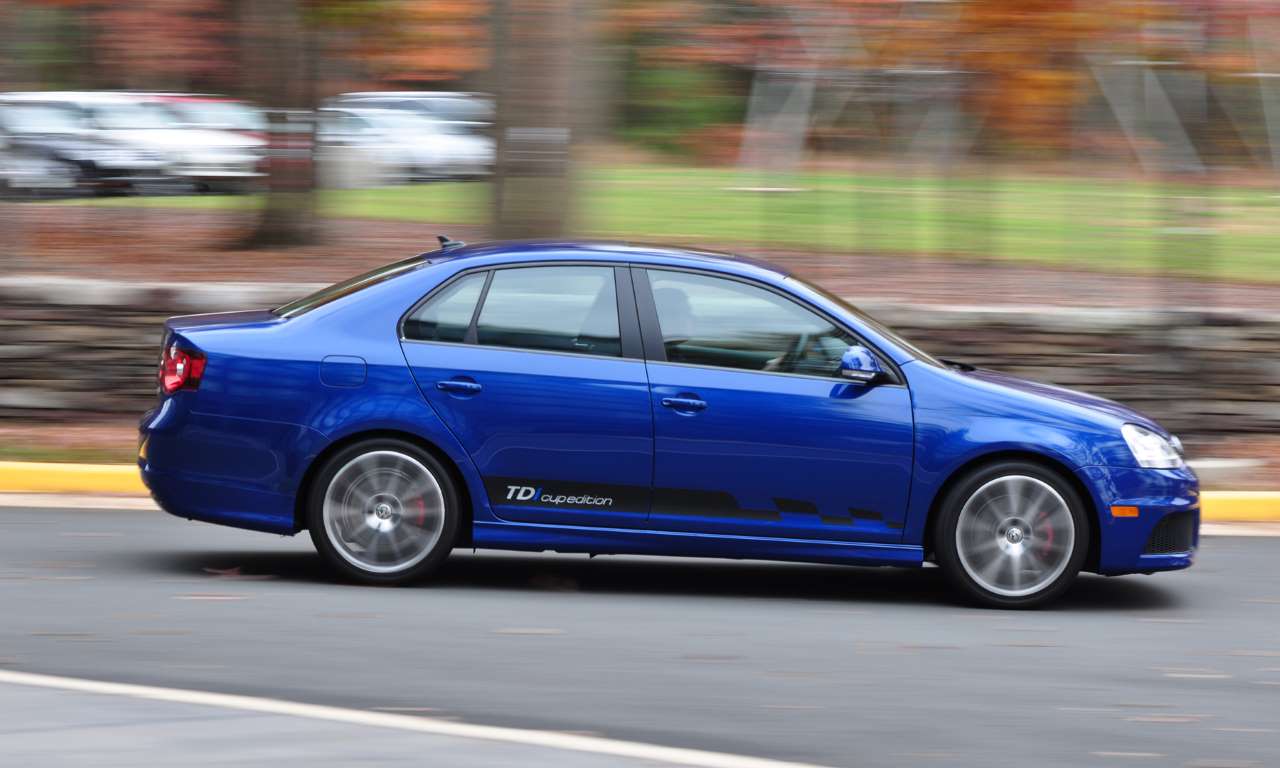 Volkswagen Jetta TDI
Price: $14,950
Combined Fuel Economy: 34 mpg
If the Volkswagen Golf is appealing but not large enough for your needs, the Jetta may be the solution. The interior was refreshed for 2010 and feels like an upscale European sedan. As with the other German diesels, the Jetta TDI won’t disappoint on the road, and with a range of almost 600 miles between fill-ups, you’d get plenty of time on the road. 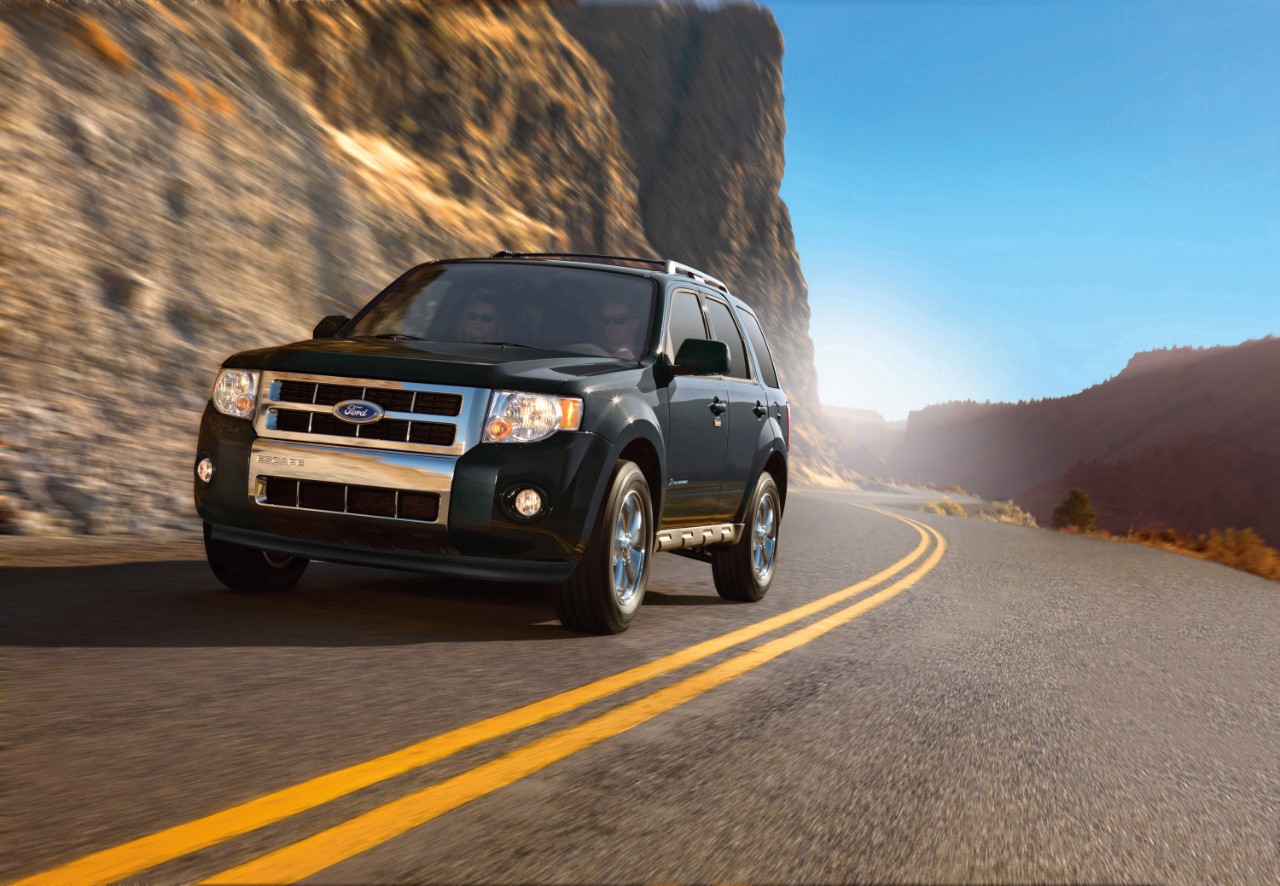 Ford Escape Hybrid (2WD)
Price: $17,625
Combined Fuel Economy: 32 mpg
As the most fuel-efficient SUV on the road in 2010 (with the exception of its two siblings in the following slides), the Escape Hybrid offered great utility as well as impressive fuel economy. The newest Escape design is quite a departure from this five-year-old version, and the hybrid is no longer an option.

Mazda Tribute Hybrid
Price: Not Available
Combined Fuel Economy: 32 mpg
While the Tribute was built by Ford as a twin to the Escape, it remains the only production hybrid vehicle to be sold in the U.S. with a Mazda badge. This may be a hard one to find — sales were very limited and primarily in California.

Mercury Mariner Hybrid (2WD)
Price: $15,775
Combined Fuel Economy: 32 mpg
There’s nothing like the demise of a car brand to drop the price on a used car. The Mariner Hybrid is a twin to the Ford Escape Hybrid. Despite its upscale styling and upgraded materials, it’s valued a few thousand dollars less than the Escape. 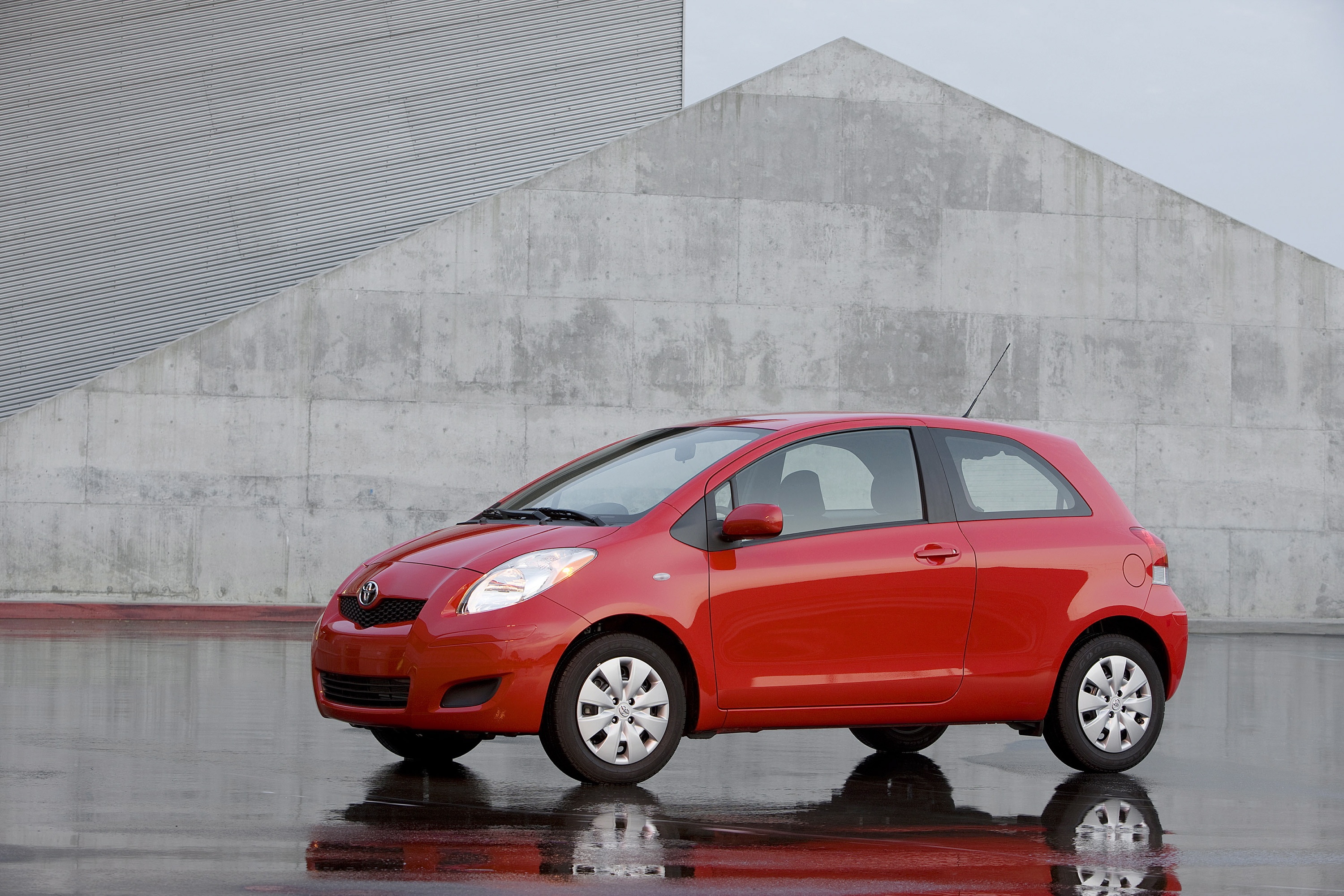 Toyota Yaris
Price: $8,825
Combined Fuel Economy: 32
The Yaris is a great combination of low price and high fuel economy — as a new car or as one five years old. In fact, a new Yaris is only $6,000 more than a five-year-old version. The 2010 Yaris is noteworthy in that Toyota added standard vehicle stability control and traction control that year — unusual for the subcompact car segment. 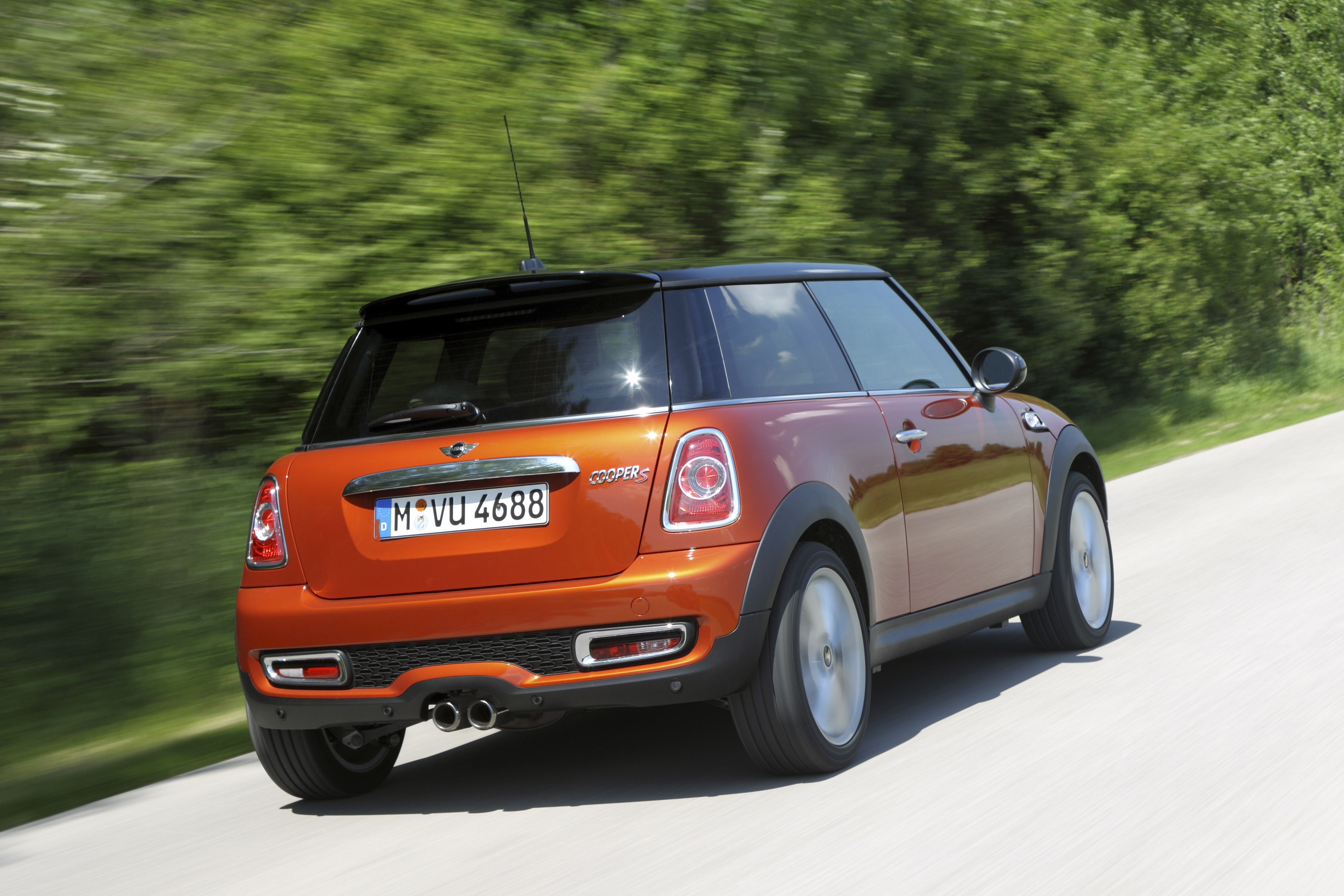 MINI Cooper
Price: $11,125
Combined Fuel Economy: 32 mpg
Without question the MINI Cooper is one of the most fun-to-drive cars on this list. With go-kart-like handling and a surprisingly spacious interior for such a tiny car, the MINI should definitely be on your consideration list of fuel-efficient value-priced cars. 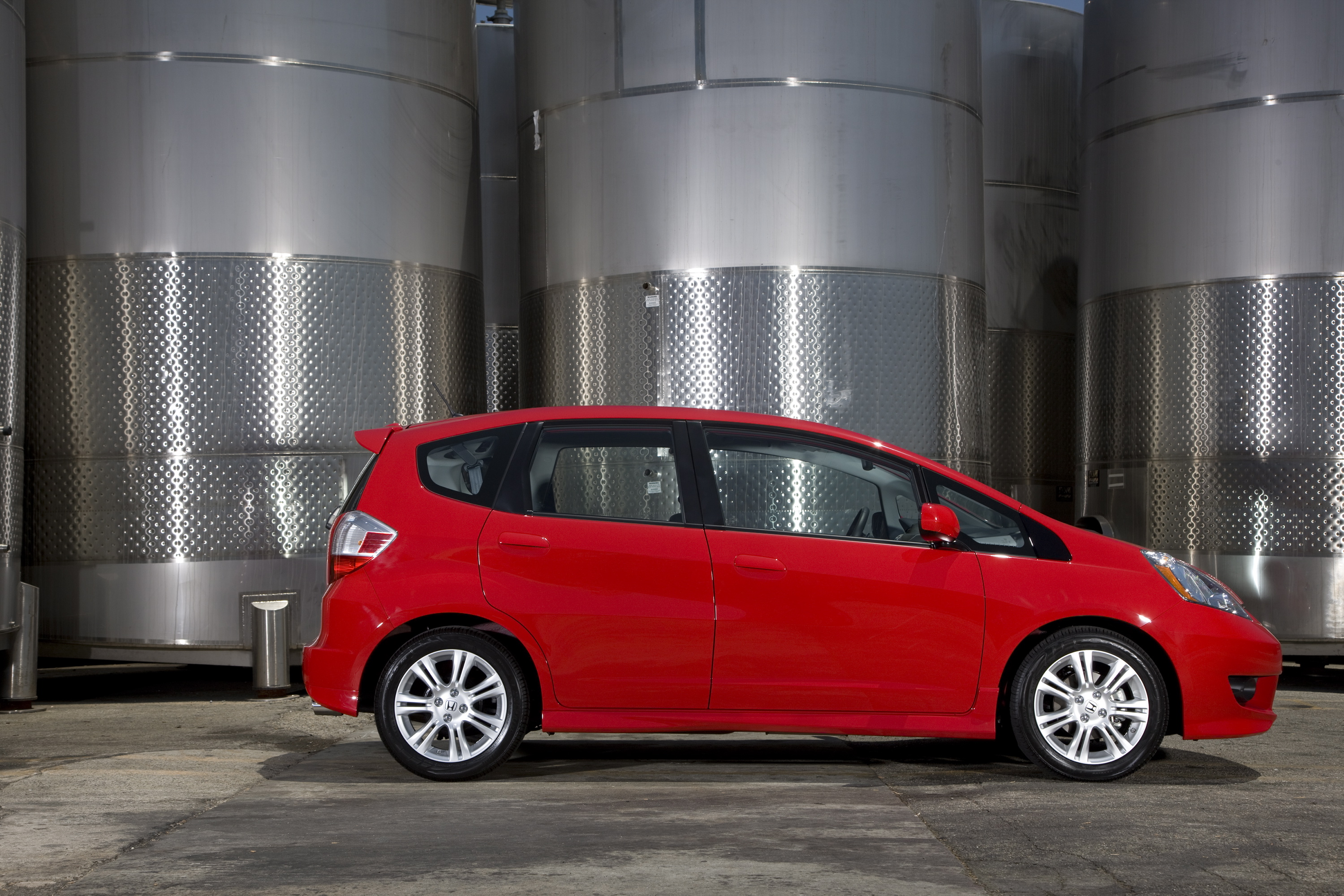 Honda Fit
Price: $11,050
Combined Fuel Economy: 31 mpg
It’s hard to believe that no other car company has figured out how to make a vehicle as versatile as the Honda Fit. The Fit’s utilitarian edge comes from what Honda calls the second-row “Magic Seat,” which can be folded flat for a large cargo area, or the seat bottoms can be folded up to carry tall items. Who needs an SUV? 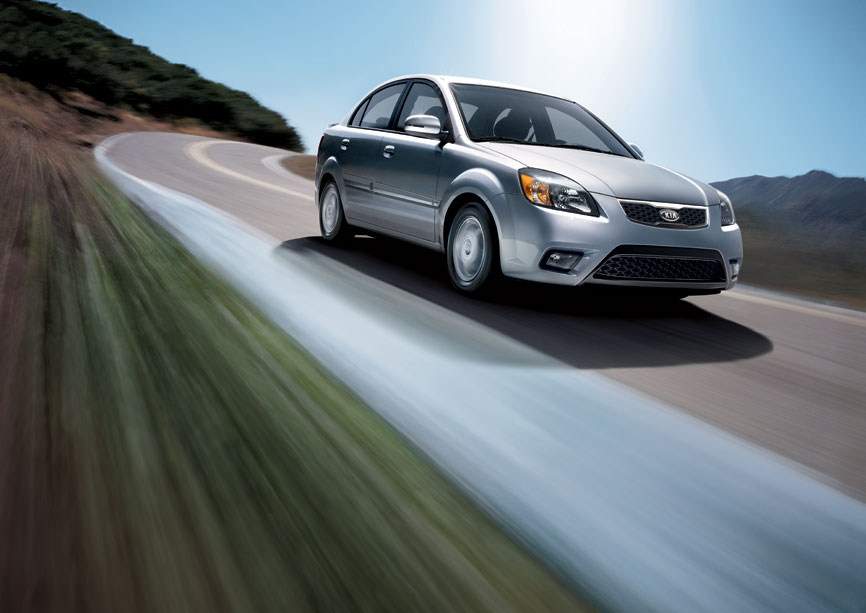 Kia Rio
Price: $6,050
Combined Fuel Economy: 31 mpg
One of the least expensive fuel-efficient vehicles, the Rio offers reliable transportation in a small but useful package. The interior is not as sparse as you might expect, but it is pretty basic — given the price. 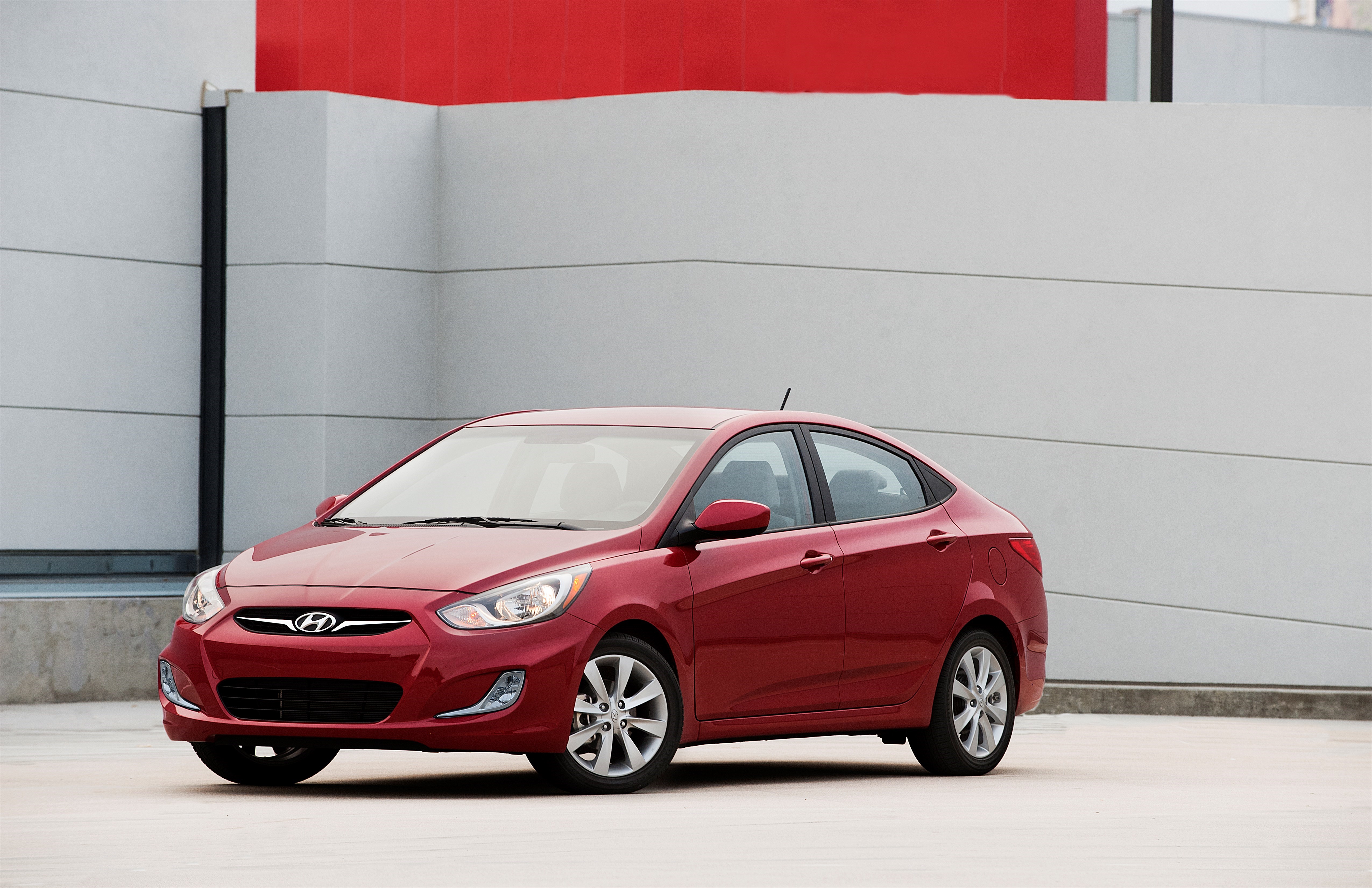 Hyundai Accent
Price: $6,650
Combined Fuel Economy: 31 mpg
The Accent is the entry point to the Hyundai lineup, and in 2010 it was also the most fuel-efficient Hyundai on the road. Styling and equipment are slightly different, but the Accent and Kia Rio are basically twins. One thing to note: anti-lock brakes were not standard on the Accent or Rio, so don’t assume the car you’re looking at is so equipped.