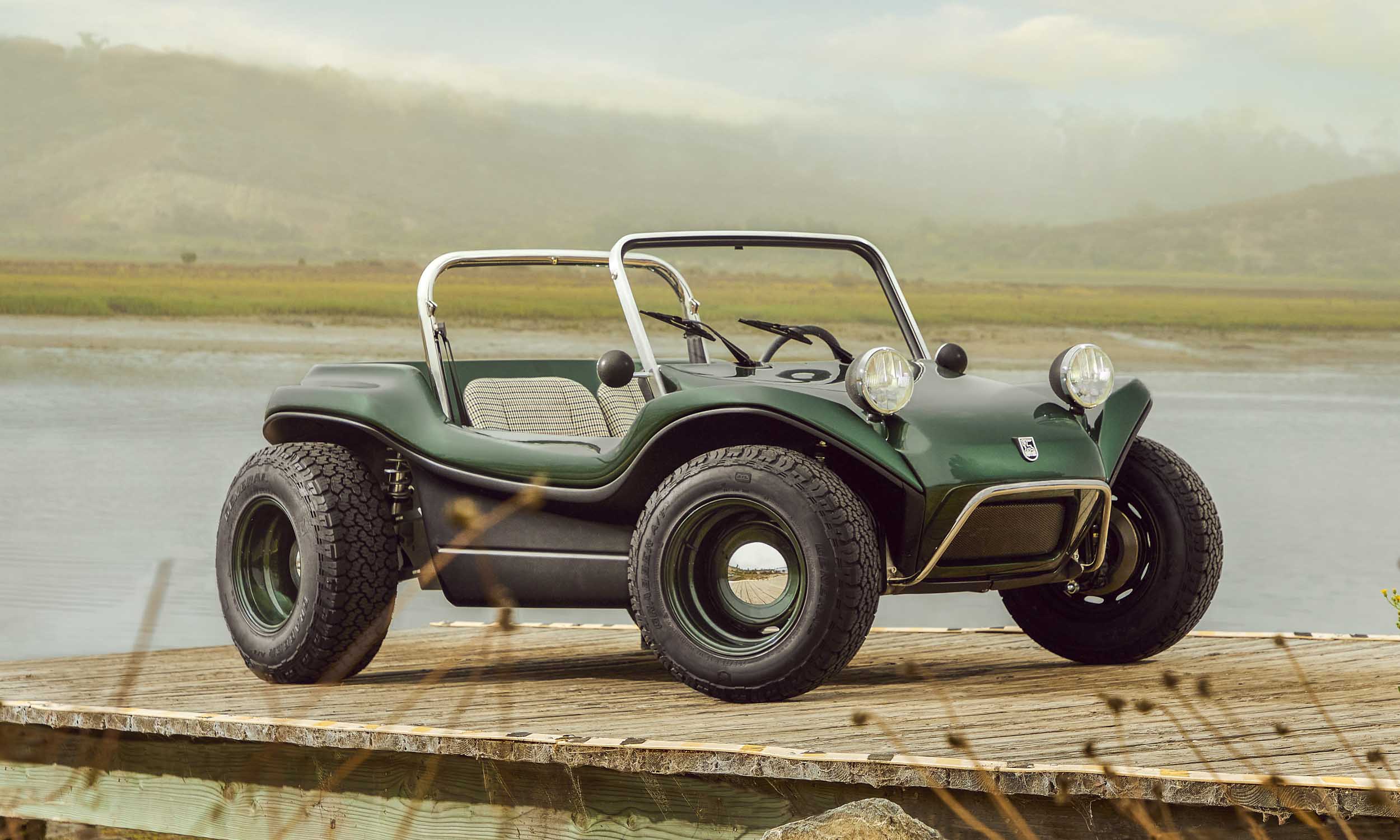 Iconic Dune Buggy, Reimagined
If there were one vehicle guaranteed to evoke a smile it would likely be the Meyers Manx. Created by Bruce Meyers in 1964, this fun and stylish go-anywhere dune buggy rose to fame after breaking speed and time records in Baja off-road racing. Legends such as Elvis and Steve McQueen drove these off-road roadsters, helping secure the Manx as a significant part of 1960s and ‘70s California pop culture. Now the Manx is being reborn based on the same idea as the original, reimagined for the current world as a full-electric dune buggy called the Manx 2.0 Electric. 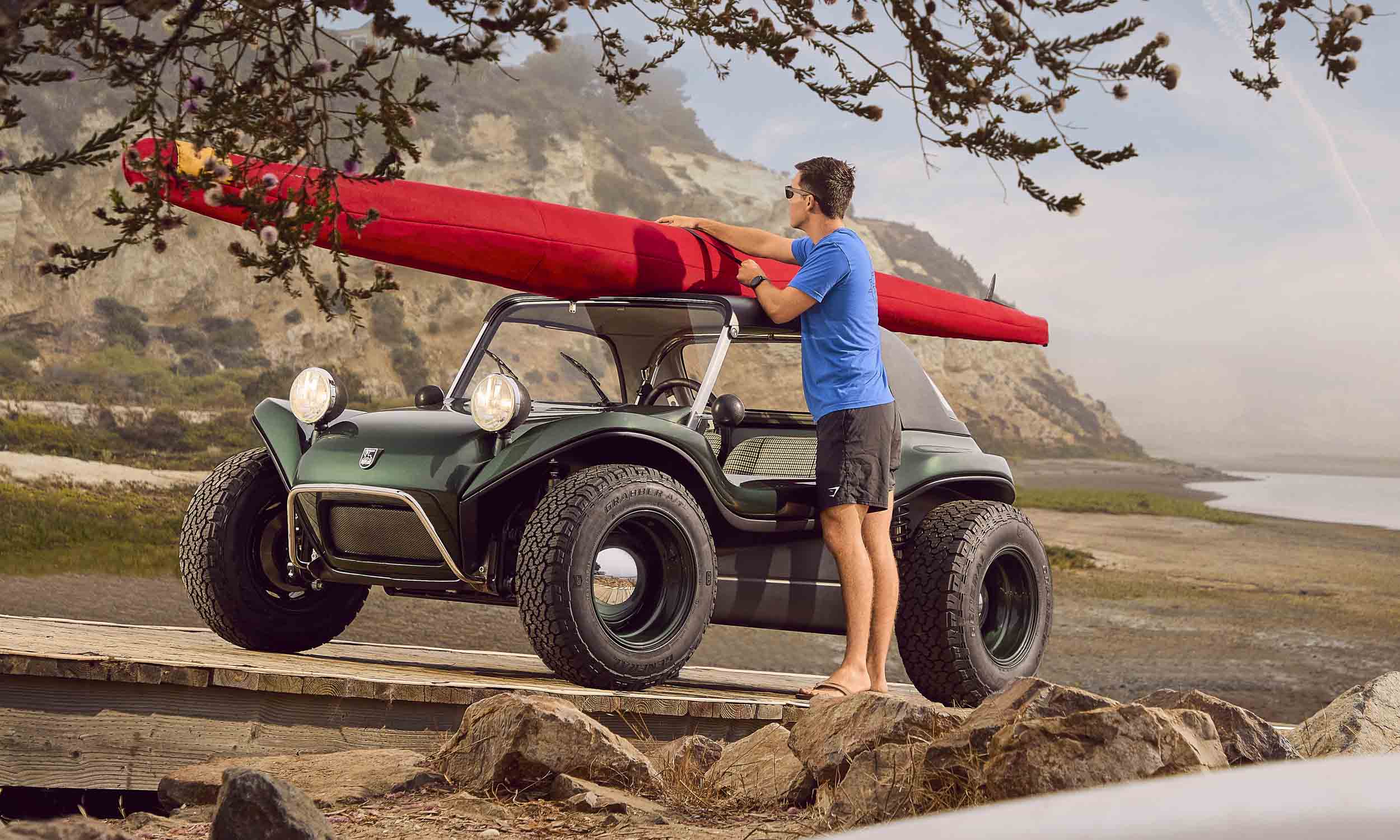 Symbol of Joy
“The Meyers Manx has always been a symbol of joy, simplicity and purity. It’s the solution to the complexity of life,” said Phillip Sarofim, chairman of Meyers Manx. “Continuing the legacy of the Meyers Manx connects us with the optimism of the 1960s California culture, an optimism we all can share,” enthused Sarofim, who purchased the brand from Bruce and Winnie Meyers in 2020, one year before Bruce Meyers passed away. 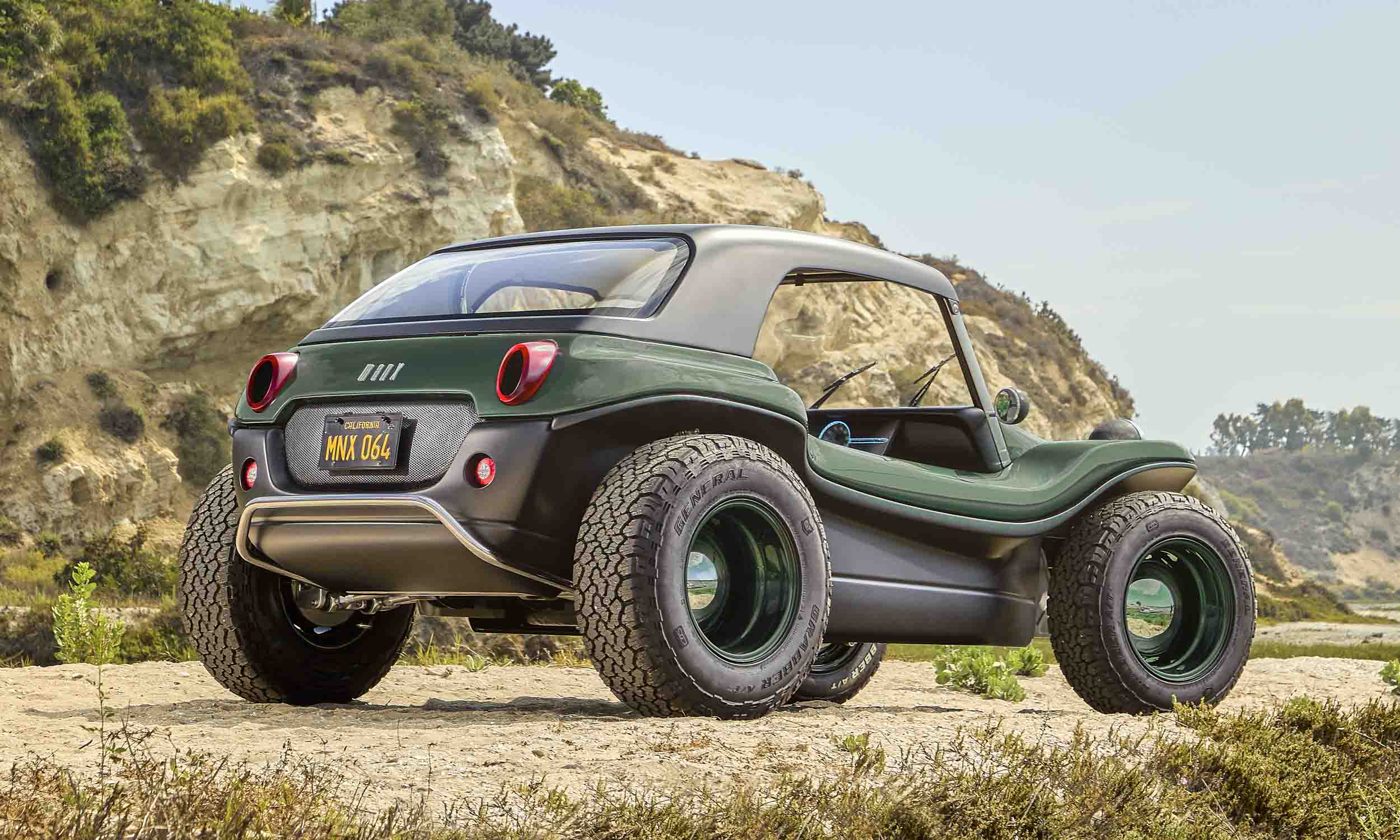 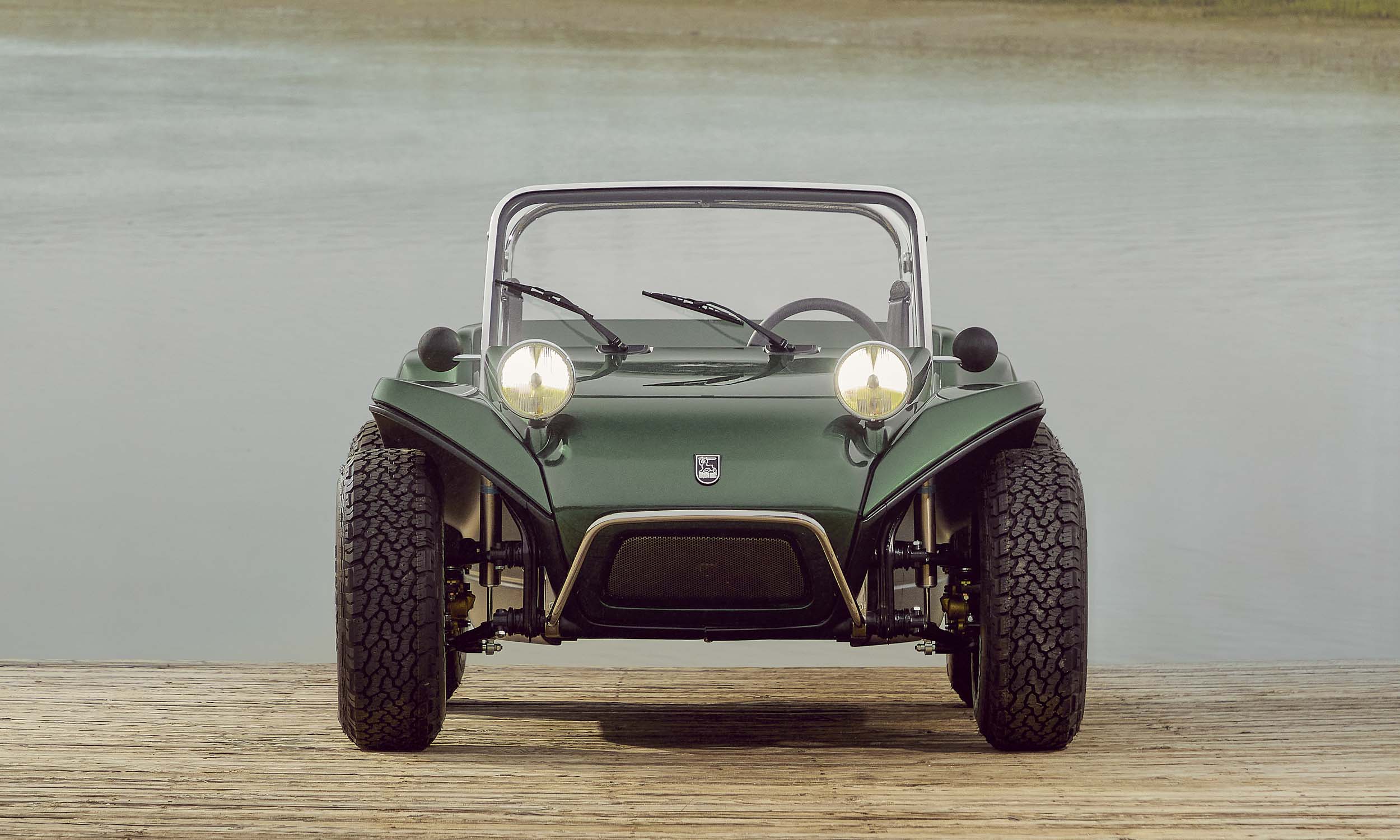 Continuing the Legacy
“Knowing Bruce’s artistry and Phillip’s enthusiasm for the brand, I am so glad that Bruce trusted us to carry his legacy into the future. The new Manx 2.0 Electric is designed to exceed expectations. It’s simple and endearing and taps into the spirit of playfulness. The ageless design brings out your inner child. It’s about passion,” said Thomas. 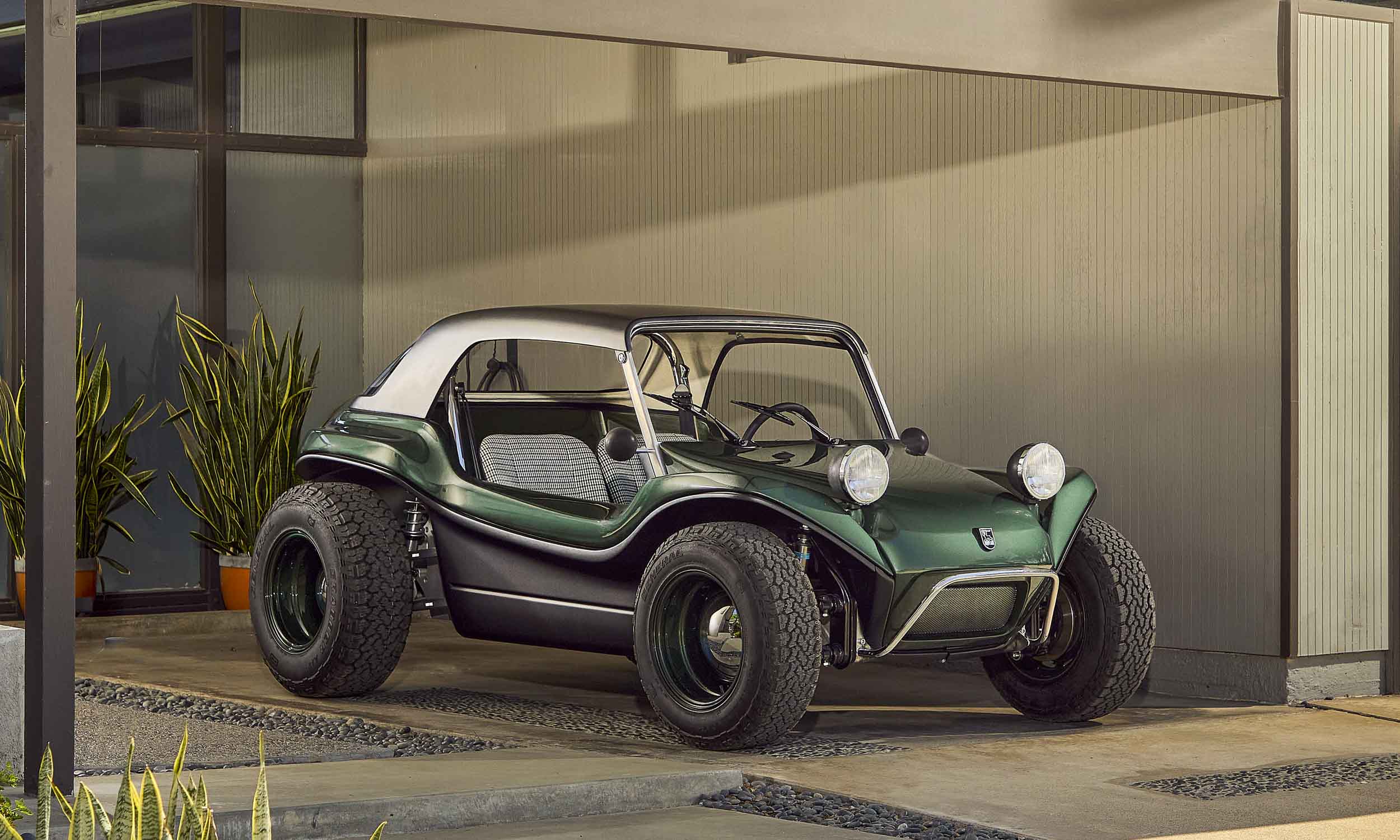 Small and Lightweight
Meyers has released preliminary specs for the Manx 2.0 Electric, and the size is remarkably close to the original buggy. Riding on an 82-inch wheelbase (the original was 80 inches), the new two-seater is 70.3 inches wide and a mere 123.5 inches long — about 30 inches shorter than a MINI Cooper. The new-generation Manx weighs in at 1,500 pounds (1,650 with larger battery) thanks in part to an all-aluminum monocoque. 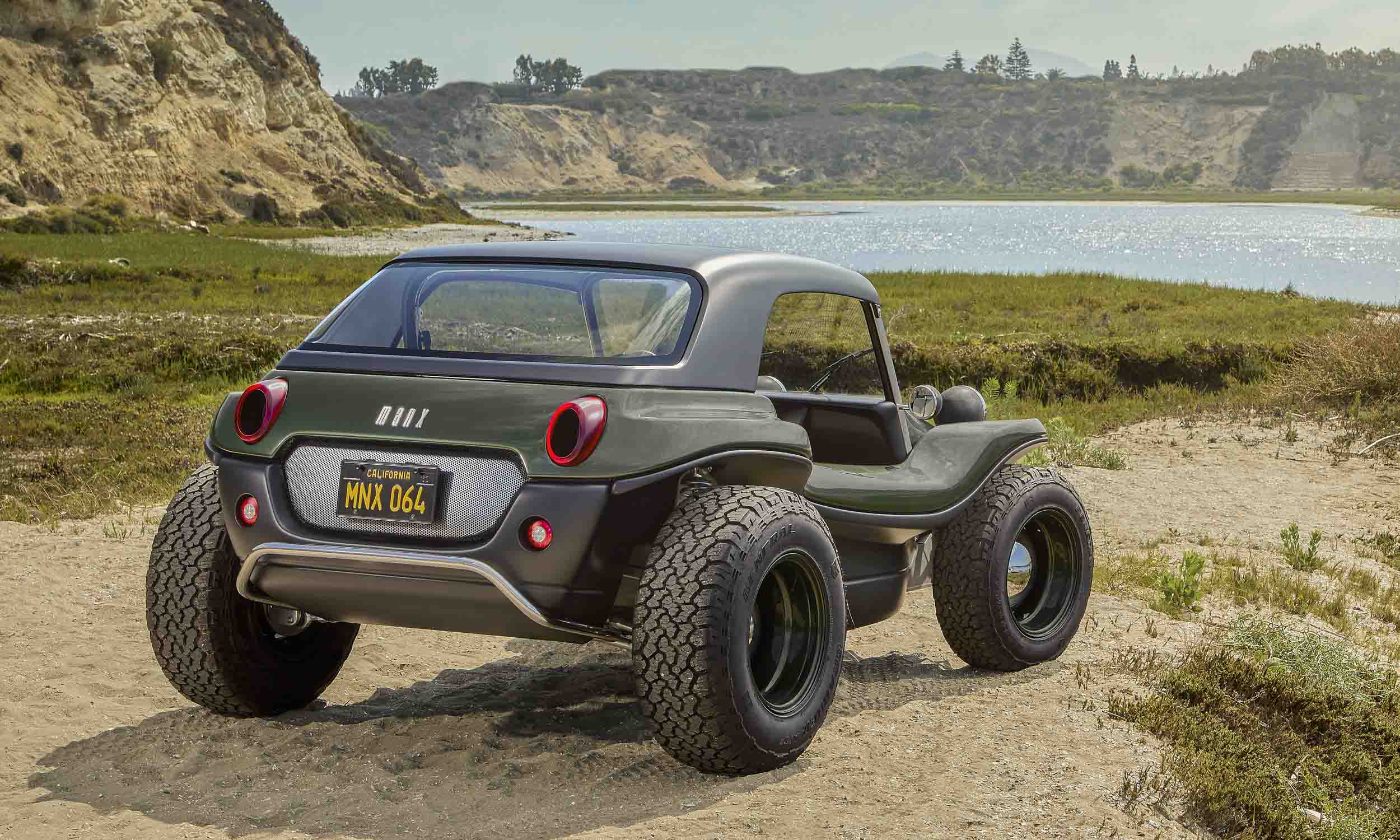 Powertrain
Powering the Manx 2.0 Electric are two motors that provide power independently to each rear wheel — a modern version of the original, which has a rear engine and rear-wheel drive. A single unit houses the motor, inverter, gear train and brakes. Two battery packs will be available: a 20 kWh or 40 kWh; the latter will deliver 202 horsepower and 240 lb-ft of torque with an estimated zero-to-60 mph time of 4.5 seconds. 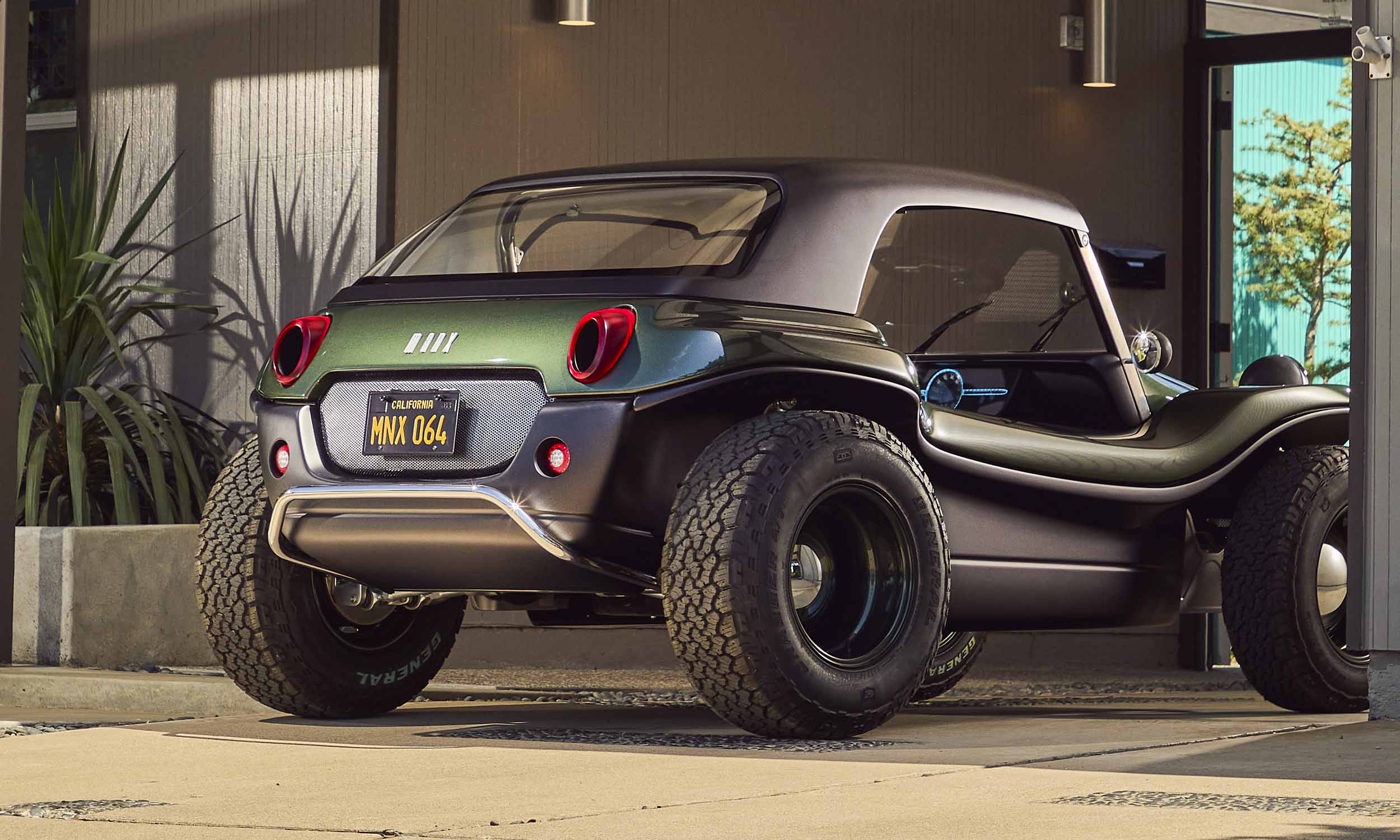 Range and Charging
According to the new company, the Manx 2.0 Electric will have a range of 150 miles with the smaller battery pack, while the larger 40 kWh option doubles the range to 300 miles. The buggy features an onboard 6 kW charging system, or power can be delivered at up to 60 kW via a DC fast charger. 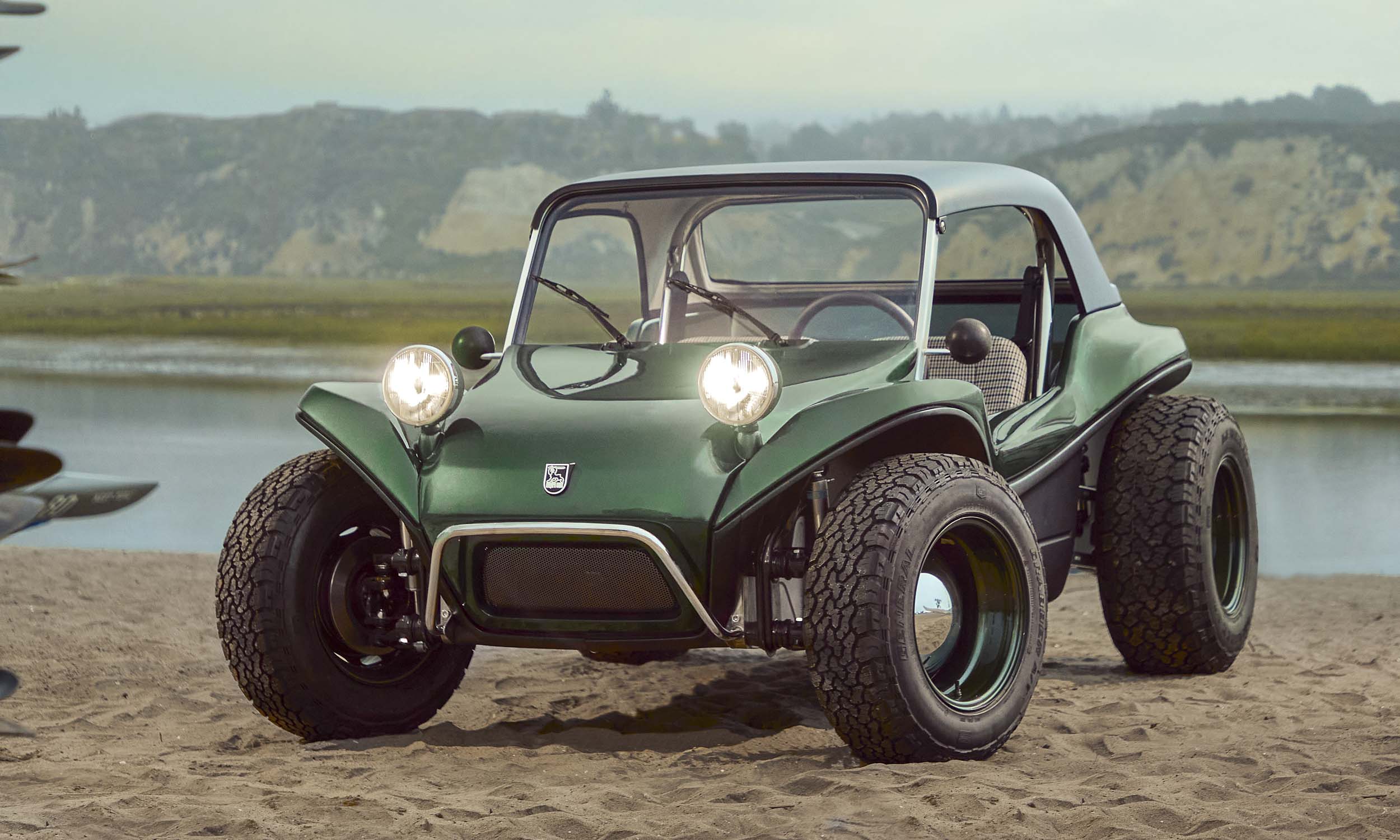 Wheels and Tires
The Manx 2.0 Electric features classic chrome wheels fitted with all-terrain tires that complement the dune-buggy styling. Front and rear disc brakes are standard and include rear-wheel regenerative braking. Electric-assist steering and an electric e-brake will also be standard. 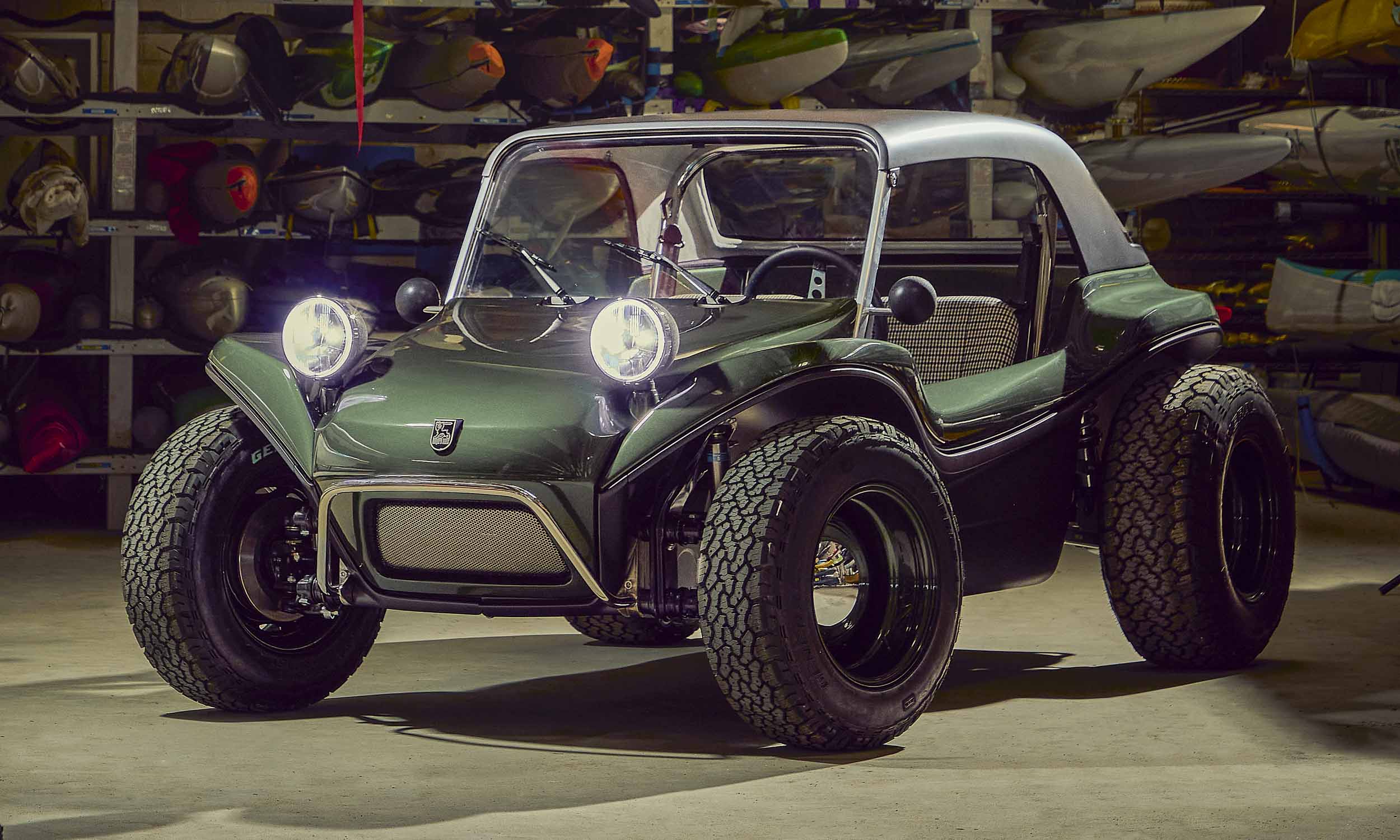 Production Plan
Meyers will run a Manx Beta program, with plans to deliver the first 50 units to select customers next year. These customers will provide feedback based on their experiences with the vehicle so the engineering team can fine tune the final product. Regular production will take place in California, with deliveries expected to take place in 2024. Pricing has not yet been released. Watch for figures closer to the on-sale date.