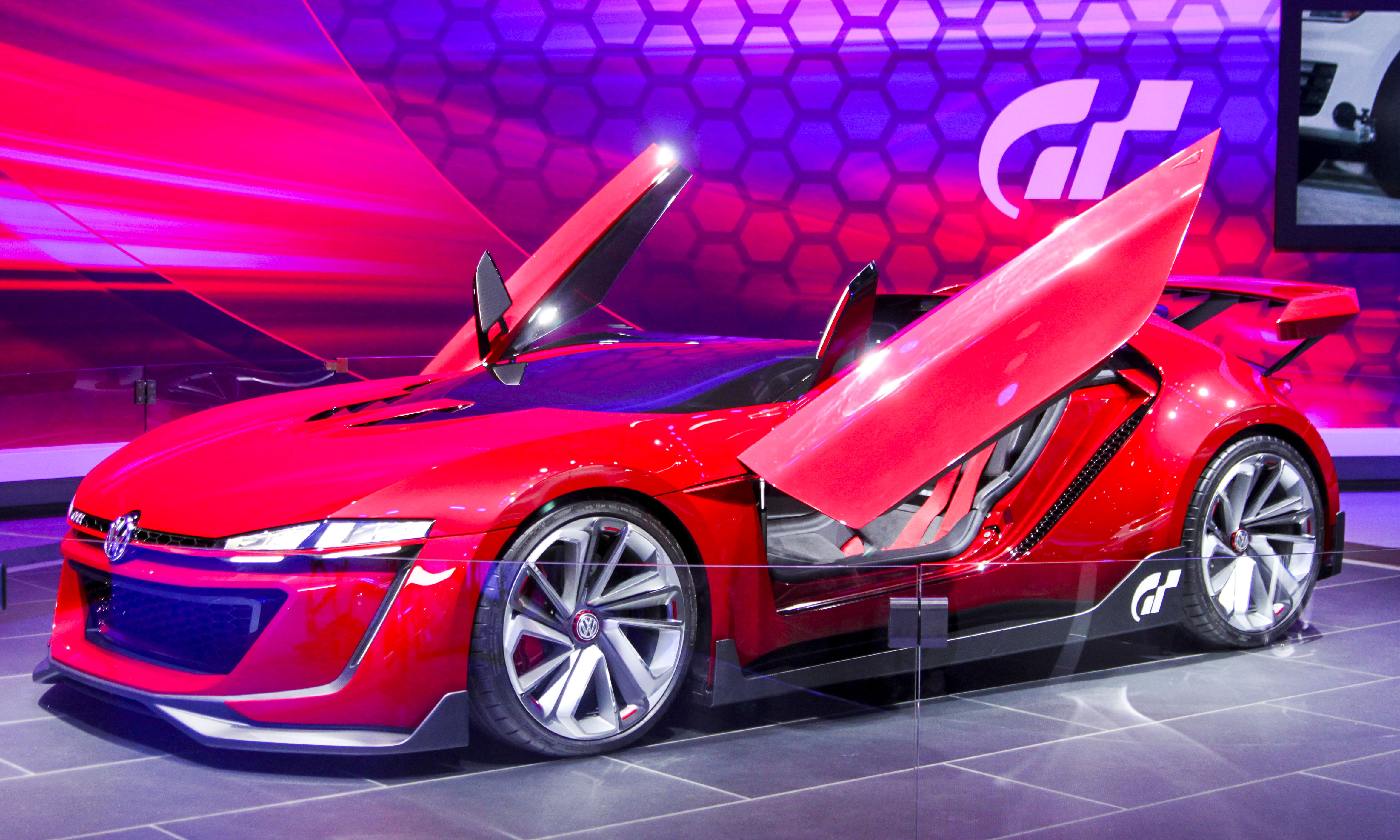 Cool Concepts
Running the gamut from the most extreme machines that push the limits of technology and imagination to near-production design studies that will be in showrooms soon, concepts cars always demand — and receive — lots of attention at auto shows. The 2014 Los Angeles Auto Show was no exception, where a broad spectrum of exciting concepts were the focus of many tweets, posts and selfies on social media. Let’s look at the concepts that captured the most attention at the Los Angeles show. 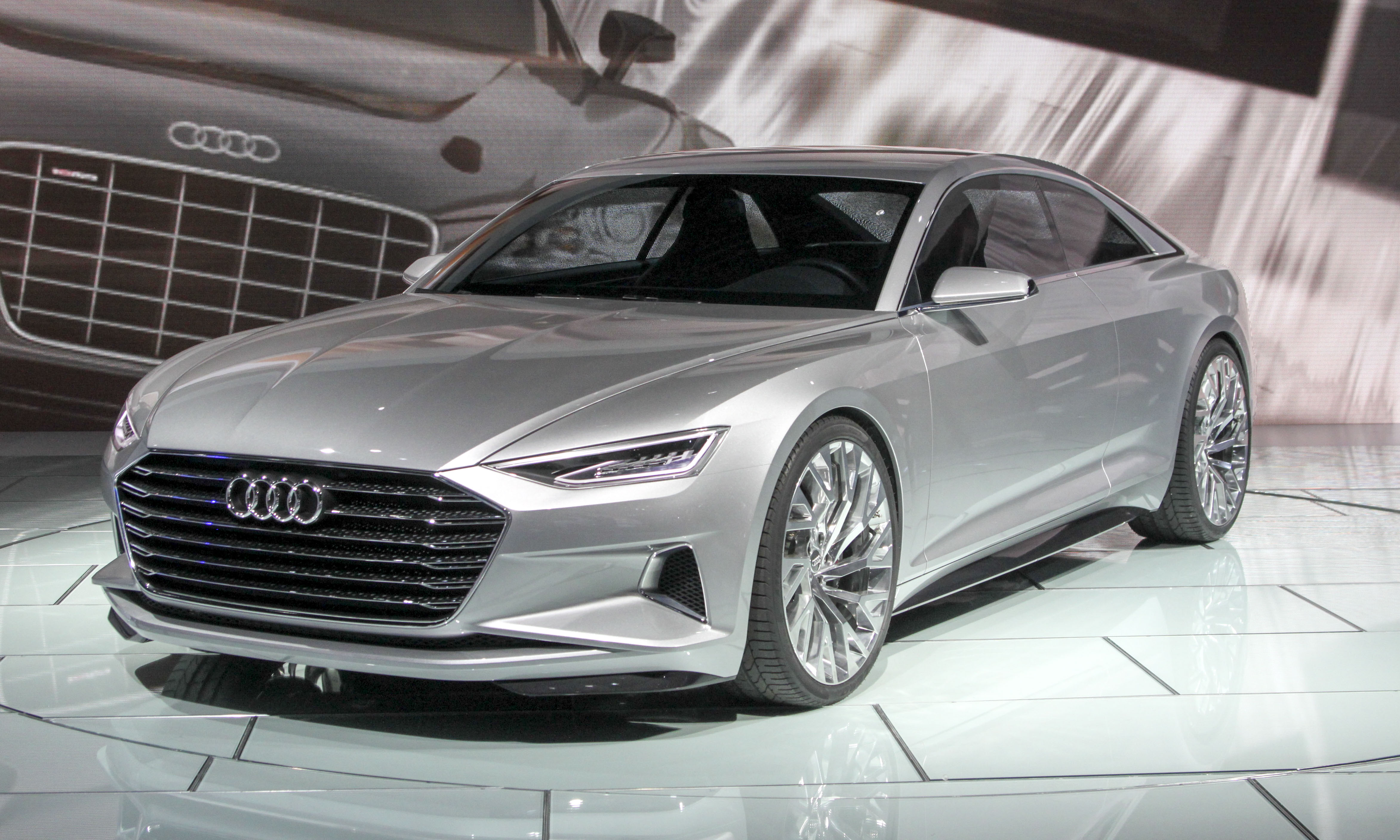 Audi Prologue concept car
This new design study is a large, luxury coupe that not only shows Audi’s interest in a new market segment, but also a new design direction for the brand. The first concept under the direction of Audi’s new design chief Marc Lichte, the prologue is intended to showcase innovative approaches in both exterior and interior design. Lichte describes the Audi prologue as expressing the key Audi attributes of sportiness, lightweight design and quattro permanent all-wheel drive.
Inside the Audi prologue, the new design moves all displays and controls into the interior surfaces. The entire front of the instrument panel is an interactive surface that contains three touch displays for both the driver and front-seat passenger. There are no buttons or switches, with all vehicle functions controlled through touch displays. 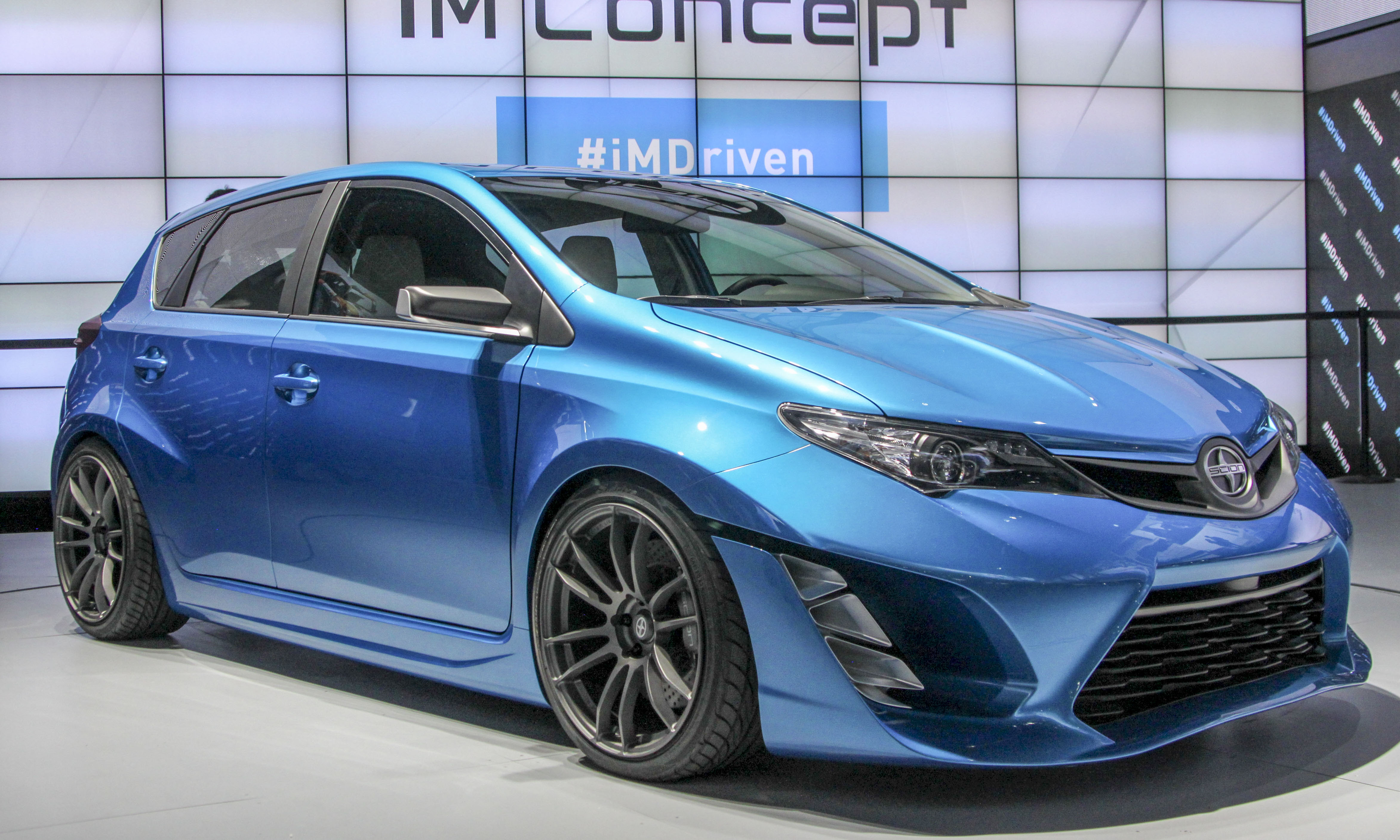 Scion iM Concept
Scion debuted a new hot hatch in Los Angeles, followed immediately by the announcement that a production version will be coming in 2015. With a wide stance, low ride height, 19-inch wheels and aggressive bodywork, the iM Concept promises sporty performance. The iM features custom-blended “Incrediblue” paint with matte silver and gunmetal accents.
The production version of the Scion iM is expected to offer excellent fuel economy and sporty handling with a starting price under $20,000. All engine, transmission, technology and price details will be announced later in 2015, but if the iM Concept is close to what Toyota’s entry brand is planning to produce, this should be a fun addition to the Scion lineup. 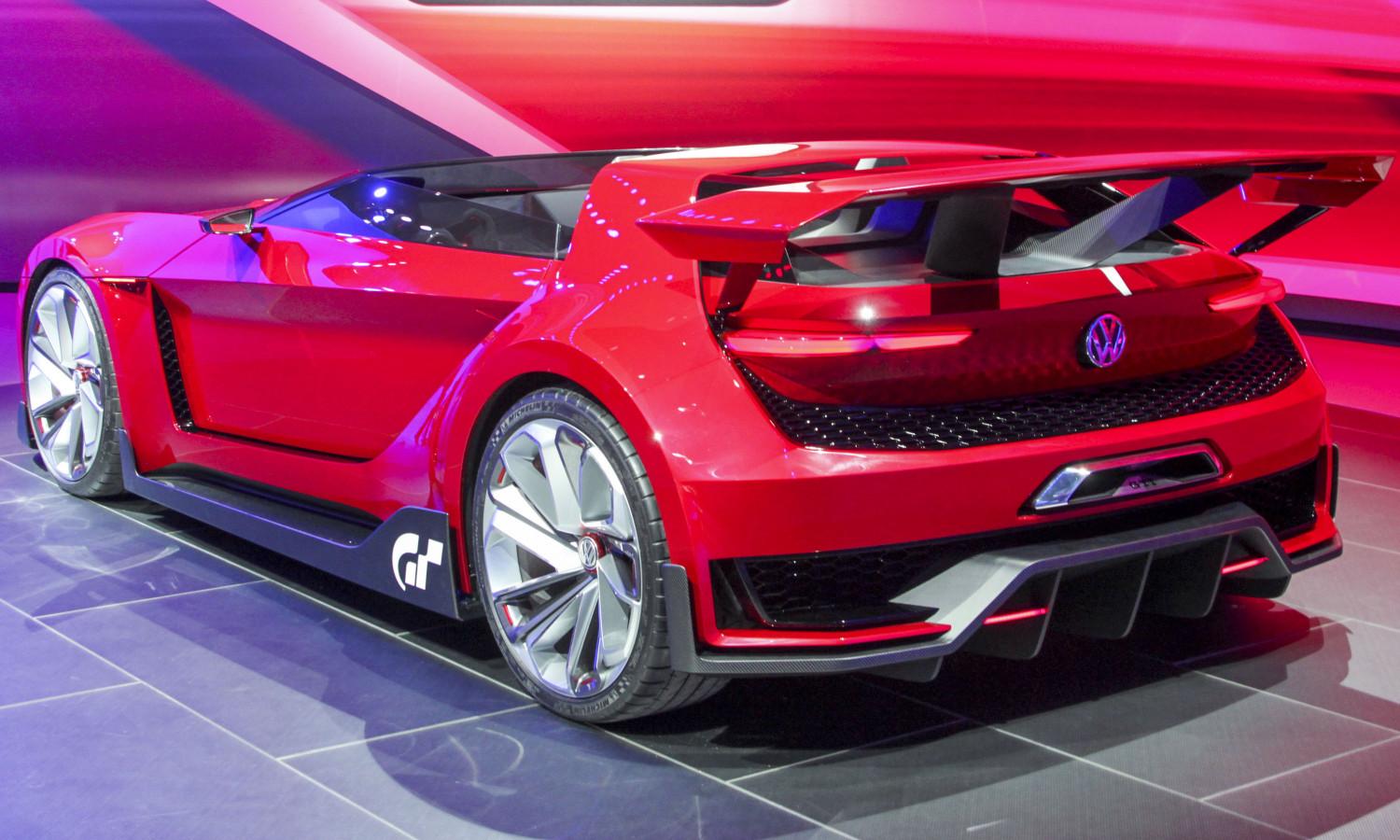 Volkswagen GTI Roadster
Originally developed as an electronic design for Sony PlayStation3 game Gran Turismo 6, the Volkswagen GTI Roadster is powered by a 503-horsepower 3.0-liter twin-turbocharged V6 TSI engine combined with a 7-speed DSG transmission and all-wheel drive. Weighing only 3,133 pounds, the GTI Roadster is capable of accelerating from zero to 60 mph in 3.5 seconds with a top speed of 192 mph. The driver sits low in the radically-designed GTI Roadster, finished in intense red metallic paint known as Gran Turismo Red that accentuates the car’s extreme angles. Distinctive elements include C-pillars that rise out of the rear flares and extend into the roof to create a roll bar, as well as a large wing that hovers above the rear of the car. The doors swivel up and forward, and the door glass rises forward from the roll bar to the top of the low-profile windscreen. 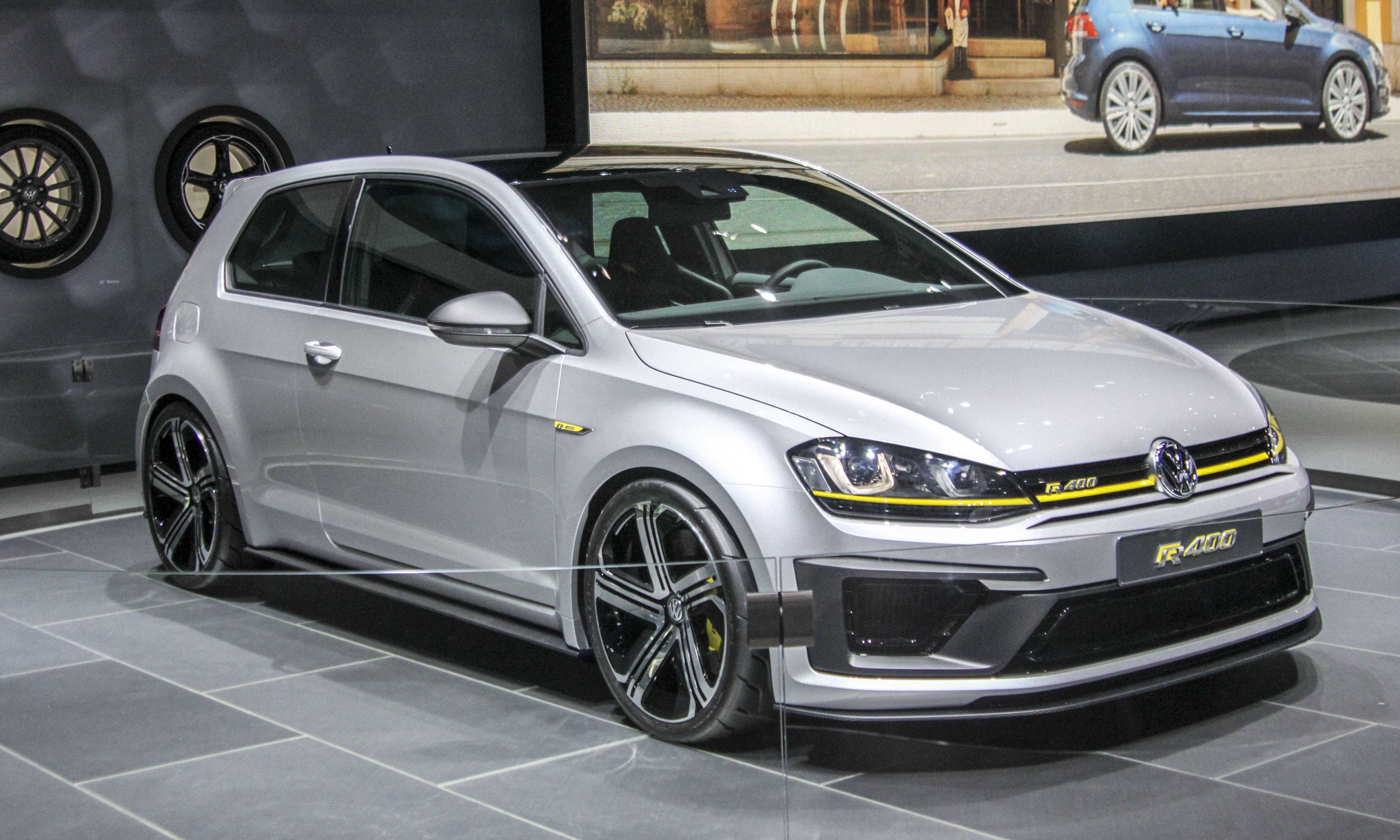 Volkswagen R 400 Concept
Volkswagen pushes the limits of the current Golf R with the R 400 Concept, powered by a 394-horsepower 2.0-liter TSI engine. Weighing just 3,130 pounds with all-wheel drive, compact engine and lightweight dual-clutch transmission, the R 400 will accelerate from zero to 60 mph in just 3.9 seconds is capable of an electronically-limited top speed of 173 mph.
The Golf R body was widened by 0.8 inches, incorporating a flared front bumper and wider rear fenders to accommodate modified 19-inch wheels that have a different offset than the current Golf R. The wheels have gloss-black inserts designed to direct air and help cool the brakes. Inside, the driver and front passenger have motorsport-style seats finished in quilted Alcantara and leather, while passengers in back get individual seats as well. 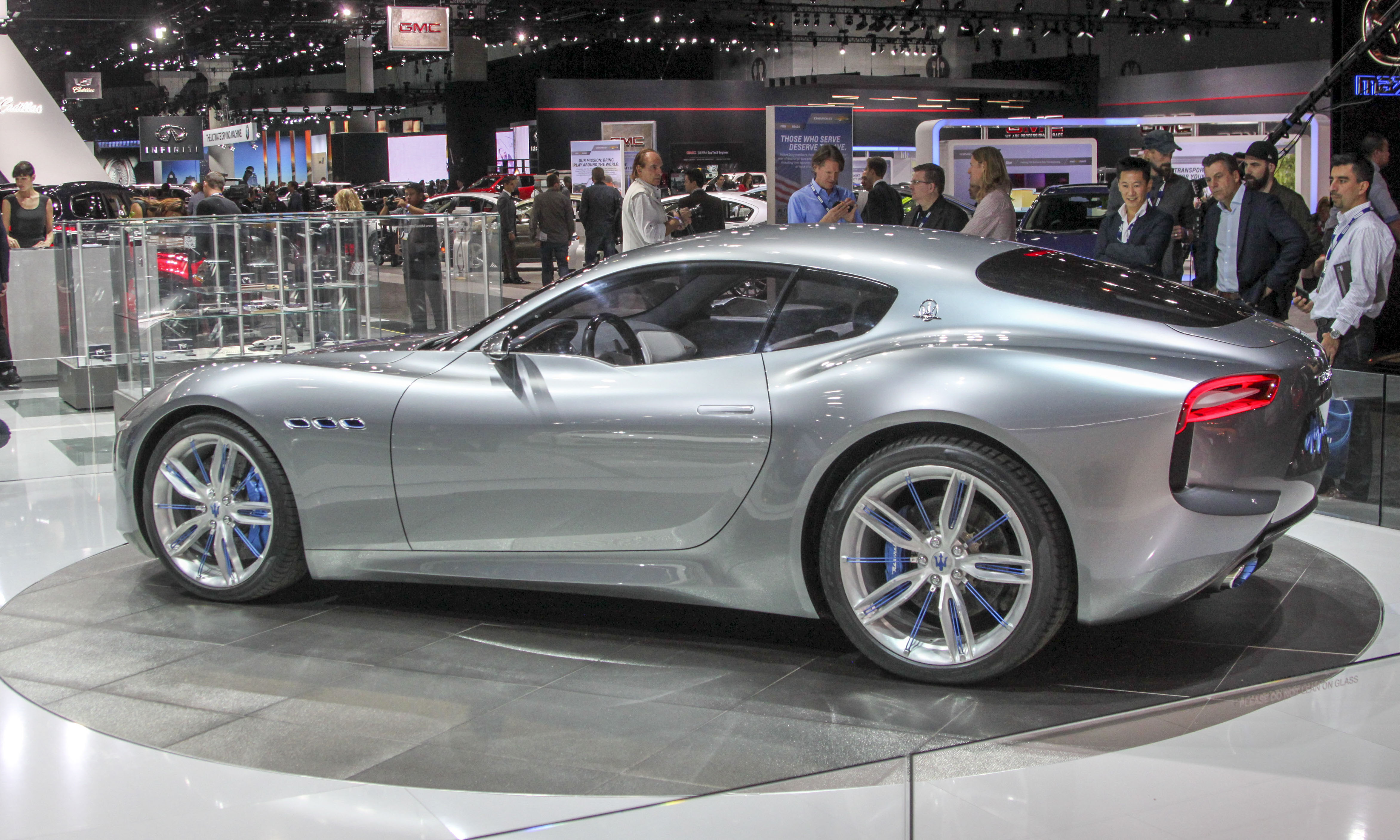 Maserati Alfieri 2+2 Concept
Created to commemorate 100 years of Maserati, the Alfieri Concept is a sleek, Italian 2+2 design that reflects historic Maserati styling while looking to the future of Maserati design. Named for Alfieri Maserati, the most prominent of the Maserati brothers, the Alfieri Concept was created, designed and built with an eye on a potential production version. The Alfieri 2+2 Concept includes Iconic Maserati design elements such as triple air ducts on the wheel arches, Trident emblem in the grille and Saetta logo on the rear pillar. The interior is finished in Poltrona Frau aniline leather accented with aluminum, copper and other materials reminiscent of oxidized steel, which was commonly used in racing cars during the 1950s. 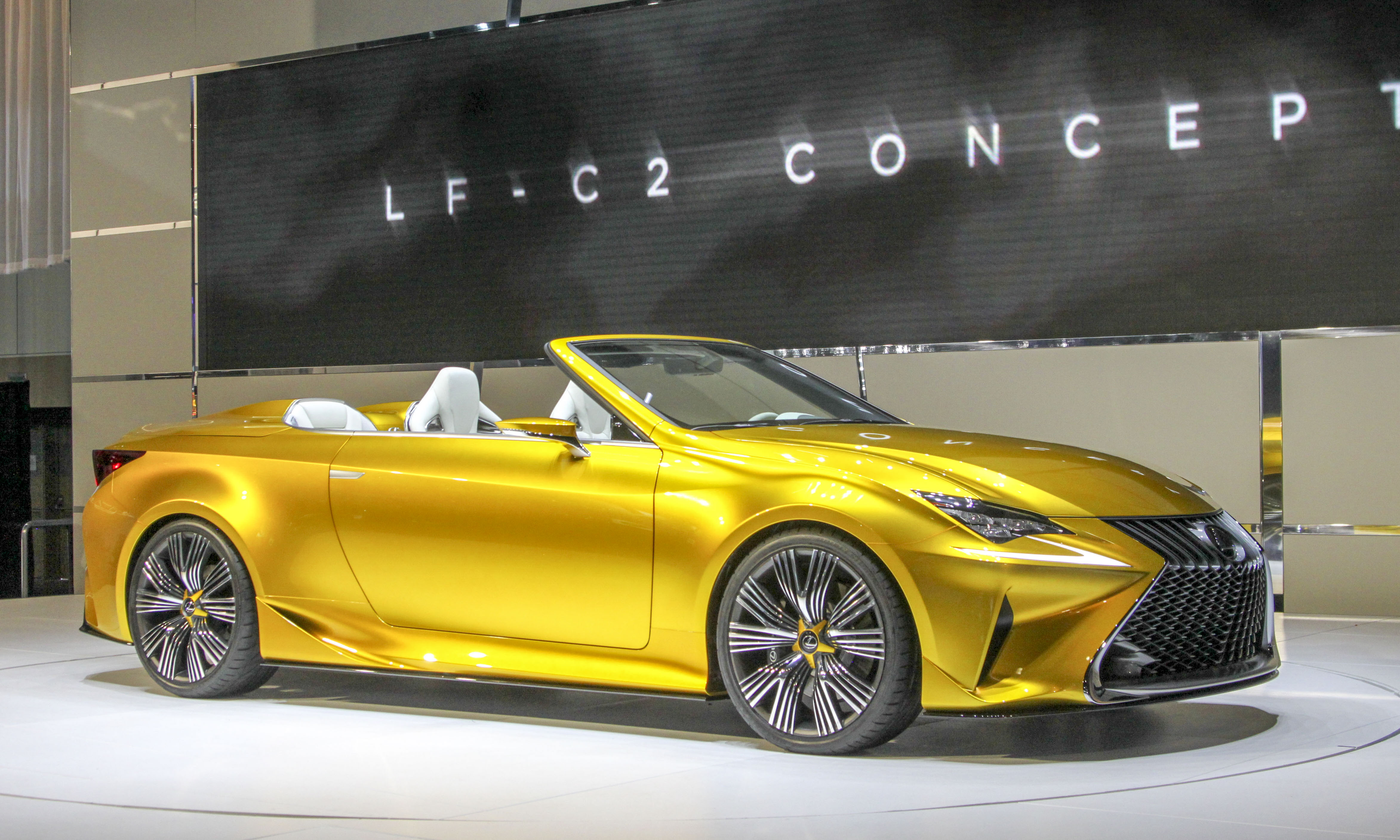 Lexus LF-C2
Finished in brilliant golden yellow with black and chrome 20-inch wheels, the Lexus LF-C2 concept was one of the highlights of the 2014 Los Angeles Auto Show. The exterior designers used angles, edges, curves and surfaces to catch the light and create a stunning car that looks different from every angle. The LF-C2 includes a new evolution of the signature Lexus spindle grille with a branded mesh that changes appearance from different angles. A true roadster with no top to cover the cabin, the LF-C2 is a design study intended to gauge interest in a new convertible. It’s not hard to see a 2+2 convertible based on the LF-C2 entering the Lexus lineup soon alongside the new RC coupe. 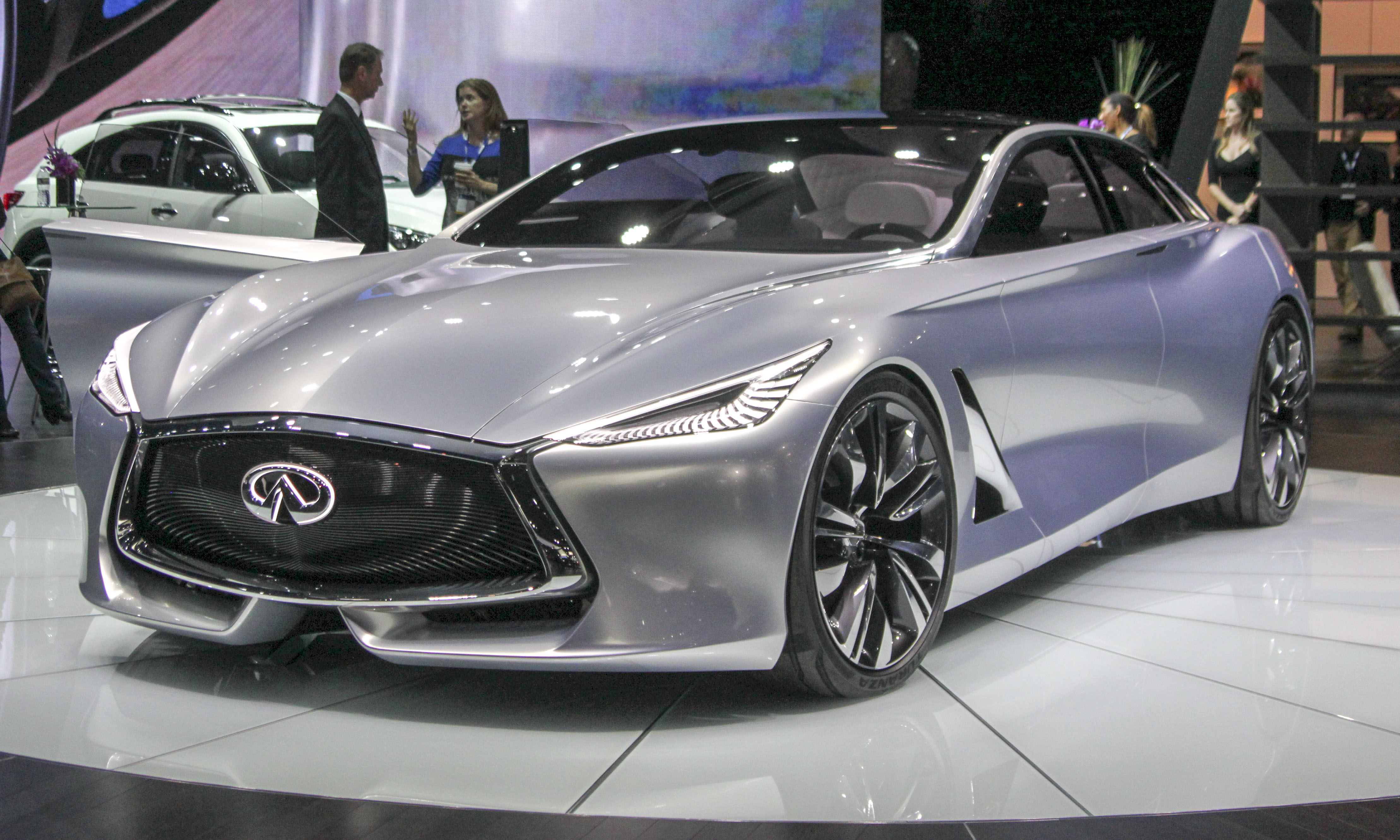 Infiniti Q80 Inspiration Concept
A 4-door fastback design, Infiniti’s Q80 Inspiration Concept provides a look at a future premium sedan at the top of the Infiniti range. The long, low profile is created by the teardrop-shaped greenhouse incorporating a panoramic glass roof. The Q80 Inspiration debuts autonomous driving technology and a high-performance hybrid-electric powertrain expected to produce more than 550 horsepower.Making its North American debut at the Los Angeles Auto Show, the Q80 Inspiration features a simple but luxurious interior with four individual quilted leather seats and Alcantara, leather and metal finishes throughout. A simplified driver interface and head-up display provide the information drivers need, while the front-seat passenger also has a head-up display for external information via a smartphone connected to the vehicle’s telematics system. Each rear-seat passenger has a touchscreen to access the onboard entertainment system. 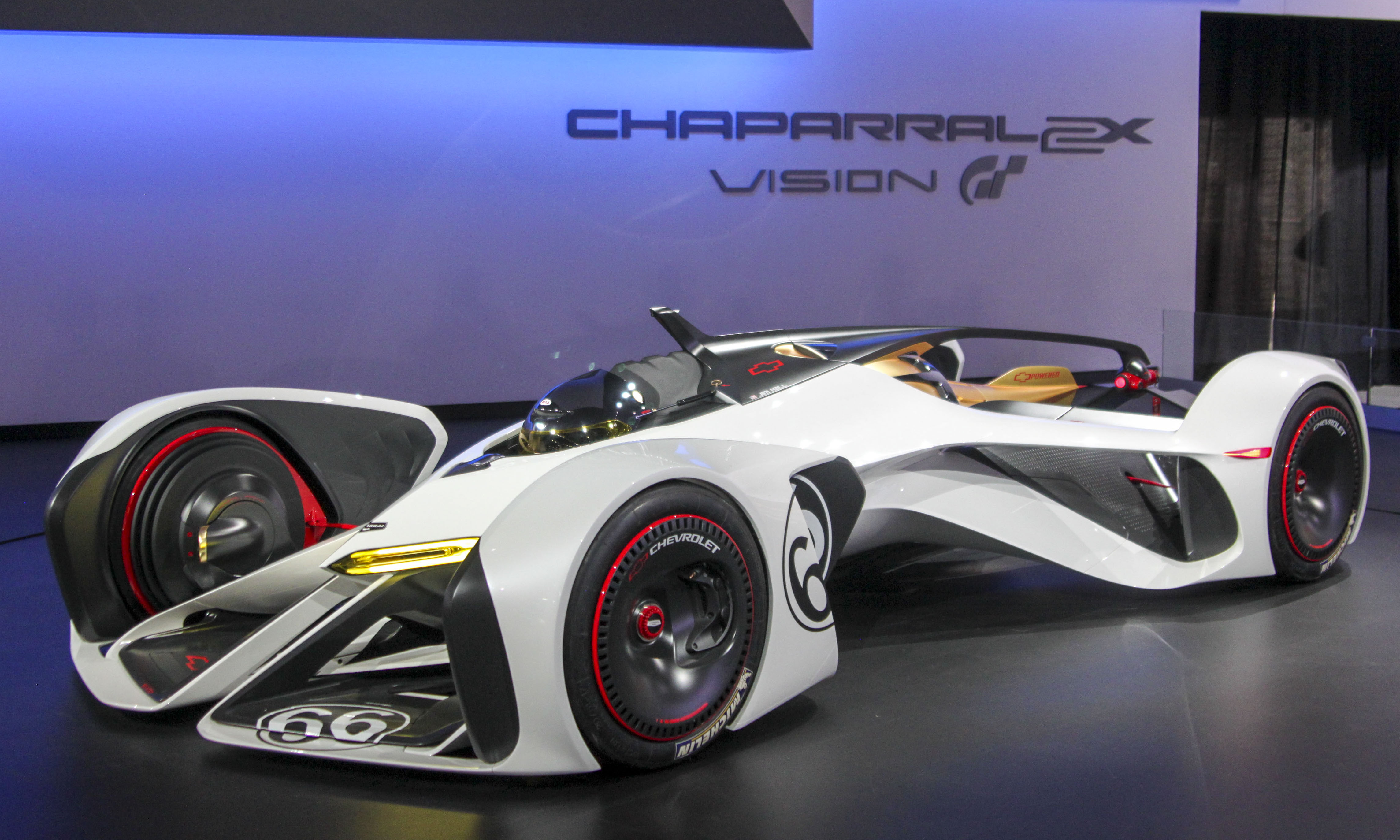 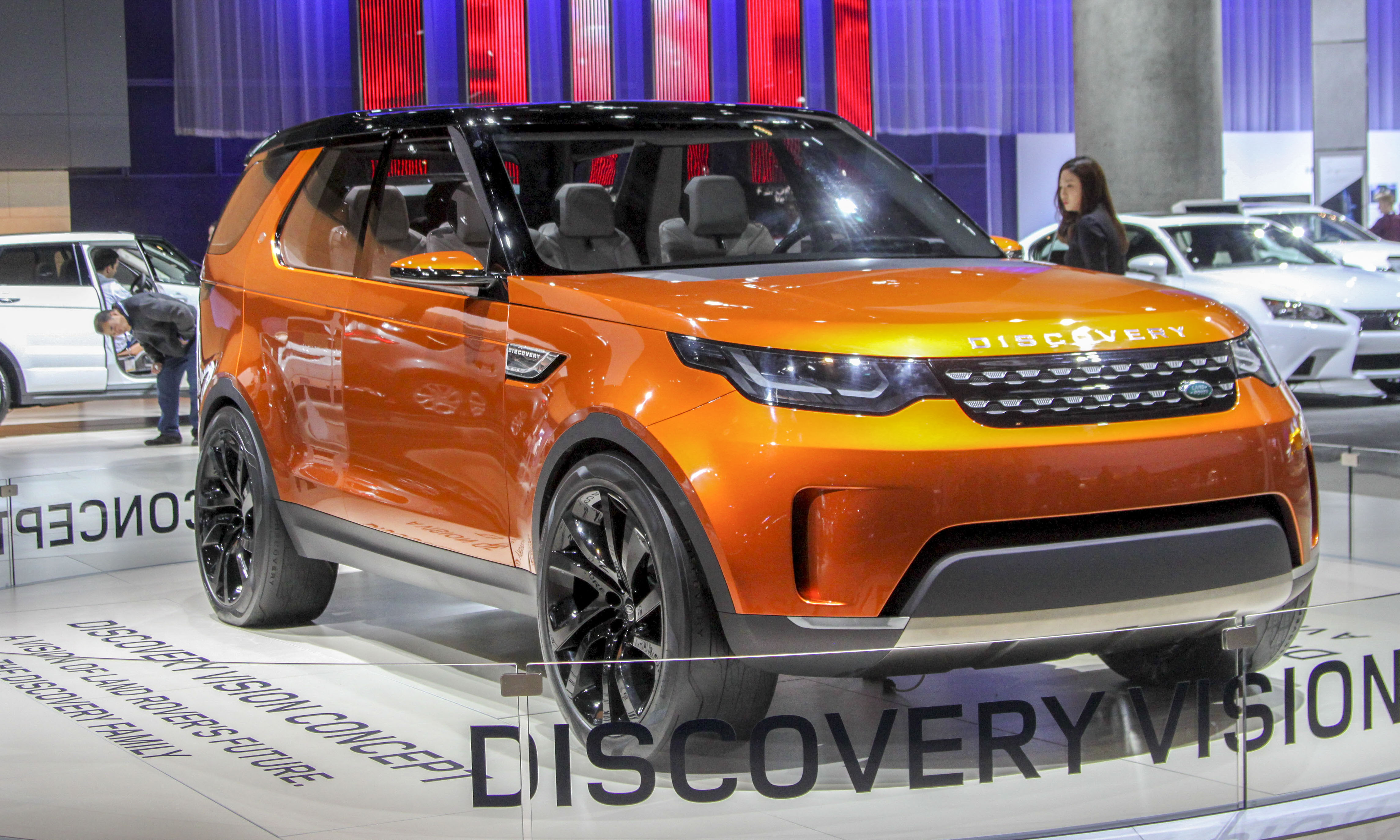 Land Rover Discovery Vision
The Discovery Vision is a look into a new family of Discovery vehicles to replace the LR4 in the U.S. market, while recognizing the unique lineage of the Discovery name with signature design elements such as the stepped roof and alpine windows. New technology includes a look at the next generation of Terrain Response and the innovative “Transparent Hood” head-up display which offers an unimpeded view of the ground immediately ahead. Range Rover Discovery Vision offers Remote Control Drive, which allows drivers to operate the vehicle at very low speeds without actually being inside the vehicle. This feature would be most useful in extreme off-road conditions, when attaching a trailer or when driving through a gate that must be manually opened and closed. Laser Terrain Scanning utilizes infrared lasers emitted from the front fog lamps to continuously scan the terrain being traversed, and renders a contour map on the high-definition instrument cluster display. 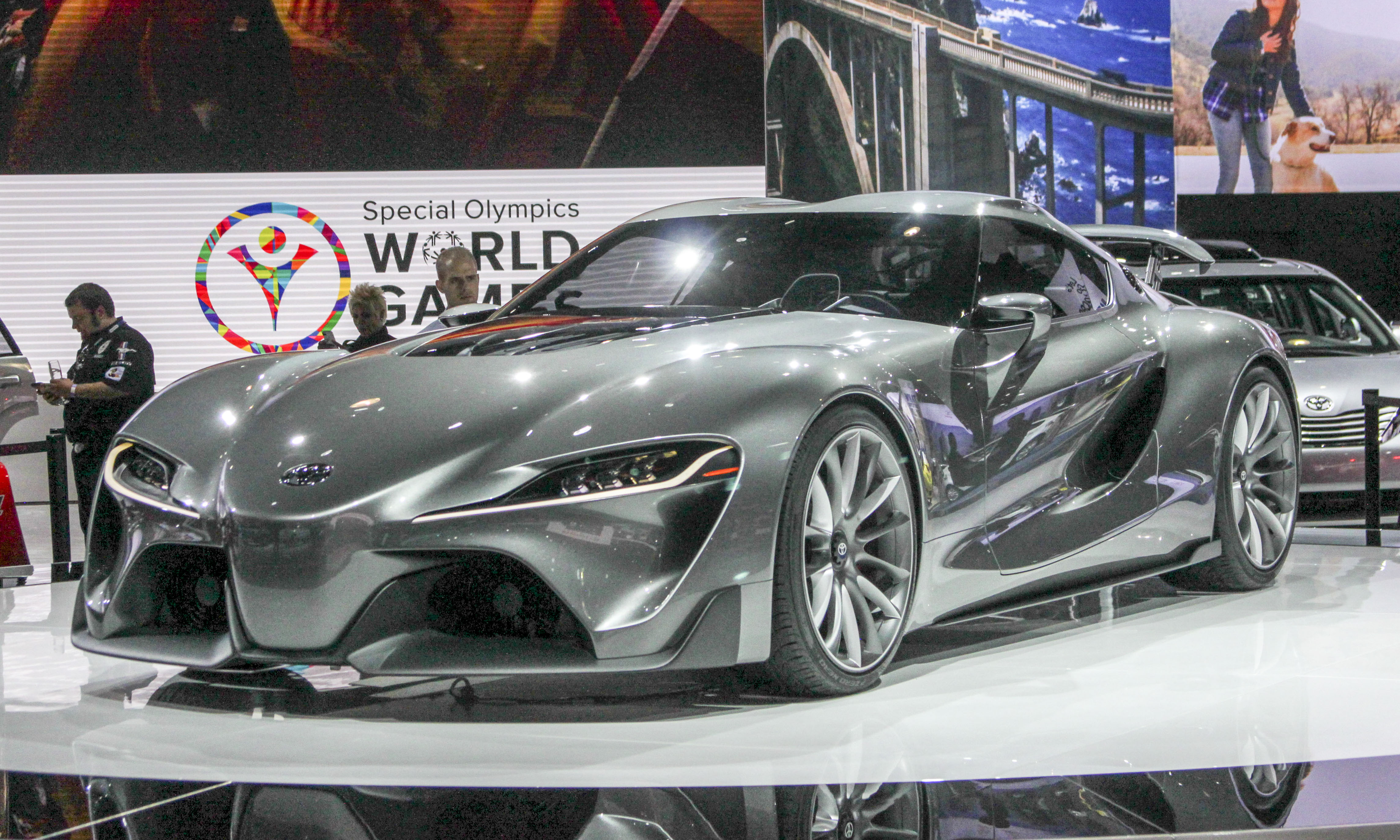 Toyota FT-1
The Toyota FT-1 debuted in January at the 2014 North American International Auto Show in Detroit, finished in bold red with black accents, and a glass cover over the engine to emphasis the performance potential. In August, the FT-1 reappeared in Monterey, California, at Gordon McCall’s Motorworks Revival, with elegant graphite paint and a light saddle leather interior, to showcase the more upscale luxury side of the model. Leading the charge for the direction of Toyota Global Design, the exterior design of the FT-1 is described as “function-sculpted” to optimize aerodynamic performance. Available for download in Gran Turismo 6, Toyota enthusiasts hope the FT-1 is the precursor of a new Supra sports car for the street. 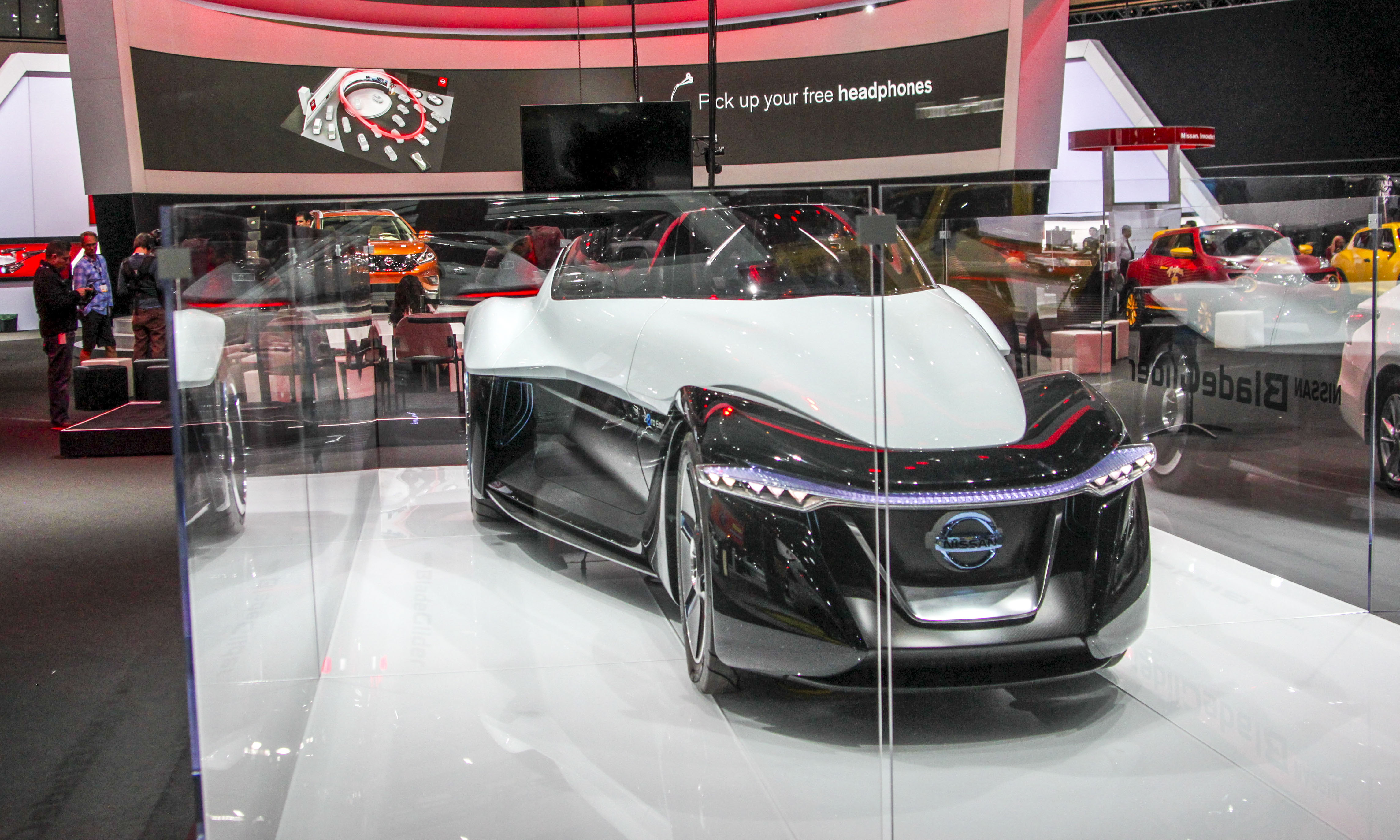 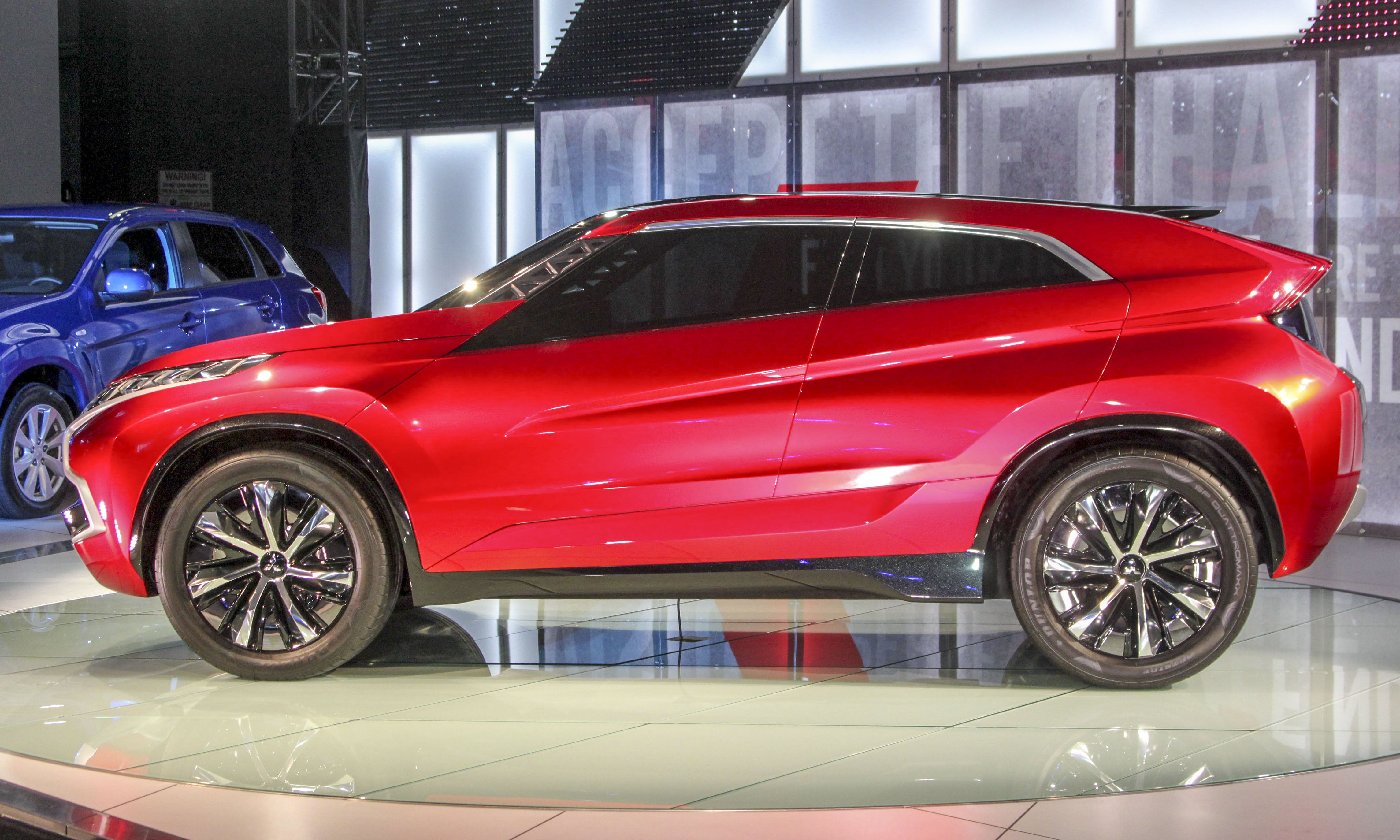 Mitsubishi Concept XR-PHEV
Mitsubishi’s futuristic design study promises both high performance and fuel efficiency with a plug-in hybrid electric drivetrain. One of the more extreme designs at this year’s Los Angeles Auto Show, the Concept XR-PHEV has three driving modes, (EV, Hybrid and Parallel Hybrid) and can also function as an emergency household power source for up to 10 days.The Concept XR-PHEV will be influencing future design direction at Mitsubishi, and the Japanese automaker says the concept is intended to reinforce the message that Mitsubishi is here to stay in the U.S. market. 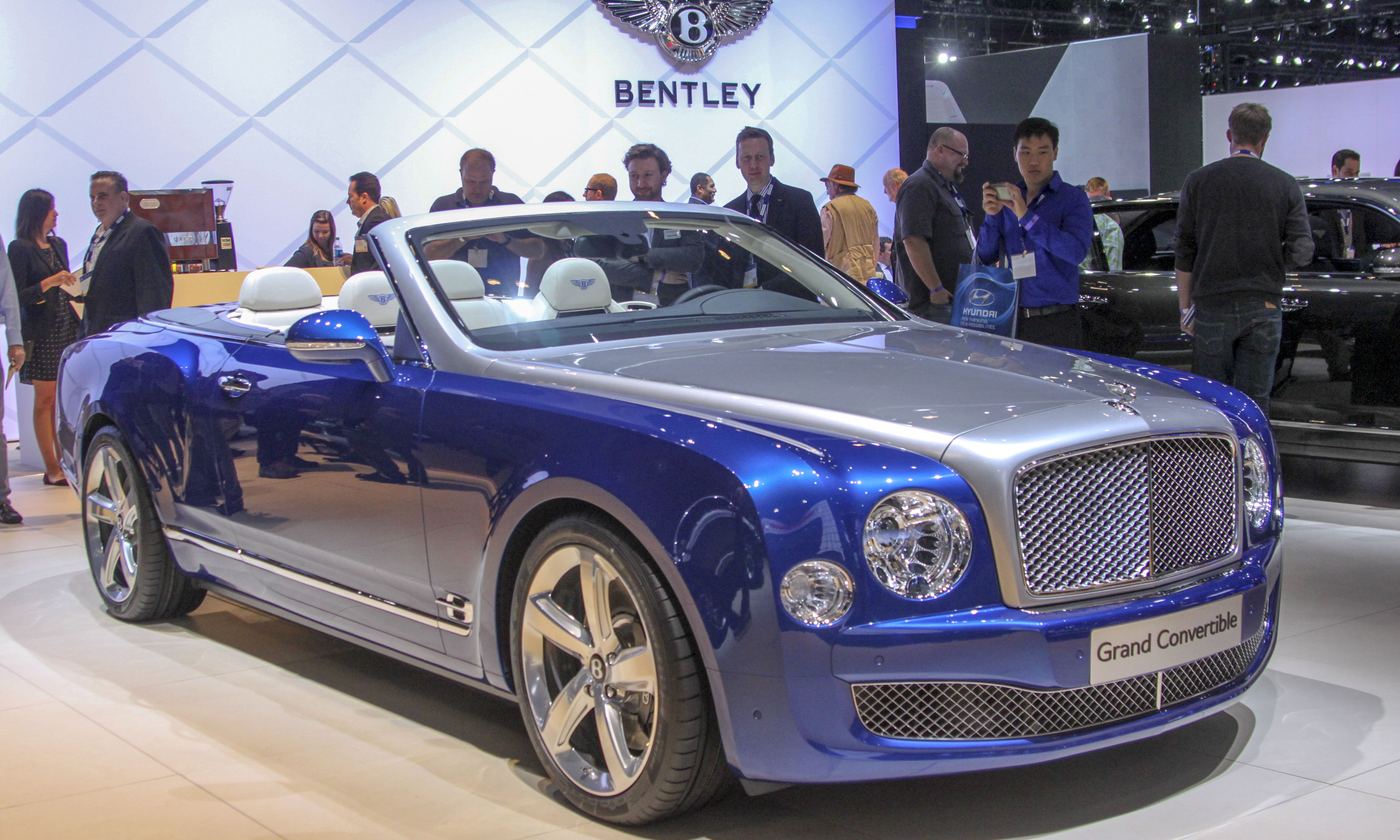 Bentley Grand Convertible
The ultimate expression of British automotive luxury, the Bentley Grand Convertible is an open-air grand tourer, powered by the 6.8-liter 530-horsepower engine from the flagship Mulsanne. The most sophisticated and elegant convertible ever from Bentley, the Grand Convertible is finished in Sequin Blue, originally created from a single sequin from a customer’s haute couture gown. The hood and windshield surround feature a silver “liquid metal” finish.The tonneau displays the finest in Bentley craftsmanship, with book-matched, mirror-finished, dark-stained Burr Walnut finished with parallel lines of chromed steel. Inside the Grand Convertible, 14 naturally tanned leather hides are brought together with progressive diamond quilting with the shape of the pattern changing over the seats and the doors. Sequin blue thread is cross-stitched by hand through the linen-colored leather while Beluga leather wraps the top of the doors and extends back to the tonneau.