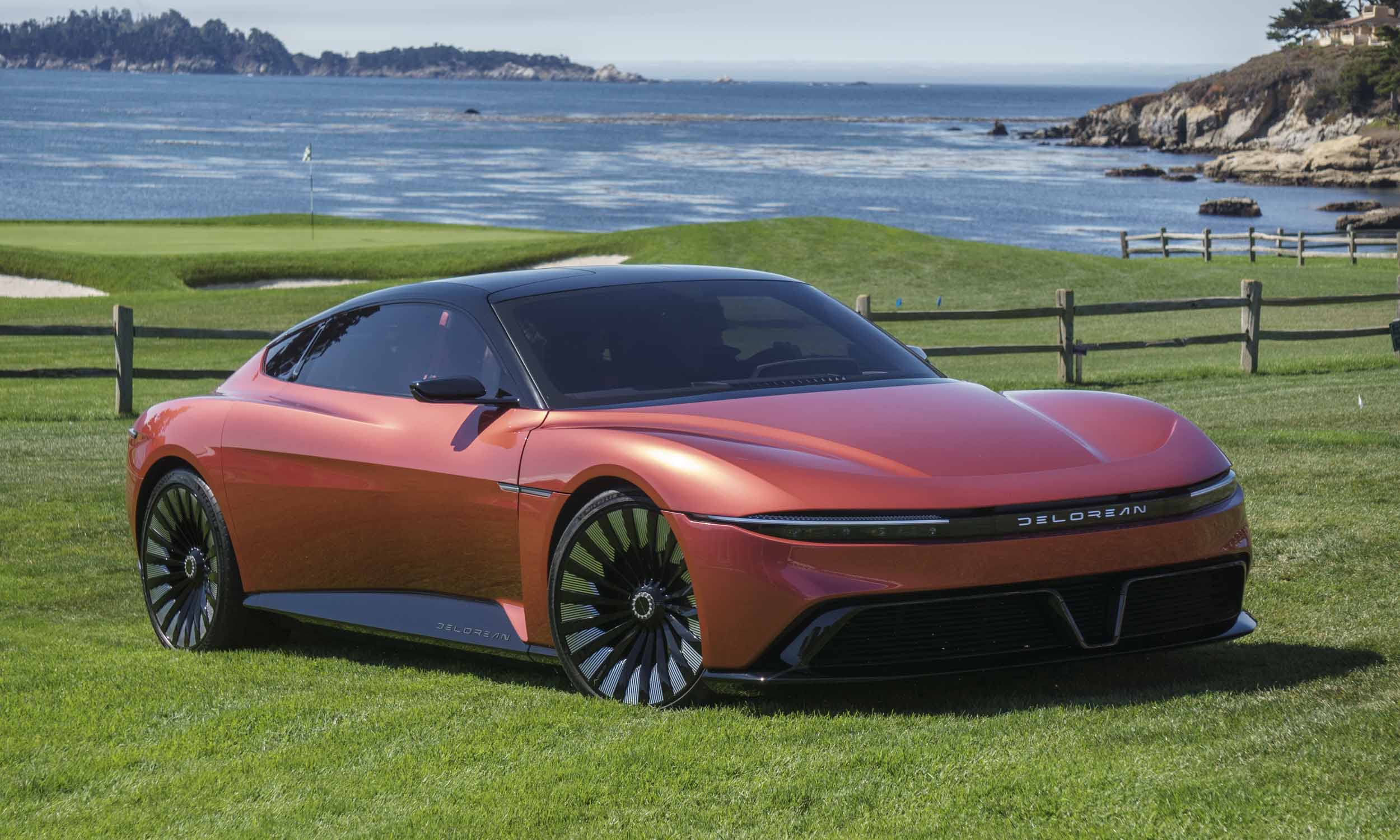 Familiar, Iconic DeLorean Brand
The DeLorean Motor Company only built one model back in 1981 —the DMC 12 — and fewer than 10,000 were built. Even so, DeLorean is still one of the best-known extinct brands in America. Known for its stainless steel body and gull wing doors, the DeLorean really became famous as a time machine in the “Back to the Future” movie franchise. Leap forward to 2022 and the DeLorean returns to the automotive scene, this time as a futuristic, all-electric sports car called the Alpha5 under the brand DeLorean Motors Reimagined. 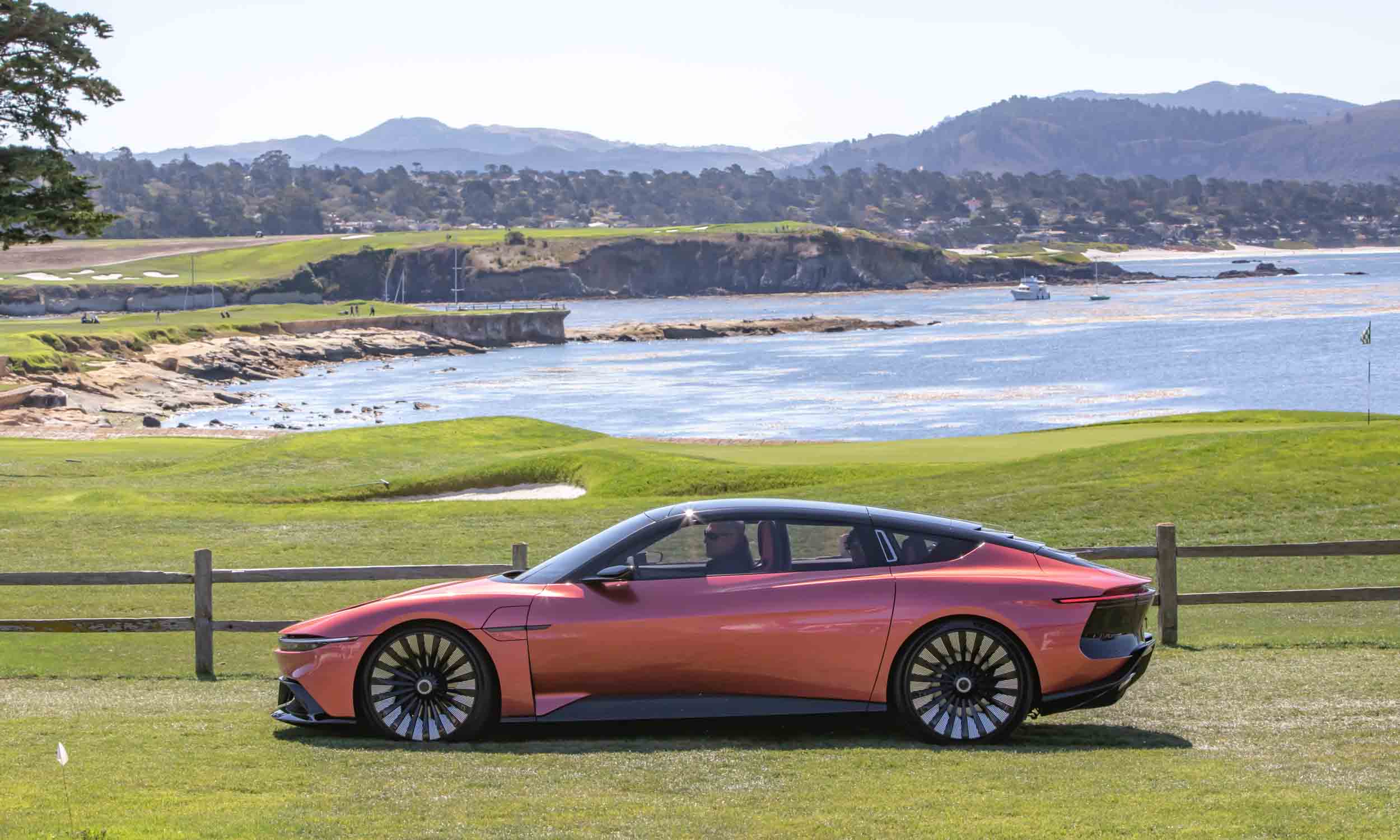 Looking Back, Looking Forward
“The Alpha5 is a representation of the past 40 years of DeLorean,” said Chief Marketing Officer of DeLorean Motors Reimagined Troy Beetz. “There was this enormous responsibility to make sure we honored the history of the DeLorean brand, but an even greater responsibility in curating its future . . . I think we did both with the Alpha5,” Beetz observed. 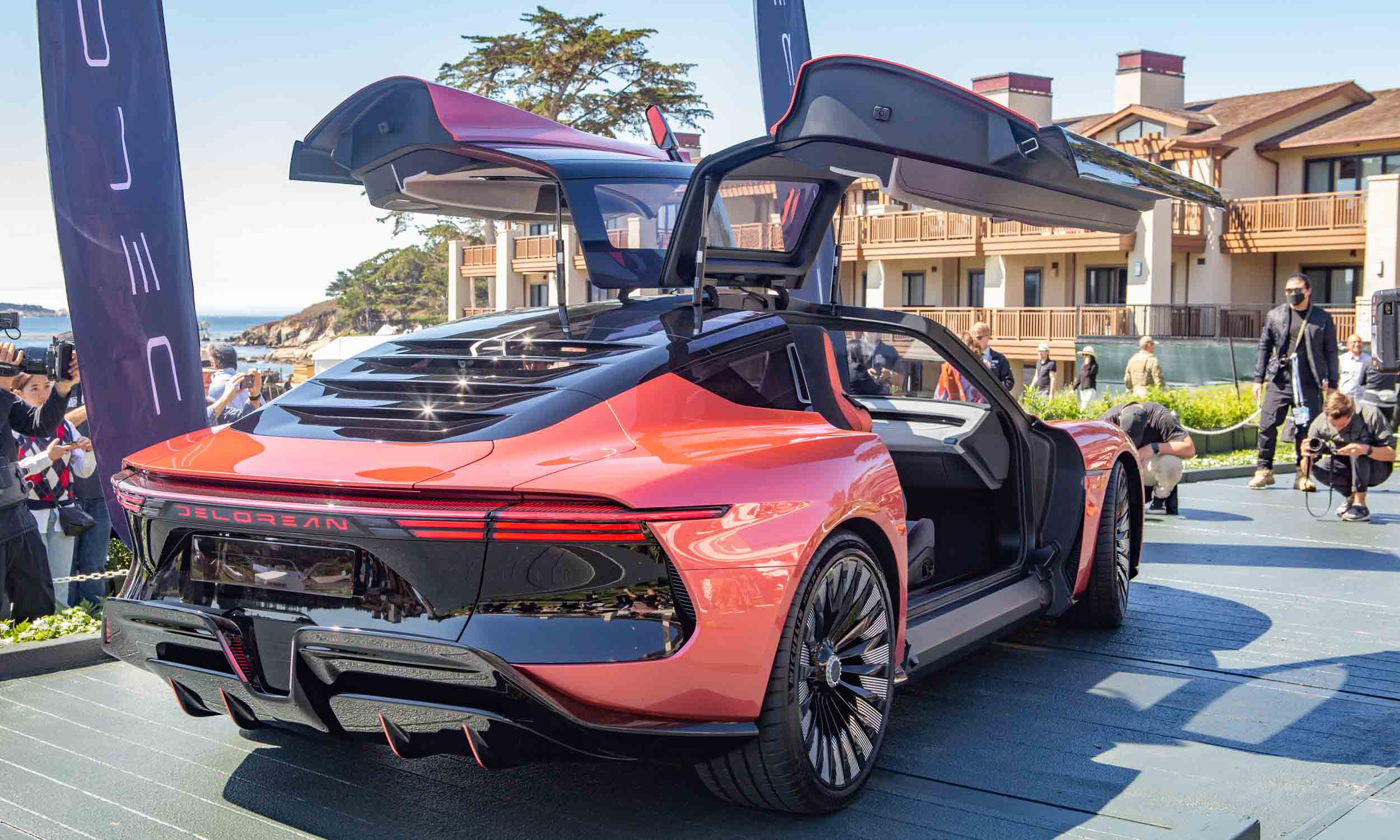 Tied to the Original
An initial look at the Alpha5 reveals clear connections to the original DeLorean. Of course the Alpha5 possesses the DeLorean’s signature gull-wing doors, and while the shape is much more streamlined than the original, there are still hints of that first DeLorean in the new car, such as the louvers on the rear window. Ultimately the new Alpha5 is a thoroughly modern design with sleek lines and slim LED headlights and taillights. 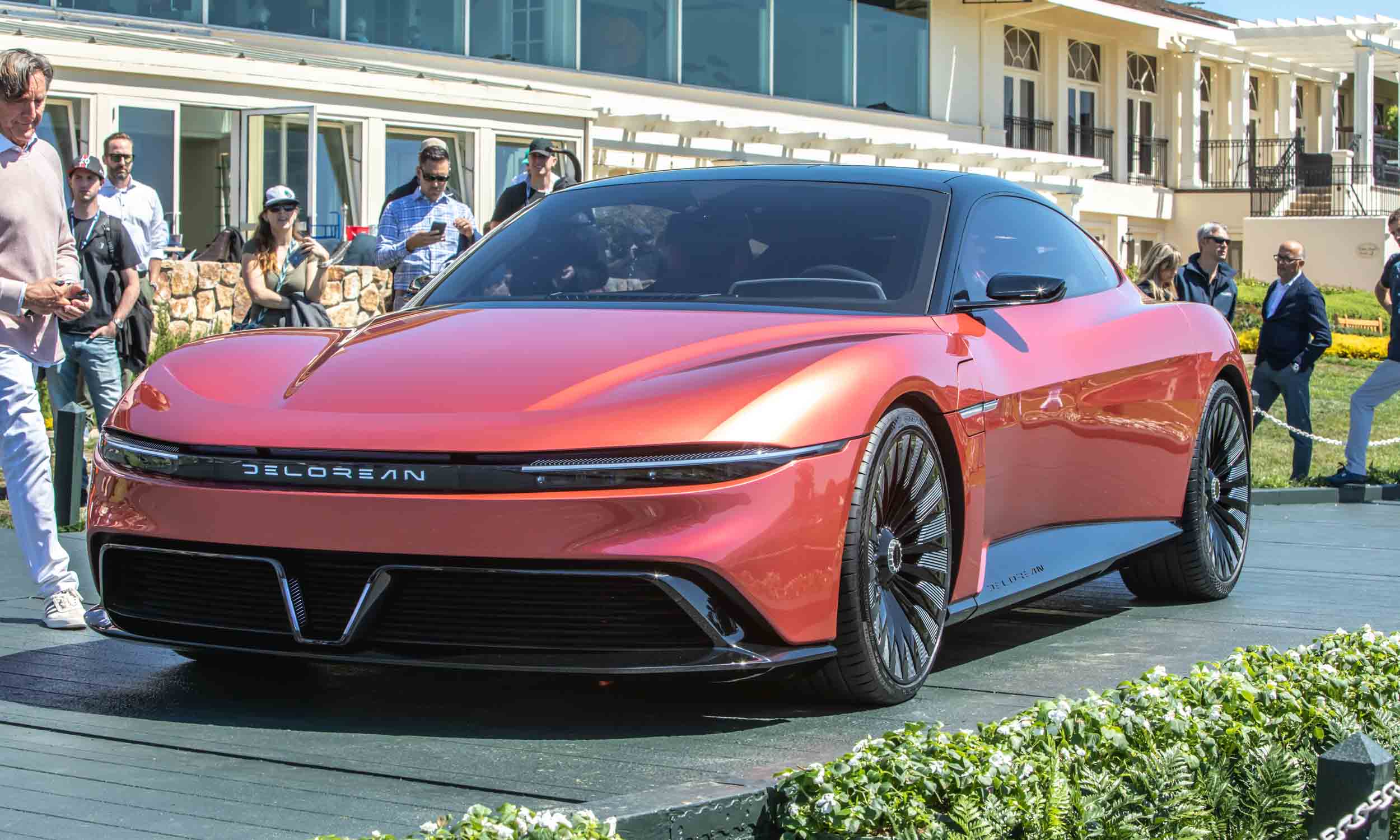 Performance
DeLorean hasn’t provided many details regarding the Alpha5’s powertrain; however, the company is claiming this modern-day DeLorean will carry a 100+ kWh battery, which translates to a range above 300 miles. Acceleration to 60 mph takes a mere 2.99 seconds on the vehicle’s way to a top speed of 155 mph. And for those who feel the need for time travel, DeLorean points out that the Alpha5 can hit 88 mph in 4.35 seconds (“Back to the Future” reference for good measure.) 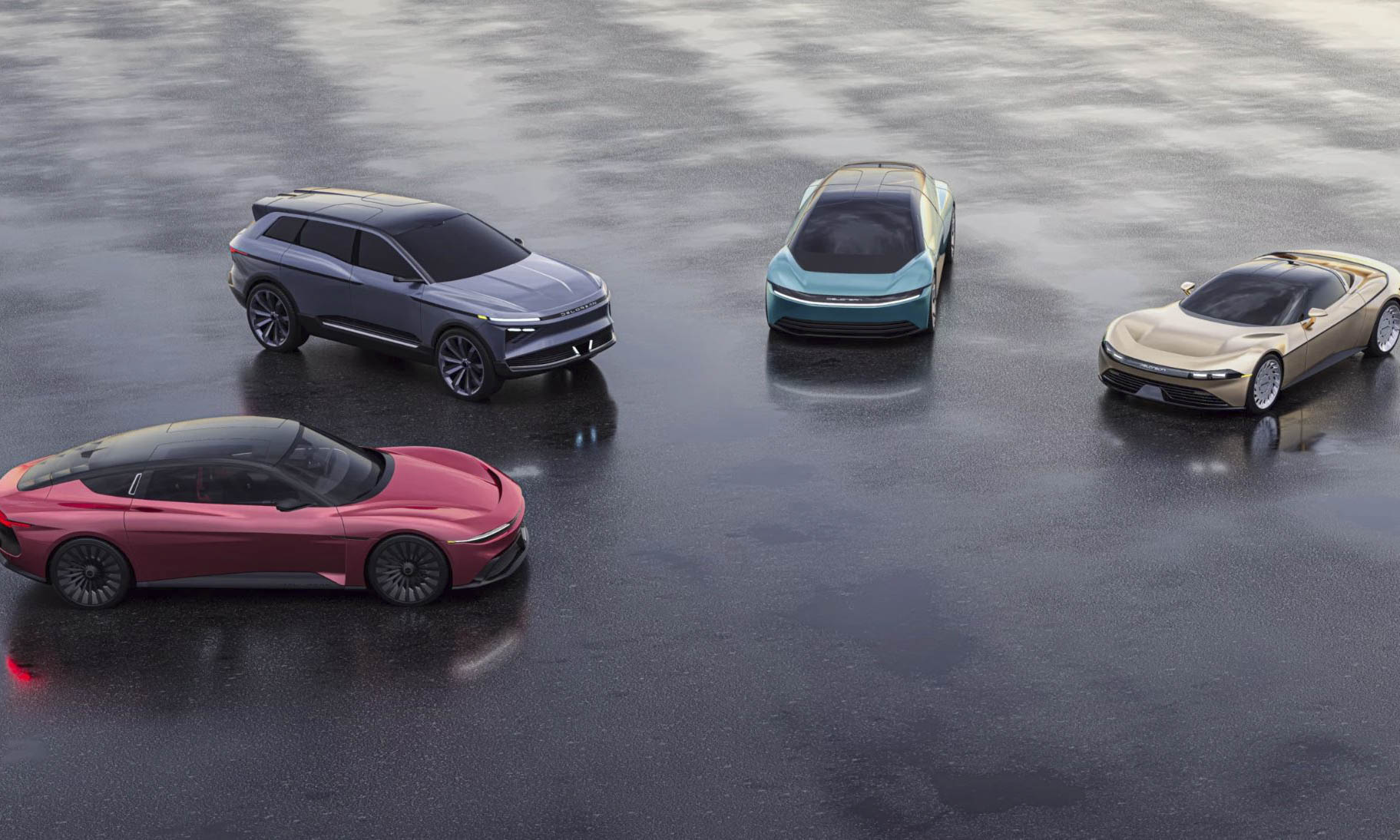 Reinventing History
The DeLorean Alpha5 was created in partnership with famed design house Italdesign. As part of the creation of the Alpha5, designers delved into DeLorean archives and created three additional concepts that were meant to show how the company might have progressed over the last 40 years. These include the Alpha 2 representing 1996, Alpha3 from 2006 and the hydrogen-powered Alpha4 SUV that would have been period correct for 2013. “Our goal was to bridge the gap between the past and the future, so we produced extensions of the DMC-12 that would have been icons in their time to create the next generation of vehicles, starting with the Alpha5,” said Joost de Vries, chief executive officer of DeLorean Motors Reimagined. 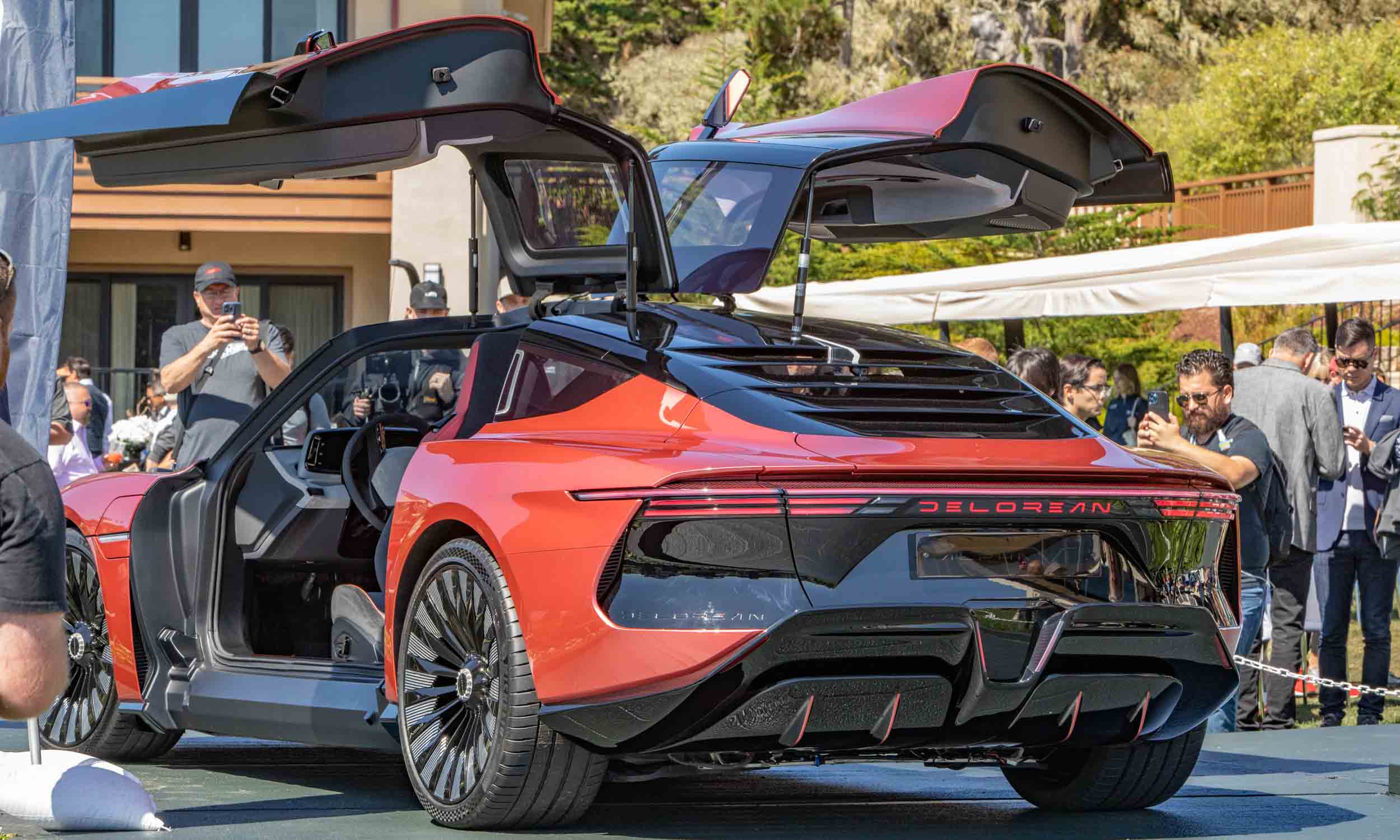 Debut at Pebble Beach
“As one of the premier events in the world, Pebble Beach Concours d’Elegance is an important steppingstone in the future of DeLorean Motors Reimagined, and we are grateful to be a part of this year’s event to showcase the Alpha5 and its predecessors,” added Beetz 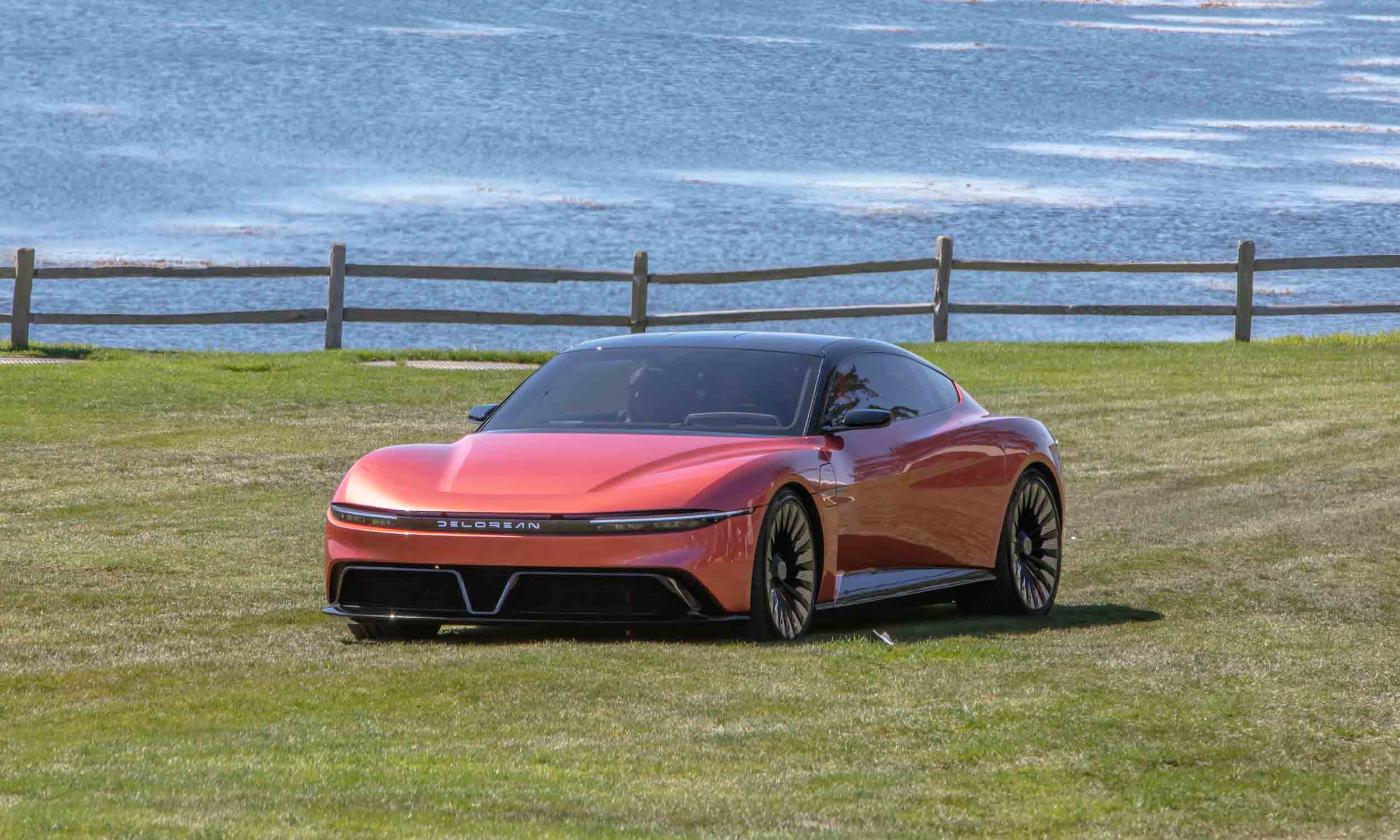 Coming in 2024
DeLorean expects to have a production version of the Alpha5 ready for purchase in 2024. More details around pricing and other logistics will be released closer to the on-sale date. 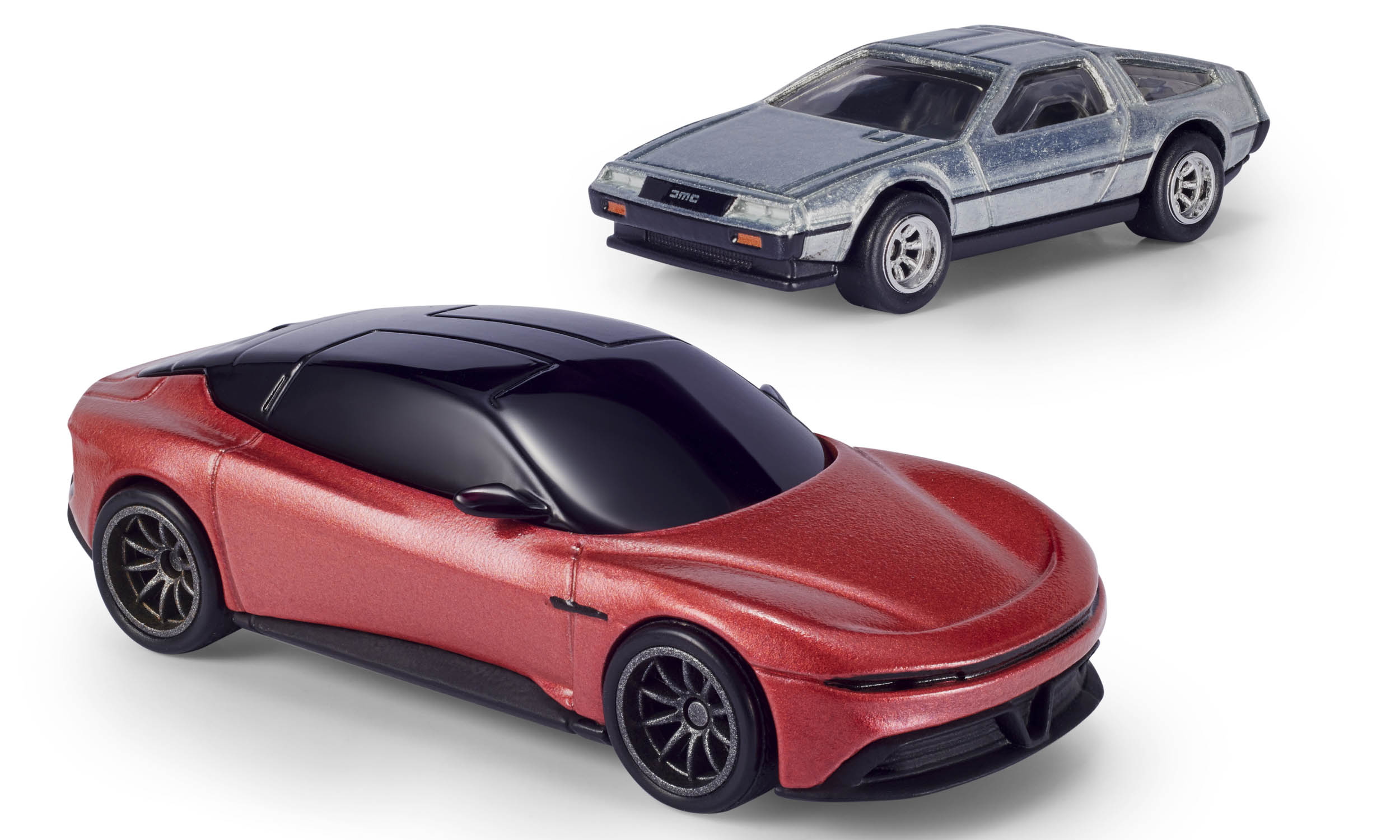 But Wait, There’s More
For those who simply cannot wait to own a DeLorean, Mattel toy brand Hot Wheels has announced the DeLorean Alpha5 die-cast car. “The Hot Wheels design team worked closely with DeLorean to recreate the Alpha5 as a die-cast car, carefully depicting its proportions to showcase its true lines as a Hot Wheels, while maintaining the design language that was perfectly executed by Italdesign,” said Ted Wu, VP and global head of design for vehicles at Mattel, Inc. “We are excited to share this special car with fans all over the world,” Wu enthused.