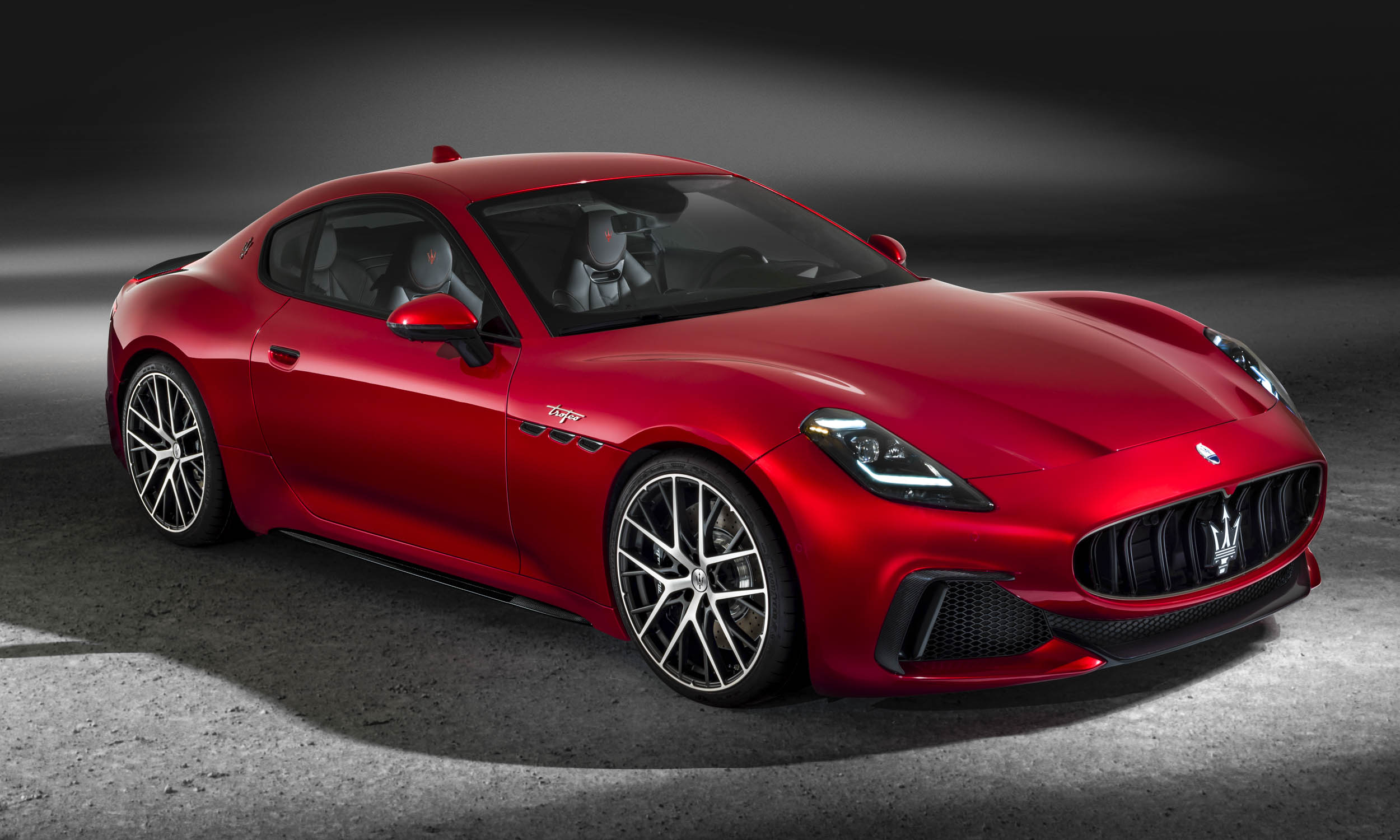 Return of Maserati
A scant few years ago, it seemed as though Maserati would fade from the U.S. market with nary a whimper. The Italian marque’s lineup had two aging sedans and a large SUV — not exactly appropriate for this iconic performance brand. Fortunately the future looks bright once again for Maserati. Two years ago the company introduced a flagship MC20 sports car, and earlier this year the advanced Grecale performance crossover came to market. Now the company returns to its roots with a reprise of the famed GranTurismo, while at the same time looks to the future via the marque’s first full-electric vehicle, the GranTurismo Folgore. 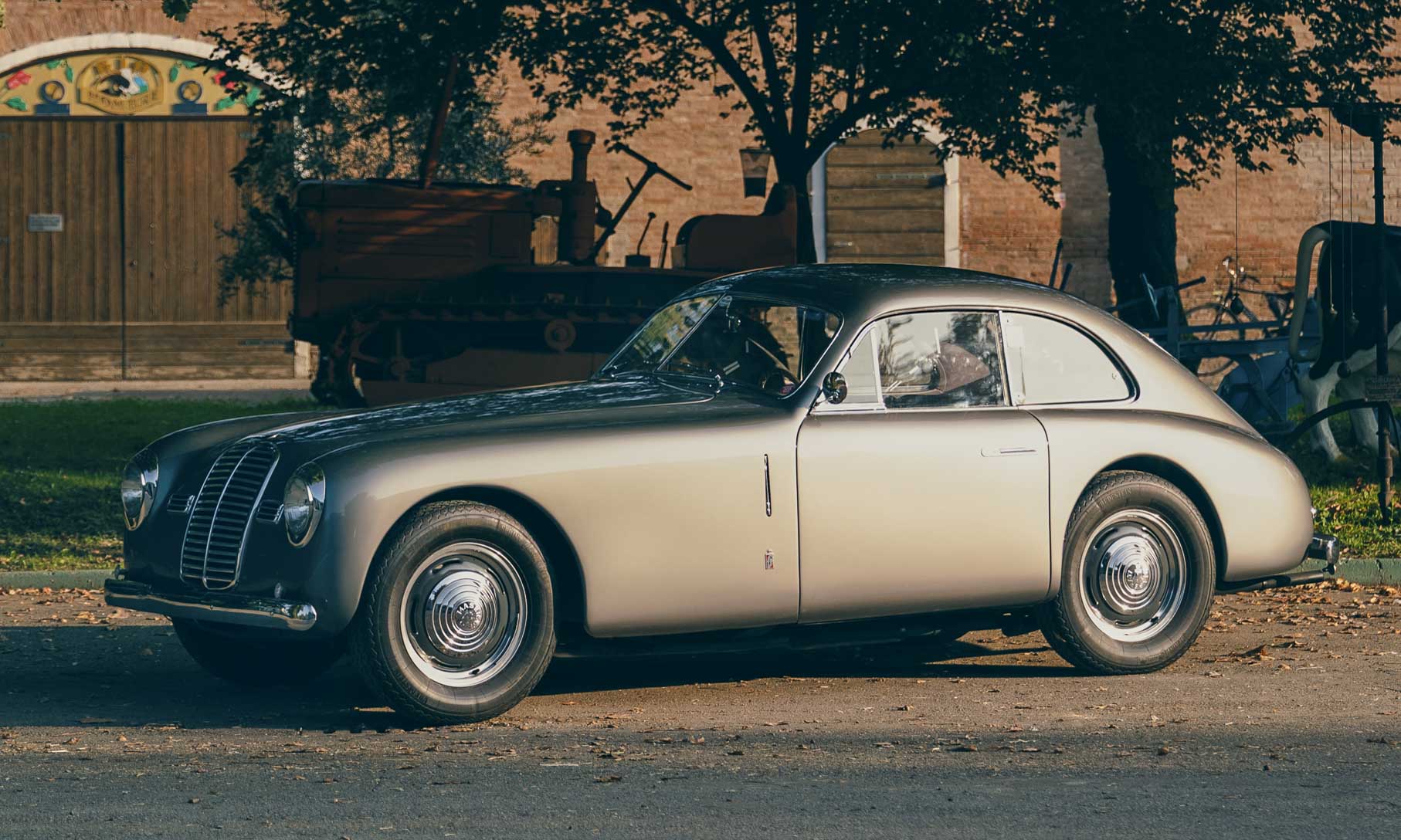 The Beginnings
The Gran Turismo (or grand touring) car has been an important part of Maserati’s history. In March of 1947, the company introduced the Maserati A6 1500 Gran Turismo at the Geneva Motor Show. Featuring dramatic styling by Pininfarina, this beautiful machine became the first road-going Maserati. It had an advanced overhead-cam engine with a light yet strong tubular chassis. The car’s elegant interior was trimmed in leather; the A6 1500 GranTurismo blended two worlds of luxury and performance motoring with a style that reverberates to this day. The A6 has been an inspiration to all Maseratis since, and the new GranTurismo is clearly a direct descendant. 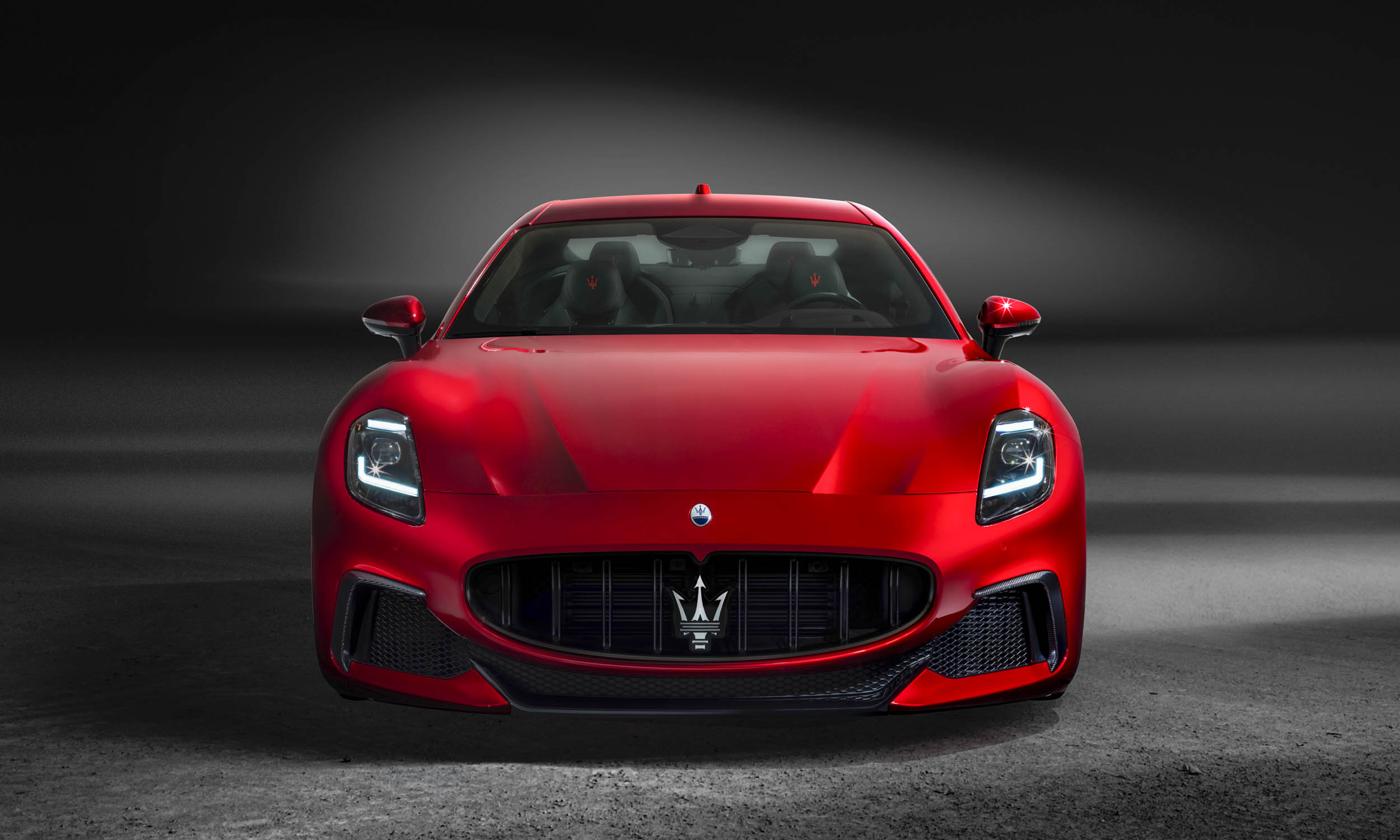 MC20 Influence
The new GranTurismo carries many of the styling cues introduced on the MC20 sports car. Up front is the familiar wide, vertical grille with a large Maserati trident placed at its the center. Vertical headlights with signature LED daytime running lights take their place at the edges, flowing up the fenders to give the car a wide stance. Large air intakes on either side of the grille bring additional cooling for the variants powered by the internal combustion engine. 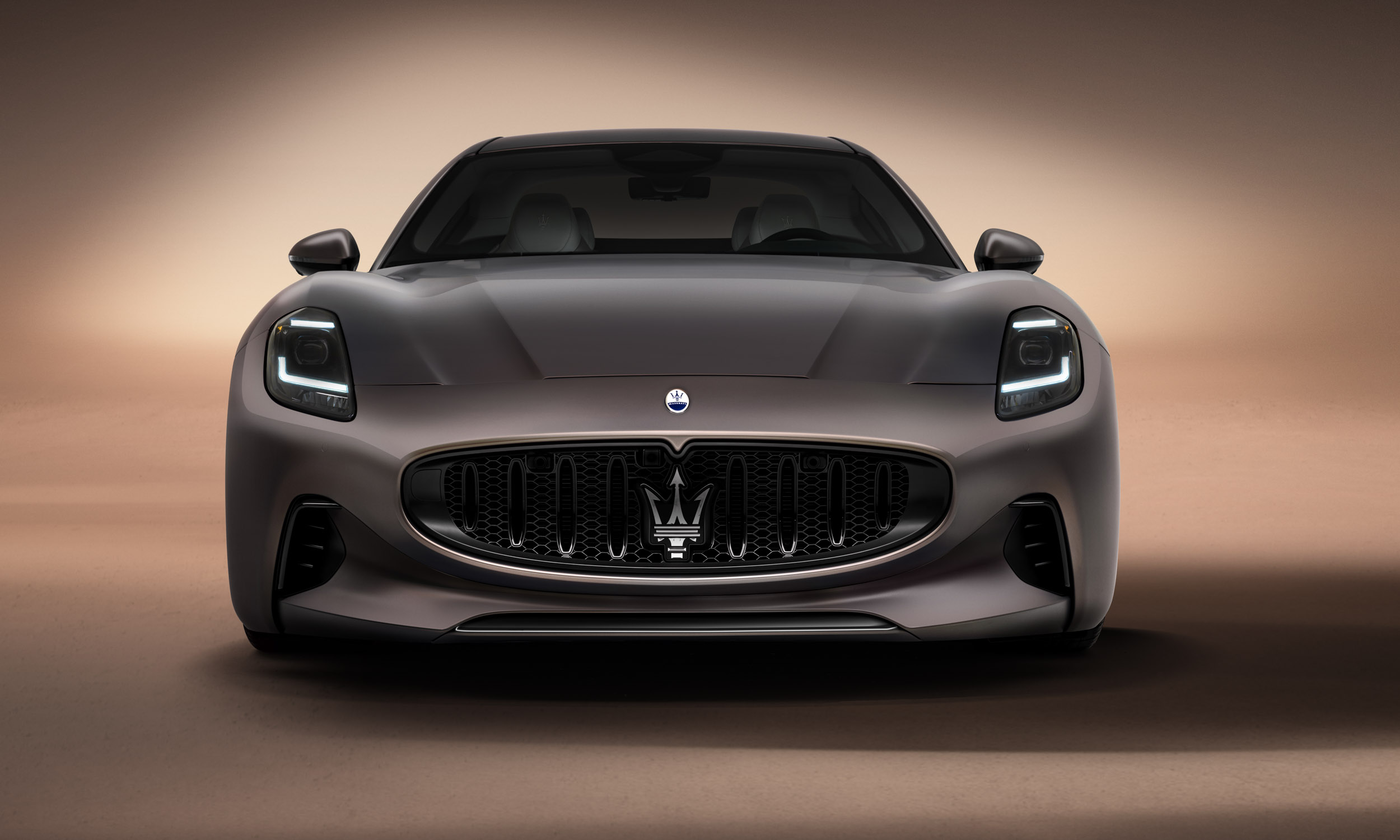 GranTurismo Folgore
The all-electric Folgore stands apart with a uniquely-patterned grill and smaller vents directing airflow to the wheels. 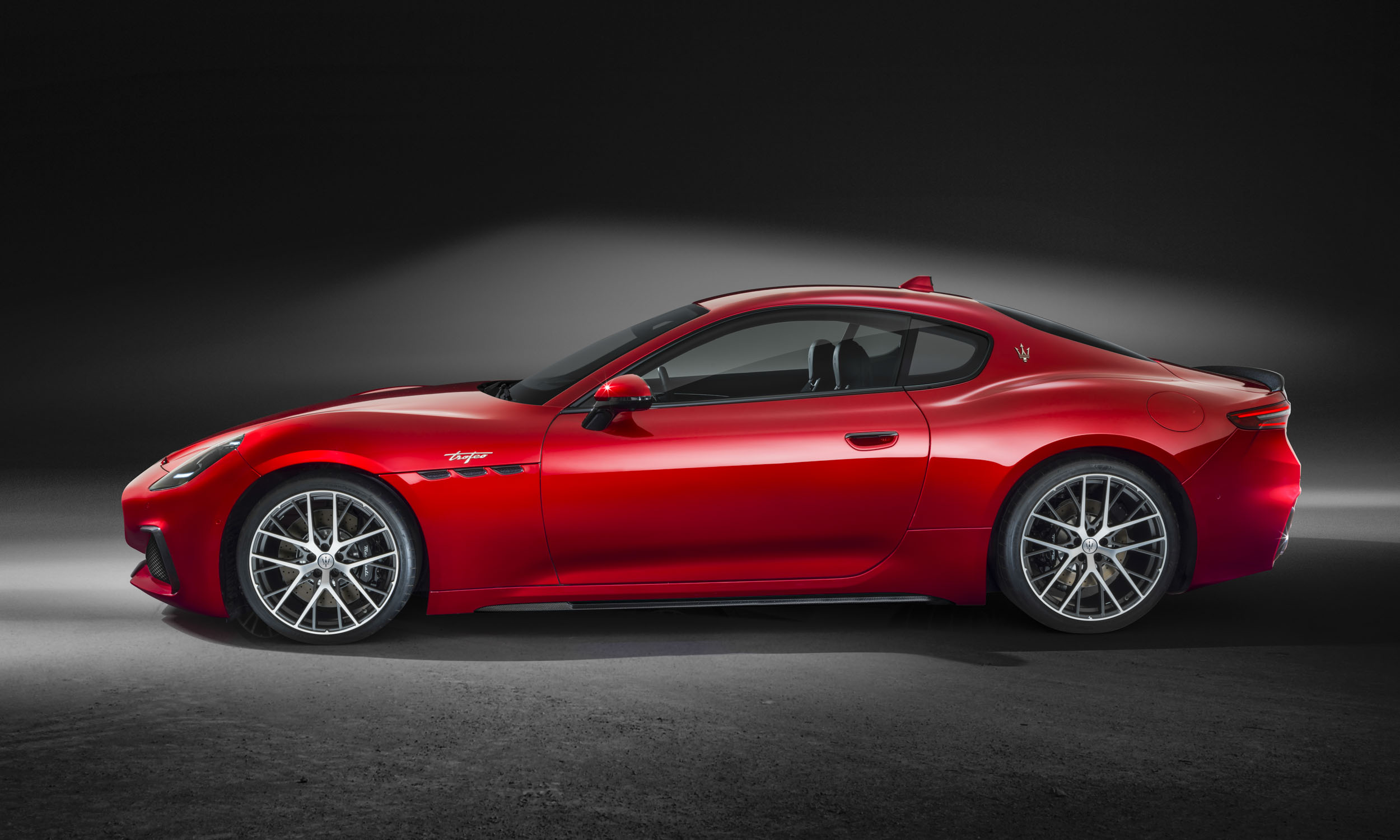 Proper Proportions
With a long hood and a sweeping windshield flowing to the rear, the GranTurismo carries perfect GT proportions, emphasizing both the performance and luxury of this new model. The staggered wheels of 21 inches at the rear and 20 inches up front help create an appearance of moving at speed. 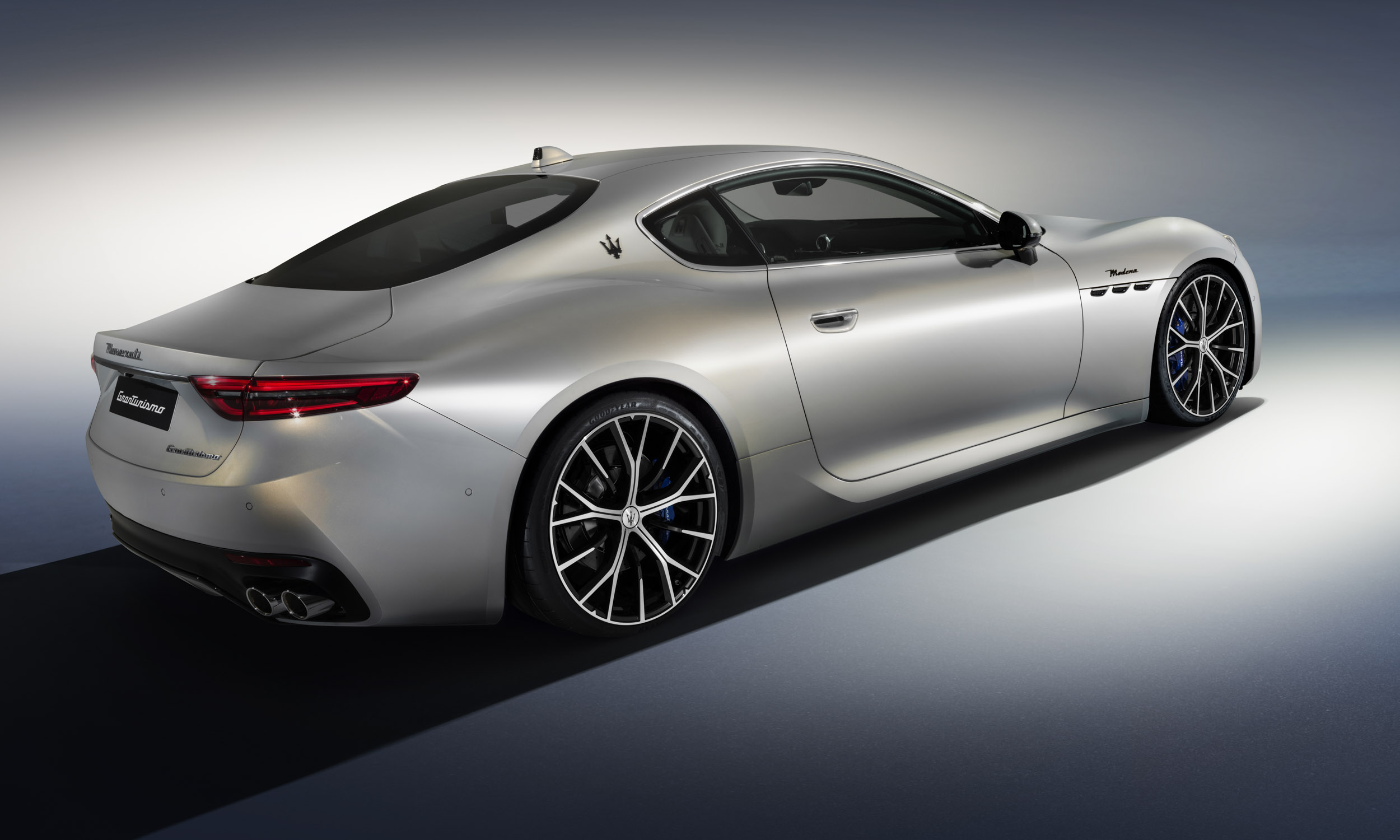 Rear View
The LED taillights of the new Maserati GranTurismo possess a distinctive design that showcases this new model even more noticeably at night. Lights wrap around the corners, adding to the car’s wide looks. Gas-powered models get integrated quad exhaust outlets, while the electric Folgore features cleaner styling and rear diffuser. 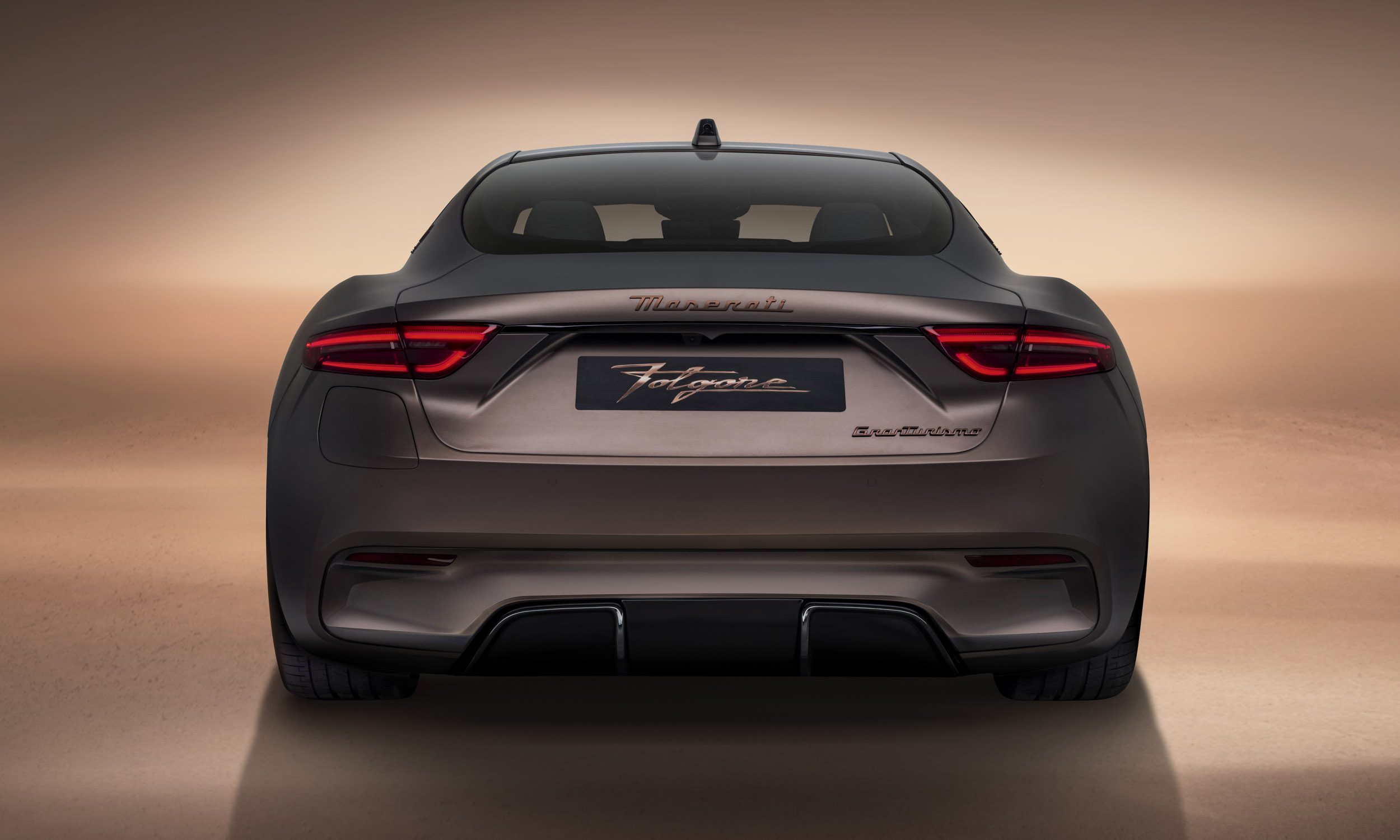 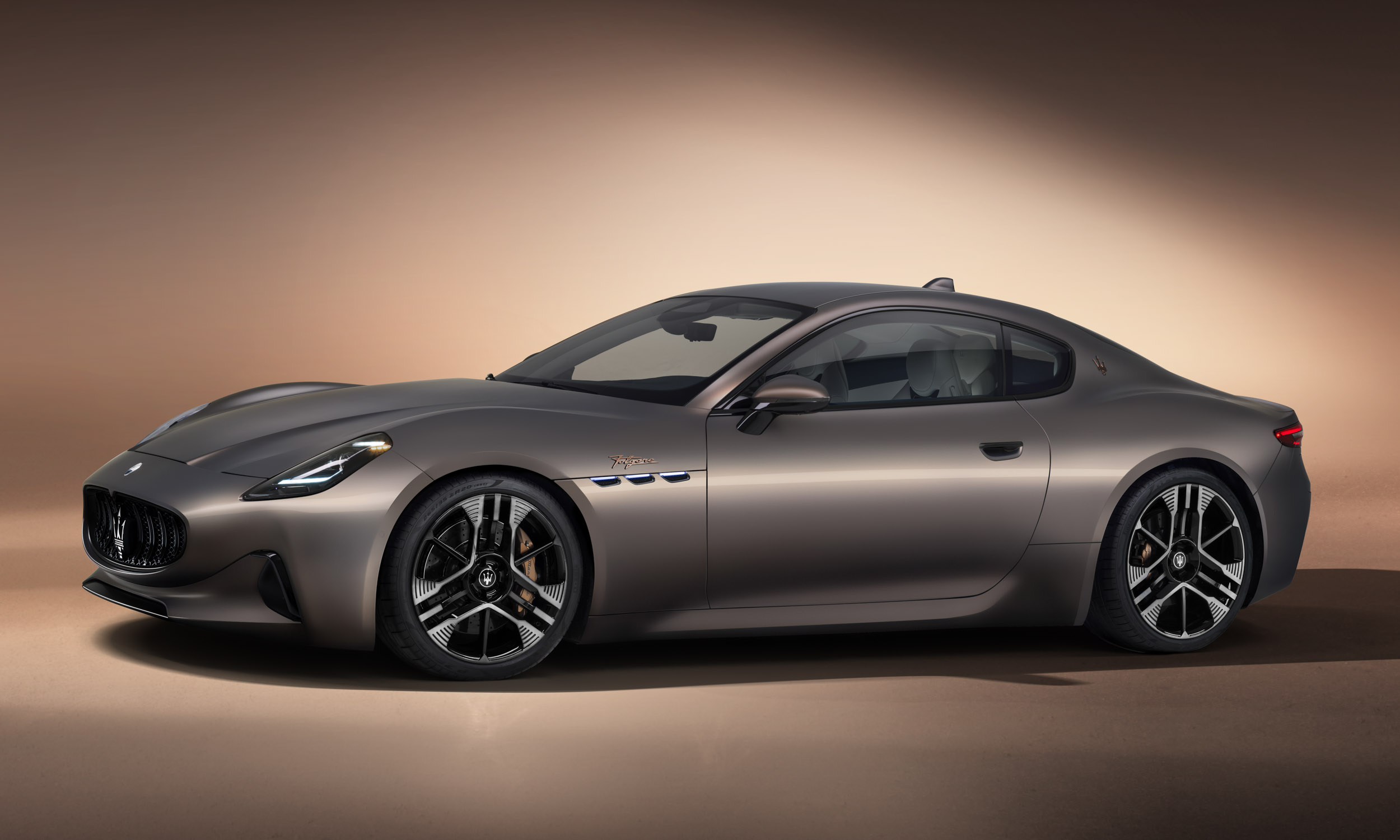 New Architecture
This modern-day GranTurismo gets built on new architecture designed from the start to work for both electric and ICE powertrains. Incorporating extensive use of lightweight materials such as aluminum and magnesium, the new GranTurismo is both lightweight and rigid for outstanding performance. This new structure also creates a roomier cabin so four adults can ride comfortably. 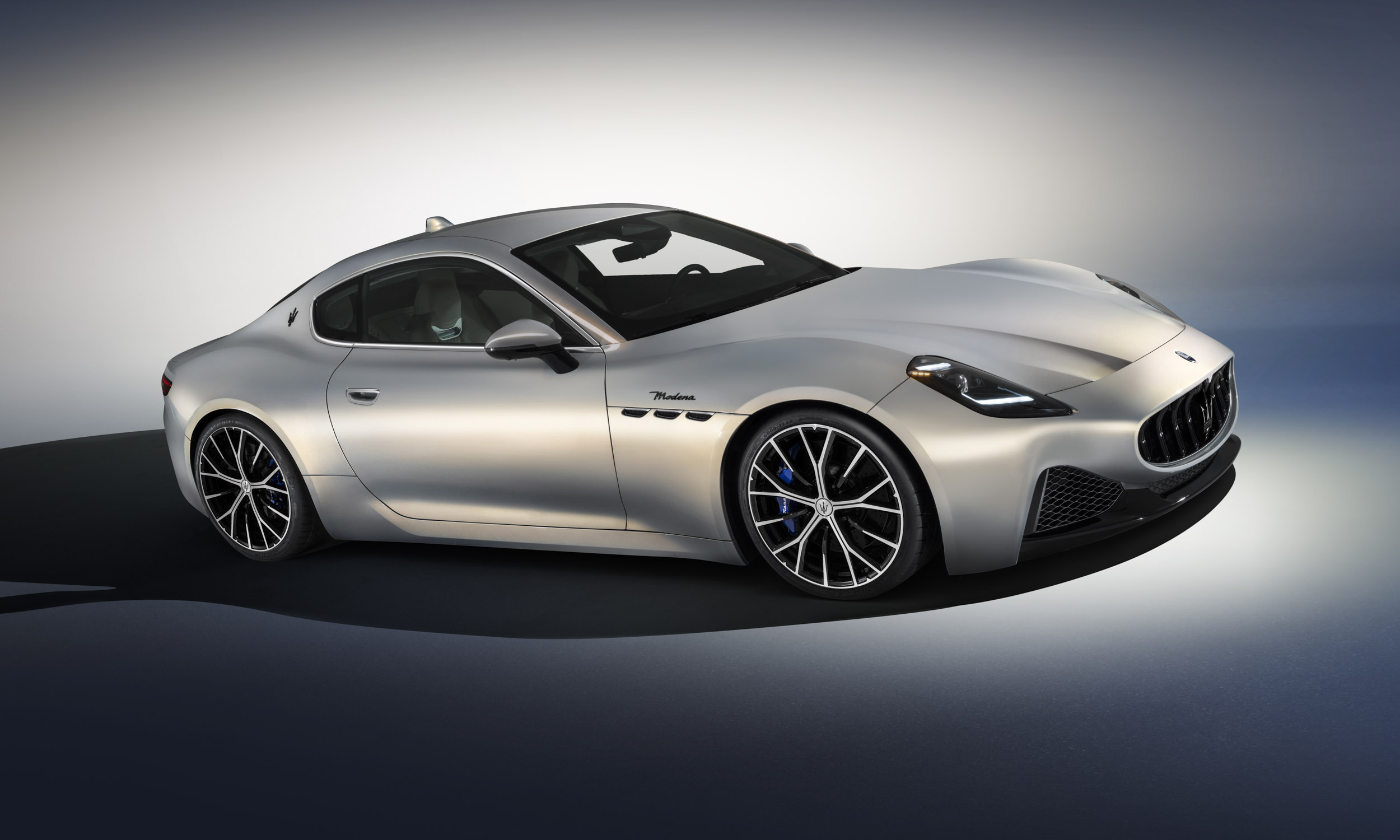 Model Lineup
Maserati will offer the GranTurismo in three trim levels: Modena, Trofeo and Folgore. The Modena and Trofeo will be powered by a twin-turbo V6 engine, while the Folgore will be the first-ever Maserati powered by an all-electric powertrain. 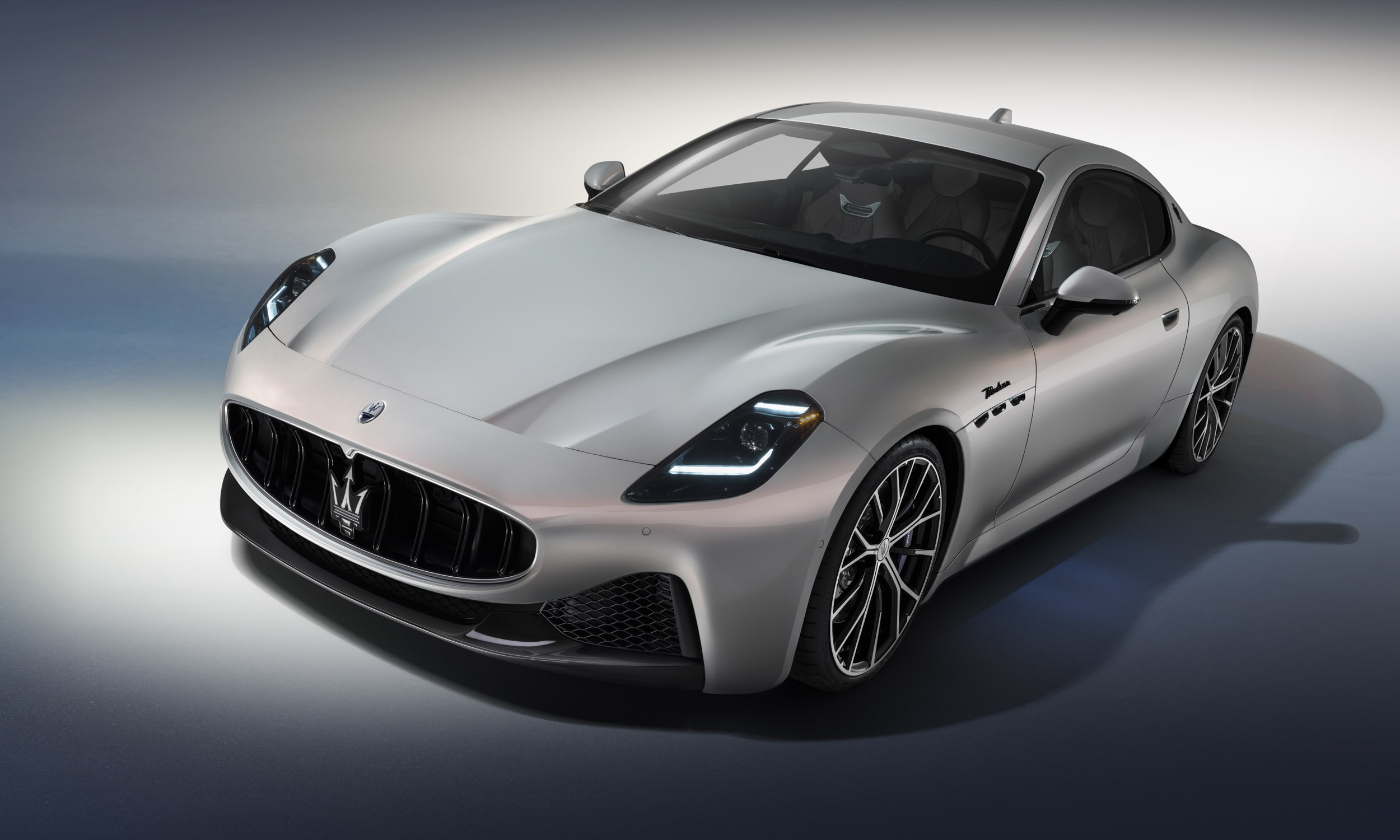 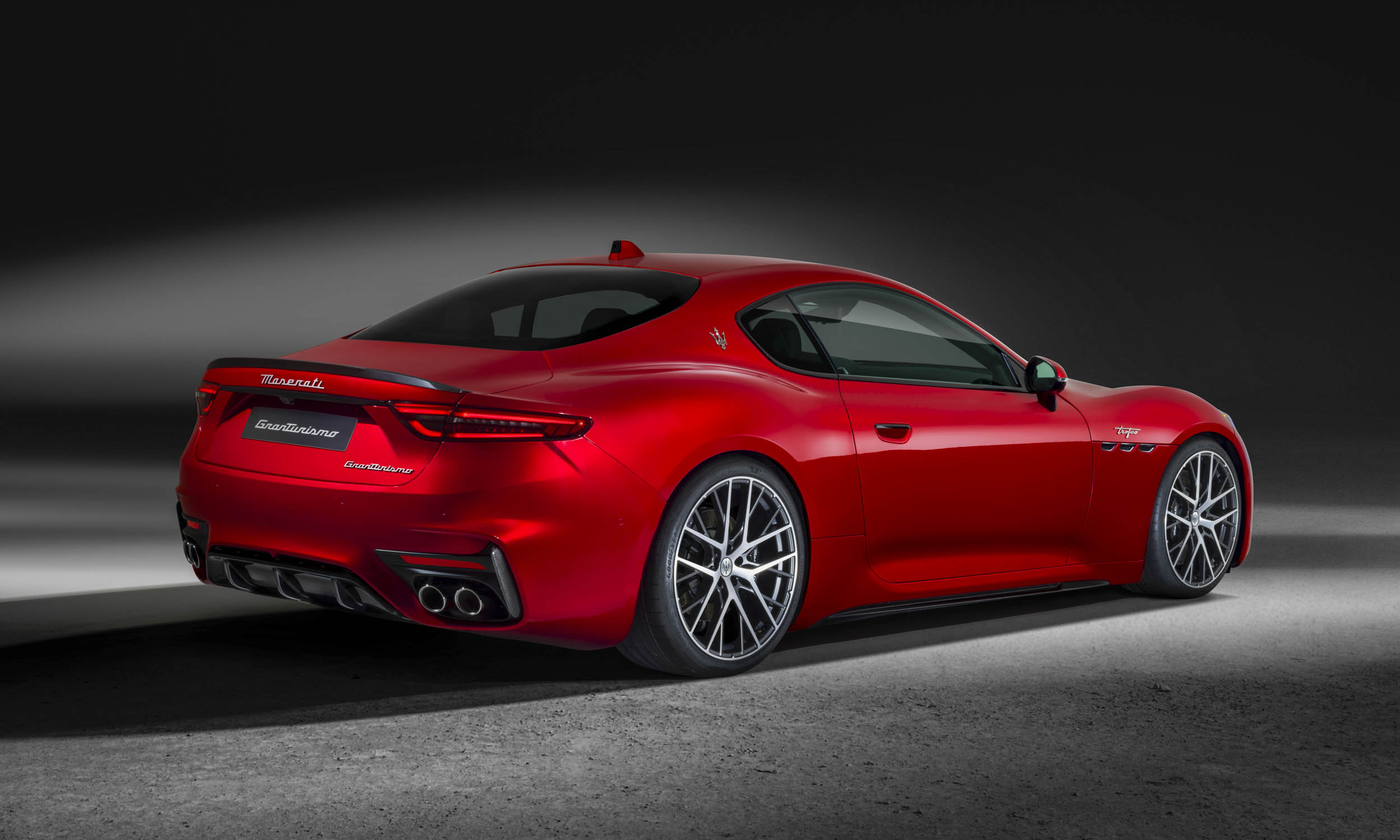 Turbo Performance
Both Modena and Trofeo offer impressive performance. The former can sprint to 100 km/h (62 mph) in 3.9 seconds with a top speed of 188 mph, while the Trofeo gets to 100 km/h in 3.5 seconds and will eventually reach almost 200 mph. 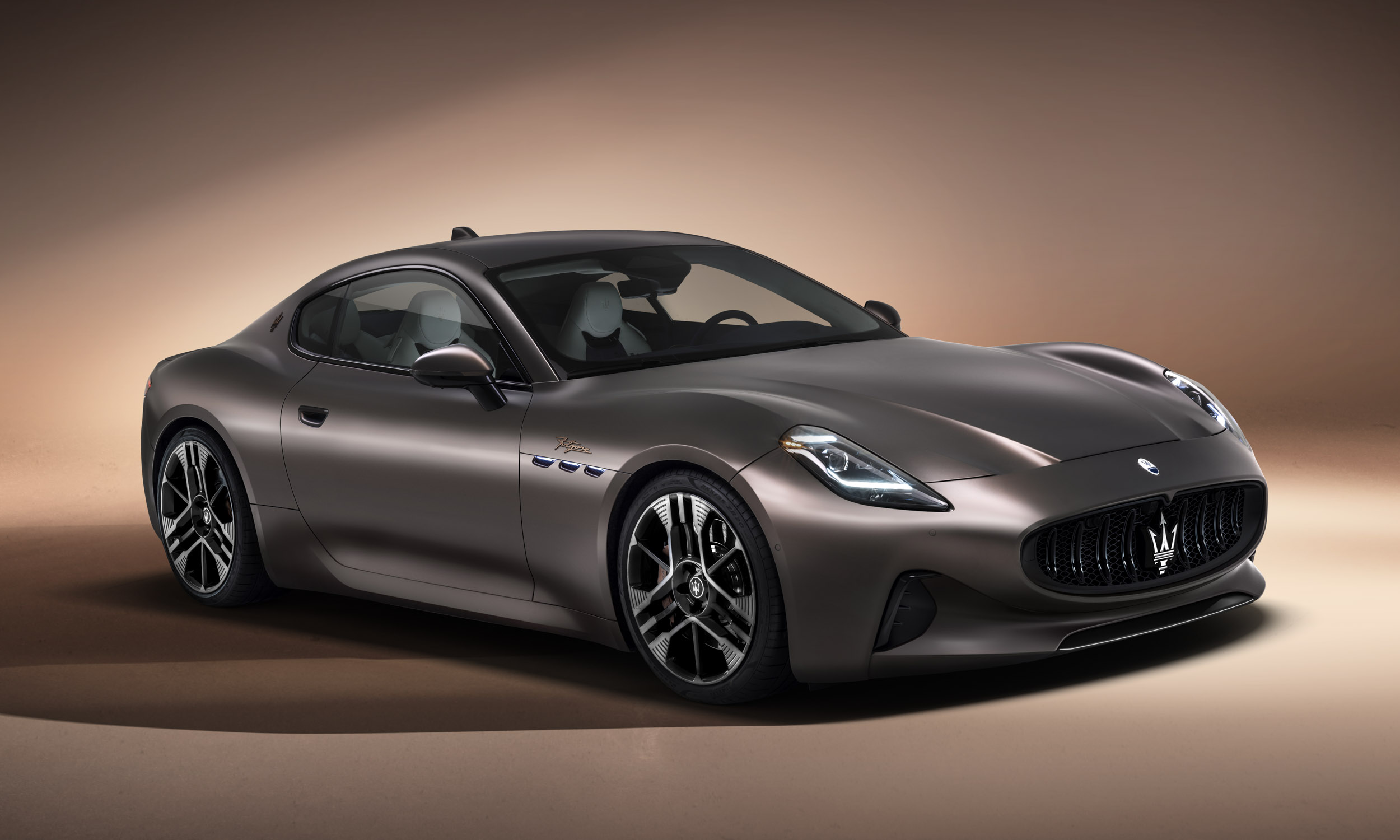 Full Electric
Maserati’s first electric model, the GranTurismo Folgore will utilize three motors — two at the rear, one at the front — to deliver a total of 750 horsepower and a mind-bending 996 lb-ft of torque. Power transfers to all four wheels, with the rear motors able to split that power between wheels, providing torque vectoring for improved handling and performance. Up to 100 percent of the power can be directed to the rear wheels for proper driving characteristics for which Maseratis are well known. 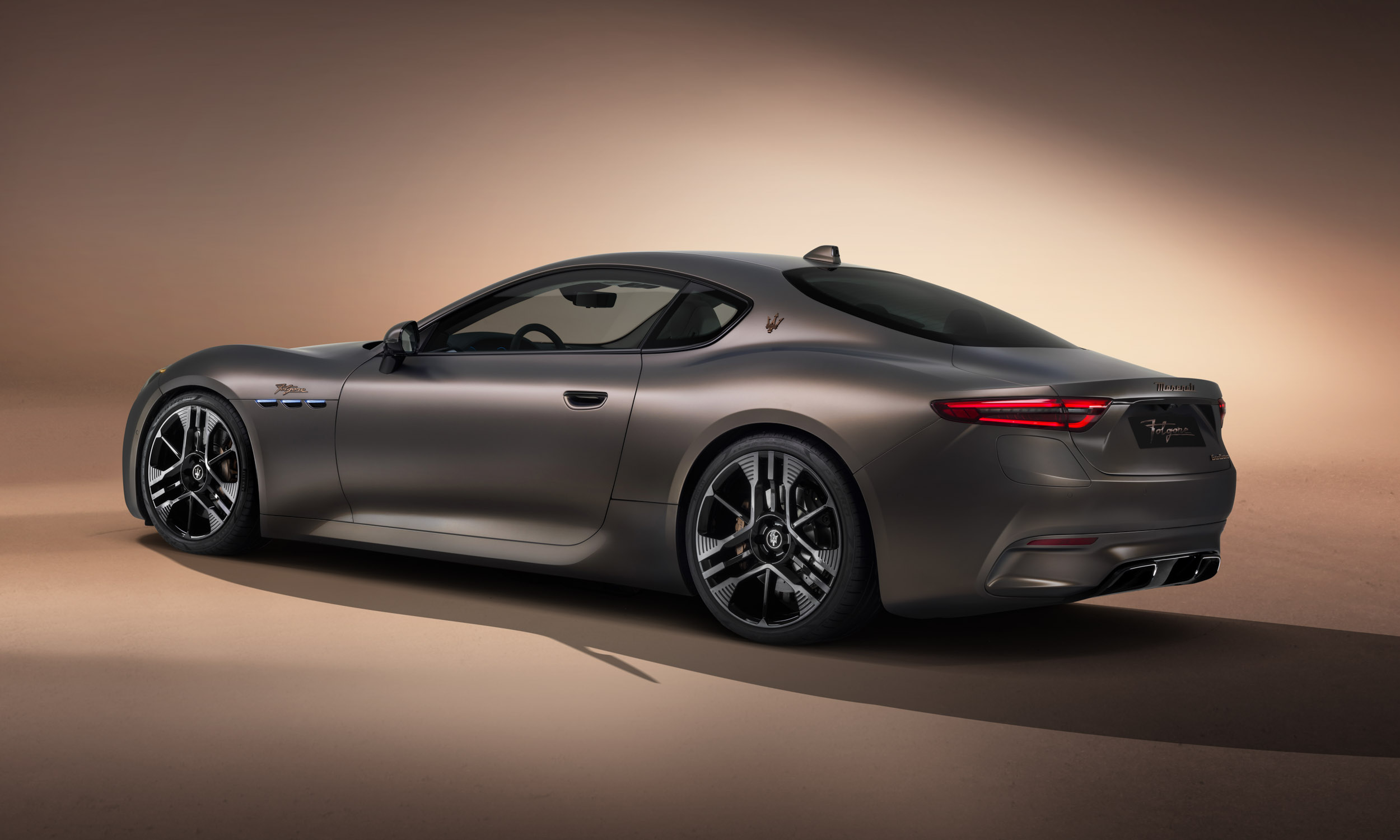 Electric Performance
Considerably quicker than its ICE-powered counterparts, the electric Folgore will reach 100 km/h in a mere 2.7 seconds and 200 km/h (124 mph) in 8.8 seconds. Top speed is just under 200 mph. 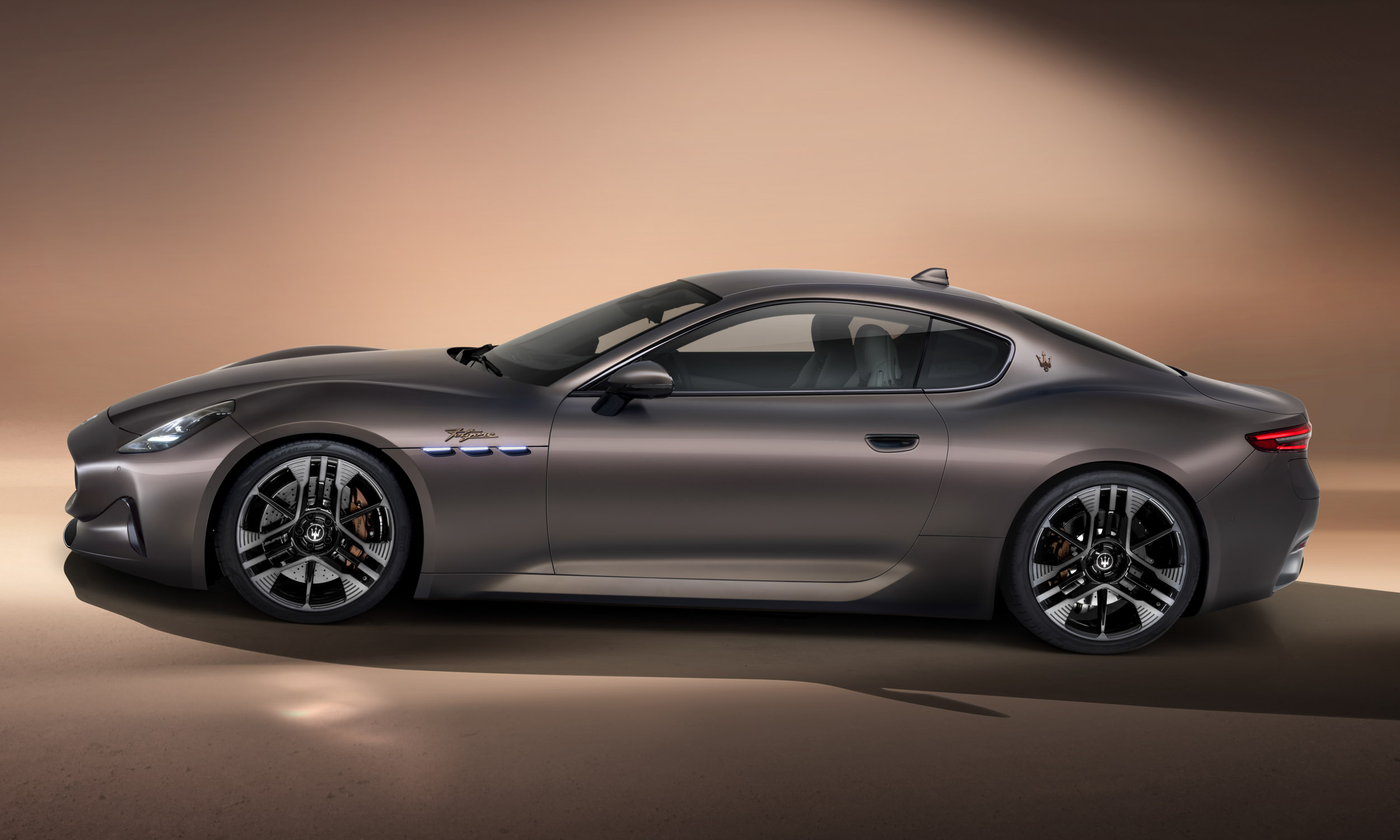 Batteries
The Folgore’s batteries are produced by the Mirafiori Battery Hub assembly plant in Turin, Italy, and have a capacity of 92.5 kWh. The batteries are mounted in a T-shaped pack, which avoids placing them under the seats, thus creating more seating space in the cabin as well as allowing the car to sit lower for optimal overall handling. According to Maserati, the new Folgore should have a range of about 280 miles between charges.

Sound
Not only are Maseratis easy on the eyes, they provide considerable audible stimulation thanks to lovely exhaust notes. We have no doubt that sound emanating from both GranTurismo Modena and Trofeo will befit a Maserati, but the Folgore is electric and therefore runs silently — or one would think. For the Folgore, Maserati engineers have captured the natural sound of the electric motors and digitally enhanced and integrated it with the sound of a traditional Maserati V8. The result is a unique audio signature naturally generated and then refined, ultimately broadcast through speakers inside and outside the car. 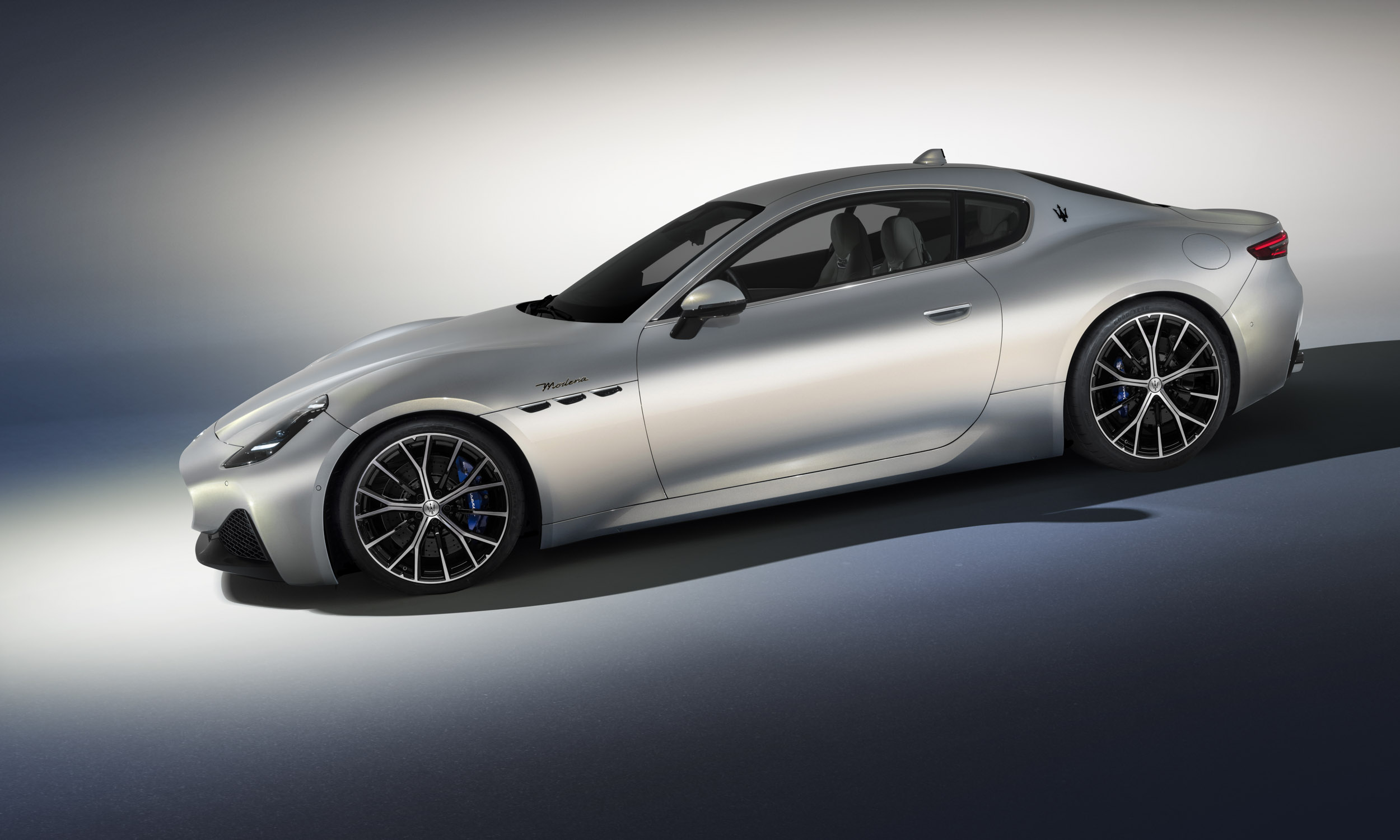 High-Tech Interior
Maserati has not yet released images of the new GranTurismo’s interior, but we know it will be a proper blend of traditional high-end materials and the latest high-tech functionality. The central display is a 12.3-inch touchscreen with an additional 8.8-inch comfort display, both positioned for immediate access by the driver. Wireless Android Auto and Apple CarPlay provide easy integration, and two phones can be connected simultaneously. Adding to the high-tech look is a 12.2-inch digital driver display as well as a configurable head-up display. The iconic Maserati clock is now digital; however, it can show the classic analog display or a range of other styles. 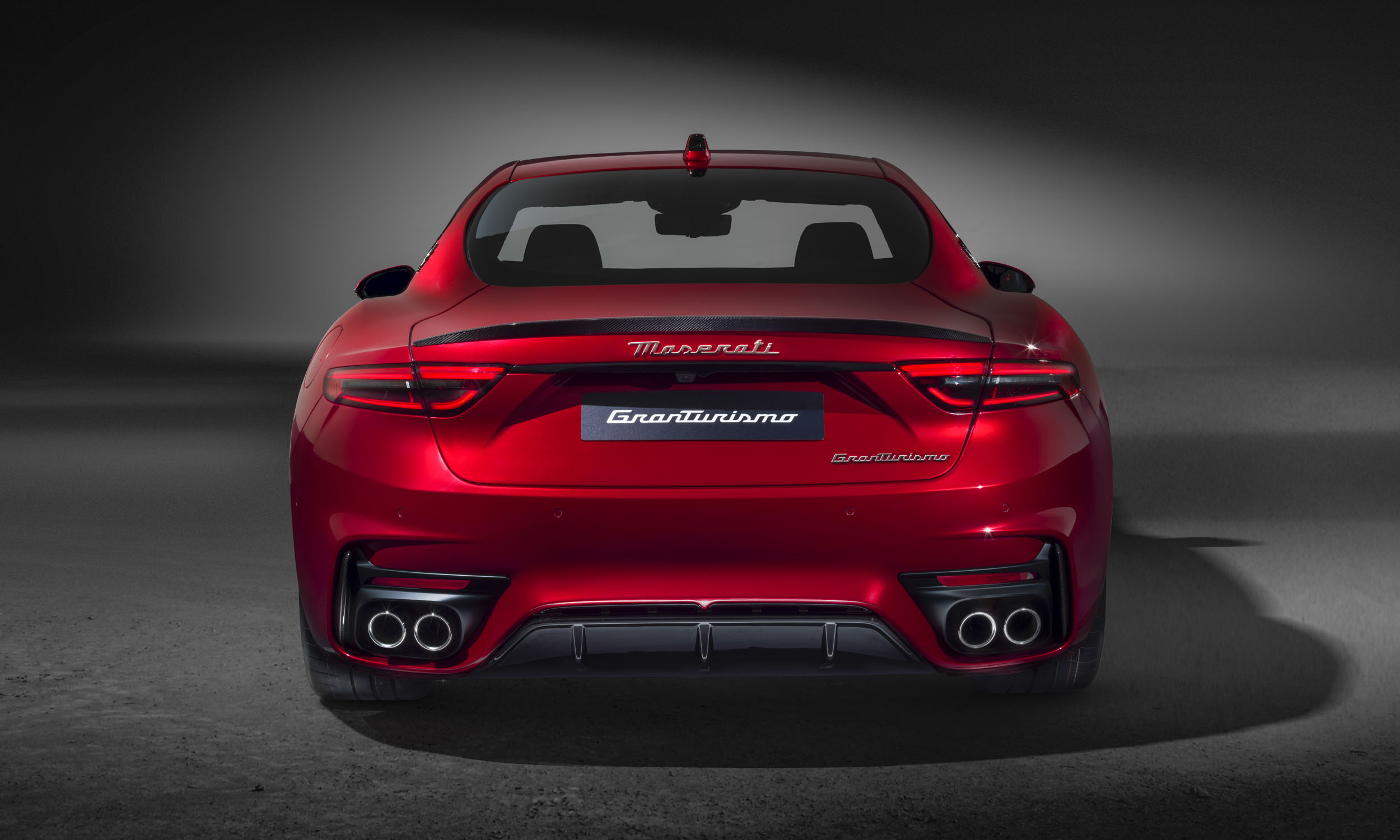 Coming Next Year
The new Maserati GranTurismo Modena and Trofeo are expected to begin arriving at showrooms in the second quarter of 2023, with prices expected to start around $175,000. The all-electric GranTurismo Folgore should arrive shortly thereafter. Later next year, we anticipate the Italian marque will announce the addition of the GranCabrio convertible to the lineup.