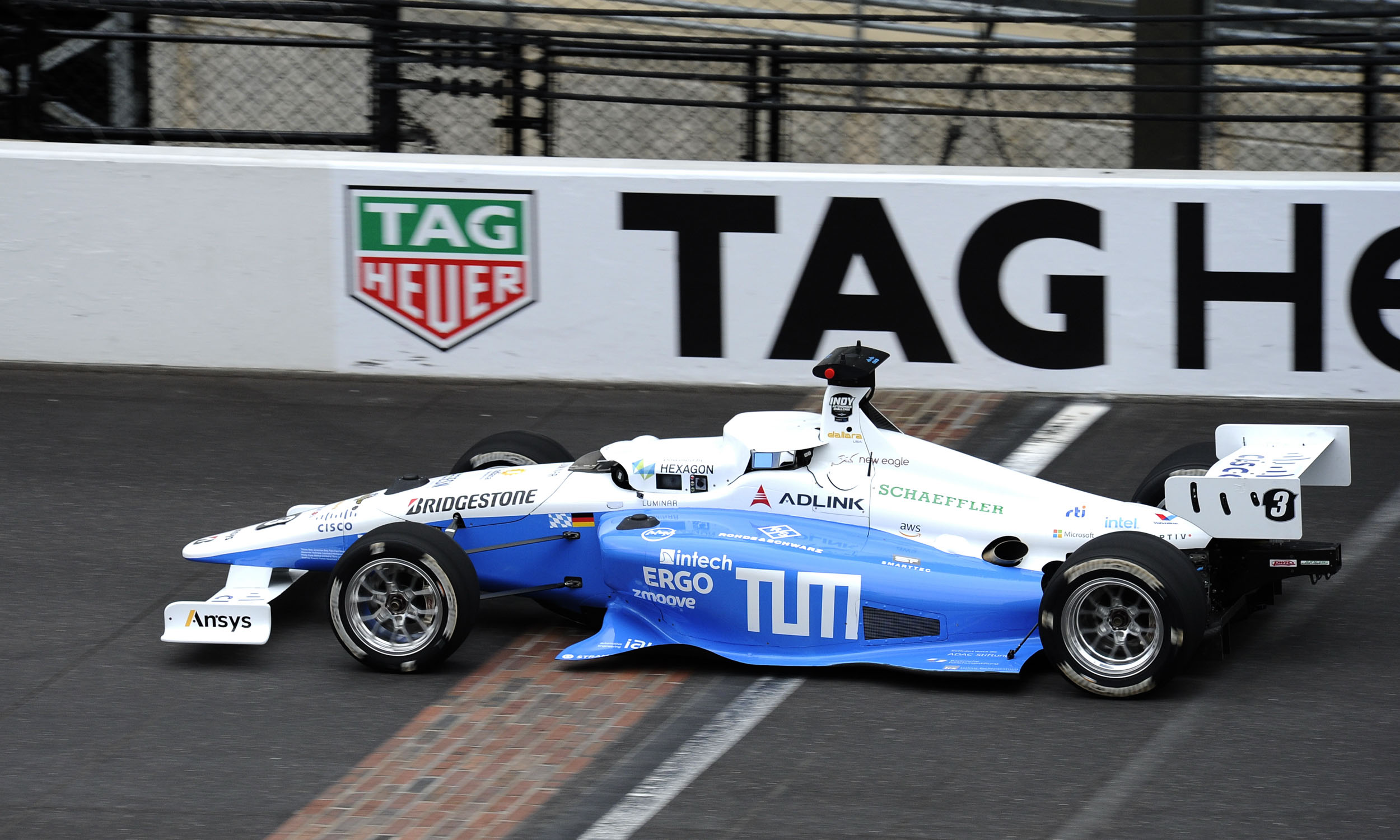 © Mike Young/IMS
2021 Indy Autonomous Challenge
A team from a technical university in Munich, Germany, recently won a $1 million prize by programming a driverless race car to victory in the first autonomous race car competition held at the Indianapolis Motor Speedway. At the Indy Autonomous Challenge Powered by Cisco, nine teams of students from 21 universities around the world entered to compete for the grand prize. On October 23, the TUM Autonomous Motorsport team from Technische Universitat Munchen recorded a two-lap average speed of 135.944 mph around the Indianapolis Motor Speedway to take the win. 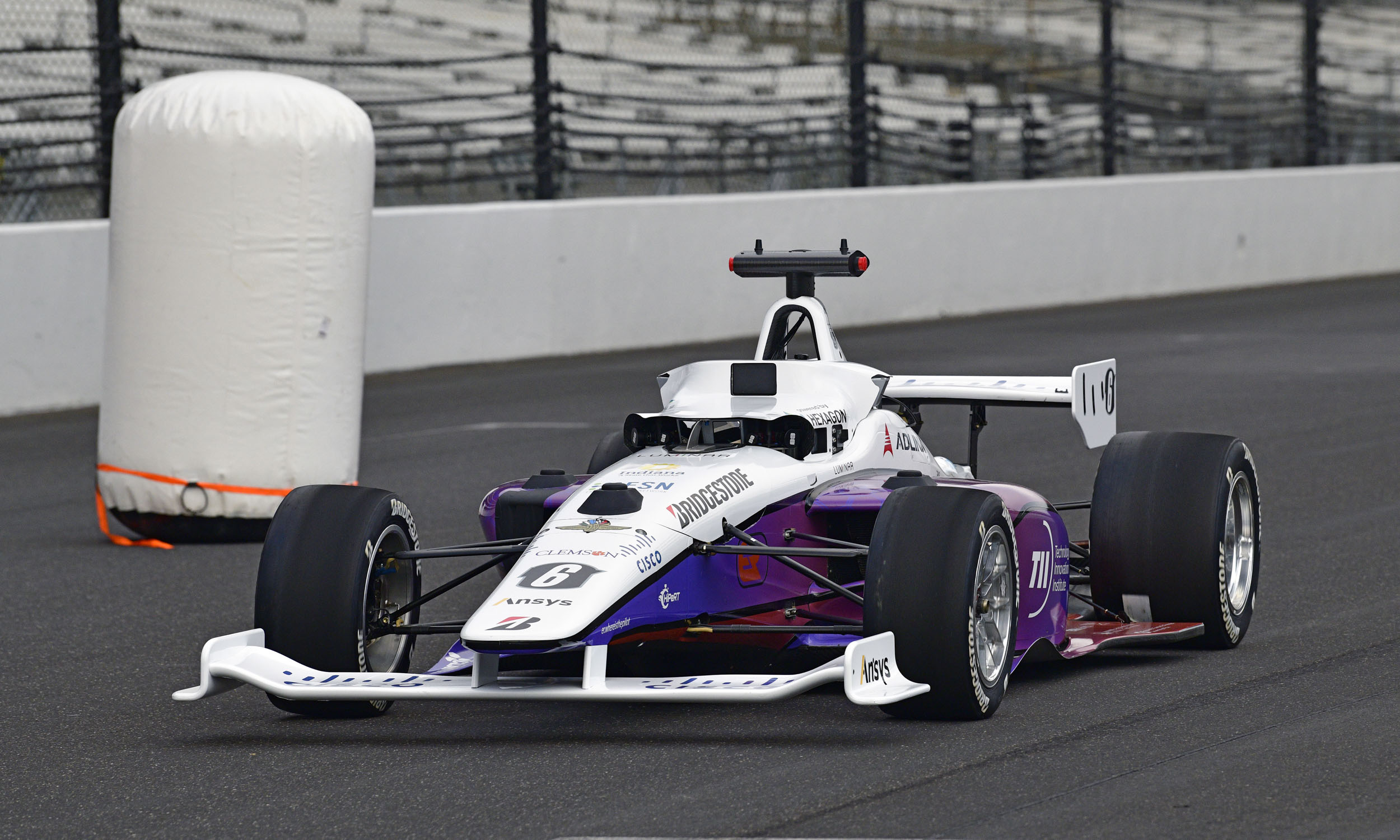 © Walt Kuhn/IMS
Four-Lap Challenge
After meeting qualifying criteria, teams entered to compete in a time-trial competition semi-final event — a four-lap challenge with an obstacle-avoidance component. With one car on the track at a time, each car completed a warm-up lap, two timed laps and a cooldown lap. 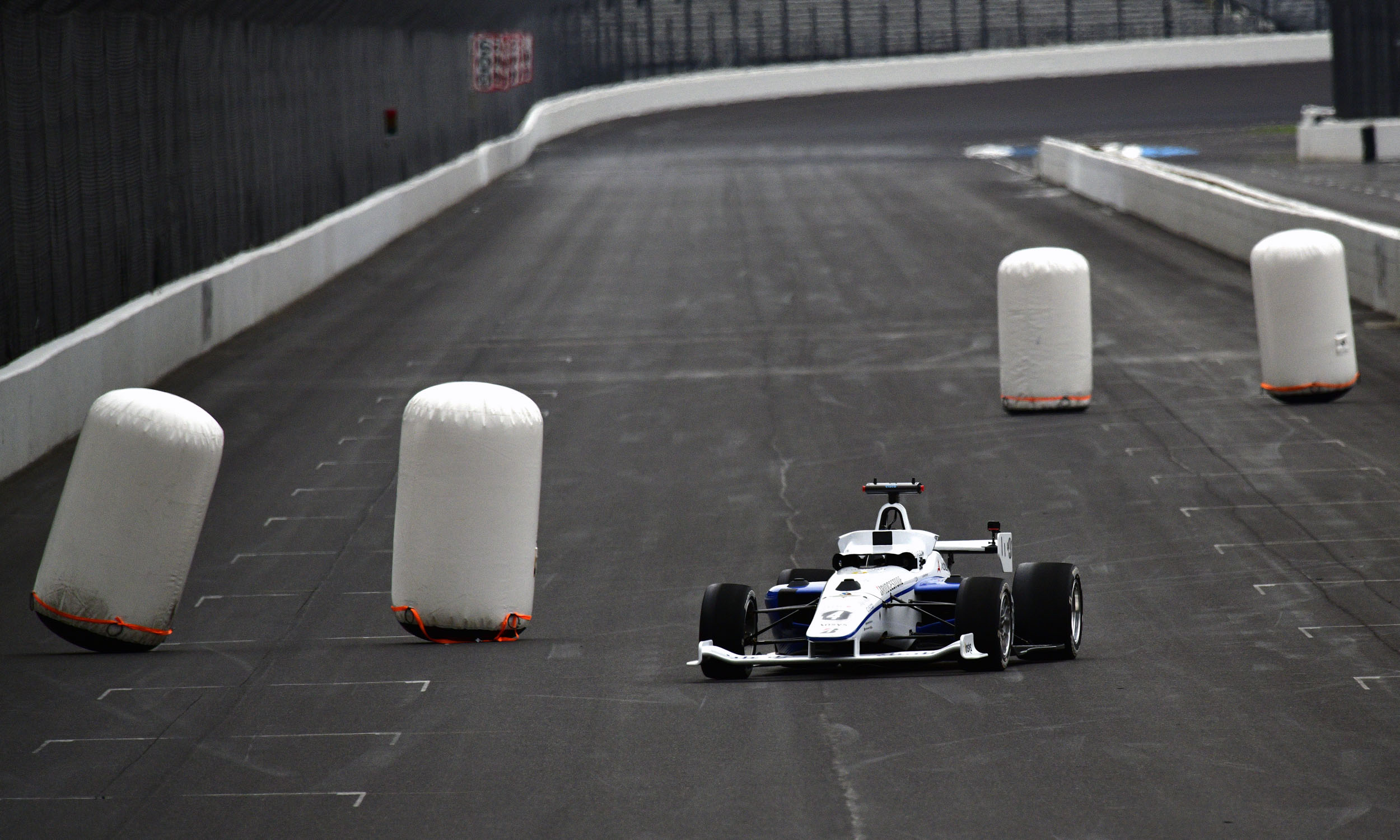 © Walt Kuhn/IMS
Obstacle Avoidance
On the final lap, race stewards placed an obstacle on the front straight which the race cars had to avoid to successfully receive credit for the timed laps. Race rules required each car to run fully autonomously and comply with all commands from race control to be credited with the average speed for the two timed laps. 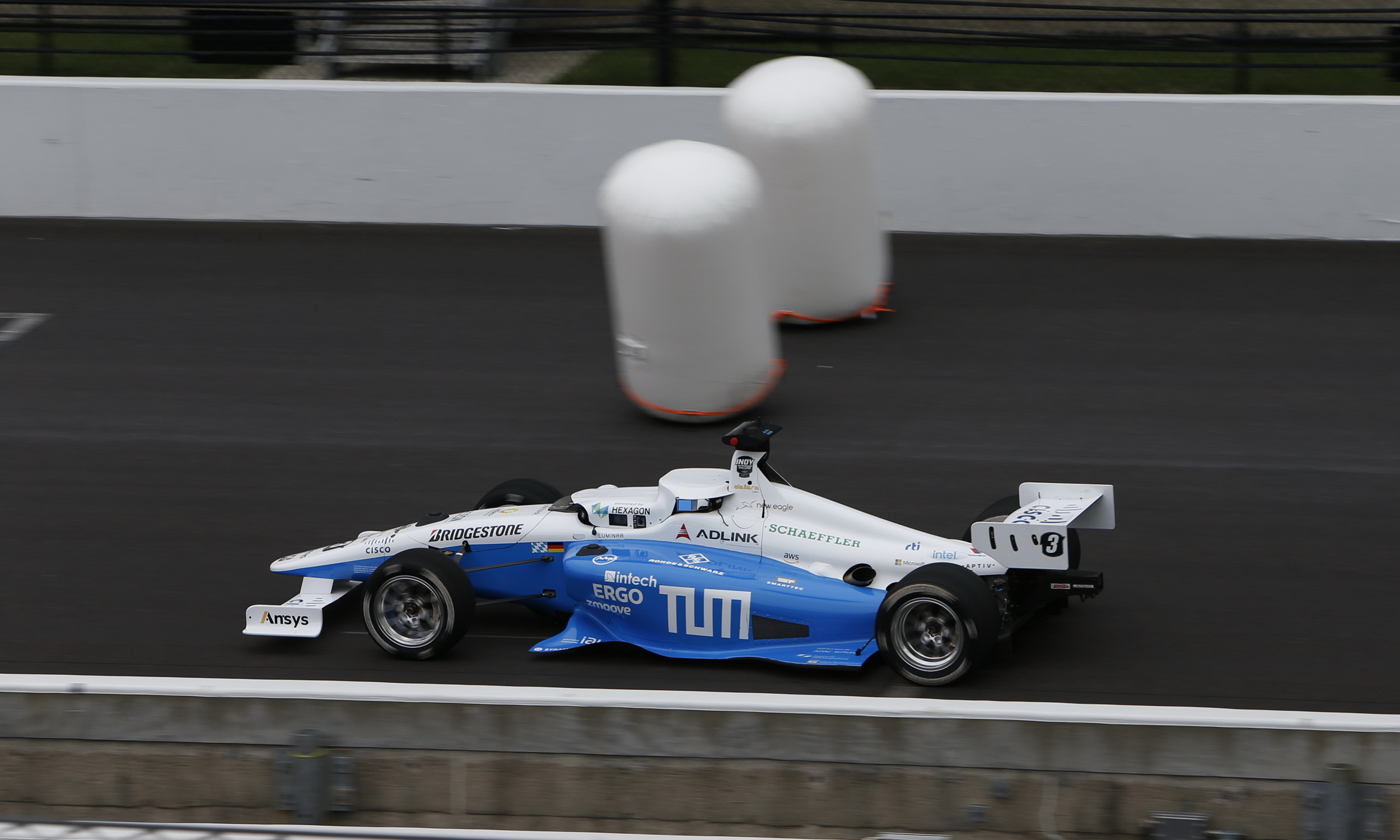 © Chris Jones/IMS
Attrition in Semi Final
According to a report by the Indianapolis Star, only four of the nine teams successfully completed official runs during the semi-final challenge. Other team cars experienced crashes or had other technical issues. One team chose not to compete based on issues encountered during testing. 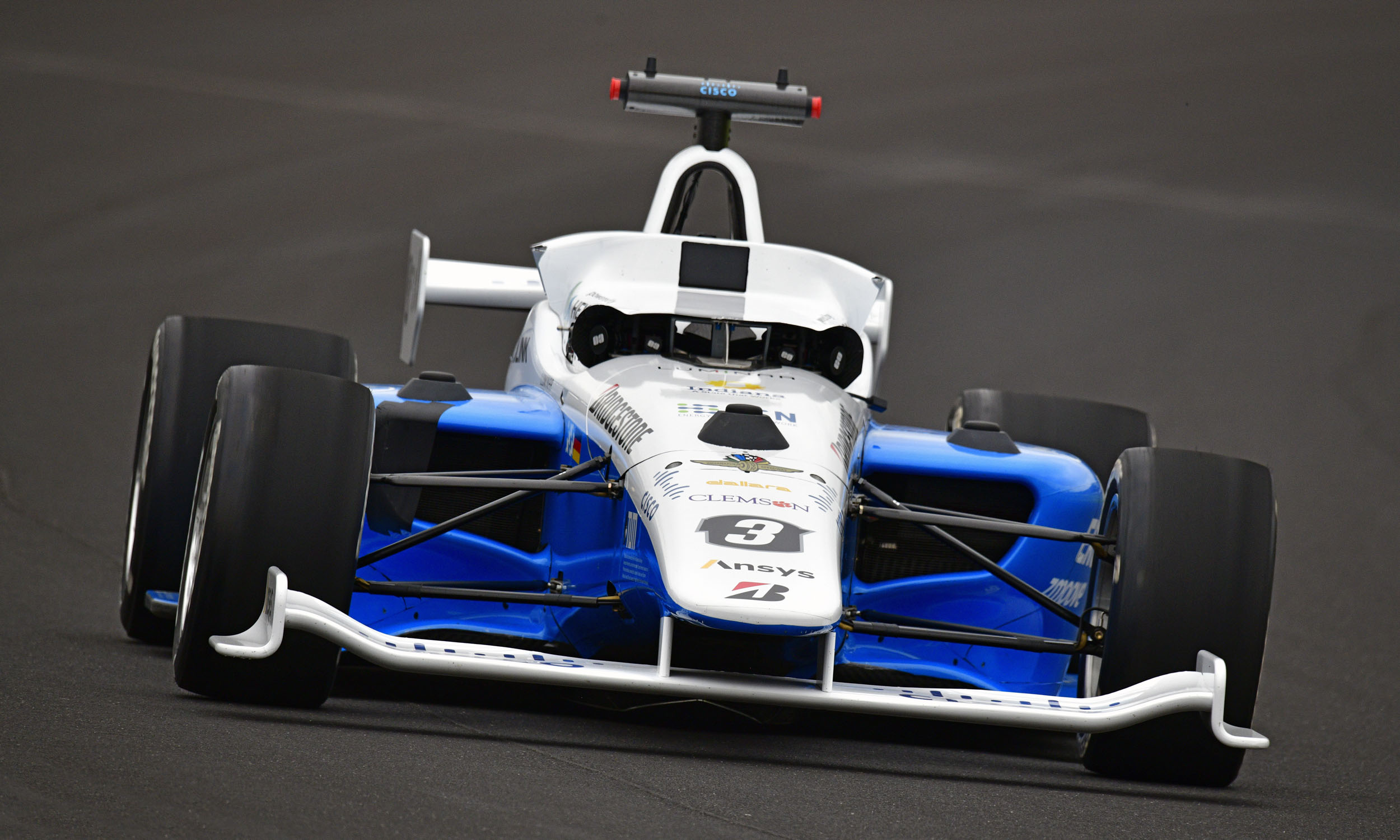 © Walt Kuhn/IMS
Final Event
The top three teams from the semi-final competed in a final event that consisted of four warm-up laps and two timed laps. TUM achieved the top two-lap average speed in the final event at 135.944 mph around the 2.5-mile oval. 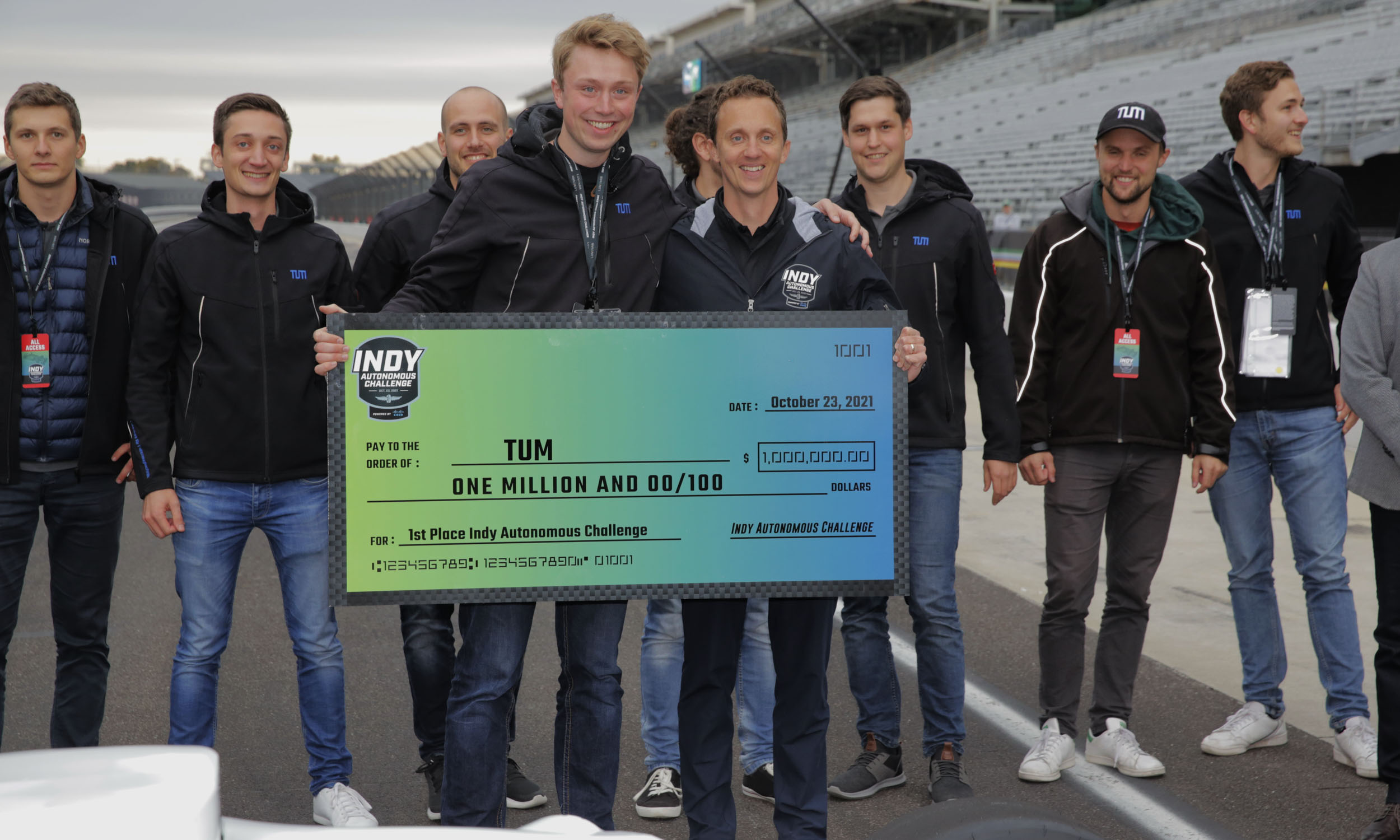 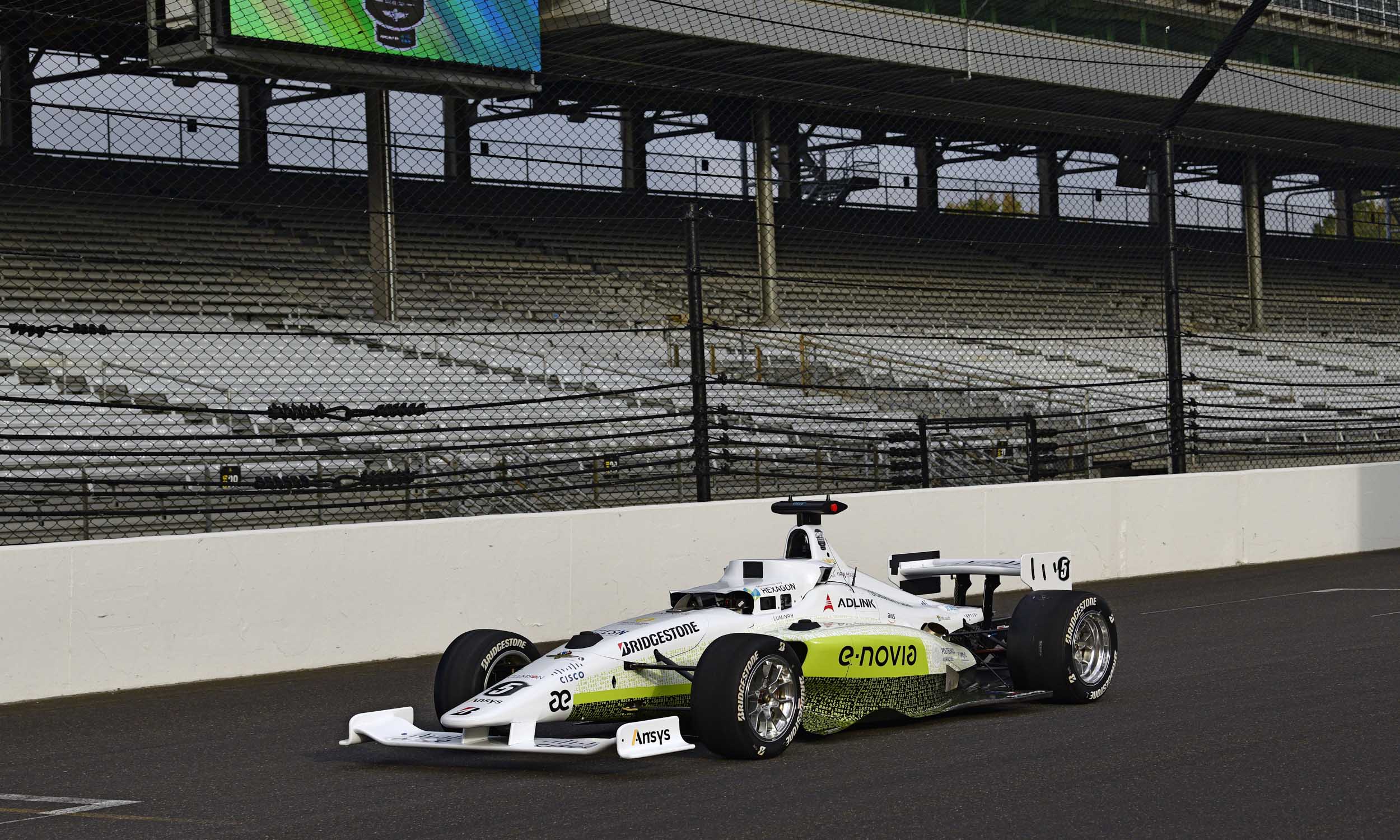 © Walt Kuhn/IMS
Inaugural Indy Autonomous Challenge
While the 2021 IAC is a first step toward the vision of 20 autonomous cars racing side-by-side at speeds approaching 200 mph at the Indianapolis Motor Speedway, it’s still impressive that a race car without a driver can lap the speedway at an average speed of 135 mph, relying solely on software and components onboard the vehicle. 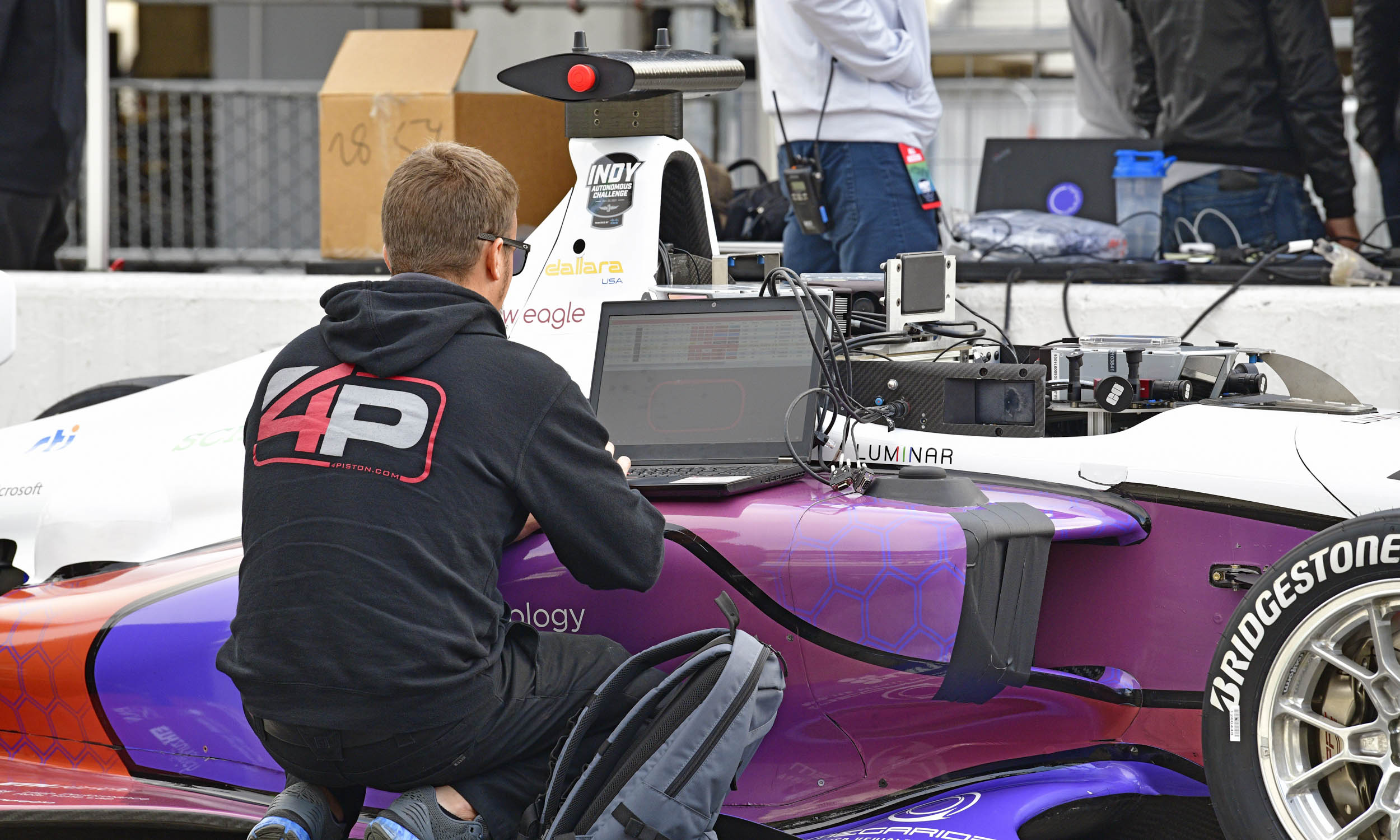 © Walt Kuhn/IMS
Cross-Industry Collaboration
The concept for the Indy Autonomous Challenge developed in early 2019, and the inaugural event was a partnership between Energy Systems Network — a cross-industry collaborative team that addresses global energy challenges — and the Indianapolis Motor Speedway. The primary goal of the IAC is to advance technology that can speed the commercialization of fully autonomous vehicles and deployments of advanced driver-assistance systems. These enhancements will lead to increased safety and performance in motorsports as well as all modes of commercial transportation. 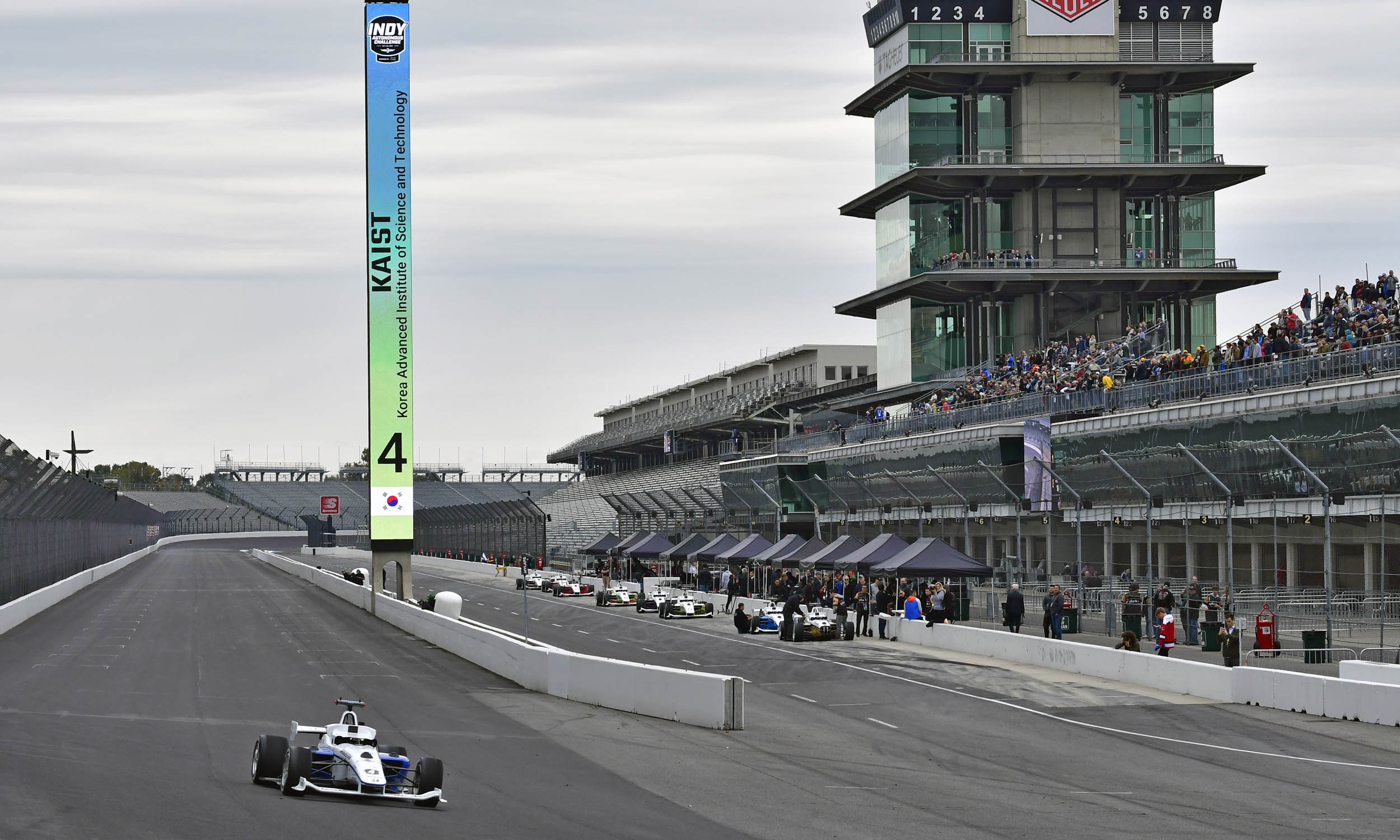 © Walt Kuhn/IMS
Committed Partnership
“The IAC would not be possible without the generous support of Lilly Endowment Inc. and the Indiana Economic Development Corporation, which have been committed partners since the beginning,” said Paul Mitchell, president and CEO of Energy Systems Network, co-organizers of the competition with Penske Entertainment. “The prize money won by TUM Autonomous Motorsport will go to the Technische Universitat Munchen (Technical University of Munich, Germany), to support the university’s efforts to further autonomous technology research and development,” Mitchell concluded.