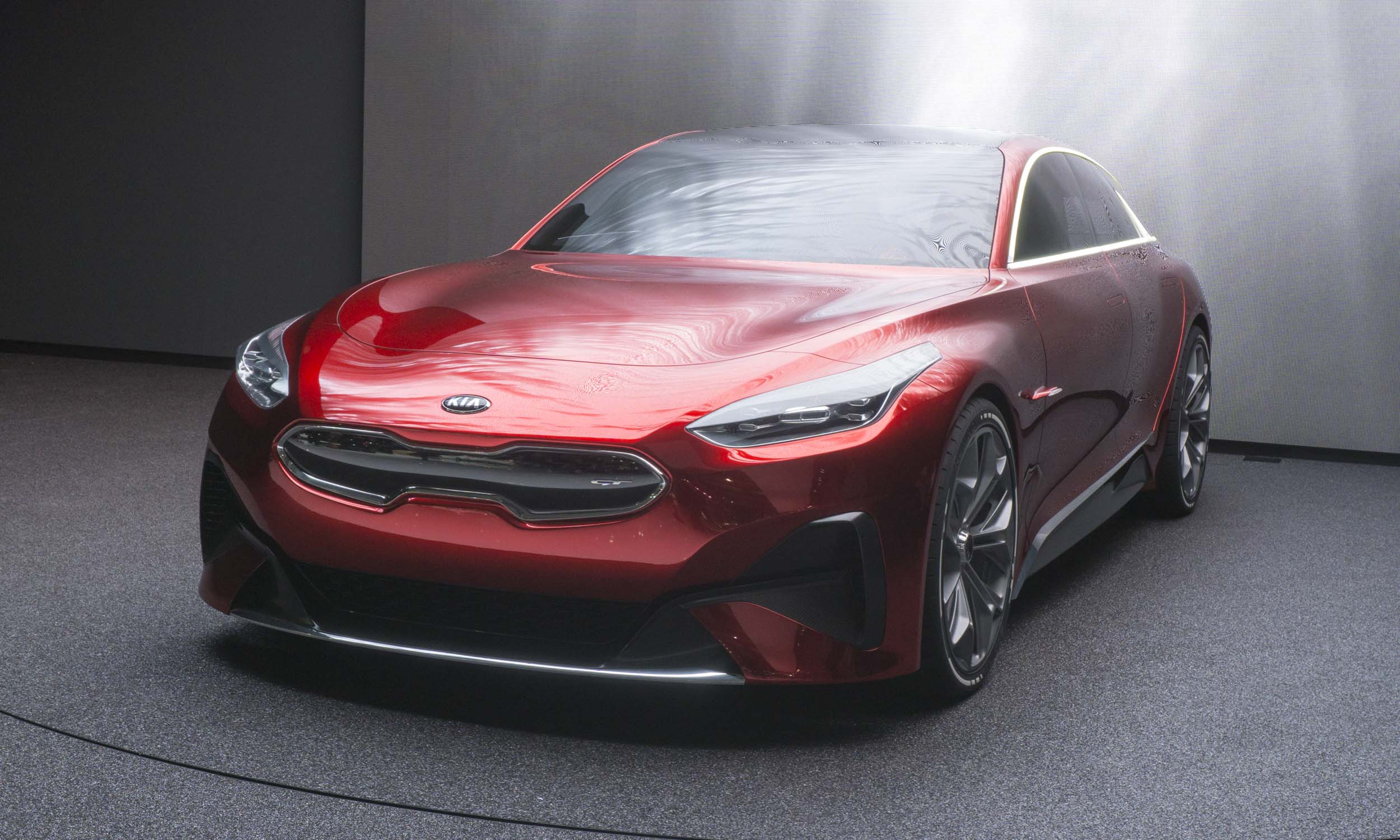 Favorite Concept
The Kia Proceed Concept is easily one of the sexiest cars at this year’s Frankfurt show. Designed at Kia’s European design center, the Proceed Concept is referred to as an “extended hot hatch”. The five-door concept has a sleek silhouette and rides low, giving the impression of performance and speed. The concept was created to provide a look at the next-generation Kia cee’d, a compact model that is sold exclusively in Europe.  Unfortunately it is just a concept so unlikely to go into production. And its based on a vehicle that is not sold in America, so the odds of seeing anything like this on American roads is rather remote. But we can still enjoy looking at it. 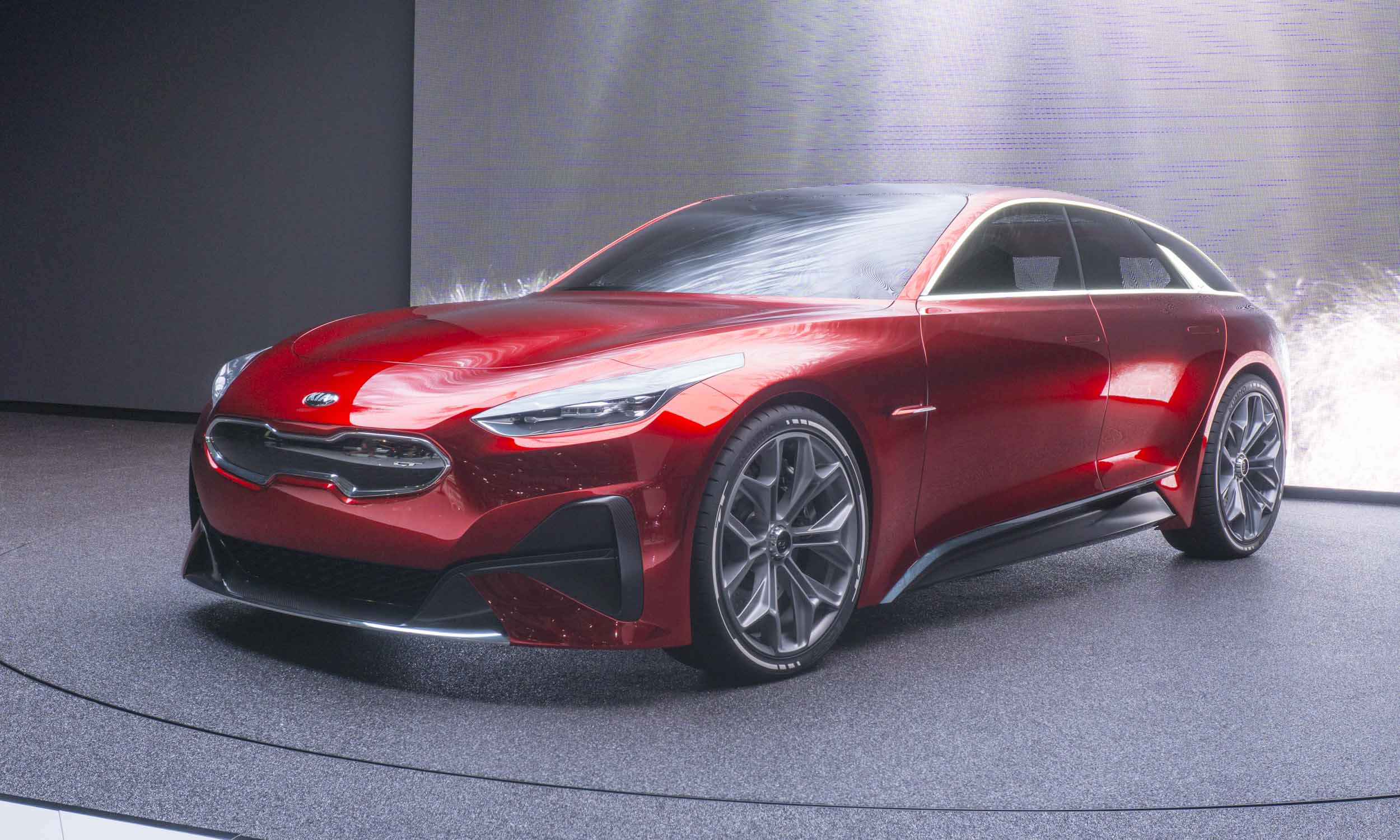 Cool lighting
Many cars, including Kias, can be identified easily by their running lights, however the Proceed Concept takes these lights to a new level.  Gregory Guillaume, Chief Designer Europe for Kia Motors, explained: “This inspired us to take a step further and develop what we call the ‘Luminline’ – an illuminated outline of the Proceed concept’s glasshouse that greets drivers as they approach the car. This serves as a powerful nocturnal visual identifier when the car is on the move.” 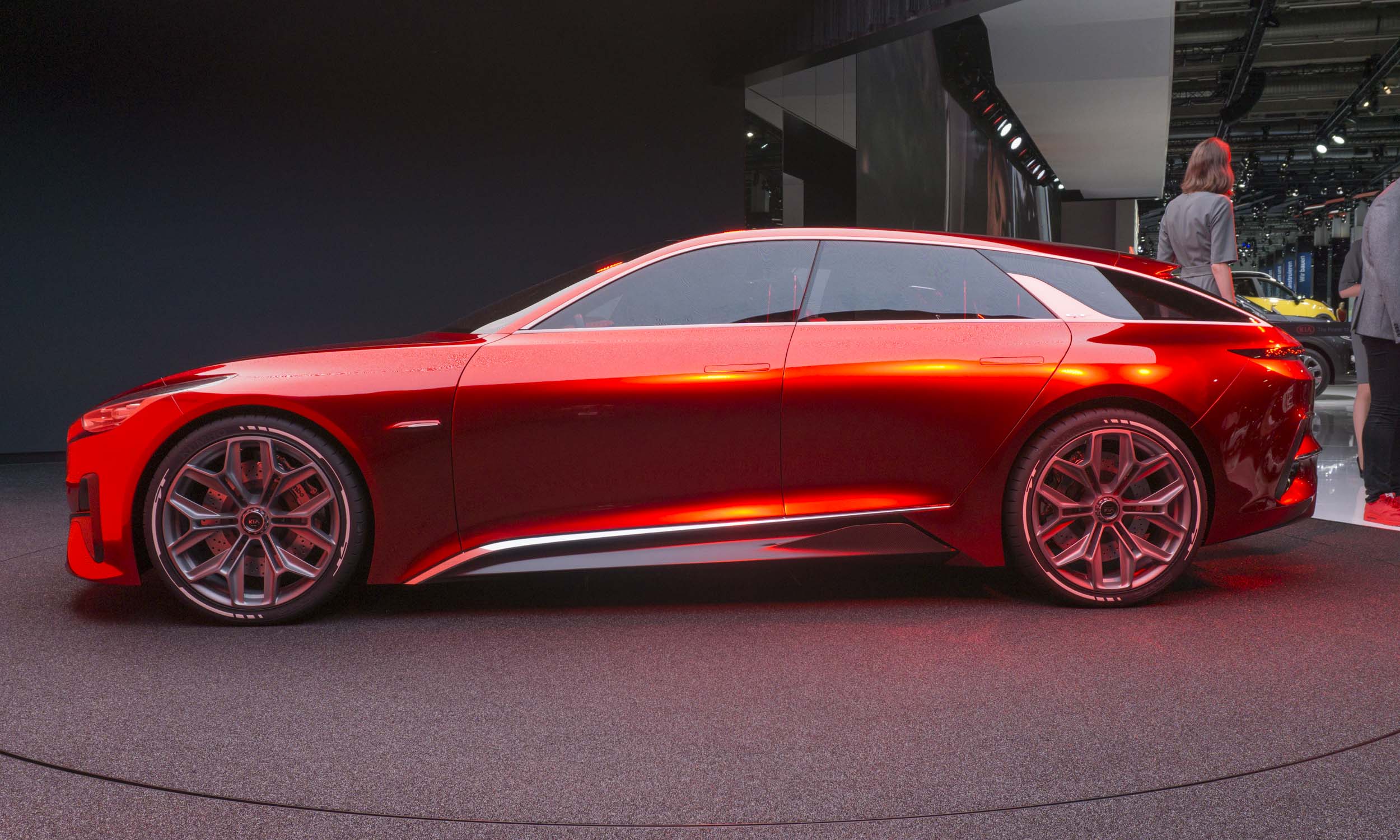 Unique Paint
The Proceed Concept is coated in a unique Lava Red paint that seems to glow. It was created through a lengthy process that included 19 hand-applied layers of black, chrome-effect silver and red tinted lacquer that resulted in this glossy and lustrous paint finish. 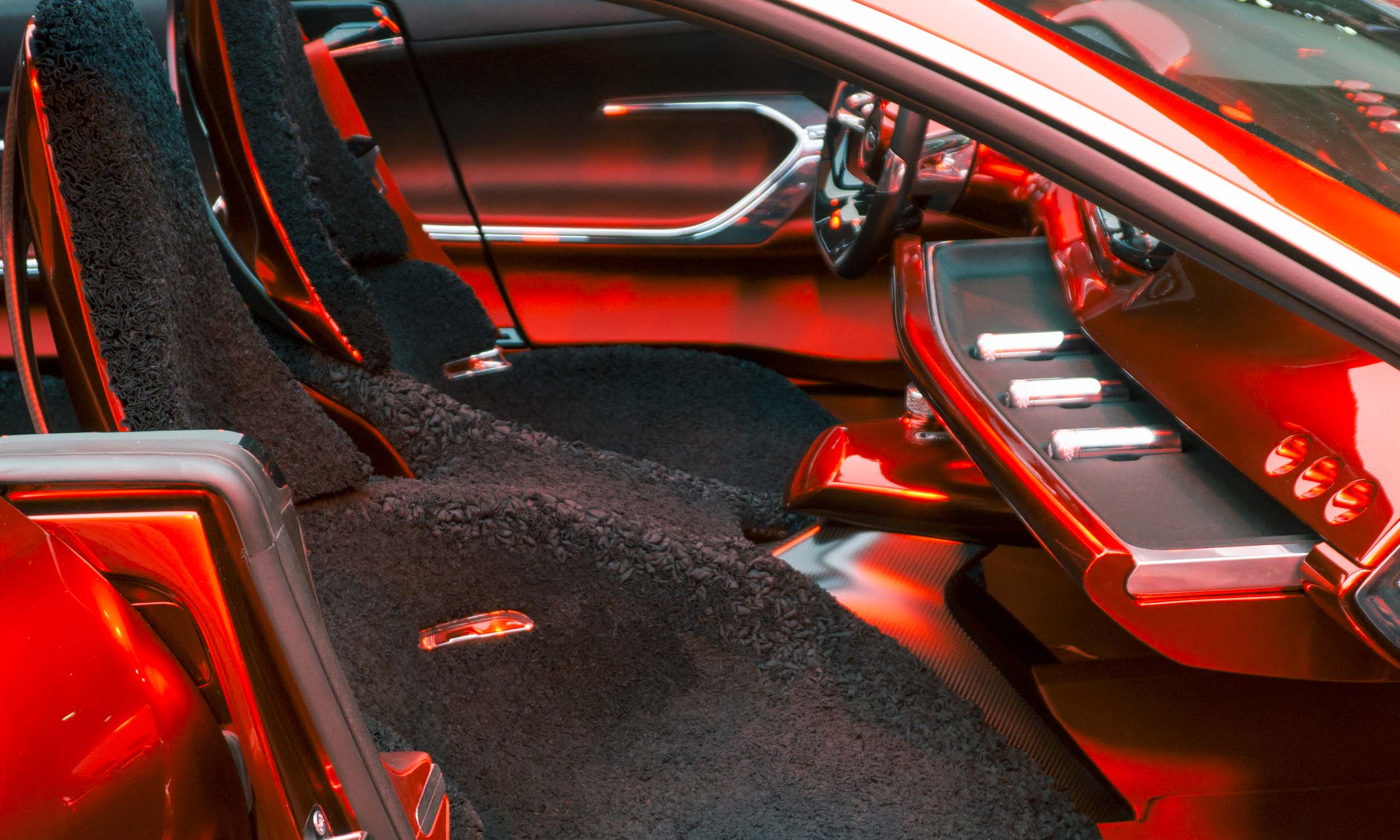 Surprising Seats
Seats are unlike anything we’ve seen before. The material is created from 100 meters of black elastane fabric which is cut and trimmed by hand to create rippled and ruched upholstery. 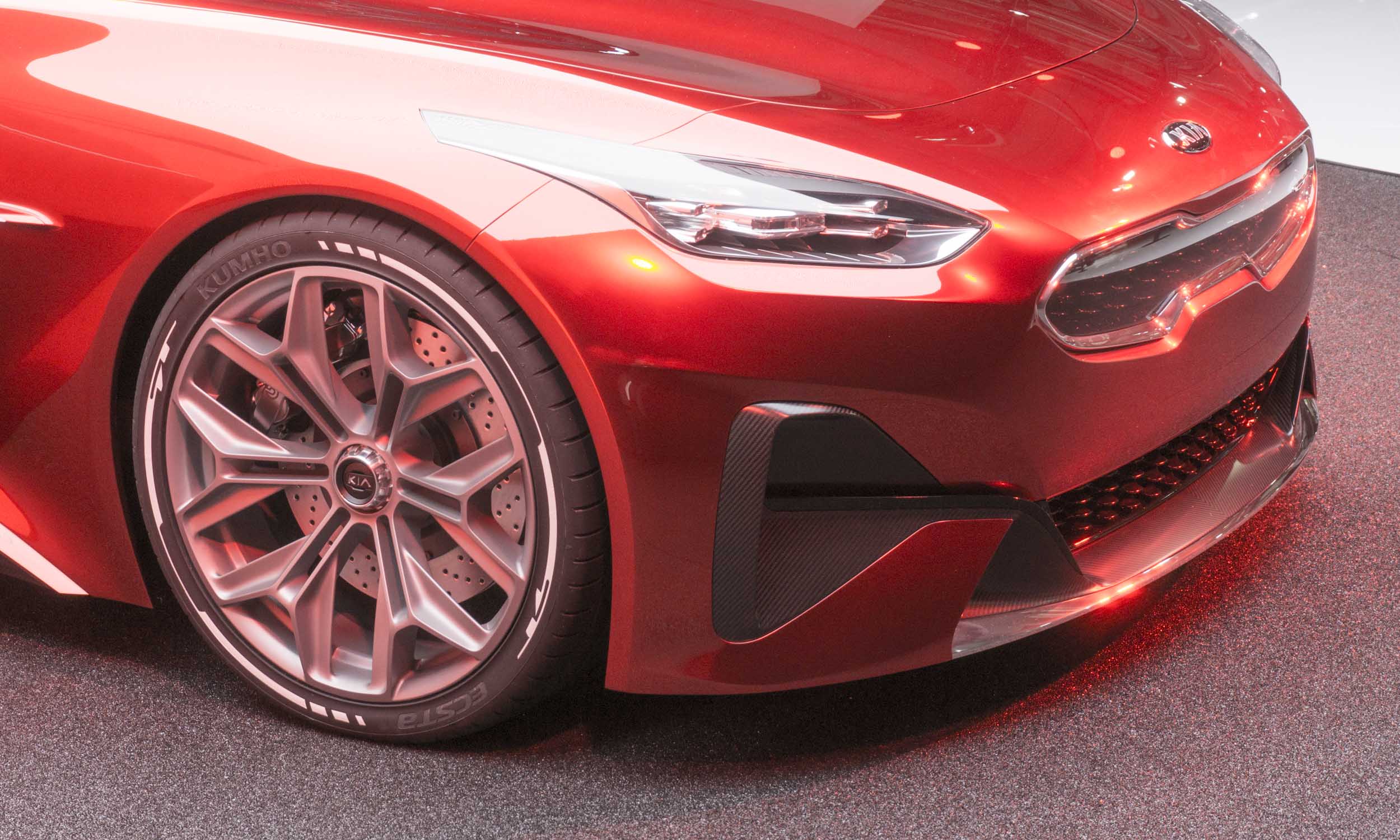 Bold Styling
Headlights are backlit in red, matching the Lava Red finish, while the bold styling is completed with the 20-inch six-spoke alloy wheels. 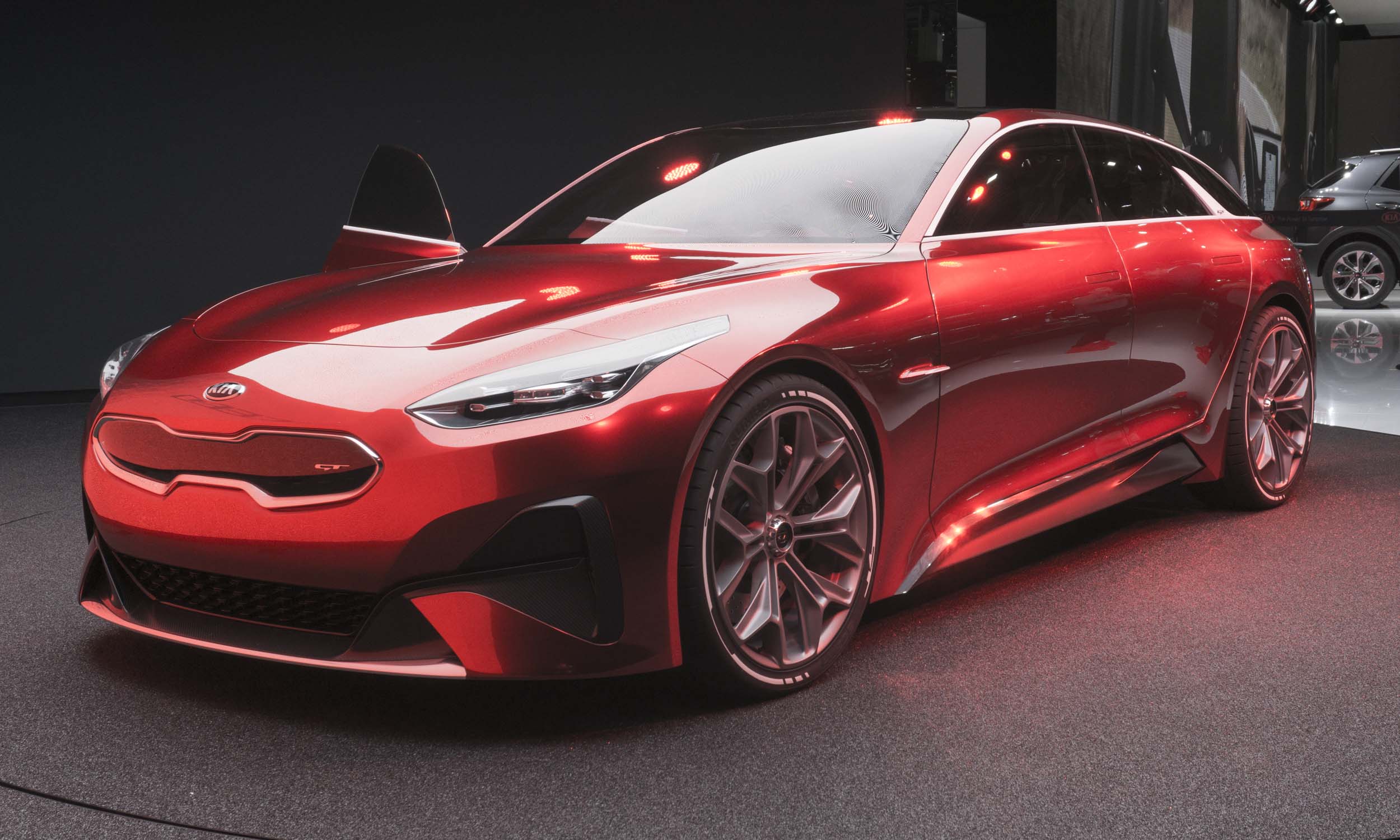 Tiger Nose
Up in front is the signature Kia ‘tiger nose’ grille that flows nicely into the sculpted hood. Rear-view side mirrors would have detracted from the clean lines, so instead there are low-mounted “wingcams.” 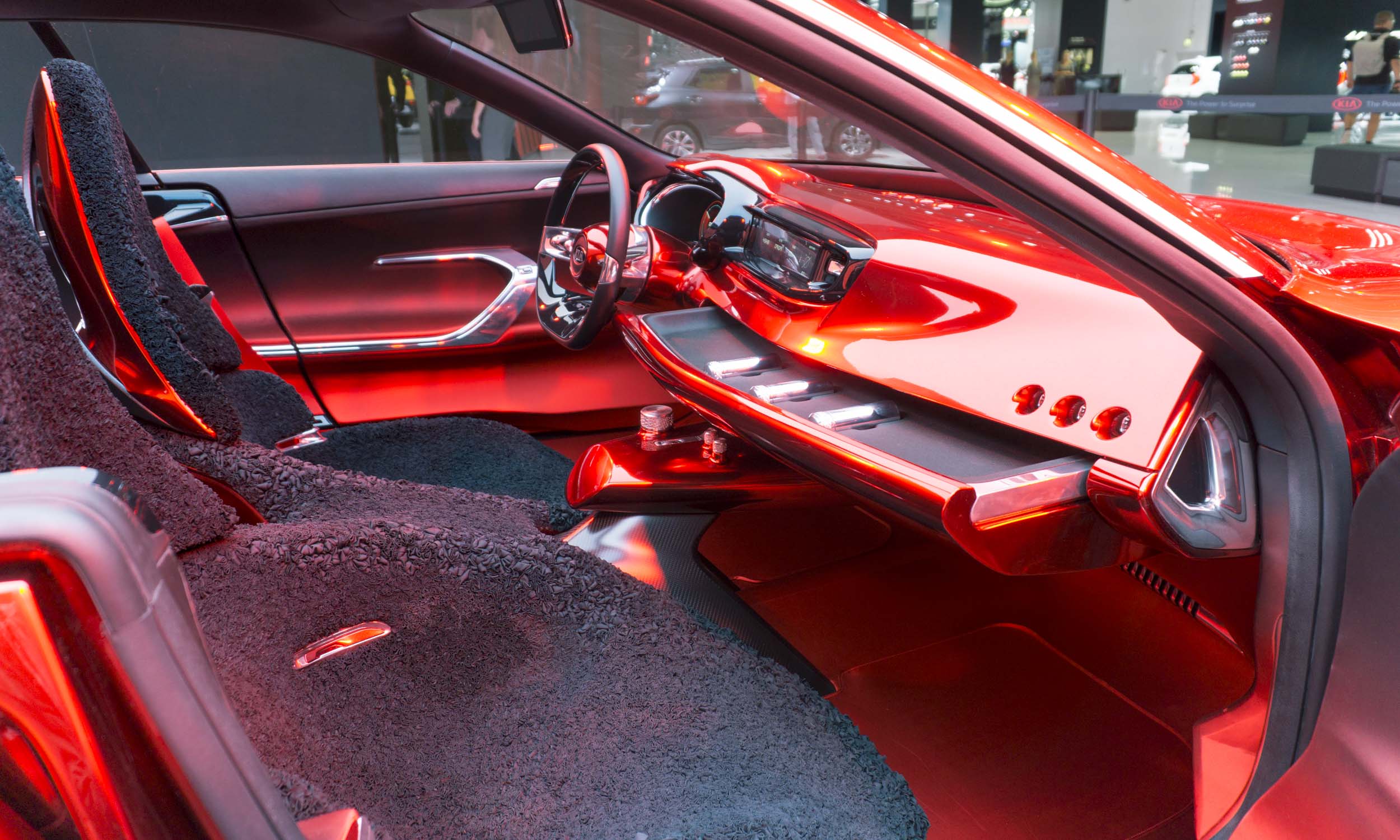 Smells Good
While this concept clearly looks to the future, Kia designers wanted to give a nod to the past. A drawer in the dash can be opened, revealing containers with three different aromas. “Each of these three engraved flacons contains a scent synonymous with power, passion and performance; aromas that any petrolhead will instantly recognise,” describes Guillaume. “There’s the warm musky smell of aged leather, the oily fragrance of a garage that’s home to a classic car, and the tang of high-octane motorsport fuel. This is about automotive passion and the love of car culture.” 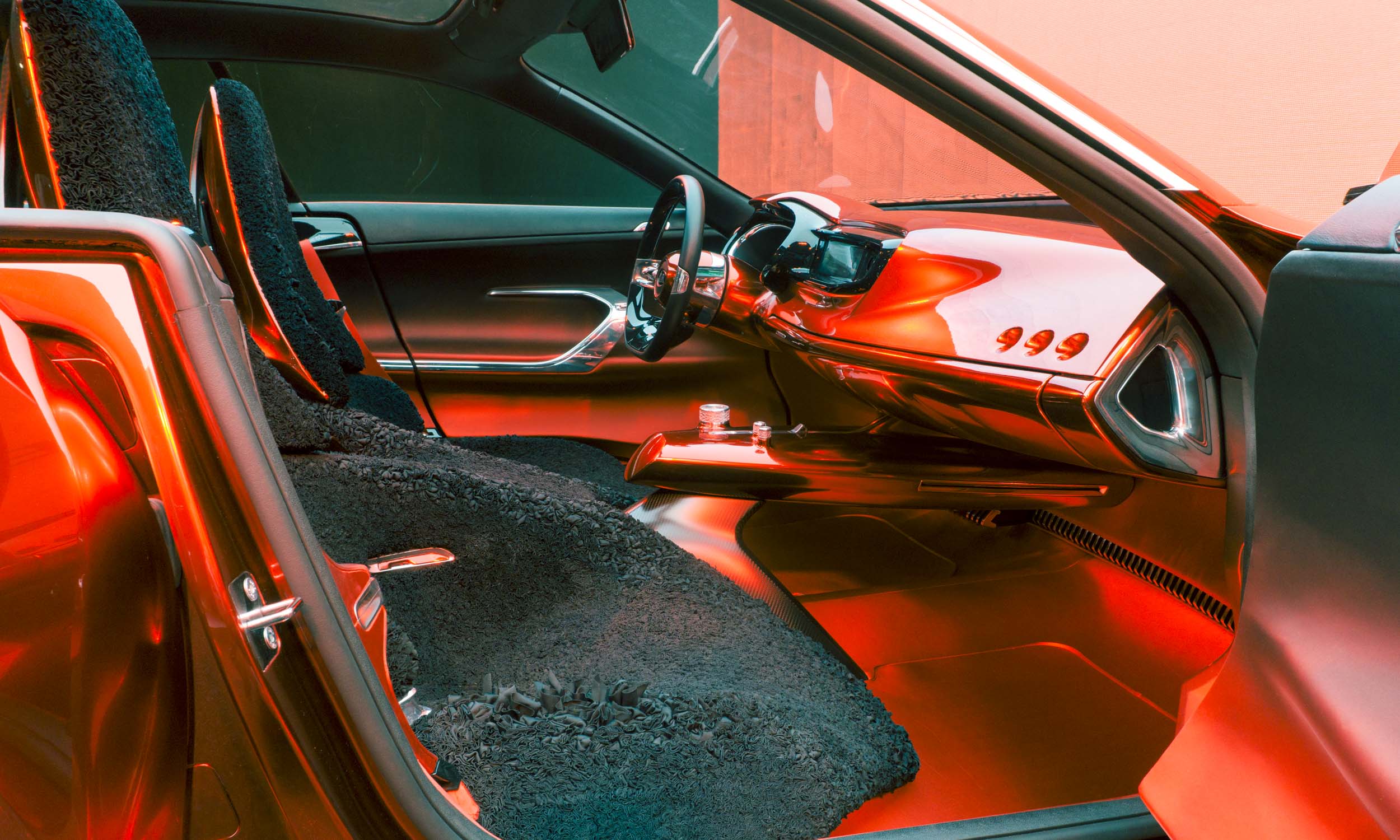 Inside and Out
“Color and trim played a key role in the development of the car, and our discussions on the look and feel of the Proceed Concept’s cabin took place at the same time as our talks on exterior form. The two dovetailed together perfectly, which is not always the case,” explains Guillaume. 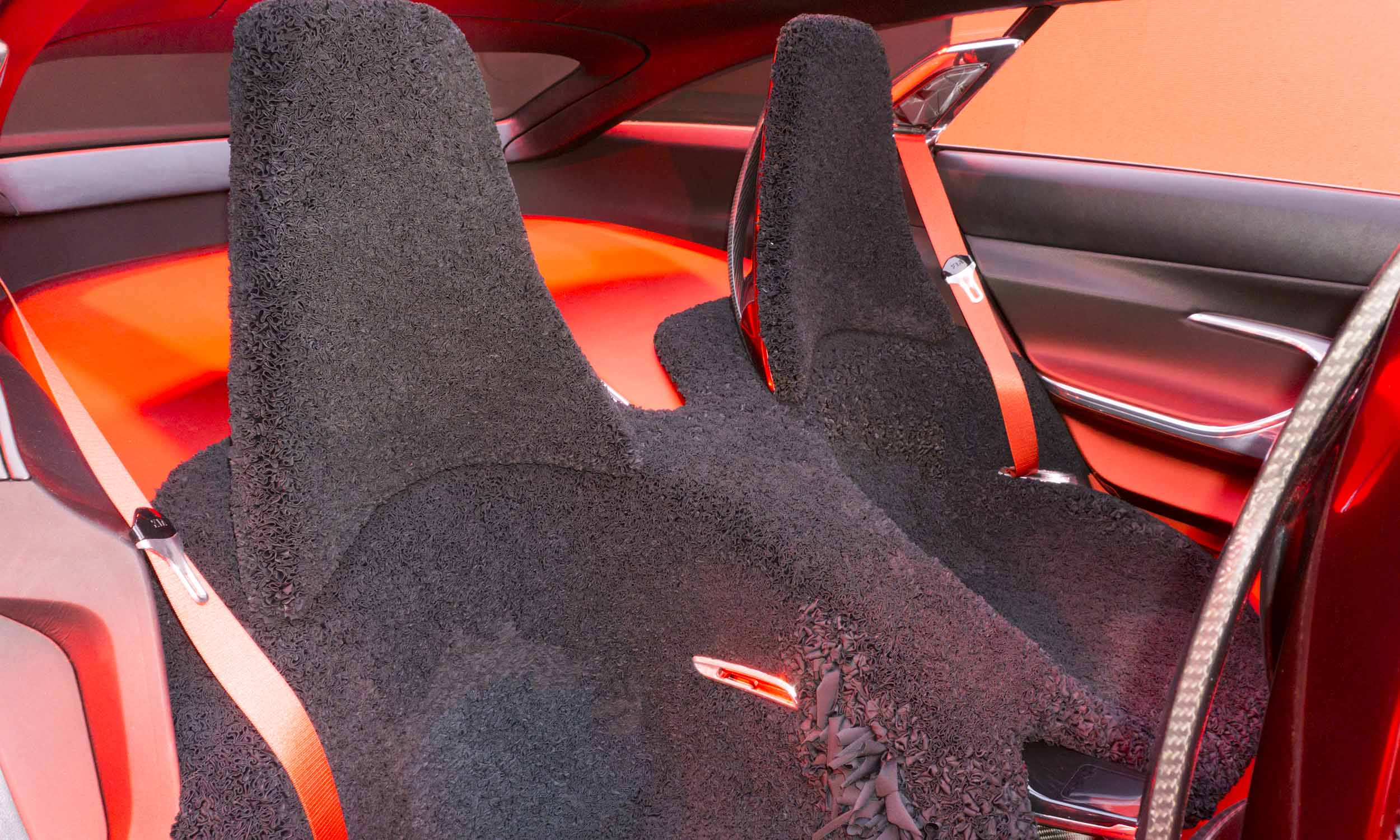 Interior
The Lava Red carries through to the interior, especially the dashboard. Doors feature painted fabric that starts at black and flows into the eye-catching red. 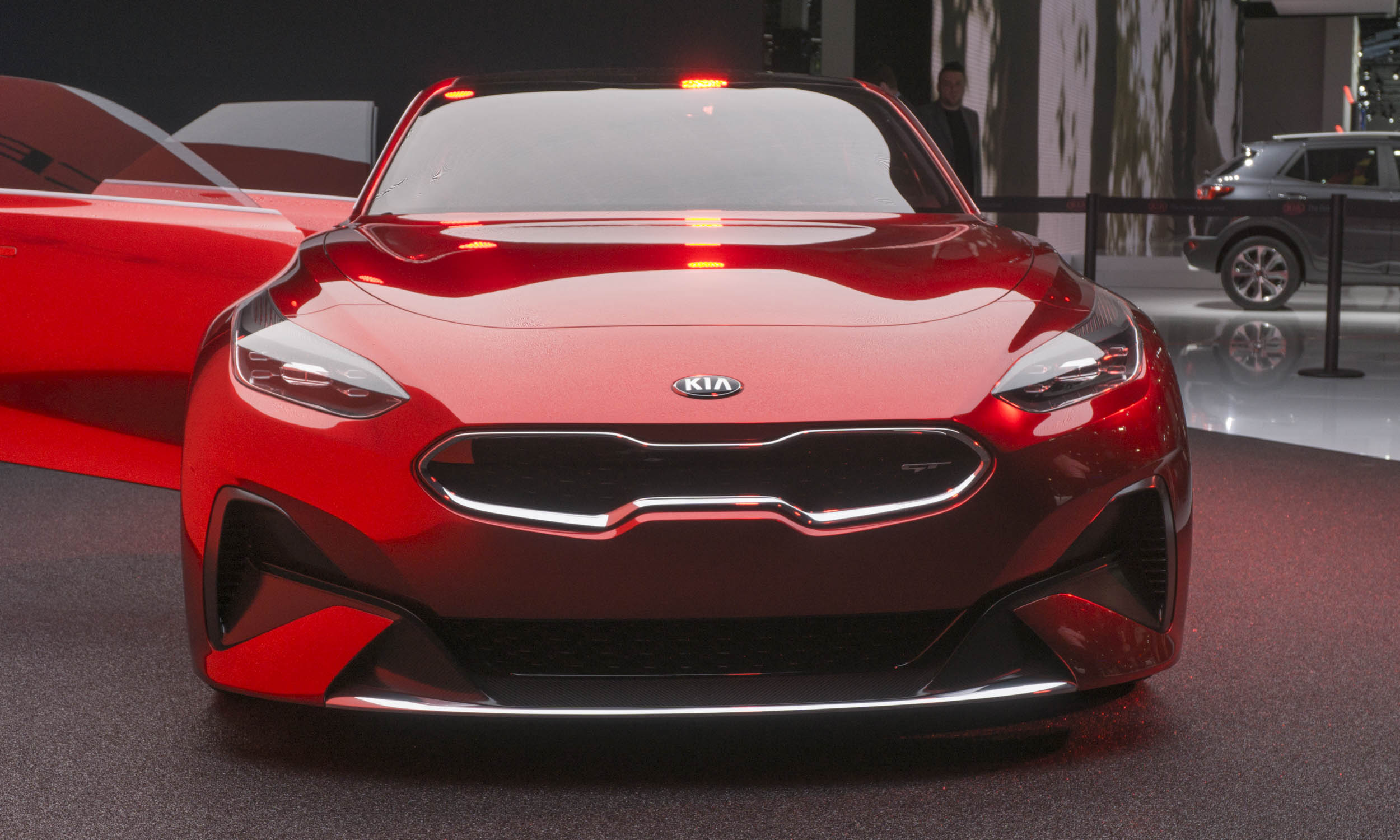 Power to Surprise
“The idea behind the Proceed Concept is the same idea that’s behind all of our concept cars – it’s to challenge people’s perceptions of Kia and start conversations around what is and what could be,” says Guillaume. “Because that is what Kia’s power to surprise is all about.”