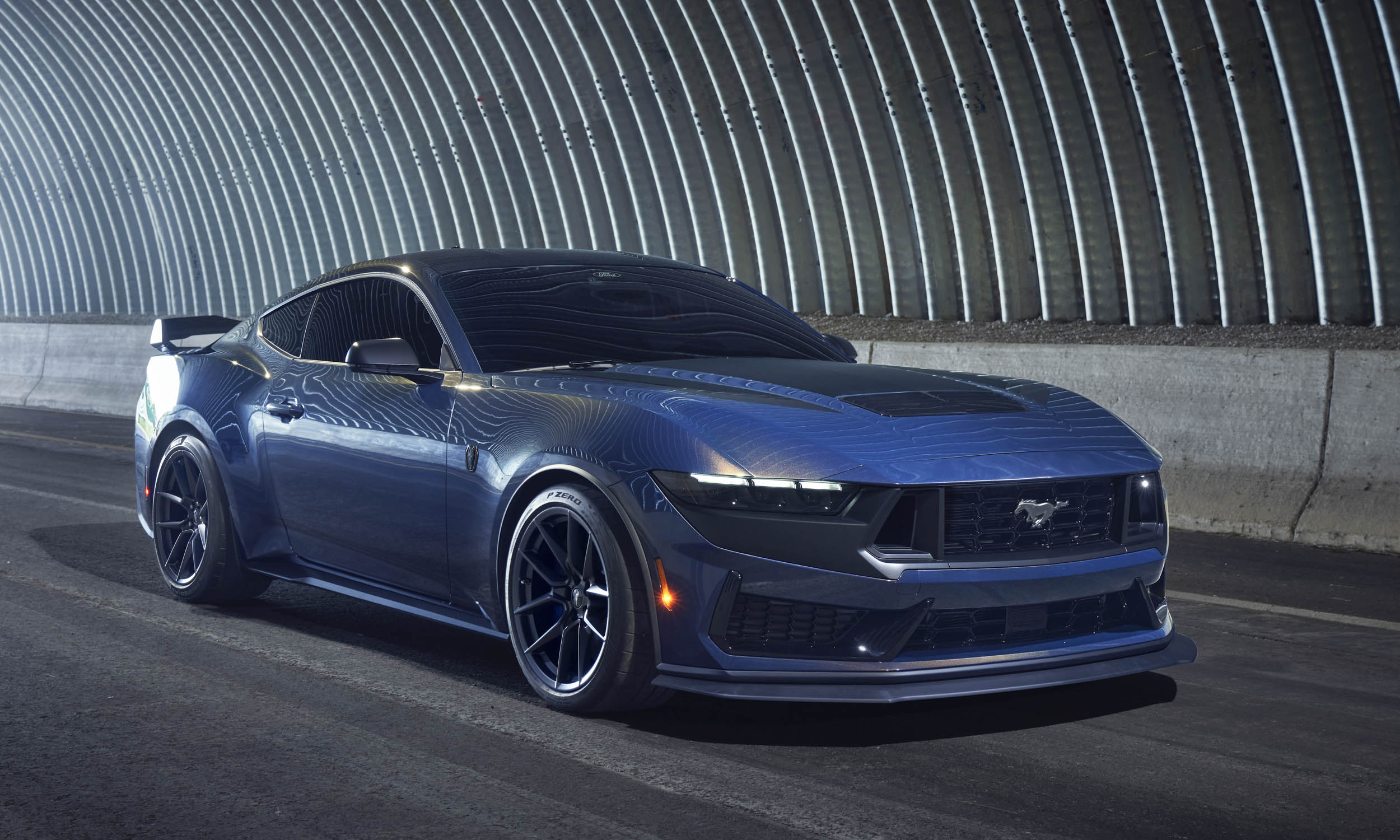 © Ford Motor Company
2024 Ford Mustang Reveal
On September 14, 2022, thousands of Mustang fans gathered at The Stampede, an event at Hart Plaza along the Detroit riverfront in Michigan, for the debut of the all-new, seventh generation Mustang. As expected, Ford revealed the Mustang with a new turbocharged 2.3-liter EcoBoost engine, as well as a Mustang GT with a new version of the 5.0-liter Coyote V8 engine (expected to produce 480 horsepower). But the big surprise was an all-new performance version called Ford Mustang Dark Horse. In another unanticipated announcement, Ford revealed that the new Mustang will compete in various racing series around the world — including the 24 Hours of Le Mans. 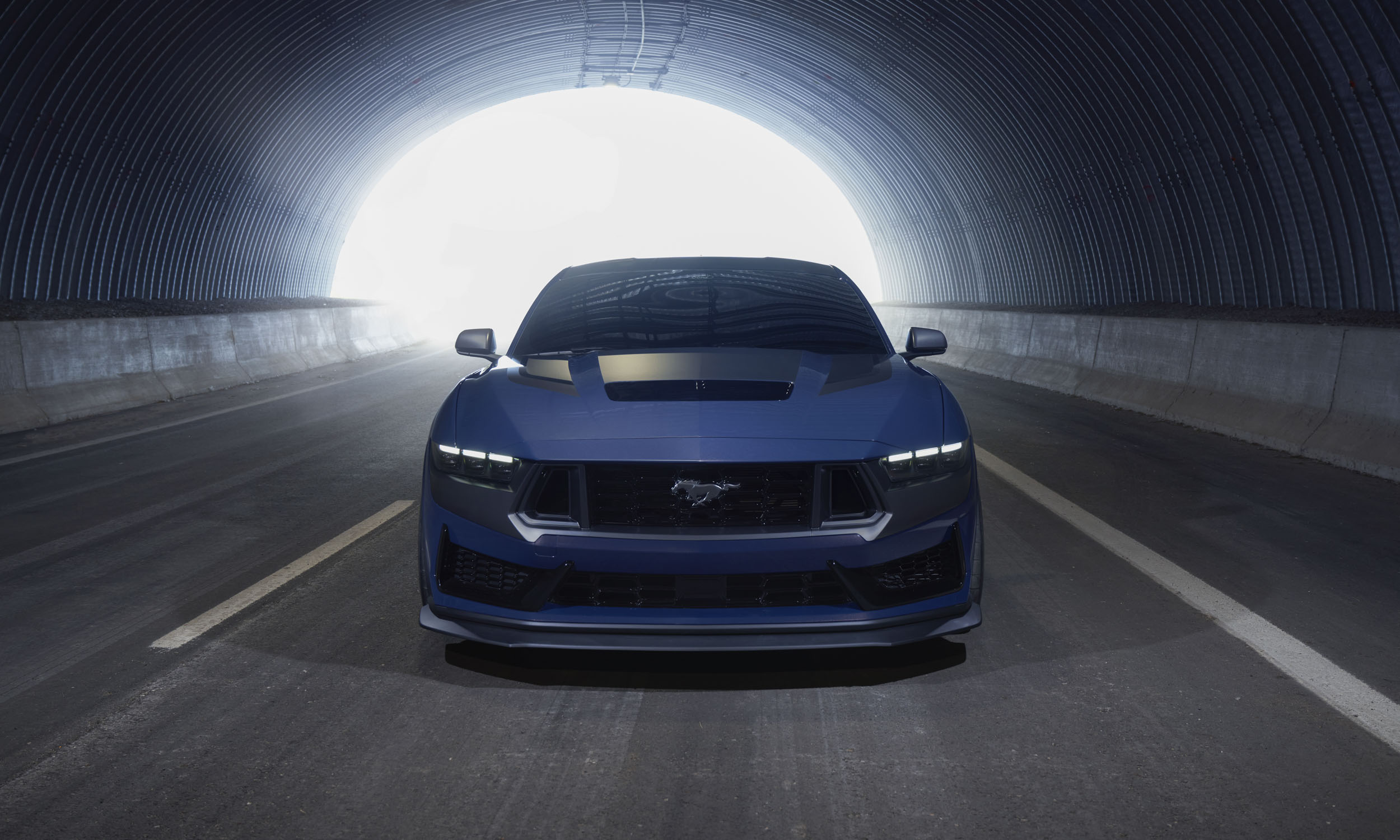 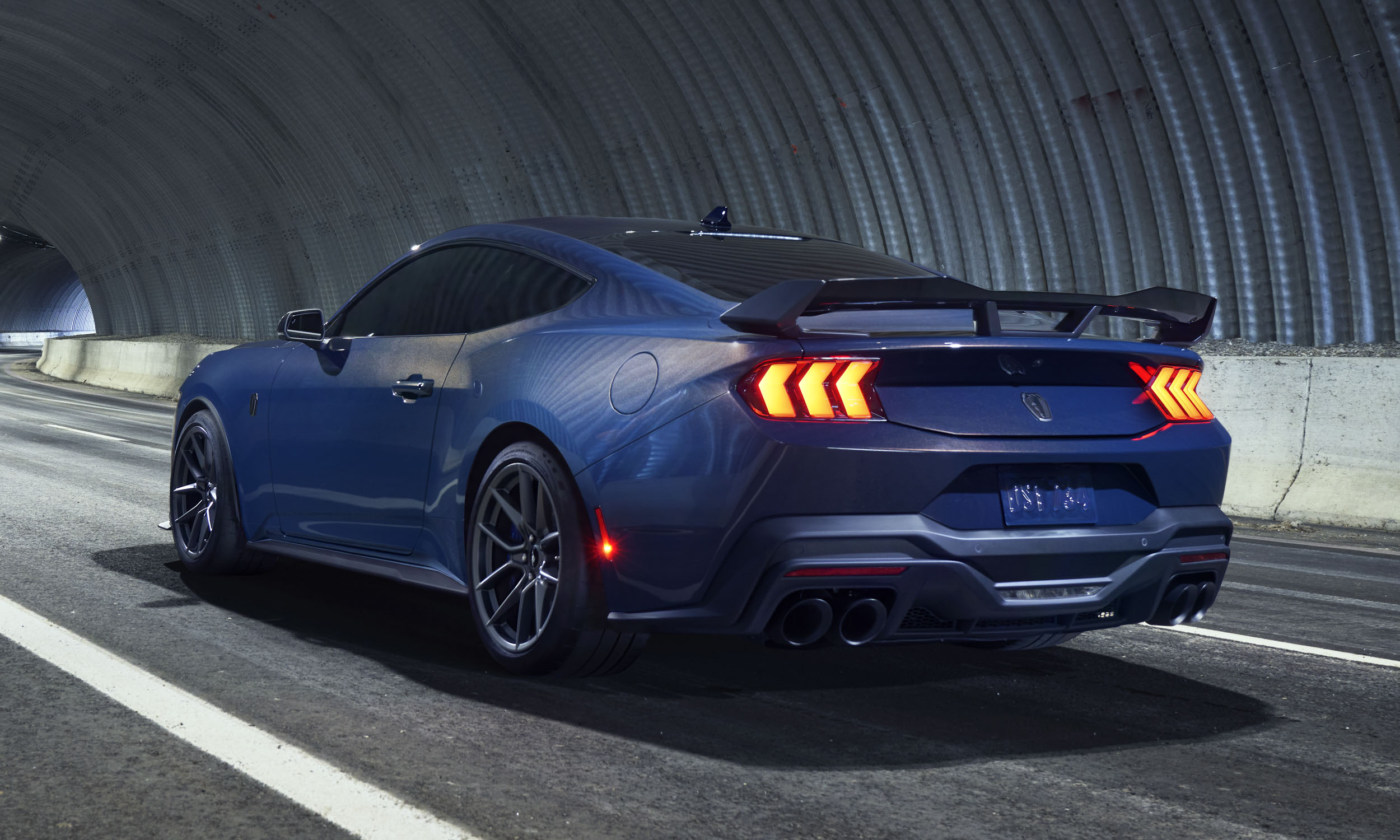 © Ford Motor Company
Track-Capable Mustang
“For decades, Mustang has competed against the most premium brands on the greatest world stages and won,” said Jim Farley, CEO of Ford Motor Company. “We surprised everyone, and we’re going to surprise them again with a track-capable Mustang that puts a new level of performance, styling and American engineering in the hands of everyday customers who still want the thrill and excitement of a V8 sports car,” Farley enthused. 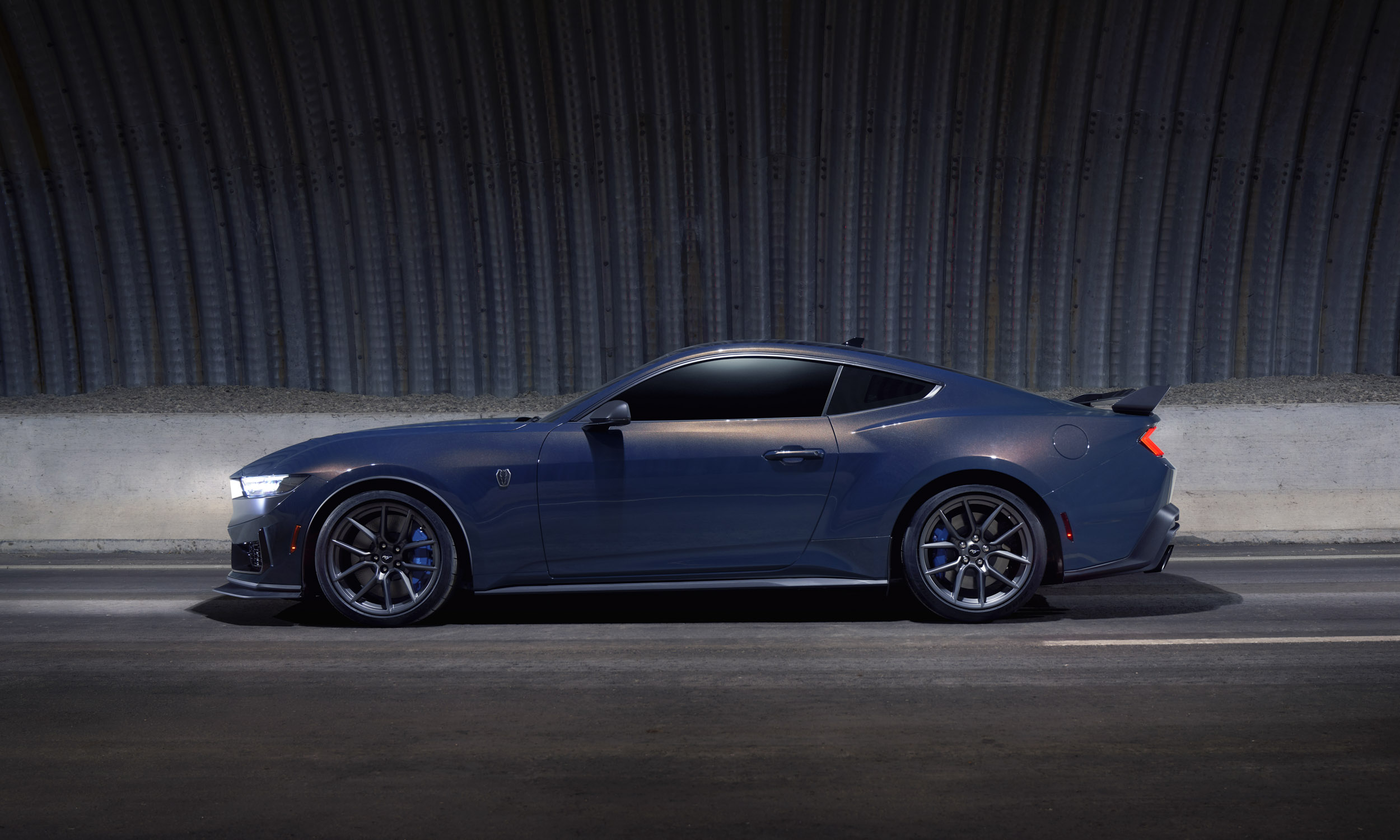 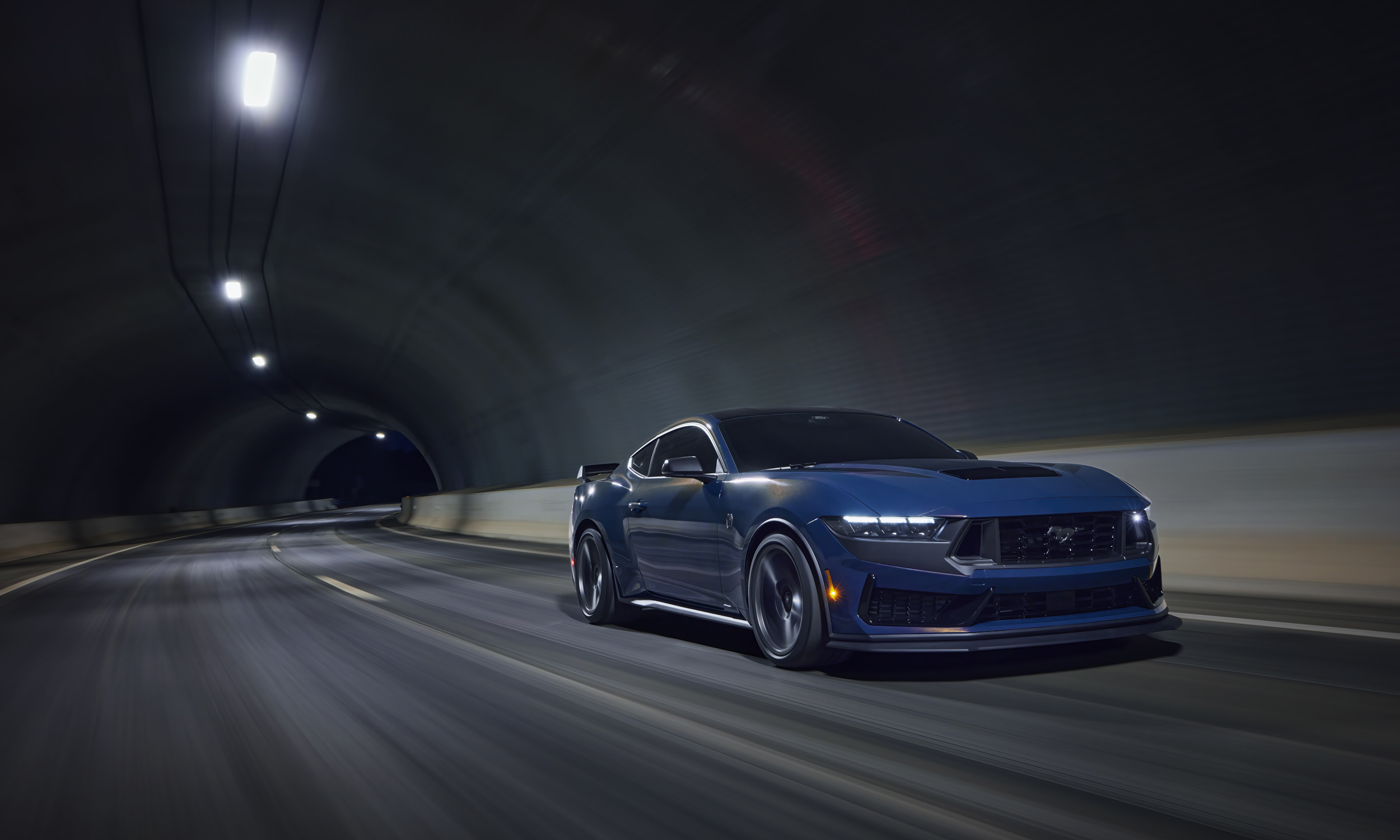 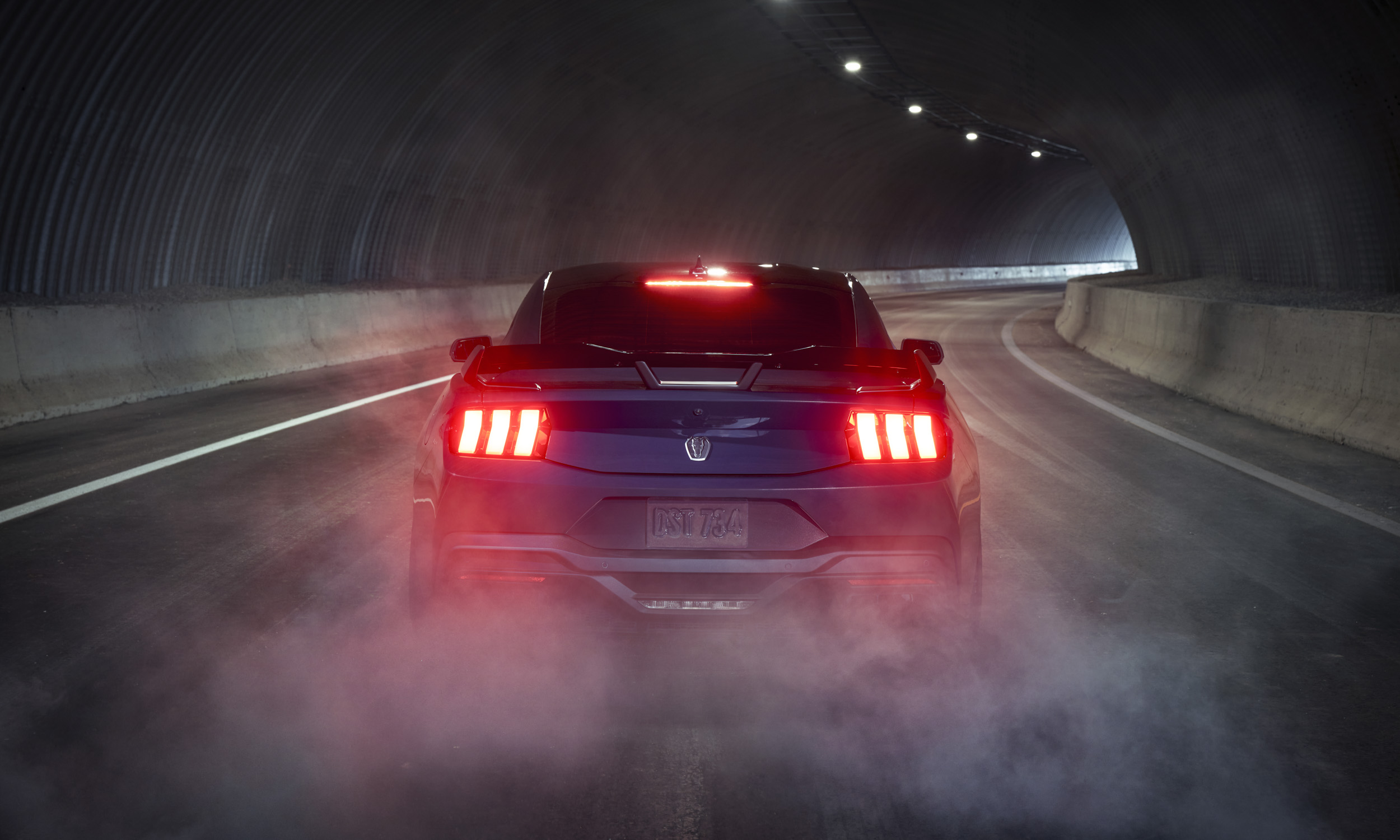 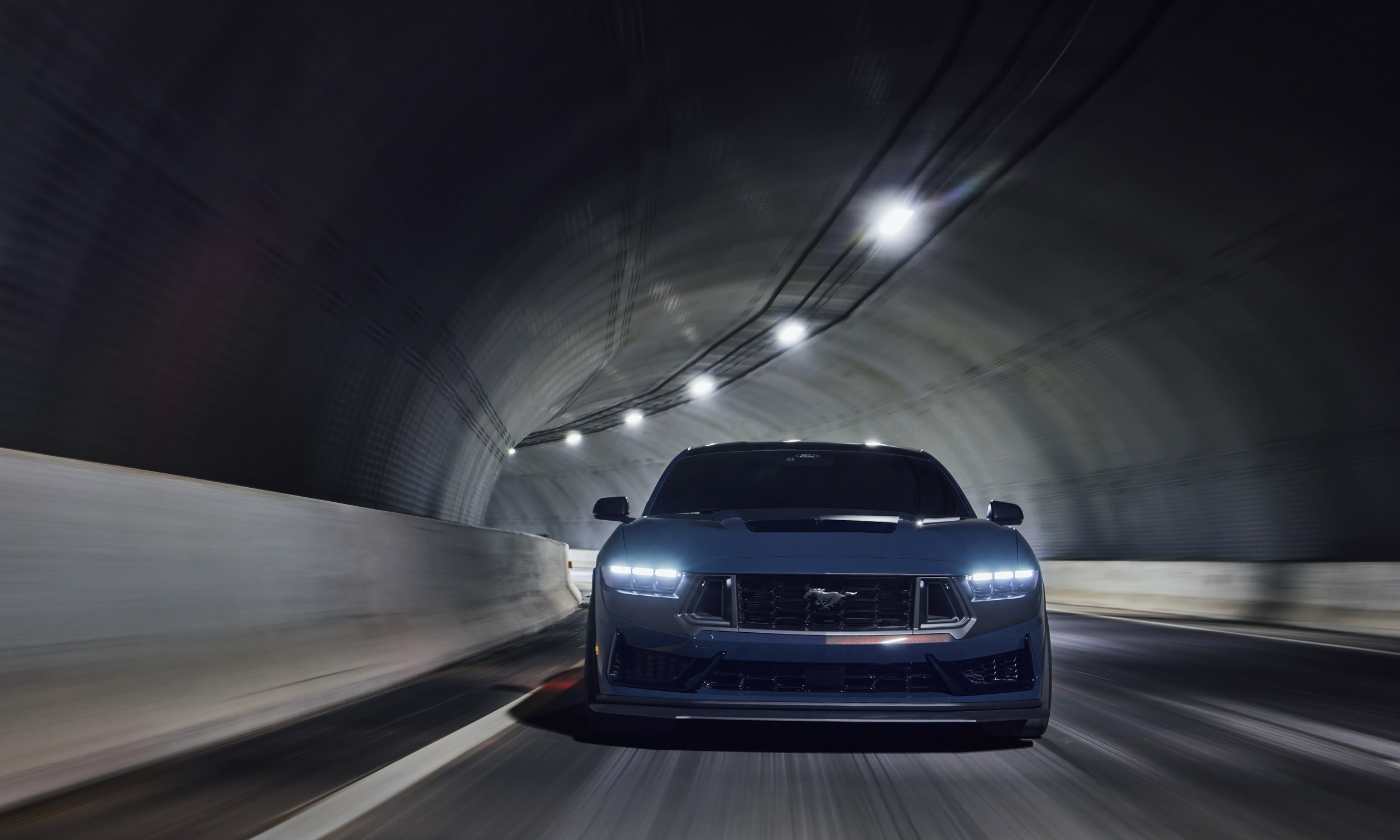 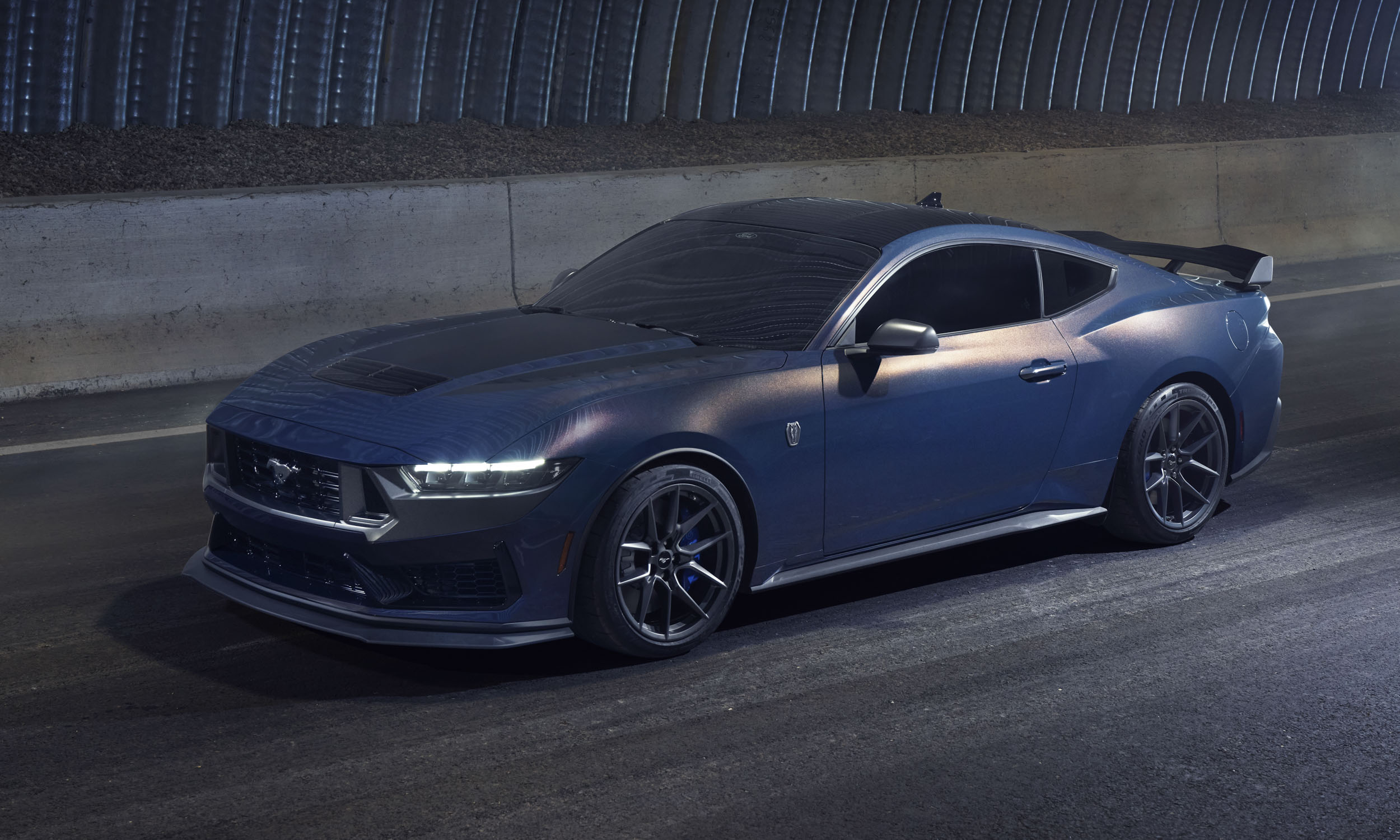 © Ford Motor Company
Dual-Purpose Performance
“It’s more than a new name. Dark Horse brings a new design language to Mustang that is refined yet perfectly suited to its dual purpose of street and track performance,” said Joel Piaskowski, global director of Ford Design. “The visual changes, both inside and out, message that Dark Horse has a directed performance focus. The mechanical changes reinforce the purpose of Dark Horse, providing the driver with increased confidence and competence,” Piaskowski noted. 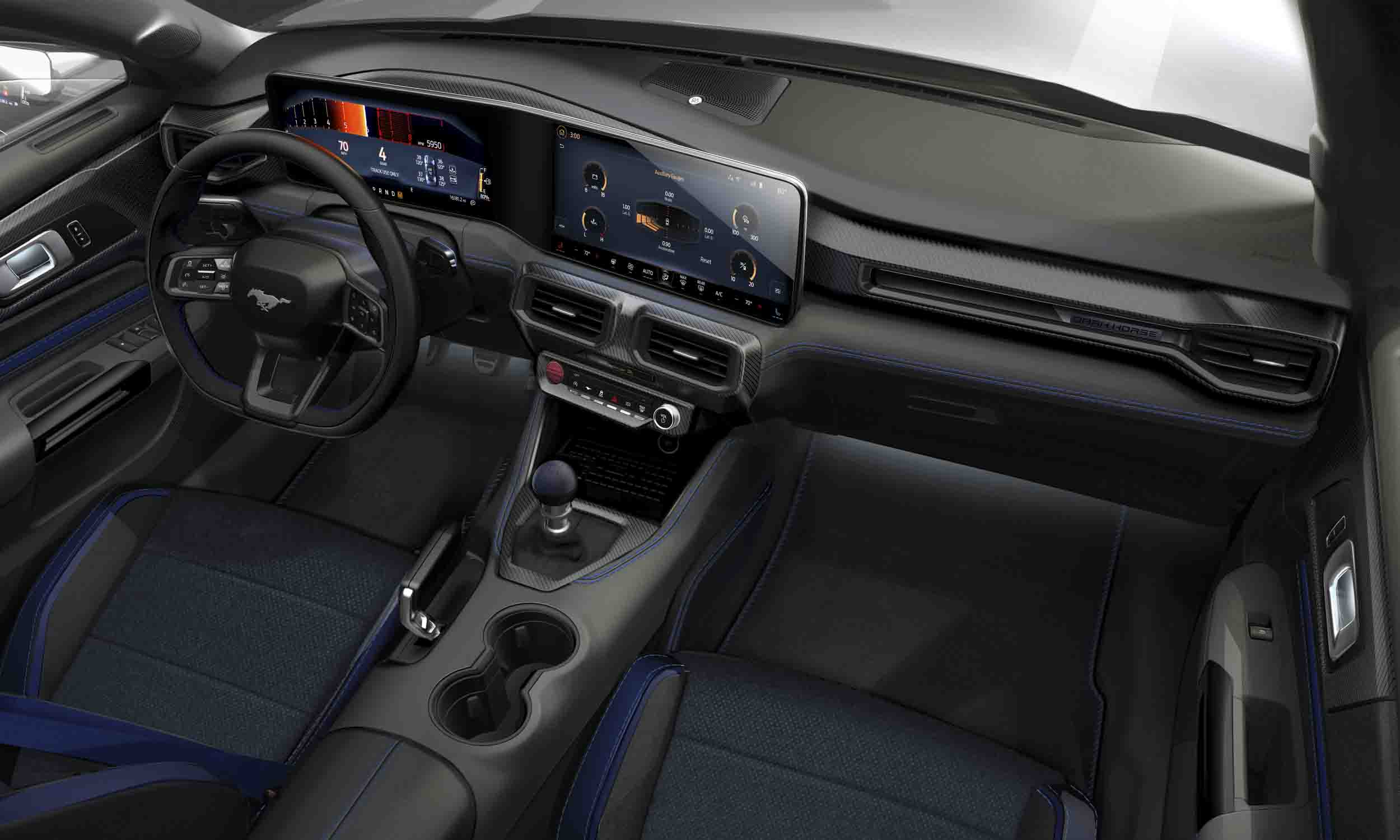 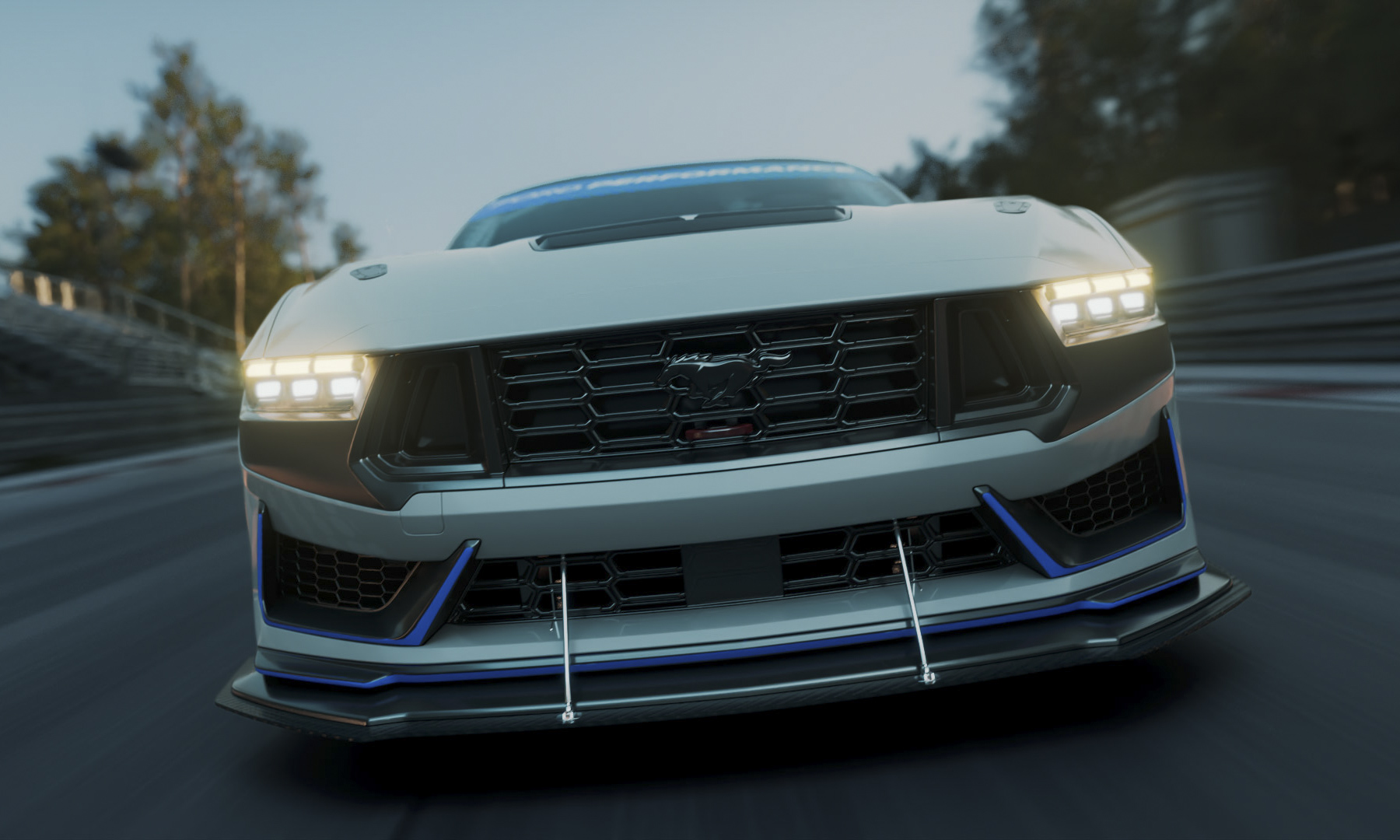 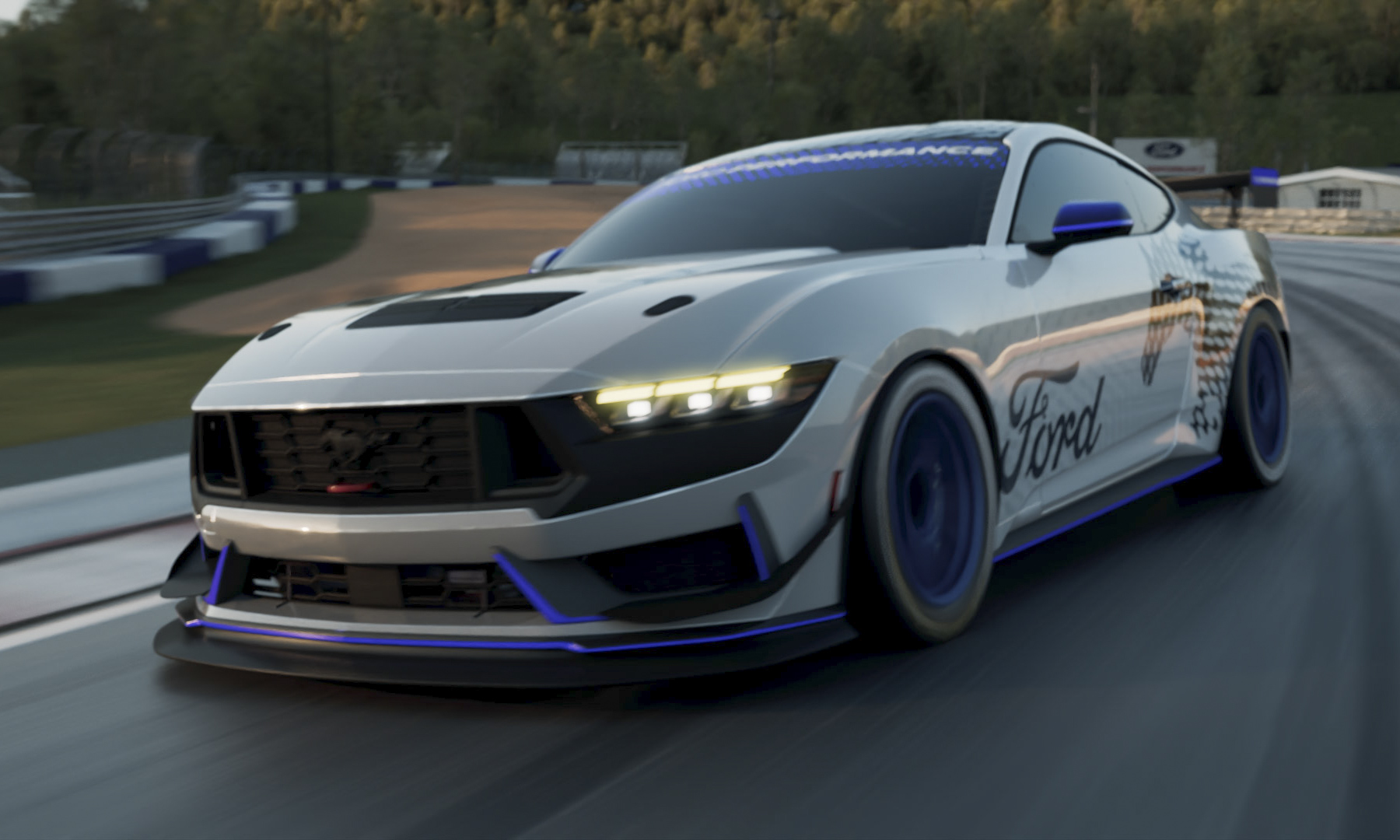 © Ford Motor Company
Mustang Racing
“We’re taking this all-new Mustang to competition racing and the very definition of a Dark Horse is the perfect fit to introduce this vehicle to the Mustang brand,” said Mark Rushbrook, global director of Ford Performance Motorsports. “With our race program development underway, we’re confident we have the right car for success,” Rushbrook observed. 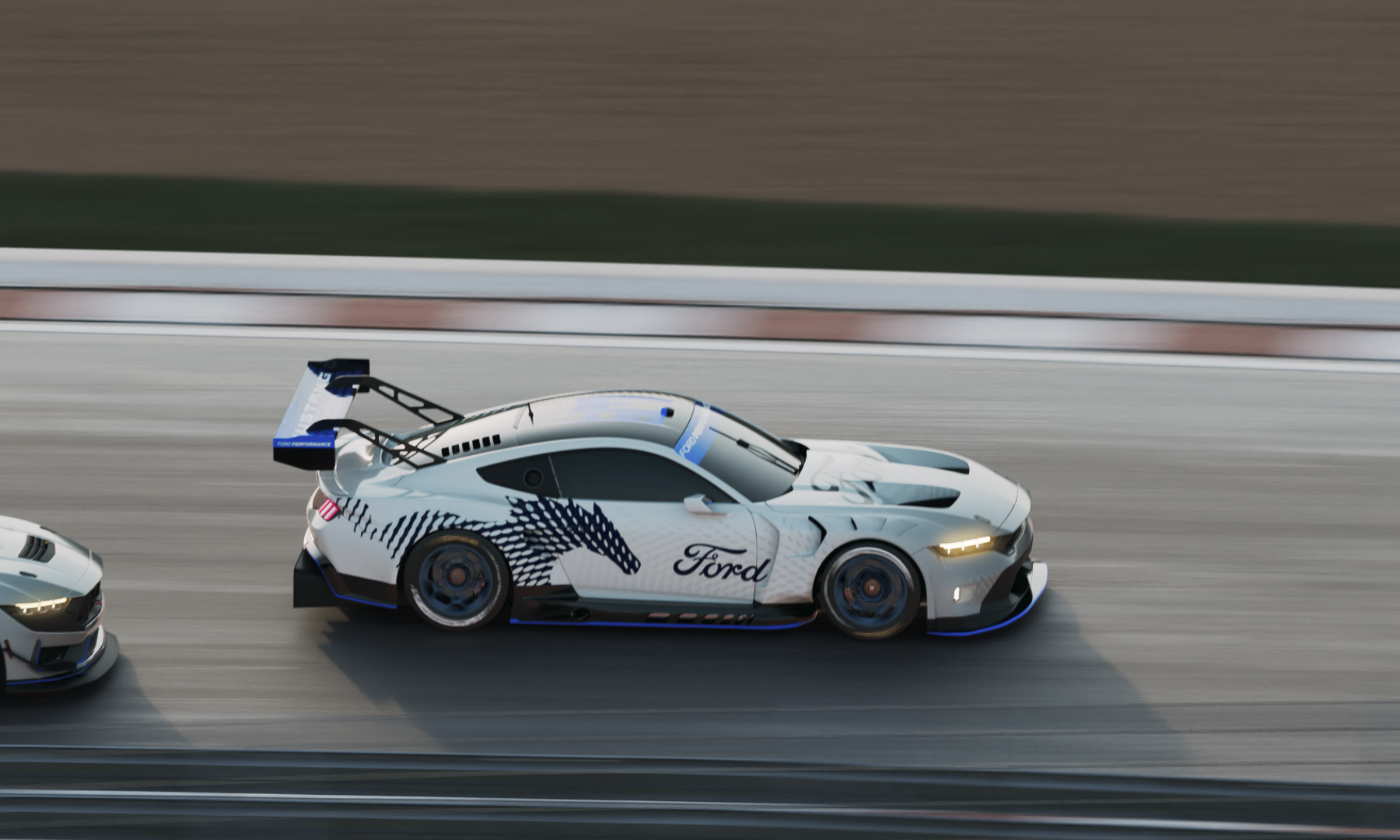 © Ford Motor Company
Future of Ford Mustang Motorsports
In addition to Mustang Dark Horse S and R, Ford announced a return to factory-backed GT3 racing with the Ford Mustang GT3 developed by Ford Performance and Multimatic. Powered by a 5.4-liter Coyote-based V8 engine, the Mustang GT3 will be available for customers beginning with the 2024 Rolex 24 at Daytona — the first race of the IMSA WeatherTech SportsCar Championship. A new Mustang GT4 will also be available for customers and will debut in 2023 to compete in GT4 classes in series such as IMSA, SRO and FIA GT. A new version of the Mustang will debut next year in the Australian Supercars series; new Mustang models will also be made available for NASCAR Cup Series and NHRA Factory X racing in following years. Ford also announced an exciting return to the 24 Hours of Le Mans, with details to follow at a future date.