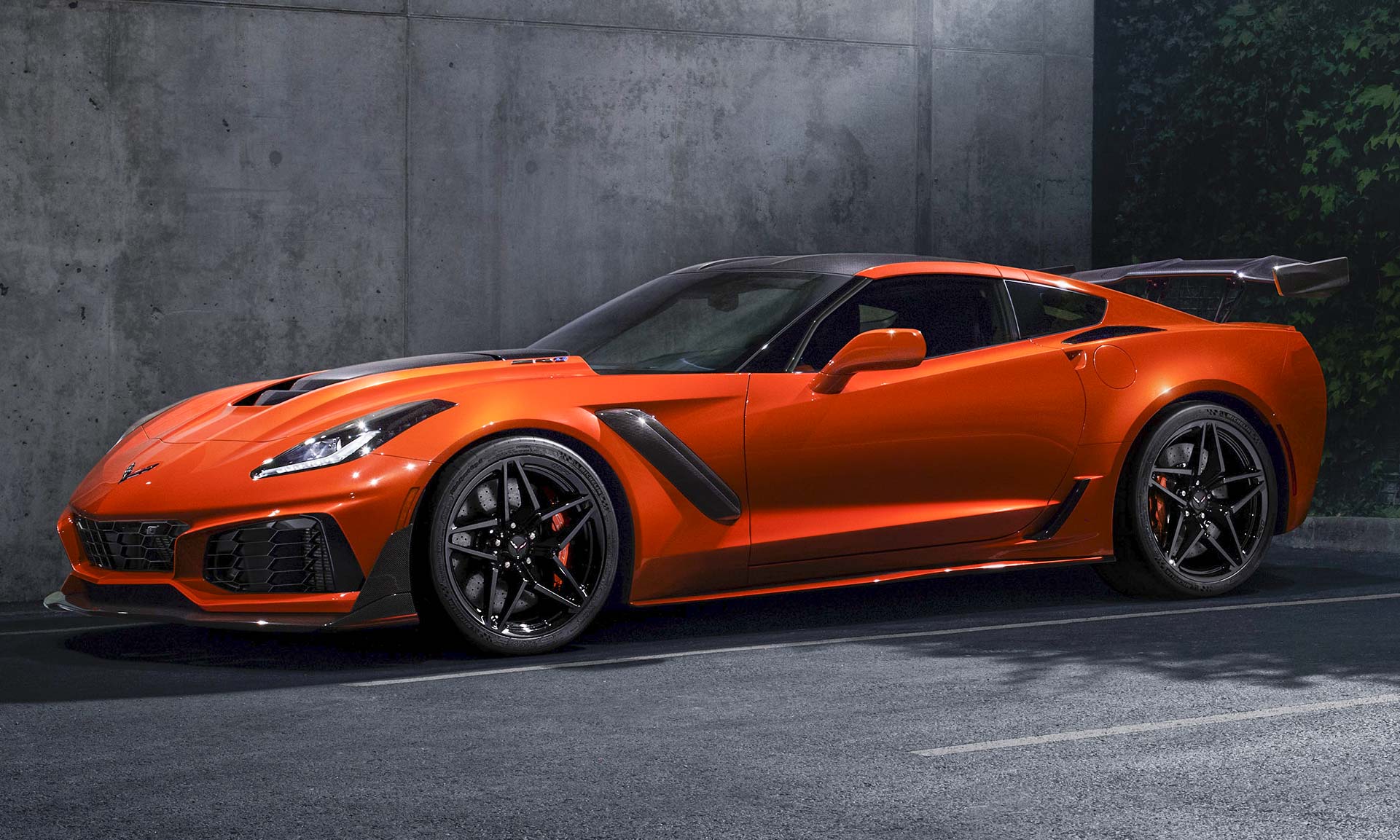 Top Corvette
The Corvette is the quintessential American sports car, residing at the top of the Chevrolet lineup as the brand’s highest performance offering. Today, Chevy’s halo car rises to new heights with the premiere of the all-new 2019 Corvette ZR1. Although rumors have been circulating among auto pundits about an upcoming mid-engine ‘Vette, this new ZR1 remains a traditional front-engine, rear-drive powerhouse — as many think it should be. 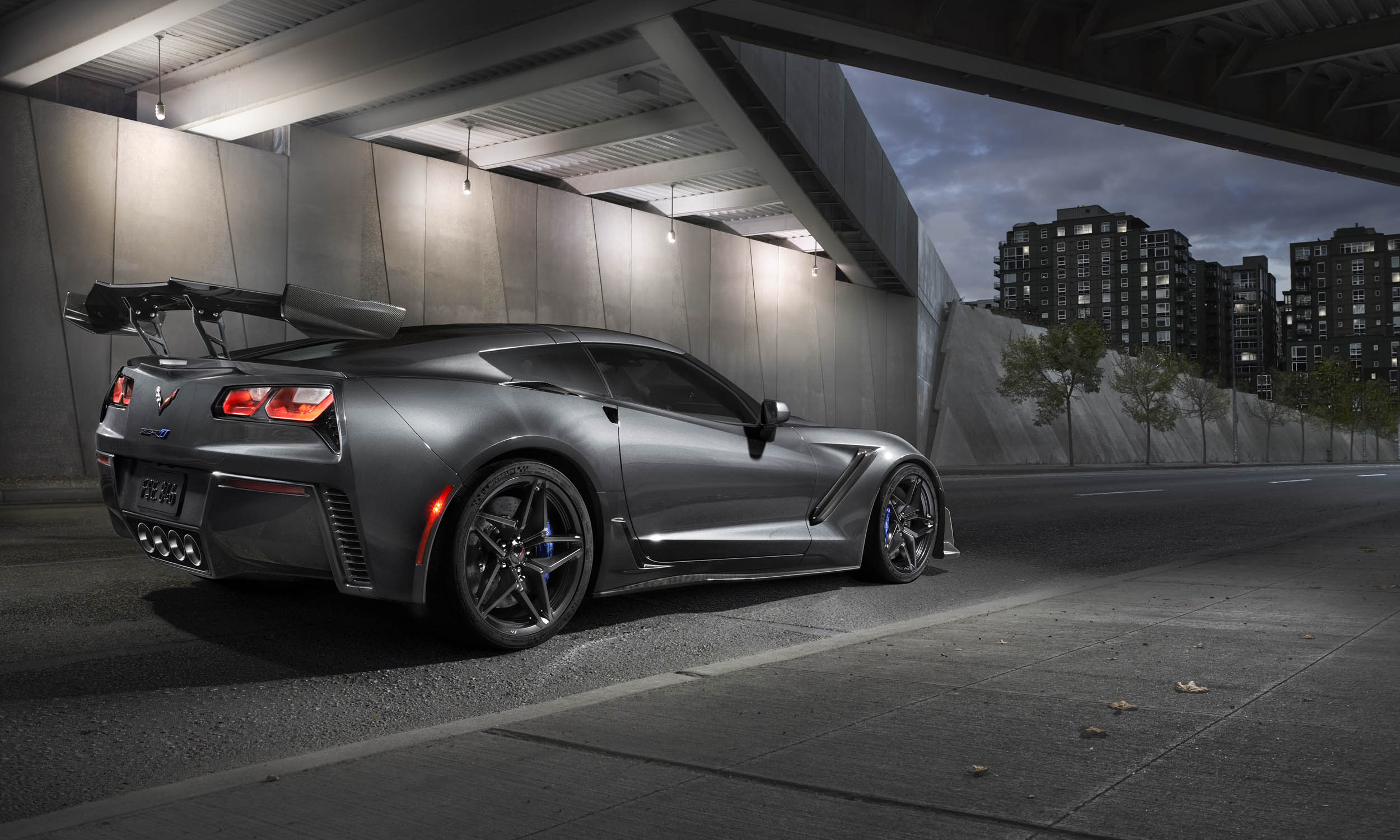 Unprecedented Performance
“I’ve never driven a Corvette like this before, and nobody else has either, because there’s never been one like this before,” said General Motors Executive Vice President Mark Reuss, who is responsible for GM’s global product development, purchasing and supply chain and a licensed racer. “Its unprecedented performance puts all other global supercars on notice that the ZR1 is back.” 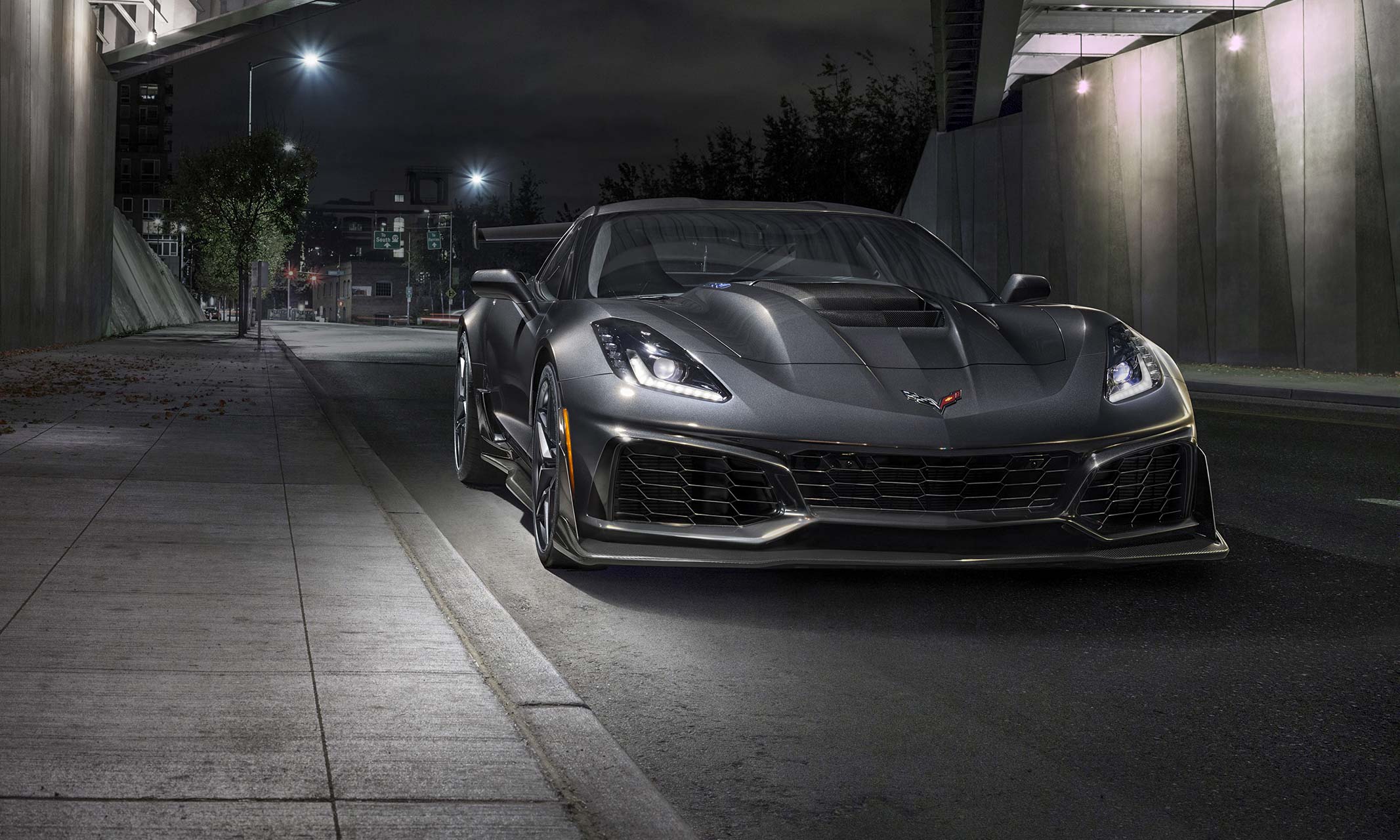 ZR1 Is Back
Production of the previous ZR1 ended in 2013, coinciding with the rollout of the current-generation Corvette. At the time, the ZR1 was the most powerful and highest-performing Corvette in the company’s history. Not anymore, thanks to the all-new C7 ZR1. 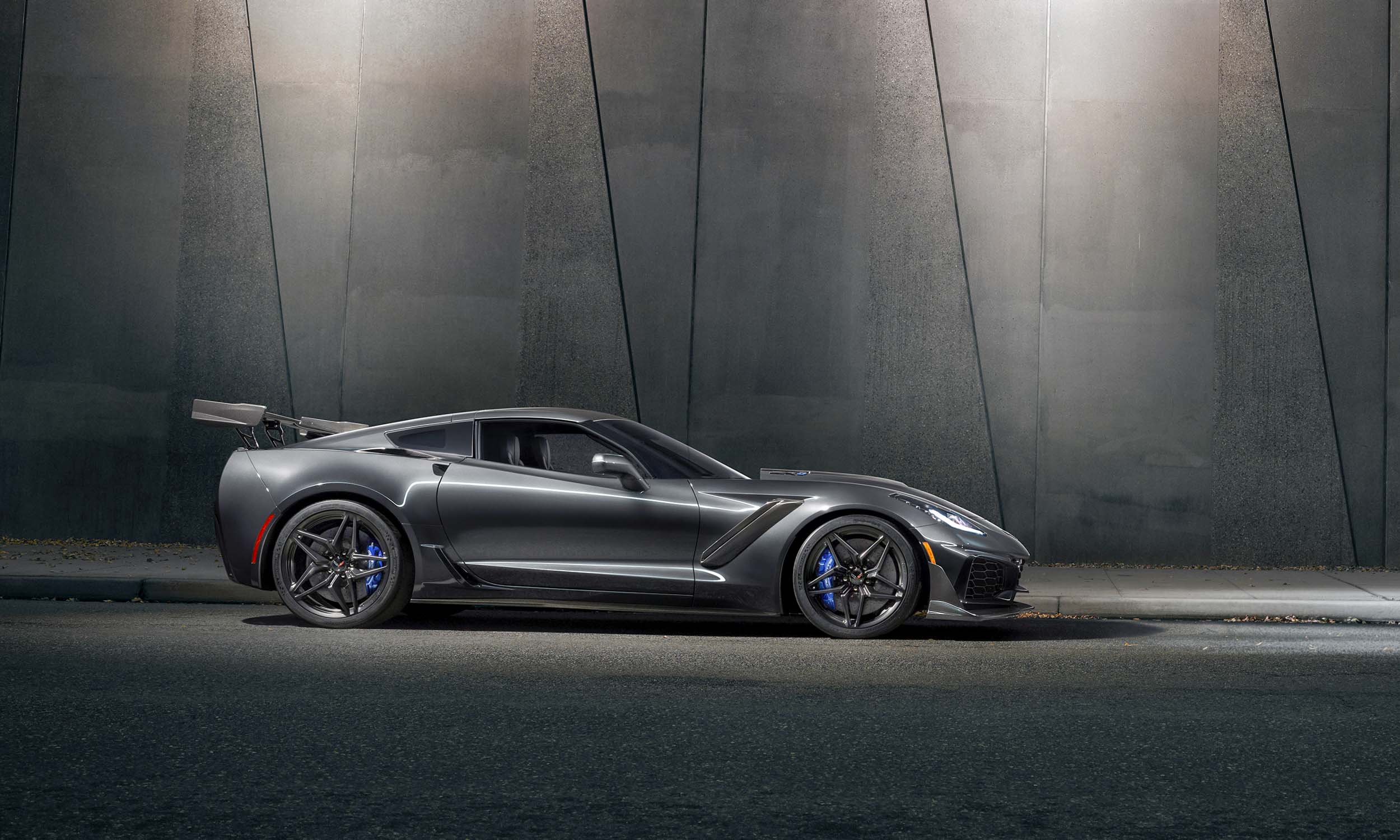 Supercharged V8
The new ZR1’s LT5 6.2-liter supercharged V8 engine rates a stunning 755 horsepower and 715 lb-ft of torque. The increased performance is largely due to a more efficient supercharger that offers 52 percent more displacement that the Z06’s LT4 supercharger. With that much volume, the ZR1 boasts the highest output ever for a Chevrolet production vehicle. Top speed is expected to exceed 210 mph. 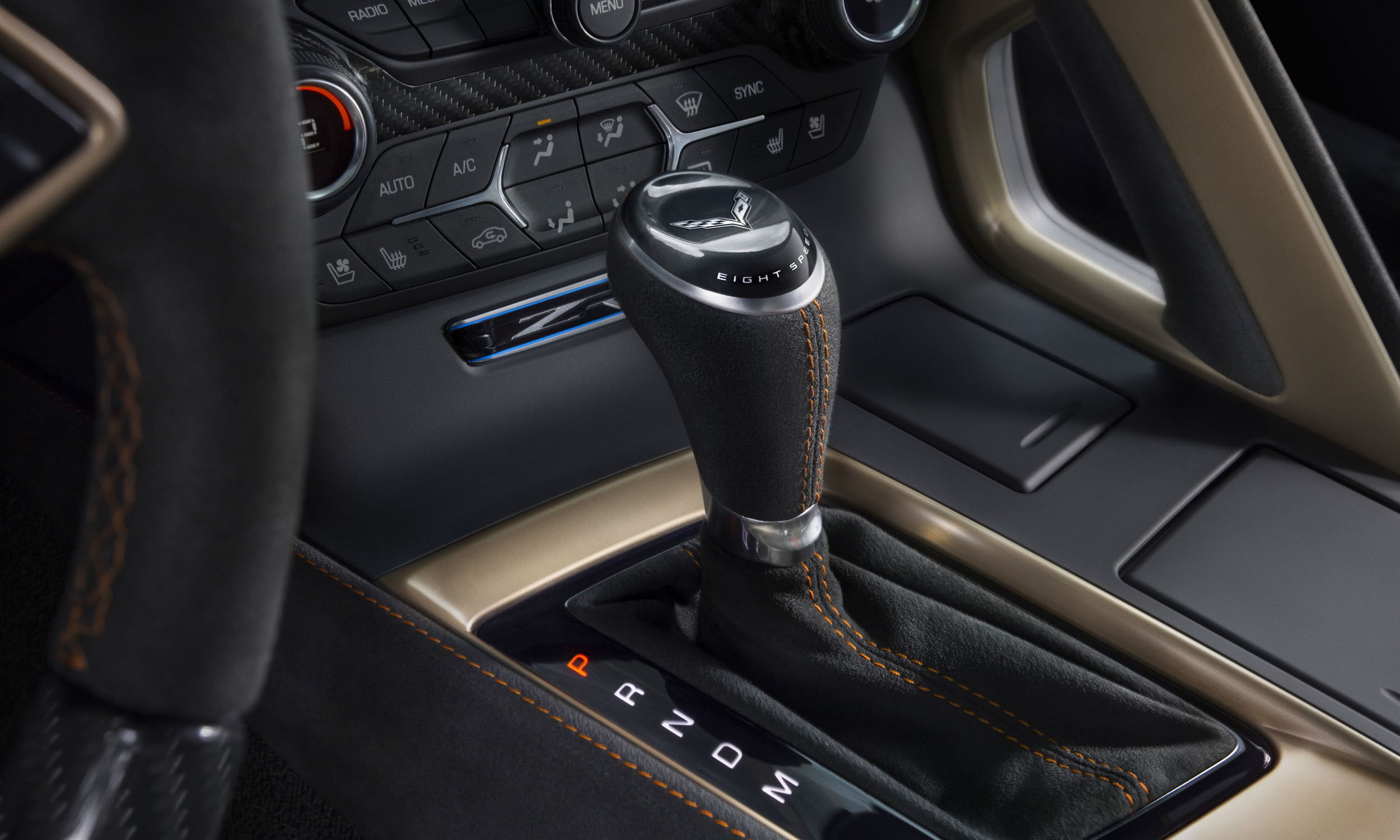 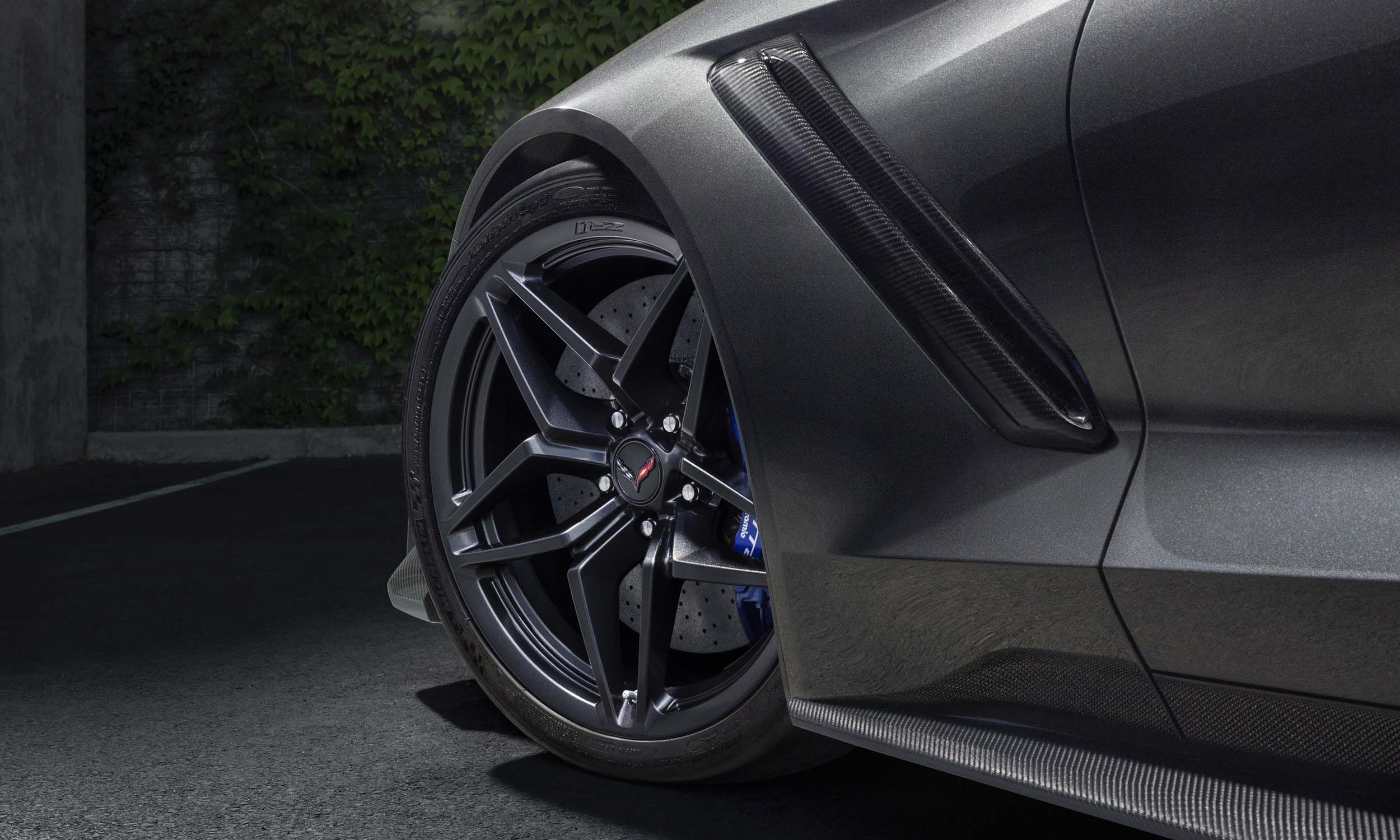 Big Brakes
Of course, stopping power is just as vital as horsepower, and the ZR1 delivers. Massive 15-inch carbon-ceramic brake rotors occupy all four corners. Up front are 6-piston aluminum calipers, with 4-piston calipers in the rear. 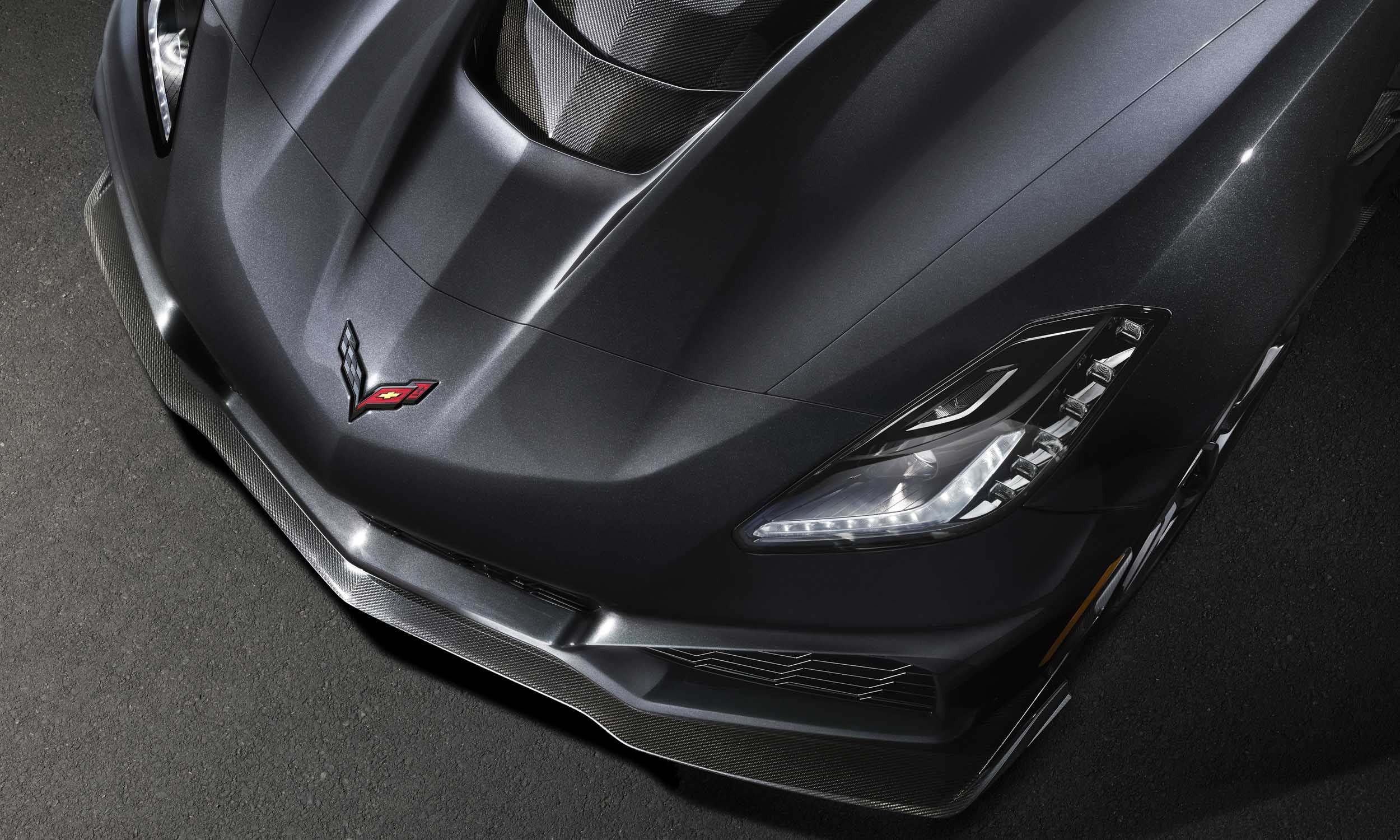 New Look
The Corvette ZR1 receives an all-new front fascia that functions beyond mere styling. The new nose is designed to channel more air for better engine and drivetrain cooling. To create space for the supercharger/intercooler assembly, the special carbon fiber hood opens in the middle. 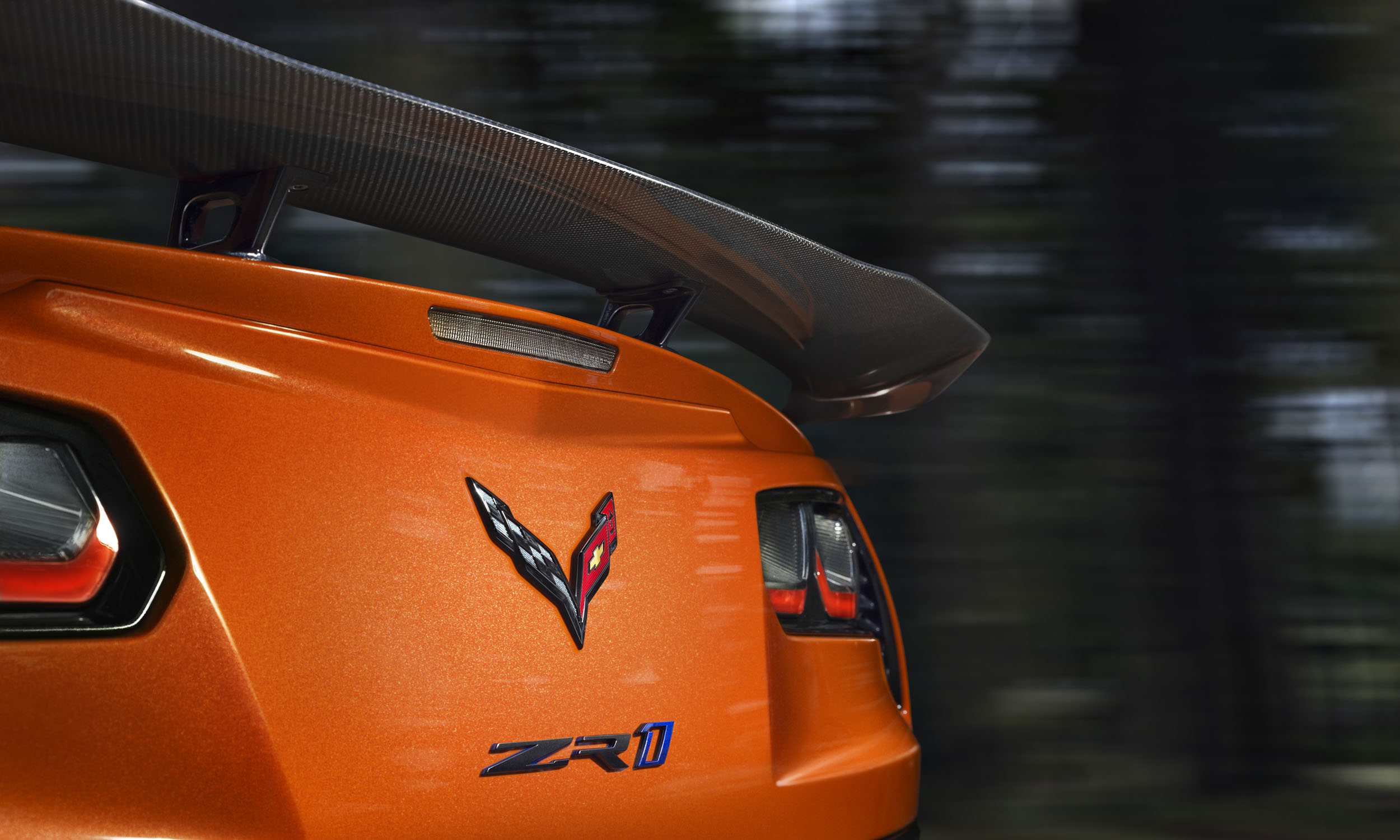 Two Wings
This new Corvette will be available with two different aero packages. The standard “low wing” generates up to 70 percent more downforce than the ZR1’s standard aero package; it also helps the ‘Vette achieve its highest speeds. The second aero package will have a two-way adjustable “high wing” that creates up to 950 pounds of downforce, and its purpose is to deliver the best track times. 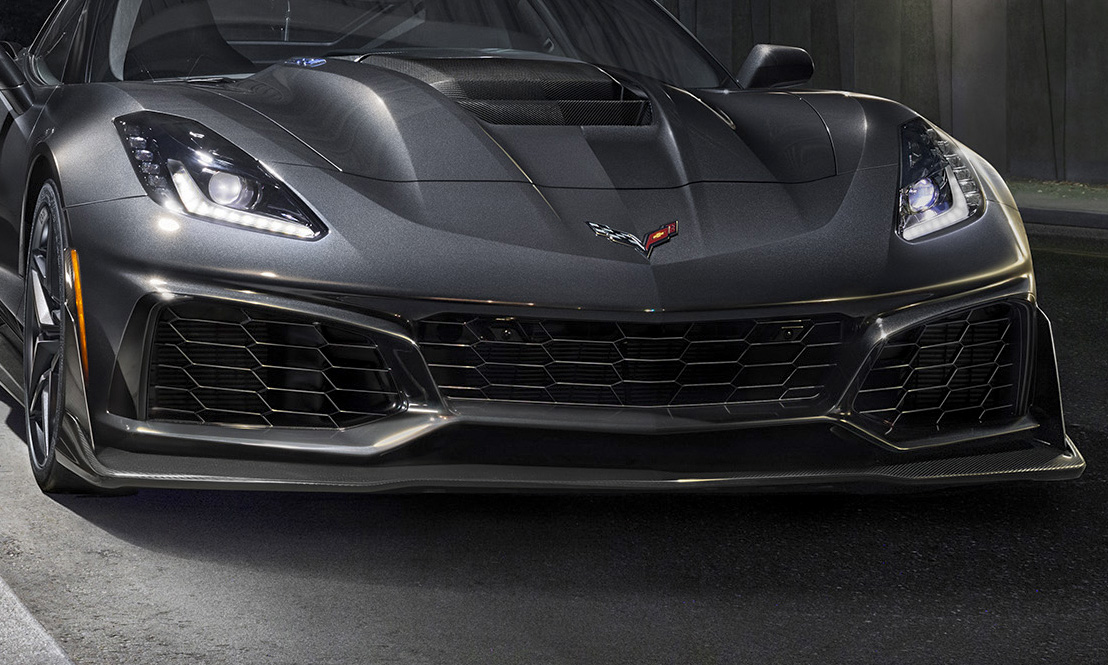 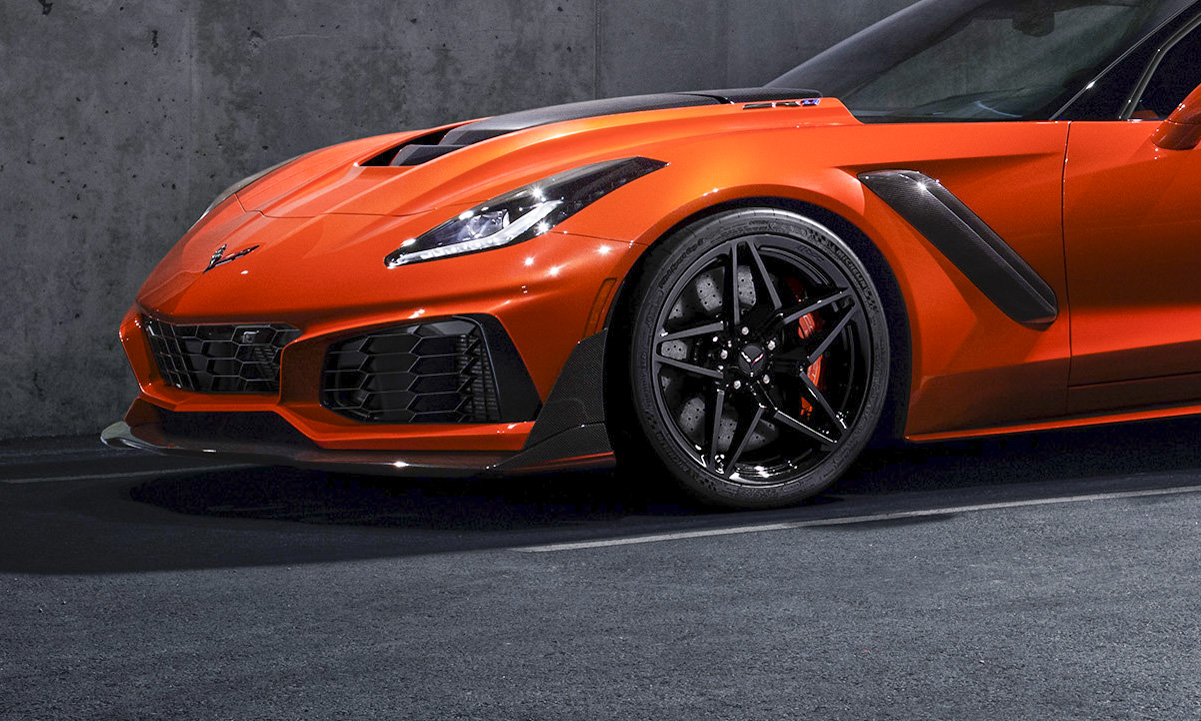 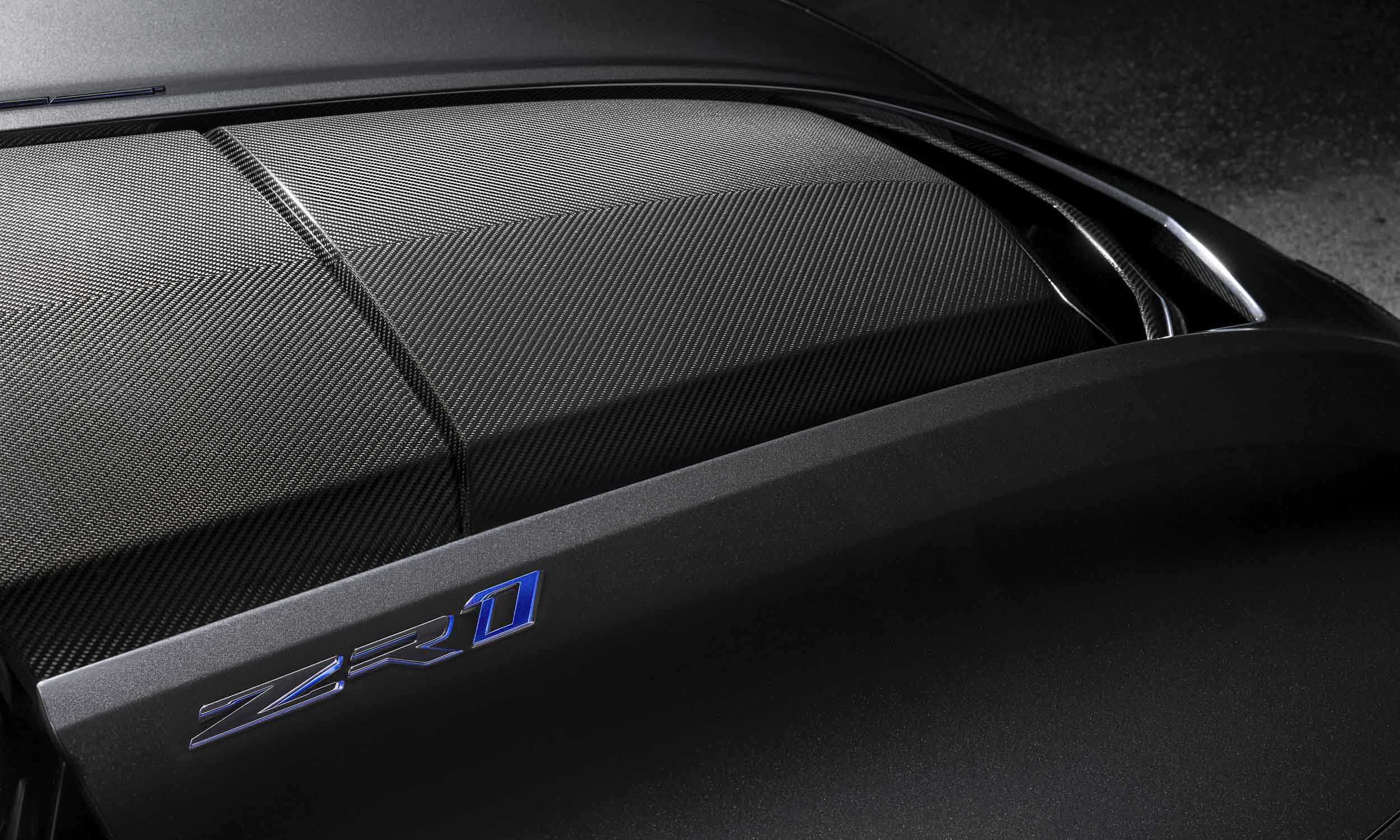 Coming Soon
The all-new Corvette ZR1 goes on sale next spring. Pricing should be released closer to the on-sale date.