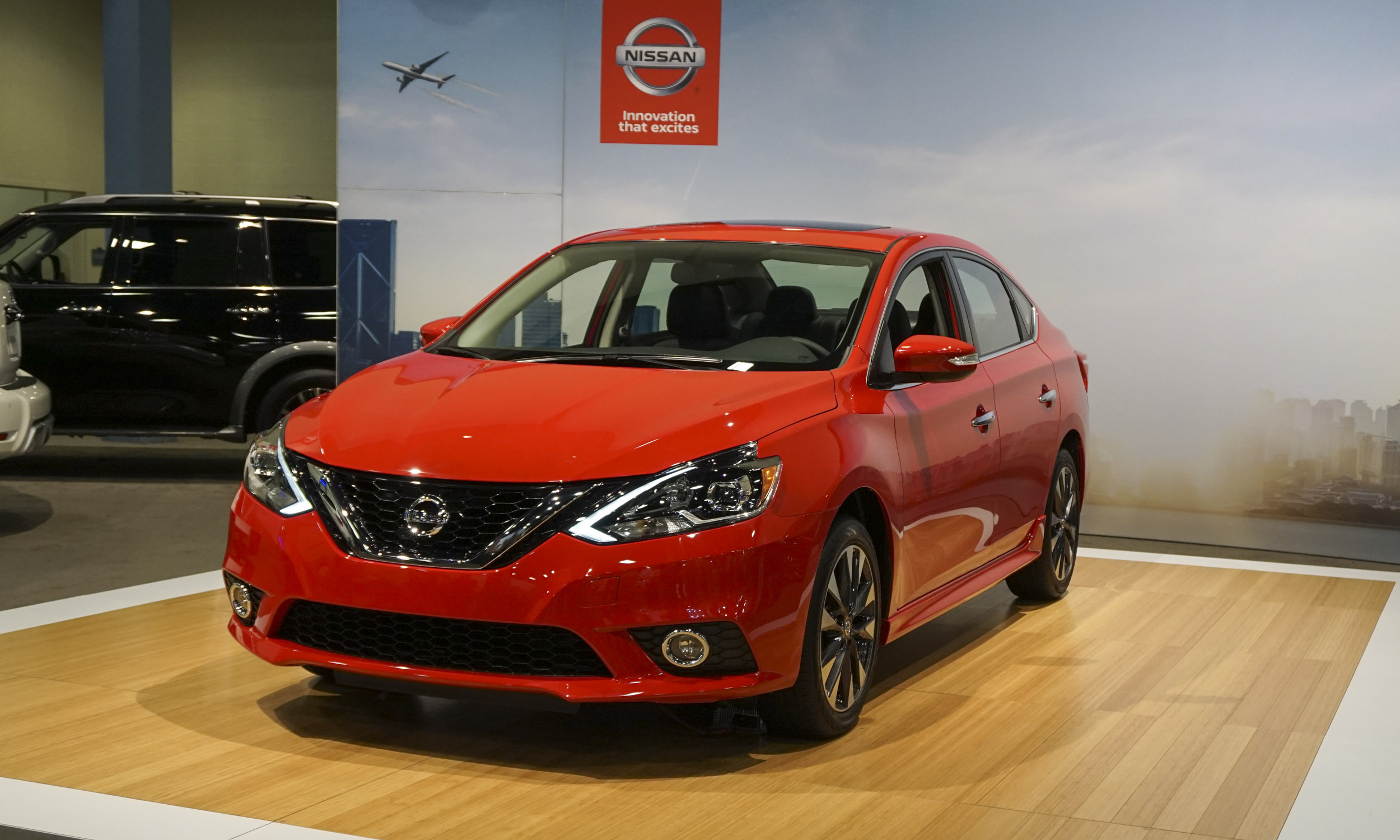 First-Ever Sentra Turbo
With the addition of the 2017 Sentra SR Turbo, Nissan adds a new top-of-the-line performance version of the popular Sentra compact sedan, powered by a 188-horsepower 1.6-liter Direct Injection Gasoline engine. Performance versions of the Sentra have been available over the model’s 35-year run, and the Sentra SR currently accounts for 15 percent of sales for Nissan’s third best-selling model, but this is the first time the Japanese automaker has offered a turbocharged powerplant in the Sentra. 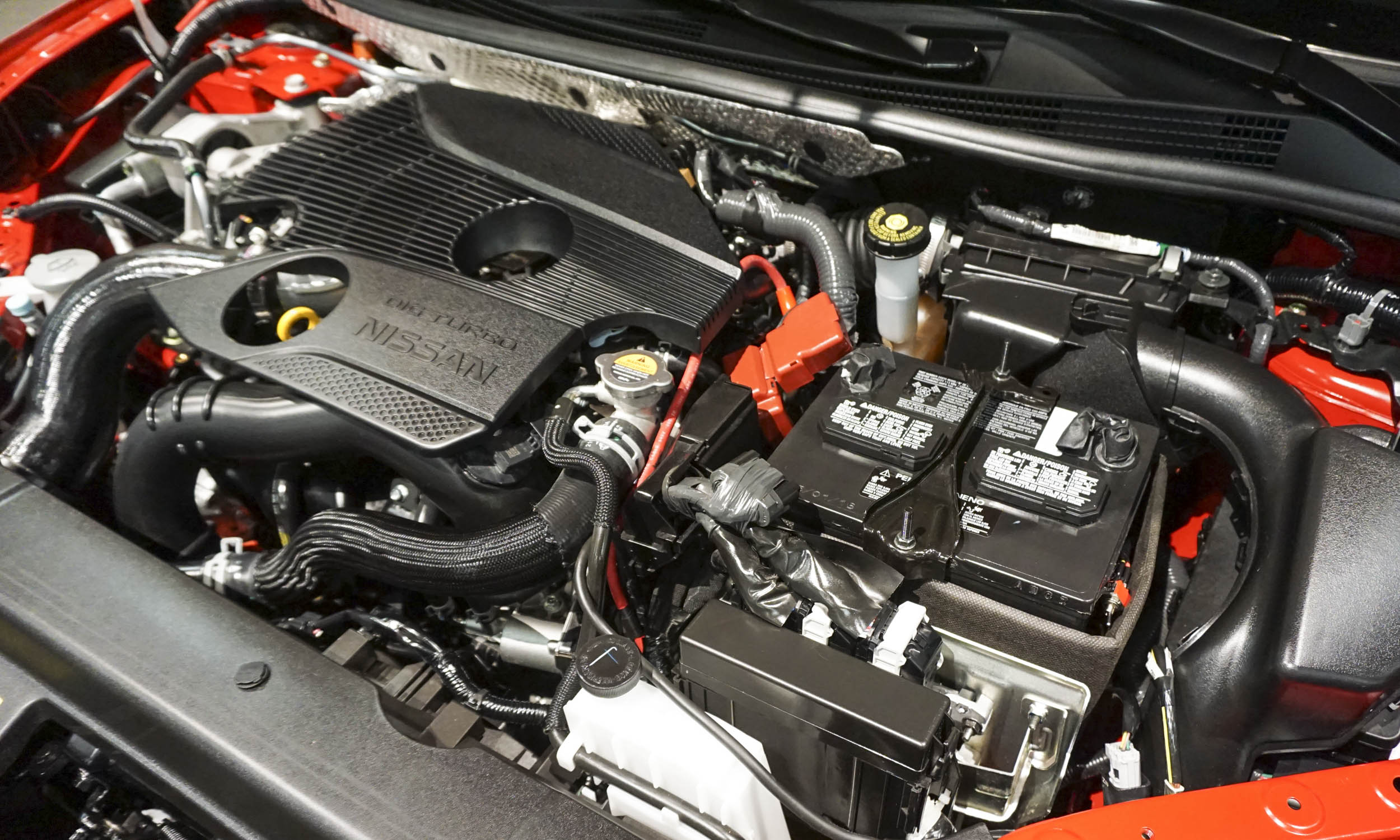 50 Percent More Power
The key component of the Sentra SR Turbo is the 1.6-liter DIG engine that produces 188 horsepower and 177 lb-ft or torque — an increase of 64 horsepower and 52 lb-ft of torque over the normally-aspirated 1.8-liter in the Sentra SR. Brandon White, director and chief marketing manager for small cars at Nissan North America, says that the new engine boosts horsepower by about 50 percent over the base Sentra. The same engine found in the Nissan JUKE, the 1.6-liter turbo features technology to enhance both performance and efficiency, including Continuously Variable Valve Timing Control System; spray coated and mirror-finished cylinder bores; a variable pressure oil pump; direct-injection and a 10.5:1 compression ratio. 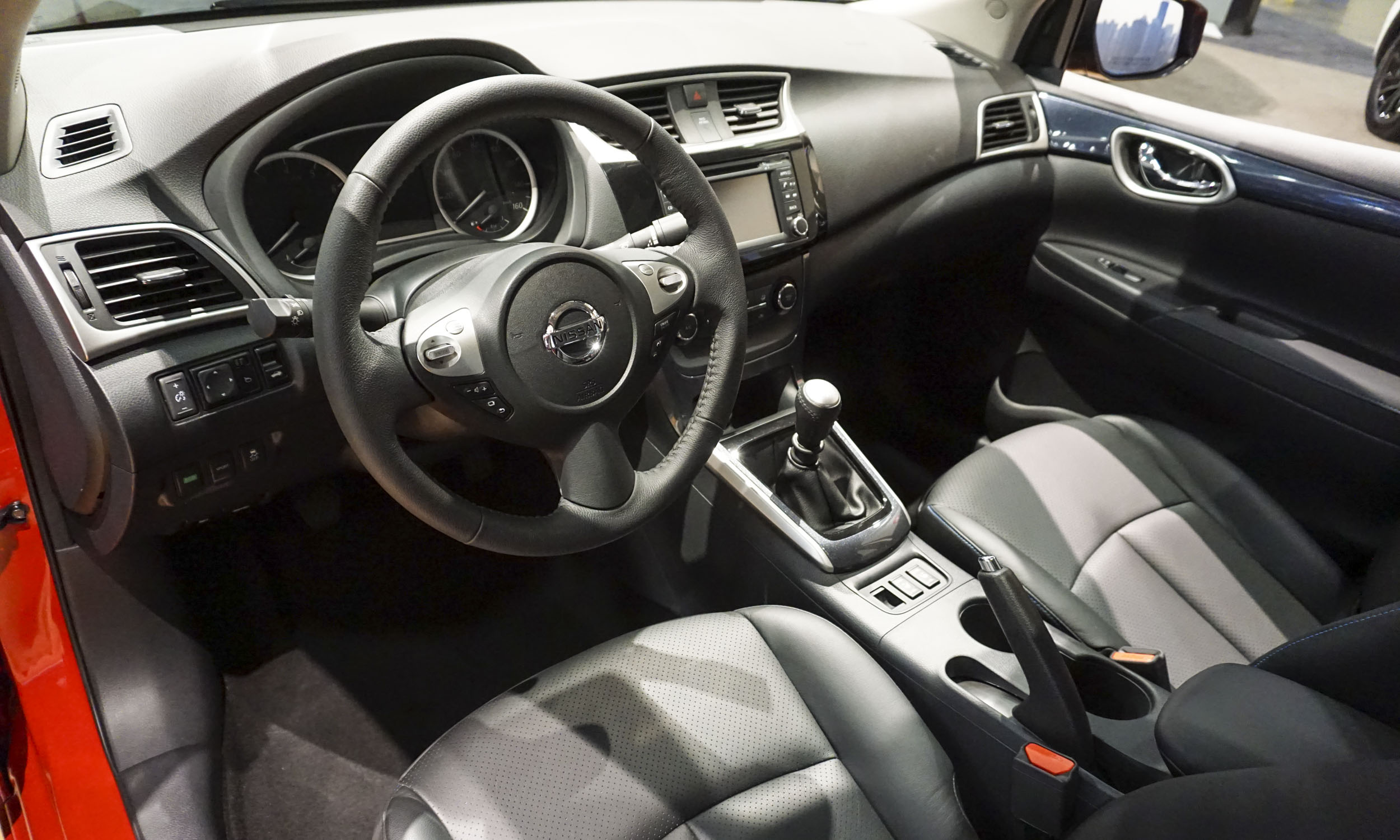 Two Transmission Choices
For the Sentra SR Turbo, the 1.6-liter DIG engine can be paired with either a 6-speed manual transmission with gear ratios matched to take advantage of the engine’s power band, or an advanced Xtronic continuously-variable transmission also engineered to take advance of the engine’s performance characteristics. The Xtronic features a wide gear ratio for both responsive acceleration and high-speed efficiency, and the D-mode simulates shifts for a more traditional acceleration feel without holding a high constant rpm, allowing engine speed to build along with vehicle speed. 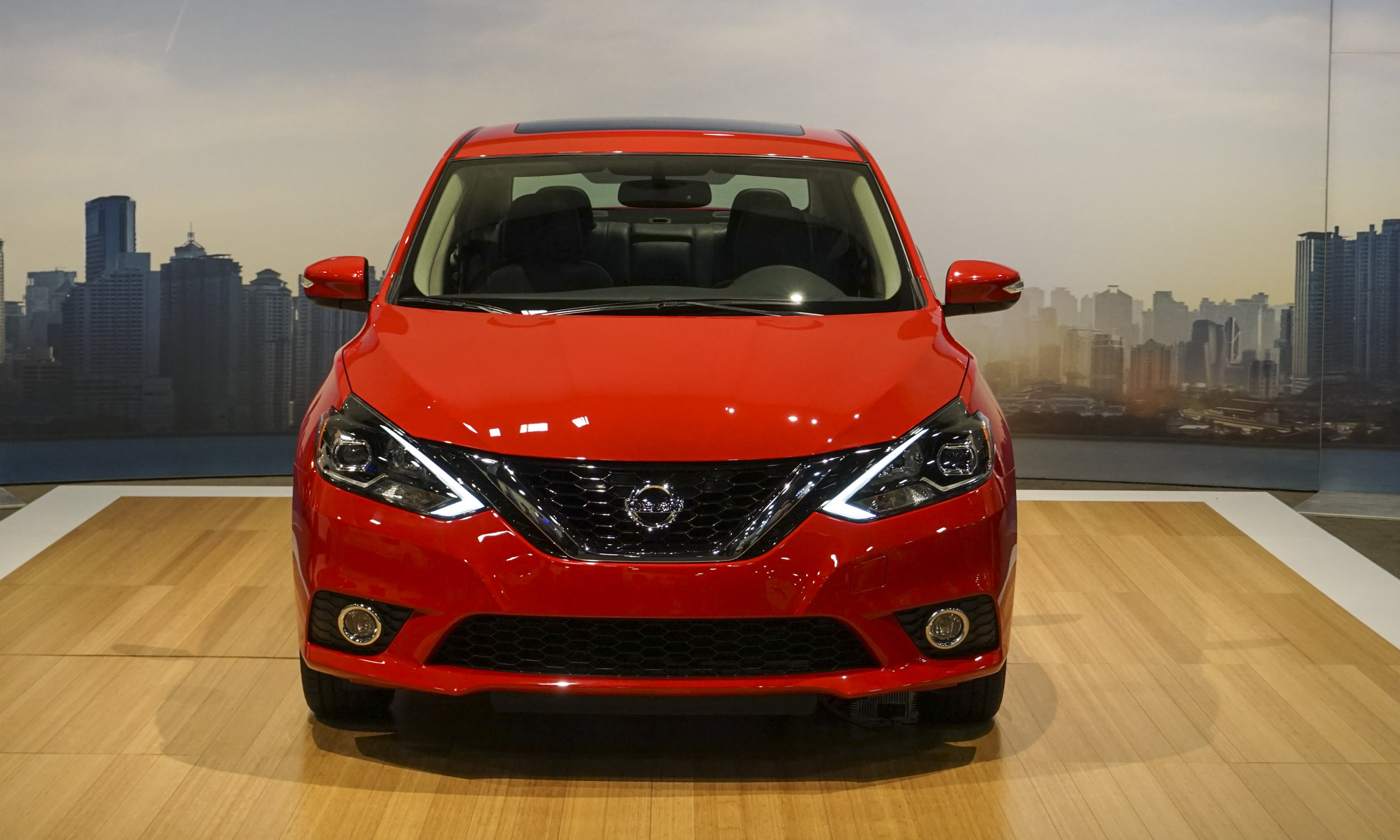 Handling Updates
In addition to the powertrain, the Sentra SR Turbo receives updates to the suspension, steering, brakes and body stiffness. Engineers increased the front cowl stiffness; added a larger steering motor and revised the steering gear mounting for improved performance; and also revised the electronic steering mapping for better balance between low-speed steering effort and improved steering feedback at higher speeds. The suspension has a 10 percent increase in front spring stiffness, along with front and rear dampers specific to the Sentra SR Turbo that increase front damping by 23 percent and rear damping by 50 percent. The Active Understeer Control system has been revised and 17-inch wheels and tires are standard. The SR Turbo’s larger front brakes are 11.7-inch vented discs, combined with 11.5-inch solid discs at the rear. 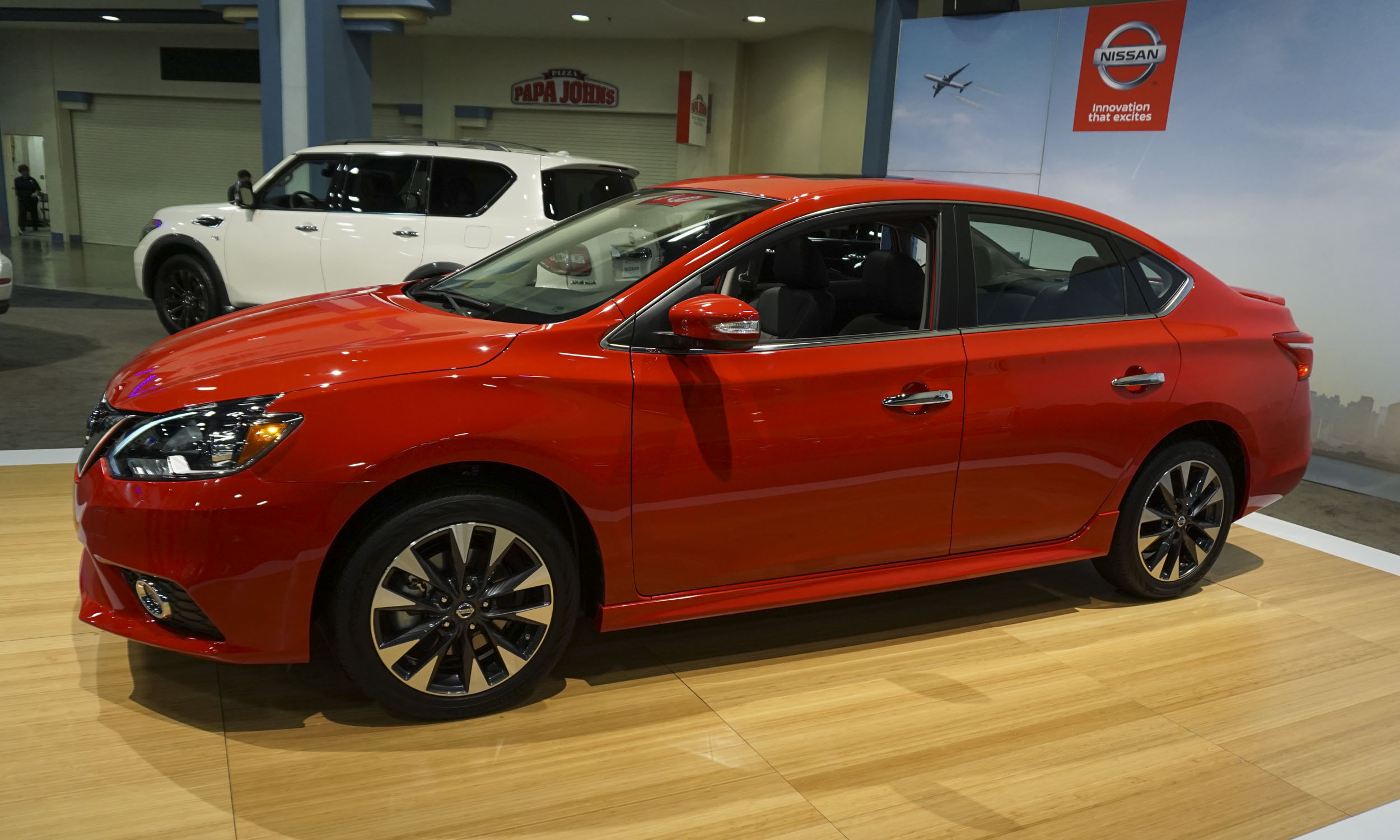 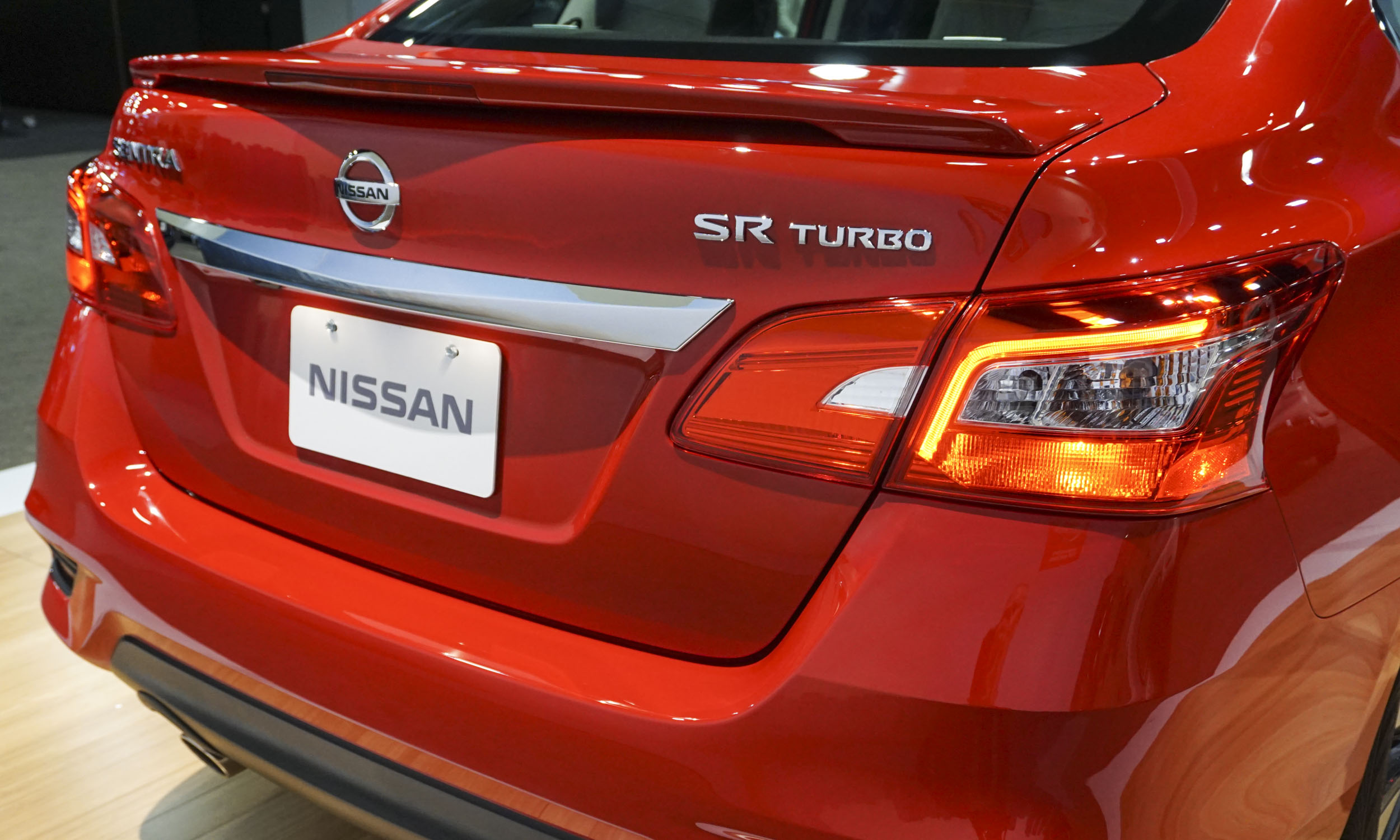 Price
Final pricing has not been announced, but Nissan did confirm the Sentra SR Turbo will start at less than $22,000. Nissan officials would not comment on any future product plans, but don’t be surprised if a NISMO version of the Sentra gets added to the lineup as well.