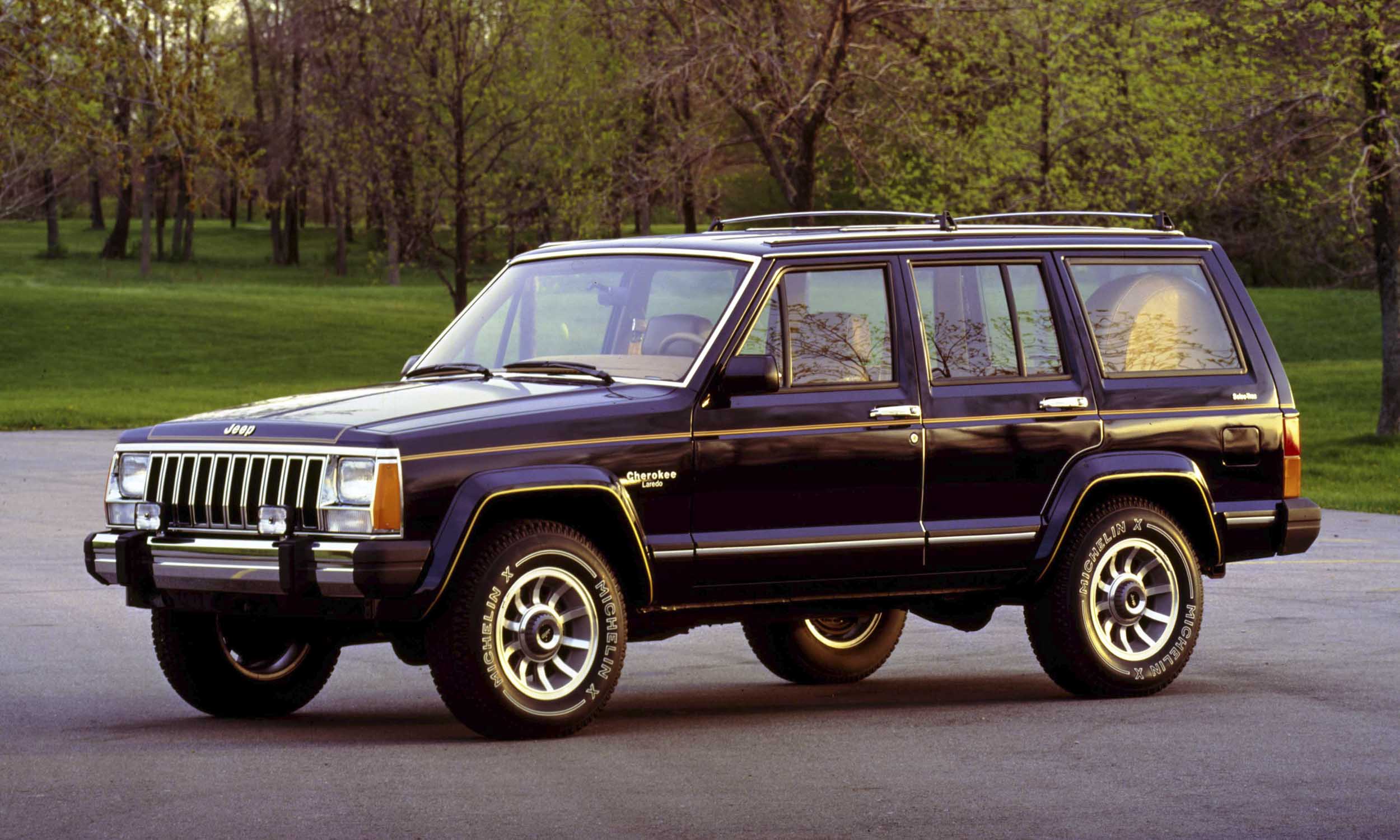 Eclectic Evolution
The rise of the sport-utility vehicle began during the 1980s in the United States as station wagons fell out of favor and off-road enthusiasts of the 1960s sought capable, practical 4-wheel-drive vehicles for their young families. Today the SUV has commandeered a worldwide audience, growing at an even greater rate than that of small cars — long the worldwide best-selling segment — even threatening to eclipse it. 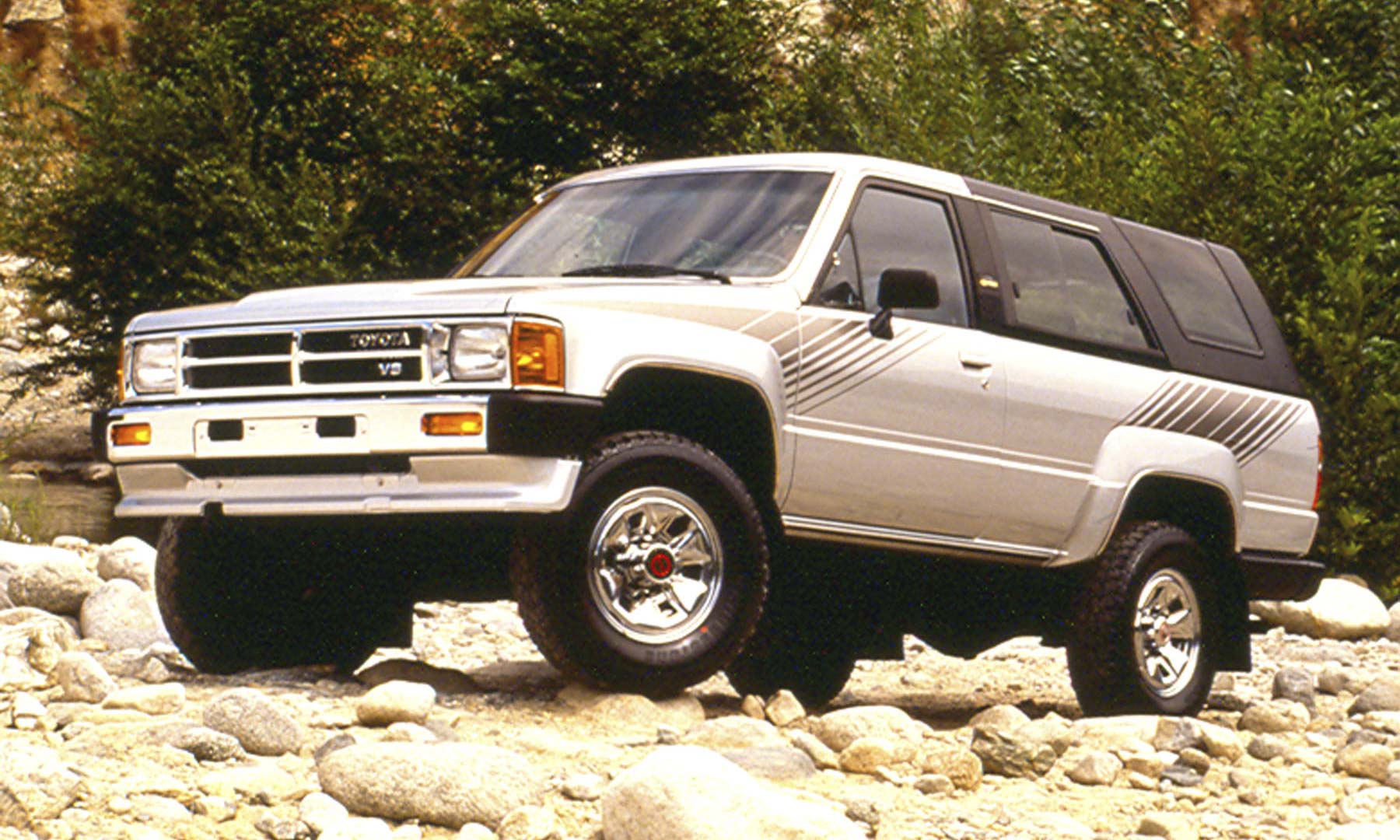 Back to the Future
Although it seems like sport-utility vehicles suddenly exploded onto the market during the cultural influences of neon and Duran Duran, it took decades for the SUV to coalesce into the form we recognize today. Let’s go back to the future and discover some of the vehicles that led up to, and advanced, the sport-utility vehicle — no flux capacitor required. 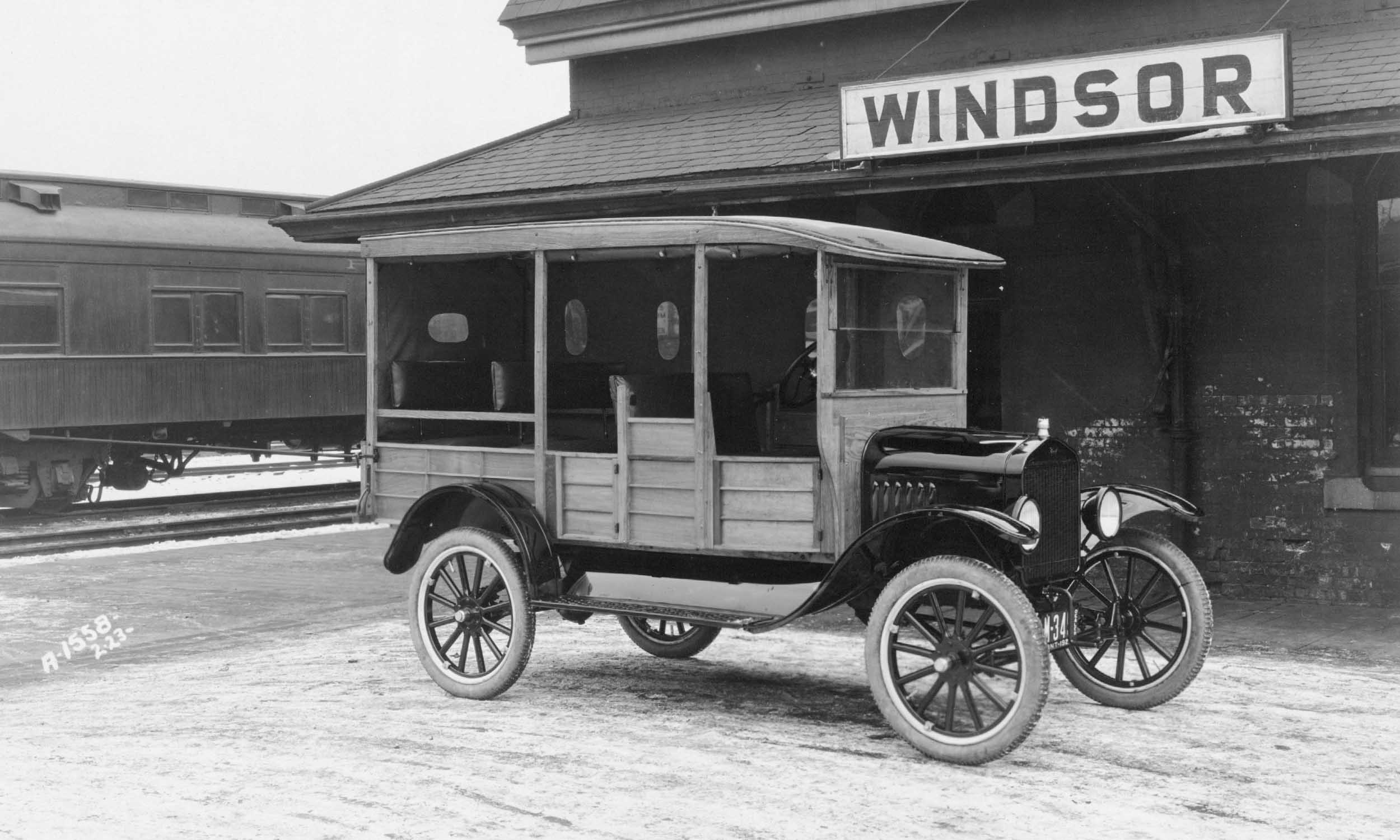 Ford Model T Depot Hack
Whatever you consider an SUV to be, they spawned from situational needs to carry both multiple passengers and lots of stuff. We see very early reflections of this in the “depot hack,” so-named for its use by hotels for carrying passengers from train stations to their hotel destinations in the 1920s — essentially a taxi (hence hack). In the United States different names and terms appeared for these vehicles, such as “station wagon” and “suburban.“ 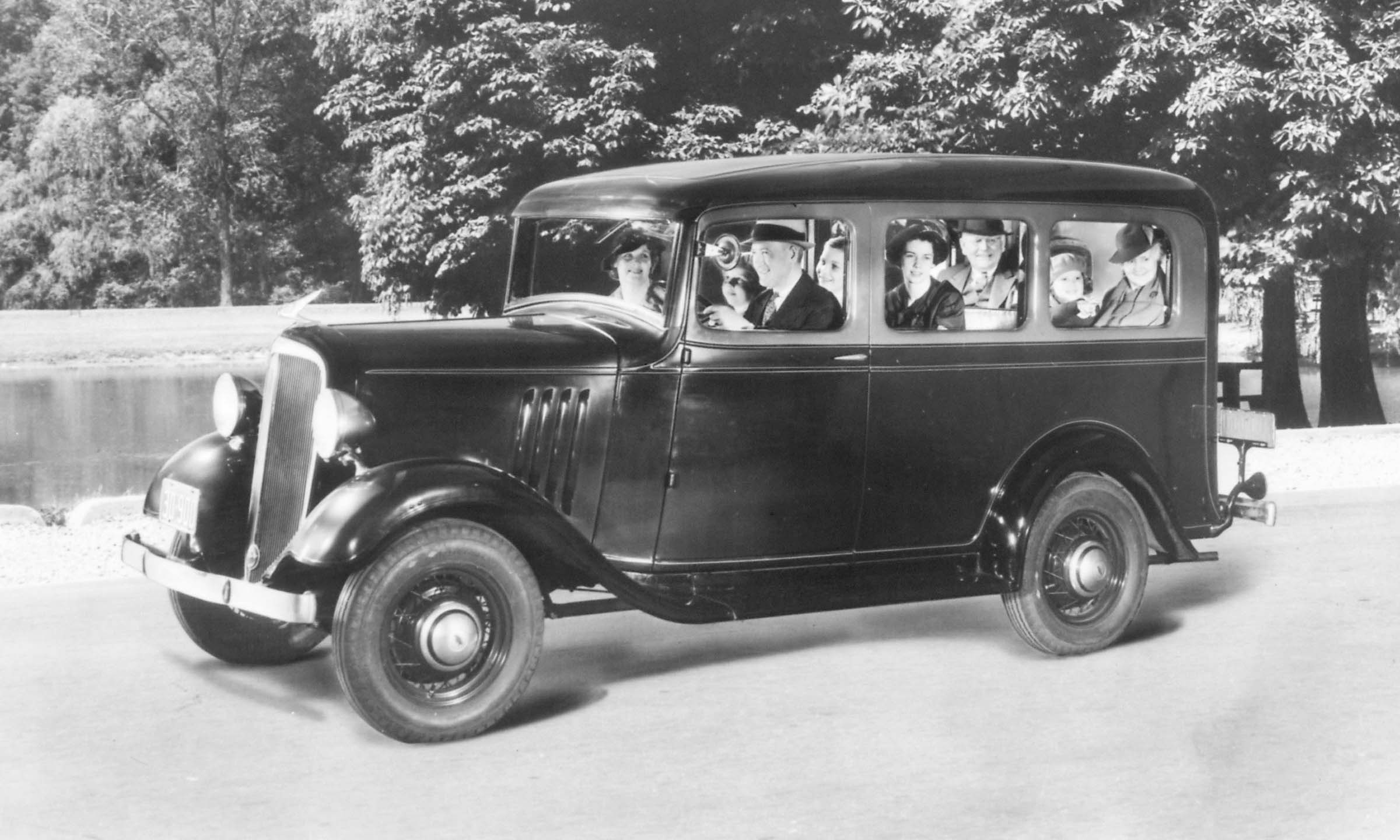 Chevrolet Suburban
First introduced in 1935, the Chevrolet Suburban offers an early glimpse at what would become the SUV. Built on a truck platform with three rows of passenger seating and room for cargo; this first Suburban is only missing a little height and a second row of doors. Another significant first for the original Suburban is its use of steel instead of wood for the body (a milestone claimed by multiple proto-SUVs — more on this later). The Suburban is the longest-running nameplate in automotive history. 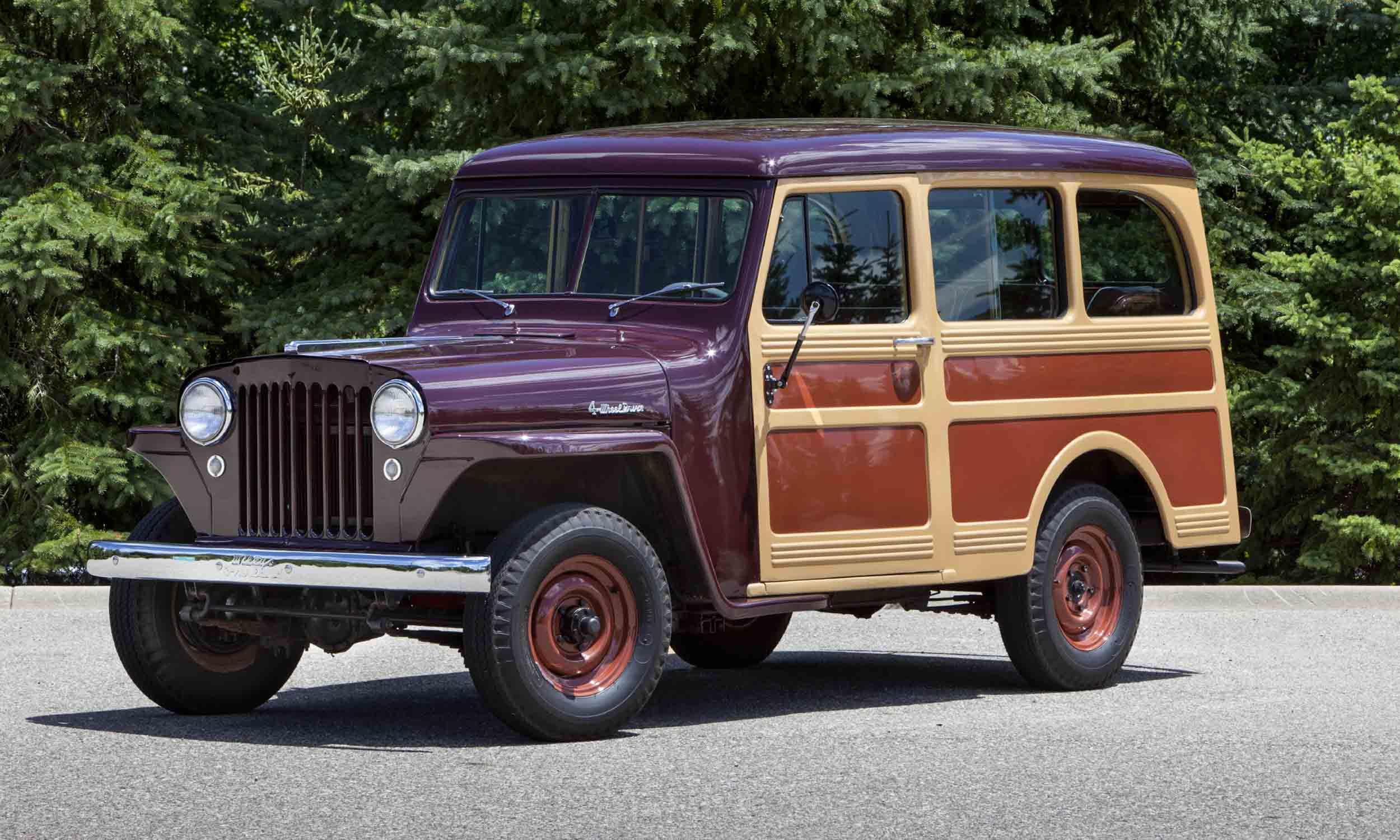 Willys Wagon
Perhaps even more than in the Chevrolet Suburban, the DNA of the modern SUV can be traced to the go-anywhere, do-anything machines developed during World War II, most notably the Willys Jeep. Debuting in 1946, the Willys Wagon was the first all-steel-bodied station wagon (meaning not developed from a truck chassis, like the Suburban), with clever paint to blend in with the “woody” wagons of the era. With the addition of 4-wheel drive in 1949, this is where the template for what we know today as the SUV starts to take shape. 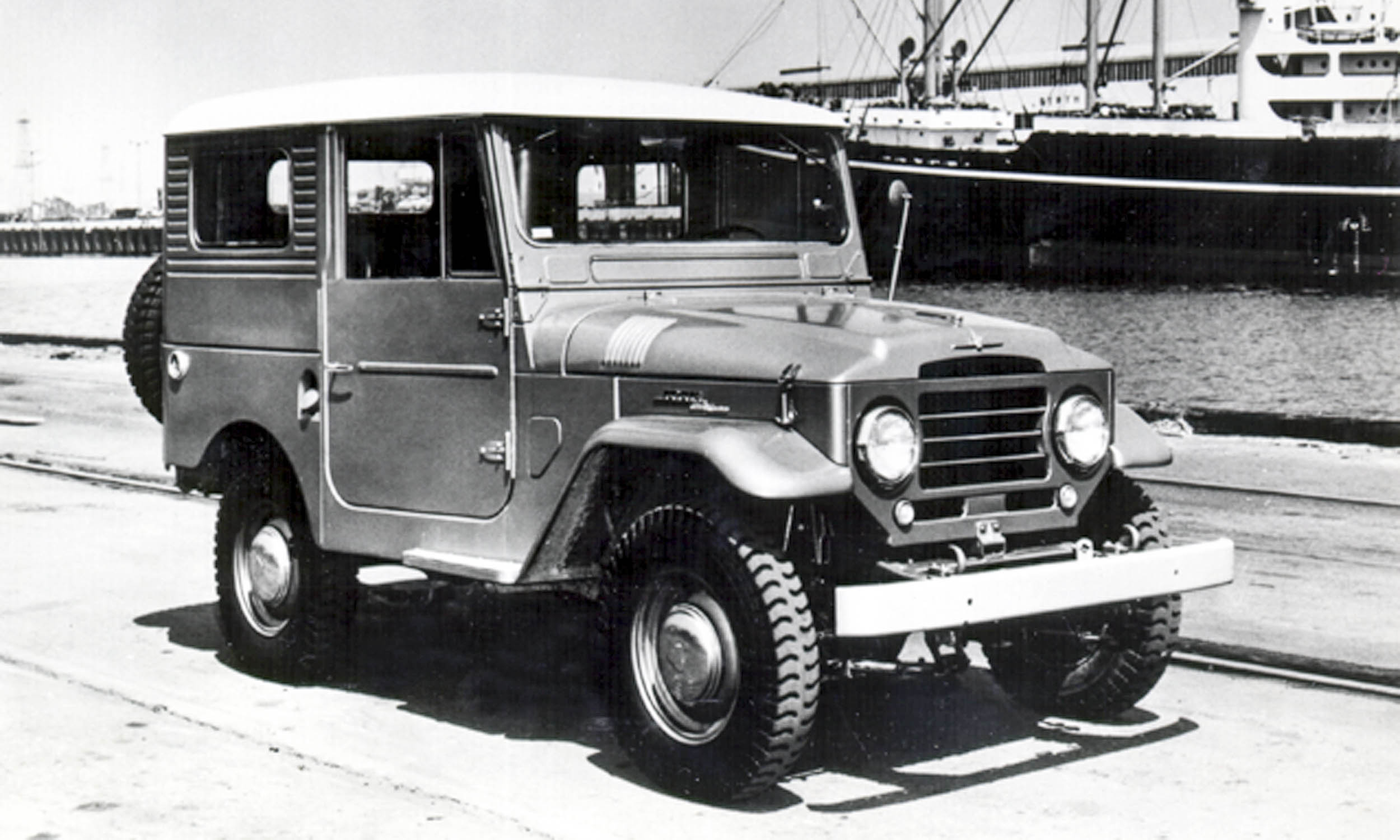 Toyota Land Cruiser
Another direction of the SUV’s development can be traced to the history of Toyota’s Land Cruiser. Today shoppers see the Corolla and Camry on nearly every Top 10 sales chart, but Toyota’s “Jeep-for-the-rest-of-the-world” is what gave the manufacturer a foothold in almost every market it entered (including the United States). Tough, reliable and simple to maintain, the Land Cruiser laid the groundwork upon which Toyota built its reputation, and allowed more of the world to see, well, more of the world than ever. 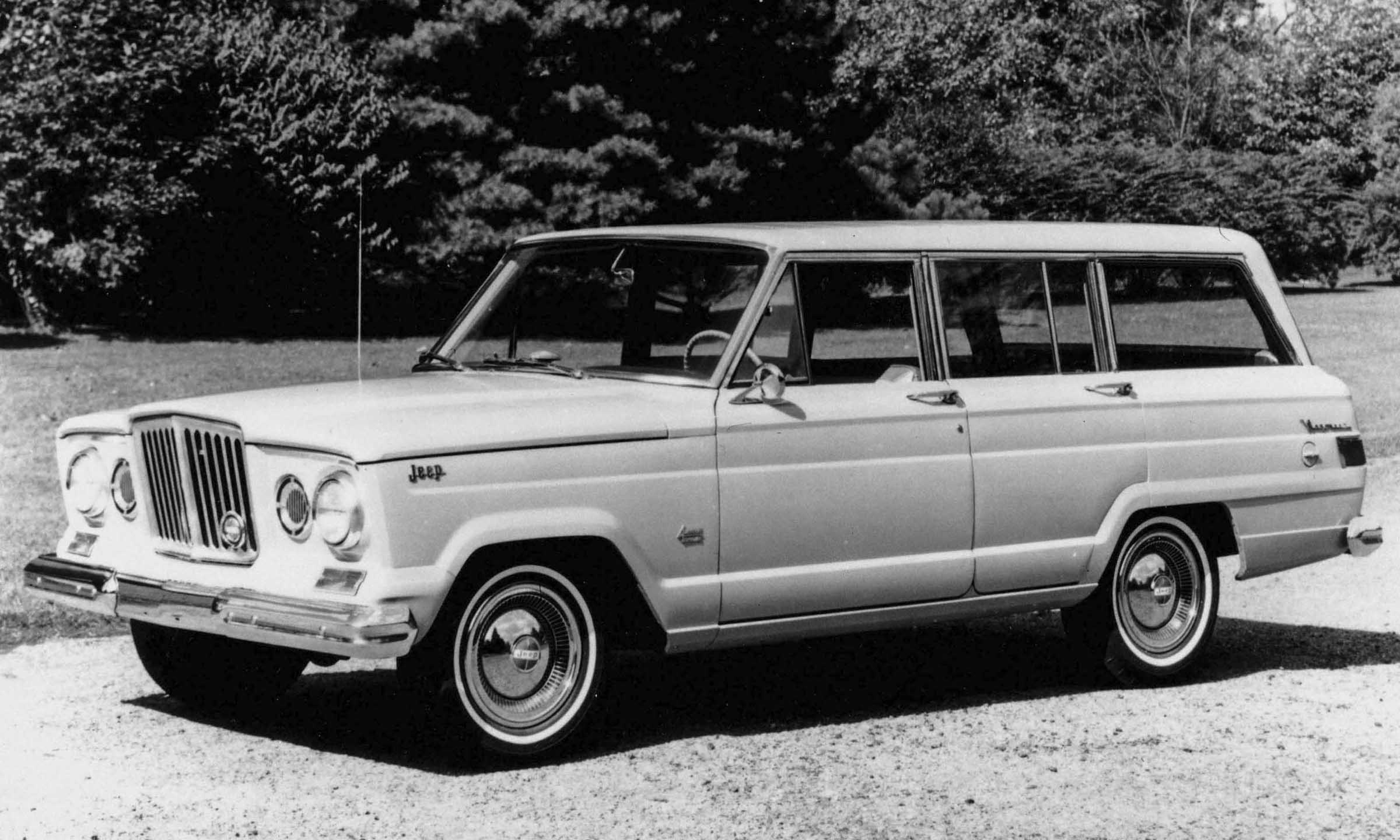 Jeep Wagoneer
Although many more refinements were still to come, in 1962 the introduction of the Jeep Wagoneer marks the birth of the SUV as we know it today. The Wagoneer had the first automatic transmission and independent suspension in a four-wheel-drive vehicle, while offering creature comforts such as power steering, power brakes and an upgraded interior. Comfort, convenience and capability, with a touch of luxury: every SUV of today follows the Wagoneer template, especially one directly spun off from the Wagoneer — the Cherokee. 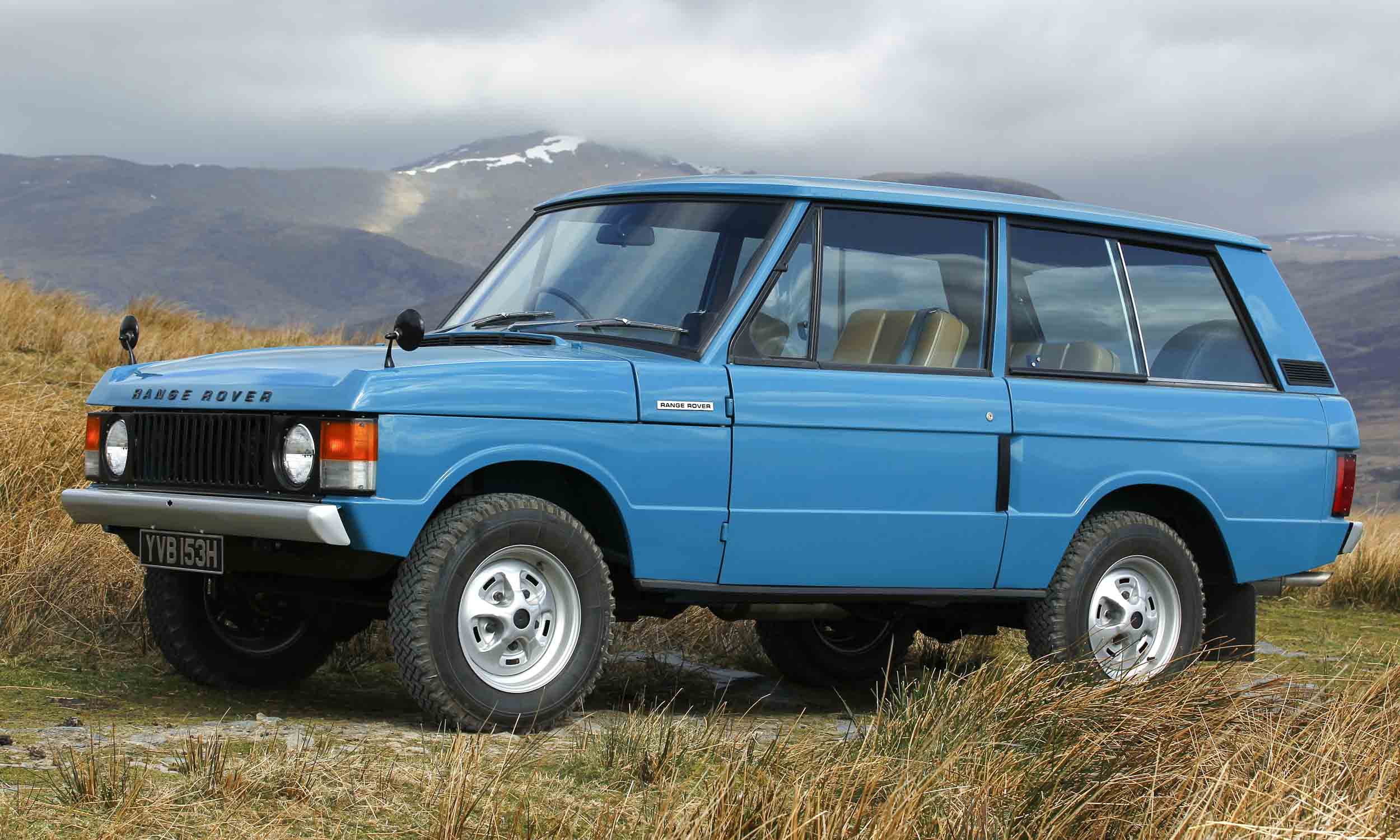 Land Rover Range Rover
Spurred by the success of the Jeep Wagoneer and Ford Bronco, the original 1970 Range Rover delivered supreme off-road capability while staying polite on pavement, all within an immediately iconic design that earned the classic Range Rover a place in the Louvre. Moving through the 1980s and 1990s, the Range Rover also established itself as a high-end luxury marque, and remains on the cutting edge of performance, safety and convenience technologies: the first appearances of ABS, electronic traction control, automatic air suspension in a four-wheeler happened in the Range Rover, among others. 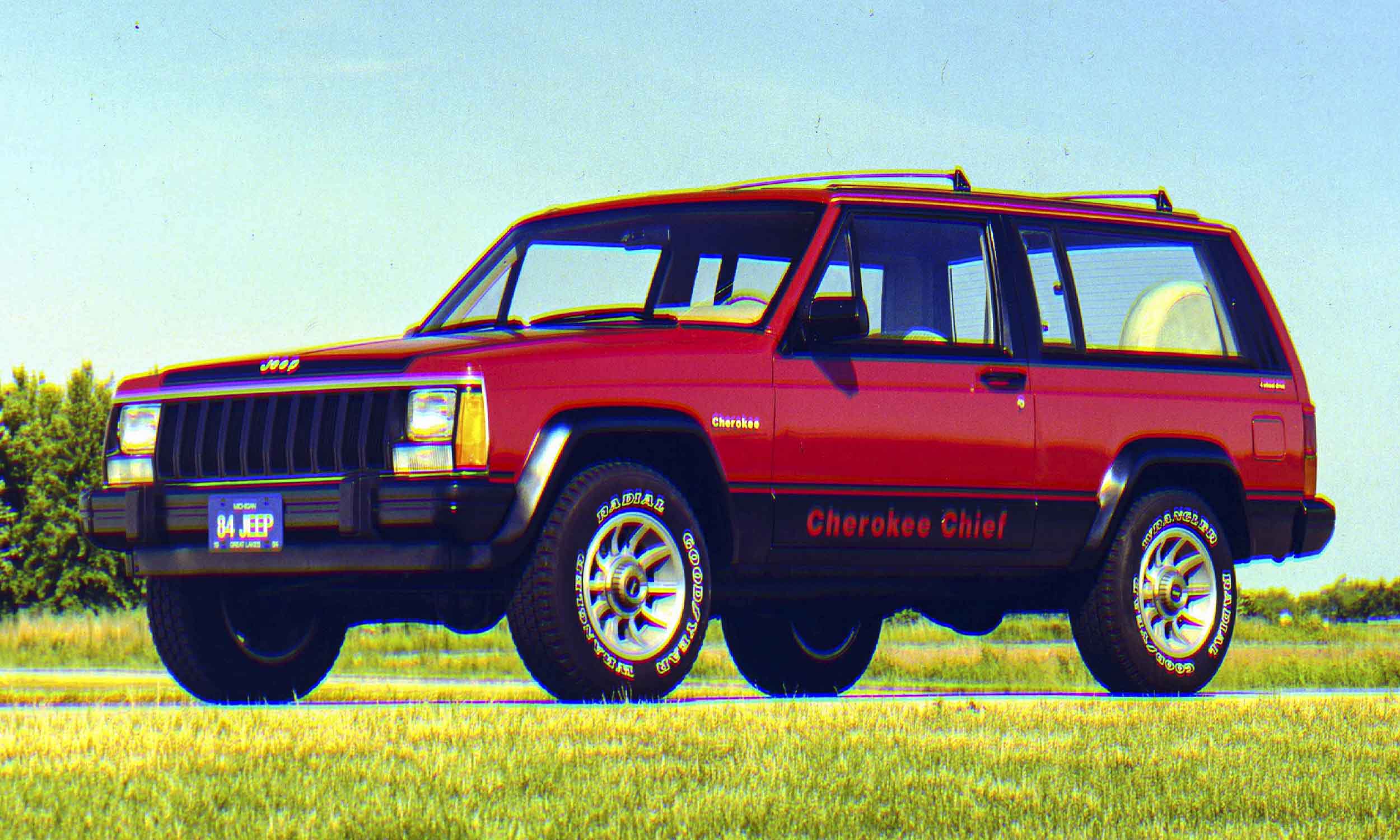 Jeep Cherokee
Malaise Era land-barge station wagons of the 1970s gave way to the rise of the minivan as the go-to family hauler, but when the second-generation (XJ) Jeep Cherokee emerged in 1984, drivers suddenly had a much cooler option. Built on a compact unibody, the Cherokee established the midsize SUV segment, with some off-road capability and everyday functionality in a manageable size. As the 1980s drew to a close, it’s safe to say the automotive world had noticed: The era of the SUV was about to begin. 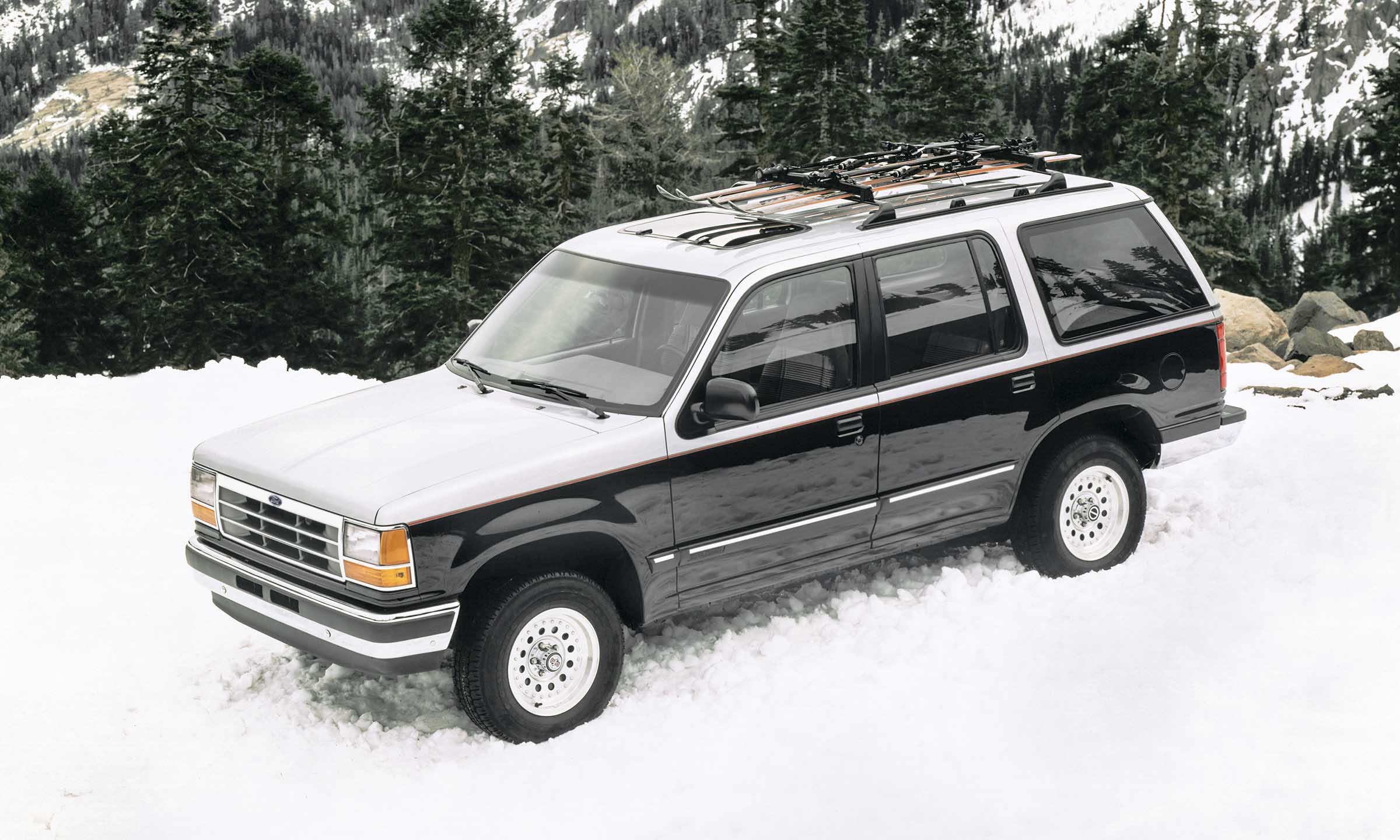 Ford Explorer
The Jeep Cherokee’s success primed the market for the SUV, and Ford jumped in with its Explorer in 1990. The Explorer was an instant hit, kicking off a battle for supremacy in the segment that continues today. Based on the midsize Ranger, the Explorer could be configured as a basic runabout or with an impressive array of higher-end appointments — or in special versions such as the Eddie Bauer Edition. Having established itself as a benchmark in its category, to this day the Explorer still routinely sells over 200,000 units per year. 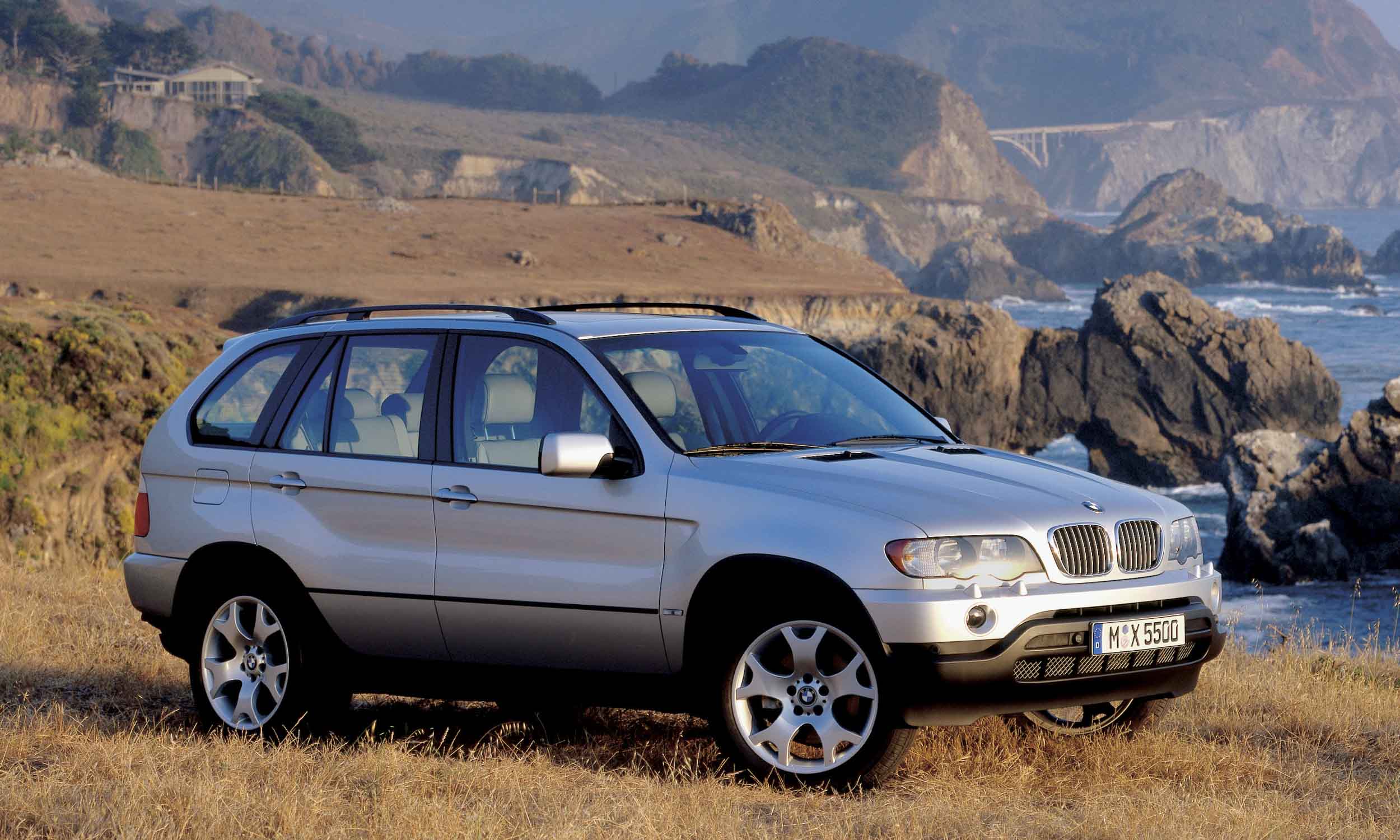 BMW X5
Deserving or not, similar automotive stereotypes worked to turn some consumers off to station wagons and minivans: They were no fun to drive, and often just plain boring. Those tags were starting to be hung upon SUVs as their sales exploded in the mid-1990s, until BMW debuted the X5 in 1995. With its 4.4-liter V8 engine and optional manual transmission (with the six-cylinder engine), the X5 easily outran everything on the road like it. The X5 also started a new arms race among performance marques, which would shock traditionalists while preserving the sports cars they love. 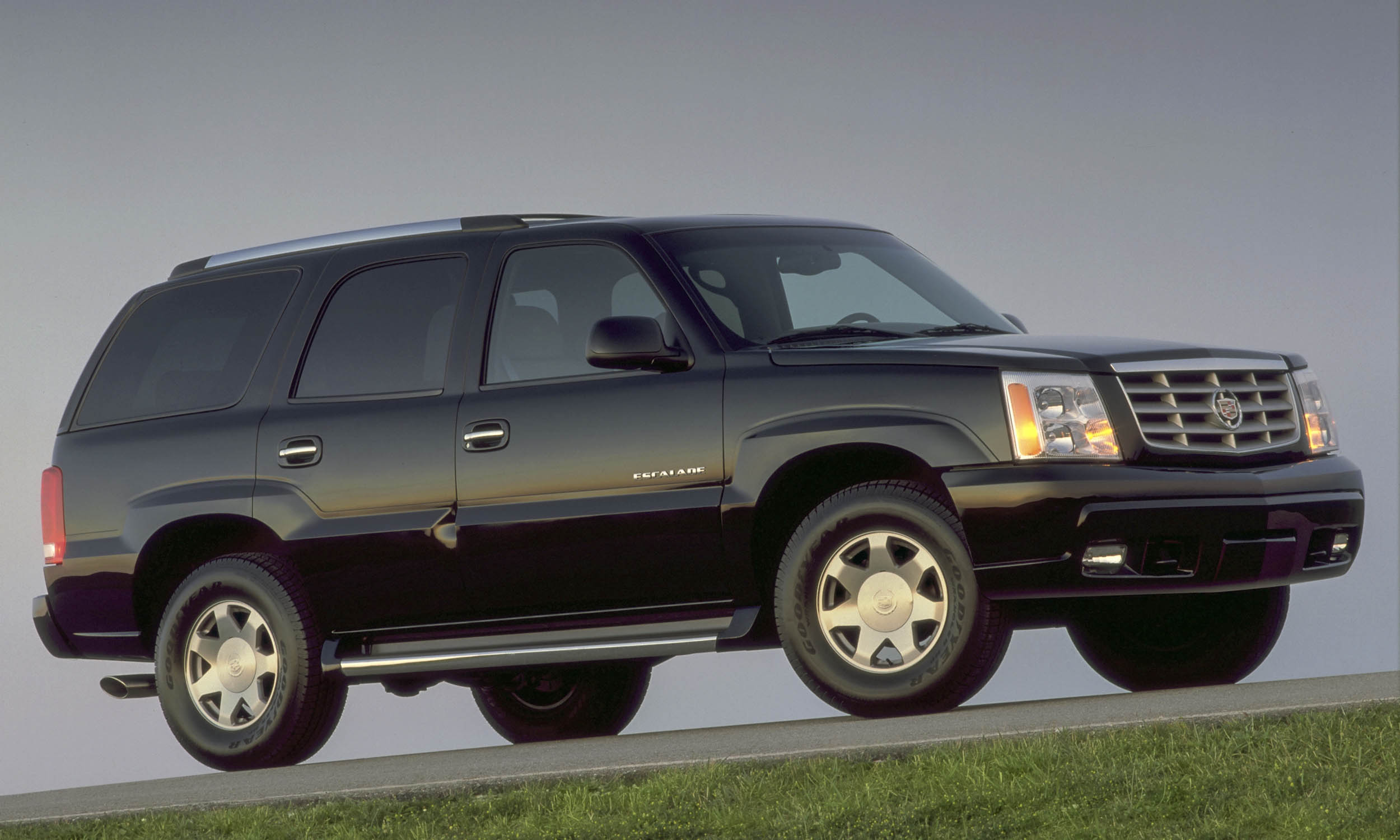 Cadillac Escalade
Rushed to market in 1999 to compete with the Lincoln Navigator, the Cadillac Escalade came into its own with the 2002 second-generation model. Where other luxury SUVs worked to be subtle, the Escalade leaned into its opulence, and found an enthusiastic audience looking for a high-end SUV with a slightly less sky-high price tag than the Range Rover (not to mention one not quite so . . . British). Cameo appearances in nearly every hip-hop video of the early 2000s cemented the Escalade as the SUV status symbol. 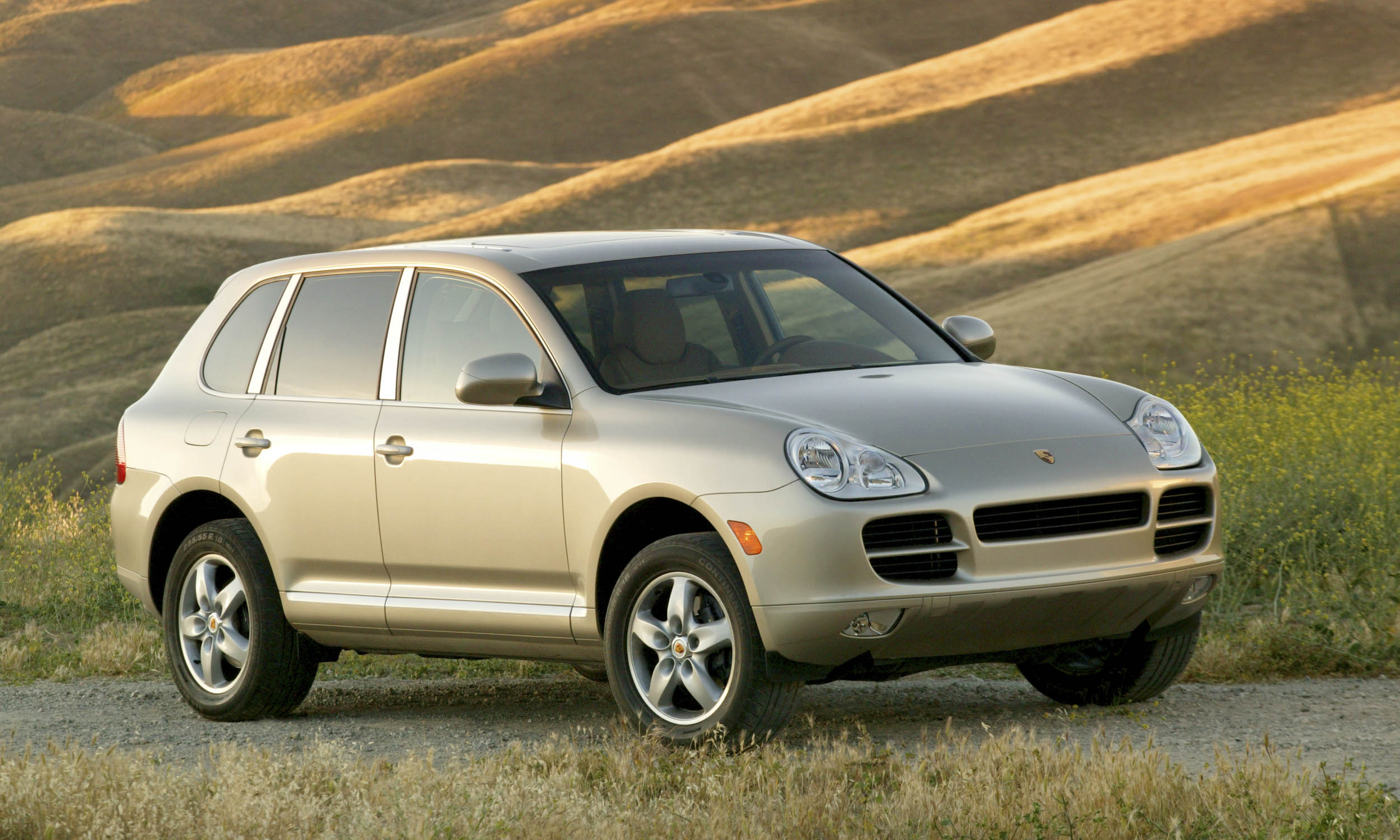 Porsche Cayenne
Porsche shocked 911 obsessives everywhere when it announced plans for an SUV. As the next logical step from BMW’s X5, Porsche aimed to build the Cayenne as “the first sports car in the SUV segment.” The Cayenne’s 2003 debut had three variants, with the S and Turbo sharing the same 4.5-liter V8 engine, with 335 horsepower or turbo-boosted to 444 horsepower. A 6-speed Tiptronic automatic transmission and full-time all-wheel drive were standard. Purists howled, but the Cayenne sent stagnant Porsche profits through the roof, affording the company a return to Le Mans, the 918 hypercar and a plethora of 911 progeny. 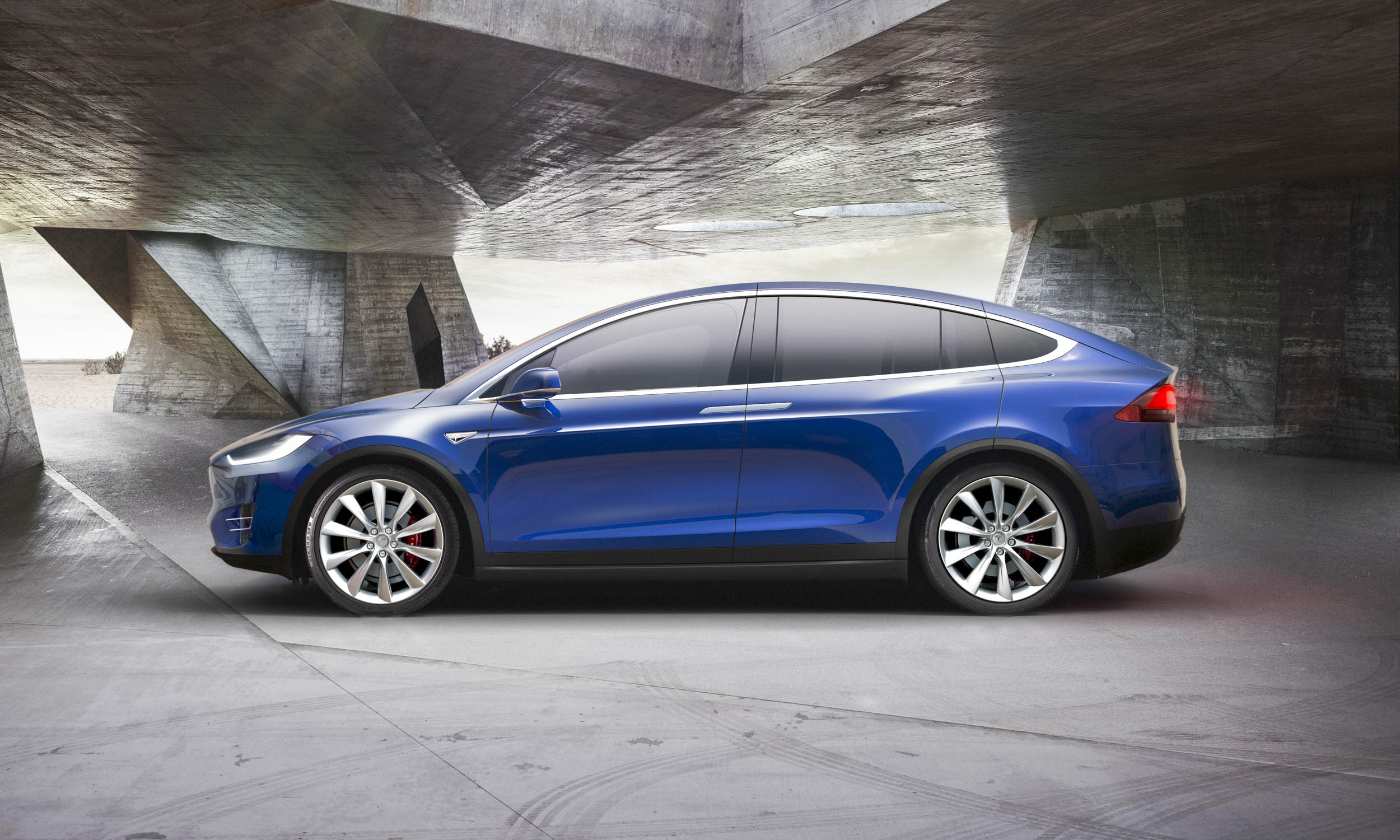 Tesla Model X
Seeking to plant a flag on the electric future of the automobile, a Tesla SUV was inevitable. The Model X packs all the shocking performance of Tesla’s Model S into a body that seats seven with decent cargo space and an all-wheel-drive system. Tesla’s hallmark irreverence is found within and without the Model X; from its DeLorean-like falcon doors to the Ludicrous Speed driving mode that allows it to run from zero to 60 mph in 2.9 seconds. As emissions standards grow more stringent in the coming years, the importance of hybrid and electric SUVs will only grow; expect the next arms race to be around battery range.