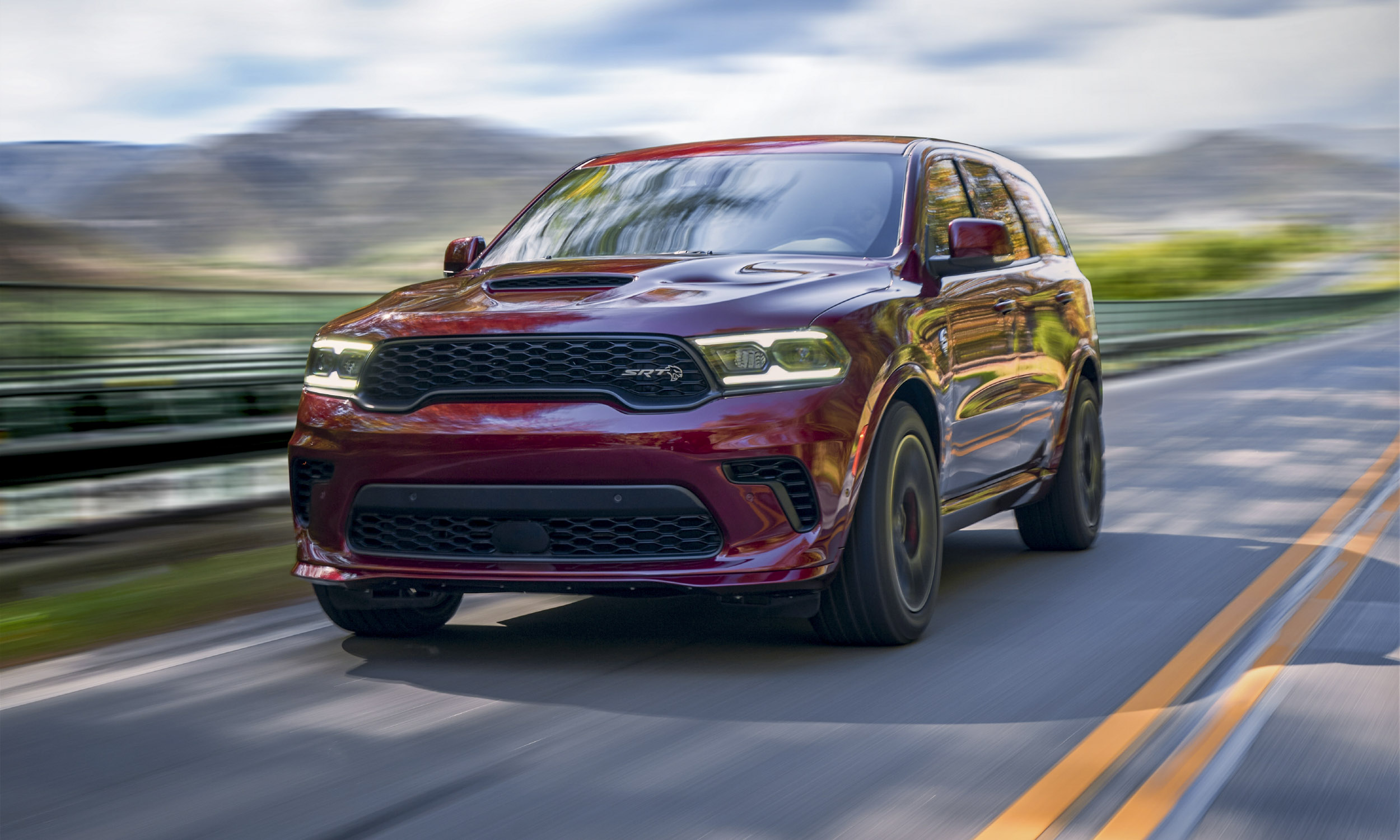 Dodge Durango SRT Hellcat
Today Dodge announced the return of the supercharged Durango SRT Hellcat SUV for the 2023 model year, alongside the Dodge Challenger Hellcat and the Dodge Charger Hellcat. The Durango Hellcat was initially intended for an exclusive run during the 2021 model year. However, Durango now returns powered by a supercharged 6.2-liter Hemi Hellcat V8 engine producing 710 horsepower and 645 lb-ft of torque. 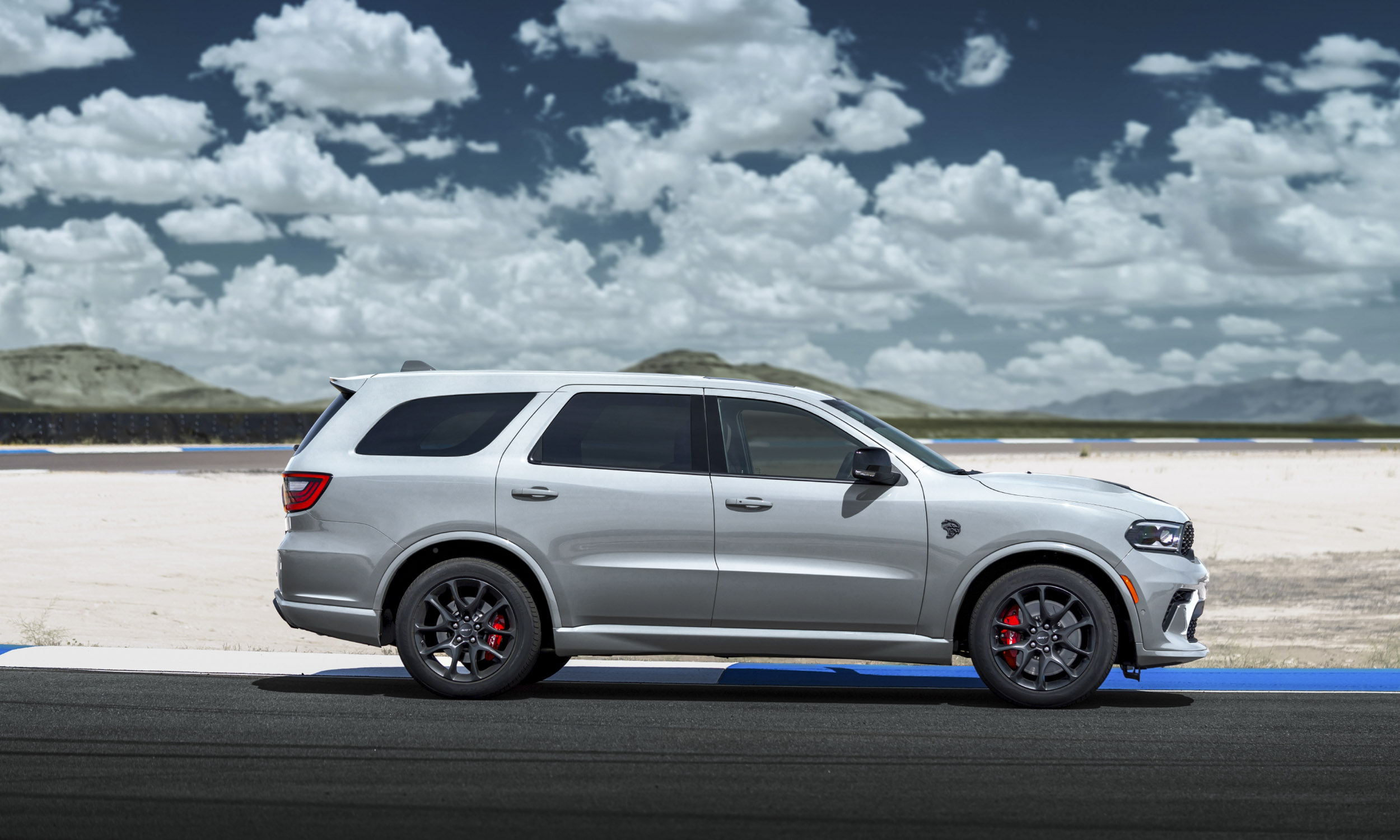 Crazy Enthusiasm, Demand
“The Dodge Durango SRT Hellcat has generated a crazy amount of enthusiasm and demand since it was introduced in 2020 — we even extended its initial production run — so it seemed appropriate to bring back the most powerful SUV ever as part of our historic 2023 model-year Dodge lineup,” said Tim Kuniskis, Dodge brand chief executive officer at Stellantis. “Muscle enthusiasts also have families, and the 2023 Dodge Durango SRT Hellcat can get those families where they want to go and has the ability to tow 8,700 pounds,” Kuniskis noted. 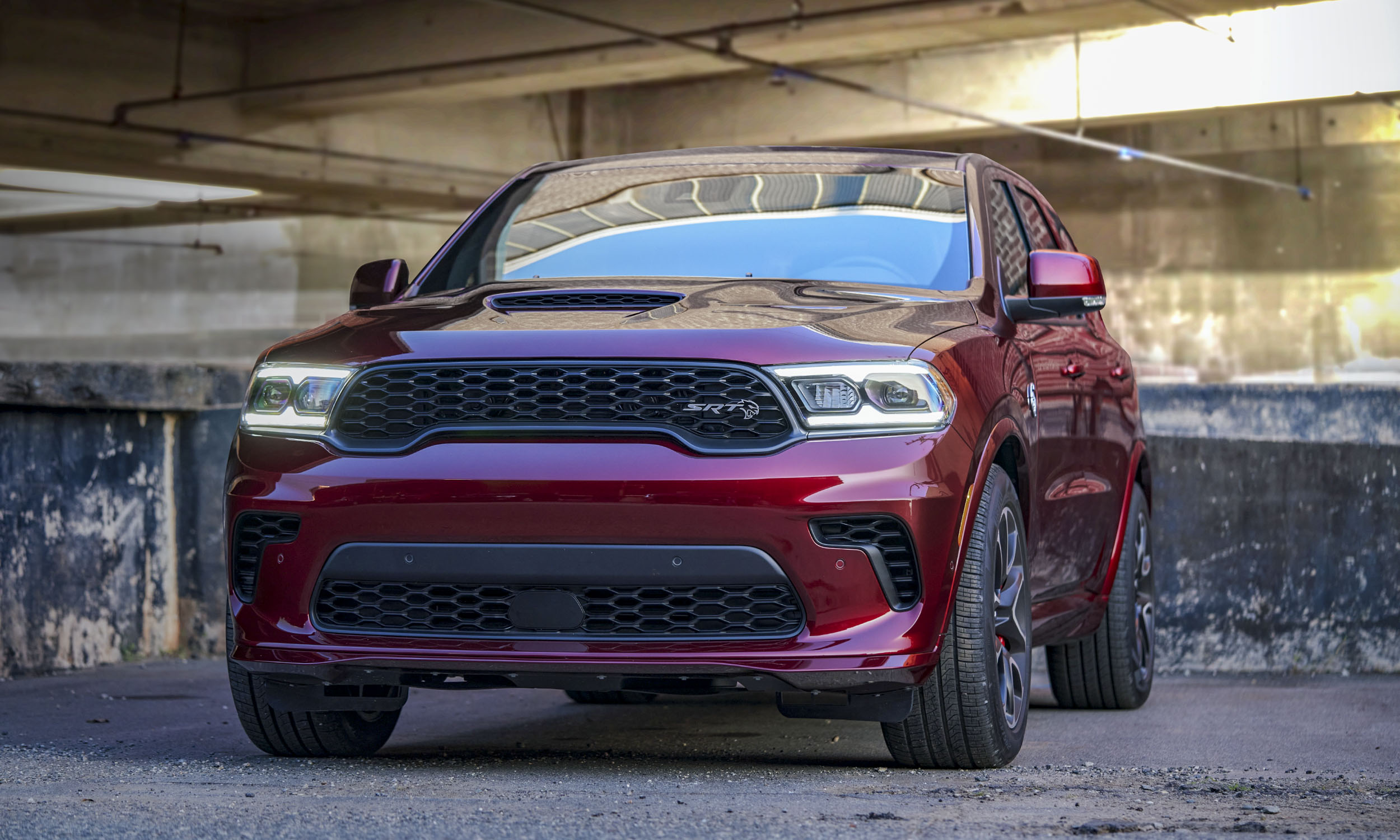 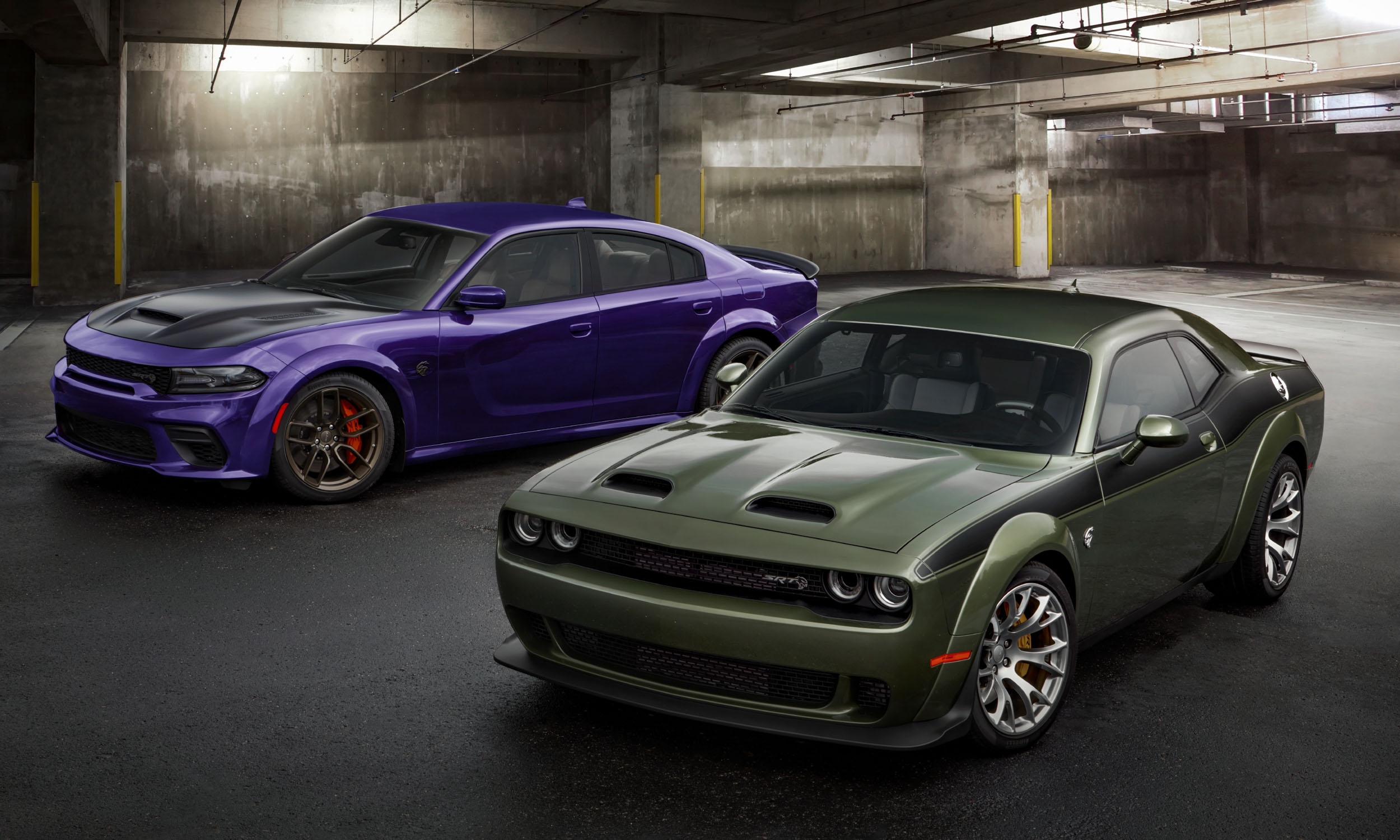 Seven Special Editions
The current Dodge Charger and Challenger models are coming to an end with the 2023 model year, so fittingly Dodge also announced at Speed Week that the manufacturer will commemorate the outgoing models with seven special editions. In addition, the 2023 model year will offer the return of an array of heritage colors, an expansion of the Jailbreak models, and a commemorative “Last Call” brushed aluminum plaque under the hood of all 2023 Charger and Challenger models. 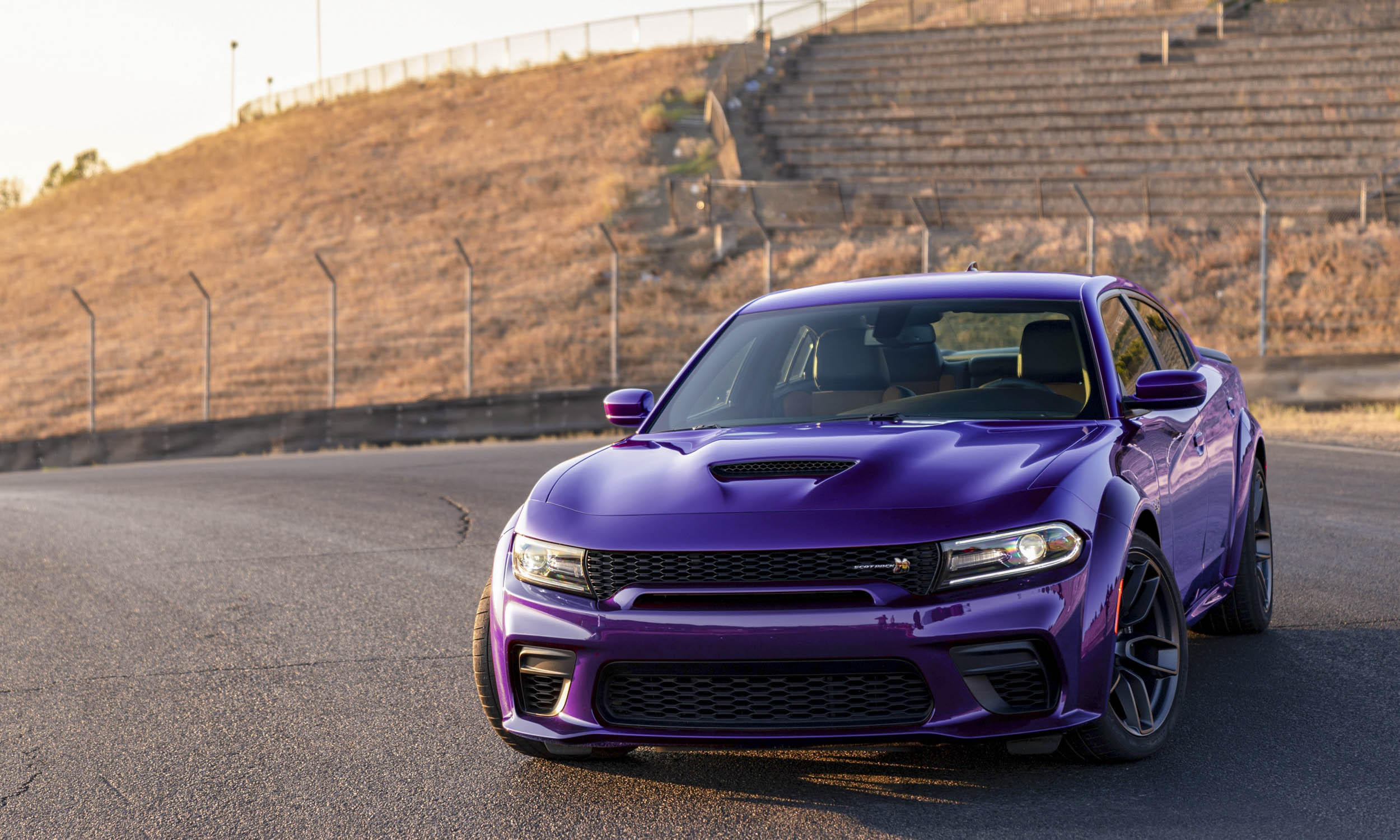 End of an Era, Bright New Future
“We are celebrating the end of an era — and the start of a bright new electrified future — by staying true to our brand,” said Kuniskis. “At Dodge, we never lift, and the brand will mark the last of our iconic Charger and Challenger nameplates in their current form in the same way that got us here, with a passion both for our products and our enthusiasts that drives us to create as much uniqueness in the muscle car community and marketplace as possible,” Kuniskis enthused. 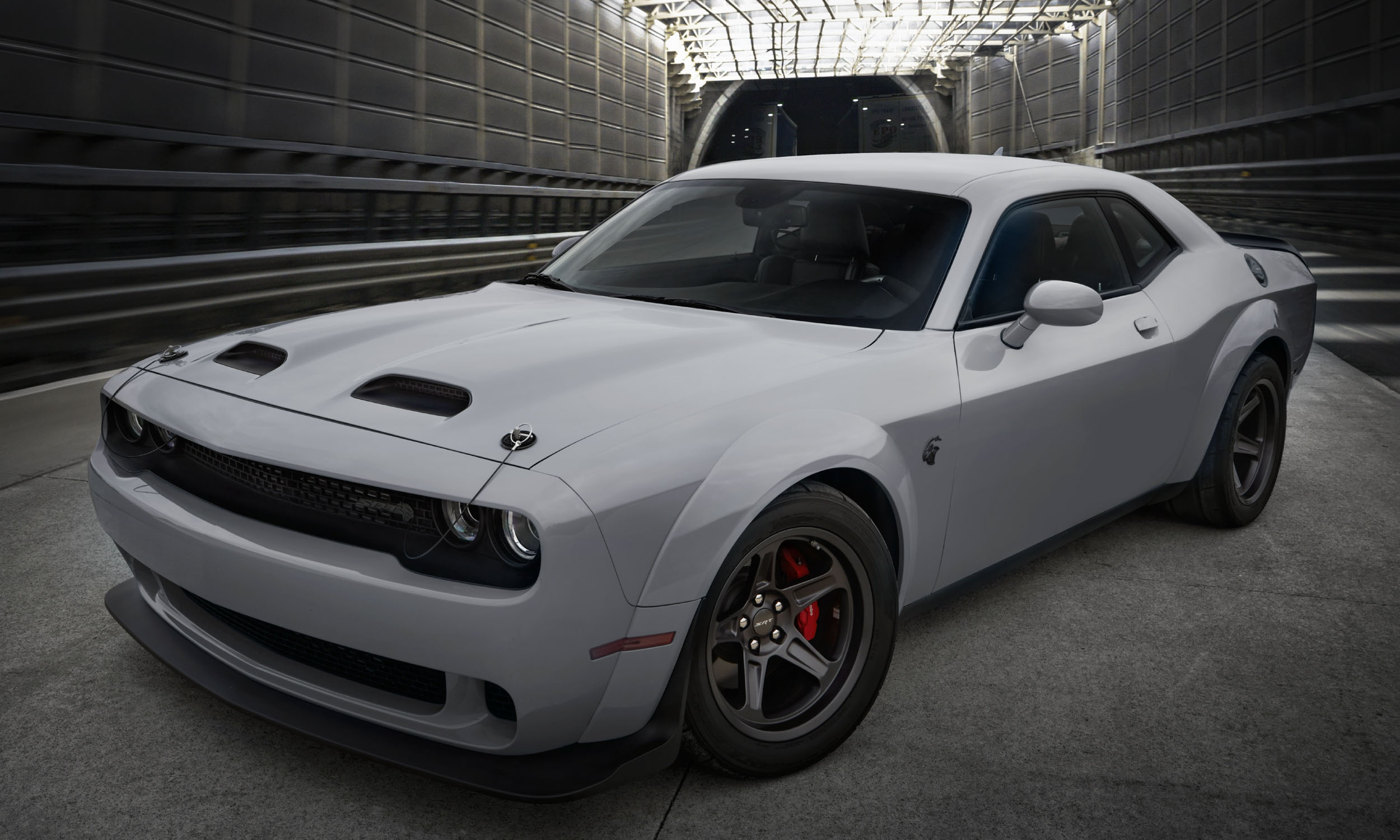 Special Model to Come
Dodge did not actually reveal the Charger and Challenger special editions; at Speed Week the models were displayed under car full covers with graphics that offer indications of what the model might be. Six of the models will be connected to an iconic Dodge model from the past, including the muscle car era of the 1960s and 1970s. According to Dodge reps, the seventh model will be the last of its kind and will be revealed at the 2022 SEMA Show in Las Vegas, scheduled for November 1-4, 2022. Pricing and details of each special edition will be released later this year. Dodge also announced that all Dodge Chargers and Challengers for the 2023 model year will be allocated to dealers on the same day to allow customers to locate the car they would like to purchase via a list of dealerships on DodgeGarage.com. 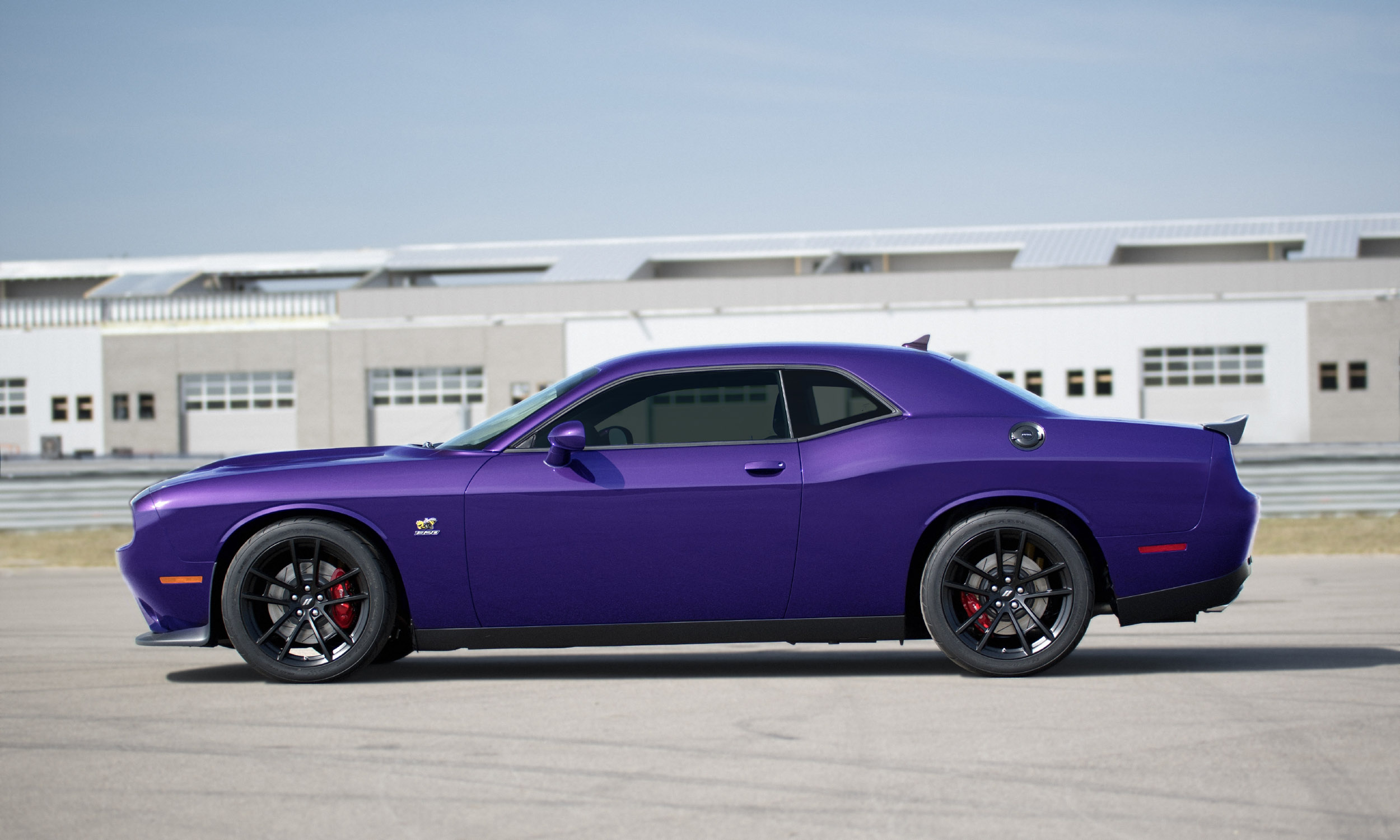 Heritage Colors
For 2023 Dodge is bringing back three namesake Heritage Colors: B5 Blue, Plum Crazy purple and Sublime green. Destroyer Grey, a popular modern color, will also be offered for 2023. The 2023 Charger and Challenger will each be offered with a total of 14 exterior color choices. In addition, the Challenger R/T and Charger R/T will feature “345” fender badges — a reference to the 345-cubic-inch HEMI V8 engines under the hoods of those models. 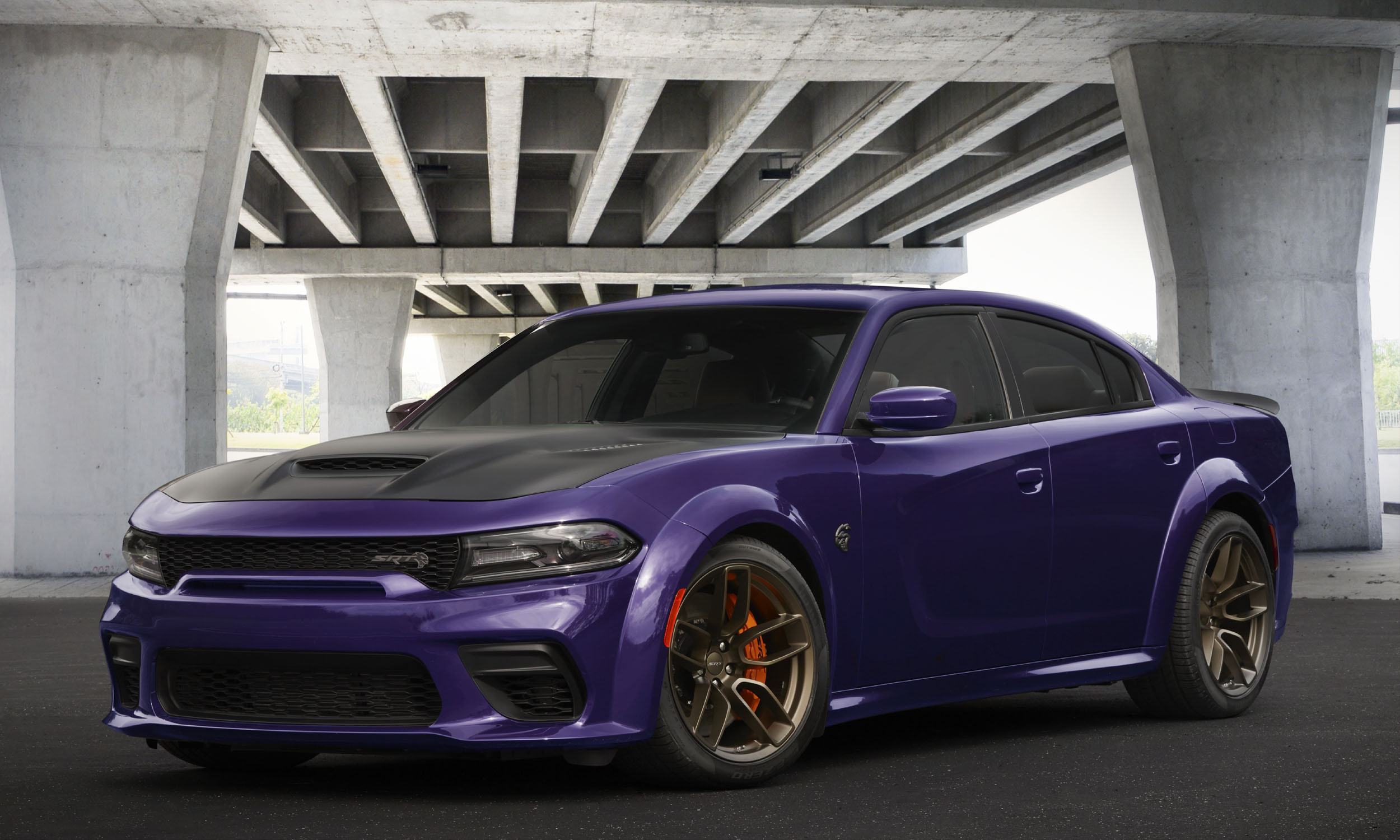 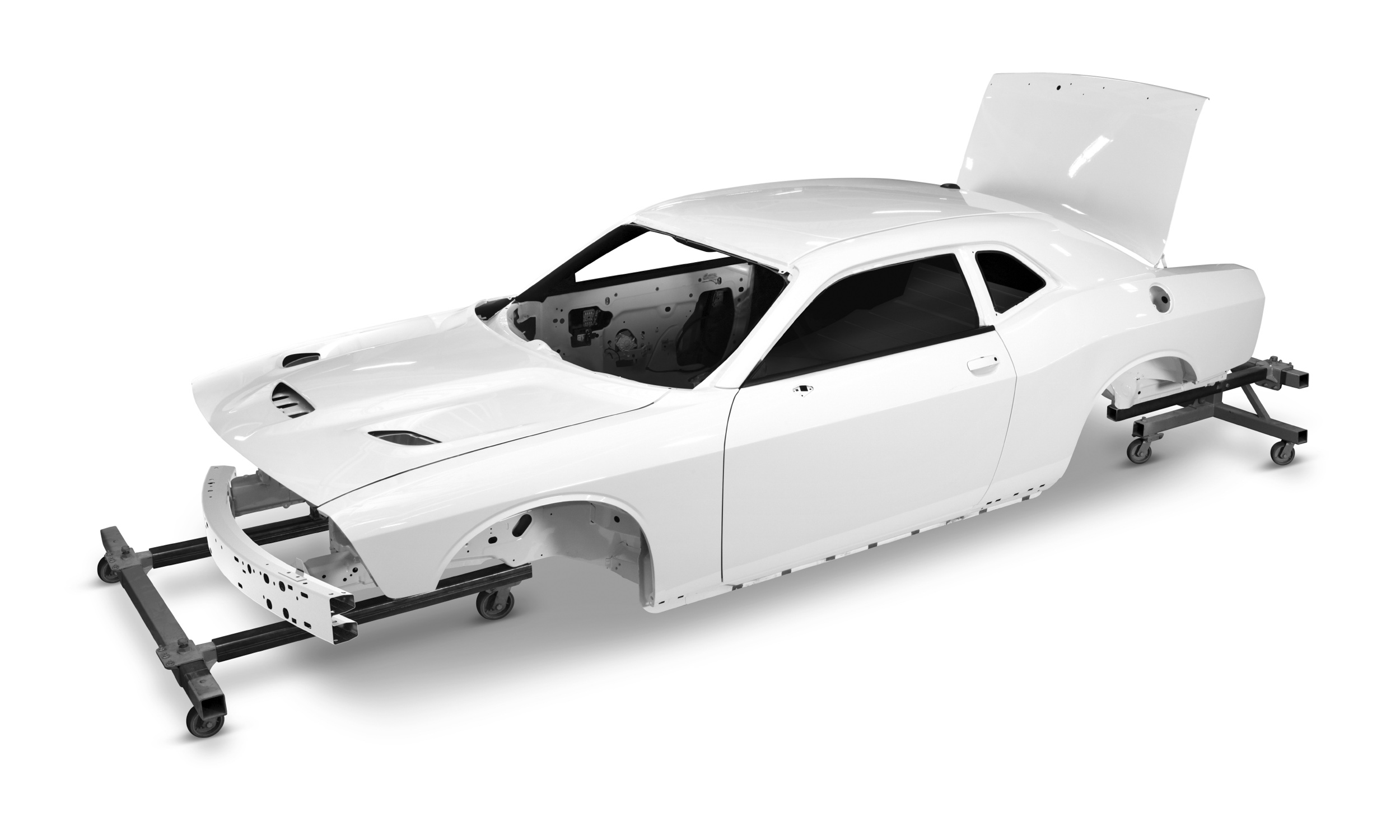 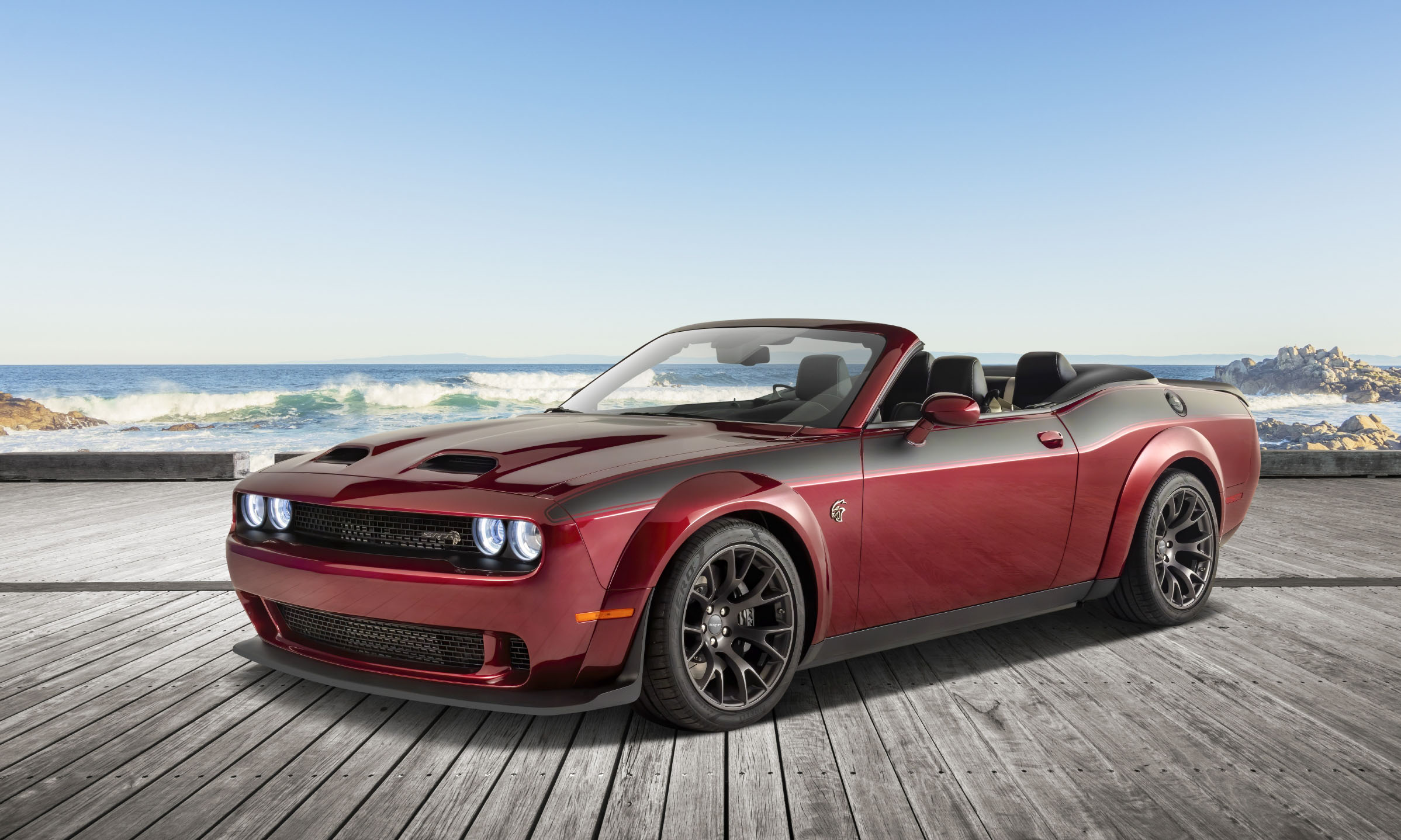