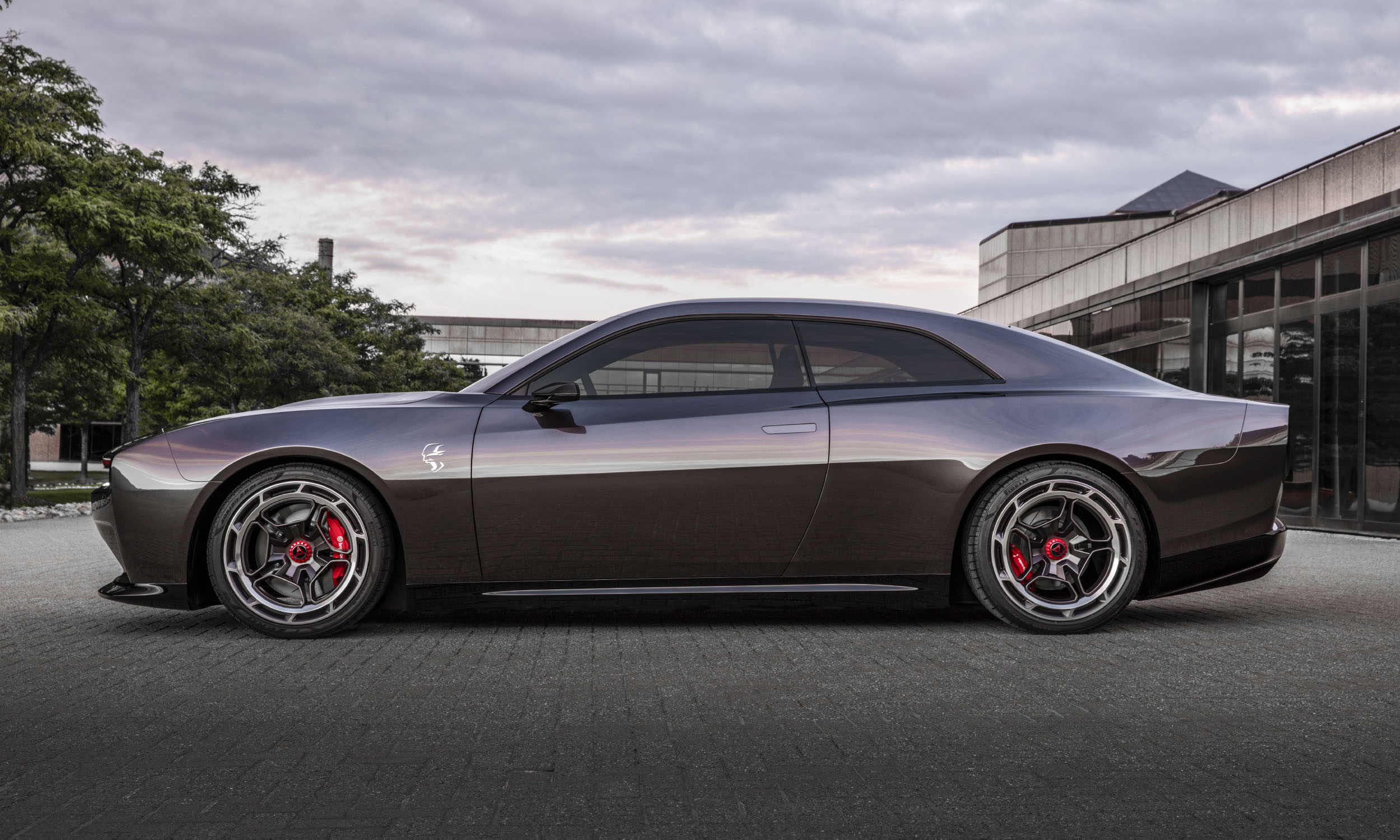 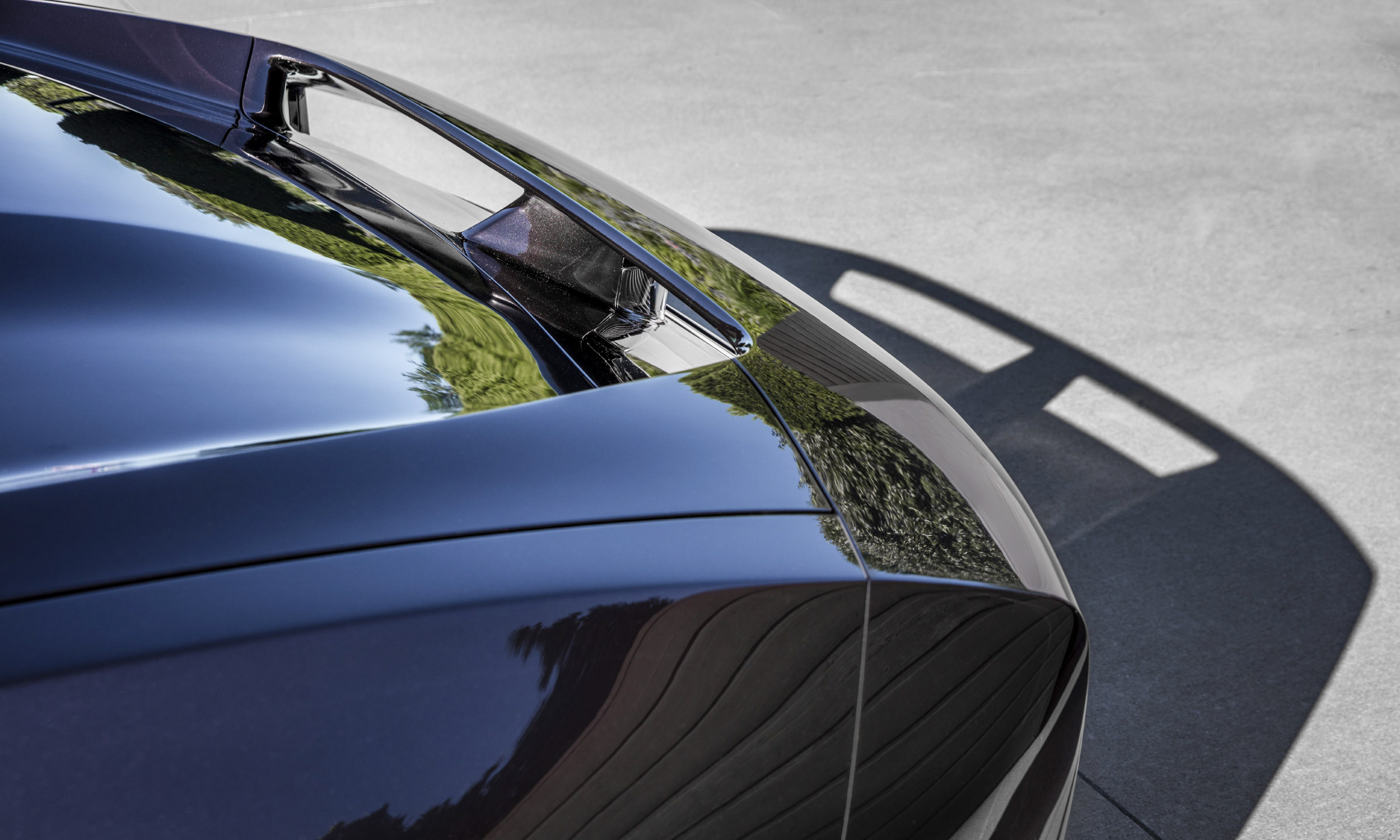 Patent-Pending
The Charger Daytona SRT Concept is powered by a new 800V Banshee propulsion system incorporating three patent-pending new features: R-Wing, Fratzonic Chambered Exhaust and eRupt. R-Wing is a unique aerodynamic front-end design that allows air to pass through the vehicle to improve aerodynamic efficiency. Fratzonic Chambered Exhaust is the first electric-vehicle exhaust system that rivals the sound of an SRT Hellcat. And eRupt is a new multispeed transmission with an electro-mechanical shifting experience. 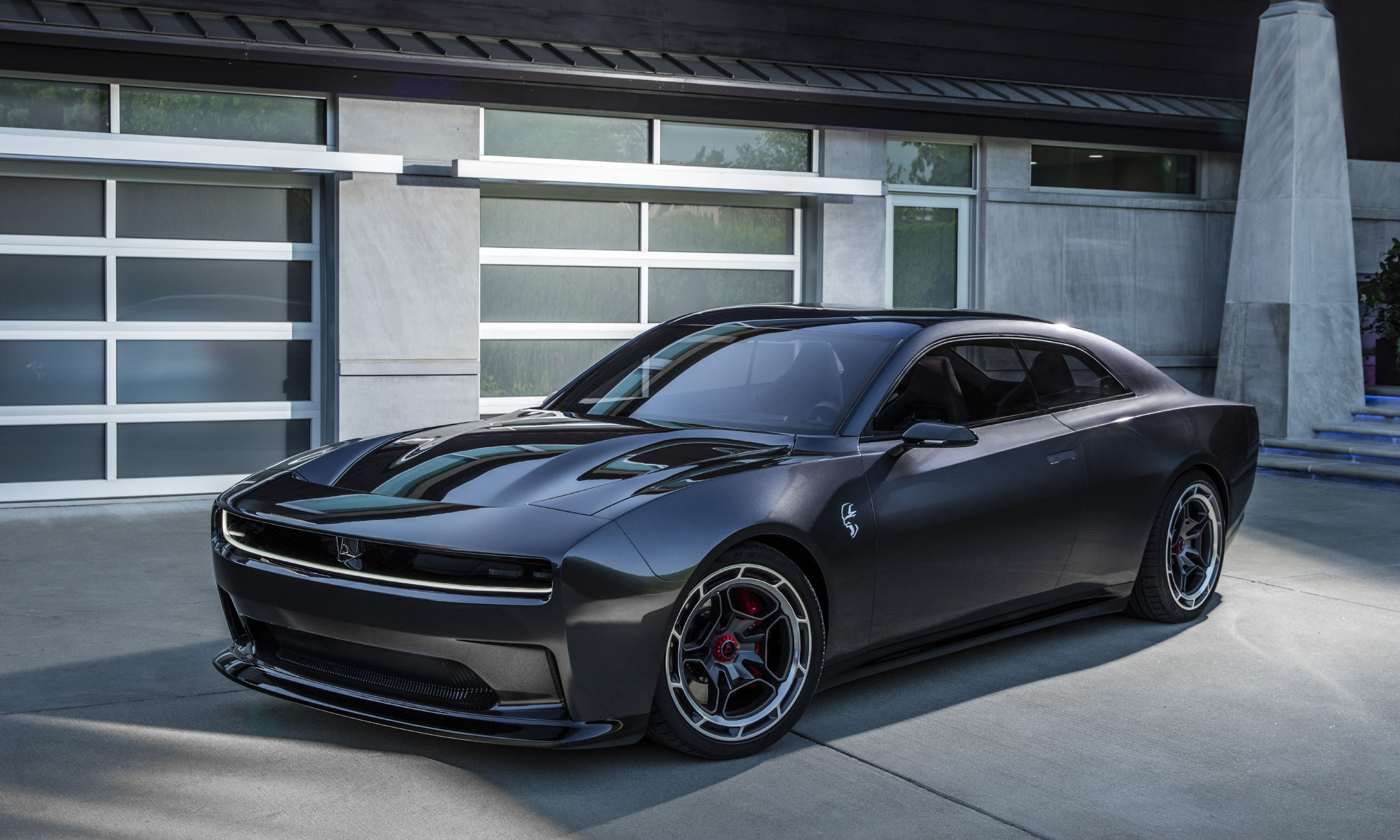 Electrified Muscle
“The Dodge Charger Daytona SRT Concept exists because performance made us do it,” said Tim Kuniskis, Dodge brand chief executive officer for Stellantis. “Dodge is about muscle, attitude and performance, and the brand carries that chip on its shoulder and into the BEV segment through a concept loaded with patents, innovations, and performance features that embody the electrified muscle of tomorrow. Charger Daytona does more than define where Dodge is headed, it will redefine American muscle in the process,” Kuniskis predicted. 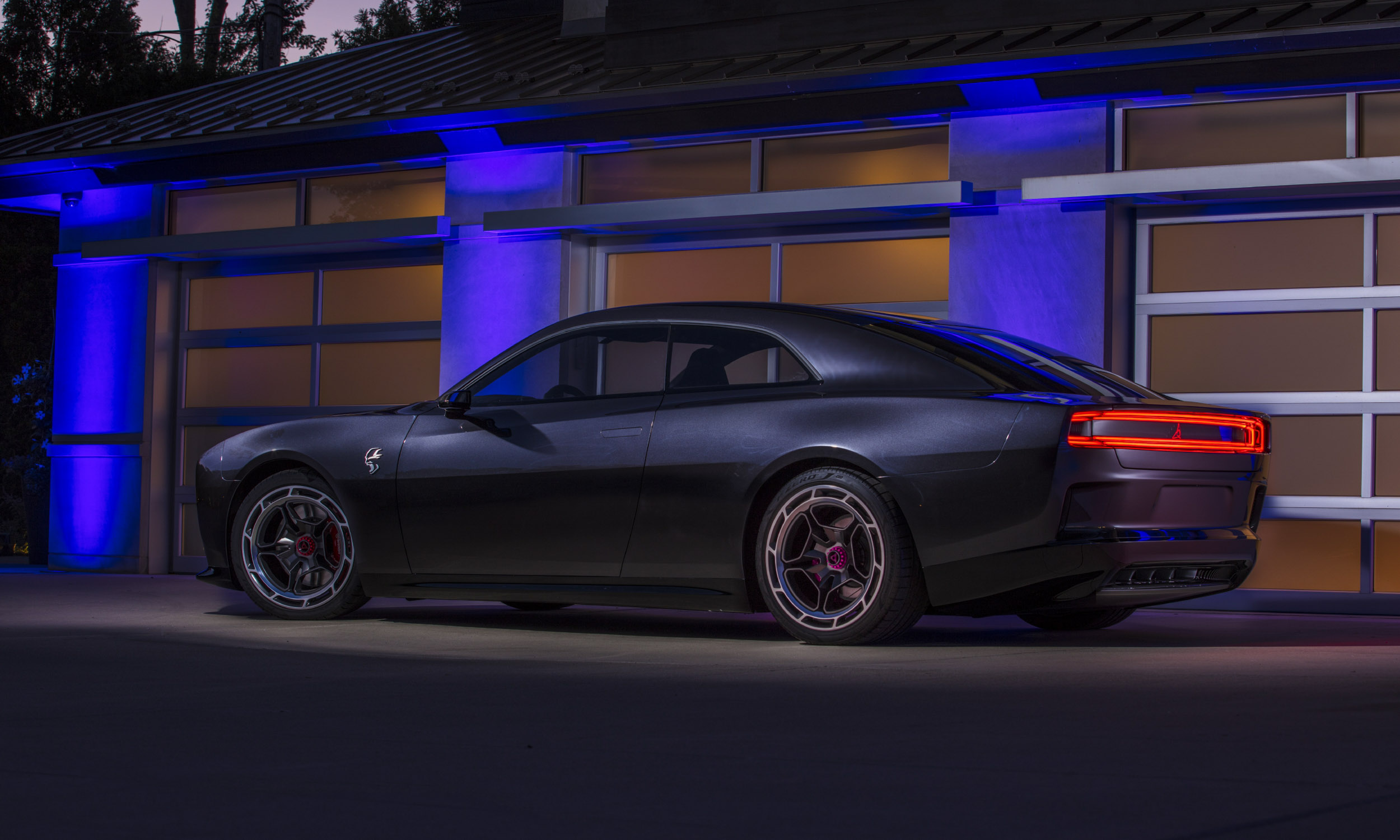 eMuscle Future
“One day ago [during Dodge Speed Week], the brand’s first-ever electrified performance vehicle was unveiled, the all-new 2023 Dodge Hornet,” said Kuniskis. “Today, we revealed a peek at our eMuscle future with the Dodge Charger Daytona SRT Concept. When we said it was going to be an electric summer for Dodge, we meant it,” quipped Kuniskis. 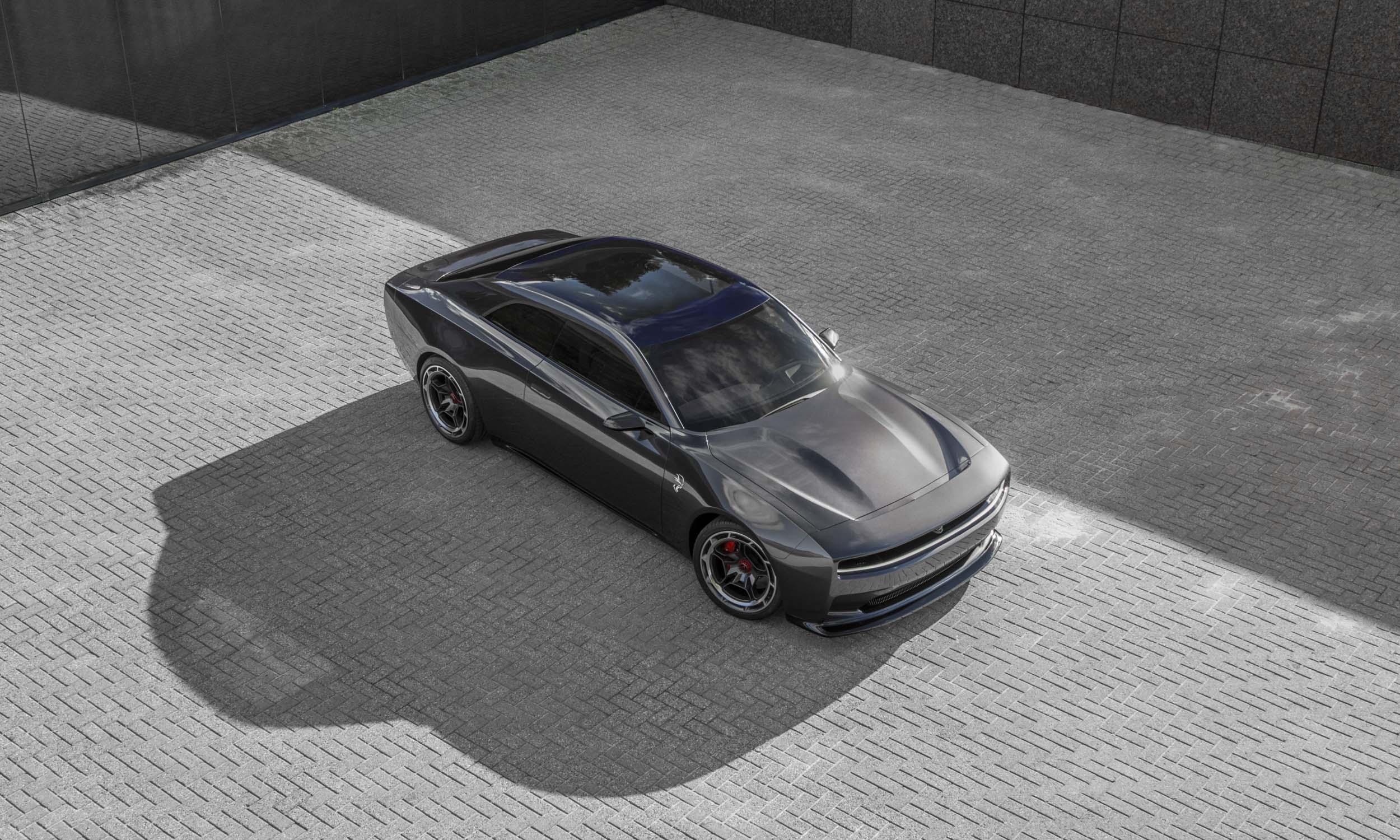 Aggressive New EV Design
The Charger Daytona SRT Concept reveals the potential for an aggressive new design in an electric vehicle, while incorporating subtle references to past Dodge performance models. Illuminated Fratzog badges in the grille and at the center of the full-width taillight assembly represent Dodge’s plans for an electrified future. Vertical grille details draw from the style of the 1968 Dodge Charger. The 21-inch wheels have painted pockets, diamond-cut faces with a turbine-like design and red Fratzog logos on the wheel center locks. Brushed aluminum Banshee badges are on the front fenders behind the front wheelwells. 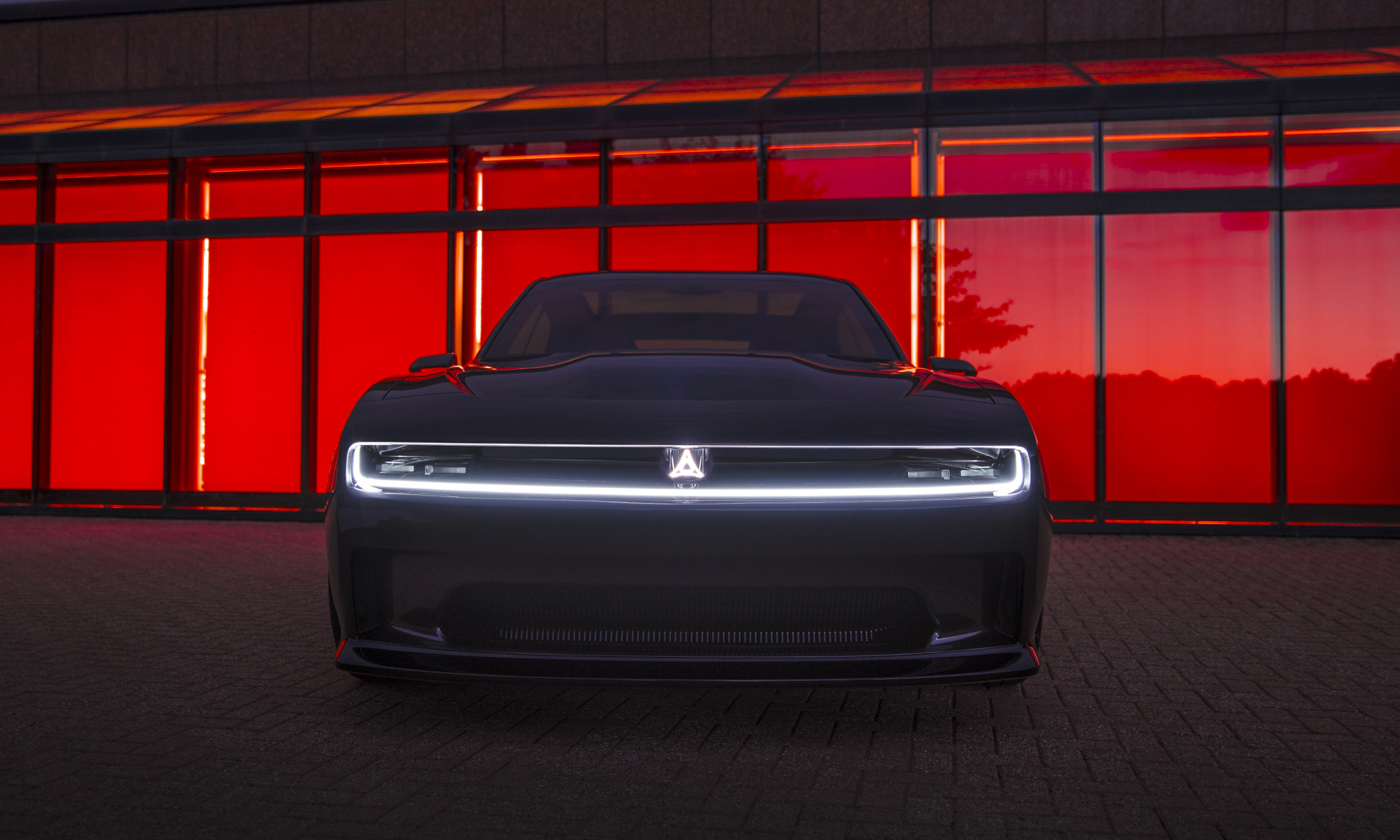 Faster Than a Hellcat?
According to Dodge, the Dodge Charger Daytona SRT Concept with an 800V Banshee system is faster than a Hellcat in all key performance measures. In addition, the eRupt multispeed transmission with electro-mechanical shifting delivers distinctive shift points so the driving experience is more like a current Hellcat and less like other high-performance electric vehicle now on the market. A PowerShot push-to-pass feature delivers increased power for a burst of acceleration, activated by the push of a button on the steering wheel. The driver can select Auto, Sport, Track and Drag modes to change the driving dynamics, instrument cluster information, HUD content, performance sound and interior lighting. 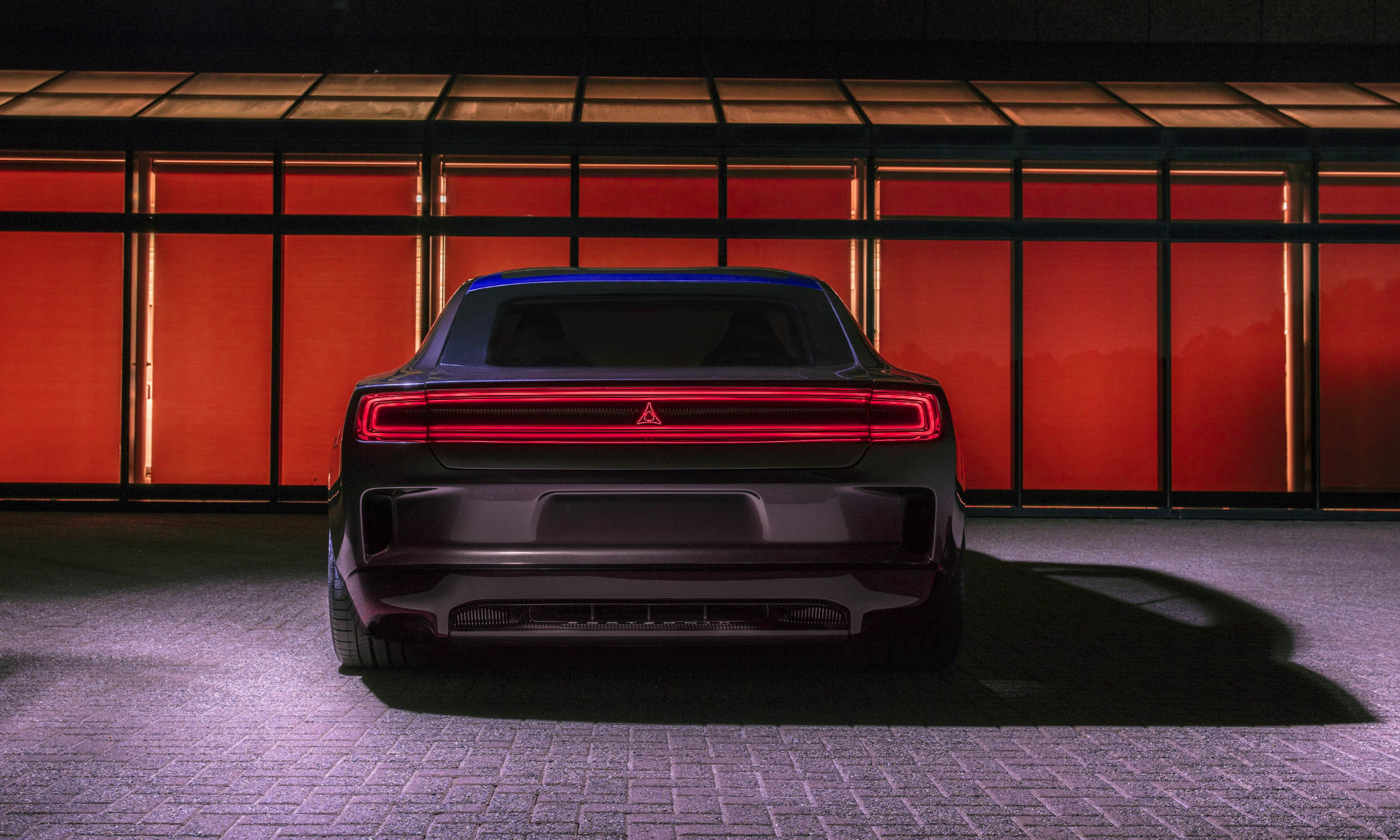 Fratzonic Chambered Exhaust
The Fratzonic Chambered Exhaust of the Dodge Charger Daytona SRT Concept produces a 126-dB sound equal to the SRT Hellcat by pushing sound through an amplifier and a tuning chamber at the rear of the vehicle. Since electric motors are virtually silent, many electric vehicles emit sounds to alert pedestrians and others near the vehicle as it approaches; however, thanks to Fratzonic chambers the Charger Daytona SRT Concept emits a sound truly worthy of a muscle car. 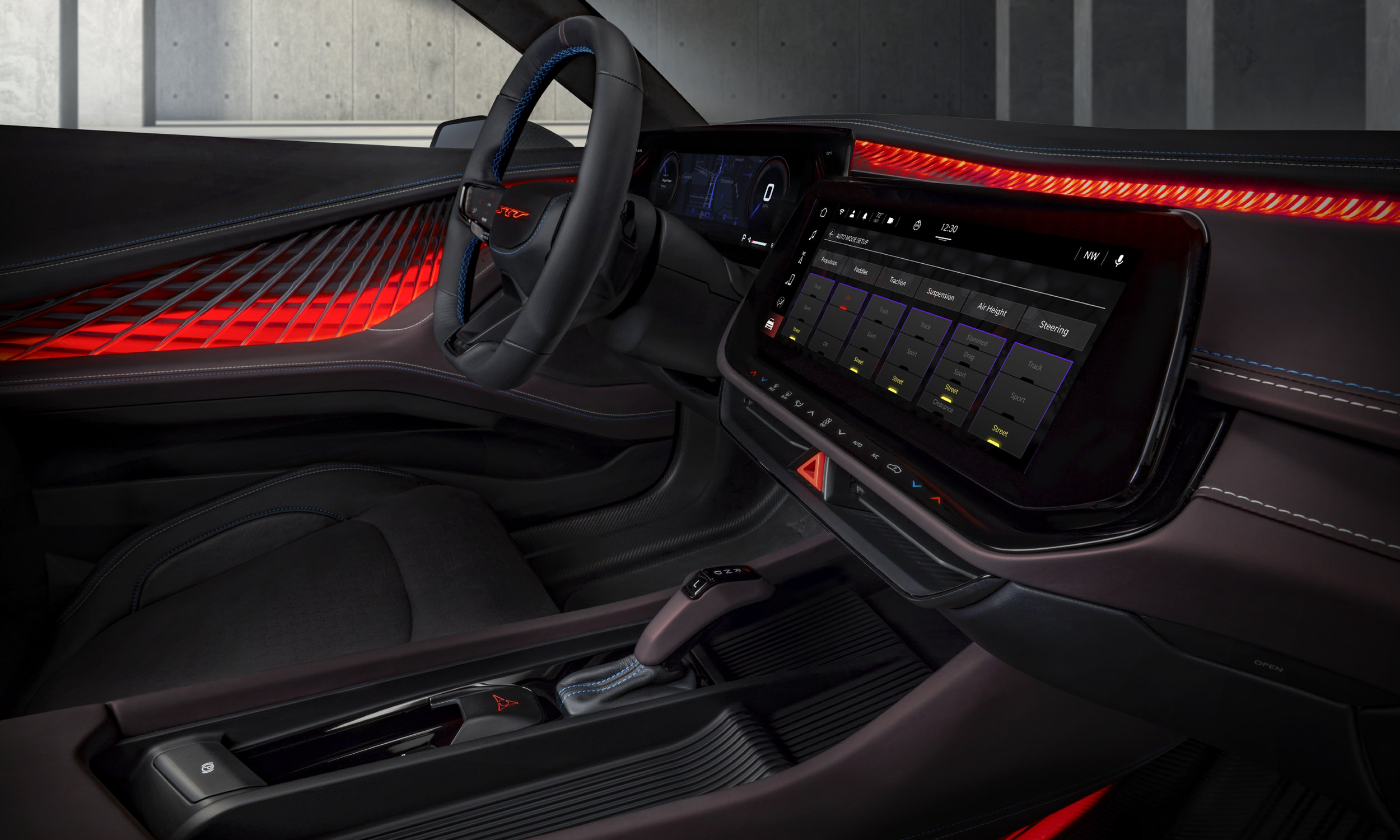 Dodge Charger Daytona SRT Concept Interior
The Charger Daytona SRT Concept interior is modern, lightweight and sporty. In front of the driver sits a 16-inch curved screen, and an accompanying 12.3-inch center screen is the largest in a Dodge vehicle, angled toward the driver. The 8-inch by 3-inch head-up display allows drivers to display information in their lines of sight. 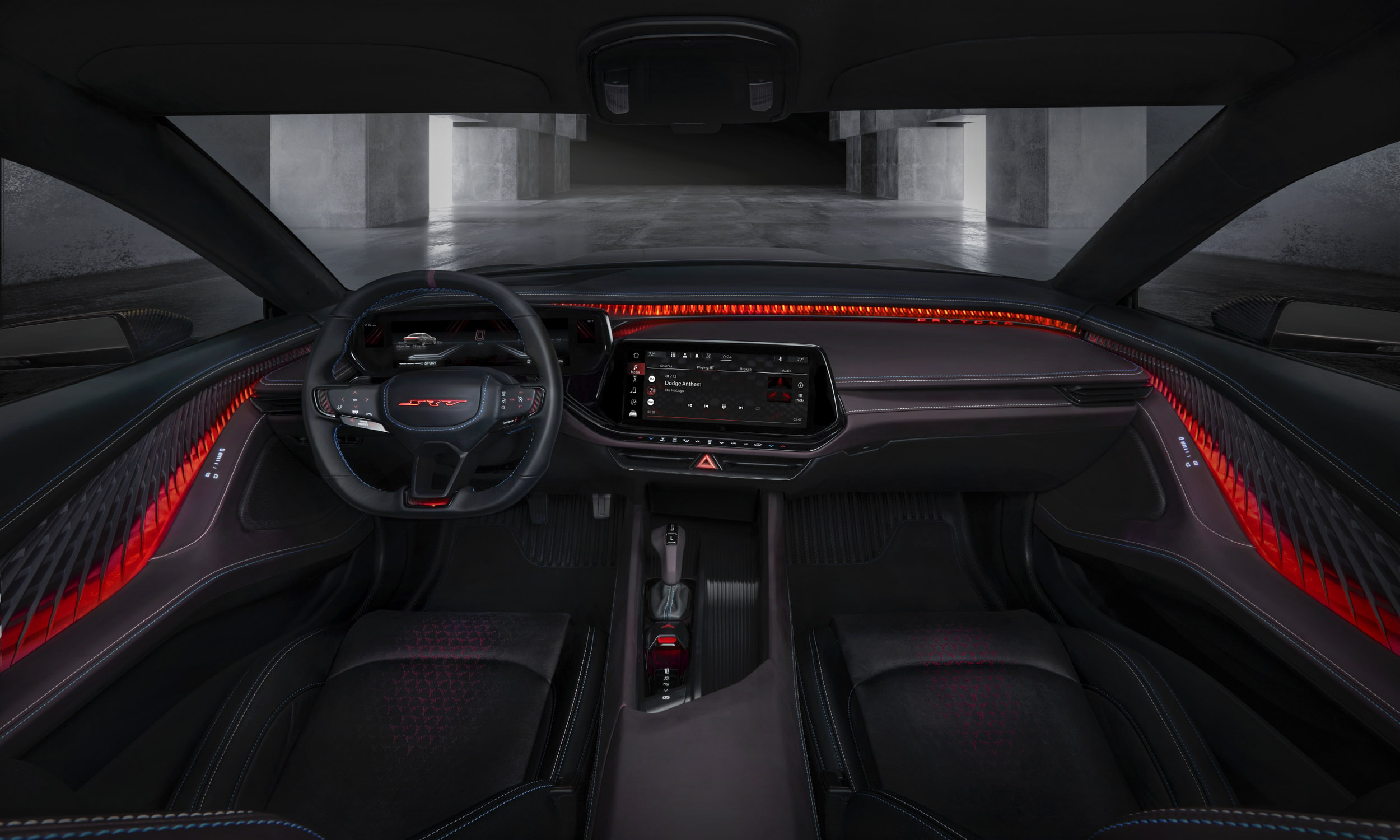 Seating, Lighting, Graphics
The Charger Daytona SRT Concept has lightweight racing-style seats that feature a perforated pattern of the Fratzog logo. A parametric pattern flows from the instrument panel to the doors, and the dynamic interior texture has a 3-dimensional element, and Ambient Attitude Adjustment Lighting illuminates the texture from below. The carbon-fiber floor features circuit-like graphics, and carbon fiber door sills include white Daytona lettering. A new steering wheel design has a thinner grasp with a flat top and bottom. The center spoke is not connected to the rim, giving the steering wheel a floating feeling; a lighted red SRT logo resides at the wheel’s center.