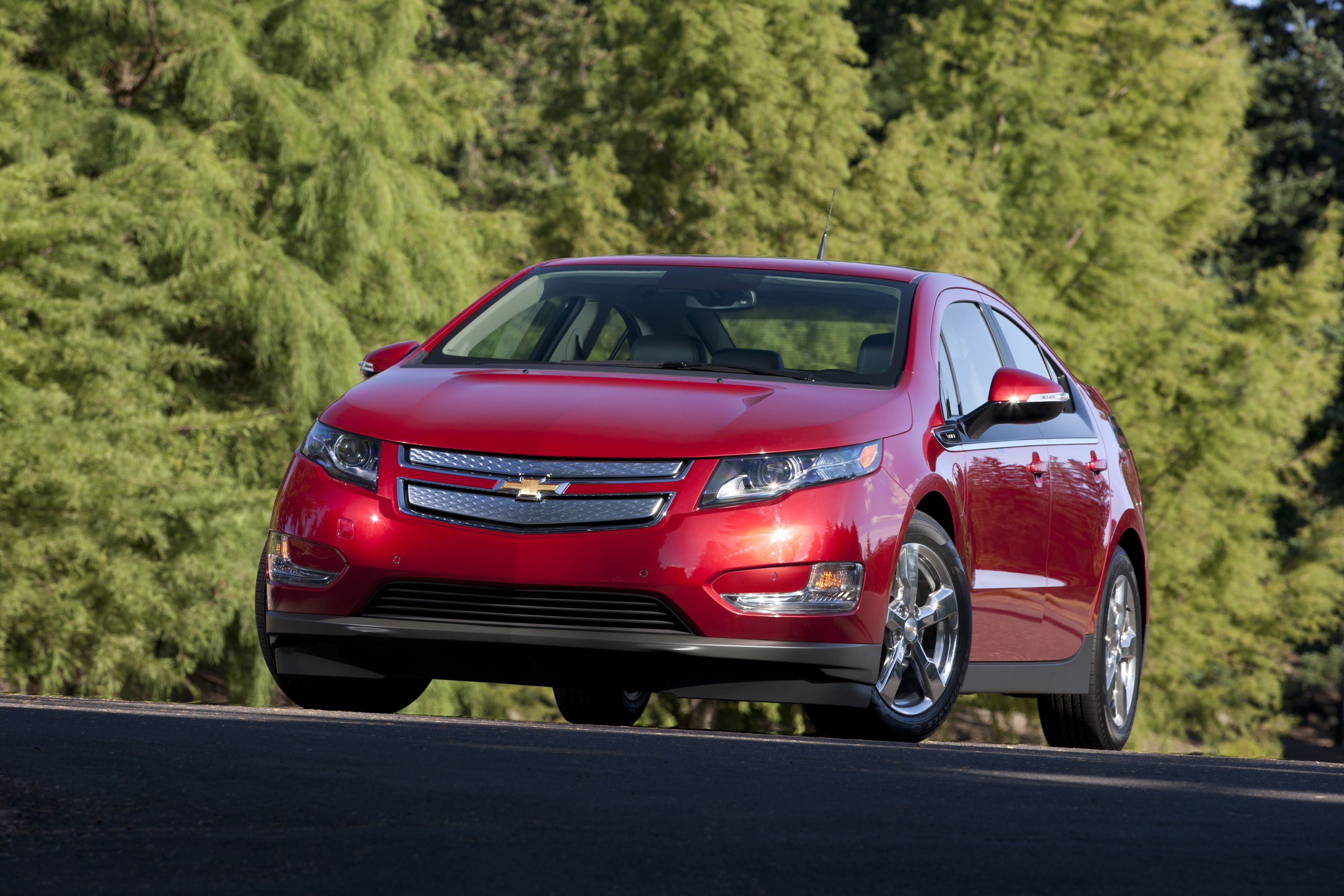 Chevrolet Volt
Most Dependable
For the first time in 15 years, vehicle dependability has declined over the previous year, according to the J.D. Power 2014 U.S. Vehicles Dependability Study. This study measured the number of problems encountered in the last 12 months by more than 41,000 owners of 3-year-old (2011 model year) vehicles. The dependability rating is based on the number of problems per 100 vehicles (PP100), with a lower score indicating higher quality. The 2014 study revealed that owners encountered more problems than the previous year — primarily the result of additional engine and transmission issues. 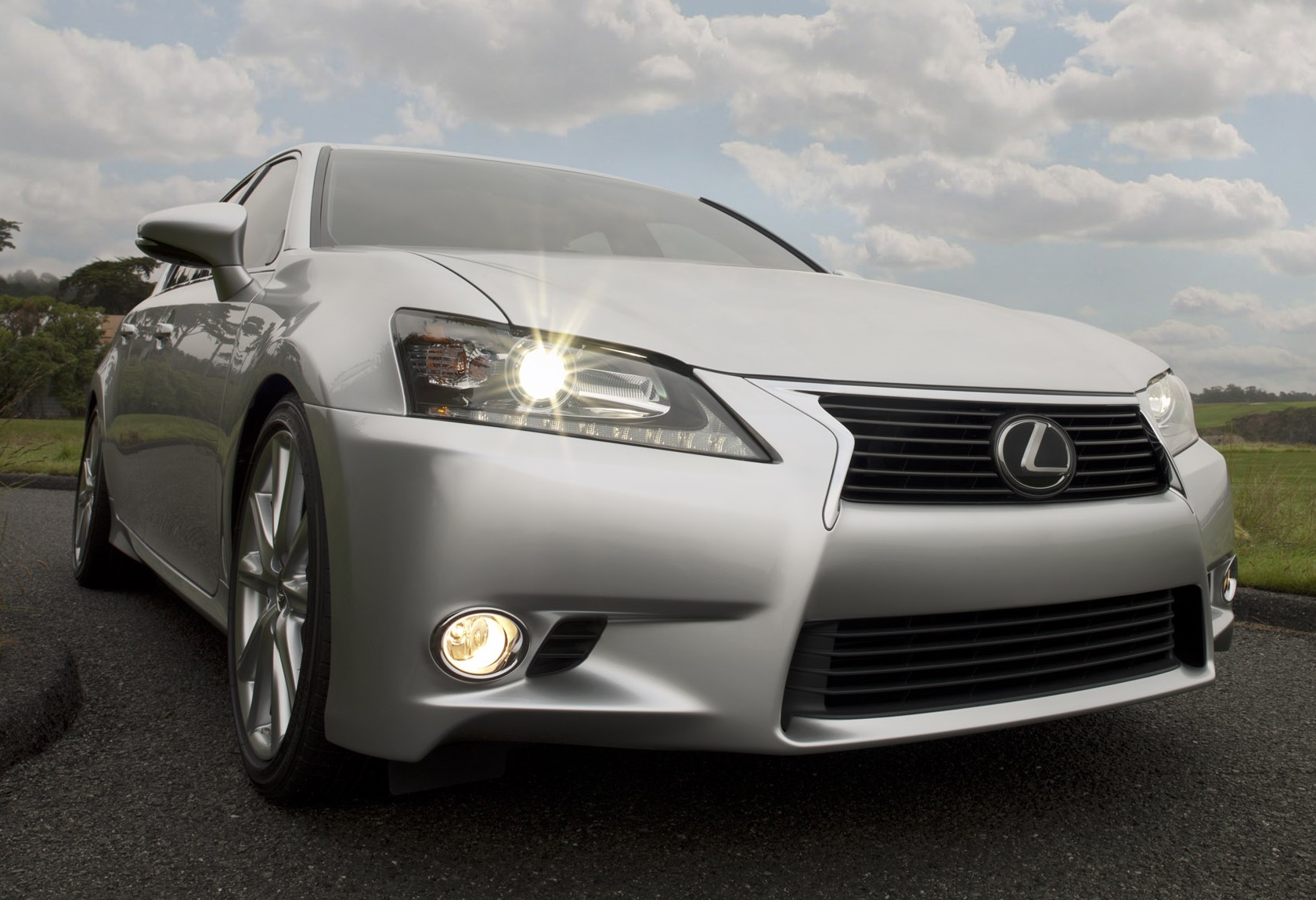 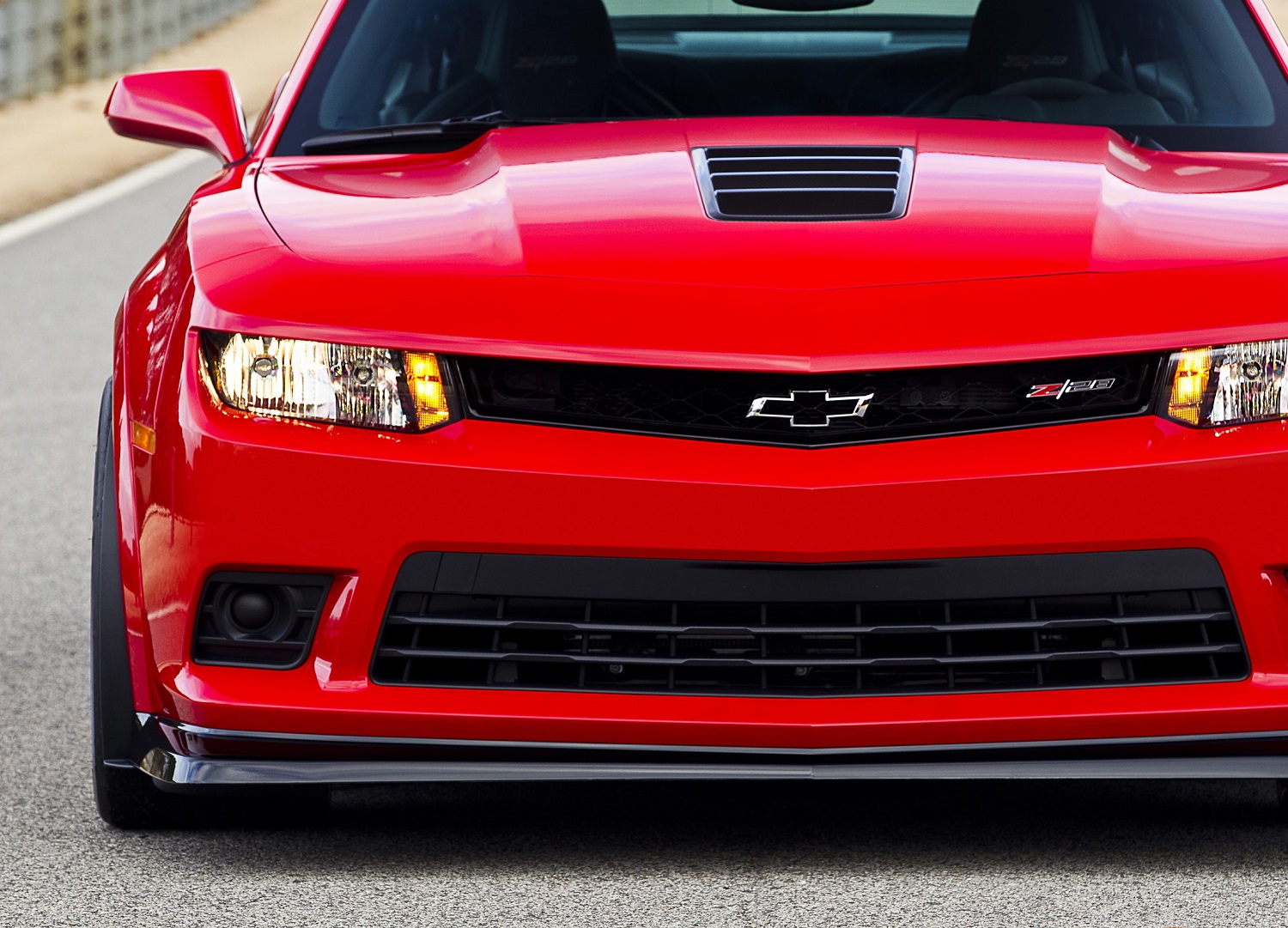 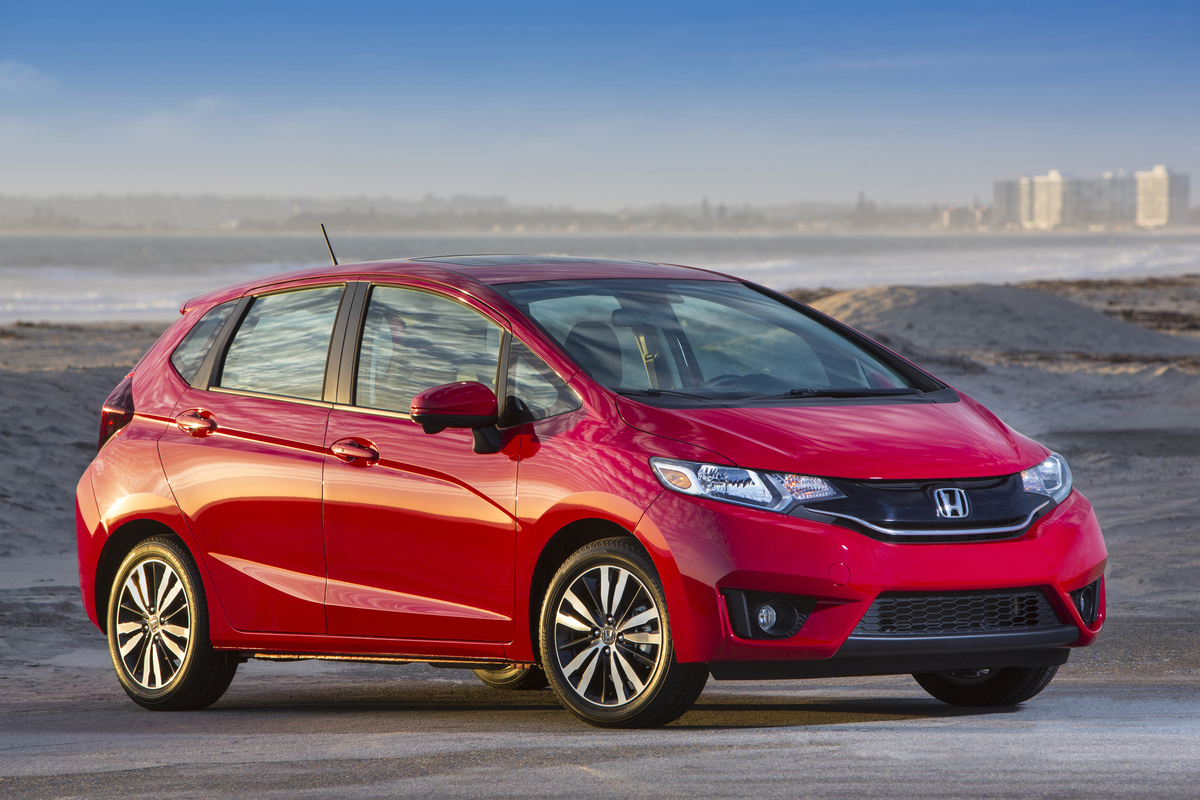 2015 Honda Fit
Sub-Compact Car: Honda Fit
Honda’s popular Fit scored the best rating in the sub-compact segment, beating out the Kia Rio and Nissan Versa. The Fit delivers excellent fuel economy in a small but highly versatile package, offering more cargo space than expected from a vehicle of its size. 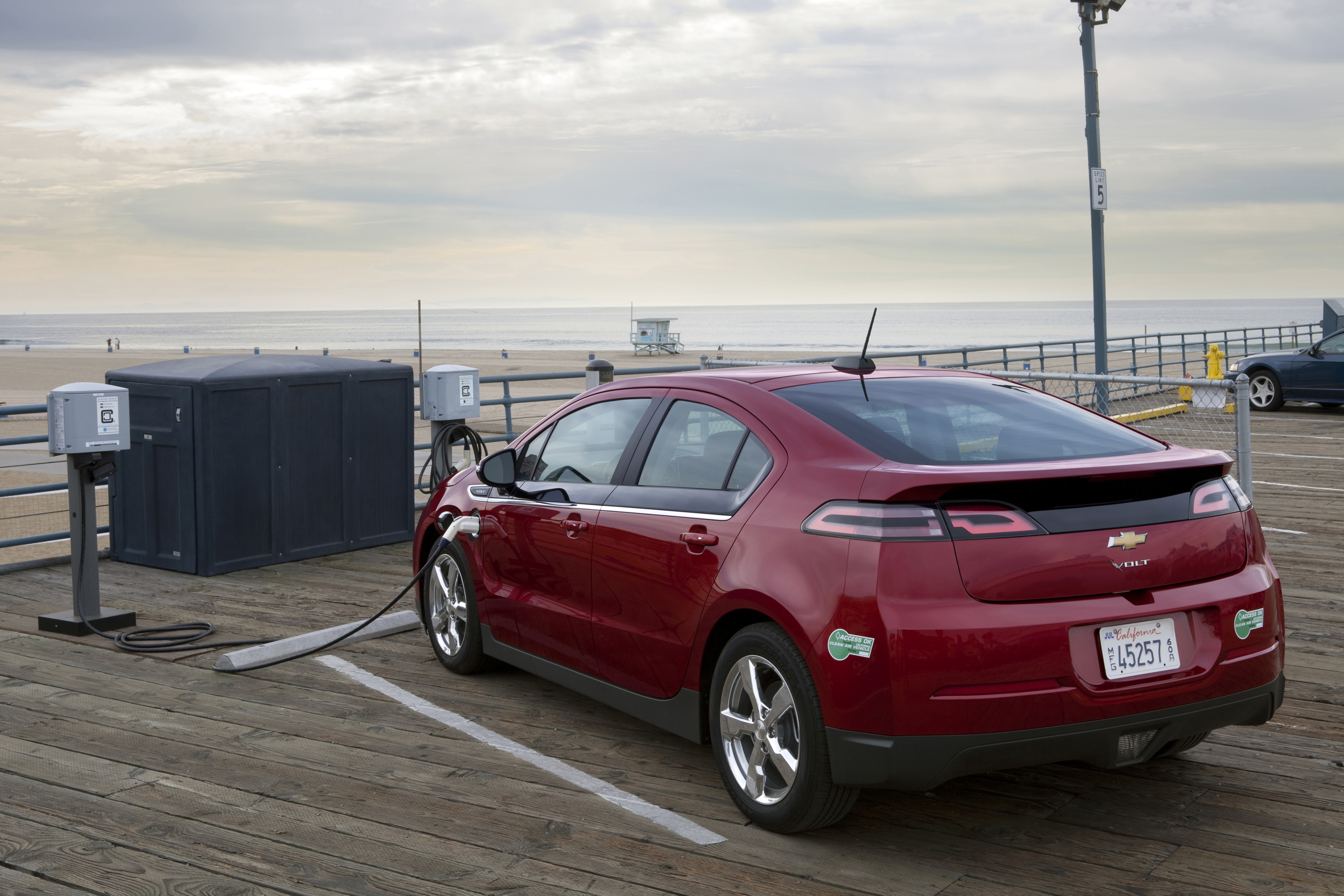 2015 Chevrolet Volt
Compact Car: Chevrolet Volt
Chevrolet’s innovative Volt earned the top position in the compact category over two longtime favorites, the Toyota Corolla and the Honda Civic. The Volt first appeared for the 2011 model year, powered by an electric drive system with a range-extending gasoline engine to generate additional electricity when needed. This top dependability rating is a strong accomplishment for an all-new model. 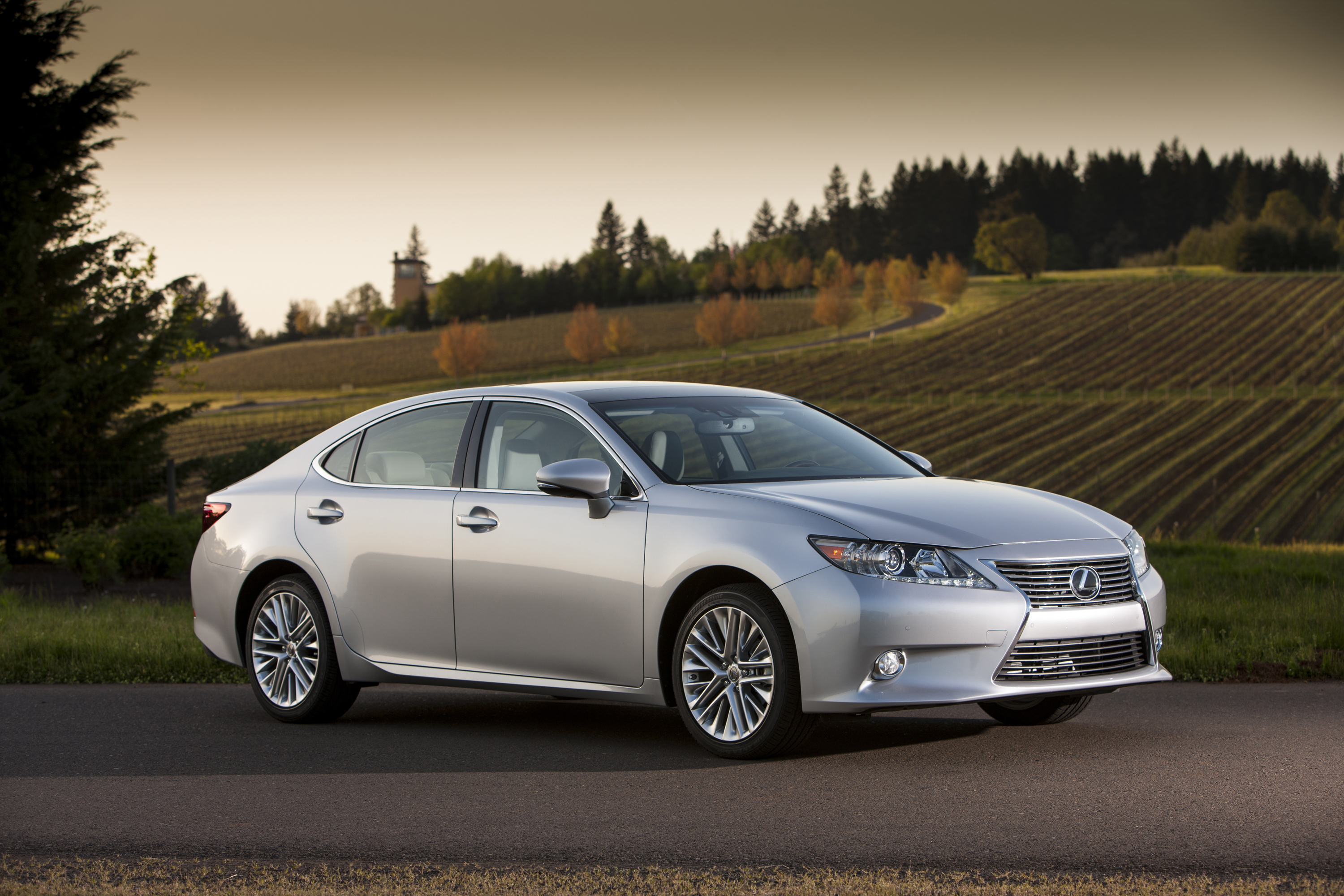 2013_Lexus_ES_350_004_1
Compact Premium Car: Lexus ES 350
The Lexus ES beat out the Lexus IS and the Lincoln MKZ for top honors in the compact premium segment. Lexus was the top manufacturer overall in the 2014 study, and offers two models in this premium category, with the luxury-focused ES earning the top position over the sport-oriented IS. 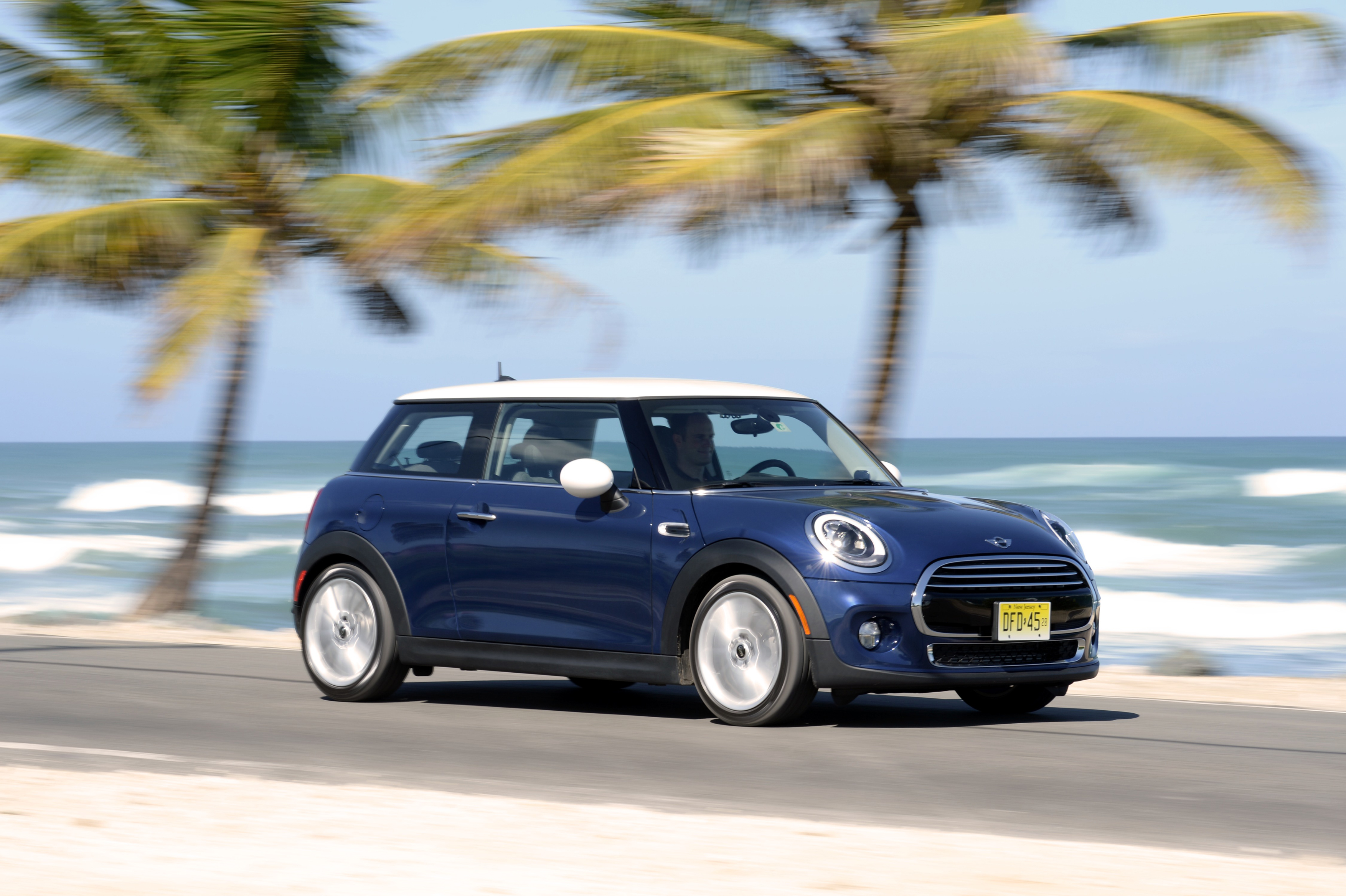 MINI Cooper
Compact Sporty Car: MINI Cooper
The popular and fun MINI Cooper earned the distinction of being the most dependable car in the compact sporty segment. Offered in both coupe and convertible versions, the Cooper is known for agile handling and great fuel economy. It was the only model recognized in this particular segment, because only models that scored above the segment average are included.

2015_Toyota_Camry_XLE_004
Midsize Car: Toyota Camry
The Toyota Camry was named as the most dependable midsize car, beating out the Buick LaCrosse and longtime rival Honda Accord. The Camry has been the top-selling car in the U.S. market for many years, and offers a range of models from fuel-efficient to luxury, including a hybrid version. 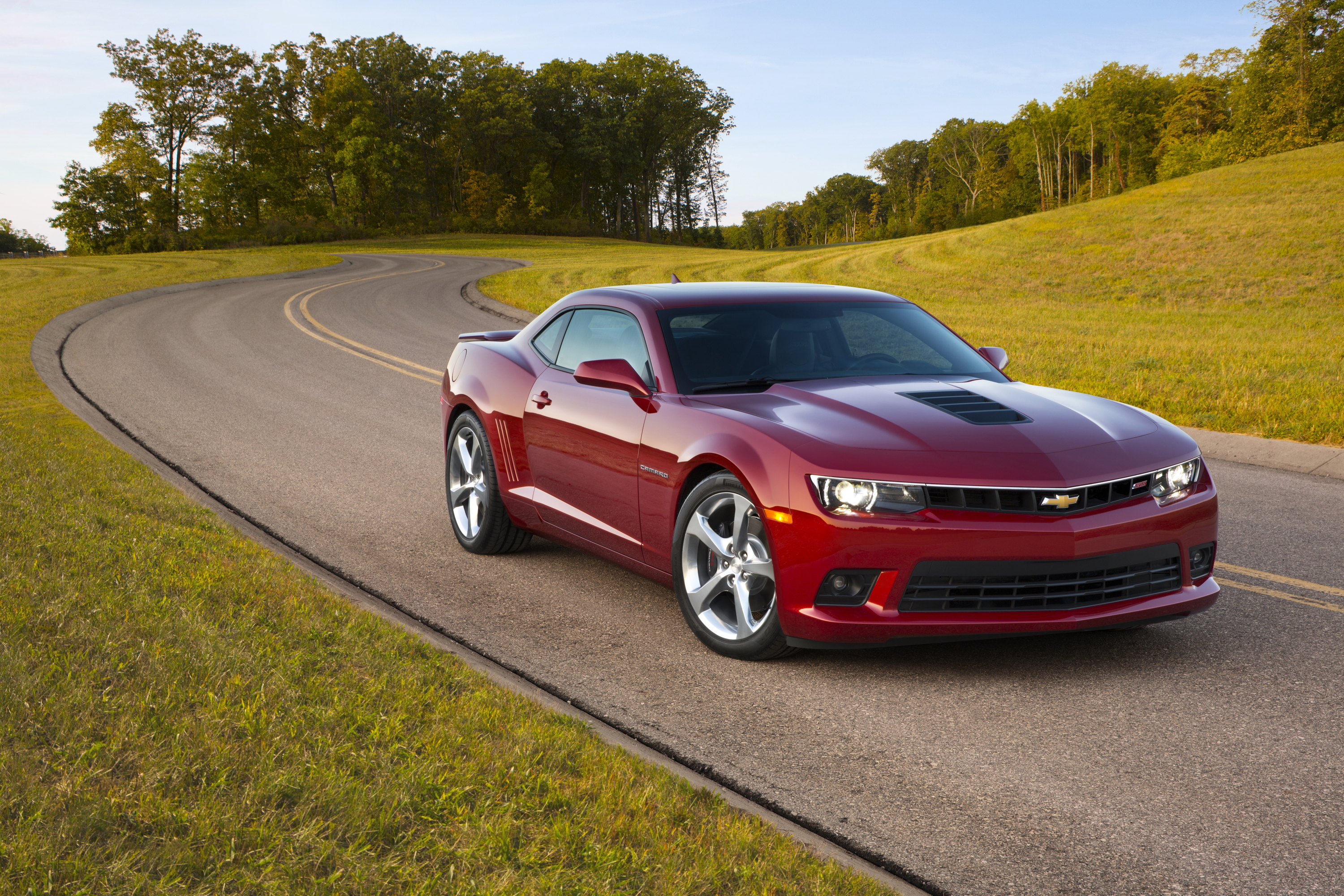 2015 Chevrolet Camaro SS
Midsize Sporty Car: Chevrolet Camaro
The Chevrolet Camaro was named the most dependable midsize sporty car based on the 2011 model, just one year after returning to the lineup as a 2010 model. Offered in coupe and convertible versions, the 2011 models are powered by either a 3.6-liter V6 or 426-horsepower V8 engine. No other models scored above the segment average. 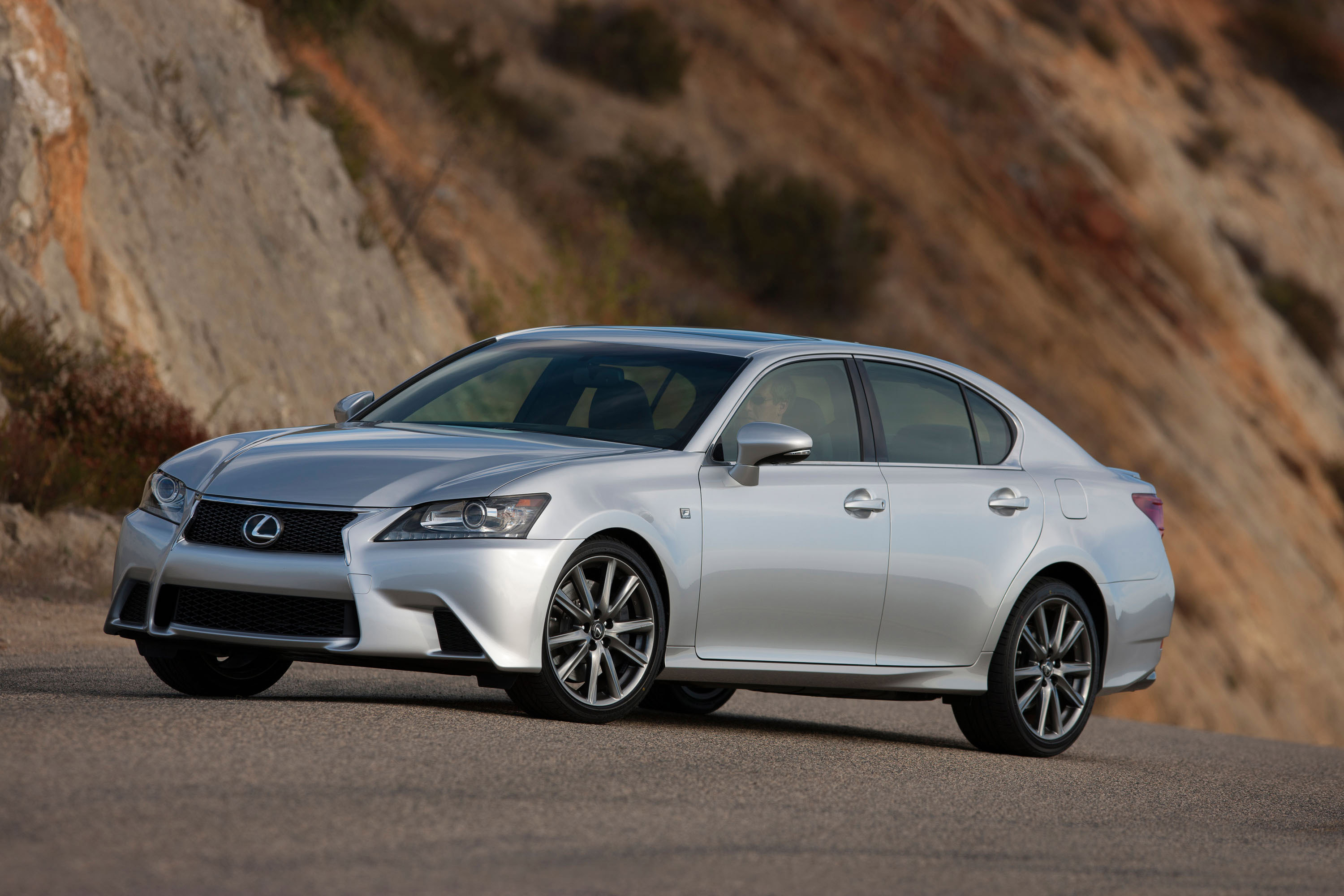 2014_Lexus_GS_350_F_SPORT_003
Midsize Premium Car: Lexus GS
The Lexus GS offers a blend of performance and luxury to top the Mercedes-Benz E-Class and the Lincoln MKS in the midsize premium segment. Both V6 and V8 versions are offered, as well as the performance-oriented GS 450h hybrid that delivers a combined 340 horsepower. 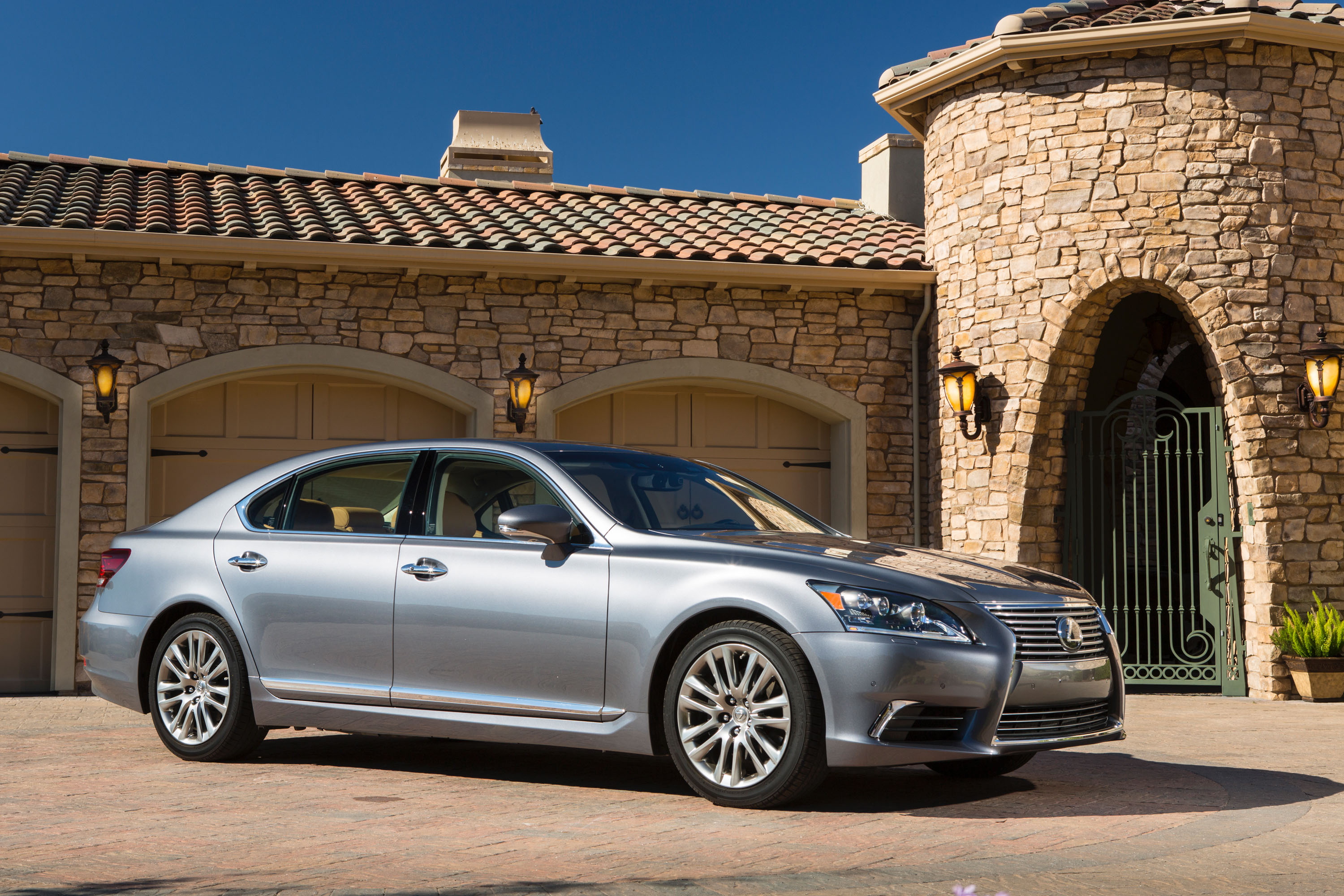 Lexus LS 460
Large Premium Car: Lexus LS | Cadillac DTS (tie)
The Cadillac DTS tied with the Lexus LS for the top position in the large premium segment, as Cadillac continues to chase Lexus and Mercedes-Benz for the top overall brand rating. The DTS debuted as a 2006 model, replacing the DeVille as Cadillac’s challenger to the Lexus LS flagship. No other models scored above the segment average. 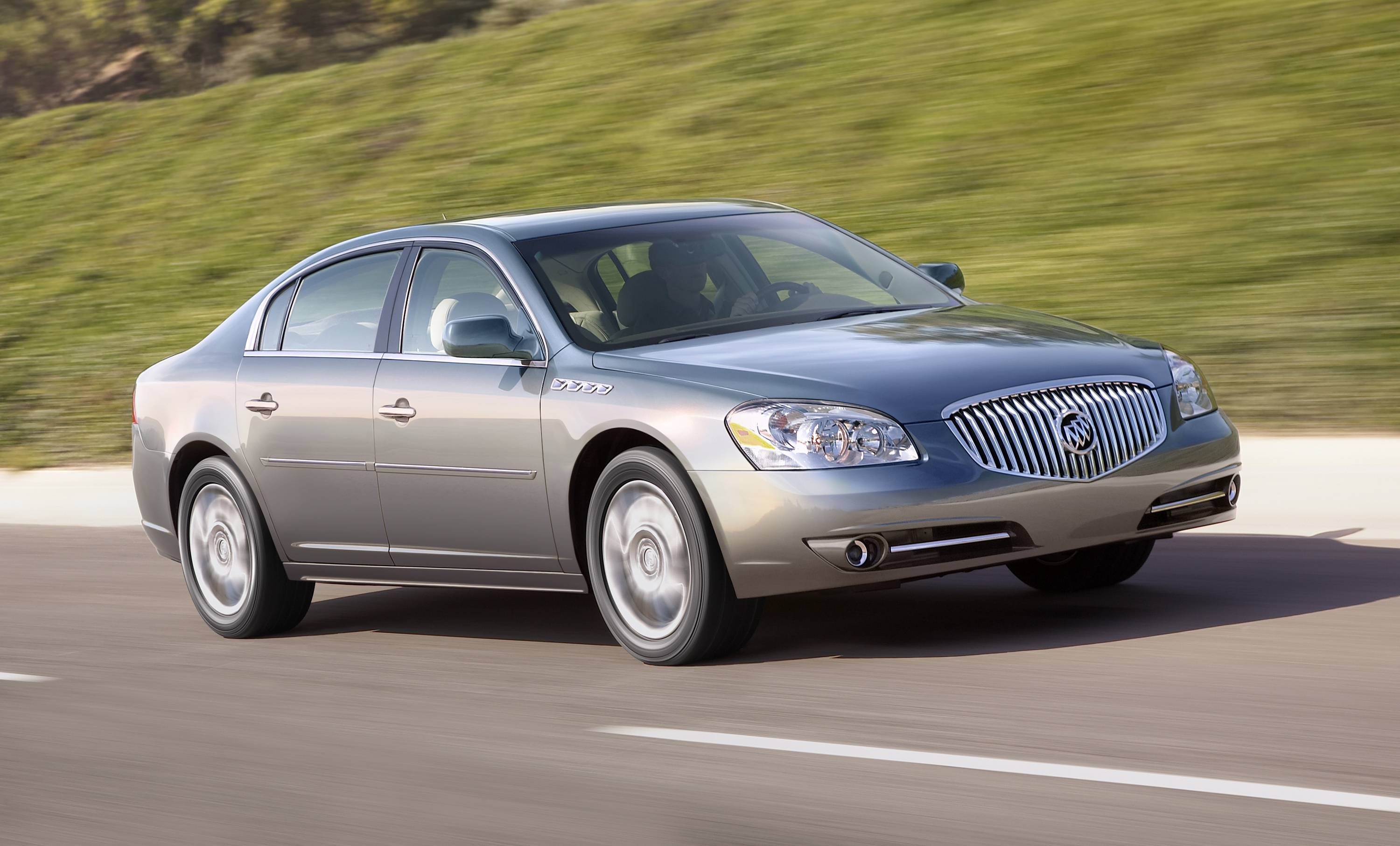 Buick Lucerne Super
Large Car: Buick Lucerne
The Lucerne is Buick’s flagship model that tops the Toyota Avalon and the Ford Taurus as the most dependable large car in this year’s study. While 2011 was the final model year for Lucerne, performance options include an available Cadillac Northstar V8 engine and Corvette suspension system. 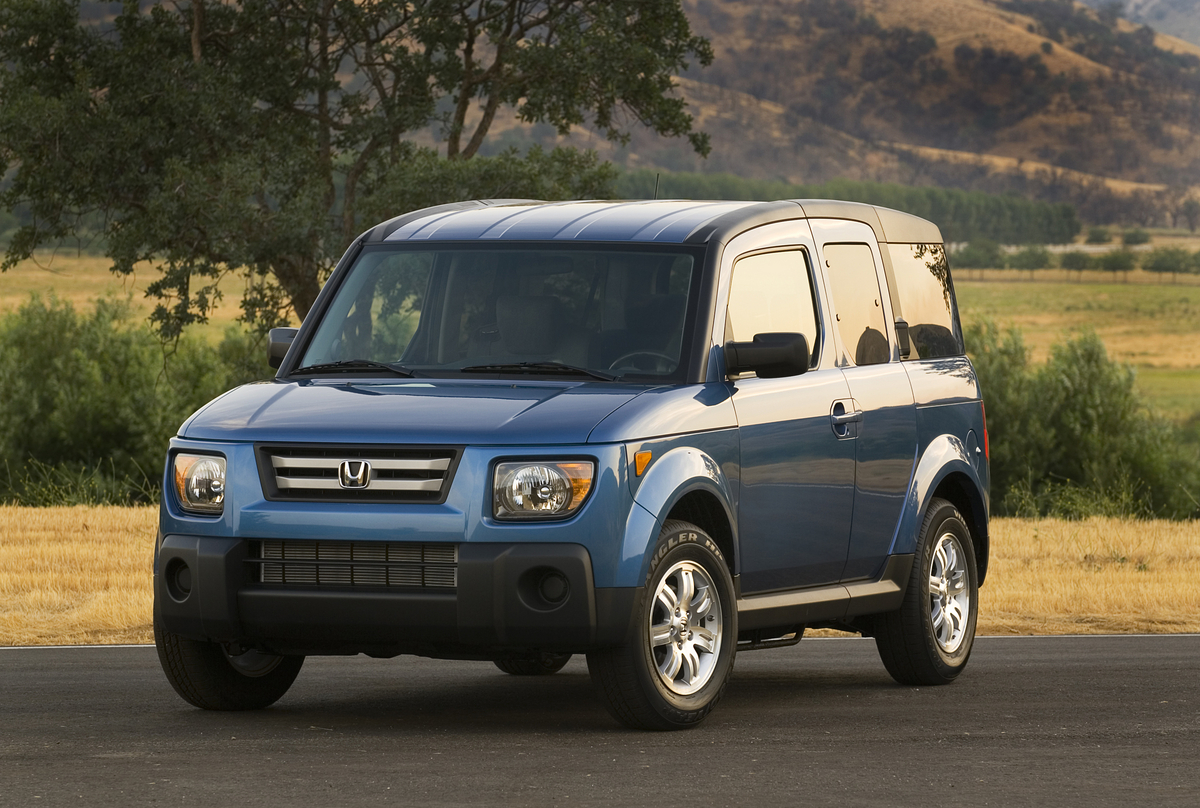 Honda Element EX
Sub-Compact CUV: Honda Element
The unique Honda Element earned the top score in the sub-compact CUV segment over the Jeep Patriot and Kia Sportage. After a 9-year run, 2011 was the final year for the versatile Element, which combined practical functionality with distinctive styling. 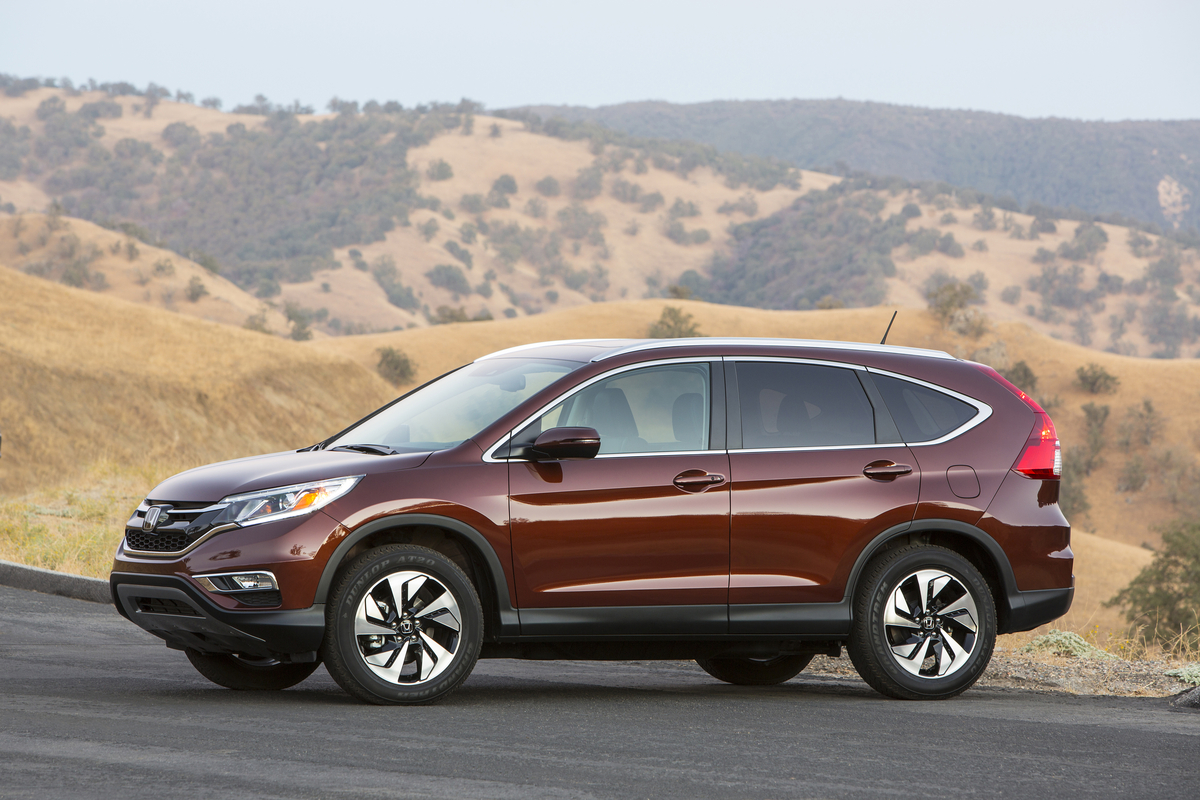 2015 Honda CR-V
Compact CUV: Honda CR-V
Honda’s popular CR-V compact CUV won this segment over two Toyota models, the FJ Cruiser and RAV4. The CR-V was one of the first compact SUVs; it debuted in 1995 and eventually became a category leader. The 2011 model was the final version of the first generation before being redesigned for 2012. 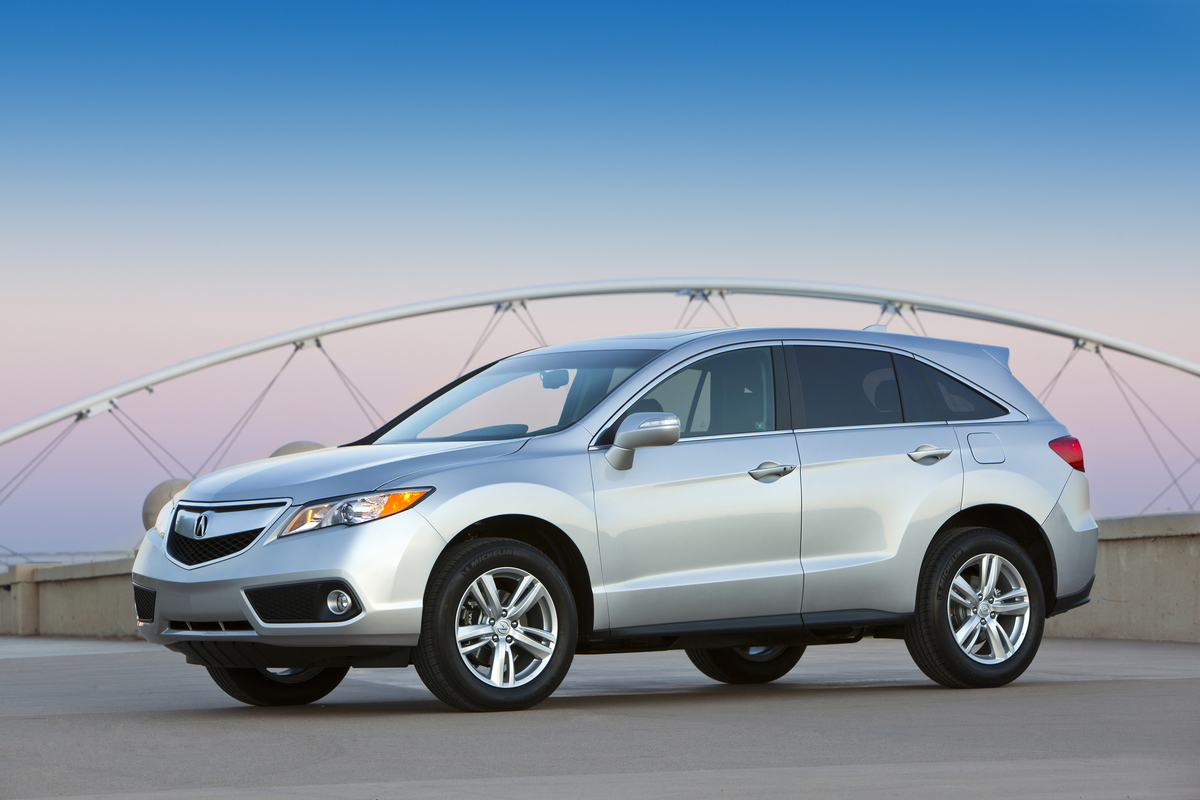 2015 Acura RDX
Compact Premium CUV: Acura RDX
The Acura RDX earned the top rating for a compact premium CUV, besting the new Mercedes-Benz GLK that debuted as a 2010 model. The RDX debuted as a 2007 model and was the first Acura to offer a turbocharged engine. No other models scored above the segment average. 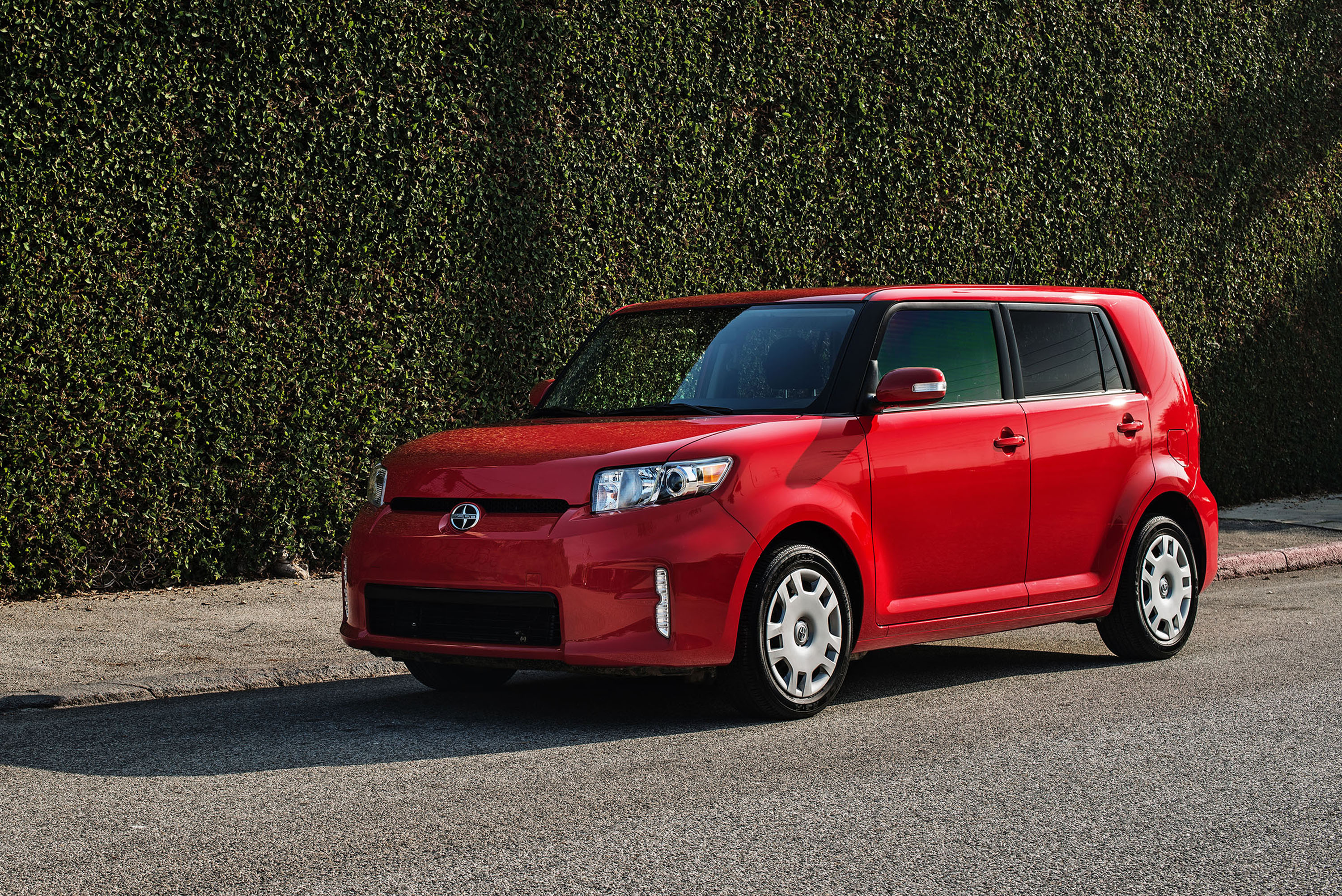 2013_Scion_xB_01
Compact Multi-Purpose Vehicle: Scion xB
The Scion xB was the most dependable compact MPV, outscoring the Kia Soul. When Toyota introduced the Scion brand in 2004, the compact hatchback xB with its box-on-wheels design quickly symbolized the new youth-oriented brand. The second-generation xB has more rounded edges but still offers a distinctive design. 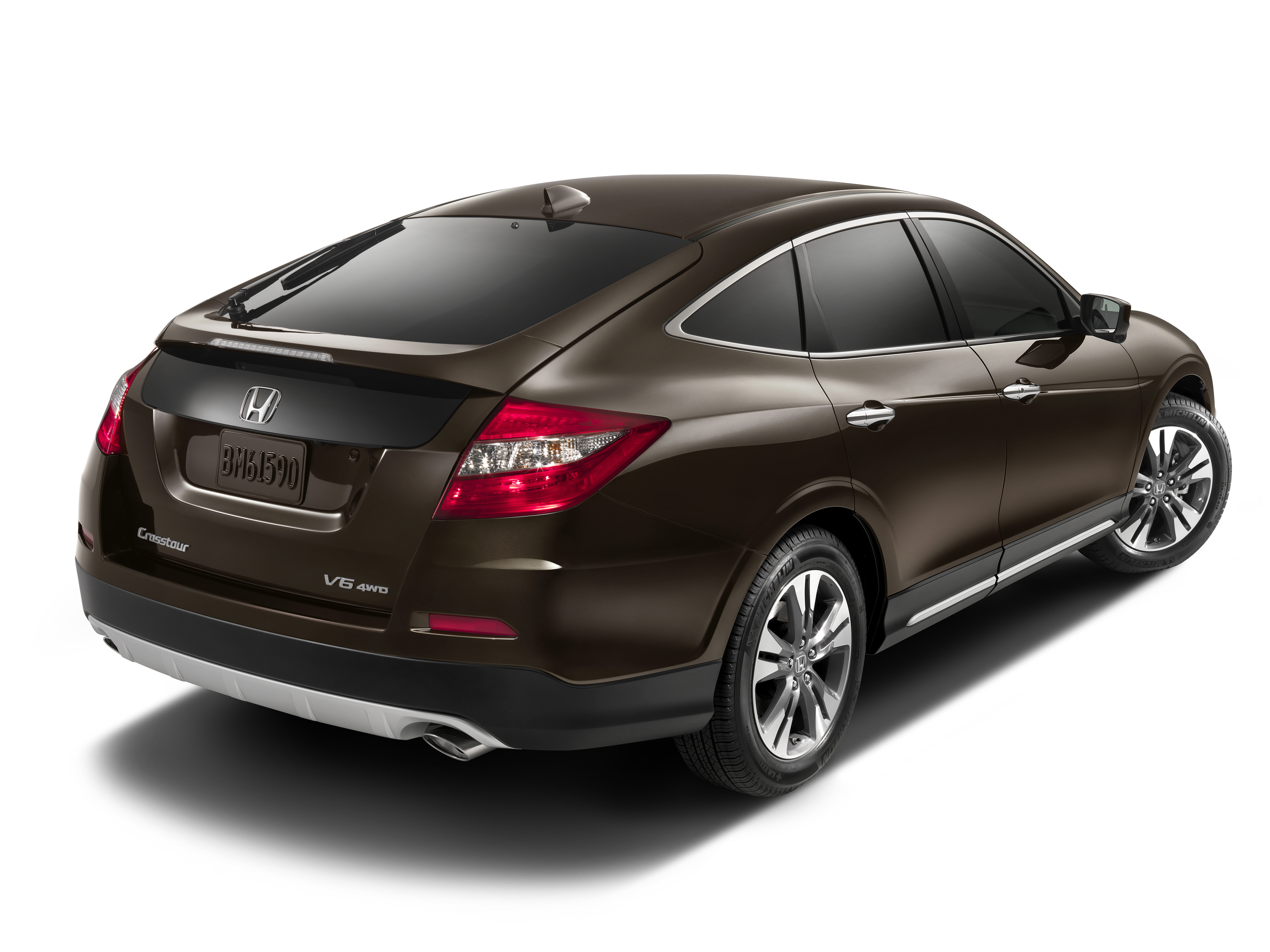 2014 Honda Crosstour
Midsize CUV: Honda Crosstour
The Honda Crosstour earned the best score in the midsize CUV segment ahead of the Toyota 4Runner and the Nissan Murano. Based on the Honda Accord, the Crosstour hatchback is more car than SUV and offers a unique profile with a high hood and sloping roofline. 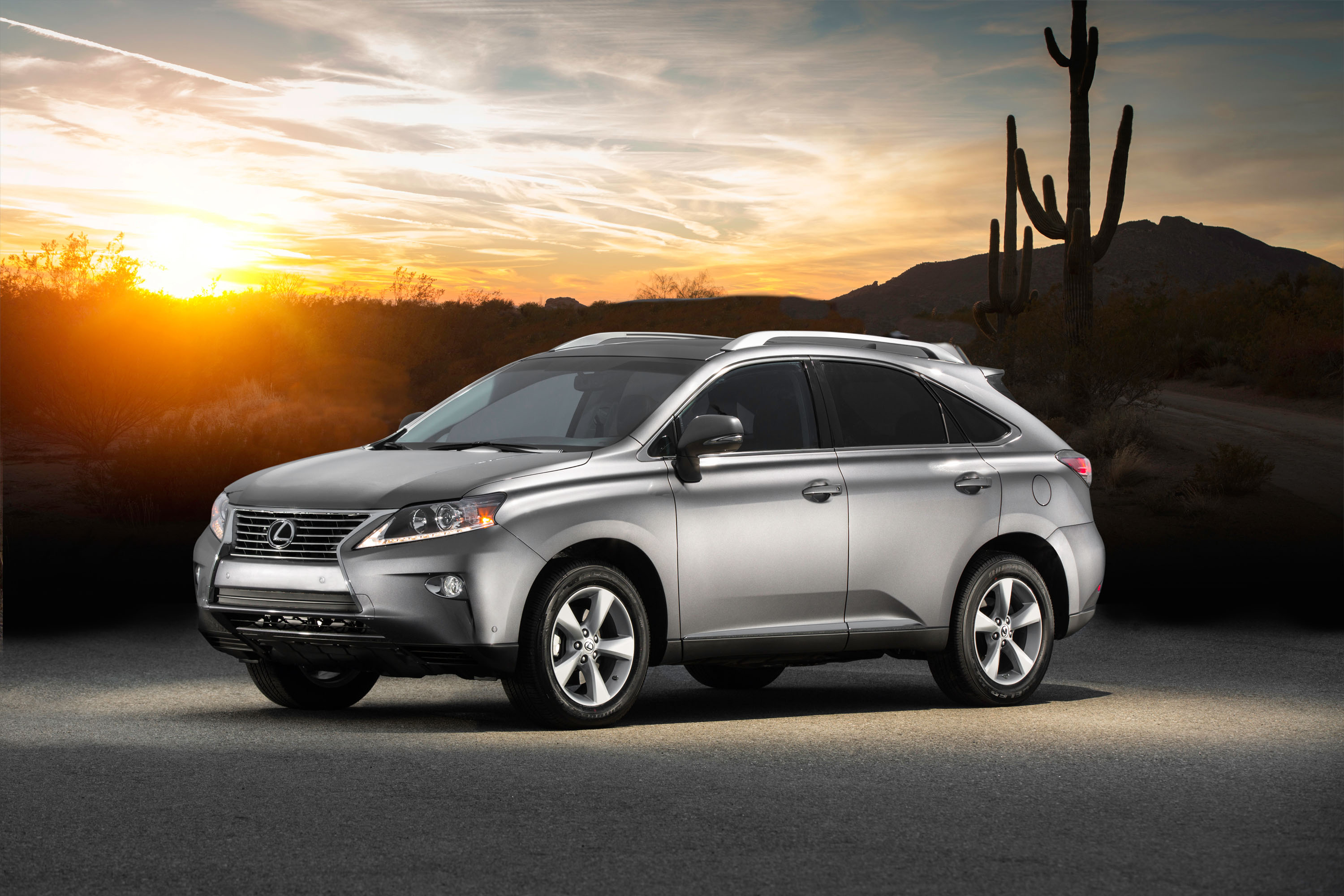 2013_2014_Lexus_RX_350_001
Midsize Premium CUV: Lexus RX
The Lexus RX was named most dependable midsize premium CUV over the Lexus GX, followed by the Acura MDX and Mercedes-Benz M-Class, which tied for third. The RX was one of the first luxury crossovers when it debuted in 1998, offering a car-like ride and luxury appointments with the utility of an SUV. 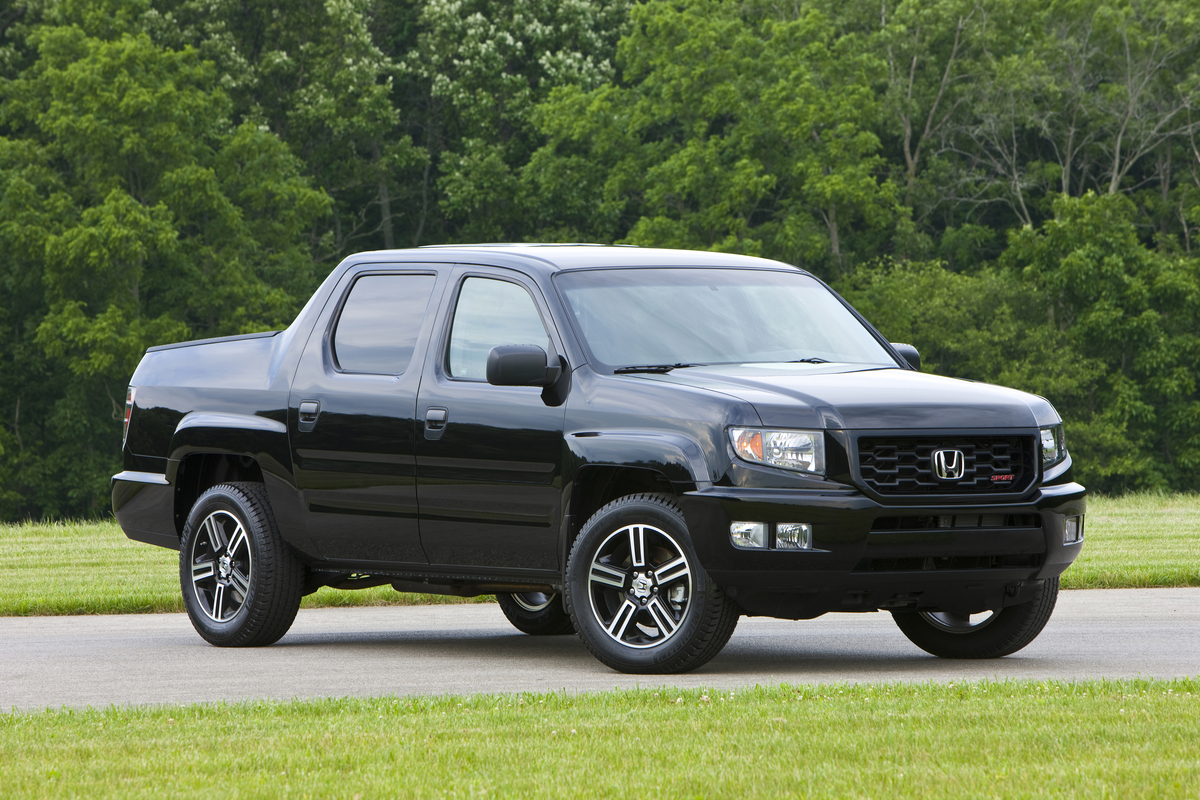 Honda Ridgeline Sport
Midsize Pickup: Honda Ridgeline
The Honda Ridgeline was the most dependable midsize pickup in the 2014 study, beating out the Ford Ranger and GMC Canyon. The first pickup offered by Honda, the Ridgeline debuted as a 2006 model with four doors and a short bed. Unlike other pickups, the Ridgeline’s bed is not a separate unit; it is integrated as part of the body structure. 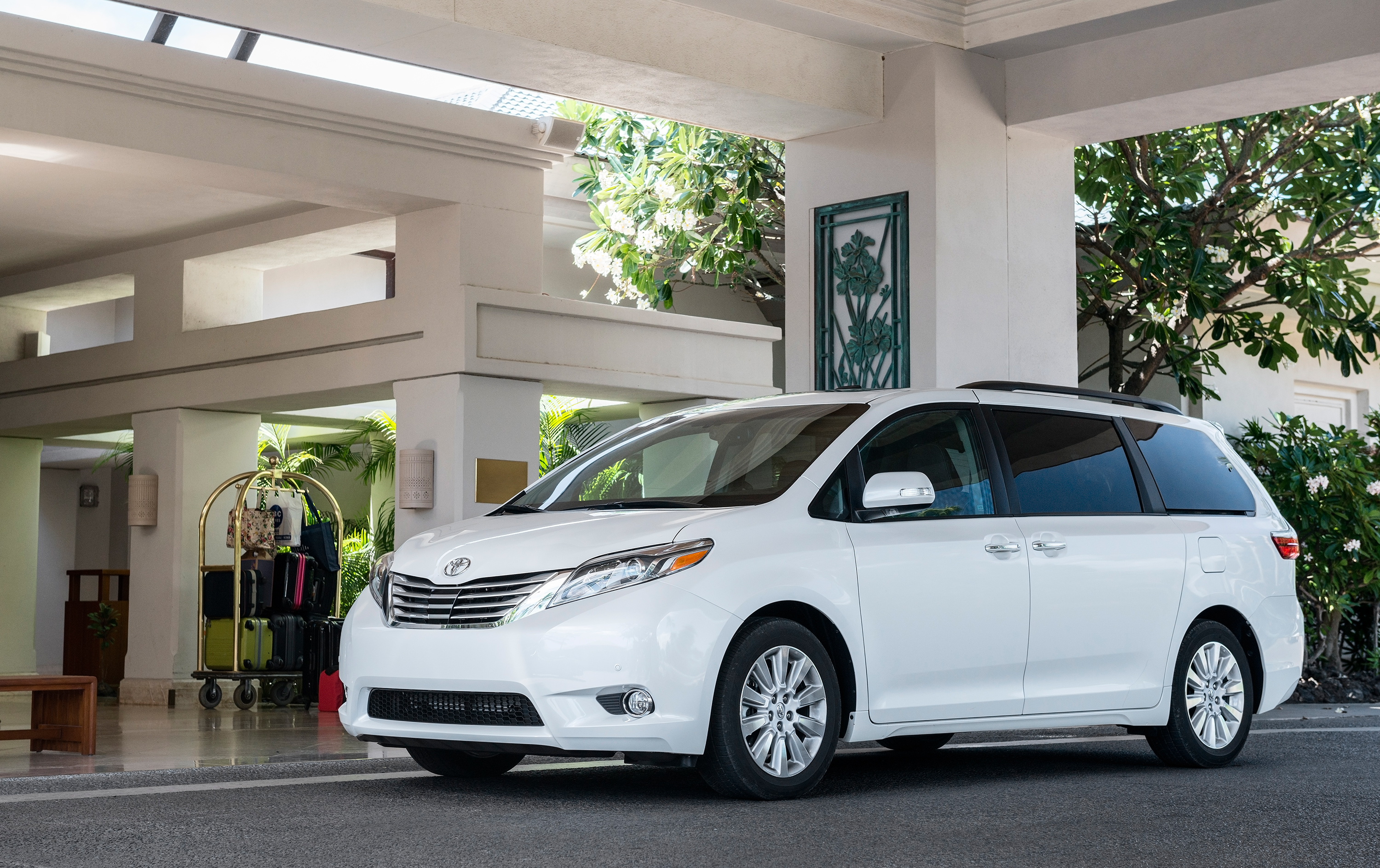 2015_Toyota_Sienna_001
Minivan: Toyota Sienna
The Toyota Sienna was the top-rated minivan in this year’s study. The Sienna debuted for 1998, and the 2011 model was the first year of the third-generation design. Offering seating for up to 8 passengers, all Siennas are powered by a V6 engine. No other minivans scored above the segment average. 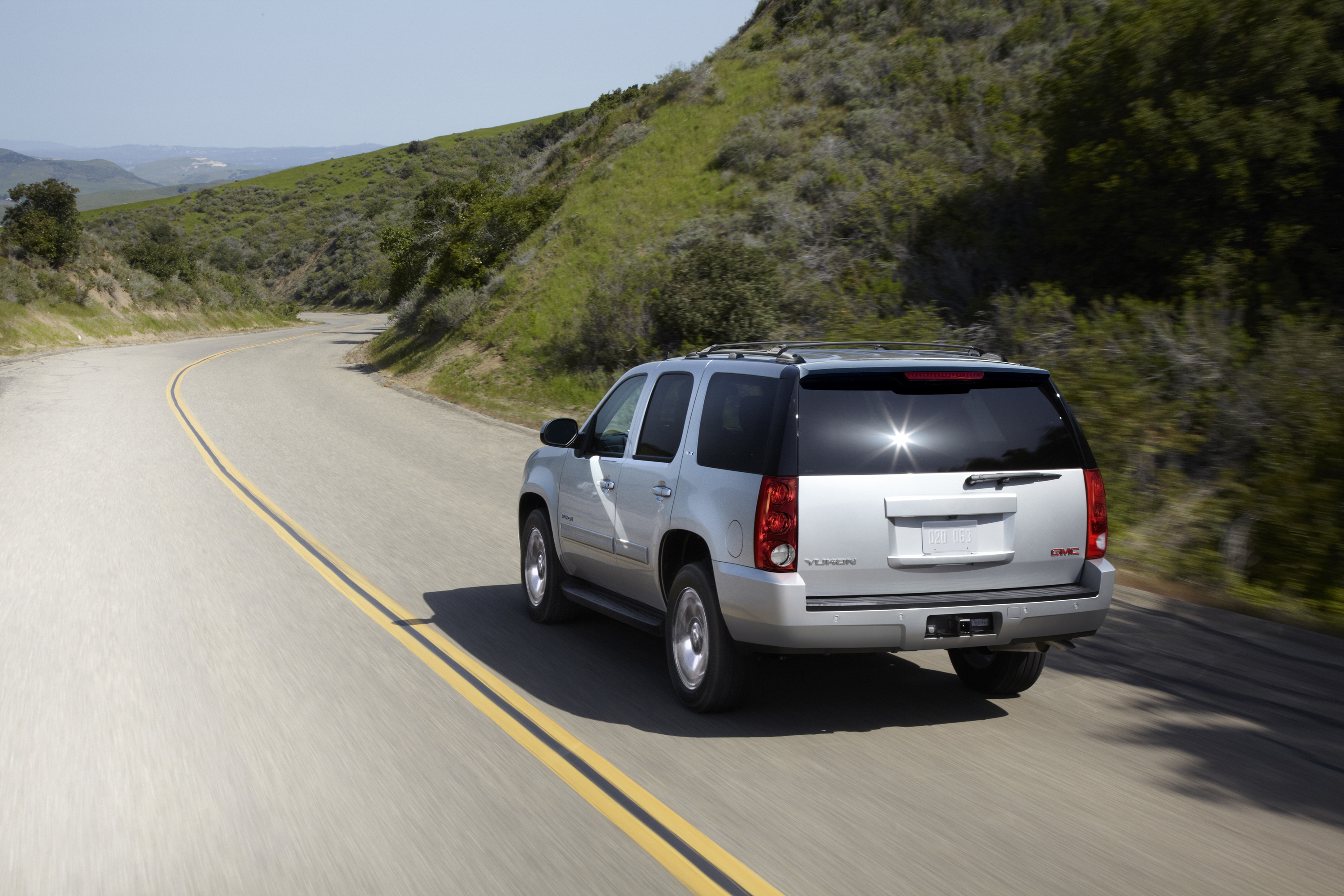 2014 GMC Yukon SLT
Large CUV: GMC Yukon
The GMC Yukon earned the top spot in dependability for large CUVs ahead of its cousin, the Chevrolet Tahoe, and the Toyota Sequoia. A large truck-based SUV, the Yukon is mechanically identical to the Tahoe and was the more upscale version until the debut of the Cadillac Escalade, which is based on the same platform. 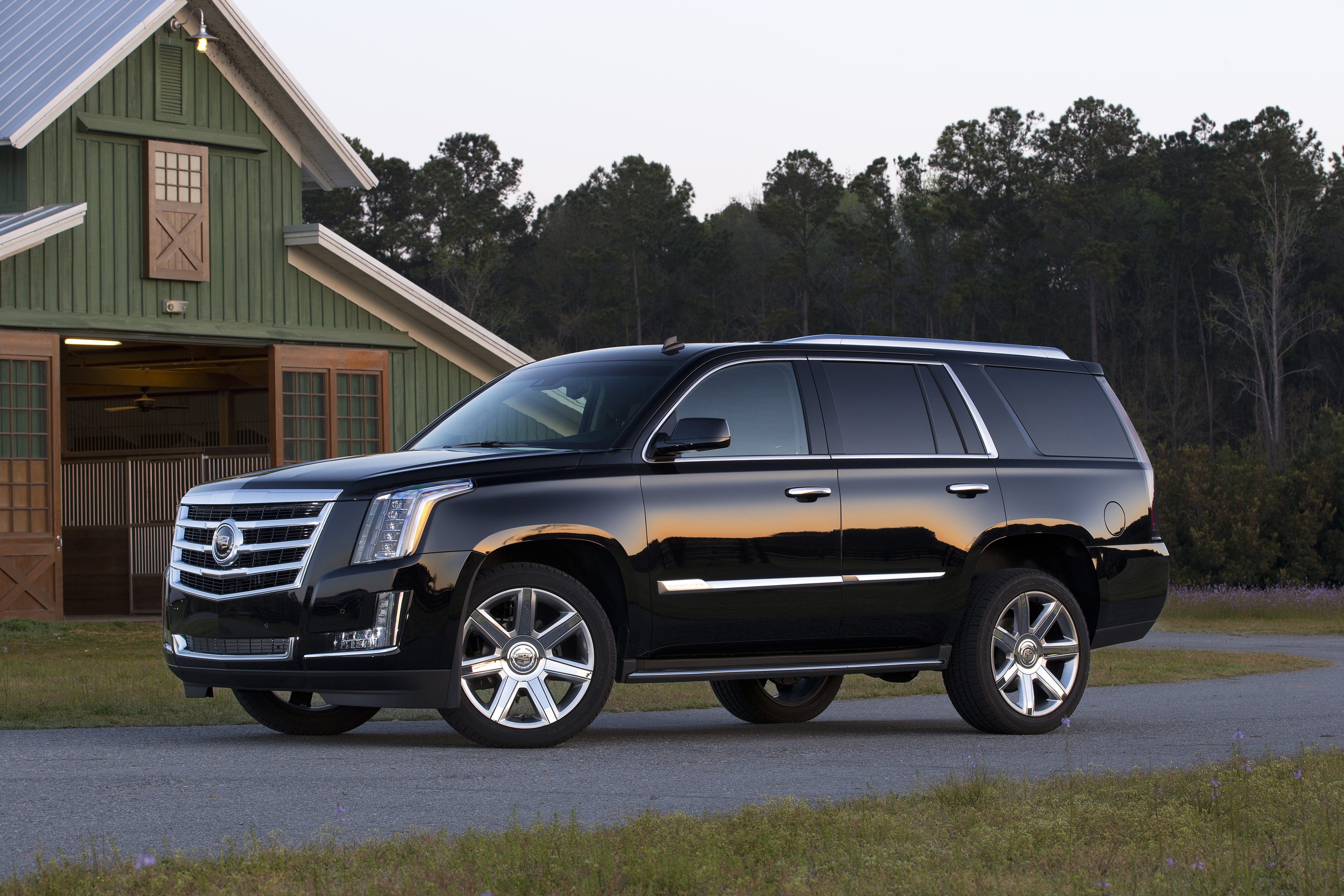 2015 Cadillac Escalade
Large Premium CUV: Cadillac Escalade
The Cadillac Escalade earned the best score for large premium CUVs, besting the Mercedes-Benz GL-Class in the latest dependability study. Based on the same platform as the Chevrolet Tahoe, the Escalade receives suspension, powertrain and luxury upgrades to compete in the premium segment. No other models scored above the segment average. 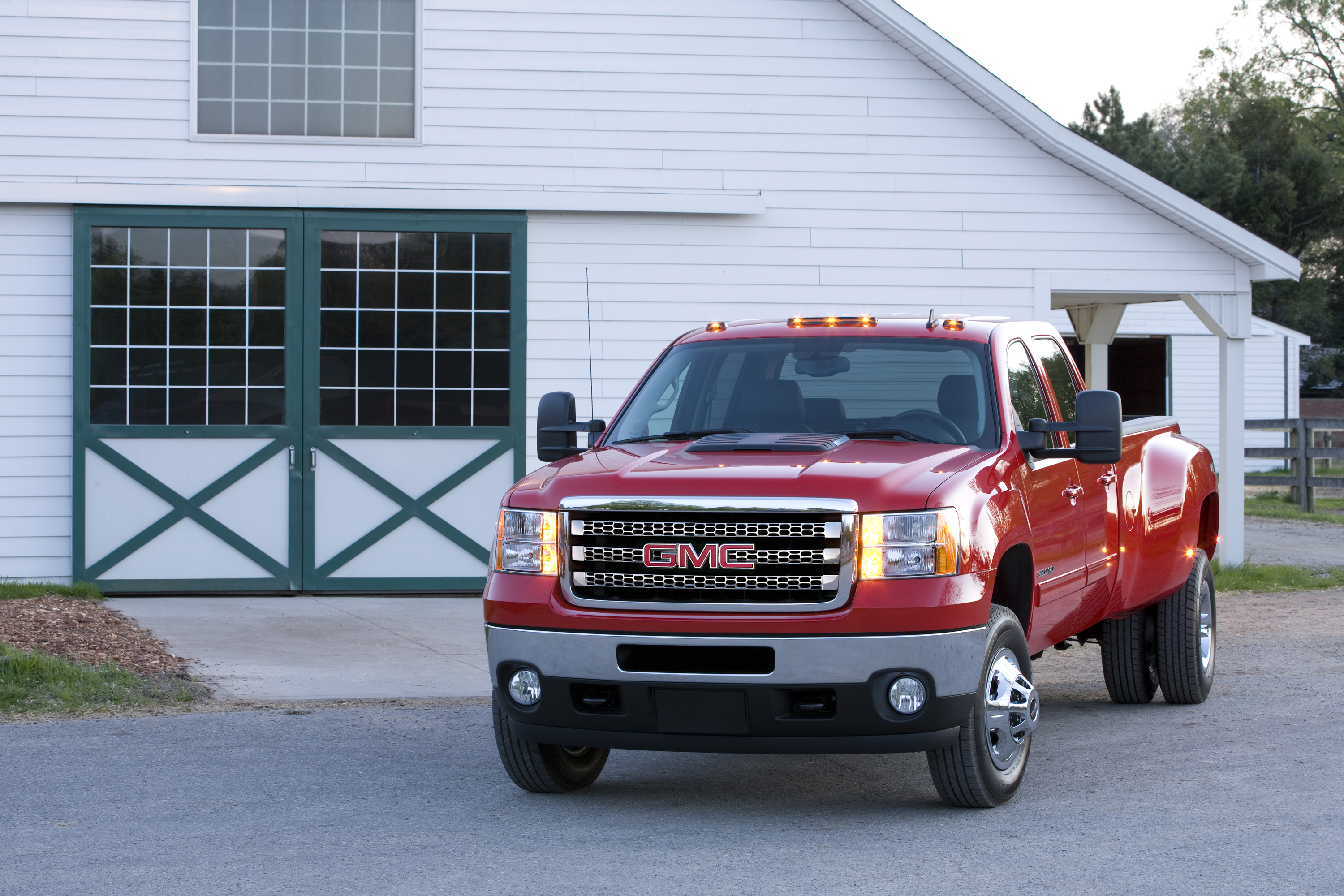