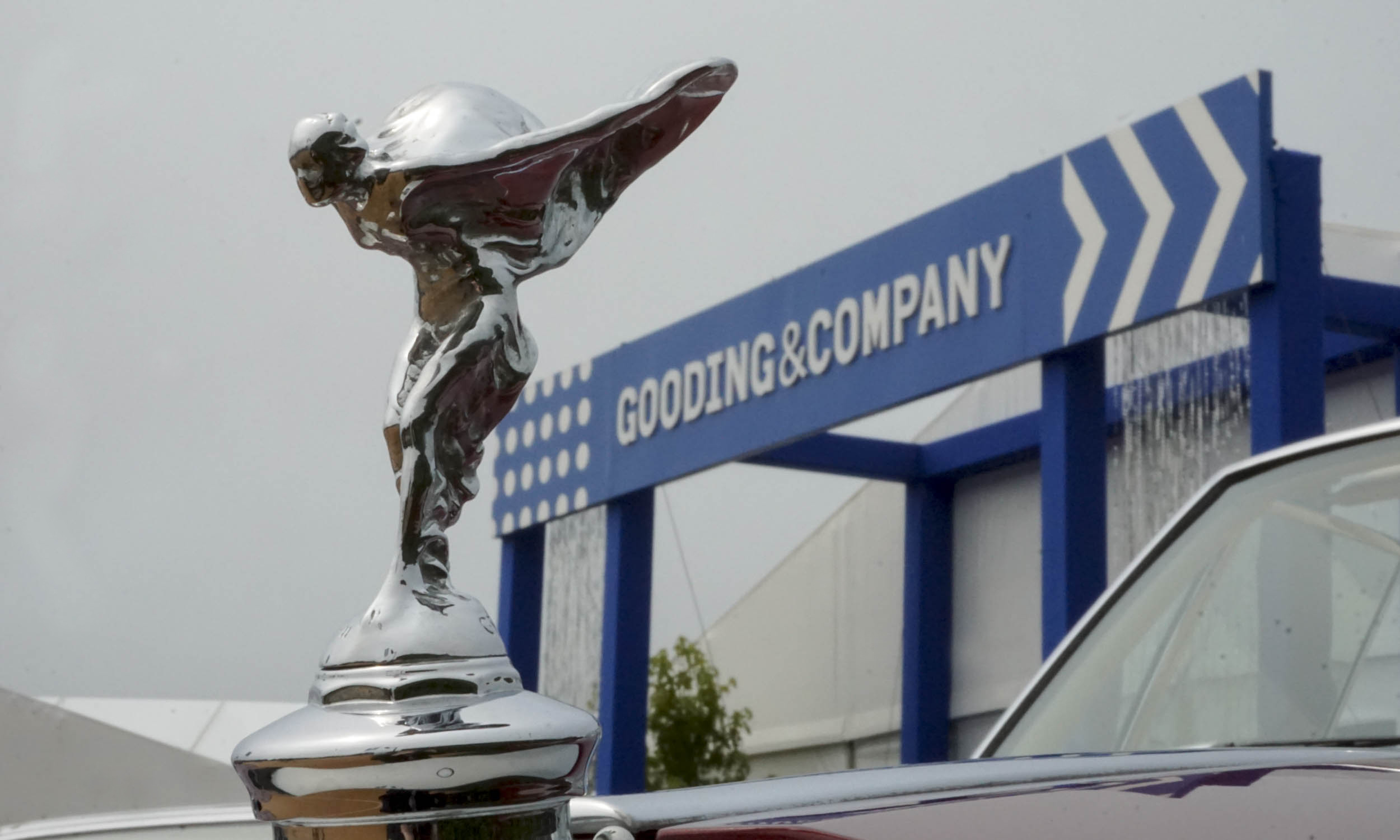 High Rollers
Every third week in August classic car enthusiasts descend on the Monterey Peninsula in California to experience a variety of exciting car events, anchored by the prestigious Pebble Beach Concours d’Elegance. Many of those attending see the week as an opportunity to divest some of their rolling stock and/or acquire something new. And there’s plenty of opportunity for these types of transactions at the five car auctions held throughout Monterey Car Week. Headlined by auctions from Gooding & Co and RM Sotheby’s, more than 700 cars, trucks and motorcycles were sold over four days of auction action. The experts at Hagerty Insurance report that overall sales were down compared to 2015 — both in quantity and total value — however, the average sale price through the long weekend came in at almost $500,000. What follows are the 15 vehicles that commanded the highest prices during the 2016 Monterey car auctions. 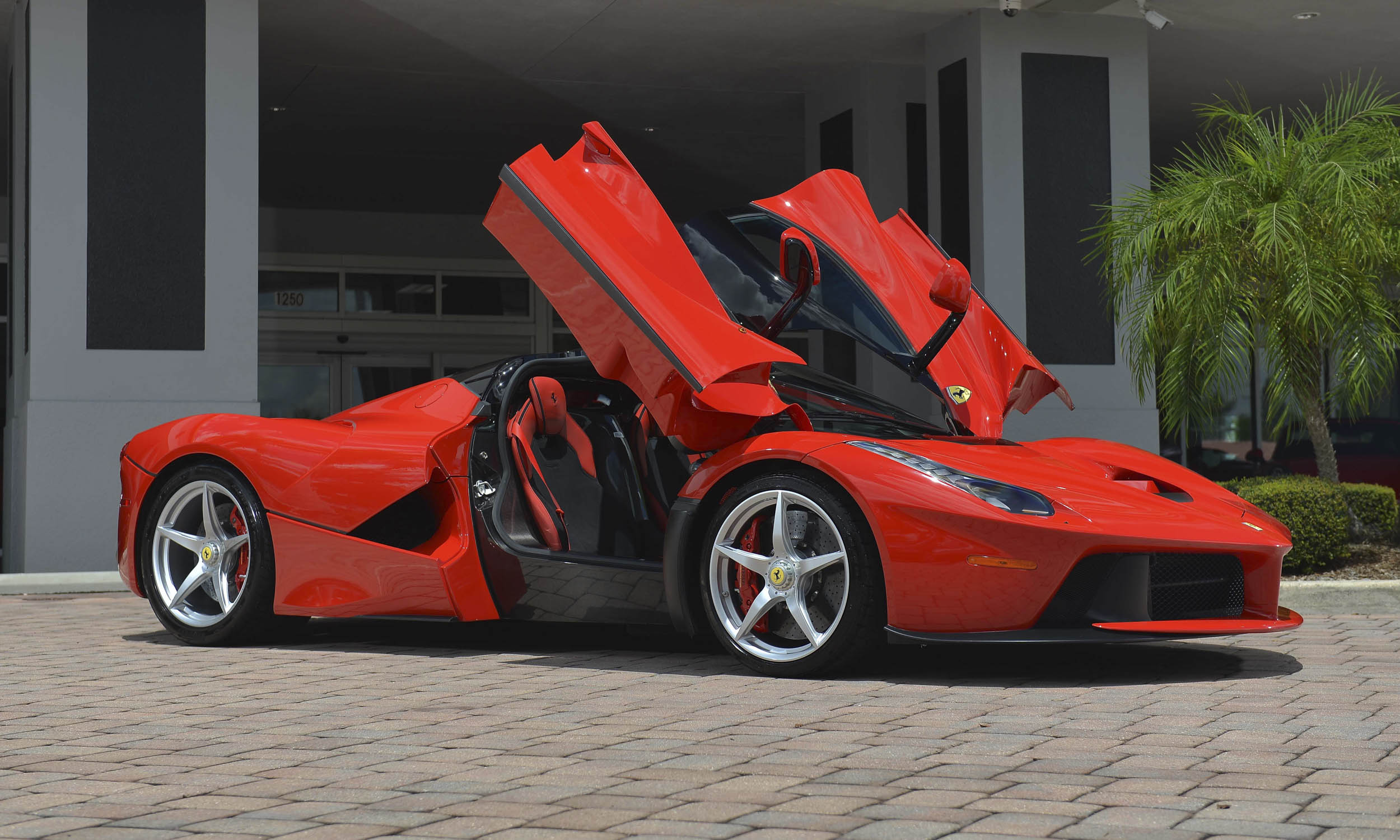 15. 2014 Ferrari LaFerrari
Sale Price: $3,350,000
Auction: Bonhams
Only 120 of these extreme Ferraris were ever sold in America, and this one has just 230 miles on the odometer. According to Bonhams, this is the first LaFerrari to be offered for public sale. Unveiled just a few years ago at the Geneva Motor Show, the LaFerrari boasts a hybrid 6.2-liter V12 with electric motors to produce a combined 963 horsepower. The LaFerrari can reach 60 mph in less than 3 seconds and achieve 186 mph in 15 seconds. 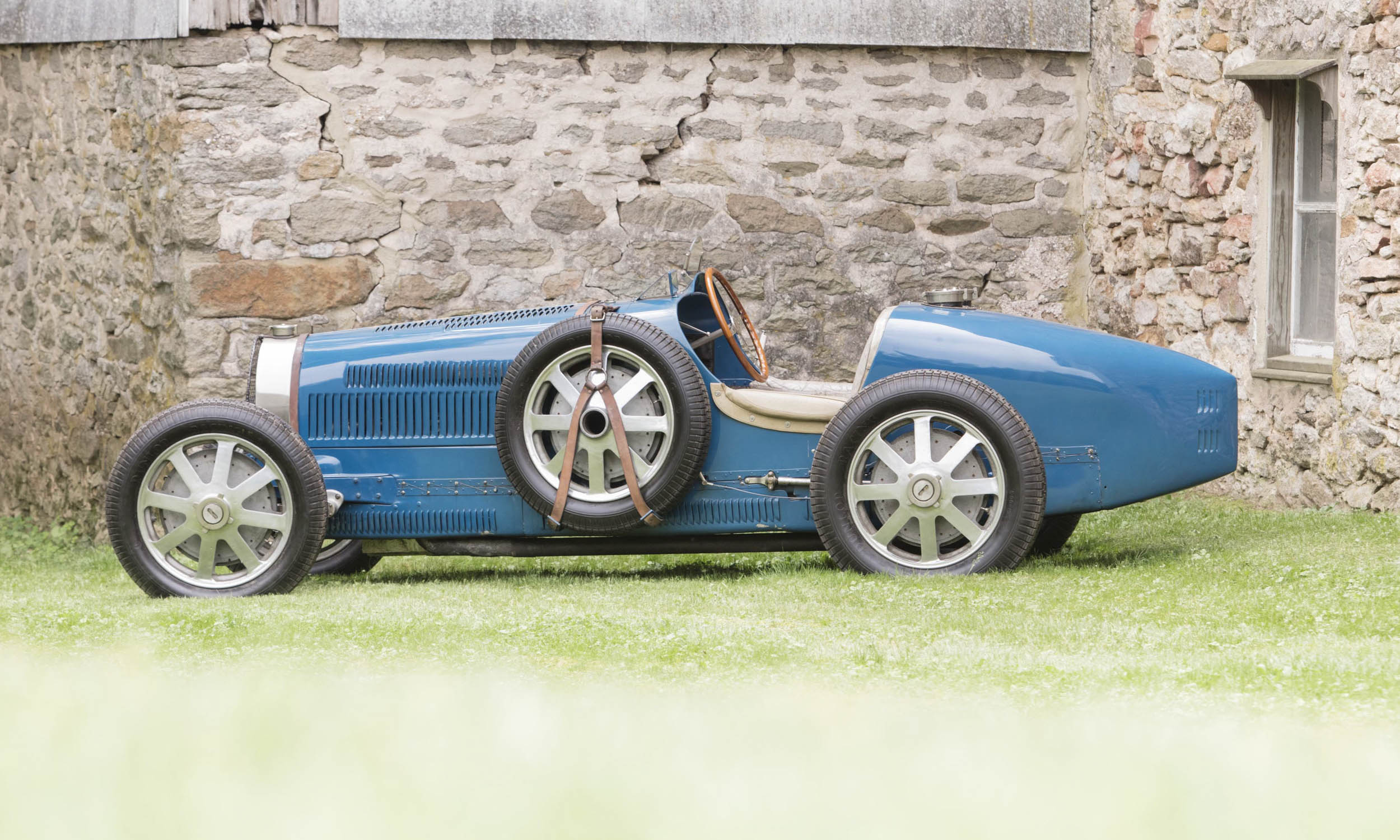 14. 1931 Bugatti Type 51 Grand Prix Roadster
Sale Price: $3,800,000
Auction: Bonhams
This 1931 Bugatti was the first in a series of 40 cars and was purchased in April of 1931 by aristocratic British owner/driver Francis Richard Henry Penn Curzon, the fifth Earl Howe. It was just a few days later that Earl Howe participated in the 1931 Monaco Grand Prix with his new automobile. This Bugatti has had a rich racing heritage and has been completely restored. Under the hood lurks a 2.6-liter V8 with a Roots-type supercharger putting out 180 horsepower. 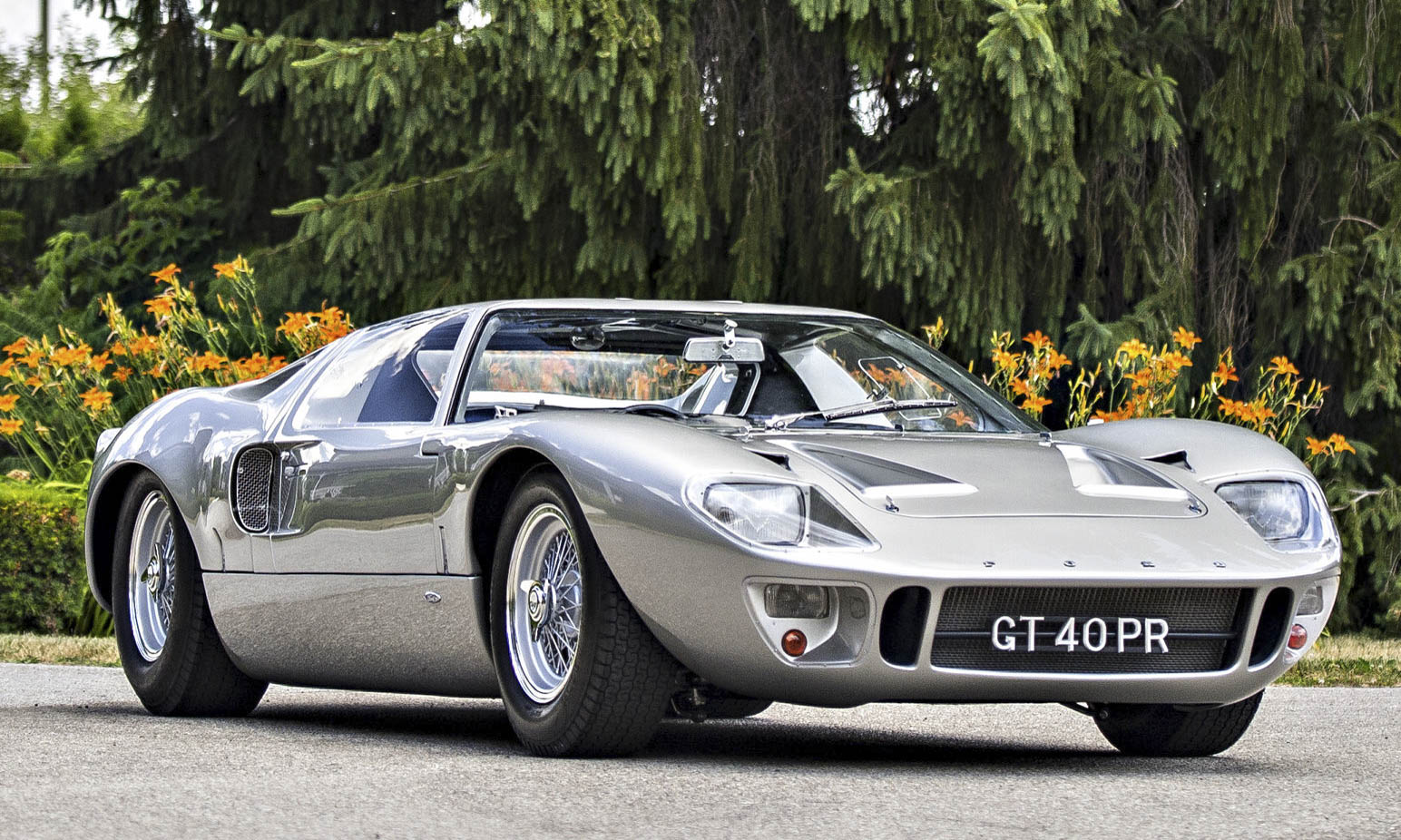 13. 1966 Ford GT40 MK1
Sale Price: $4,400,000
Auction: Mecum
The Ford GT40 was made famous when it beat the legendary Ferraris at the 24 Hours of Le Mans in 1966. Although this car did not race, it was the first GT40 road car delivered in North America. Built at the Ford Advanced Vehicles factory in Slough, Buckinghamshire, England, this GT40 was briefly used as a test and evaluation car on Ford’s test track. Shortly after, it served as Ford North America’s official Promotional GT40. The same family had owned this car for 40 years and it only shows 11,000 miles on the odometer. 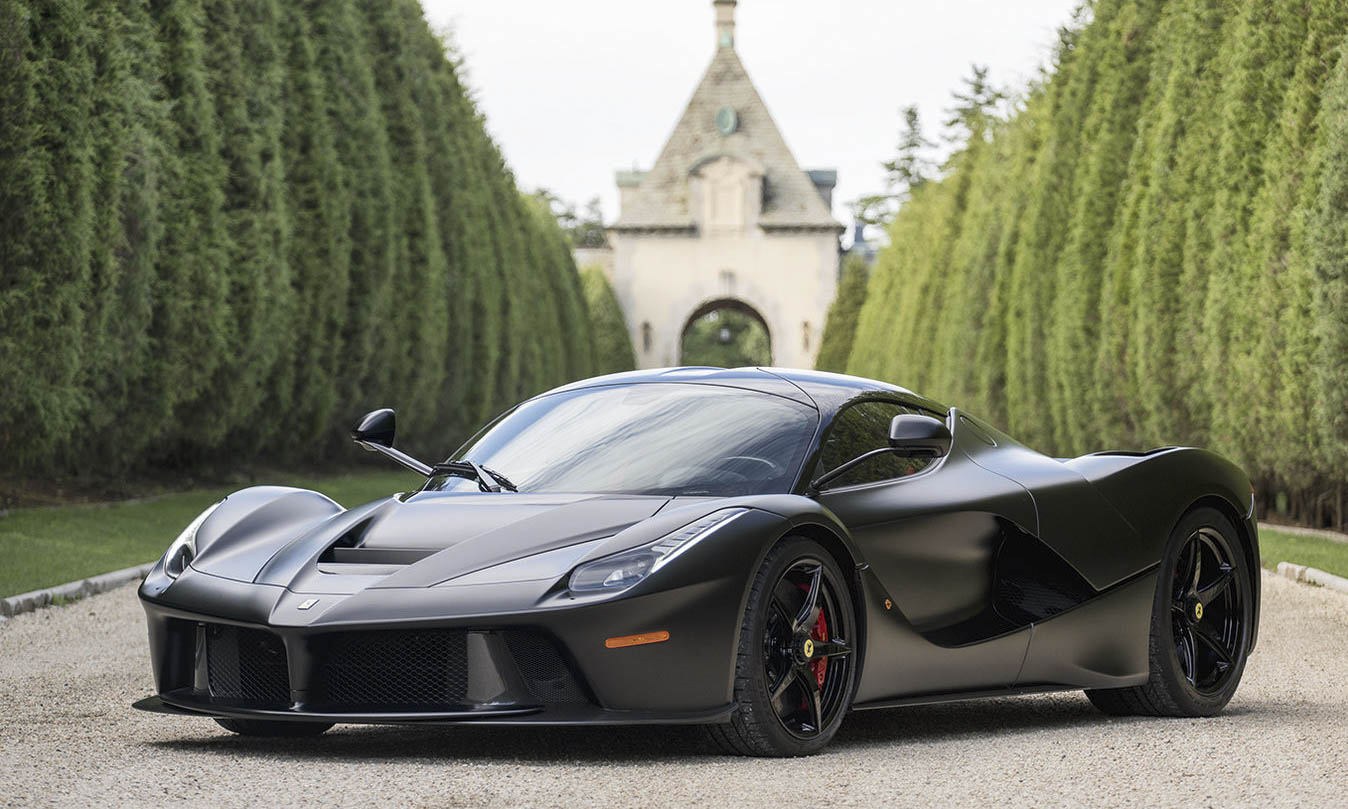 12. 2014 Ferrari LaFerrari
Sale Price: $4,700,000
Auction: Mecum
A second LaFerrari sold at auction over the weekend, and we speculate that this one garnered a bit higher price due to its exclusivity. Given the low production number of these extreme hypercars, the LaFerrari is already unique, but this one is painted in Nero DS Opaco paint — one of only three finished in this sinister-looking color. 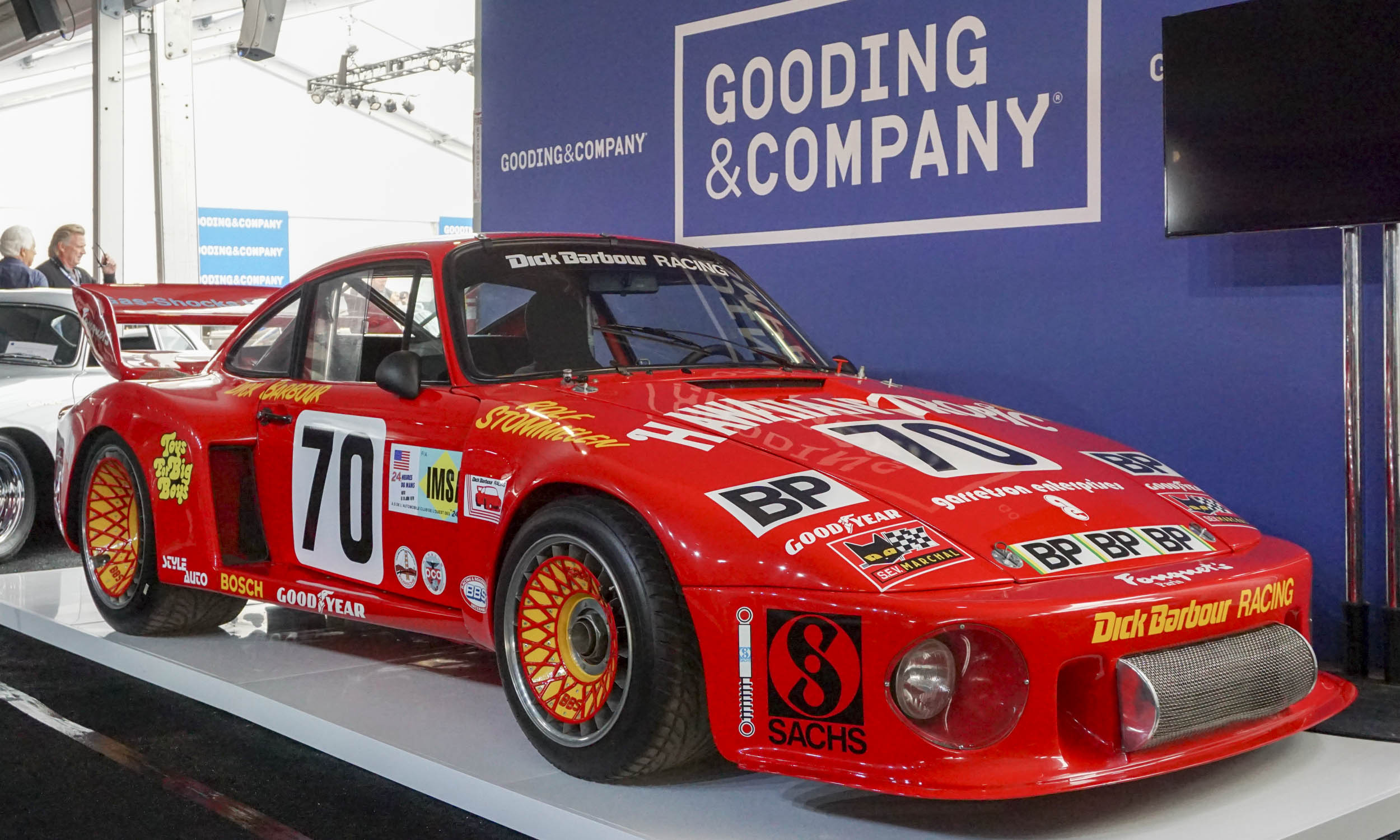 11. 1979 Porsche 935
Sale Price: $4,840,000
Auction: Gooding & Co.
In the revered world of race-proven Porsches, there are certain machines that stand out from others due to the stature of their drivers as well as their achievements on the track. This 1979 Porsche 935 is one of those cars. It has been in 72 top-level races and was an overall winner and five-time participant in the 24 Hours of Daytona and the 12 Hours of Sebring. It also achieved a class win and a second place overall in its 24 Hours of Le Mans debut in 1979, where it was driven by veteran racer and Hollywood icon Paul Newman. 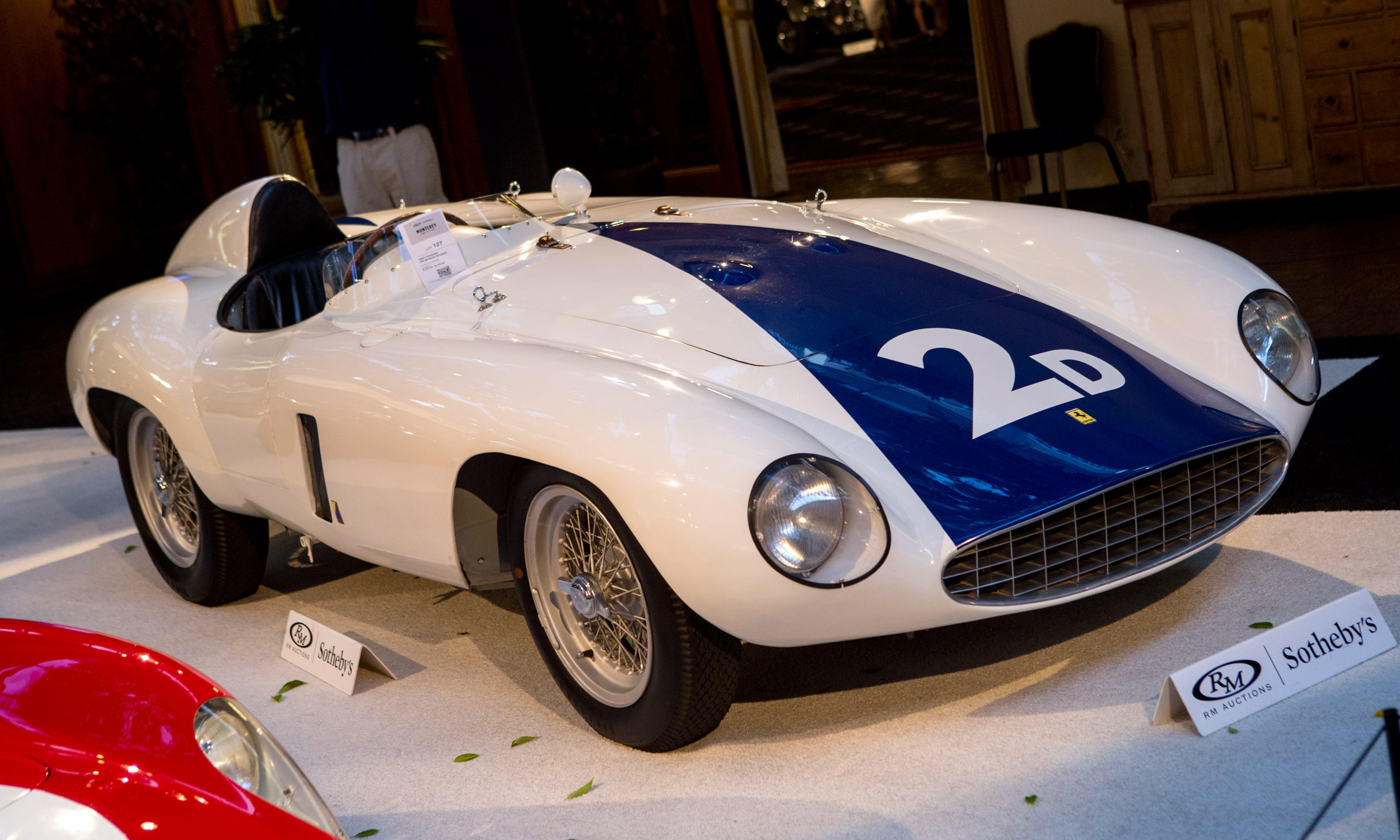 10. 1955 Ferrari 750 Monza Spider by Scaglietti
Sale Price: $5,225,000
Auction: RM Sotheby’s
This 750 Monza Spider was sold new to Allen Guiberson of Dallas, Texas, who owned and campaigned several early Ferraris. The car was finished in the distinctive color combination of white with a dark blue triangle as seen on the car today. The 750 Monza’s first race was the 12 Hours of Sebring in 1955. With legendary drivers Phil Hill and Carroll Shelby behind the wheel, the Monza earned second place overall. Following a highly successful racing career with three of America’s greatest drivers, its careful preservation by Jim Hall (one of the three drivers) for over 60 years has made this one of the finest examples in existence. 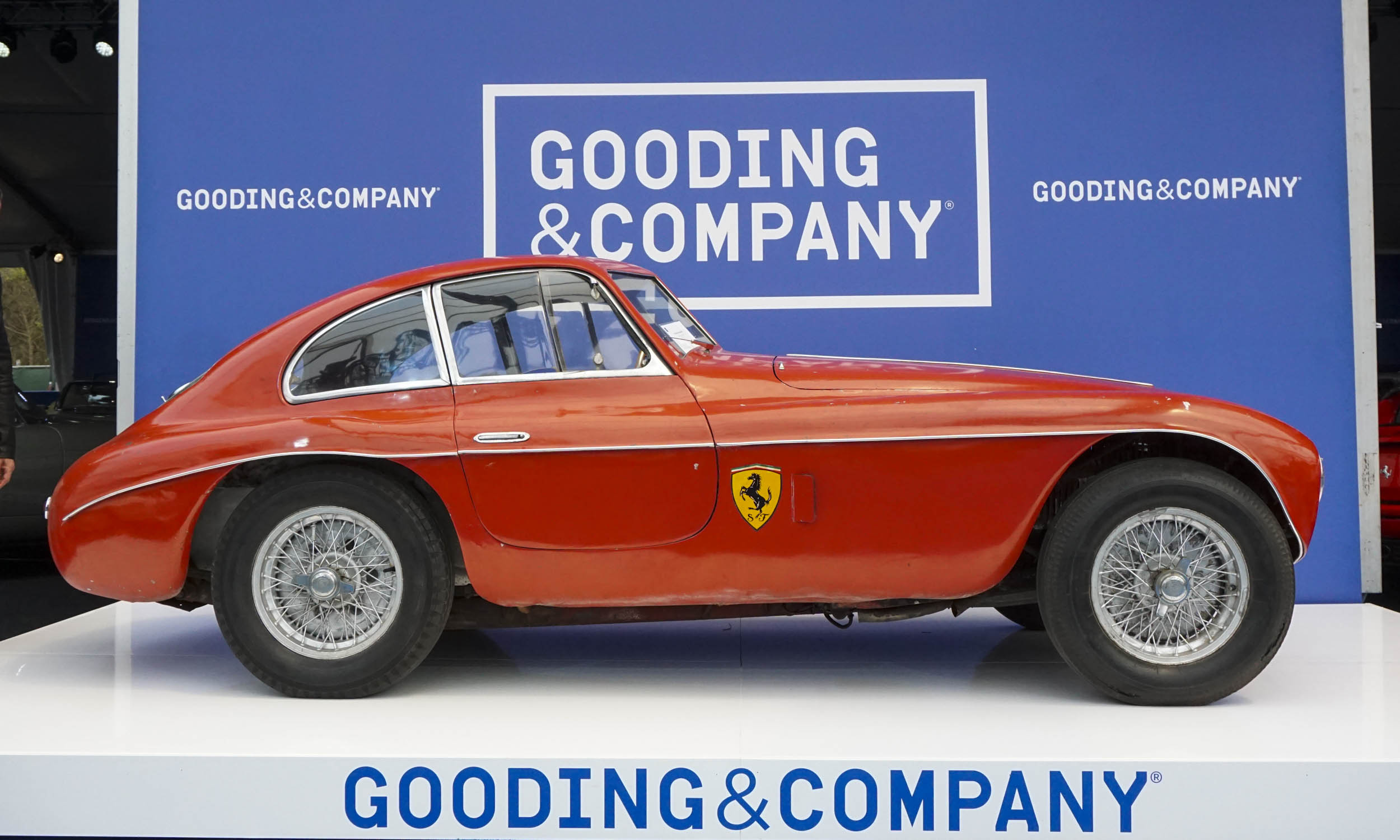 9. 1950 Ferrari 166 MM Berlinetta
Sale Price: $5,445,000
Auction: Gooding & Co.
This Ferrari 166 MM was completed in April 1950, making it the 18th of just 25 Barchettas built by Carrozzeria Touring. Purpose-built for competition, this example is finished in Italian racing red with the more Spartan “nude” interior, rather than the more luxurious Lusso treatment. The Barchetta made its racing debut at the Mille Miglia, held on April 23, 1950. Since then it established an impressive racing history and remains one of the few unrestored racing Ferraris. 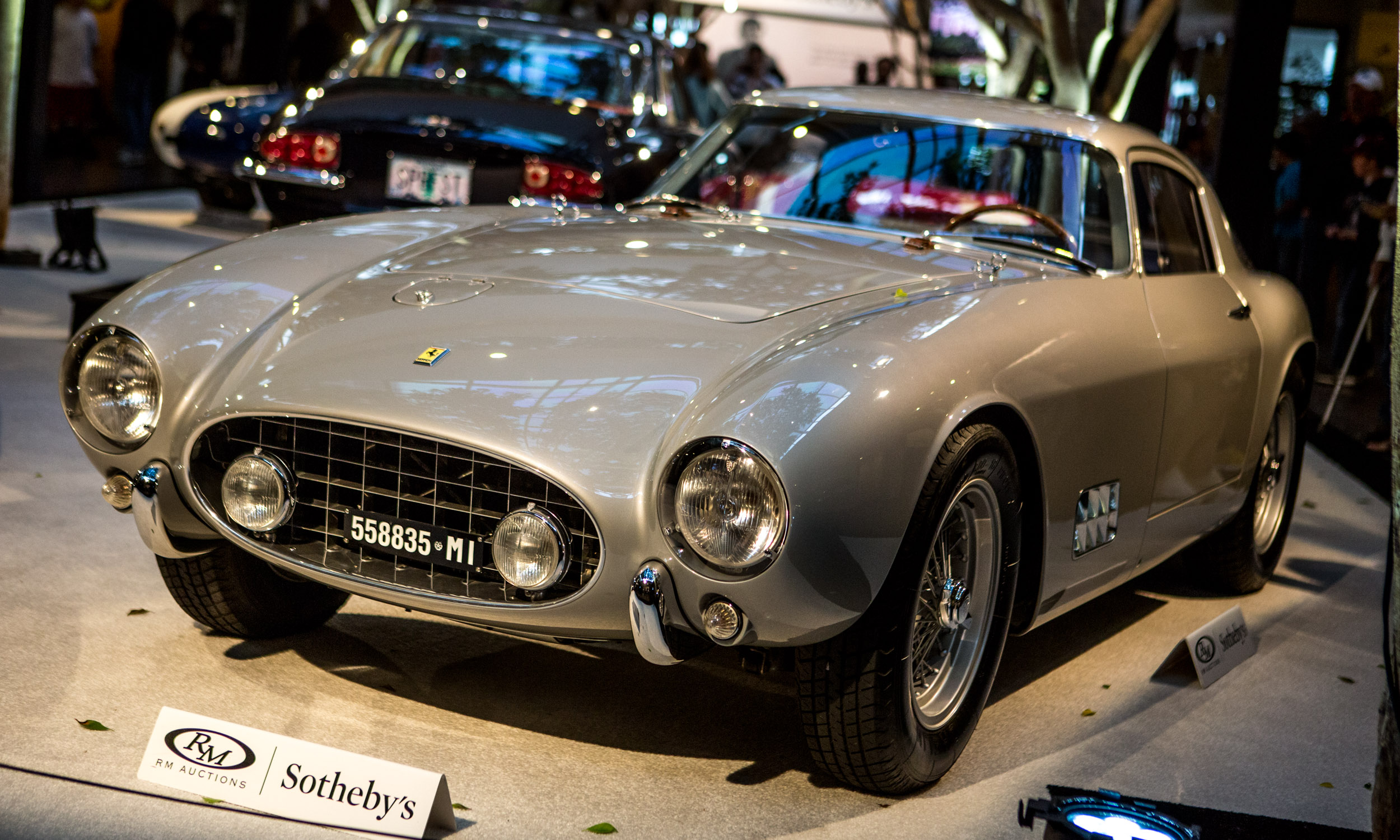 8. 1956 Ferrari 250 GT Berlinetta Competizione ‘Tour de France’ by Scaglietti
Sale Price: $5,720,000
Auction: RM Sotheby’s
The Ferrari 250 GT Berlinetta Competizione was incredibly successful in competition, but the grueling six-day Tour de France really showcased the capabilities of this new sports-racing car. The car shown here is part of the first series of nine TdFs built, and was delivered in Milan in April 1956. The car was restored to original condition in 2000 and has since been shown and driven at select events around the world. In 2006 the TdF was awarded third in class at the prestigious Pebble Beach Concours d’Elegance. 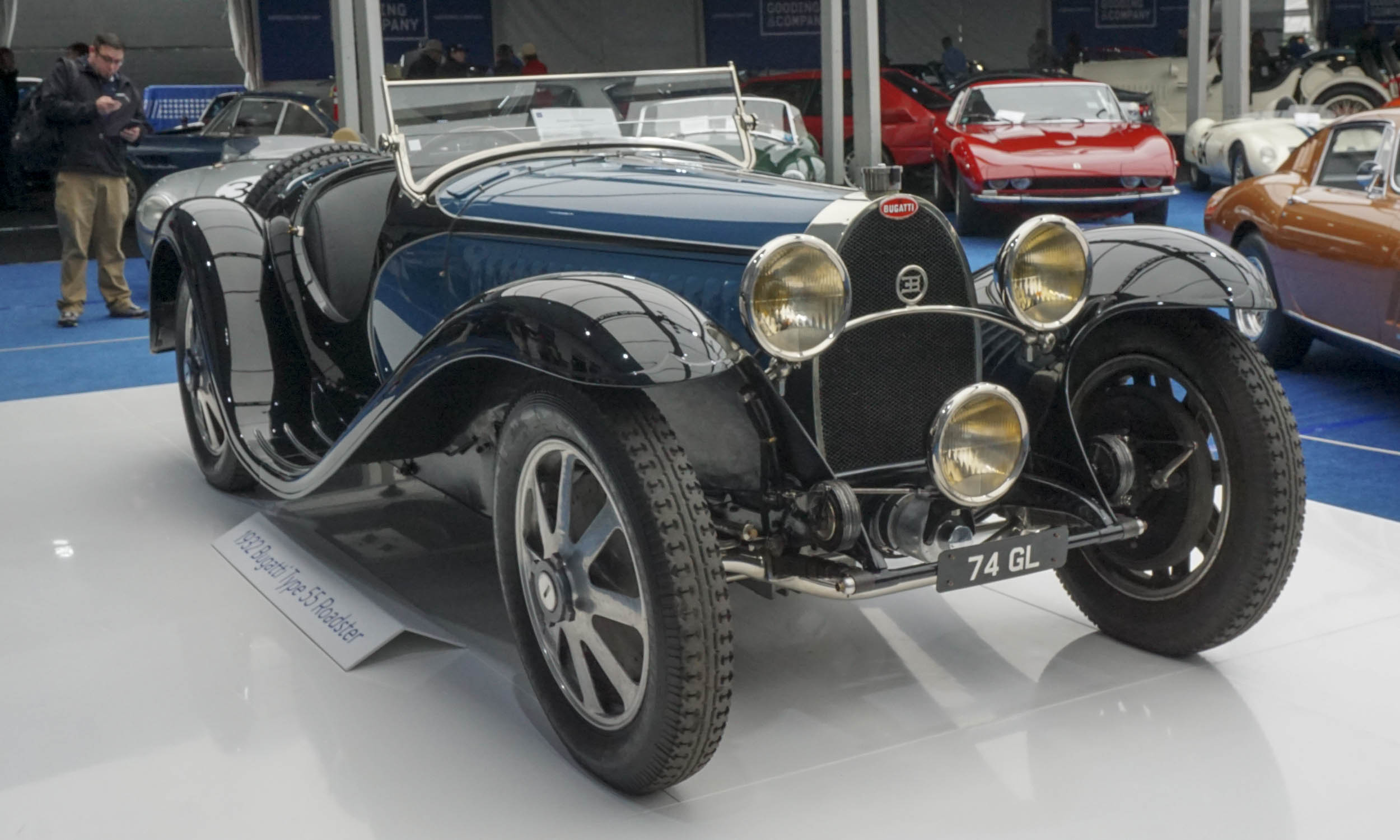 7. 1932 Bugatti Type 55 Roadster
Sale Price: $10,400,000
Auction: Gooding & Co.
Ettore Bugatti revolutionized the world of high-performance automobiles. He was among the first, in 1910, to recognize that performance could be improved by reducing weight instead of increasing engine size. A prime example of this is the Type 55. This roadster was completed in April 1932 and was fashioned with Jean Bugatti (Ettore’s son) Roadster coachwork, making it the second example ever built and the first completed that year. Noted Bugatti historian David Sewell inspected this car in 2006 and stated: “Overall this is a truly outstanding example of the highly sought-after Type 55 Jean Bugatti roadster. It retains most if not all of its original component parts with matching numbers throughout, including that of its coachwork . . . Accordingly, this car must surely rank amongst the very best of surviving Type 55 Bugattis, indeed it may well be the finest of them all.” 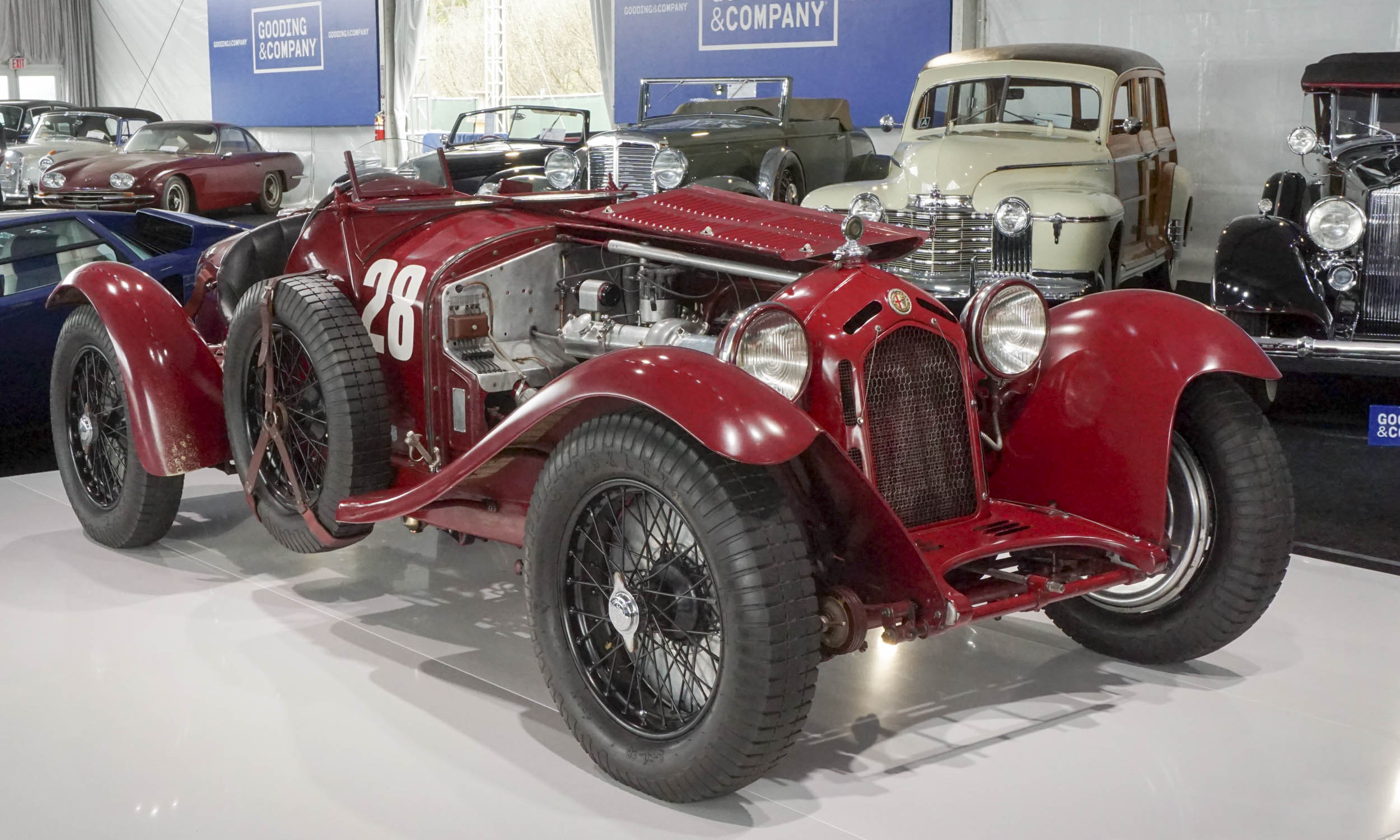 6. 1933 Alfa Romeo 8C 2300 Monza
Sale Price: $11,990,000
Auction: Gooding & Co.
Introduced in 1931, the Alfa Romeo 8C 2300 was the premier high-performance sports car of its day, carrying a powerful inline 8-cylinder engine with twin overhead camshafts and a gear-driven supercharger. This Alfa was first registered in Genova on August 10, 1933, and remained in the region for the next 17 years. During this period it was purchased by a succession of prominent Italian racing drivers and successfully campaigned for many years. Eventually purchased by an American engineer, the car came to America in 1954. Restored in the early 1980s, the Monza went on to have another racing career and is still in superb mechanical condition today. 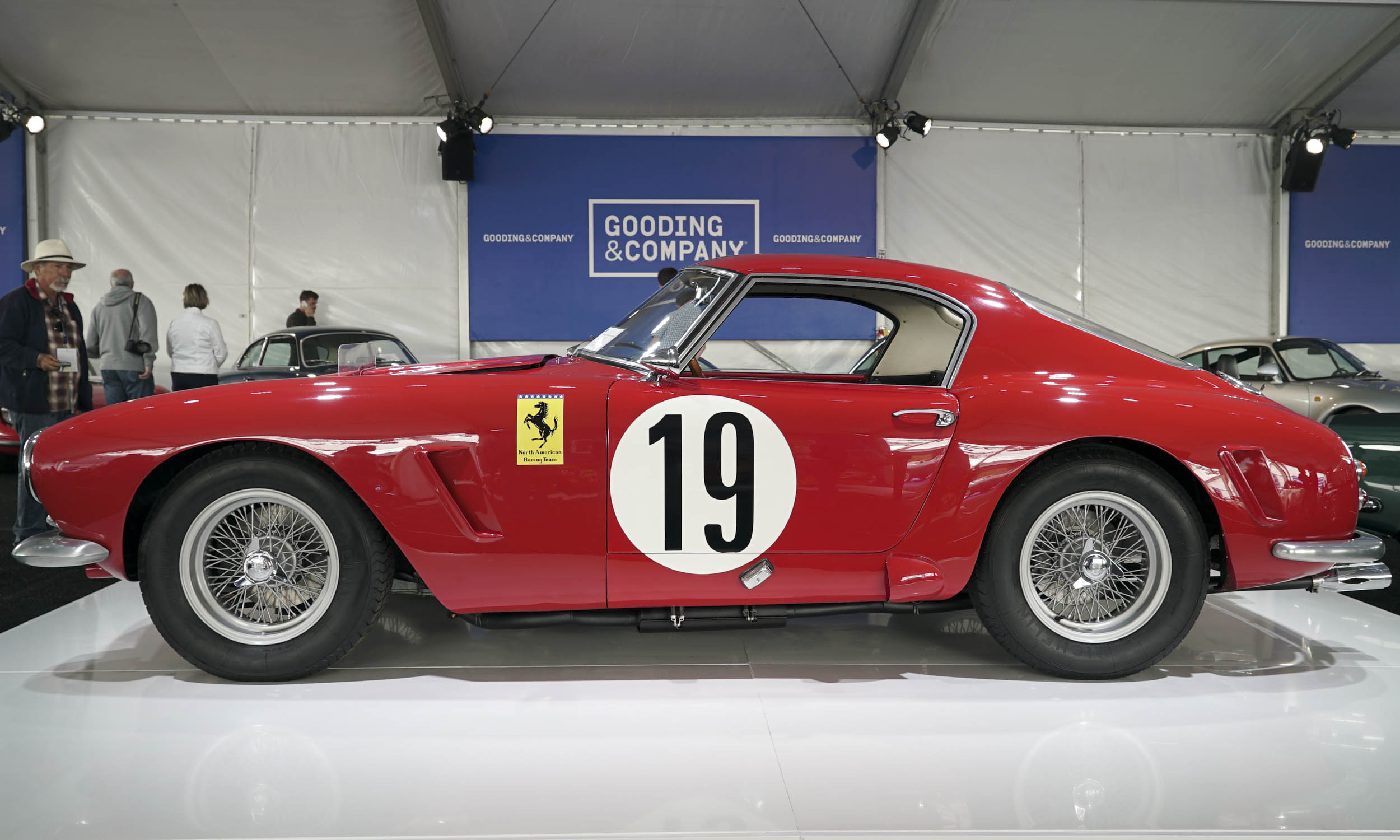 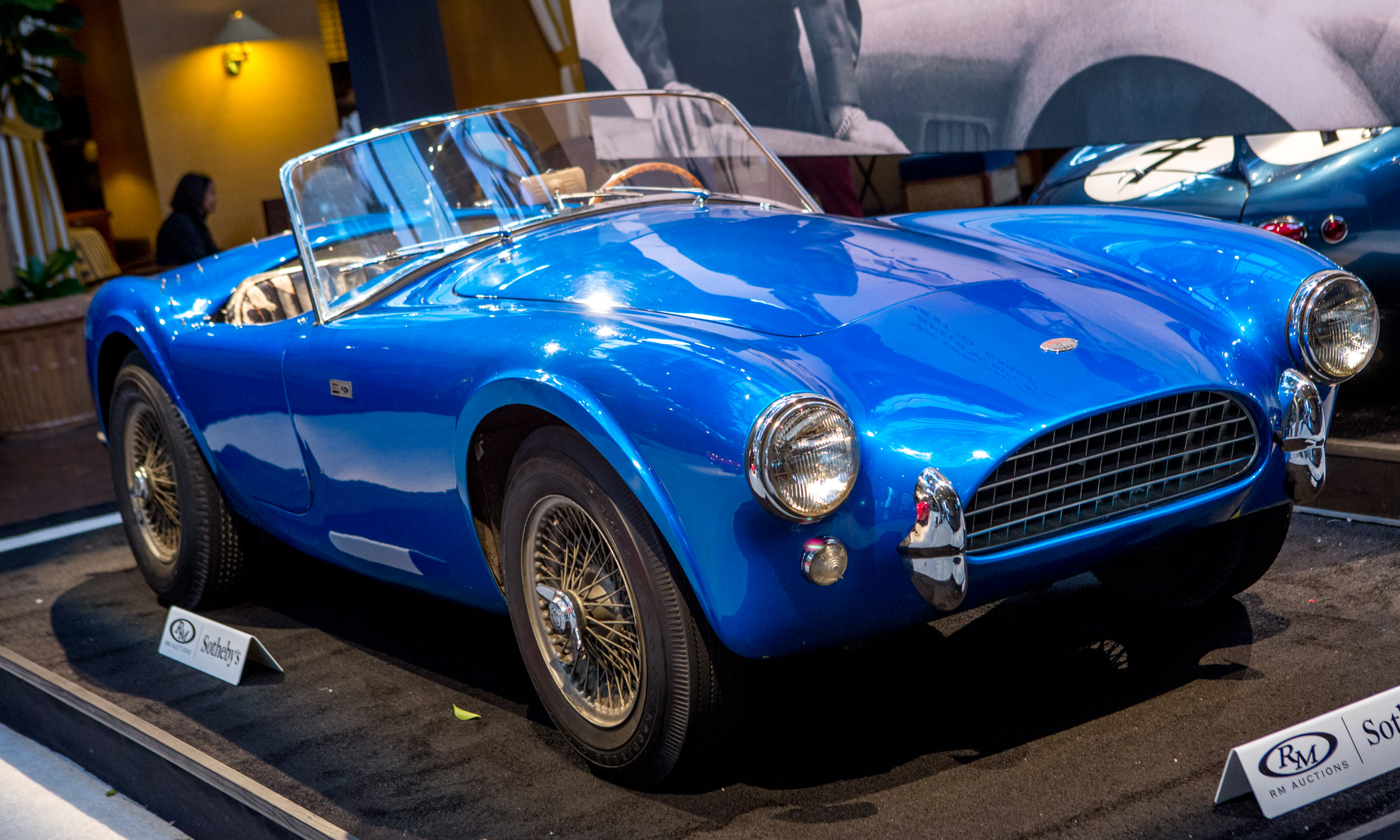 4. 1962 Shelby 260 Cobra “CSX 2000”
Sale Price: $13,750,000
Auction: RM Sotheby’s
The Shelby Cobra is one of the best known and most sought after America sports cars ever built, and this CSX 2000 is the very first example. Carroll Shelby took the A.C. Ace — a small British roadster — and fit a big American V8 engine under the hood. Performance was outstanding; 60 mph could be achieved in around 4 seconds, and rave reviews came in from every publication that had a chance to get behind the wheel. This car has remained in its original condition — never restored — and has always belonged to Carroll Shelby. When the gavel fell at RM Sotheby’s, it was the first time this car had ever been sold, and it now claims the title as the highest price ever paid for an American car. 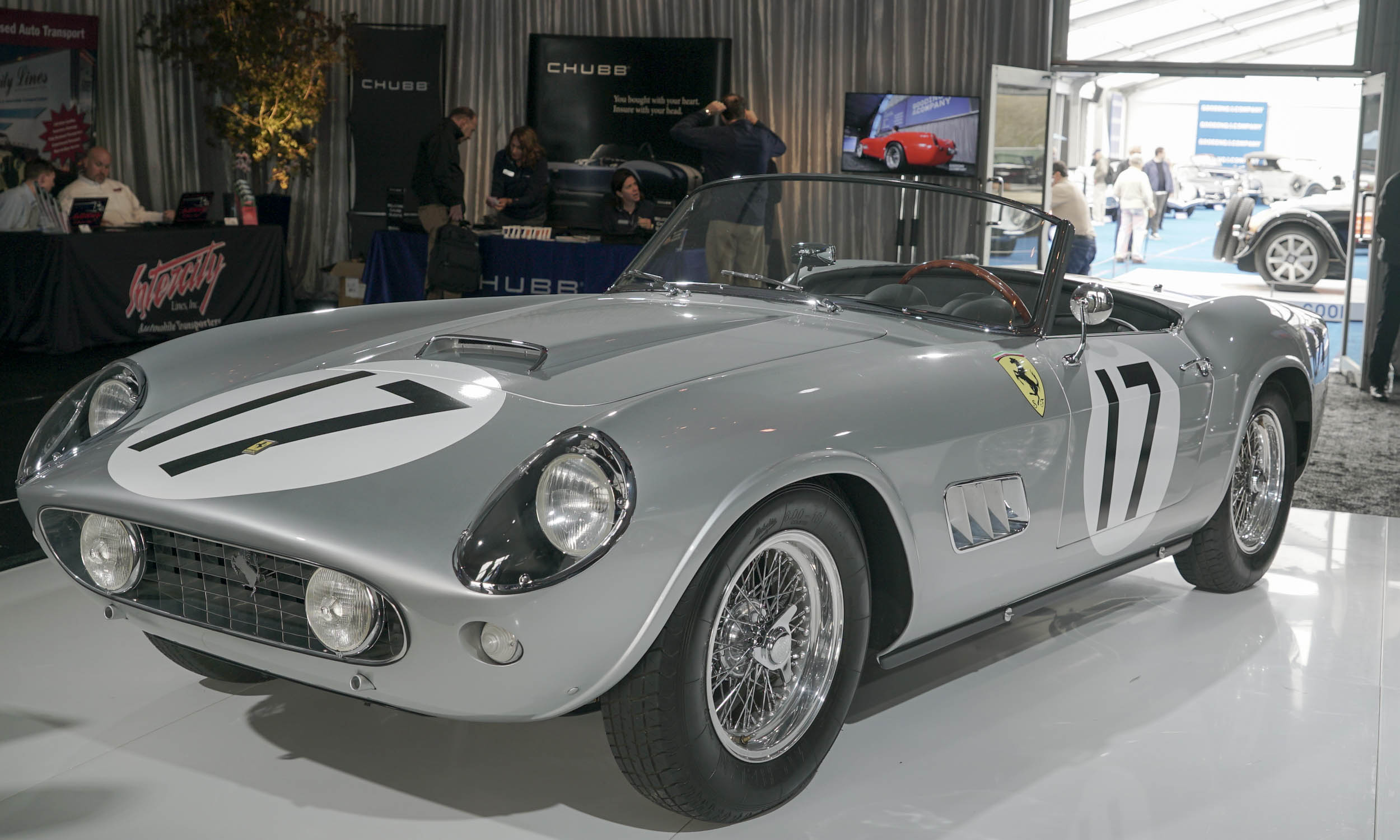 3. 1959 Ferrari 250 GT LWB California Spider Competizione
Sale Price: $18,150,000
Auction: Gooding & Co.
The Ferrari 250 California Spider is easily one of the most recognizable and beloved sports cars of all time. Typically built as a sports car, a small number were built in race-ready trim. Only nine LWB California Spiders were originally constructed with alloy coachwork, and of those an even smaller number left the factory with competition features — this was one of those models. Completed on November 23, 1959, the car shown here was one of the last LWB (long wheelbase) California Spiders every produced. According to Gooding, “Considering its incredible rarity, superb racing record, and faultless presentation, this alloy-bodied California Spider is surely among the greatest Ferrari competition cars and, quite possibly, the ultimate open 250 GT.” 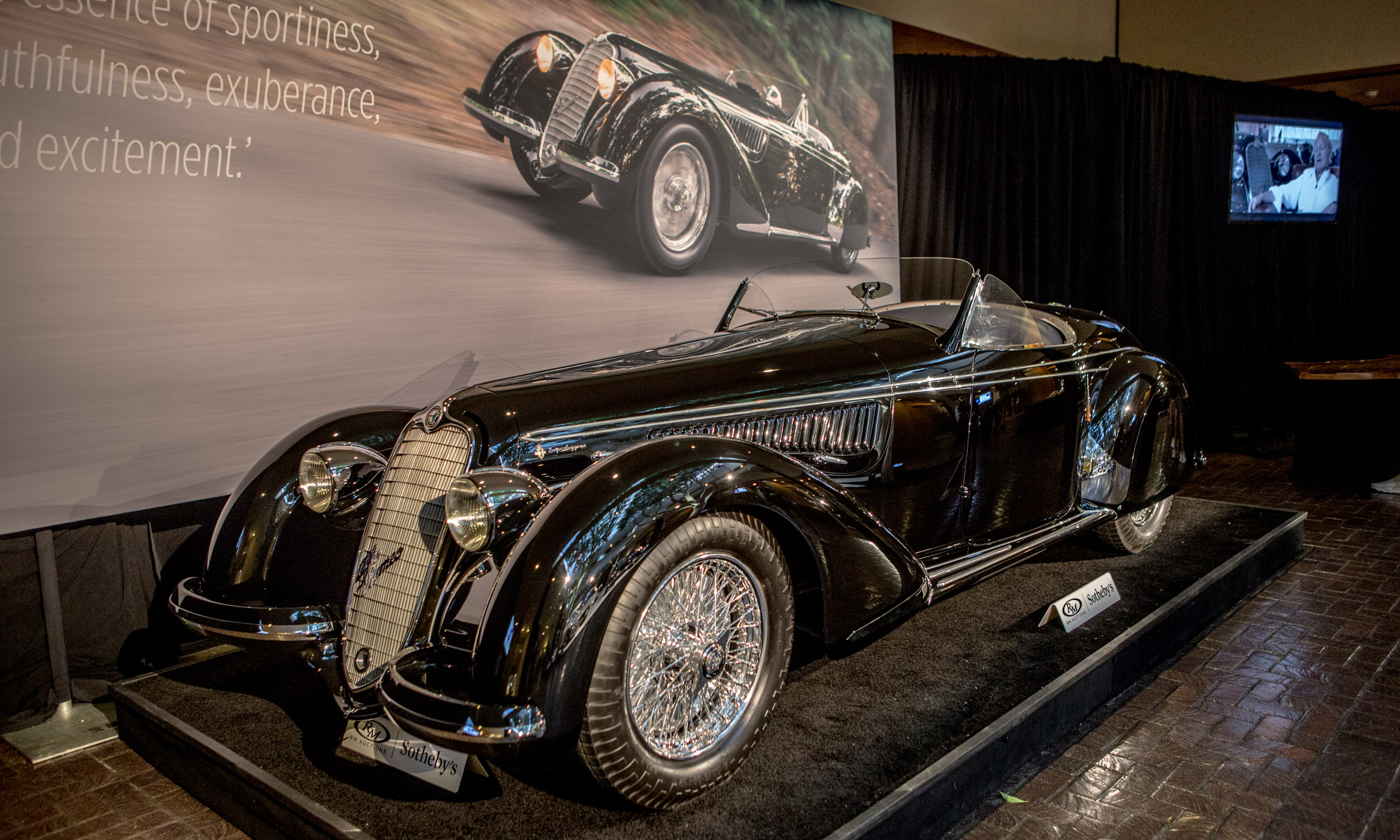 2. 1939 Alfa Romeo 8C 2900B Lungo Spider by Touring
Sale Price: $19,800,000
Auction: RM Sotheby’s
In its time the Alfa 8C 2900 was one of the most luxurious sports cars available. According to RM Sotheby’s, “The 8C 2900 was not a mere sports car, but the most advanced, modern, and compelling sports car that money could buy. Each wheel carried independent suspension; its Vittorio Jano-designed straight-eight engine was two alloy banks of four cylinders, with not only dual overhead camshafts, but two Roots-type superchargers, as well. As exciting and dramatic as the 2.9 chassis itself was, they benefitted from the addition of some of the most sensuous and well-balanced coachwork of the pre-war era.” 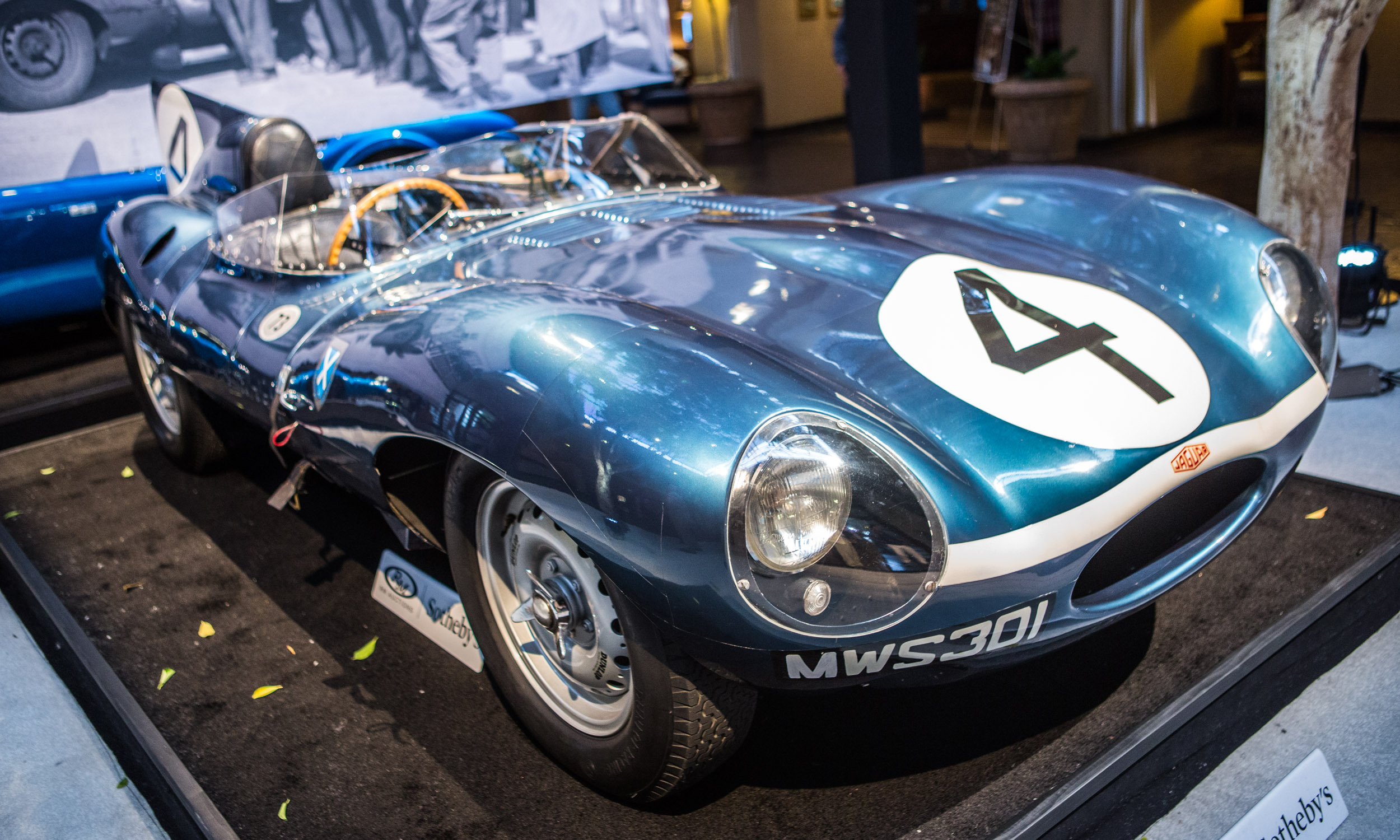 1. 1955 Jaguar D-Type
Sale Price: $21,780,000
Auction: RM Sotheby’s
The 24 Hours of Le Mans is one of the most prestigious endurance races in the world, and this Jaguar D-Type — XD 501 — is the actual car that won that grueling race in 1956. According to RM Sotheby’s, this is the only LeMans-winning D-Type that has survived intact and remains original to what it was when it crossed the finish line at the Circuit de la Sarthe. Only two private owners have had possession of this legendary car — the most recent holding onto it for the last 16 years. According to the auction literature, this D-Type is “Not merely a significant and markedly well-preserved D-Type, nor a star in the forefront of important racing Jaguars, XKD 501 can inarguably be held among the most historic British sports cars ever made.”