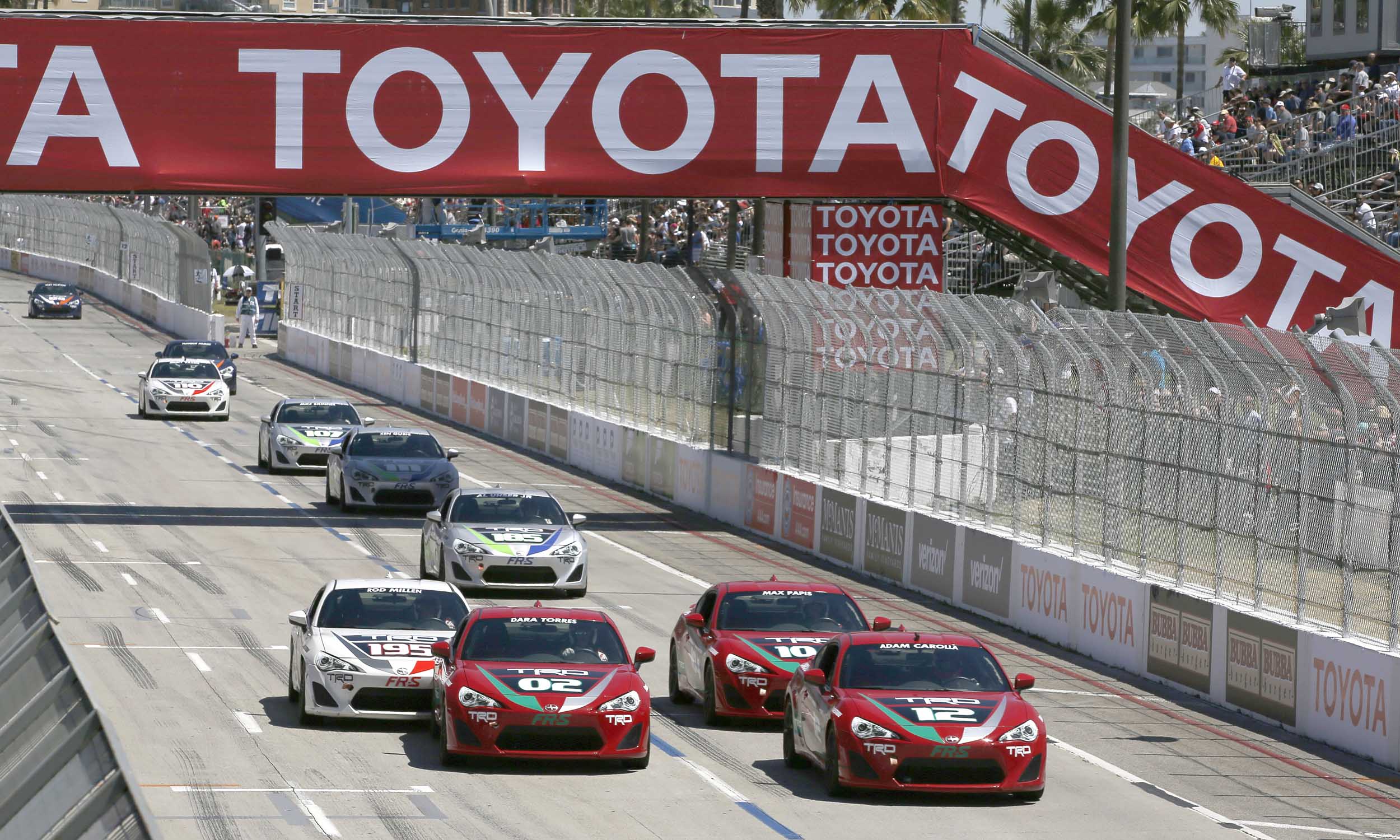 © Courtesy of Toyota Racing
Celebrity Race
On Saturday, April 16, celebs from TV, movies and sports took to the streets of Long Beach along with pro drivers from the racing world in specially-prepared Scion FR-S cars for the 40th and final Toyota Grand Prix of Long Beach Pro/Celebrity Race. The yearly event raises money for children’s hospitals and occurs the day before the Toyota Grand Prix of Long Beach IndyCar race on the streets of Southern California. Alfonso Ribeiro, the host of “America’s Funniest Home Videos,” won from his eighth starting position. 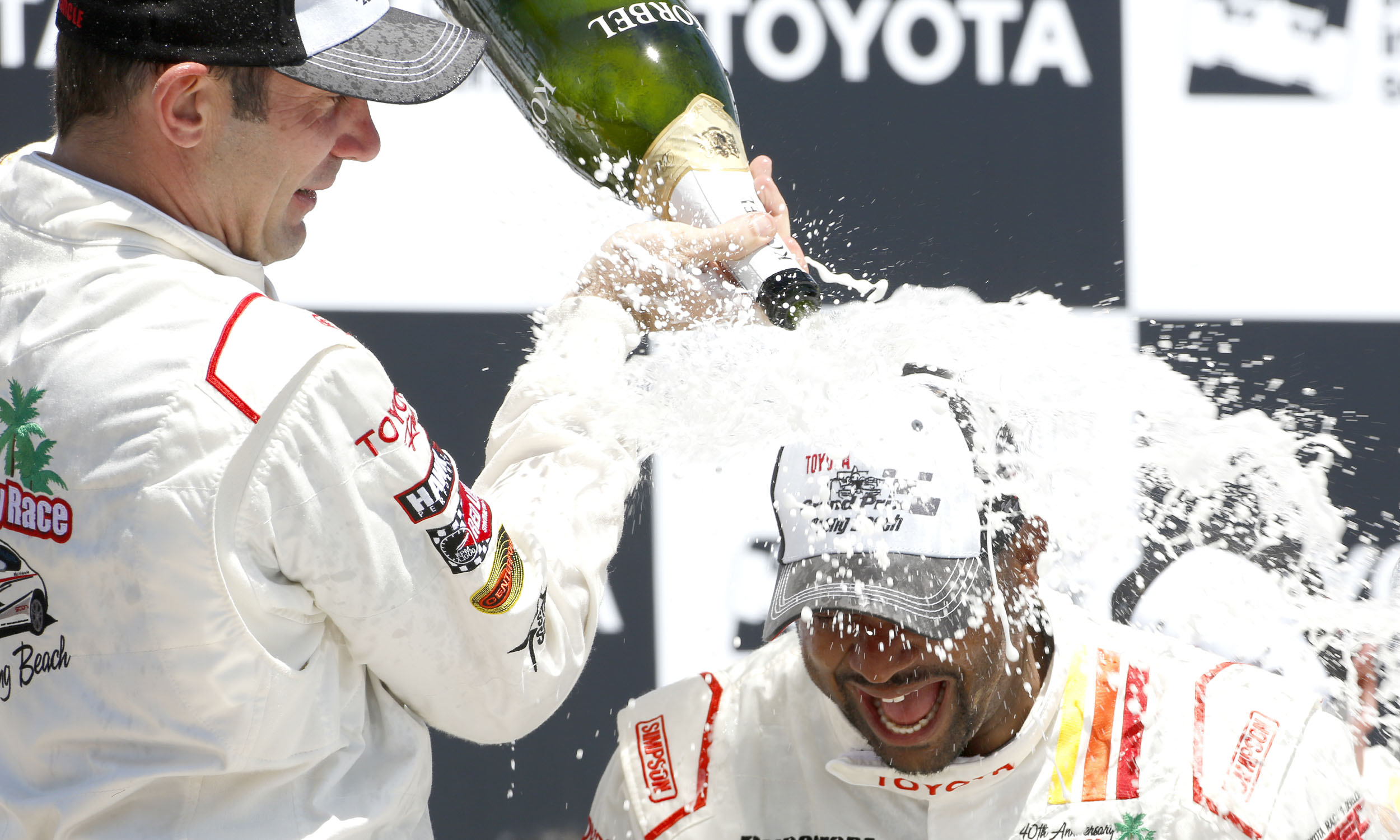 © Courtesy of Toyota Racing
Alfonso Ribeiro
In addition to “America’s Funniest Home Videos,” Ribeiro is also the host of “Unwrapped 2.0” on the Cooking Channel, but is best known for his role as Carlton from the ‘90s sitcom, “The Fresh Prince of Bel Air.” The actor also won the Mirror Ball trophy two years ago on “Dancing with the Stars.” Ribeiro, now a four-time winner, won last year in his triumphant return to the Toyota Grand Prix of Long Beach Pro/Celebrity Race after a 19-year hiatus following his wins in 1994 and 1995. 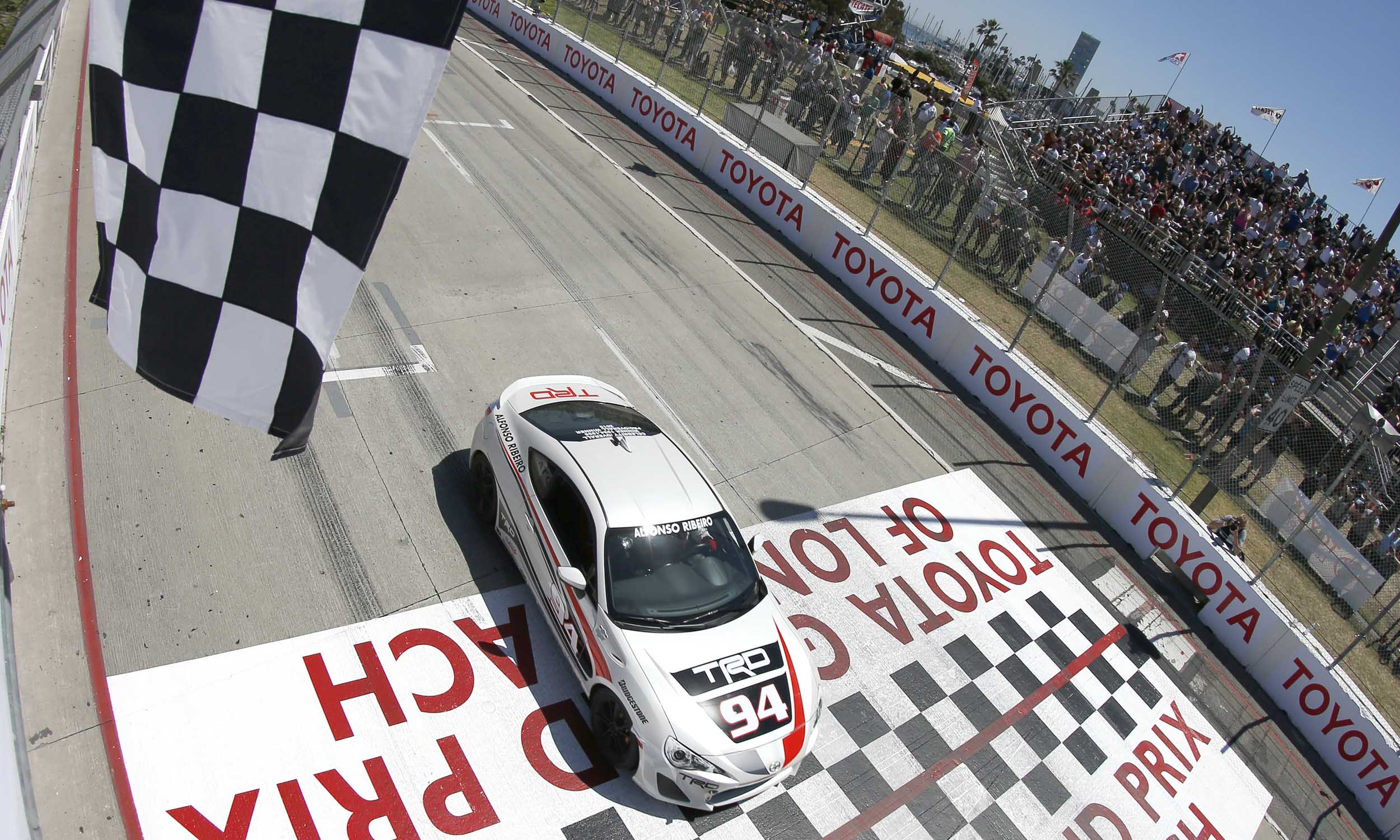 © Courtesy of Toyota Racing
Previous Winners Return
This year for the 40th and final Toyota Grand Prix of Long Beach Pro/Celebrity Race, organizers brought back many former race winners, with 18 of the 20 drivers in the field previous champions. In the past the race was divided into two groups for the start with the “Celebrity” drivers starting at the front, based on qualifying speed and the “Pro” drivers starting 30 seconds behind the last driver in the first group. Since this year’s field was almost entirely “Pros,” the split start format was abandoned. 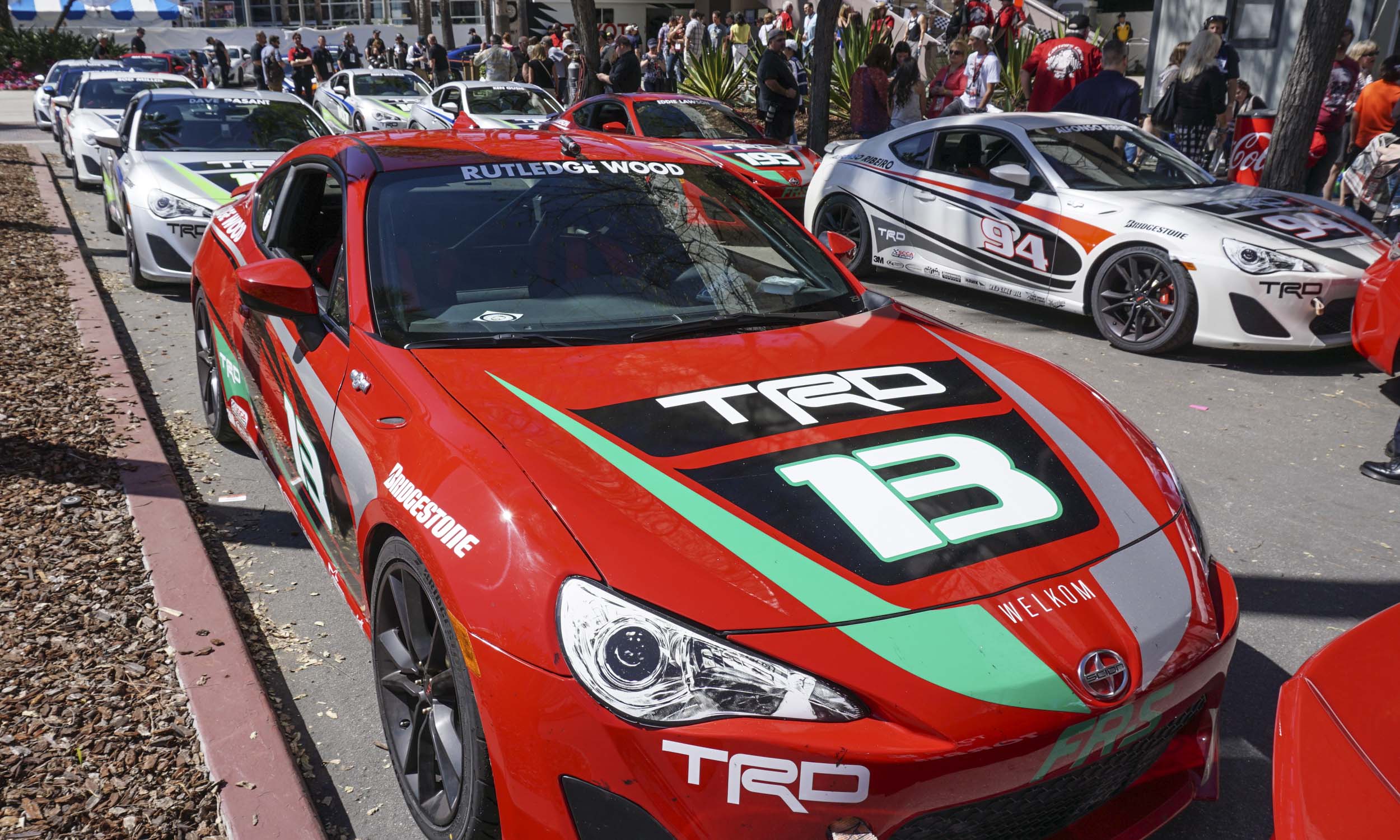 © Mike Meredith, Automotive Content Experience
Miller Children’s Hospital Visit
Toyota contributed $5,000 to Racing for Kids in the name of each participant for a total of $100,000, and an additional $5,000 to Fresh Start Surgical Gifts on behalf of Ribeiro. Fresh Start Surgical Gifts is a national nonprofit program benefiting infants, children and teens with physical deformities caused by birth defects, accidents, abuse or disease — providing funds for the gift of reconstructive surgery. Racing For Kids drivers visit hospitals wherever they race, so the Pro/Celebrity drivers visited Miller Children’s Hospital in Long Beach. 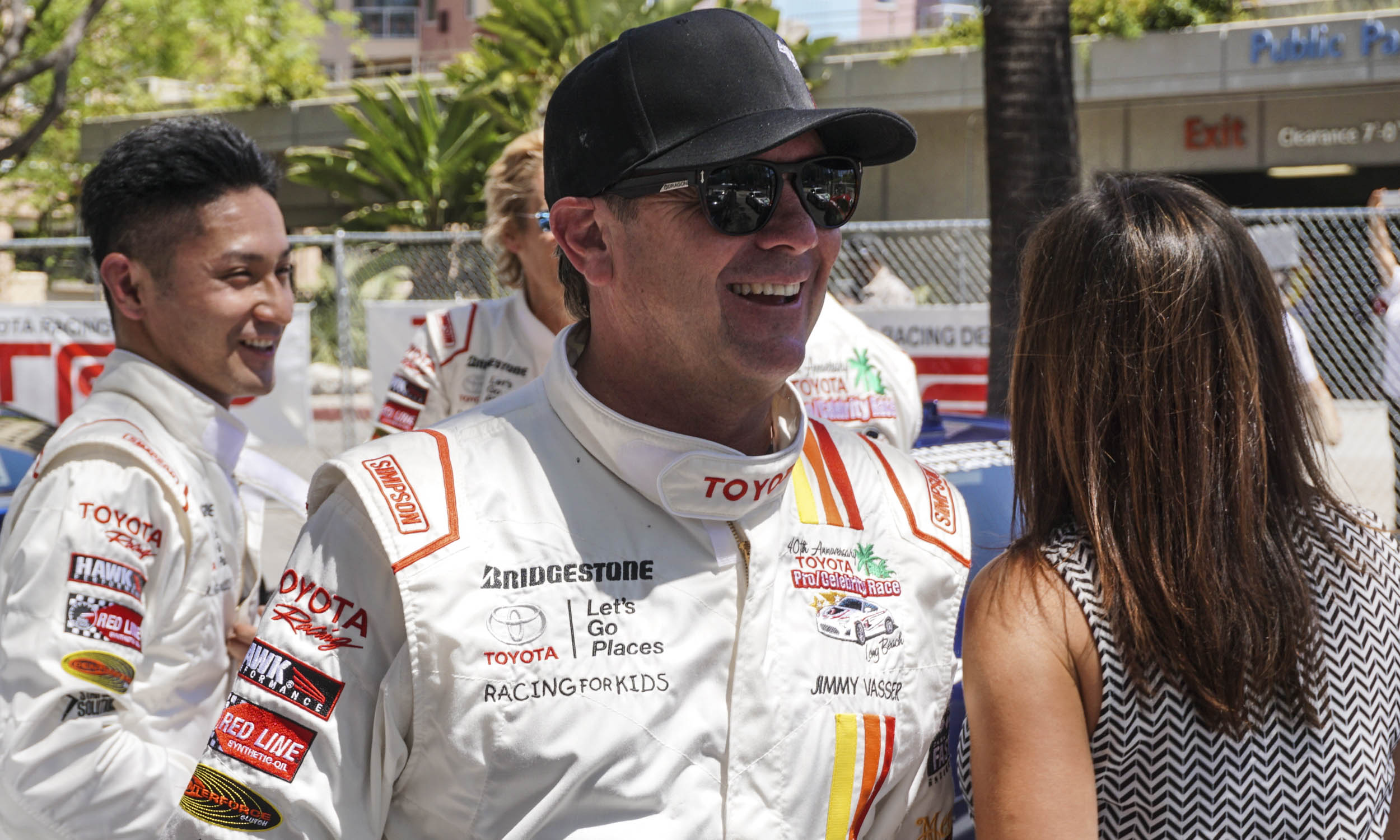 © Mike Meredith, Automotive Content Experience
Vasser Fastest in Qualifying
Jimmy Vasser, the 1996 IndyCar World Series Champion, a current IndyCar team owner and the Pro/Overall winner in 2010, set the fastest time in qualifying, presumably earning pole position for the start of the race. But following qualifying, race organizers announced that the grid would be inverted — a procedure common in dirt-track Sprint Car racing where the fastest cars start at the back and the slowest cars start at the front. 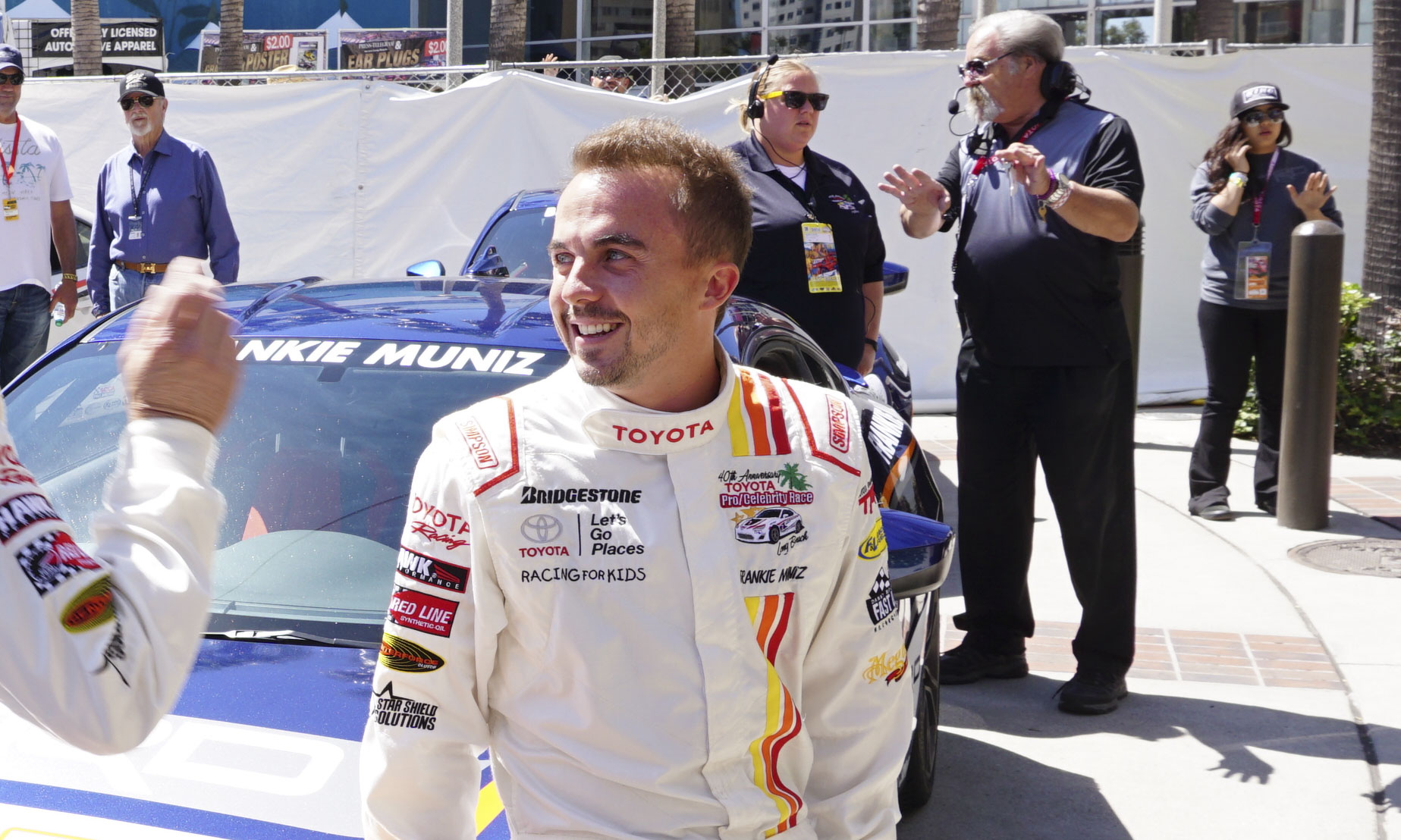 © Mike Meredith, Automotive Content Experience
Muniz Moved to Back
Frankie Muniz, celebrity winner in 2005 and best known for his role in “Malcolm in the Middle,” was the second-fastest qualifier, so he was moved to the back of the grid along with Vasser. Muniz starred in the movies “Agent Cody Banks” and “My Dog Skip,” but he is also a fast driver, holding off Al Unser, Jr. who was third fastest in qualifying. Unser is called “King of the Beach” with six IndyCar winner and three Pro/Celeb wins at Long Beach. 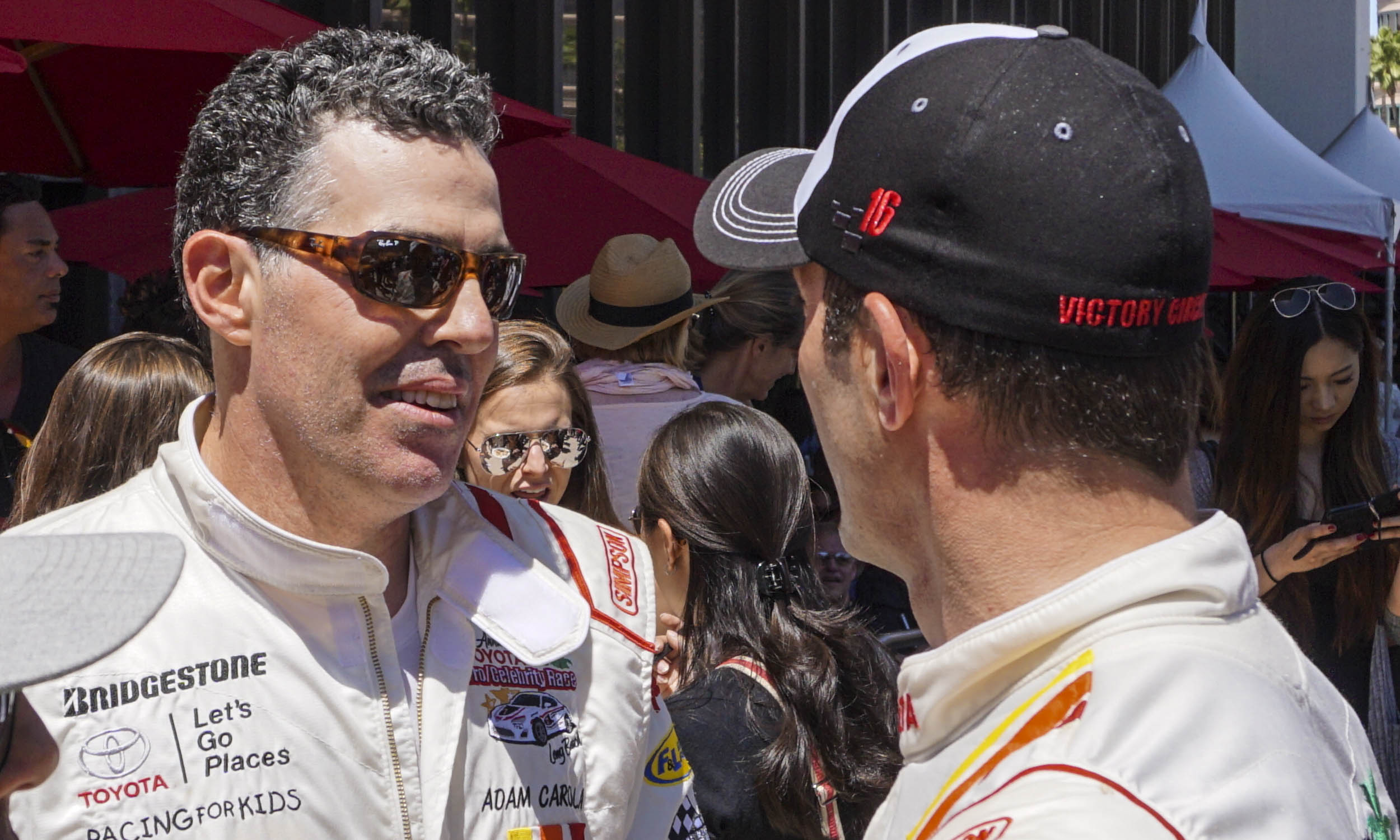 © Mike Meredith, Automotive Content Experience
Carolla Takes the Lead
When the green flag dropped, with the fastest drivers starting from the back of the grid, the field spread out five-wide on Shoreline Boulevard heading toward Turn 1. Adam Carolla, Overall winner in 2012 and Pro winner in 2013, took the lead in Turn 1 from his fourth starting position, followed by Dara Torres who passed Carolla for the lead before the end of the first lap. Torres, a 12-time Olympic medalist and the Celebrity/Overall winner in 2002, was also the only female driver in this year’s field. 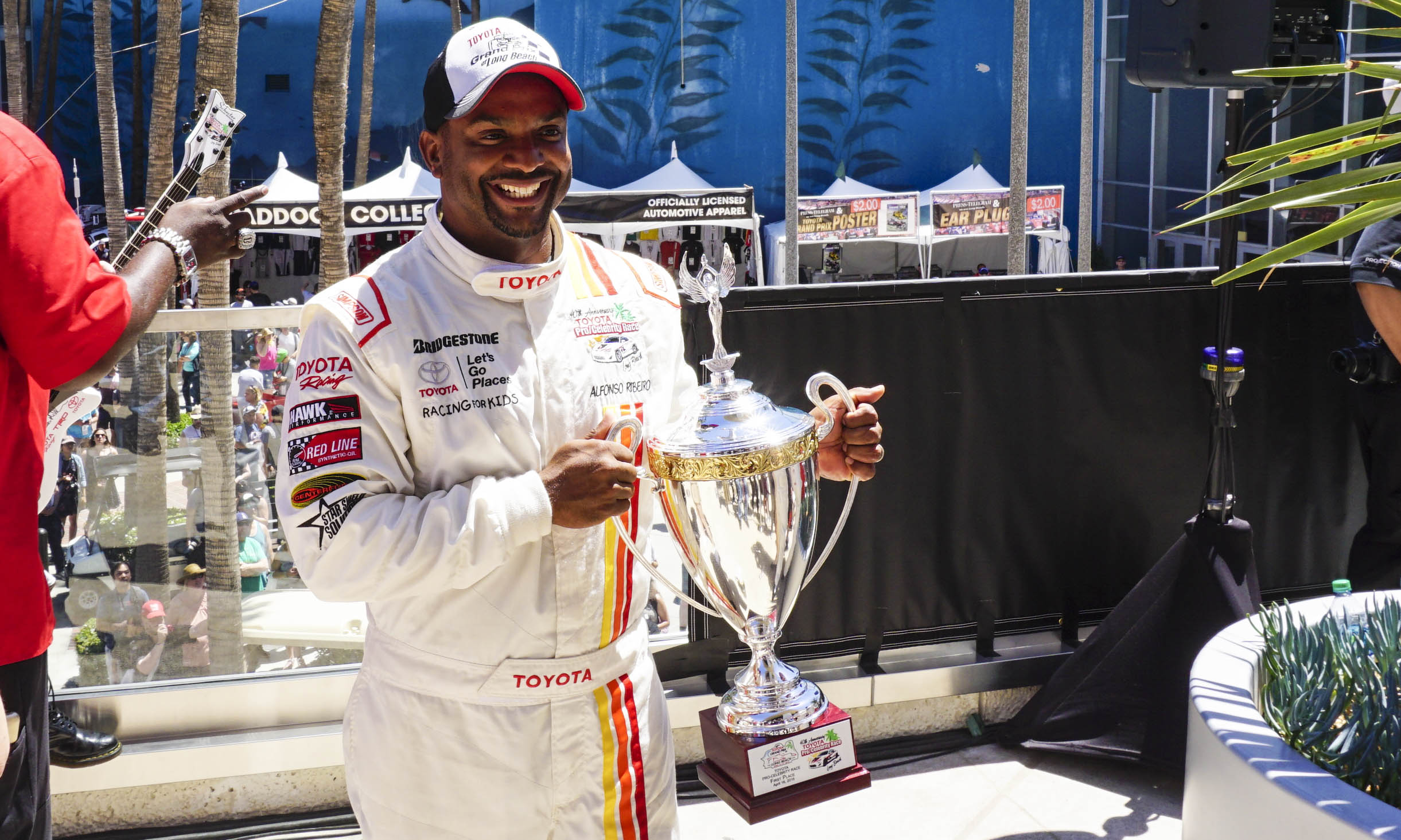 © Mike Meredith, Automotive Content Experience
Ribeiro Moves Up
Taking advantage of the inverted grid, Ribeiro moved up from his eighth starting position to third on the first lap and took the lead on the second lap. Rod Millen, five-time Pikes Peak Unlimited class winner and veteran rally driver, started ninth and moved into fourth by the end of the second lap behind Ribeiro, Carolla and Torres. Max Papis, veteran sports car driver with three Champ Car wins, qualified fifth fastest but started 15th with the inverted grid. Papis moved to the front with Unser behind Millen by the fourth lap and chased Ribeiro for the lead. 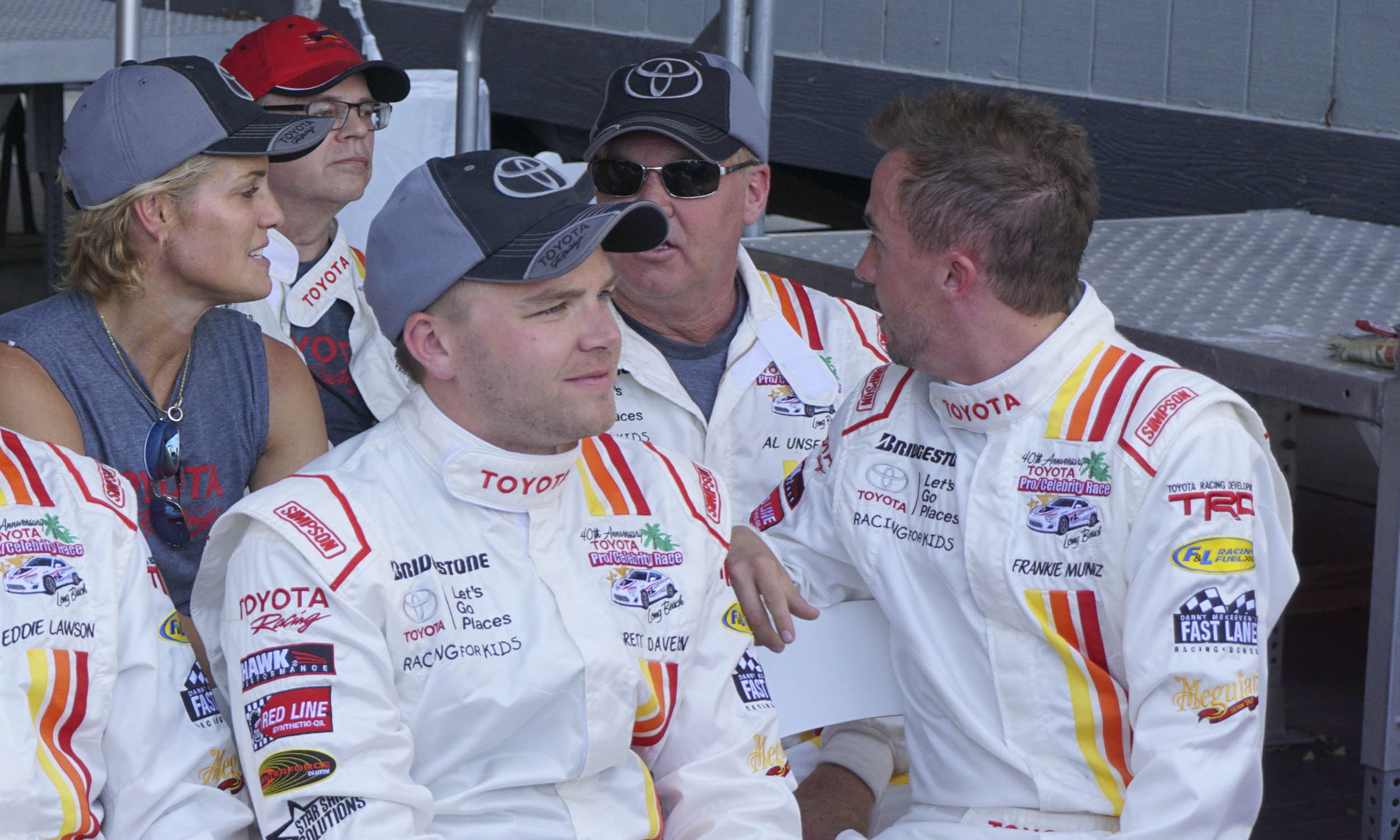 © Mike Meredith, Automotive Content Experience
Davern Clips Wall
Brett Davern, who stars as Jake Rosati in MTV’s hit series “Awkward,” was the Celebrity/Overall winner in 2014 and qualified seventh fastest behind NASCAR veteran Mike Skinner, who was the 1995 NASCAR Camping World Truck Series champion and the 1997 Sprint Cup Rookie of the Year. Davern started 14th and on the fourth lap he hit the tires and was then hit by Bob Carter, the senior vice president of automotive operations for Toyota Motor Sales, U.S.A., and one of two rookies in the field. Sean Patrick Flanery, Celebrity/Overall winner in 1997, Pro/Overall winner in 1998 and fourth fastest qualifier behind Unser, was racing to the front from his 16th starting position when he hit Carter’s stationary car, causing a red-flag stop of the race.

© Courtesy of Toyota Racing
Race Resumes
When the race started again under the green flag on Lap 6, Papis moved up to fourth, passing Millen. Papis continued to push forward, followed by Unser, as they moved to second and third behind Ribeiro by Lap 9. Unser missed a shift, allowing Millen back into third position where he finished behind Ribeiro and Papis in the final podium spot. 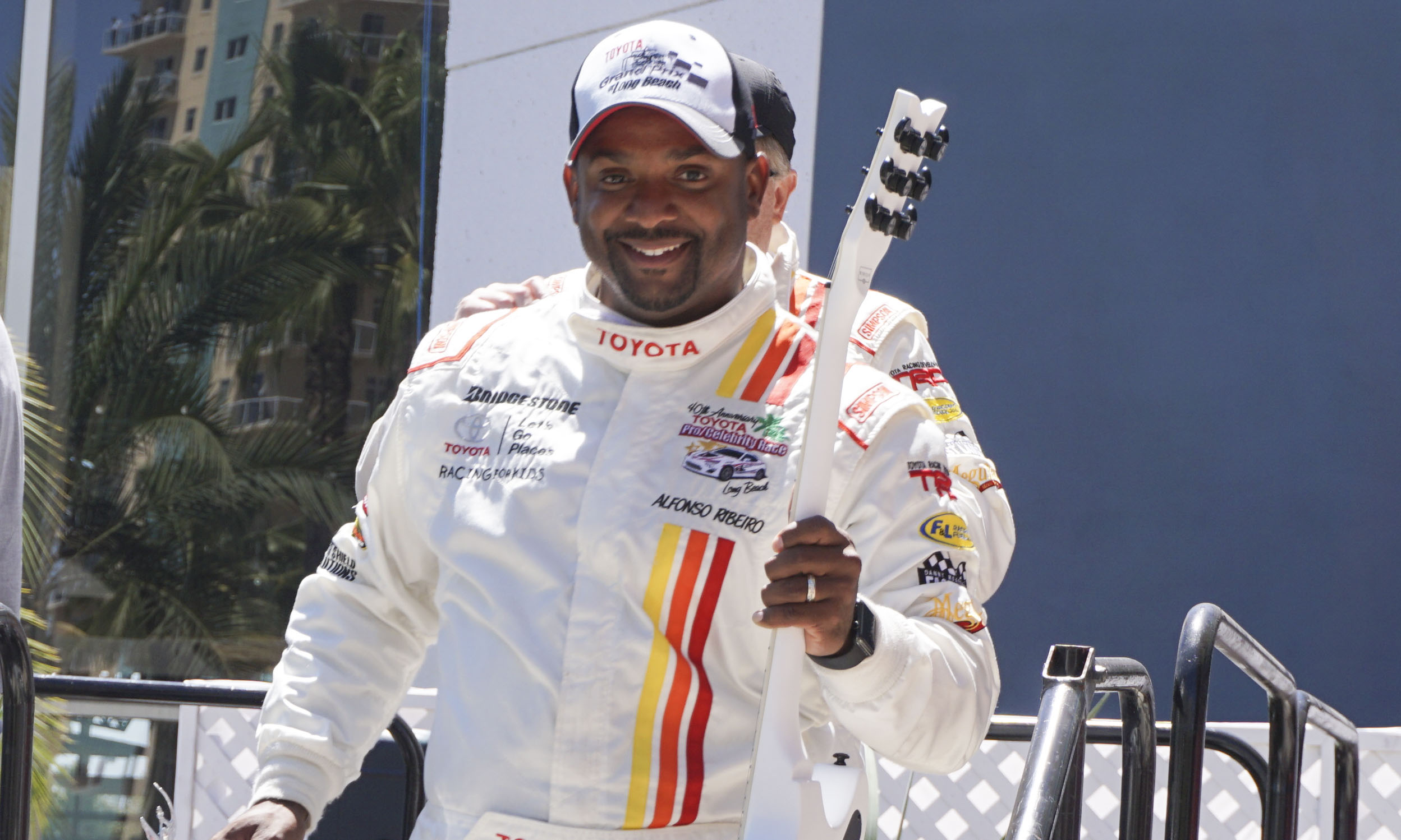 DSC09557_2500
Ribeiro Repeats
After a disappointing qualifying attempt on Friday, Ribeiro was able to take advantage of his eighth starting position to take the lead by the second lap. Ribeiro was able to hold off the challenge from racing veterans Papis, Unser and Millen to take his fourth Long Beach Pro/Celebrity title in the final race. 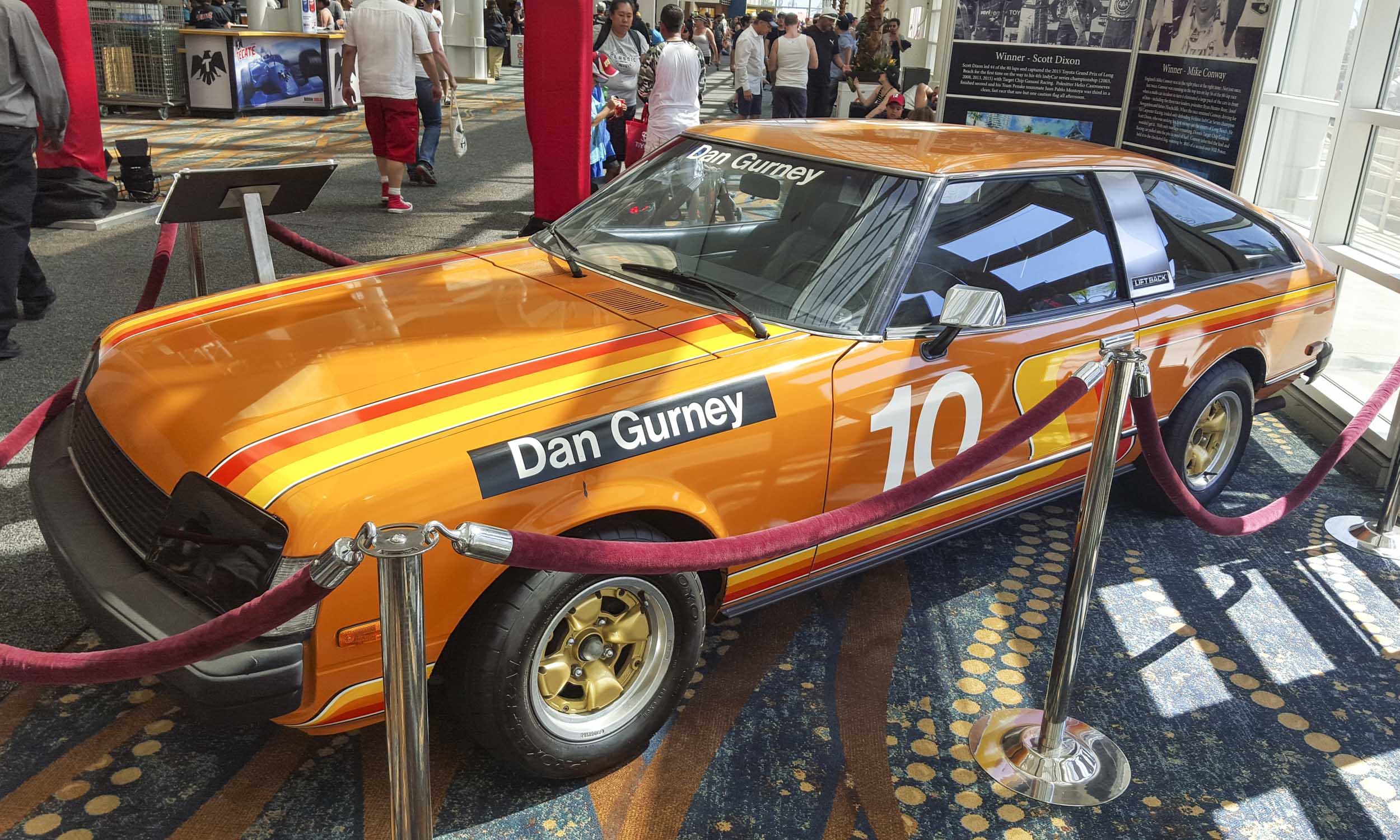 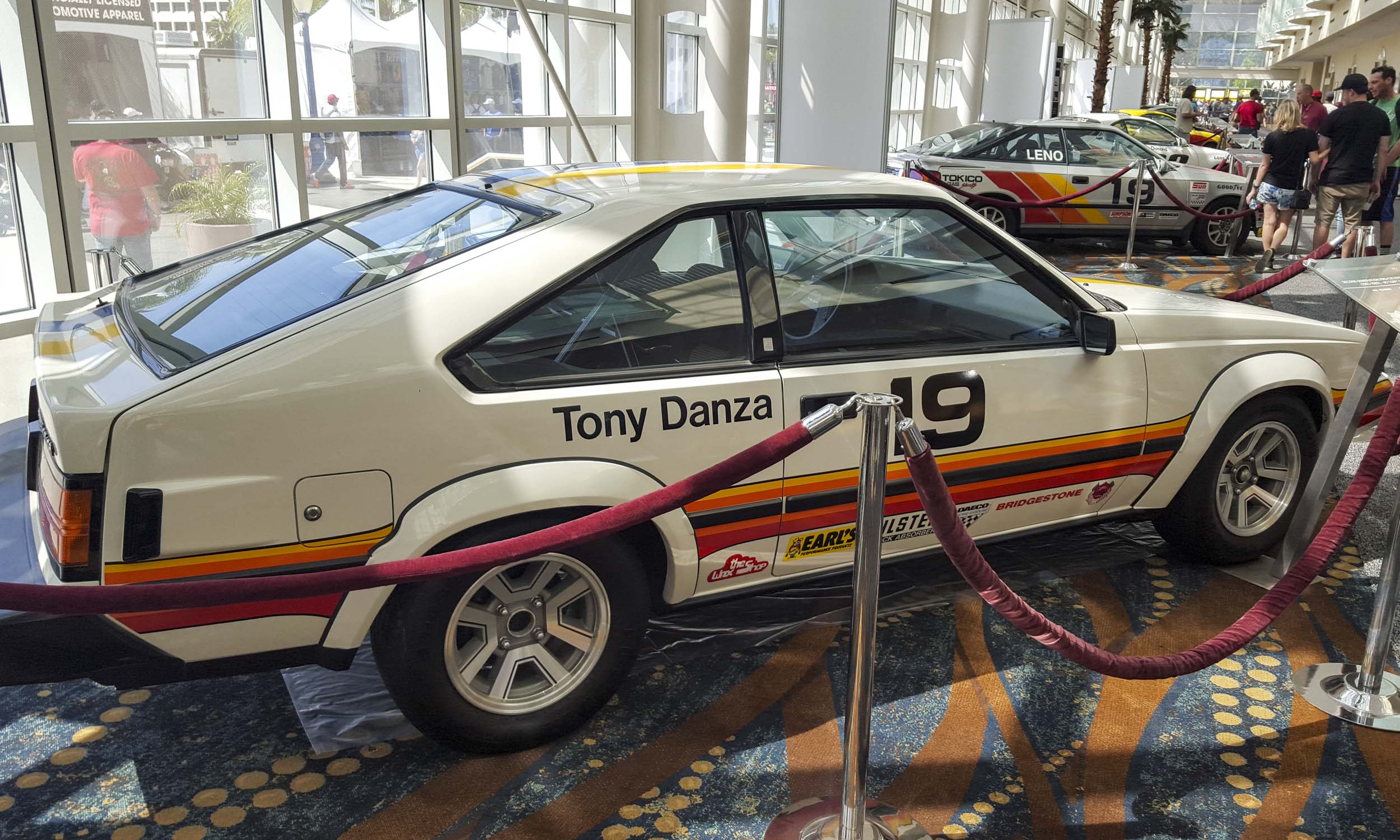 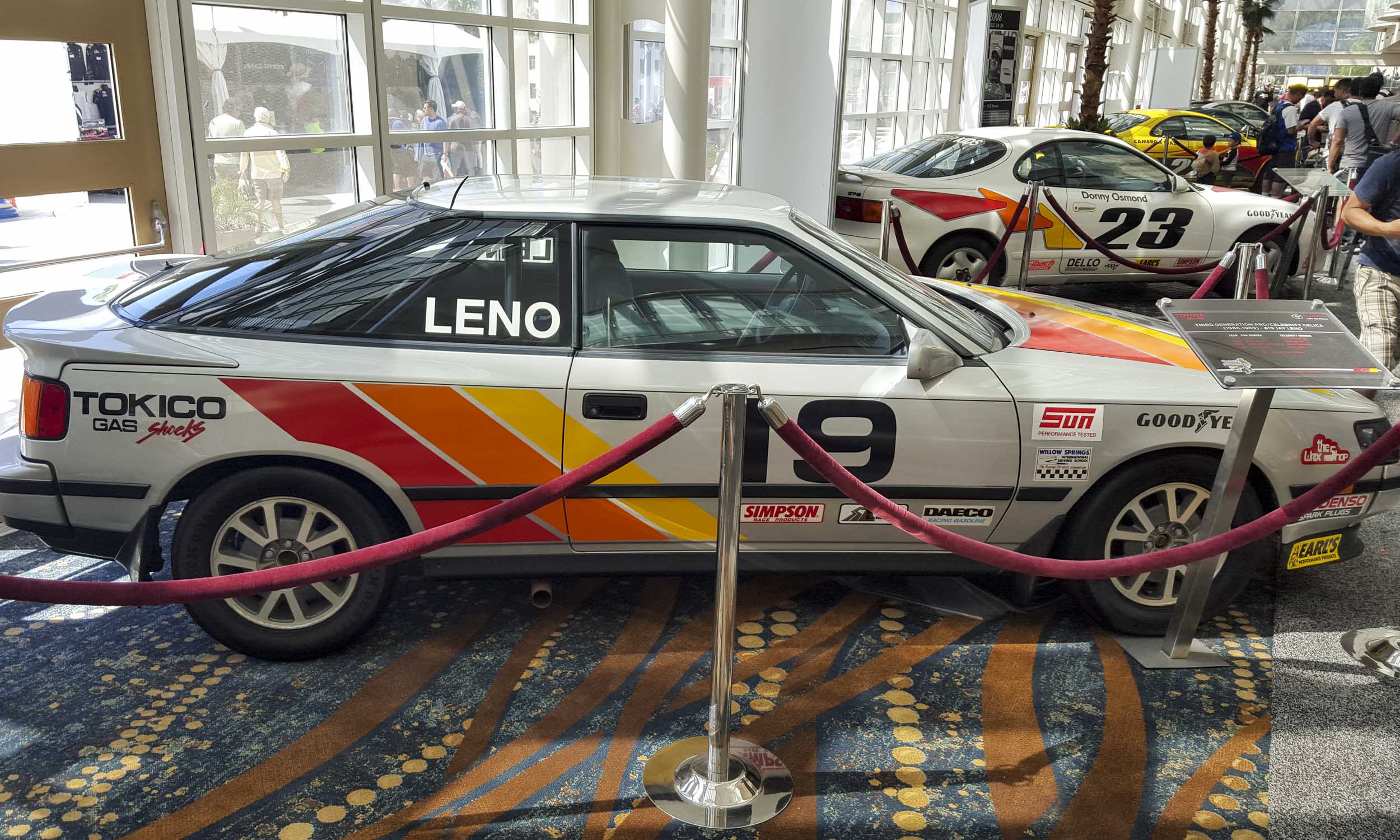 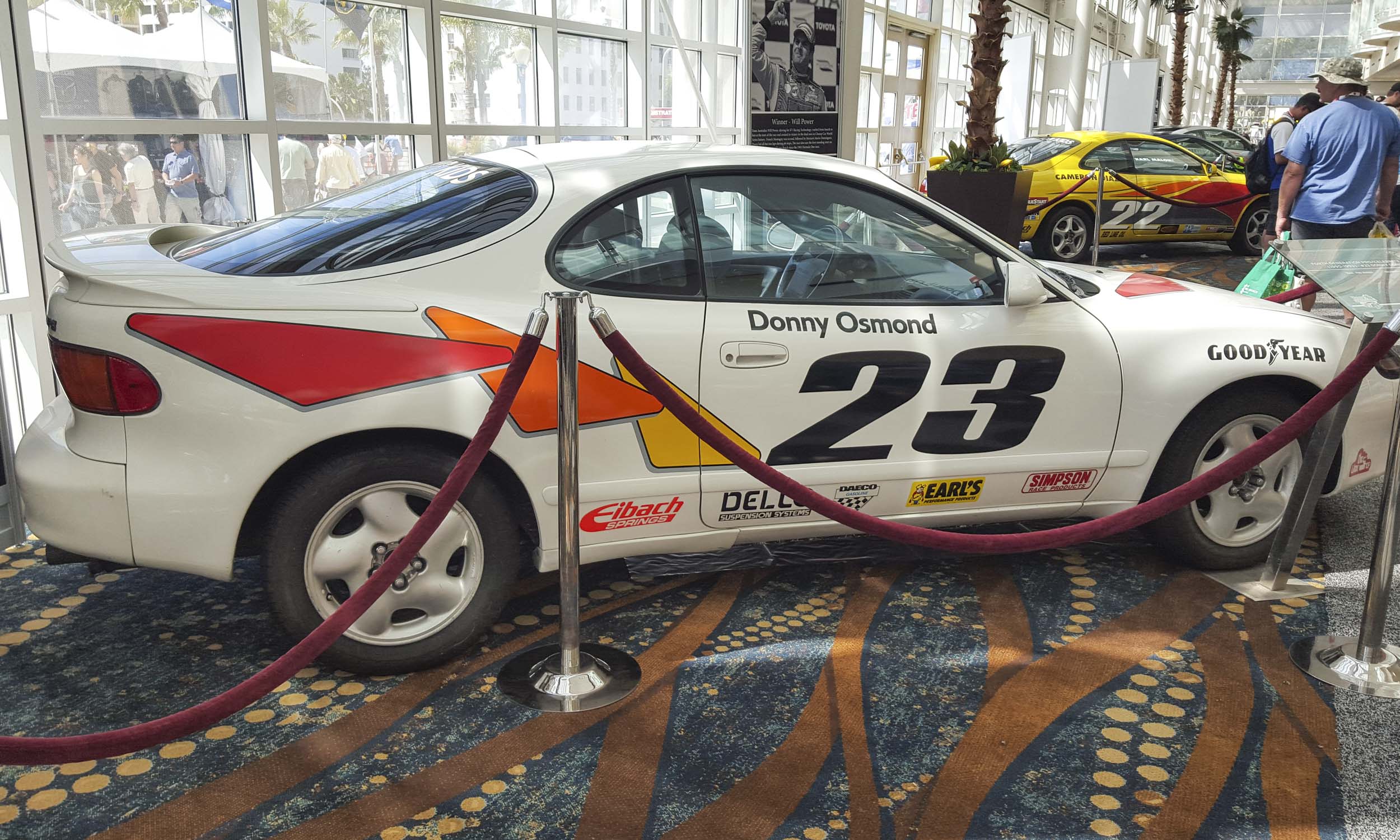 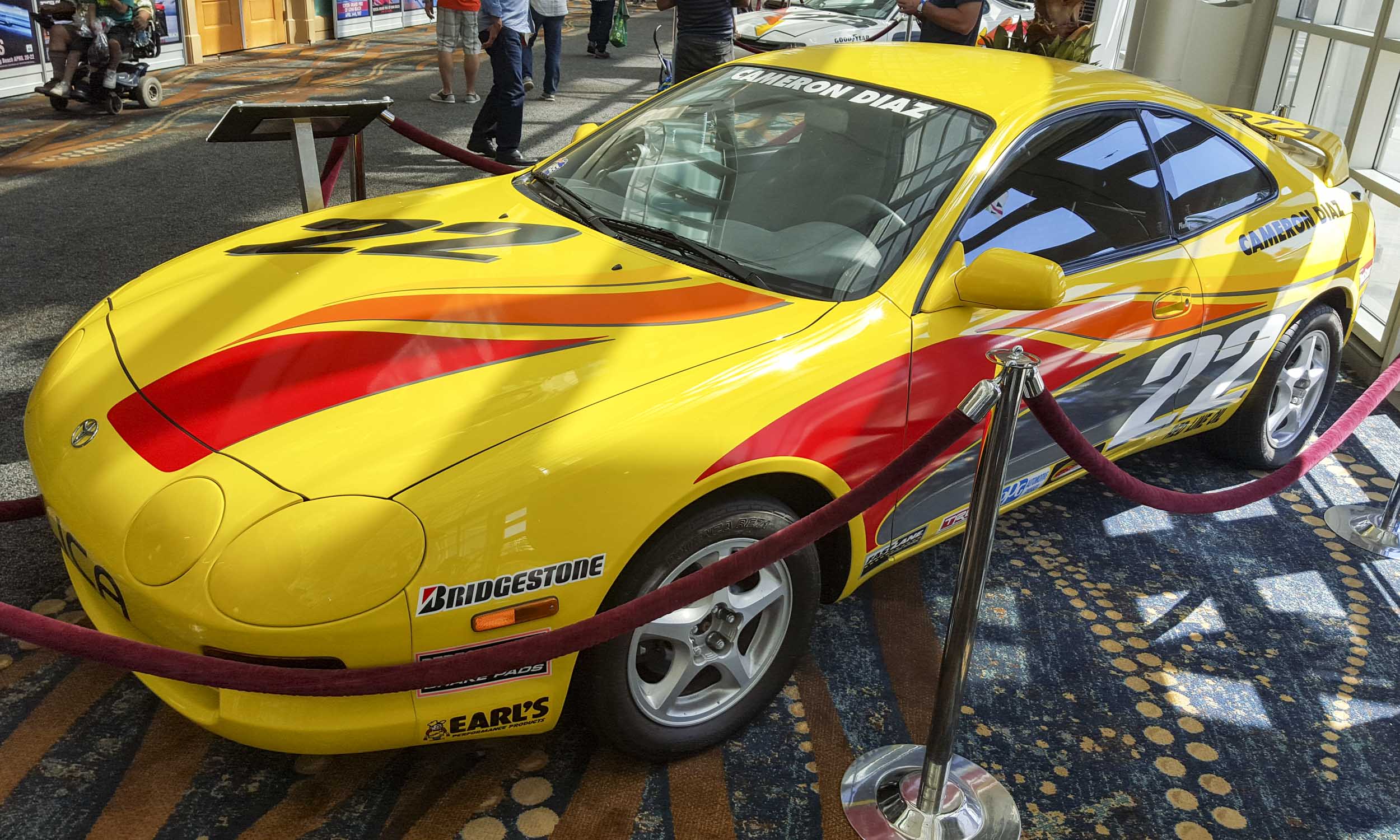 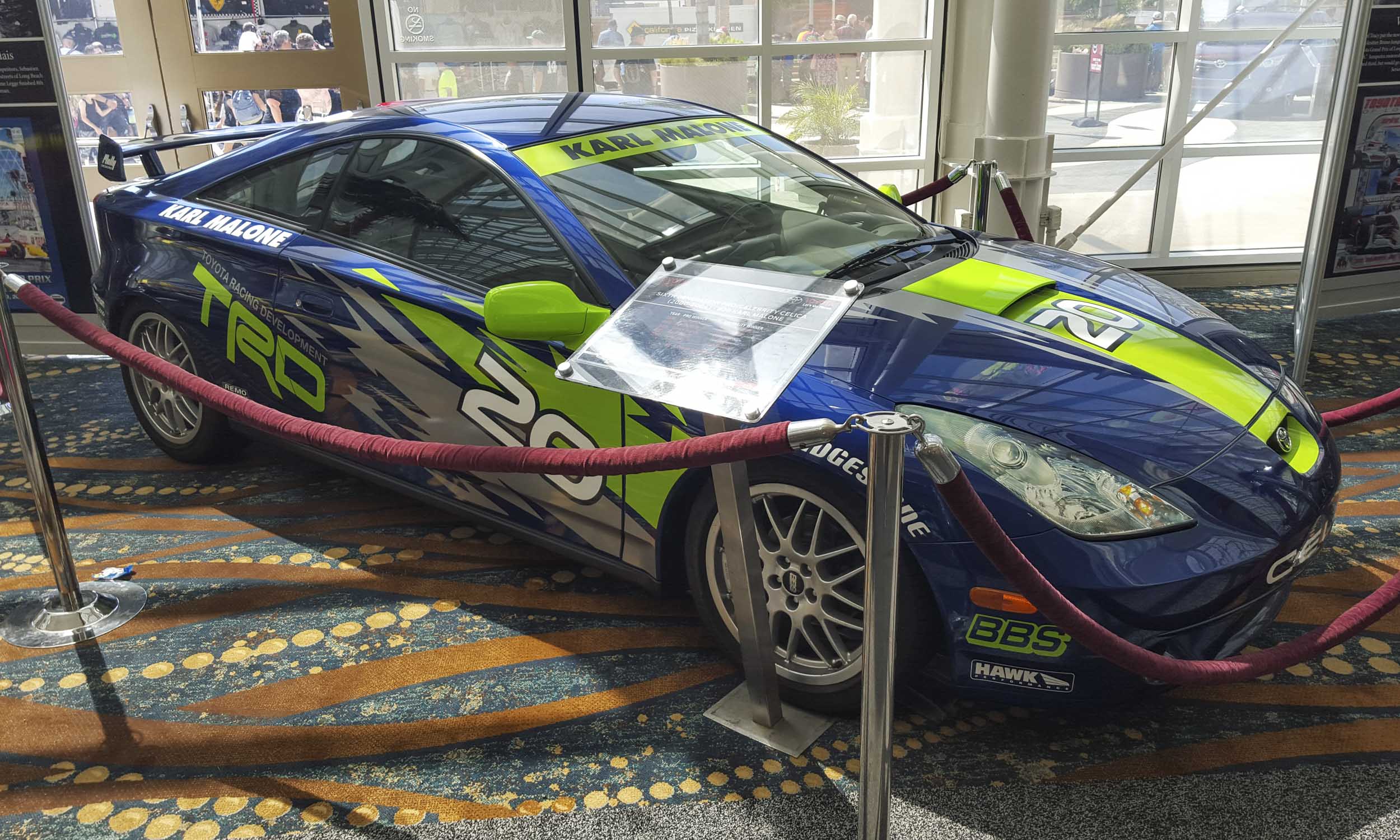 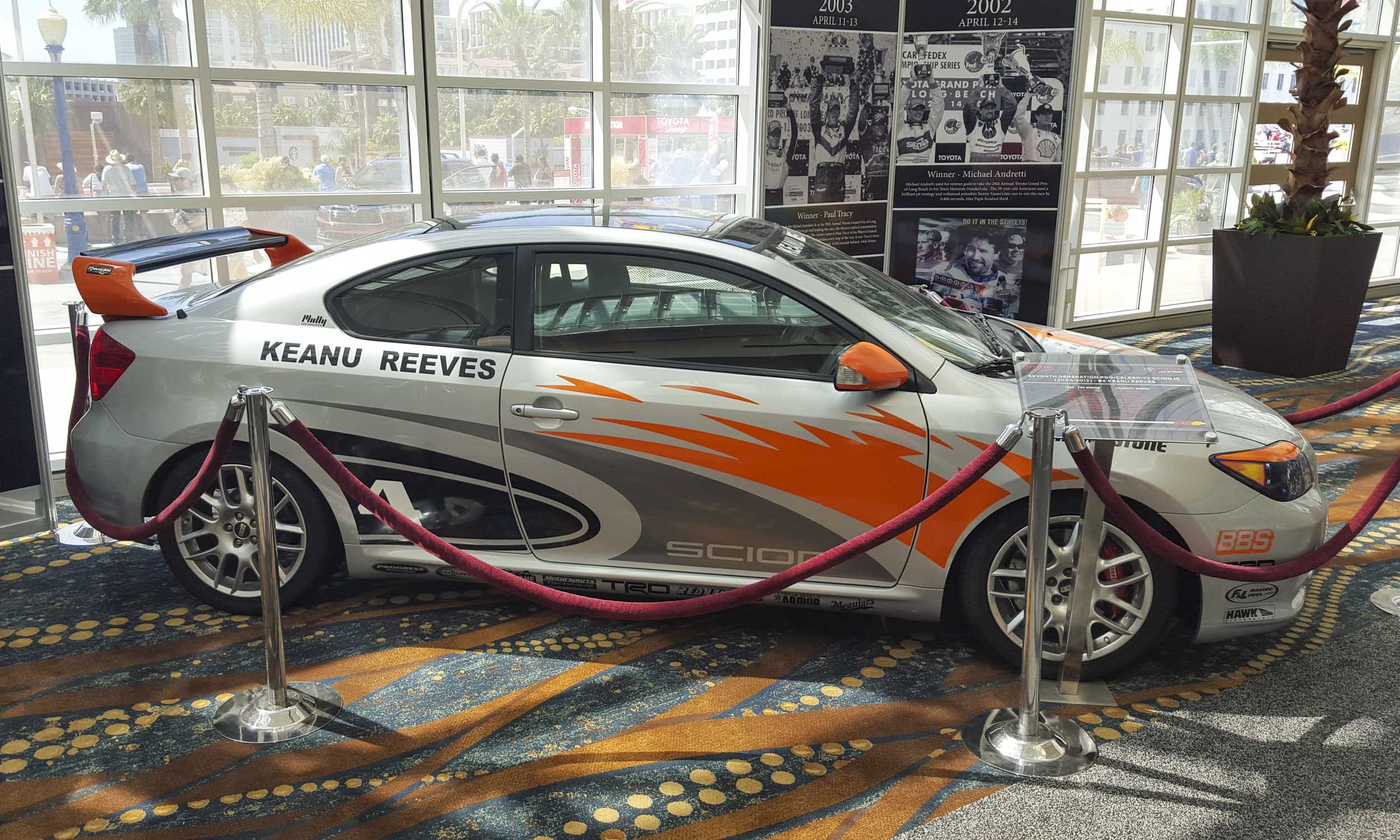 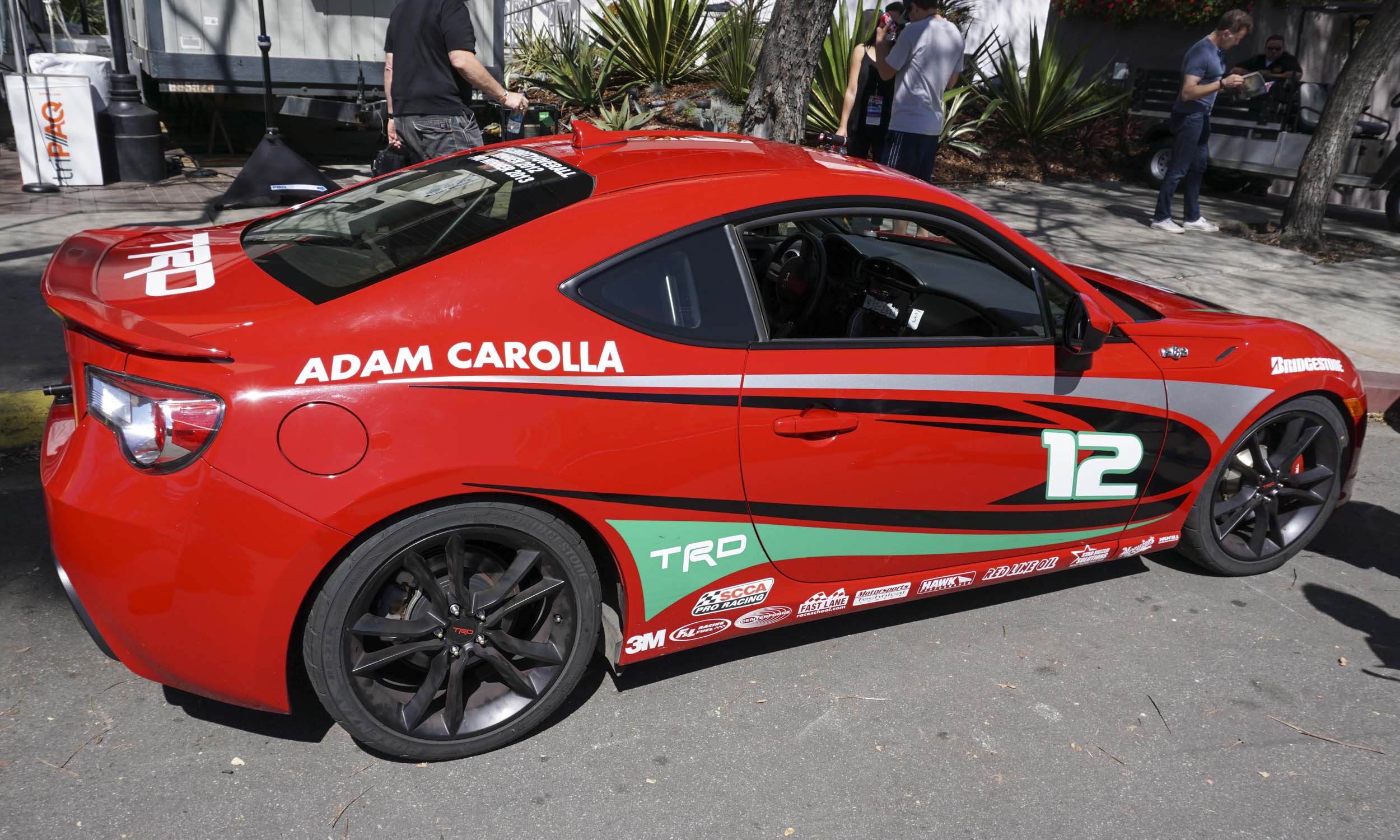