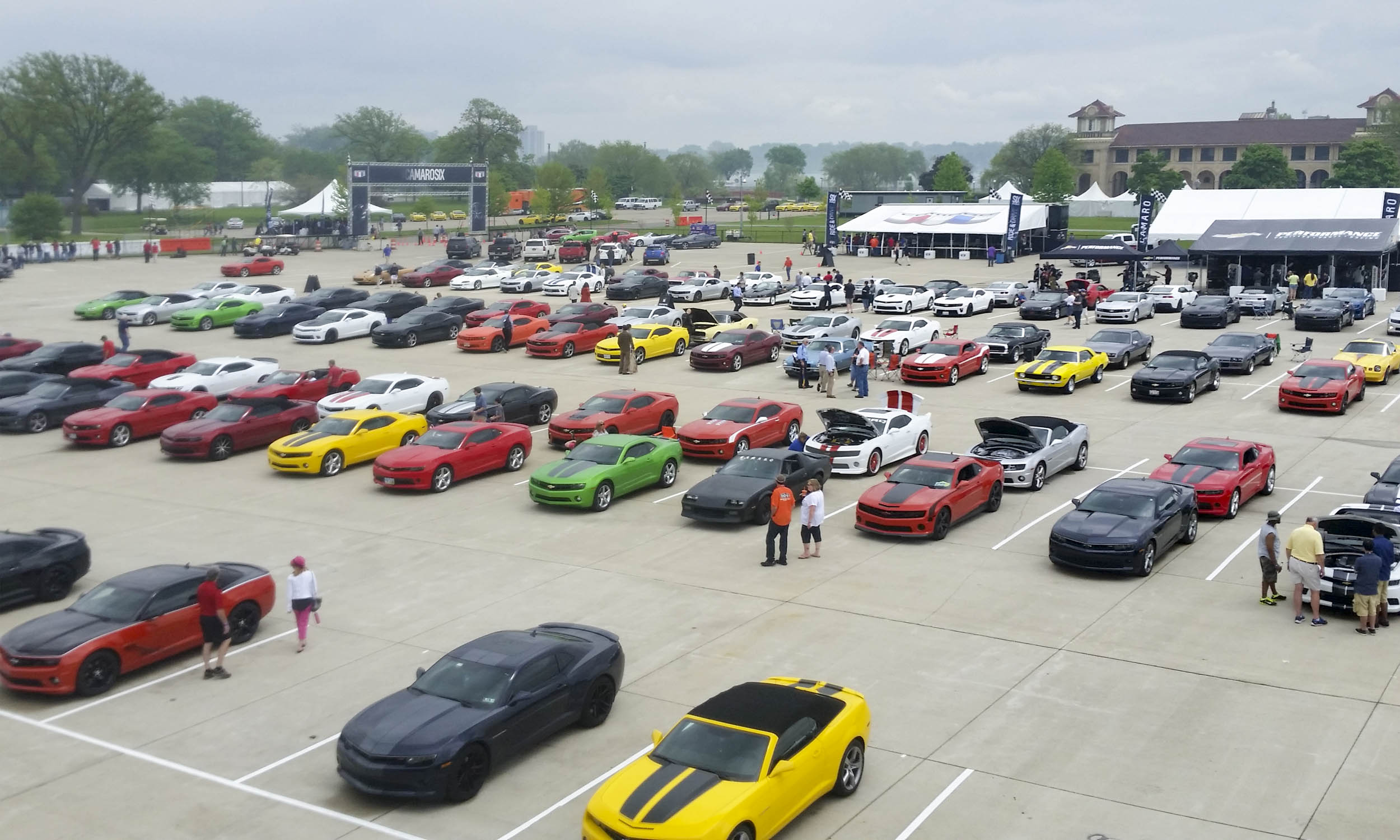 Camaro Party
When the wraps come off an all-new car like the Camaro it’s already exciting. But Chevrolet decided to turn up the wick by inviting about 1,000 owners to bring their cars to Belle Isle in Detroit for a bit of a party. Lucky owners got to take their cars out for parade laps on the race course (in race-prep mode for the upcoming Detroit Grand Prix), go for high-speed rides in the current Camaro Z/28, show off what they brought and ultimately witness the debut of the sixth-generation Camaro. Here’s what it looked like leading up to the new Camaro reveal. 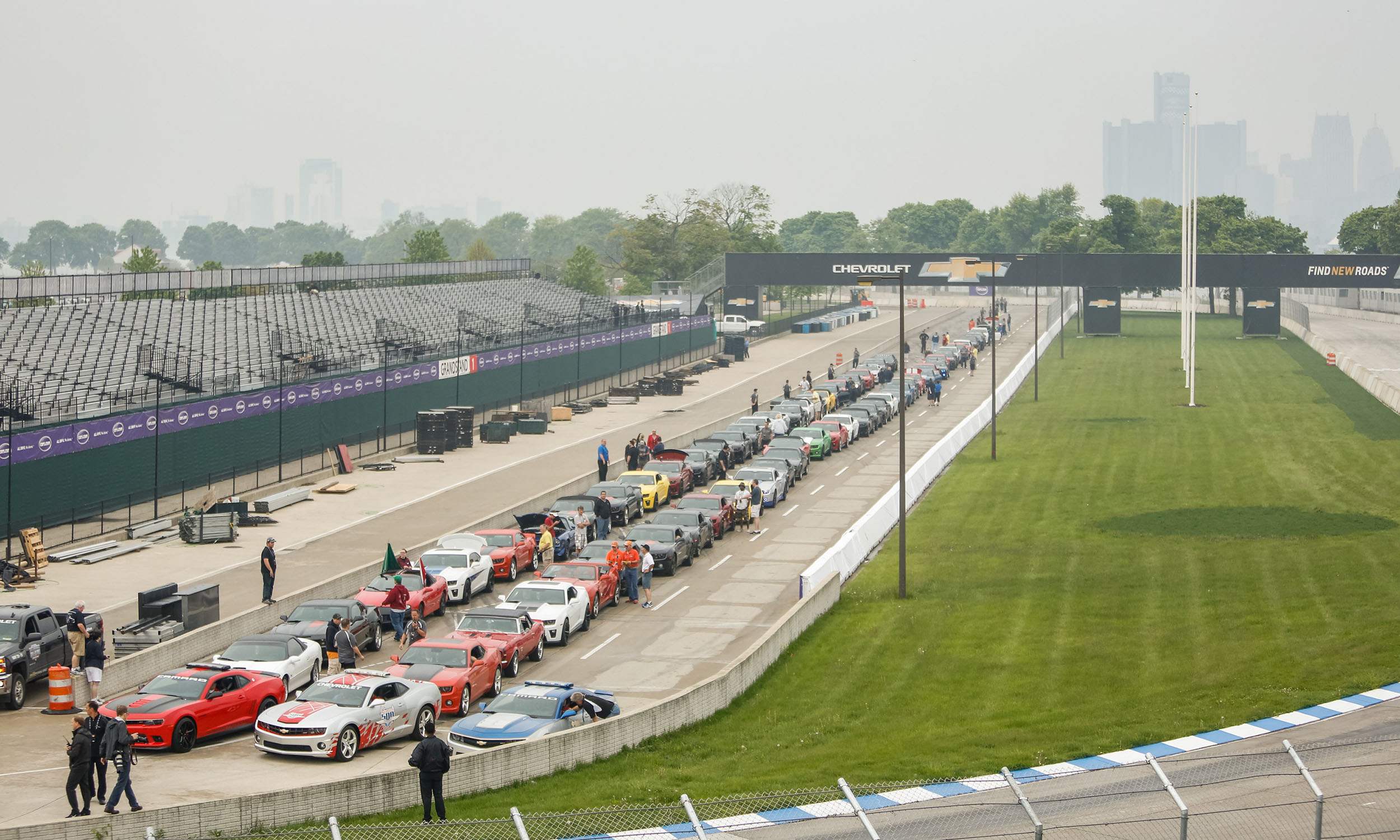 Parade Laps
Camaro owners were invited to bring their standard and custom rides to Bell Isle from all over the country. The assembled Camaros enjoyed a parade lap around the Belle Isle circuit. 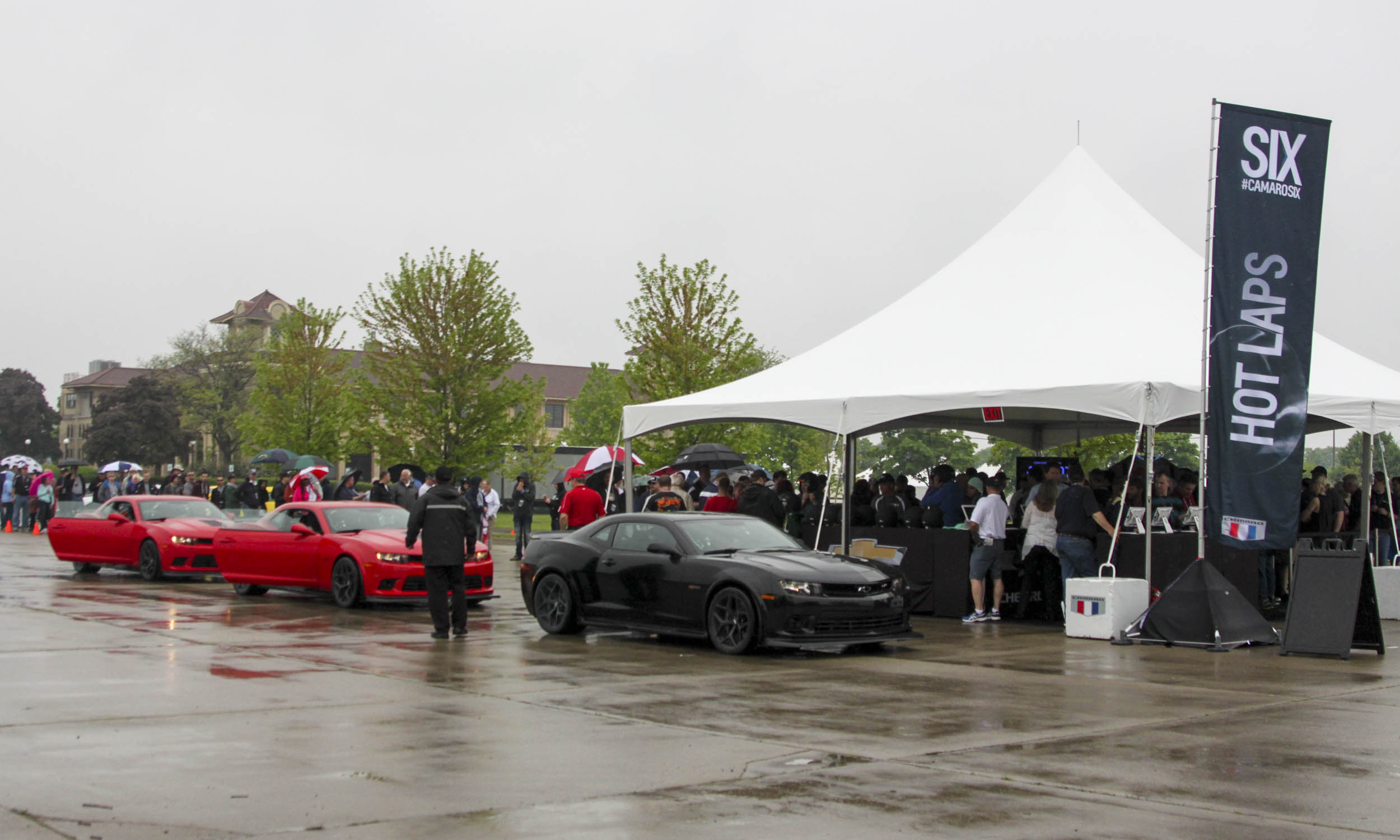 Z/28 Rides
Attendees waited in long lines in the rain for the opportunity to get a high-speed ride around the Belle Isle course in Chevrolet’s ultimate high-performance Camaro, the Z/28. The lightweight coupe boasts 505 horsepower, and the professional drivers at the wheel provided exciting rides for a number of lucky folks. 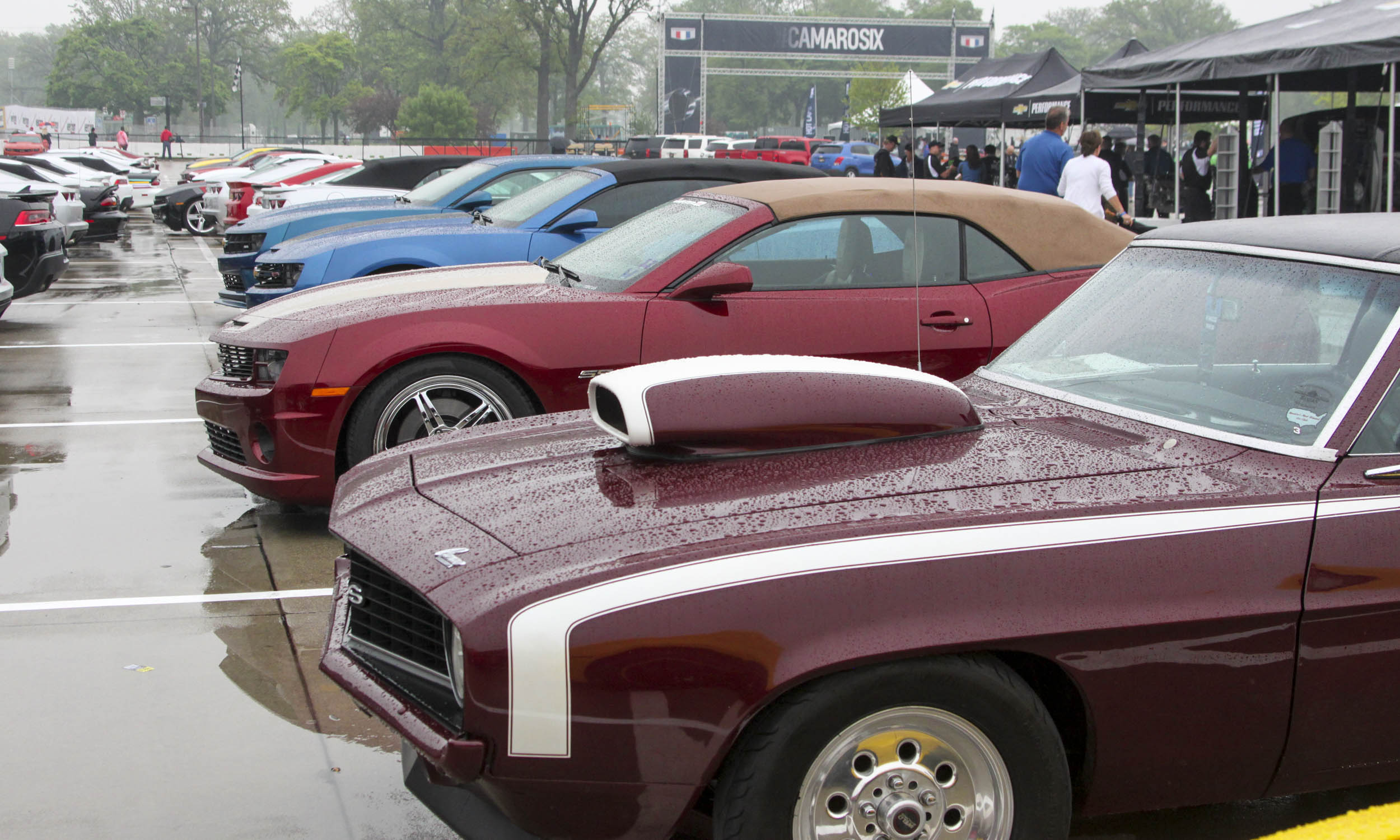 Car Show
Sure it’s simply a big parking lot on Belle Isle, but load it with a few hundred Camaros and suddenly you have a car show. Representatives of all five generations of Camaro were on hand. Cars ranged from souped-up classics to unique rides with amazing custom paintwork. 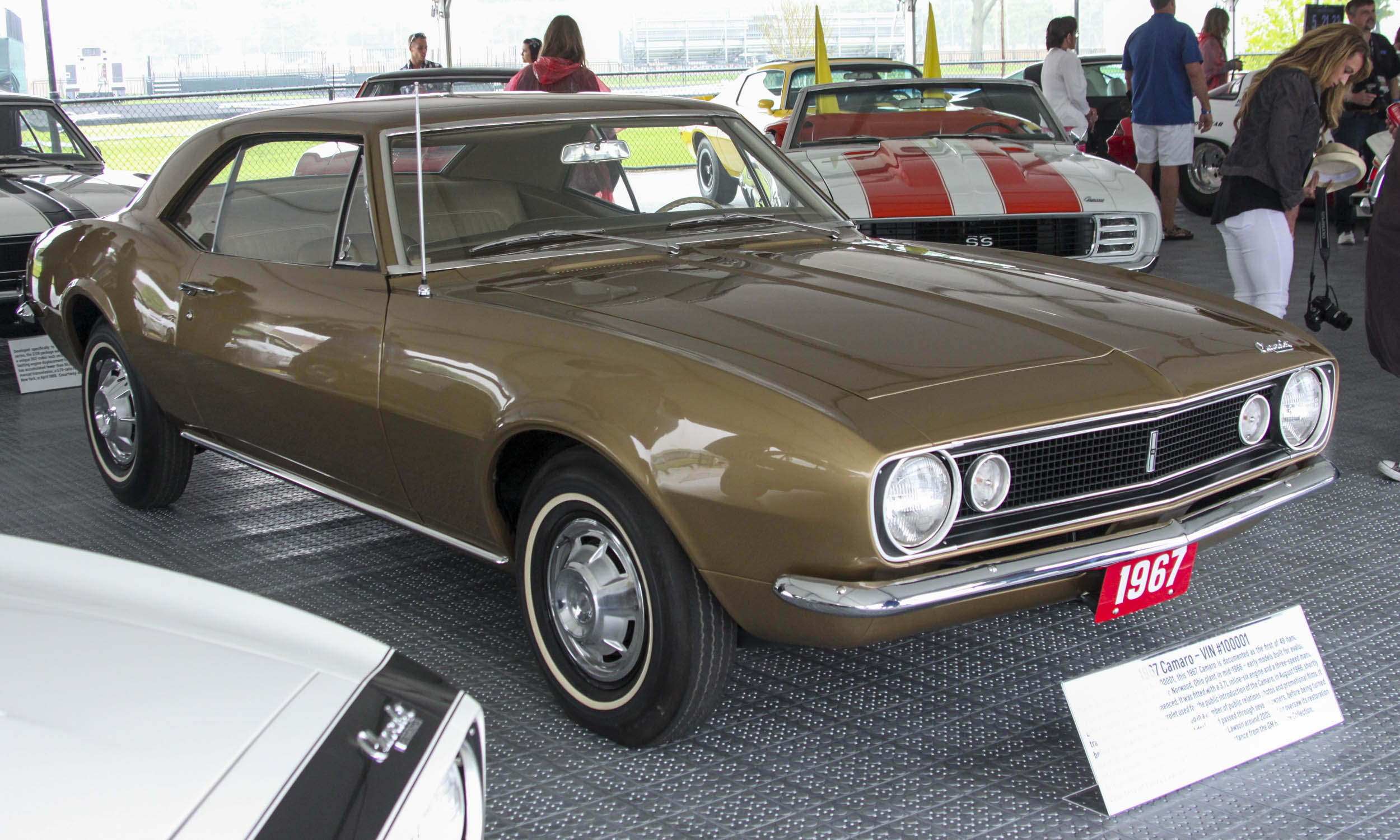 Museum Quality
Chevrolet showcased a number of iconic Camaros to give the party a sense of history and nostalgia. Some of the featured vehicles included the very first production Camaro from 1967, as well as the fifth-generation show car from the 2006 Detroit Auto Show. 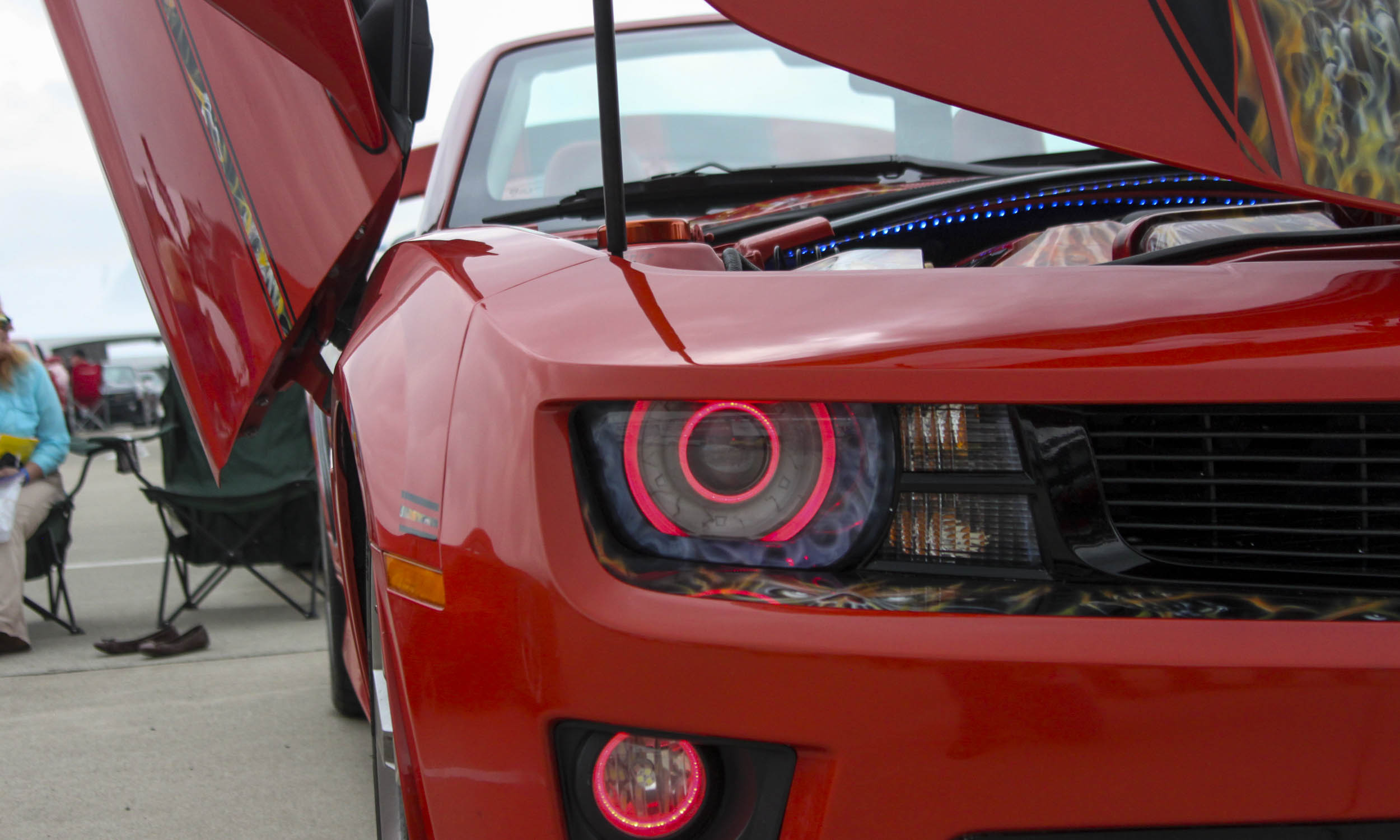 Custom Cars
Here’s a look at our favorite custom Camaros on display at CamaroSix on Belle Isle. 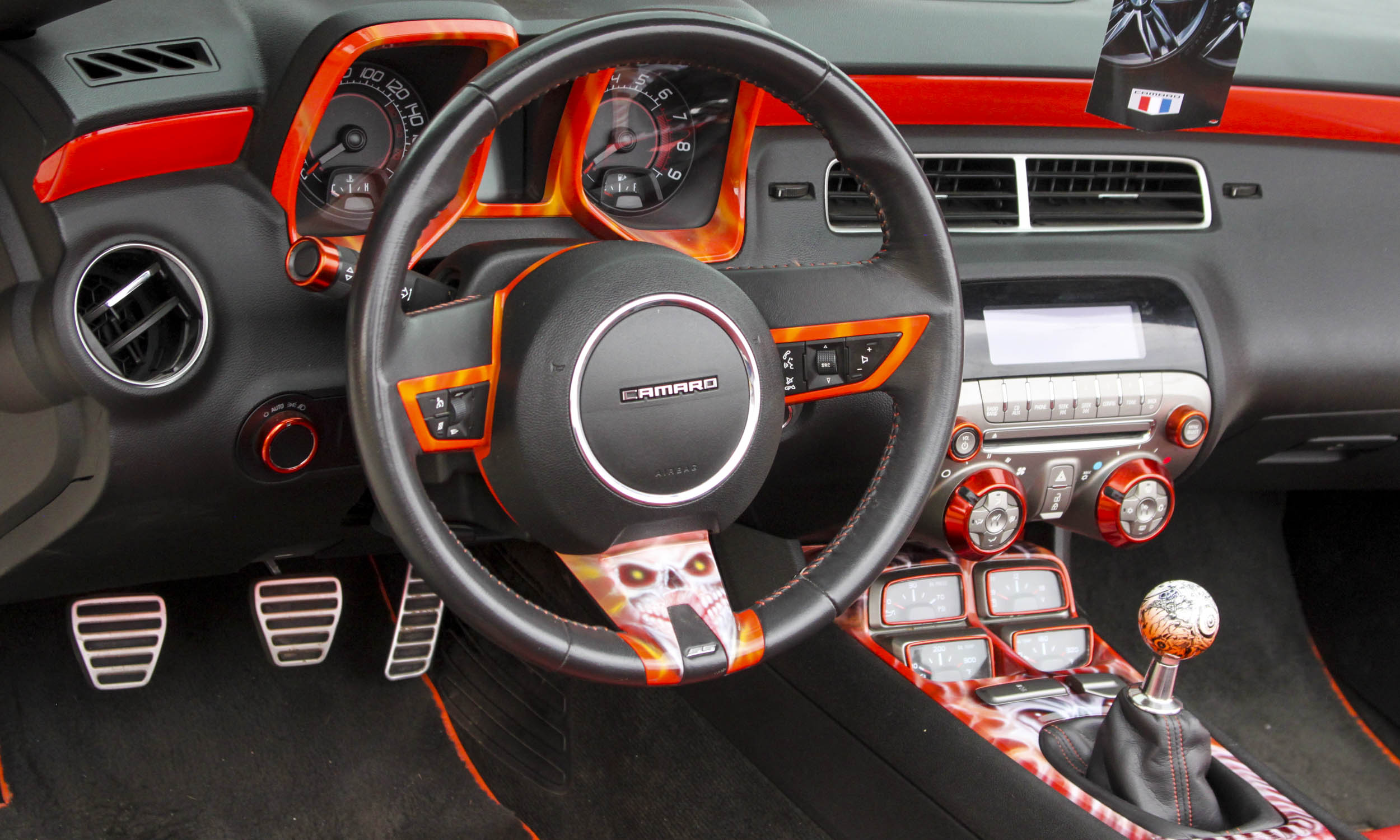 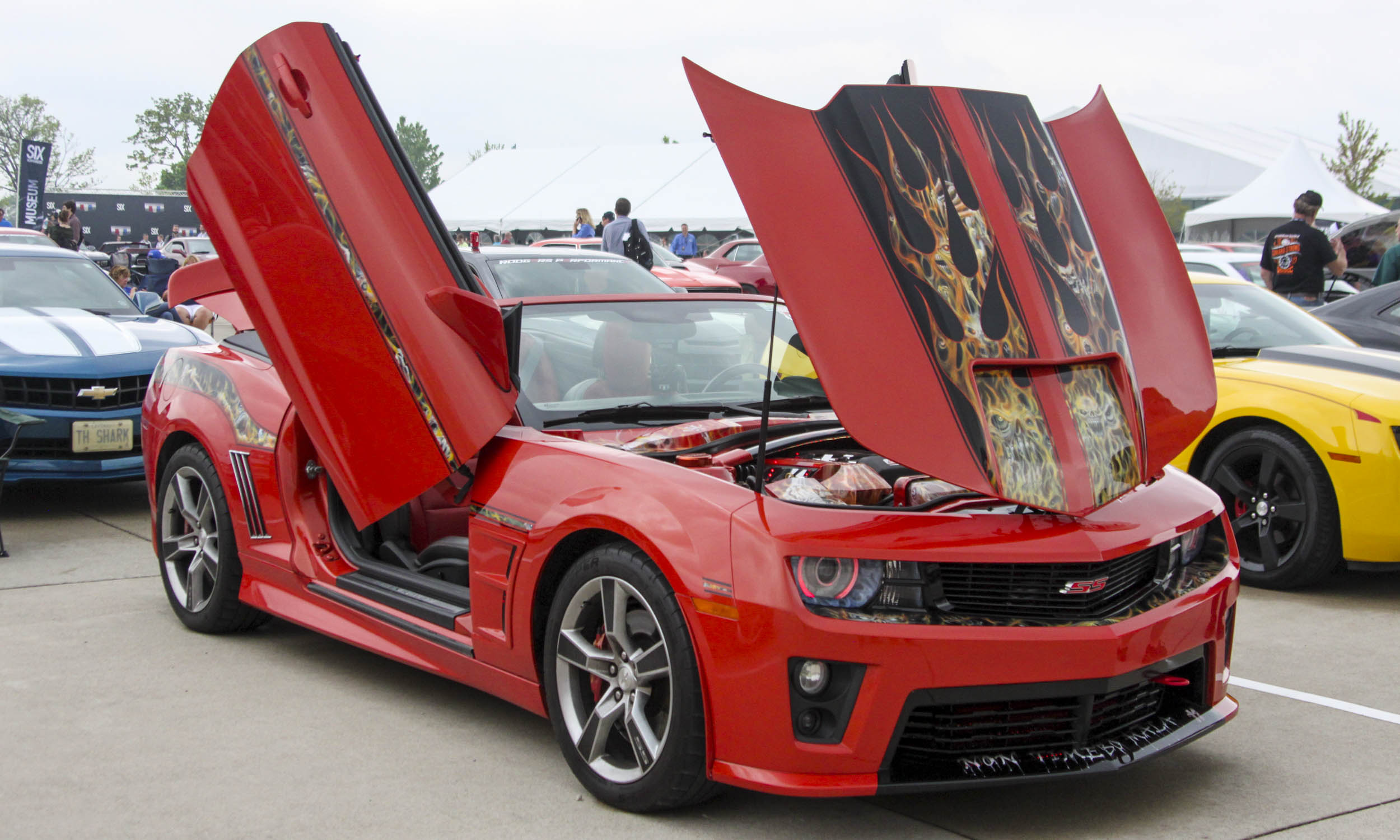 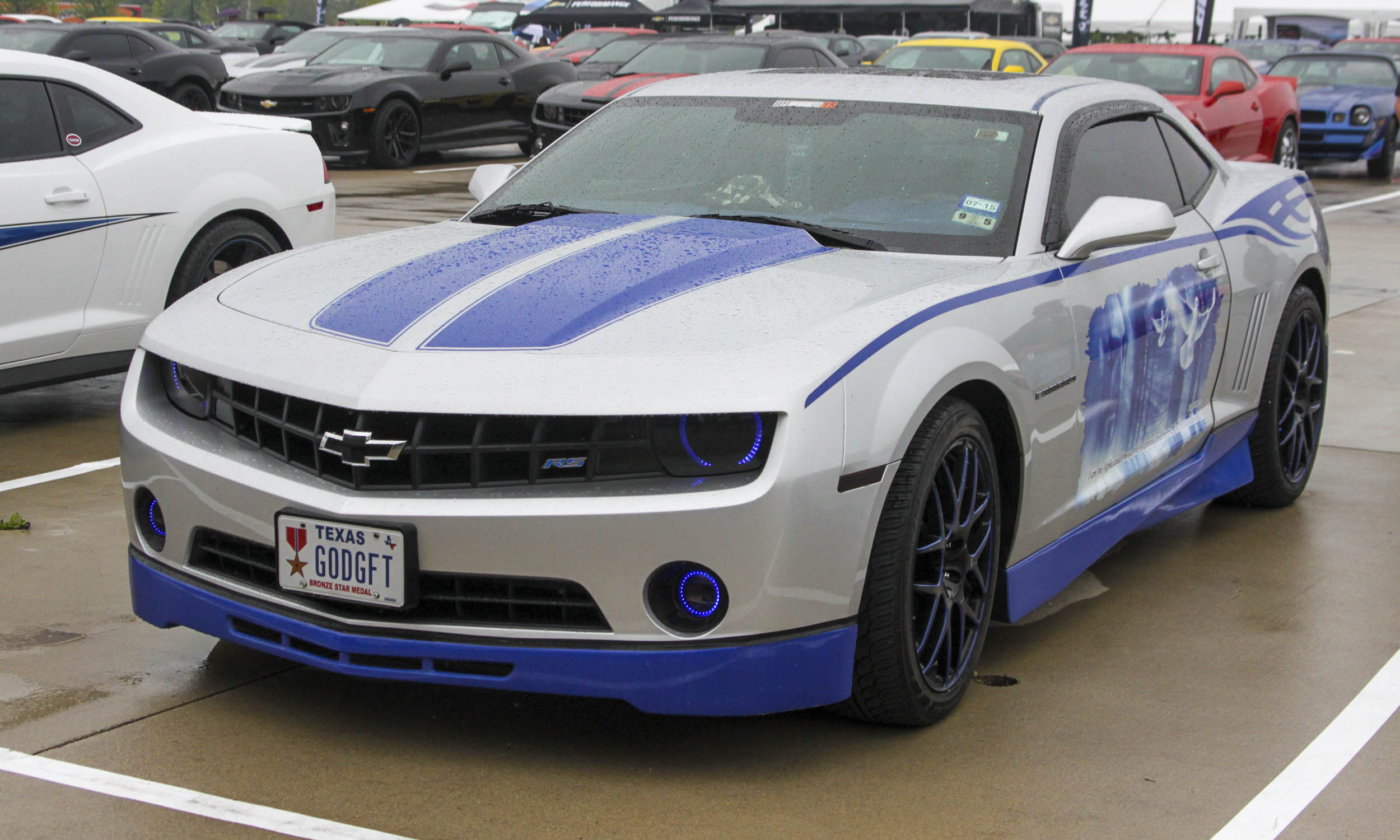 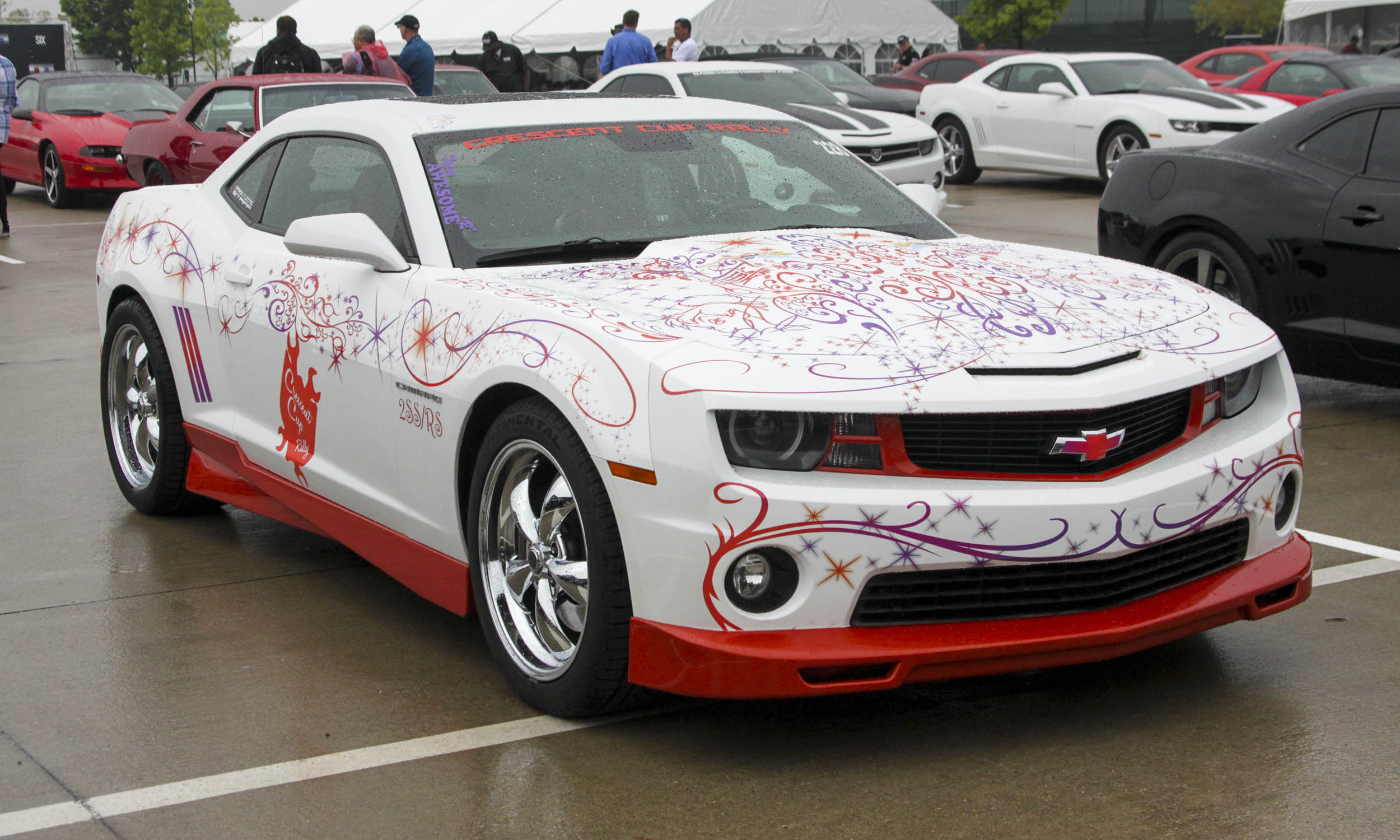 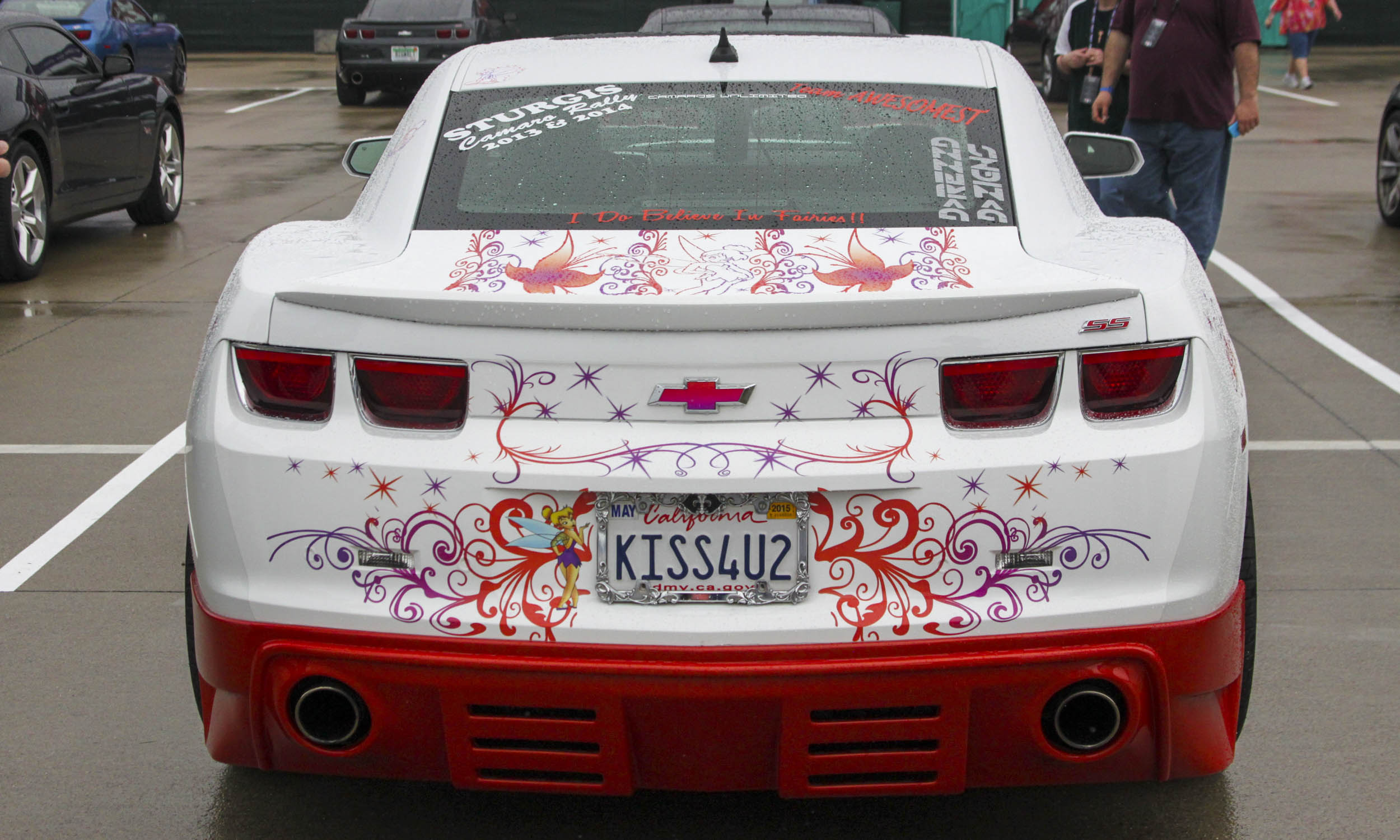 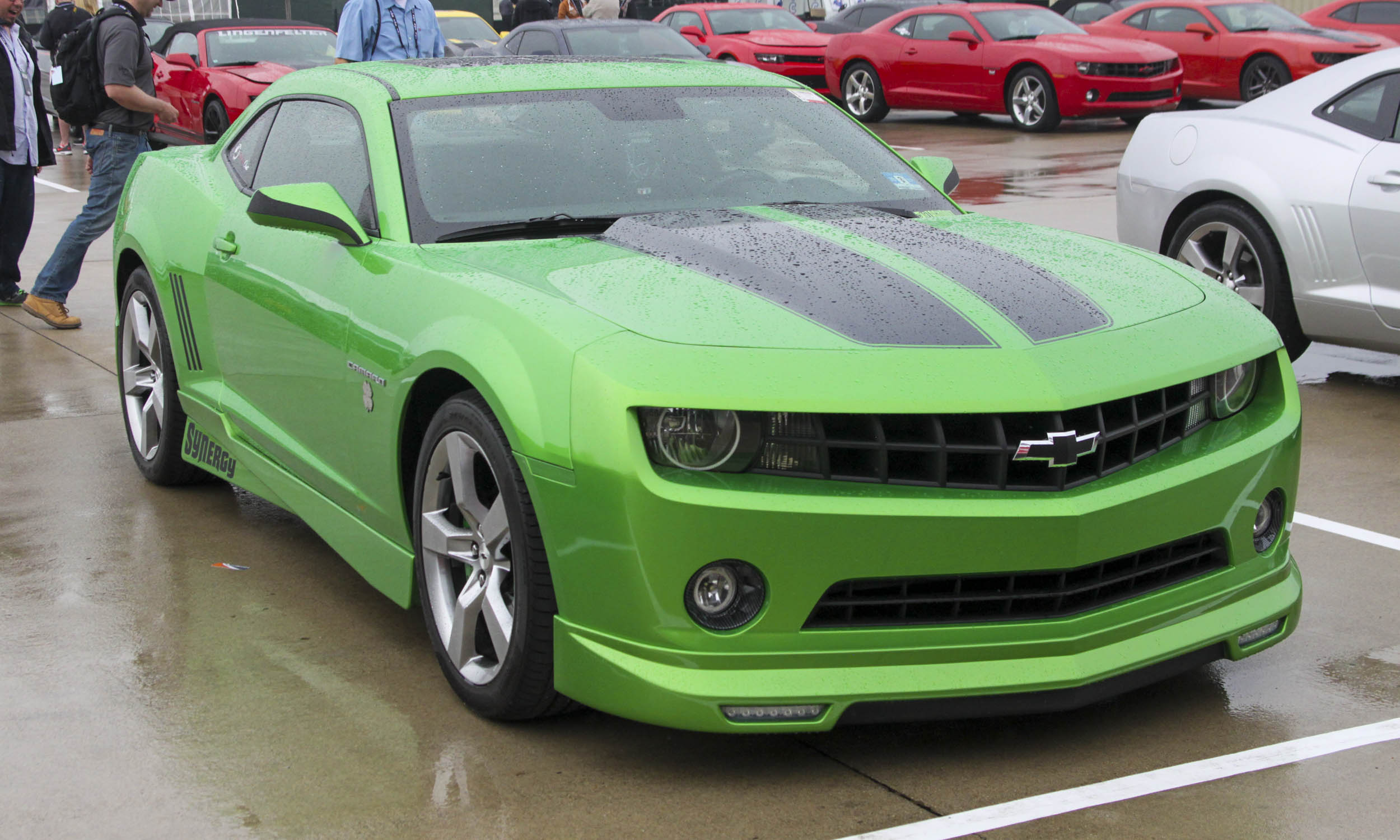 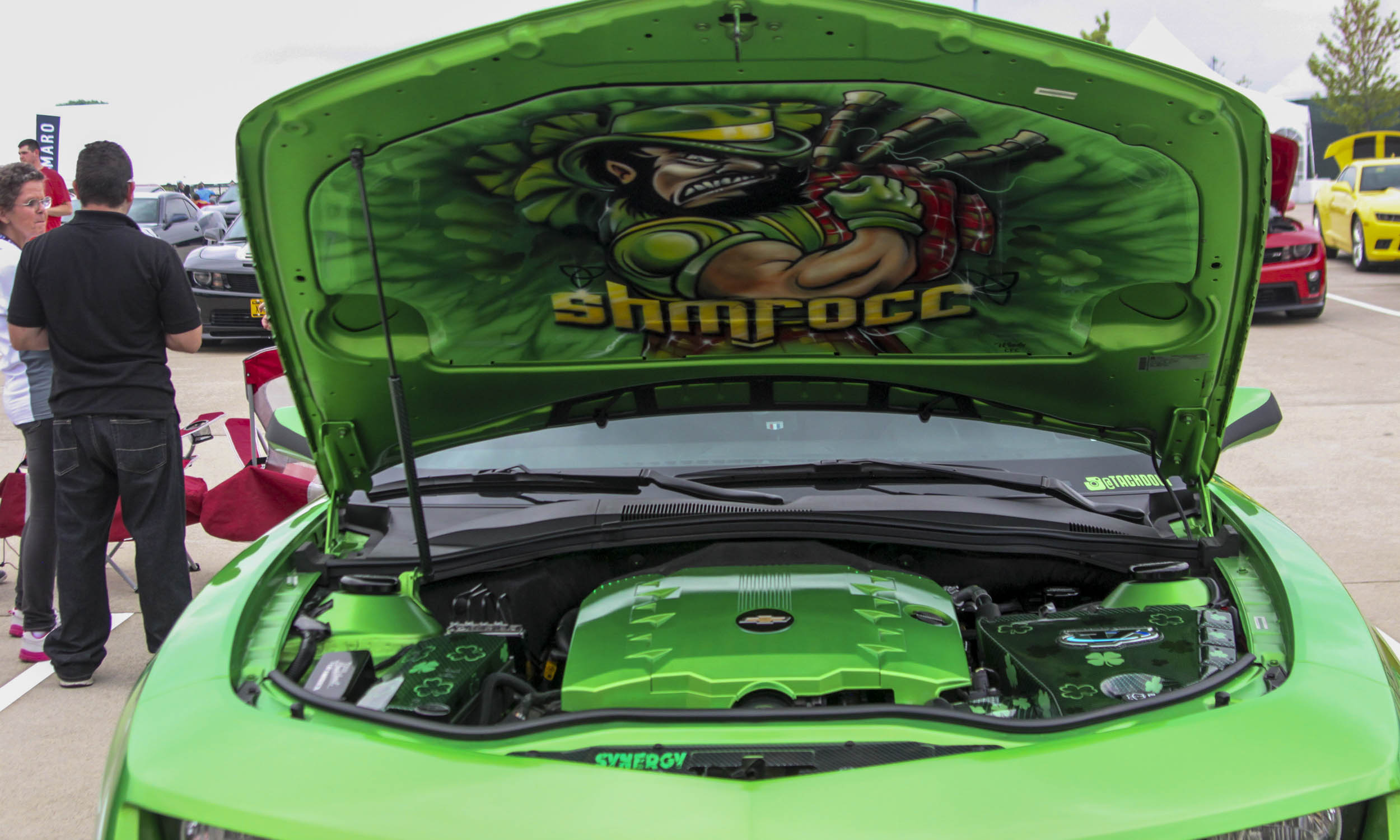 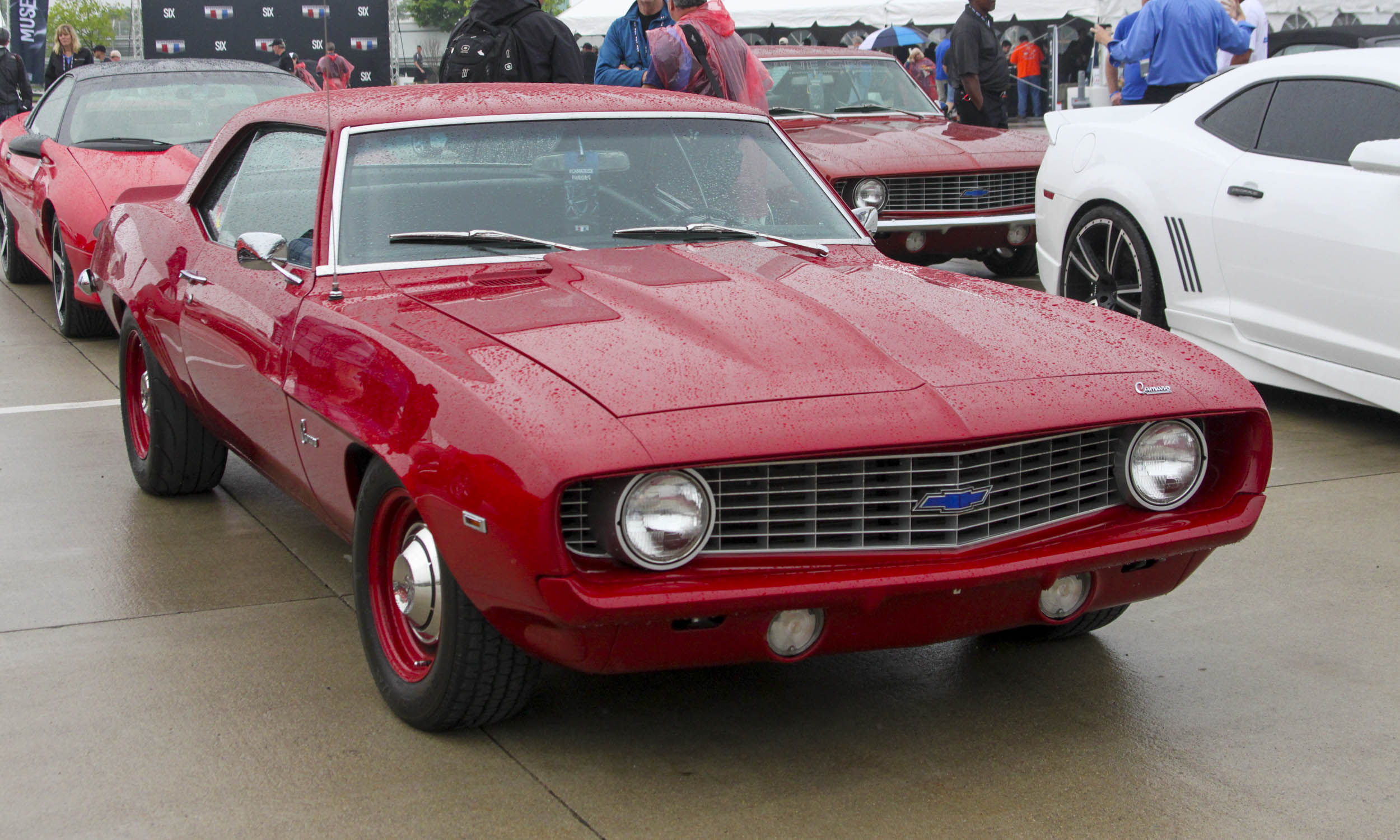 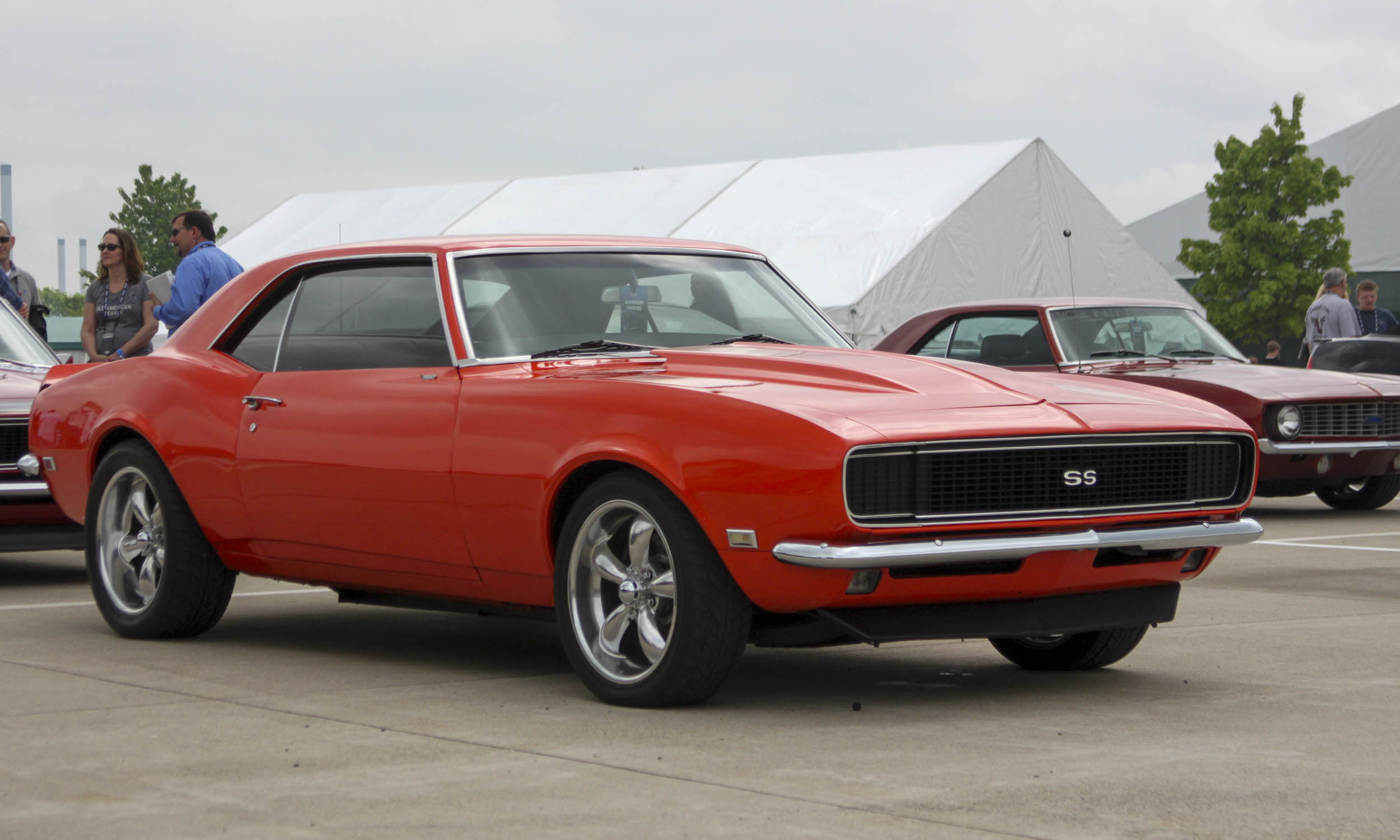 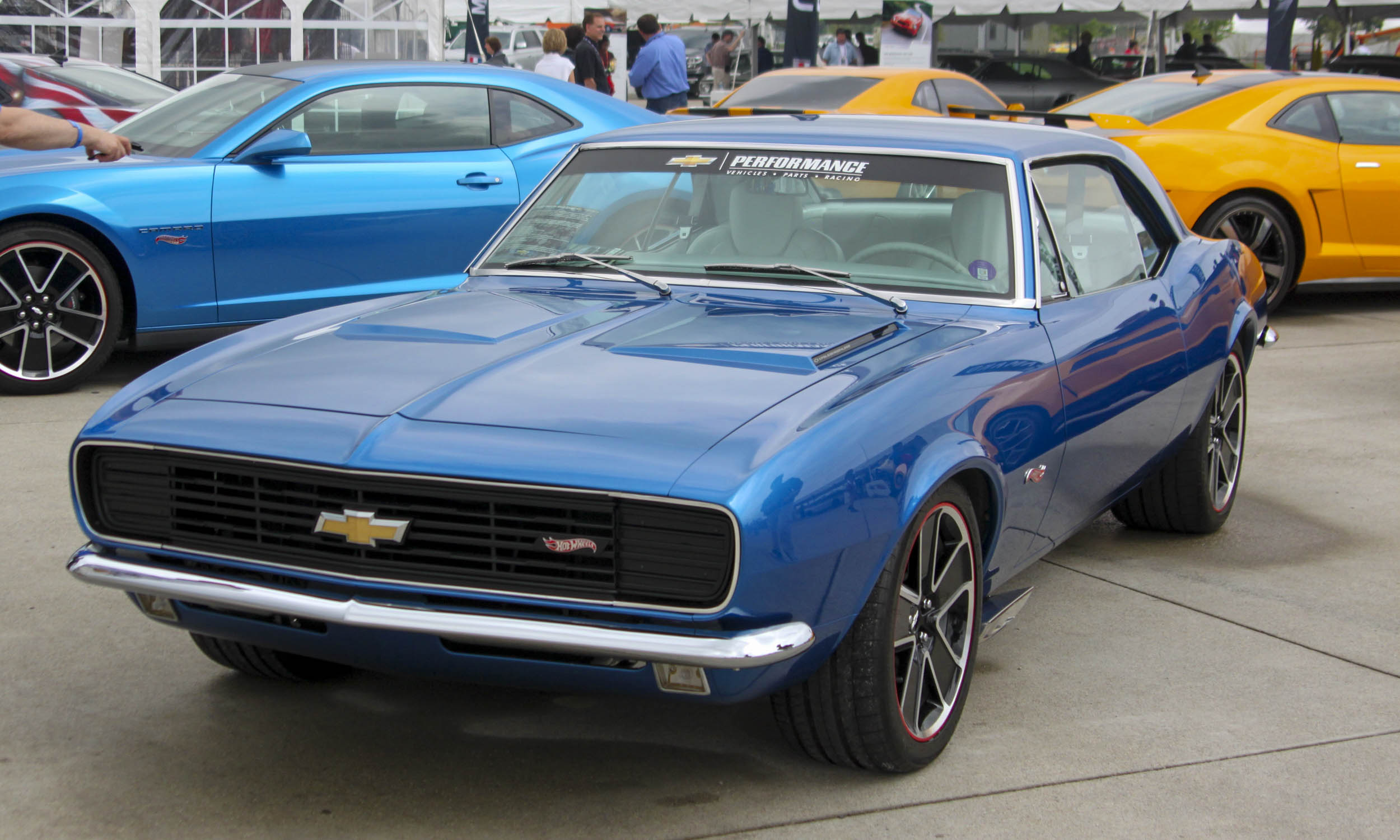 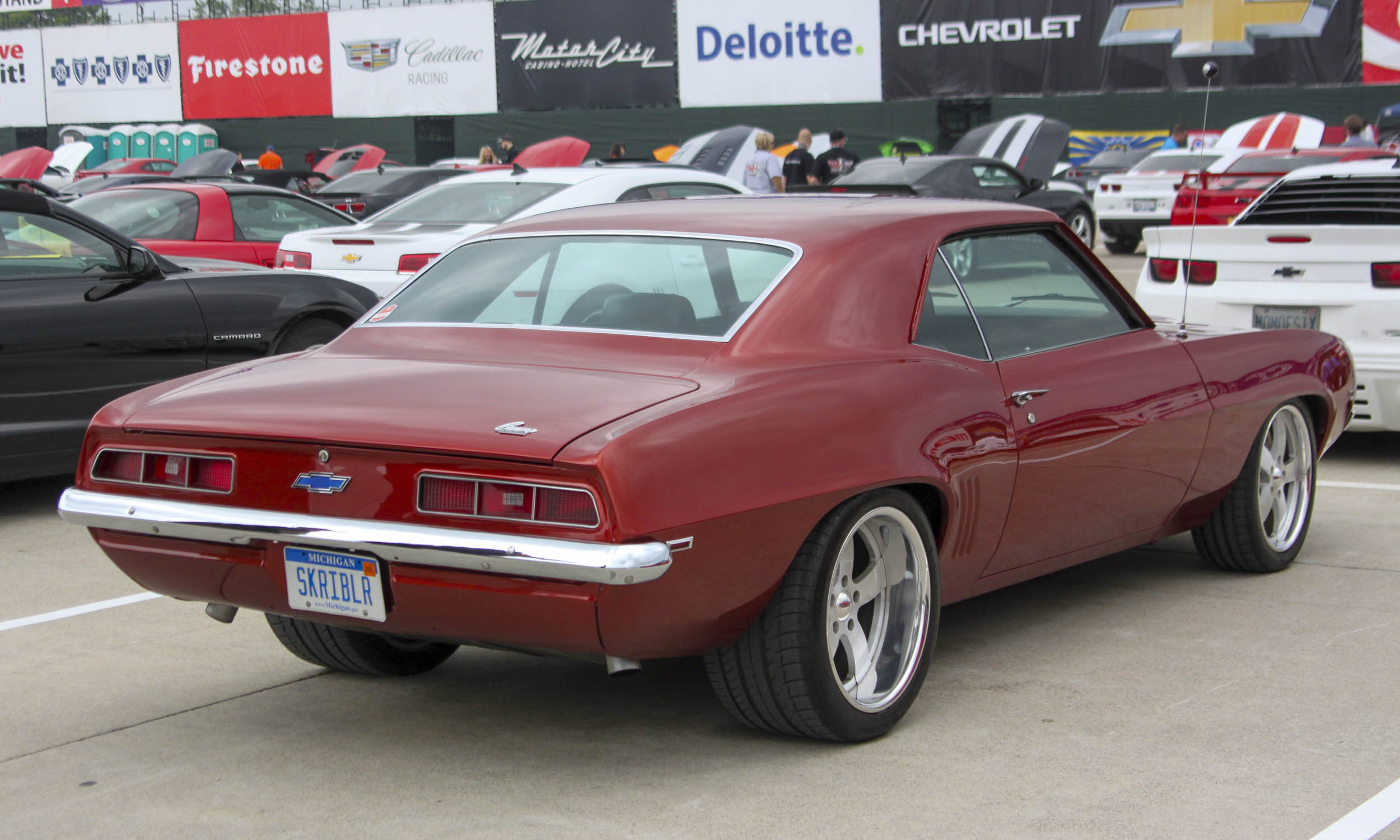 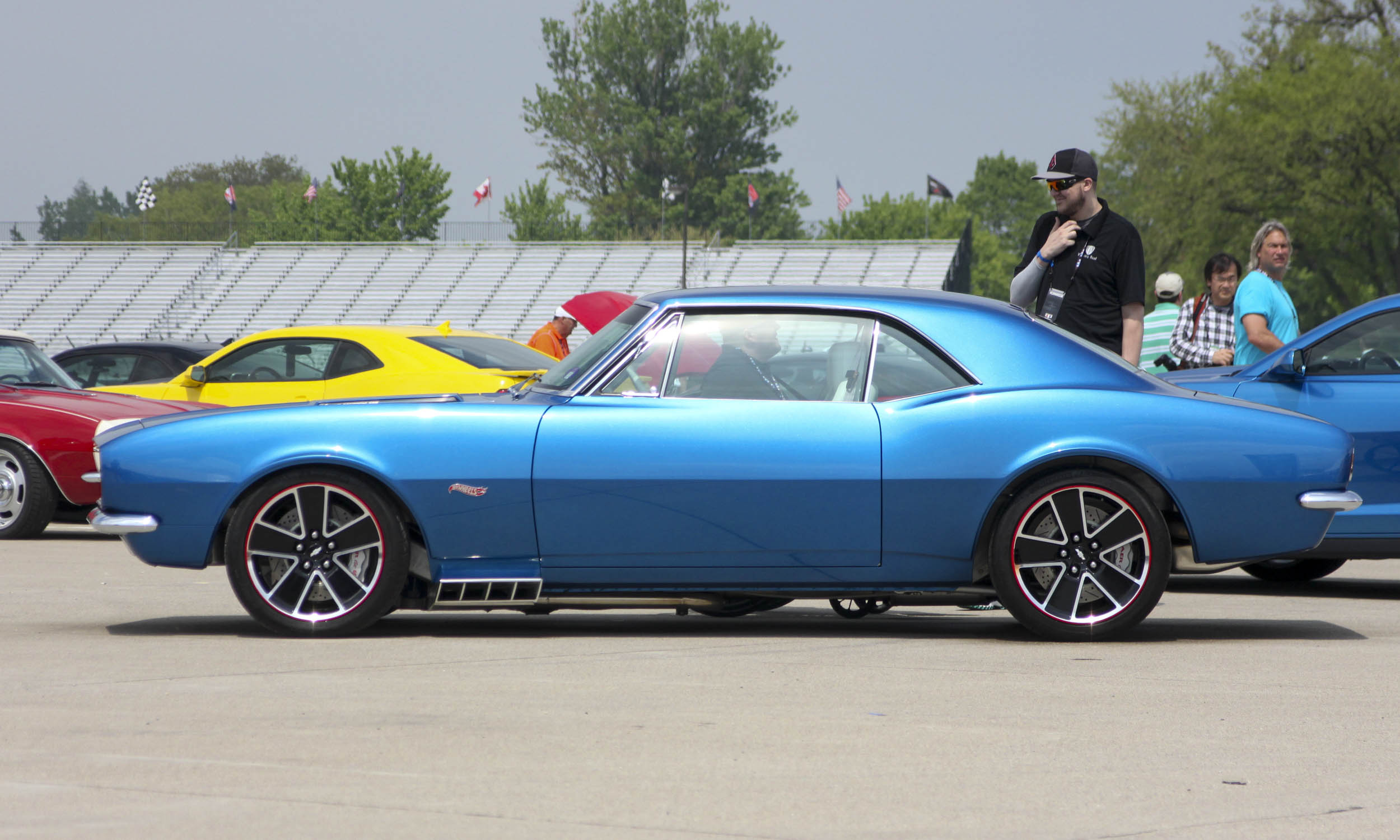 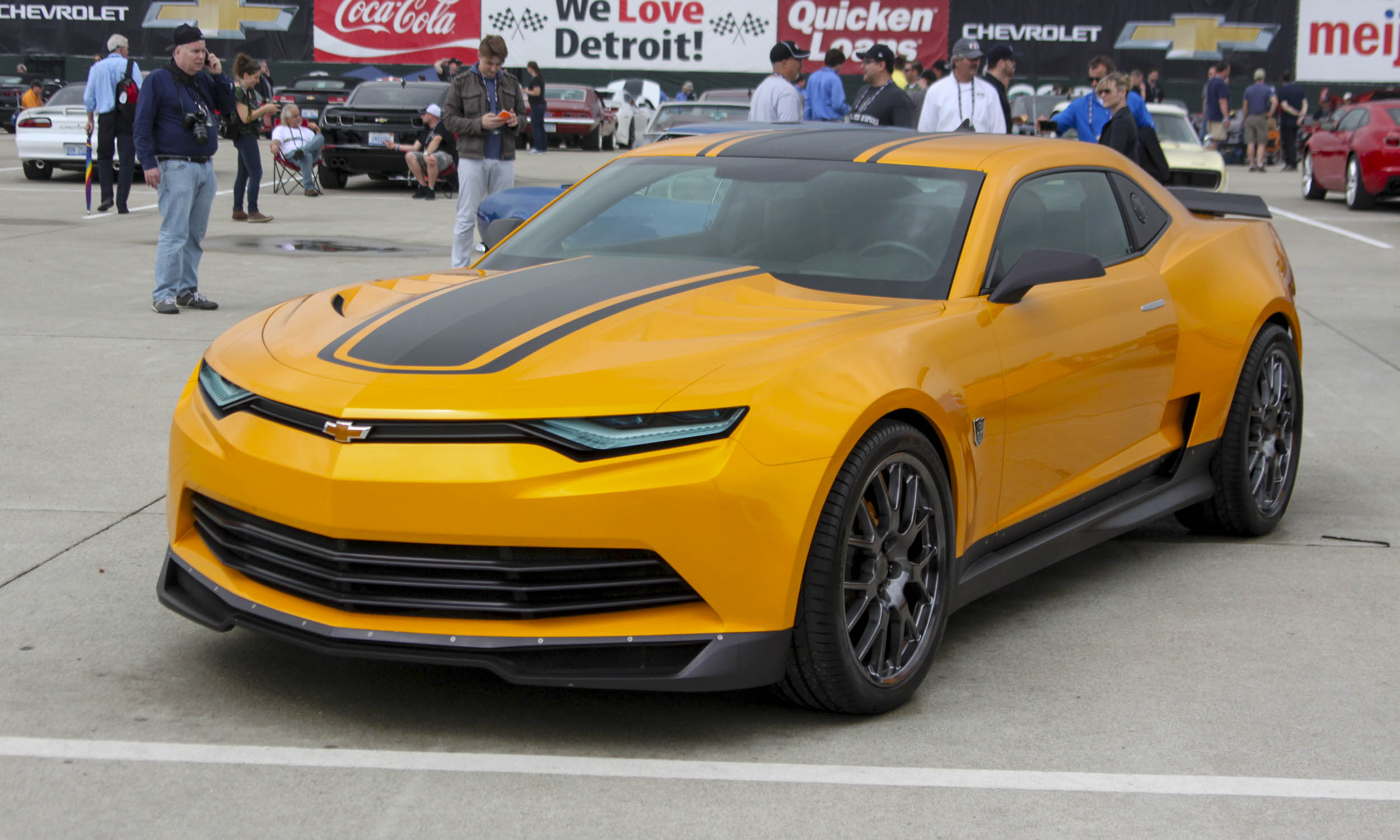 “Bumblebee” from the movie Transformers 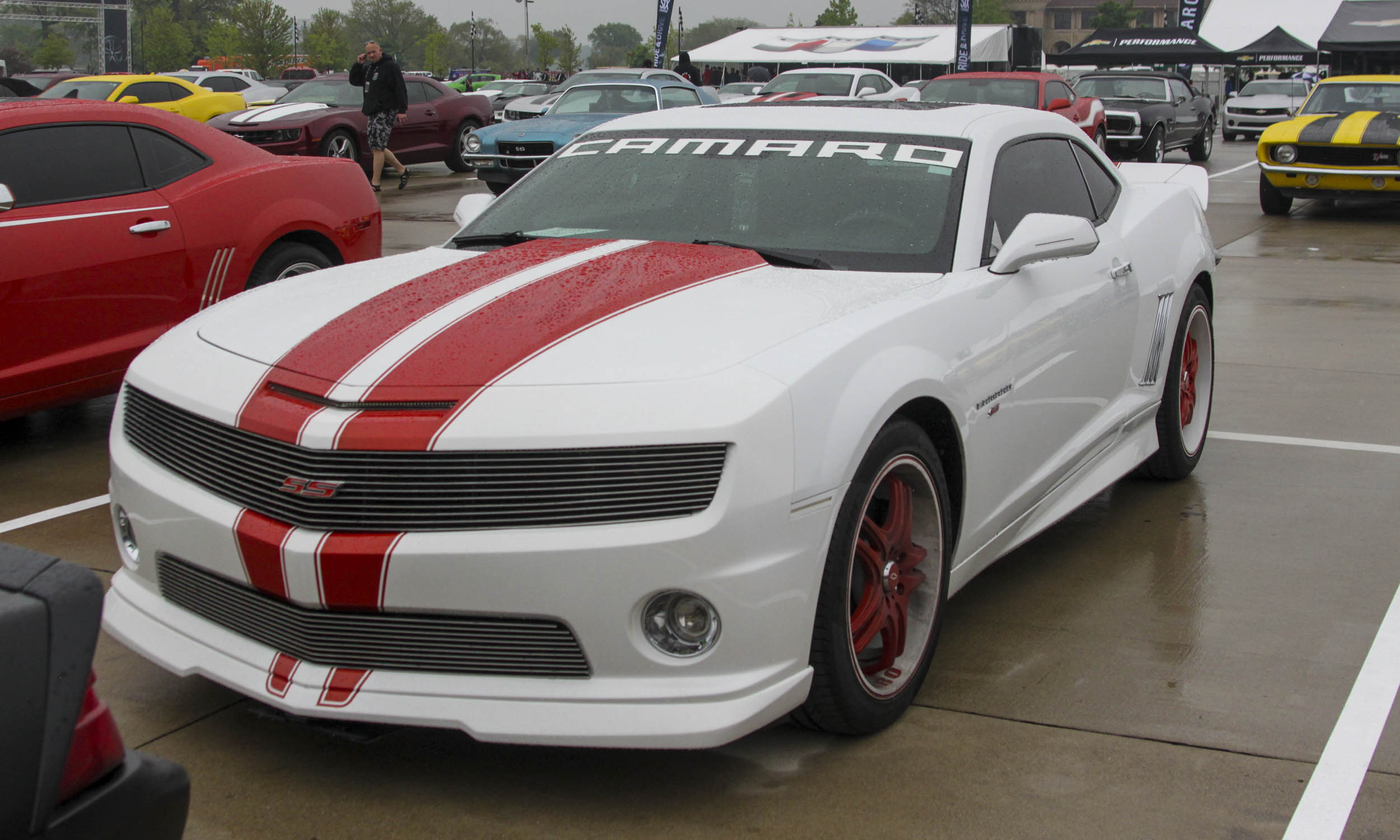 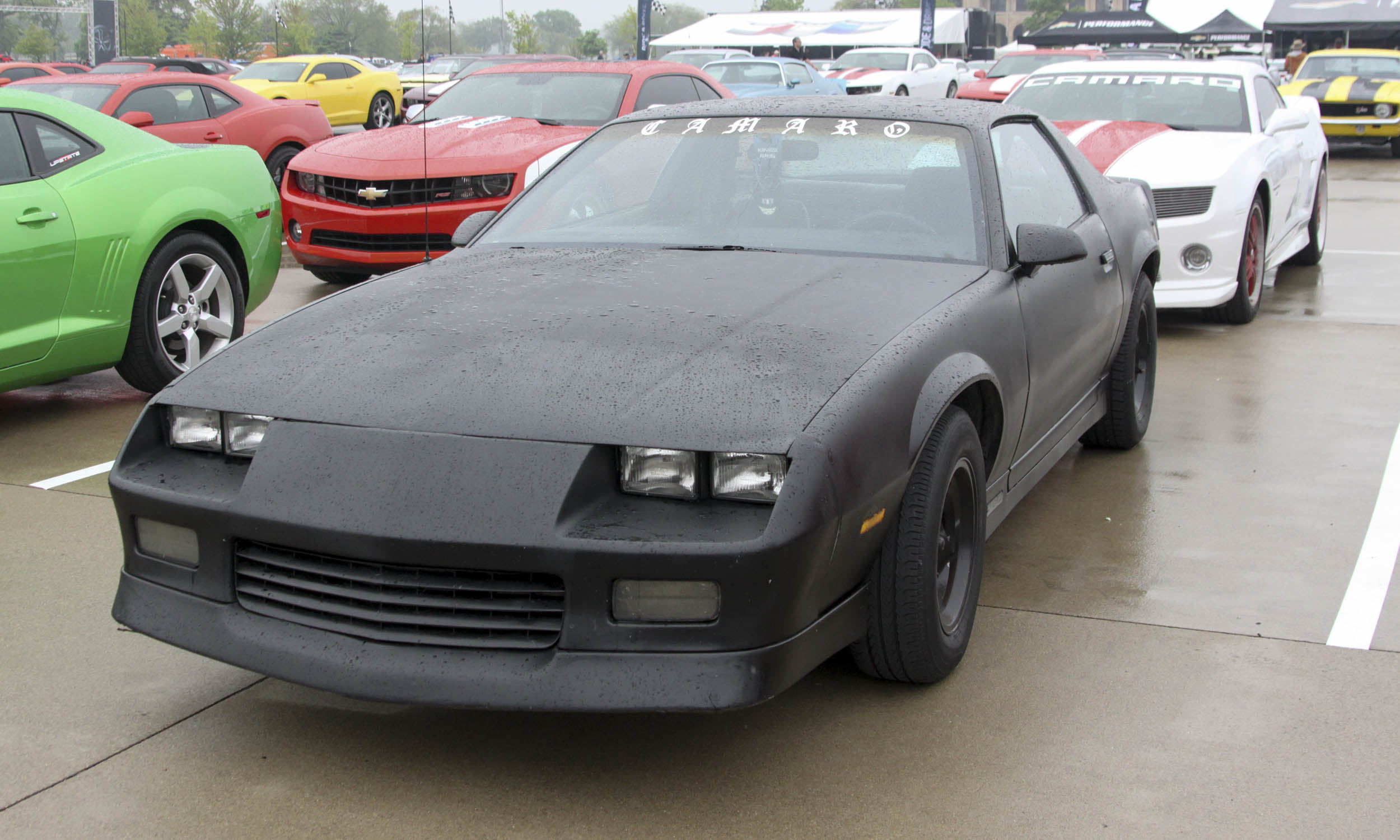 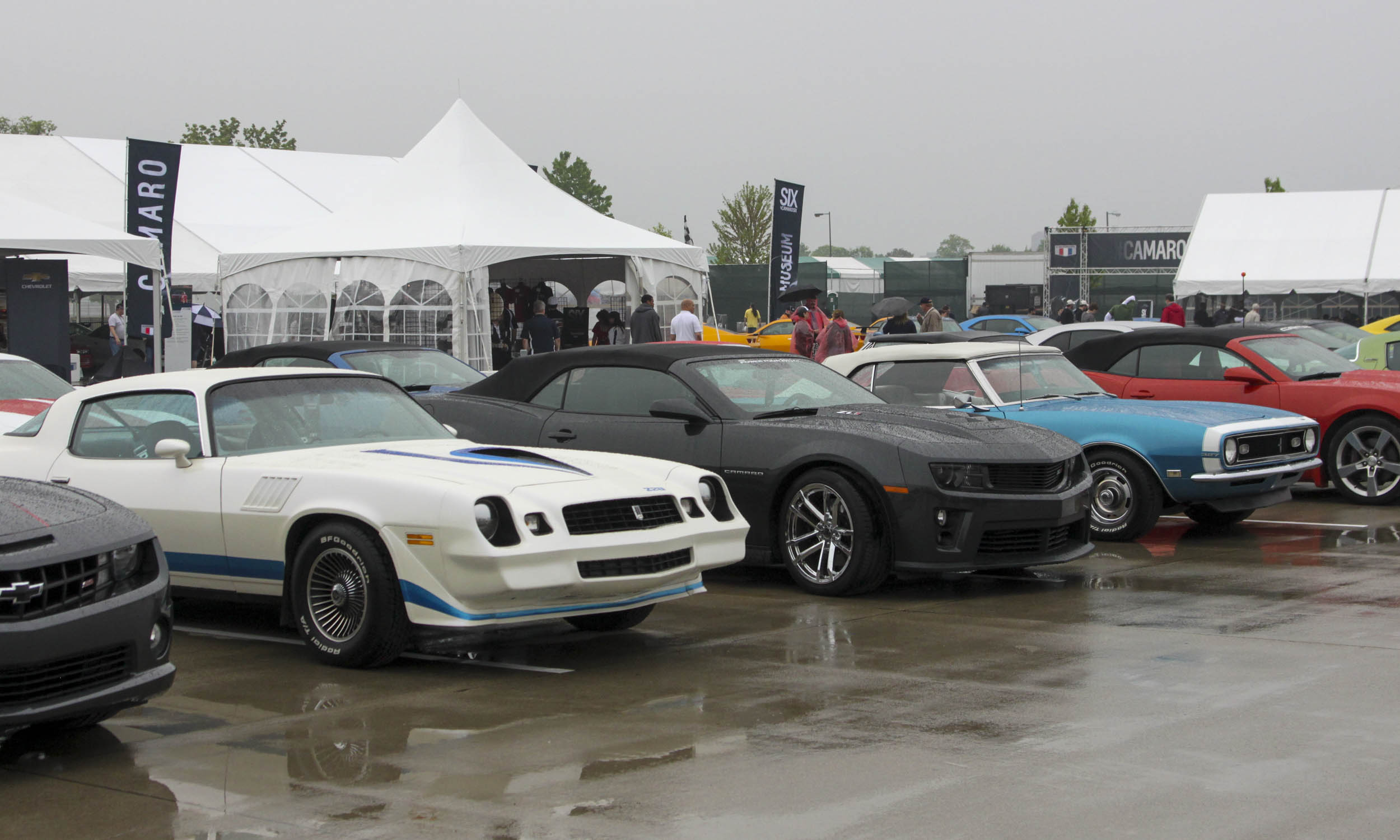 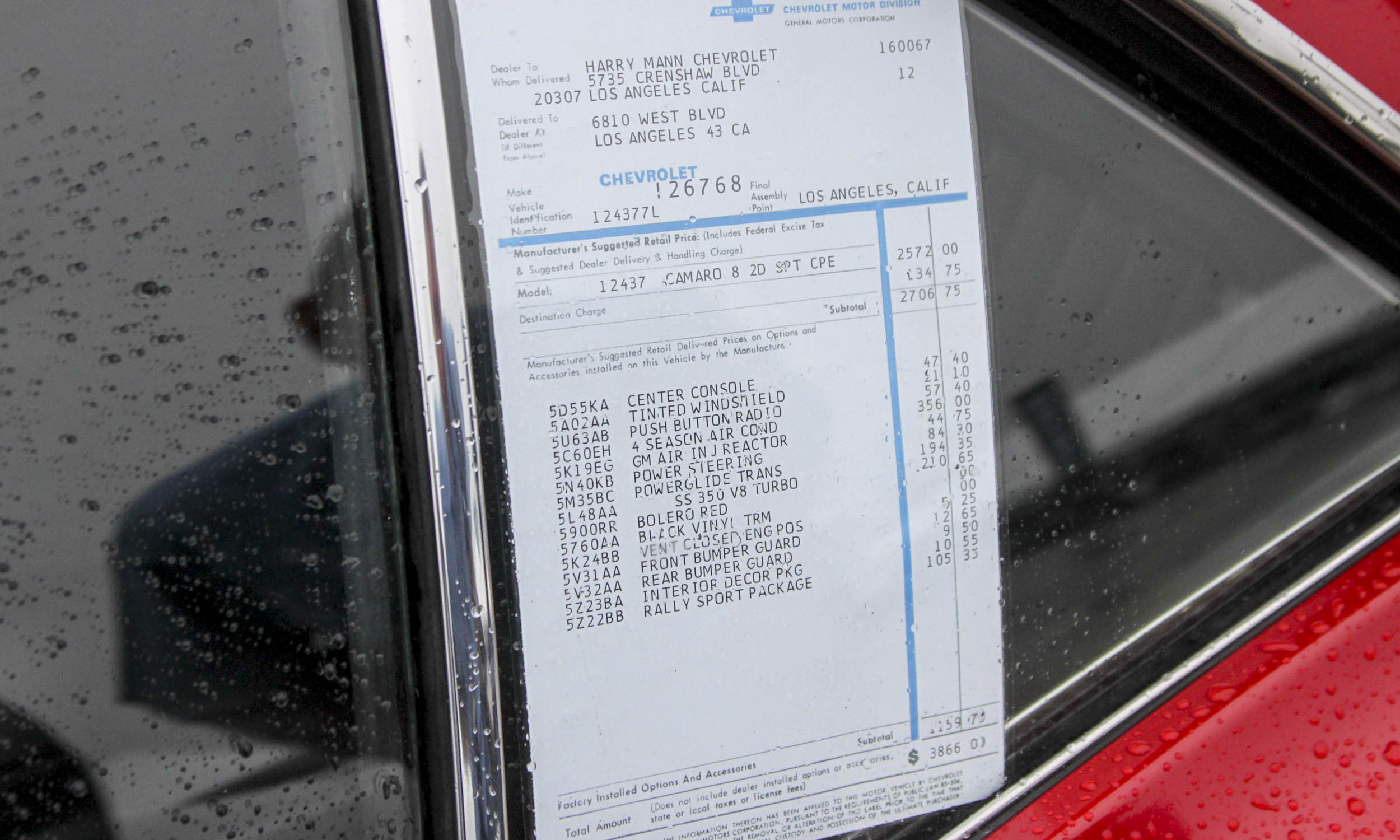