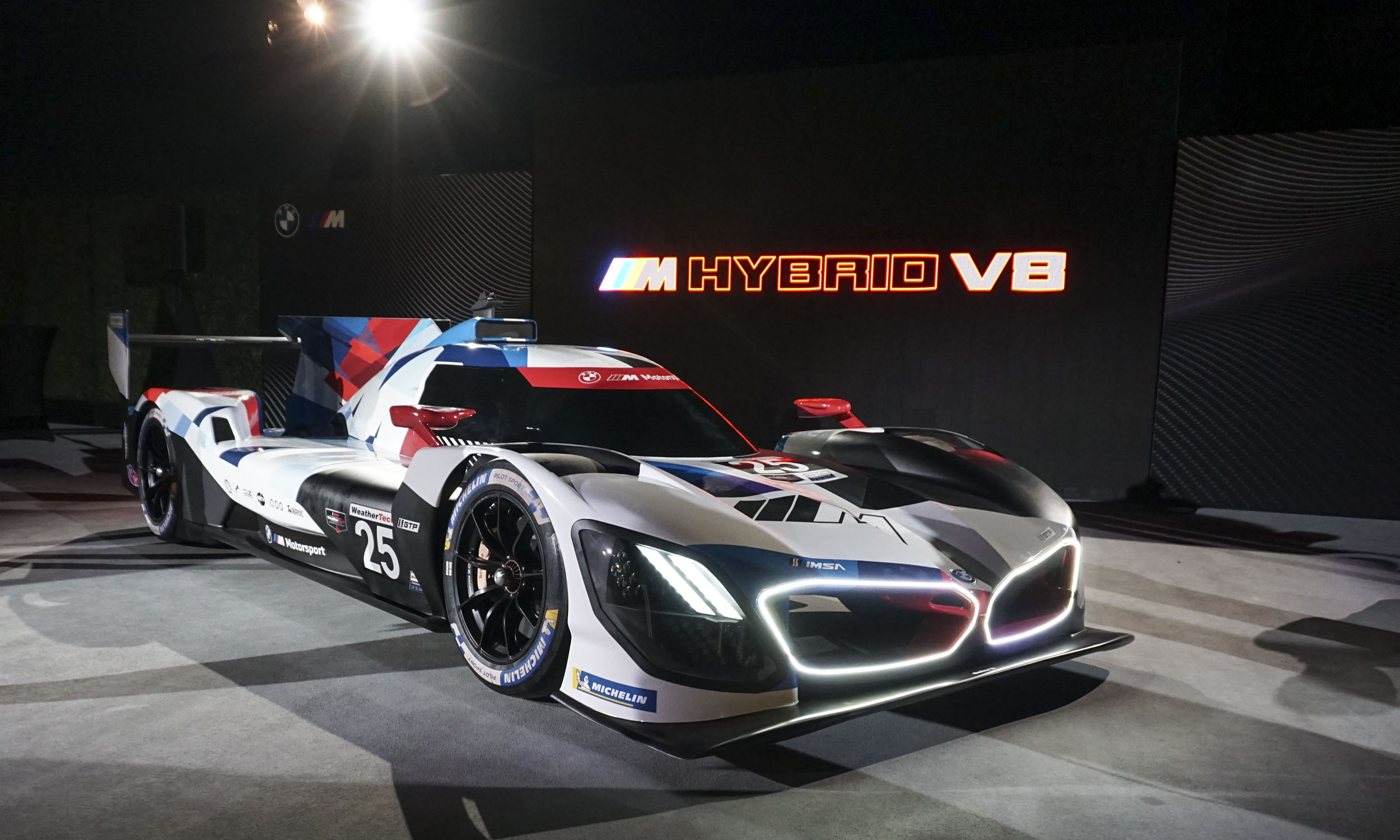 BMW M Hybrid V8
BMW M Motorsport unveiled the all-new BMW M Hybrid V8 Le Mans Daytona Hybrid prototype race car in a world premiere at the Petersen Museum in Los Angeles. Although the car was spotted previously while testing on a racetrack in a camouflage livery, the Petersen Museum event was the first opportunity to see the BMW M Hybrid V8 in the race livery for the IMSA WeatherTech SportsCar Championship. BMW M Team RLL will field two cars for the 2023 season — in the top-level GTP class — beginning in January, with its race debut at the 61st running of the Rolex 24 at Daytona. 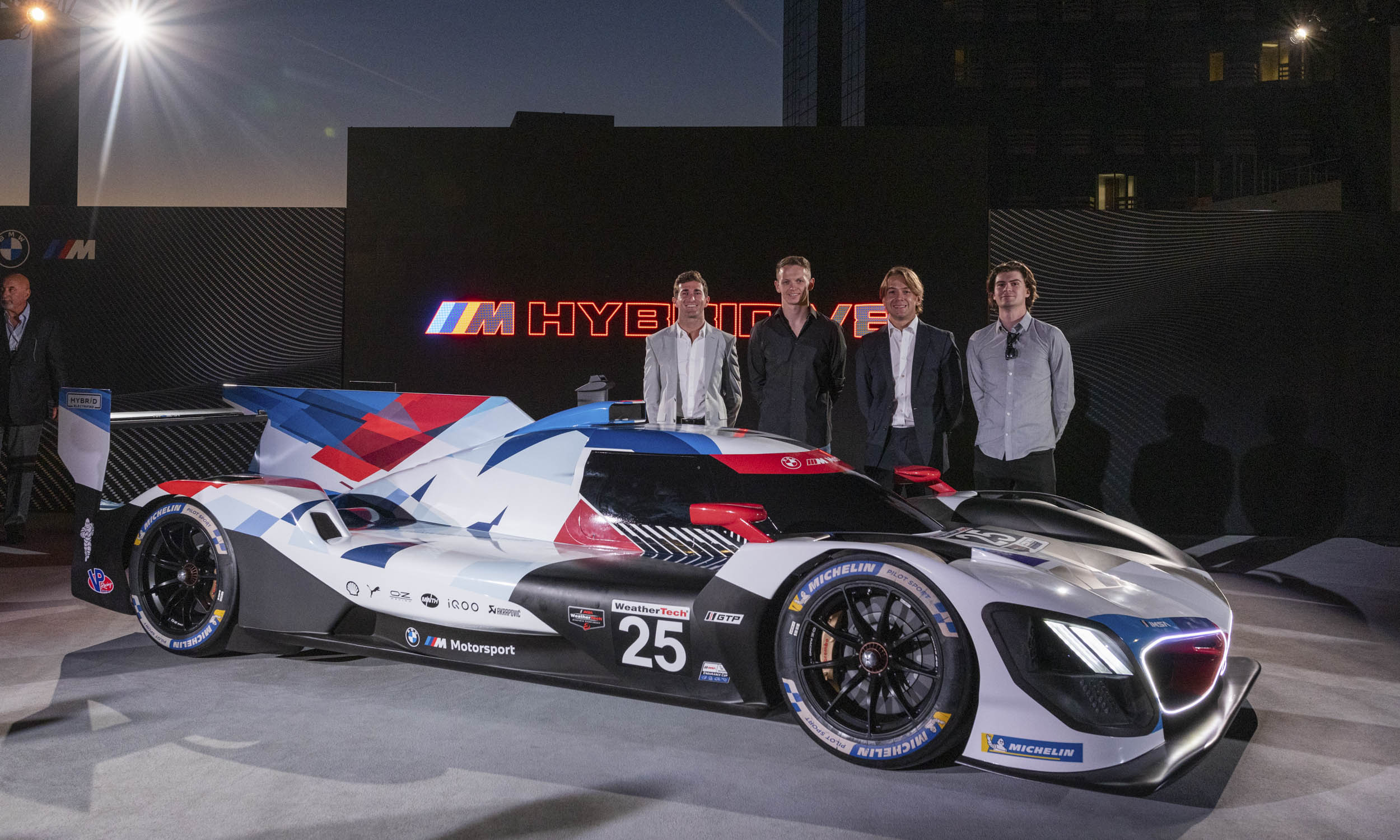 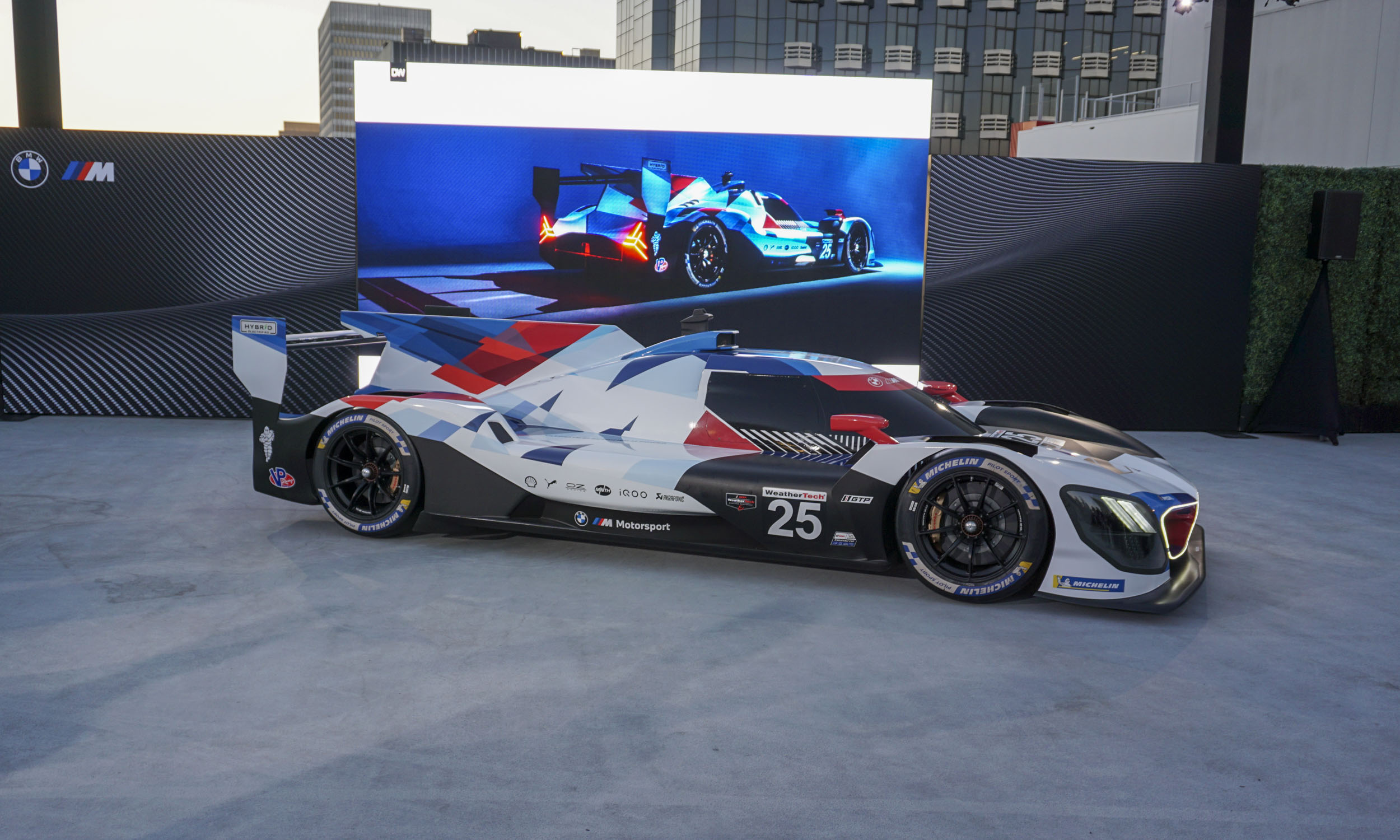 More Than a Race Car
“We are proud that, parallel to the 50th birthday of BMW M, we are returning to the big motorsport stage with the BMW M Hybrid V8,” said Franciscus van Meel, BMW M CEO. “We are delighted that this adventure begins in North America, the most important international market for BMW M GmbH. After all, the BMW M Hybrid V8 is more than just a race car, it is paving the way for an electric future for BMW M, by emphatically demonstrating how dynamic and emotional electrified M Power can be,” van Meel enthused. 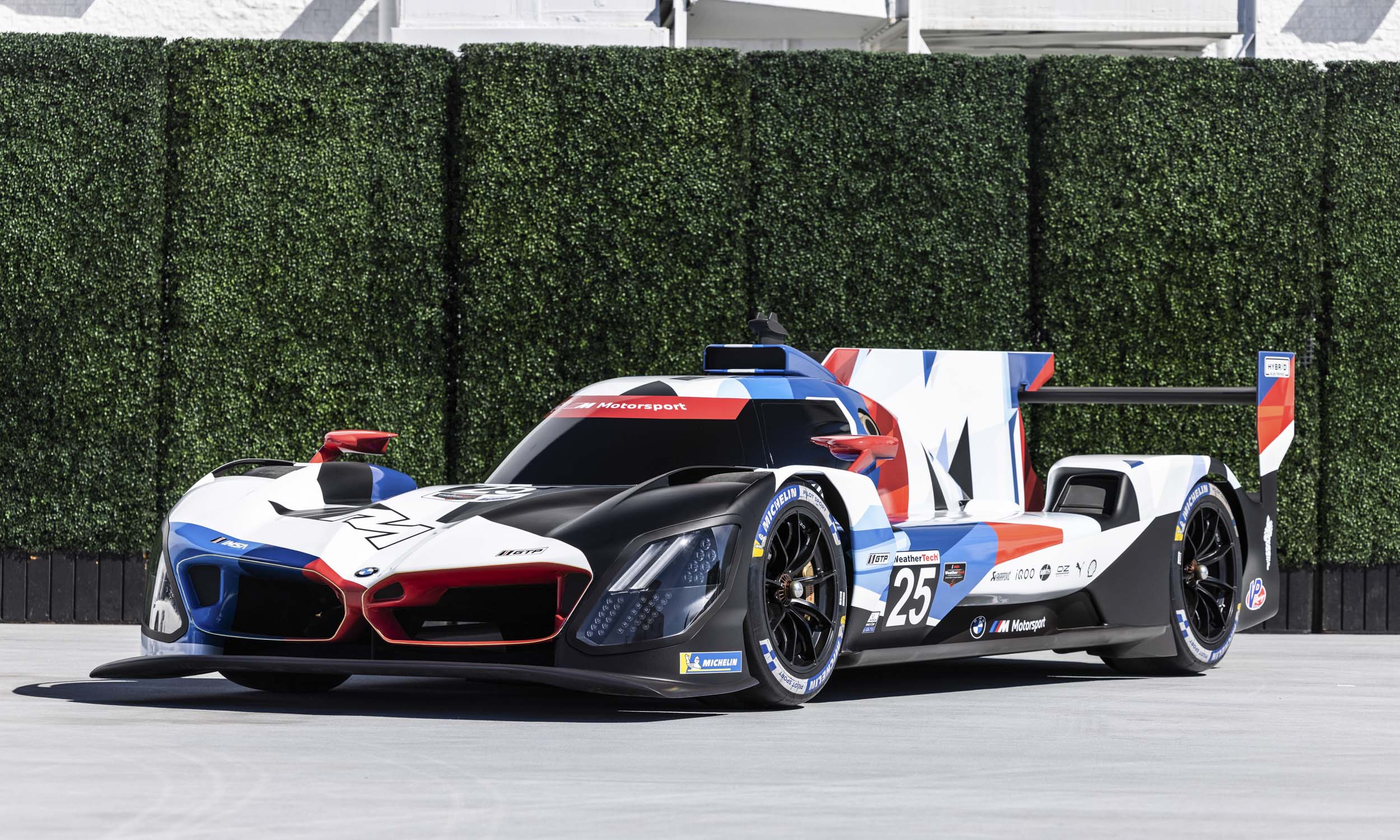 24 Hours of Le Mans
In July BMW announced a return to the 24 Hours of Le Mans in 2024, to contest the entire season of the FIA World Endurance Championship in the top Hypercars class with the BMW M Hybrid V8. This will mark the first time that a BMW M Motorsport prototype has competed for the overall victory at Le Mans since the legendary BMW V12 LMR won Le Mans 25 years ago. 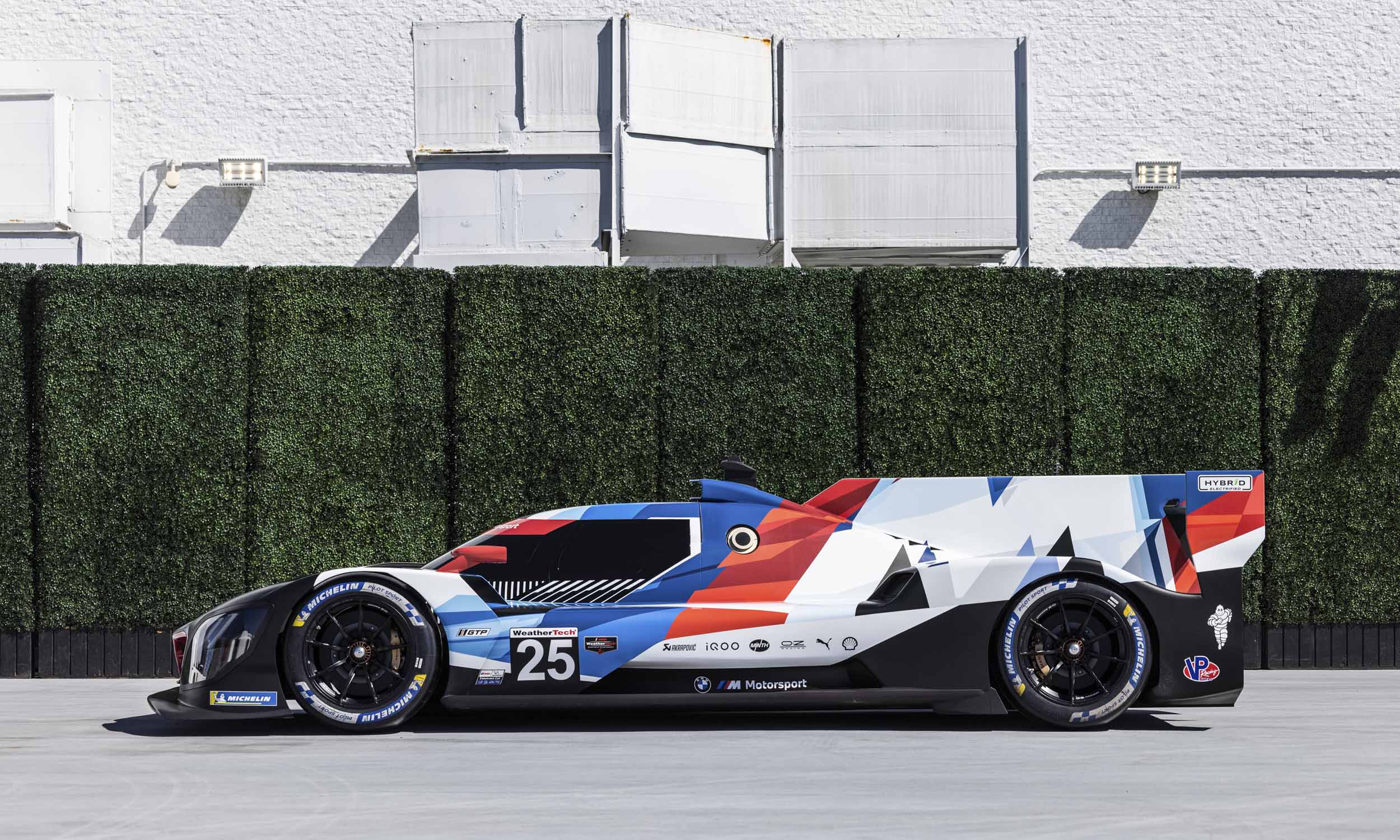 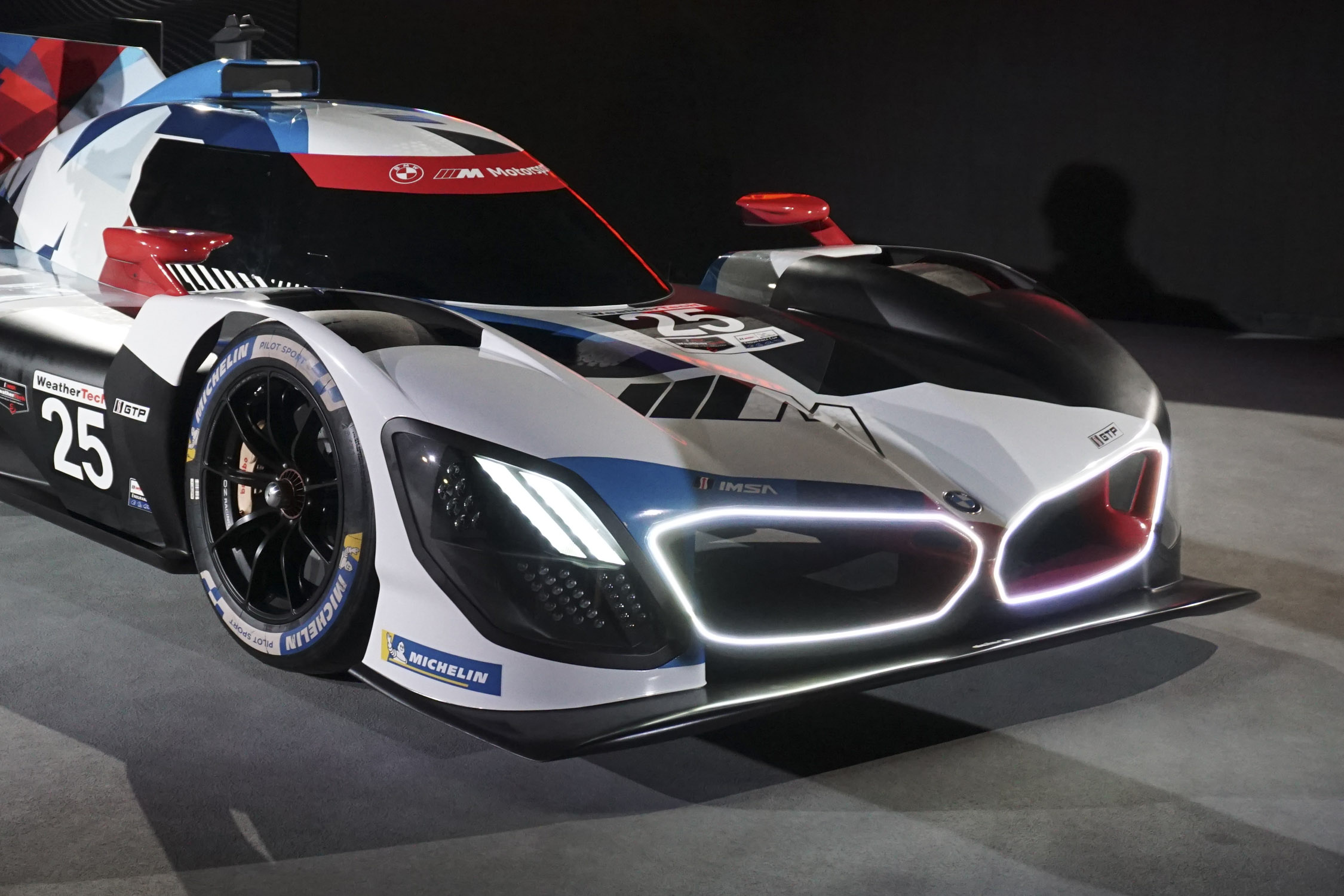 Kidney Grille Lighting
The iconic BMW kidney grille lighting features new technology from Swiss company L.E.S.S. SA. Developed as an alternative to LED, the light is generated by a nano-active optical fiber trigged by a laser. The system provides ultra-bright and ultra-uniform light within a very small form factor, saving weight and energy. This lighting technology was first shown on the BMW M Vision Next in 2019, and is now incorporated into the design of BMW’s new prototype M Hybrid V8. 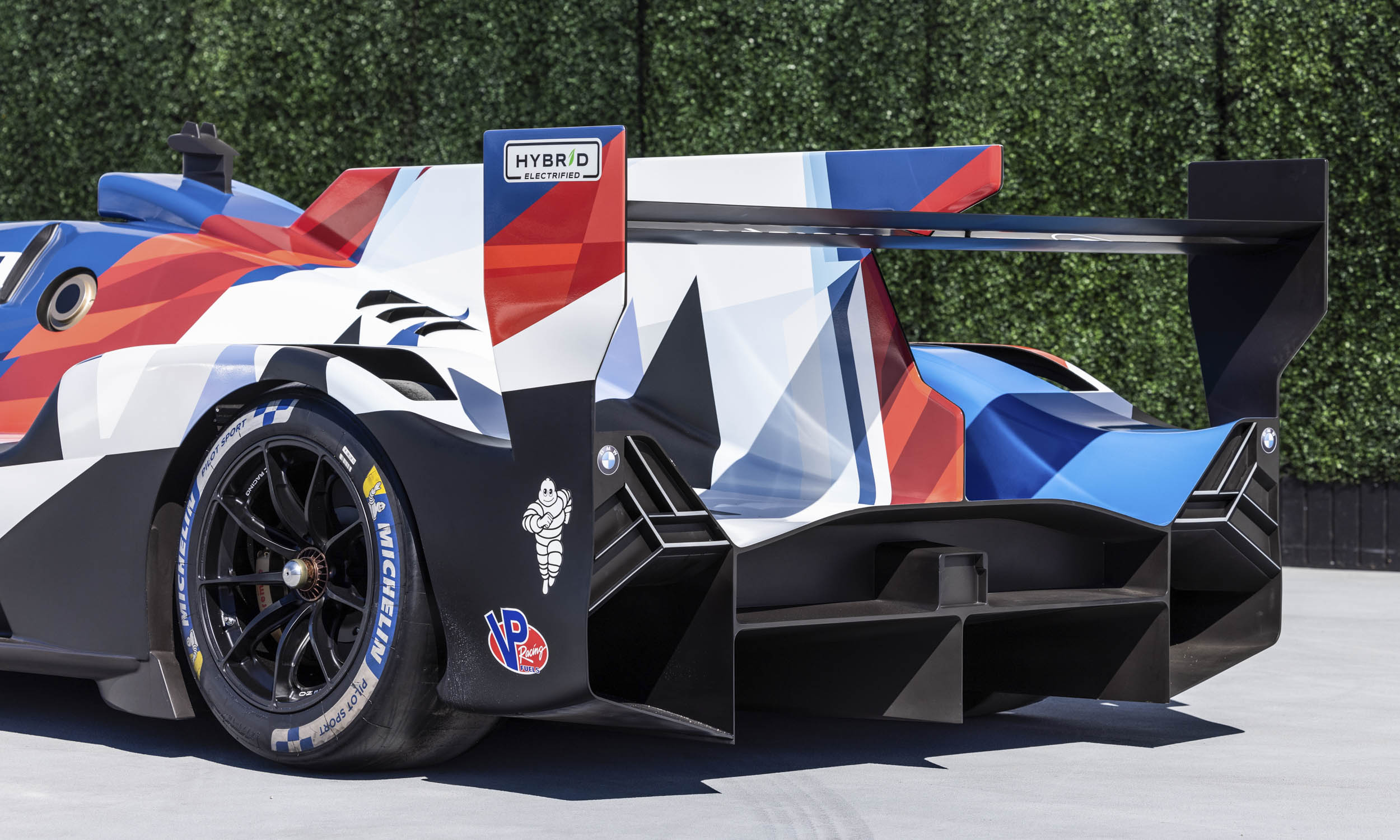 M Hybrid V8 Power
The BMW M Hybrid V8 is powered by a hybrid drivetrain that combines a twin-turbocharged 4.0-liter V8 engine with electric components including an e-motor, inverter and high-voltage battery. Total system output is estimated at 640 horsepower and 479 lb-ft or torque, with total output regulated by the racing sanctioning body. The combustion engine is based on the engine from the BMW M4 DTM that raced in 2017 and 2018. The hybrid system is capable of operating electric-only in the pit lane, for example. 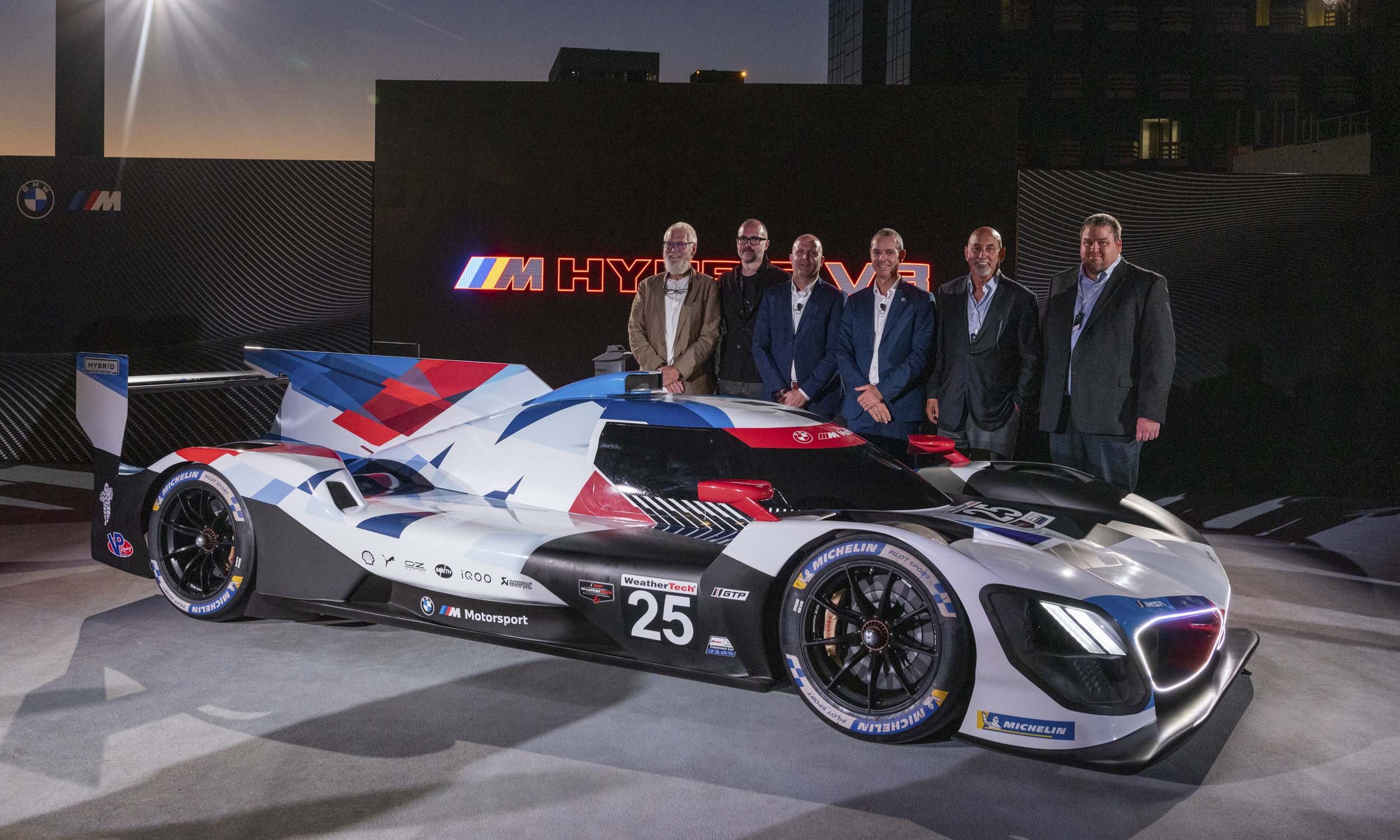 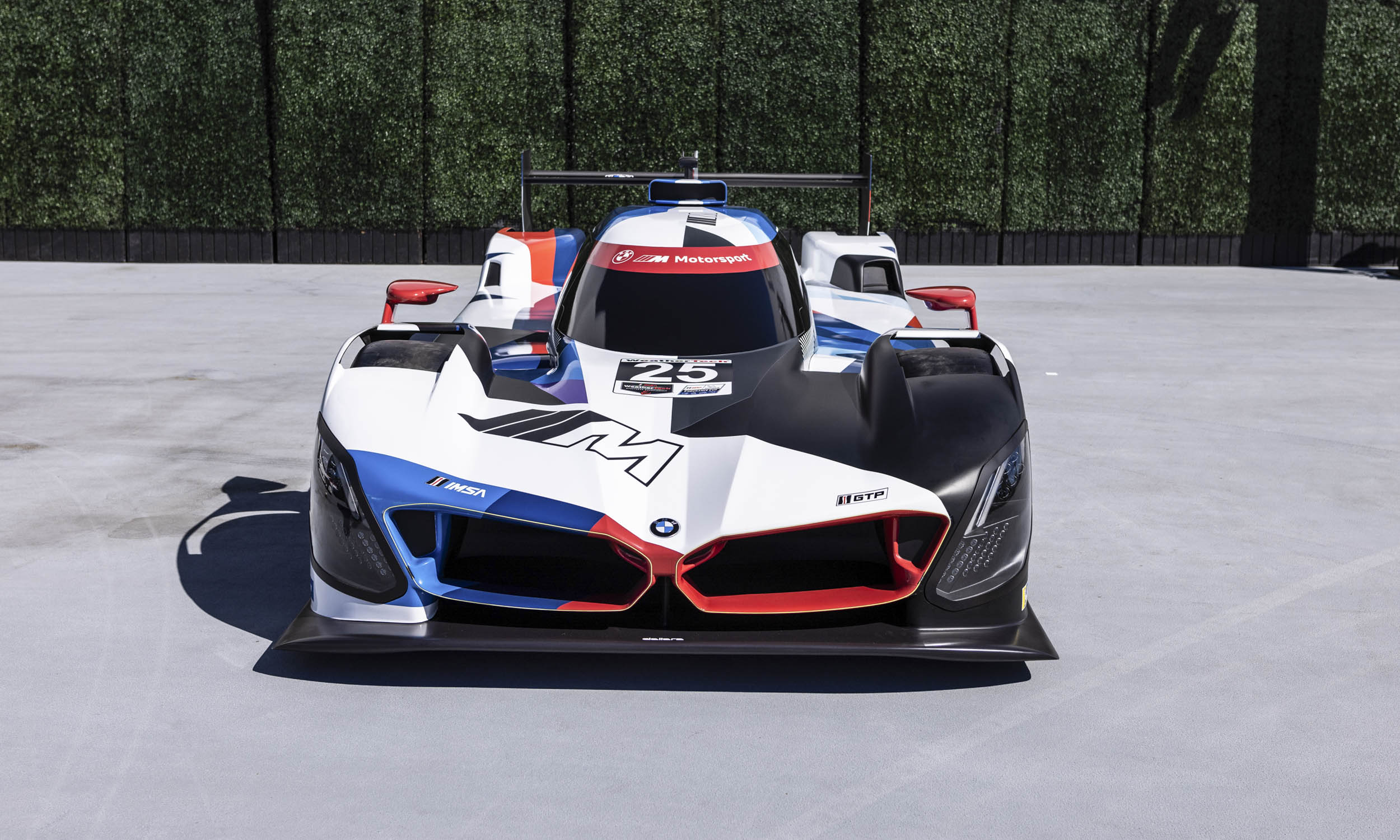 Make It Fast
“Being back in the top class of motorsport and battling for overall victories at such legendary races as Daytona, Sebring and Road Atlanta in 2023 is both a major challenge and huge motivation for everyone at BMW M Motorsport. We have worked very hard in recent months to get the BMW M Hybrid V8 ready for racing in a short time,” said Head of BMW M Motorsport Andreas Roos. “The BMW M Hybrid V8 is a beautiful race car. It is now our job to make it fast. We are working towards achieving this goal day by day and are confident that we will be ready in January when we really get down to business for the first time at Daytona,” Roos excitedly exclaimed.