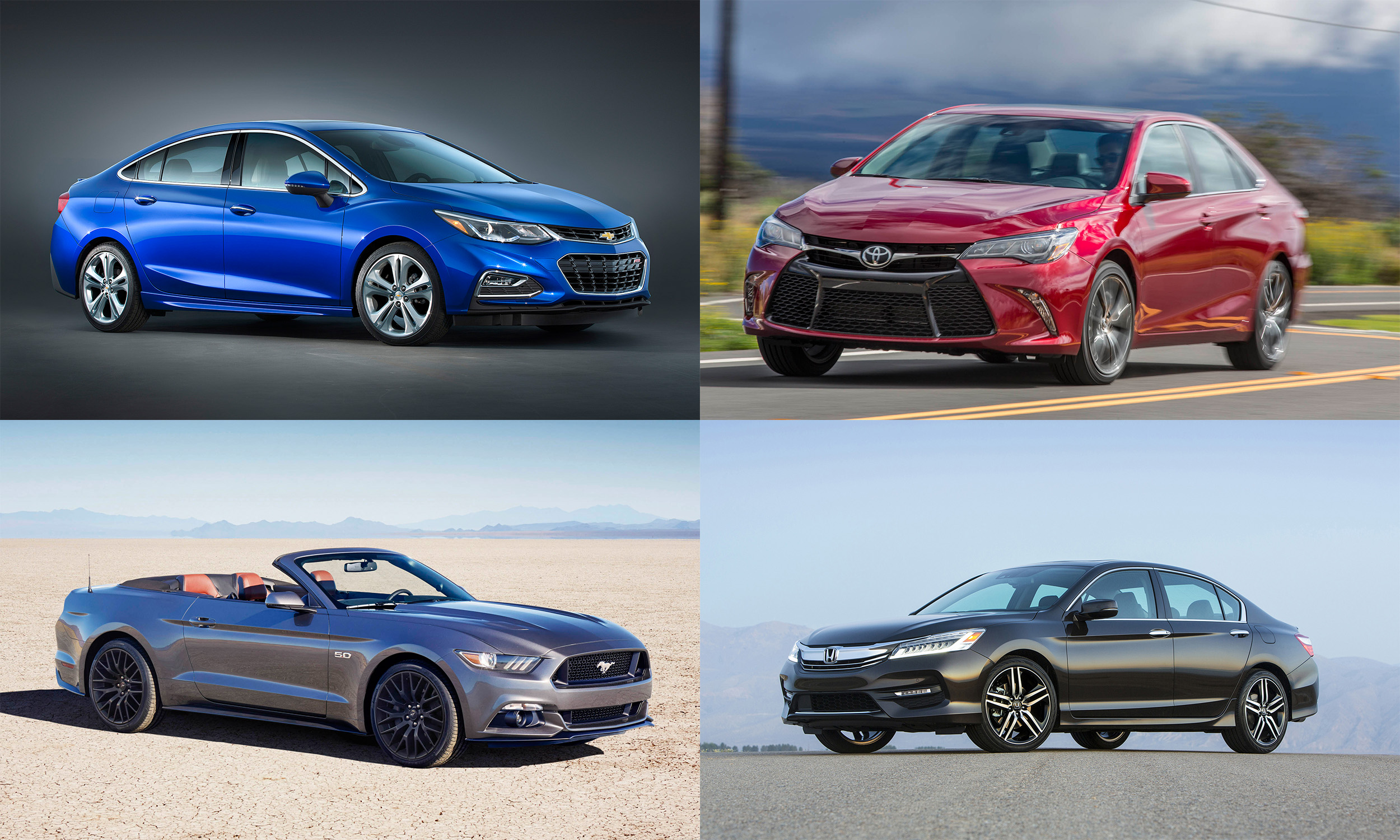 Bestselling Cars
Best-Selling Passenger Cars . . . So Far
The first quarter of 2016 is complete, and automobile sales numbers are still looking positive. Overall vehicle sales are up 3.3 percent year over year, but passenger cars are down just over 5 percent for the first quarter. It wasn’t all bad news for passenger cars— there were a few standouts among the major brands in March. Honda saw an increase of more than 10 percent in car sales for the first quarter compared to 2015. Other brands bucking the trend with increased car sales include Ford, Nissan, Hyundai and Subaru. Let’s count down the 20 best-selling passenger cars in America after the first three months of 2016, according to sales numbers compiled from individual auto manufacturers’ sales reports and goodcarbadcar.net. 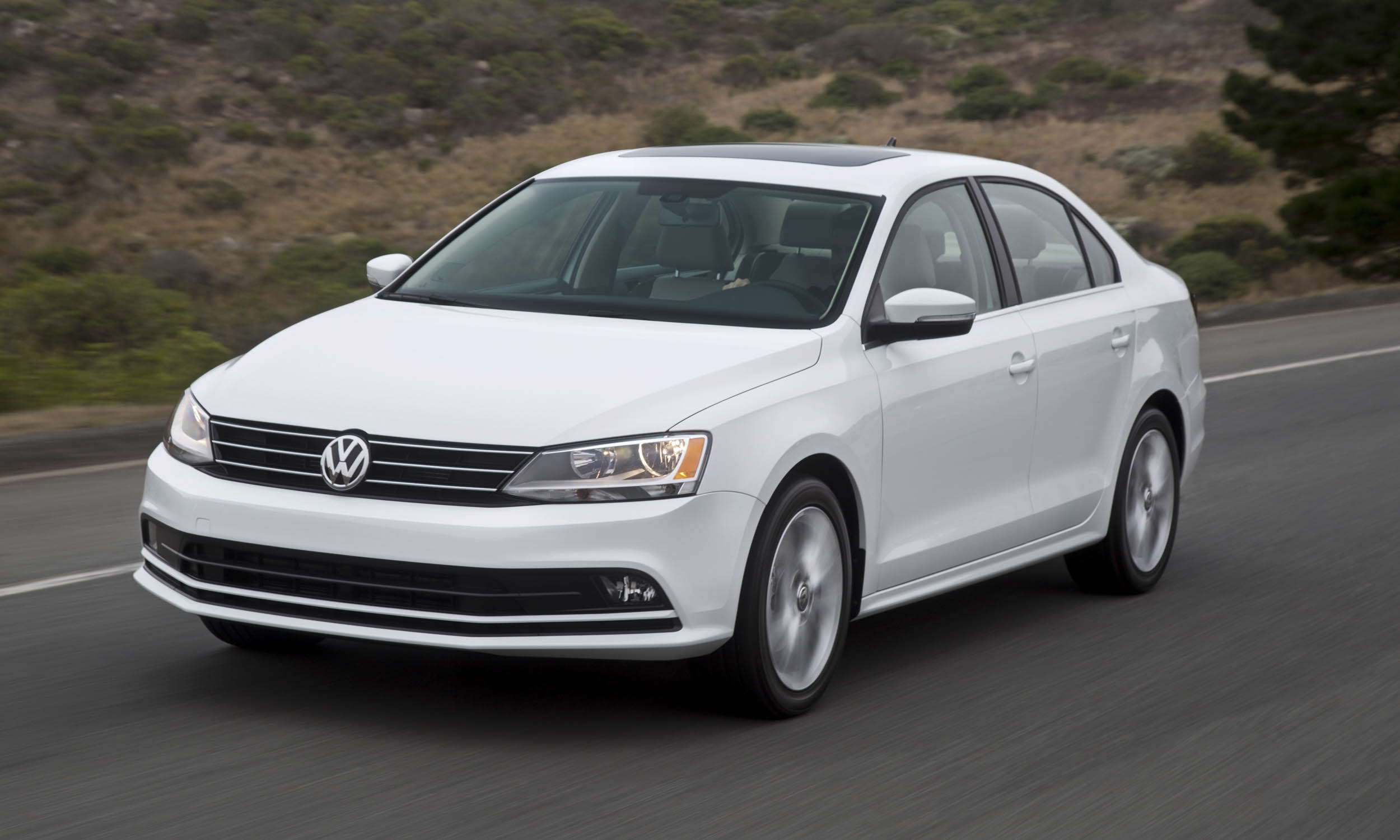 © Volkswagen of America
20. Volkswagen Jetta
YTD Sales: 28,023
Vs. 2015: -10.6%
Volkswagen continues to feel the pain of its diesel scandal. The fuel-efficient TDI used to generate a good portion of Jetta sales — the drop in sales year-over-year reflects the lack of the diesel in the lineup now. The Jetta has been updated for the 2016 model year with a number of new driver assistance systems as well as a new fuel-efficient 1.4-liter turbocharged engine. 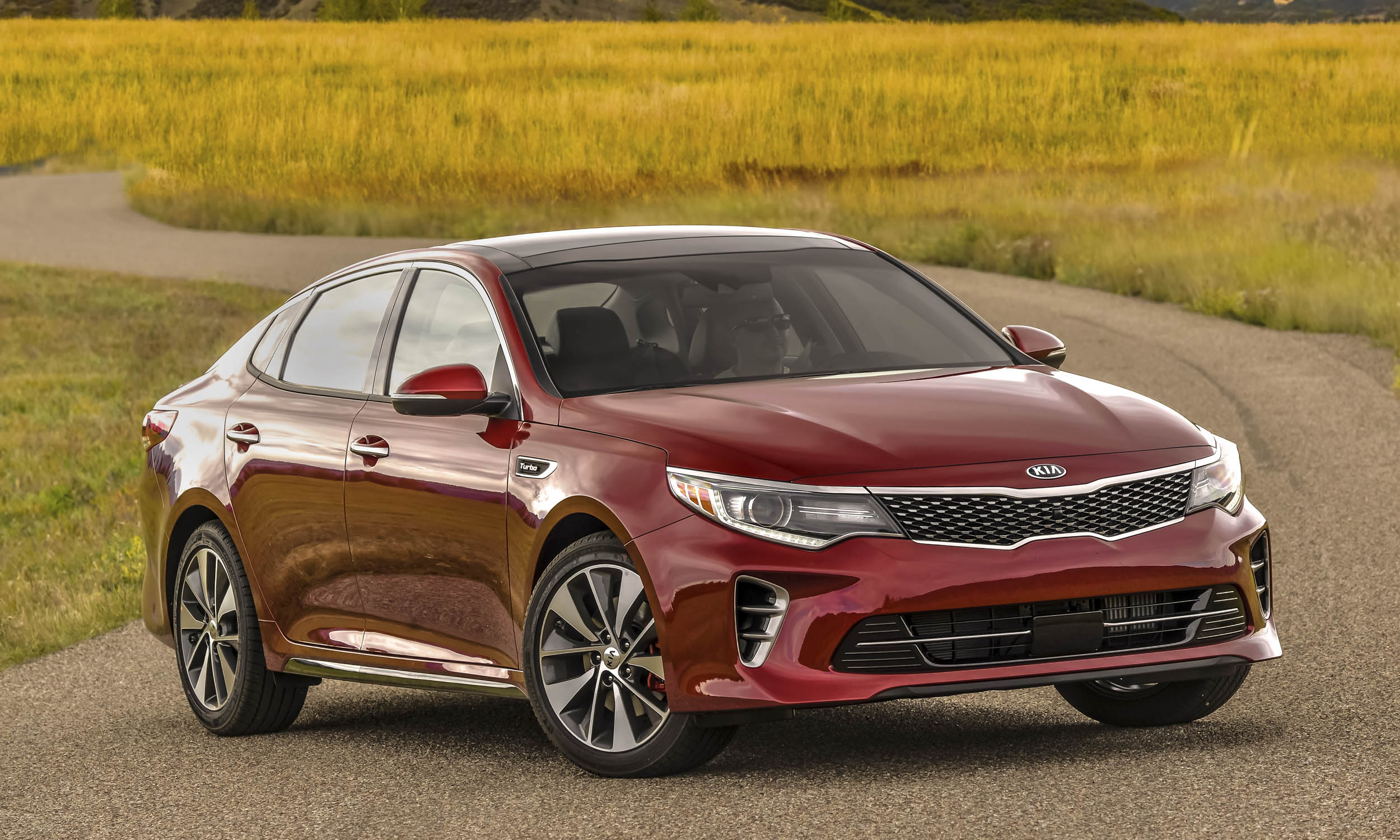 © Kia Motors America
19. Kia Optima
YTD Sales: 29,768
Vs. 2015: -18.4%
The Optima’s premium styling and materials have challenged car shoppers’ perceptions of the Korean automaker, and Kia anticipated the new 2016 Optima would have a positive effect on sales. But sales have been declining in the last few months — March numbers are down almost 25 percent compared to March 2015. The new Optima features fresh styling, more standard features and a suite of available high-tech safety equipment. 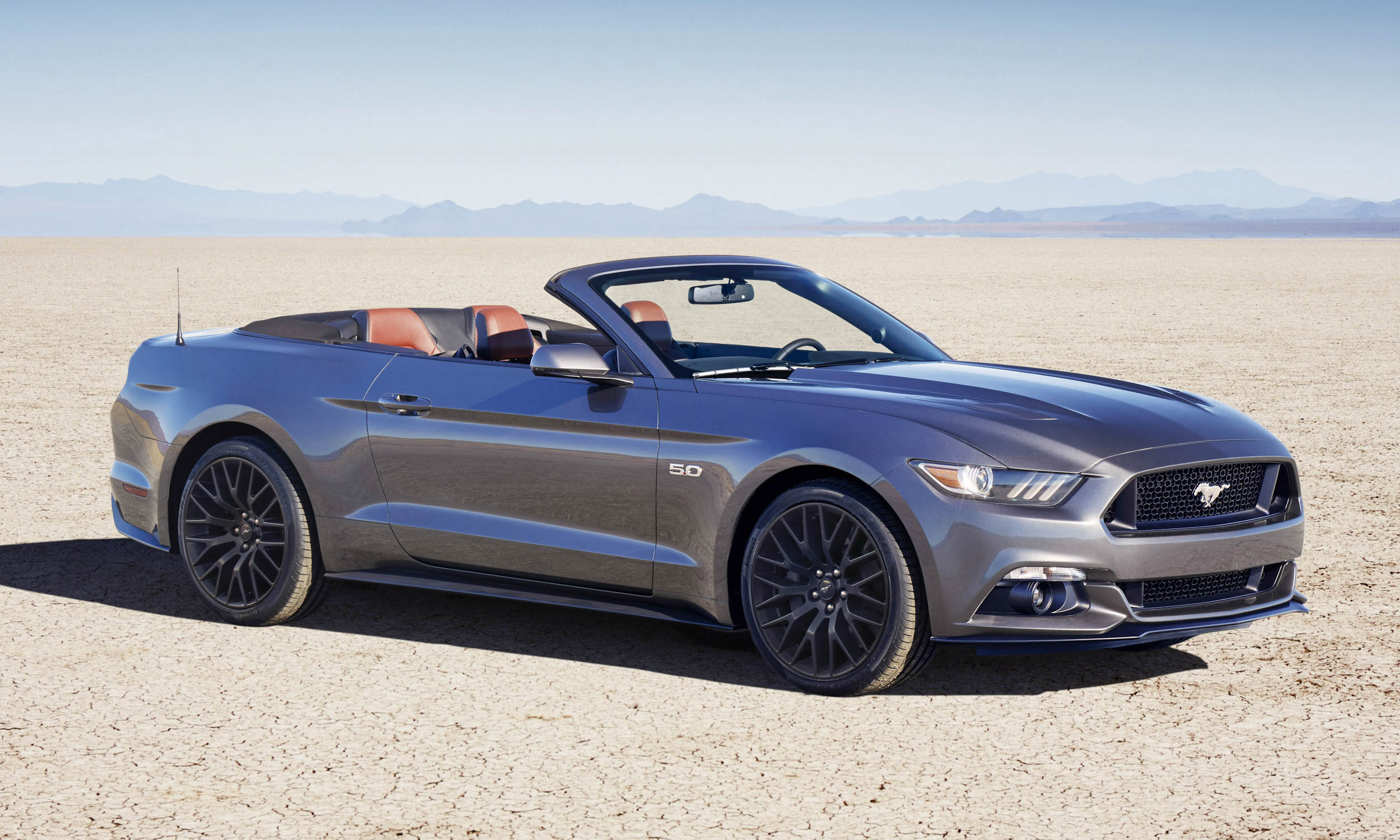 © Ford Motor Company
18. Ford Mustang
YTD Sales: 30,136
Vs. 2015: 1.1%
Completely redesigned for the 2015 model year, the Mustang saw a huge sales gain last year. One year later the momentum continues. The iconic pony car is available with a range of engines, including the Mustang’s first turbocharged powerplant as well as a 5.2-liter 526-horsepower V8 in the extreme Shelby GT350. For 2016 Ford has updated the infotainment system with the much-improved SYNC3. 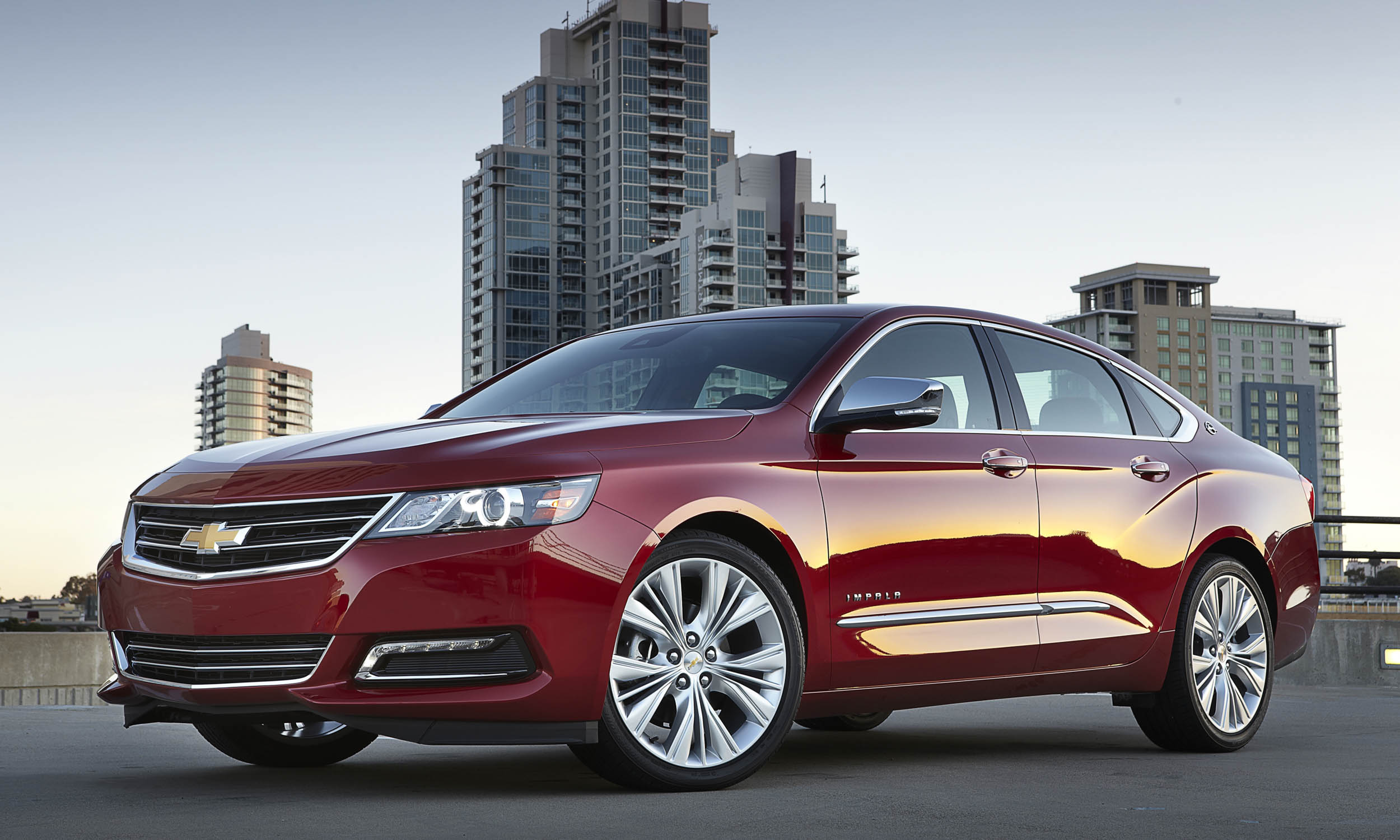 © General Motors
17. Chevrolet Impala
YTD Sales: 30,554
Vs. 2015: 12.2%
The Impala has seen some ups and downs in sales since it received a major redesign in 2014, but the start of 2016 is looking very strong for the full-size sedan. Currently in its tenth iteration — with a few breaks since it was first introduced in 1958 — Impala is available with a number of high-tech features including active noise cancellation, 4G LTE wireless connectivity, Adaptive Cruise Control, forward collision alert, a rearview camera and Apple CarPlay. 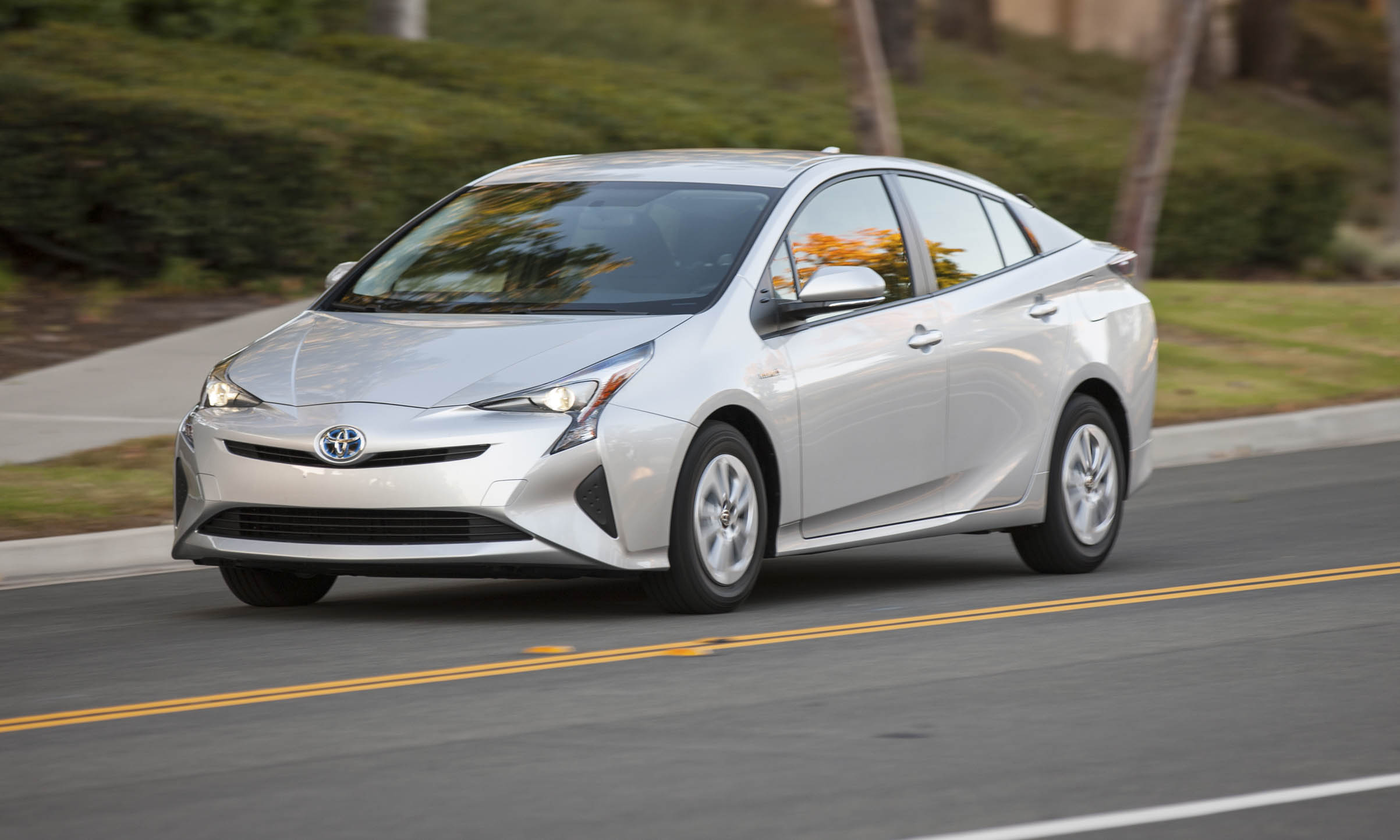 © Toyota Motor Sales USA
16. Toyota Prius
YTD Sales: 31,936
Vs. 2015: -20.8%
Sales of the hybrid Toyota Prius have been steadily dropping over the last few years — March saw a decline of almost 25 percent compared to March 2015. The market for the fuel-efficient sedan has been greatly affected by the relatively low price of gasoline — it is harder to justify the premium for a hybrid when fuel doesn’t cost $4 per gallon. However, Toyota has just rolled out an all-new greatly-improved Prius — perhaps it will be enough to turn sales around. 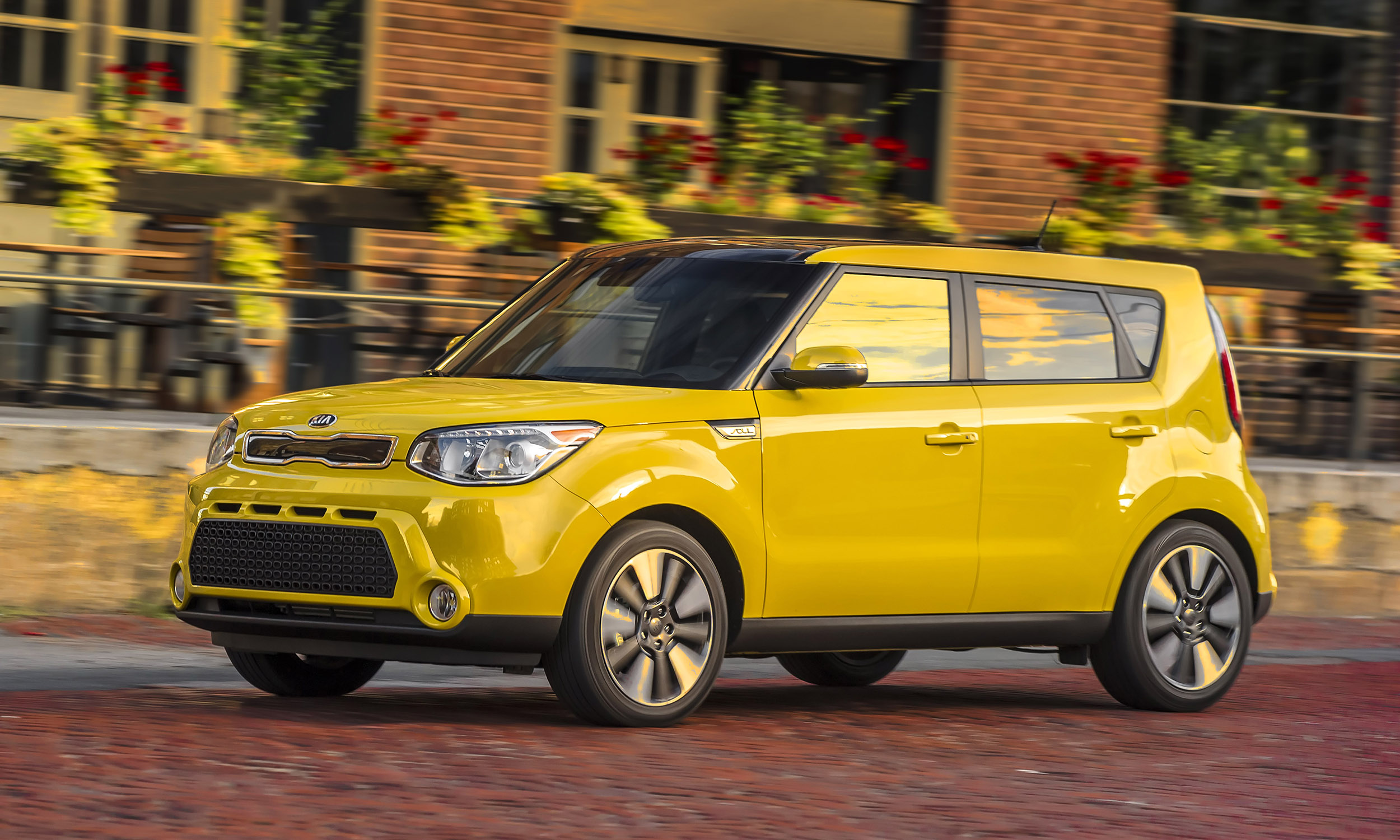 © Kia Motors America
15. Kia Soul
YTD Sales: 33,076
Vs. 2015: 7.3%
The Soul is somewhat unique in the marketplace, especially since the other boxy small cars — Scion xB and Nissan Cube — are no longer available. Sales of Kia’s best-seller did drop slightly for the month of March, but overall the Soul is doing well this year. Featuring a number of new comfort and convenience features for the 2016 model year, Soul is available with a choice of gasoline engines or an all-electric powerplant in the Soul EV. 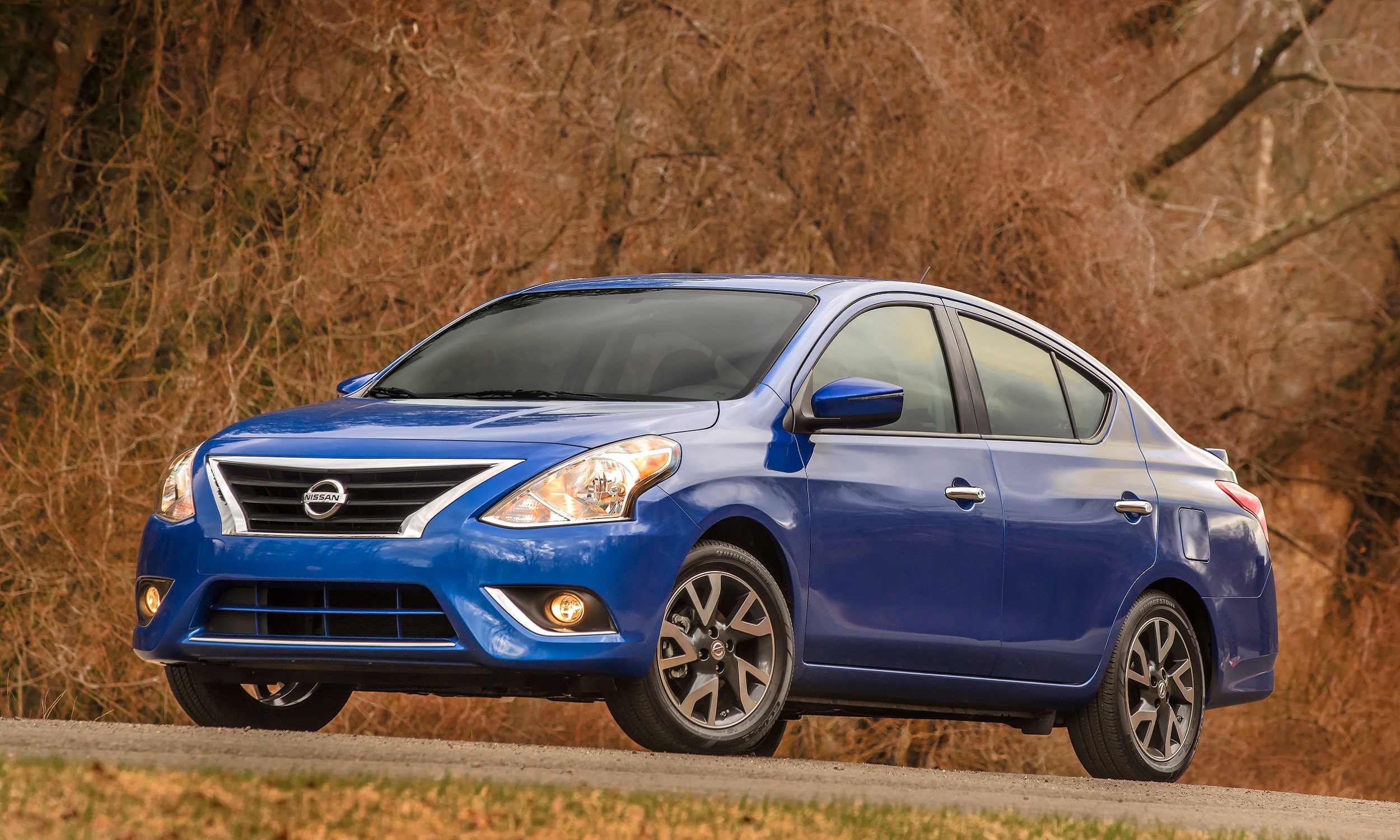 © Nissan North America, Inc.
14. Nissan Versa
YTD Sales: 36,499
Vs. 2015: -1.3%
Sales may be down slightly for the Versa in the first quarter of 2016, but this small had a strong March with sales up 11.7 percent vs. March of 2015. With a base manufacturer’s suggested retail price of $11,990, Versa holds the honor of being the lowest-price new car in America. Redesigned last year, the Versa offers good value with a surprisingly roomy interior and a highway fuel-economy rating of 40 mpg. 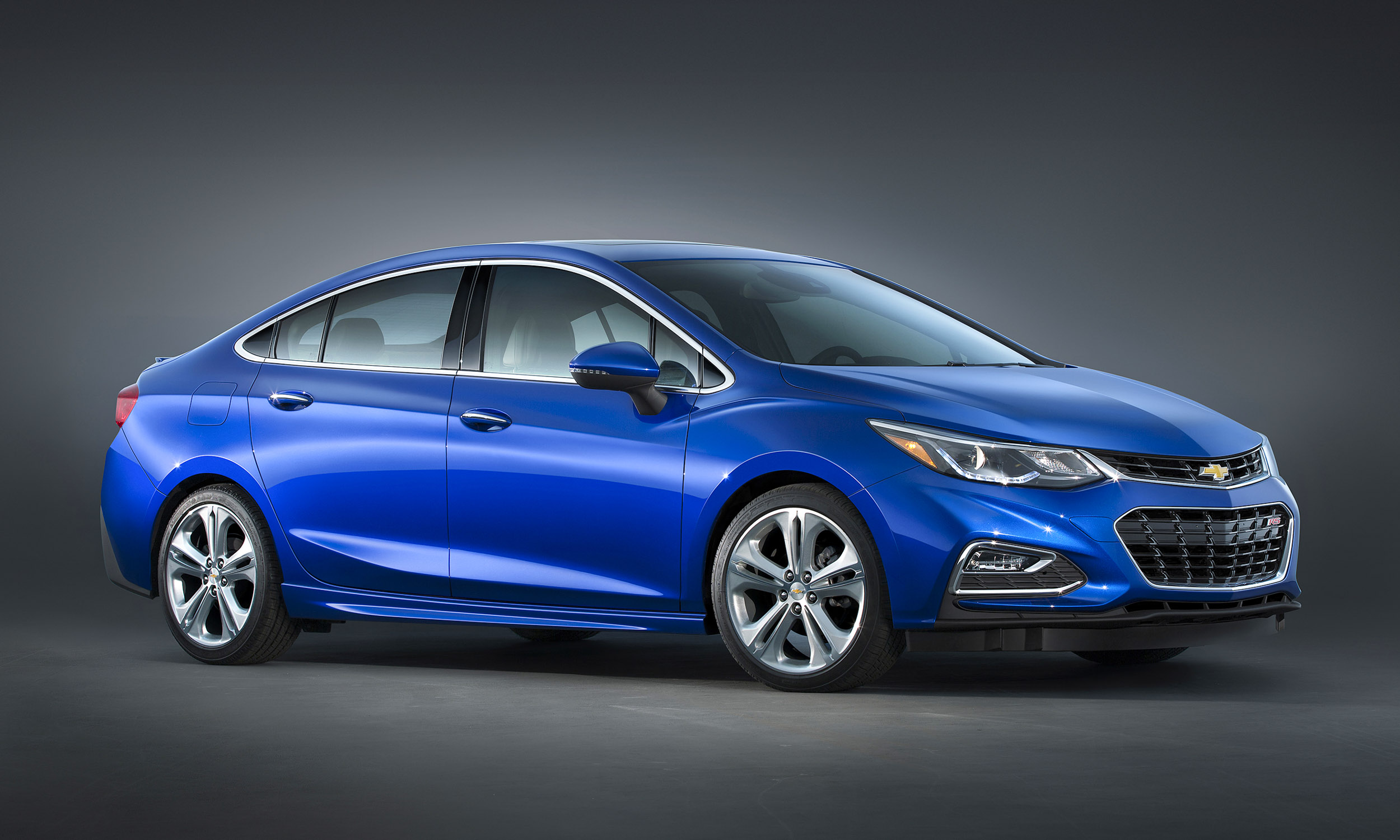 © General Motors
13. Chevrolet Cruze
YTD Sales: 37,241
Vs. 2015: -38.5%
The economical Cruze was recently the best-selling passenger car in the GM roster; however, the small car has experienced a major drop in sales over the last few months. March sales dropped almost 60 percent compared to March of 2015. That said, an all-new Cruze has been introduced for the 2016 model year and should be coming to market later this year with updated styling, a fuel-efficient turbocharged engine and a complete set of advanced safety equipment. 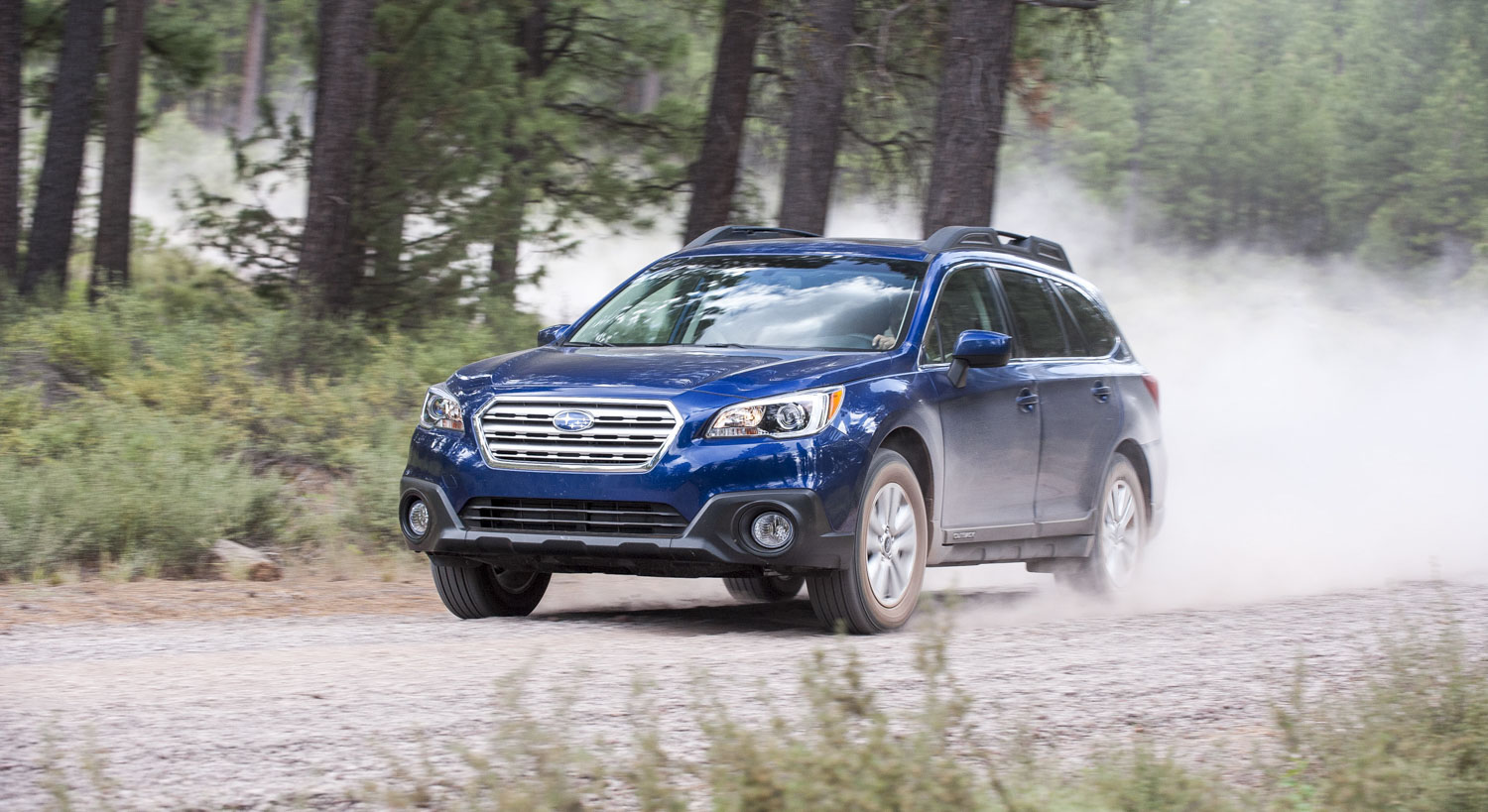 © Subaru of America
12. Subaru Outback
YTD Sales: 37,271
Vs. 2015: 5.0%
Subaru has seen 52 consecutive months of month-over-month sales increases, and the first quarter of 2016 was the best quarter the company has ever had. Completely updated for the 2016 model year, the Outback has certainly done its part to increase the brand’s sales — in fact, this was the best March on record for Outback. One of the original crossovers on the market, the Outback features full-time all-wheel drive as well as the Eyesight safety system. 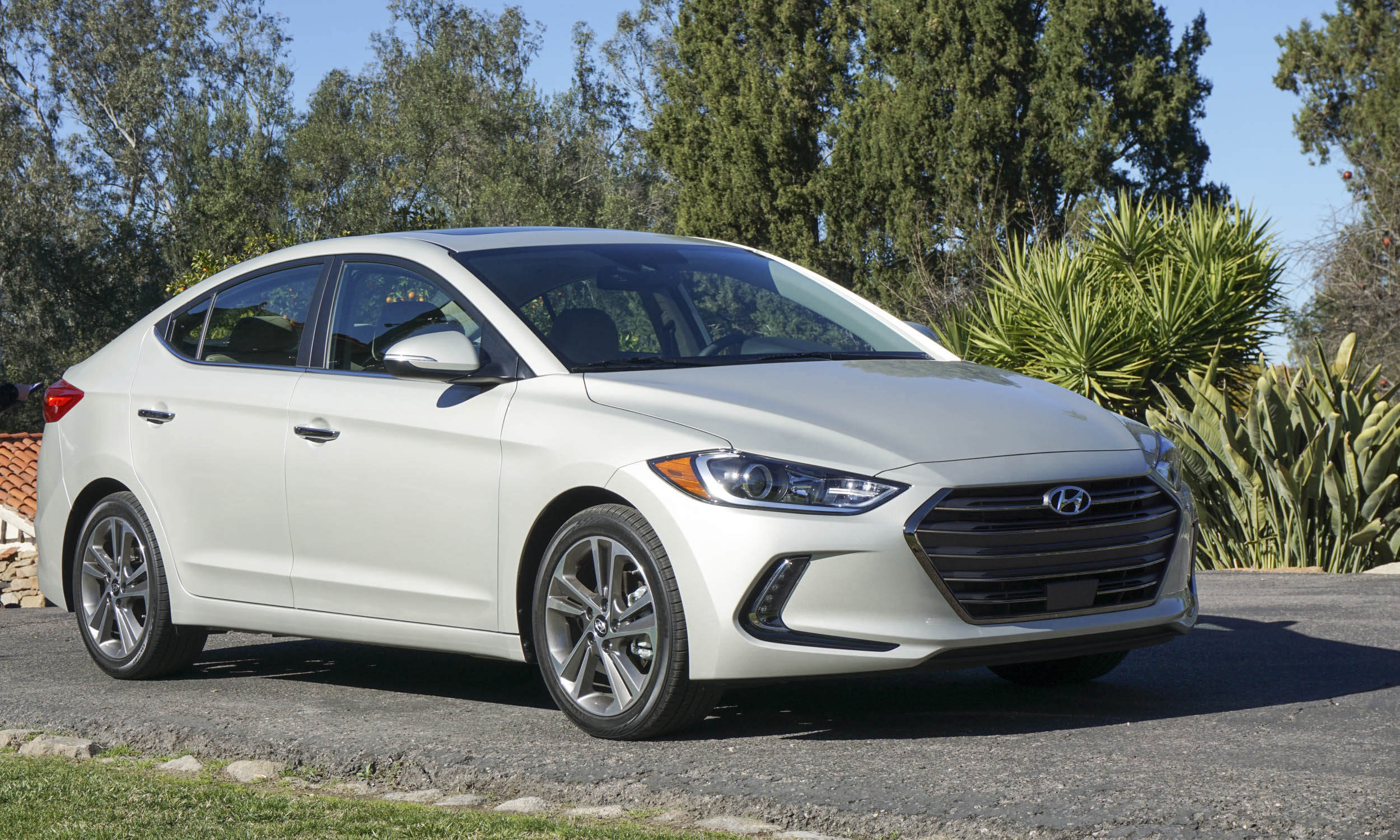 © Perry Stern, Automotive Content Experience
11. Hyundai Elantra
YTD Sales: 39,363
Vs. 2015: -30.6%
Hyundai’s sales leader in 2015, the Elantra was instrumental in helping the Korean car company achieve its best sales year ever last year. Sales of the compact sedan have taken a dip in the first quarter of 2016 — perhaps a slowdown in anticipation of the all-new Elantra now arriving in showrooms. The all-new 2017 Elantra features fresh styling, a more spacious interior, a new fuel-efficient powerplant and a number of advanced safety and convenience features. 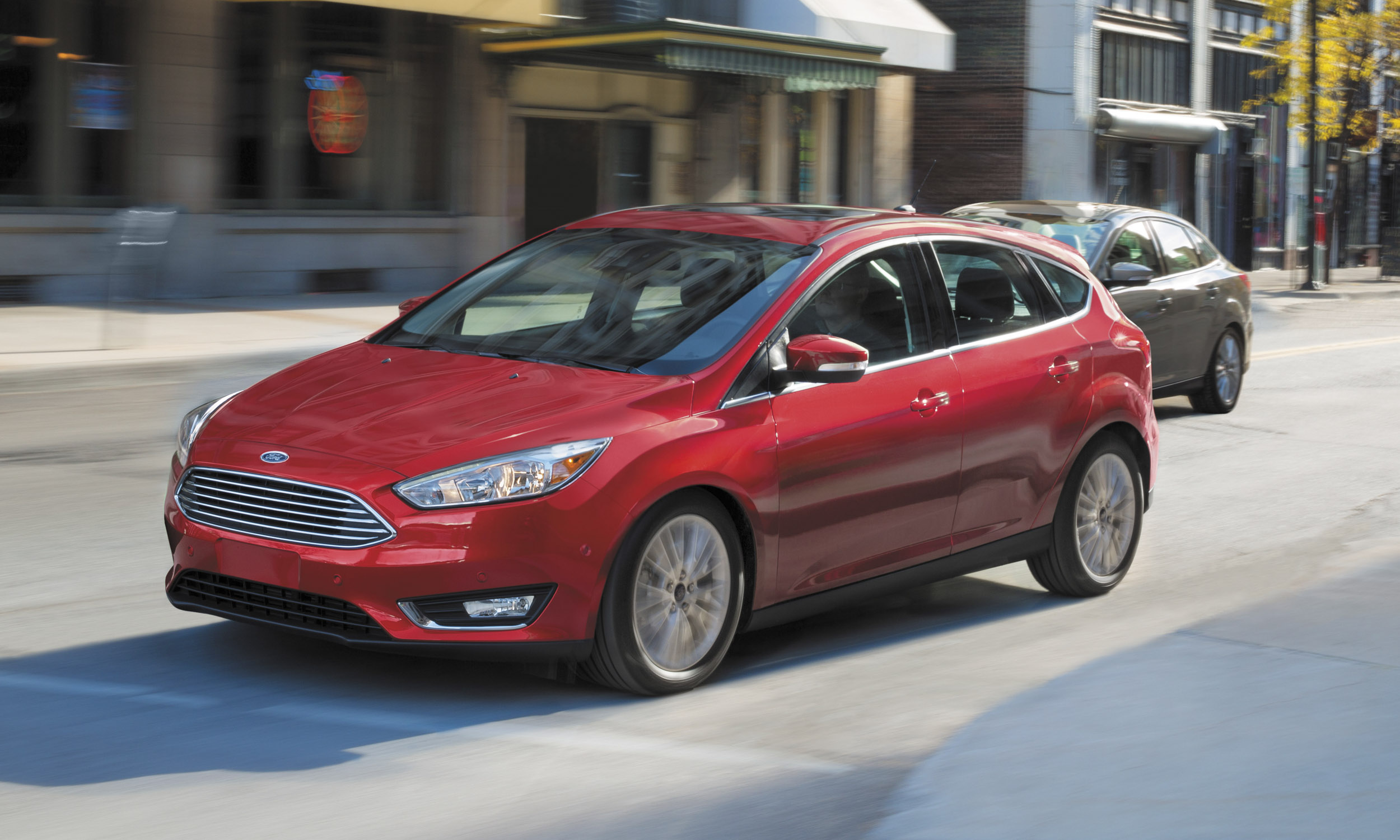 © Ford Motor Company
10. Ford Focus
YTD Sales: 50,215
Vs. 2015: -5.2%
Sales of the Focus had increased in February 2016, but experienced a rather large drop in March — down 9.2 percent compared to 2015. Although overall Focus sales are down slightly for the year, the small car is holding steady as the 20th best-seller in America. With engines ranging from the efficient 1.0-liter EcoBoost to the powerful 350-horsepower EcoBoost found in the new RS, the Focus is a great small-car option. For 2016 Focus offers the SYNC 3 enhanced voice recognition and entertainment system as well as new high-tech safety features. 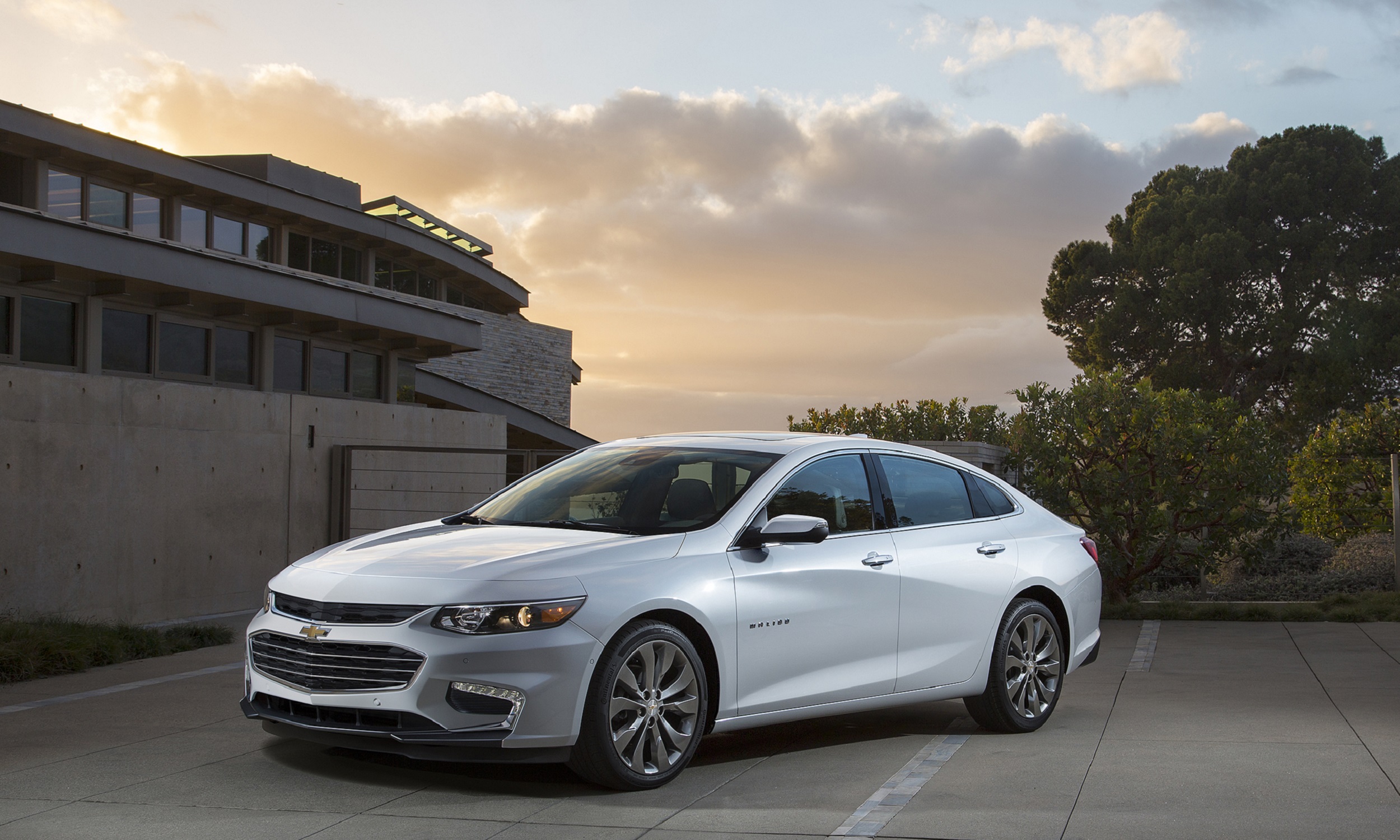 © General Motors
9. Chevrolet Malibu
YTD Sales: 58,222
Vs. 2015: 37.3%
The Chevrolet Malibu has been completely redesigned for the 2016 model year, and it’s clear from the sales numbers that the new look has been well received. A finalist for 2016 North American Car of the Year, the Malibu is new from the ground up with a roomier interior, high-tech features such as Android Auto and Apple CarPlay, fresh styling and a new hybrid powertrain expected to deliver up to 48 mpg in the city. 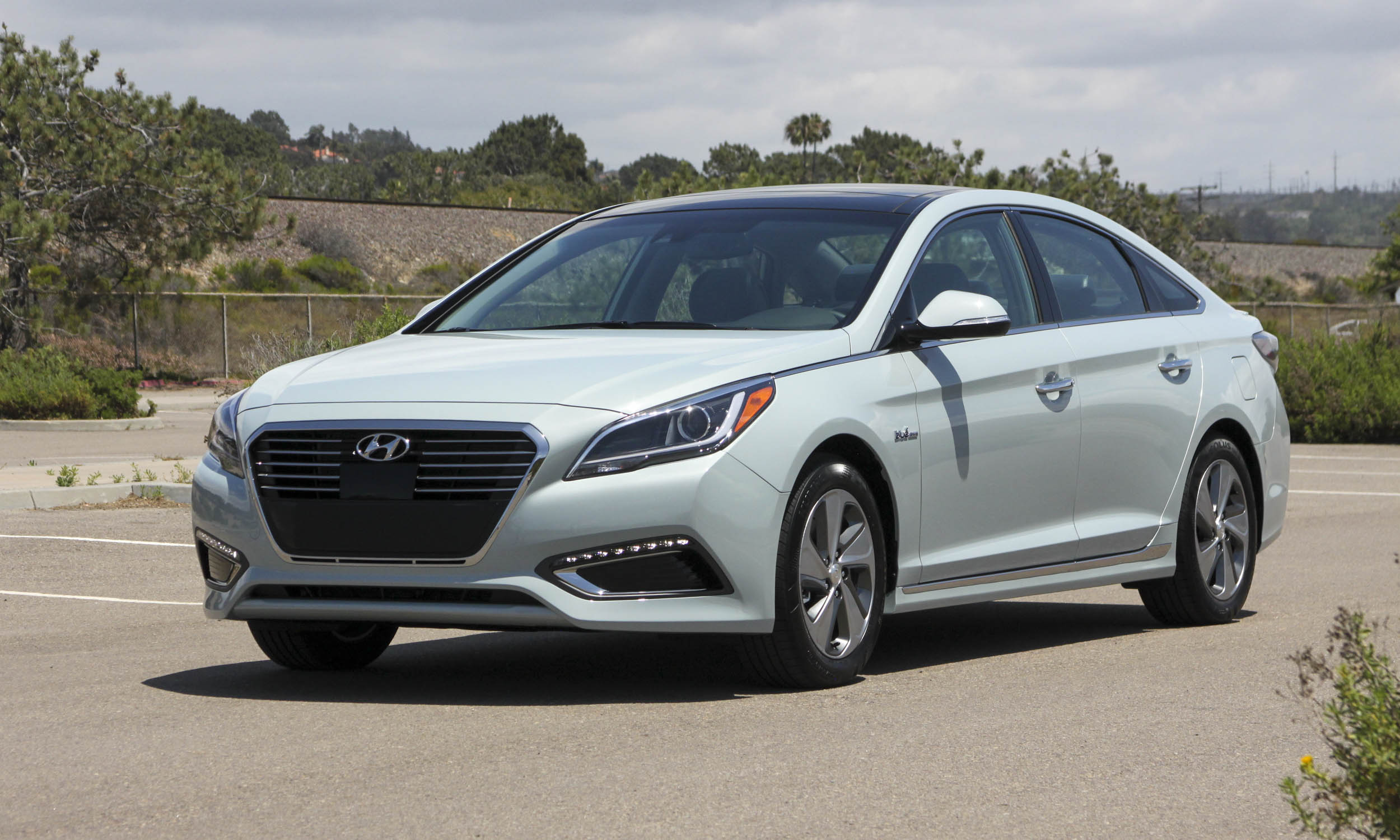 © Perry Stern, Automotive Content Experience
8. Hyundai Sonata
YTD Sales: 61,457
Vs. 2015: 37.5%
The Hyundai Sonata was all-new for the 2015 model year, and the redesigned sedan has seen healthy sales since its introduction. In fact, March 2016 was the best sales month ever for Sonata, as well as for the entire Hyundai brand. The stylish 4-door sedan is available with a number of different powertrains, including a very efficient plug-in hybrid system. Sonata gets a number of improvements for the 2016 model year, including better fuel economy and the availability of an Automatic Emergency Braking system. 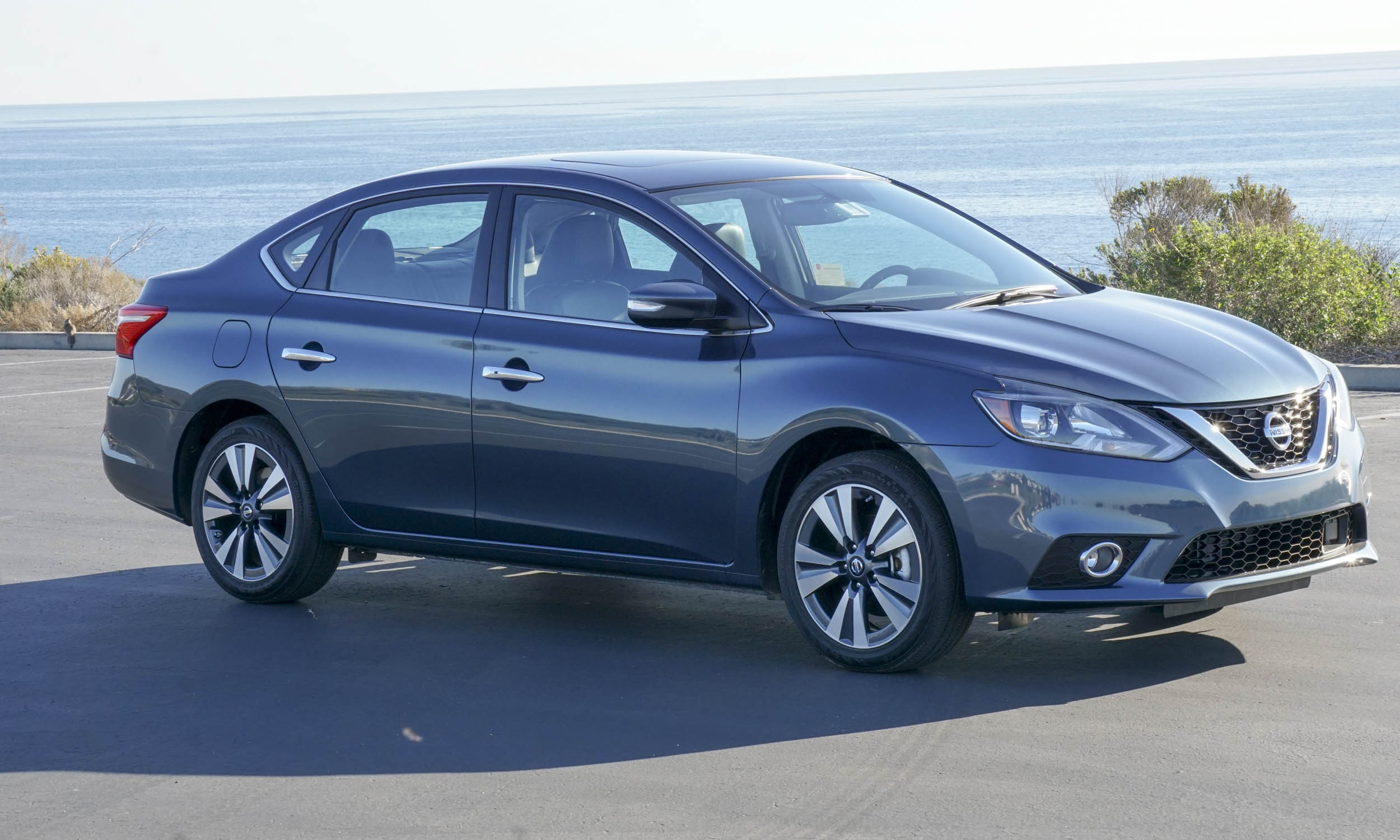 © Perry Stern, Automotive Content Experience
7. Nissan Sentra
YTD Sales: 62,944
Vs. 2015: 23.4%
Sentra had a very healthy sales jump in March, up 23 percent compared to March of 2015. This impressive sales growth could be attributed to the introduction of a new Sentra for 2016 with updated styling, retuned suspension and a freshened interior. Apparently these changes are helping sustain and increase Sentra’s sales momentum. 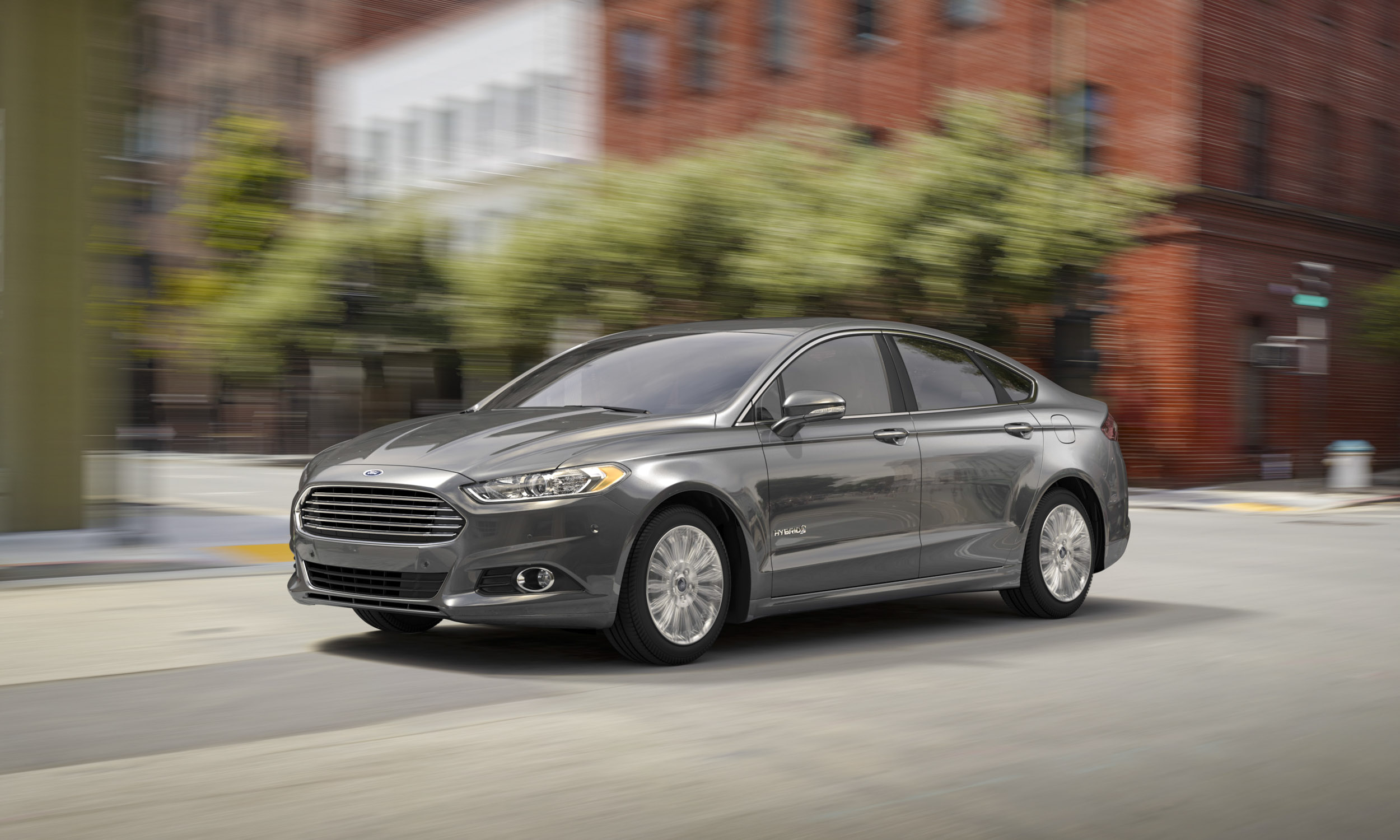 © Ford Motor Company
6. Ford Fusion
YTD Sales: 74,994
Vs. 2015: 4.9%
Fusion continues to hold the honor of being the best-selling domestic-brand passenger car in America. Sales have had a good start this year, with a 2.2 percent increase in March versus a year ago. With available all-wheel drive and a variety of engine choices — including a very efficient plug-in hybrid — the Fusion makes a great option as a stylish family sedan. Look for a revised 2017 Fusion coming to showrooms soon. 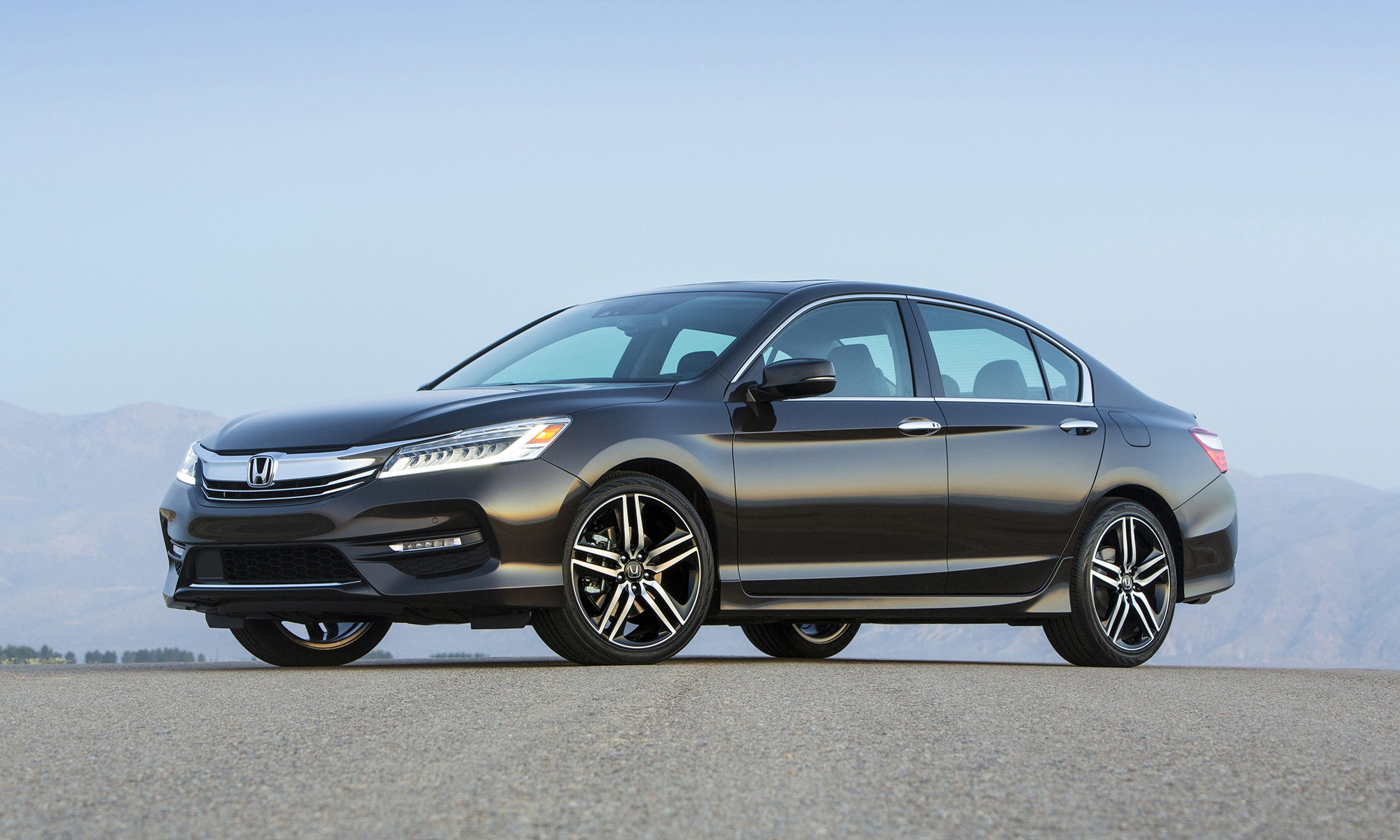 © Honda North America
5. Honda Accord
YTD Sales: 77,073
Vs. 2015: 12.3%
Although Accords may not be rolling off car lots at the same phenomenal rates as years past, with a strong 17 percent increase in March over February the popular family car is experiencing some positive growth. Available as a sedan or coupe, Accord remains one of the best-selling passenger cars in America. Overall Honda sales are up about 7 percent compared to this time last year. 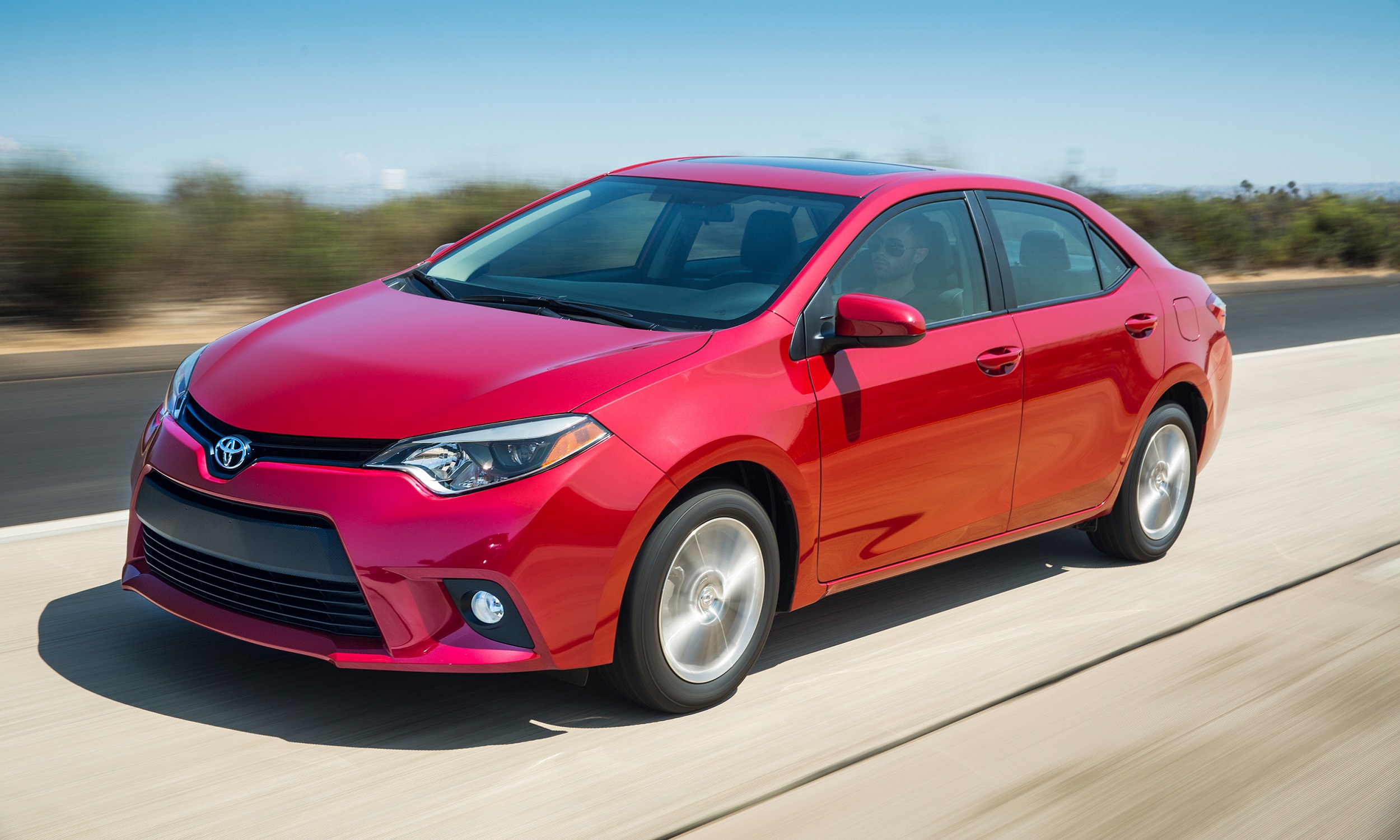 © Toyota Motor Sales, U.S.A., Inc.
4. Toyota Corolla
YTD Sales: 84,260
Vs. 2015: -7.1%
The Corolla certainly is an old-timer —in name at least. Although the car was redesigned last year, the name has been around since 1966 and — according to Toyota — more than 40 million Corollas have been sold since its introduction. Corolla sales are down year over year with a drop of more than 8 percent compared to March of 2015, contributing to Toyota’s overall sales decline year over year. 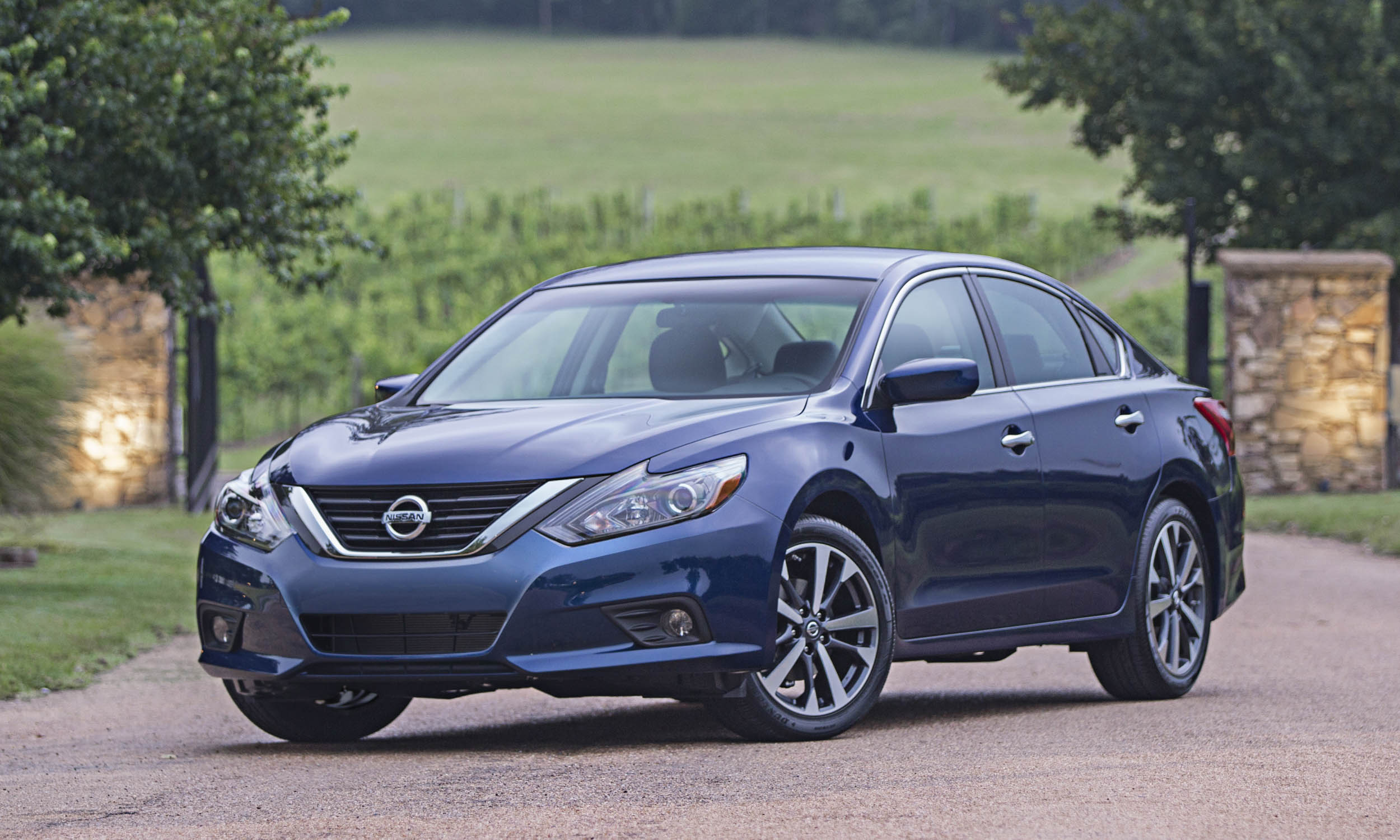 © Nissan North America
3. Nissan Altima
YTD Sales: 85,332
Vs. 2015: -1.8%
It may be one of only three Nissans on this list of 20 best-selling cars in America, but the Altima brings a lot to the party. Although sales are down slightly for the year, March numbers had a strong 8.9 percent increase compare to 2015. Nissan’s best-seller gets refreshed for the 2016 model year with new exterior and interior styling, enhanced technology and connectivity, a new Altima SR sports trim and new available safety features. Fuel economy also gets a bump for the new model year. 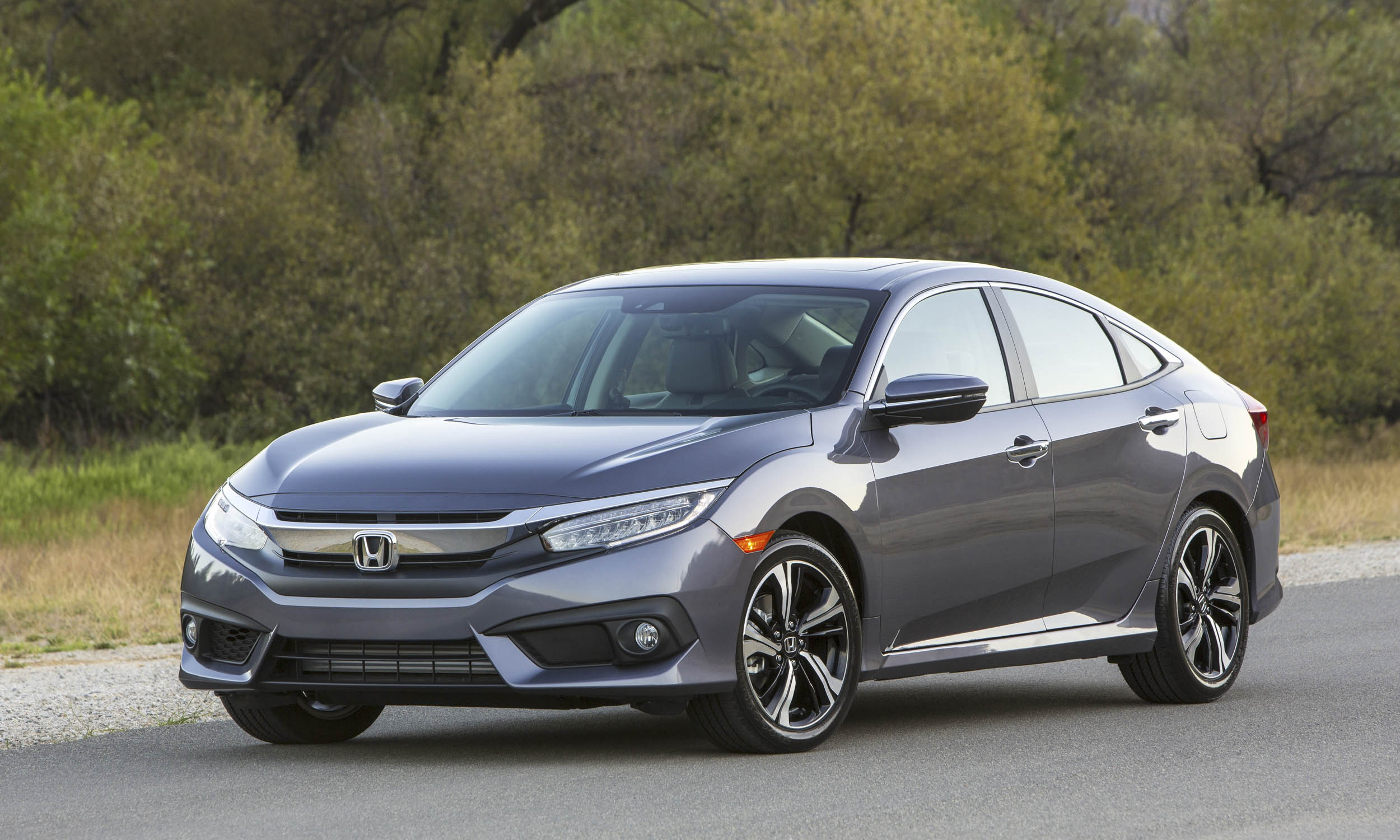 © American Honda Motors
2. Honda Civic
YTD Sales: 87,303
Vs. 2015: 30.8%
Based on a large sales increase in March, it seems like the all-new Civic has been well received. The tenth generation of this popular compact features fresh styling, improved aerodynamics, new vehicle architecture, a more spacious interior and two new engines. Fuel economy is also impressive, rated as high as 42 mpg with a new turbocharged powerplant. This increase in sales makes Civic the current leader in compact cars. 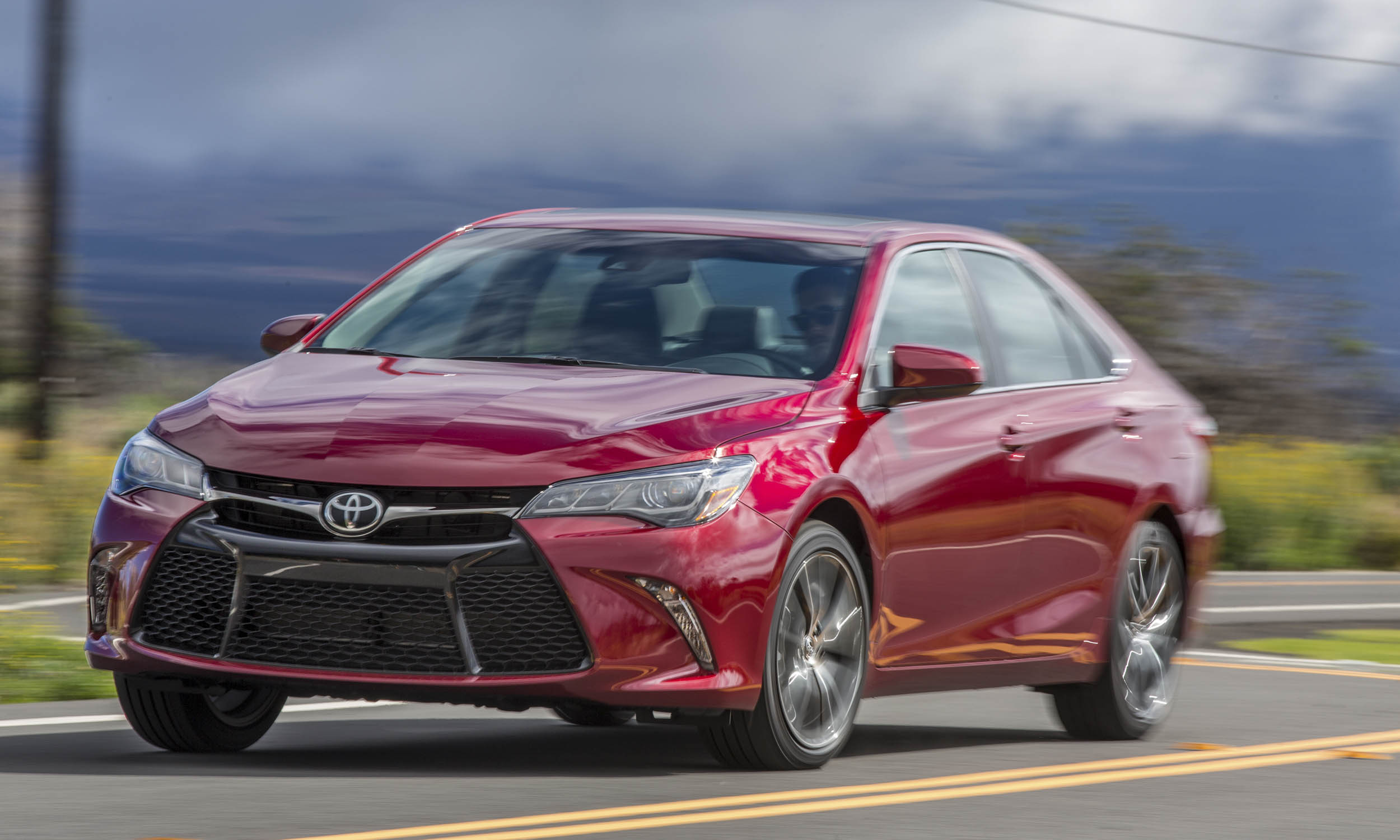 1. Toyota Camry
YTD Sales: 96,244
Vs. 2015: -4.2%
The Camry used to battle with Honda Accord for top passenger car in America, but these days it’s Civic nipping at Camry’s (w)heels. Completely redesigned for the 2015 model year, Camry’s new styling and updated features have paid dividends. Although sales are down compared to last year, Camry still allows Toyota to hold onto this coveted No. 1 passenger car spot.