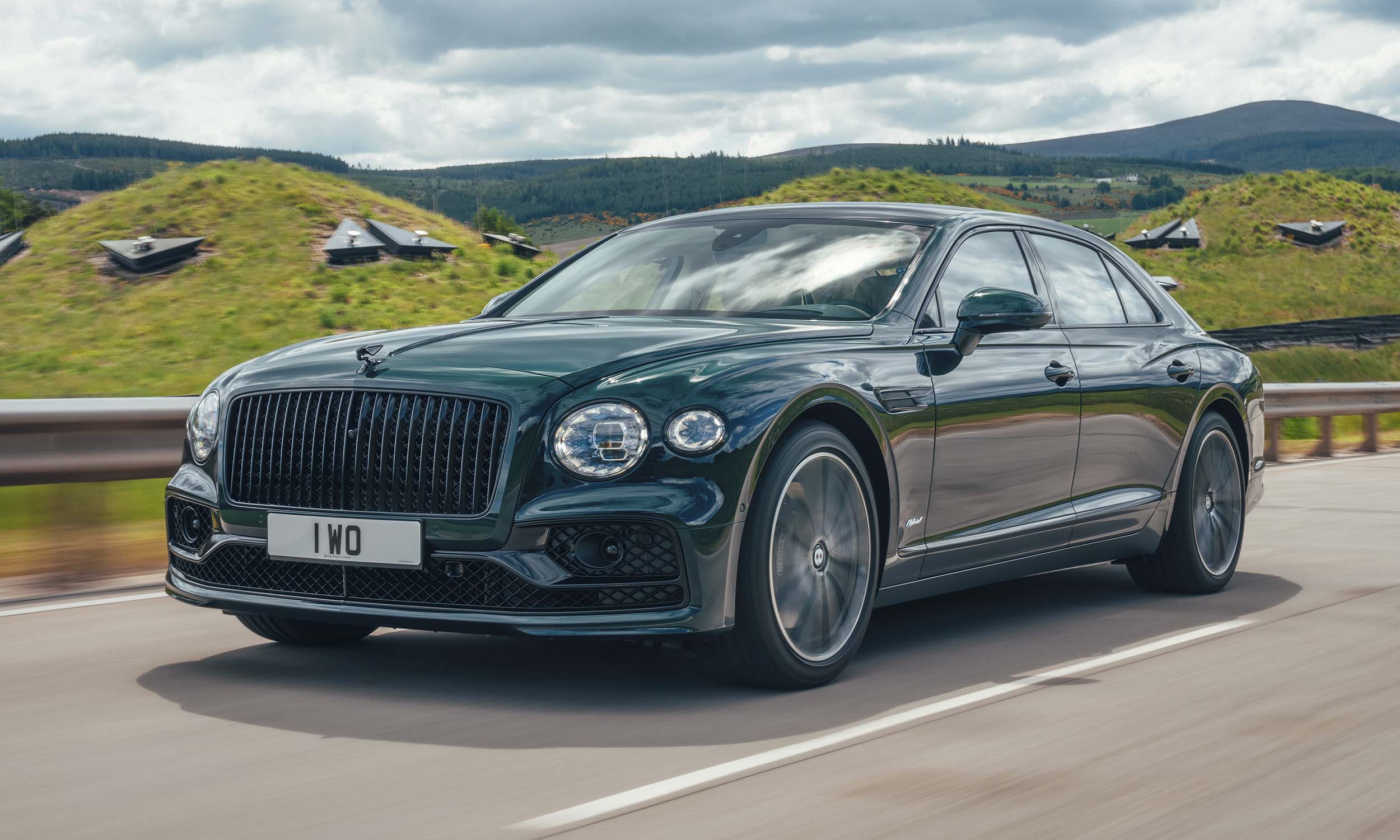 © Bentley Motors
Beyond100
In 1919, Walter Owen Bentley — best known as W.O. — founded the eponymous and now legendary car company with a goal of manufacturing “a fast car, a good car, the best in class.” For more than a century, Bentley Motors Limited built its reputation following W.O.’s vision, and now the company looks to the future with a “Beyond100” strategy. This strategy envisions all Bentleys electrified by 2023, the first battery-electric Bentley by 2025, and the entire Bentley lineup running electric-only by 2030 with the company being end-to-end carbon neutral. In a step toward that level of sustainability, today marks the premiere of the Bentley Flying Spur Hybrid. 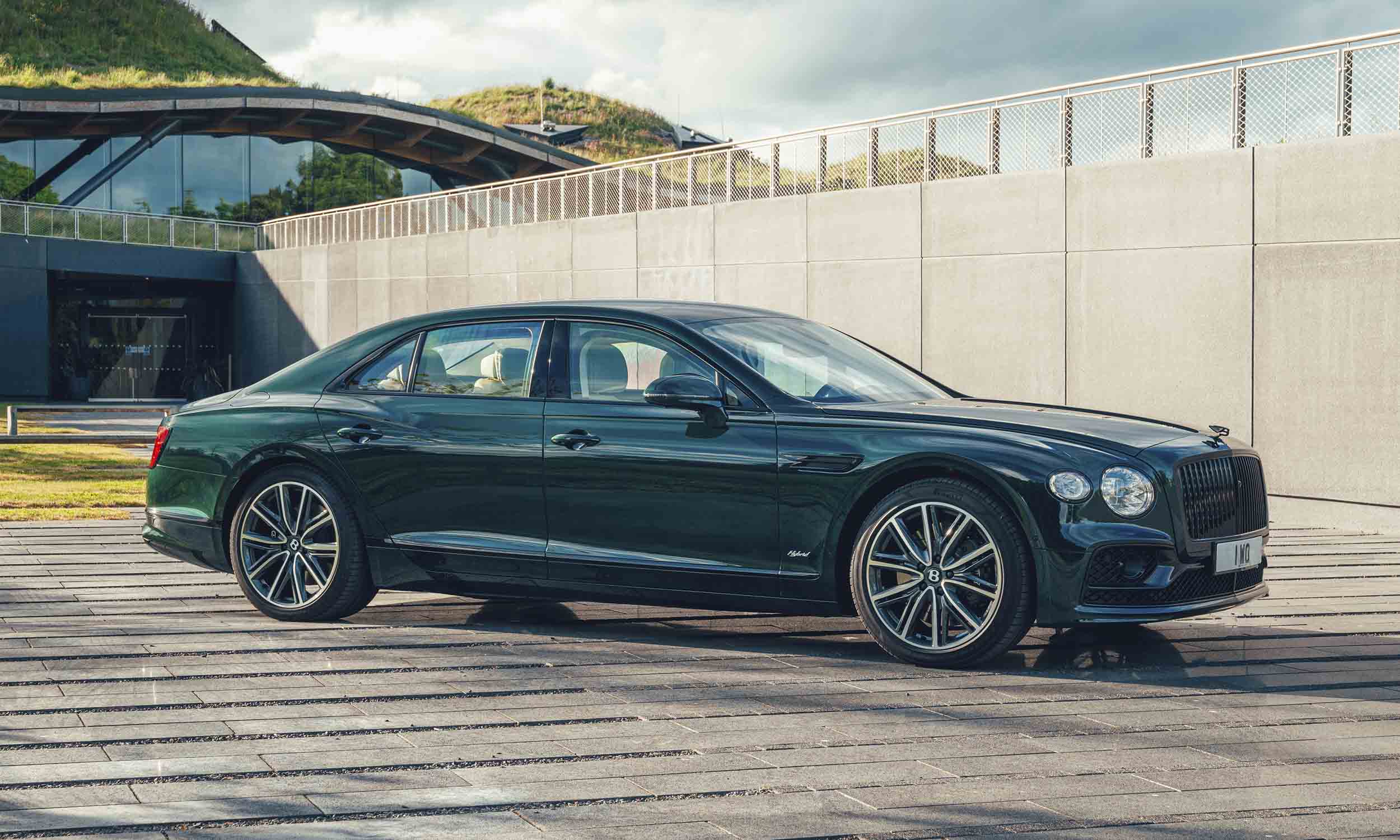 © Bentley Motors
Third Generation
Hand built in Britain, the latest-generation Flying Spur premiered last year featuring a new aluminum and composite chassis that let engineers move the front axle forward and increase the wheelbase by more than 5 inches. The bold grille gets flanked by LED matrix headlights with cut crystal detailing, and a retractable and restyled Flying B resides above the grille. In profile, signature lines accentuate the haunches — one line begins between the headlights and fades into the rear door; another line runs from the rear door to the taillight. At the rear, the taillights feature a B motif and cut crystal effect. 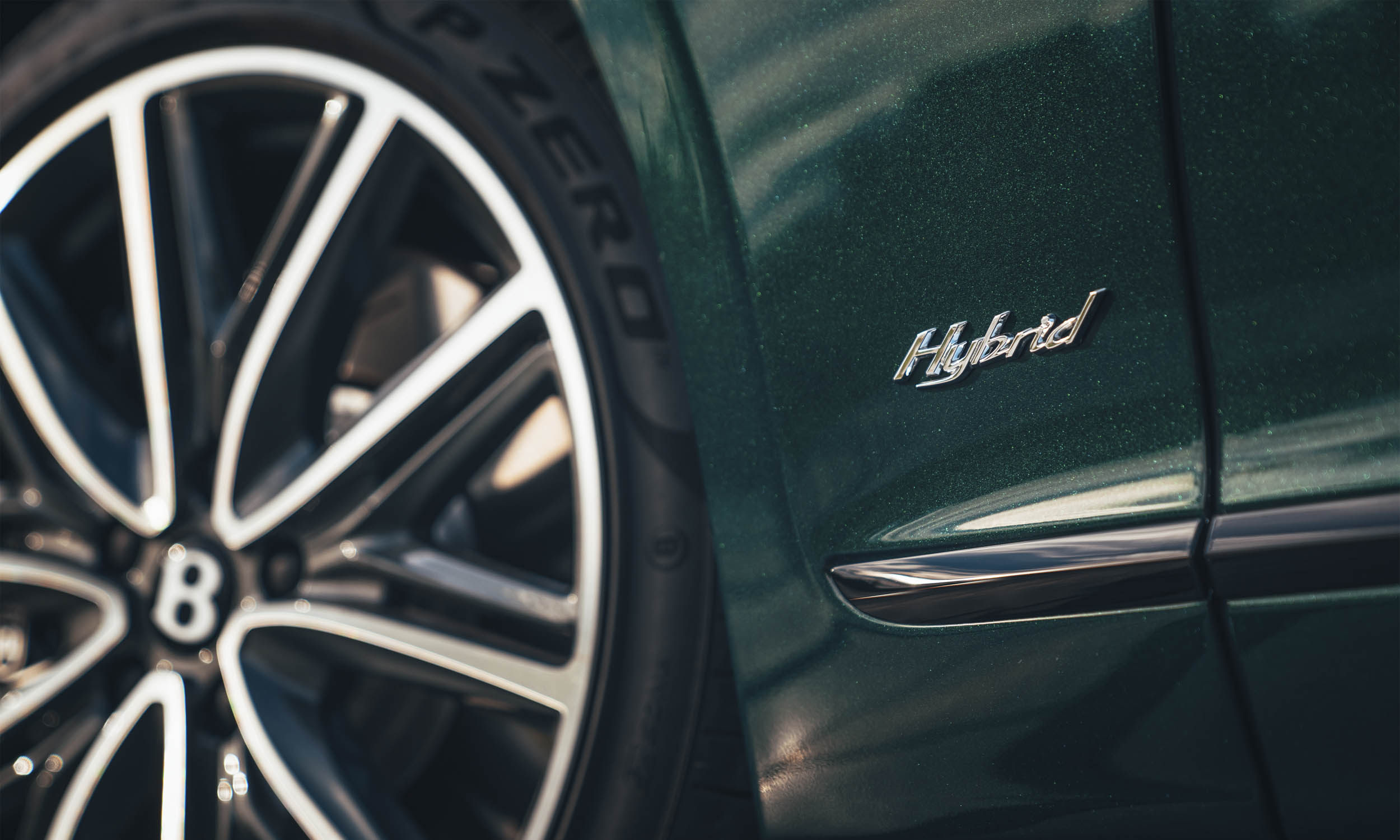 © Bentley Motors
Hybrid Powertrain
A 410-horsepower 2.9-liter V6 engine motivates the Bentley Flying Spur Hybrid, teamed with an advanced electric motor generating 134 horsepower to produce a total of 536 horsepower and 553 lb-ft of torque. This new powertrain offers impressive efficiency — according to Bentley the Flying Spur Hybrid should travel more than 435 miles on a tank of fuel. 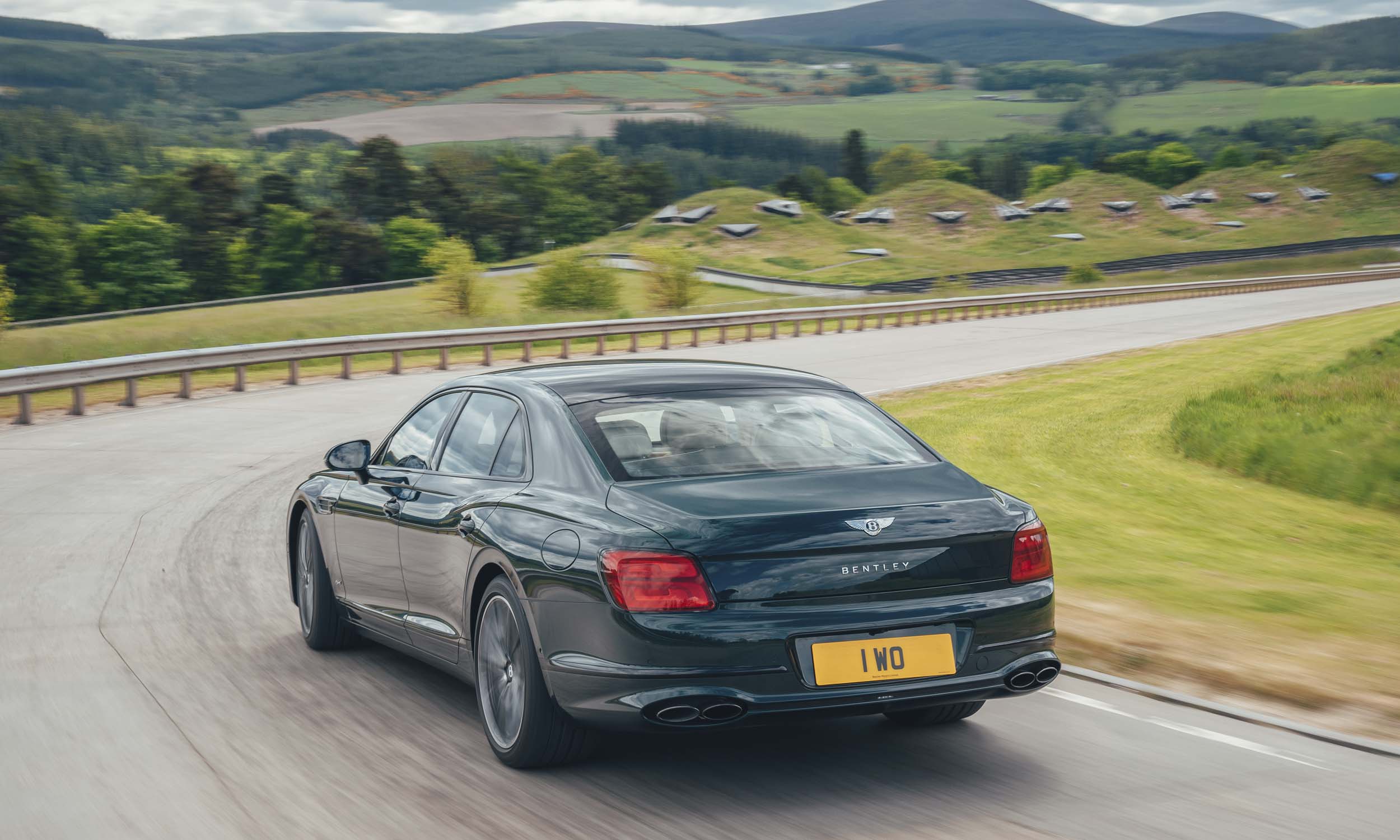 © Bentley Motors
Performance
For Bentley, engineering efficiency doesn’t mean sacrificing performance — in fact, the new Flying Spur Hybrid gives up little when compared with the V8-powered variant. According to the British carmaker, the hybrid accelerates to 60 mph in 4.1 seconds — only one-tenth of a second behind the Flying Spur V8. The Bentley Flying Spur Hybrid has a top speed of 177 mph. 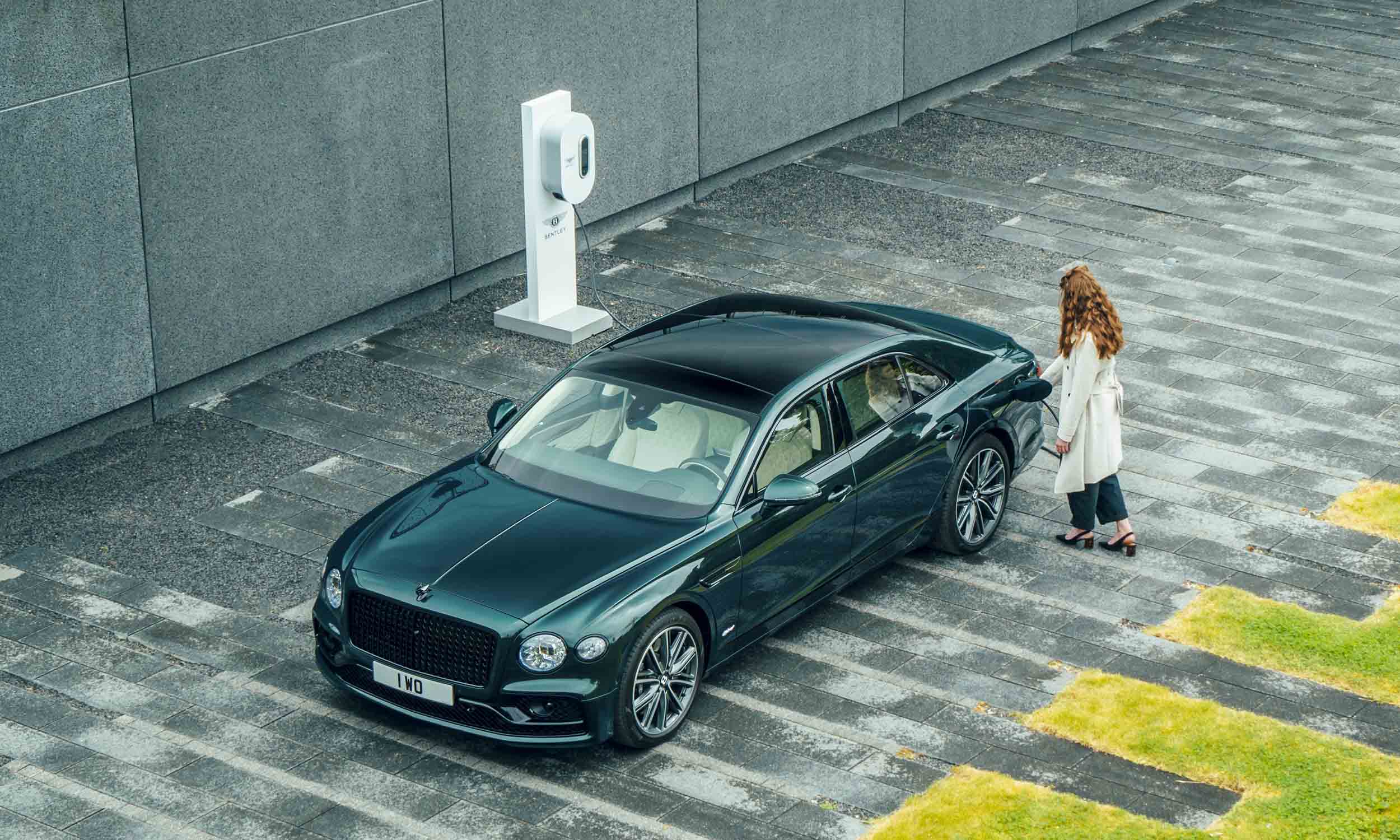 © Bentley Motors
Charging
This new Flying Spur is a plug-in hybrid with a 14.1 kWh lithium-ion battery that can be fully charged in as little as two and a half hours. The Flying Spur Hybrid will be able to drive on electric power alone for about 25 miles. 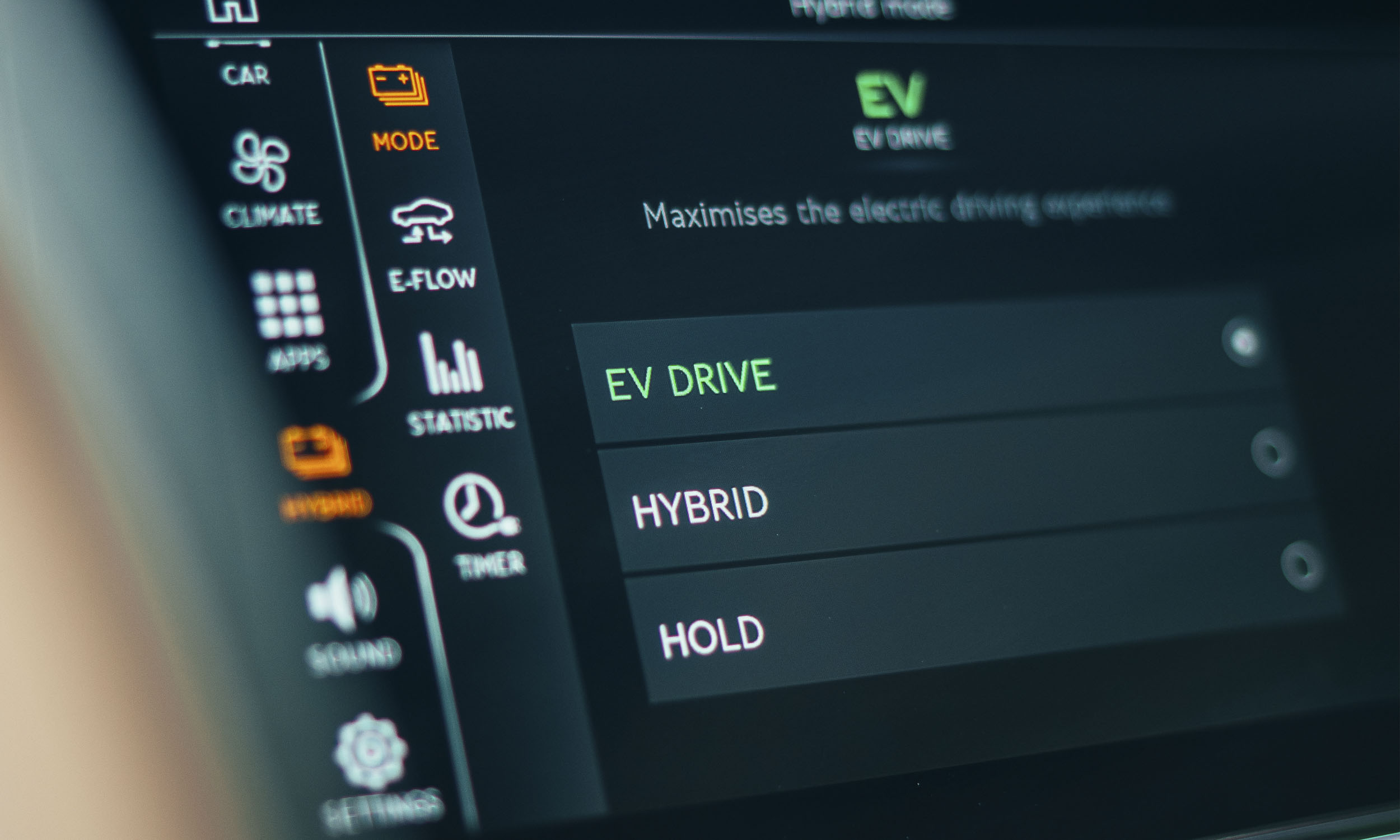 © Bentley Motors
Drive Modes
The Bentley Flying Spur Hybrid possesses three selectable driving modes. An EV DRIVE setting — the default mode at startup — keeps the car in electric-only mode wherever possible while the battery has enough available charge. HYBRID mode maximizes efficiency and driving range, using data from the intelligent navigation system to make the most efficient use of the battery’s energy. HOLD mode employs the internal combustion engine to provide higher performance while charging the battery for future use. 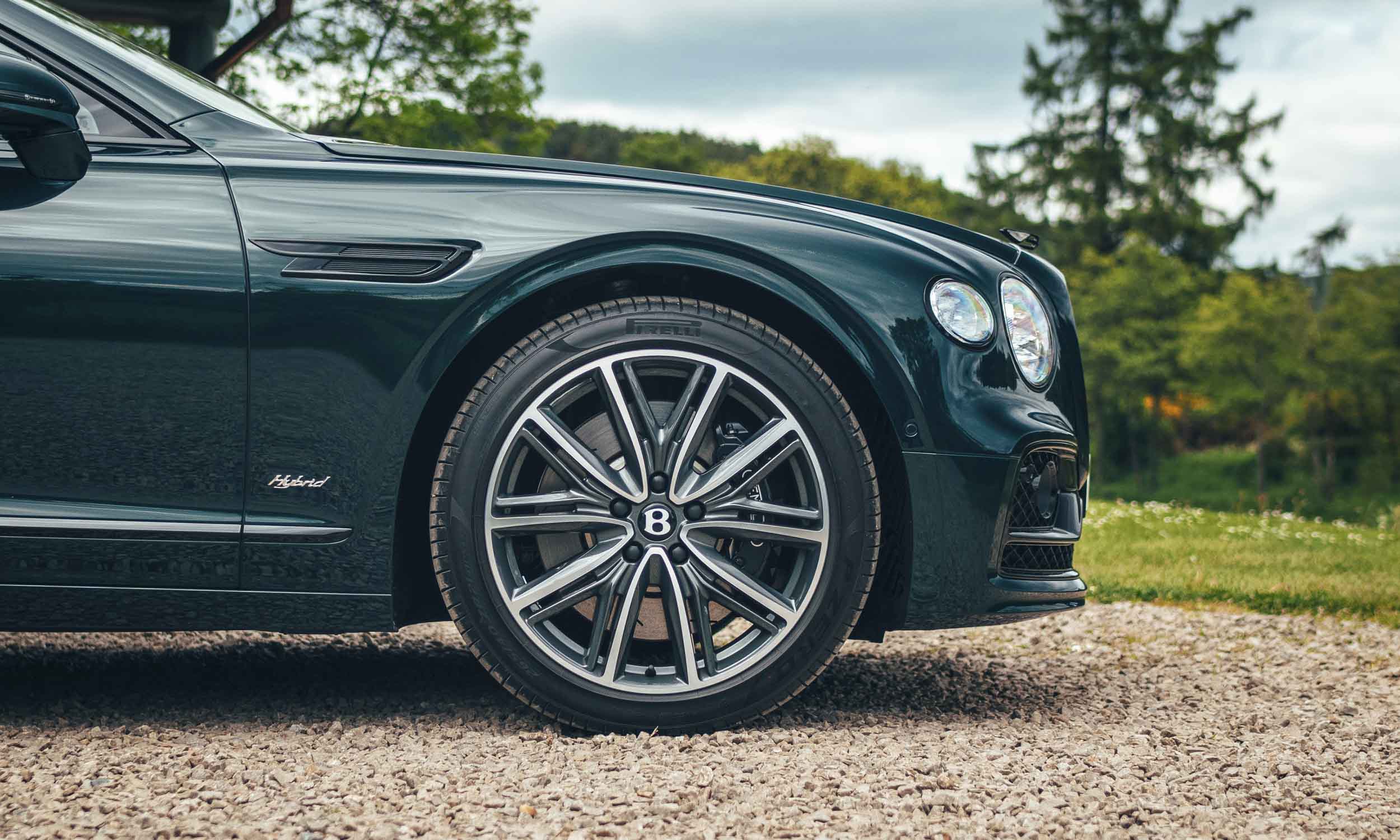 Hybrid Identifiers
Even though the Bentley Flying Spur Hybrid is big news for the company, only subtle design elements denote this new version. Differences include a “Hybrid” badge on the front fender, a covered charging port on the left rear fender, and quad oval tailpipes. Seven standard paint colors are available, or customers have the option to choose from an extended paint range of more than 60 colors. A Blackline Specification replaces the exterior brightware with black elements, including the optionally illuminated Flying B atop the radiator. 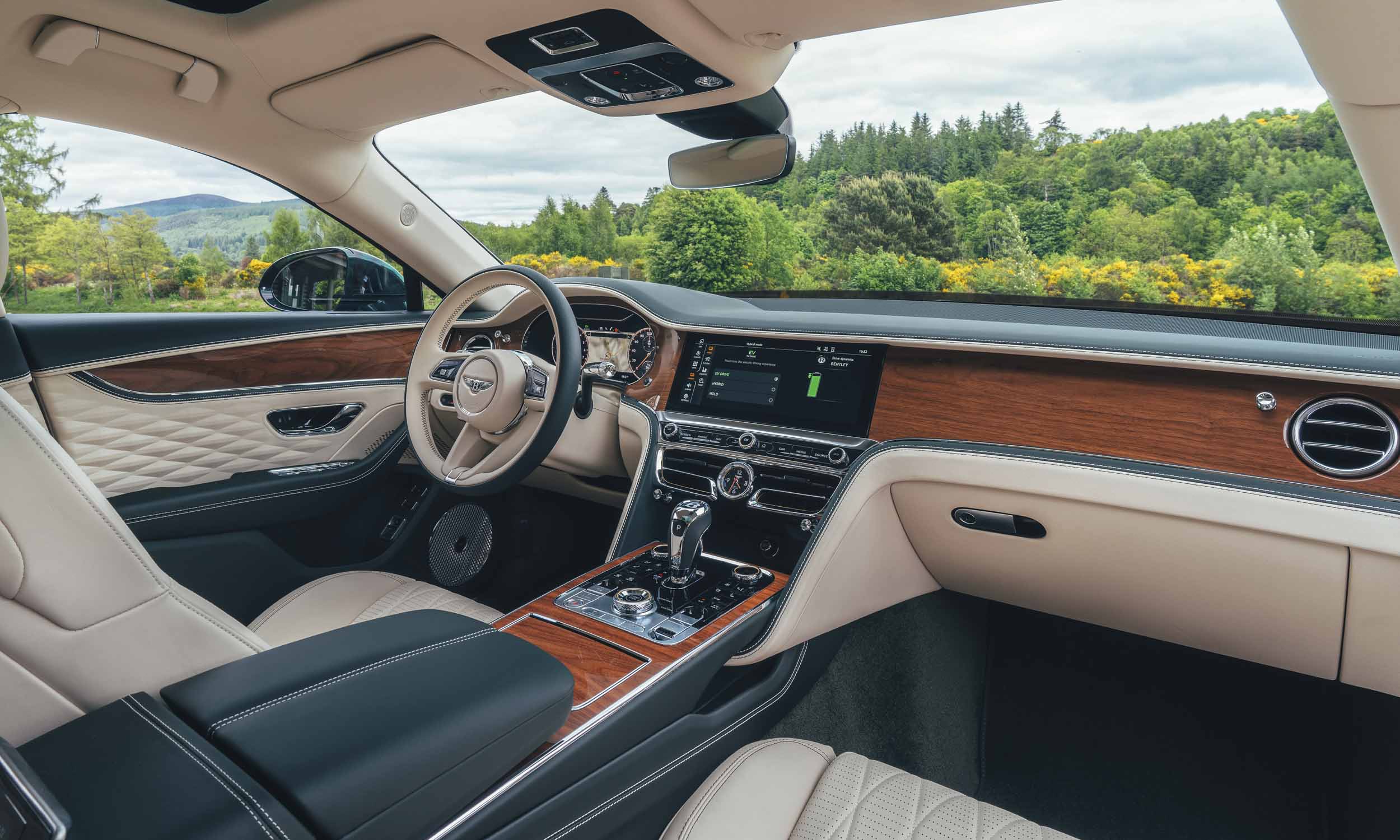 Interior Luxury
Like the non-hybrid version, this new Flying Spur gets swathed in leather, wood and technology. In front of the driver, a digital gauge cluster has a wide band of wood sweeping across the dash and into the doors, embracing both driver and front-seat passenger to emphasize the cabin’s width. The wood from the dash sweeps into the upper portion of the doors; the lower portion can be appointed with molded leather as part of an available Mulliner Driving Specification. The front seats feature a twin-flute design with heating / cooling, active bolsters and a top-tilt function to support the upper back. The rear seats have a straight-flute design and offer 14-way adjustment, heating / cooling and five massage modes. 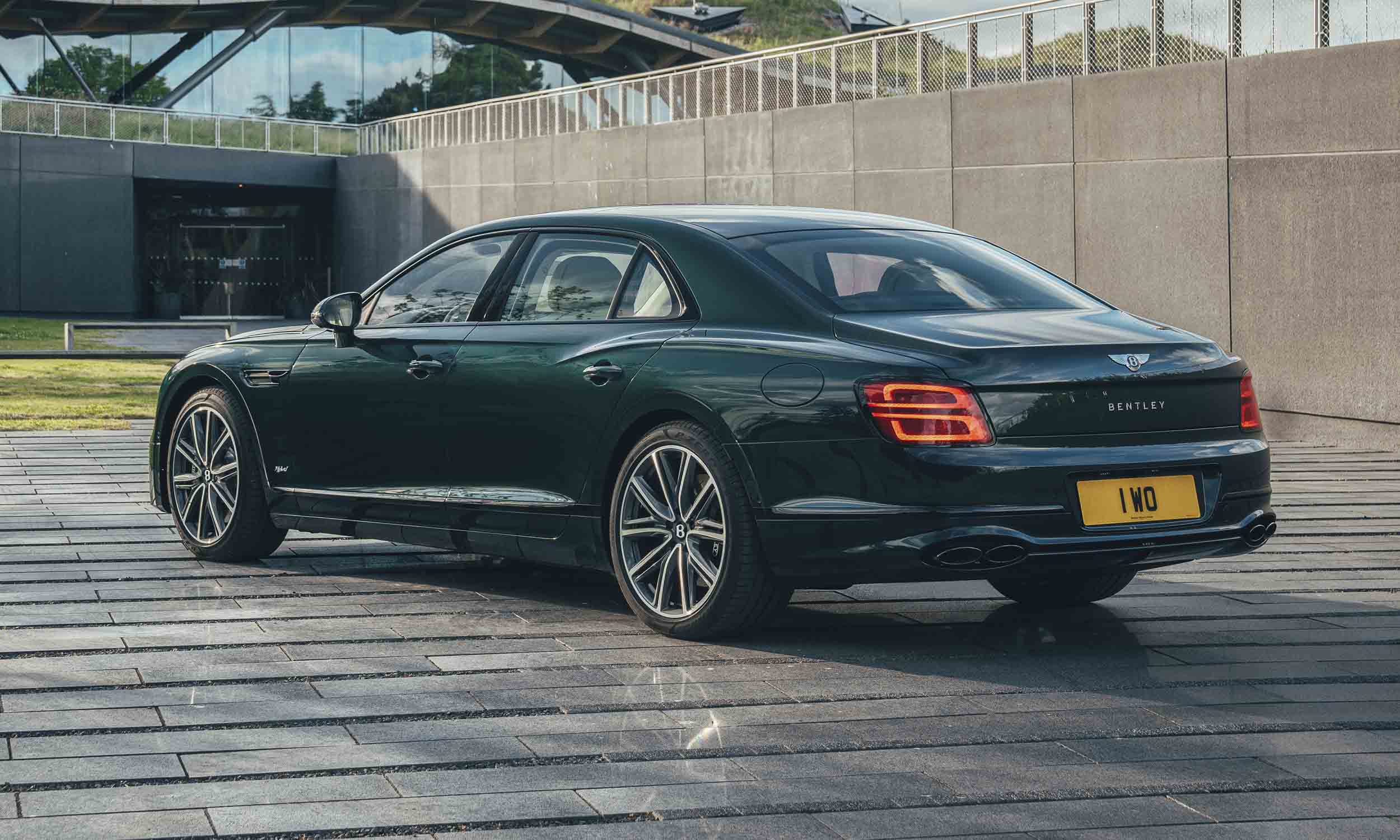 © Bentley Motors
Coming Soon
The new Bentley Flying Spur Hybrid will be produced at the company’s carbon-neutral facility in Crewe, England. This elegant sedan has a base price of $204,000, and orders are being accepted now with deliveries planned before the end of 2021. Bentley also announced that a sporty Continental GT hybrid will be the next model to arrive as part of its Beyond100 strategy.