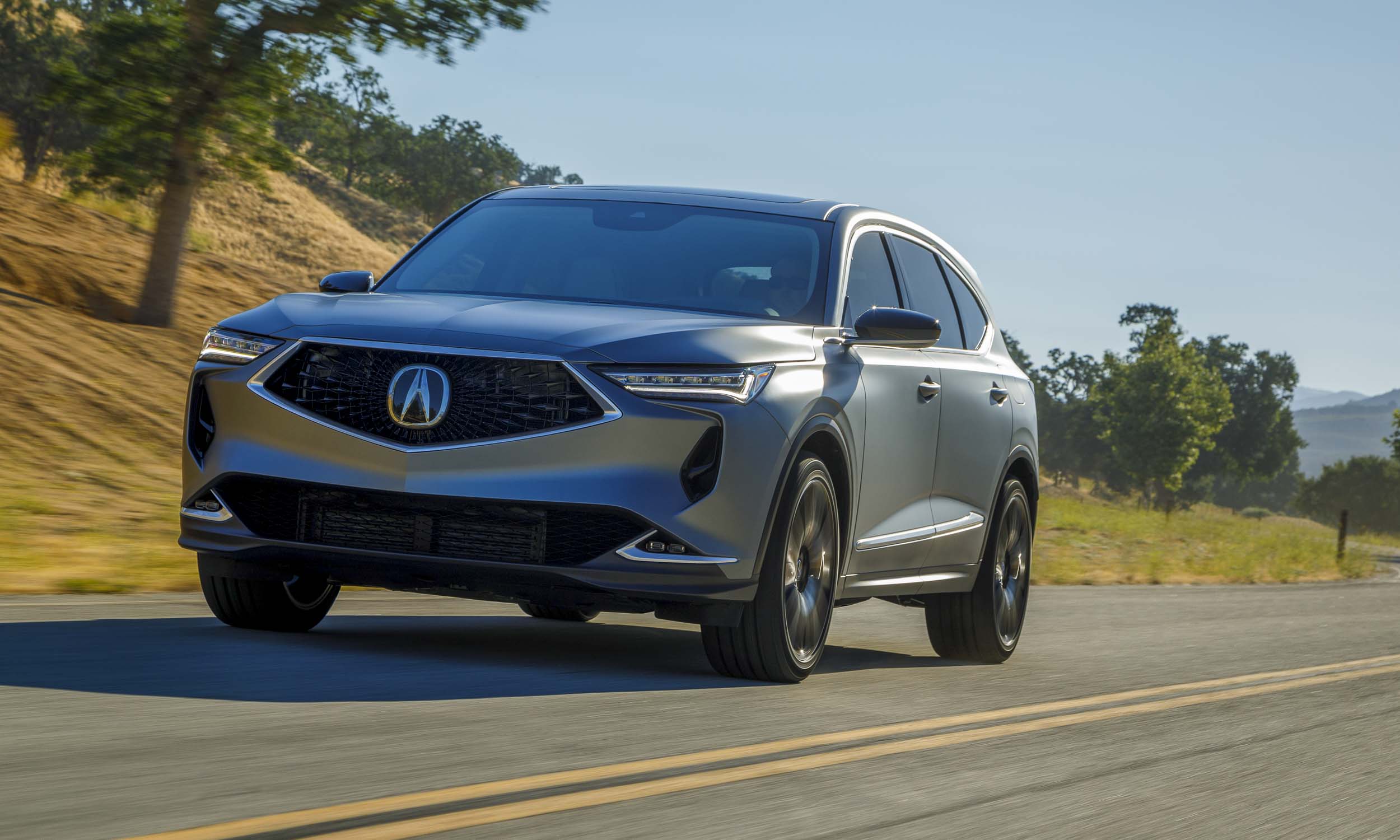 © American Honda Motors
Acura MDX Prototype
Earlier this year Acura took the wraps off the all-new TLX; now Honda’s luxury brand follows that up with a look at the next-generation MDX. The flagship of Acura’s SUV lineup, the MDX has come a long way since its introduction 20 years ago. To preview the upcoming fourth generation of this premium SUV, Acura introduces the MDX Prototype with sleek styling, a refined interior and — for the first time ever — a high-performance MDX Type S in its future. 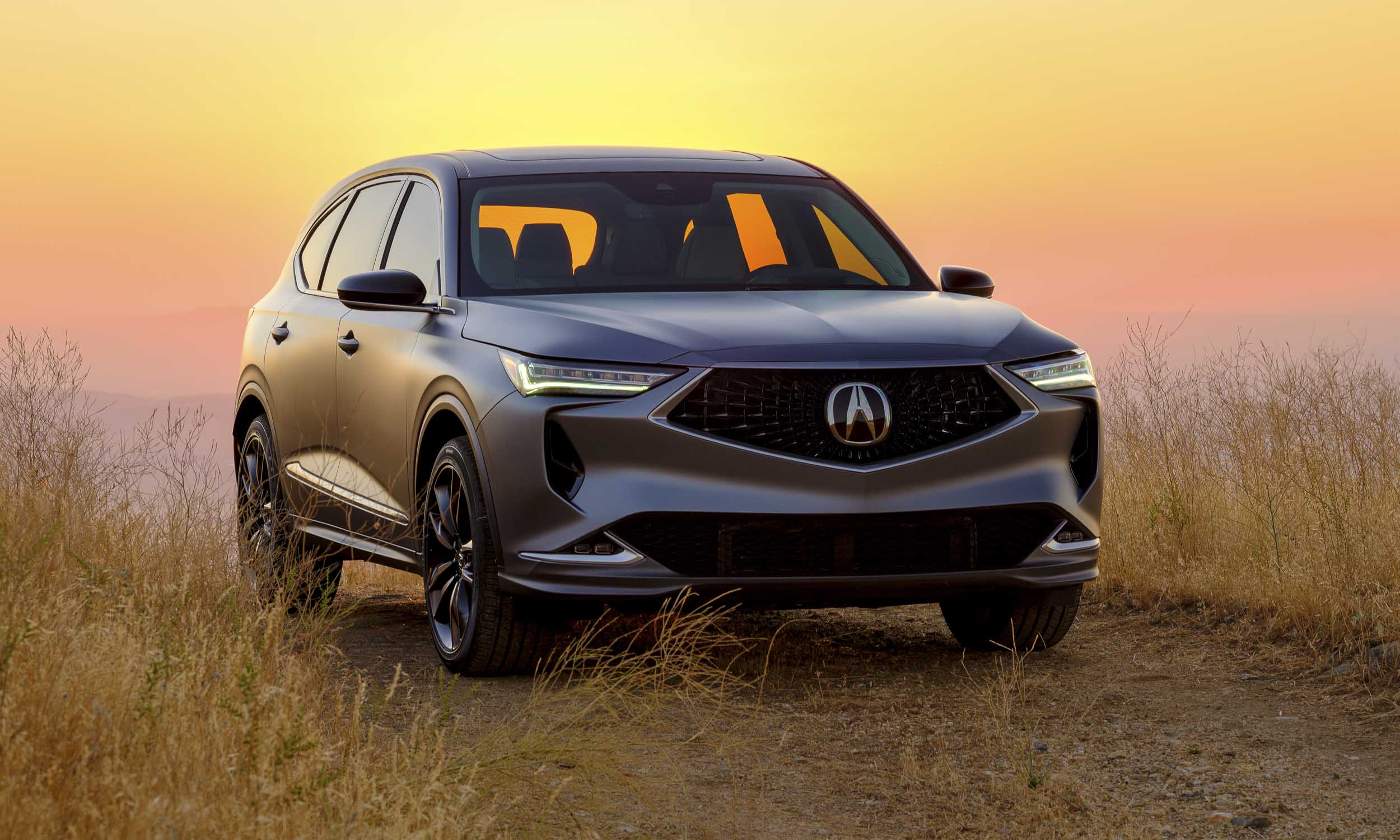 © American Honda Motors
New Flagship
“The new MDX marks a turning point for Acura as our new flagship and the most far-reaching effort yet to deliver on our Precision Crafted Performance brand promise,” said Jon Ikeda, vice president and Acura brand officer. “We knew we needed to deliver something more emotional and premium with performance at its core. This new MDX builds on the past 20 years of success and elevates the model to an even stronger position in the market,” noted Ikeda. With the RLX ending production after 2020, the MDX will take the role of flagship for the whole brand. 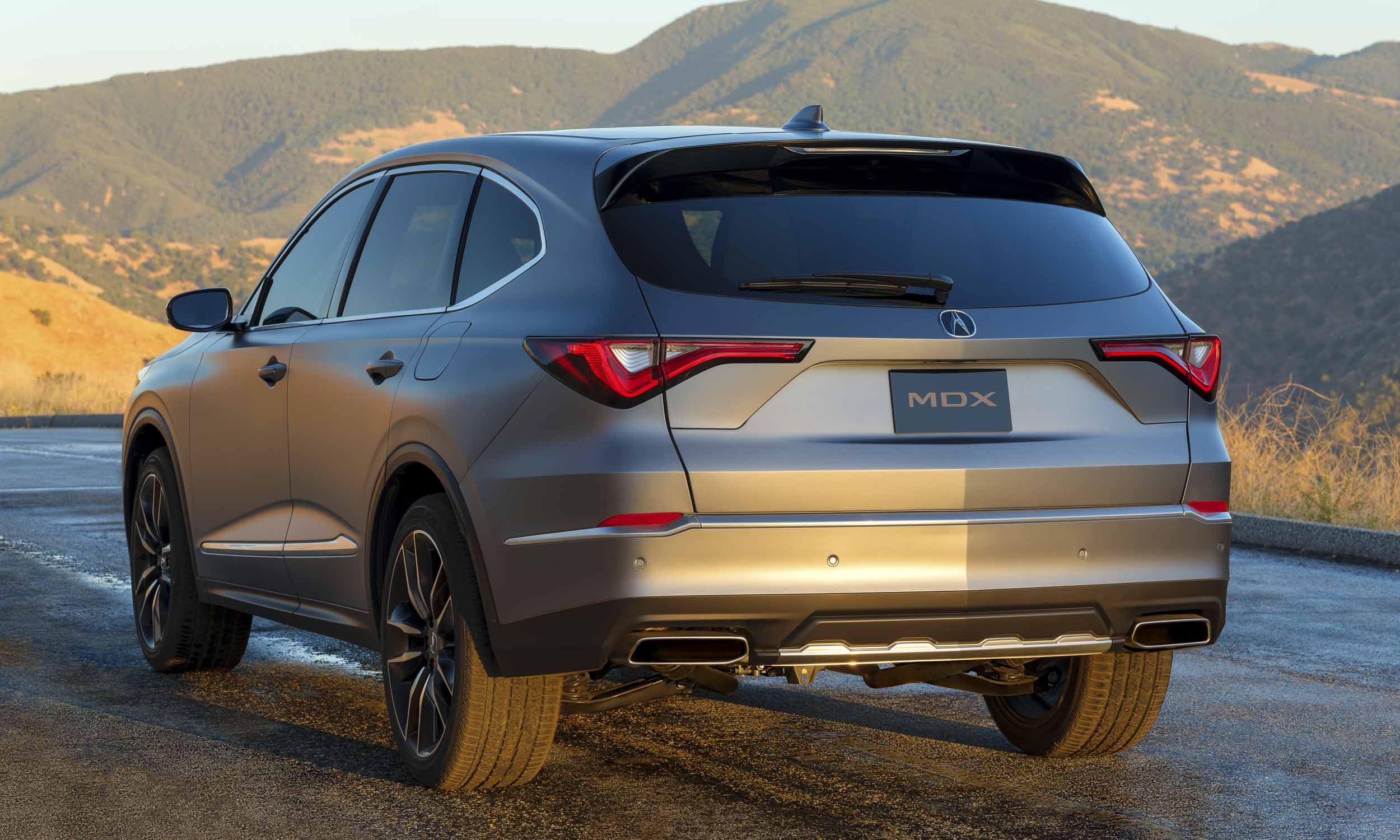 © American Honda Motors
New Platform
The 2021 MDX will be built on an all-new light-truck platform designed to deliver an improved ride including a quieter cabin. To support the upgraded performance of the Type S, the 2021 MDX will have the most rigid SUV body ever from Honda’s premium brand. A new performance-focused chassis will be supported by the model’s first-ever double-wishbone front suspension; the package should contribute to markedly improved handling and ride comfort. 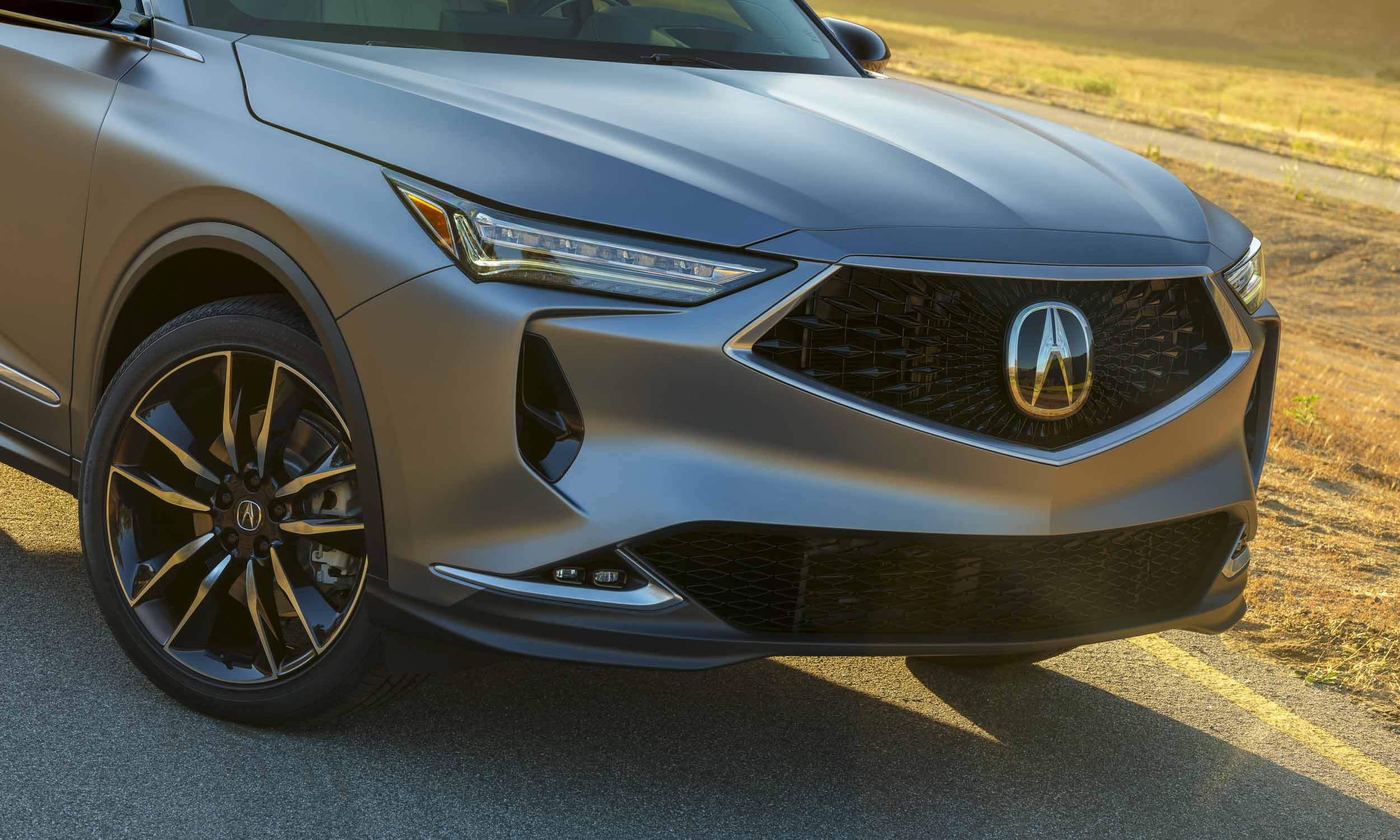 © American Honda Motors
Exterior Styling
With clear styling ties to the recently introduced TLX, the MDX Prototype features a larger Diamond Pentagon grille with a large Acura logo at the center. Four-element Jewel Eye LED headlights integrate well on either side of the grille, featuring Chicane LED daytime running lights. The front fascia has much deeper sculpting than the current generation, giving the SUV a wider, more aggressive stance. 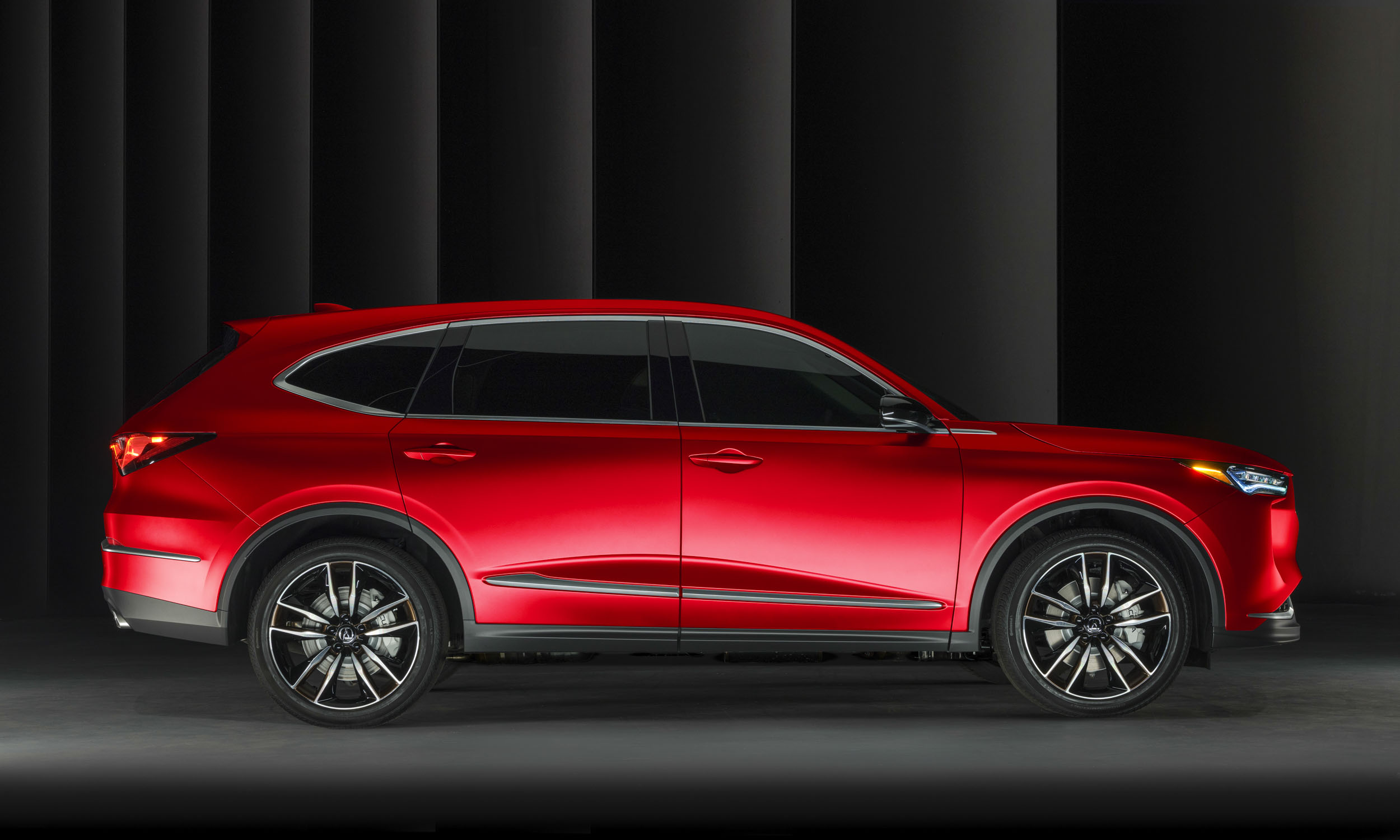 © American Honda Motors
Longer Wheelbase
The prototype gets 21-inch wheels pushed out to the corners of the SUV, thanks to a wheelbase almost three inches longer than the current MDX. Bold fenders underscore the prototype’s performance-oriented demeanor, while a sculpted beltline connects the headlights to the LED taillights. 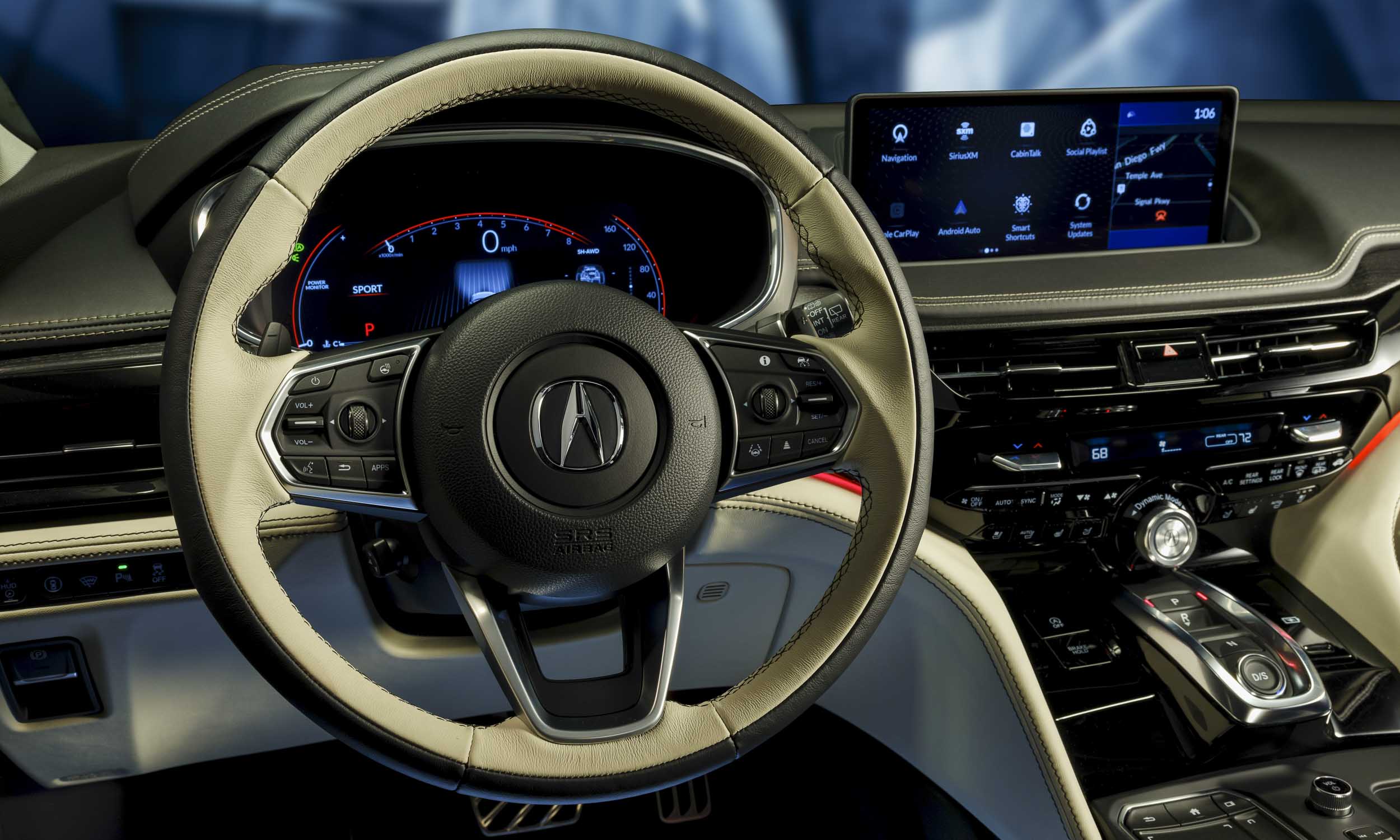 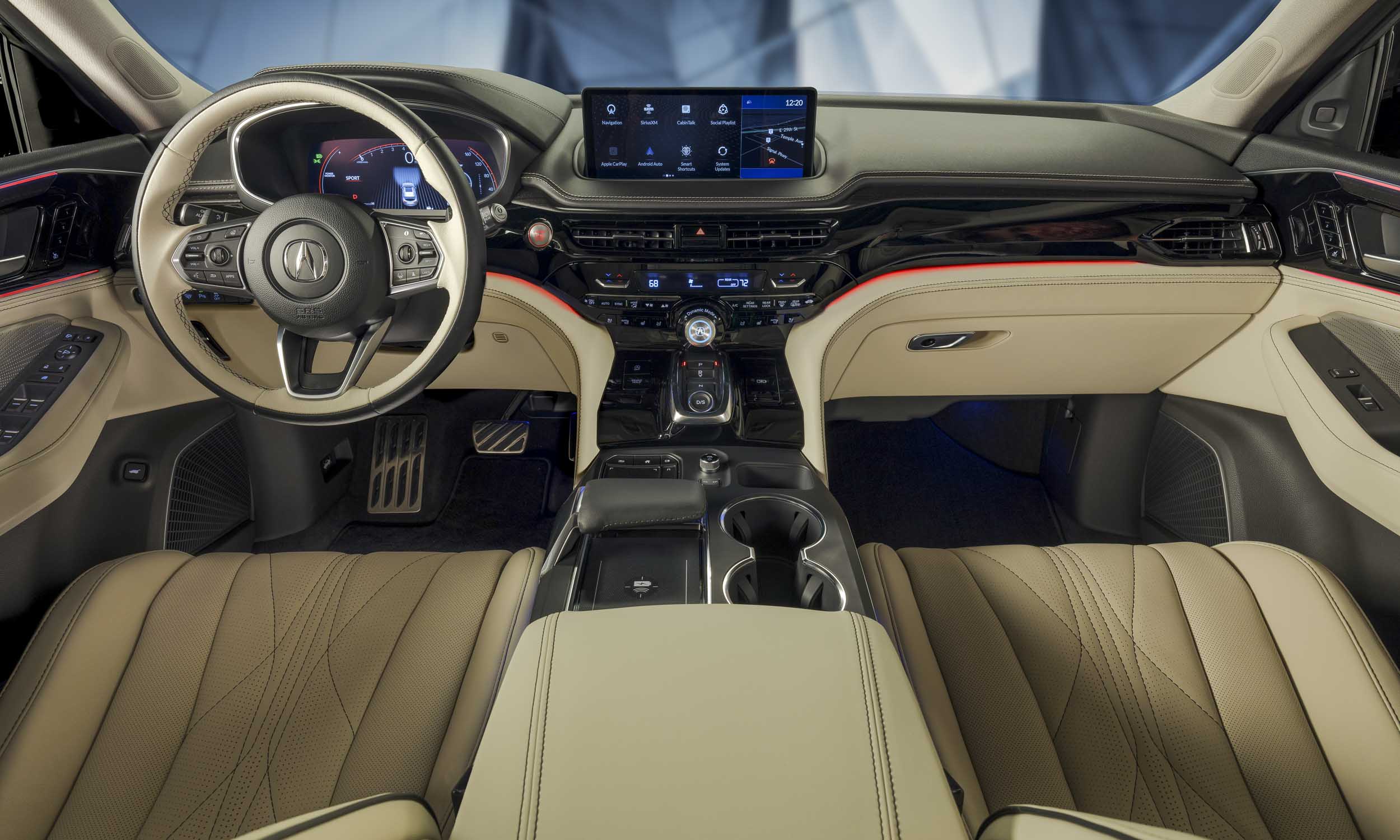 © American Honda Motors
Cleaner Design
Overall, the presentation in the new Acura MDX is much cleaner than the outgoing model with two-tone leather treatment, contrasting stitching and ambient lighting enhancing the dashboard. Vents are now slimmer and horizontal, which gives the cabin a wider feel. The gear selector is now positioned in the center, directly below the Dynamic Mode control. 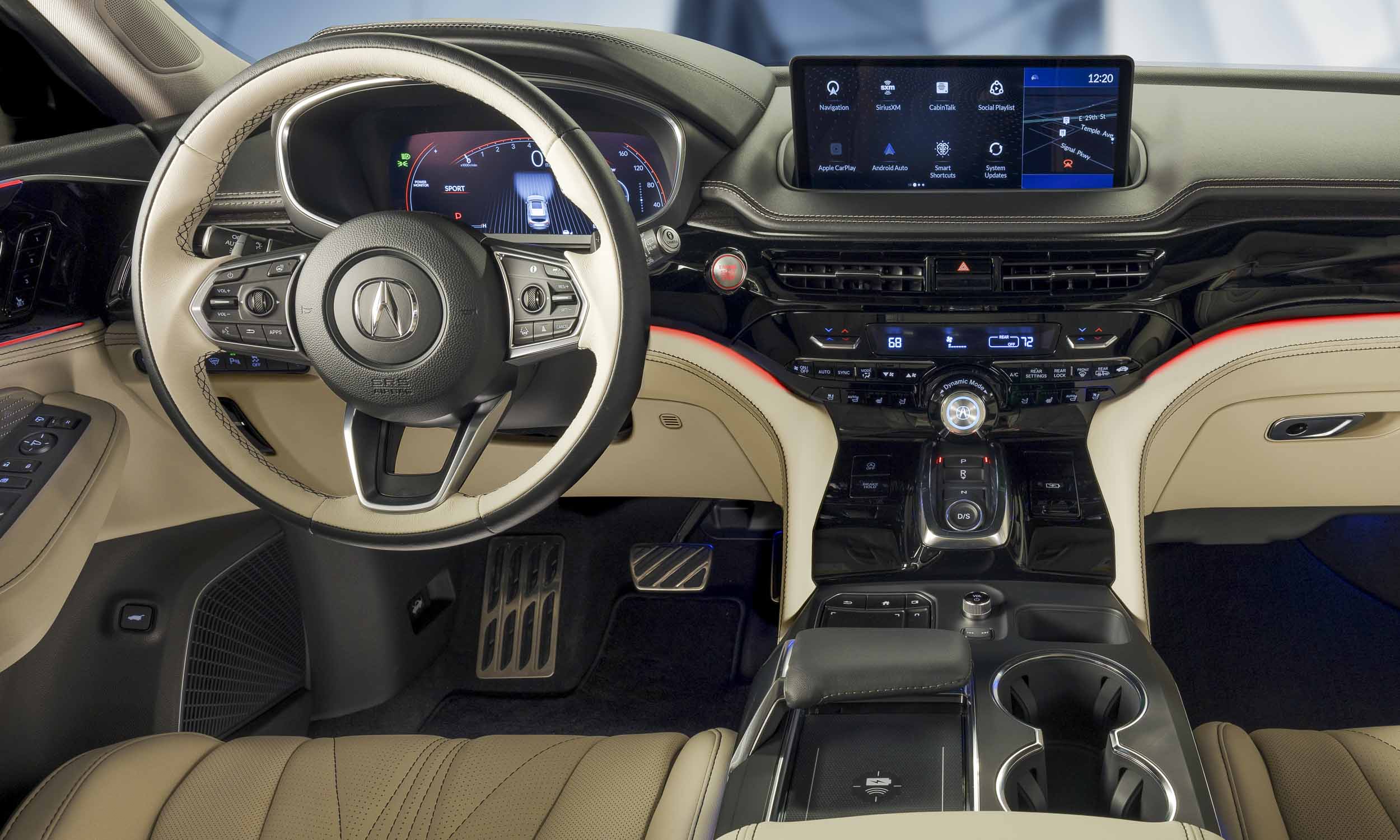 © American Honda Motors
All Digital
The MDX Prototype features an all-digital Precision Cockpit with a 12.3-inch driver’s display replacing the analog gauges, in addition to a 12.3-inch HD center display. As with other Acura models, the MDX forgoes a touchscreen, instead using a touchpad that replicates the functionality of the touchscreen with what Acura calls “absolute positioning.” 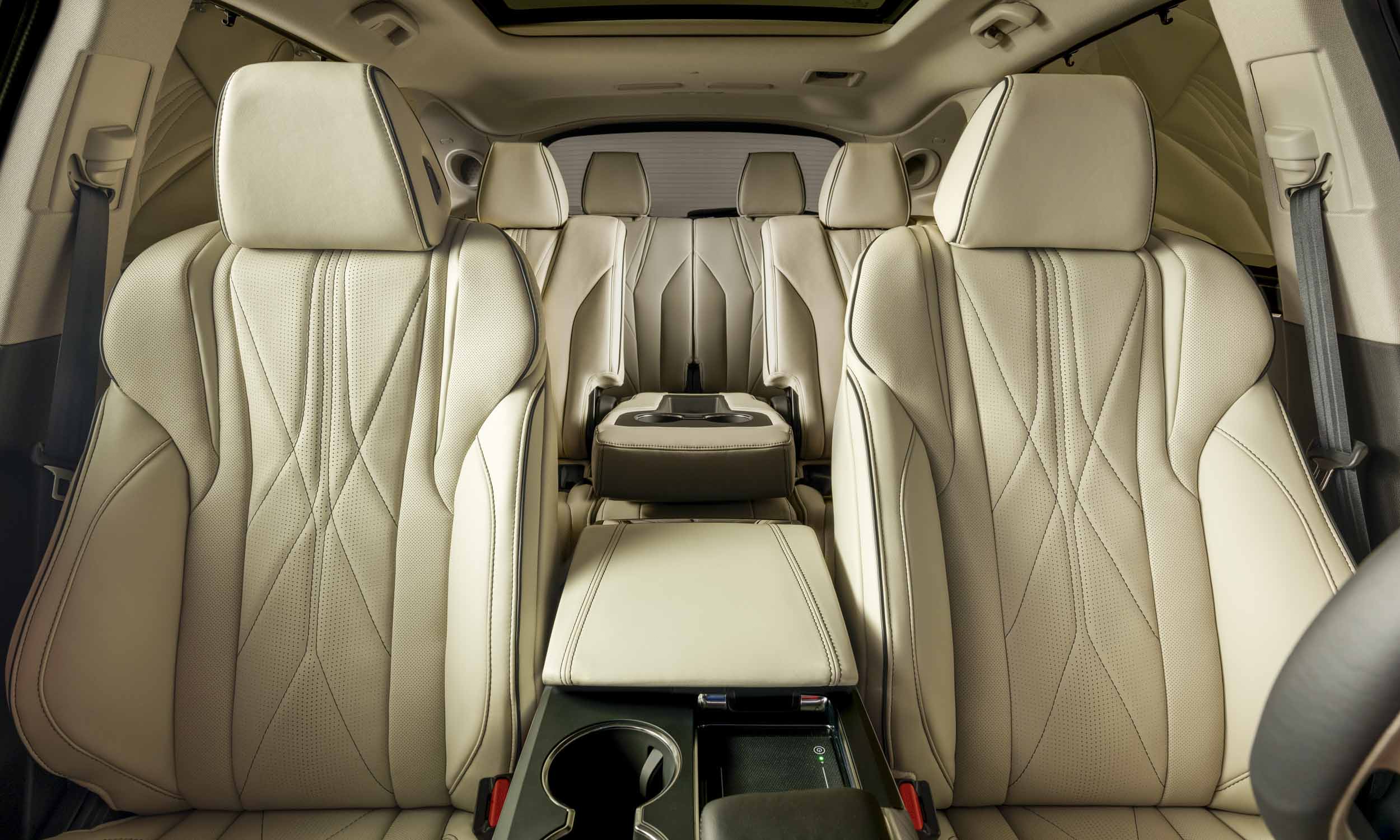 © American Honda Motors
Leather Everywhere
All three seating rows get attractive quilted leather with contrasting stitching and piping. Up front the next-generation Acura sport seats have 16-way power adjustment with nine massage modes with varying levels of intensity. Seat heating and cooling can be automatically activated depending on the climate control settings. 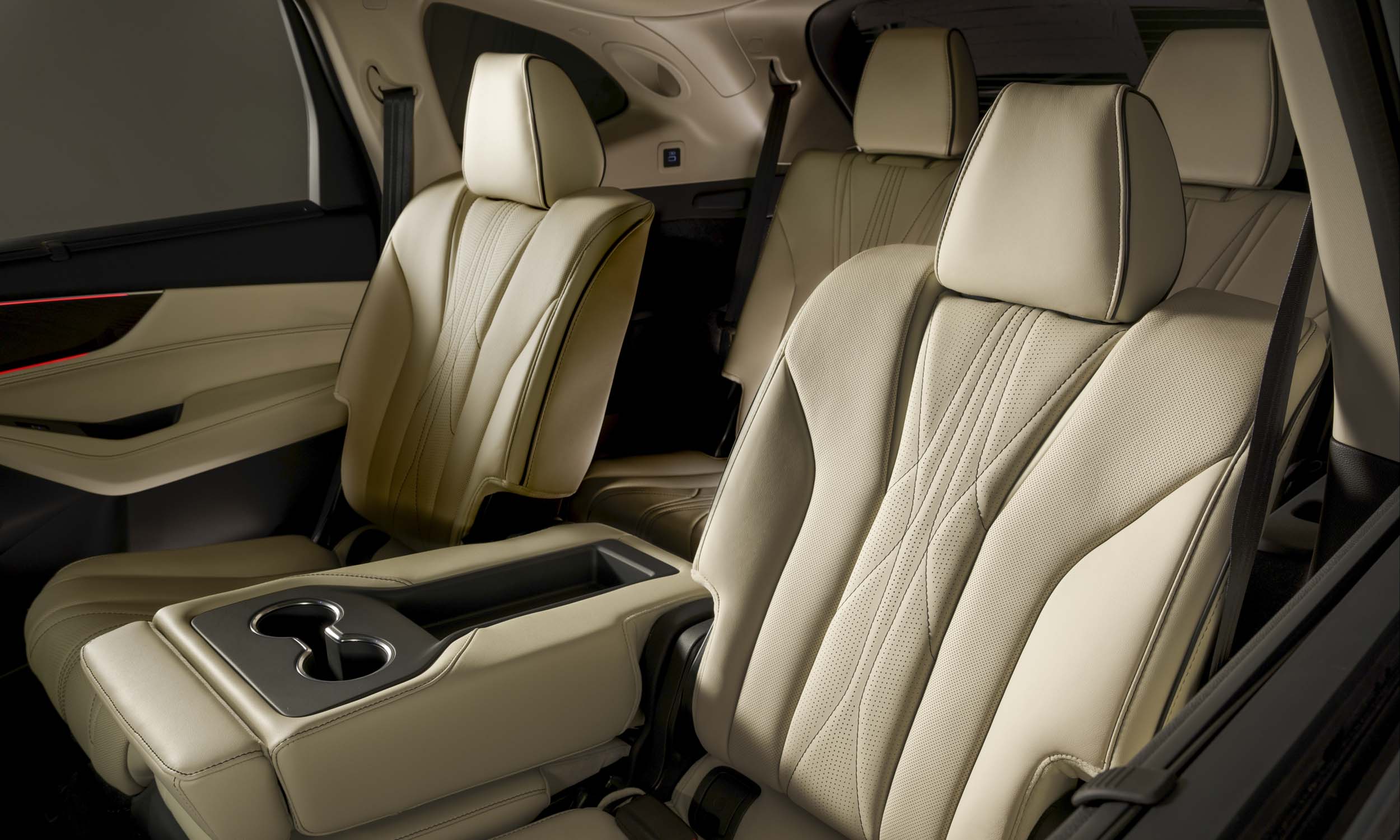 © American Honda Motors
Roomier Cabin
Thanks to its longer wheelbase and wider body, the MDX Prototype has a roomier cabin with more legroom in all three rows, as well as more headroom for those relegated to the third row. A panoramic moonroof also enhances the prototype’s increased interior space. 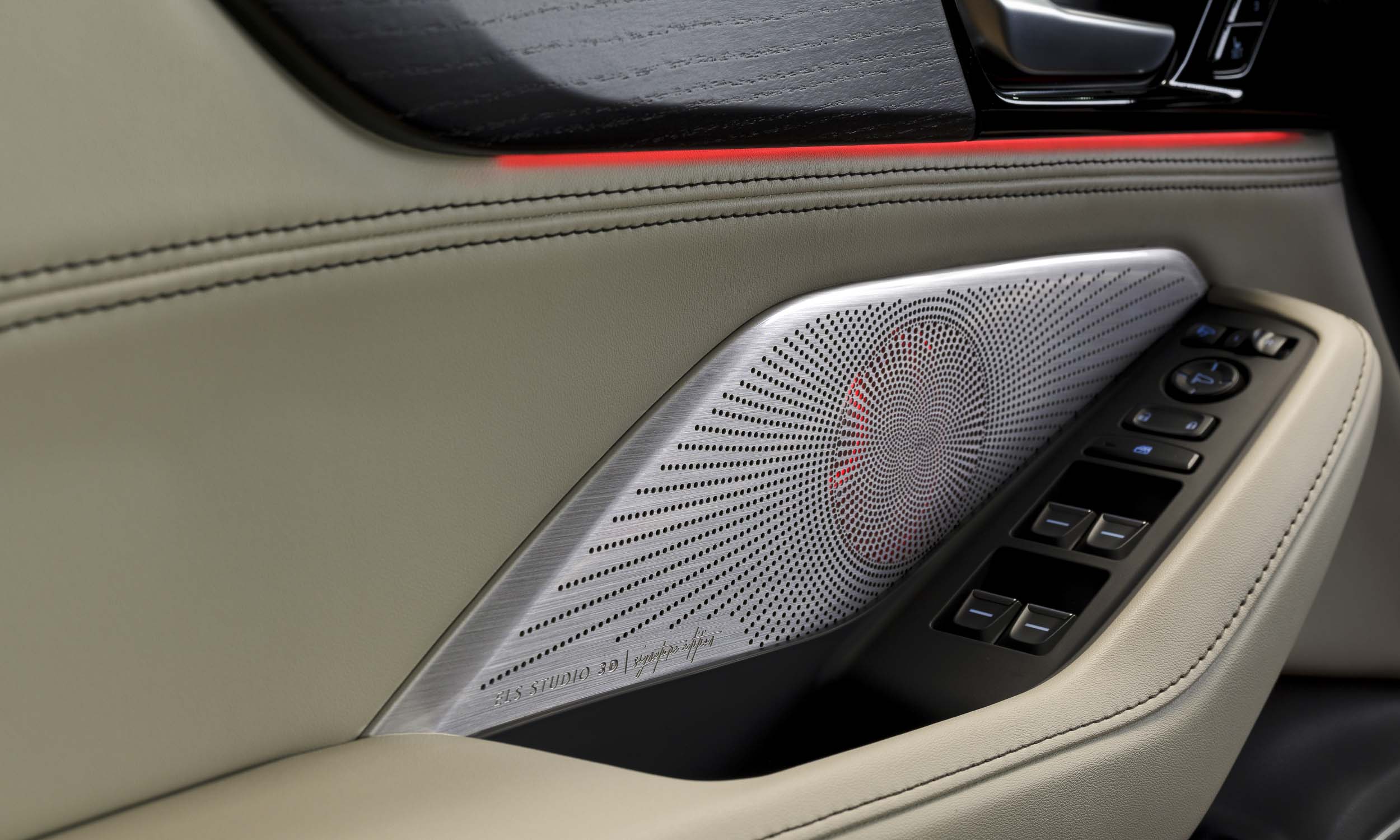 © American Honda Motors
High-End Audio
A standout feature of this MDX Prototype is a “Signature Edition” ELS STUDIO 3D premium audio system with 22 discrete channels, 25 speakers and more than 1000 watts. The ELS system use six ceiling-mounted speakers as well as six carbon fiber-coned midrange woofers placed in the front console to create an experience akin to being in a sound studio. 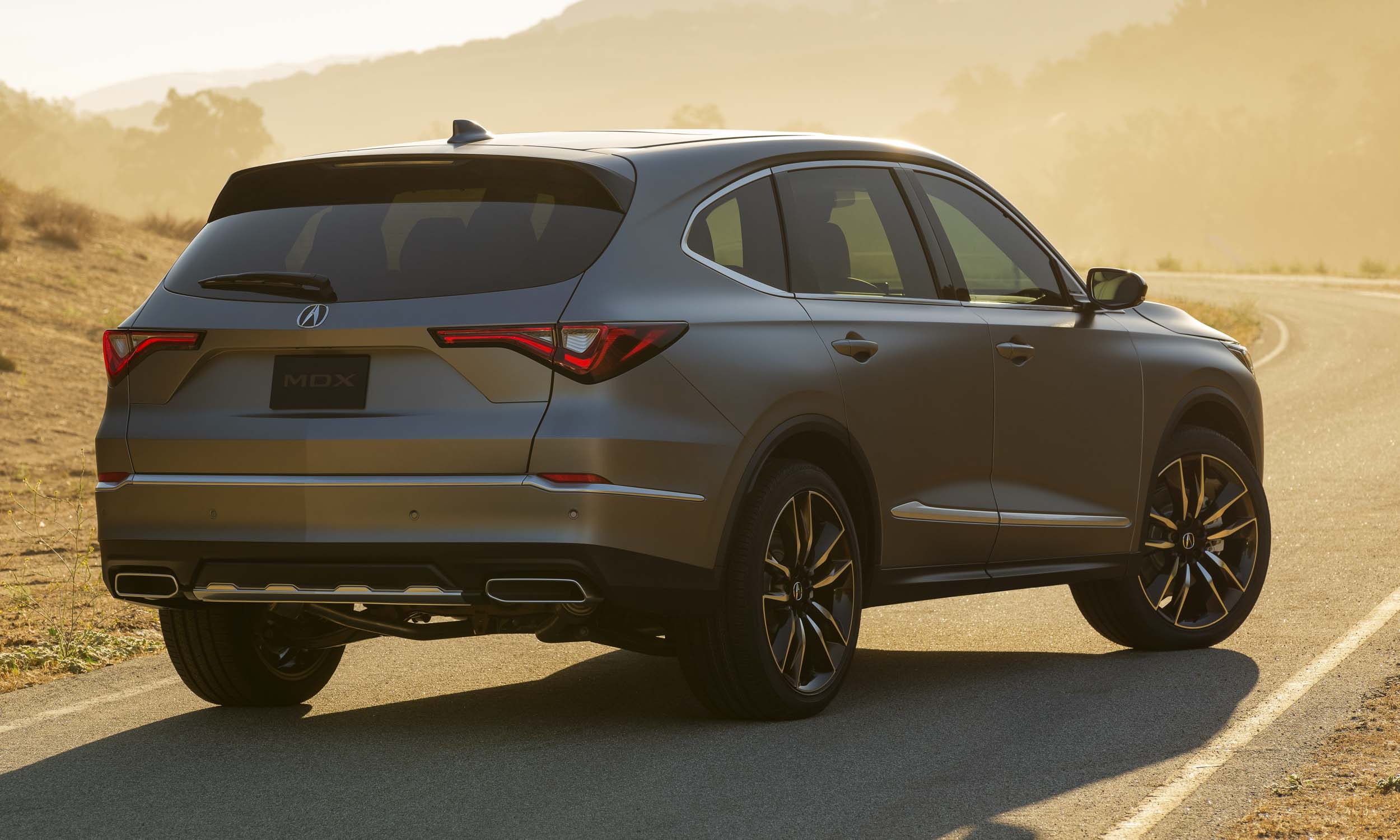 © American Honda Motors
Safety
With this new platform, the 2021 Acura MDX features the latest generation of Acura’s Advanced Compatibility Engineering body structure, which is designed to improve occupant and pedestrian protection in the event of a crash. The 2021 MDX will also get the AcuraWatch suite of advanced safety features including road departure mitigation, low-speed braking control and new traffic jam assist. 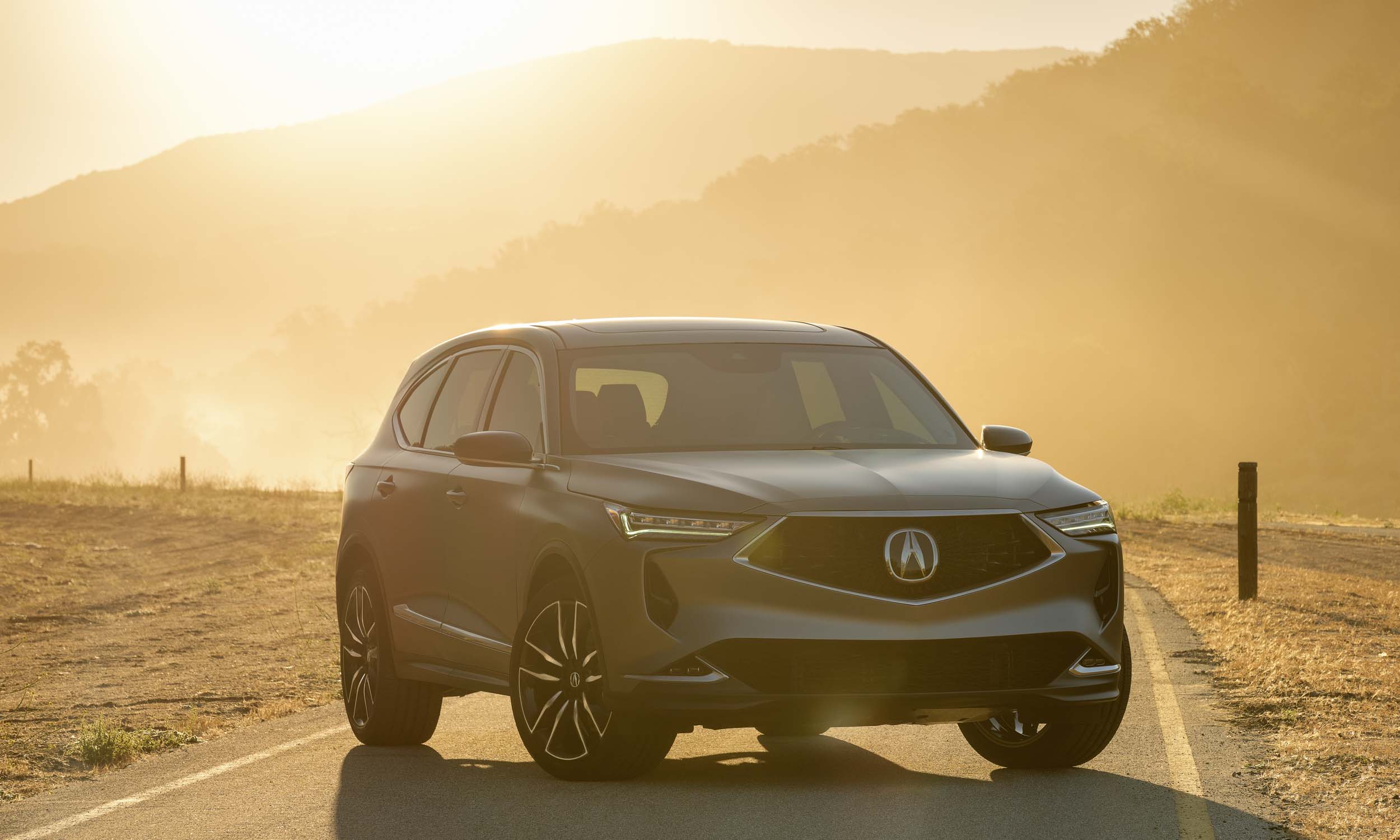 © American Honda Motors
Under the Hood
The standard engine in the upcoming 2021 MDX will be a 3.5-liter V6 powerplant teamed with a 10-speed automatic transmission. Horsepower ratings haven’t been released, although we can expect something in the neighborhood of 300 horsepower. Power gets sent to the road via the front wheels or optional all-wheel drive. 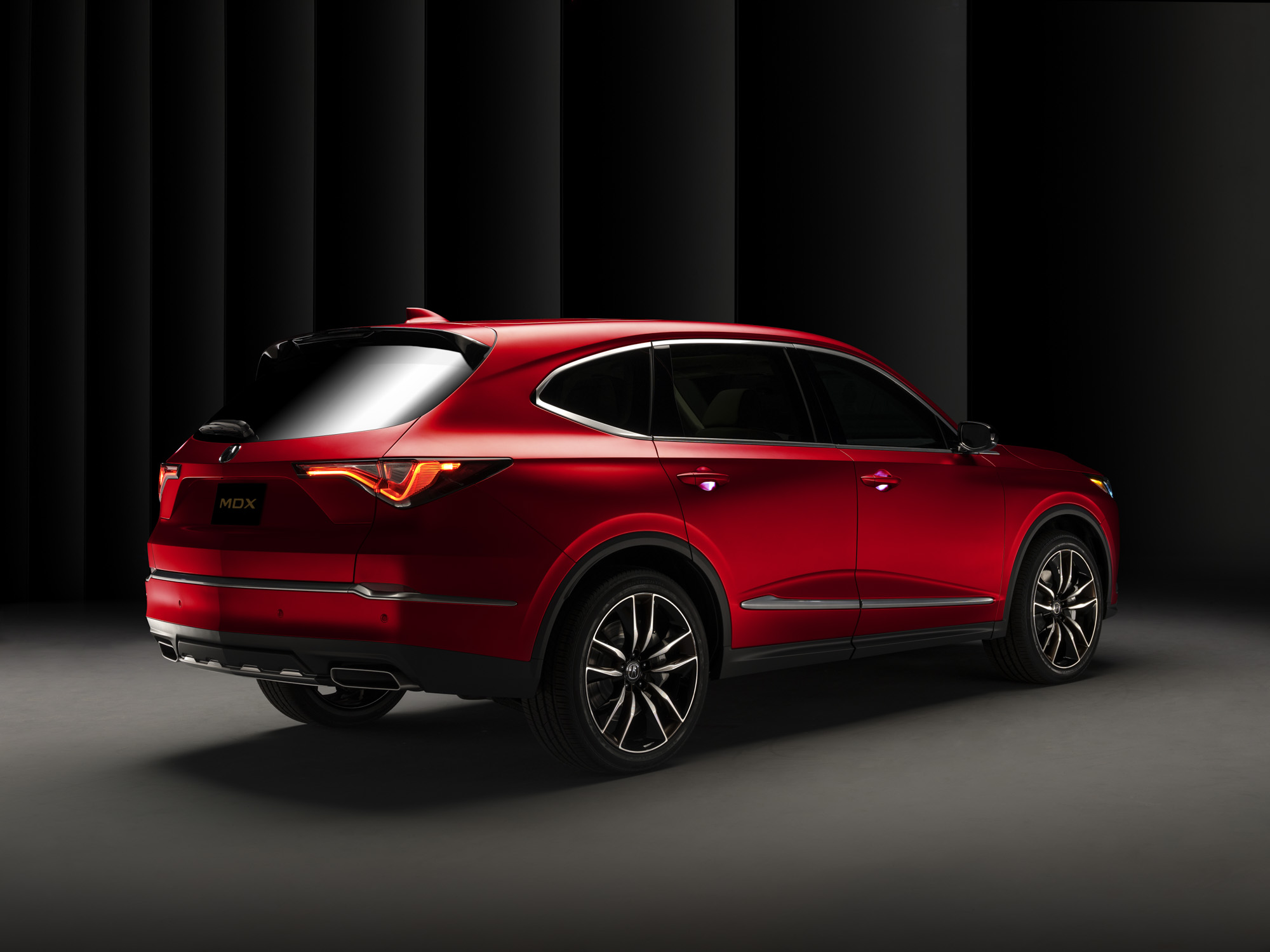 © American Honda Motors
MDX Type S
Acura will also offer the MDX Type S for the first time, which will come exclusively with a 3.0-liter turbocharged V6 engine producing an estimated 355 horsepower and 354 lb-ft of torque. This will be the most powerful engine Acura has ever dropped into an SUV. The MDX Type S will have Acura’s fourth-generation Super Handling All-Wheel Drive system designed to provide exceptional grip with dynamic torque vectoring. 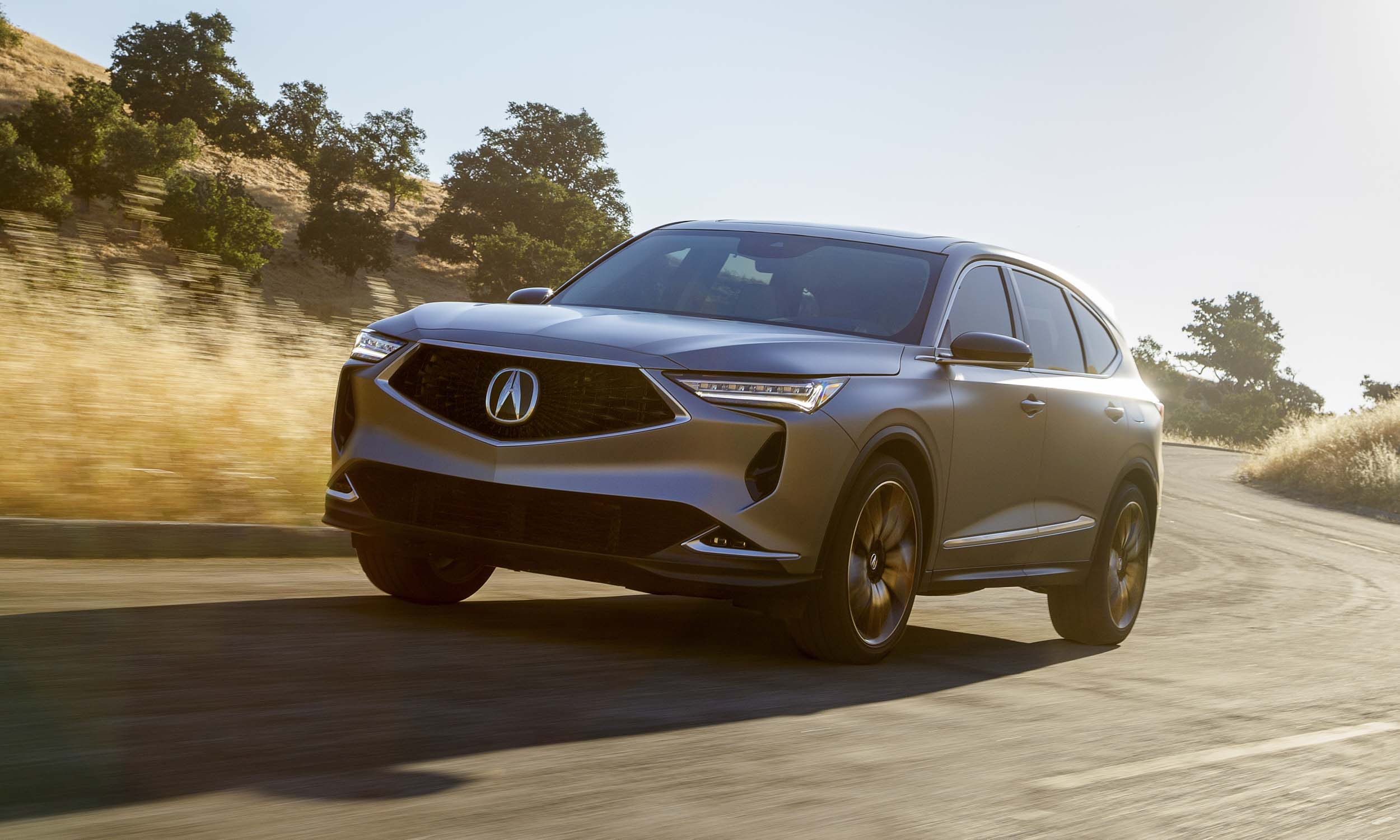 © American Honda Motors
Coming Next Year
This MDX Prototype is likely a close representation of the vehicle that rolls out when the 2021 Acura MDX arrives early next year. Watch for the more powerful MDX Type S to follow next summer. In keeping with previous generations, the new MDX will be designed, developed and produced in North America, with final assembly taking place at the company’s facility in East Liberty, Ohio.