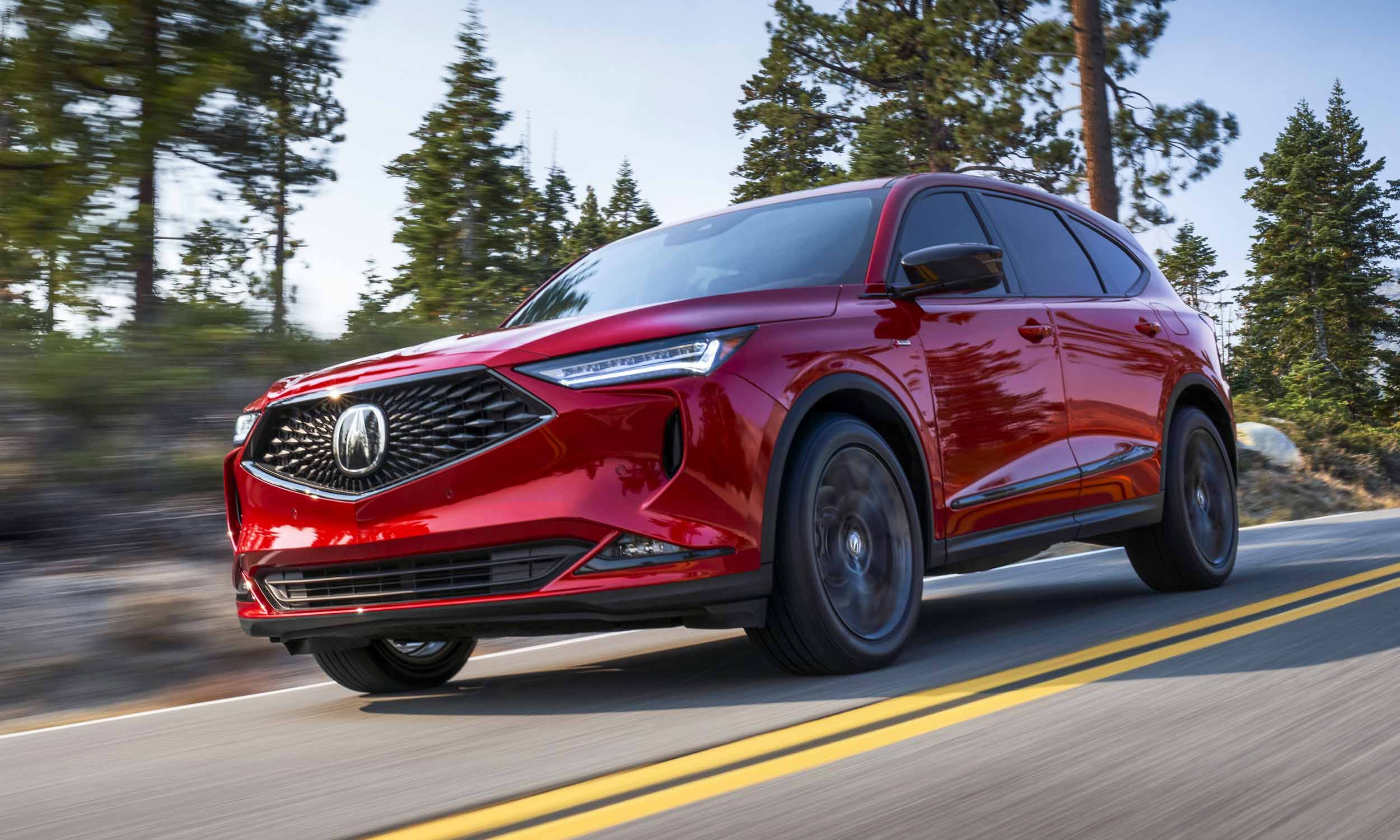 New for 2022
Twenty years ago Acura entered the premium SUV market with the stylish MDX, and now Honda’s luxury brand introduces the fourth generation of their best-selling luxury SUV. Shown in prototype form a couple months ago, the 2022 Acura MDX gets built on an all-new platform with bold new styling, a powerful engine and a wide range of new high-tech features. And for those who seek more performance, Acura will also introduce the first-ever MDX Type S. 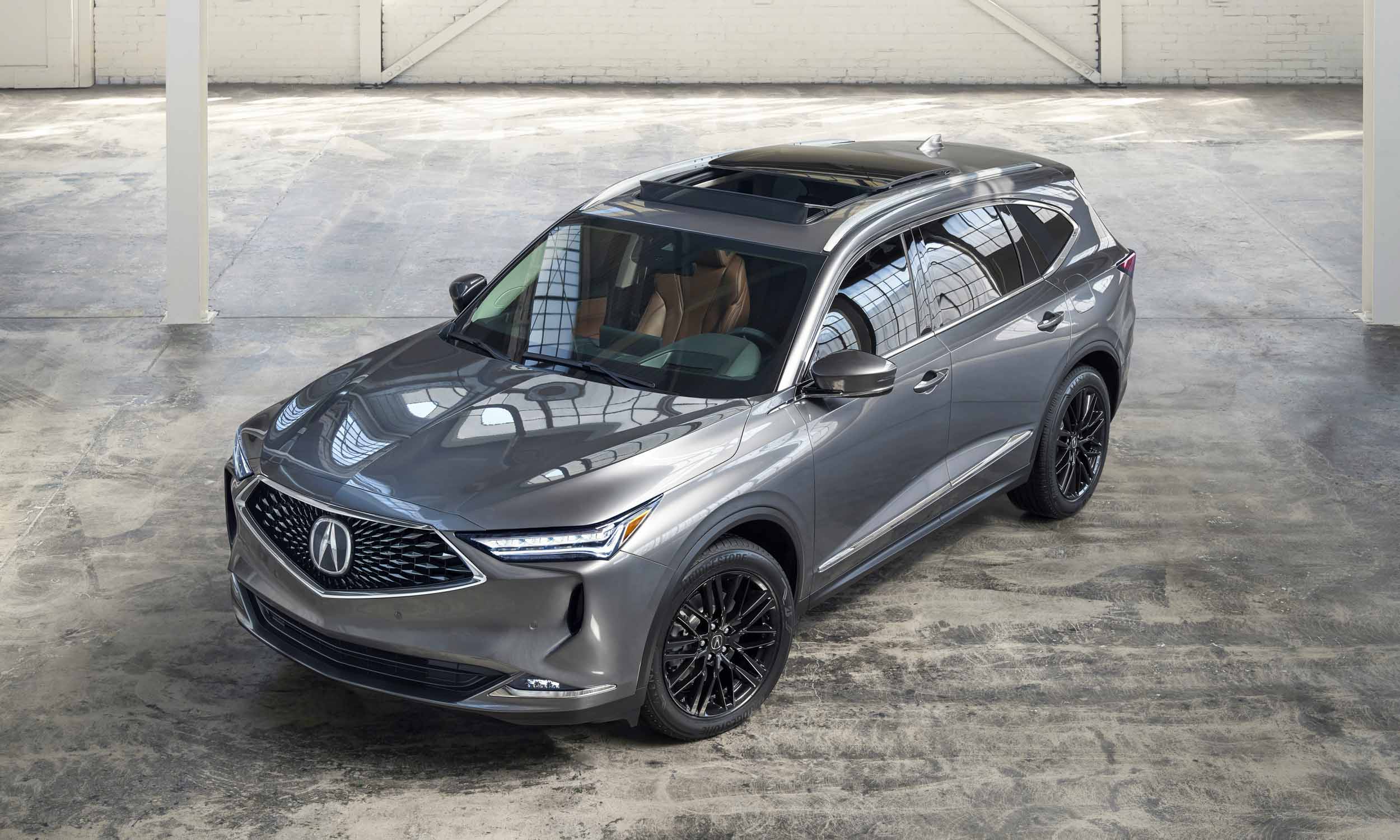 Flagship SUV
“This new fourth-generation MDX really builds on all of the values that have made MDX a perennial favorite with customers over the past 20 years,” said Tom Nguyen, MDX global development leader. “By injecting higher levels of craftsmanship, performance and technology, the 2022 MDX is truly a vehicle befitting of its flagship position,” Nguyen noted. 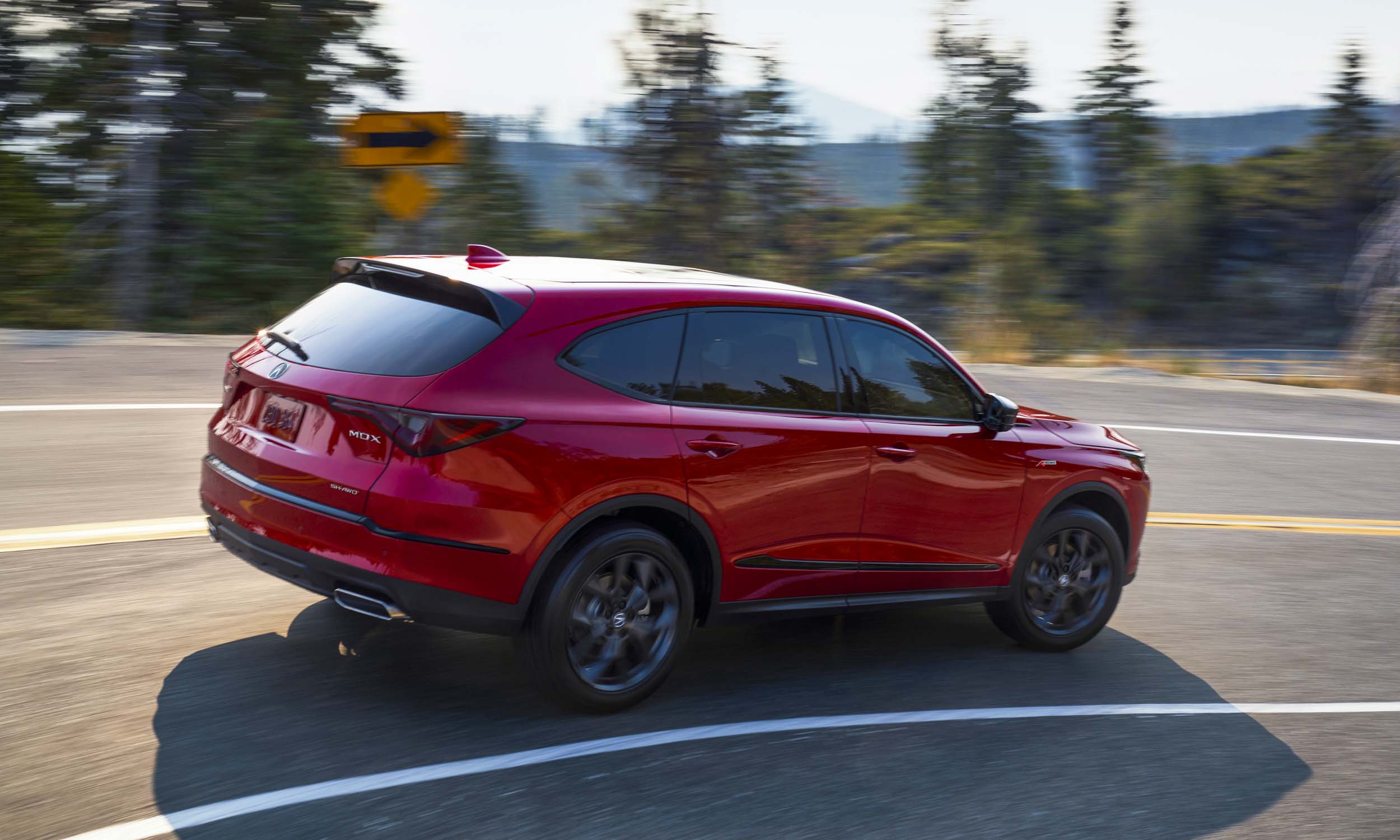 New Platform
The 2022 MDX rides on an all-new light-truck platform designed to deliver an improved ride that includes a quieter cabin. To support the upgraded performance of the Type S, the 2022 MDX will have the most rigid SUV body ever from Honda’s premium brand. The new performance-focused chassis will be supported by the model’s first-ever double-wishbone front suspension; the package is designed to deliver markedly improved handling and ride comfort. 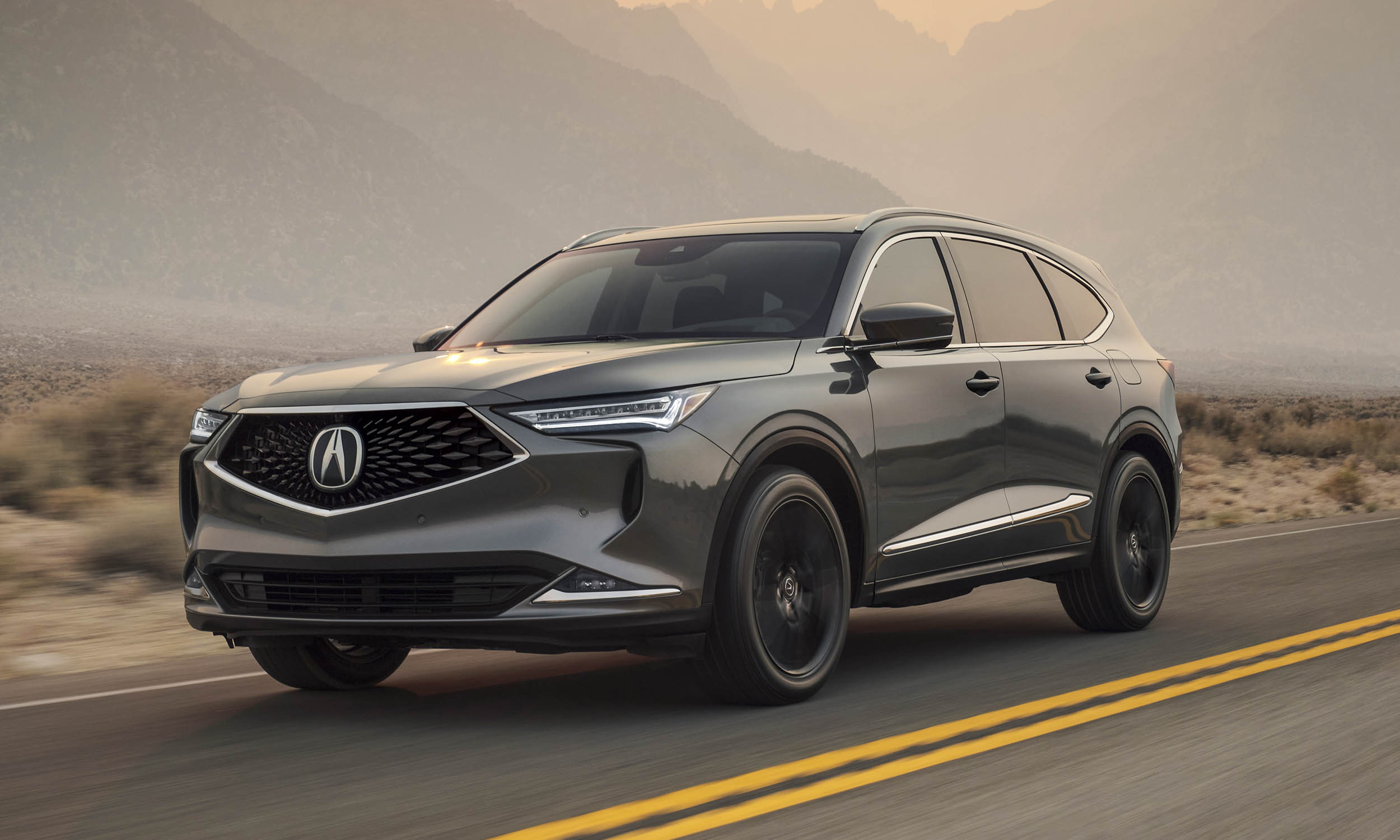 Longer and Wider
With its new platform, the MDX has a wheelbase almost 3 inches longer than the previous version. The 2022 MDX is 2.2 inches longer overall, about an inch wider and slightly shorter in height — although ground clearance remains at 7.3 inches. Wheels get pushed to the corners for an even wider stance, and the front and rear track (distance between the wheels across each axle) increases by 1.4 inches. 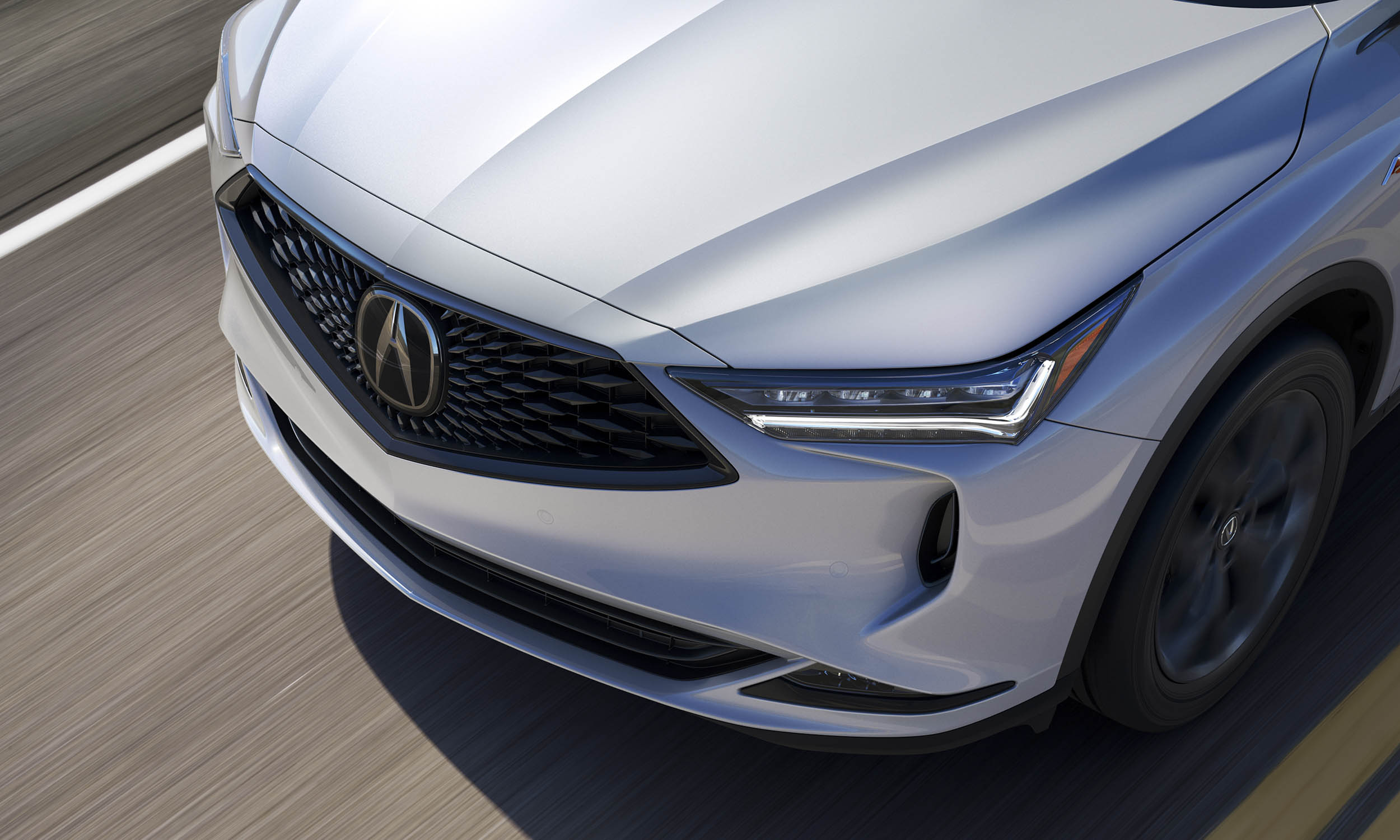 Familiar Styling
With clear styling ties to the recently introduced TLX, the new MDX features a larger Diamond Pentagon grille with a large Acura logo at the center. Four-element Jewel Eye LED headlights integrate well on either side of the grille, featuring Chicane LED daytime running lights. The front fascia has much deeper sculpting than the current generation, giving the SUV a wider, more aggressive appearance. 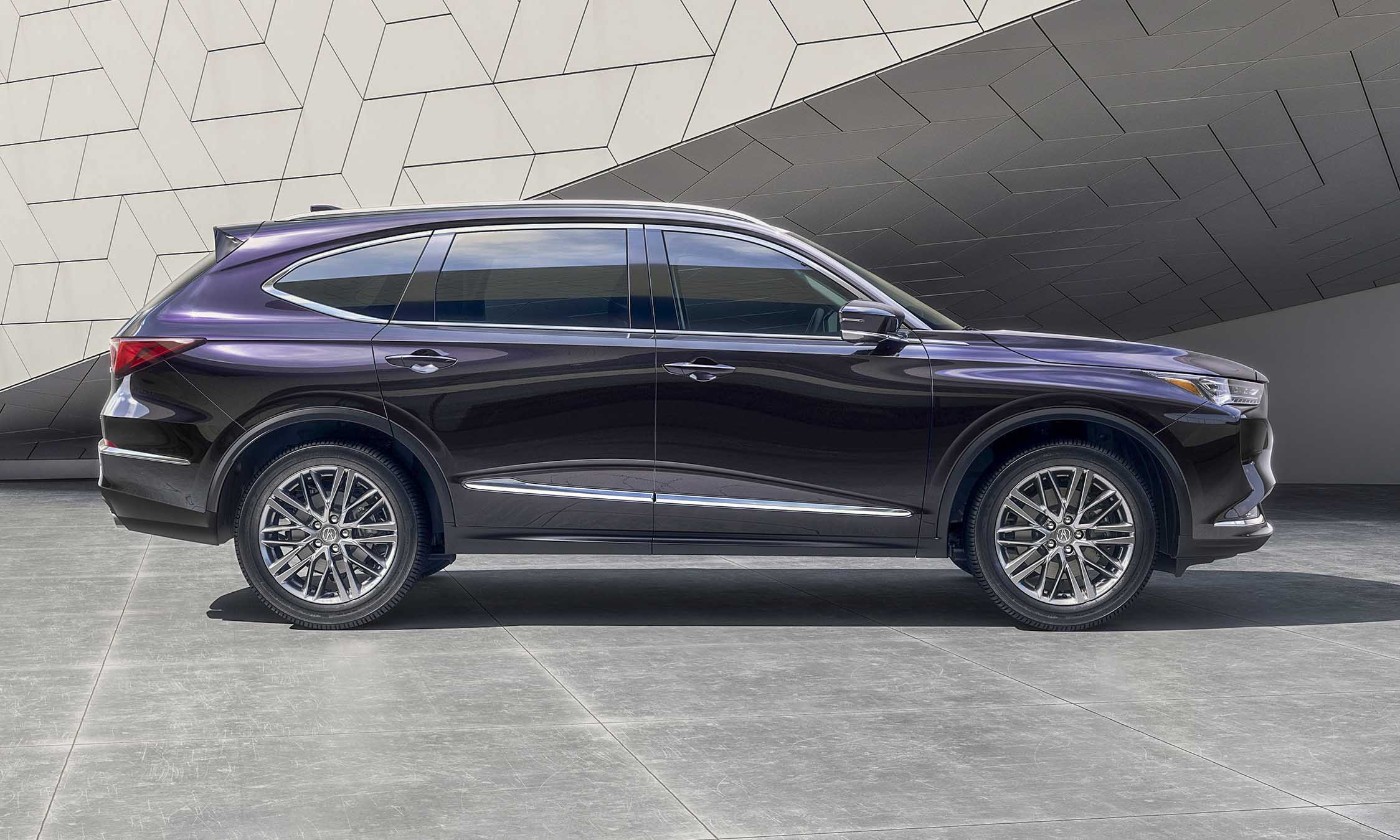 Sleeker Look
When viewed from the side, the longer hood of the 2022 Acura MDX pushes the cabin rearward, giving the new SUV a sleeker look. The sides are deeply sculpted, emphasized by a chrome strip along the lower segment of the doors. A strong shoulder line runs from the edge of the headlights to the beginning of the taillights. The standard 19-inch or optional 20-inch aluminum alloy wheels complement the vehicle’s new proportions. 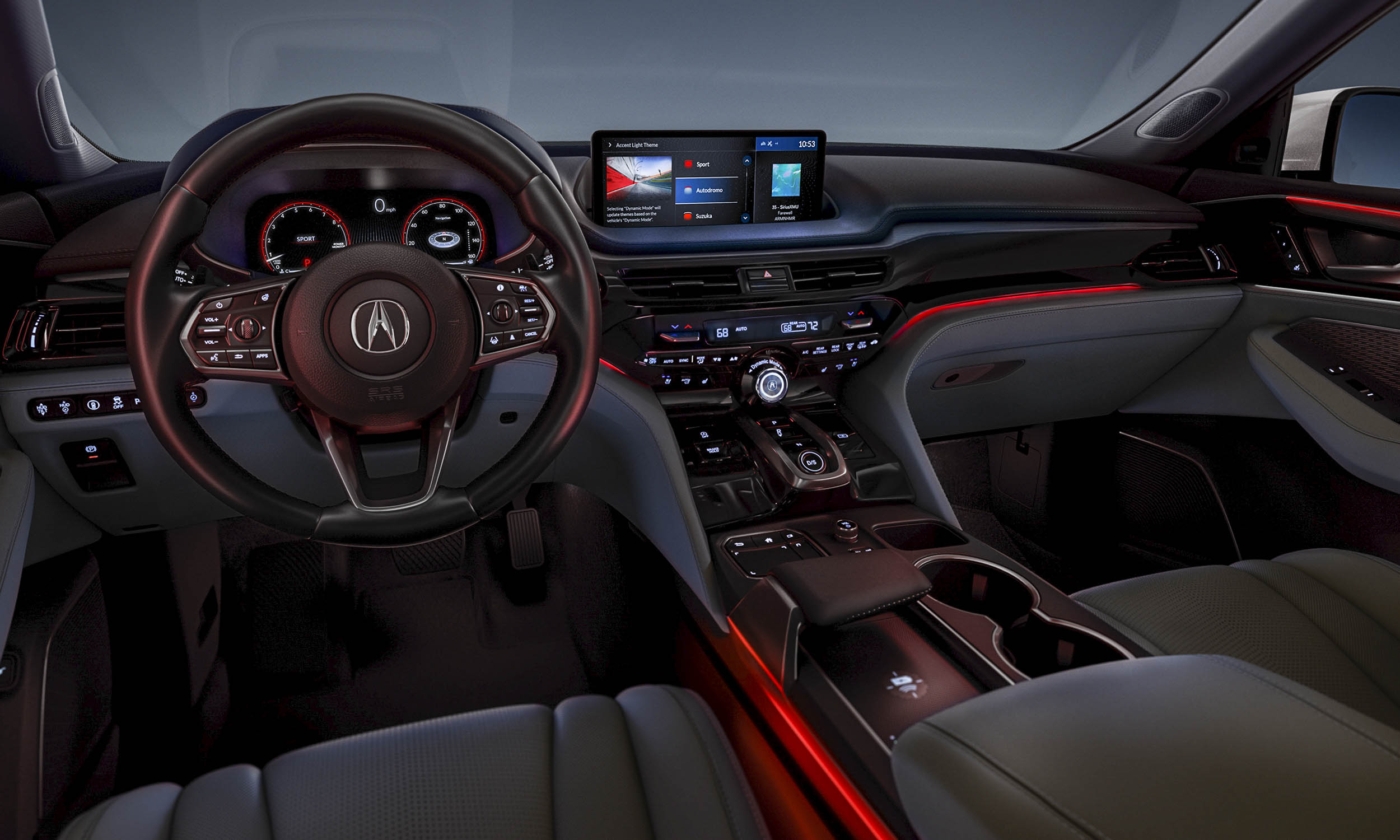 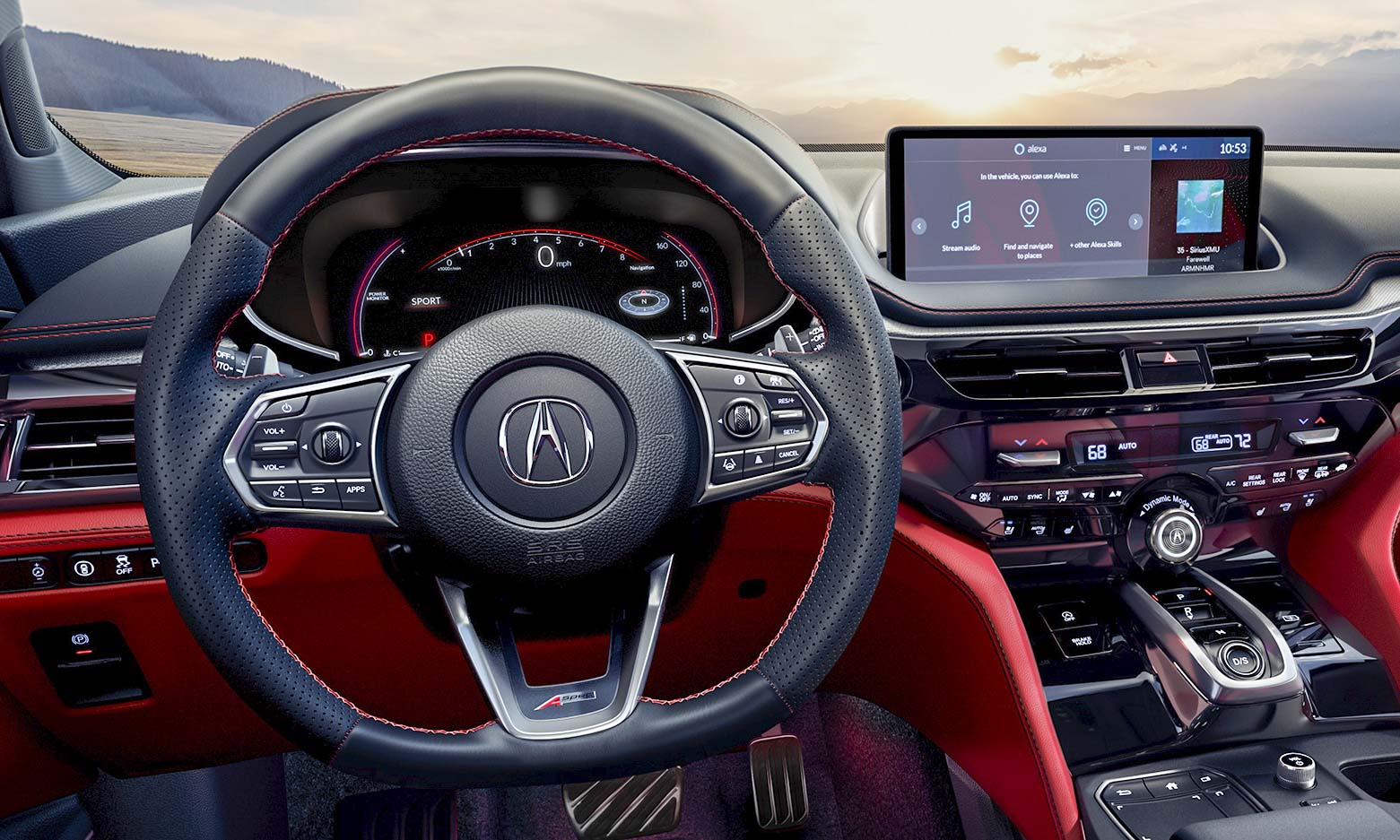 Precision Cockpit
The 2022 Acura MDX features an all-digital Acura Precision Cockpit with a 12.3-inch driver display replacing the analog gauges, as well as a standard 12.3-inch HD center display. As with other Acura models, the MDX forgoes a touchscreen, instead employing a touchpad that replicates the functionality of a touchscreen with what Acura calls a True Touchpad Interface. 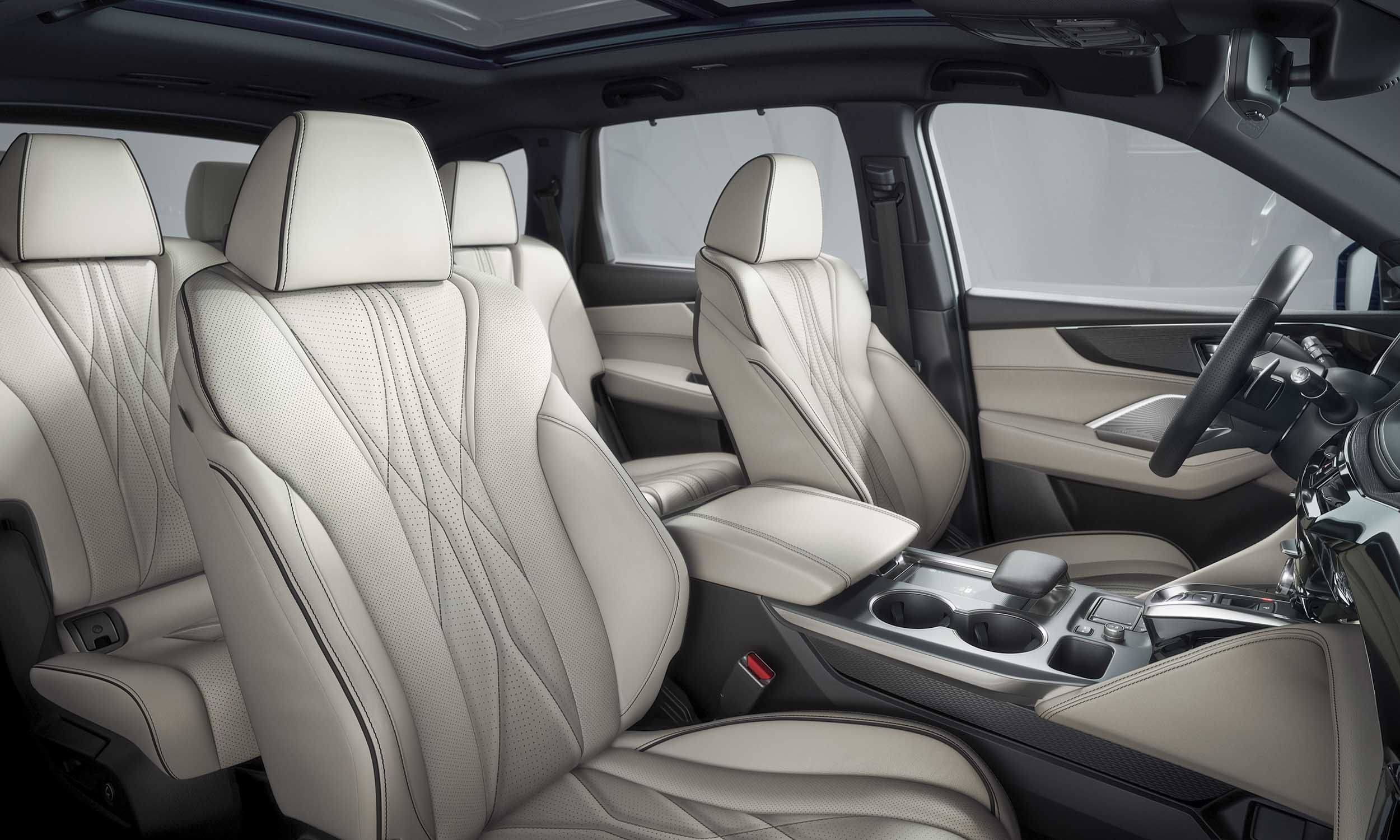 Roomier Cabin
Thanks to its longer wheelbase and wider body, the MDX Prototype has a roomier cabin with more legroom in all three rows, as well as more headroom for those relegated to the third row. Interior designers raised the third-row seat 2 inches to better accommodate occupants with long legs. Cargo space increases with additional underfloor storage behind the third row. 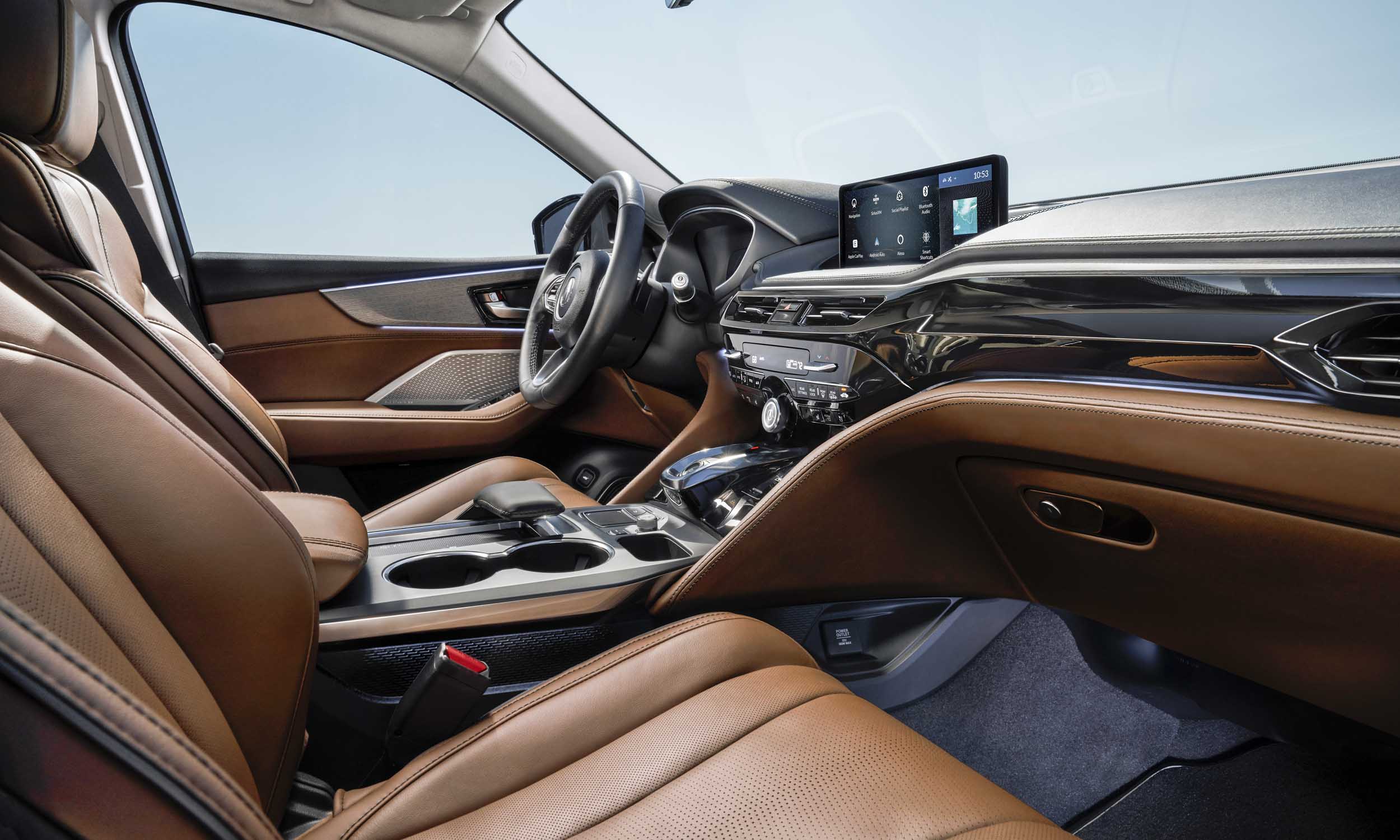 Premium Materials
The 2022 MDX gets fitted with materials appropriate for a flagship luxury SUV, such as open-pore wood, brushed aluminum and soft Milano leather. Up front, next-generation Acura sport seats feature 12-way power adjustment as well as three-tier heating. The A-Spec MDX front seats also have ventilation as well as power side bolsters. 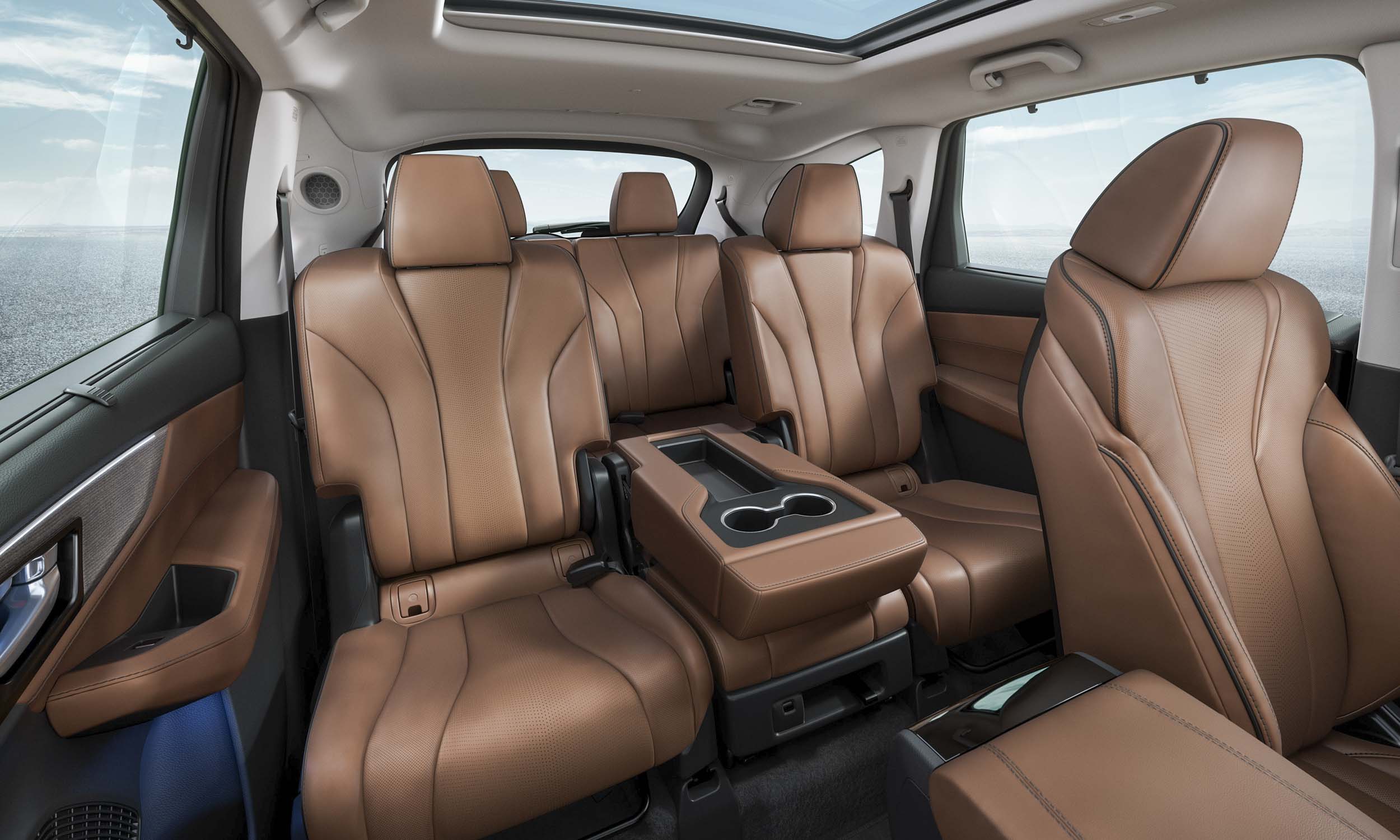 Versatile Seating
The second row of the 2022 Acura MDX can be configured as a bench seat for three or two individual bucket seats. The center seat can be folded to create a large center console between the two outer seats, or it can be removed completely to provide easier access to the third row. 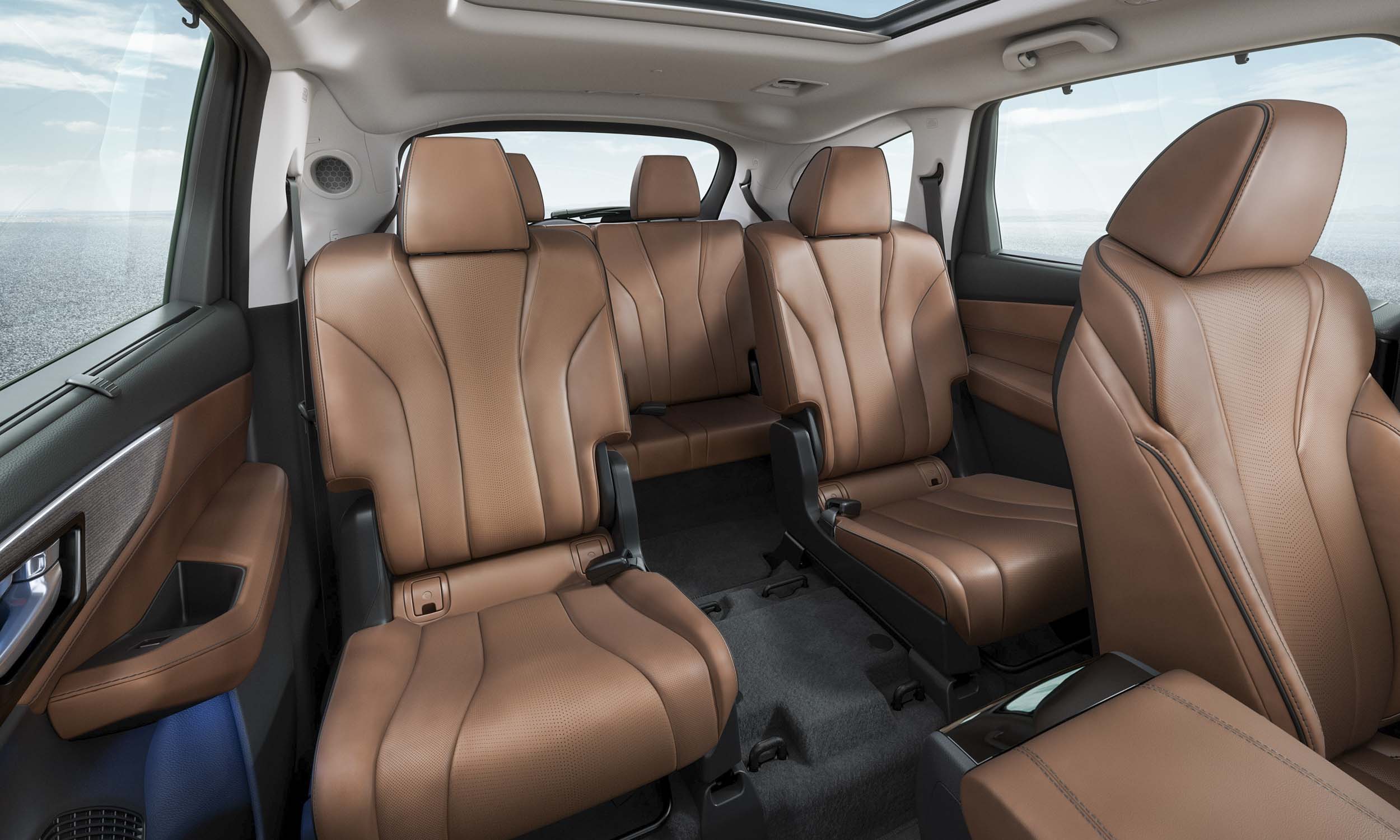 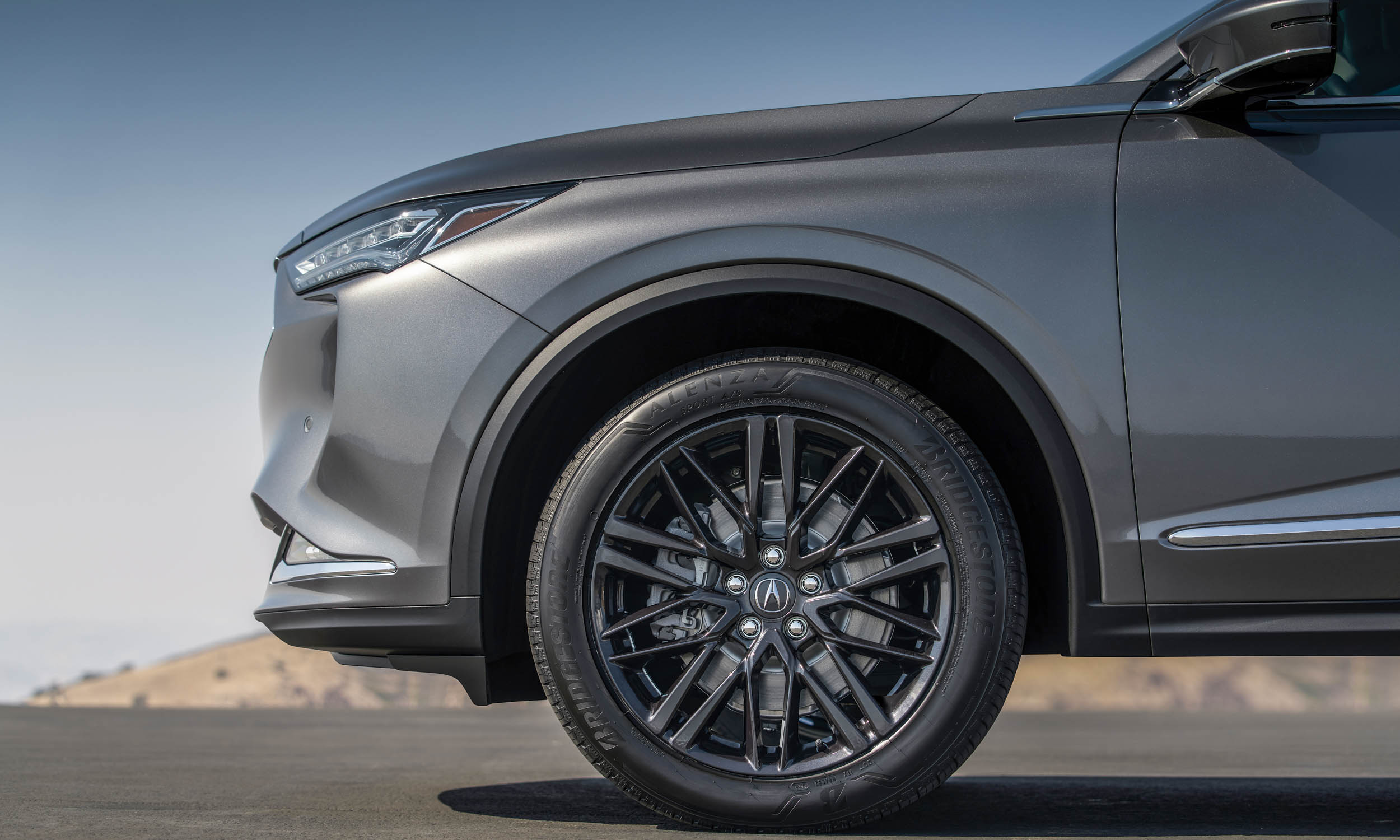 Under the Hood
A 3.5-liter i-VTEC V6 engine producing 290 horsepower and 267 lb-ft of torque powers the 2022 Acura MDX; these figures remain unchanged from the prior generation. However, the V6 is now teamed with a 10-speed automatic transmission with Sequential SportShift and paddle shifters. U.S. EPA fuel-economy ratings are 19 mpg city / 26 mpg hwy / 22 mpg combined for front-wheel drive. Highway and combined ratings drop by 1 mpg for all-wheel drive. 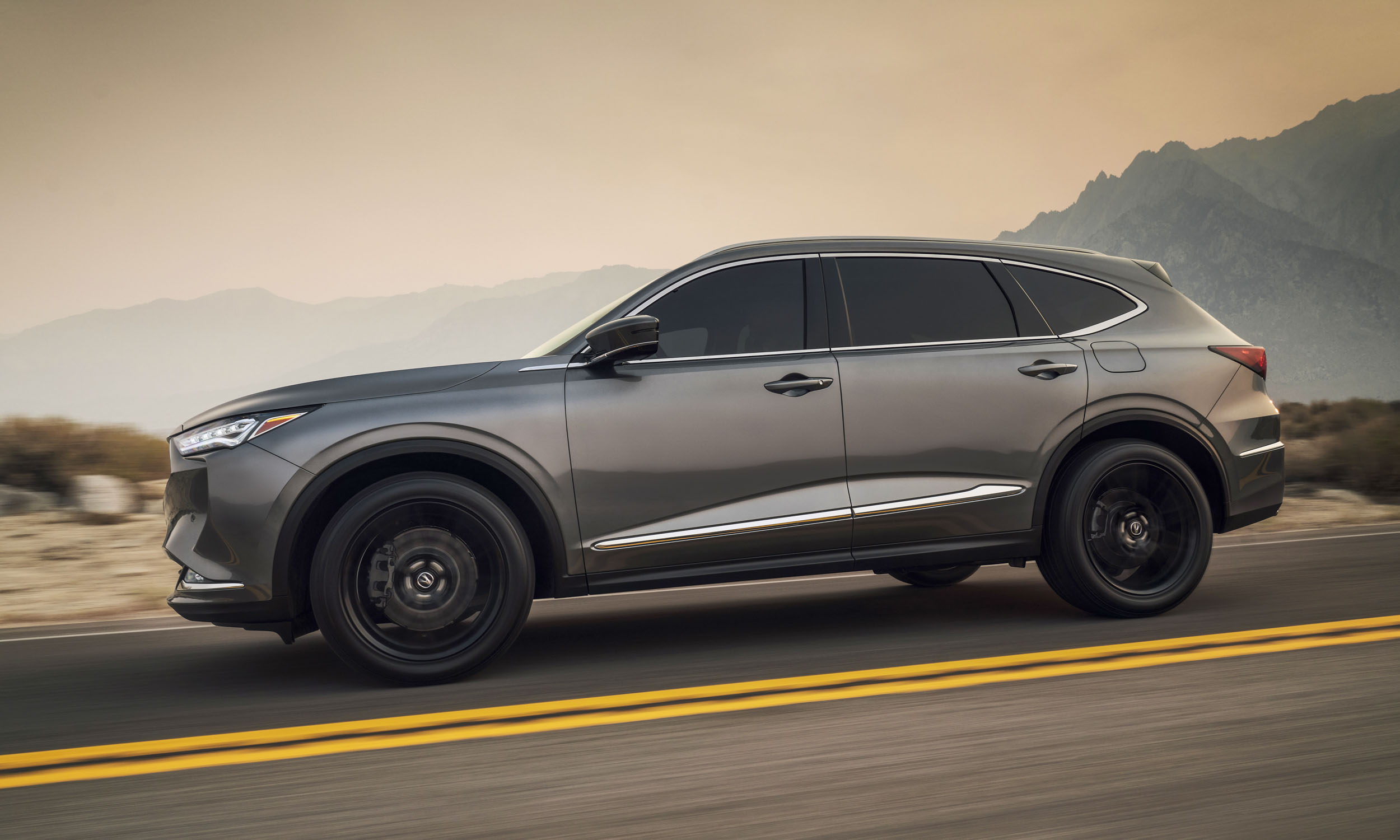 All-Wheel Drive
The 2022 MDX receives the latest generation of Acura’s Super Handling All-Wheel Drive. The rear-biased SH-AWD system features torque vectoring, including the ability to send 100 percent of the rear-axle torque to the right or the left wheel for improved cornering and better overall handling. The updated system can deliver up to 70 percent of the power to the rear wheels and is 30 percent quicker when transferring power from front to rear. 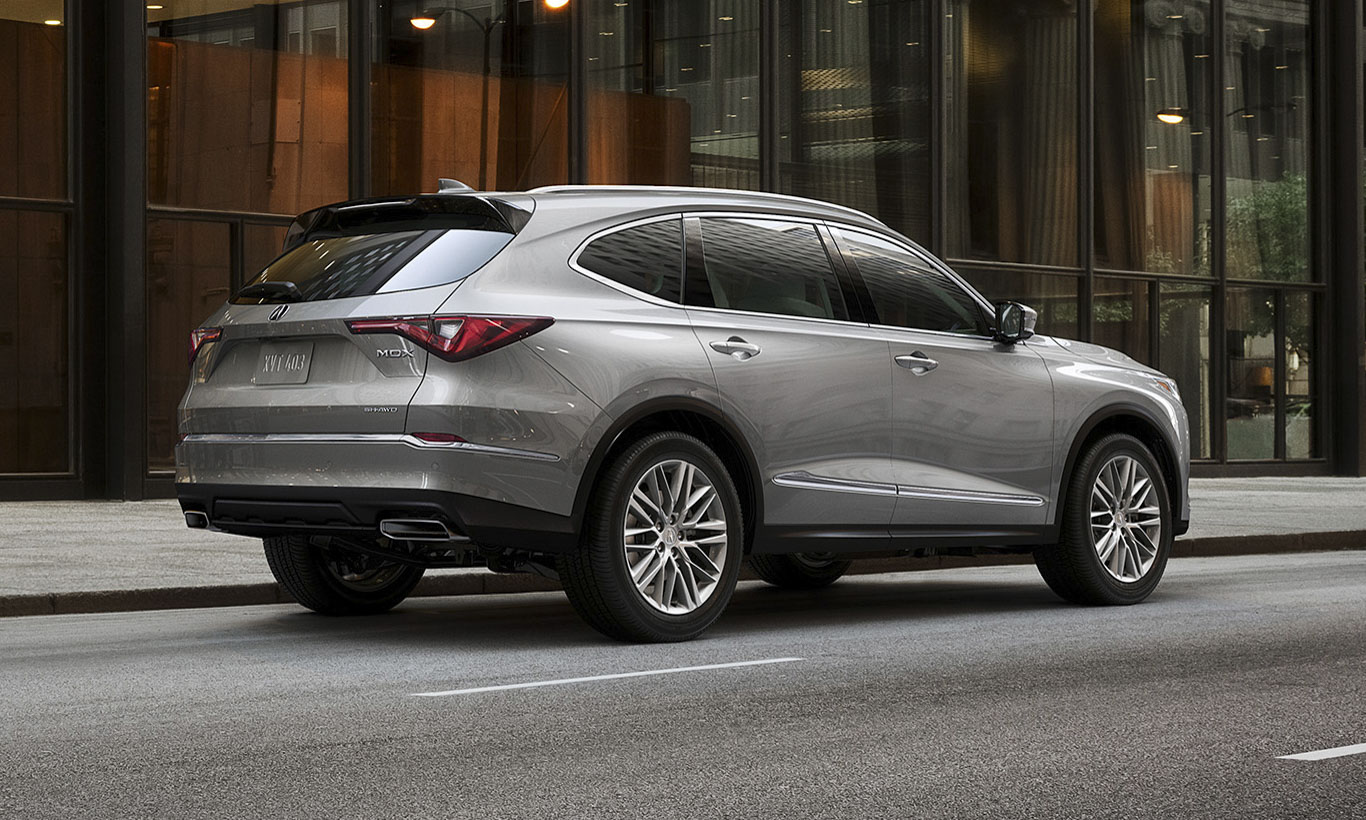 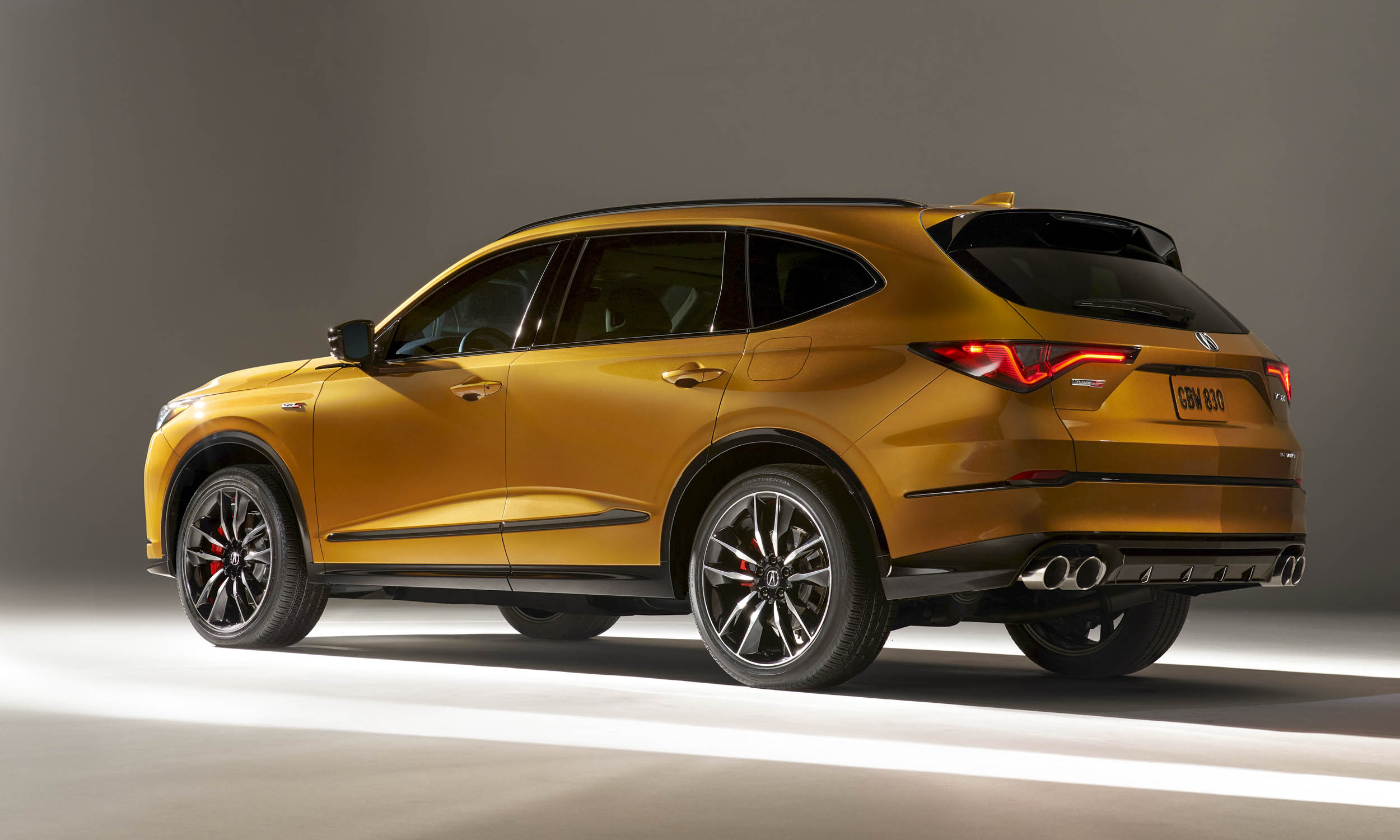 MDX Type S
Late next summer Acura will introduce the MDX Type S — the first Type S performance treatment applied to an Acura SUV. The MDX Type S will have a 3.0-liter turbocharged V6 engine producing an estimated 355 horsepower and 354 lb-ft of torque — the most powerful engine Acura has ever dropped into an SUV. The Type S will stand out from the rest of the MDX lineup with an open diamond mesh grille, quad exhaust outlets and a range of premium interior features. 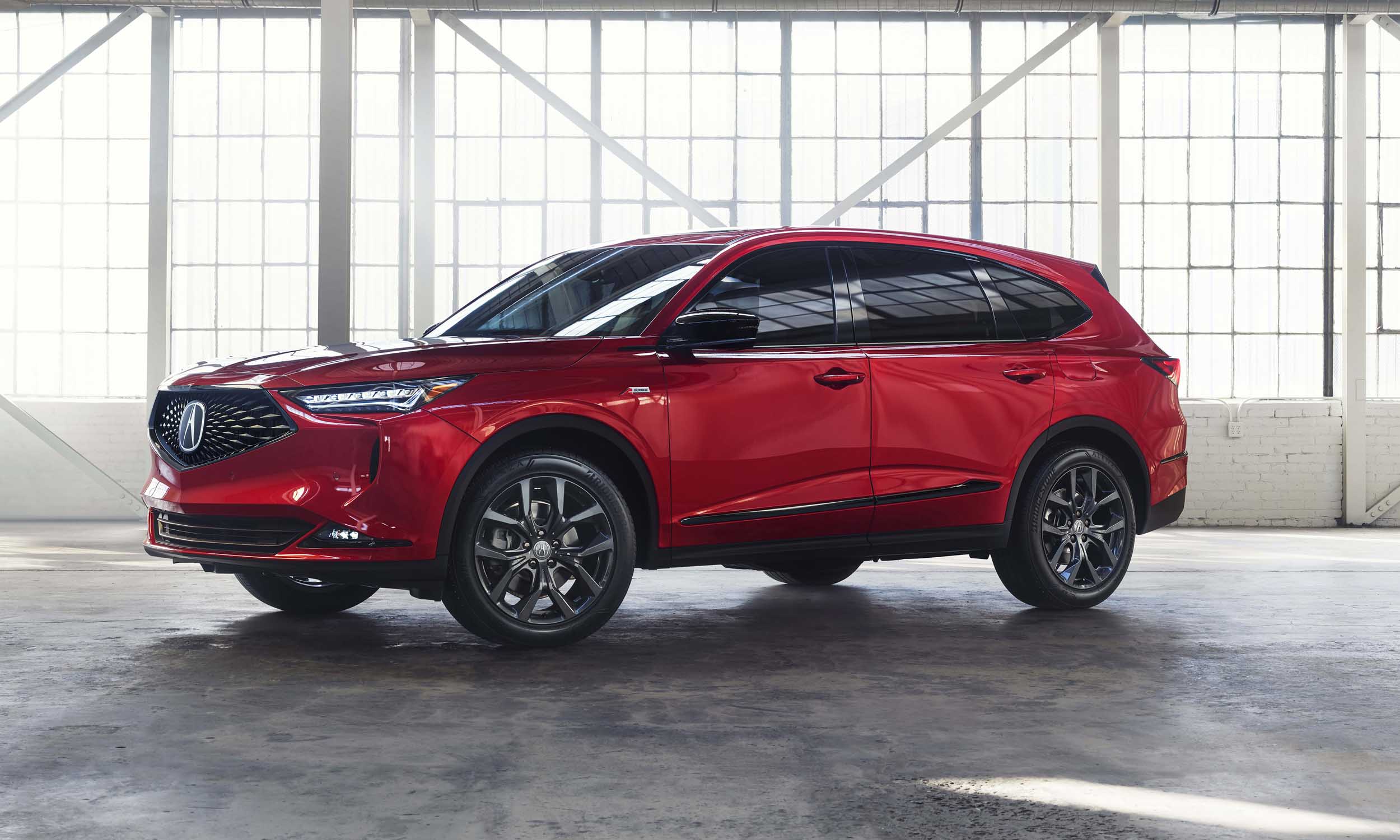 Coming Soon
The 2022 Acura MDX will come to market with MSRPs ranging from $46,900 for the base-level front-drive trim to $60,650 for the MDX w/Advance Package and SH-AWD. Look for the new MDX to start arriving in Acura showrooms next February. The Type S will arrive in summer of 2021, and pricing for this high-performance variant will be released closer to the on-sale date.