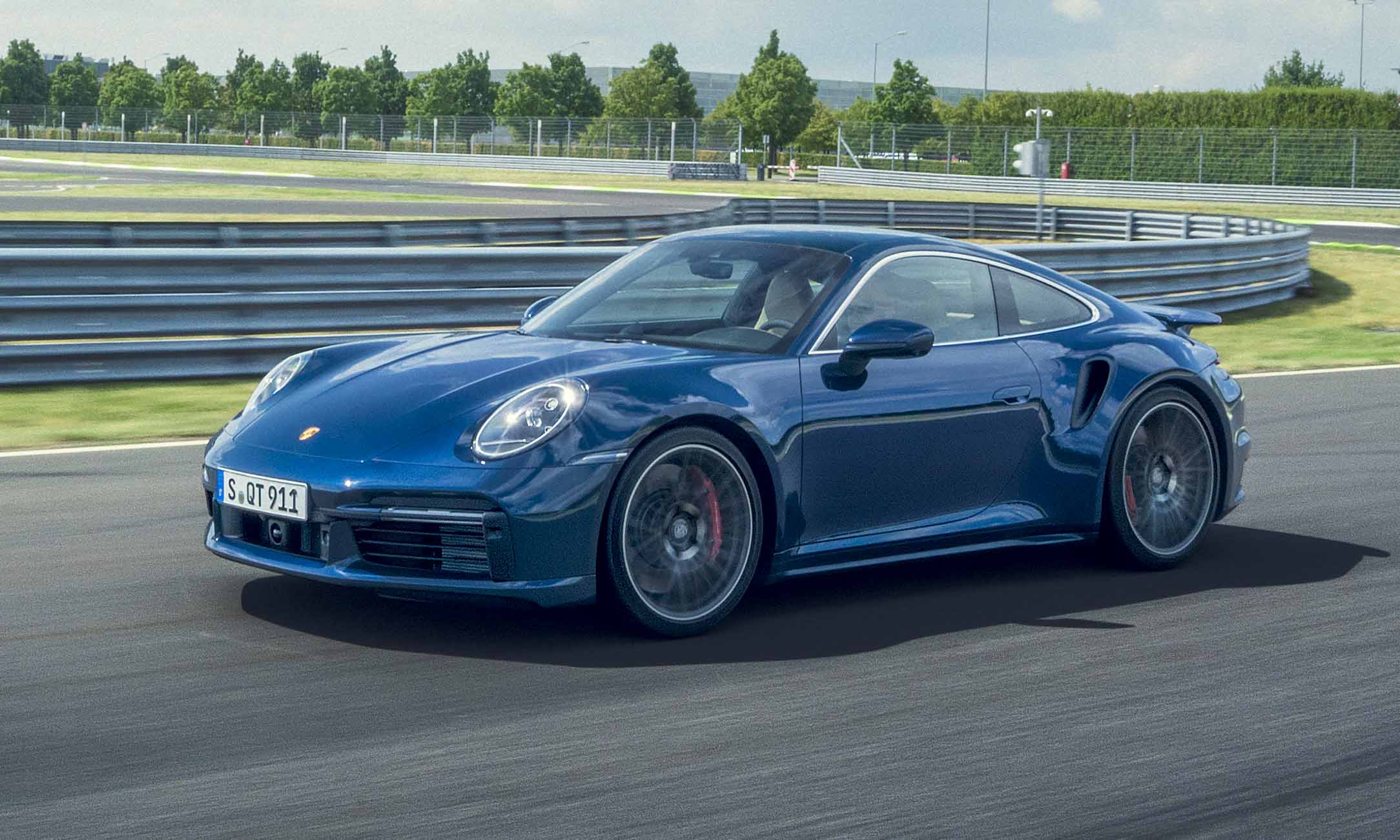 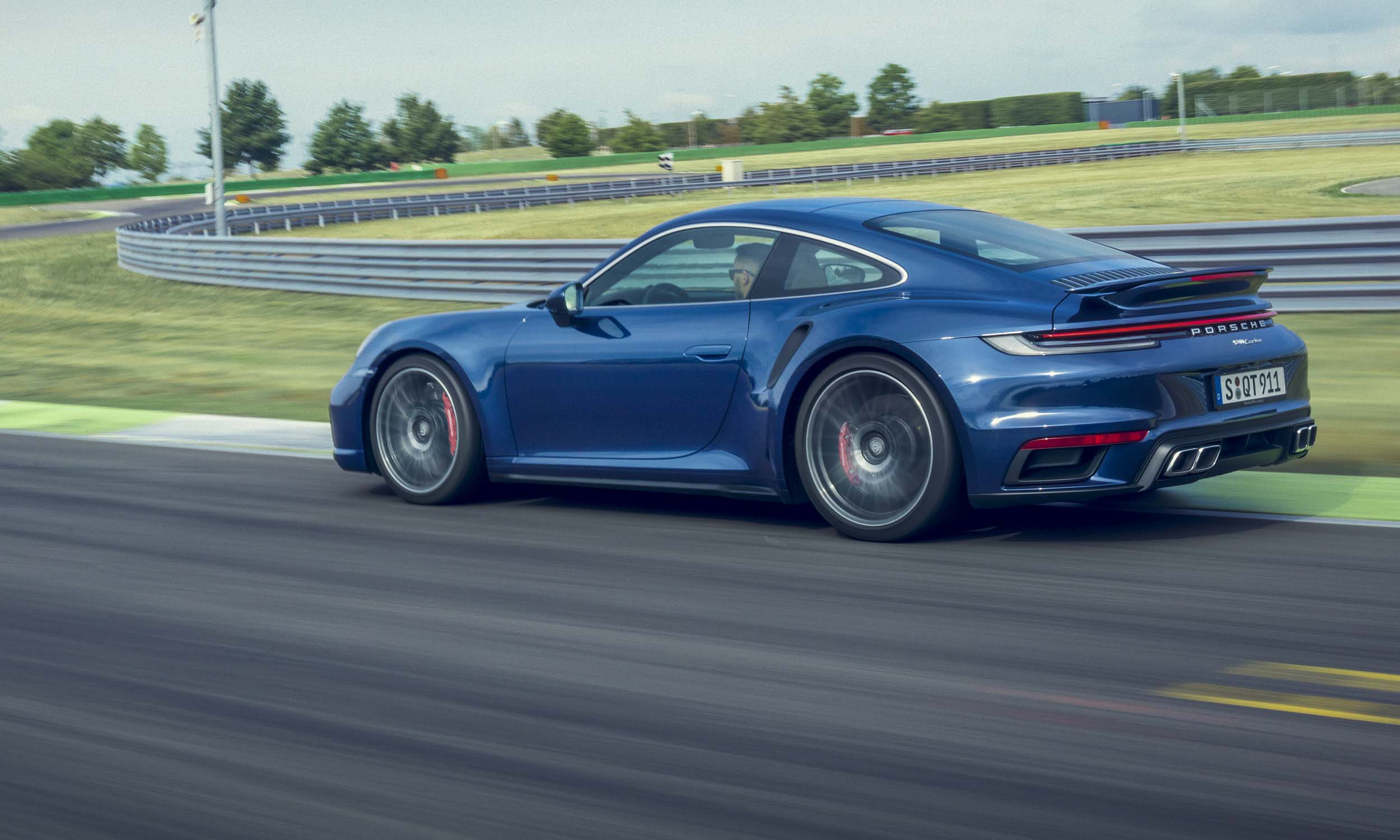 Market Shift
When Porsche’s first 911 Turbo came to market in the mid 1970s, its 3.0-liter 6-cylinder engine with a single turbocharger produced about 260 horsepower. Although this might not seem powerful in a world where Toyota Camrys now have 300 horsepower, at the time the first 911 Turbo was one of the most powerful sports cars in America. The performance car world has changed considerably since then, and this latest 911 Turbo boasts more than twice the power of the original. 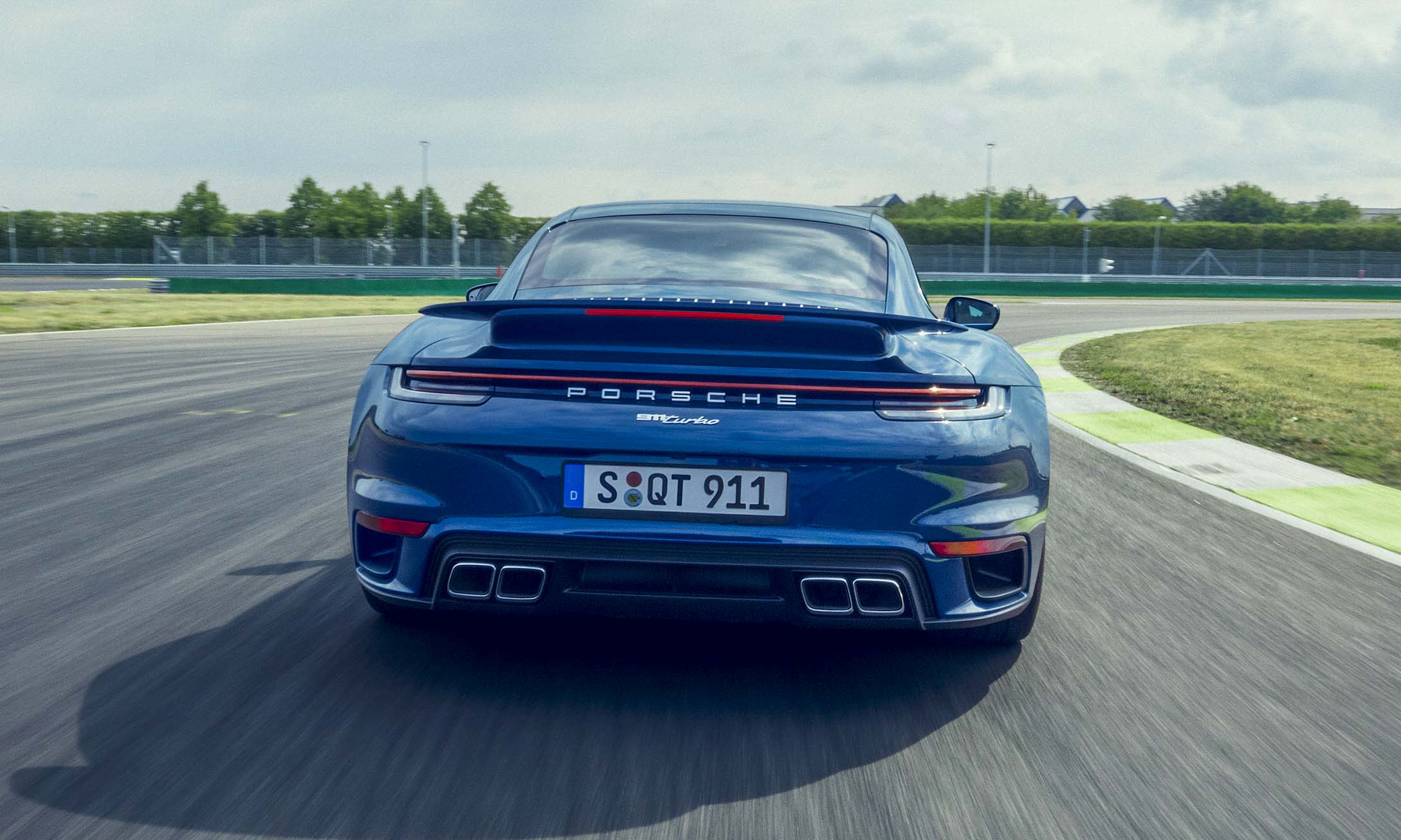 More Power
The new Porsche 911 Turbo sports a 3.8-liter 6-cylinder boxer engine with two symmetrical VTG turbochargers to produce 572 horsepower and 553 lb-ft of torque — an increase of 32 horses and 67 lb-ft of torque over the outgoing 911 Turbo. The rear-mounted engine gets teamed with an 8-speed PDK transmission specifically calibrated to the powerful turbo engine. 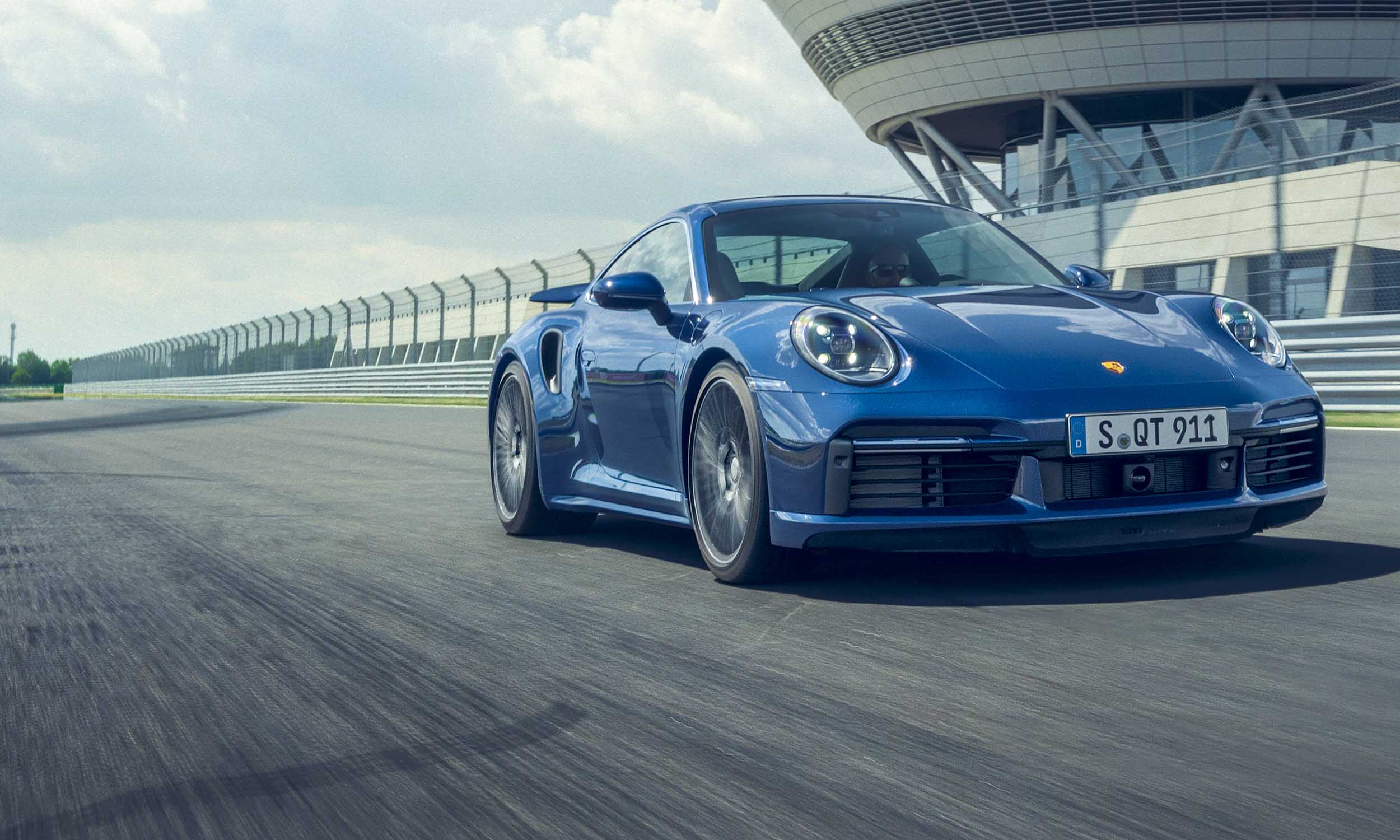 Outstanding Performance
As expected, the 911 Turbo is very quick off the line. The coupe sprints to 60 mph in 2.7 seconds — approximately .2 seconds faster than its predecessor. The 911 Turbo Cabriolet takes one-tenth of a second longer to accomplish the same task. Top speed lists at 198 mph. The Porsche Traction Management system and active all-wheel drive can send more power to the front wheels than previous 911 Turbos, providing added traction and improved performance in dry or wet conditions. 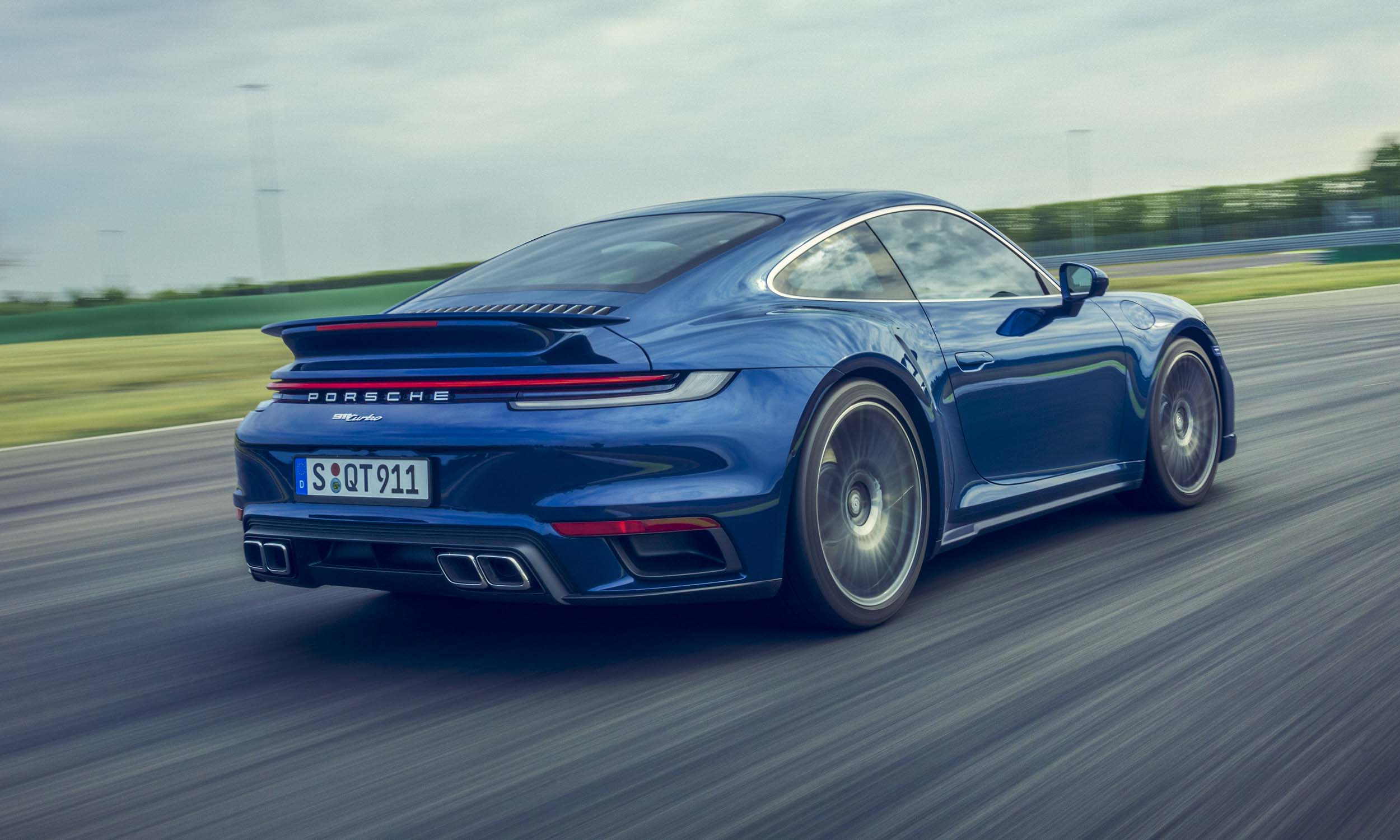 Improved Handling
With the power increase for the 2021 Porsche 911 Turbo, the German automaker gives the 911 chassis many of the changes brought about by the previously released 911 Turbo S. These include improved steering response, a wider track and two suspension options. The standard suspension offers both agility and comfort, while those looking for a more sporting option can upgrade to the PASM Sport Suspension, which lowers ride height by .39 inches to further improve handling. The Porsche Dynamic Chassis Control with active anti-roll stabilization also is an available option, as are the Porsche Ceramic Composite Brakes (PCCB) with 10-piston front calipers. 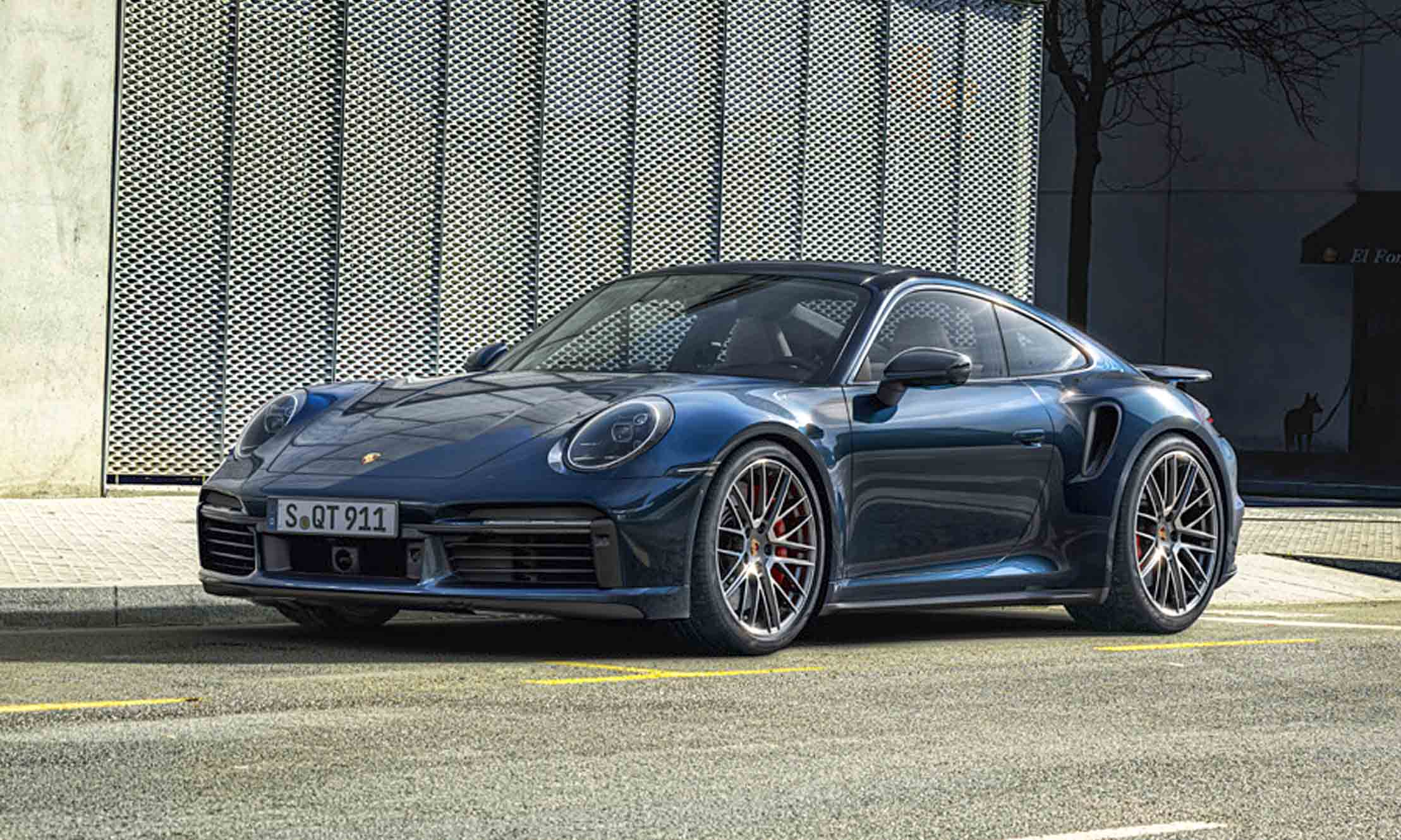 Powerful Stance
Like the 911 Turbo S, the new 911 Turbo is about 1.8-inches wider than the previous generation. Enhanced adaptive aerodynamics with air flaps at the front to control cooling, a larger active front spoiler and a bigger rear spoiler help set the Turbo apart from the standard 911. And LED headlights are now standard. 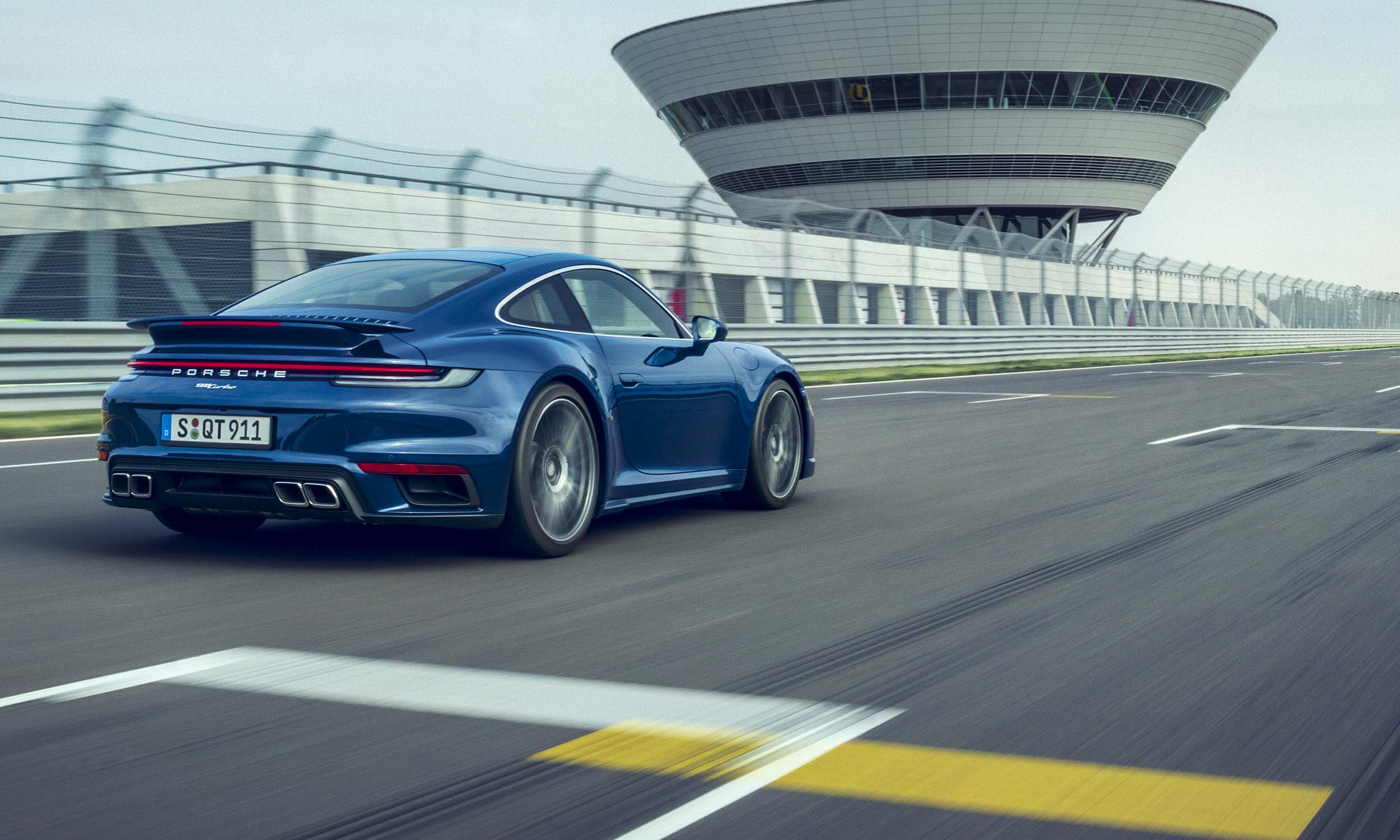 Rear View
At the rear of the 2021 Porsche 911 Turbo, an LED light bar spans the width of the car above the PORSCHE logo and rectangular quad exhaust outlets. Buyers have the option of upgrading to the Sport Exhaust with distinctive twin oval outlets. 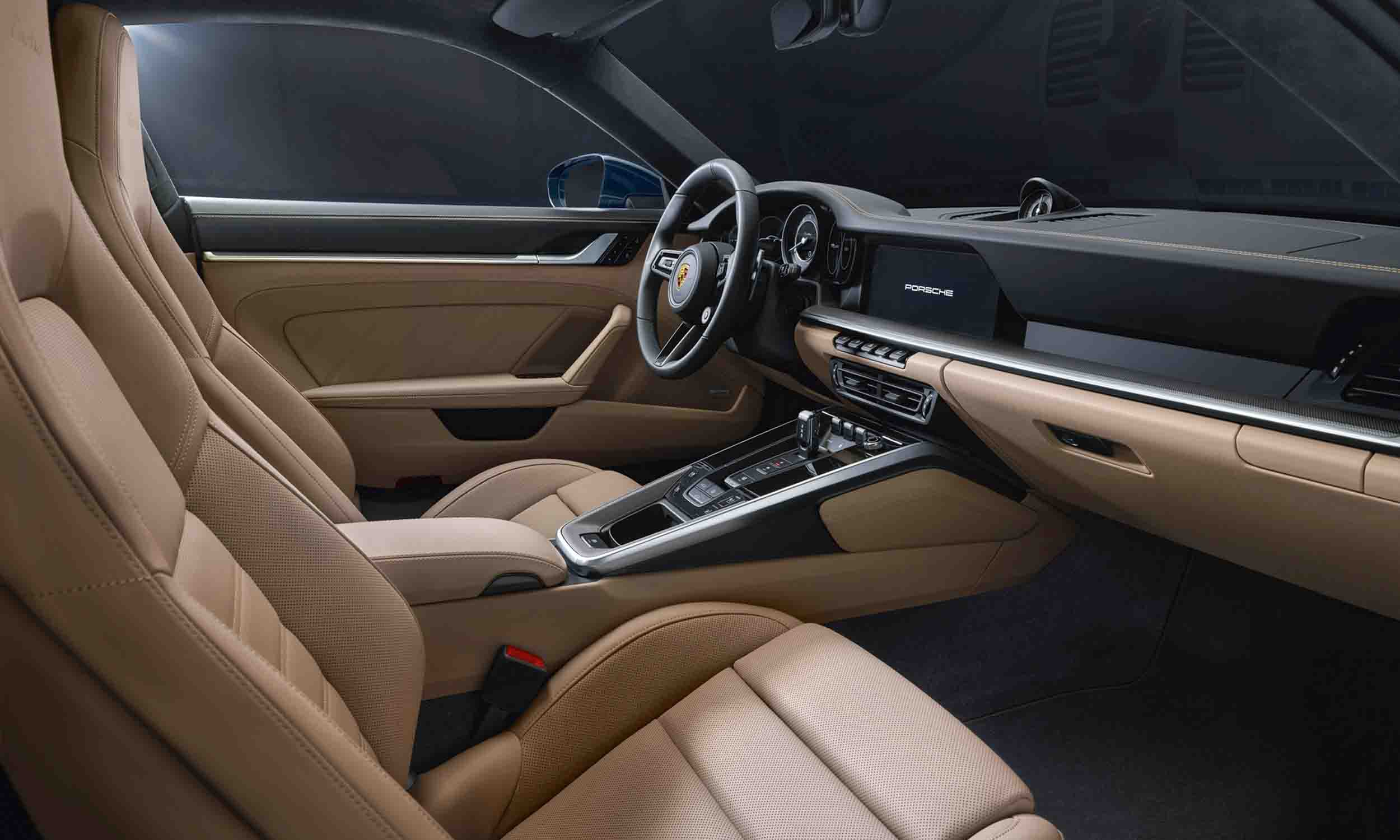 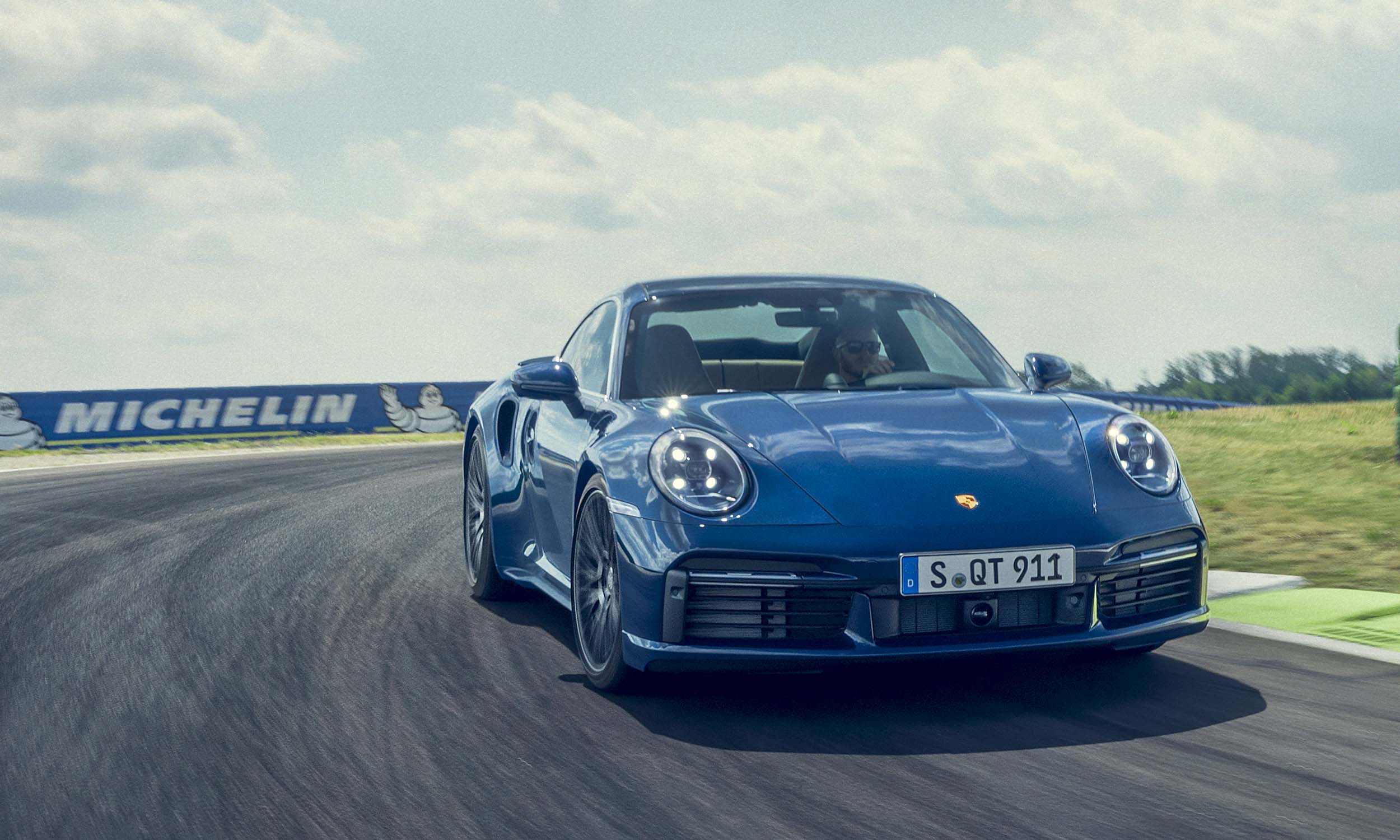 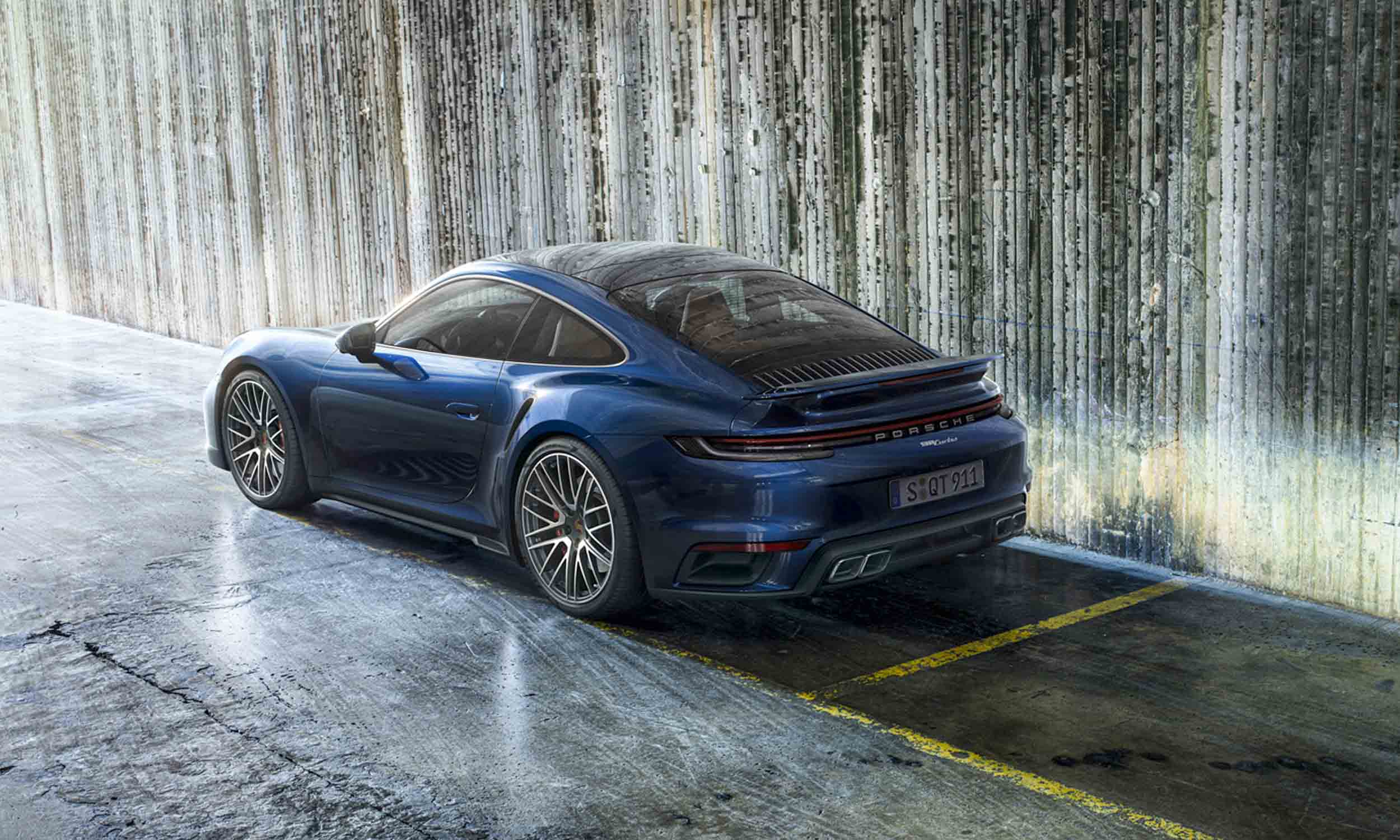 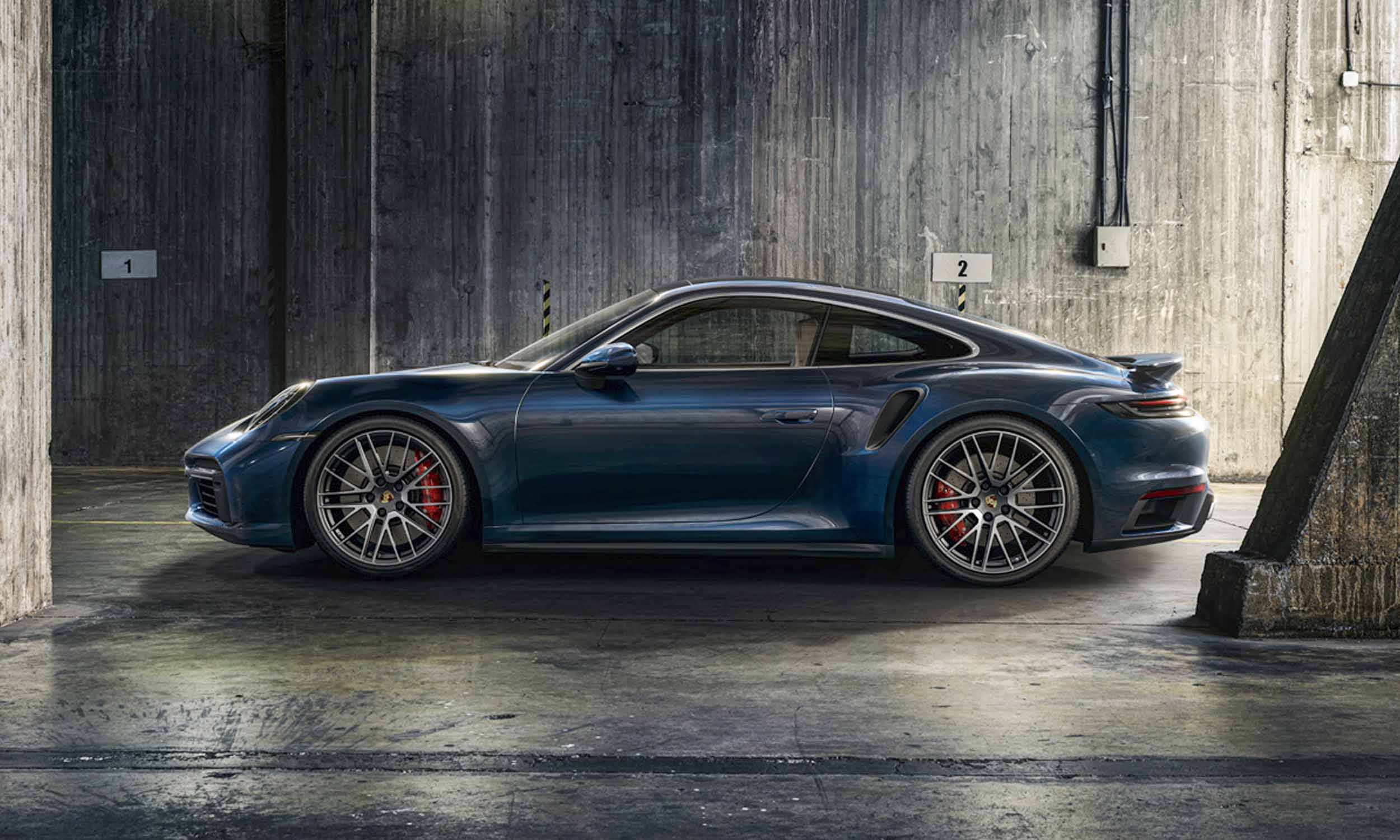 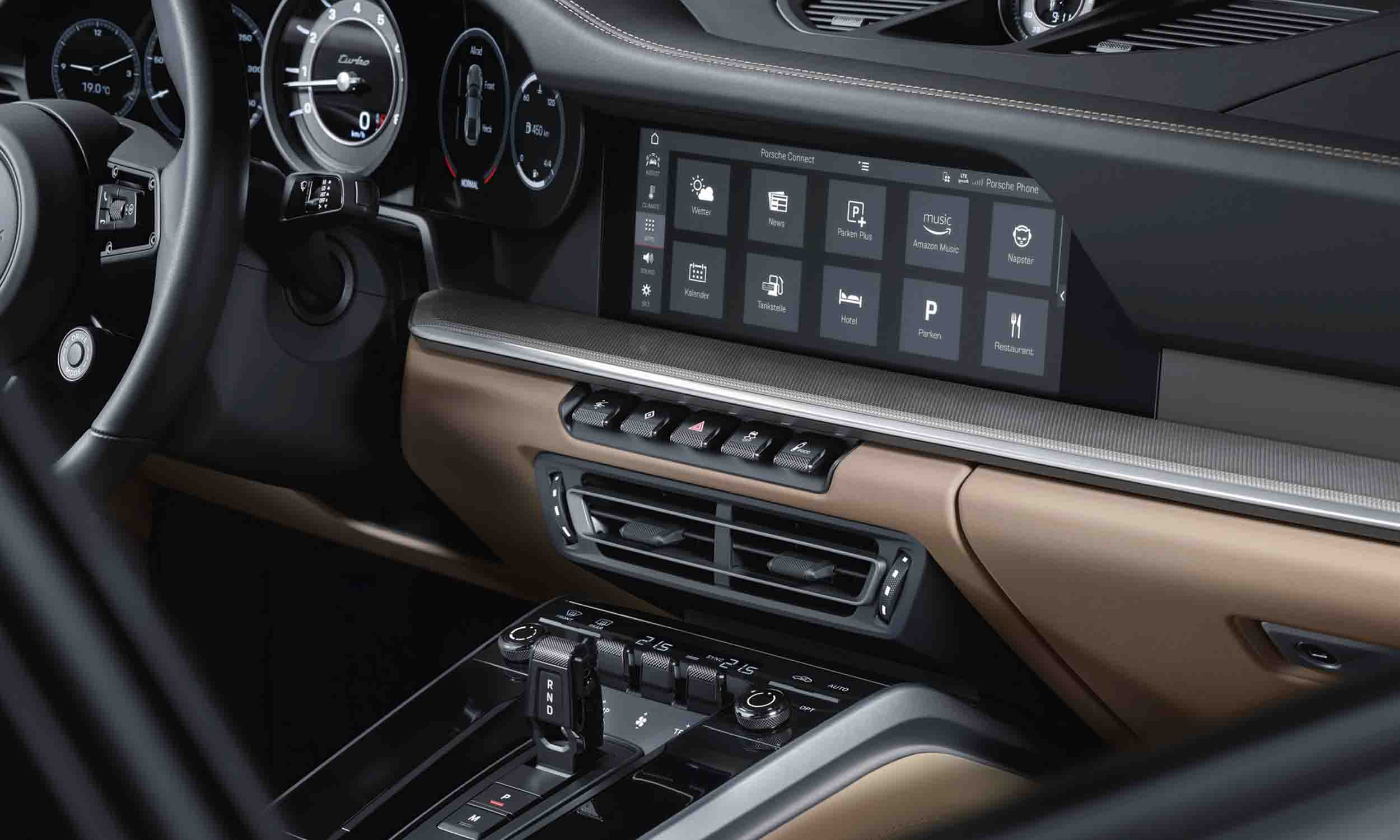