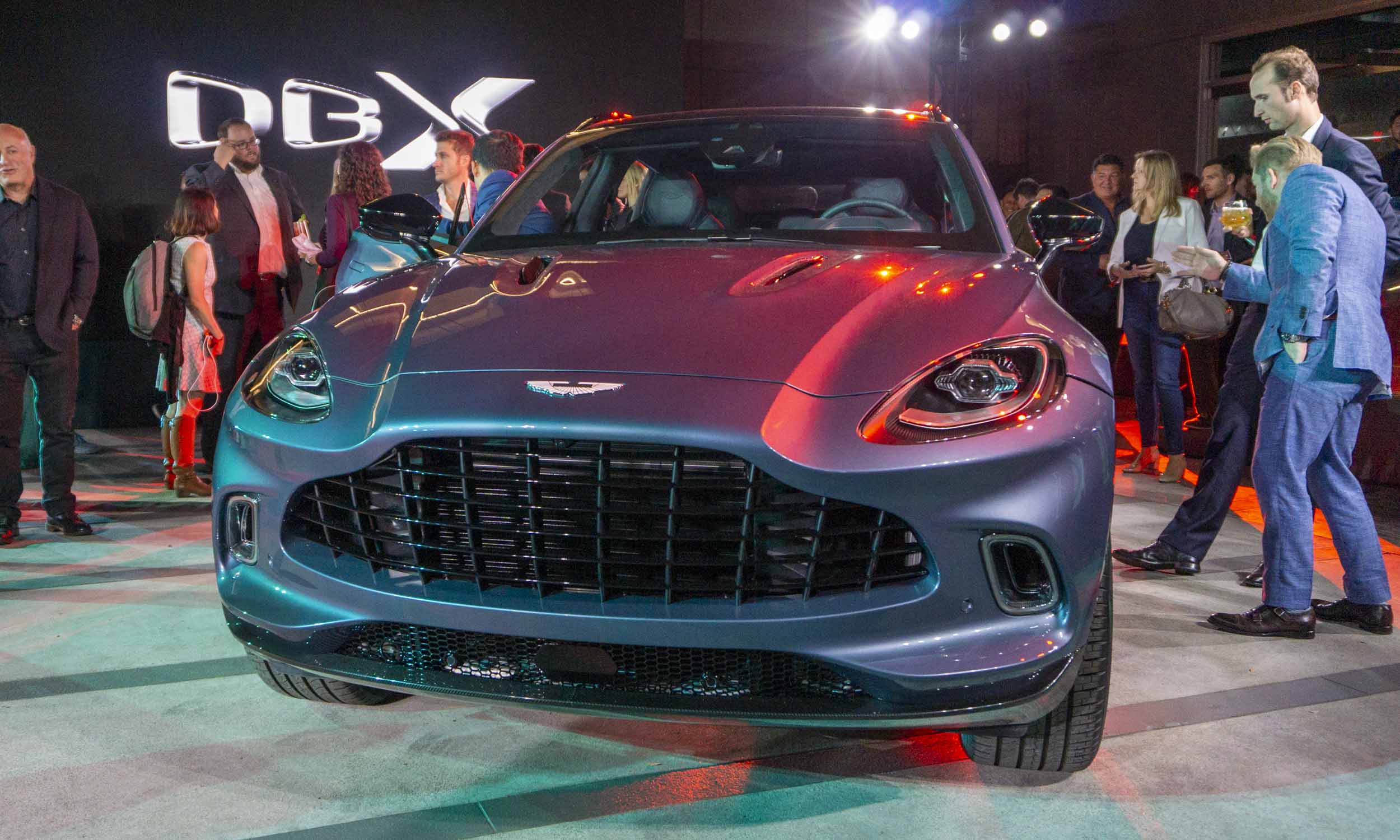 Premium Brand SUV
At one time the notion of a sport-utility vehicle being produced by a luxury car brand such as Rolls-Royce, Porsche, Lamborghini or Bentley was unthinkable, akin to a ballerina in combat boots. However, as a result of the SUV’s rise to popularity in the U.S., each of these companies has created a sport-utility vehicle in the last few years. For 2021, Aston Martin will be joining those ranks with its own take on the premium performance SUV with the introduction of the brand-new DBX. 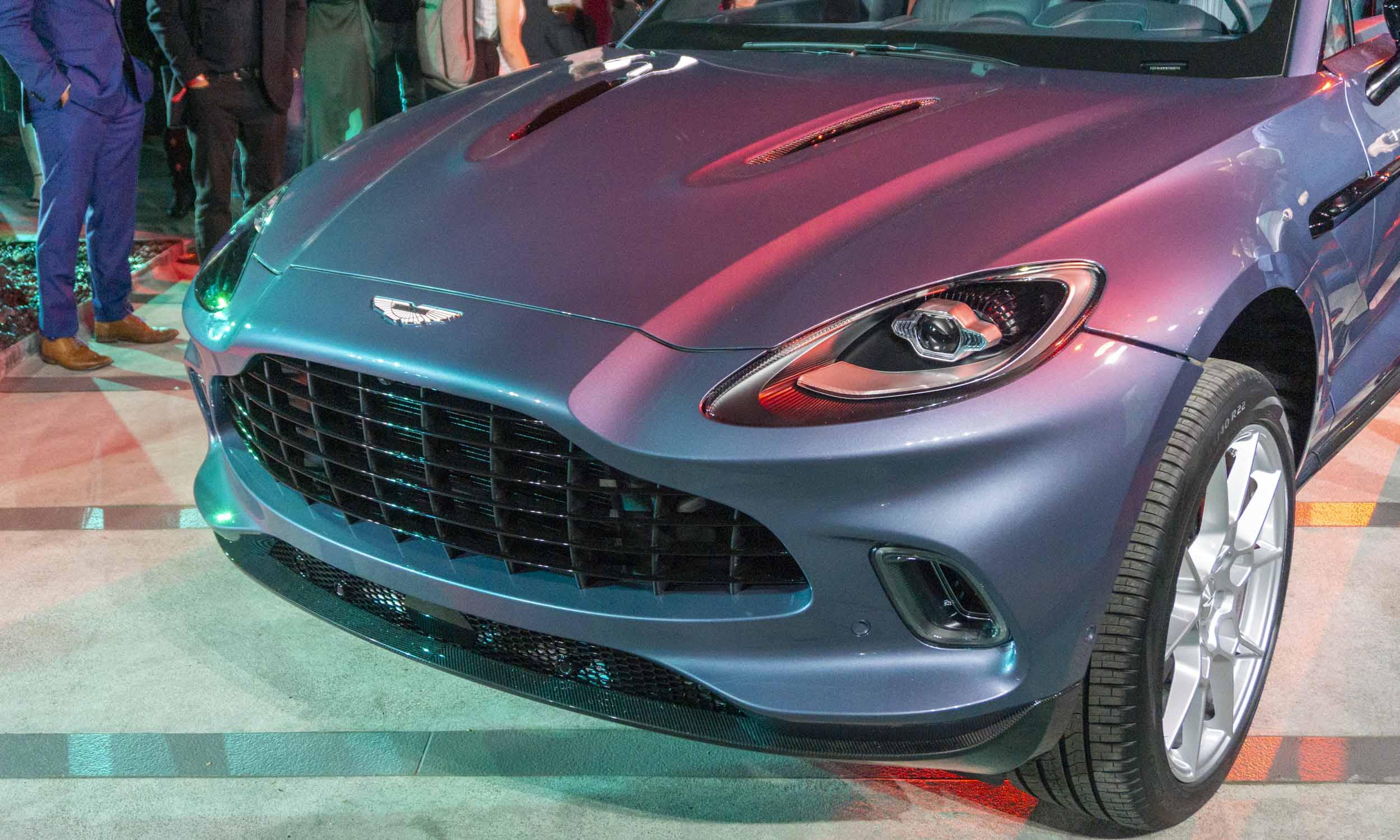 First Aston Martin SUV
The DBX will be the first SUV to wear the Aston Martin name in the company’s 106-year history, and one look at the DBX confirms it is clearly, purely Aston Martin. Up front sits the signature DB grille that flows into the vented, sculpted hood. The vents not only provide cooling for the turbocharged engine, but they reduce front-end lift at speed. Additional air flows through ducts integrated into the LED running lights, delivering air to cool the brakes as well as reducing drag. 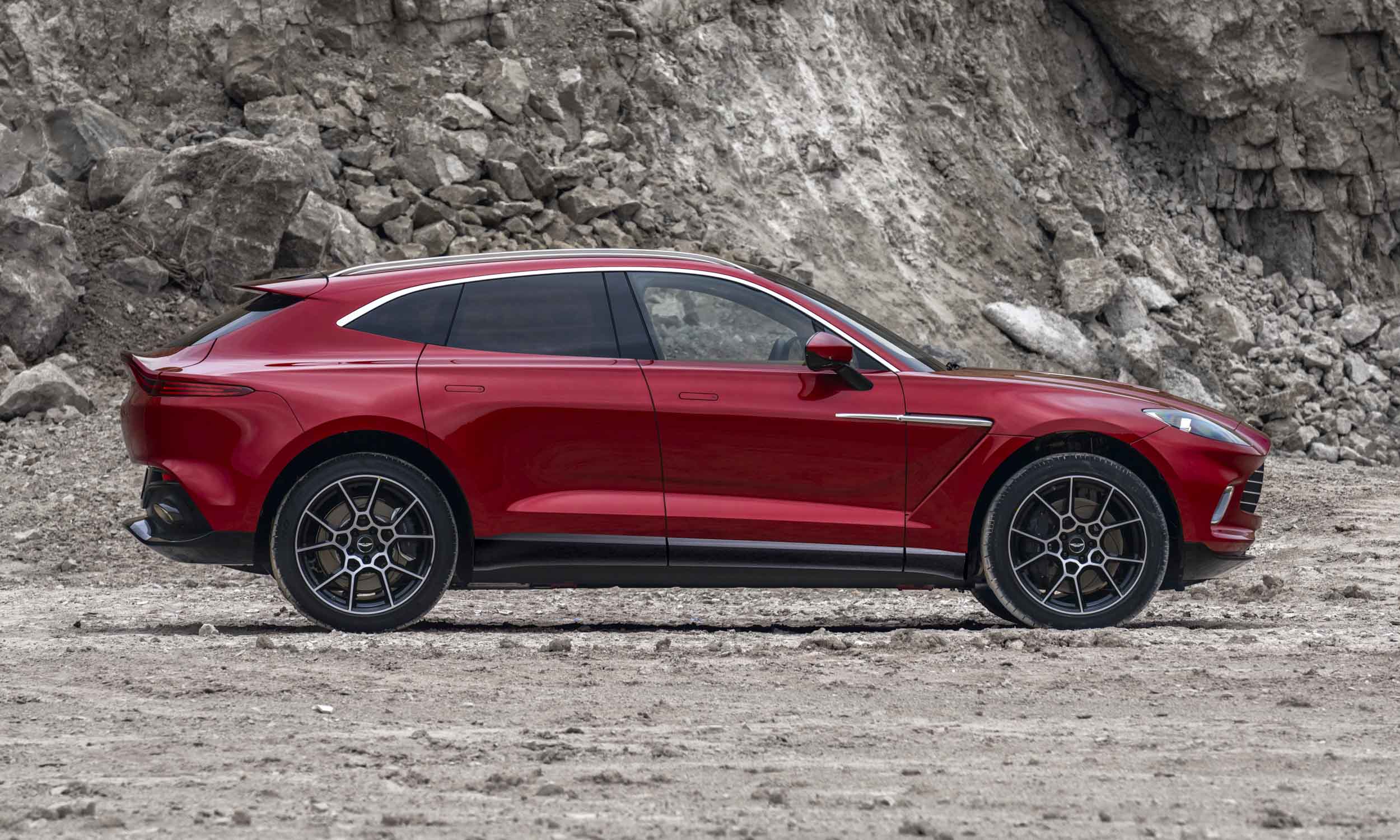 Sporty Styling
In our opinion, the best view of the 2021 Aston Martin DBX is in silhouette. The roofline flows smoothly down toward the rear spoiler as a second line moves from the edge of the headlights to the “flip” at the tailgate, inspired by the Aston Martin Vantage. The flush door handles and frameless doors add to the SUV’s sleek styling, with the whole look nicely accented by standard 22-inch alloy wheels. 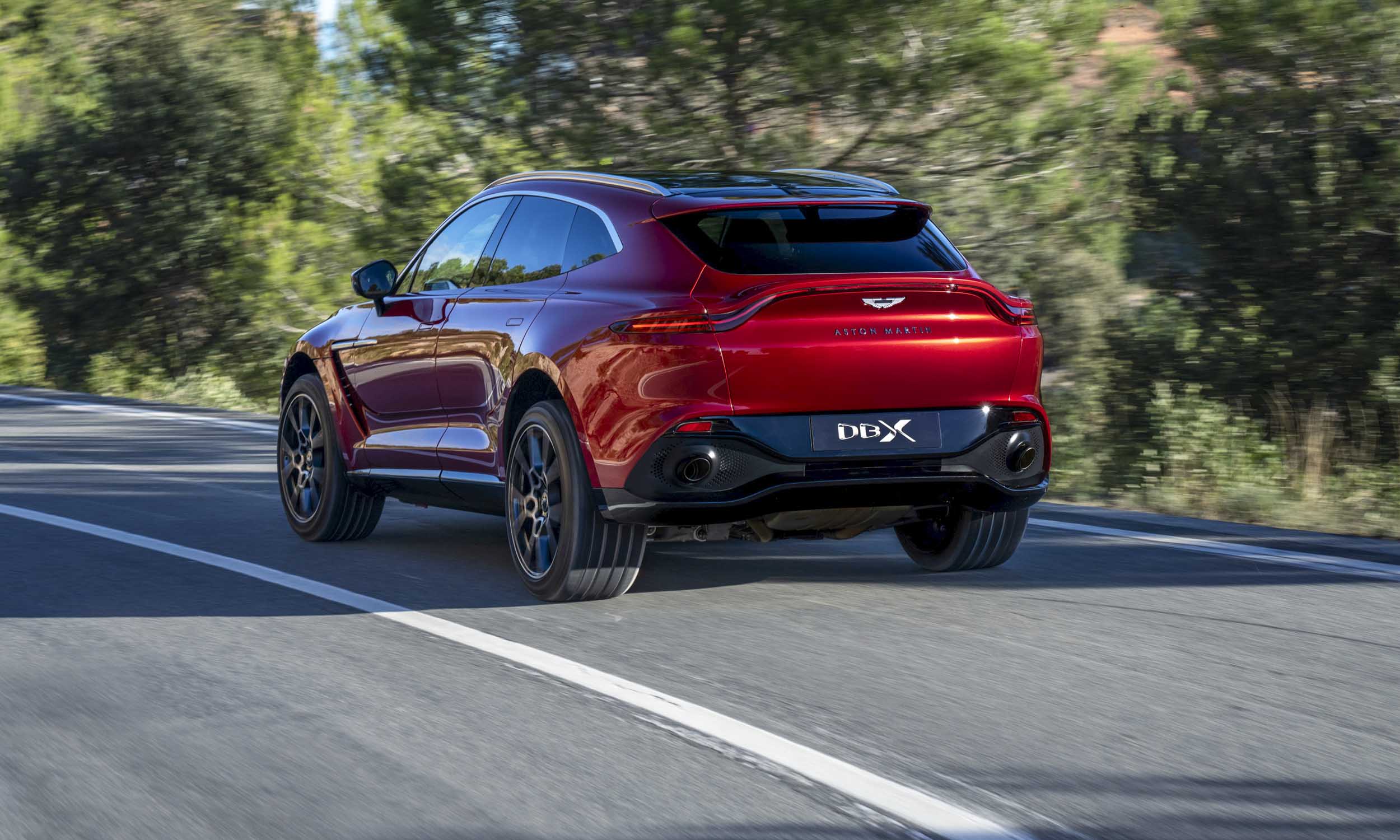 Rear View
At the rear of the DBX are signature LED taillights that span the rear hatch, following the line of the spoiler. Twin exhaust pipes get smartly integrated into the rear fascia. 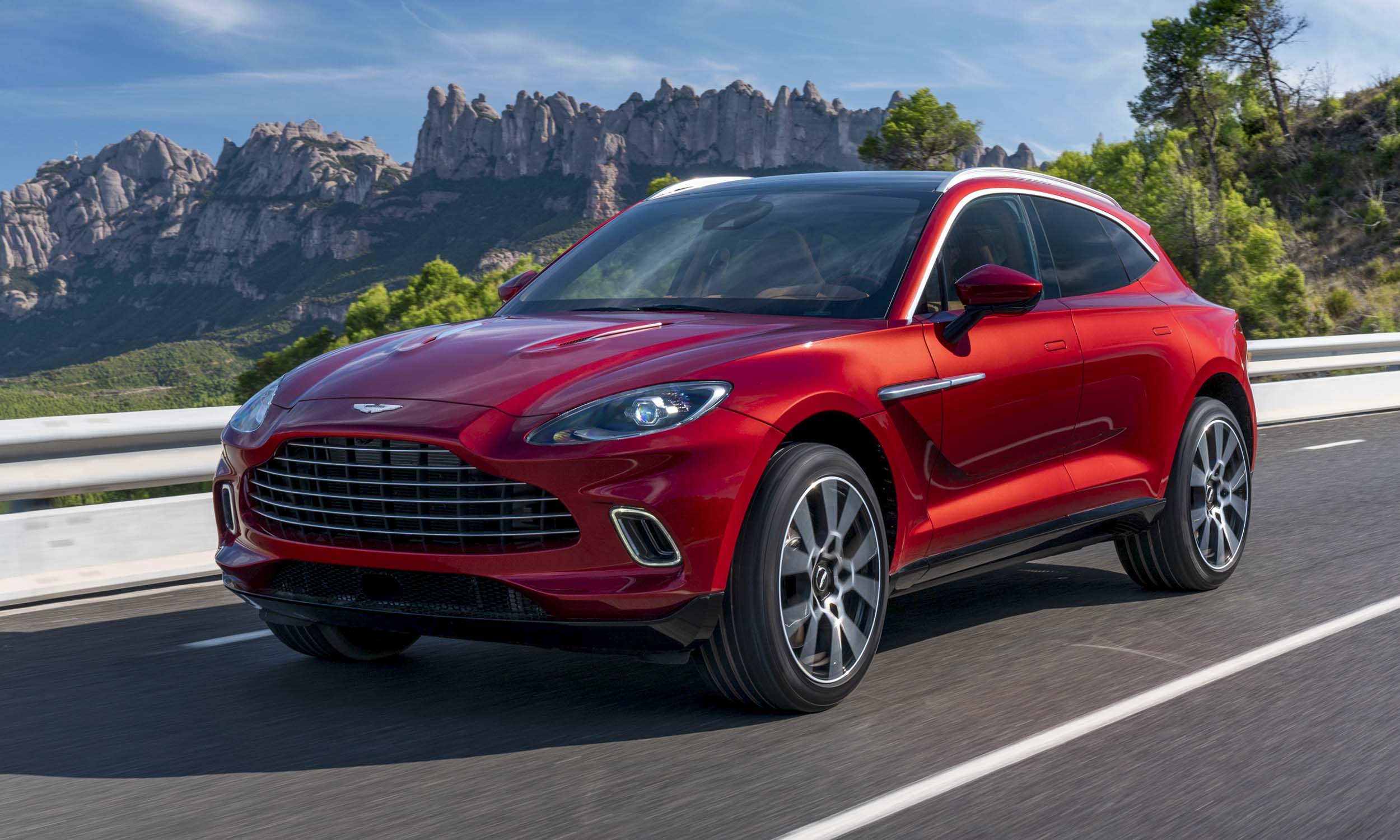 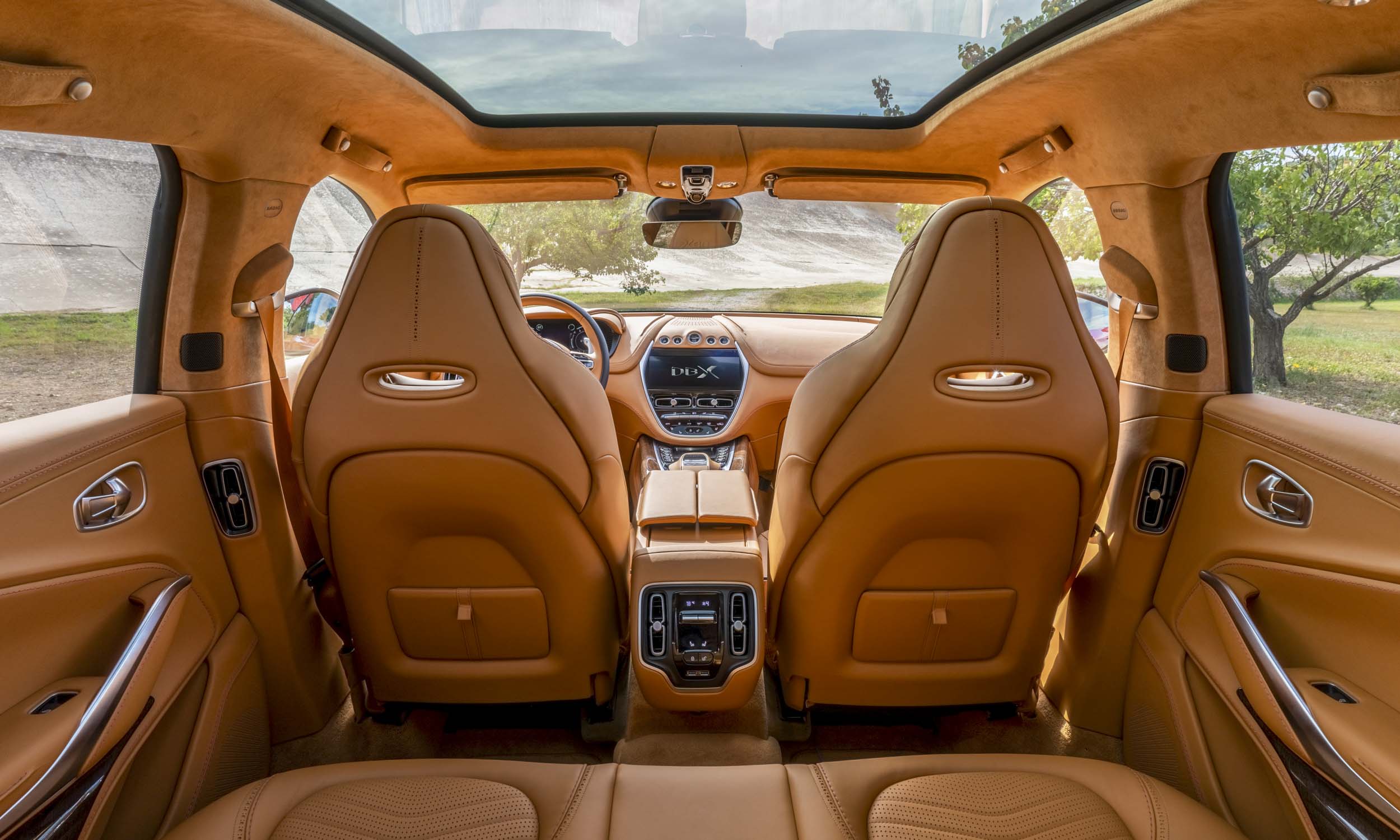 Luxury Interior
Designers have created a DBX cabin that doesn’t disappoint, serving the levels of elegance expected of an Aston Martin. Sport seats are covered in available full-grain leather from Bridge of Weir, and Alcantara covers the headliner as well as the roof blind. Opening the blind reveals a full-length glass panoramic roof, adding to the spacious feeling of the DBX interior. Clever Layout
A floating center console between the front seats offers covered storage as well as additional space below for a larger bag or purse. A 10.25-inch display screen is integrated into the center dashboard, while an additional 12.3-inch display is situated in front of the driver to provide operational information. The overall look of the interior can be personalized with a range of available wood, composite or metal veneers, and the standard ambient lighting allows the driver to choose from 64 colors. 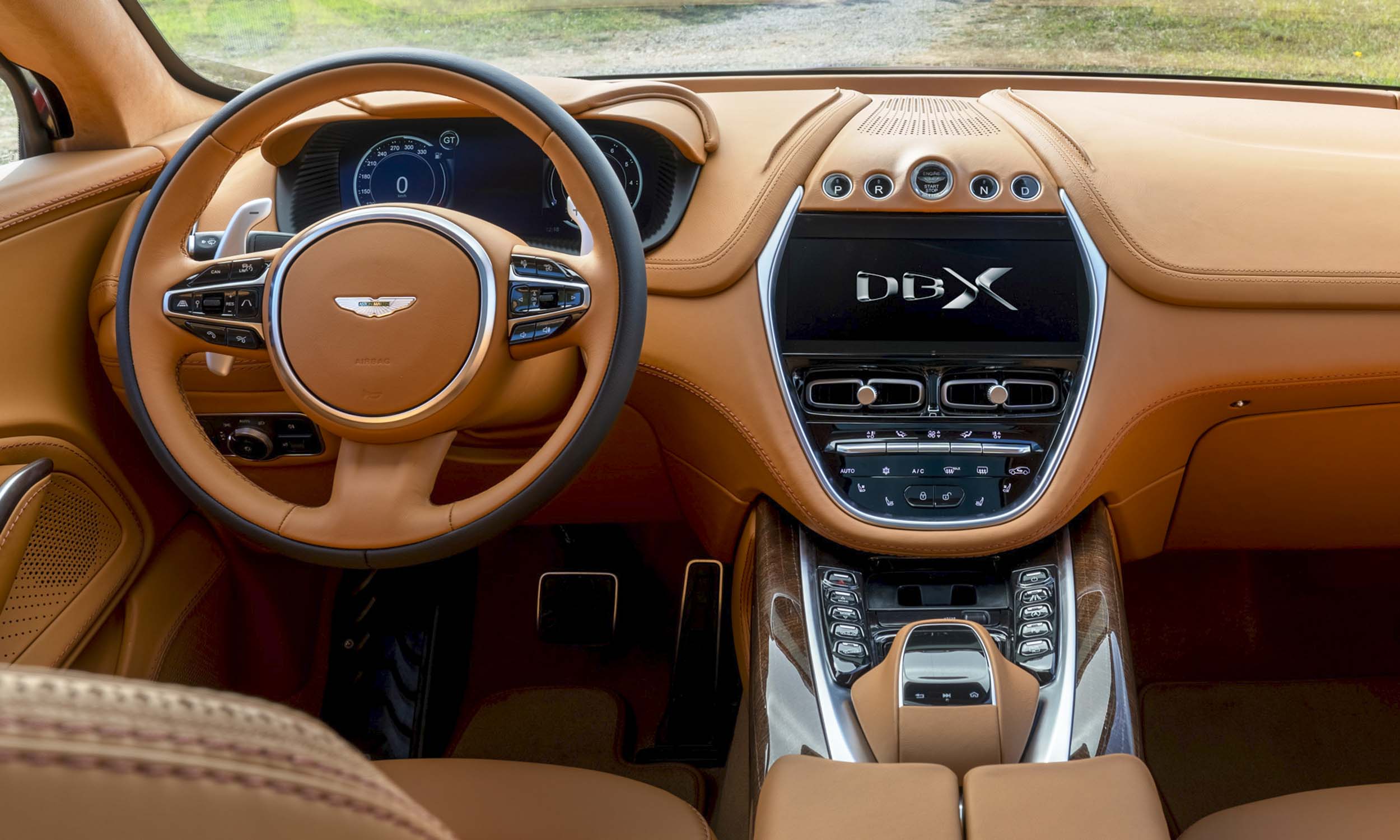 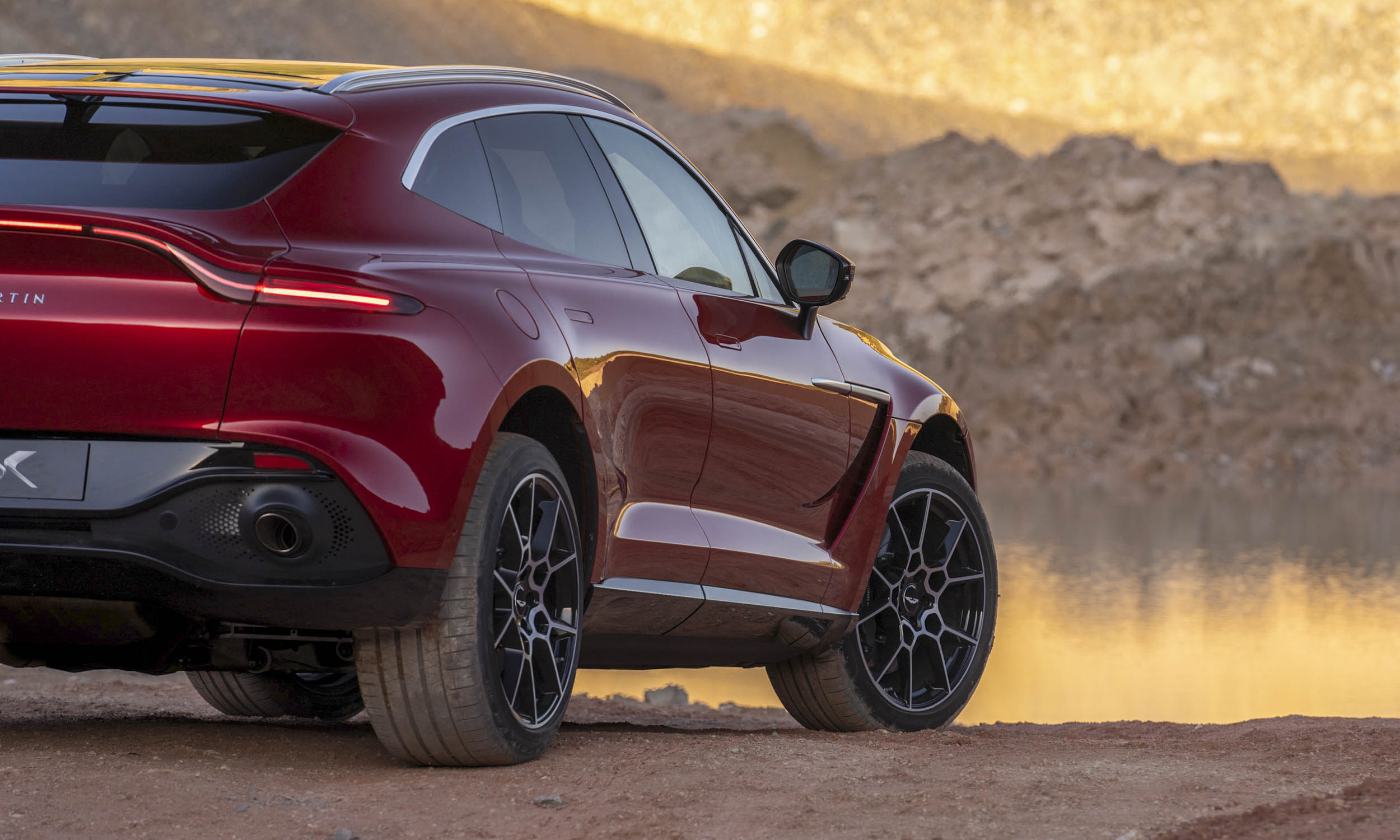 V8 Power
Although luxurious surroundings remain important, Aston Martins are all about performance — and the DBX certainly shouldn’t disappoint. Power comes from a 4.0-liter twin-turbo V8 engine sourced from Mercedes-AMG that generates 542 horsepower and 516 lb-ft of torque. Active exhaust allows the DBX to be quieter when appropriate, or provide the full V8 roar — guaranteed to evoke a smile from the driver’s lips. The DBX can sprint to 60 mph in 4.3 seconds and reach a top speed of 181 mph. 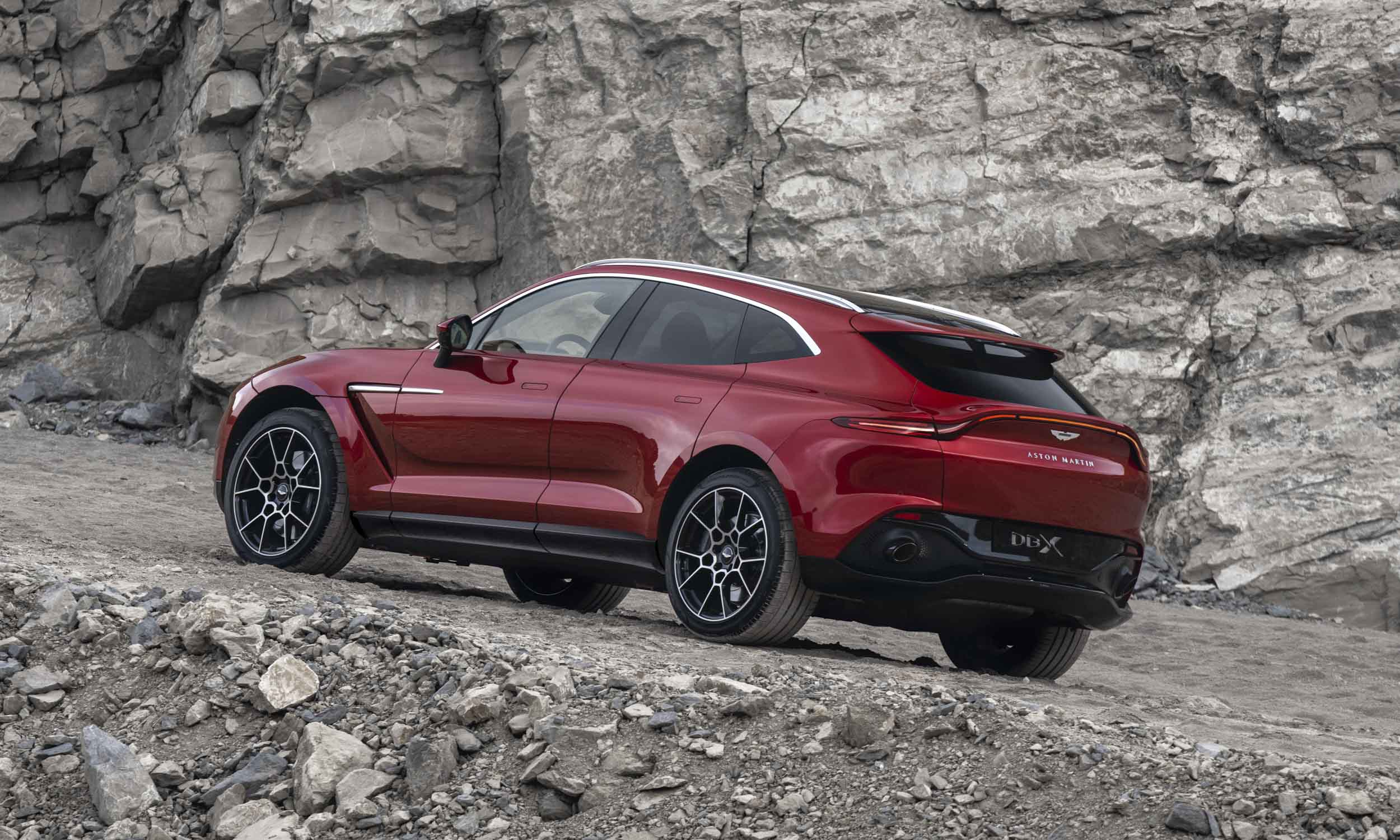 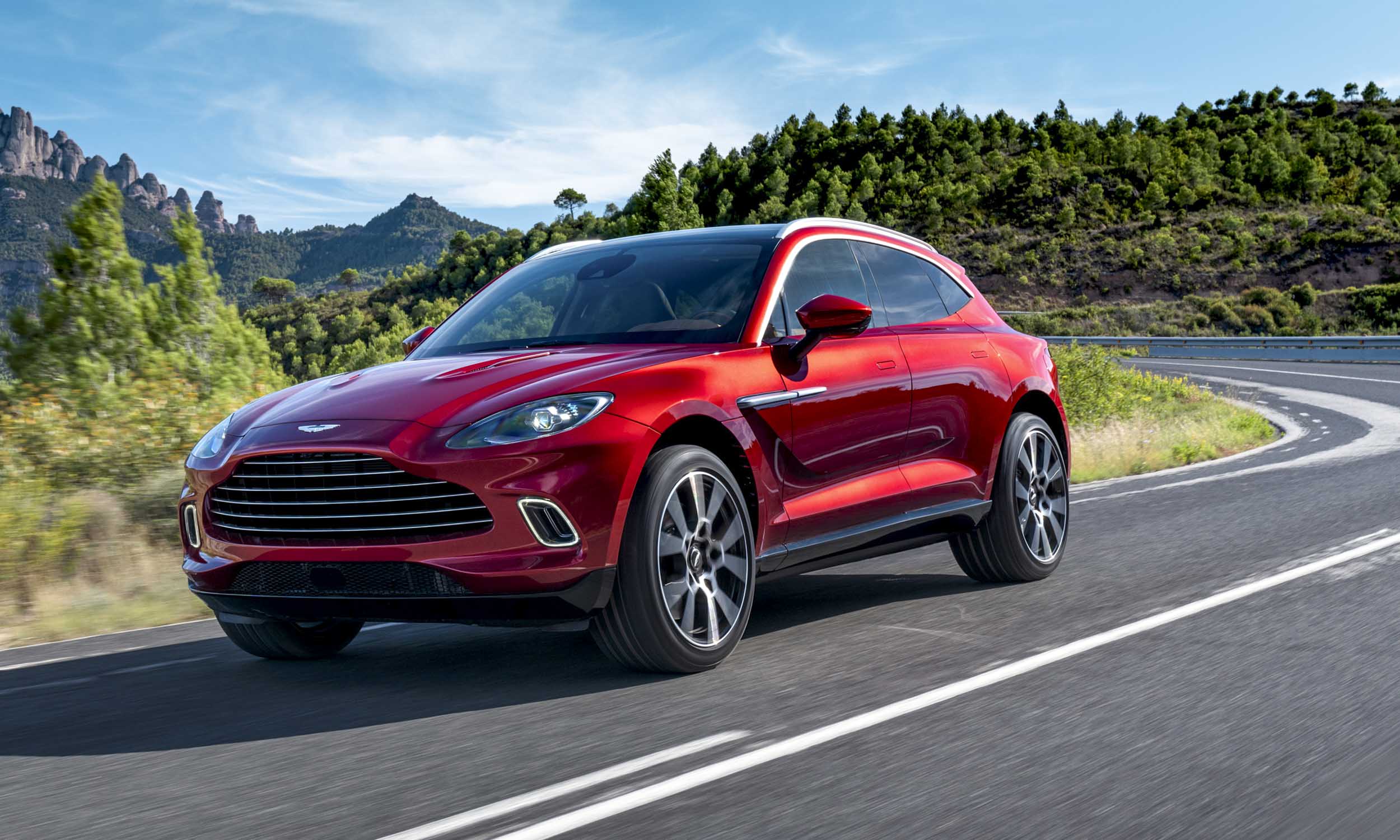 Smooth and Usable Power
“With this new iteration of the tremendous twin-turbo V8 combined with the 9-speed torque converter gearbox we have got the perfect blend of smooth and useable with exciting and powerful,” said Aston Martin Lagonda’s Chief Engineer — Powertrain, Joerg Ross. “It delivers exactly the character we wanted for an Aston Martin SUV,” Ross noted. 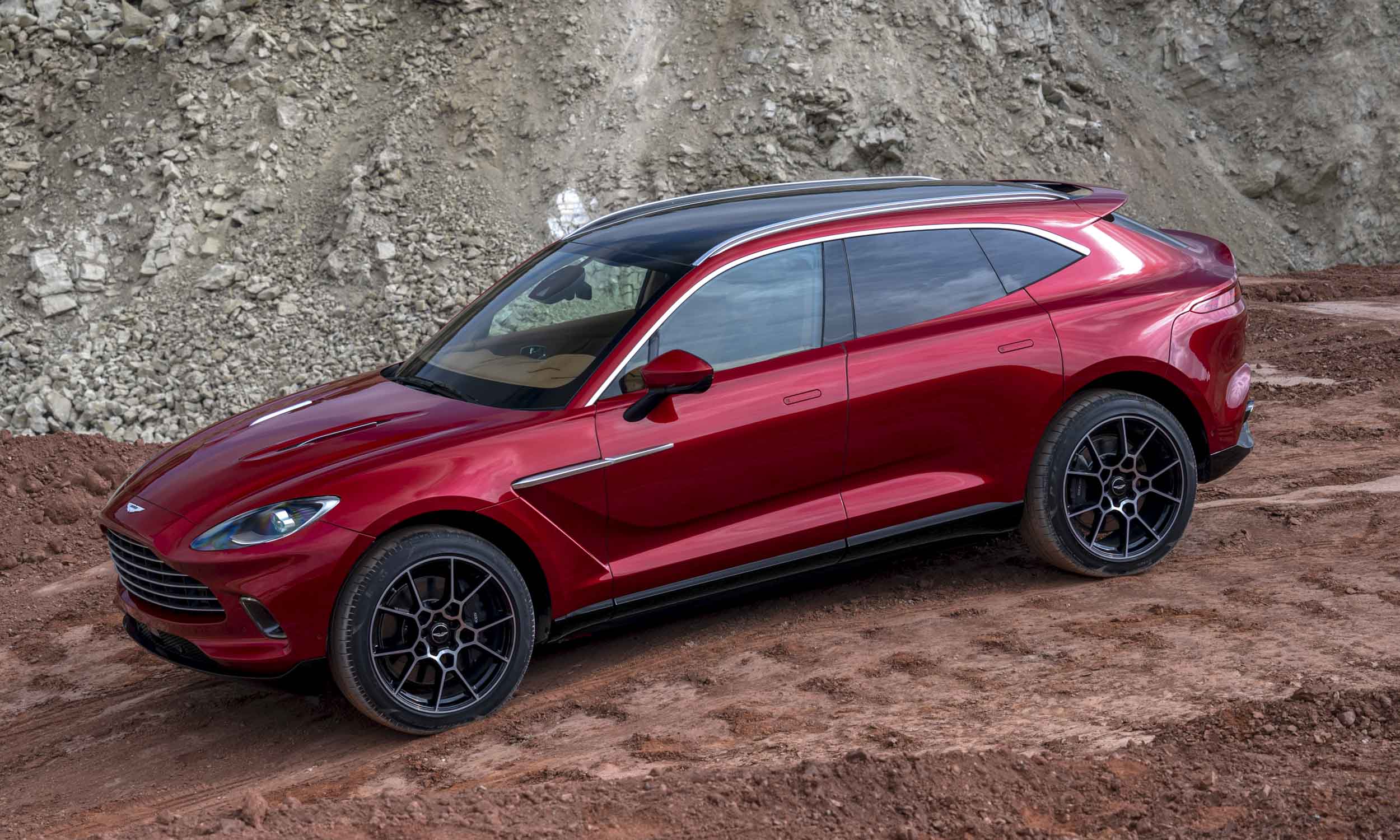 Proper SUV Capability
Not only will the DBX perform well on pavement, it will offer capability expected of an SUV. In addition to the all-wheel-drive system providing traction in slick or rough conditions, an air suspension system can raise or lower the DBX by almost 2 inches — raising to tackle tougher terrain or lowering for easy ingress and egress. In its highest position, the DBX boasts 9.25 inches of ground clearance as well as the ability to ford almost 20 inches of water. This Aston Martin is also capable of towing almost 6,000 pounds. 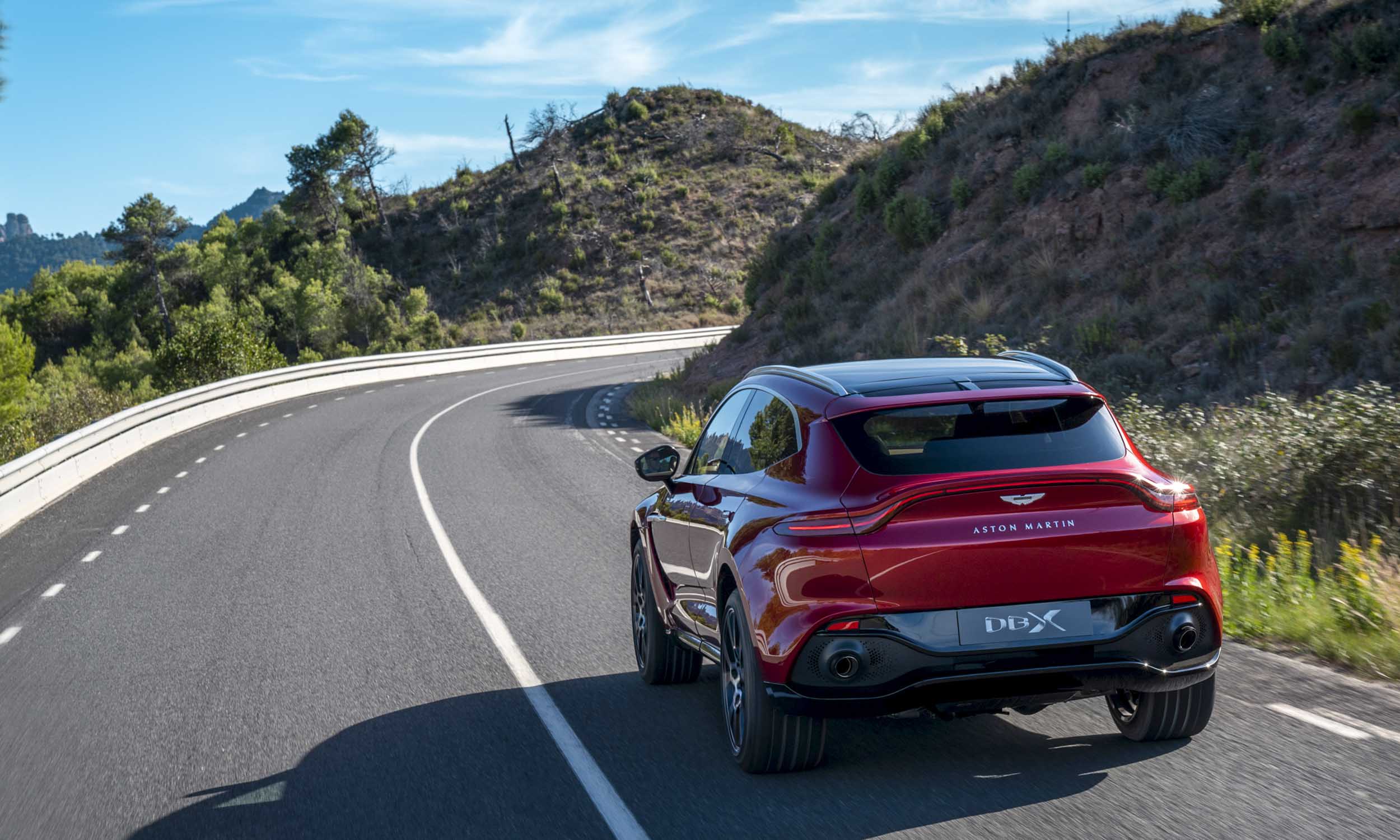 Lightweight and Strong
Aston Martin engineers used a bonded-aluminum body structure to create a vehicle that is both lightweight and rigid. To further facilitate handling befitting an Aston Martin, the DBX features a 48-volt electronic anti-roll control — or eARC — system. This system can reduce body roll during spirited driving situations to levels comparable to a DB11 — without the use of traditional anti-roll bars. At the same time, the system allows for individual wheel travel, which can help smooth the ride when heading off the beaten path. 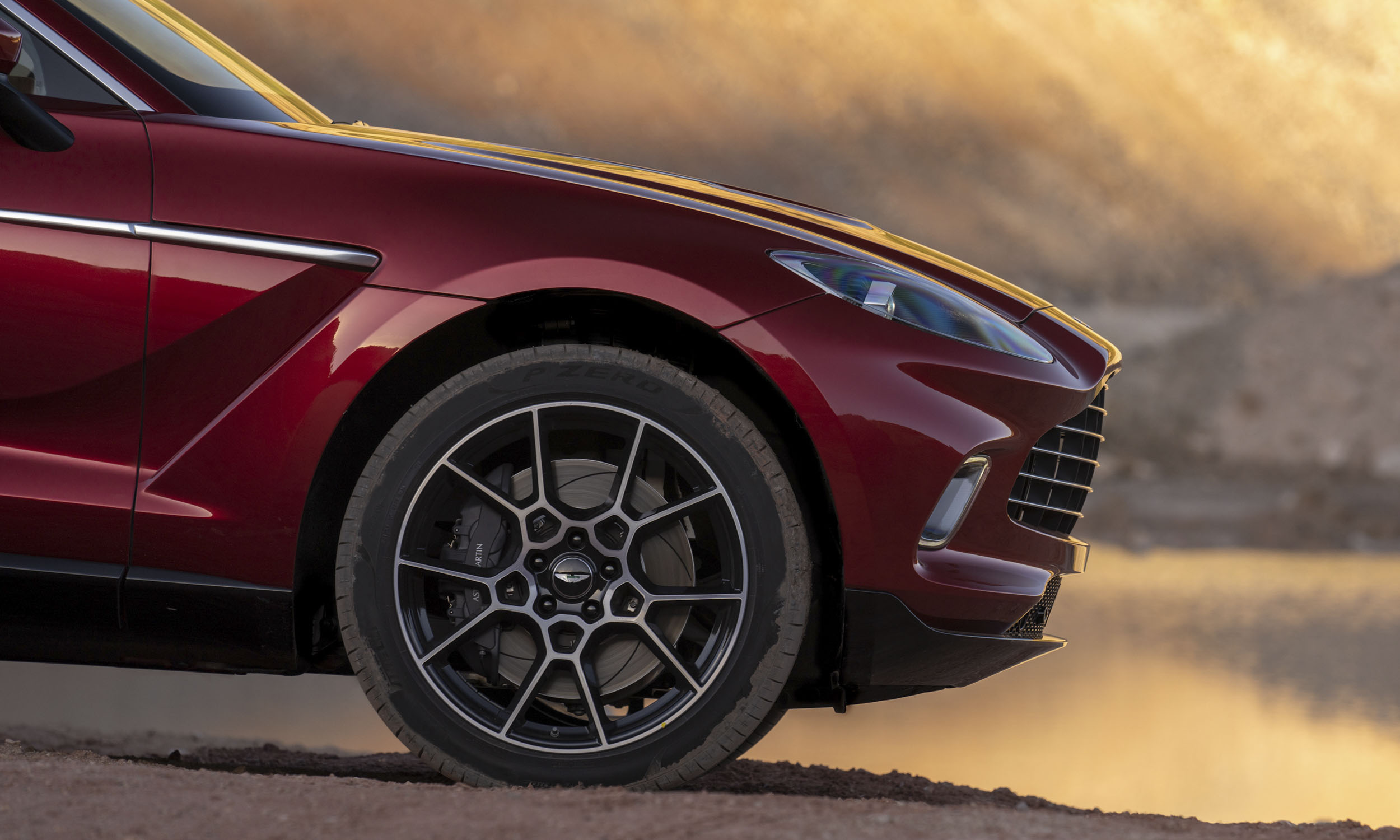 1913 Package
The first 500 owners of the new DBX will get the exclusive 1913 Package. In addition to a unique fender badge and plaques identifying it as part of the exclusive run, all DBXs with the 1913 Package will be personally endorsed and inspected by CEO Andy Palmer. Each of these first customers will also receive a unique build-book signed by both Palmer and Chief Creative Officer Marek Reichman. Also included is an invitation to a regionally hosted Waldorf Astoria celebration cocktail party, hosted by a member of the Aston Martin Lagonda executive team. 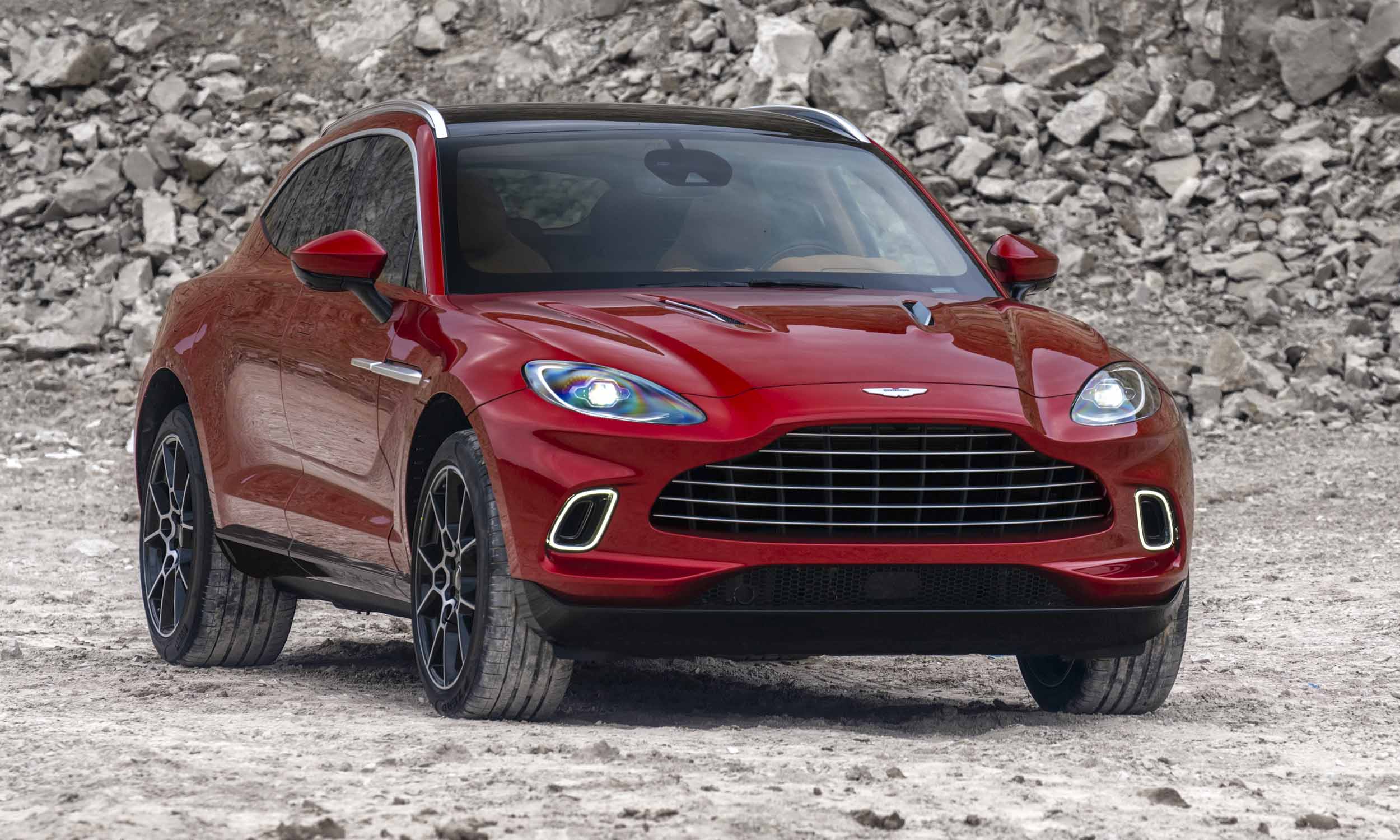 Introducing Buyers to the Brand
As Aston Martin Lagonda CEO Andy Palmer points out, “DBX is a car that will give many people their first experience of Aston Martin ownership. As such it needed to be true to the core values established in our sports cars, while also providing the lifestyle versatility expected of a luxury SUV. To have produced such a beautiful, hand built, yet technologically advanced car is a proud moment for Aston Martin,” Palmer enthused. 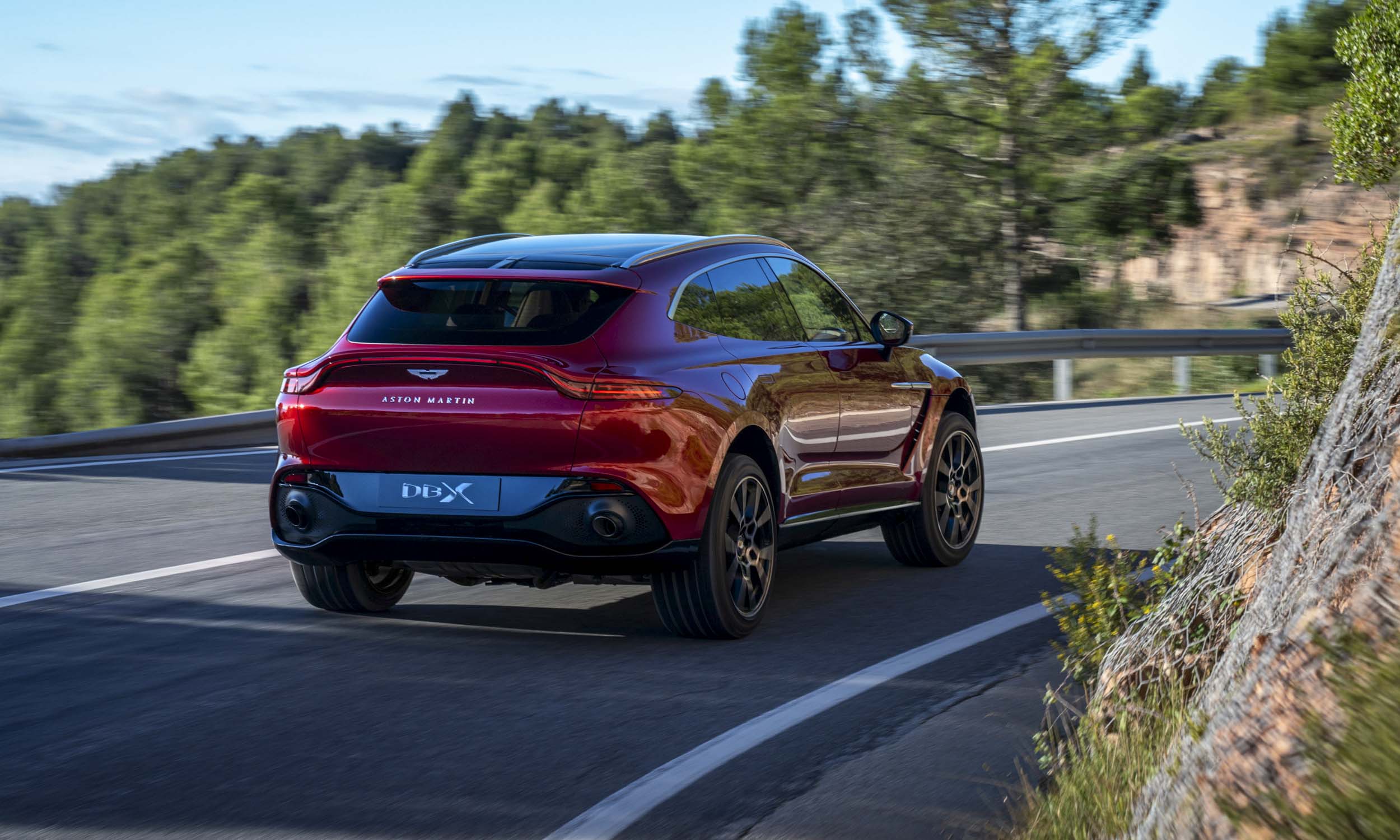 Arriving Next Year
The Aston Martin DBX will be built in the United Kingdom at Aston Martin’s new manufacturing plant in St Athan, Wales. The DBX will have a starting price of $189,900, with deliveries expected to begin in the second half of 2020.