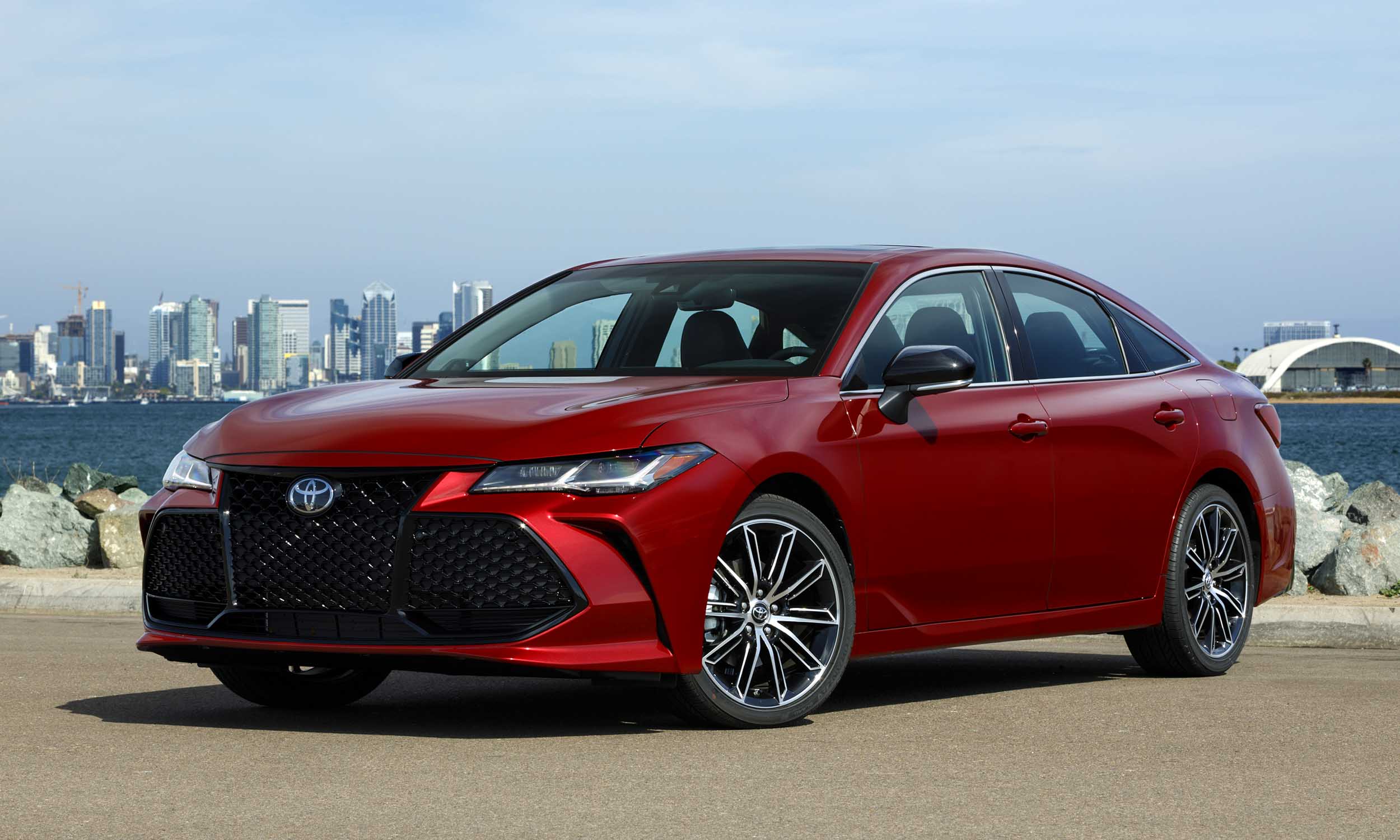 © Toyota Motor Sales, U.S.A., Inc.
No Boring Cars
For the new 2019 Toyota Avalon, Toyota designers spiced up the looks with two distinctive designs giving different personalities to the luxury and sport trim levels. The largest and most luxurious model in Toyota’s lineup, previous Avalon models have been critiqued for being too conservative — perhaps even boring — and Toyota is intent on shaking the boring label. Designed at the automaker’s CALTY studio in Detroit and built in Kentucky, the new Avalon shows Toyota’s commitment to the midsize sedan at a time when other manufacturers are abandoning sedans in favor of more crossover SUVs. 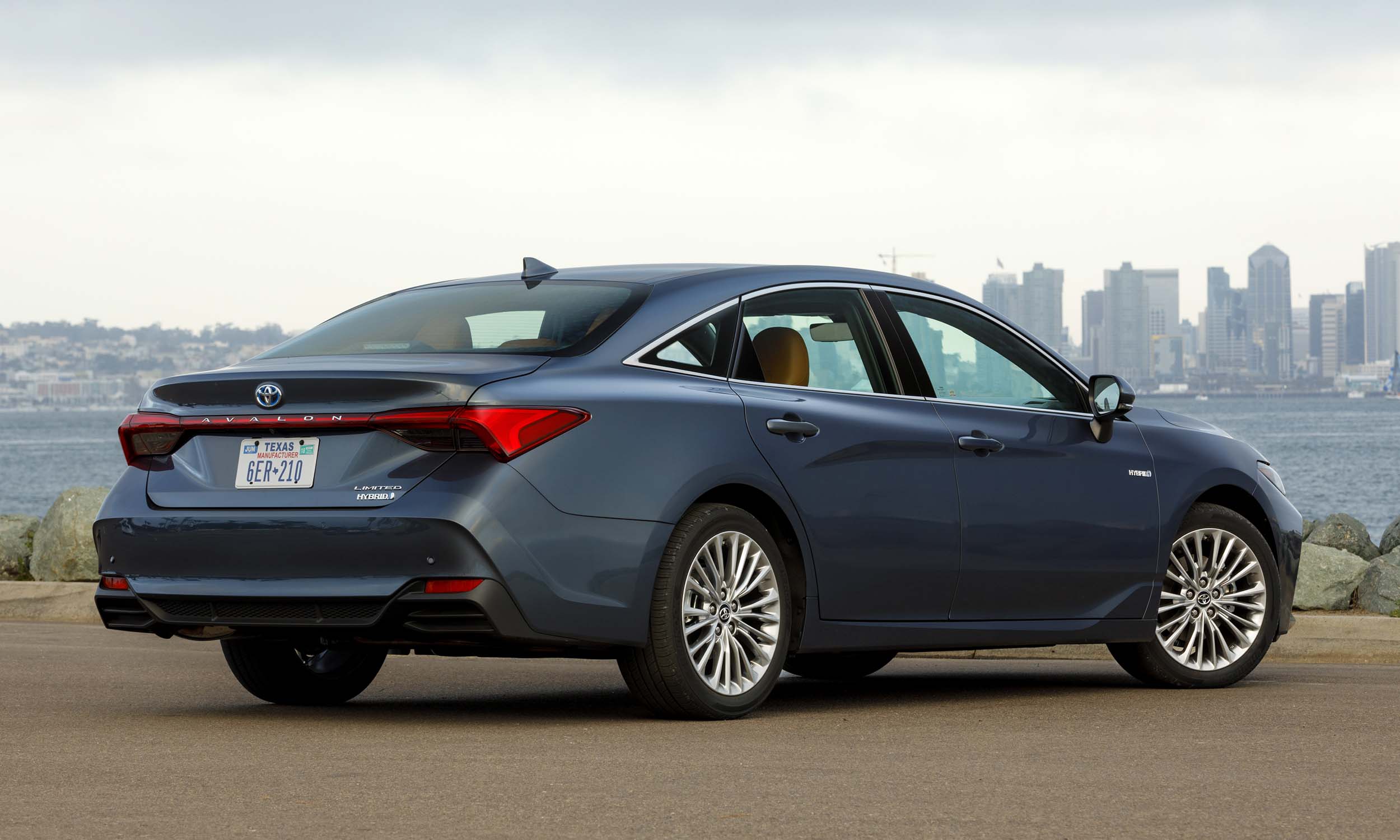 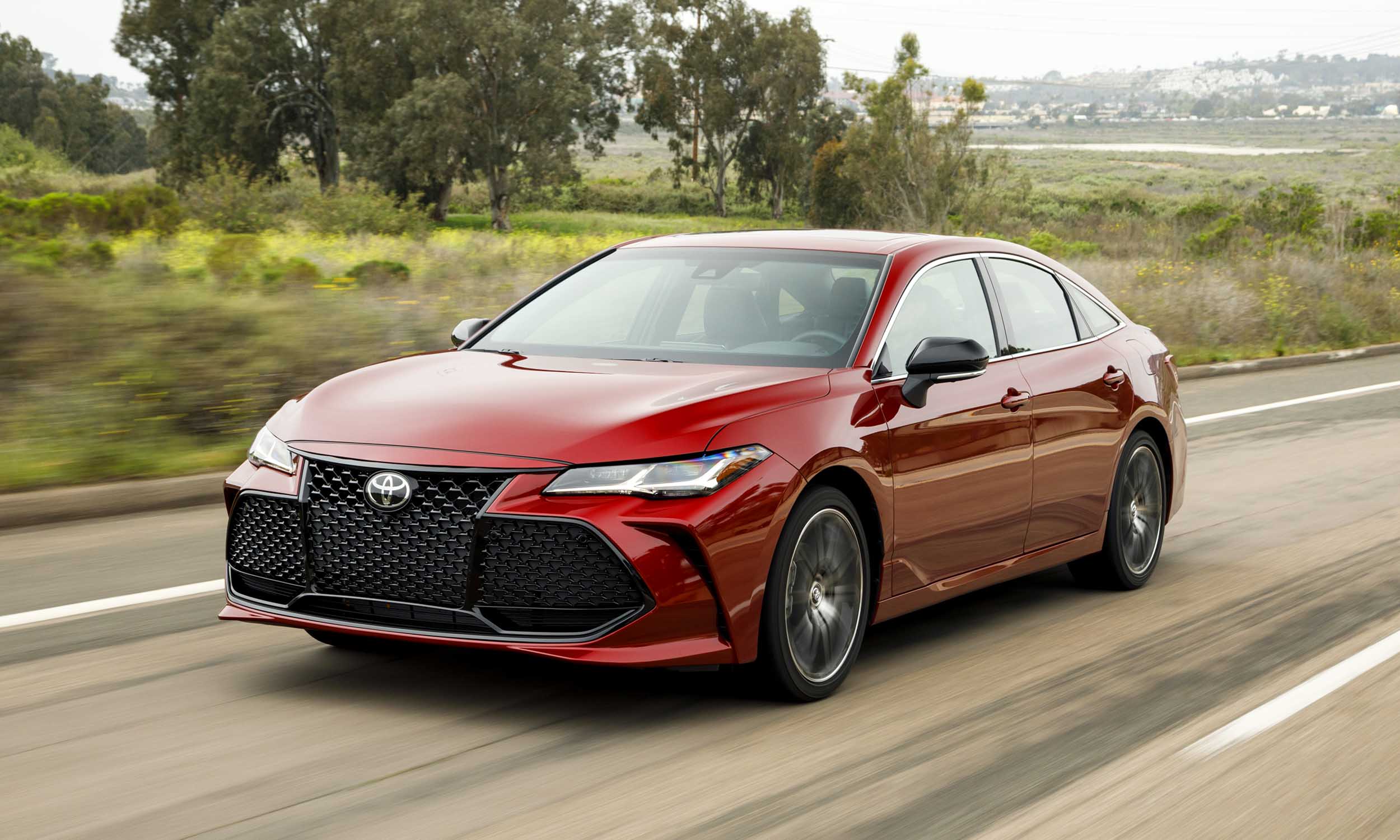 © Toyota Motor Sales, U.S.A., Inc.
Model Lineup
The 2019 Toyota Avalon is offered in four trim levels and both V6 and hybrid drivetrains. The base trim level is the XLE, followed by the sporty XSE, the luxurious Limited and performance-oriented Touring. The Avalon Hybrid is offered in XLE, XSE and Limited trim levels. The starting price for the Avalon XLE is $35,500 (not including destination charge), followed by the XSE at $38,000, Limited at $41,800 and Touring at $42,200. The Avalon Hybrid starts at $36,500 for the XLE, with the XSE priced at $39,000 and the Limited at $42,800. 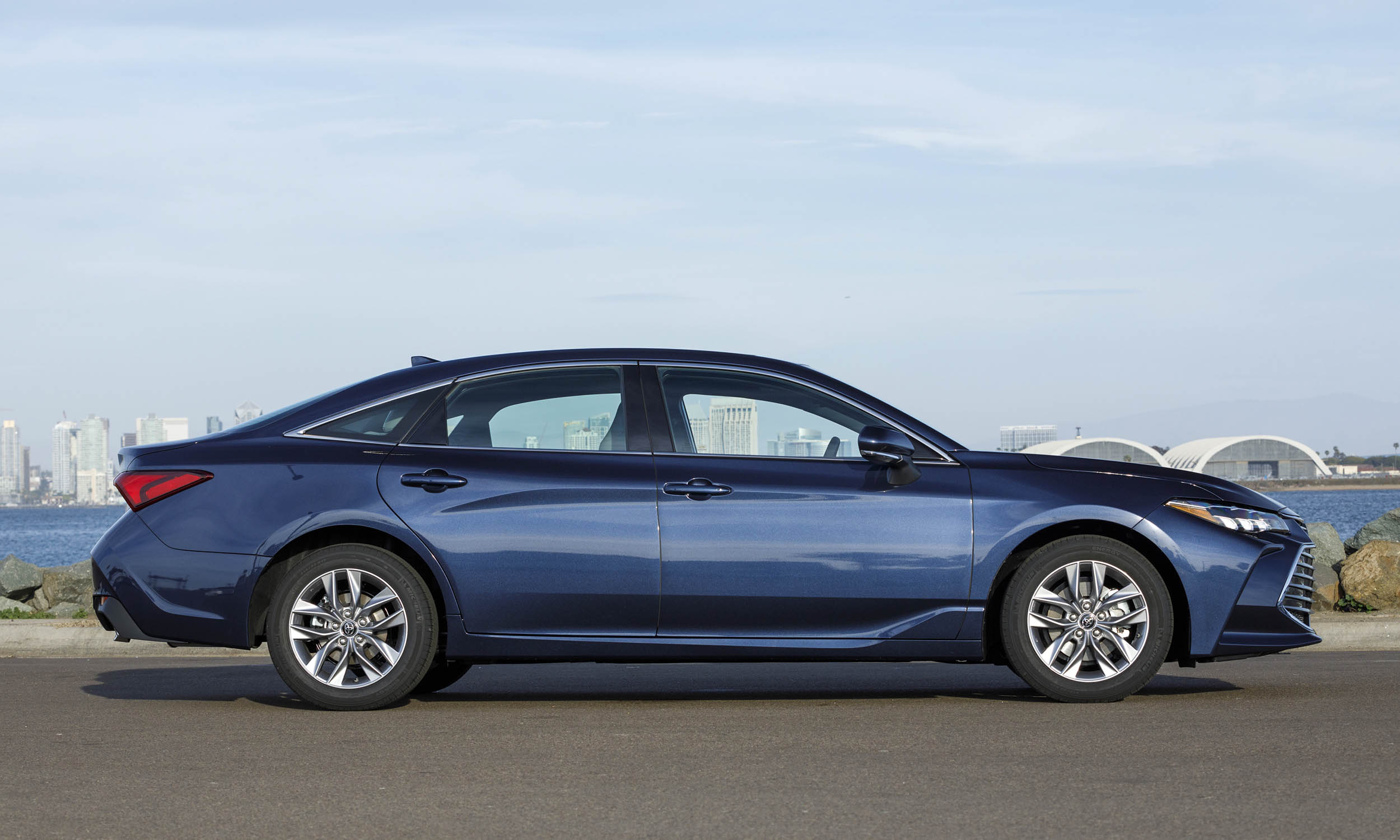 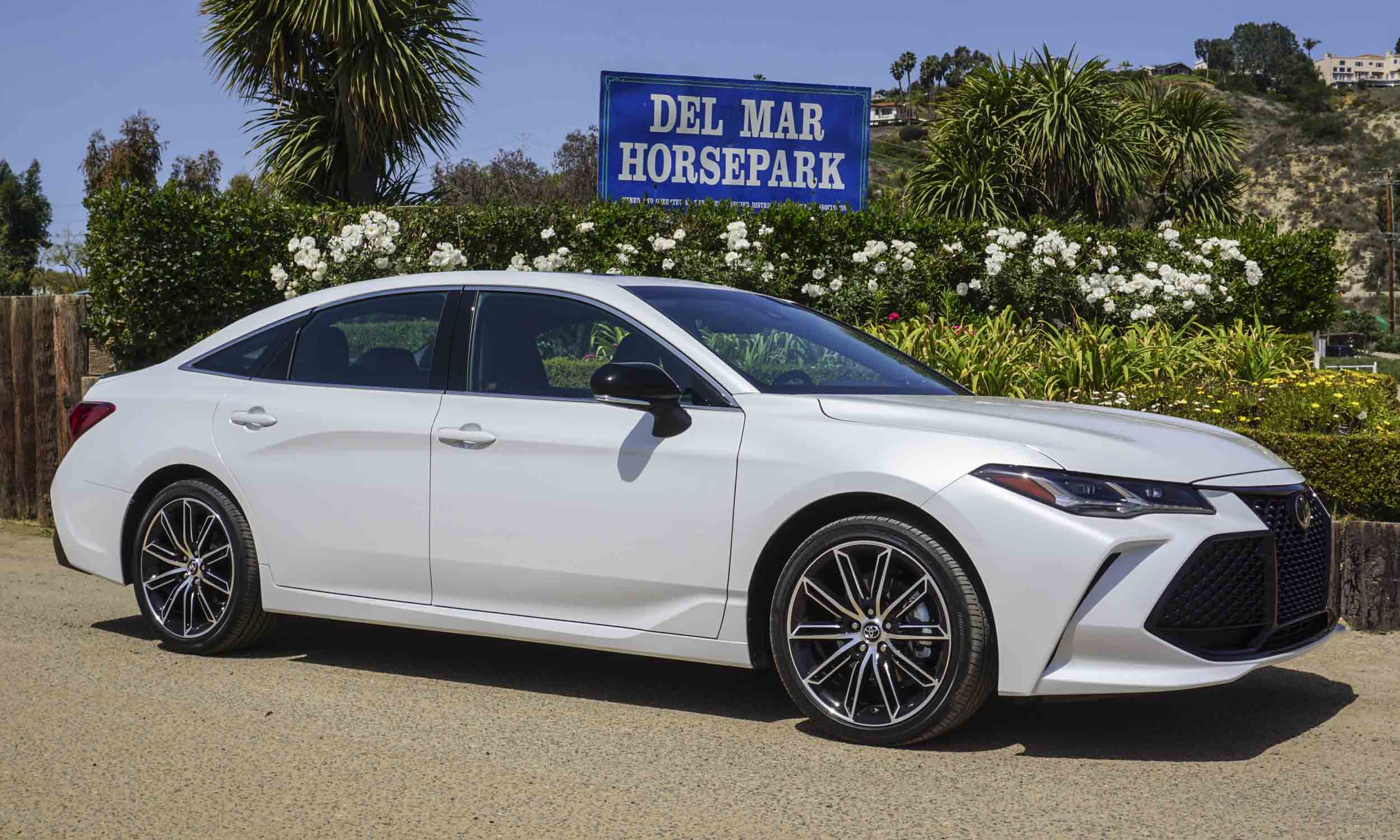 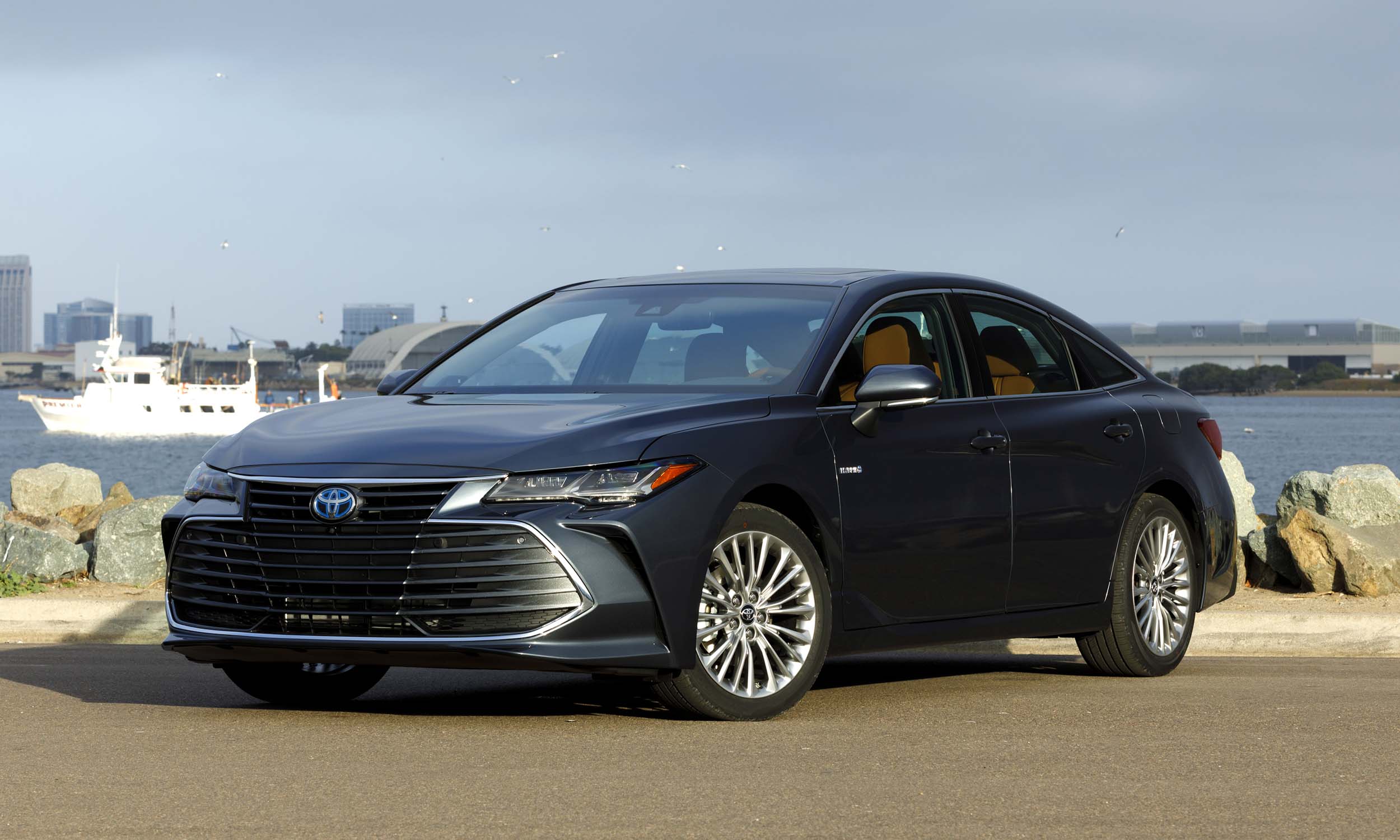 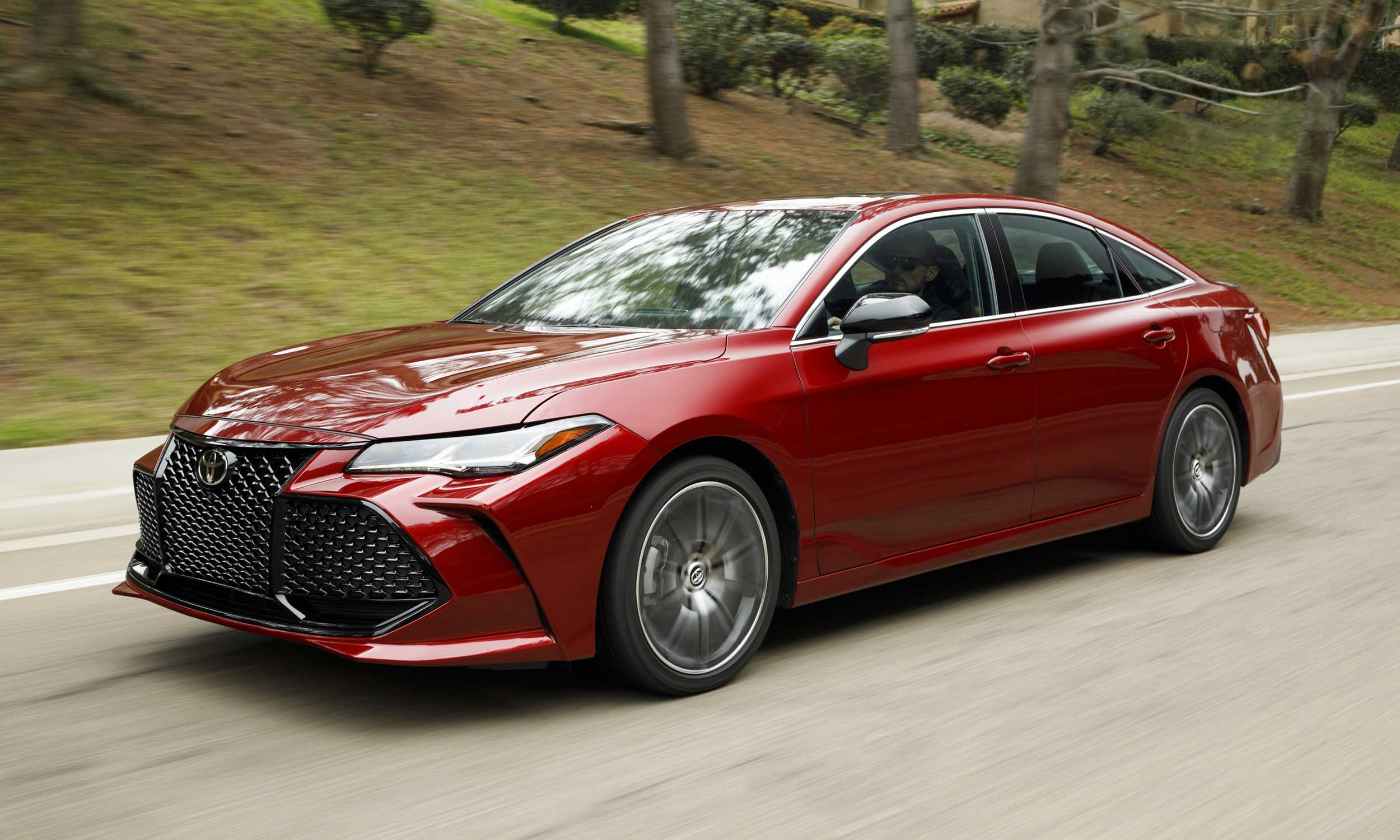 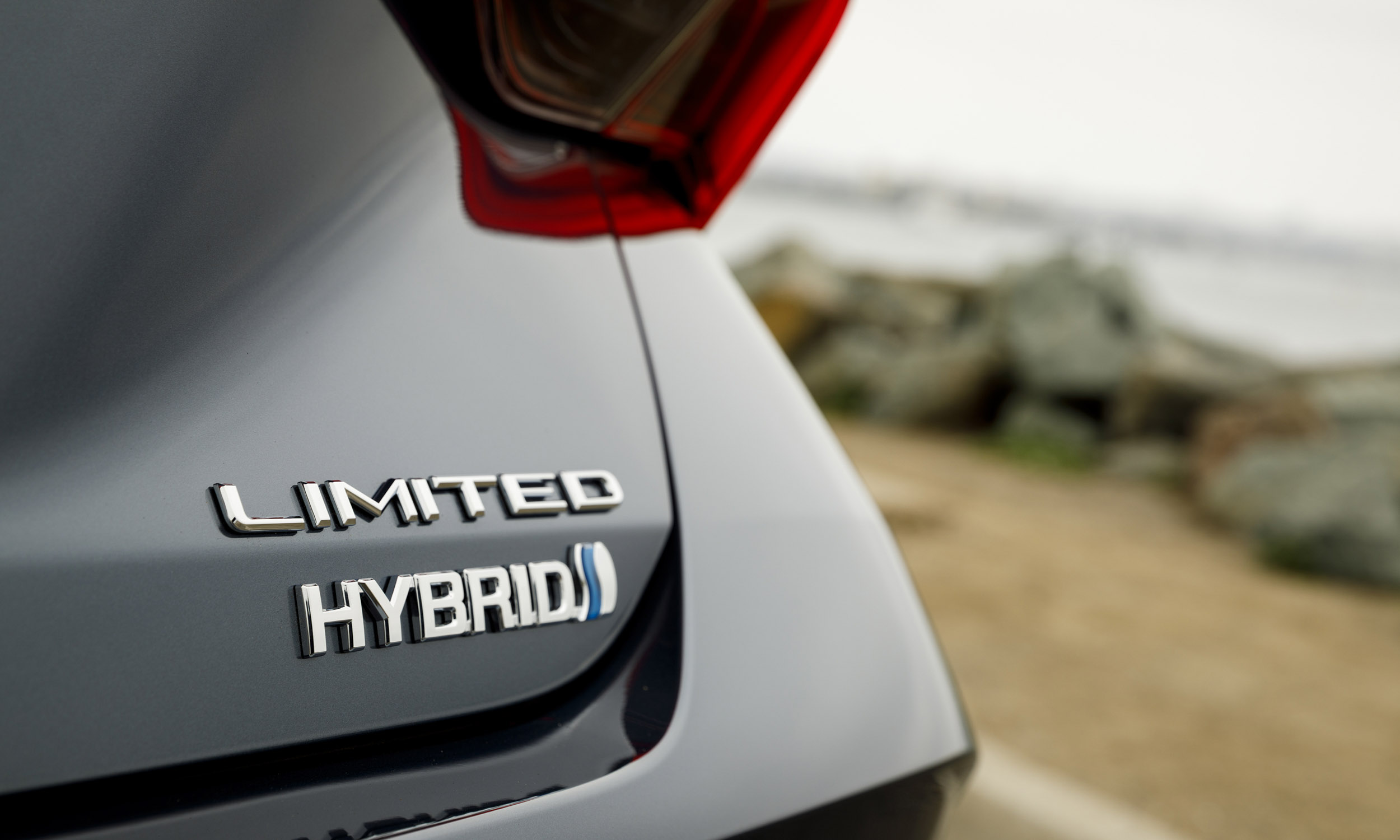 © Toyota Motor Sales, U.S.A., Inc.
Avalon Hybrid
The new Avalon Hybrid is powered by the next-generation Toyota Hybrid System II that combines a 2.5-liter Dynamic Force 4-cylinder engine with two electric motor generators for total system output of 215 horsepower. One electric motor generator acts as the engine starter and charges the battery, while the second electric motor generator drives the front wheels and captures energy through regeneration during braking. Power is delivered through a continuously variable transmission with sequential shift mode. The compact battery pack is positioned under the rear seat, and Avalon Hybrid offers the same cargo capacity as the gasoline version — the rear seat sits a mere 10 mm higher and the center of gravity is lower. 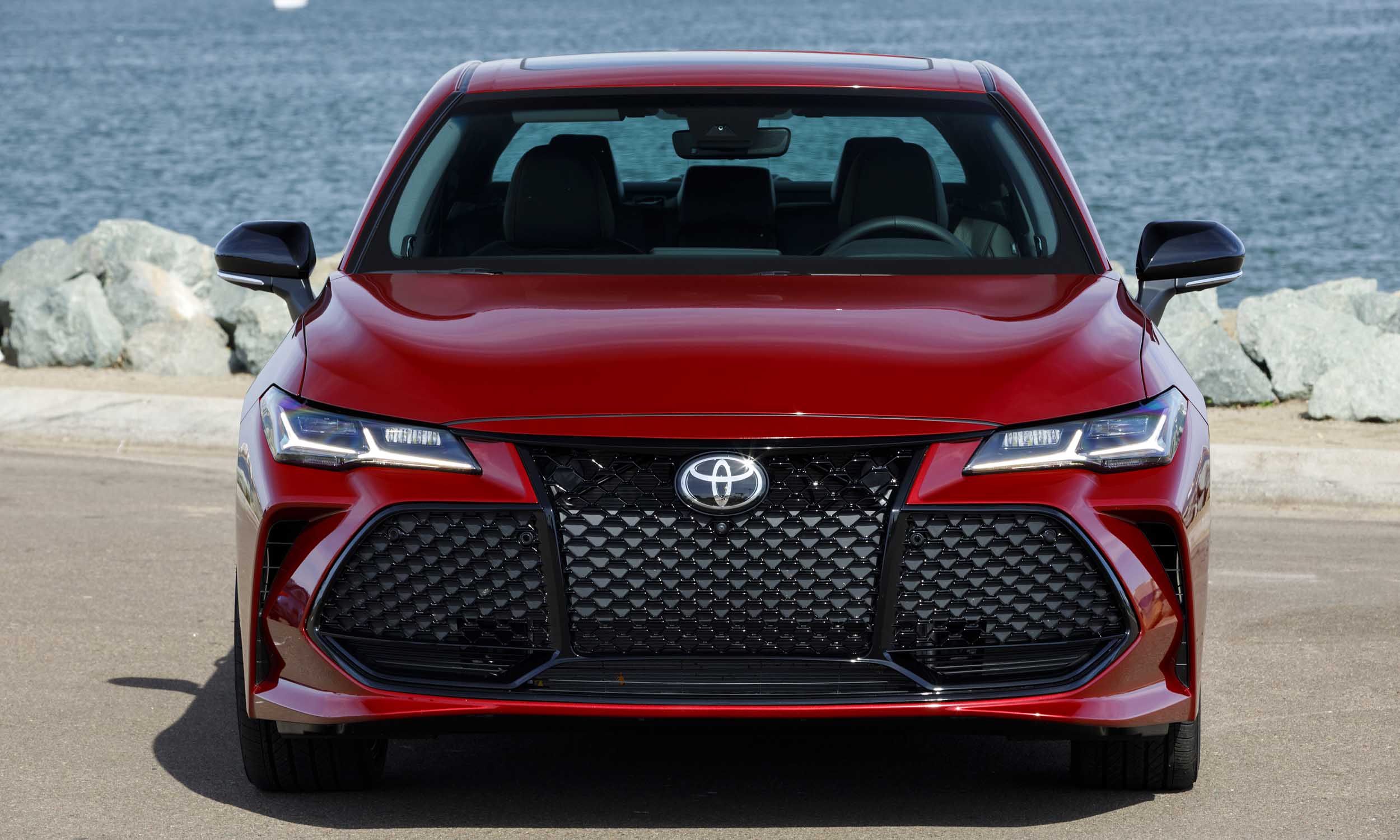 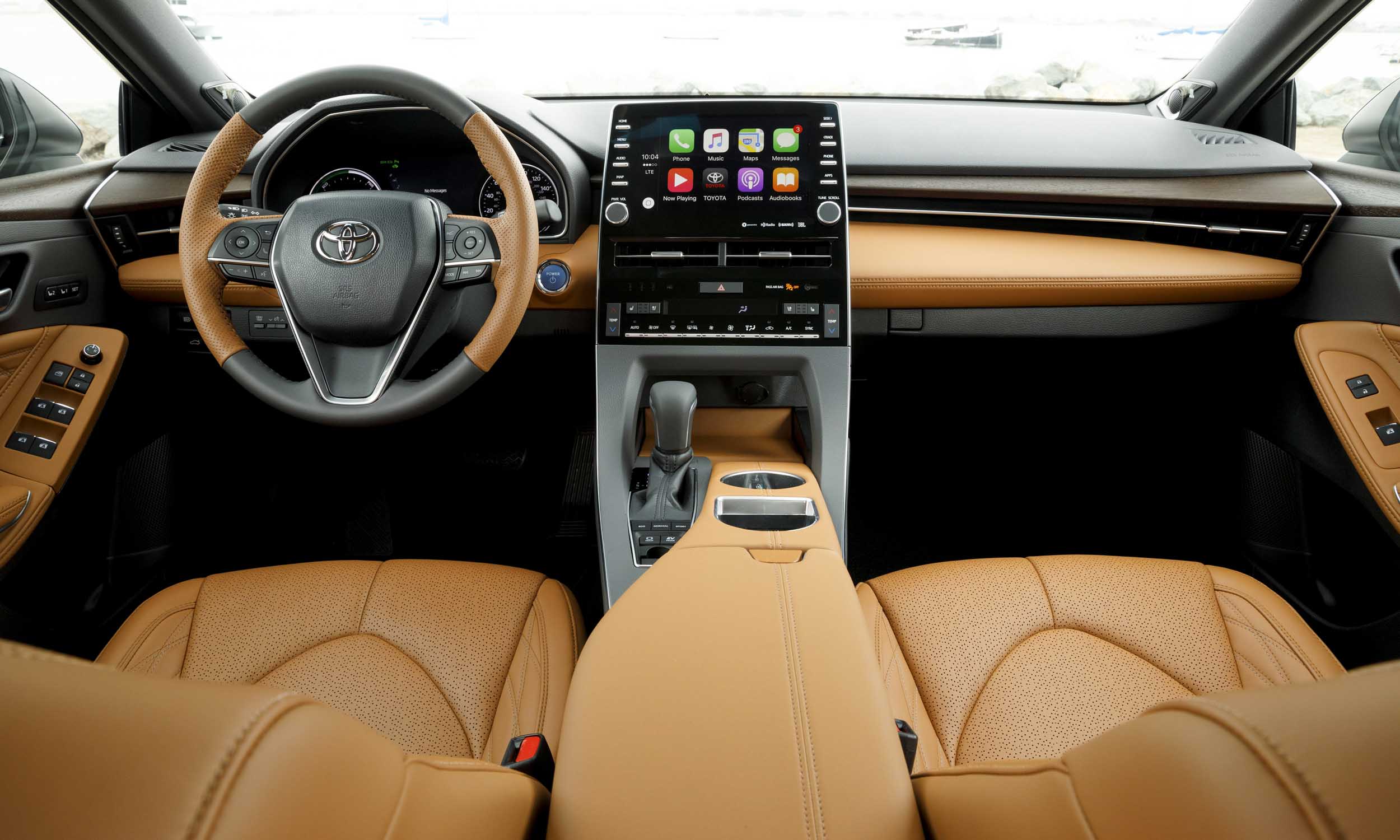 © Toyota Motor Sales, U.S.A., Inc.
Inner Space
Avalon’s interior design features a tiered instrument panel that flows into the door panels, as well as a standalone center stack that is angled slightly toward the driver housing a standard 9-inch capacitive touchscreen. Soft-touch materials are used with piano black and satin chrome accents as well as simulated wood trim for XLE, aluminum for XSE / Touring and genuine wood for Limited. 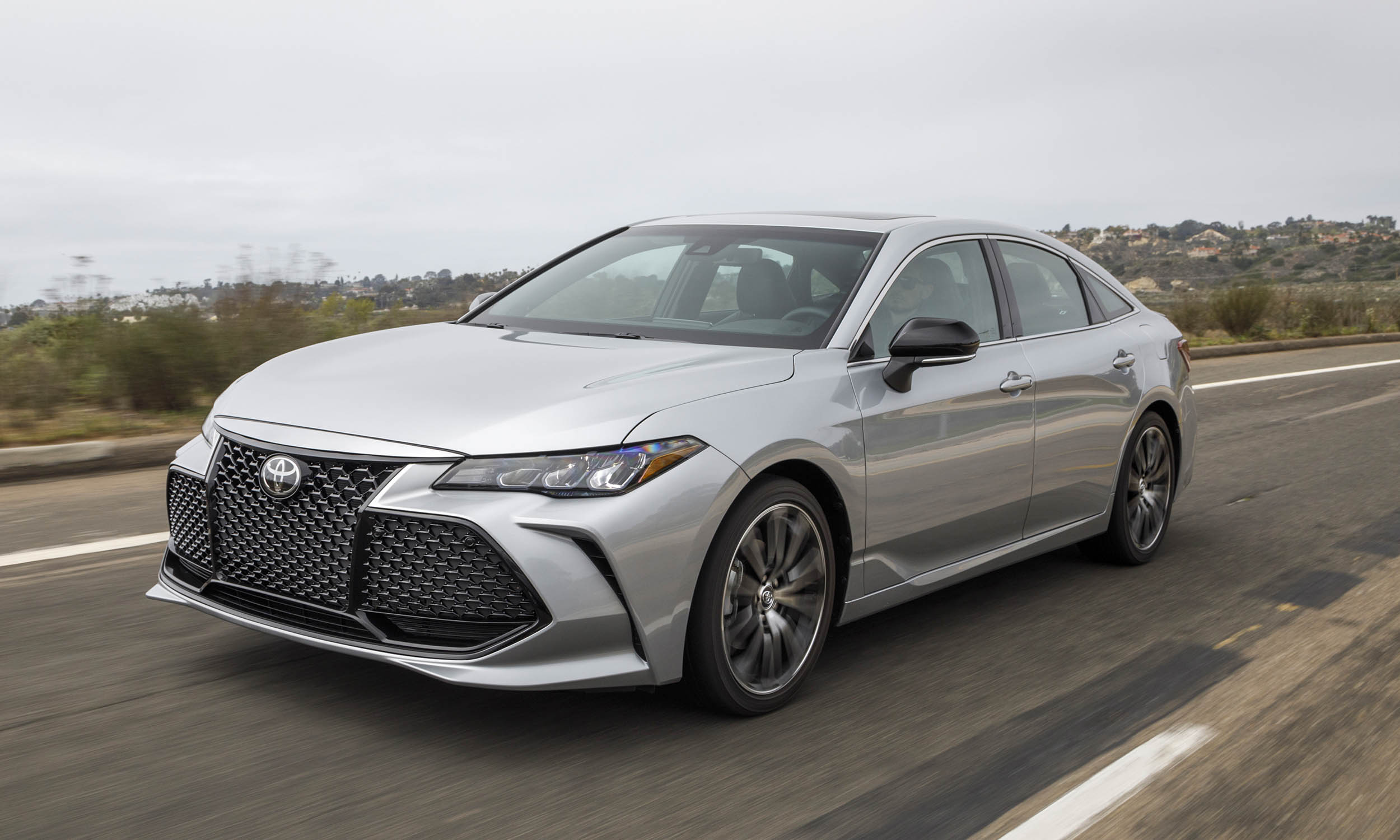 © Toyota Motor Sales, U.S.A., Inc.
On the Road
Ride comfort is important to current Avalon owners, and the new Avalon will not disappoint the current fan base, yet it still feels controlled and responsive. The powerful 3.5-liter V6 provides strong acceleration and the 8-speed automatic does a good job of keeping the engine in the right range, whether accelerating or cruising. The biggest surprise is the Avalon Touring with Adaptive Variable Suspension, which adds a Sport+ mode and shows its best impression of a sport sedan on twisty two-lane roads. Sport+ offers firm suspension, responsive steering and sharp power delivery for a level of performance and fun-to-drive factor not expected from Avalon. The paddle shifters make an audible clicking noise when shifted manually, letting passengers know when the driver takes control of the shifting. 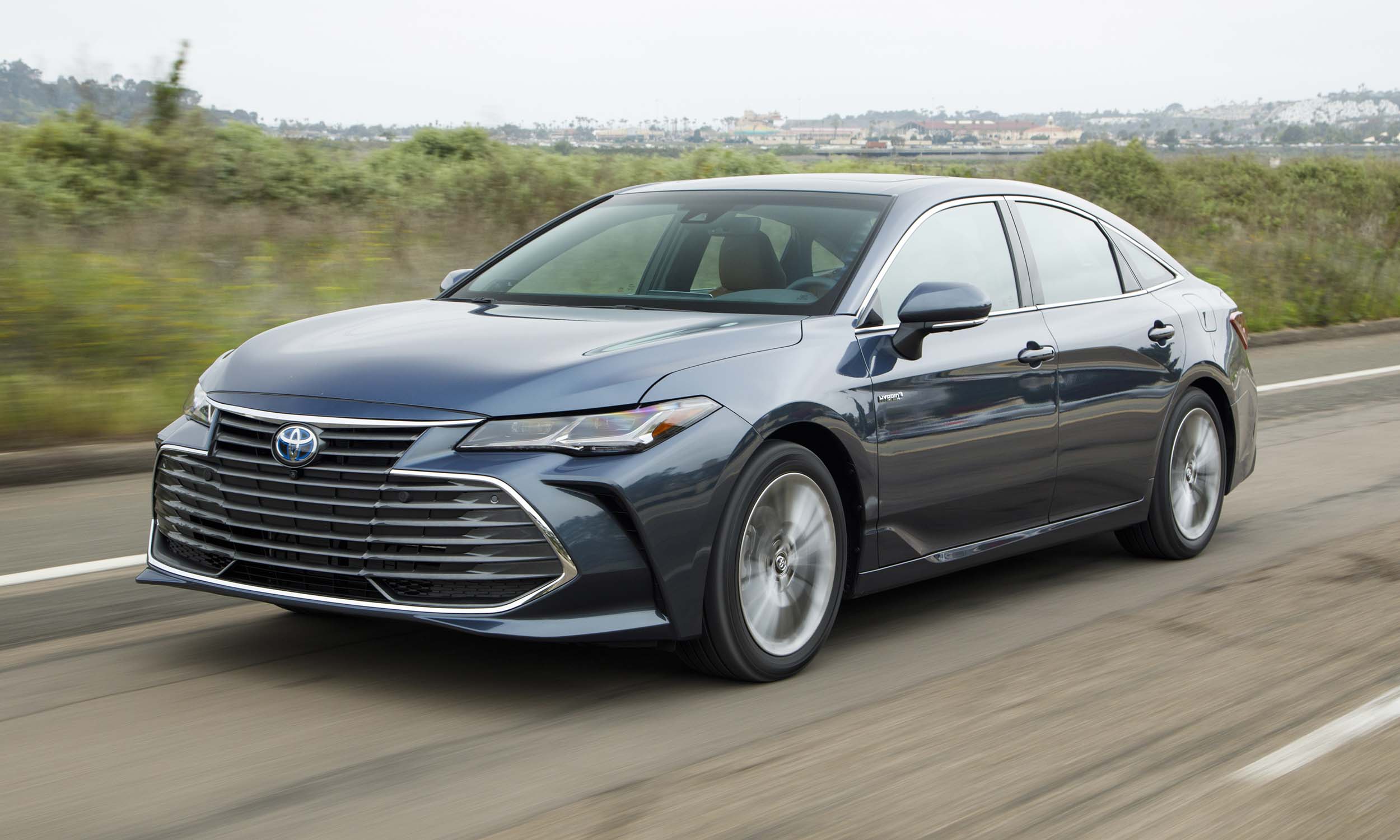 © Toyota Motor Sales, U.S.A., Inc.
Avalon Hybrid
Although the Avalon Hybrid power delivery is not as smooth as the V6 and also noisier, the fuel economy is very impressive for a car of this size, delivering more than 40 mpg in city or highway driving. Avalon Hybrid offers full EV mode for low-speed driving, and the gasoline engine kicks in automatically to provide additional power with aggressive acceleration at speeds above 25 mph. The battery seems to recharge quickly once the gasoline engine is operating, so EV mode is usually available. The Avalon Hybrid has plenty of power with the extra torque boost at low speeds from the electric motor. 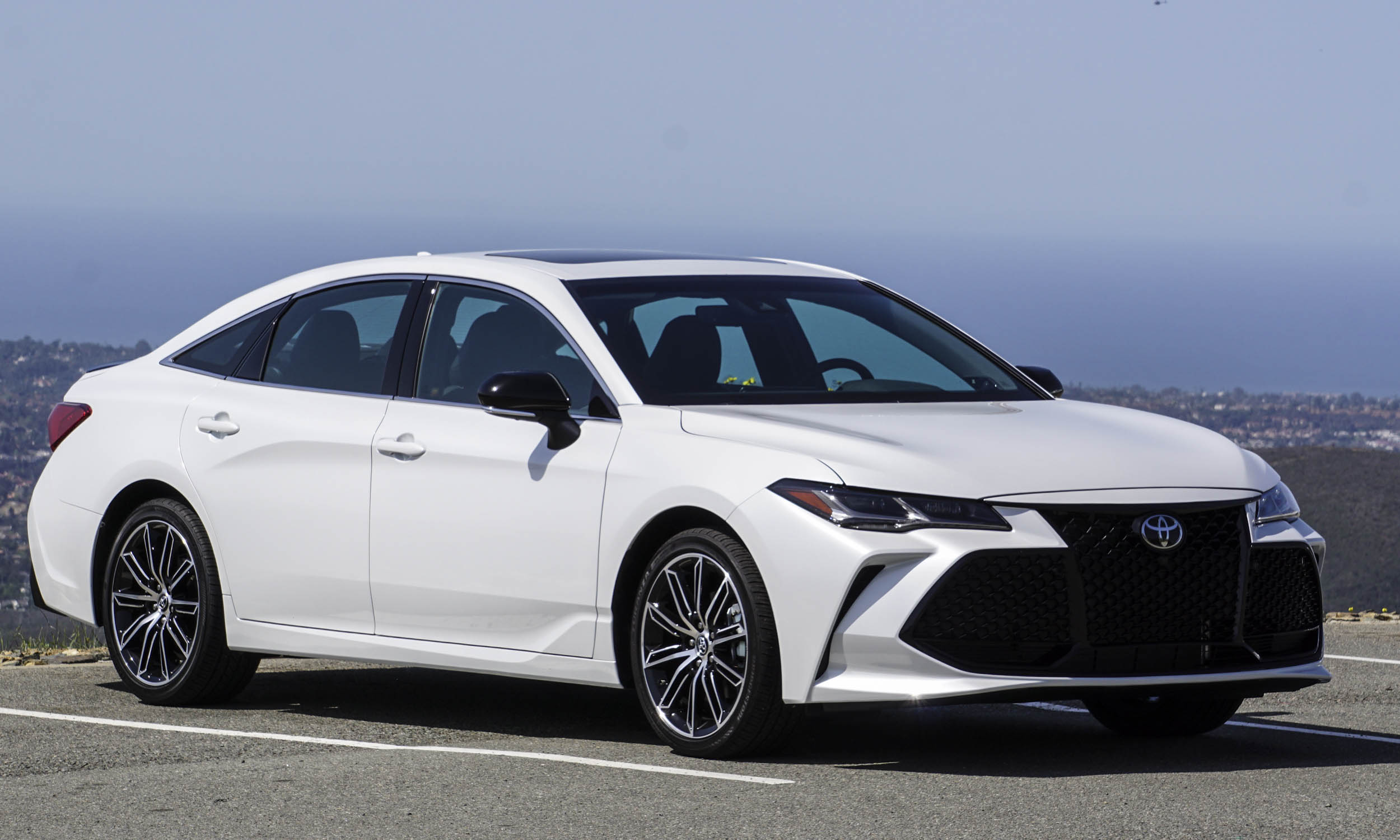 Right for You?
At a time when other auto manufacturers are turning away from sedans, Toyota shows its commitment to the large sedan via the new Avalon. If there really is a gap between the fully-loaded Toyota Camry XLE and the Lexus ES from Toyota’s luxury brand, the Avalon fills the void. The new Avalon really has a presence and the effort to eliminate boring design doesn’t feel excessive or overwrought as it does on some other models, but the result is new look that is both elegant and interesting, while still somewhat conservative. The Avalon Touring injects an element of sportiness that is unexpected and may only appeal to a small group of buyers. It really is the car for a buyer who is looking for a step up from the Camry but doesn’t want or need the prestige of a Lexus badge. 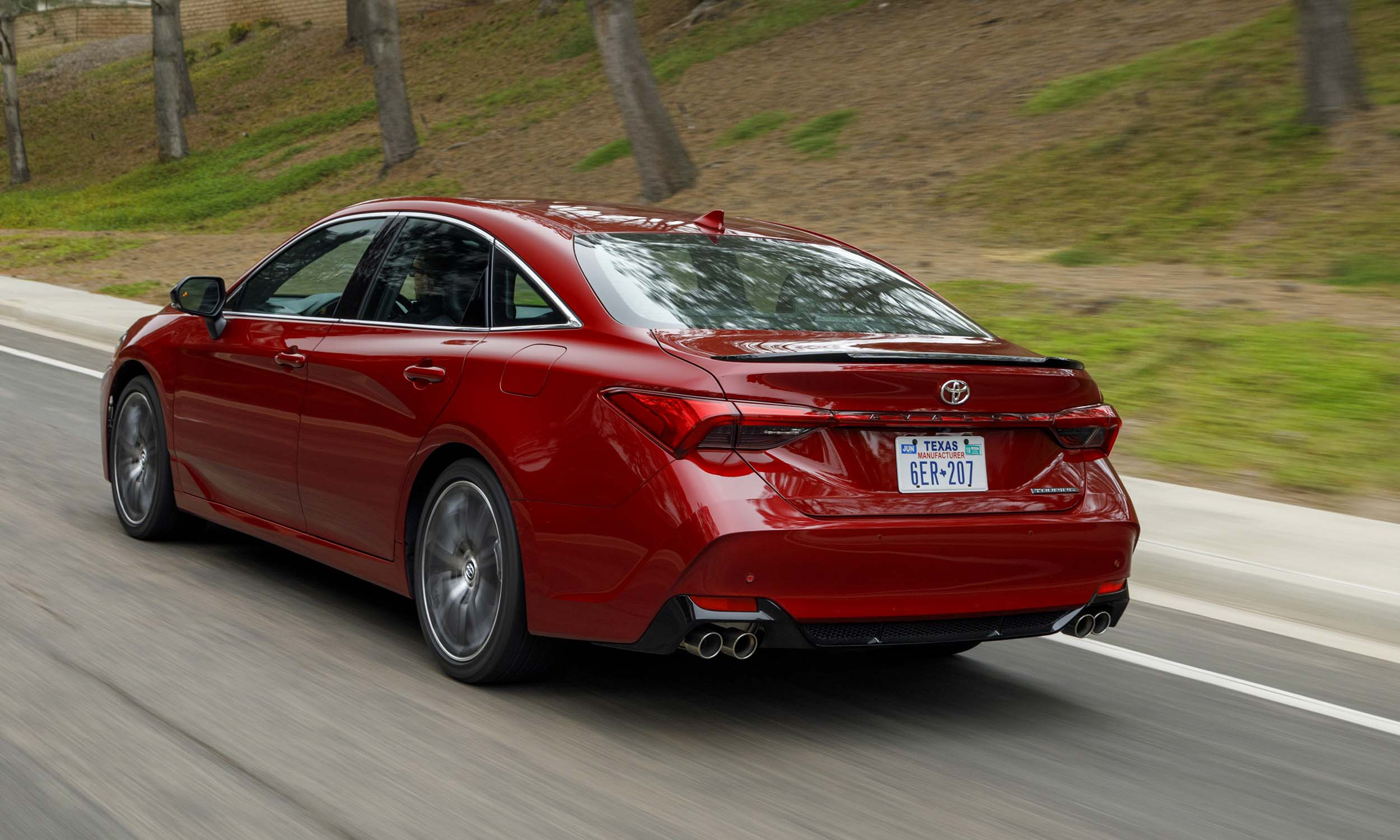