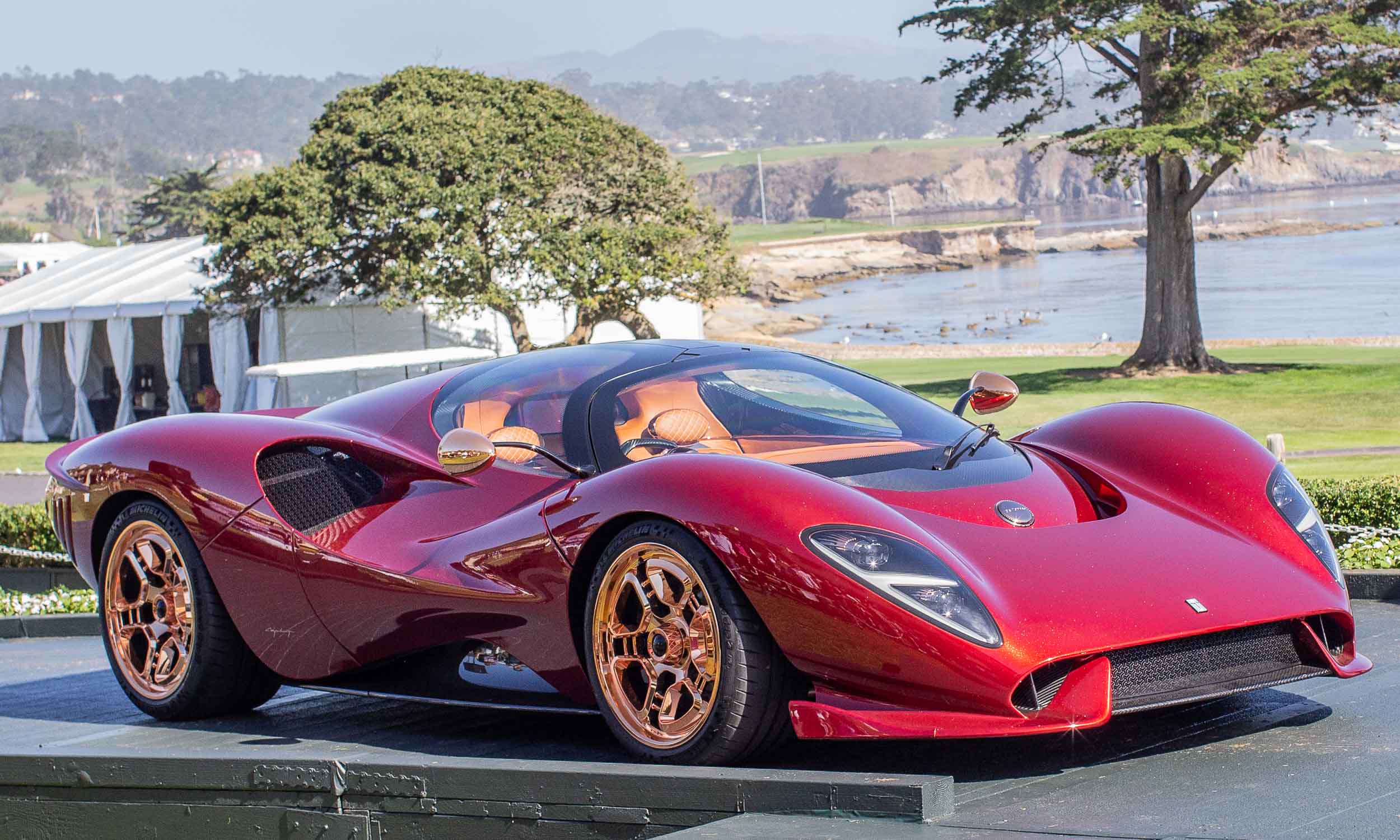 © Rod Hatfield, Automotive Content Experience
De Tomaso 60th Anniversary
Founded by race car driver Alejandro de Tomaso in 1959, De Tomaso is best known to American auto enthusiasts for the Pantera, a mid-engine two-seat sports car that debuted in 1970, powered by a Ford 351 cubic-inch engine. This year marks the 60th Anniversary of De Tomaso and to commemorate the milestone, and the new company owners were proud to be at Pebble Beach announcing the launch of a new project, formally named the De Tomaso P72 in tribute to the original P70. 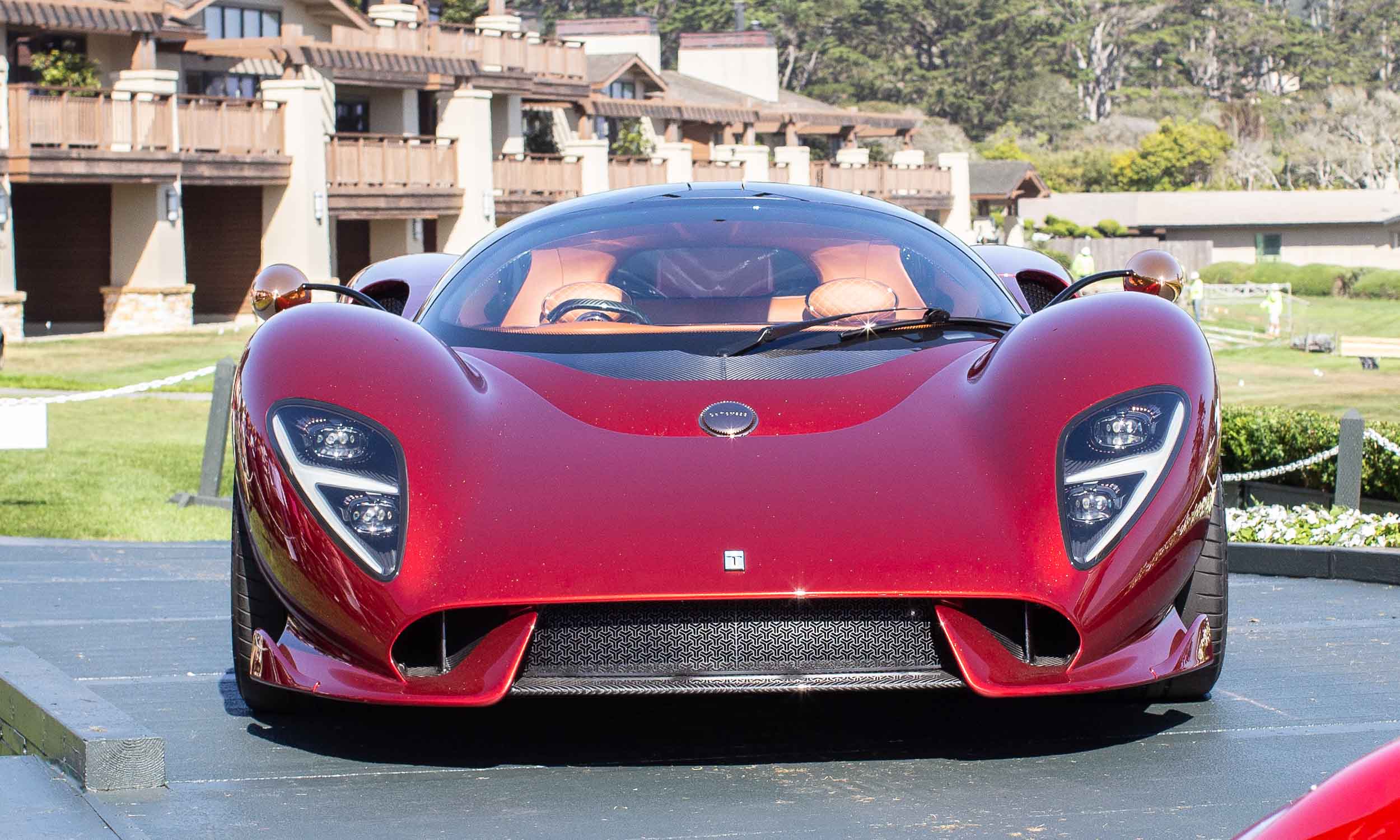 © Rod Hatfield, Automotive Content Experience
A Tribute
“We are delighted to announce the launch of this exclusive car,” De Tomaso Chairman Norman Choi. “We have devoted numerous days and nights developing a car that can live up to its predecessor. The P72 evokes the spirit of Alejandro de Tomaso, the brand and the eras that this car represents,” Choi observed. 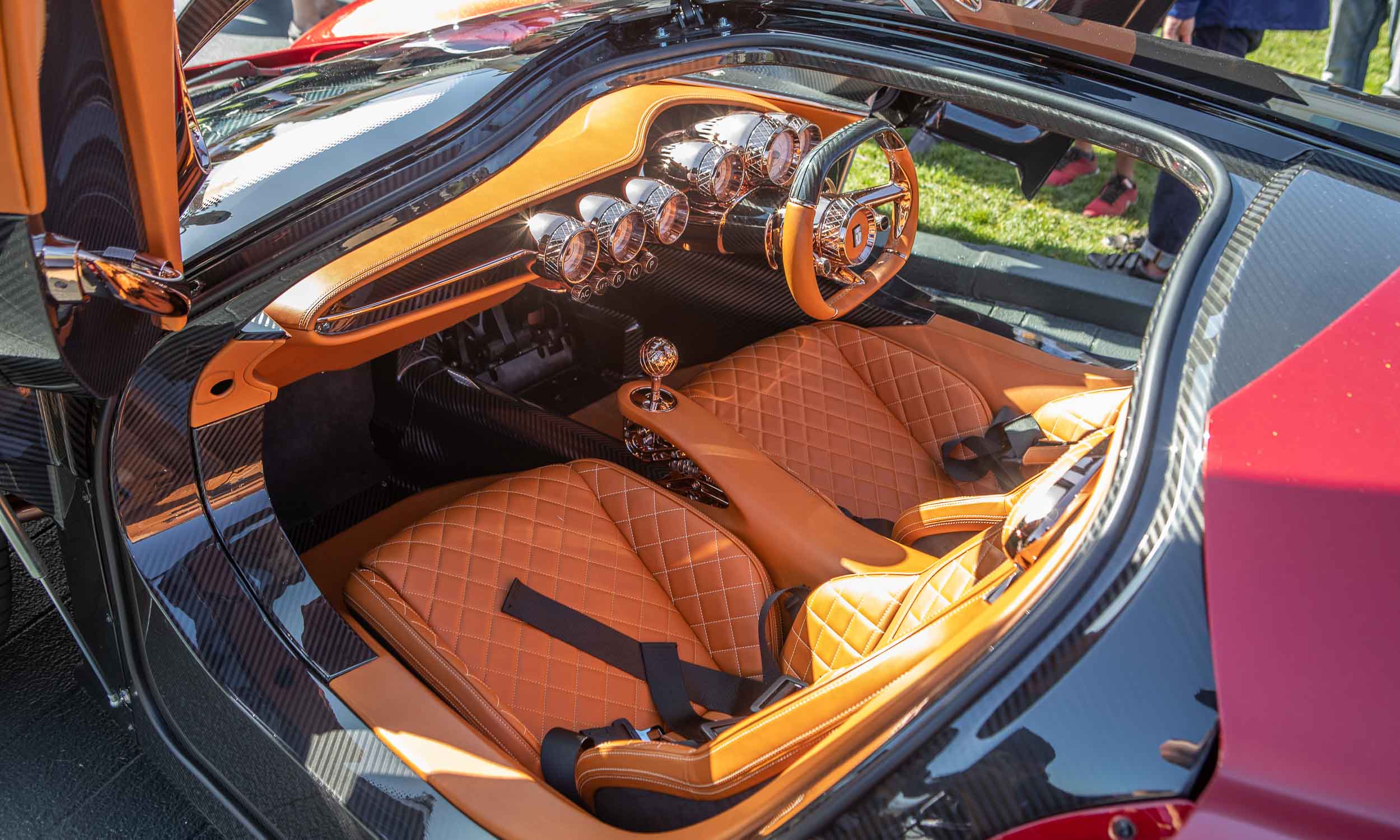 © Rod Hatfield, Automotive Content Experience
Limited Edition
De Tomaso P72 production will be limited to — you guessed it — only 72 examples, built on the same carbon fiber chassis as the Apollo IE. Specifications and pricing will be announced at a later date, but the base price is expected to be approximately 750,000 euro. 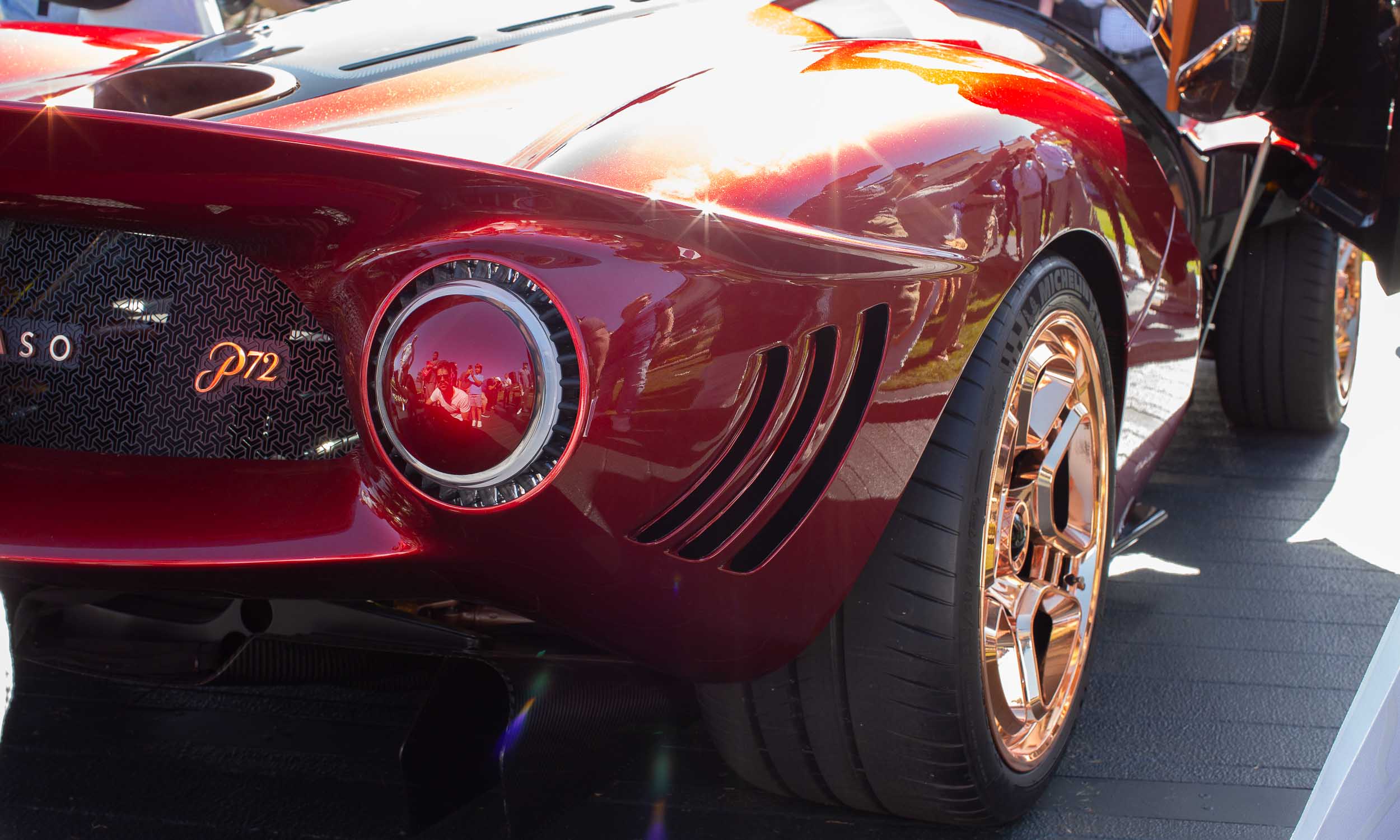 © Rod Hatfield, Automotive Content Experience
De Tomaso P72
“A similar way the Pantera created a new category when it debuted in 1970, the P72 will create a new benchmark of its own,” said De Tomaso General Manager and CMO Ryan Berris. “We have created a modern-day time machine that pays homage to an integral part of history and a car with its own provenance. When the final specifications and pricing for the car is revealed, people will realize how it adheres to the six core foundational pillars of De Tomaso: Heritage, Passion, Racing, European Design, and World- Class Performance at Extreme Value,” Berris enthused. 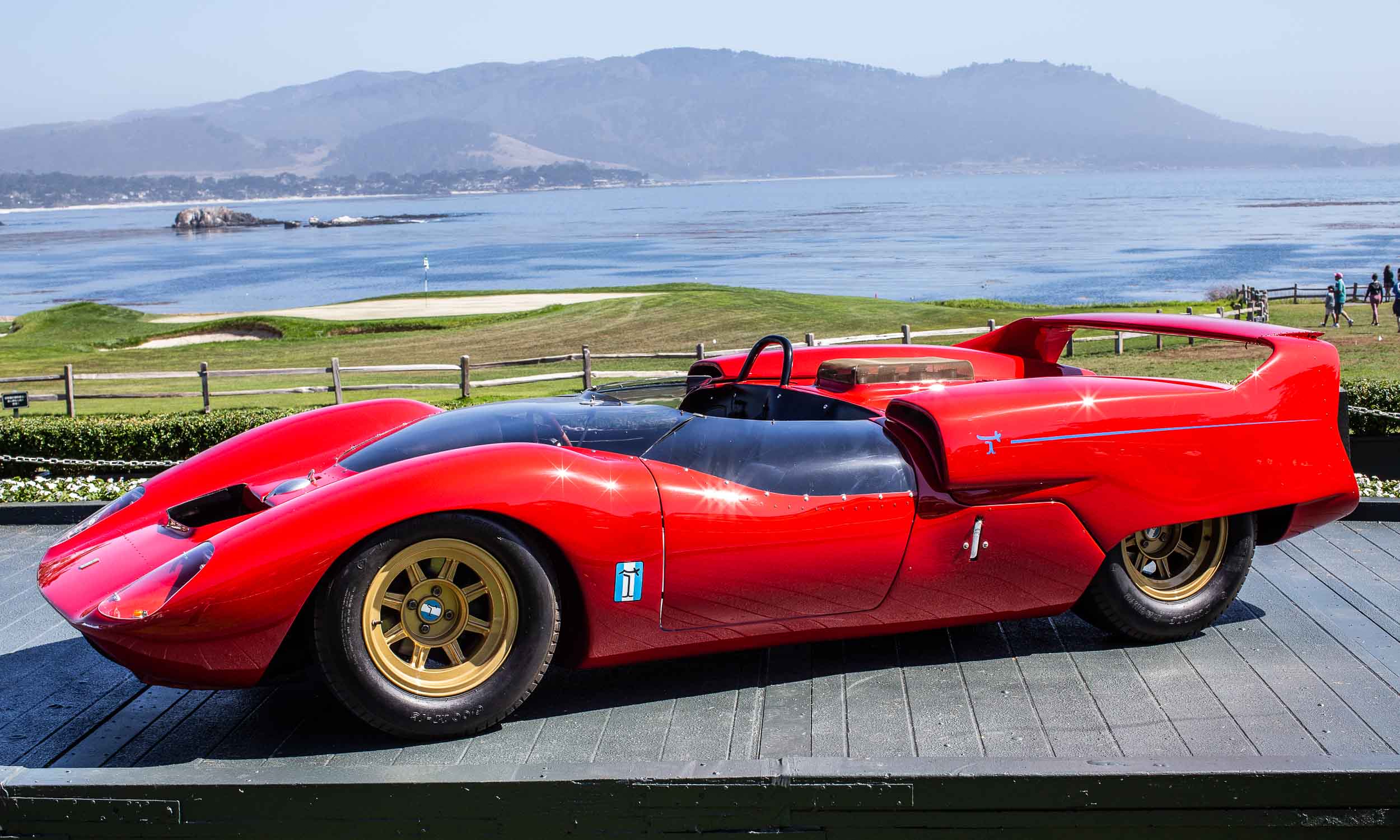 © Rod Hatfield, Automotive Content Experience
De Tomaso P70
“In 1964 the unlikely pairing of Carroll Shelby and Alejandro de Tomaso, two of the strongest egos in international motorsport, conspired to build a car they felt could defeat the best in the world, they created the P70” said Peter Brock, designer of the Shelby Daytona Coupe, Corvette Stingray and the original P70. 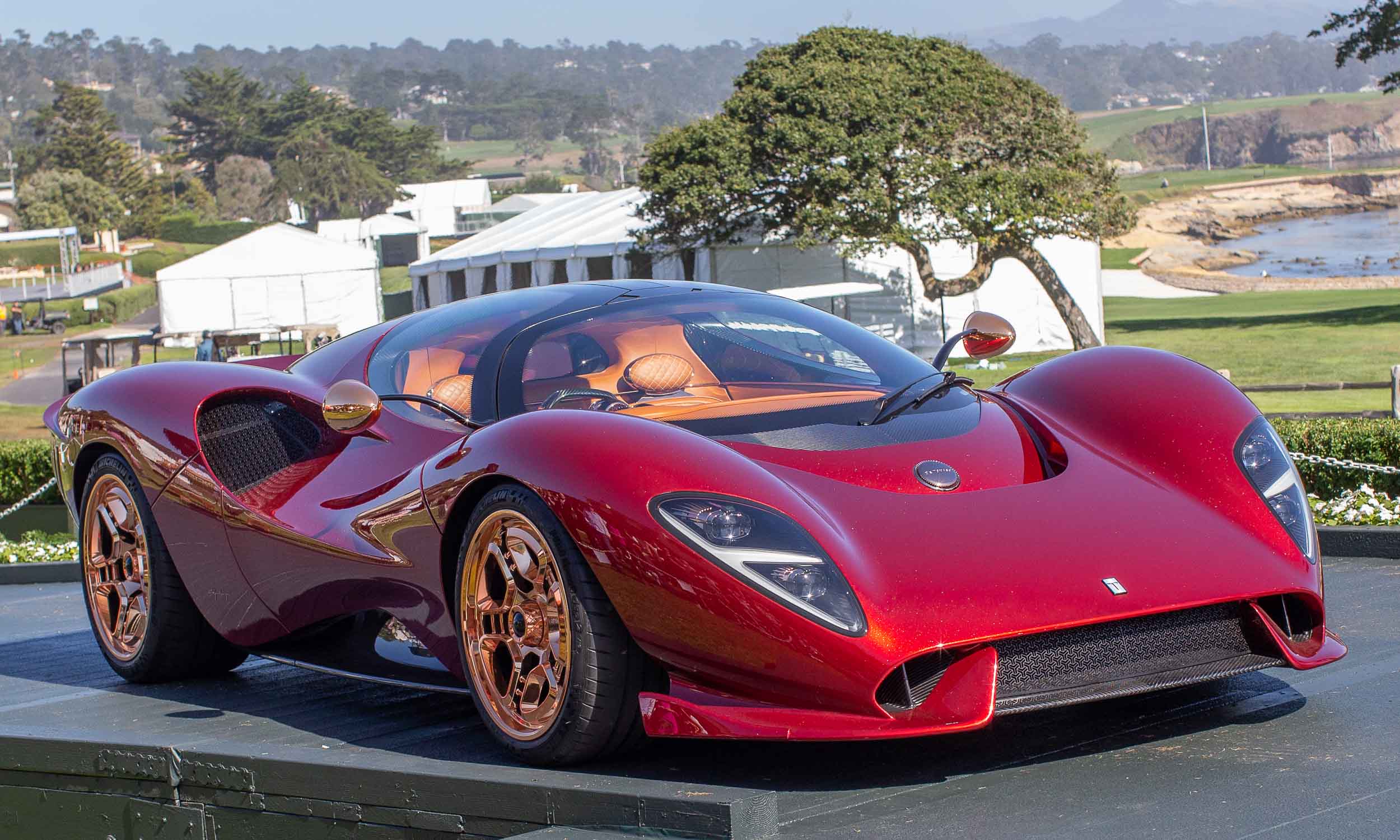 © Rod Hatfield, Automotive Content Experience
Brock Honored
“When I was told this new De Tomaso is an ‘homage’ to my P70 Sports racer I was honored,” said Brock. I had no idea my concept from the mid ‘60s would in any way be influential to a car being presented today. My first impressions of the new De Tomaso are all so positive I hardly know where to begin. The exterior form is so well done it invites you to keep walking around, admiring every subtle detail. In this day of modern super GTs it’s difficult to stand out for more than a short time. With its design, engineering and technical specifications I think this De Tomaso P72 will set a new standard,” Brock predicted. 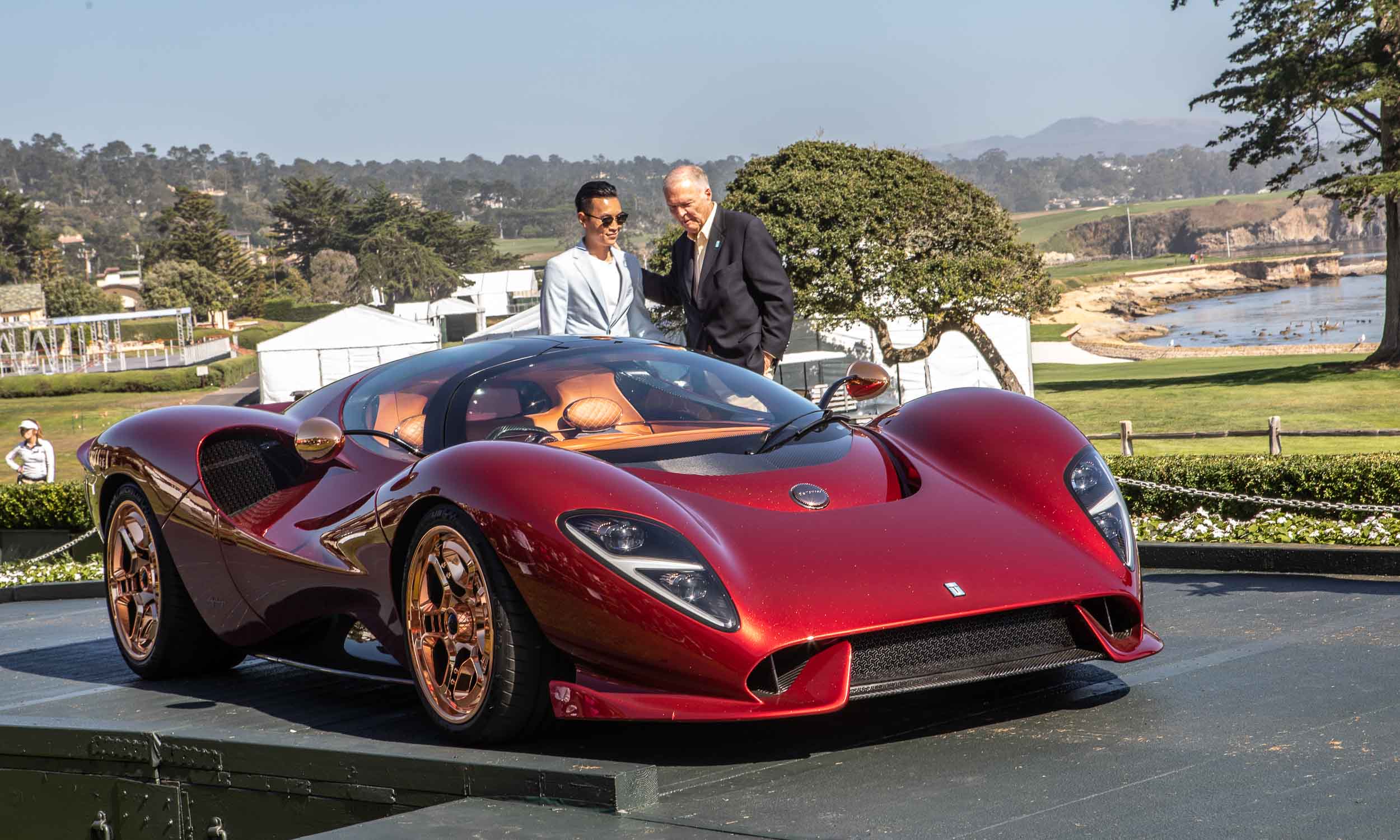 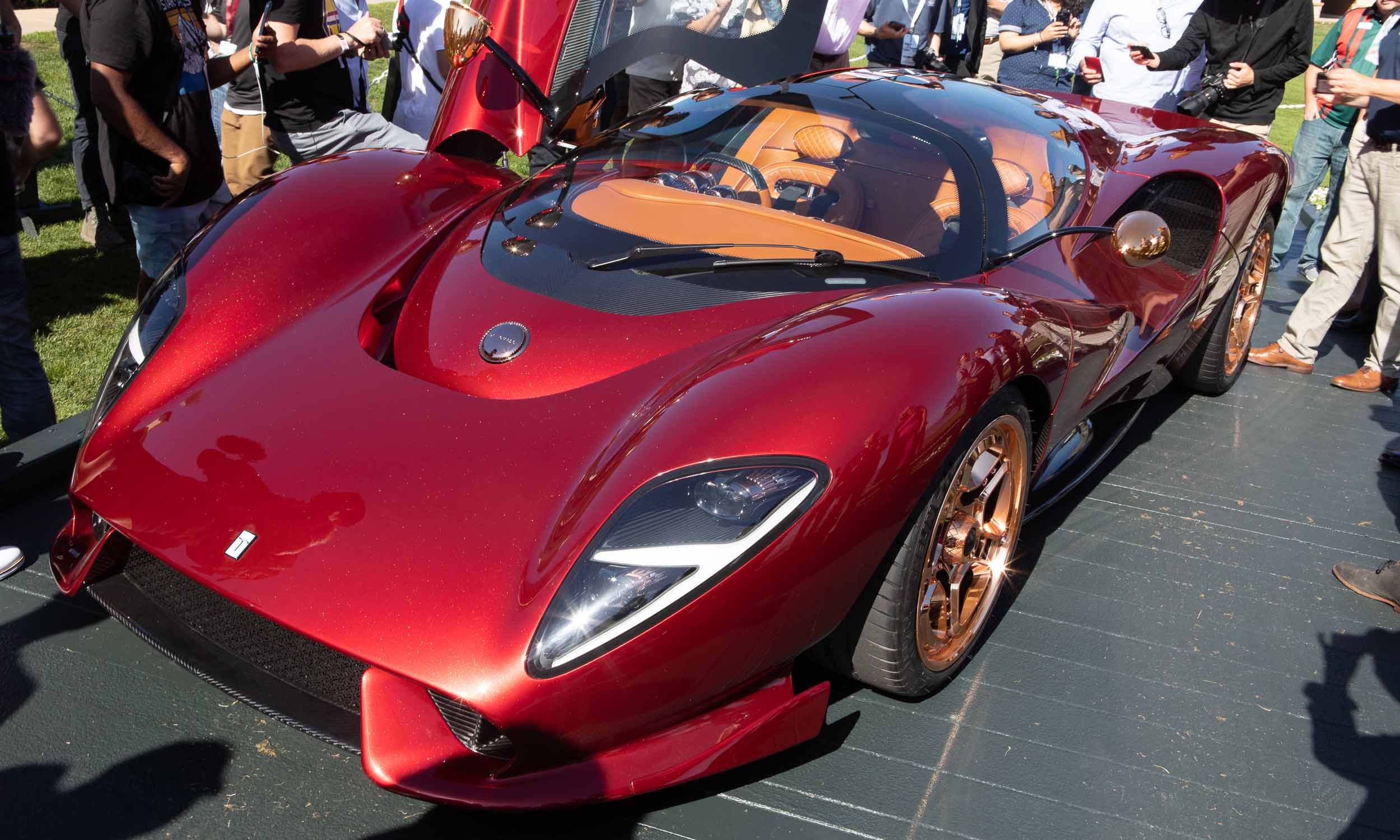 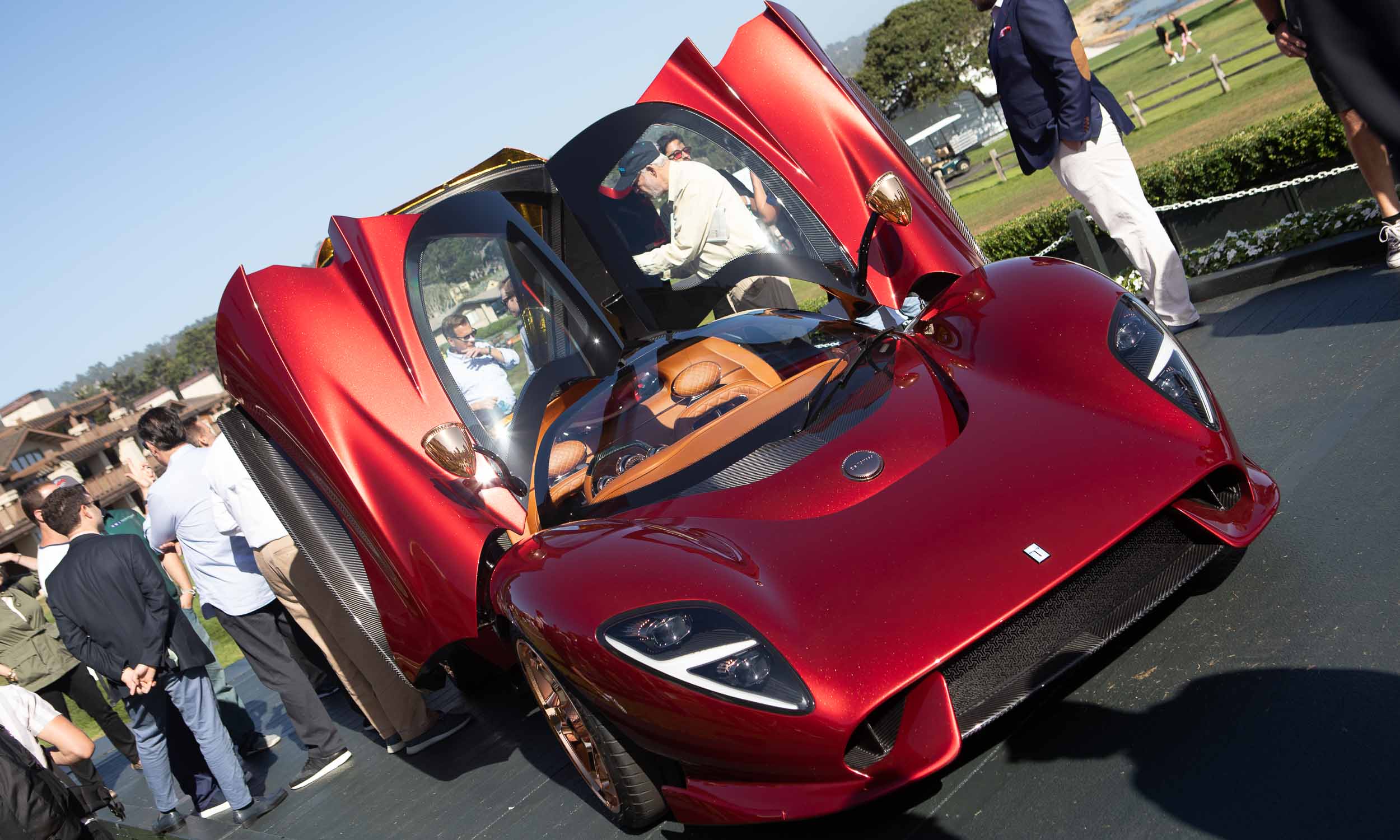 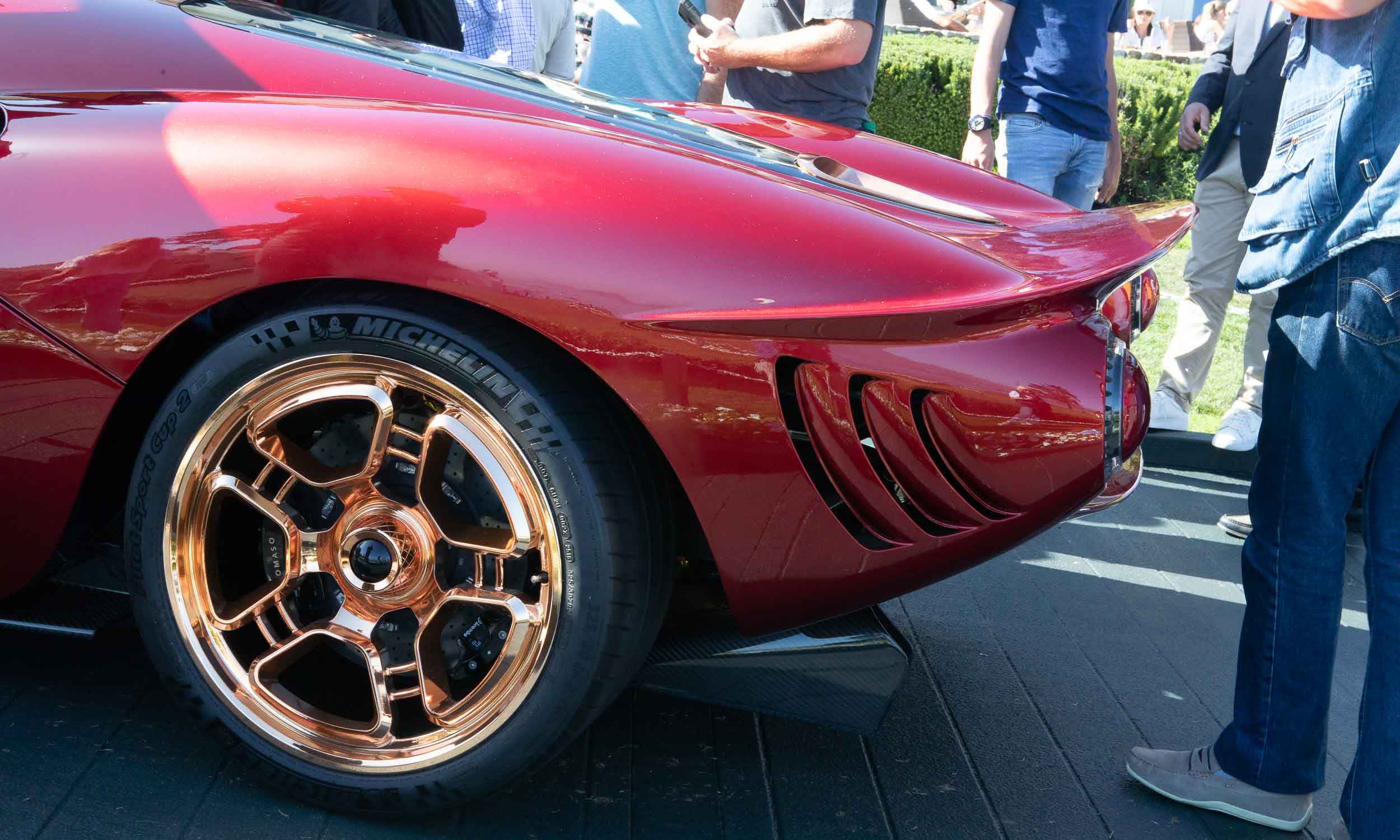 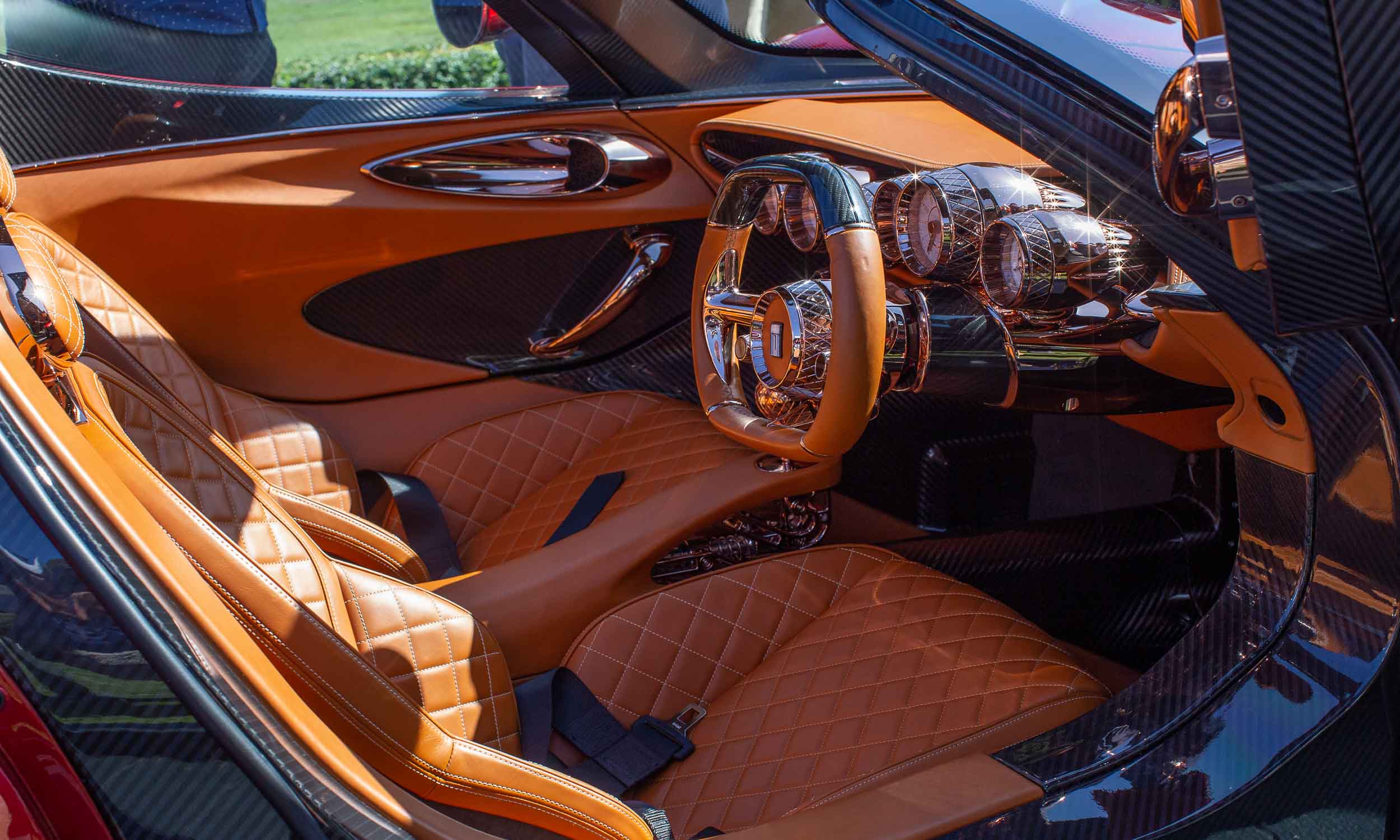 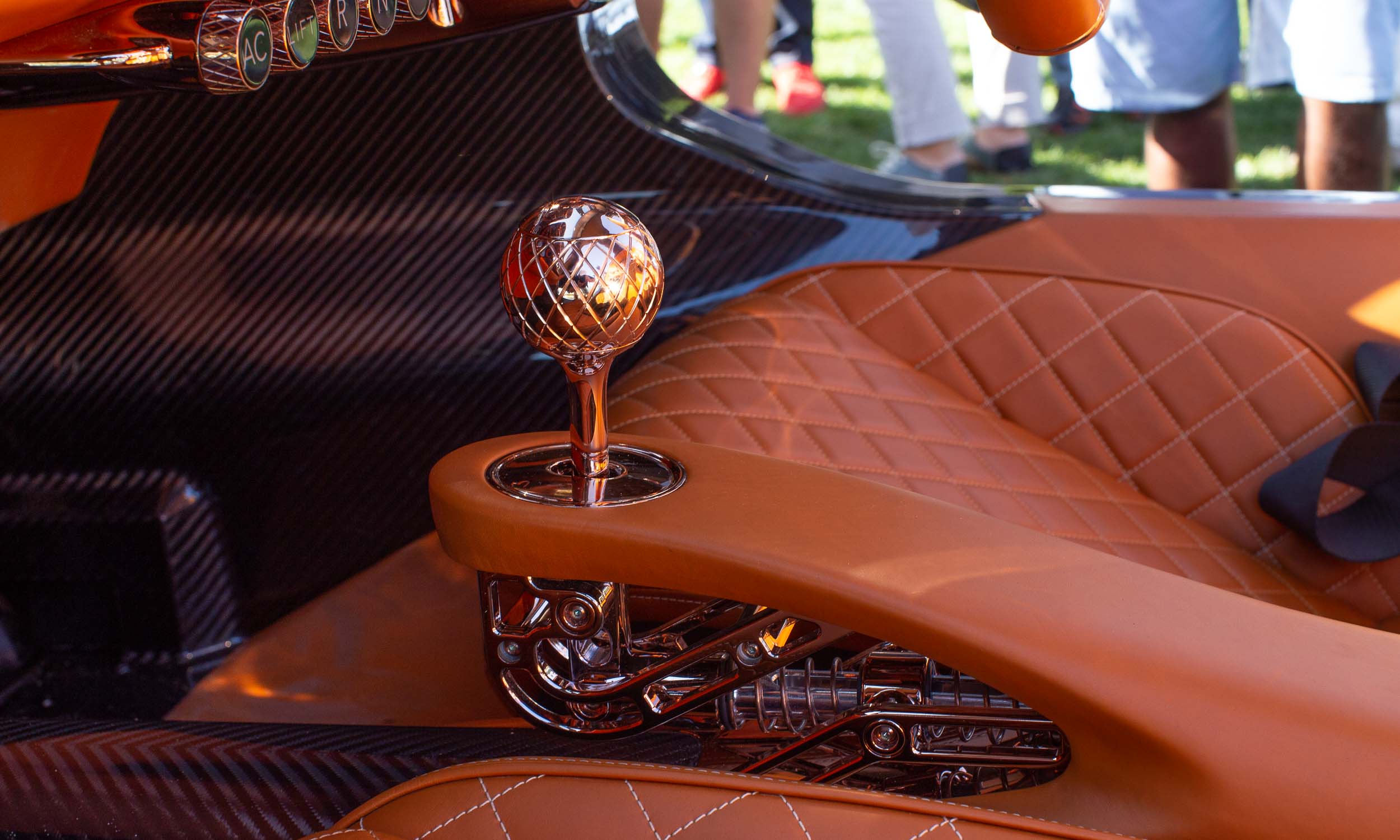 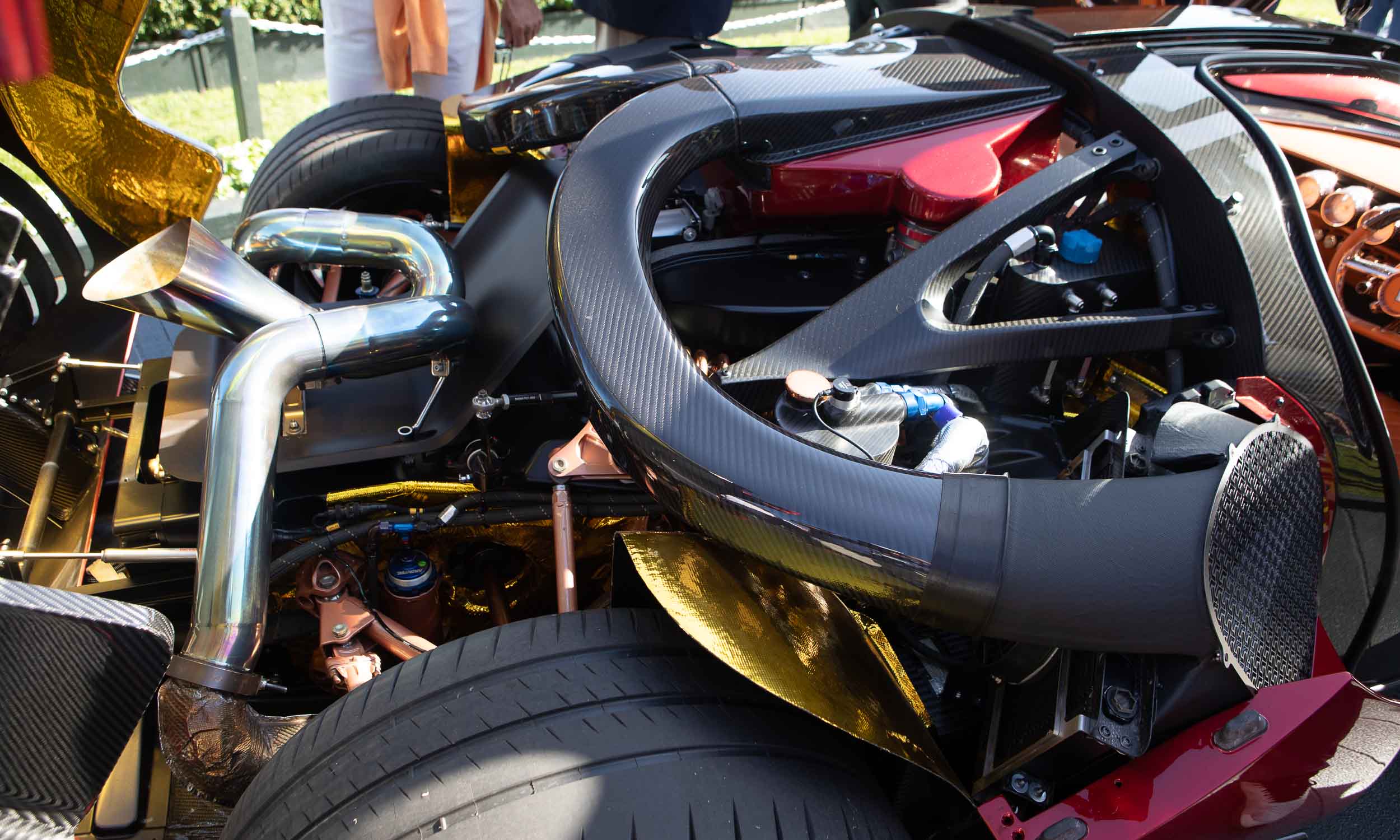 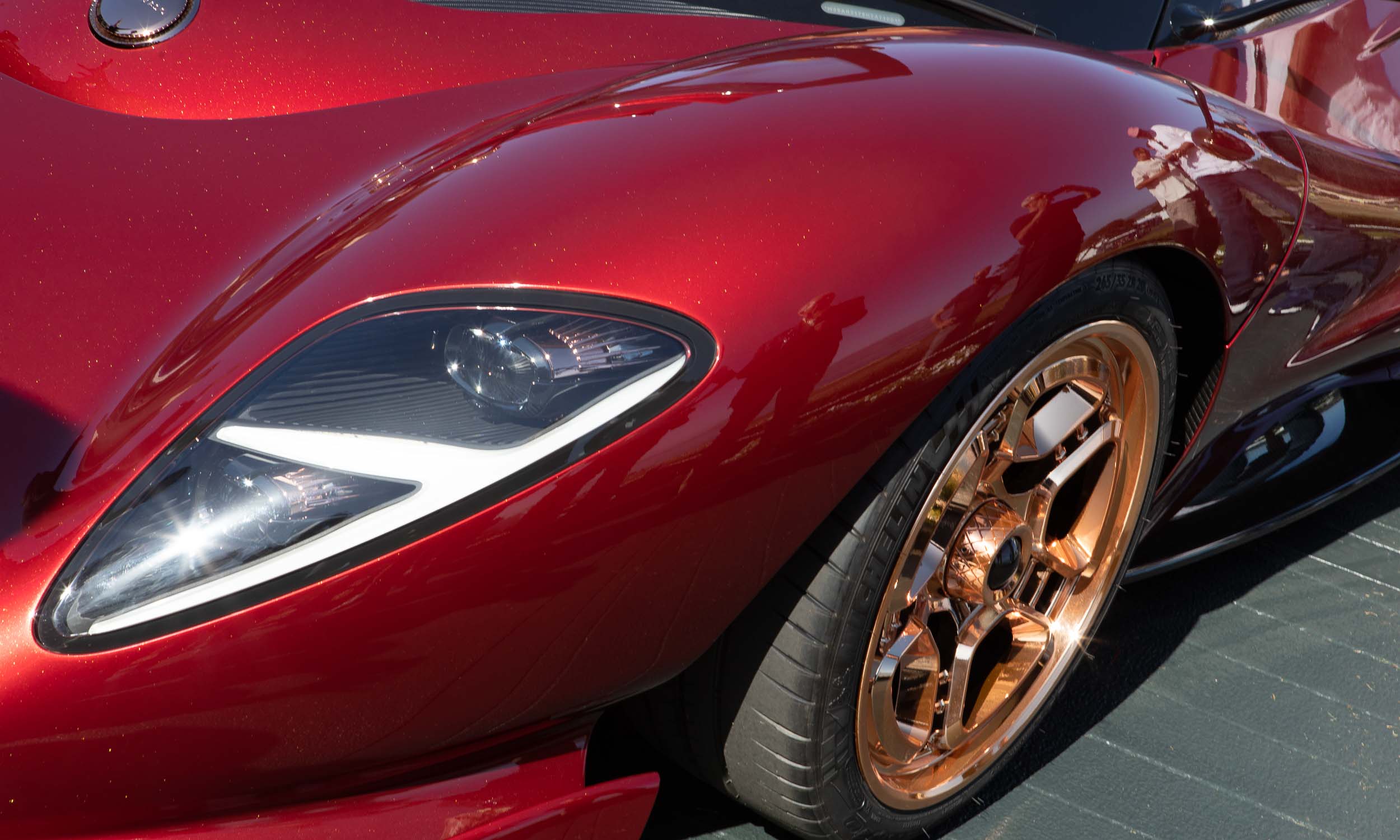 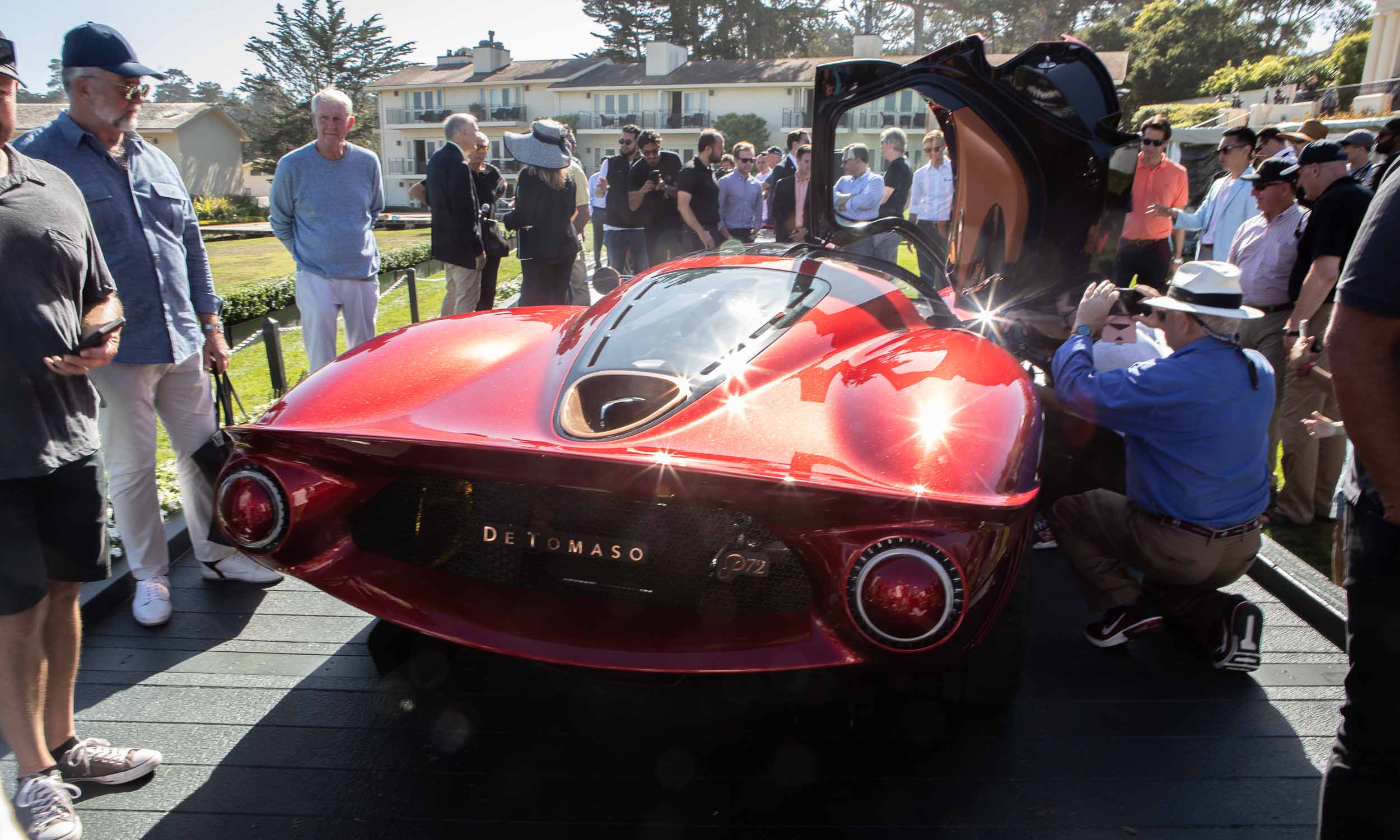 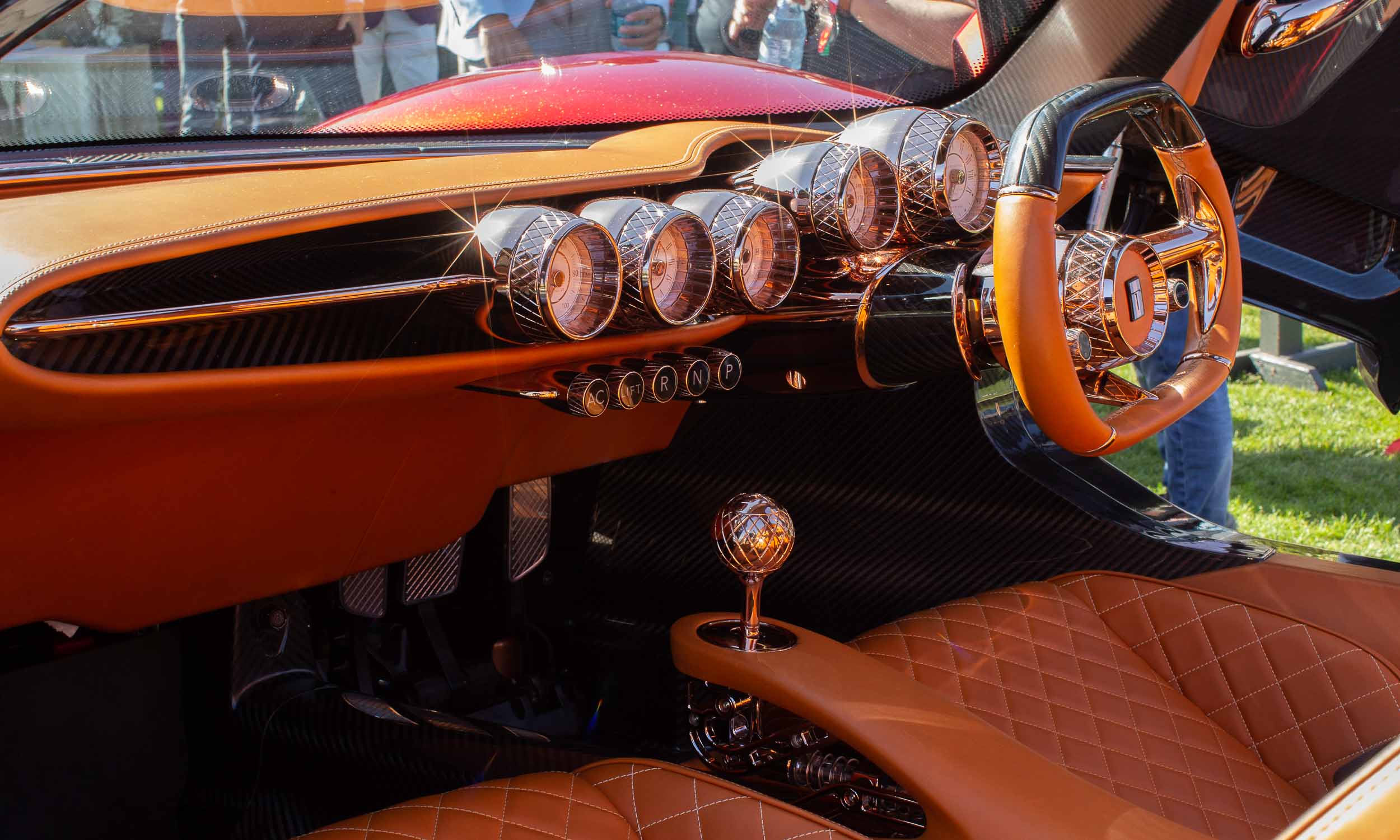 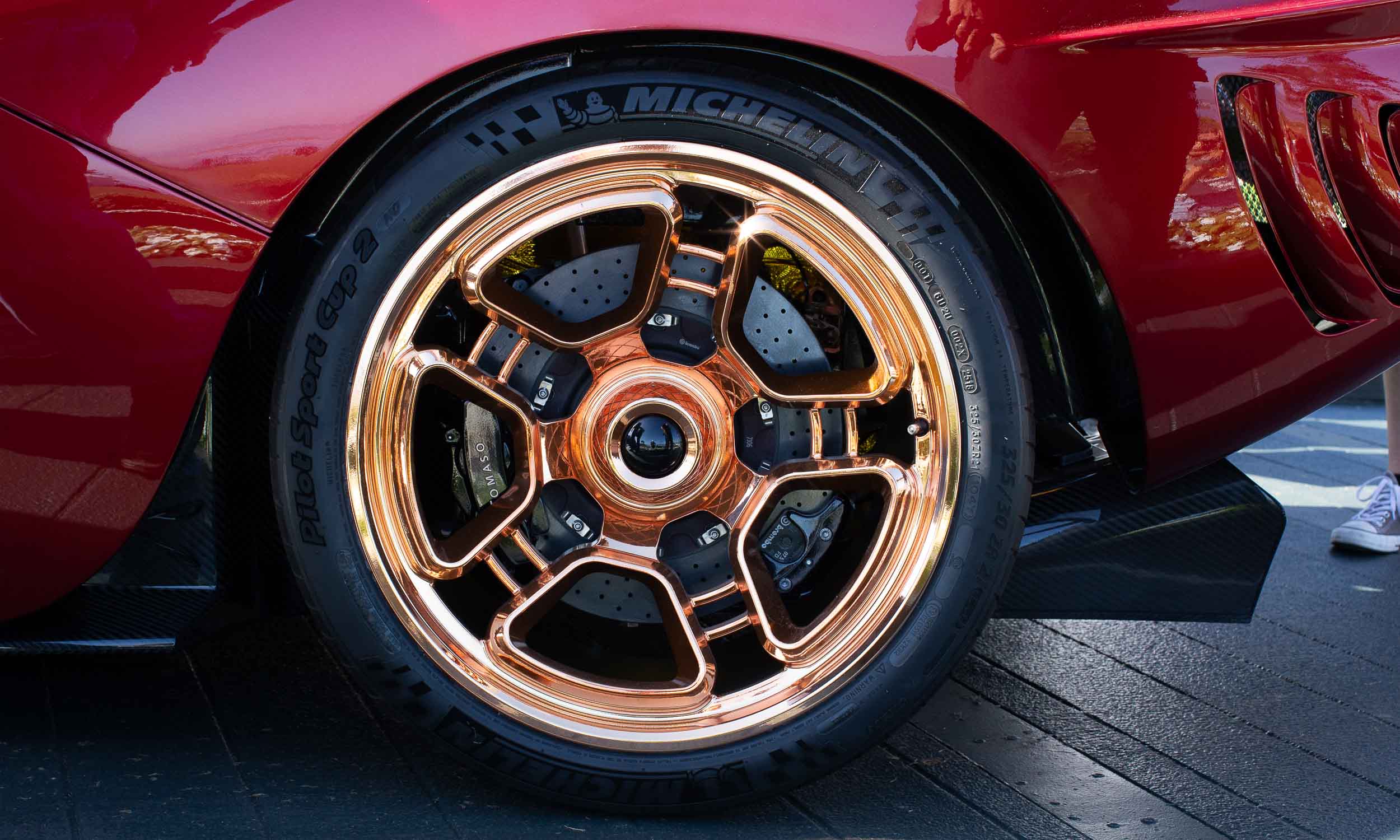 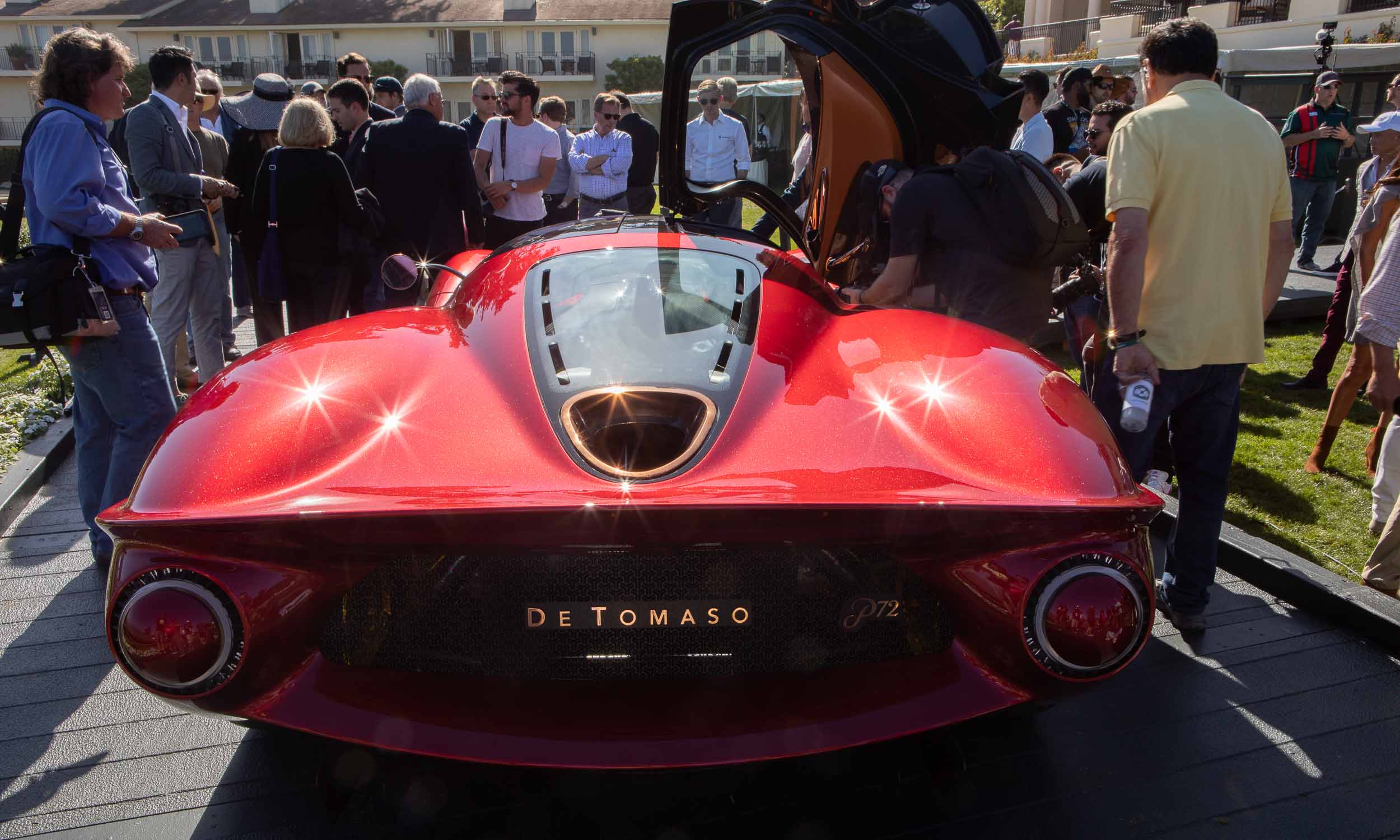