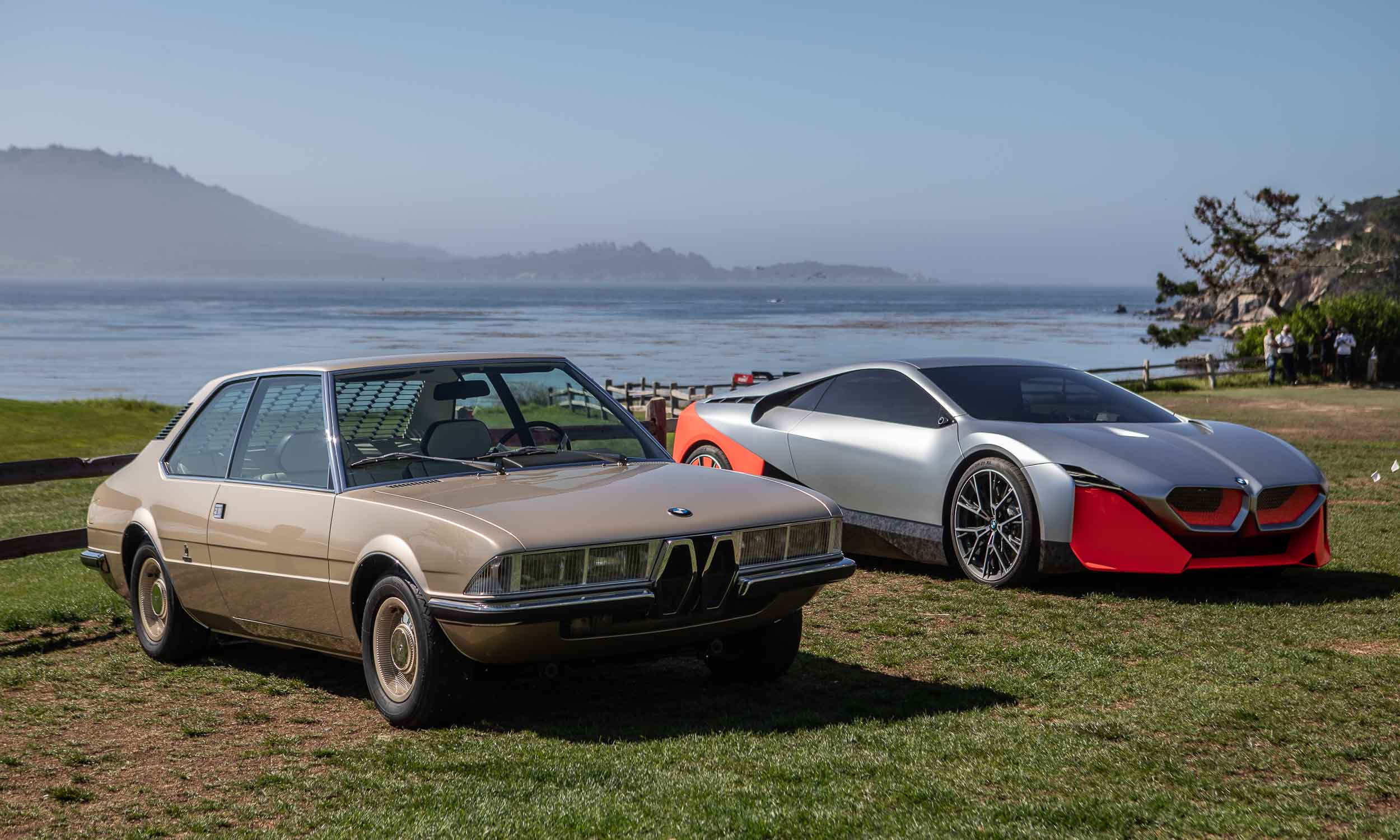 Visions of the Future
A luxury automaker that consistently uses the stunning backdrop of the annual Pebble Beach Concours d’Elegance to showcase new vehicles, BMW kicked off 2019 festivities with two unique vehicles. One offers a look to the future, the other recalls what the future of BMW looked like in 1970 — which included a bit of mystery. 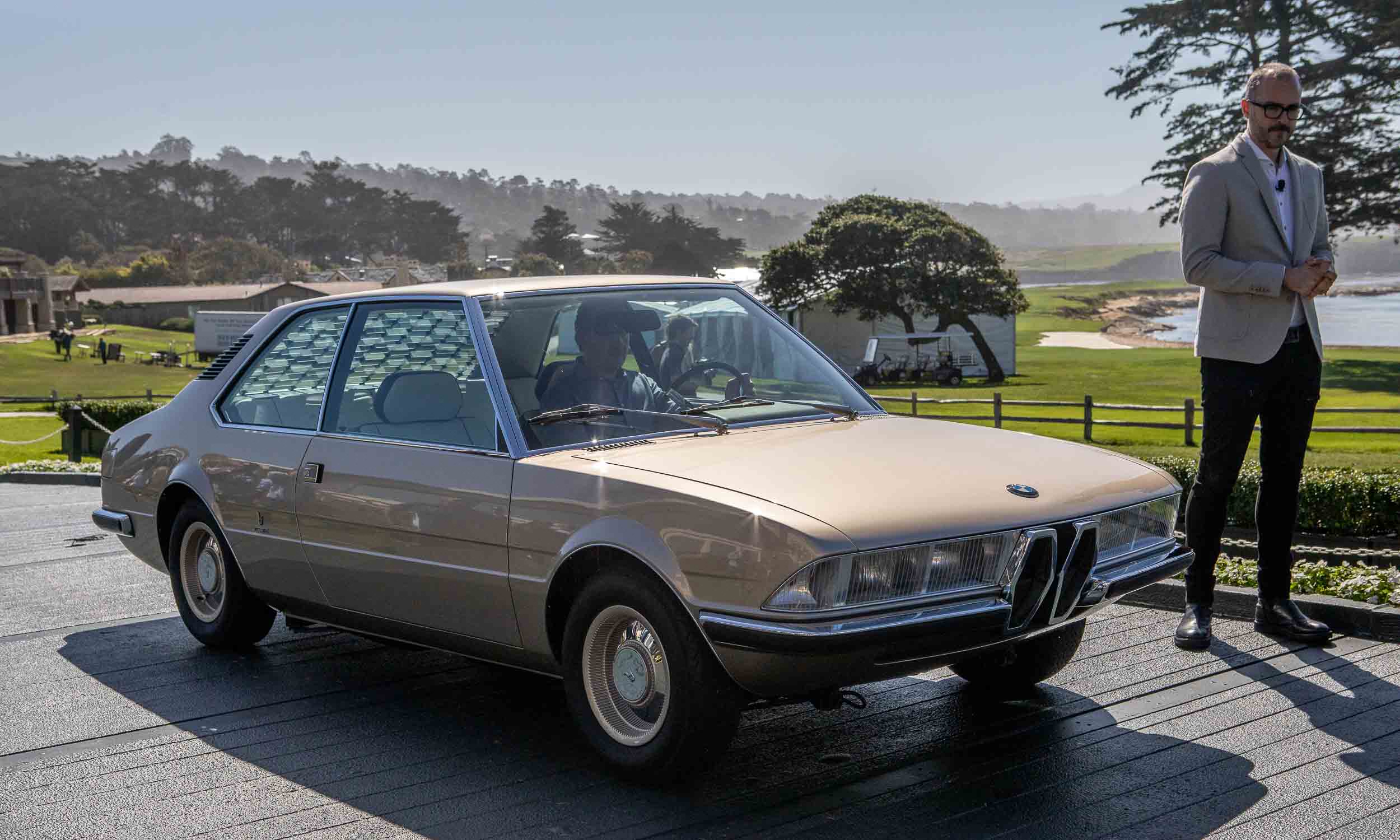 Future Past
In 1970, a BMW concept vehicle called the Garmisch made its debut at the Geneva Motor Show. Designed by Marcello Gandini for Bertone, the Garmisch was created as an independent design proposal to showcase the studio’s capabilities. “The original idea came from Nuccio Bertone himself, who wanted to consolidate our existing relationship with BMW by designing a surprise show car for the Geneva Motor Show,” recalled Marcello Gandini, who was in charge of Bertone’s design department at the time. 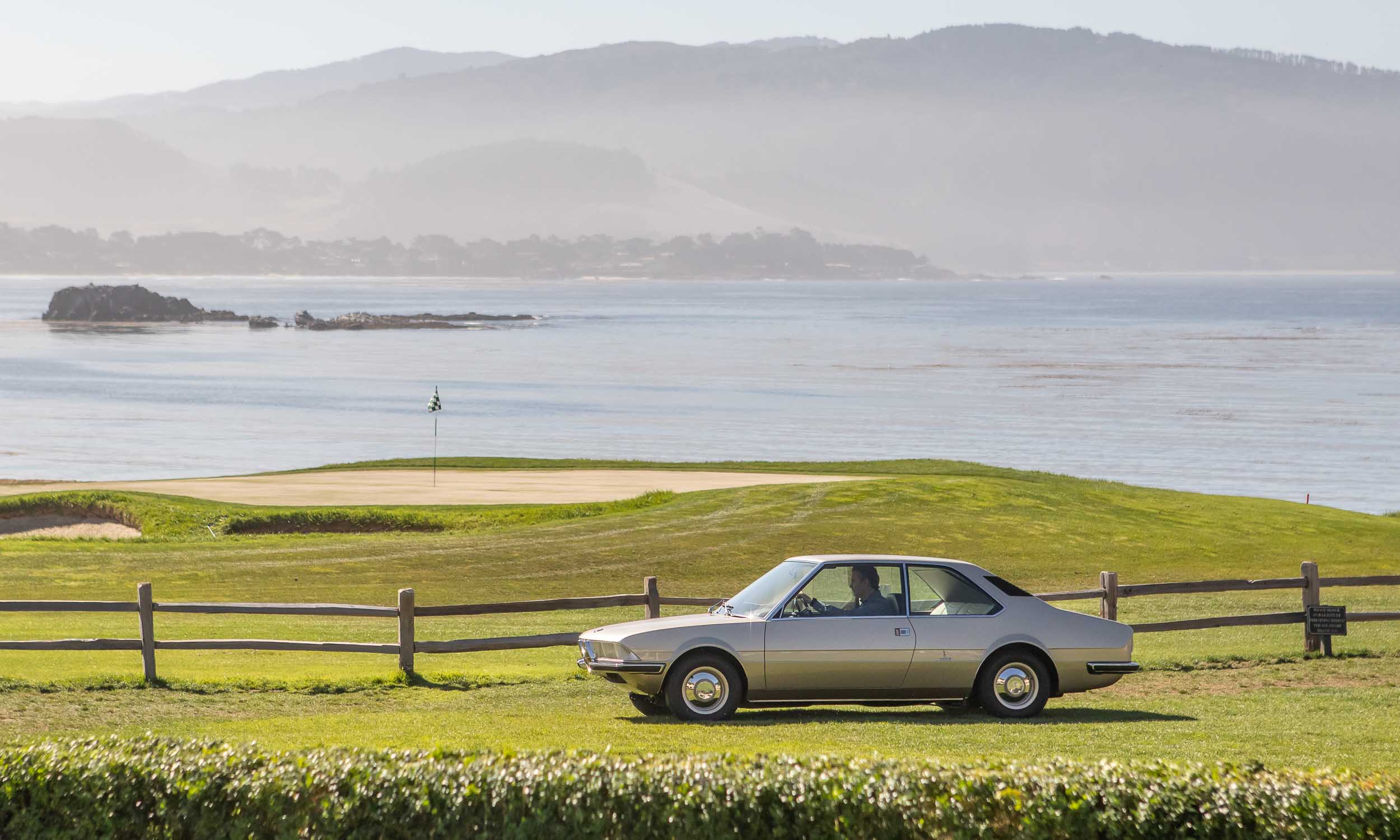 Re-Creation
However, the car on display here at Pebble Beach in 2019 is not that exact car. Following the Geneva Motor Show, the Garmisch was shipped back to BMW; however, the car never arrived. And, in an even stranger twist, it was never seen again. This BMW Garmisch is a careful recreation of that missing original. 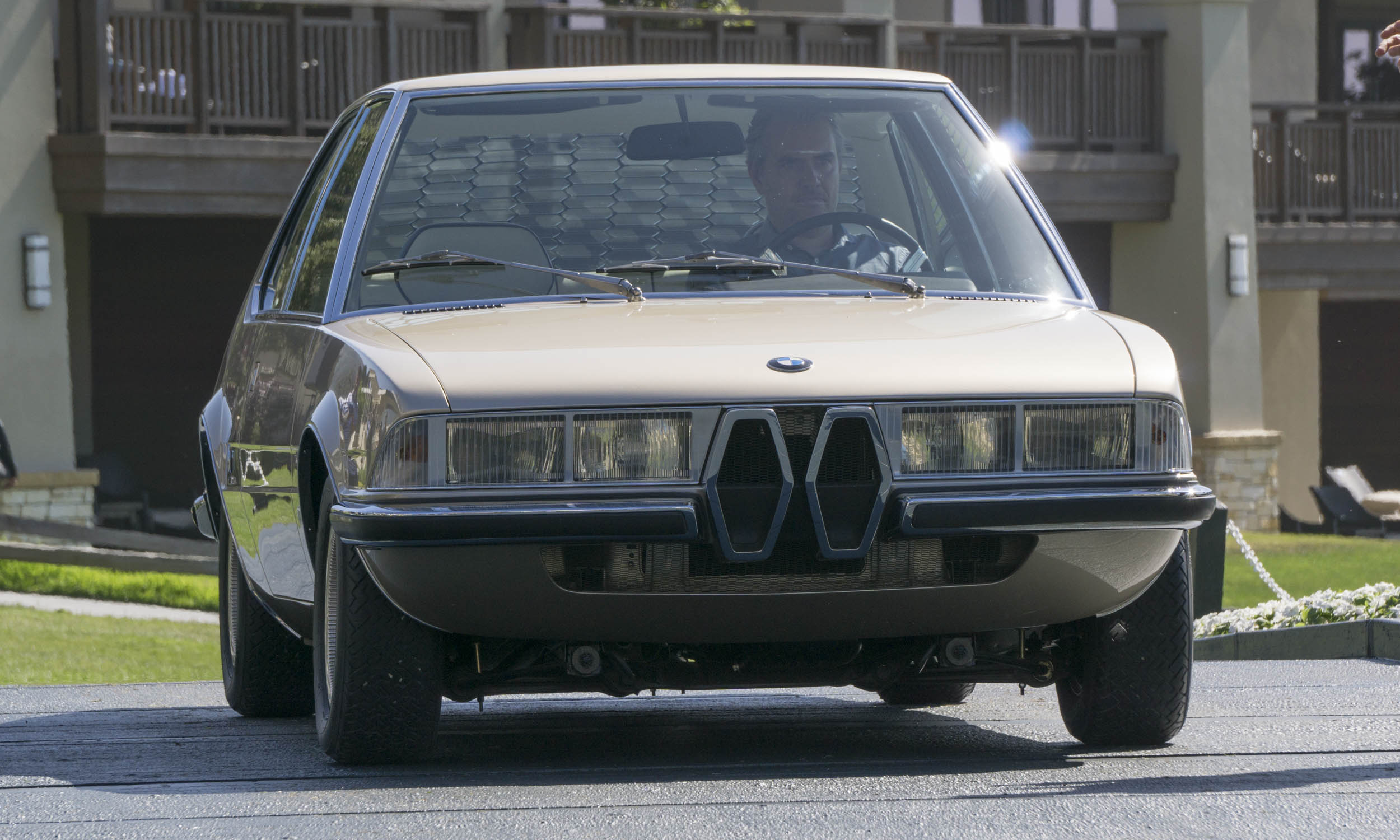 A Piece of History
“Marcello Gandini to me is one of the grandmasters of car design and his cars always have been an important source of inspiration for my work,” said Adrian van Hooydonk, senior vice president of BMW Group Design, who has been intrigued by the BMW Garmisch since he first discovered a faded period picture of the car some years ago. “Building the BMW Garmisch for a second time gave us the opportunity to pay tribute to Mr. Gandini, recall one of his lesser-known cars and highlight Bertone’s stylistic influence on the evolution of BMW design. For me, that alone was reason enough to do this project — filling in the gaps and completing BMW’s history,” van Hooydonk noted. 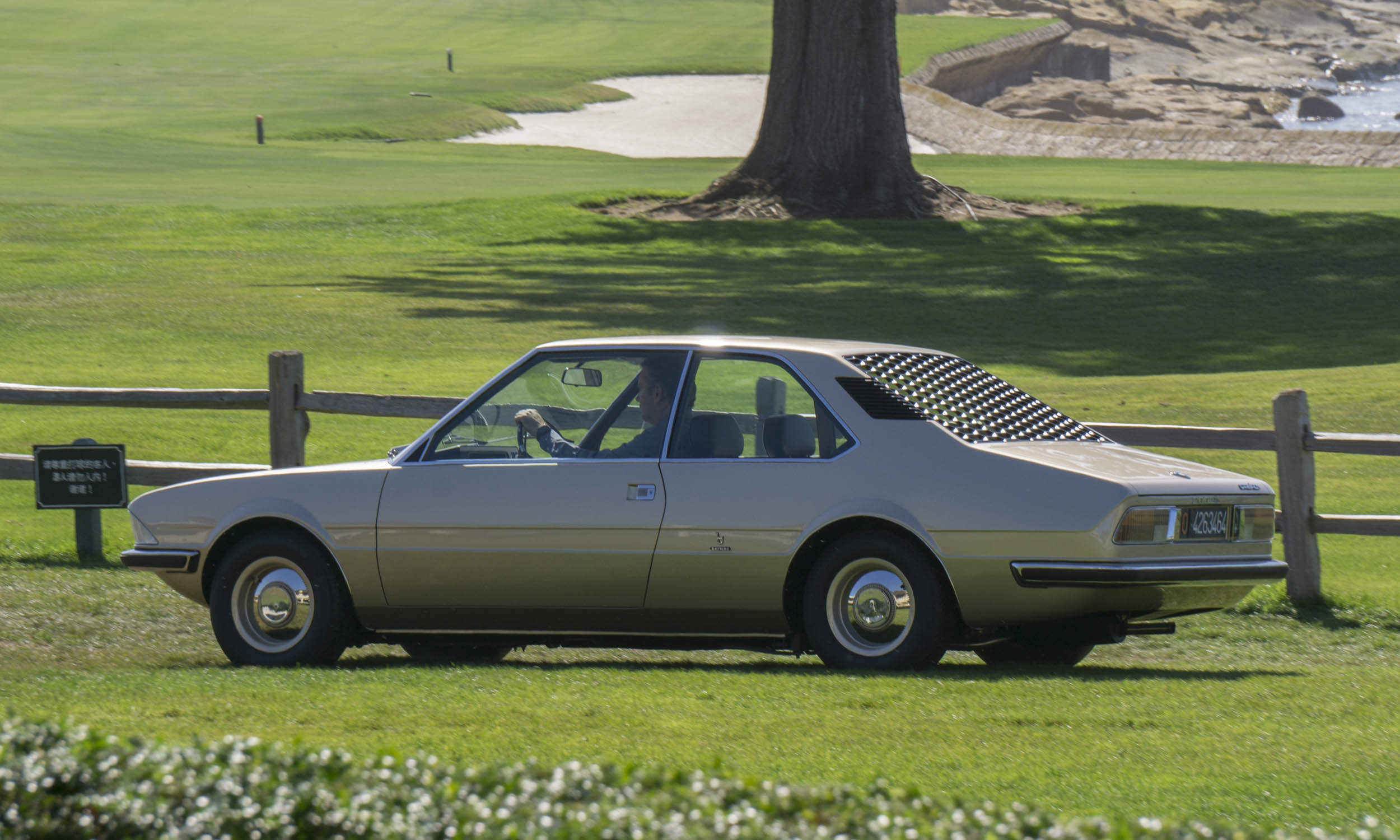 No Easy Task
The job of re-creating the Garmisch was no simple task. Few materials documenting the original concept exist, and the majority of the research was based on a small selection of period images, most of them only available in black and white. Gandini himself helped with the process, providing what he could from his memories of the original. “When I first heard that BMW wanted to recreate the BMW Garmisch, I was a bit surprised,” said Gandini of his first meeting with Adrian van Hooydonk. “Now I am very pleased that I was able to be part of this project and happy that BMW chose to recall this enjoyable past. Having seen the final car, it is hard for me to even distinguish it from the original,” Gandini noted. 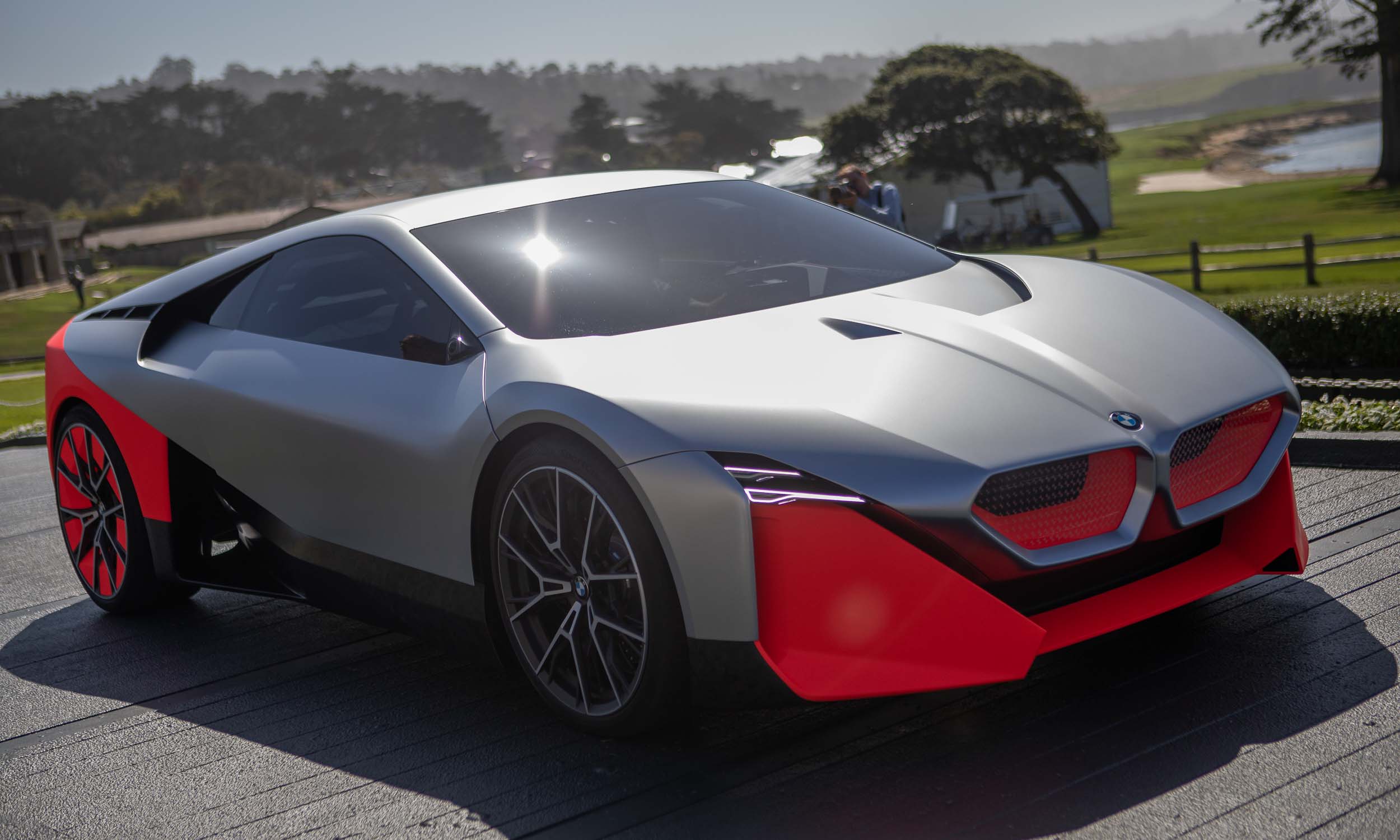 Future of Performance
Last fall BMW provided some insight into the company’s vision for future mobility with the iNEXT, which emphasizes connectivity and autonomous operation. For those who are concerned that humans won’t be piloting their own vehicles in the future, BMW may have put these fears to rest with its latest concept: the Vision M NEXT. The Vision M NEXT represents the German automaker’s vision to the future for those who enjoy the engagement of driving — something BMW’s M brand is all about. 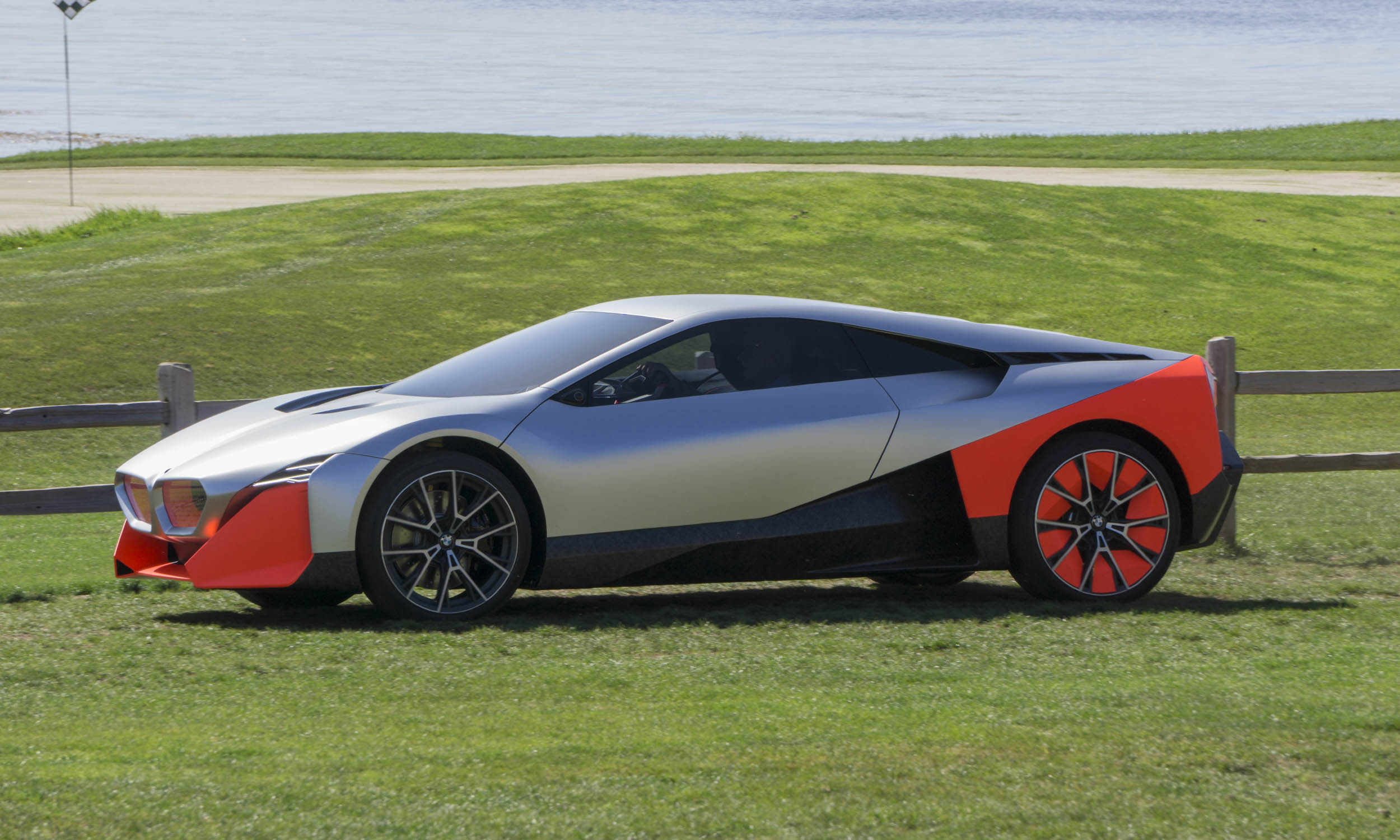 Sleek and Sexy
With clear influence from the current BMW i8, the Vision M NEXT concept features a low, wedge-shaped silhouette with gull-wing doors. At the front is a modern interpretation of the classic BMW kidney grille with headlights that make first use of Laser Wire light technology for a futuristic look. The Vision M NEXT features large air intakes that are further enhanced by matte-neon Thrilling Orange paint, which really stands out next to the Cast Silver paint. 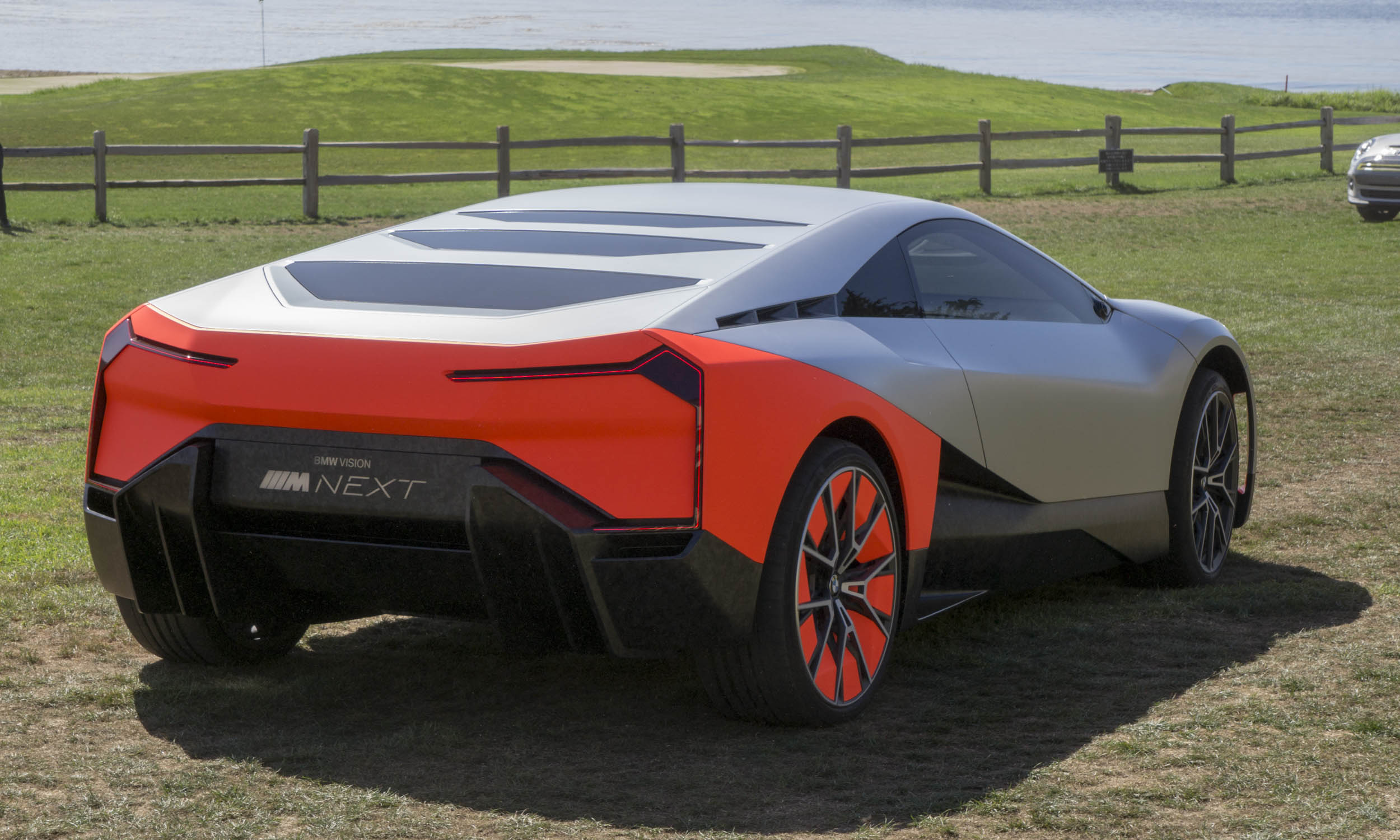 Unique Look
The BMW Vision M NEXT also has Laser Wire lights at the rear of the car, as well as a rear diffuser created from recycled carbon fiber. The louvers on the rear window are a nod to the iconic BMW M1. This combination, along with the unique lights, gives the M NEXT a wide, sporting look. 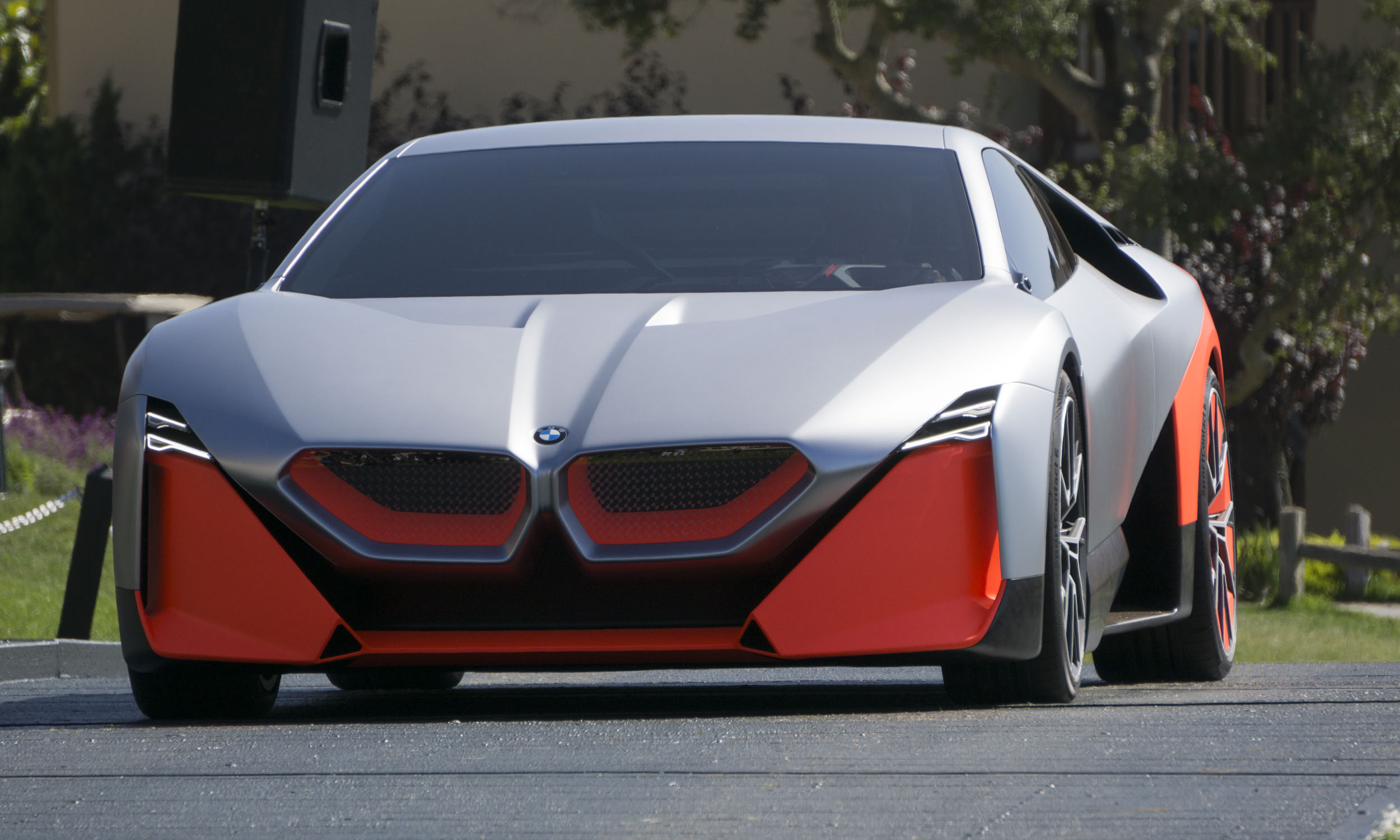 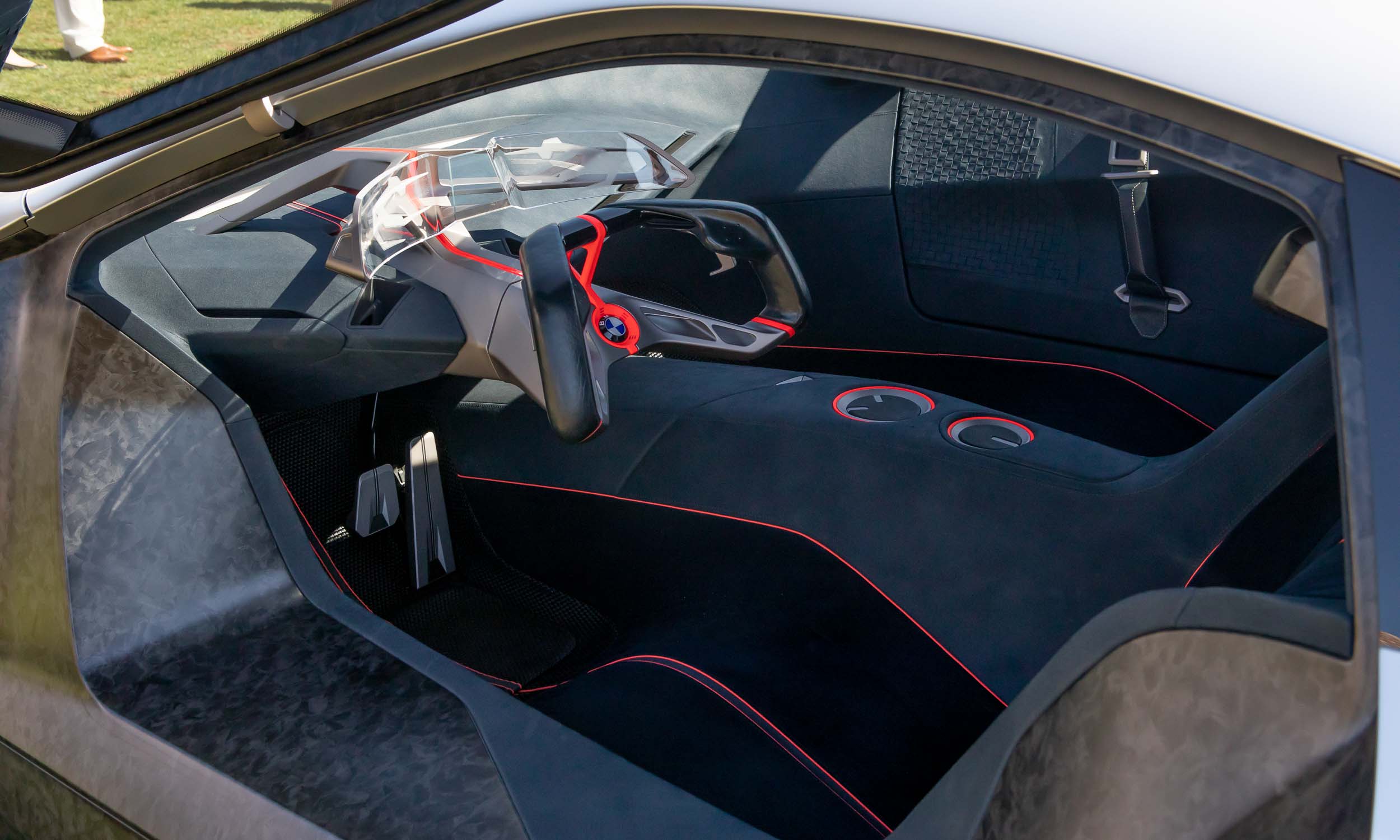 Purposeful Interior
As one would expect from a car for the future, the BMW Vision M Next unlocks automatically with facial recognition. The gullwing doors open with the touch of a button, revealing an interior designed for the driver. Seats appear to be completely integrated into the body of the car, upholstered with a foam that molds itself to the occupant for the ultimate in comfort and support. 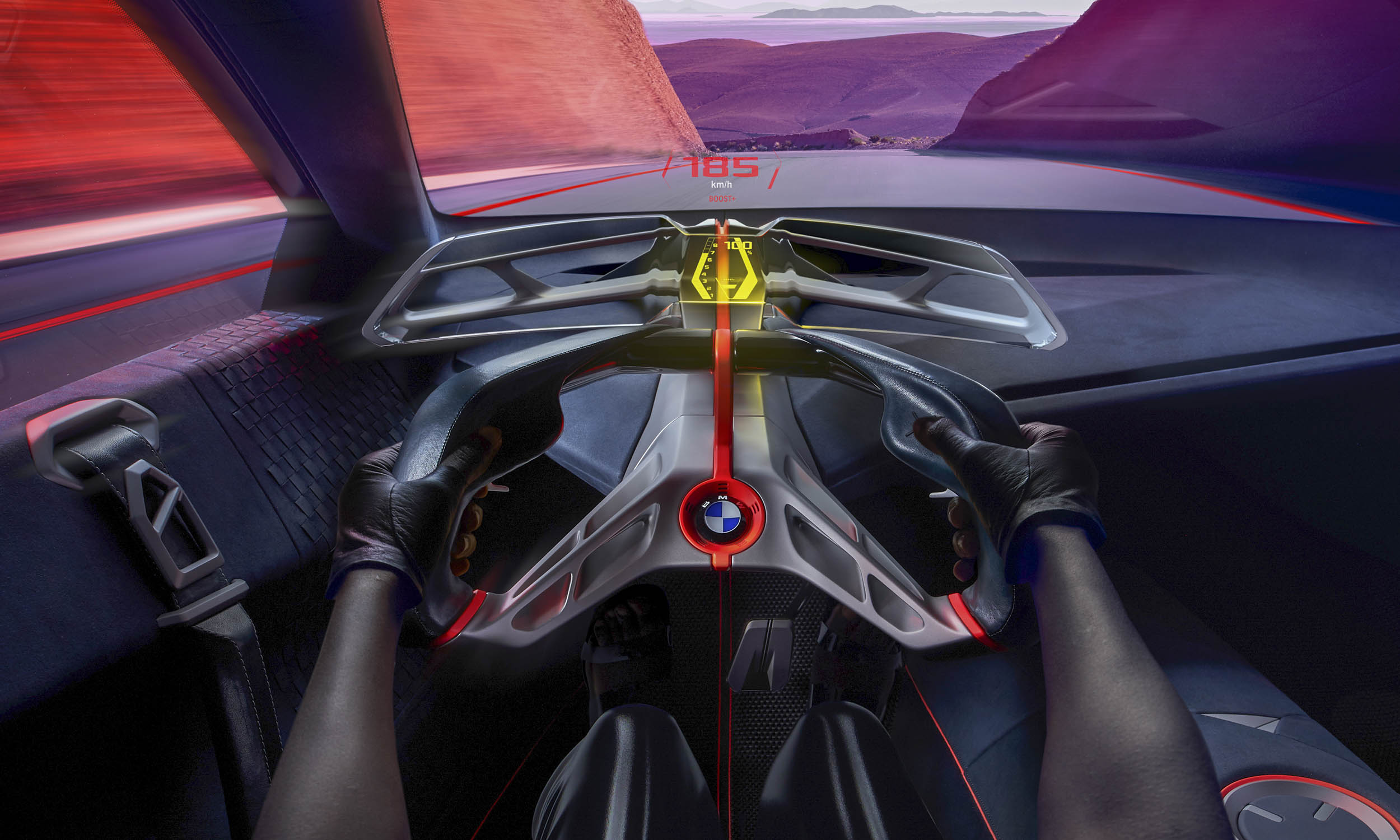 Advanced Display
Controls, displays and driver interaction are part of what BMW calls the BOOST Pod. “The entire interior is focused on the BOOST Pod. The geometry has a deliberately low-key feel so that the driver can concentrate fully on the driving experience,” further explained Dukec. A transparent Curved Glass Display stretches around the steering wheel like a visor, which is enhanced by a head-up display on the windshield. 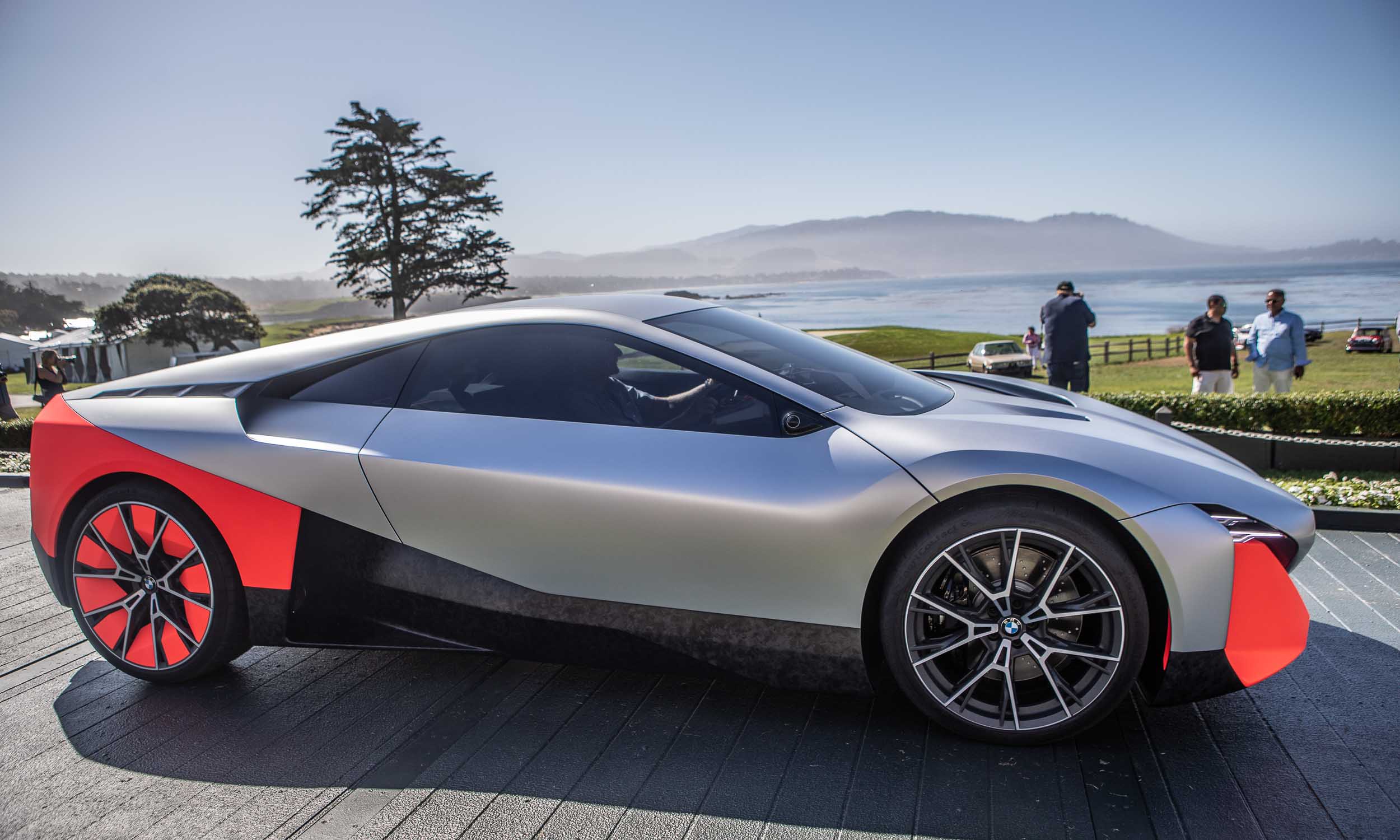 Powerful Hybrid Powertrain
Not only does the Vision M NEXT look and feel futuristic, it has a powertrain to match. The plug-in hybrid system uses an electric motor at each axle as well as a powerful turbocharged 4-cylinder engine. This advanced sports car can run as a pure electric vehicle with all-wheel drive or rear-wheel drive. The gasoline engine also sends power to the rear wheels; the system combines to produce 600 horsepower. Acceleration is quick: 62 mph (100 km/h) comes up in 3 seconds with a top speed of 186 mph. The Vision M NEXT also has an all-electric range of 62 miles. 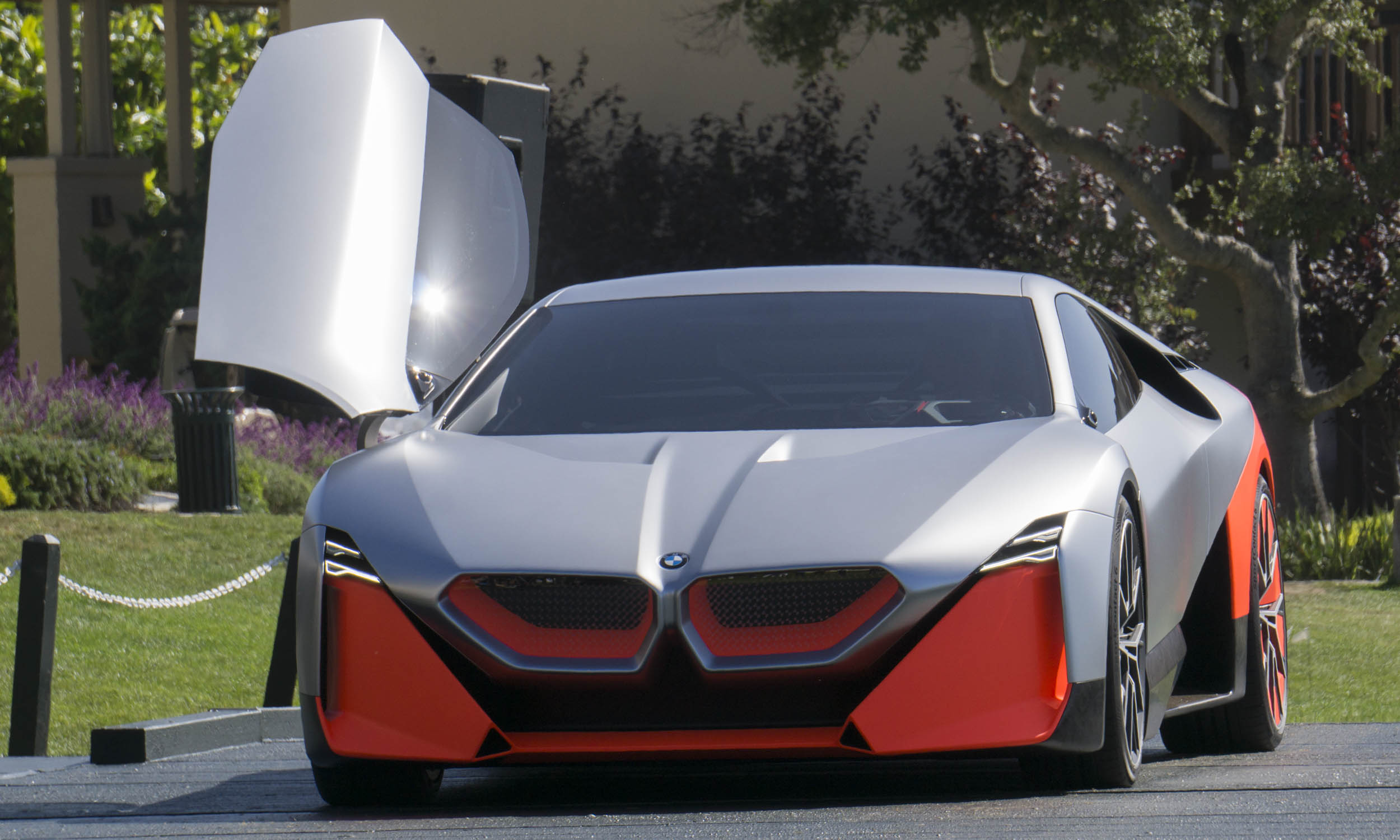 Driving the Future
Even though the BMW Vision M NEXT is merely a concept, it’s reassuring to see a car company of BMW’s caliber looking to the future with an exhilarating high-performance sports car, rather than a vehicle that humans will simply occupy while being autonomously transported around town.