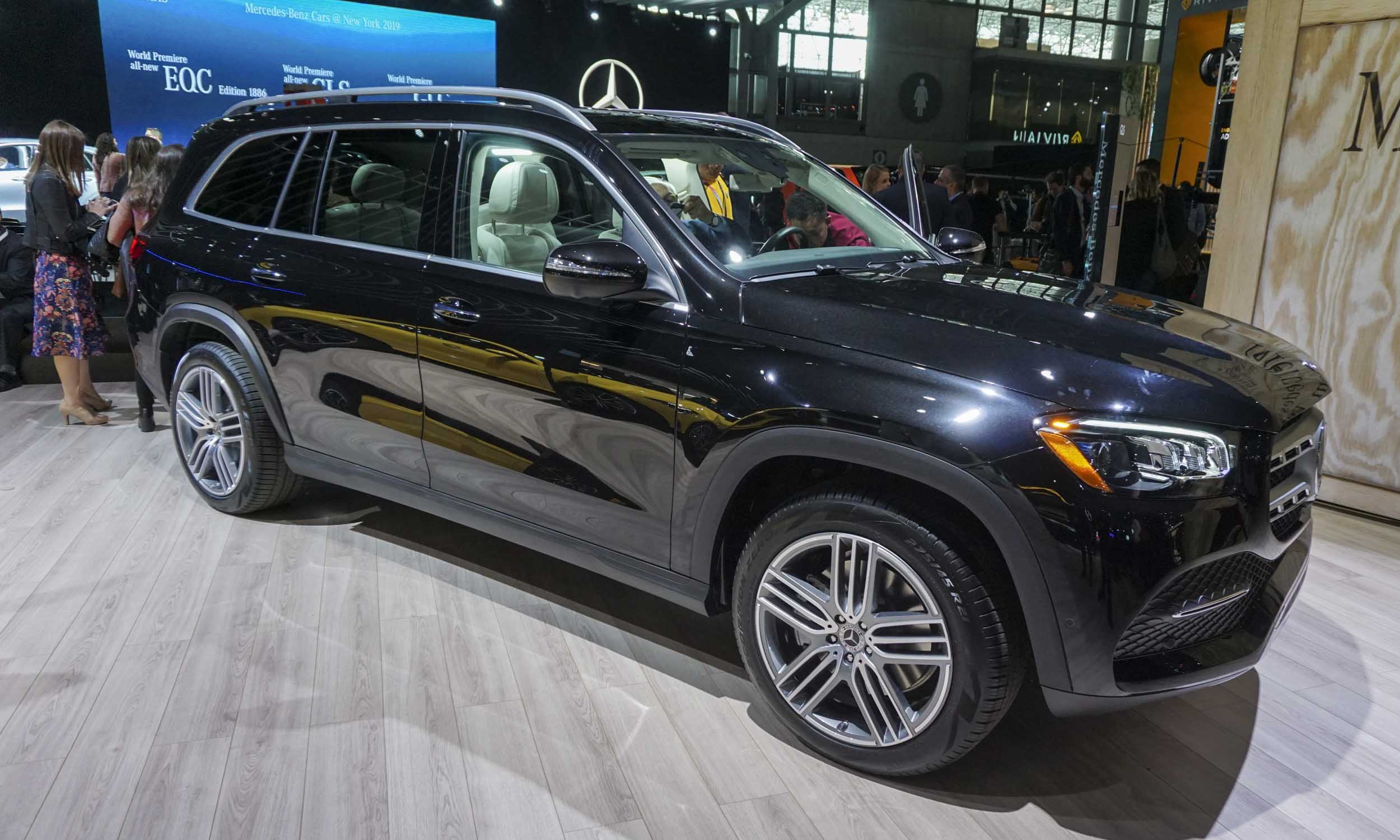 Flagship SUV
The pinnacle of the Mercedes-Benz SUV lineup, the GLS is the equivalent of the flagship S-Class sedan in SUV form — the most comfortable and luxurious Mercedes-Benz SUV to date. With the focus on more interior room and an even greater level of luxury, for the first time GLS offers a 6-seat version with individual second-row seats, two new engines with EQ Boost, available E-ACTIVE BODY CONTROL active suspension and more. 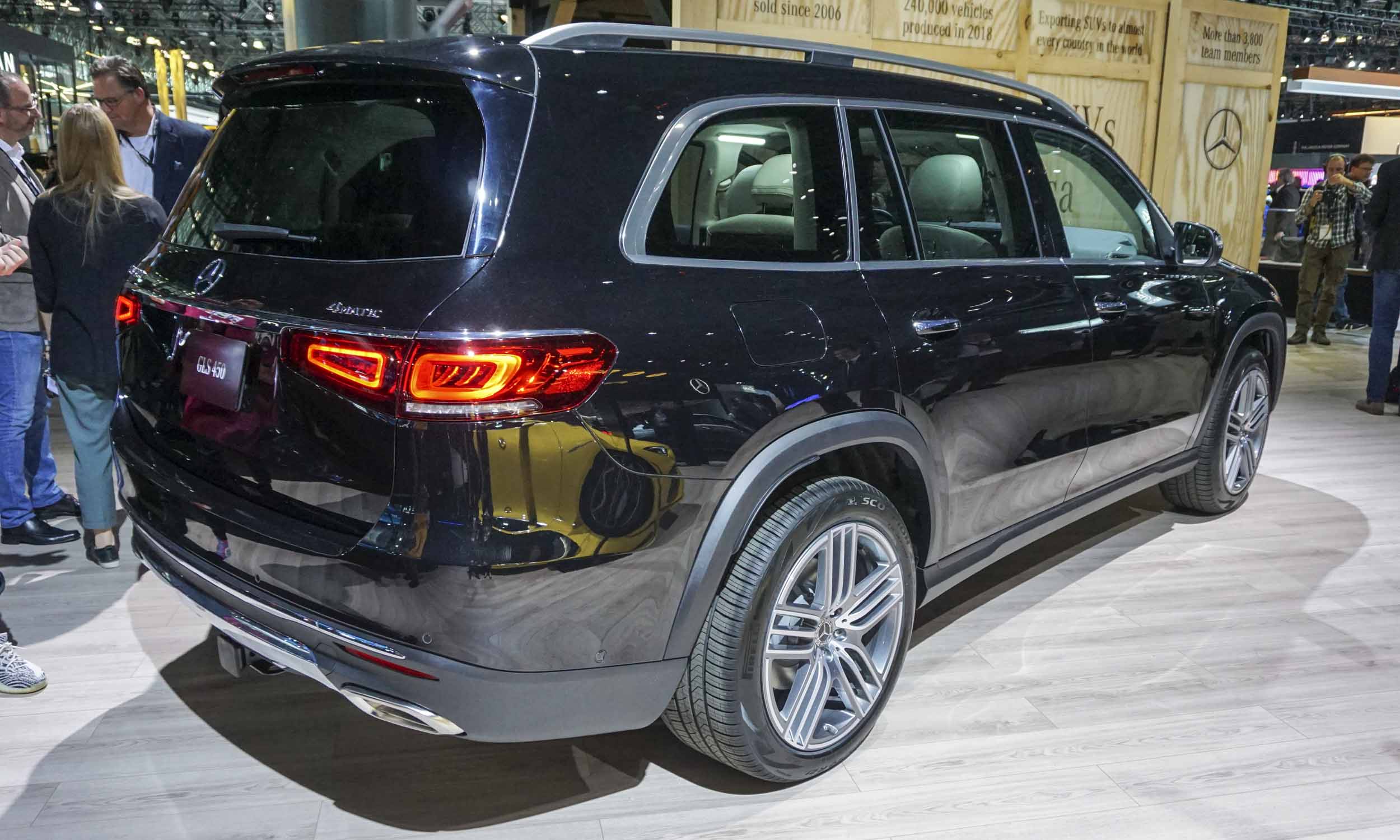 More Room
The new GLS is longer and wider than its predecessor, riding on a wheelbase that is 2.4 inches longer than the previous version, adding 3.4 inches of additional legroom for the second-row seats when positioned farthest to the rear. The standard seating includes a three-position second-row bench and two individual seats for the third row. All seats are power-adjustable and the second-row bench is split 60/40 with the adjustable backrest split 40/20/40. For the first time, a 6-passenger option is offered at no additional cost, adding individual seats with armrests for the second row. The second- and third-row seats can be stowed flat with the push of a button. 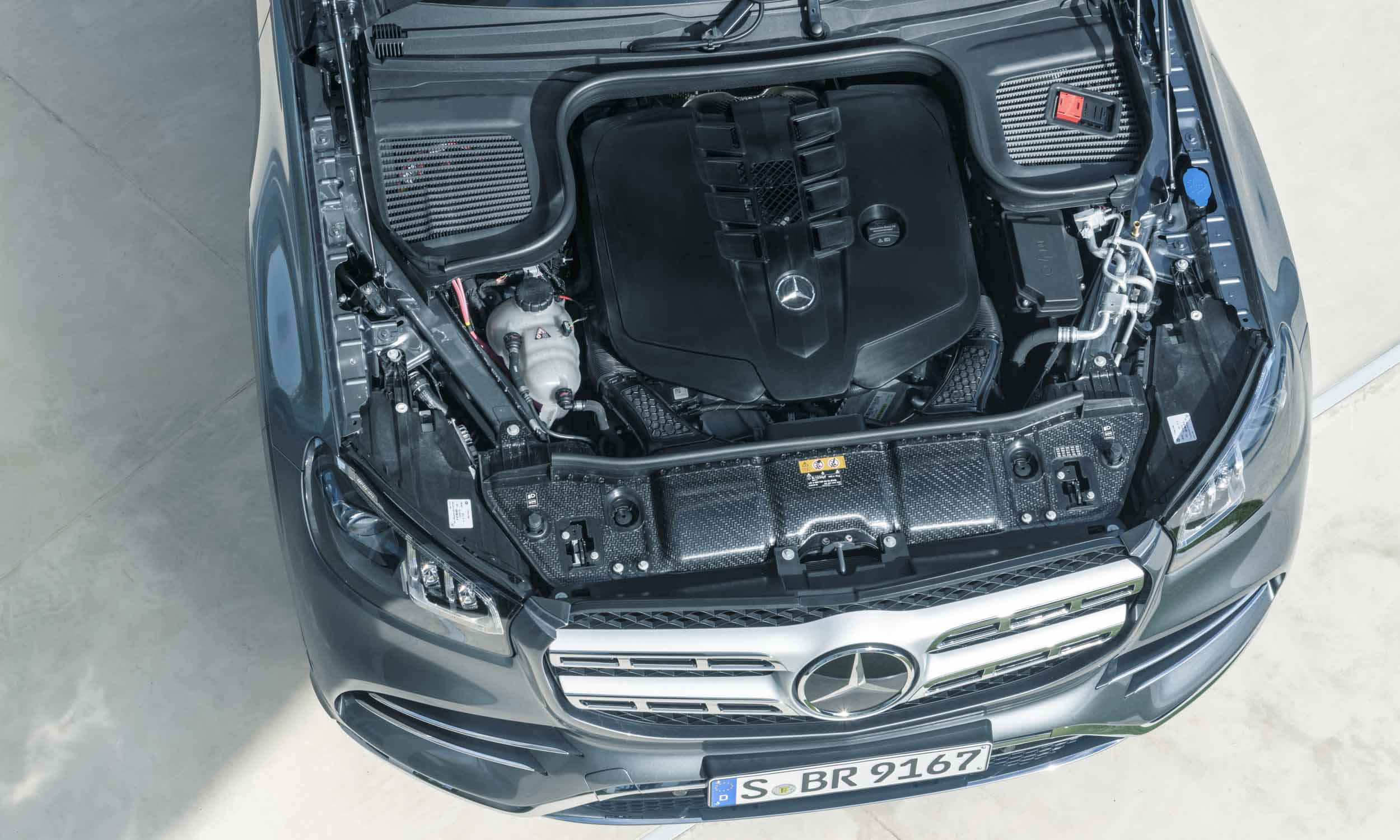 Two New Engines
The new Mercedes-Benz GLS will be offered in two version for the U.S. market: GLS 450 4MATIC and GLS 580 4MATIC, both powered by new engines with EQ Boost and 48-volt electrical systems. This is a world debut for the new engine powering the GLS 580 4MATIC — a 4.0-liter V8 biturbo that produces 483 horsepower and 516 lb-ft of torque with an Integrated starter generator. The integrated starter system assists the gasoline engine and can add up to 21 horsepower and 184 lb-ft of torque for short periods of time. The GLS 450 4MATIC is powered by a 3.0-liter turbocharged inline 6-cylinder engine that produces 362 horsepower and 369 lb-ft of torque, also assisted by EQ Boost. 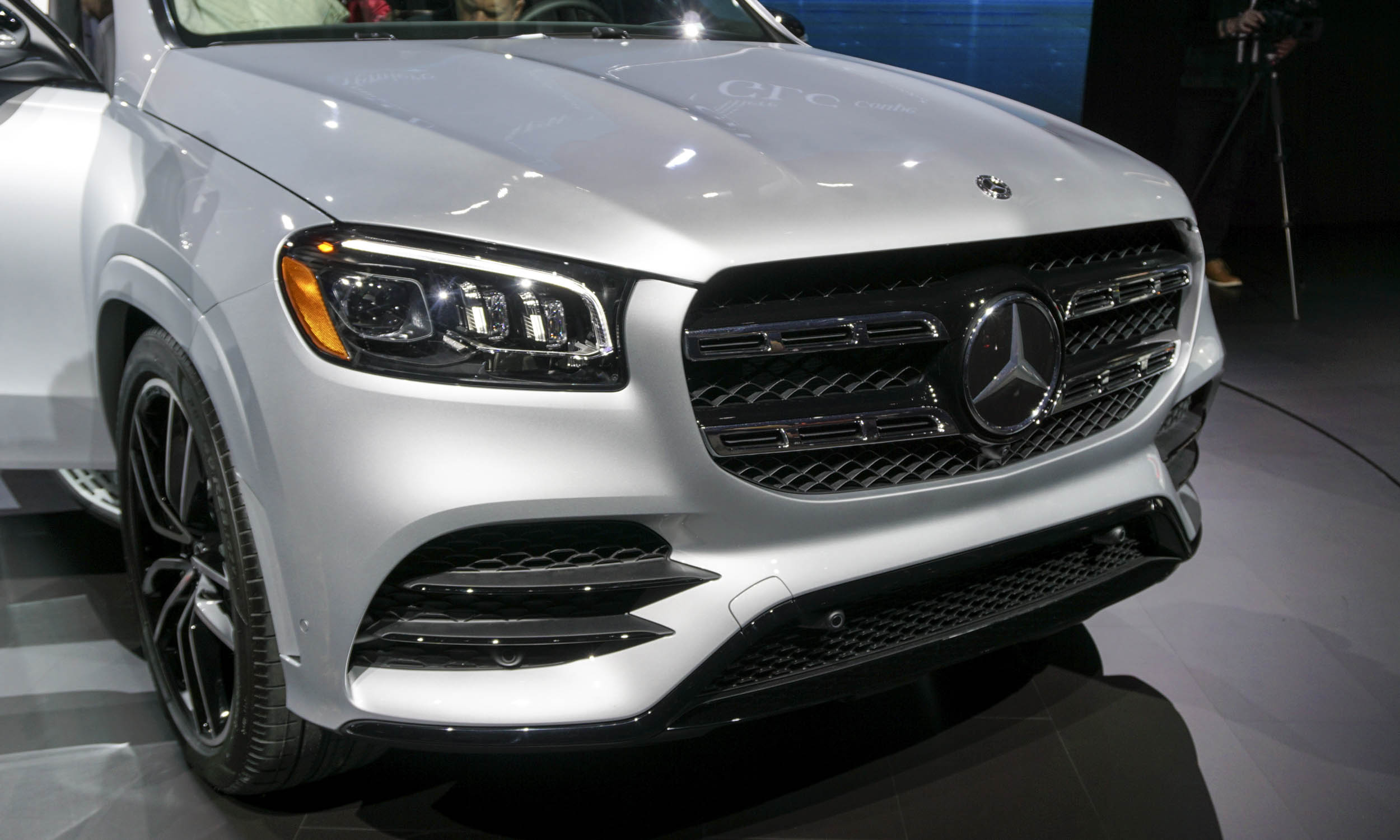 Exterior Design
The front-end design of the 2020 GLS is an evolution of the previous model, now falling in line as a larger version of the current design of the midsize GLE. The flat front end has an upright octagonal grille with two prominent horizontal elements, chrome accents below the bumper in the lower fascia and prominent outer air intakes. The GLS features standard MULTIBEAM LED headlights with 112 LEDs per headlight, as well as daytime running lights with three LED segments. 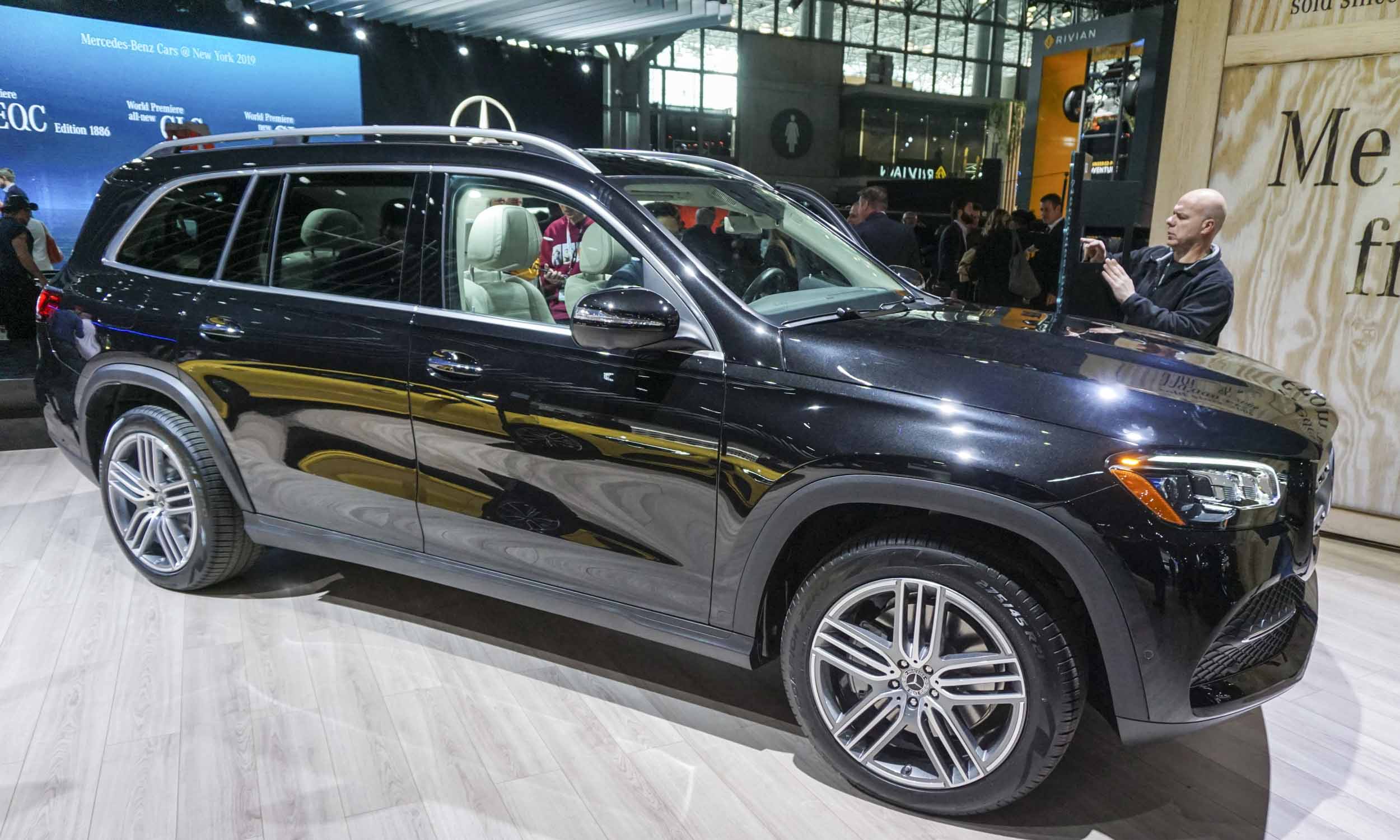 Big Wheels
From the side, the GLS has a strong shoulder line and prominent over-fender protection. At the rear are new two-piece LED taillights that are slimmer than the previous model and connected with a chrome strip. The panoramic roof is larger with a 50 percent greater viewing area and a large rear spoiler above the rear glass. The GLS 450 4MATIC receives standard 19-inch wheels with optional boots up to 22 inches, and standard 21-inch wheels for GLS 580 4MATIC with new optional 23-inch wheels. 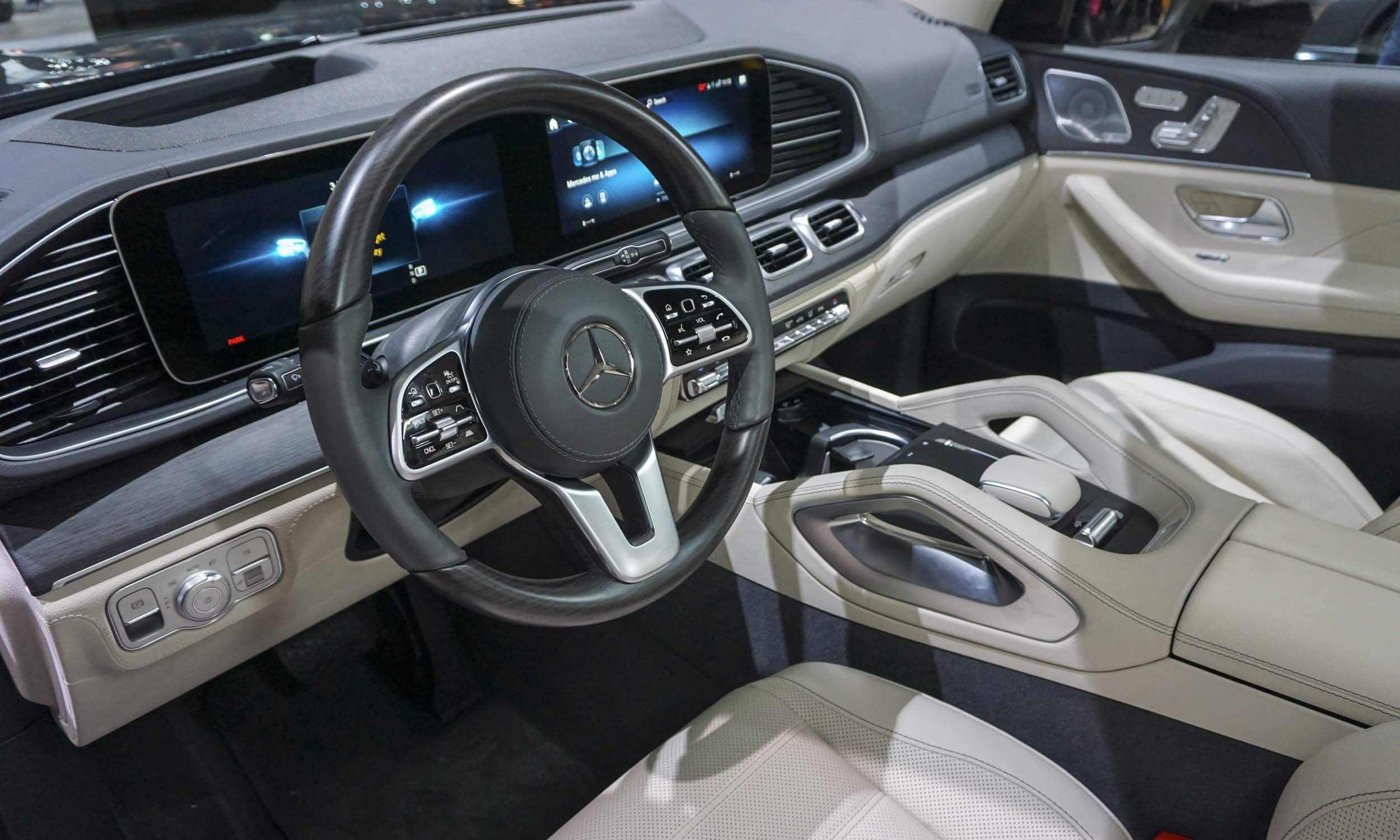 Interior Design
Inside, the new GLS features a dual widescreen display with 12.3-inch digital instrument cluster and a 12.3-inch touchscreen multimedia display, anew-generation steering wheel with touch control buttons and a new-generation touchpad in the tall, wide center console that has integrated grab handles. GLS is equipped with MBUX (Mercedes-Benz User Experience) to control the infotainment system and other vehicle controls. The available MBUX Assistant allows operation of different comfort and MBUX functions by movement recognition. 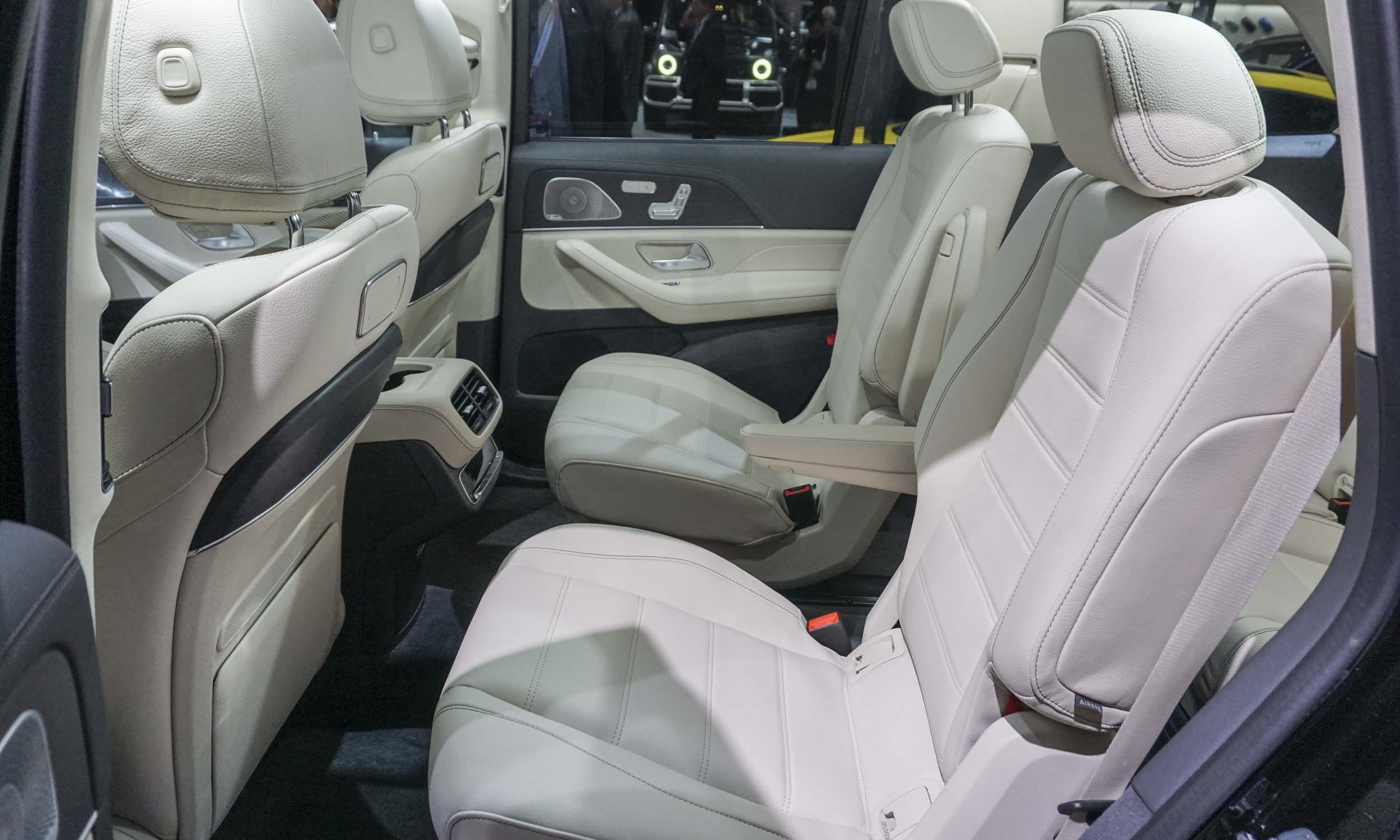 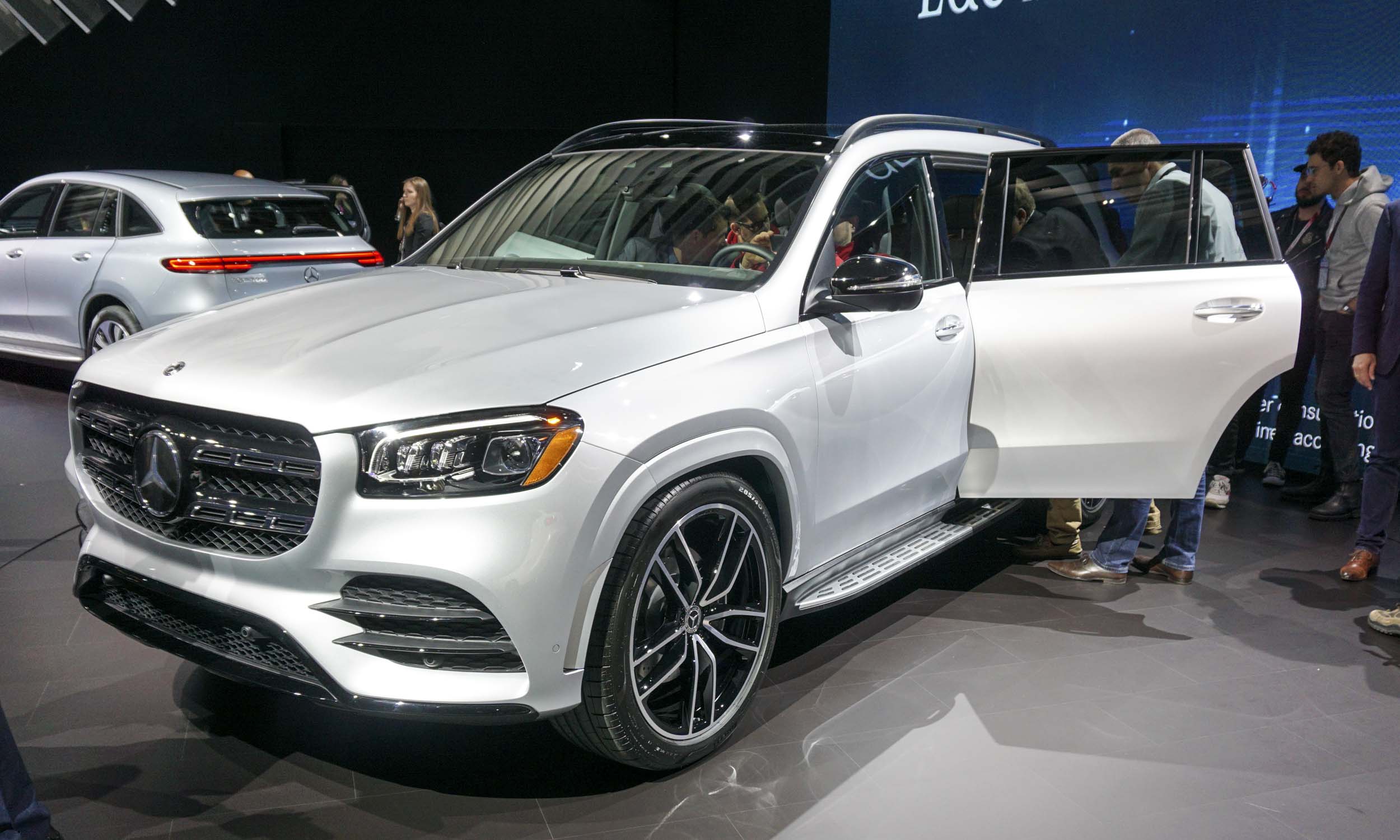 Suspension and All-Wheel Drive
The new GLS comes with enhanced AIRMATIC air suspension with Adaptive Damping System Plus as standard equipment, to adapt the damping characteristics to the road conditions and driving situation in real time. The optional E-ACTIVE BODY CONTROL suspension can individually control spring and damping forces at each wheel to counteract body control, pitch and squat. Also standard is 4MATIC variable all-wheel drive with an electronically-controlled center clutch that can transfer from zero to 100 percent of torque between the axles. A new option is a transfer case with a reduction gear for off-road driving. 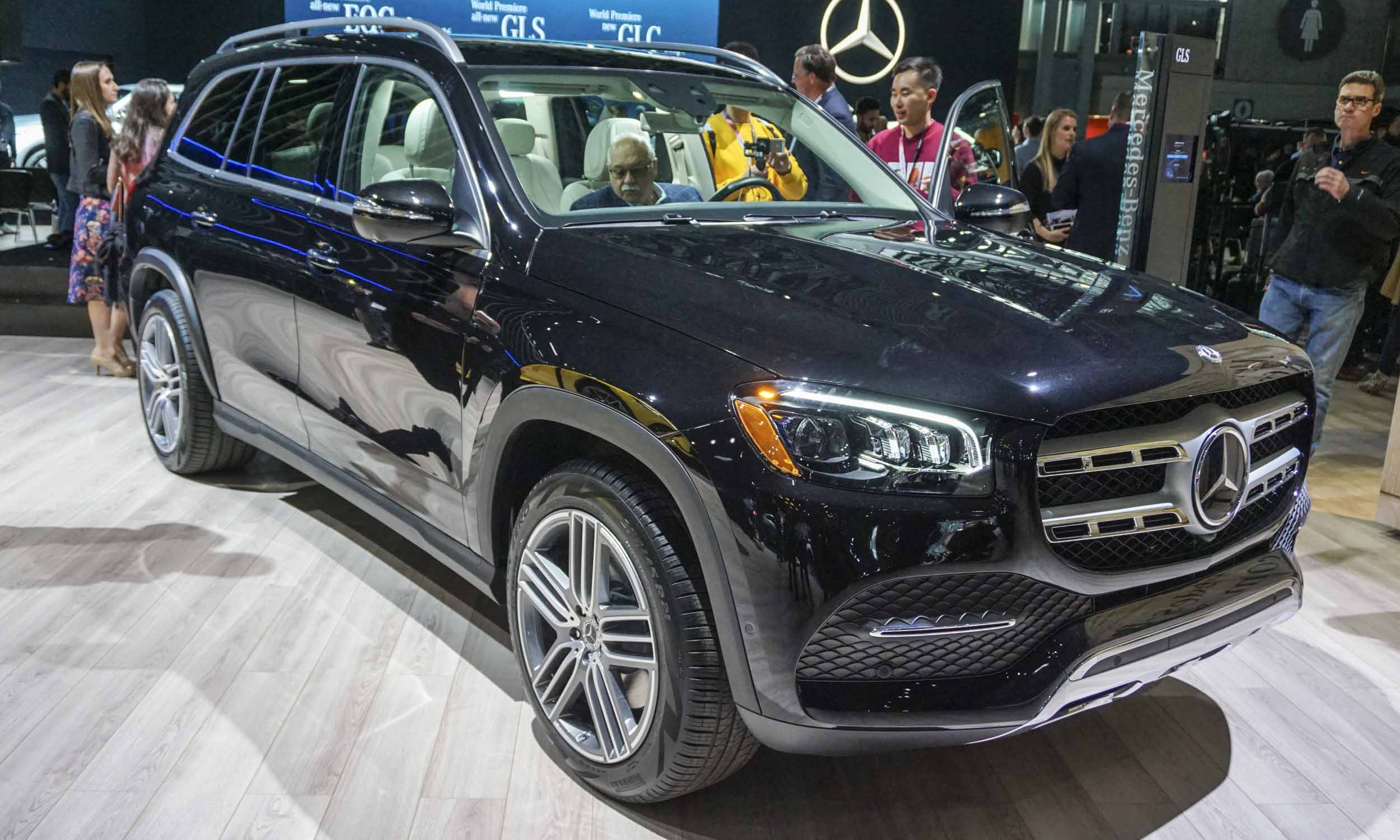 On Sale Date
Scheduled to arrive in U.S. dealerships by the end of 2019, the 2020 GLS pricing will be announced at a later date.