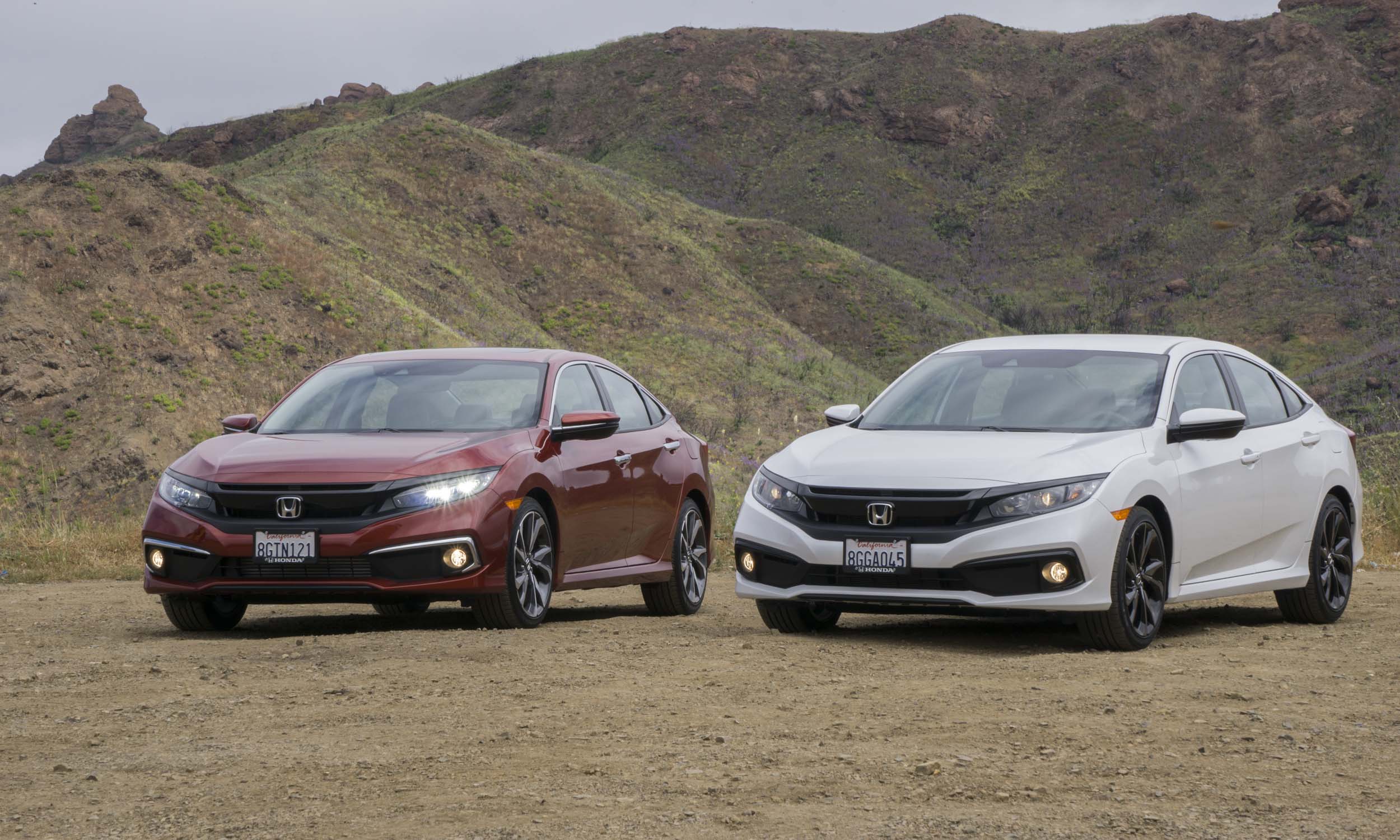 Long Live the Sedan
As passenger cars continue their sales decline while crossovers garner more customers, it may seem foolish for a car company to continue investing in new coupes and sedans. In fact, some major manufacturers have already begun phasing out passenger car offerings. Honda, on the other hand, remains committed to the passenger car, and for good reason — the Japanese automaker sold more than 325,000 Civics in America last year. The carmaker also views its pledge to the passenger car as an investment in the company’s future — according to Honda’s research, the majority of first-time vehicle buyers purchase a car, not a crossover. 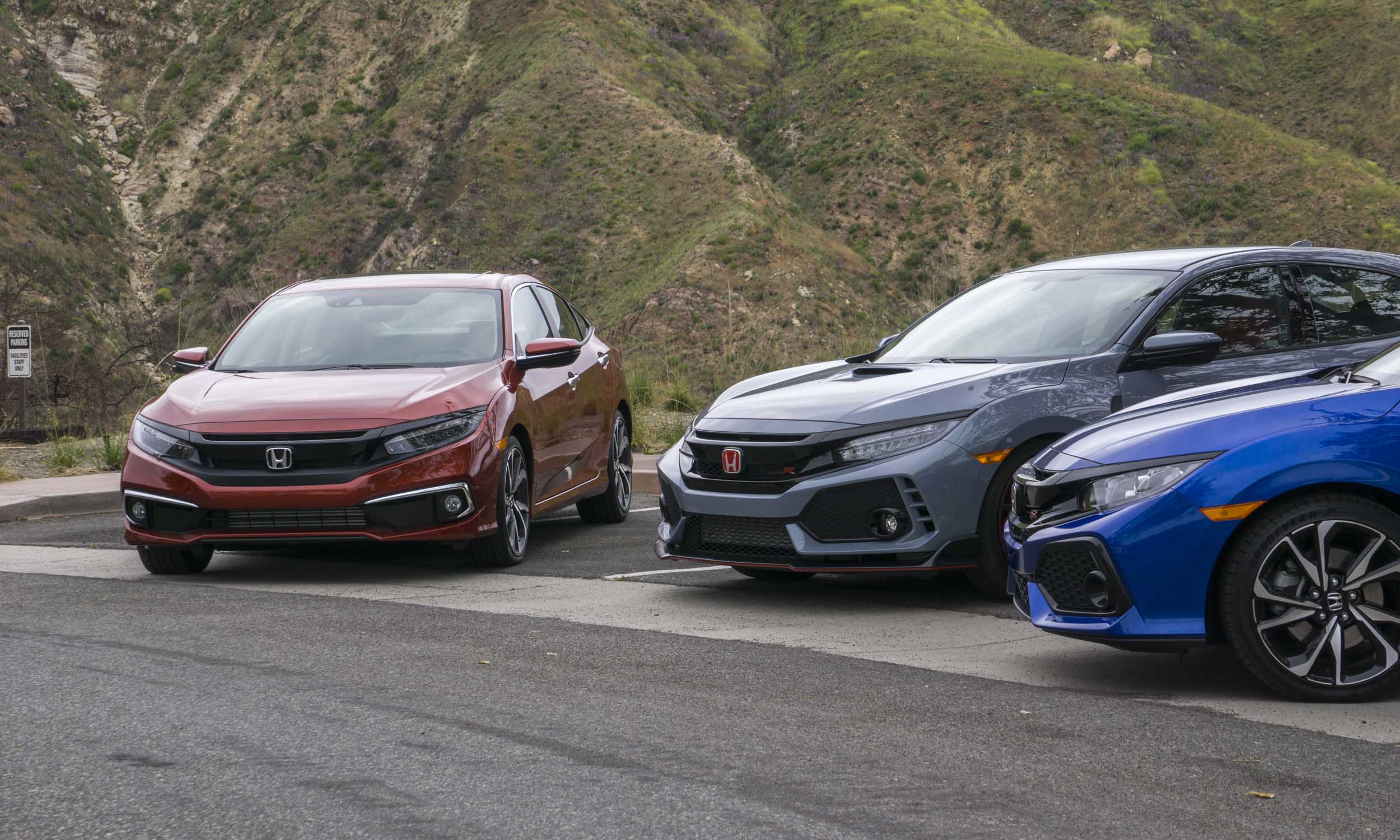 Major Updates
The all-new tenth-generation Civic was introduced in 2016, which represented a major change for the small car. Over the last few years Honda has enriched the lineup with sedan and coupe offerings as well as the sporty Si and high-performance Civic Type R variants. Three years later, Honda is making some major updates to the Civic with design changes, new features and the introduction of a new trim level, the Civic Sport. 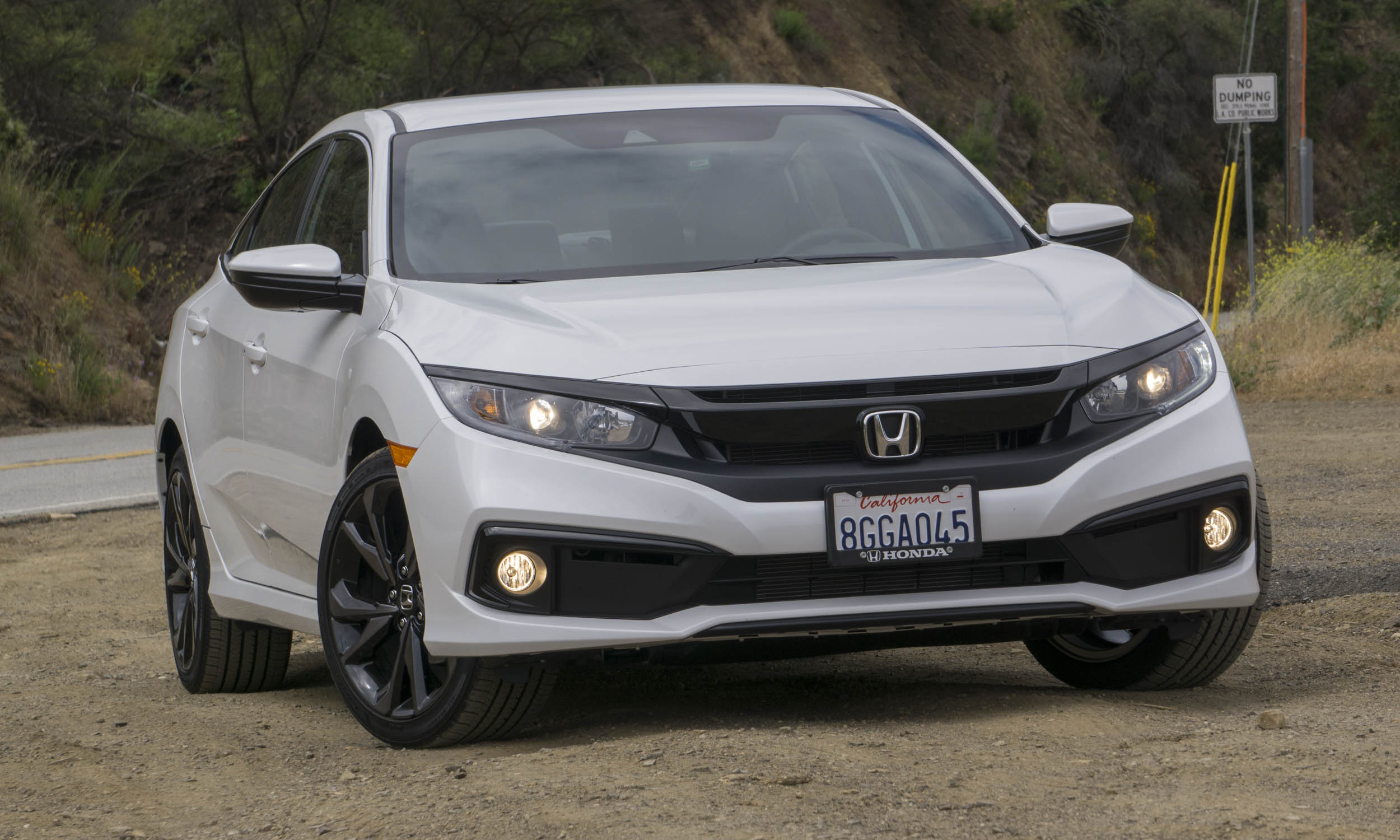 Civic Sport
The new Civic Sport is available as a sedan or coupe positioned between the current LX and EX trims. With a base price of $21,150 ($21,450 for the coupe), the Sport stands out from the rest of the Civic lineup with appropriately sporty treatment that includes fog lights trimmed in gloss black, a black-painted decklid spoiler, a center sport exhaust outlet styled after the Civic Si and unique 18-inch wheels. 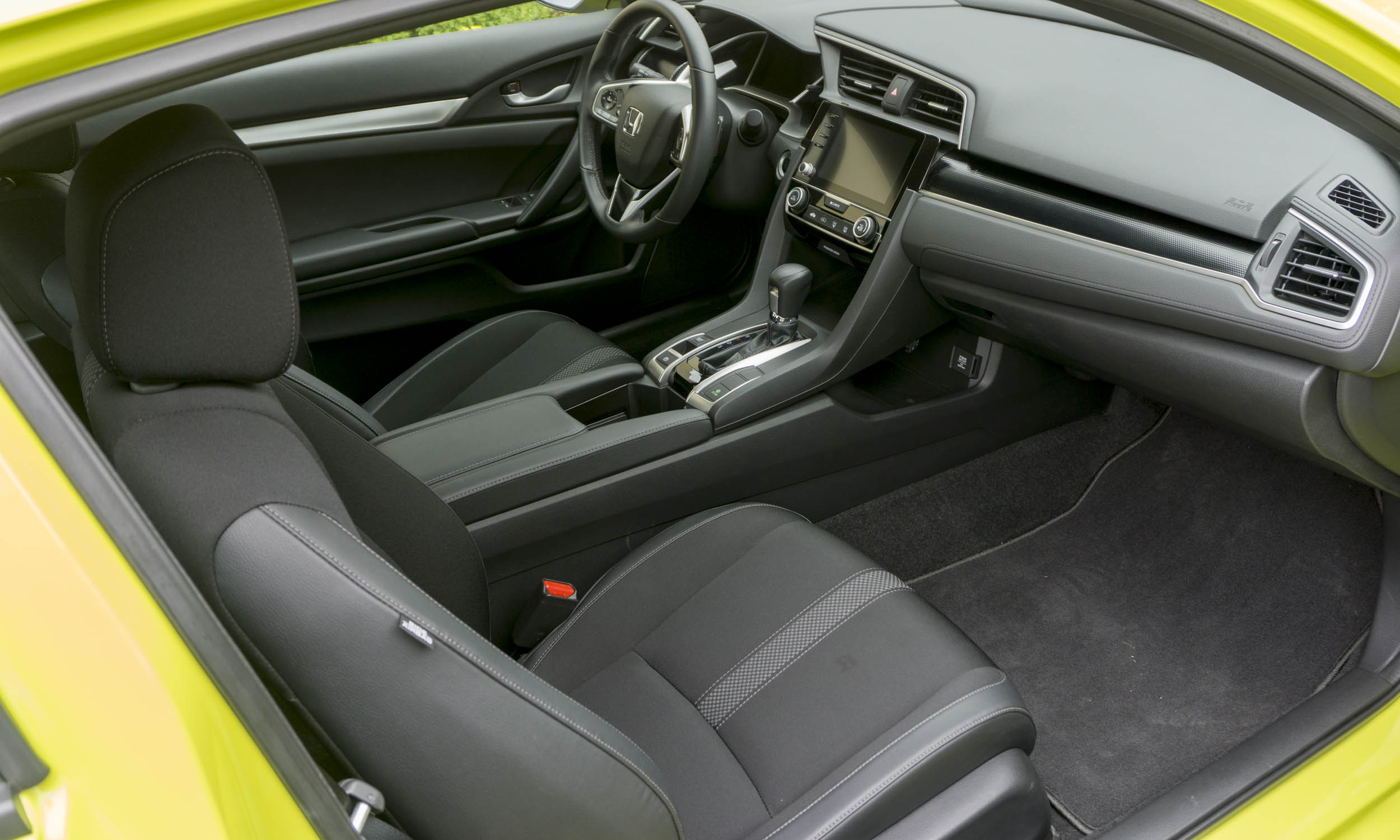 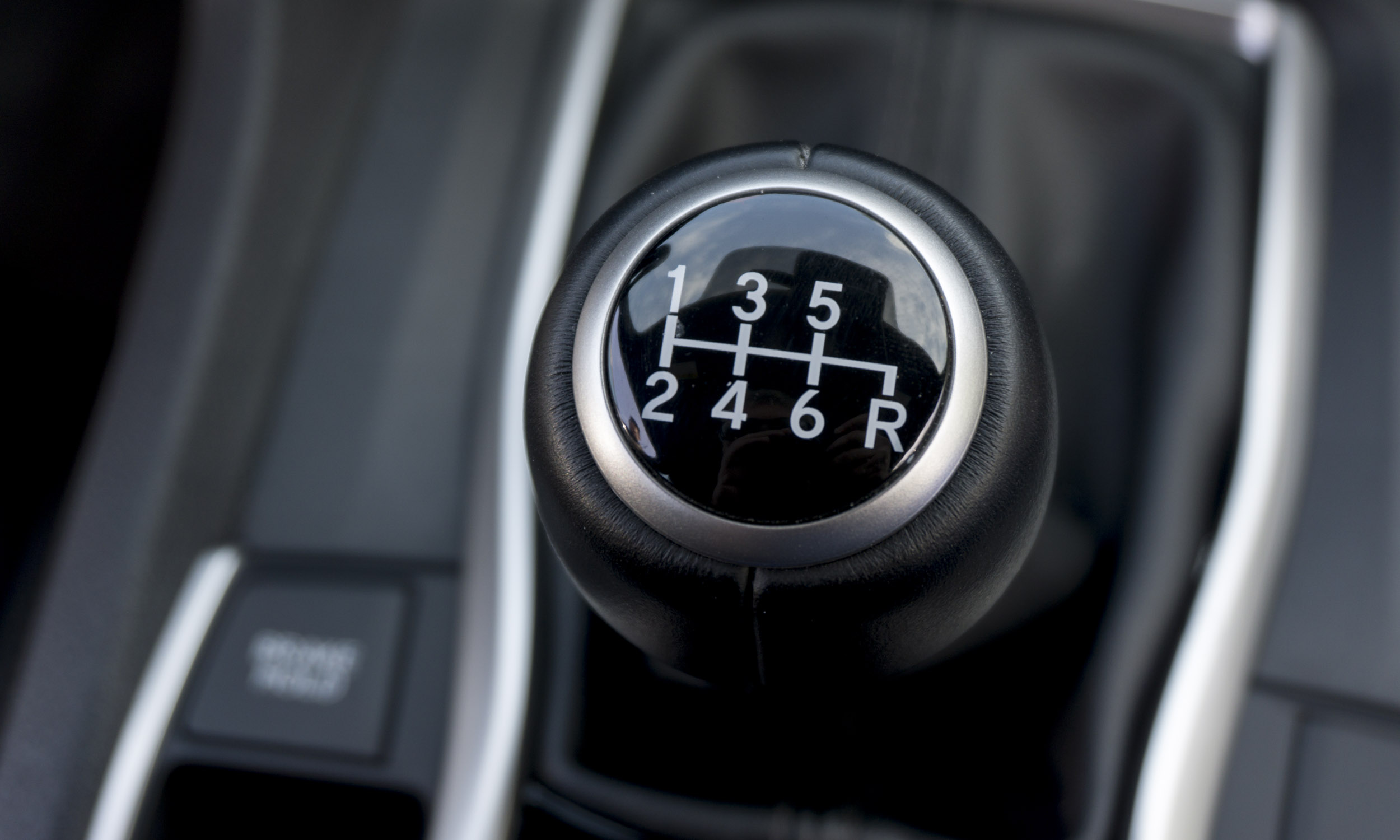 Available Manual
The Civic Sport doesn’t have the turbocharged engine found in higher trim levels. Under the hood resides a 2.0-liter 4-cylinder engine producing 158 horsepower and 138 lb-ft of torque. But the Sport is available with a 6-speed manual gearbox; Honda estimates about 6 percent of buyers will opt for the manual. Kudos to Honda for keeping this engaging option even with this low take-rate. 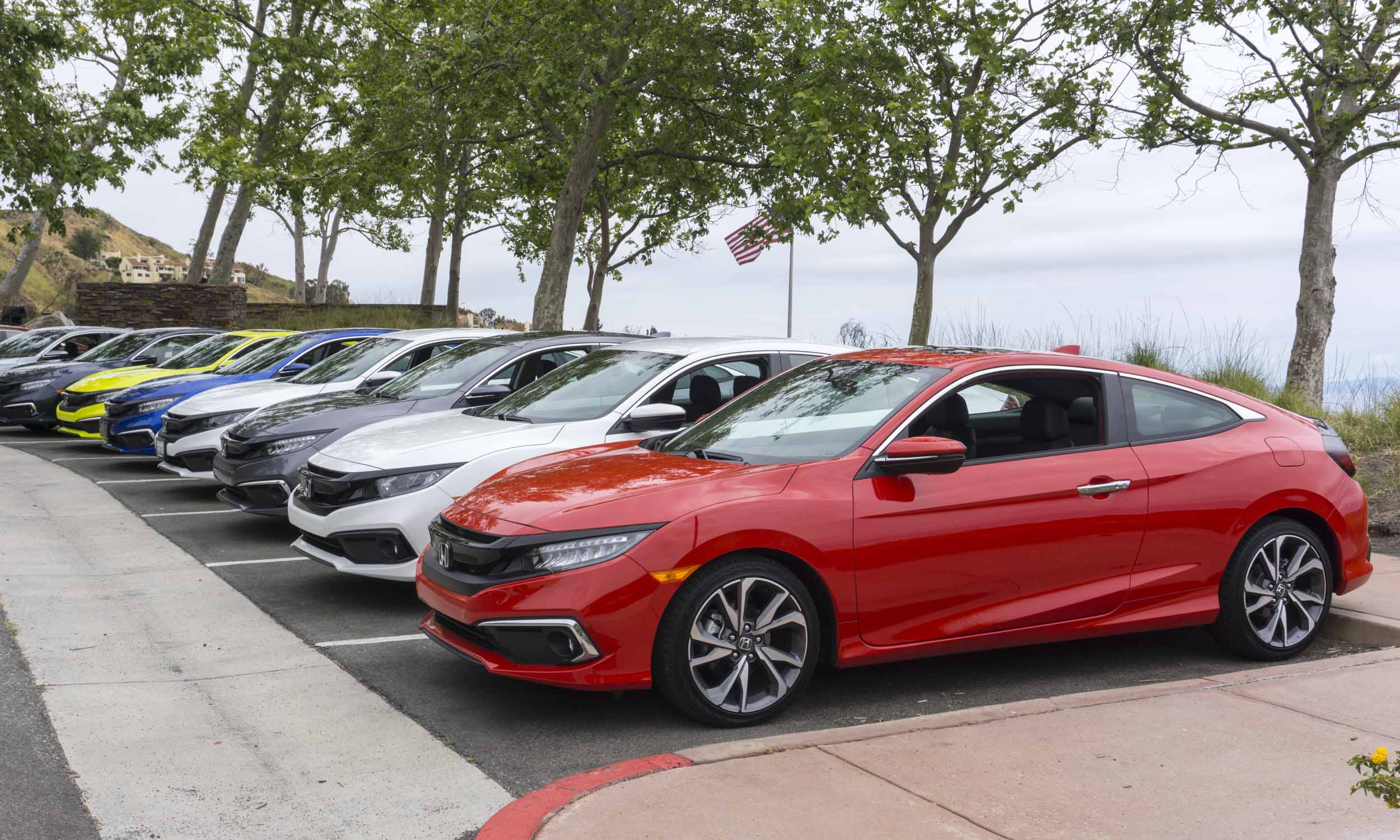 Styling Updates for 2019
Honda designers managed to give the Civic a wider, more premium look without making any major changes to the sheet metal. Up front, the signature wing in the grille gets changed from chrome to gloss black — giving the impression of wider spacing between the headlights — further enhanced by the blackout headlight treatment and restyled lower bumper. The bezels around the fog lights are now accented in chrome for a more premium look. In addition, the LED headlights on the Civic Touring have been upgraded with a new design. 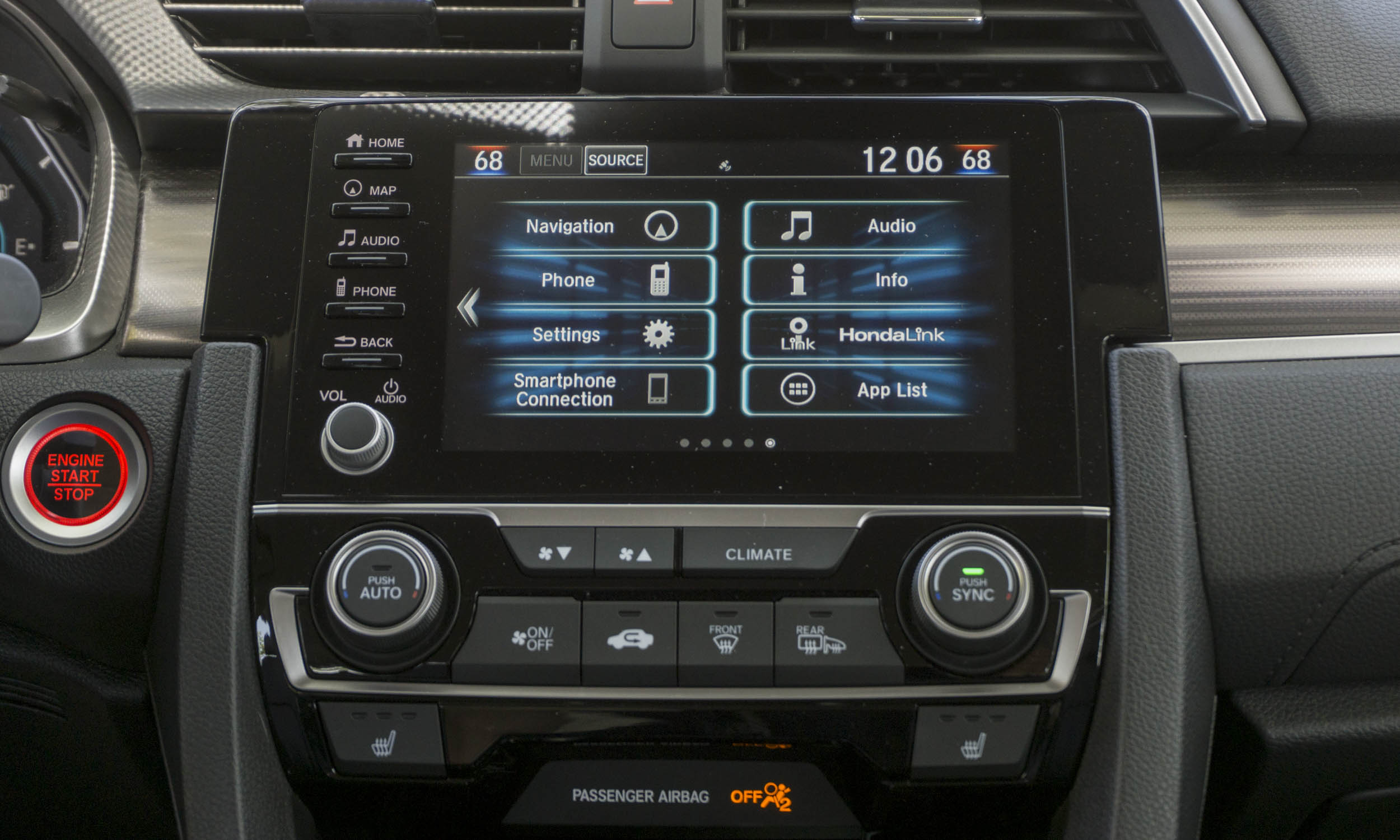 More Improvements
Further interior improvements include redesigned steering wheel controls and larger cupholders. But arguably the most important upgrade is the simple return to a volume knob as well as physical buttons for key functions such as map, audio and phone. If only the tuning knob would make a comeback. Improvements such as additional sound insulation cannot be seen but will certainly improve the overall experience. 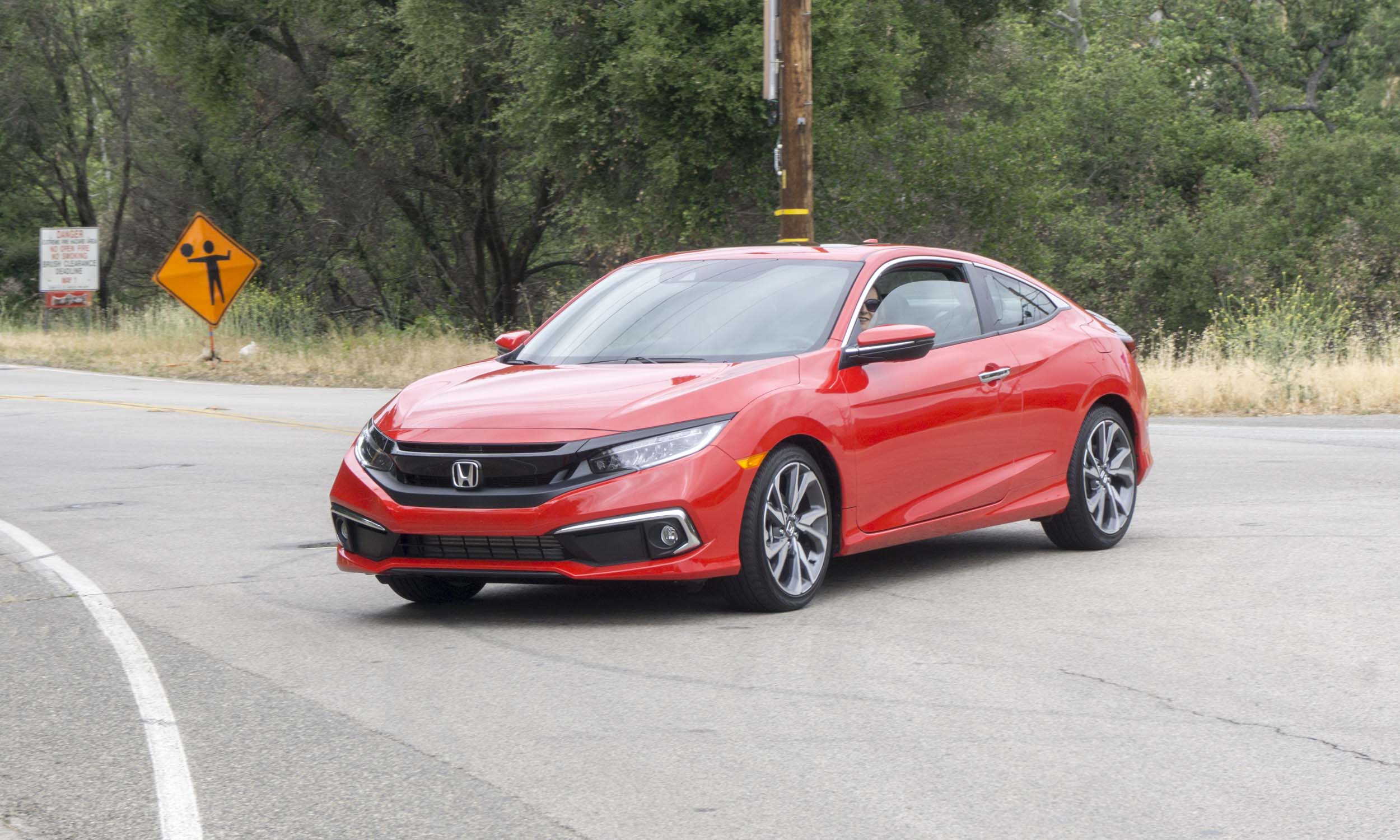 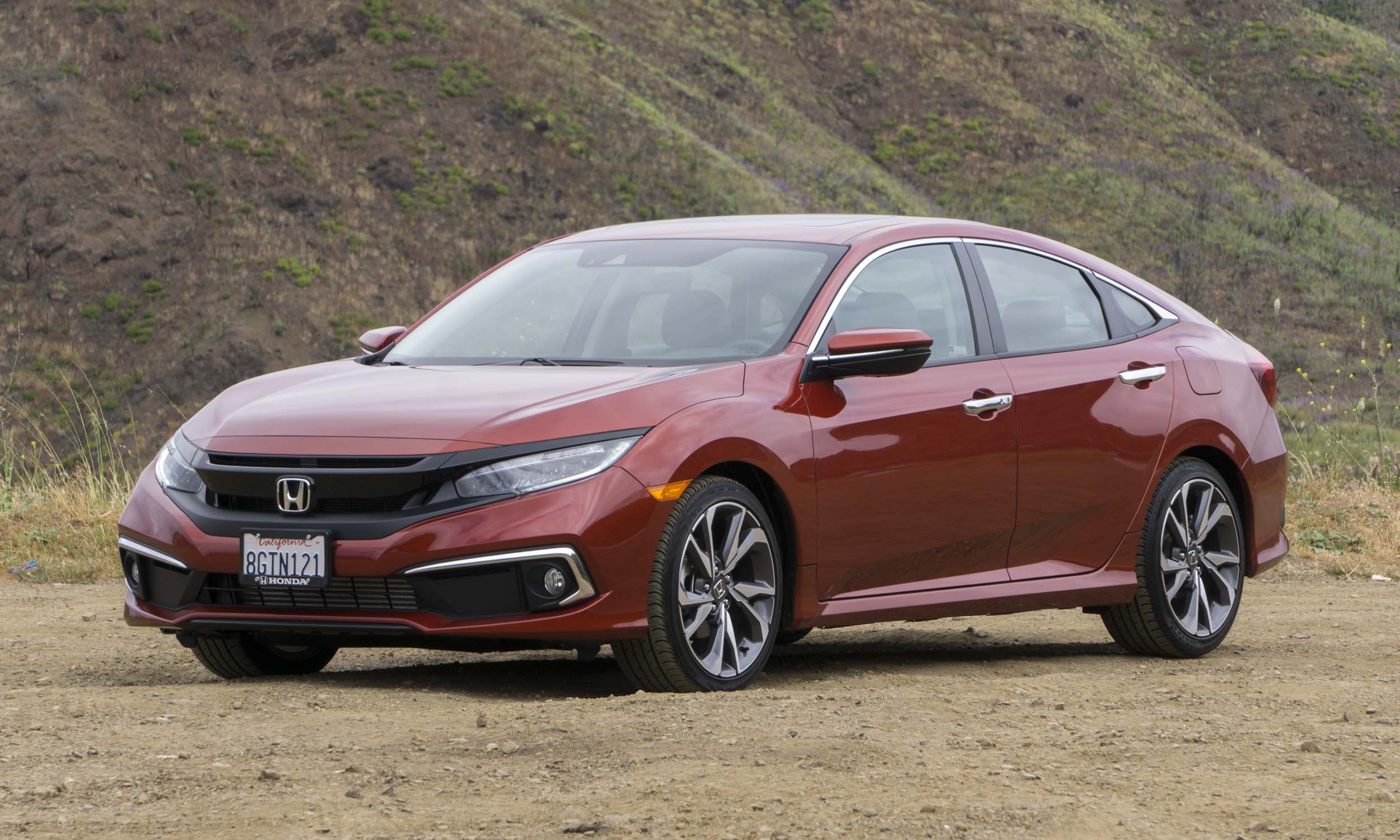 Driving the Civic Touring
Our test car was the top-level Civic Touring Sedan (priced at $27,300), which meant it was fully loaded with leather trim, heated front and rear seats, the larger display screen and a 450-watt premium audio system with 10 speakers. And now a volume knob. 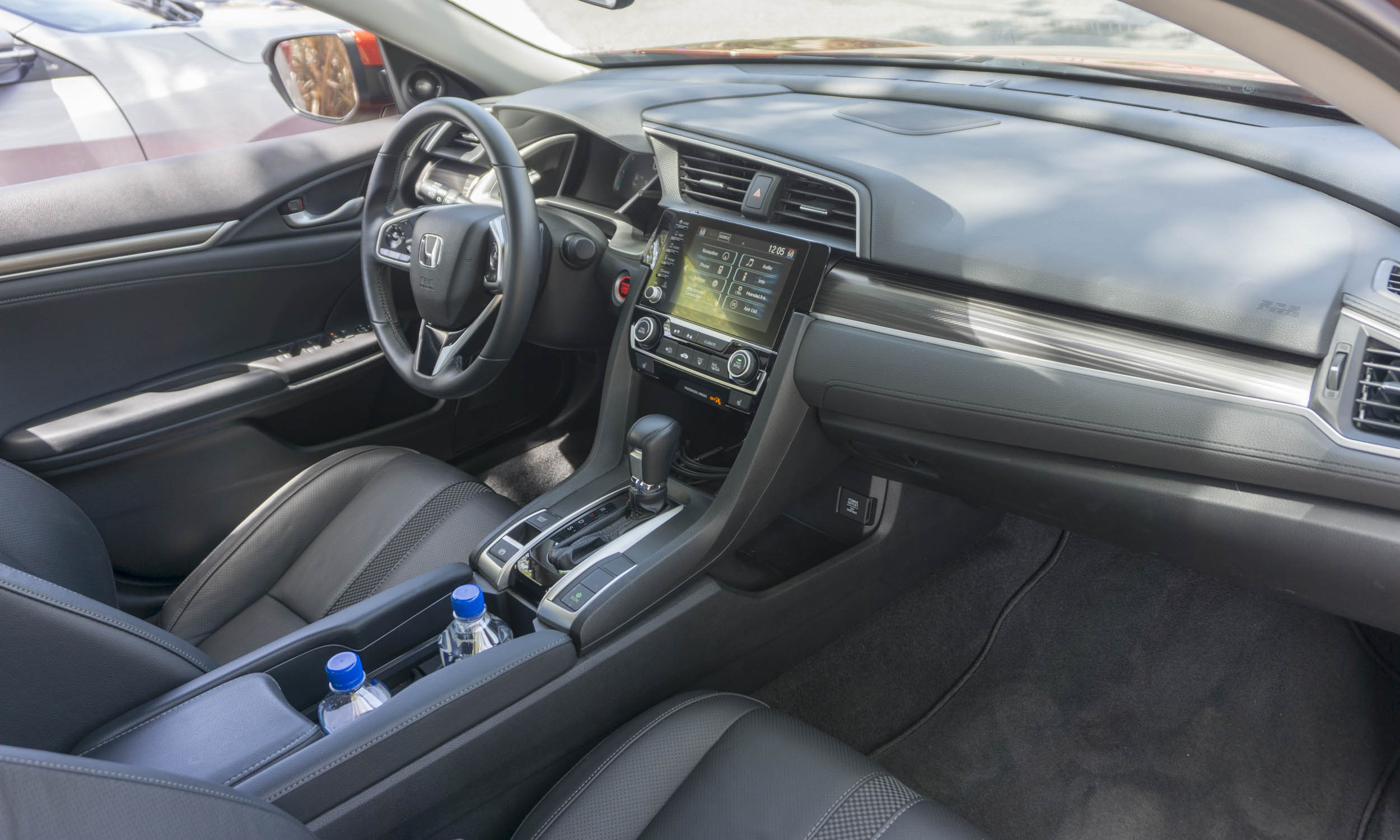 Impressive Package
It had been a while since our last experience with the Civic, and it didn’t take long to remember why this car is such a hot seller. The interior is impressively spacious for such a small car — even the back seat has plenty of legroom. Seats are supportive and comfortable, and the center console has a decent amount of storage for phones or other electronic devices. Updates to controls around the display screen are certainly welcome changes, making access to regularly-used features much easier. 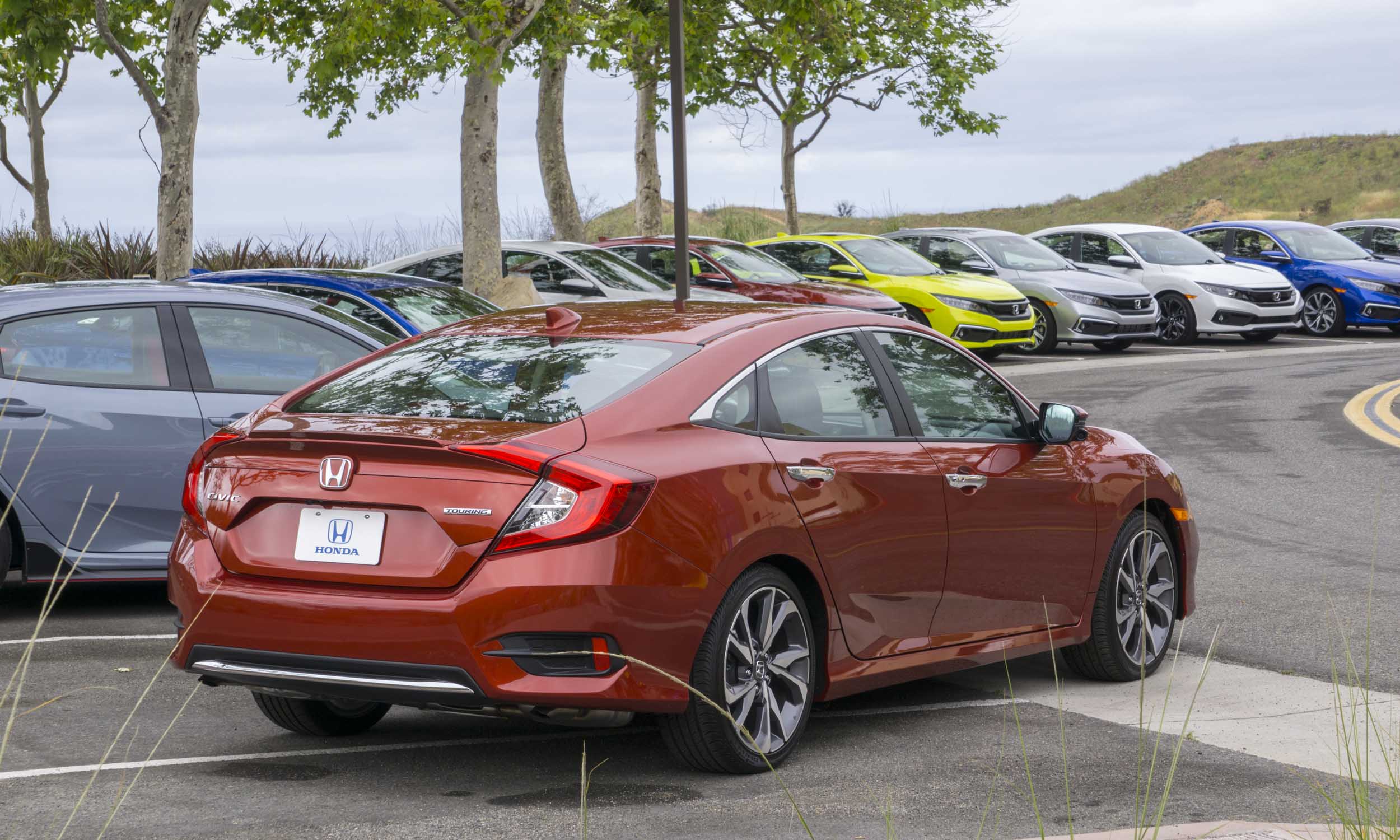 Turbo Engine
The Civic Touring comes with Honda’s turbocharged 1.4-liter engine that produces 174 horsepower and 162 lb-ft of torque — more than enough to give this small car a sporty feel. While we’re not typically fans of CVTs, Honda’s continuously variable transmission works quite well with turbo engine. On winding roads in Southern California the Civic was fun to drive — more fun than anticipated. At the same time, the car is quiet and delivers excellent fuel economy. In our short drive — which included some spirited driving on hilly roads — the Civic averaged just under 30 mpg. 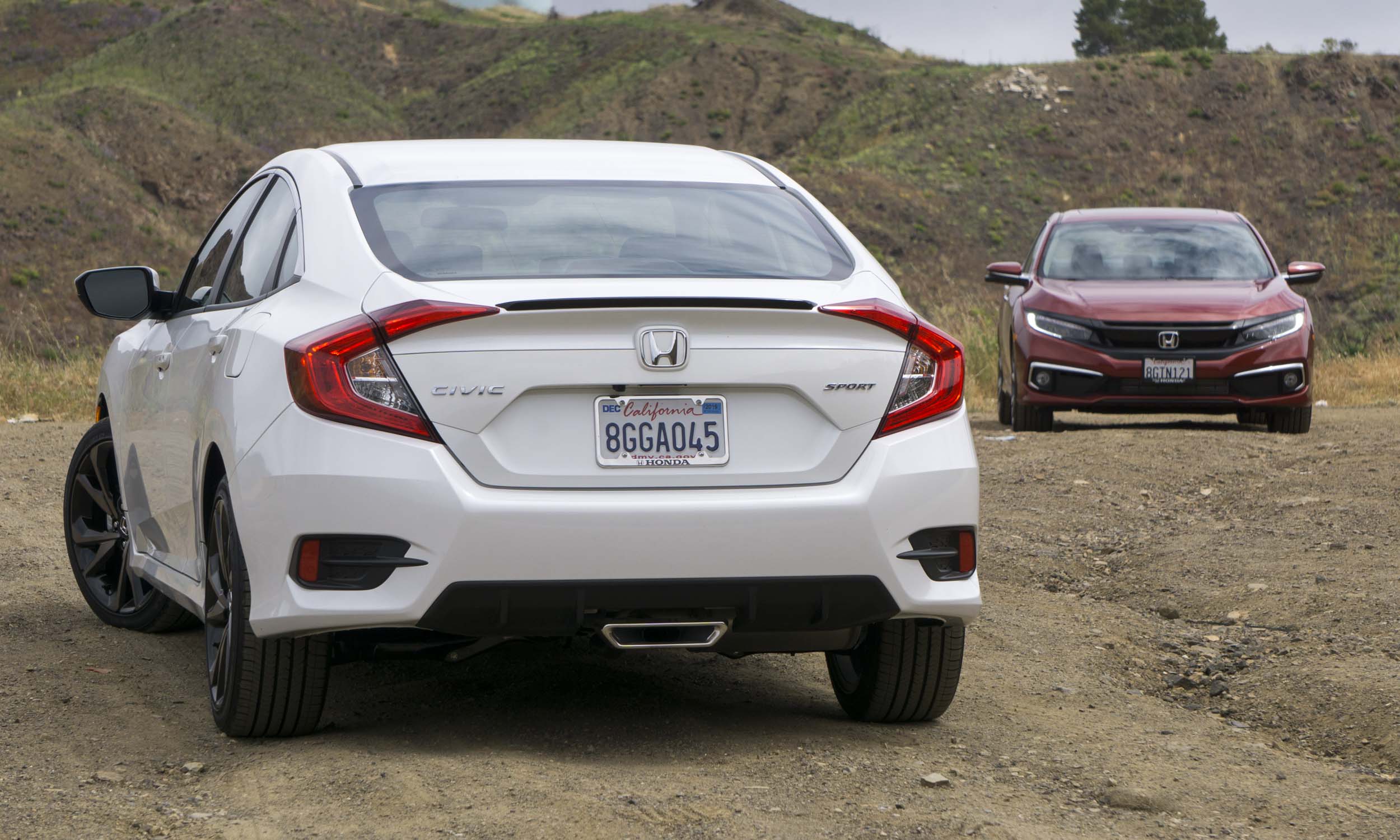 Rating: 9.0
Honda has been building the Civic for more than 45 years, so it’s no surprise that this latest version is the most dialed in, offering a roomy interior with great drivability in an attractive package. However, no car is perfect, and we applaud Honda for realizing this and making the needed updates for 2019 which not only improve styling but makes the Civic safer with standard Honda Sensing across the model lineup. And of course, there’s the return of the all-important volume control knob . . . overall, the best Civic since it was introduced in the early 1970s got a bit better. 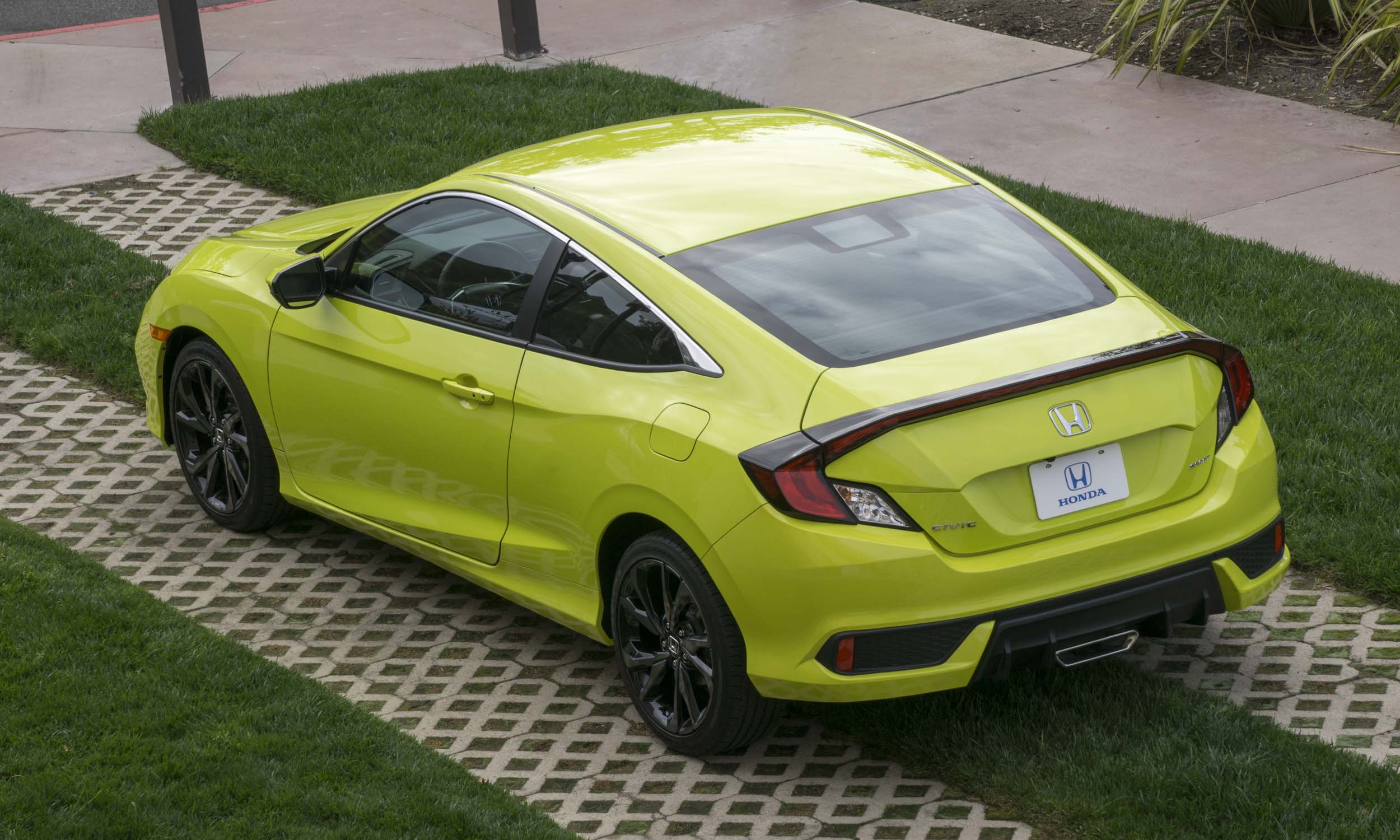 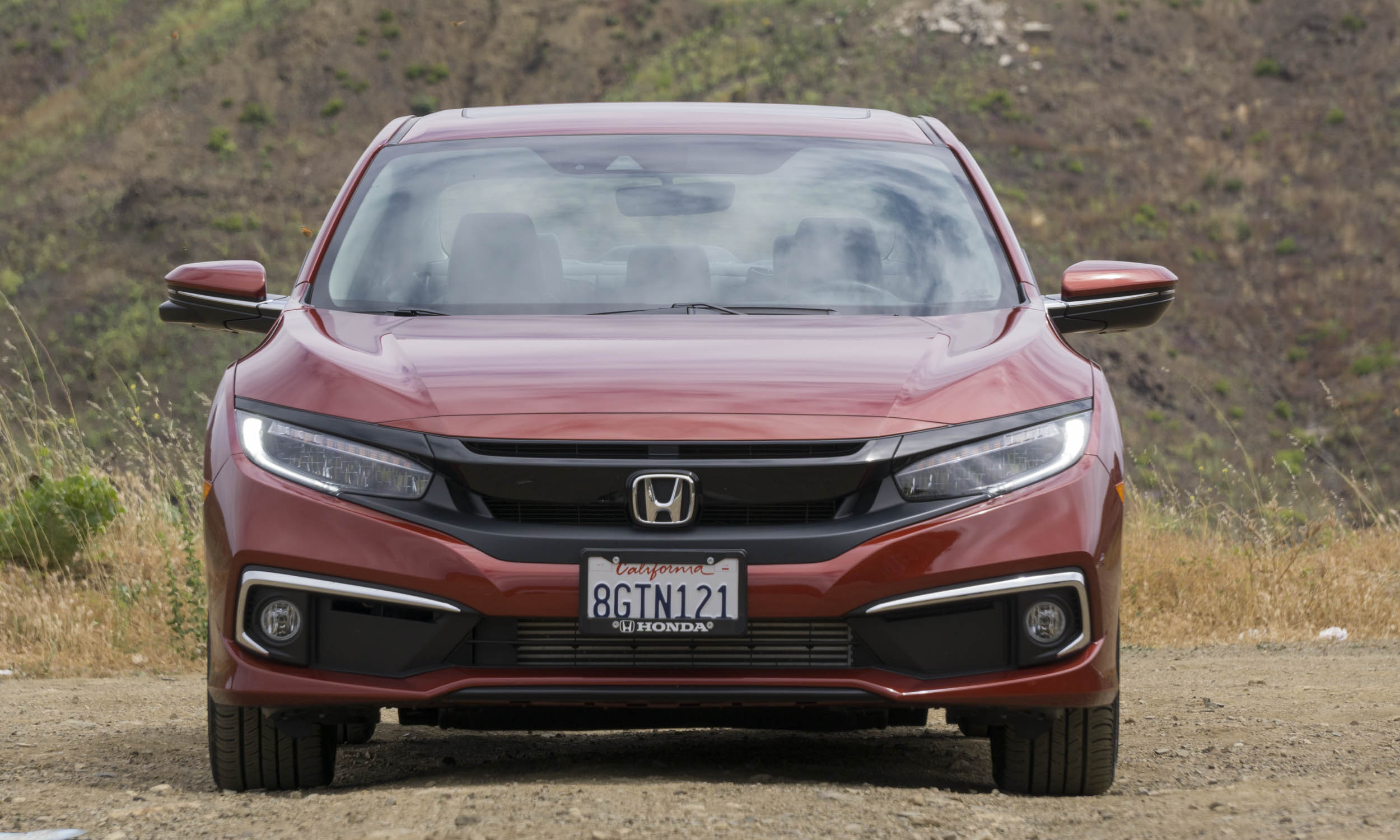 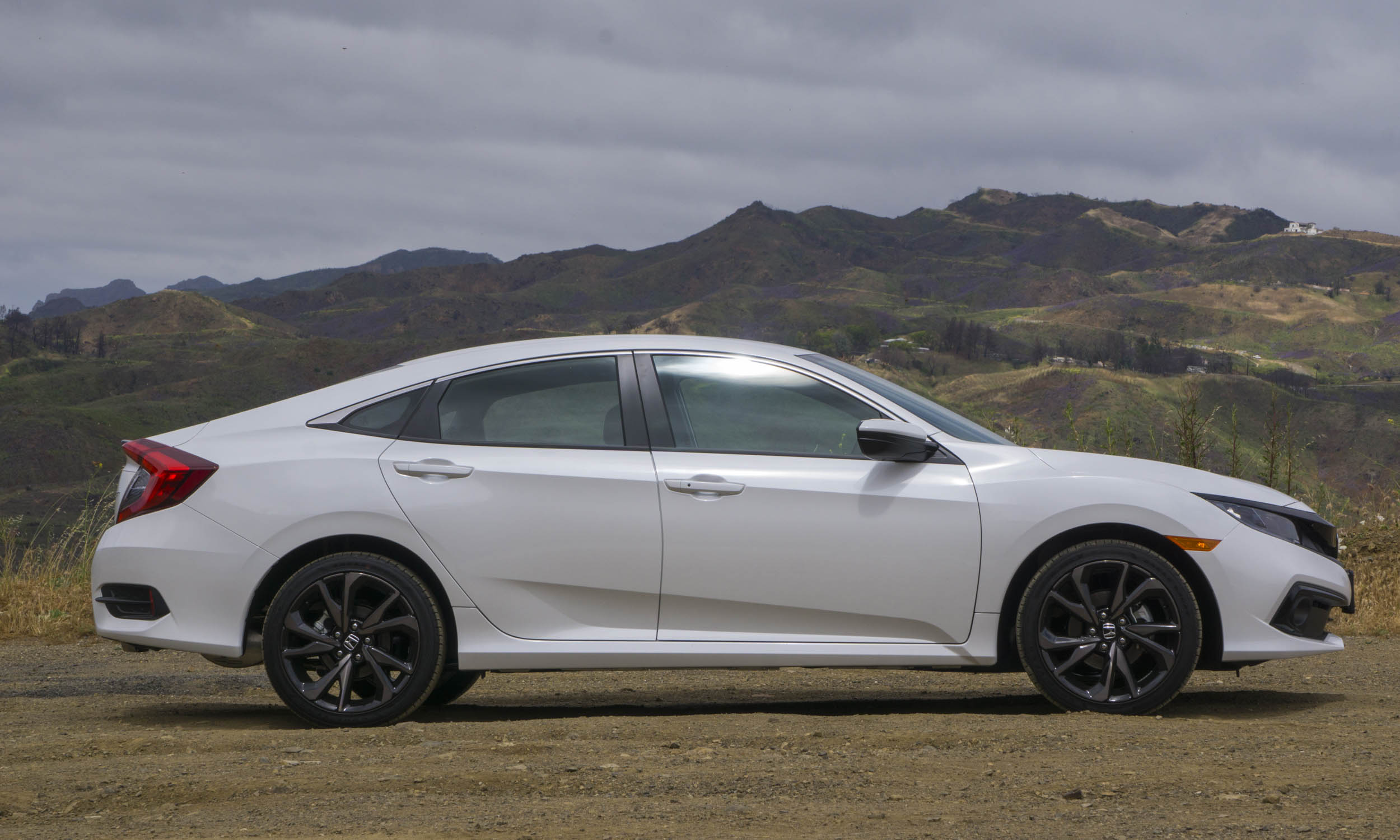 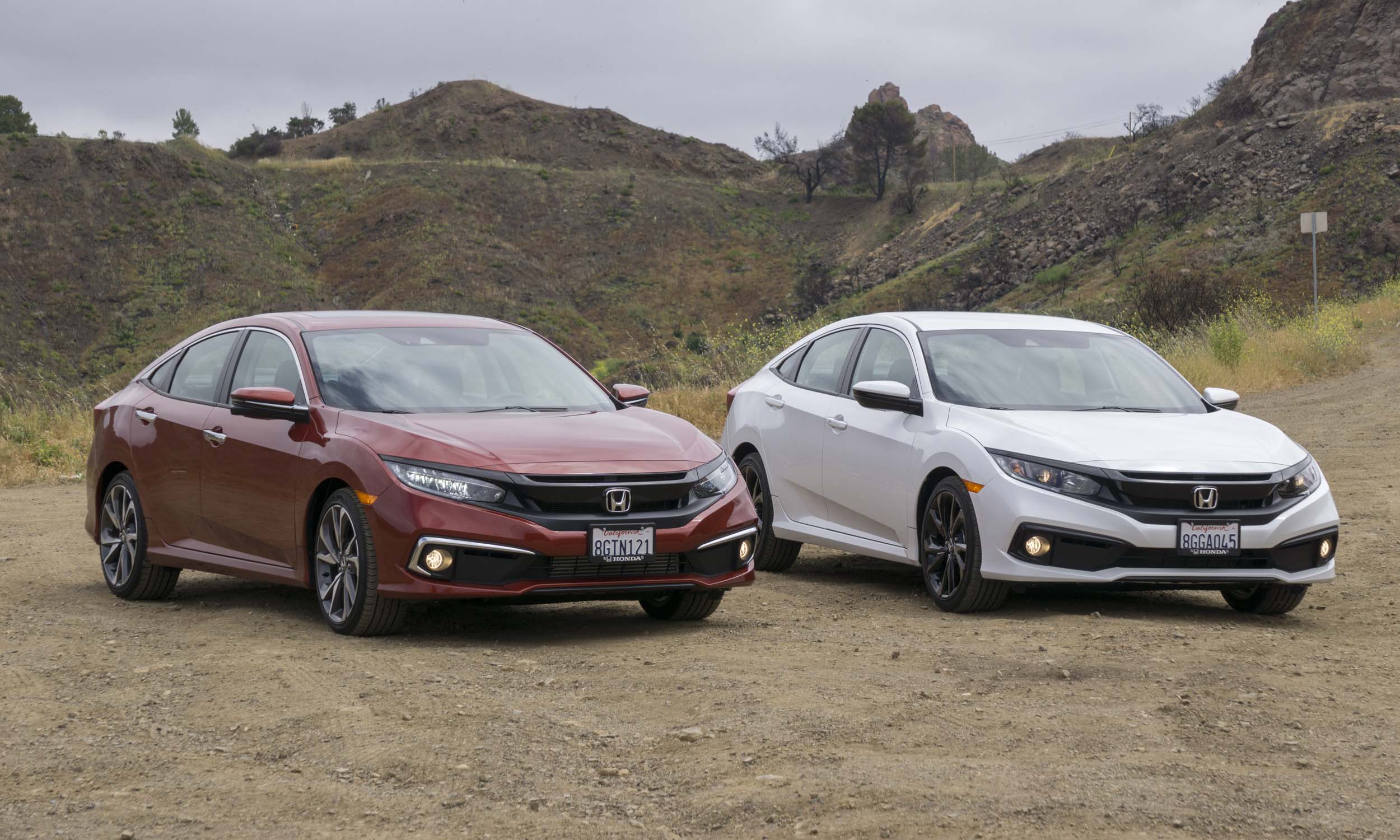 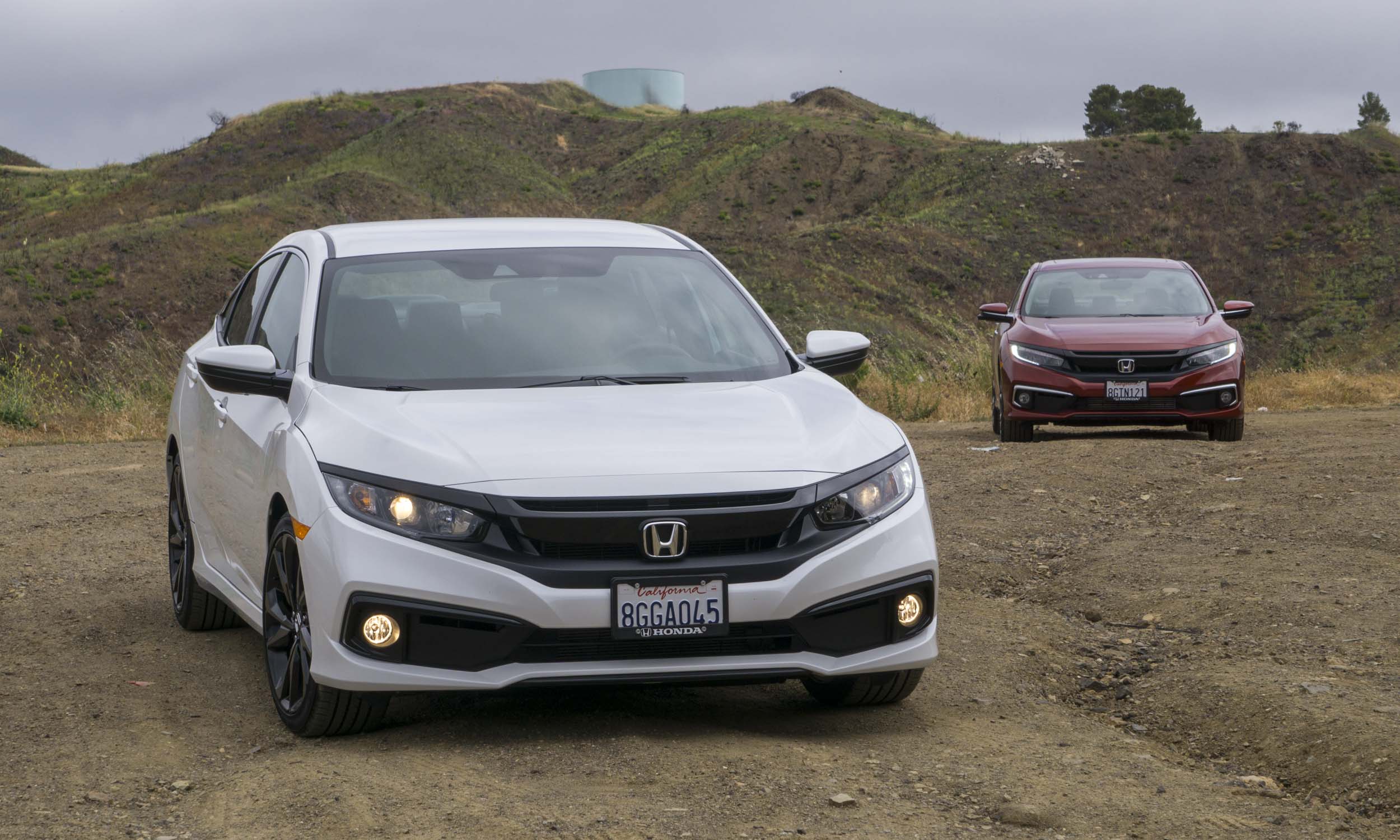 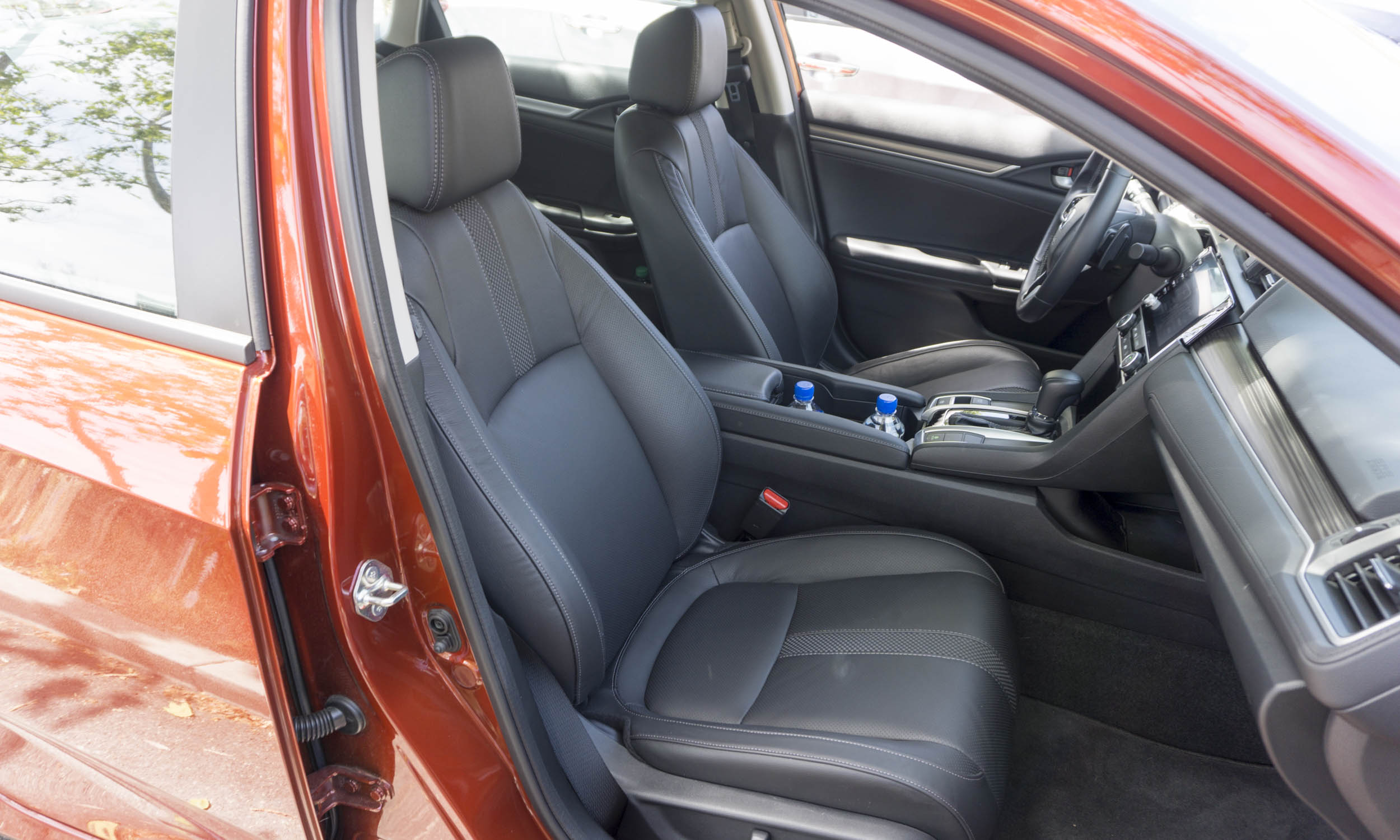 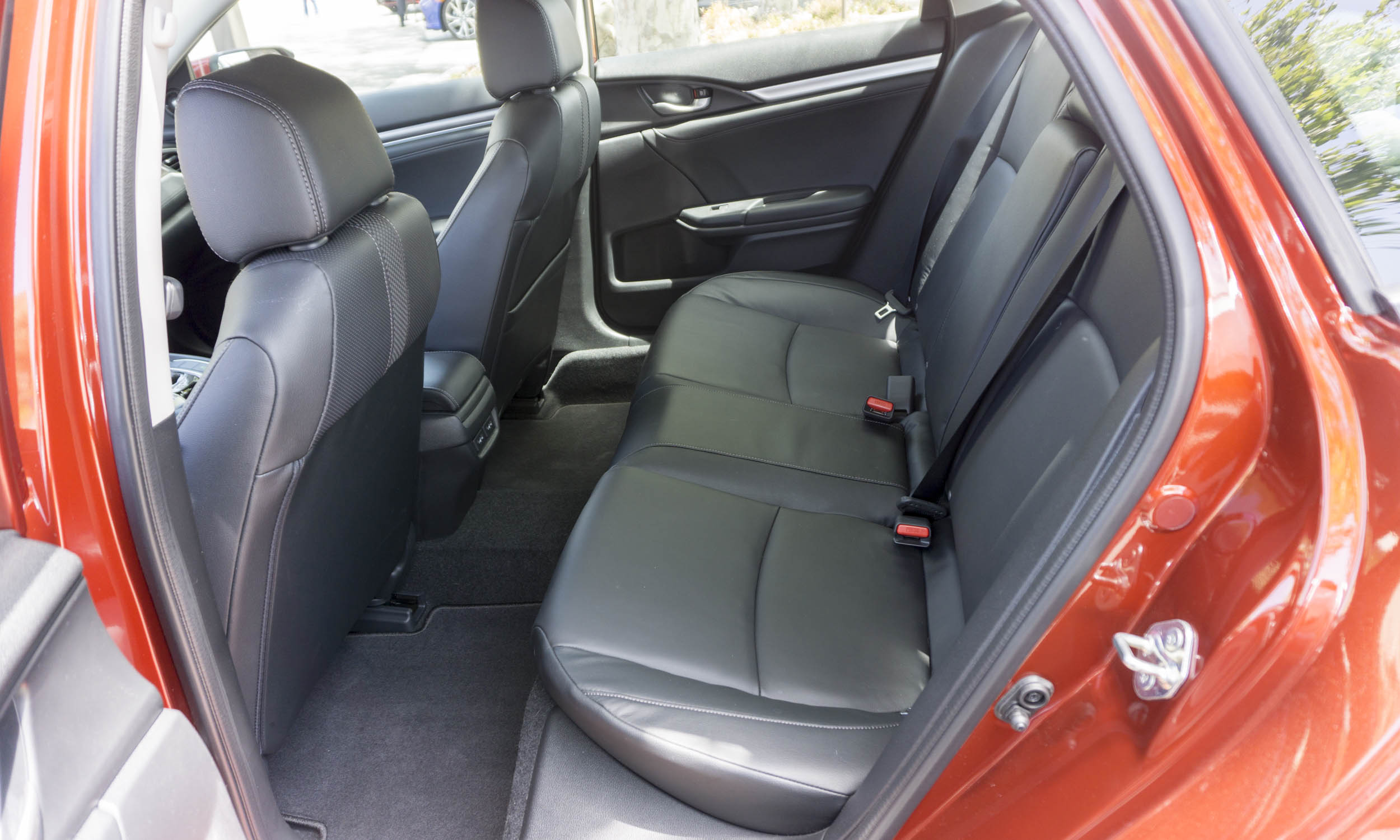 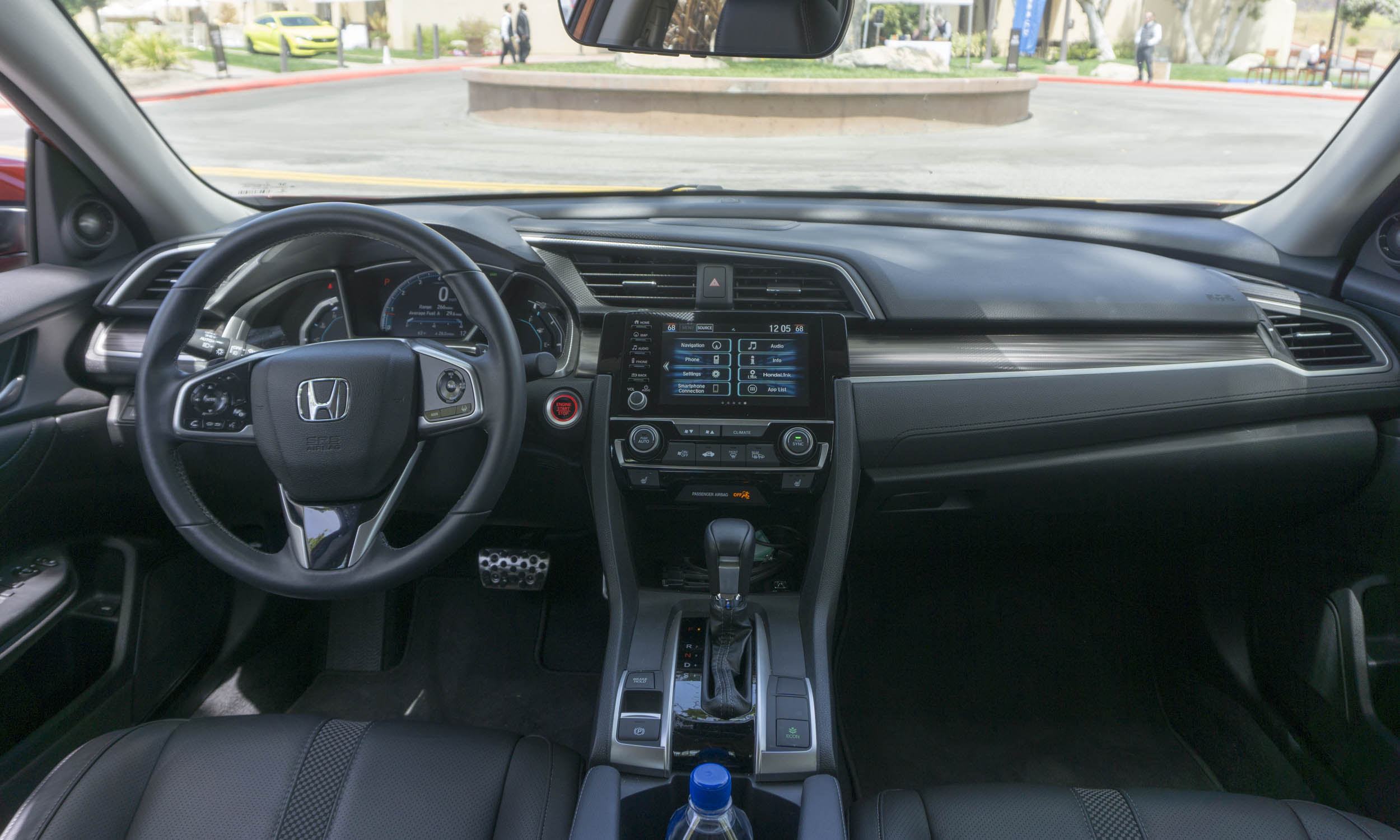