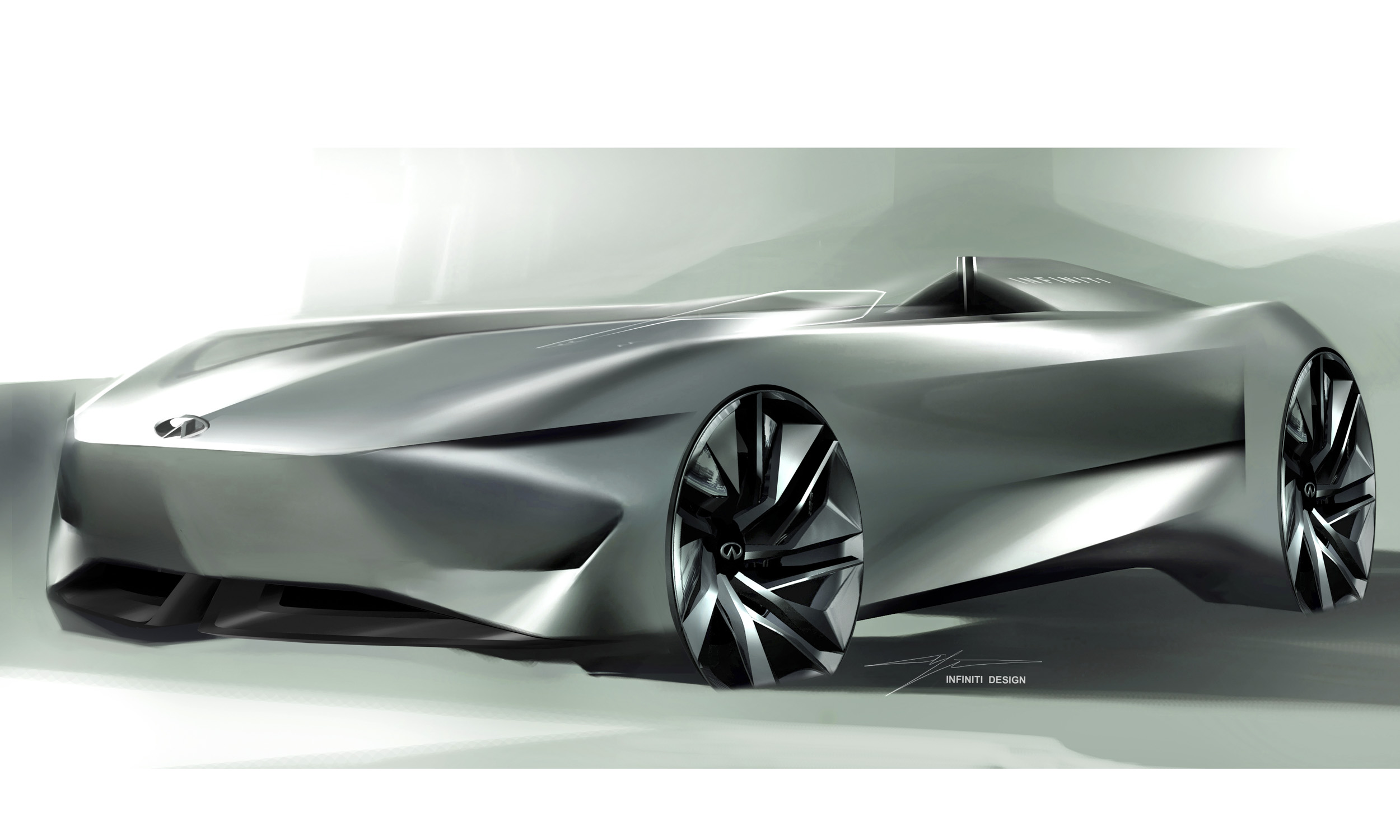 Prototype 10
In the days leading up to the Pebble Beach Concours d’Elegance on Sunday, August 26 — arguably the world’s most famous collector car competition showcasing the most beautiful automobiles of the past — Nissan’s luxury brand plans to take the wraps off an all-new concept vehicle evoking the future. The Infiniti Prototype 10 will make its world debut on the 18th green of the famed Pebble Beach Golf Links on Thursday, August 23, showcasing the luxury brand’s roadmap regarding performance and electric vehicles. 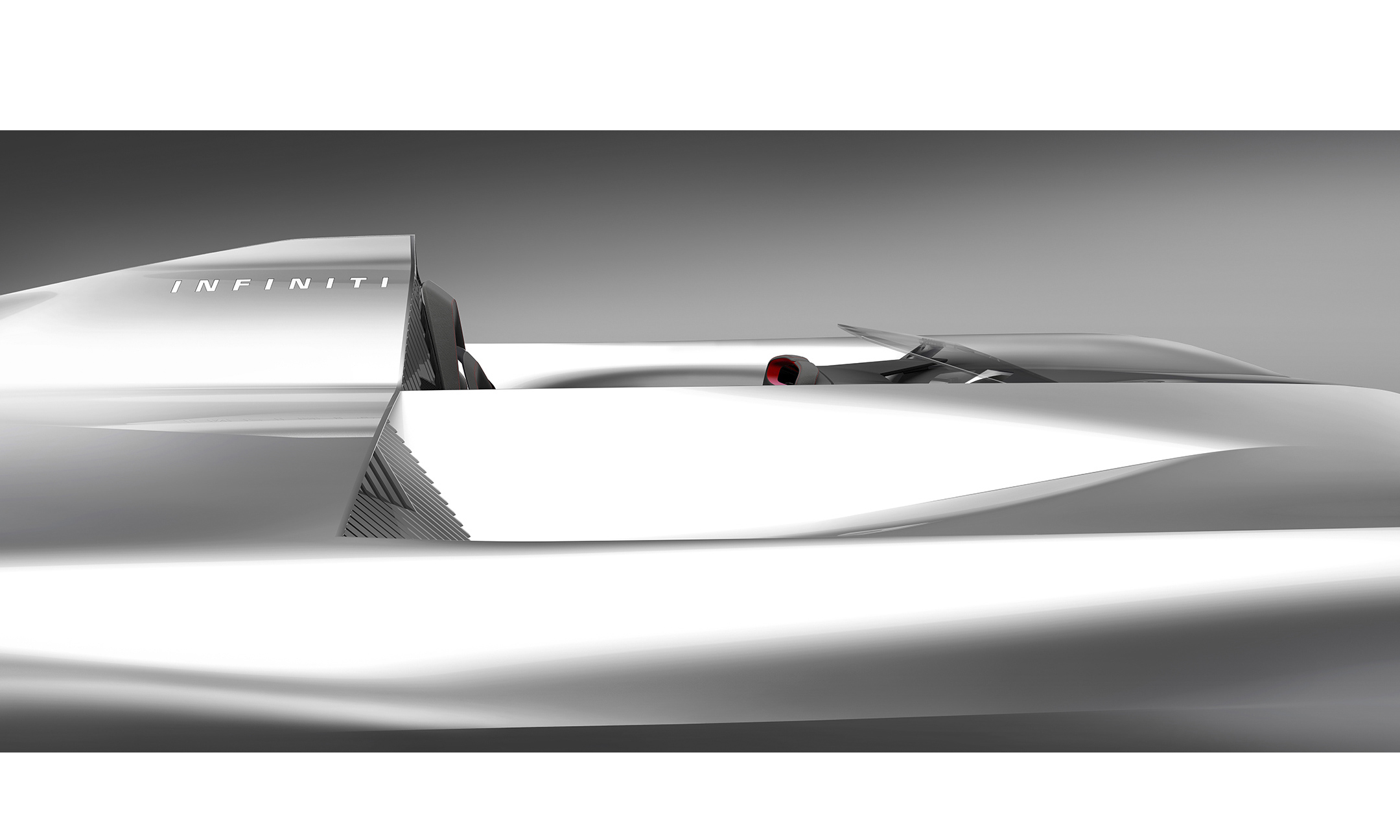 Single-Seat Sports Car
“The INFINITI Prototype 10 echoes the layout and design of some of the most evocative car designs of all time, where power was celebrated through high-powered single-seat competition cars” said Karim Habib, Executive Design Director, INFINITI. “Our new concept speaks of an electrified future, something which is reflected in its form and details. It is appropriate that we found inspiration in an optimistic bygone era in which cars were characterized by the simple love of driving.” 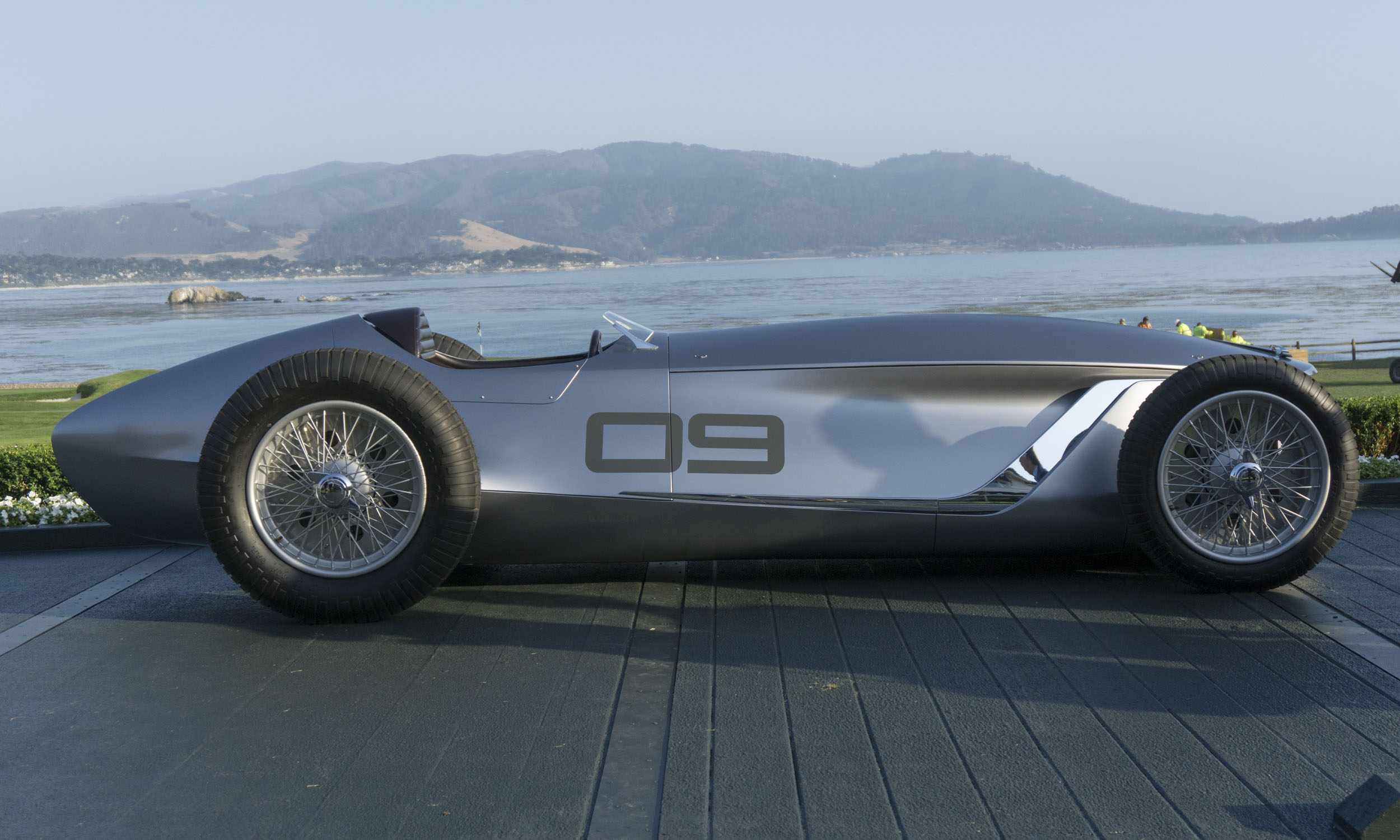 Successor to Prototype 9
This new concept is the next logical step following the Prototype 9 that debuted almost exactly one year ago at the same location. The Prototype 9 is a modern take on the vintage open-wheel racer. Its overall proportions are clearly of a race car, with a long hood, short overhangs, open wheels and an exposed cockpit. Although the Prototype 9 has the look of a vintage race car, under the long hood is a thoroughly advanced electric powertrain. The Prototype 10 incorporates seminal elements from Prototype 9 and projects them into the future. 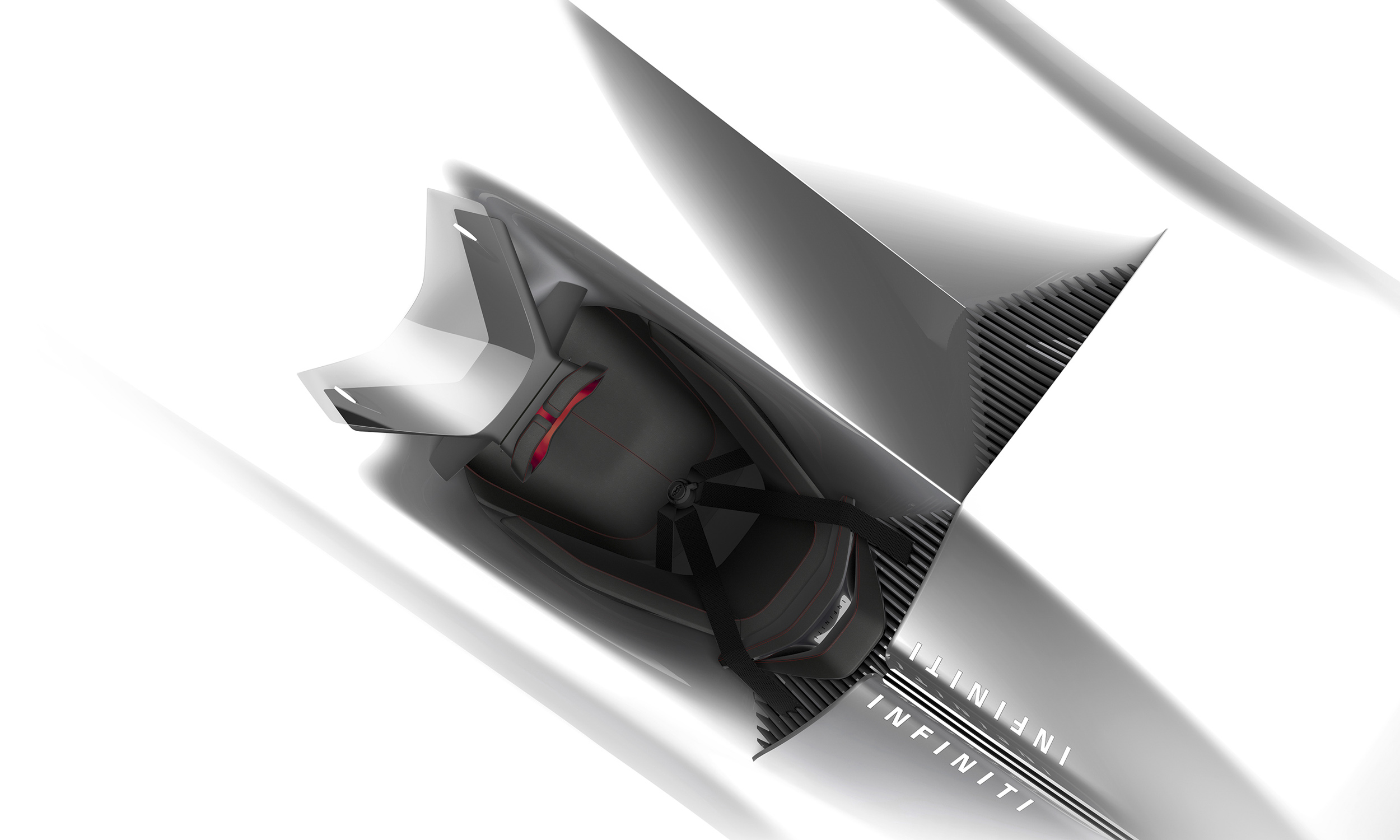 Futuristic
Whereas the Prototype 9 offered a look to the past, the released design renderings indicate the Infiniti Prototype 10 will be more futuristic in its styling. The Prototype 10 remains a single-seat roadster; however, the cockpit is not in the center — instead it is off to the left, typically the driver’s side. 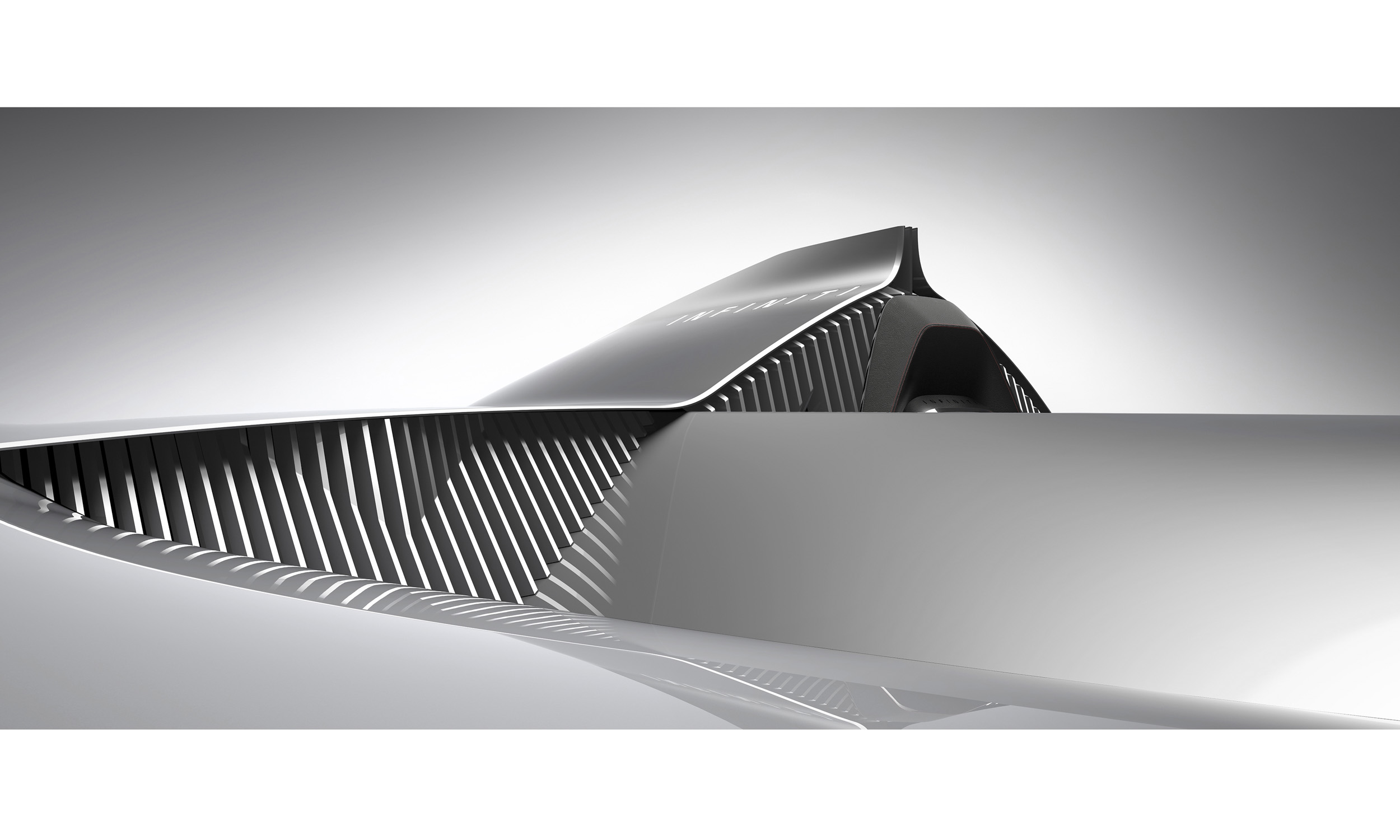 Inspired by Infiniti Q Inspiration
Expect this new concept to carry some of the design language seen in the Infiniti Q Inspiration, a sleek sedan concept that debuted at the 2018 North American International Auto Show in Detroit. Infiniti says this new Prototype 10 hints at future design cues for the brand, and its electric powertrain foretells Infiniti’s plans to electrify its entire production line by 2021. Look for full details and photos following the Prototype 10’s introduction on August 23, 2018. 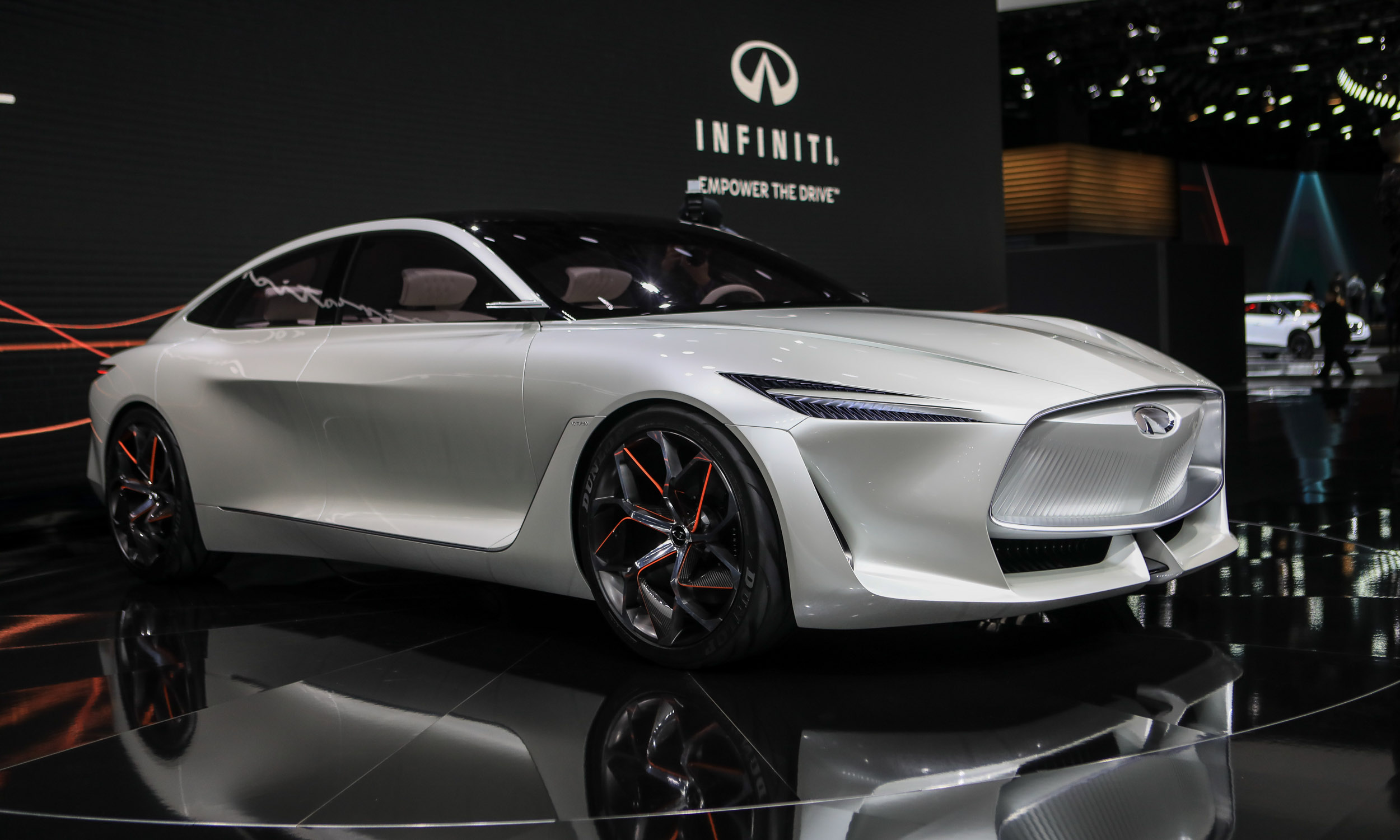 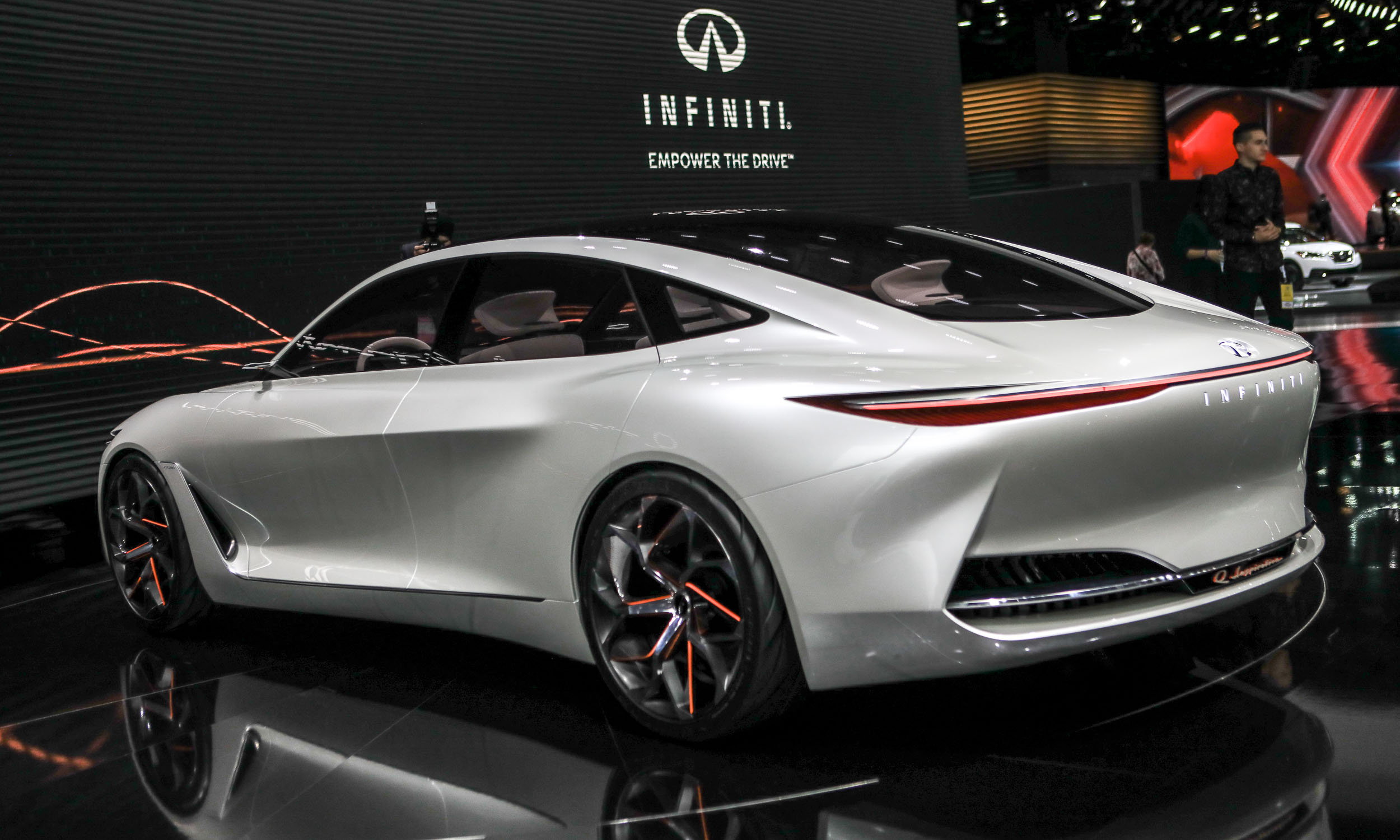 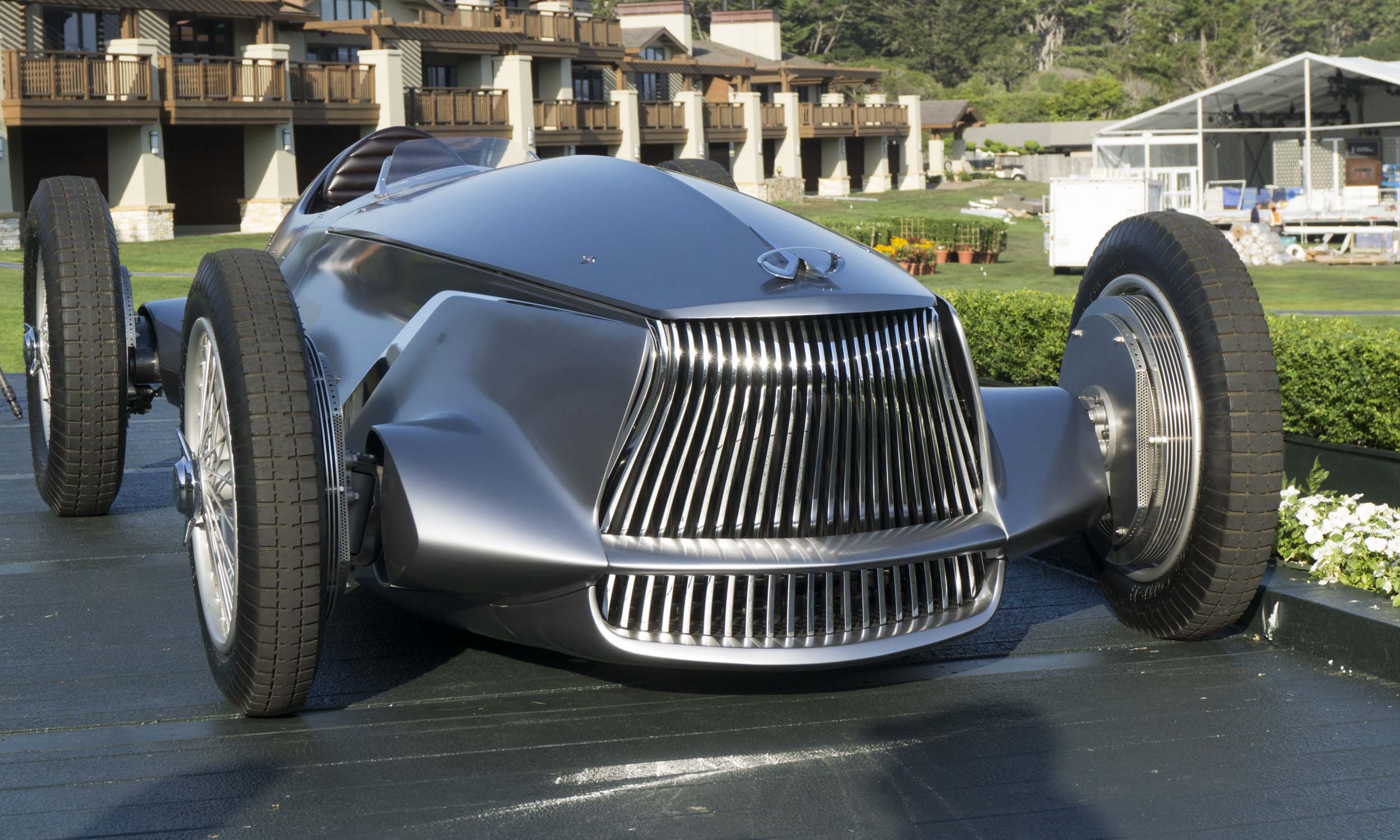 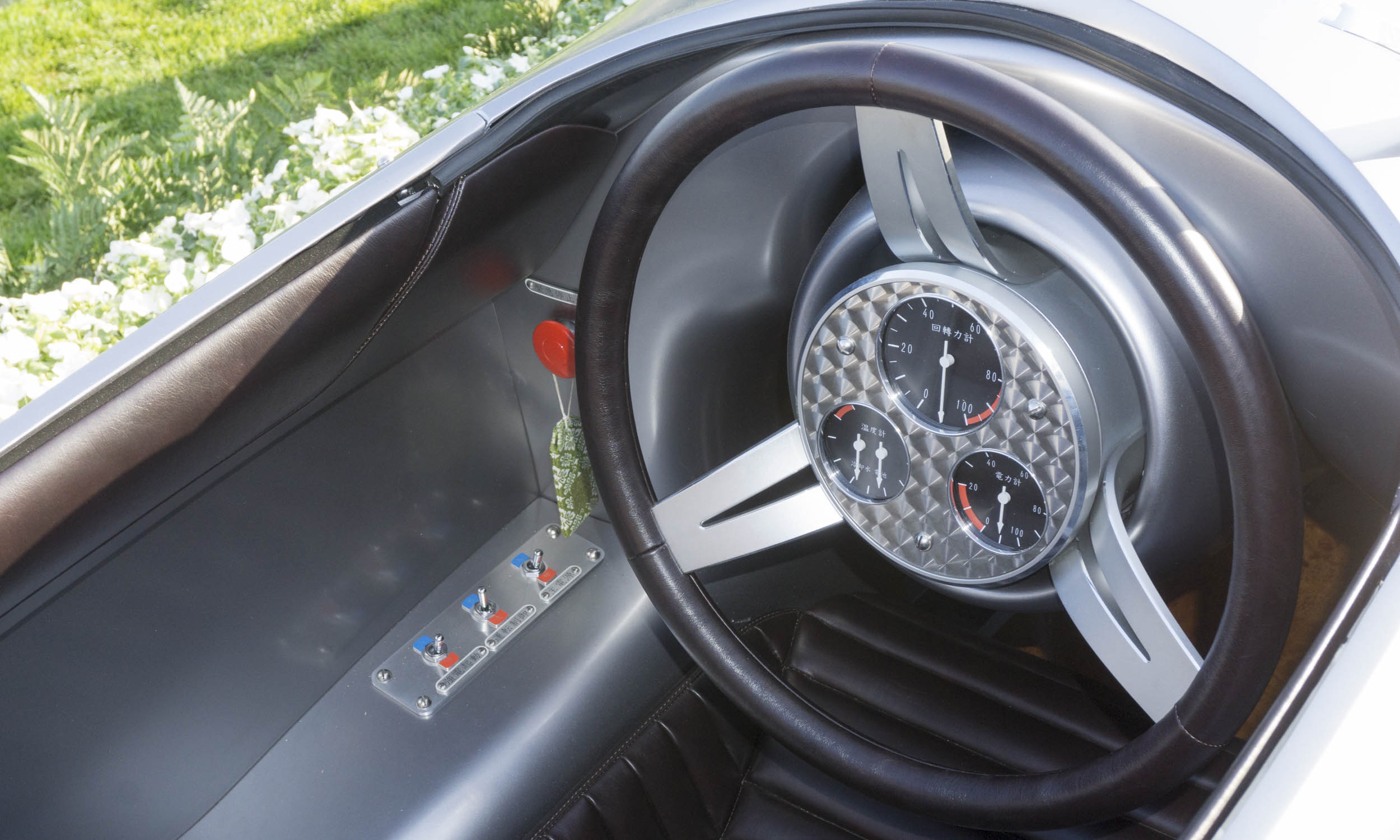