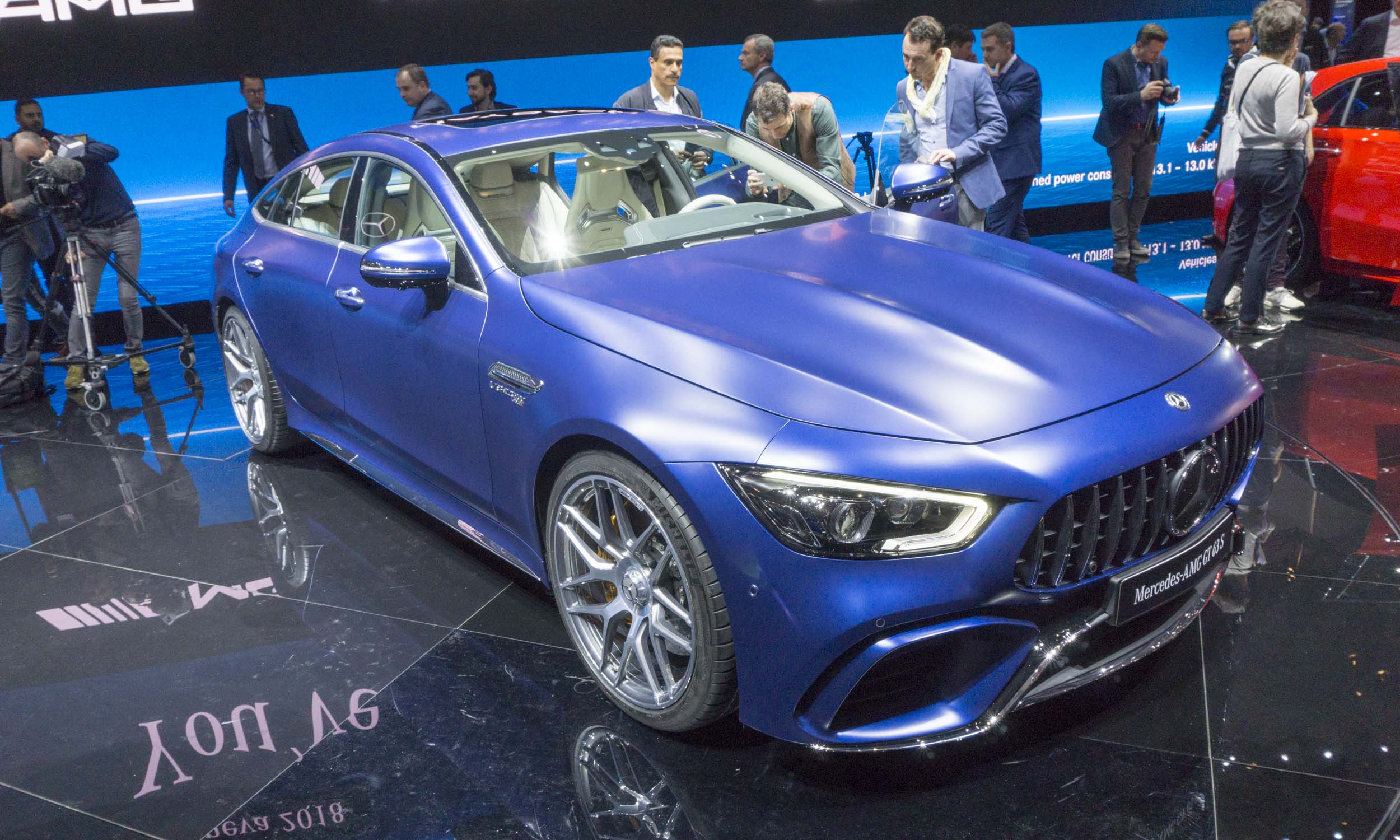 Dedicated AMG Model
Whenever the letters AMG get associated with a vehicle, it’s practically a guarantee that lurking behind the badge is a high-performance luxury machine. As the tuning group associated closely with Mercedes Benz, AMG usually produces a more muscular version of an existing Mercedes-Benz model — variants exist for vehicles ranging from the C-Class sedan to the G-Class off-road monster. AMG has never produced a 4-door sports car — until now. 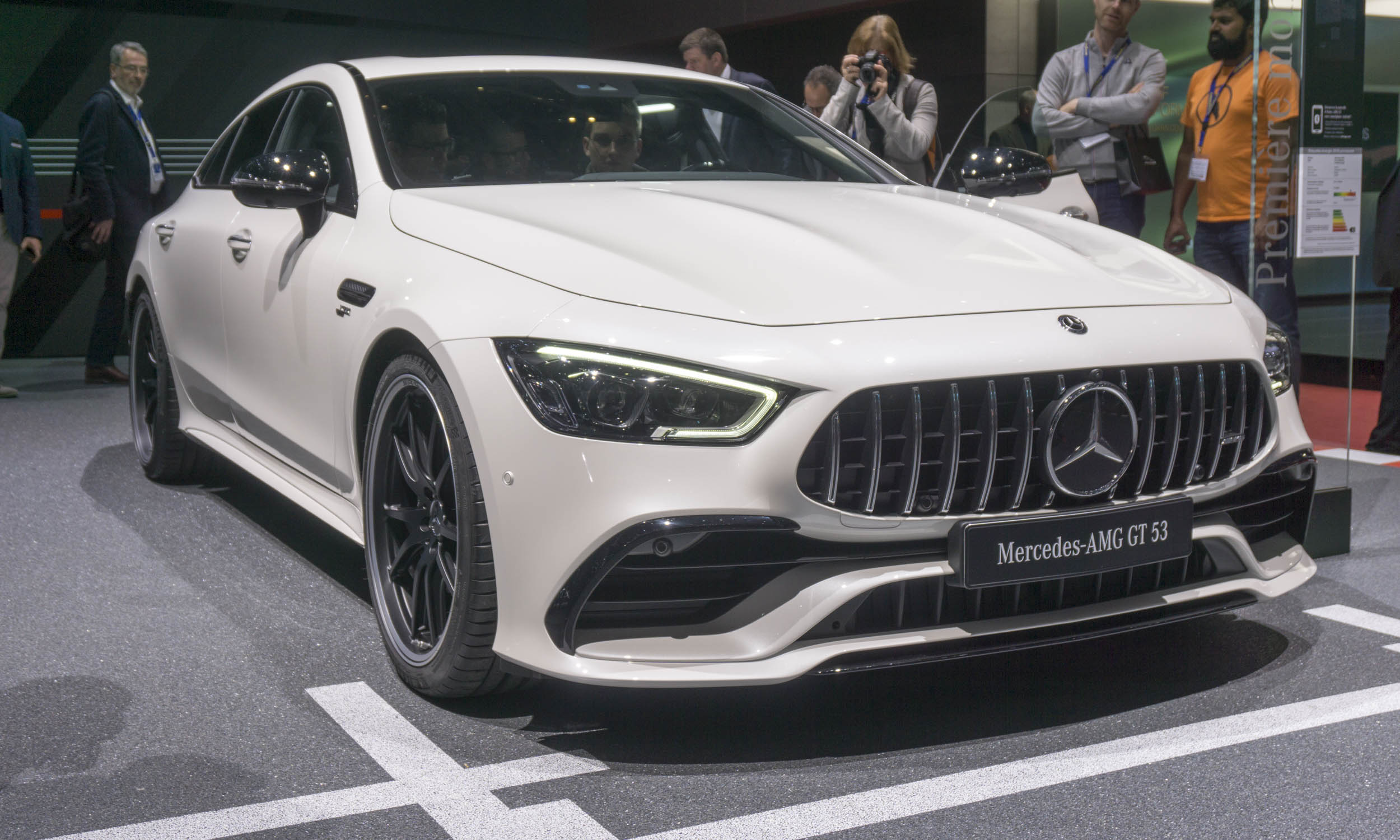 First 4-Door from AMG
The all-new AMG GT 4-Door Coupe made its debut at the 2018 Geneva Motor Show, offering impressive performance and gobs of power in a sleek 4-door configuration. This new car joins the ranks of models such as the SLS AMG and AMG GT — vehicles built as standalone AMG models. 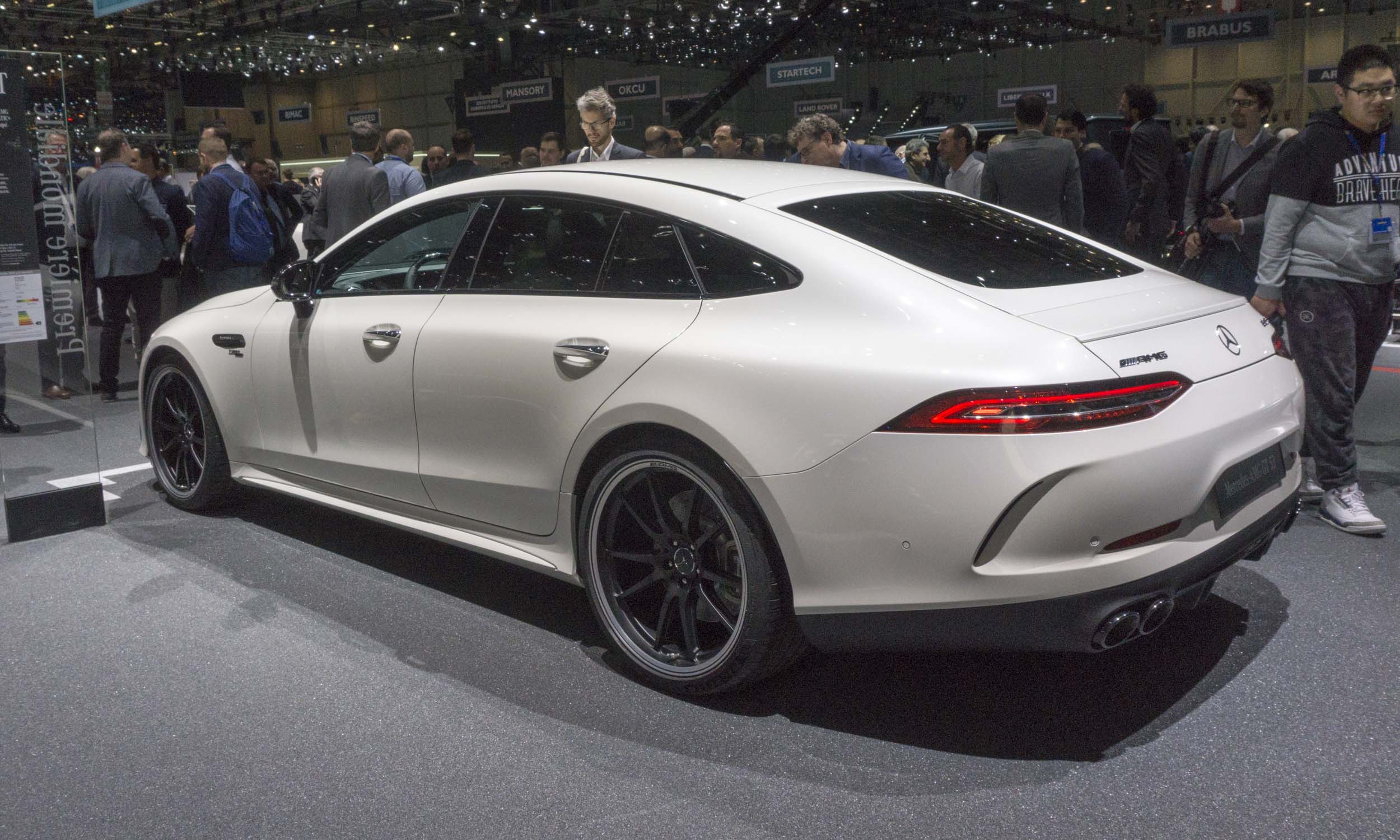 Everyday Performance
“The new AMG GT 4-Door Coupe blends the impressive racetrack dynamism of our two-door sports car with maximum suitability for everyday use. It has a unique way of embodying our brand core, “Driving Performance” and with its systematic configuration it will attract new customers for Mercedes-AMG,” commented Tobias Moers, CEO of Mercedes-AMG GmbH. 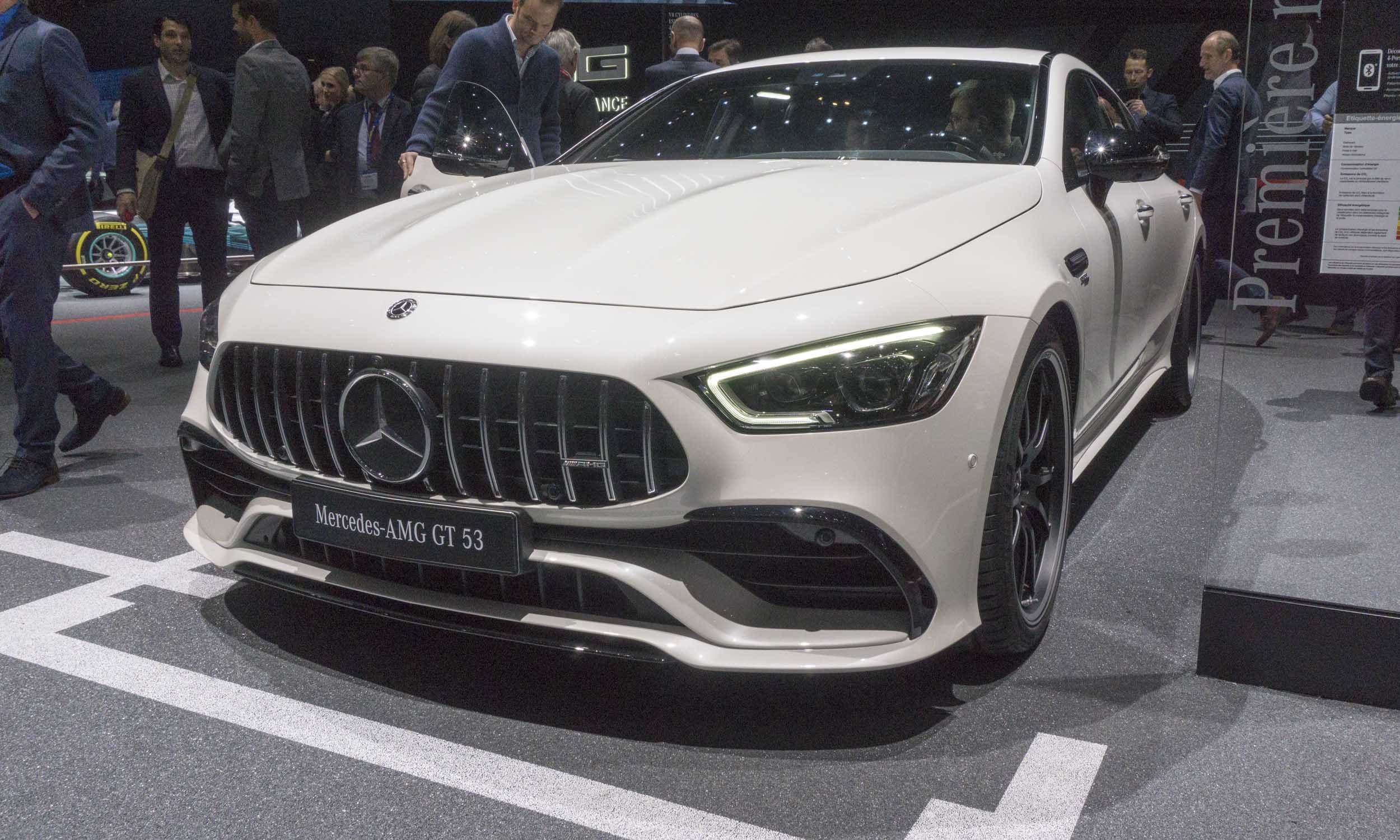 Two-Door Styling
This new 4-door sports car has styling cues that clearly link it to its 2-door sibling. Up front are slim multibeam LED headlights that flank the AMG “shark nose” grille. These feed into the low and long sculpted hood. At the rear are LED taillights and quad exhaust pipes. 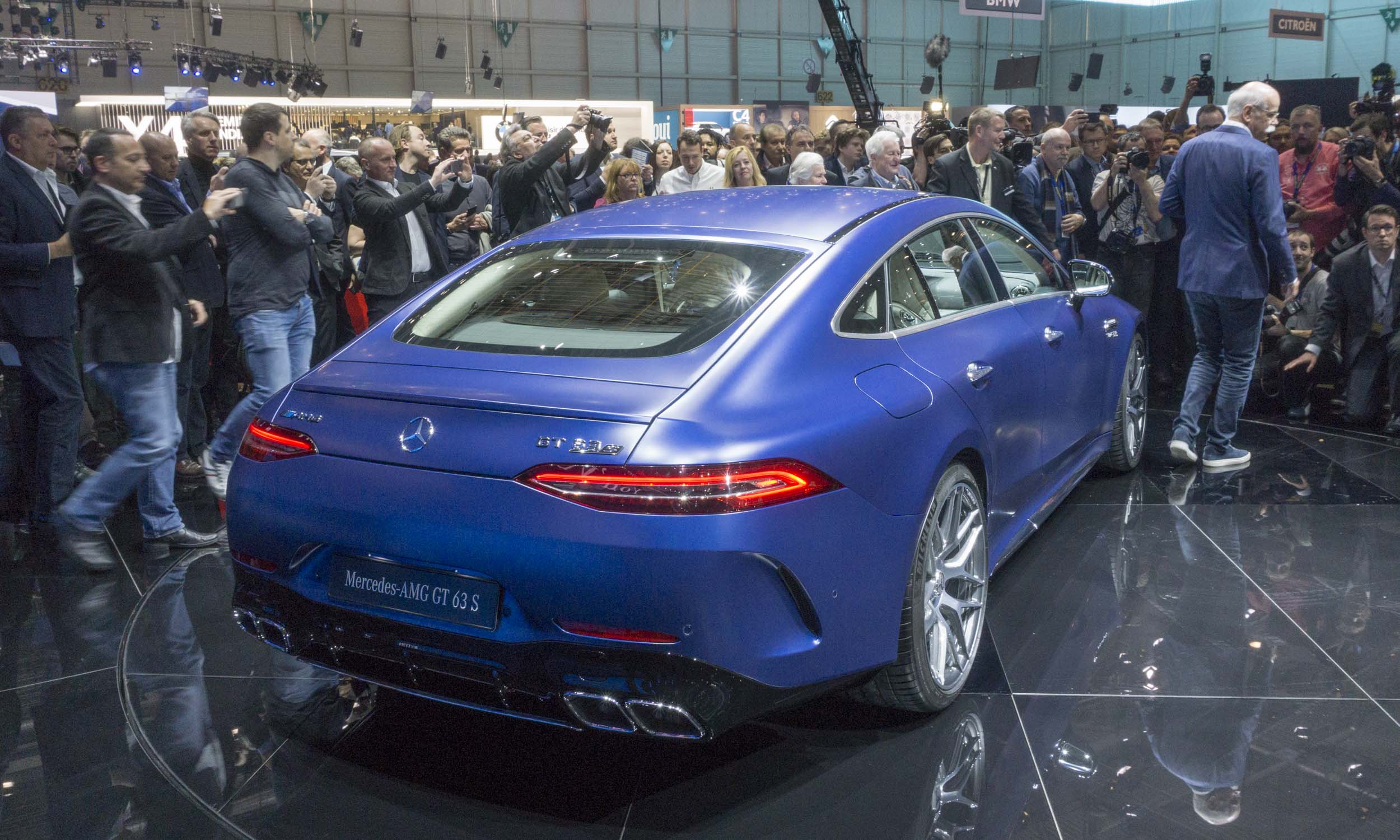 Fastback Design
Joining the ranks of vehicles such as the Porsche Panamera and Audi A7, the newest AMG GT is a fastback design. This not only provides a sleek silhouette but also adds to versatility with considerable usable cargo space, especially with the rear seatbacks folded. Not that we expect AMG GT buyers to be looking for crossover-like capabilities, but it certainly makes the new 4-Door a more logical purchase when debating its value with a significant other. Wink. 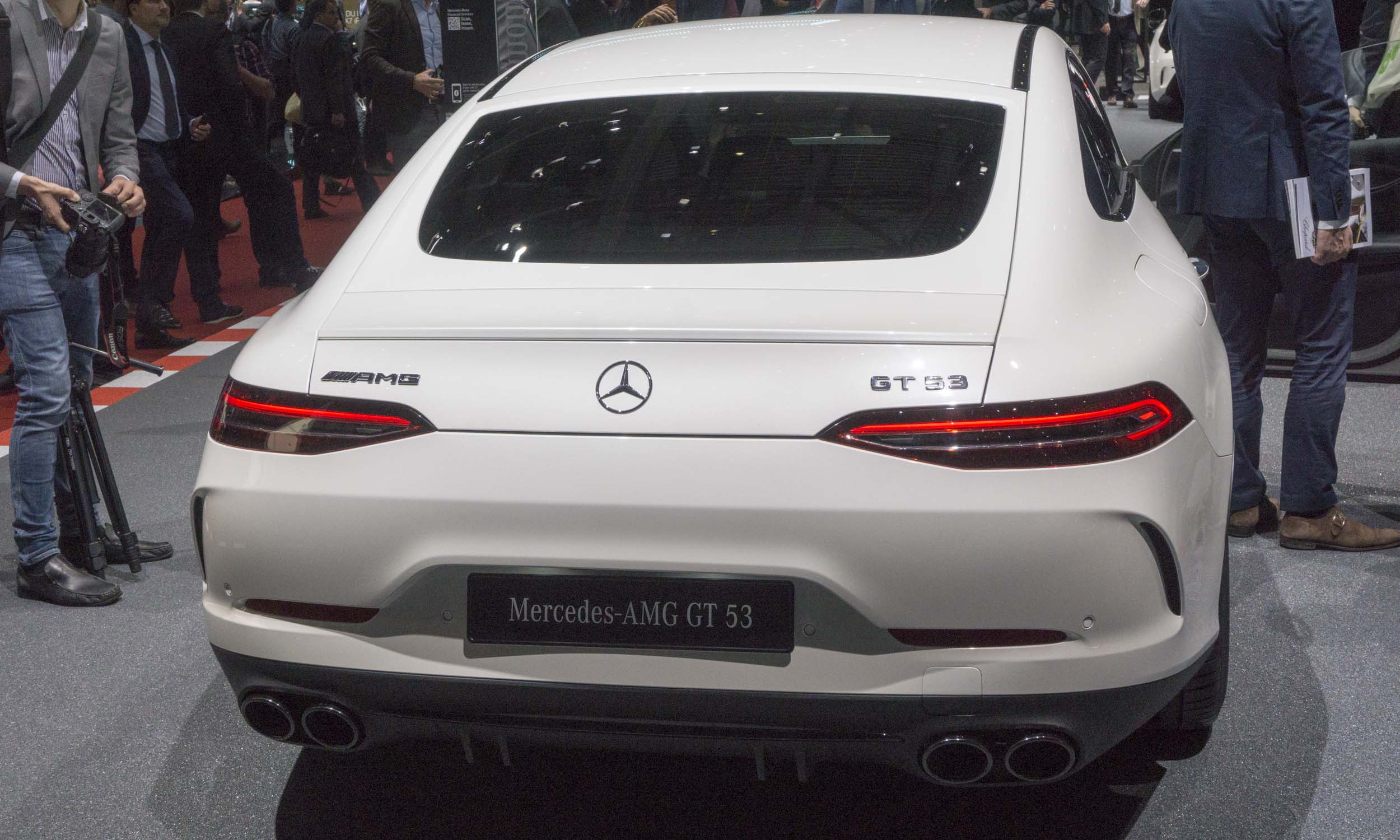 AMG GT 53
There will be three different variants of the AMG GT 4-Door Coupe. The Mercedes-AMG GT 53 will be powered by a 3.0-liter turbocharged 6-cylinder engine that gets the benefit of an “EQ Boost.” This boost comes from an electric motor positioned between the engine and transmission, taking the place of a separate starter motor and alternator. Total power output is 429 horses — enough to launch the AMG GT 53 to 60 mph in 4.4 seconds on its way to a top speed of 174 mph. 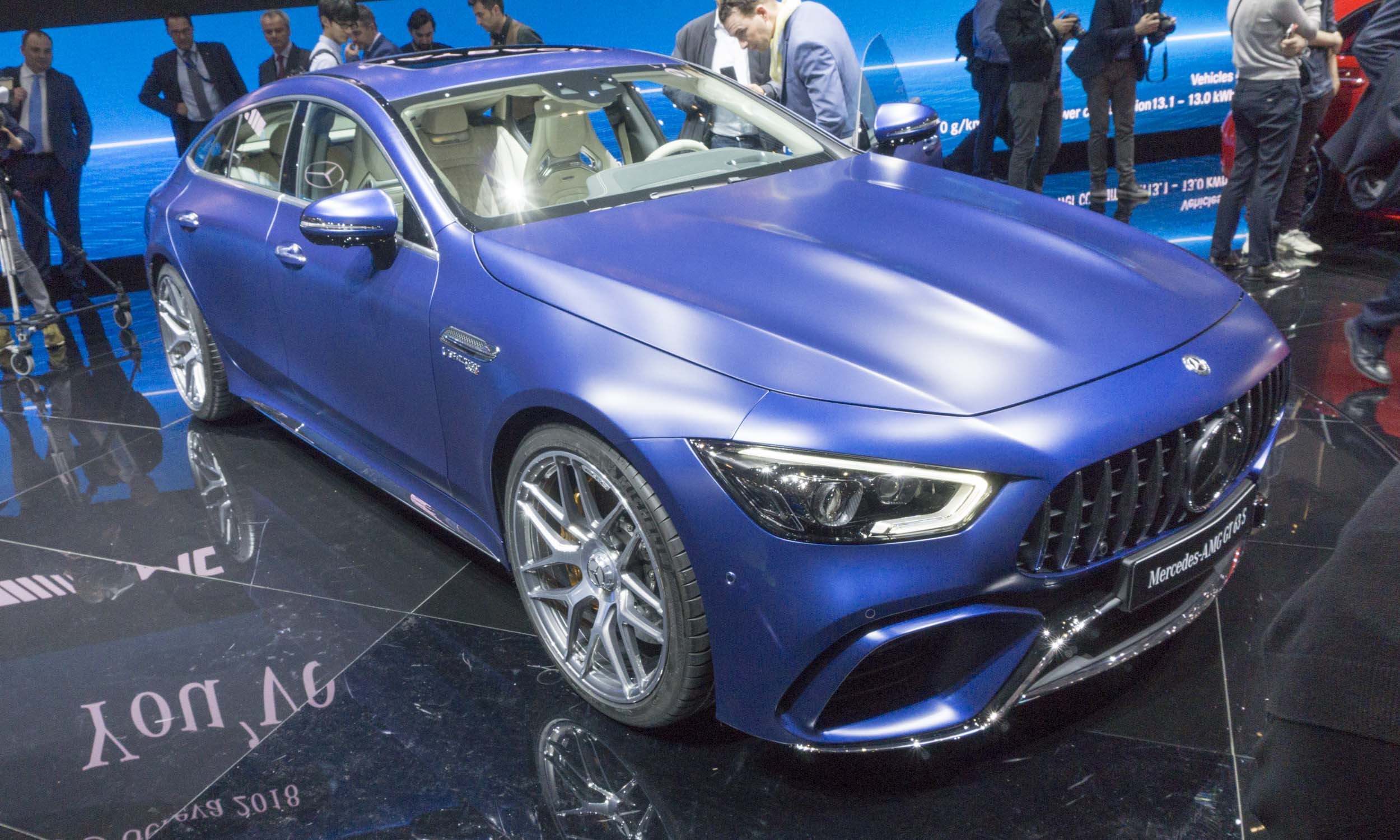 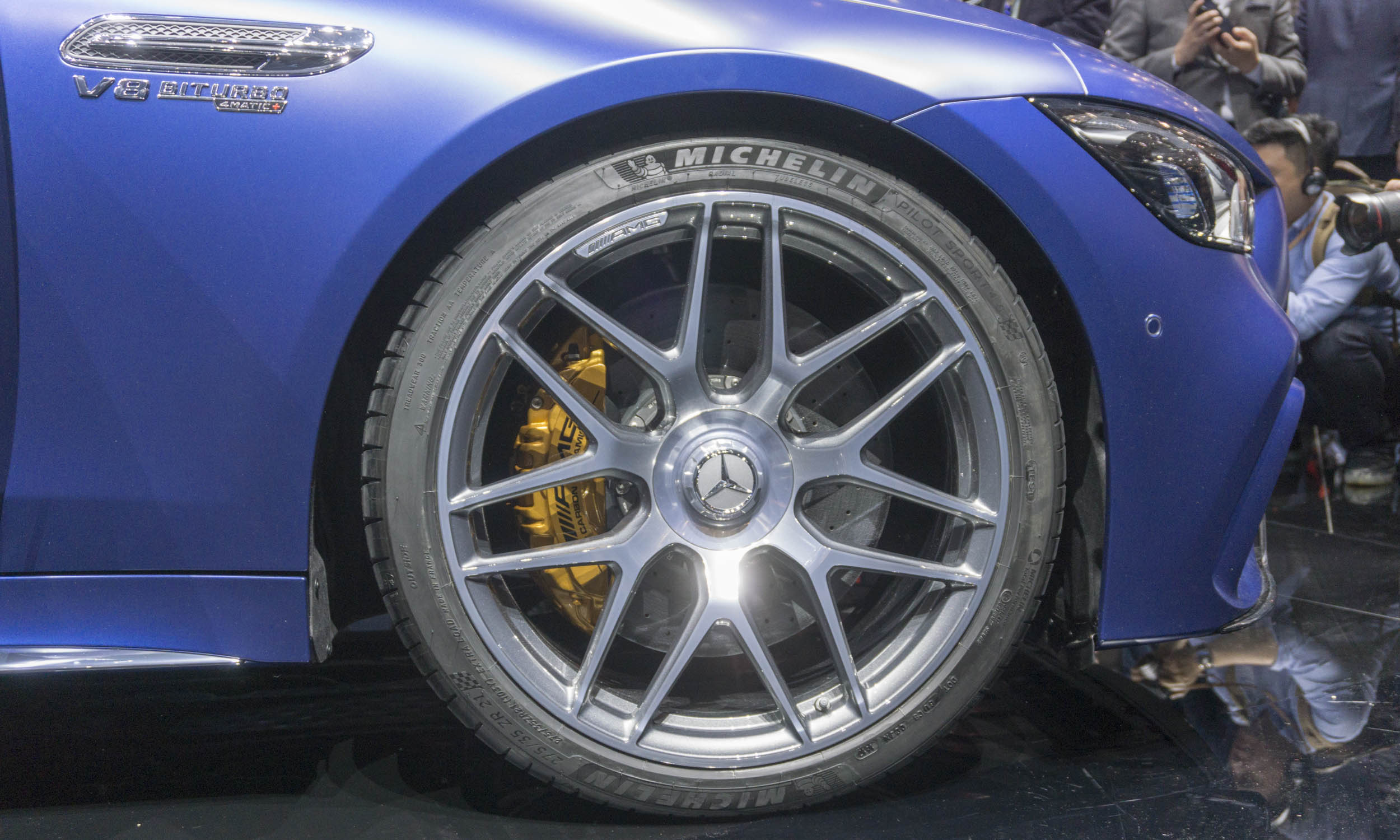 4Matic, 4-Wheel Steering
All variants of the AMG GT 4-Door Coupe come equipped with the AMG Speedshift 9-speed automatic transmission and AMG 4MATIC high-performance all-wheel-drive system. The AMG GT 63 and 63 S also get rear-wheel steering for improved handling. Up to speeds of 62 mph, the rear wheels turn opposite the front for quick maneuverability and higher agility around corners. Once 62 mph is exceeded, the wheels turn the same direction for added stability when changing direction quickly. 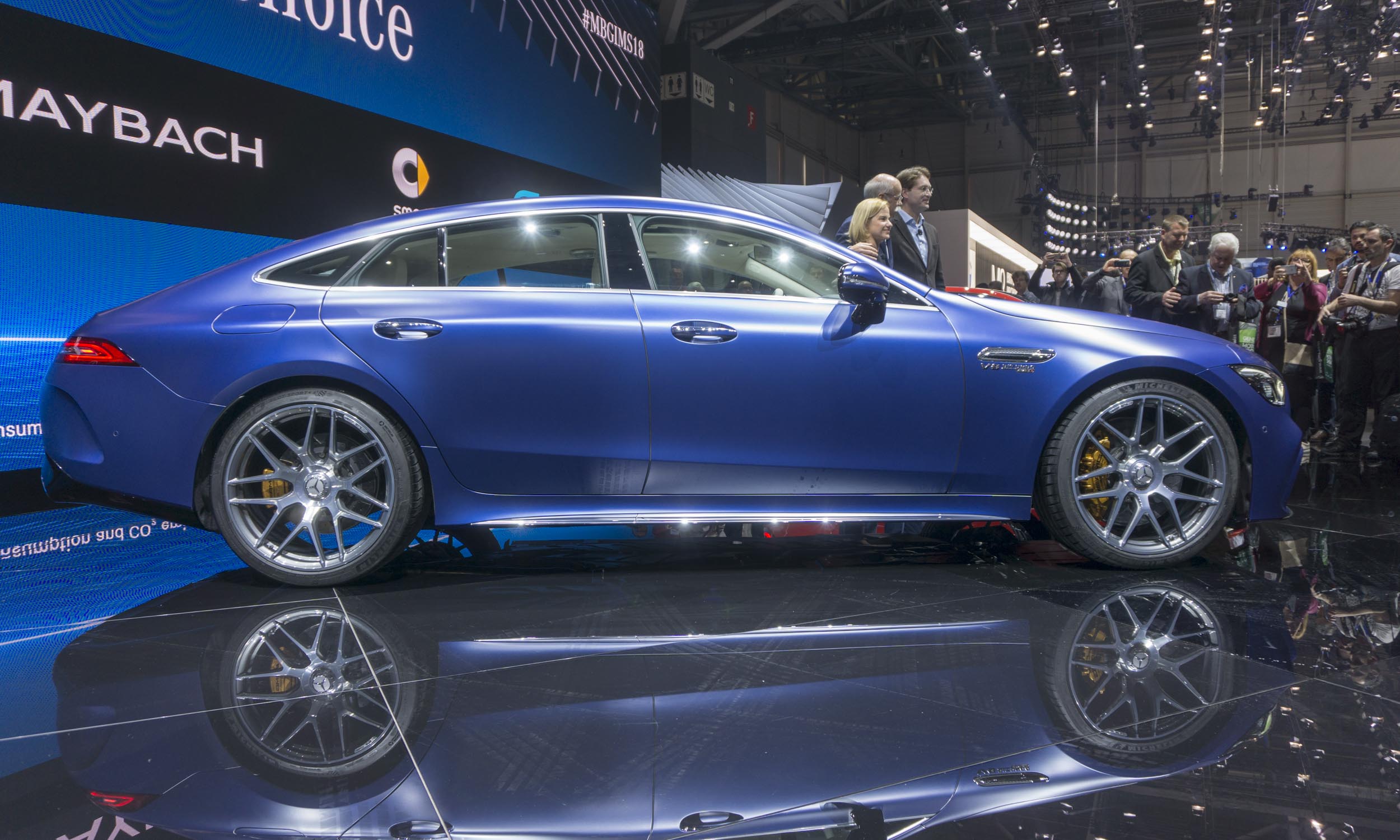 Drift Mode
Standard on the AMG GT 63S and optional on the GT 63 is Drift Mode. Once activated, the AMG GT becomes a rear-wheel-drive vehicle, capable of drifting around corners while burning rubber from the rear wheels. This mode is best used on a track, and preferably with an experienced driver at the helm. 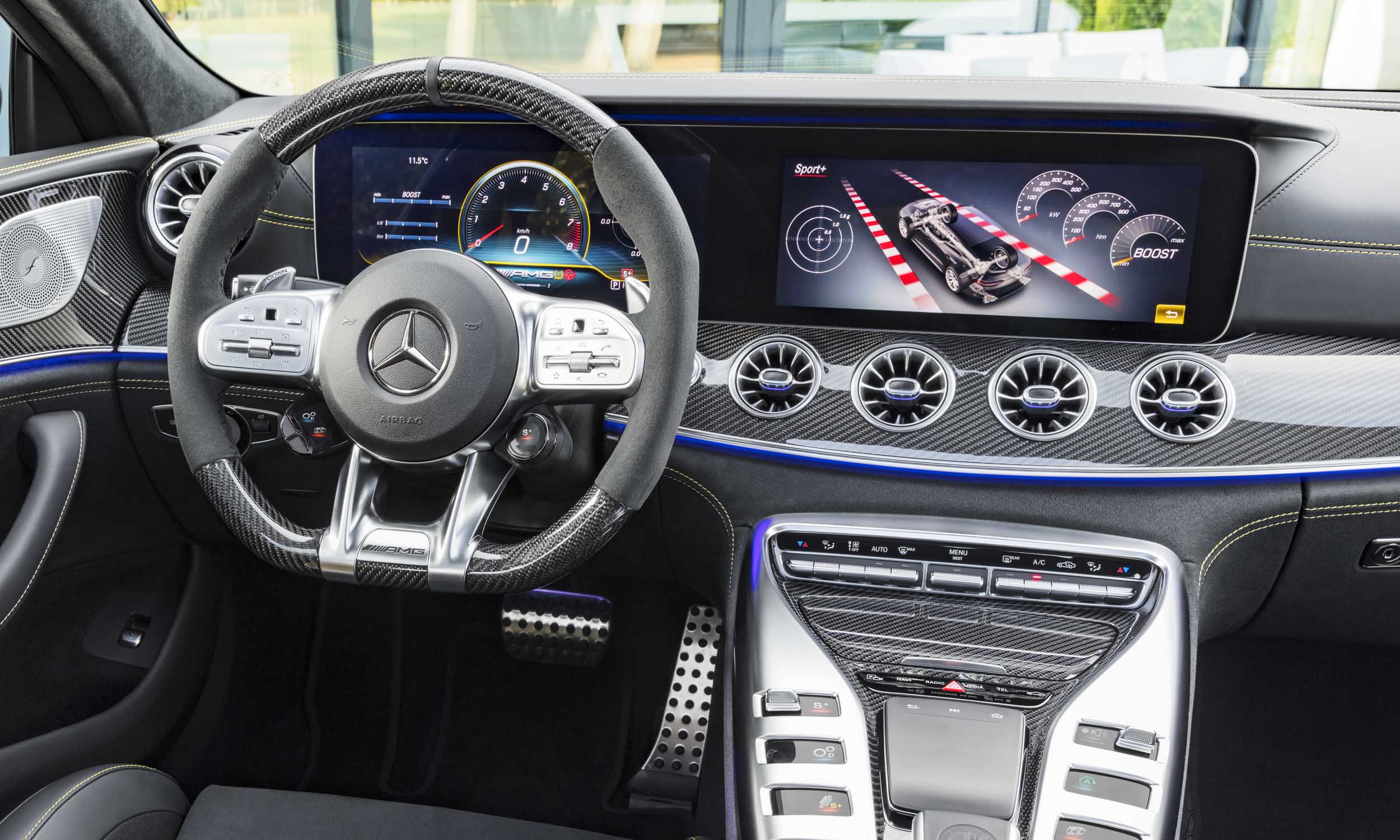 Wide Screen
Inside, the AMG GT 4-Door Coupe employs a new Mercedes widescreen cockpit consisting of two 12.3-inch high-resolution display screens placed together to give the appearance of one large display. Three settings — Classic, Sport and Supersport — provide a custom look to the digital display. 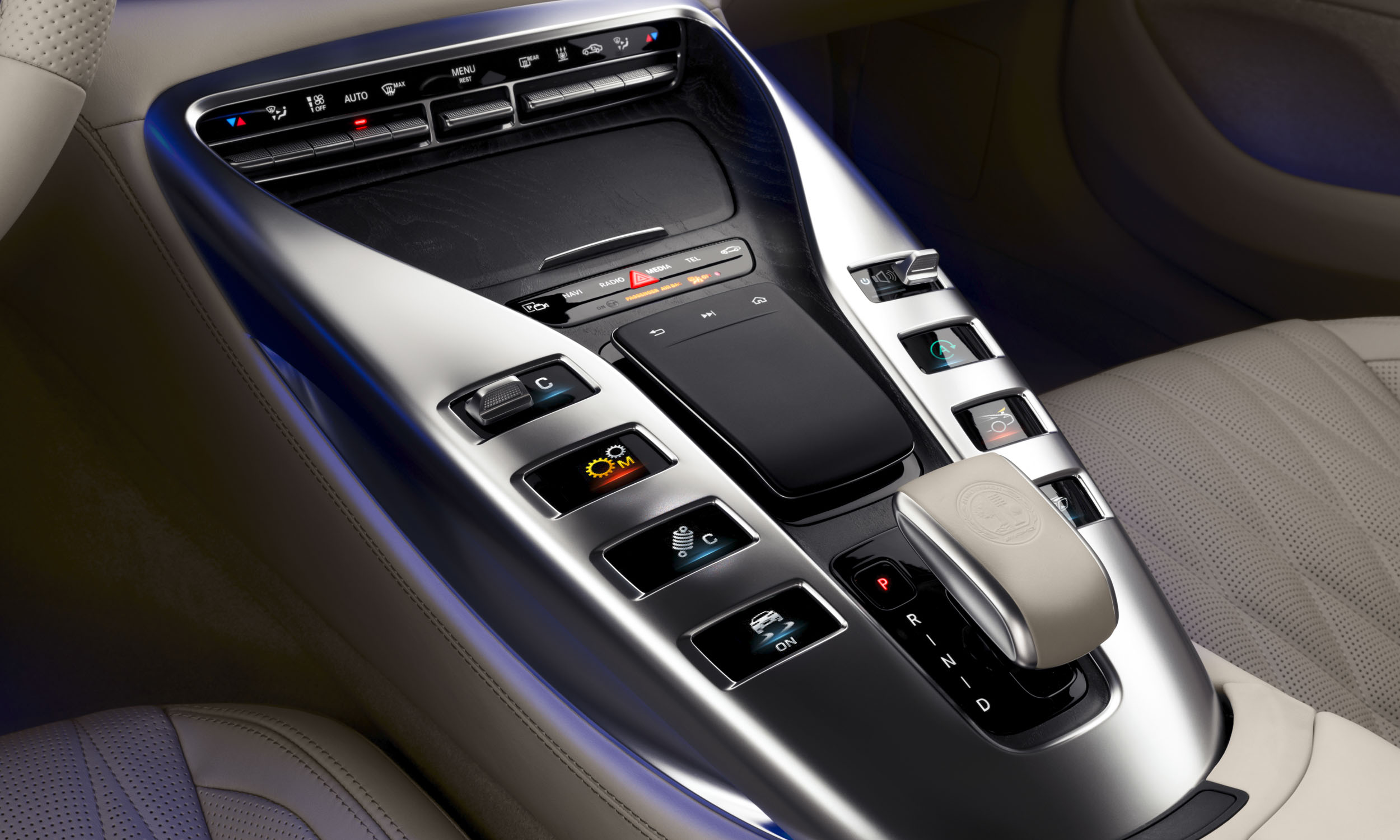 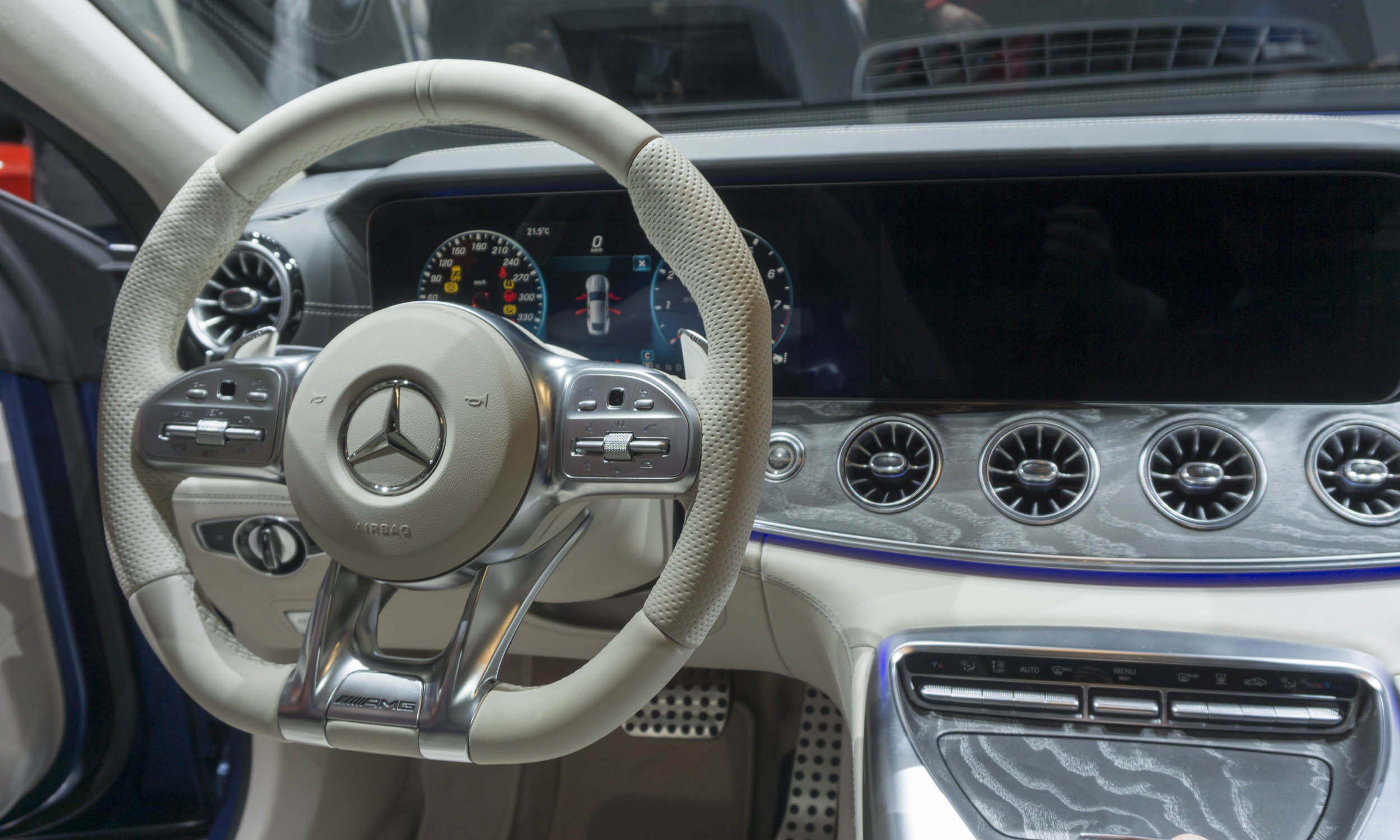 Updated Steering Wheel
The new 4-Door also gets the newest AMG steering wheel. Controls for the infotainment system as well as vehicle setting, exhaust system and drive mode are easily accessible, reducing the need to remove hands from the steering wheel. 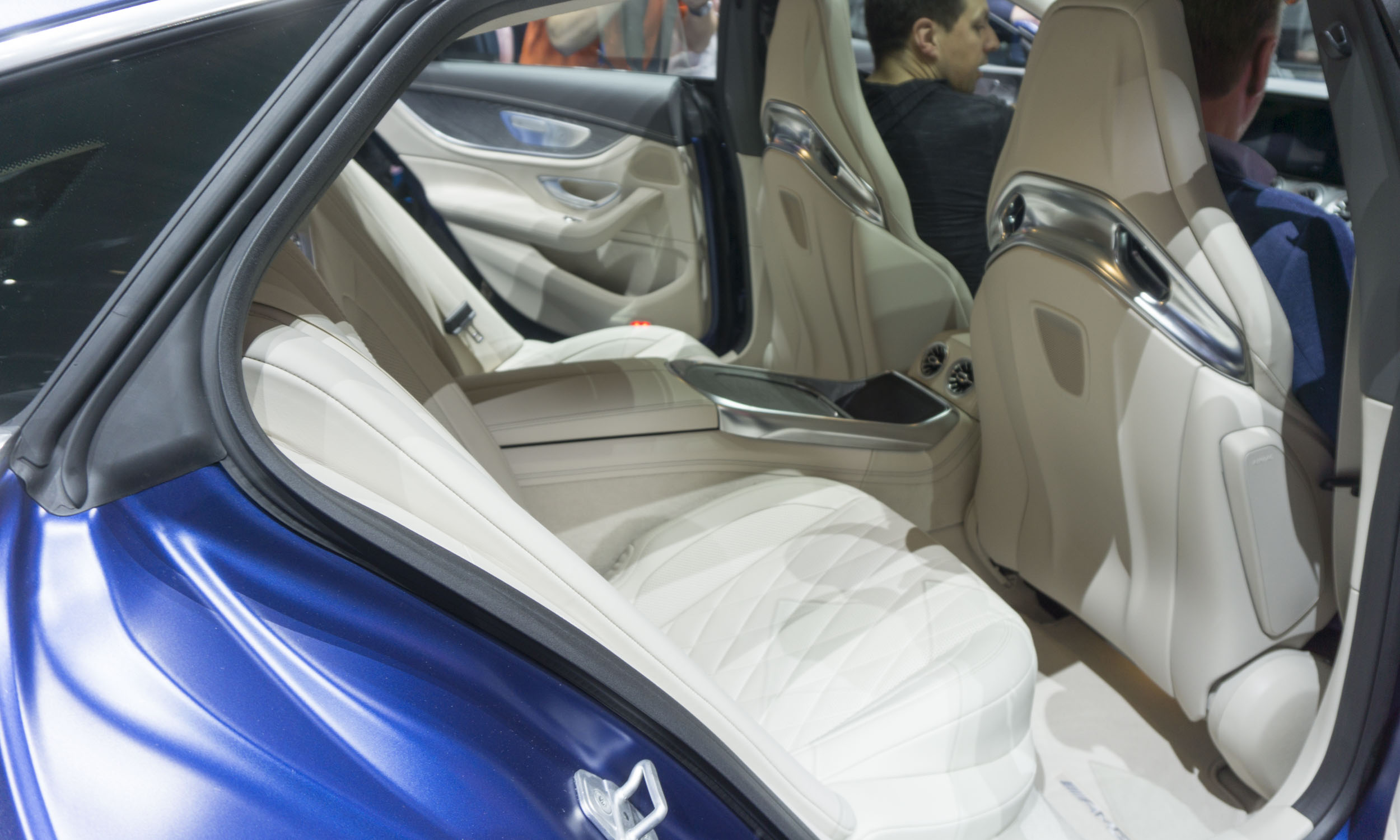 Seating for Four
The AMG GT 4-Door Coupe will seat up to four in a cabin configurable in a variety of options and styles. Front seats can range from luxurious with diamond-quilted leather to serious performance seats with integrated head restraints. 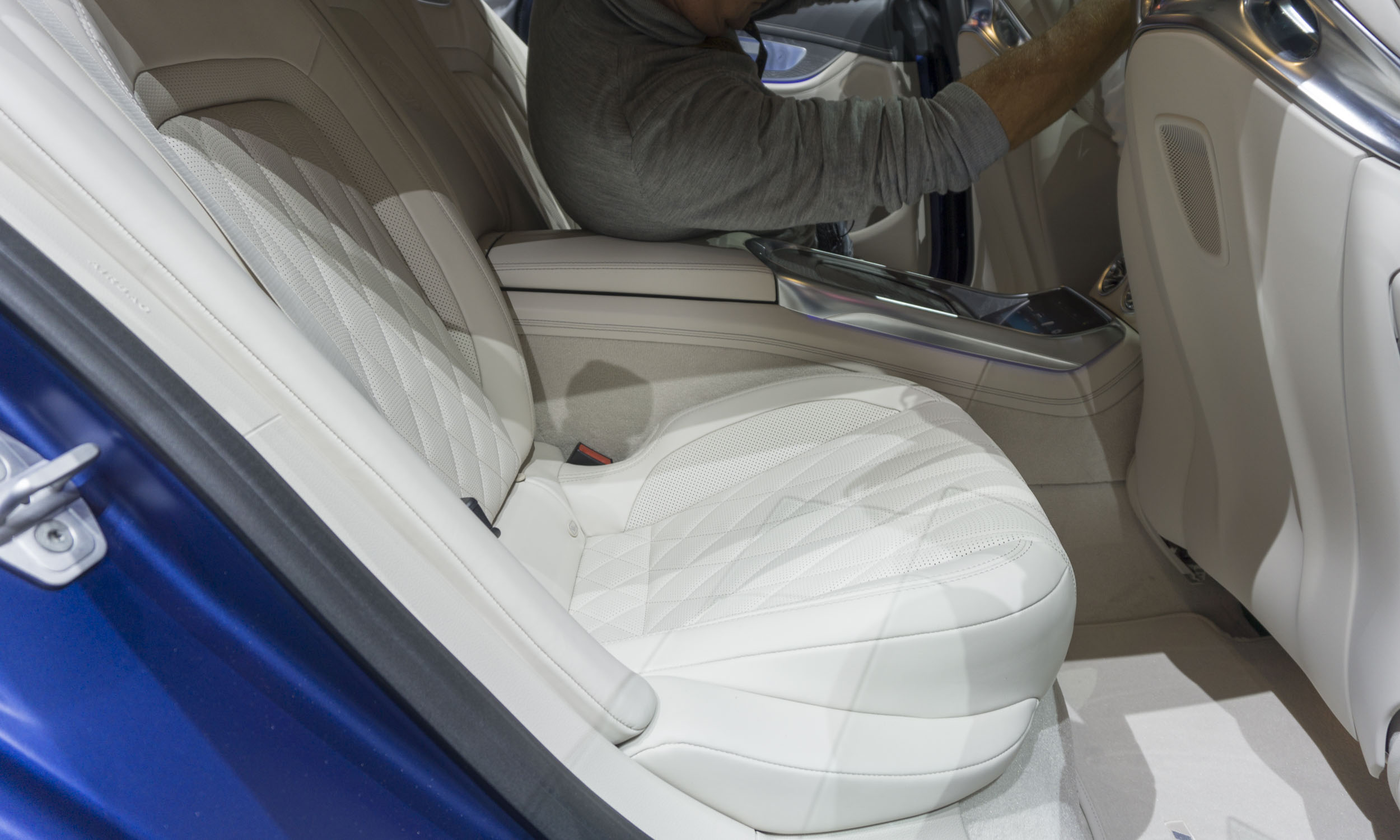 Rear Seats
Rear seats can be configured with two carbon fiber-backed sport seats (which do not fold) or with the Executive Rear Seat which features a center console with a touchpad screen, allowing rear occupants to control several functions. The Executive Rear Seats are split-folding, providing additional cargo space when needed. 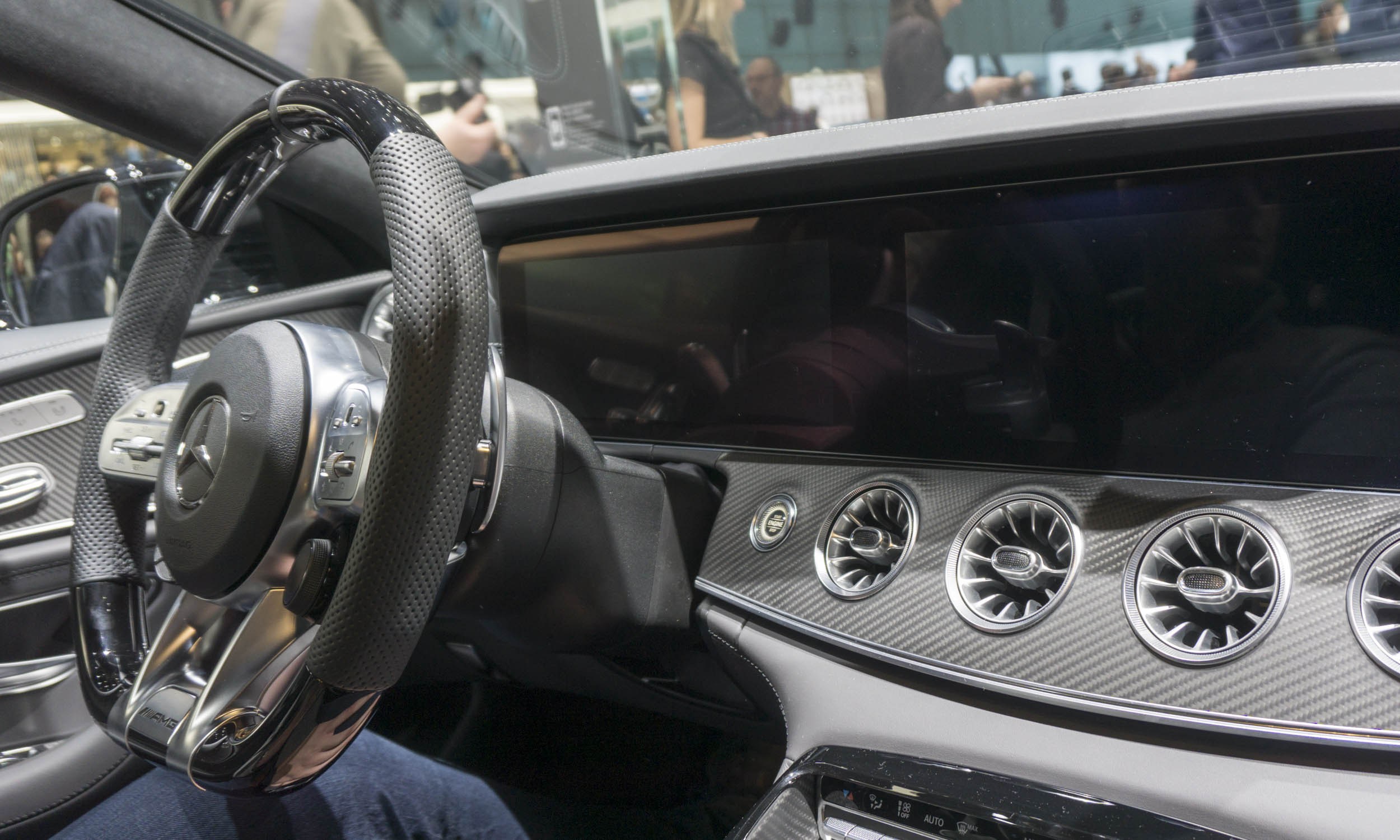 Olfactory Opulence, or Smells Good
Mercedes-Benz introduced aromatherapy in its flagship S-Class — following on that idea, the AMG GT 4-Door Coupe will be available with its own interior fragrance. Mercedes describes the fragrance as an “appealing, sporty scent to match the spirit of the performance brand.” 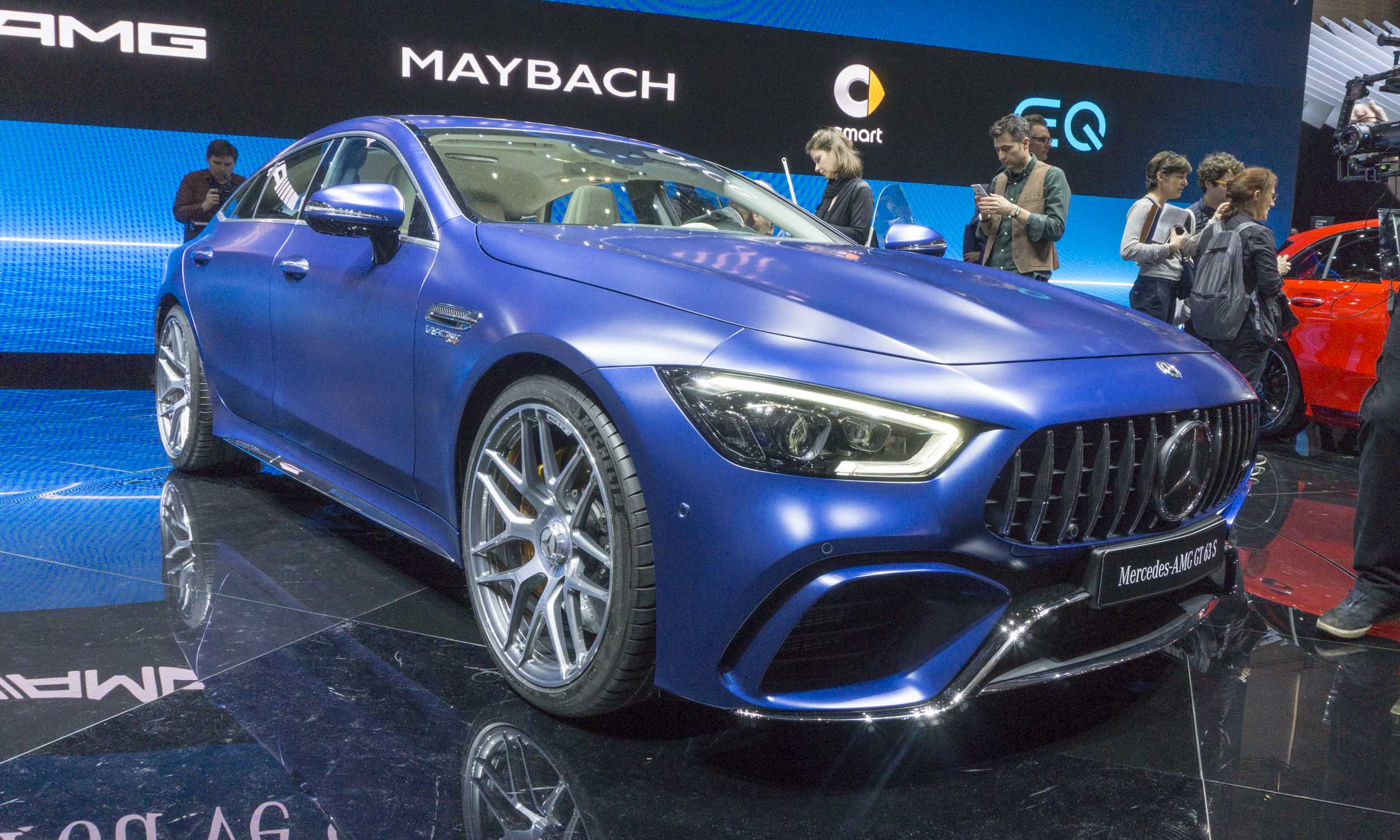 Coming Next Year
Look for the AMG GT 63 and AMG GT 63 S to arrive in showrooms early in 2019. The AMG GT 53 will arrive a few months later. Pricing will be released closer to the on-sale date.