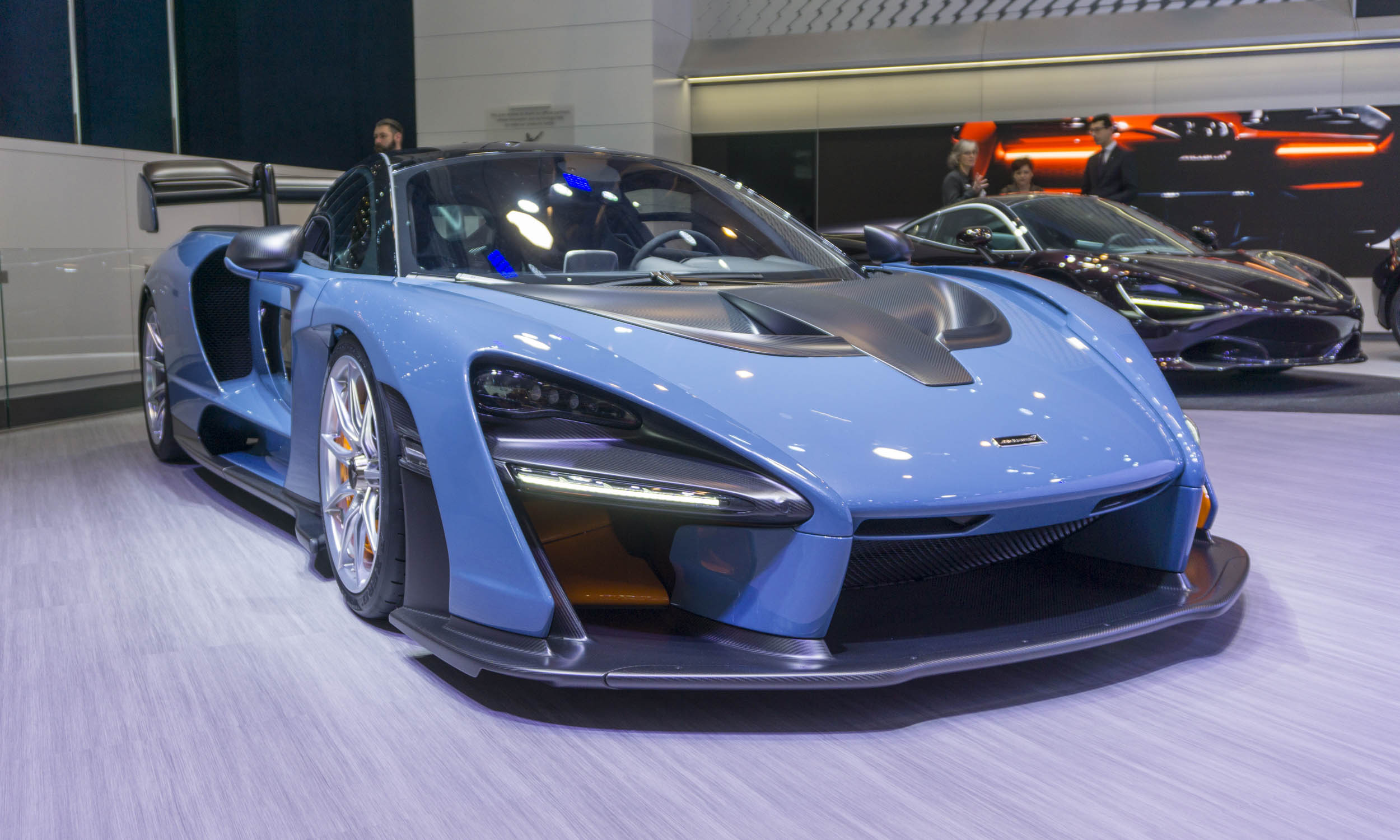 McLaren = Excitement
McLaren always rolls up to the Geneva Motor Show with something truly exciting. Last year the sports car maker brought the new 720S, showcasing incredible power and performance in an eye-catching package. For 2018, McLaren takes performance up a notch or two with the introduction of the all-new Senna. 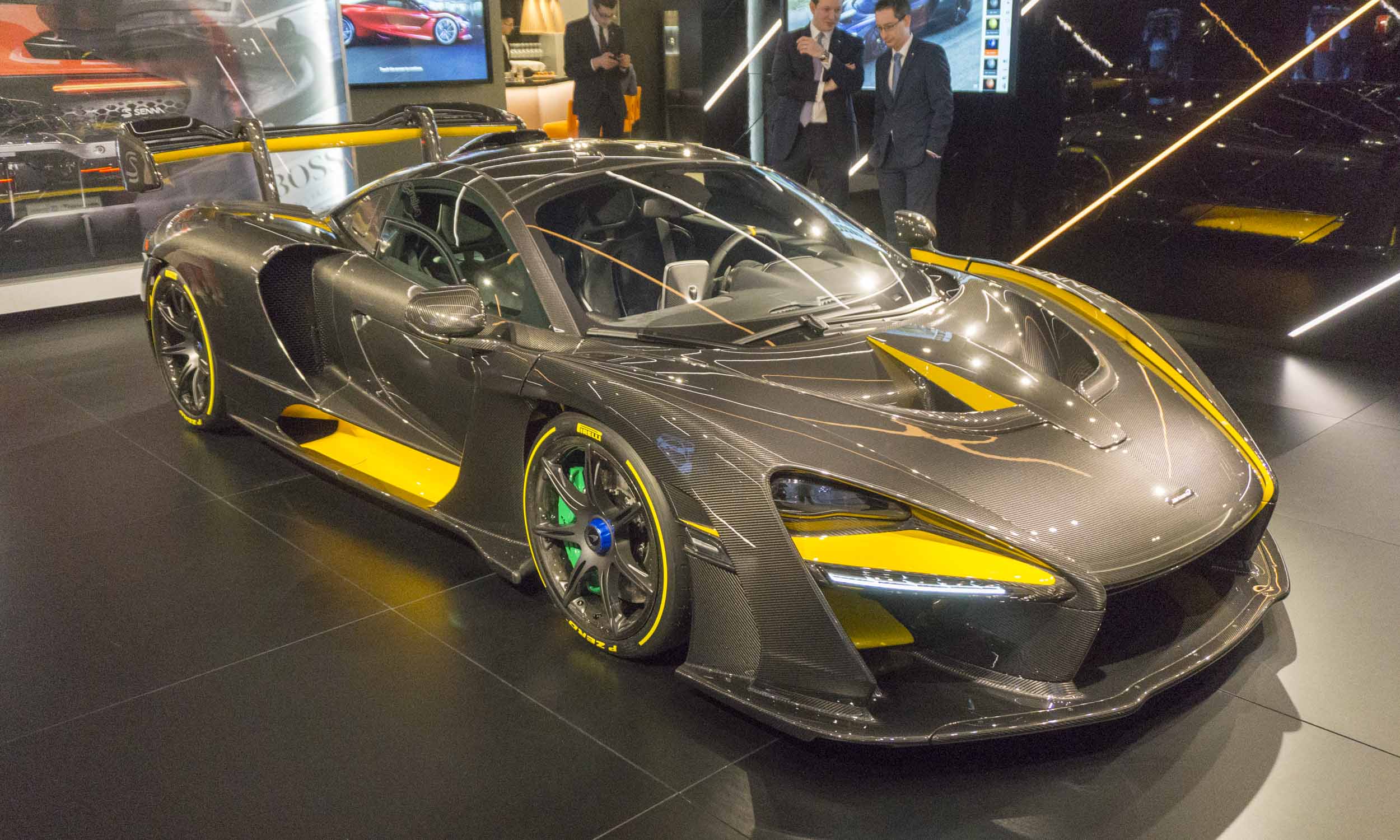 In Memoriam Ayrton Senna
Named for late Formula One World Champion Ayrton Senna, the newest exotic from McLaren is designed to be the ultimate performance car for both street and track. The Senna uses the company’s most powerful internal combustion engine it has ever put into a road car. 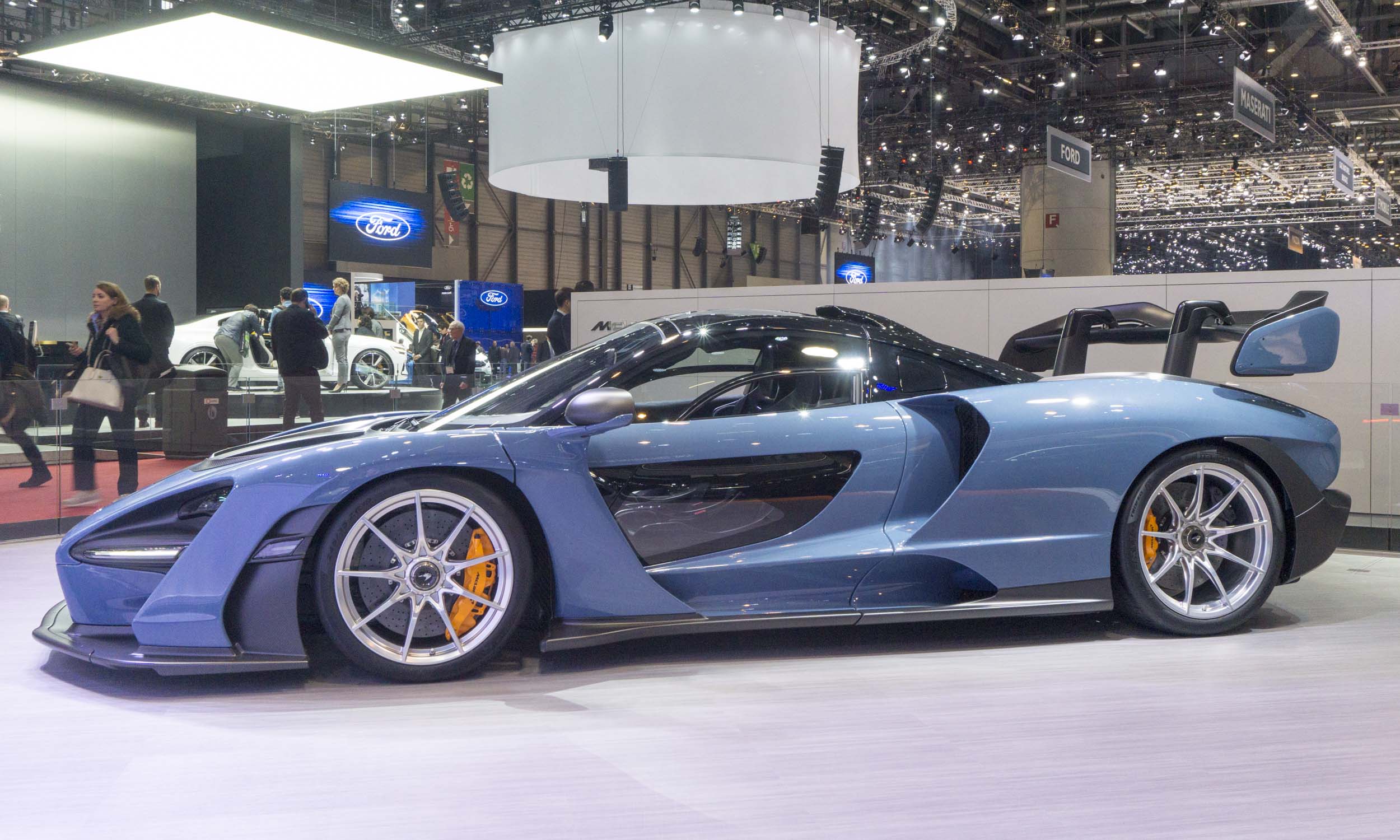 Like No Other Car
“The McLaren Senna is a car like no other: the personification of McLaren’s motorsport DNA, legalized for road use but designed and developed from the outset to excel on a circuit,” said Mike Flewitt, Chief Executive Officer of McLaren Automotive. “Every element of this new Ultimate Series McLaren has an uncompromised performance focus, honed to ensure the purest possible connection between driver and machine and deliver the ultimate track driving experience in the way that only a McLaren can.” 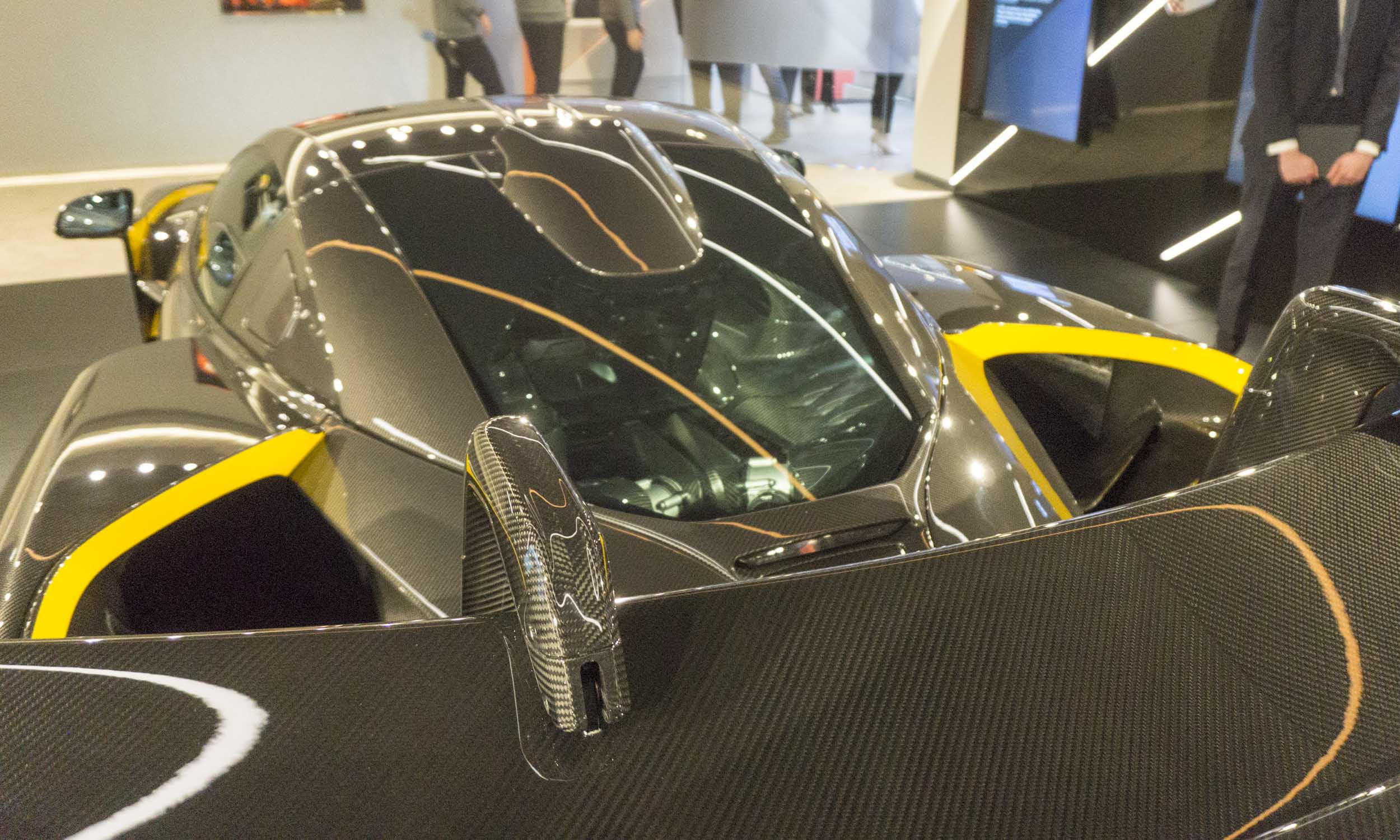 789 Horsepower
Powering the Senna is a 4.0-liter twin-turbo V8 engine that produces a mind-boggling 789 horsepower and 590 lb-ft of torque. Power gets sent to the rear wheels via a 7-speed dual-clutch gearbox. Weighing in at a mere 2,641 pounds, the Senna is the lightest road car from McLaren since the legendary F1. The light weight and enormous power make for some impressive stats. 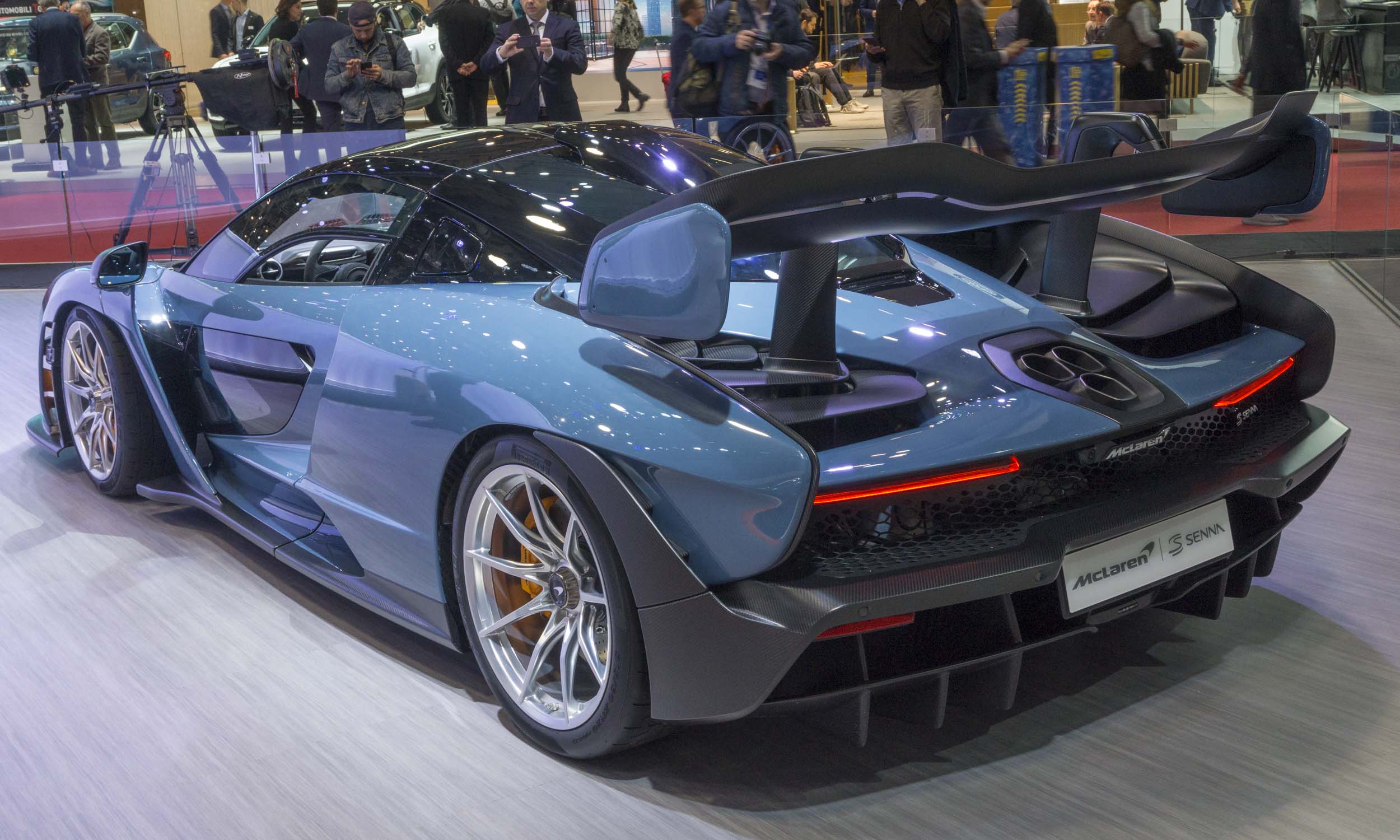 Impressive Stats
The new McLaren Senna can reach 62 mph in 2.8 seconds, 124 mph in 6.8 seconds and can complete a quarter mile in only 9.9 seconds. Top speed is listed at 211 mph. But the Senna is about more than just straightline speed — it’s designed to provide excellent handling on the road or track. 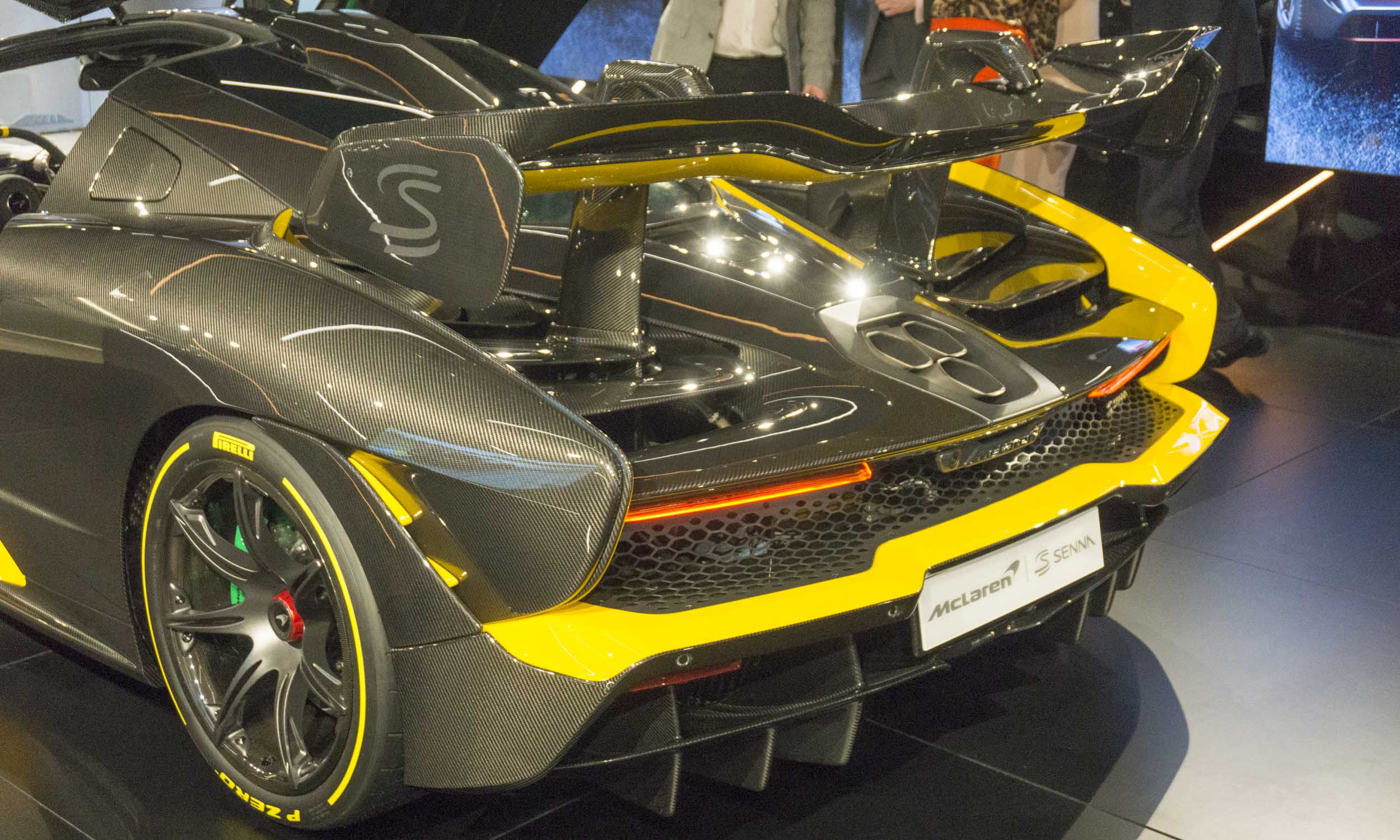 Aerodynamic Design
The design of the new Senna is rather complex, because styling is more about performance than appearance. Every line and angle are about directing air flow, either for ventilating the engine or brakes or for providing stability at speed. The Senna uses active aero front and rear which — when combined with the double-element carbon fiber rear wing — can generate up to 1,763 pounds of downforce at 155 mph. 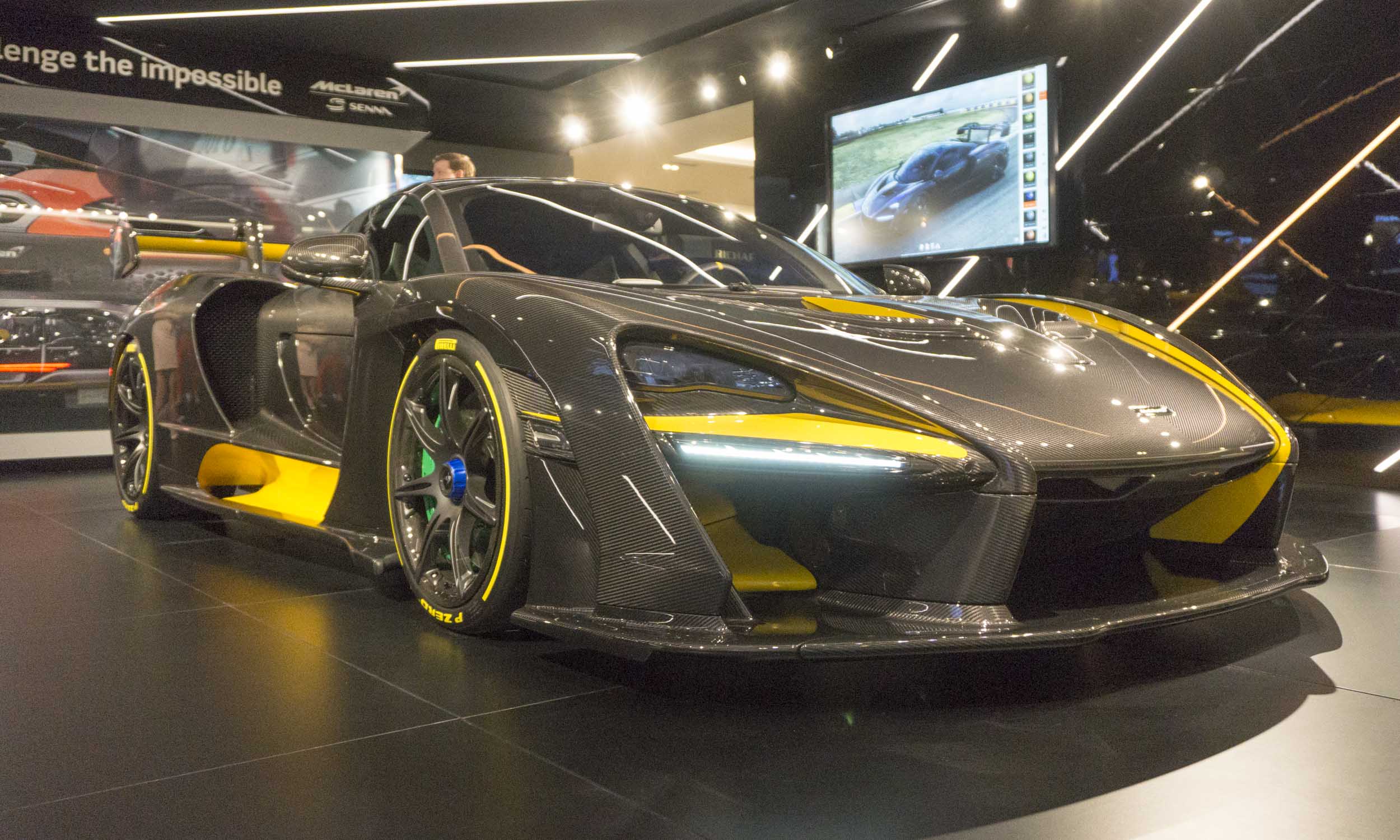 Design Language
“The design language of the McLaren Senna is extremely aggressive and different from any previous McLaren — because no other road-legal McLaren has had to fulfil such an uncompromising brief,” explained Rob Melville, design director of McLaren Automotive. “When you see the car for the first time, you know instantly how single-minded and focused it is; to meet the performance targets we have had to go to an entirely different level from even the McLaren P1.” 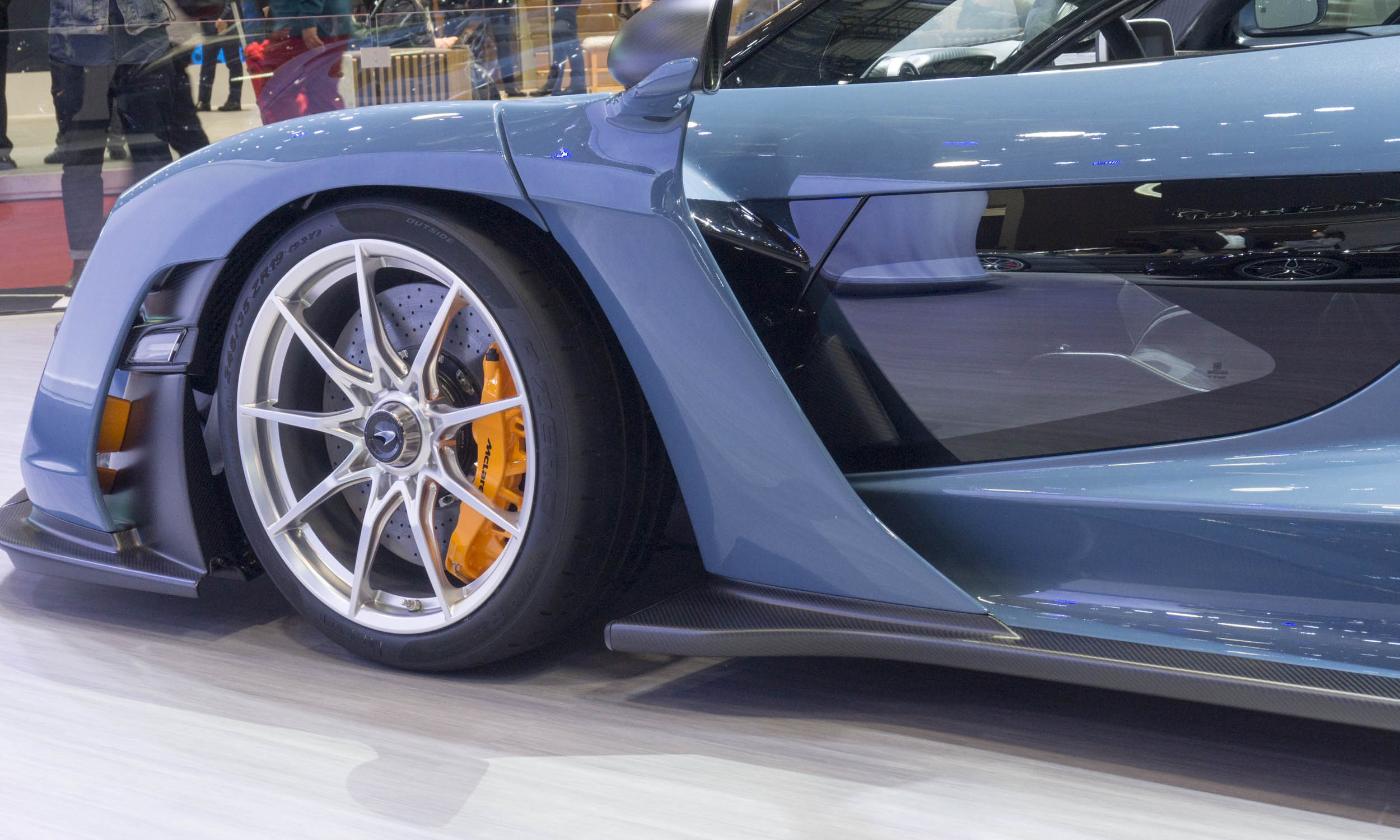 Bespoke Tires
To exploit the high levels of performance possible with the Senna, the car needs to have tires that can handle extreme stress. The Senna showcases bespoke tires developed with Pirelli — the P Zero Trofeo R tires are designed for maximum performance on a dry racetrack or on the street. Tires are mounted on 19-inch front / 20-inch rear ultra-lightweight 9-spoke forged alloy wheels. 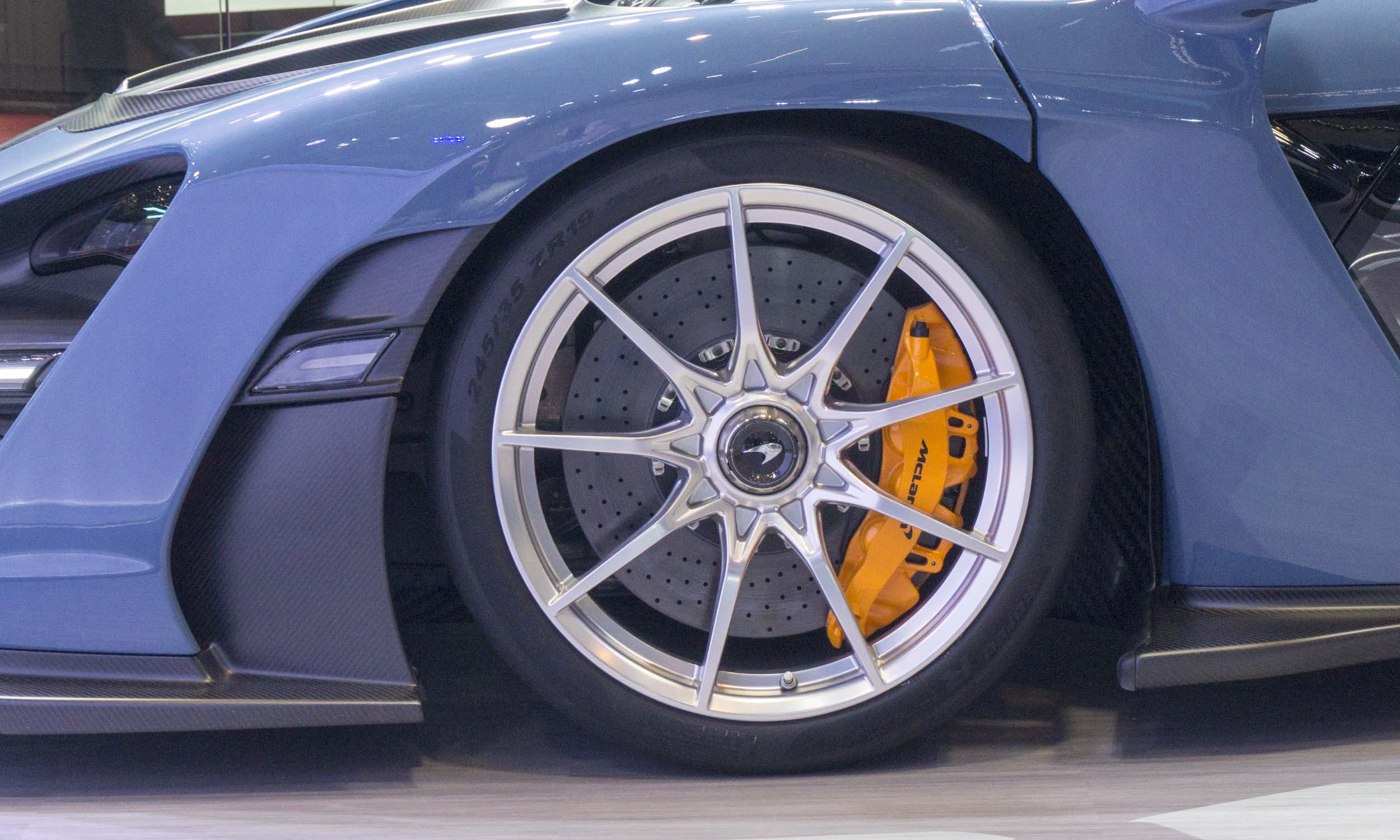 Big Brakes
The Senna is fitted with McLaren’s most advanced brake system it has ever put in a road car. The carbon-ceramic brake discs take seven months to create and have cooling veins machined into the disc instead of molded. Front calipers have 6 ventilated pistons for maximum cooling. 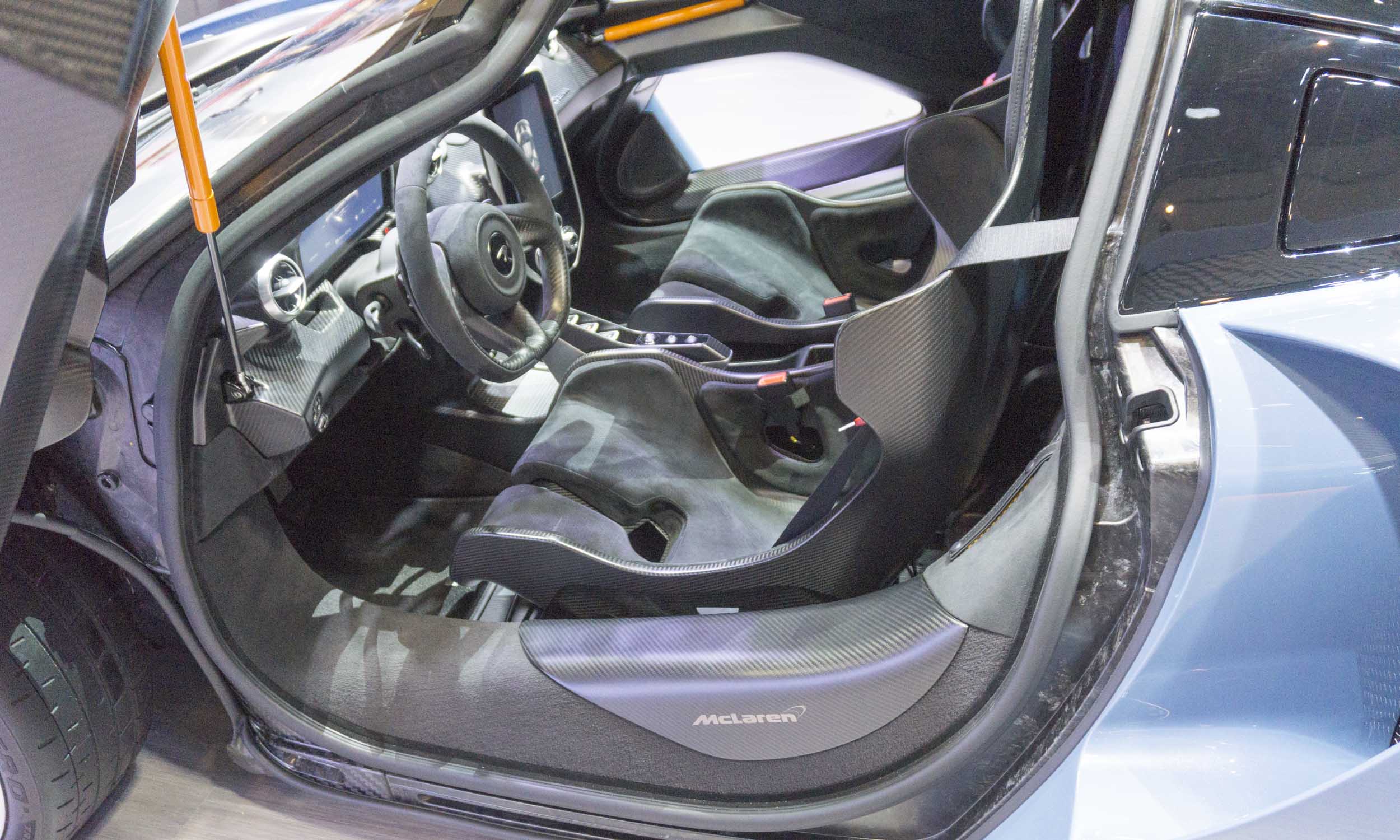 Carbon Fiber Construction
At the heart of the Senna is the strongest carbon-fiber monocoque McLaren has ever put in a road car. In addition, body panels are also made from carbon fiber, making them extremely lightweight as well as being up to the challenge of maintaining structural rigidity while subjected to the strong aerodynamic forces generated on a racetrack. The carbon fiber body panels weigh 132 pounds. 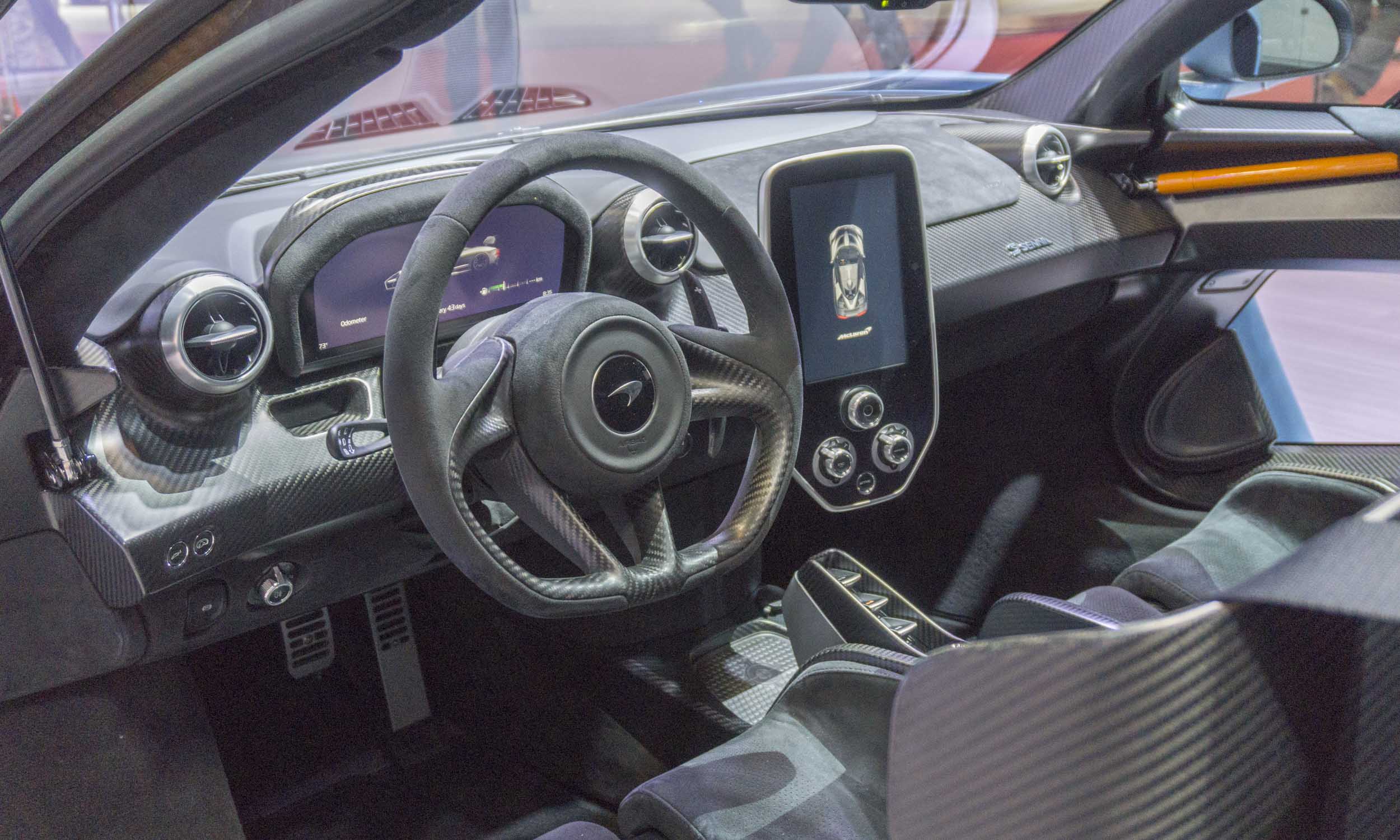 Interior Appointments
The Senna’s interior sports plenty of exposed carbon fiber and Alcantara trim. Not only does this telegraph a properly sporty feel, it also is another weight-saving move. The steering wheel also is trimmed in Alcantara and unlike many other exotic sportscars, it has no buttons or switches that distract from the driving experience. Gearshift paddles trimmed in satin-finish visual carbon fiber are fixed behind the steering wheel. 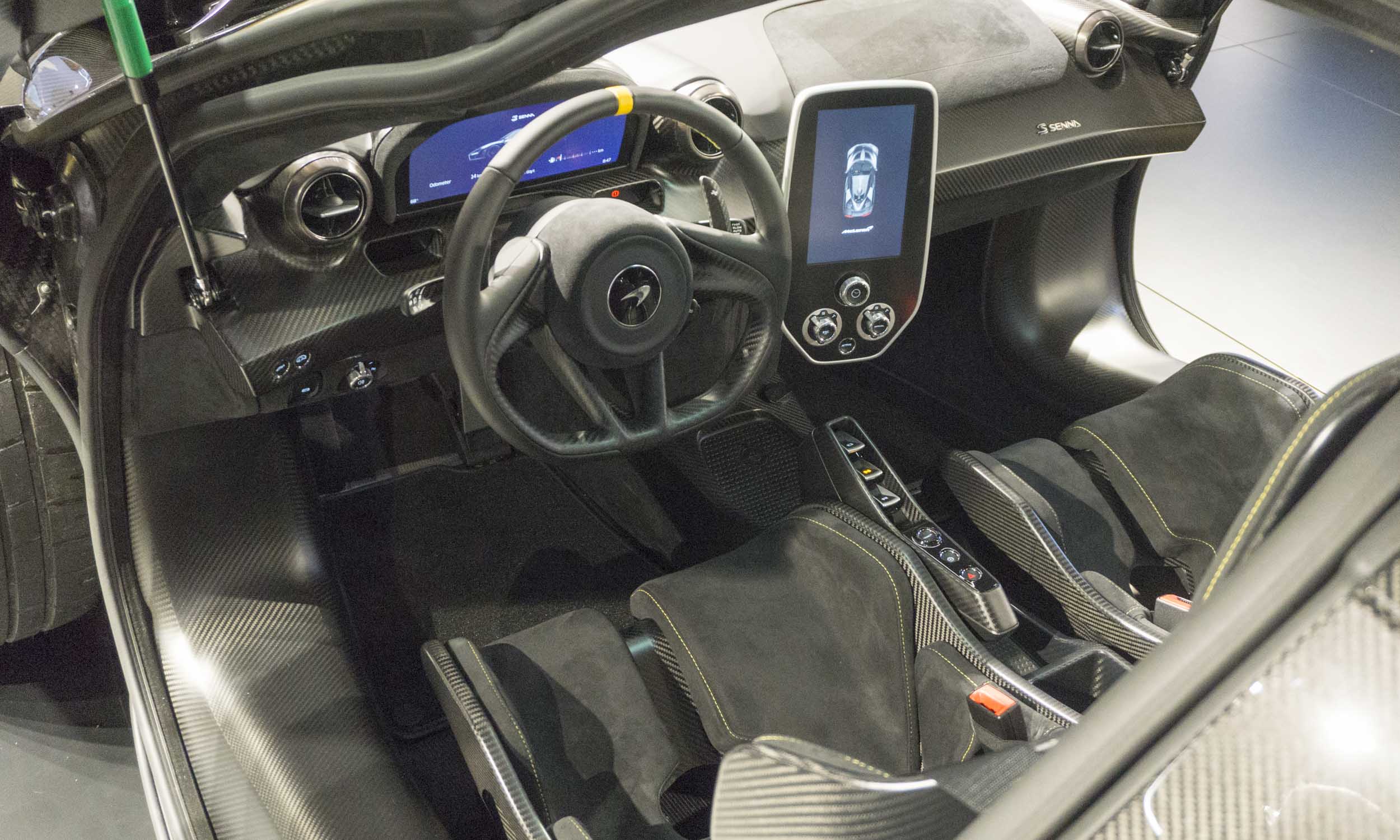 Added Luxury
Luxury and convenience features available for the Senna include high-grade leather as well as a wider version of the lighweight carbon fiber seat. Parking sensors and a rearview camera are no-cost options, and McLaren collaborated with Bowers & Wilkins to create an audio system specifically designed for the McLaren Senna — the ultralightweight 7-speaker audio system weighs a mere 16 pounds. 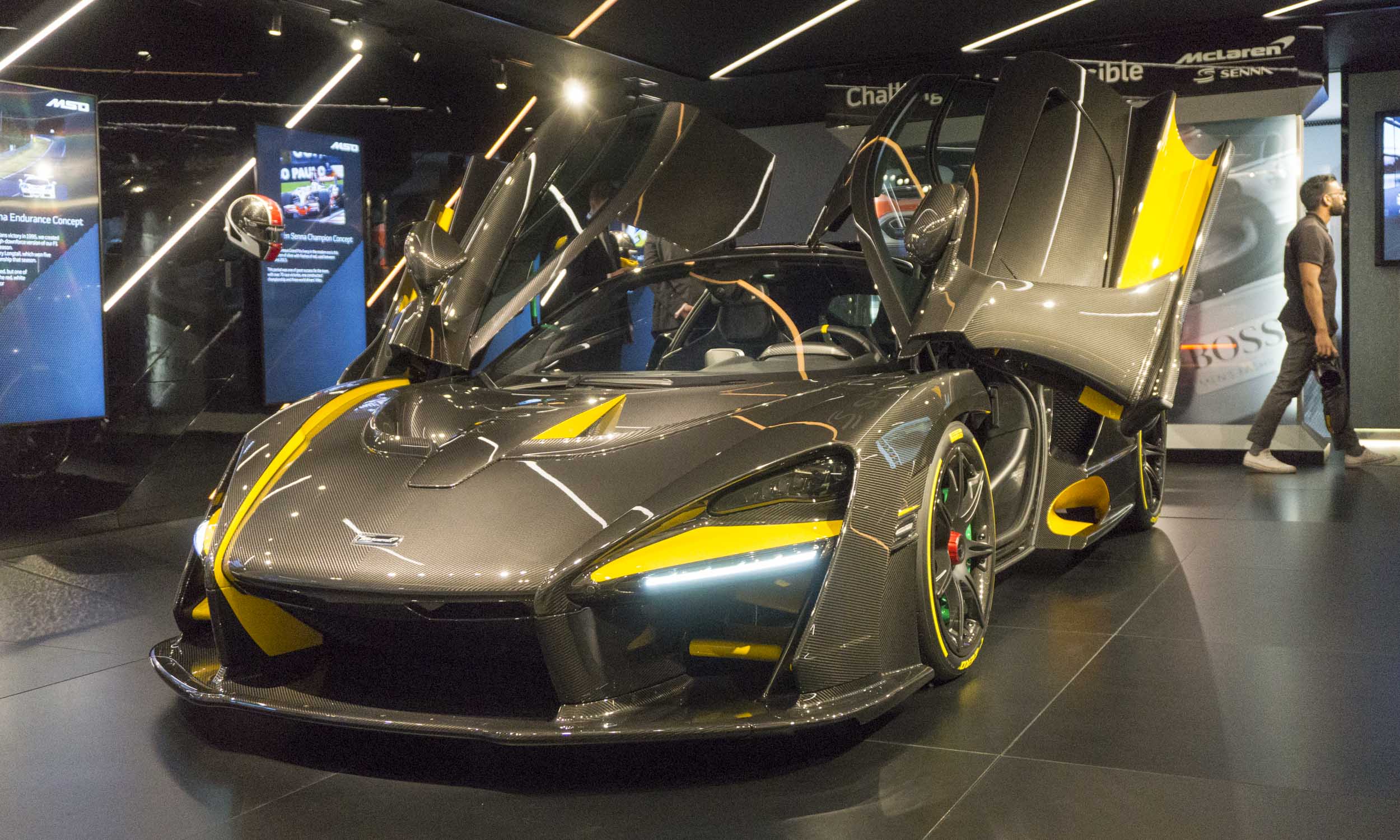 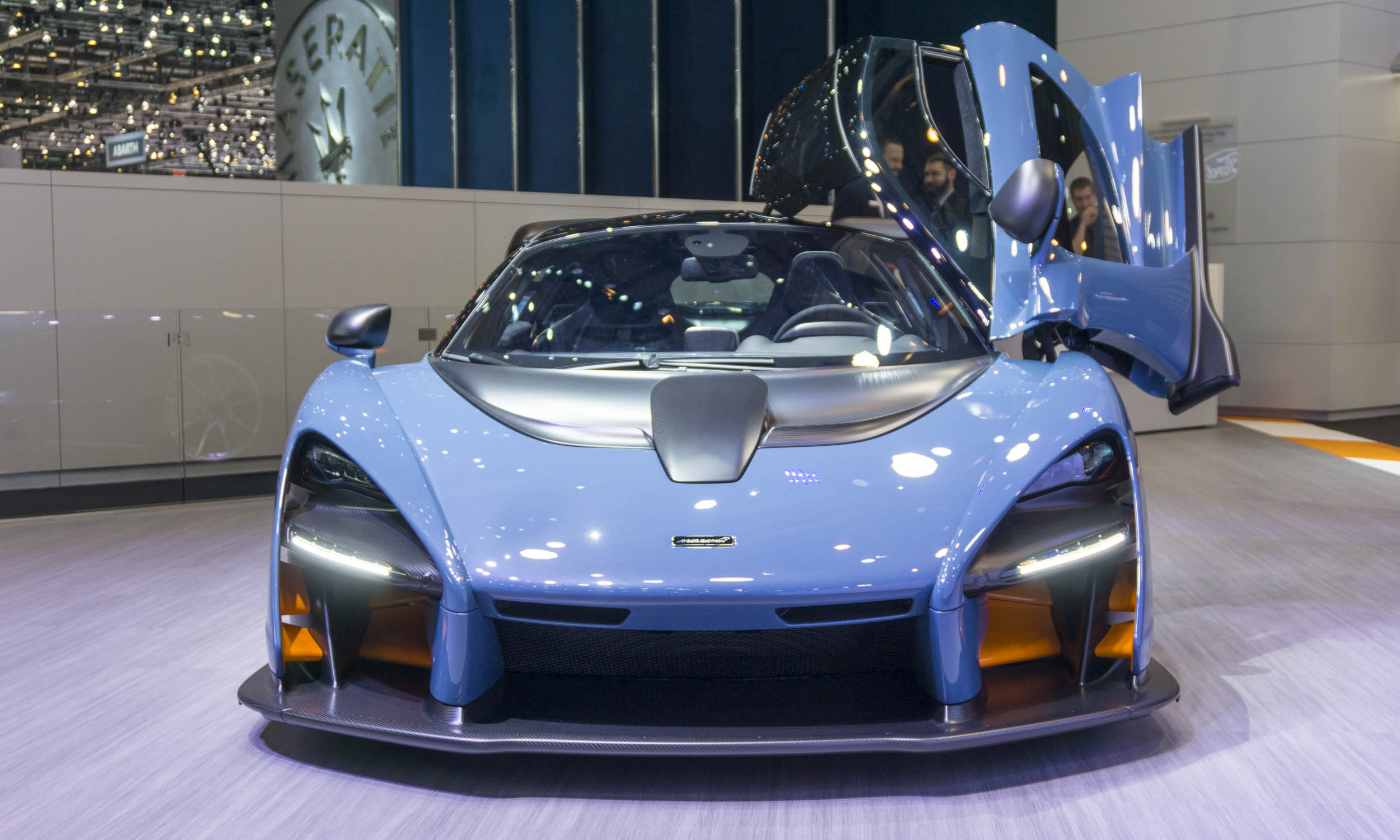 Price and Availability
The base price of the McLaren Senna in the U.S. is set at $958,966. But don’t stress if this seems like too much money to spend on a car — only 500 units will be built, and all have been presold. The exception was one car sold at auction last year for £2 million the proceeds of which went to the Ayrton Senna Institute, a nonprofit organization dedicated to providing education for nearly two million underprivileged children in Brazil. 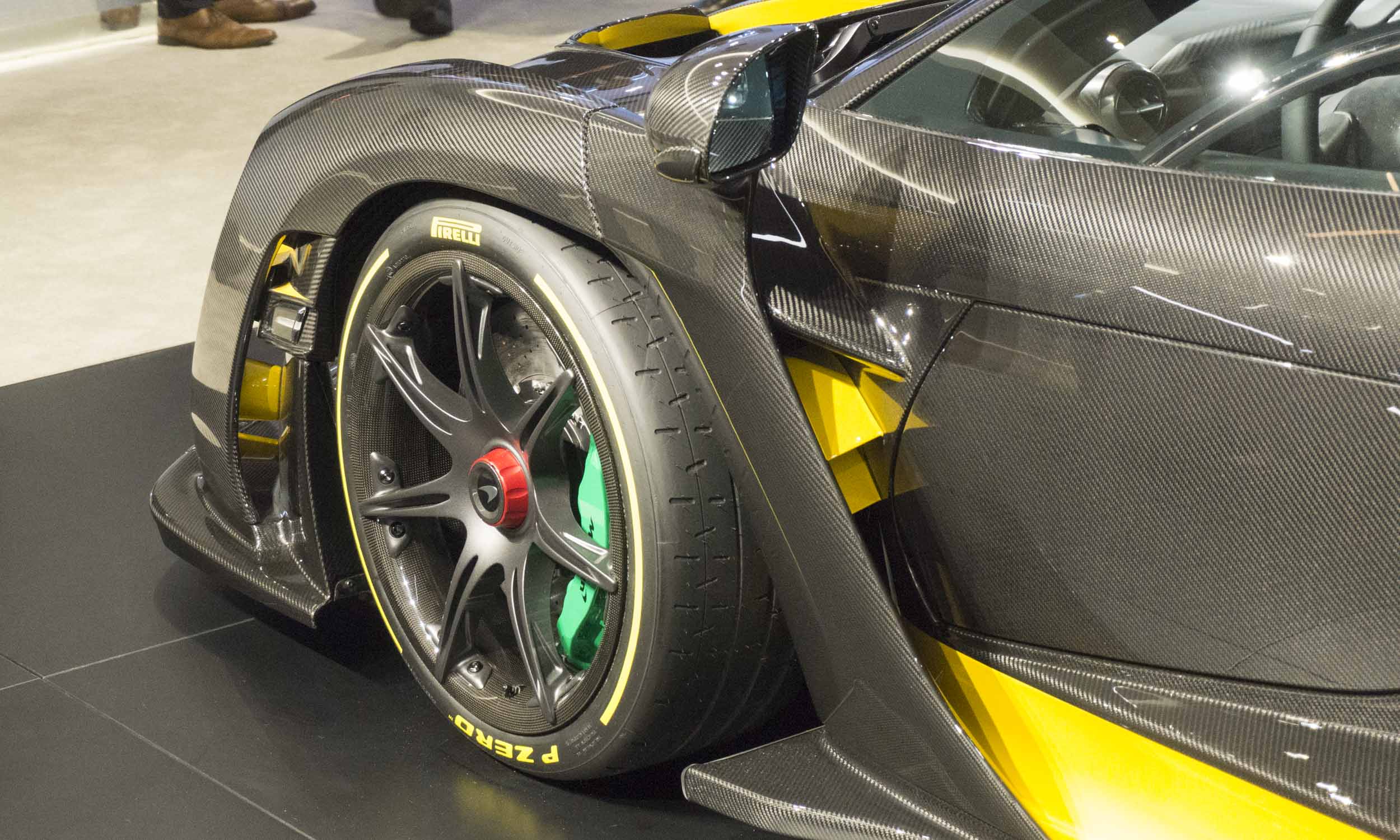 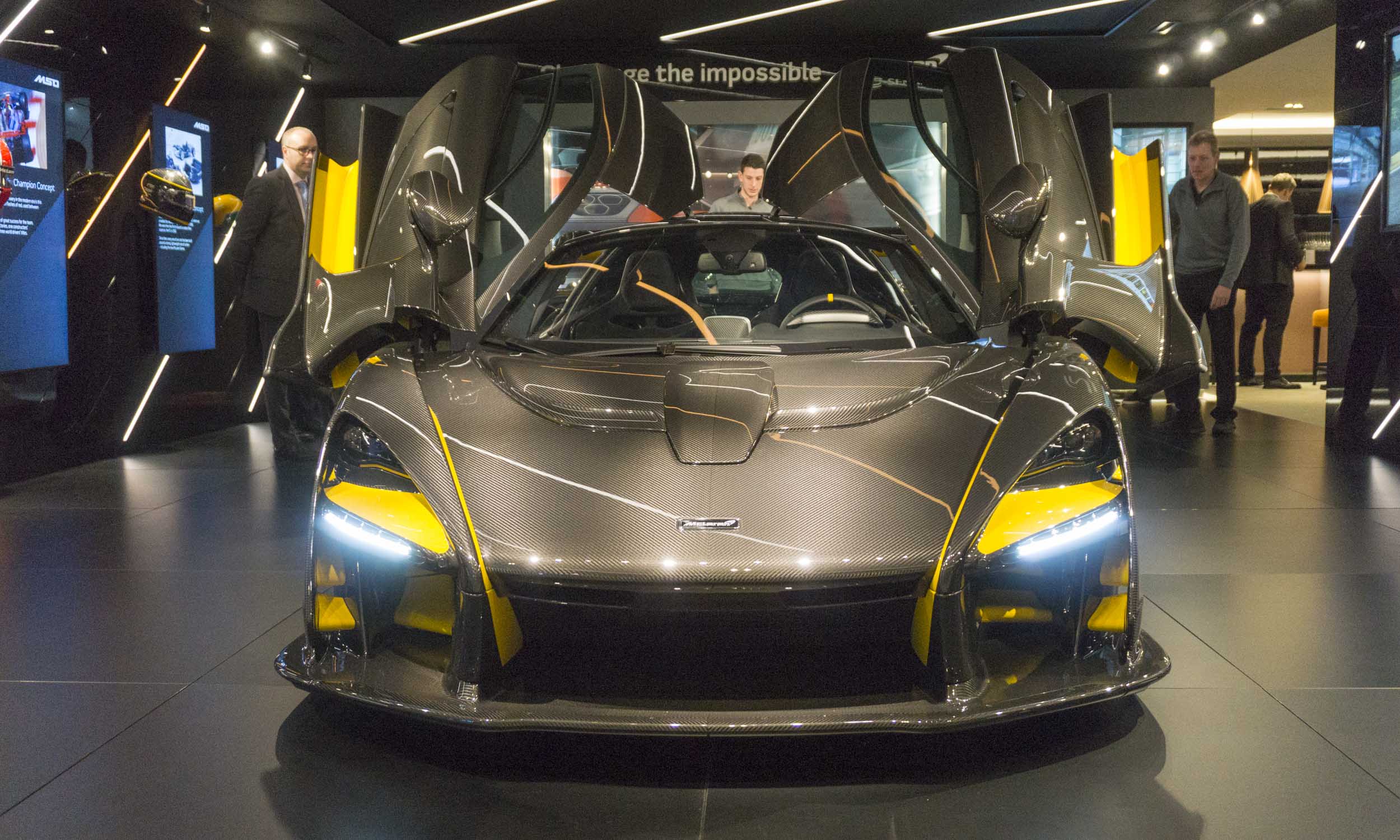 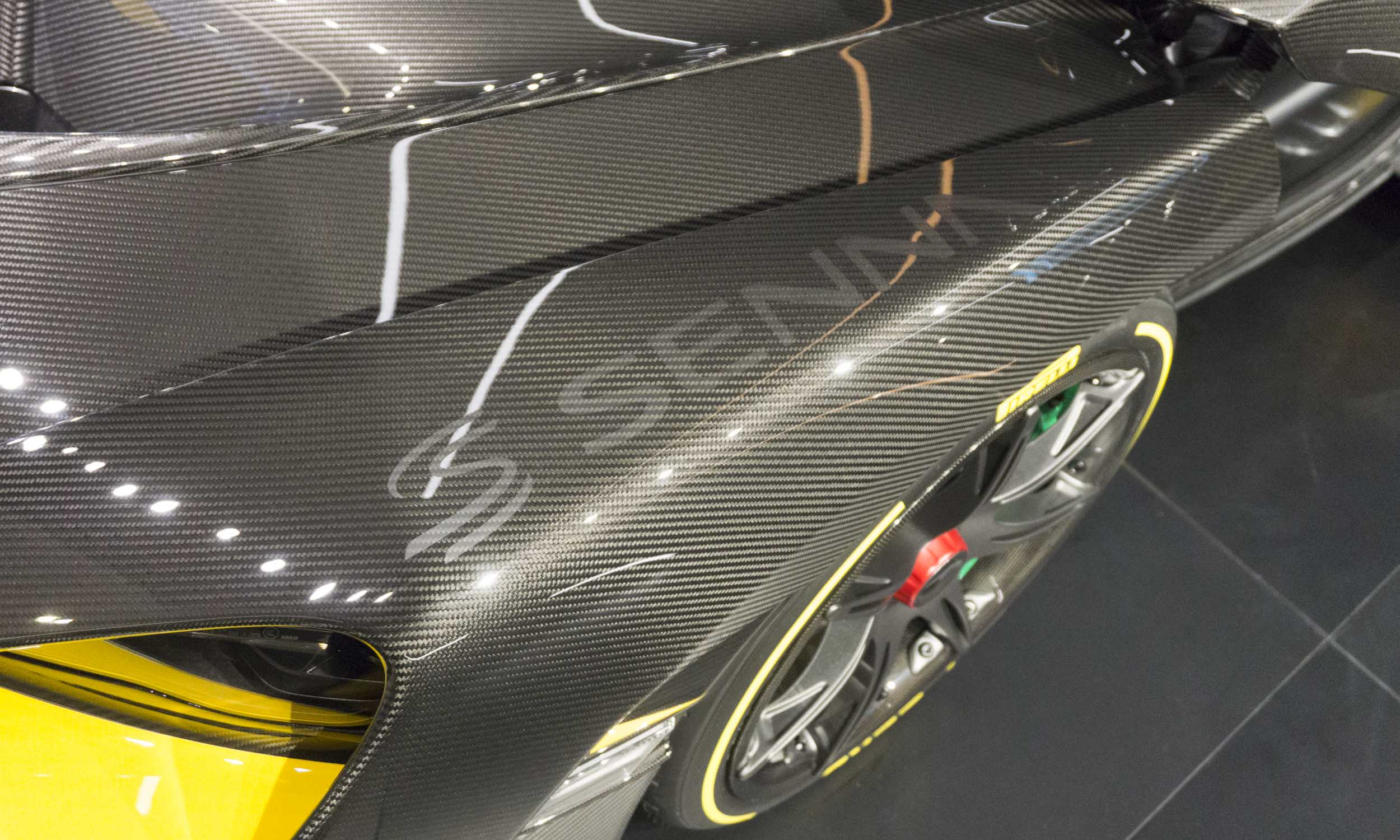 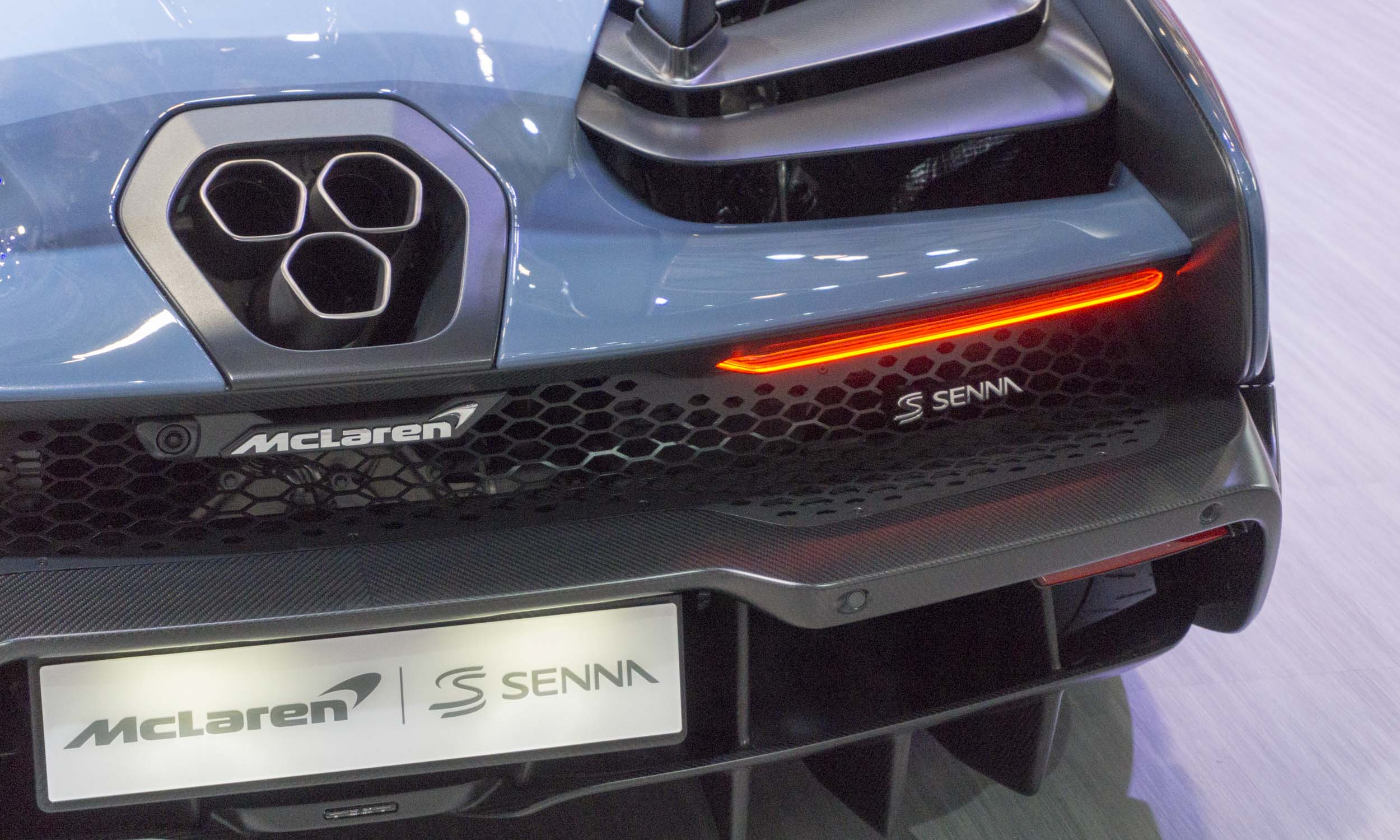 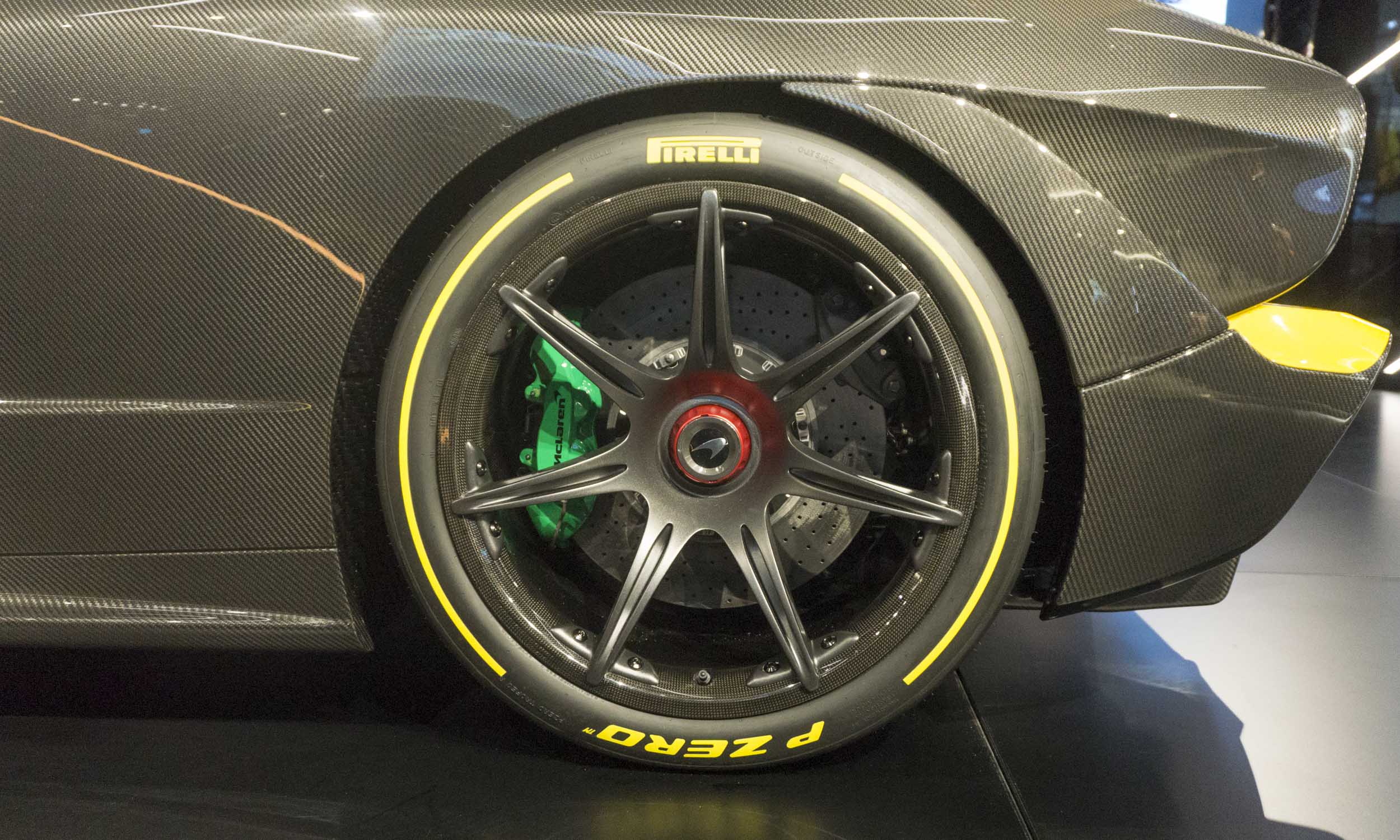 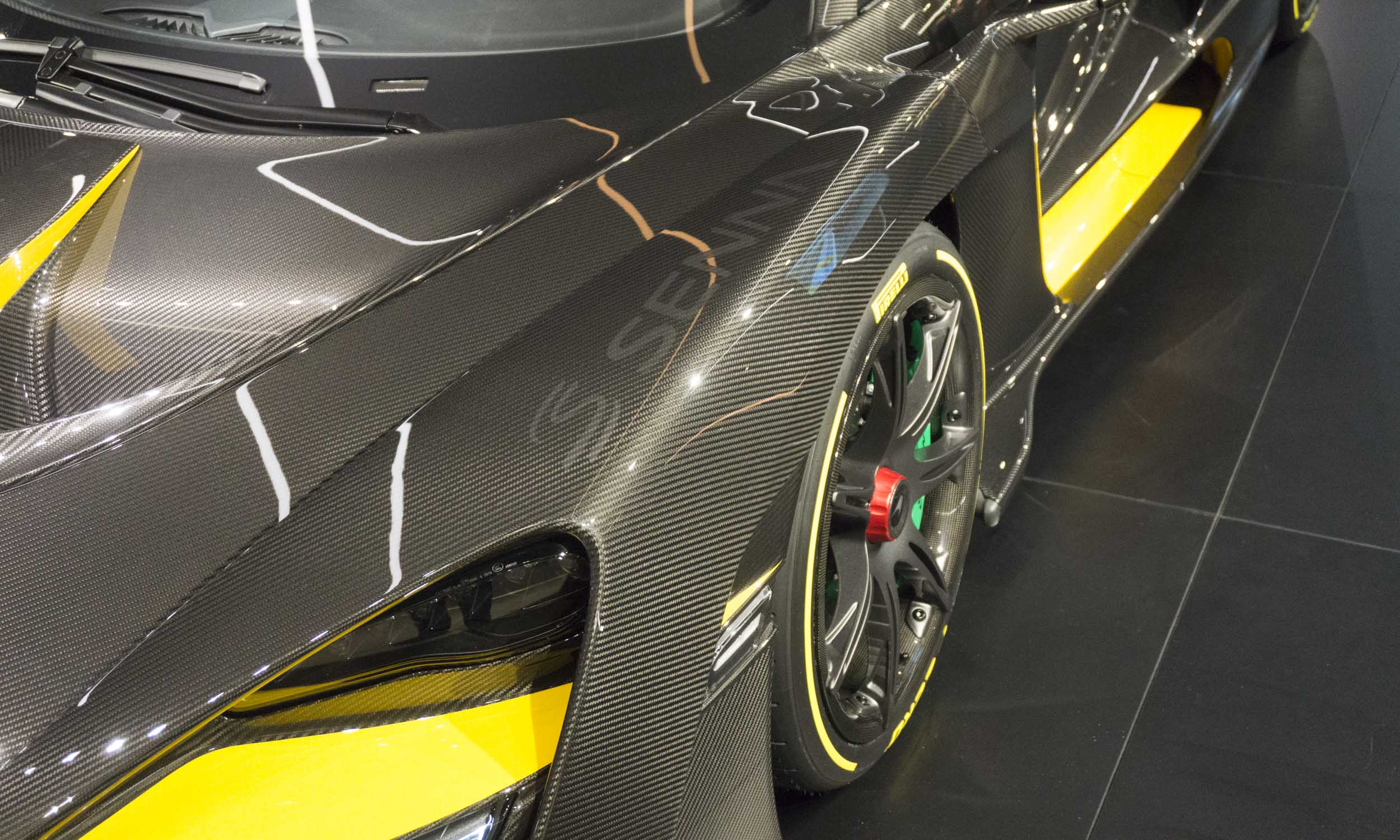