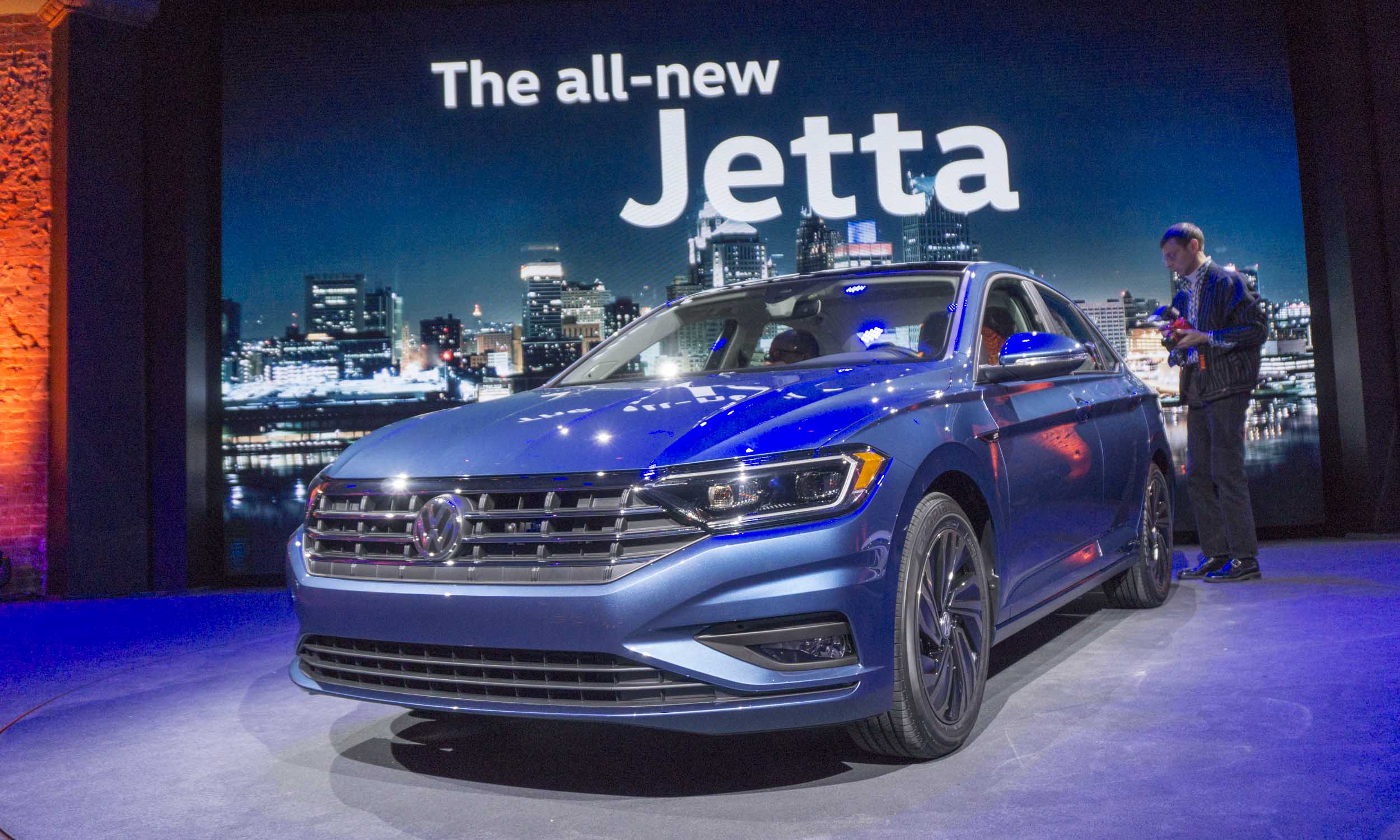 All New
When a car company introduces a new version of their best-selling model, it’s a big deal. That’s what Volkswagen has done on the eve of the 2018 Detroit Auto Show with the debut of the all-new 2019 Jetta. Built on a completely new platform, the Jetta features a sleek coupelike design that gives a sporty look to this popular sedan. 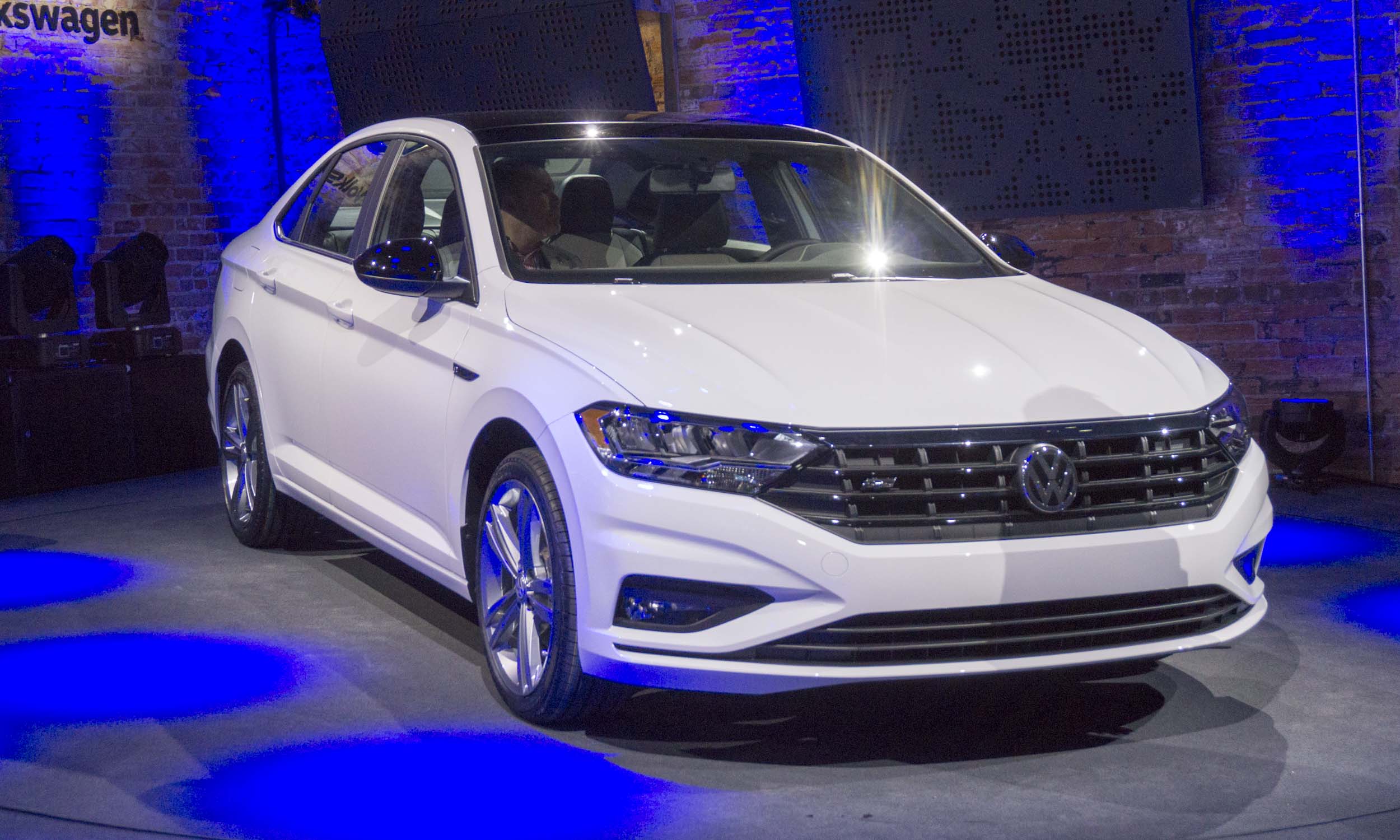 Best-Seller
“The Jetta has long been Volkswagen’s best-selling vehicle in the United States,” said Hinrich J. Woebcken, CEO of the North American region for Volkswagen, “and we expect that this all-new car will continue to resonate with buyers in the compact sedan class. With its combination of great technology, fuel-efficient drivetrains, sporty styling, upscale interior and amenities, and fun-to-drive nature, we expect that the Jetta will make a huge splash in the compact sedan market when it goes on sale.” 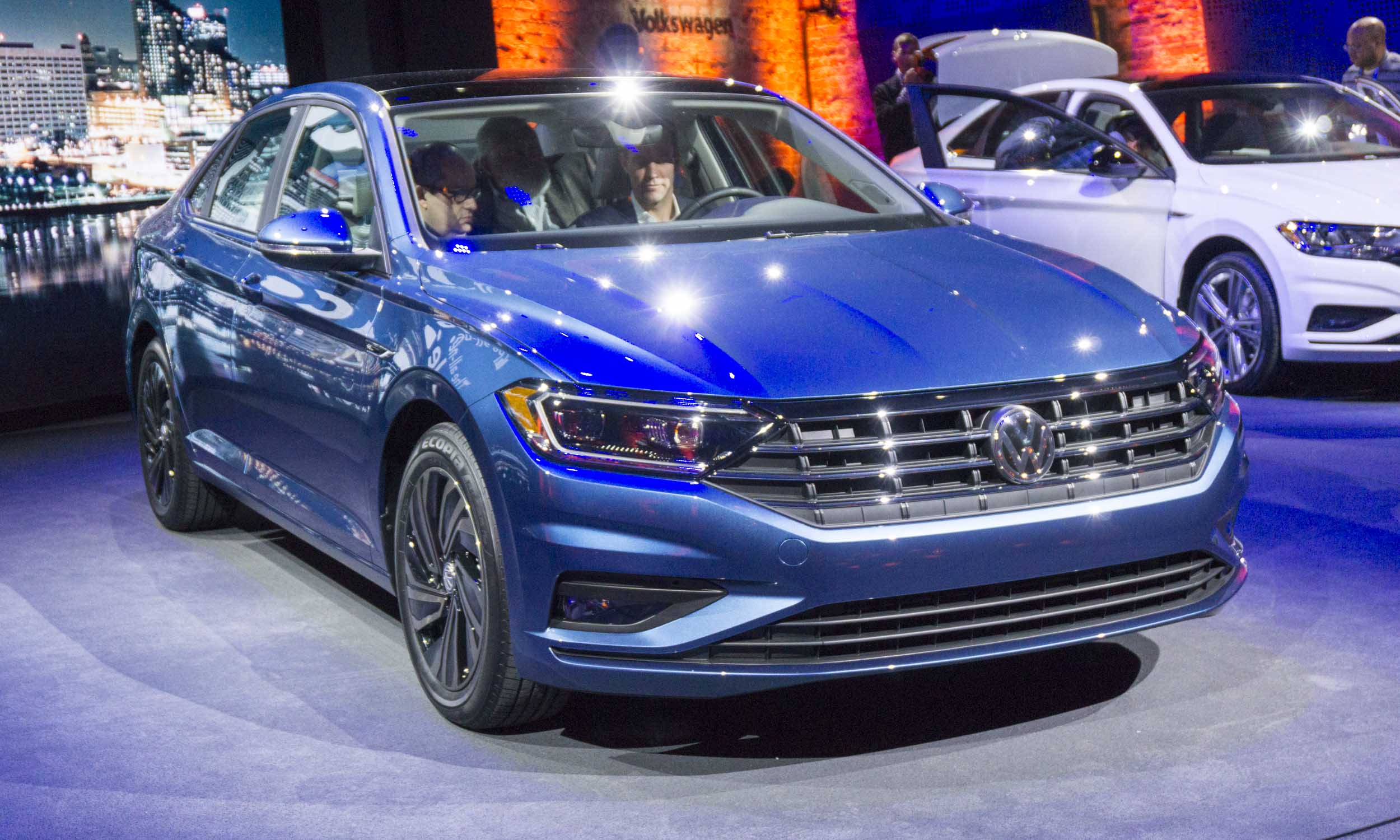 Upscale Styling
The new Jetta has a look that feels much more upscale than the outgoing model. Redesigned headlights with signature LED running lights are nicely integrated into the wide grille, creating a seamless line across the front. A sculpted hood adds to the sportier appearance. 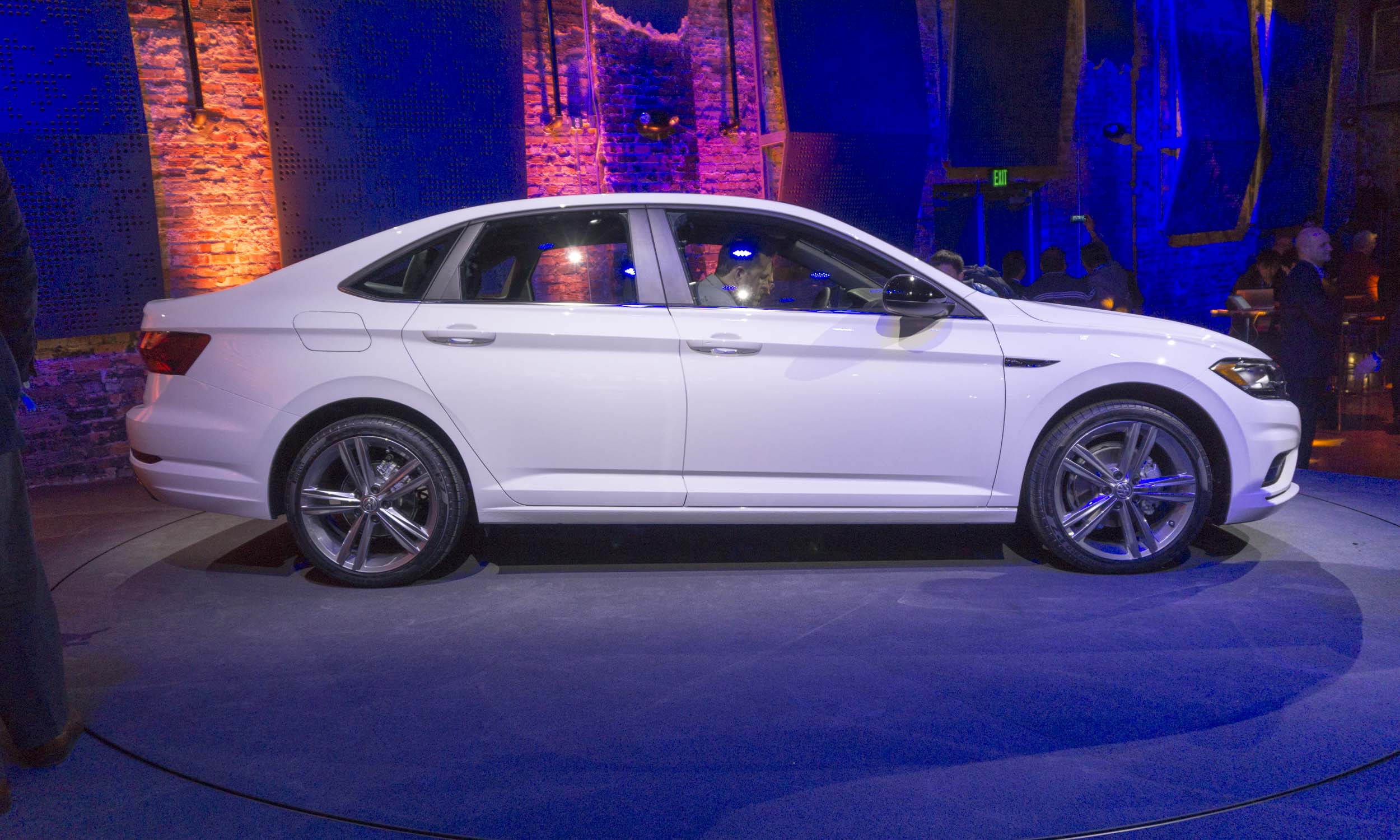 Crisp Lines
Additional character lines draw from the front fender through the door handles to the new taillights, adding to the crisp style of the new model. The integrated exhaust outlets at the rear complete the polished look. 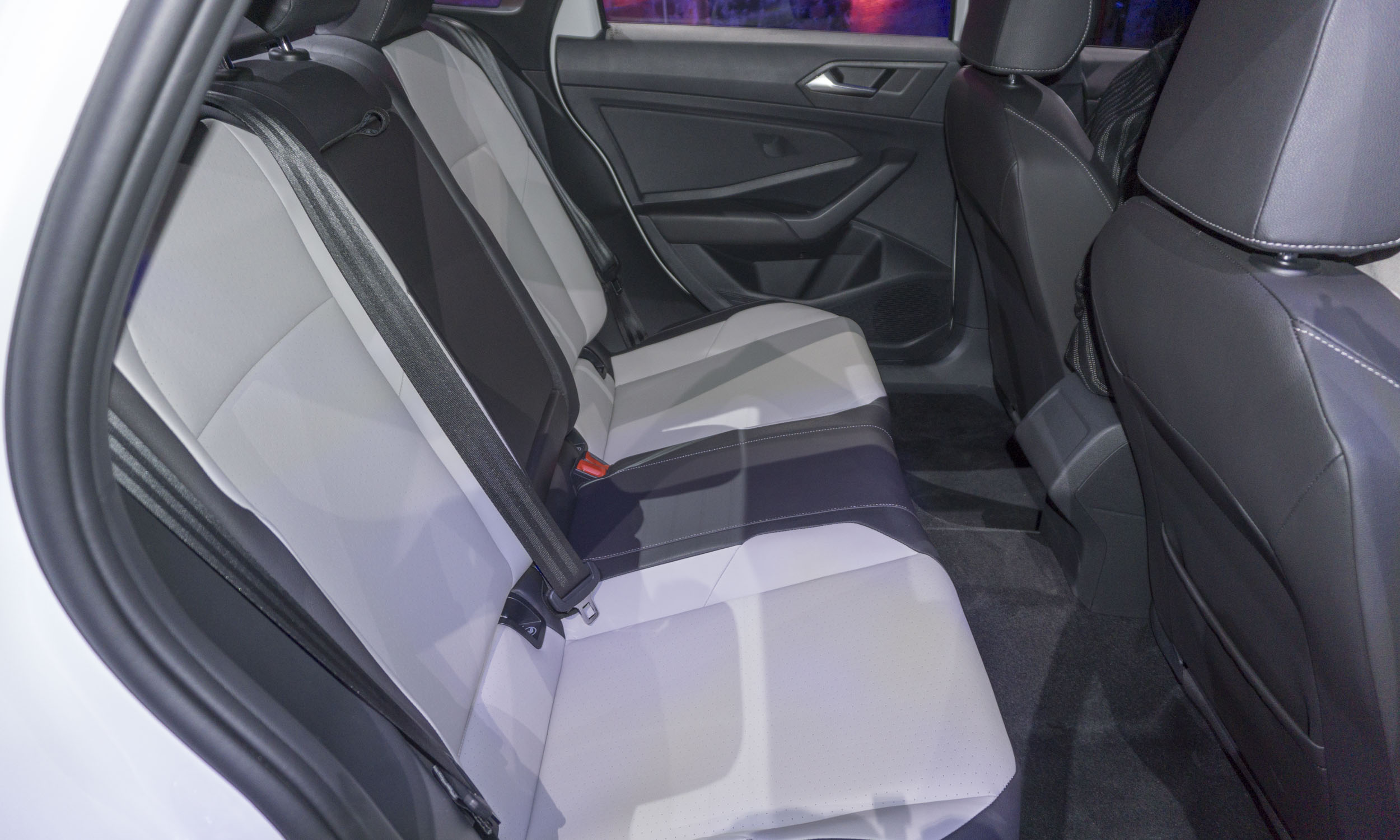 Larger
Larger than the outgoing version in nearly every dimension, the new Jetta is built on a new platform with a lengthened wheelbase. The car is longer, wider and taller, which not only gives the Jetta a new look, it translates into a more spacious cabin. 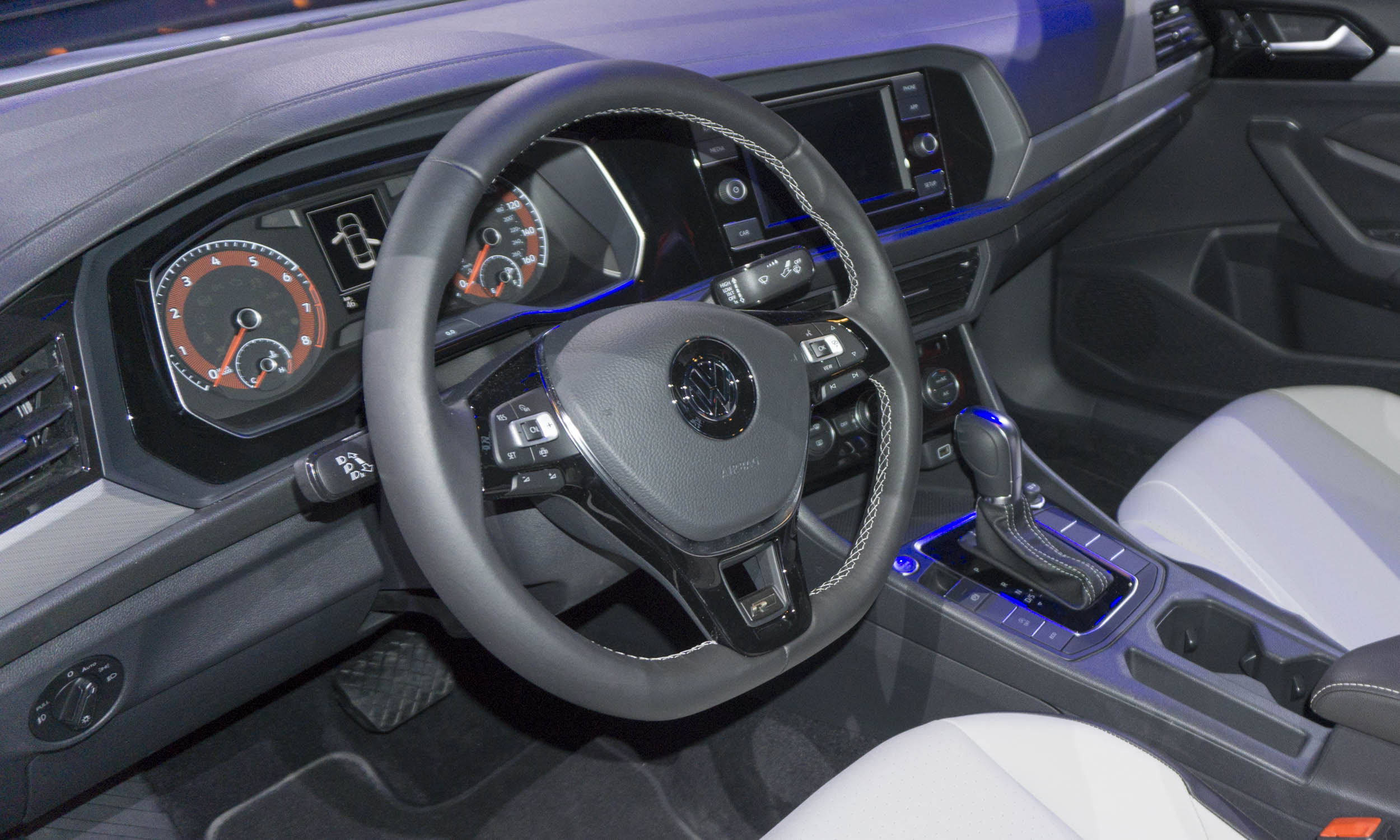 Refreshed Interior
The Jetta’s interior has been completely redone with a nicely integrated touchscreen display as well as available heated and cooled leather seats. A center storage console is large enough to handle a tablet computer. 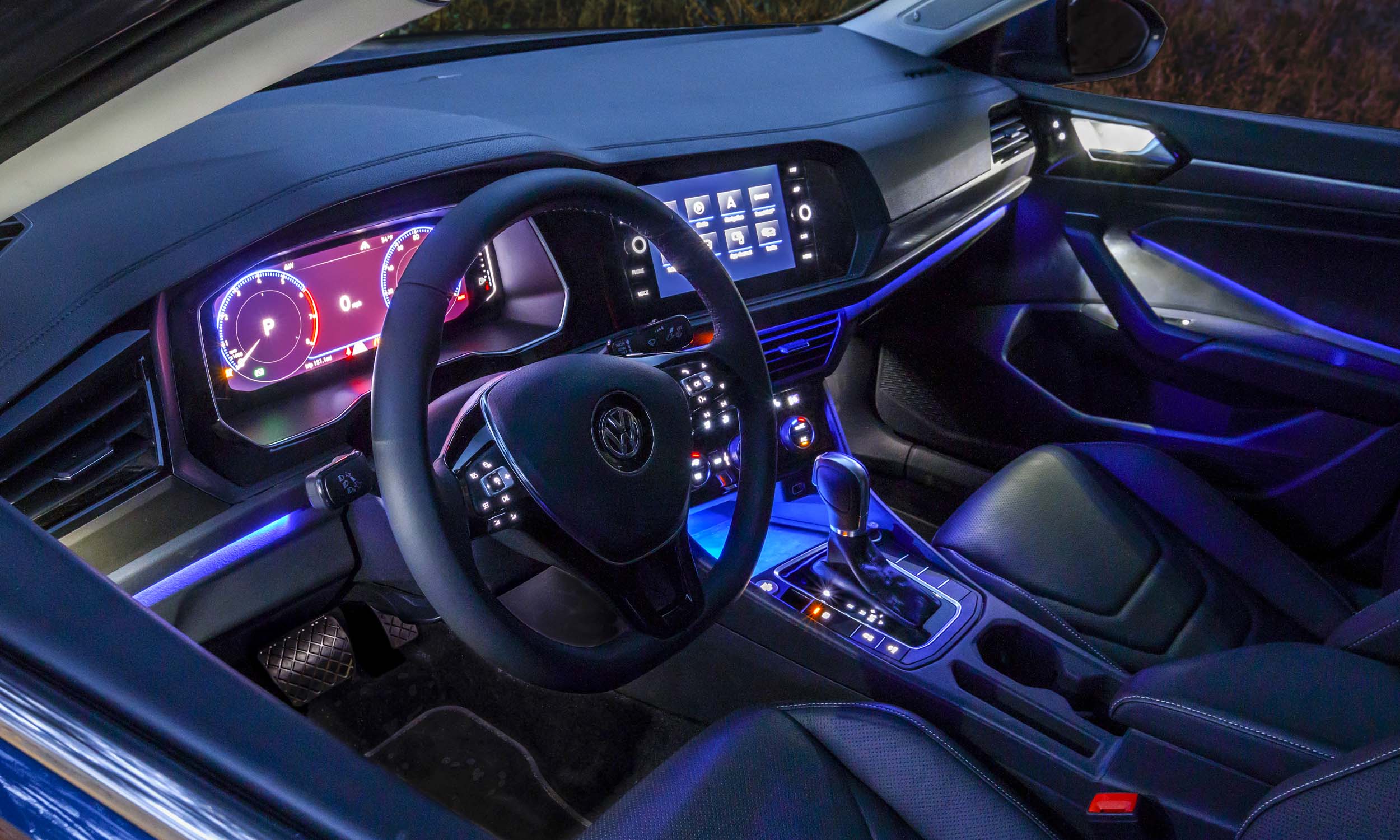 Custom Features
Depending on the trim level, the Jetta’s interior can be customized with a choice of ambient lighting color as well as Volkswagen’s Digital Cockpit display, which allows the driver freedom to configure the information placed front and center. Apple CarPlay and Android Auto are standard, and Jetta also is available with a 400-watt BeatsAudio sound system. 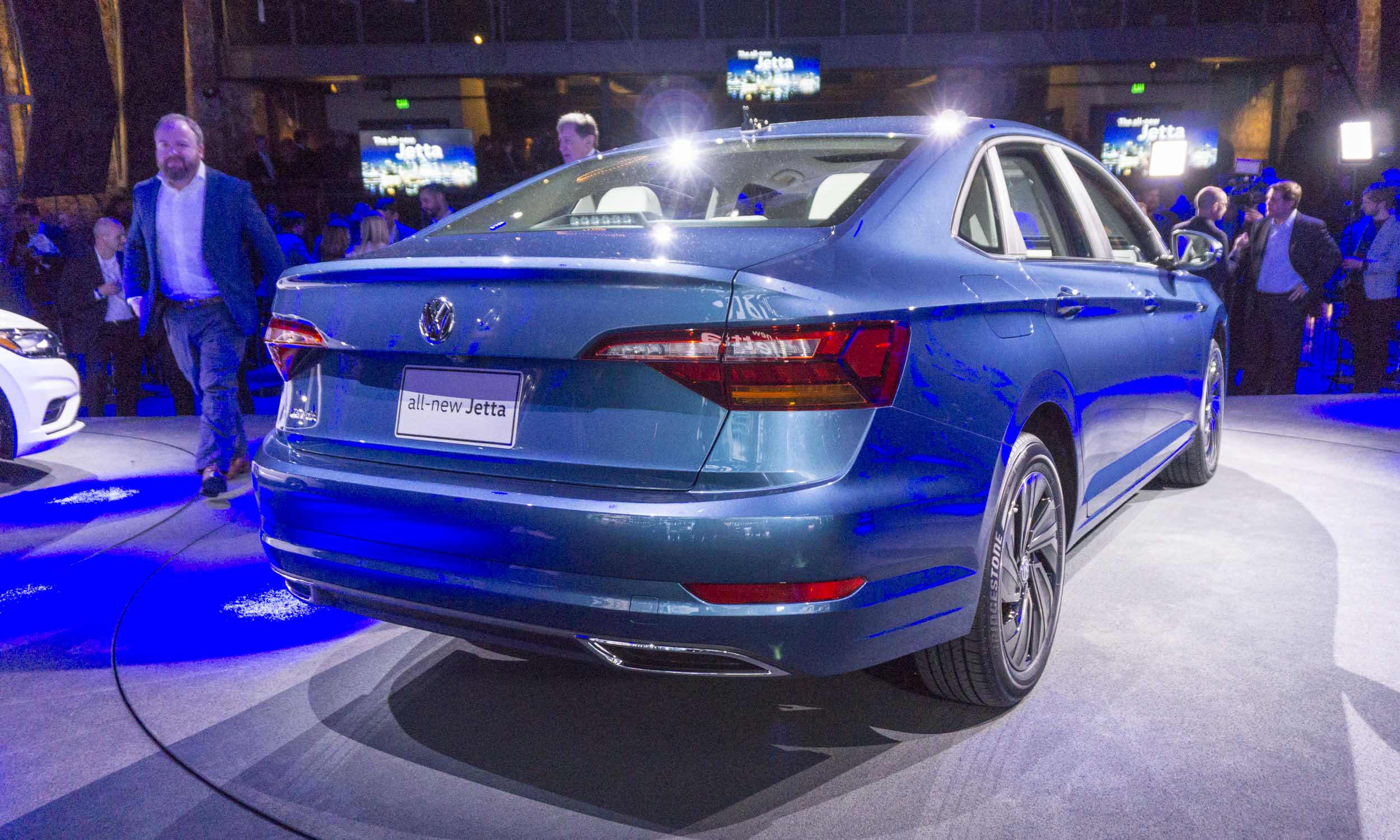 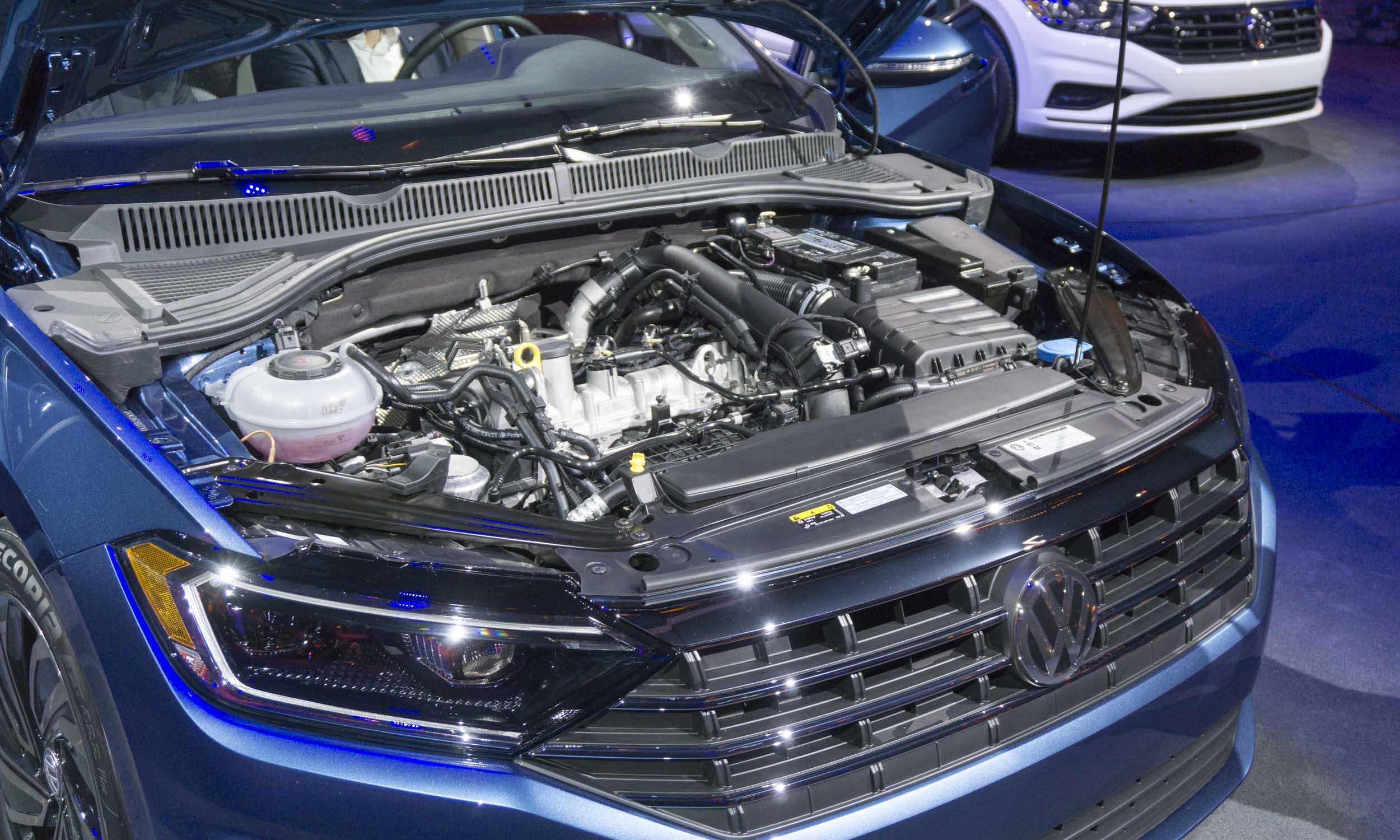 Engine
Power comes from the current 1.4-liter turbocharged engine making 147 horsepower and 184 lb-ft of torque. Jetta can be equipped with either a 6-speed manual gearbox or an 8-speed automatic transmission. 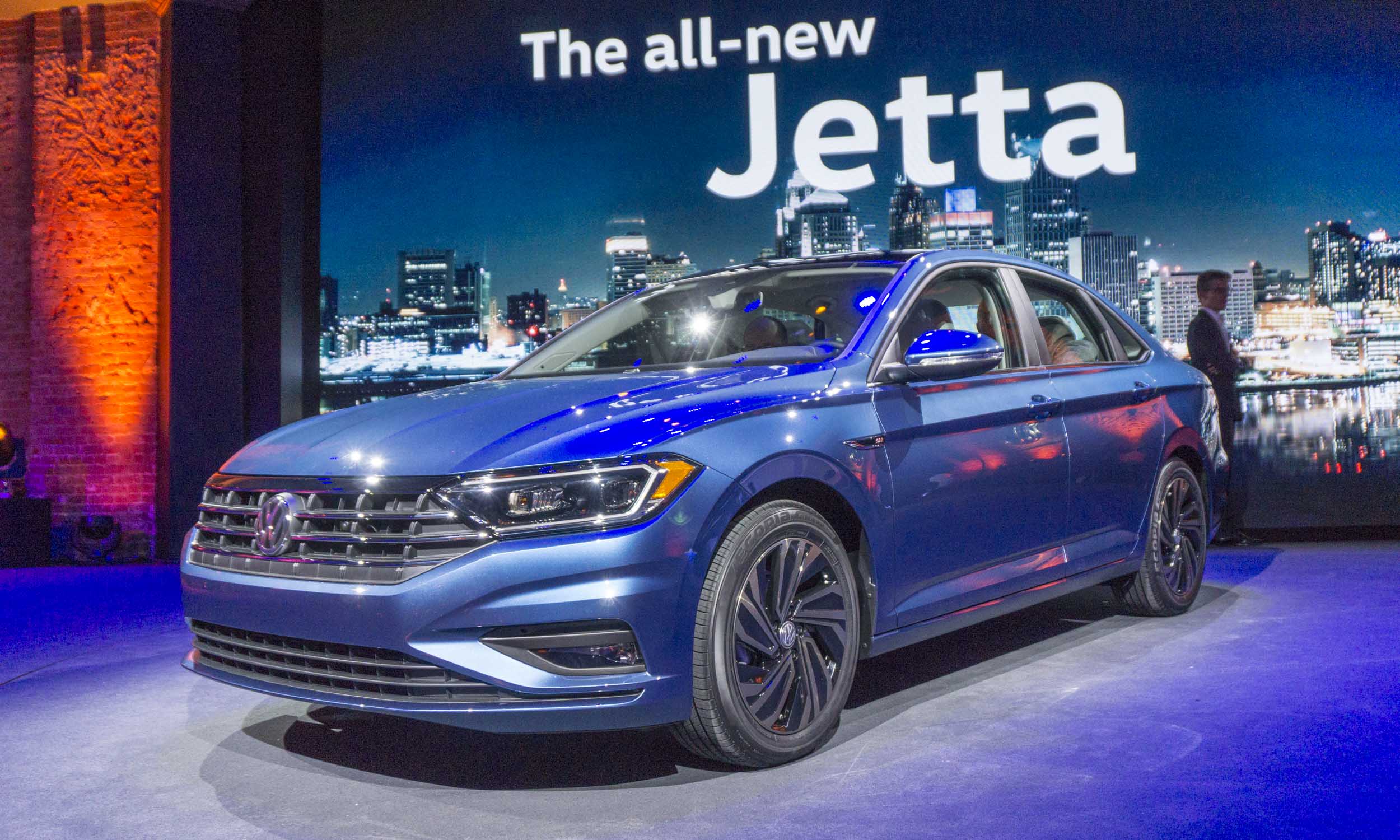 Improved Sales?
Volkswagen reports that more than 17 million Jettas have been sold worldwide since the compact sedan’s introduction back in 1979, with 3.2 million of those purchased in the U.S. Volkswagen says Jetta sales dropped off slightly in the last year (dieselgate, anyone?), so this new introduction couldn’t have been timed better. With updated styling and new features combined with a lower starting price, this new Jetta should drive a healthy boost in sales. 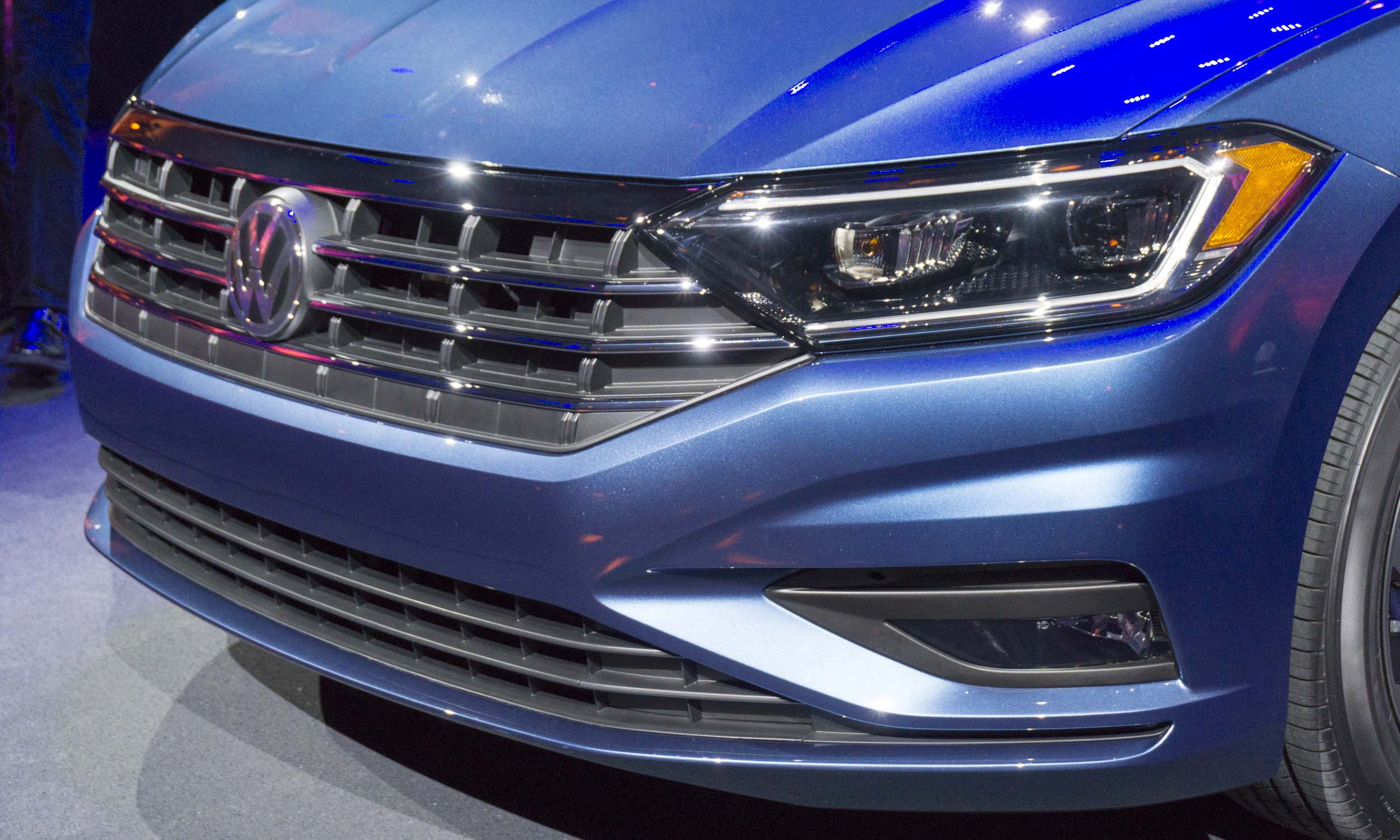 Lower Price
Prices will start at $18,545 — about $100 less than the current version. Jetta will be available as an S, SE, SEL or SEL Premium when it begins to arrive in showrooms later this spring. A sportier R-Line will also be available.