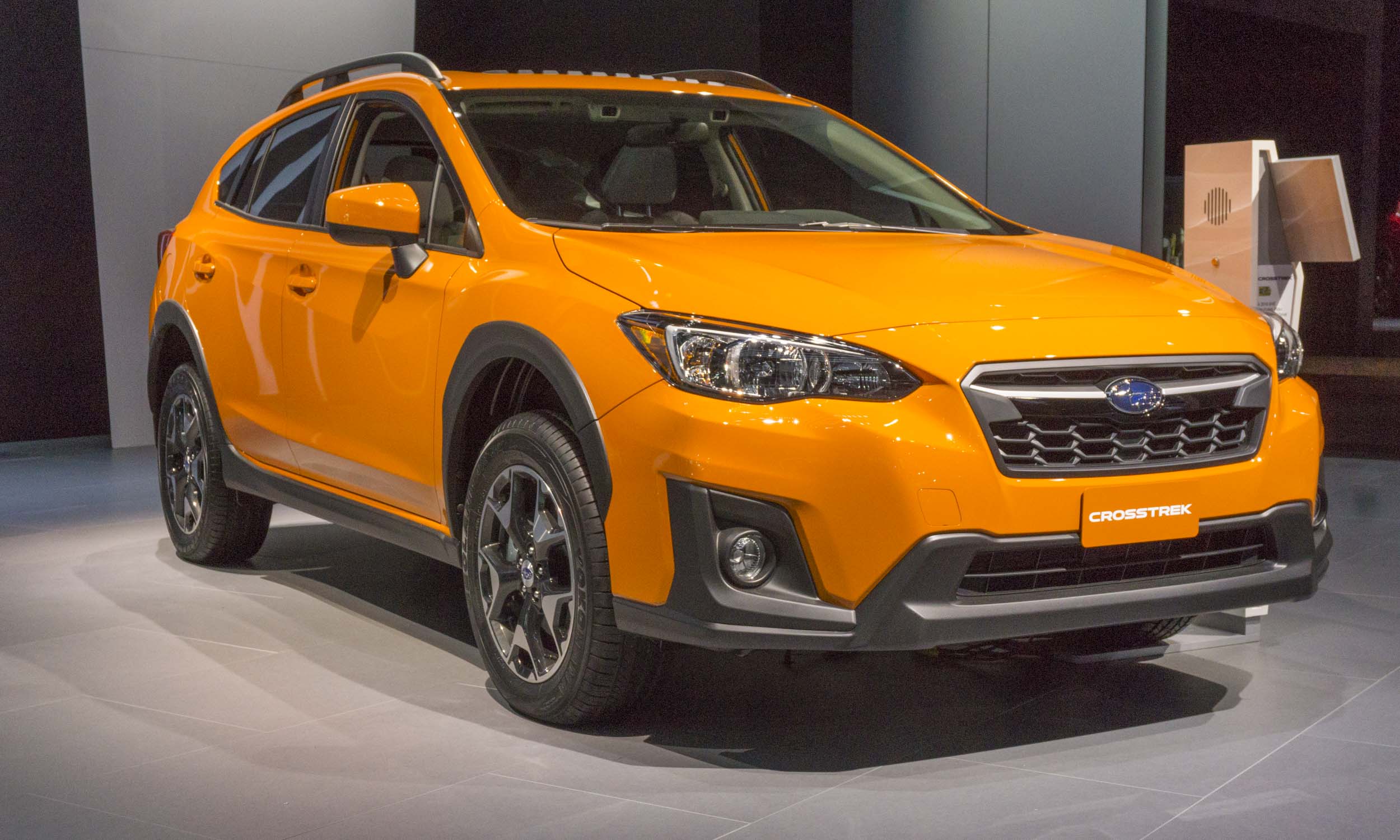 New Crosstrek
When the completely updated 2017 Subaru Impreza debuted last year on an all-new global platform, it was logical to assume that a new Crosstrek would soon follow, since the small crossover is built on the same platform as Impreza. Call it a confirmation of logical assumptions — the Impreza-based Crosstrek debuted at this year’s New York Auto Show. Although the vehicle was first shown last month in Geneva under the XV moniker, the Crosstrek name remains for the U.S. market. The new model should hit showrooms by summer 2017. 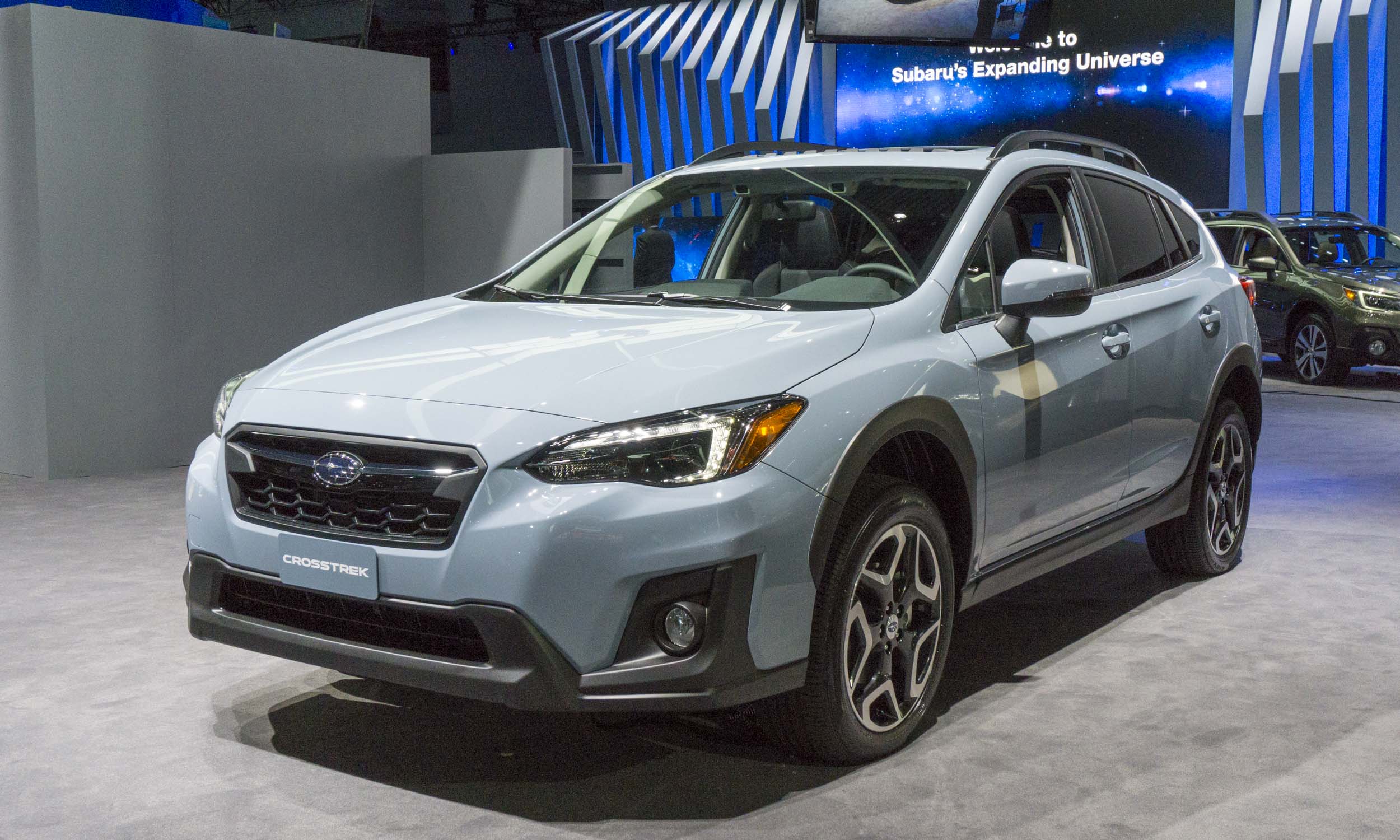 First Redesign
When the original XV Crosstrek debuted in 2012 it was a brilliant move by Subaru. Capitalizing on the idea of the raised, rugged-looking wagon that was the impetus for the first Outback, the automaker morphed Impreza into a crossover that quickly became one of the more popular models in the lineup. This debut represents the first major redesign since that initial introduction. 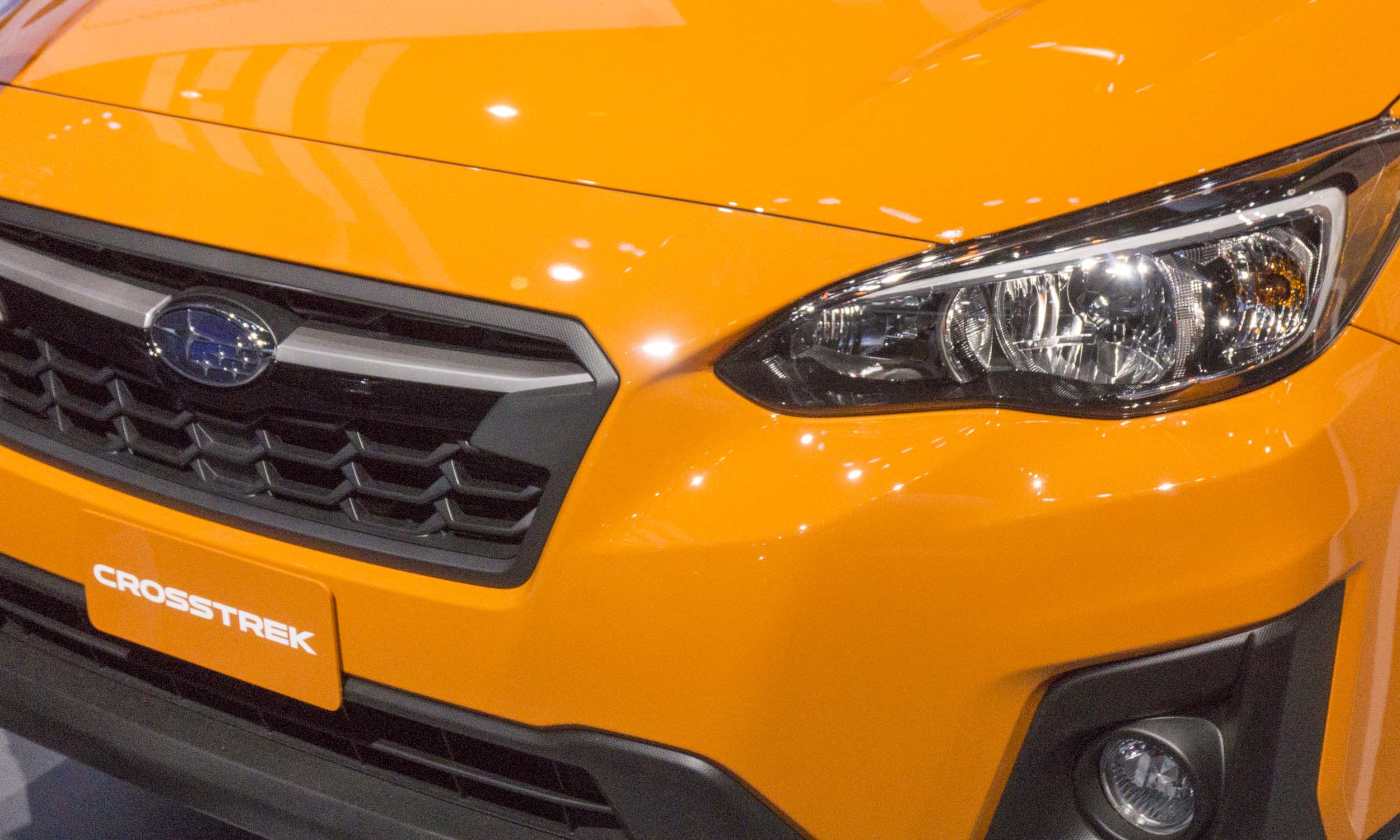 Updated Styling
The new Crosstrek is slightly longer and wider than the outgoing model, which not only provides more interior space but also gives the crossover a more aggressive look. Like the new Impreza, the Crosstrek features the updated hexagonal grille and “hawk-eye” headlights. With a sculpted hood, larger fender flares, matte-black cladding an impressive 8.7-inches of ground clearance, Crosstrek is easily differentiated from its Impreza sibling. 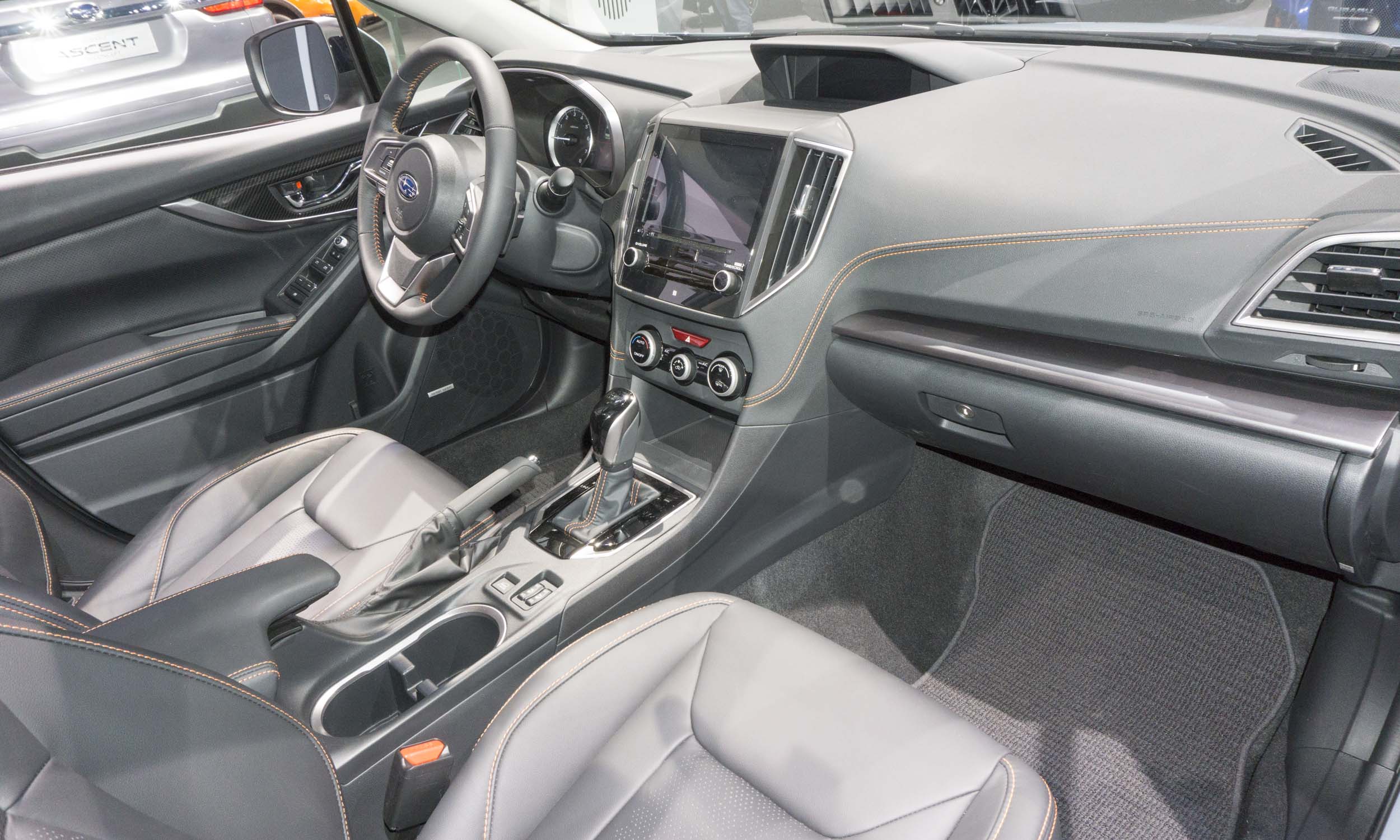 Improvements Inside
The Crosstrek’s new interior receives many improvements including updated seats, a redesigned steering wheel and more space for passengers and cargo. The infotainment system features an 8-inch touchscreen display, which is a noticeable improvement over the previous generation. Apple CarPlay and Android Auto connectivity are standard. 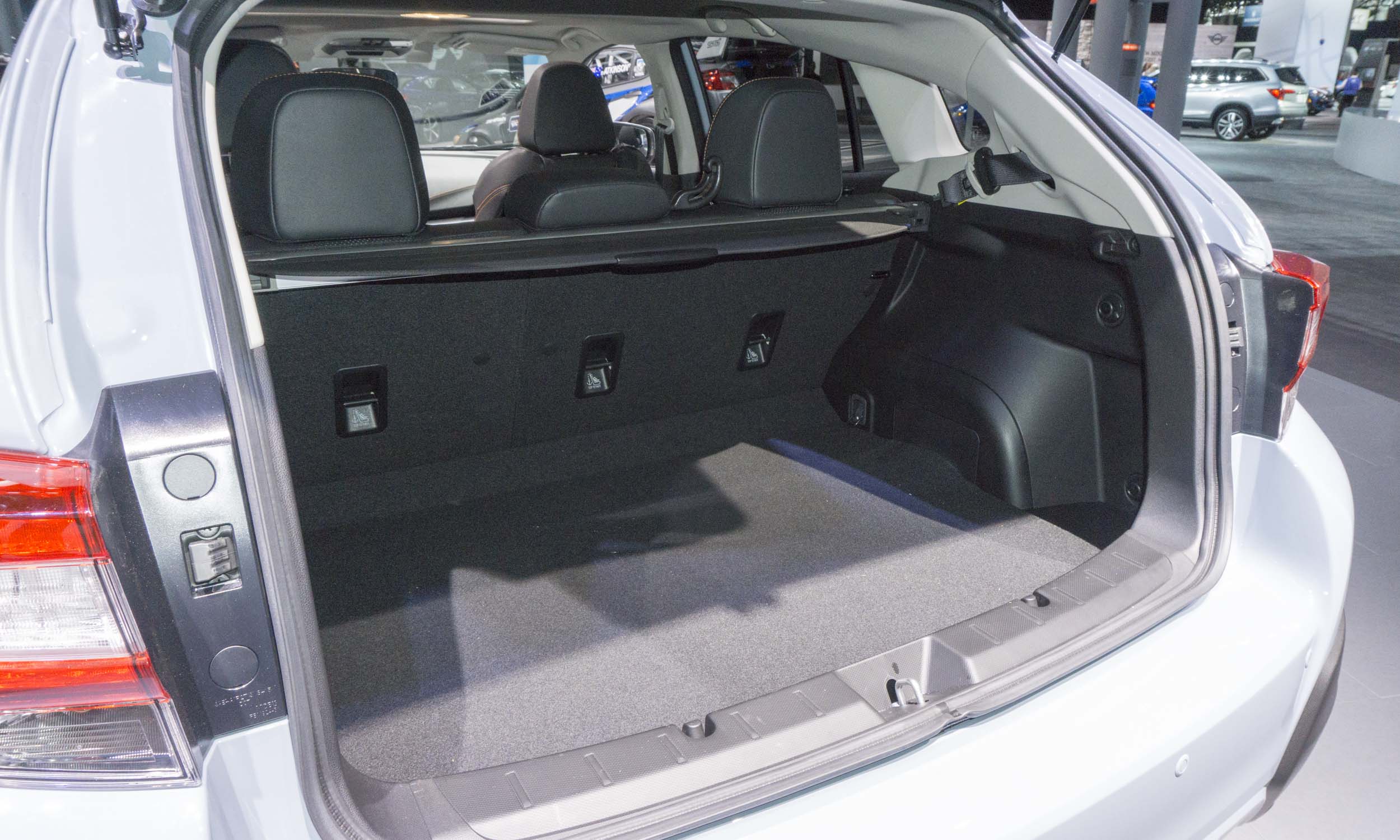 Better Cargo Carrying
The updated Crosstrek features a wider rear hatch for easier access to the cargo area, as well as a 60/40 split-folding rear seat that provides plenty of cargo space and additional versatility. 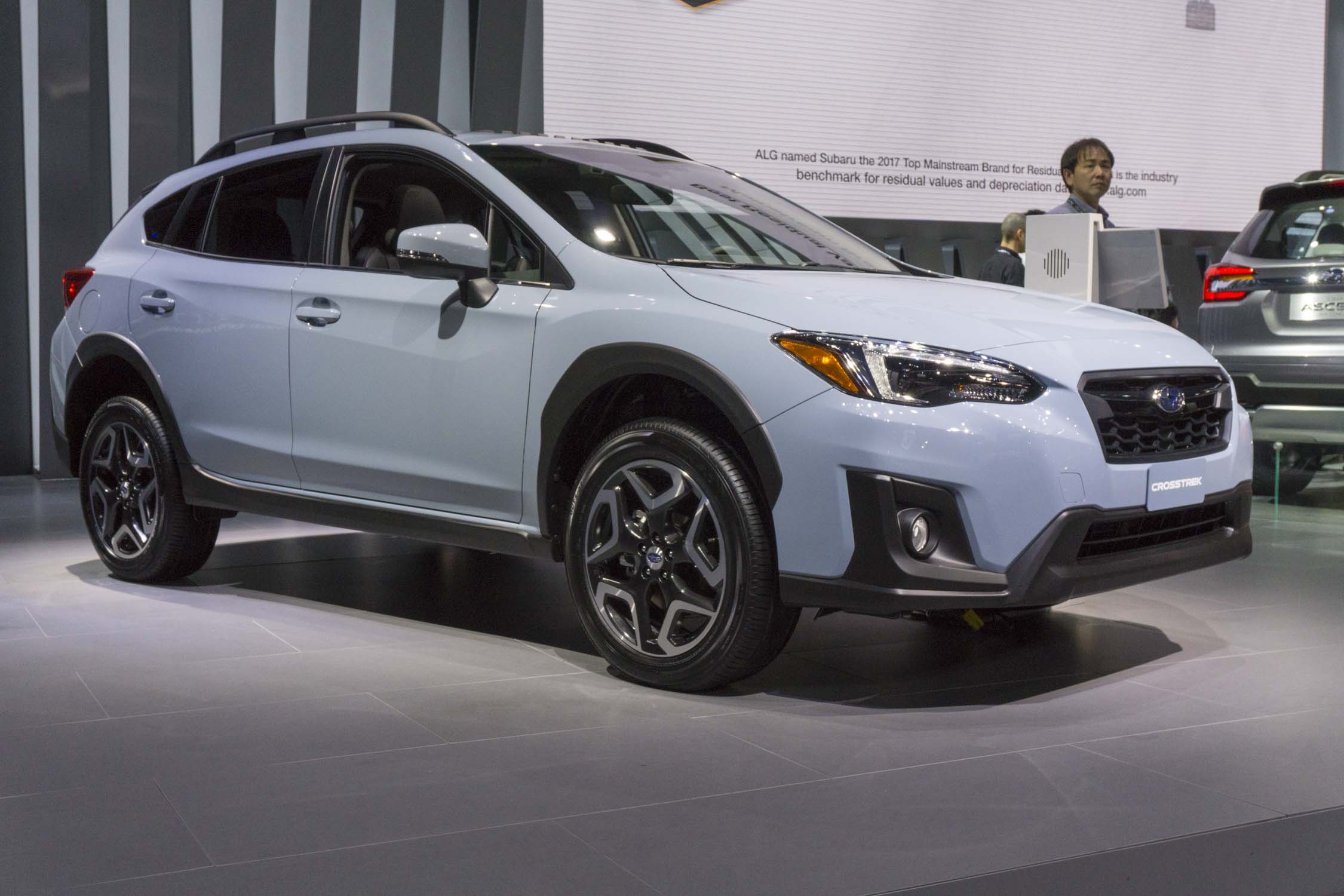 More Power
Powering Crosstrek is a revised 2.0-liter 4-cylinder Boxer engine shared with the Impreza, producing 152 horsepower and 145 lb-ft of torque — a slight increase compared to the outgoing model. A 6-speed manual transmission is available on base and Premium trims, as well as the updated Lineartronic Continuously Variable Transmission that includes a 7-speed manual mode with preset ratios and paddle shifters. 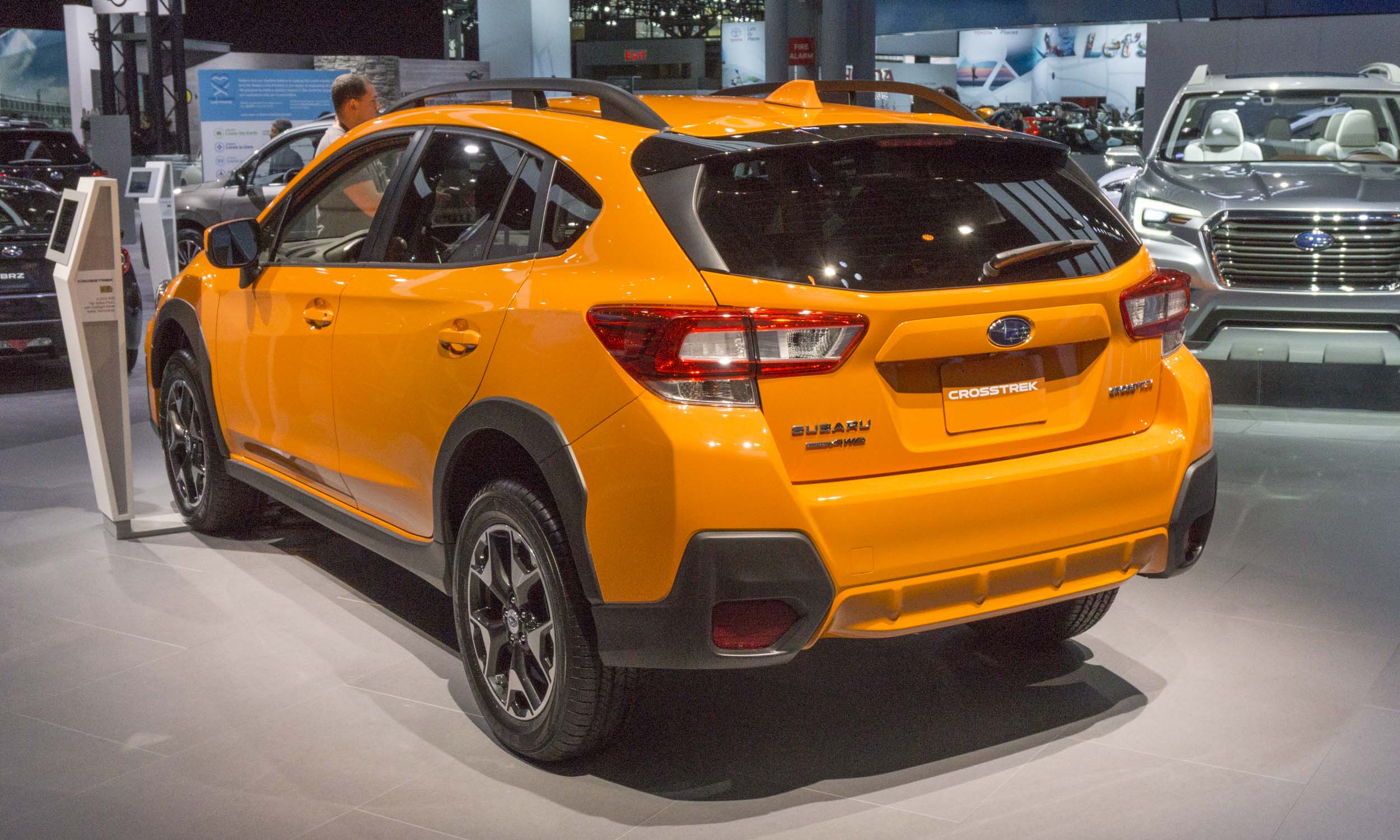 New Platform
Built on the all-new global platform designed to significantly enhance body and chassis rigidity and strength, the Subaru Crosstrek should exhibit excellent driving dynamics similar to the all-new Impreza, aided by suspension improvements, a lower center of gravity and more responsive steering. Overall frame rigidity has been increased by 70 percent, which not only aids in performance but should also provide a solid, quiet ride (we have not driven the new version yet). 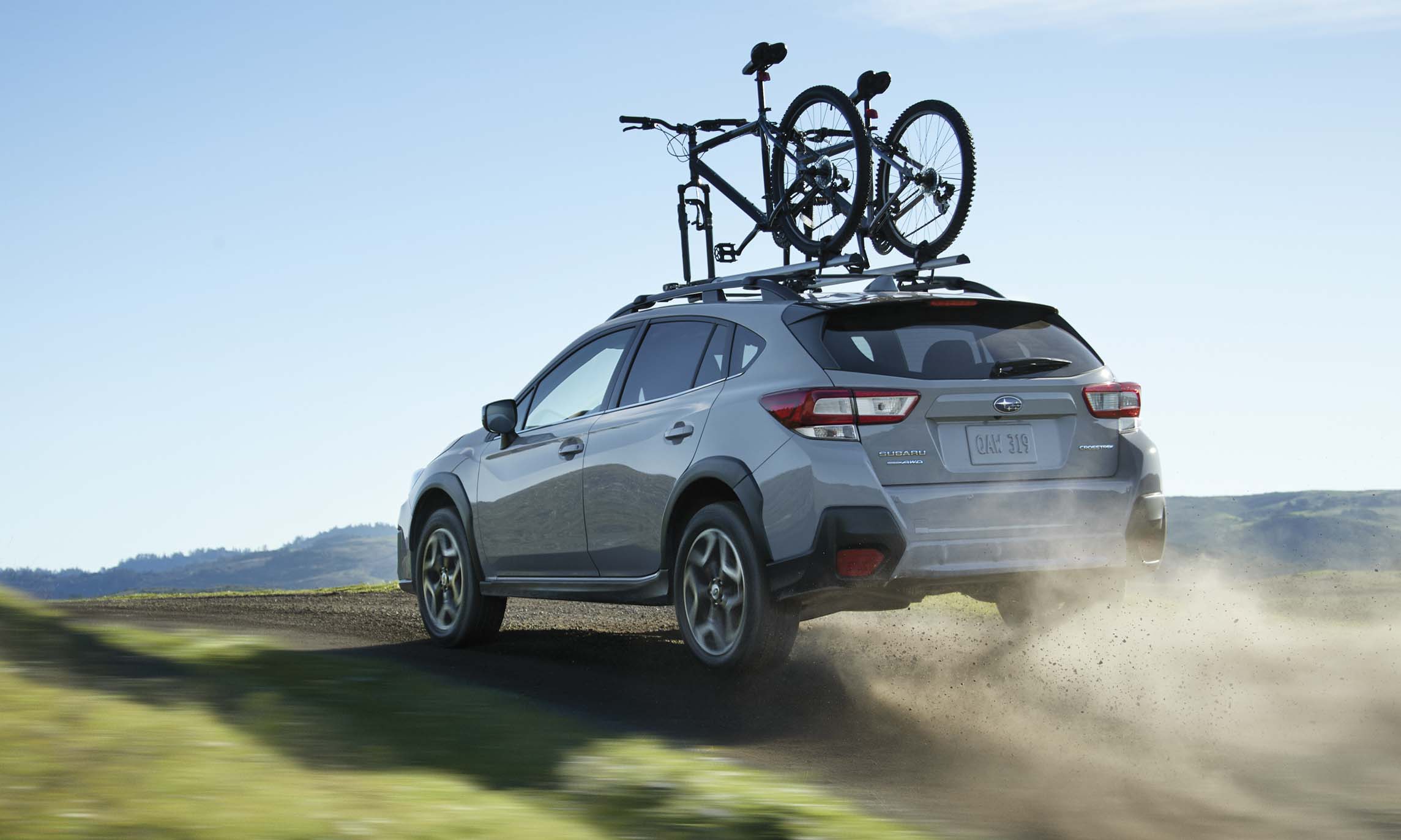 Excellent Traction
Of course, the standard setup on the new Crosstrek is Subaru’s Symmetrical all-wheel-drive system. Active Torque Vectoring improves cornering and handling, while the new X-MODE enhances performance on poor road surfaces with optimized integration of engine control, 4-wheel braking and stability control systems. The Crosstrek also offers hill descent control for maintaining low speeds on downhill slopes even when traction is at a minimum. 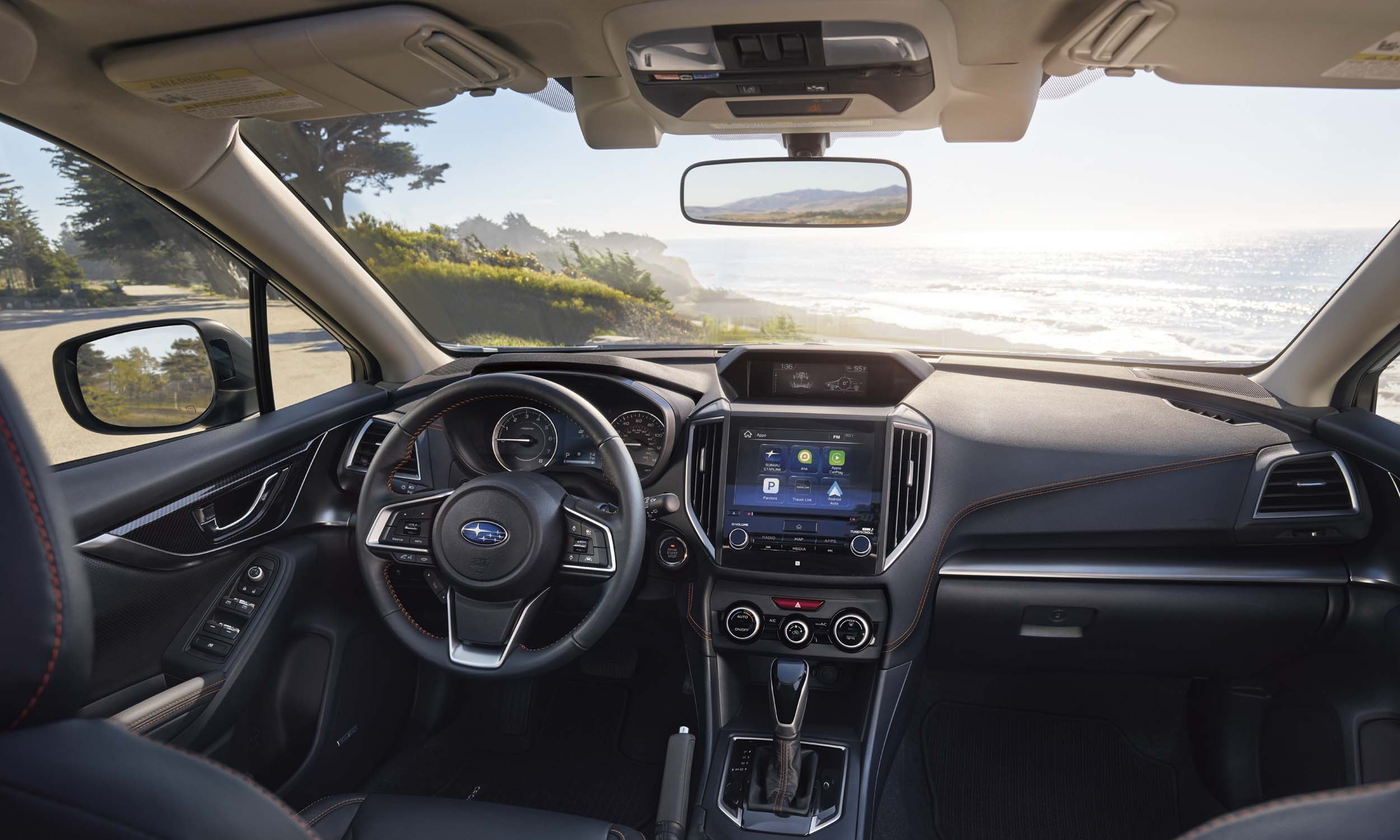 Eye Sight
The new Crosstrek will be available with the latest version of Eye Sight, Subaru’s innovative driver-assist system that utilizes stereo forward-facing cameras as well as other sensors. Available features include Adaptive Cruise Control, Automatic Pre-Collision Braking, Lane Departure and Sway Warning, Lane Keep Assist, Blind Spot Detection with Lane Change Assist and Rear Cross Traffic Alert. New for 2018 is Reverse Automatic Braking, which stops the car if an obstacle is detected in the car’s path while backing up. 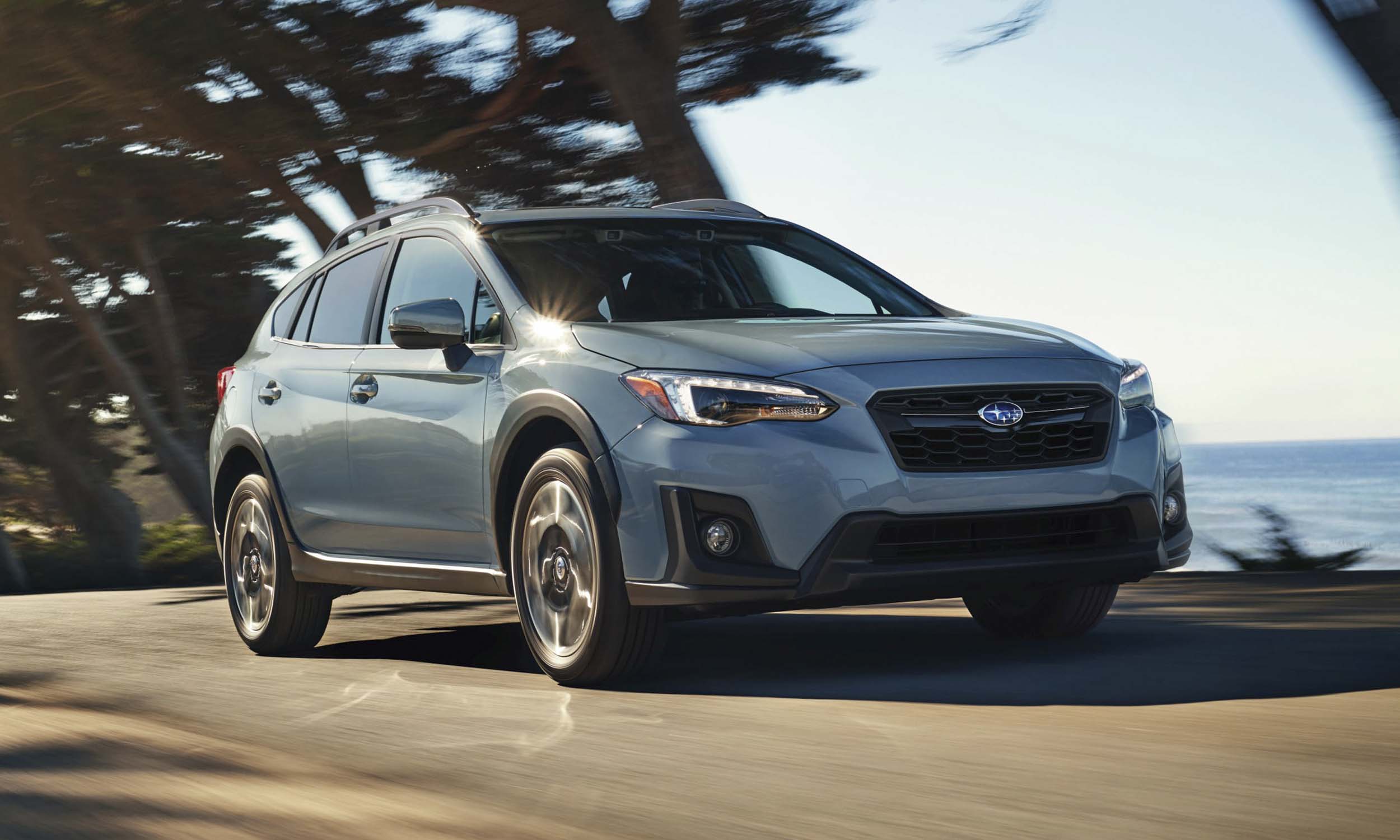 Coming Soon
The new Crosstrek will be available in 2.0i base, Premium and Limited trims when it arrives in showrooms this summer. Pricing will be released closer to the on-sale date.