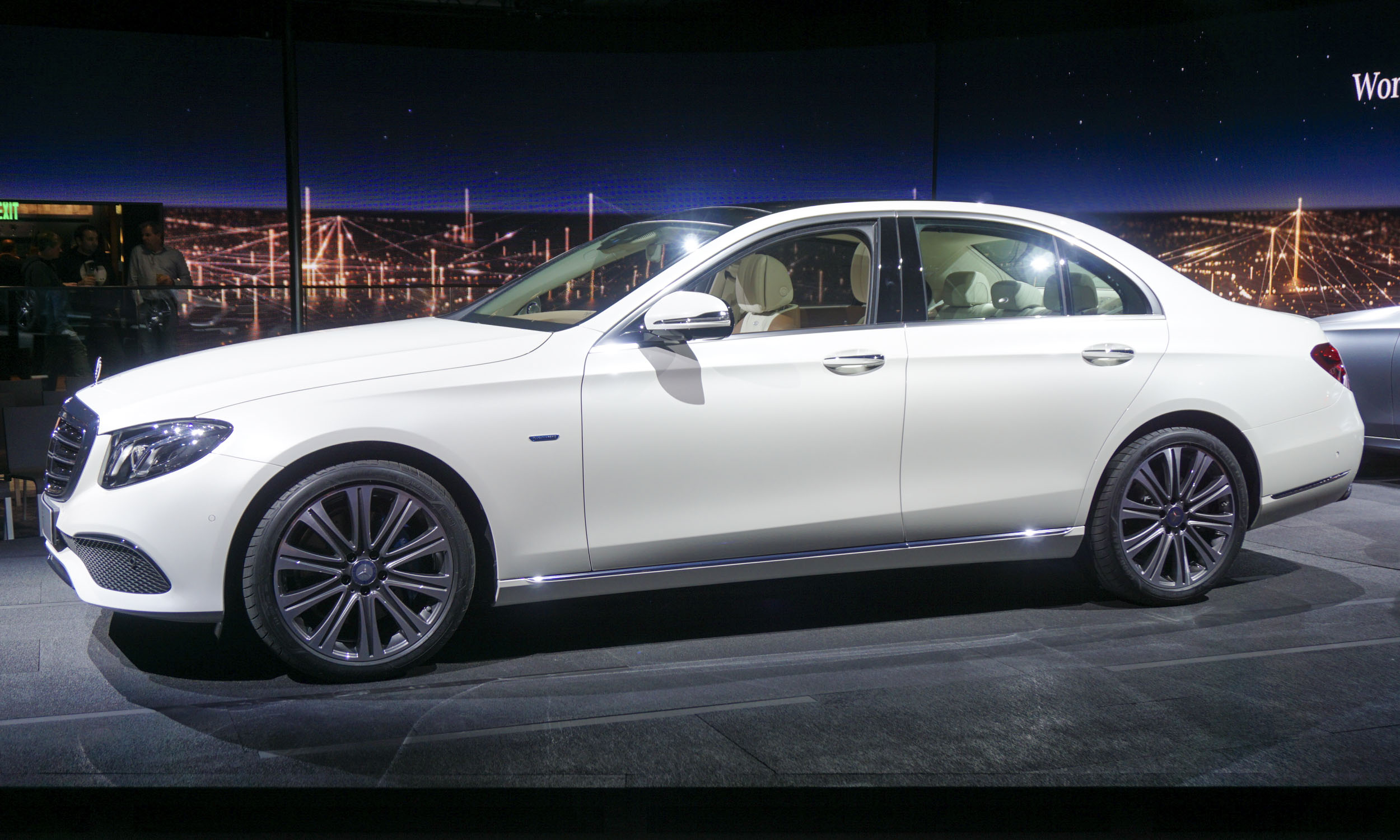 2017 E-Class
The night before press preview days for the 2016 North American International Auto Show in Detroit, Mercedes-Benz revealed the 2017 E-Class midsize luxury sedan. The 10th-generation E-Class boasts a new exterior design, a new luxurious interior and some world-premiere technologies. The muscular front-end design offers two different iterations of the Mercedes grille: the Luxury version has a more classic look with three horizontal ribs and a Mercedes star on the hood, while the Sport version features a sport grille with a large Mercedes star in the center. 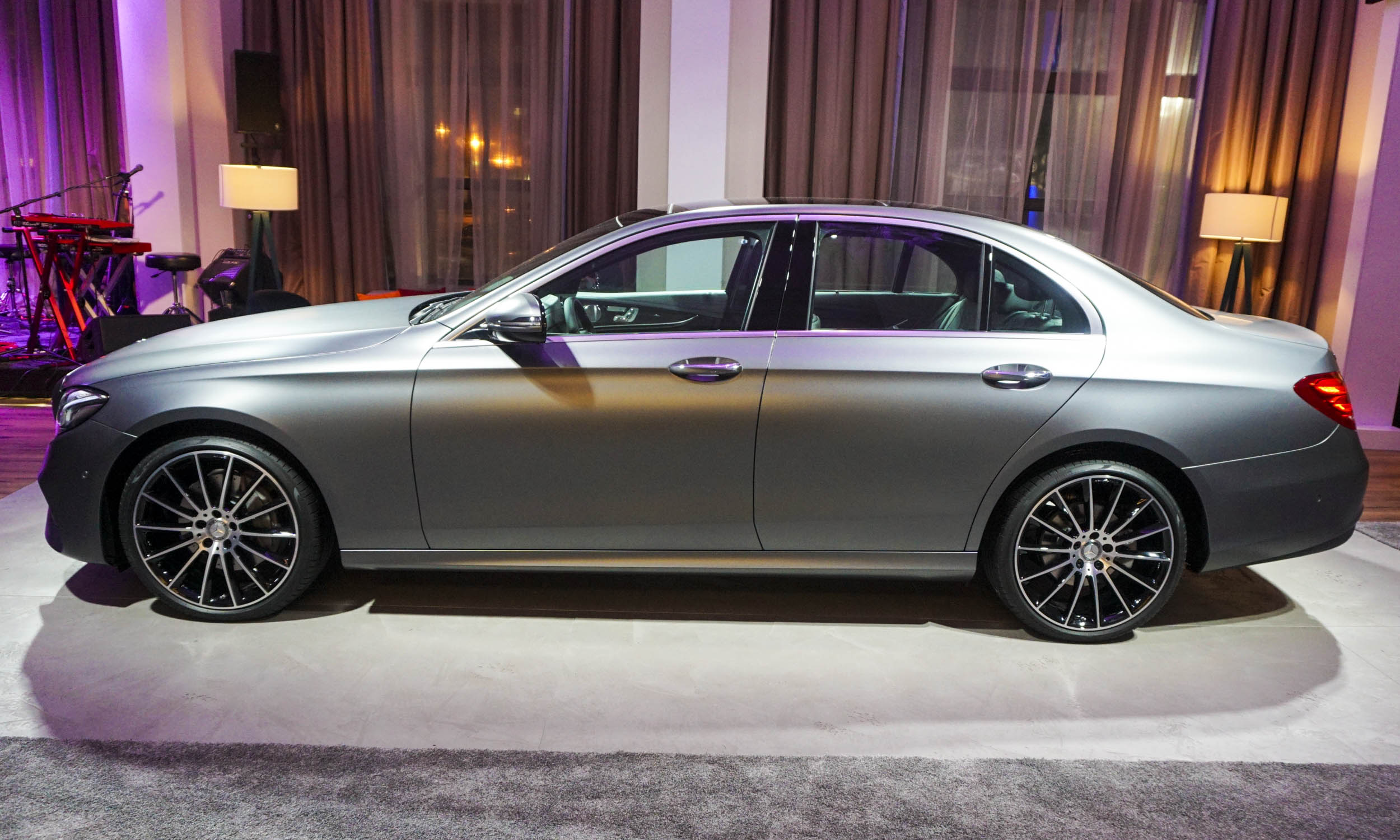 Family Resemblance
With a long hood and short decklid, the E-Class has classic Mercedes sedan proportions and a similarity to the larger S-Class sedan. The wheelbase has increased by 2.6 inches and overall length by 1.7 inches. The rear lights offer a higher level of detail with an appearance described as a “stardust effect,” created by new reflector technology and a specifically configured surface. 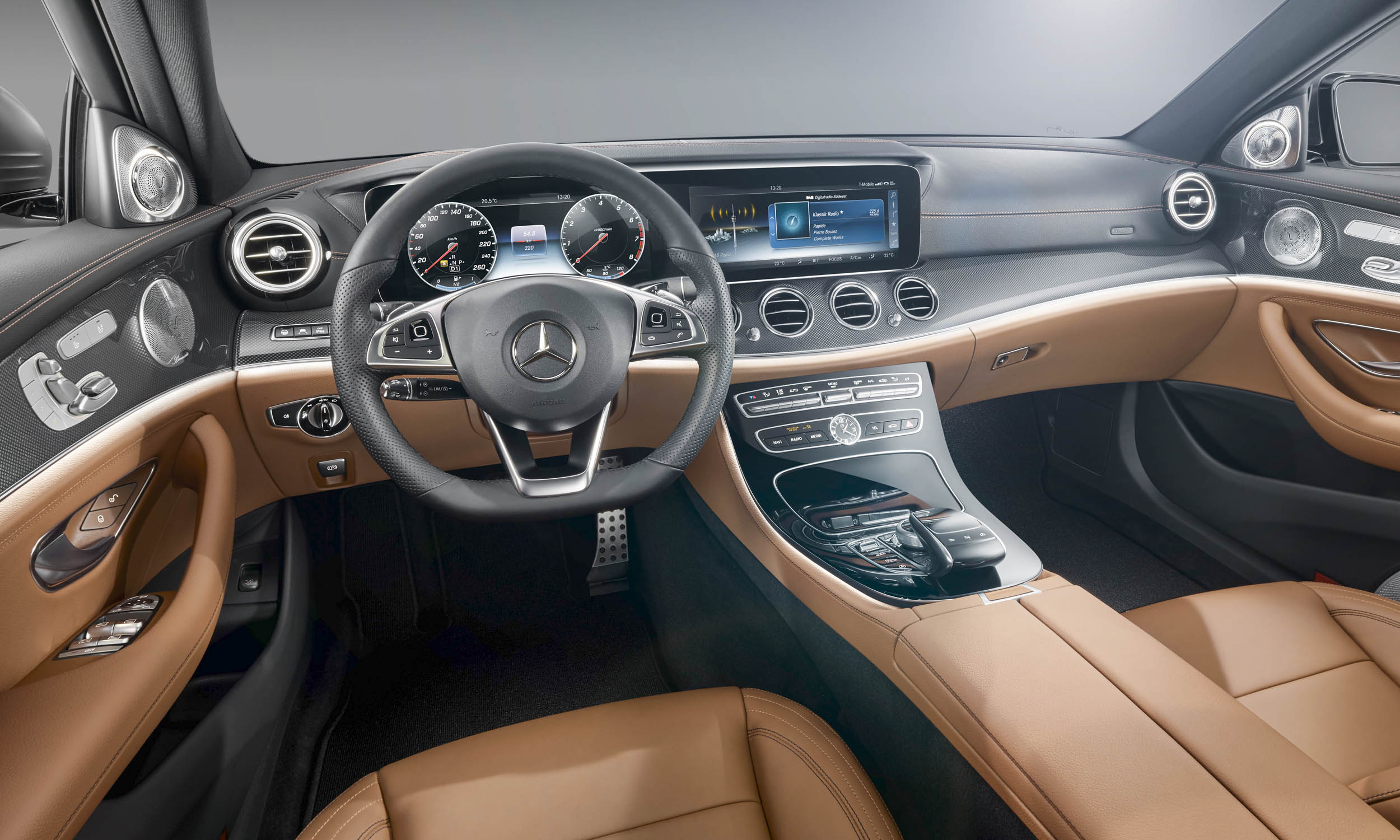 Interior Features
Mercedes-Benz says the new E-Class interior is “the synthesis of emotion and intelligence,” dominated by a next-gen high-resolution display that combines a wide navigation display screen and a traditional gauge cluster integrated into a single unit behind the steering wheel. The steering wheel features two touch-sensitive control pads — similar to a smartphone interface —that respond to horizontal and vertical swiping motions, allowing the driver to control the infotainment system with thumb motions without removing hands from the wheel. A touchpad in the center console also controls the infotainment system and can recognize handwriting as well. 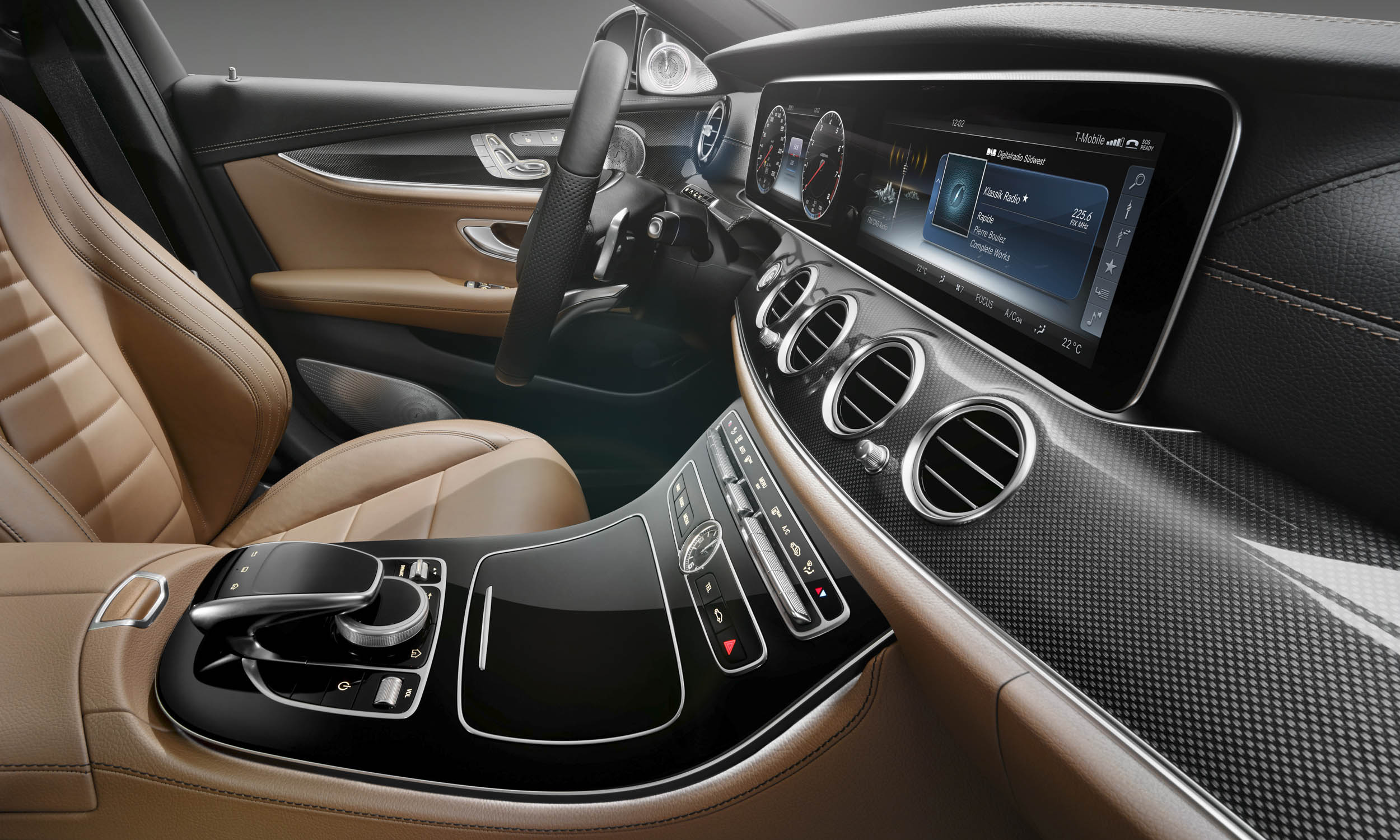 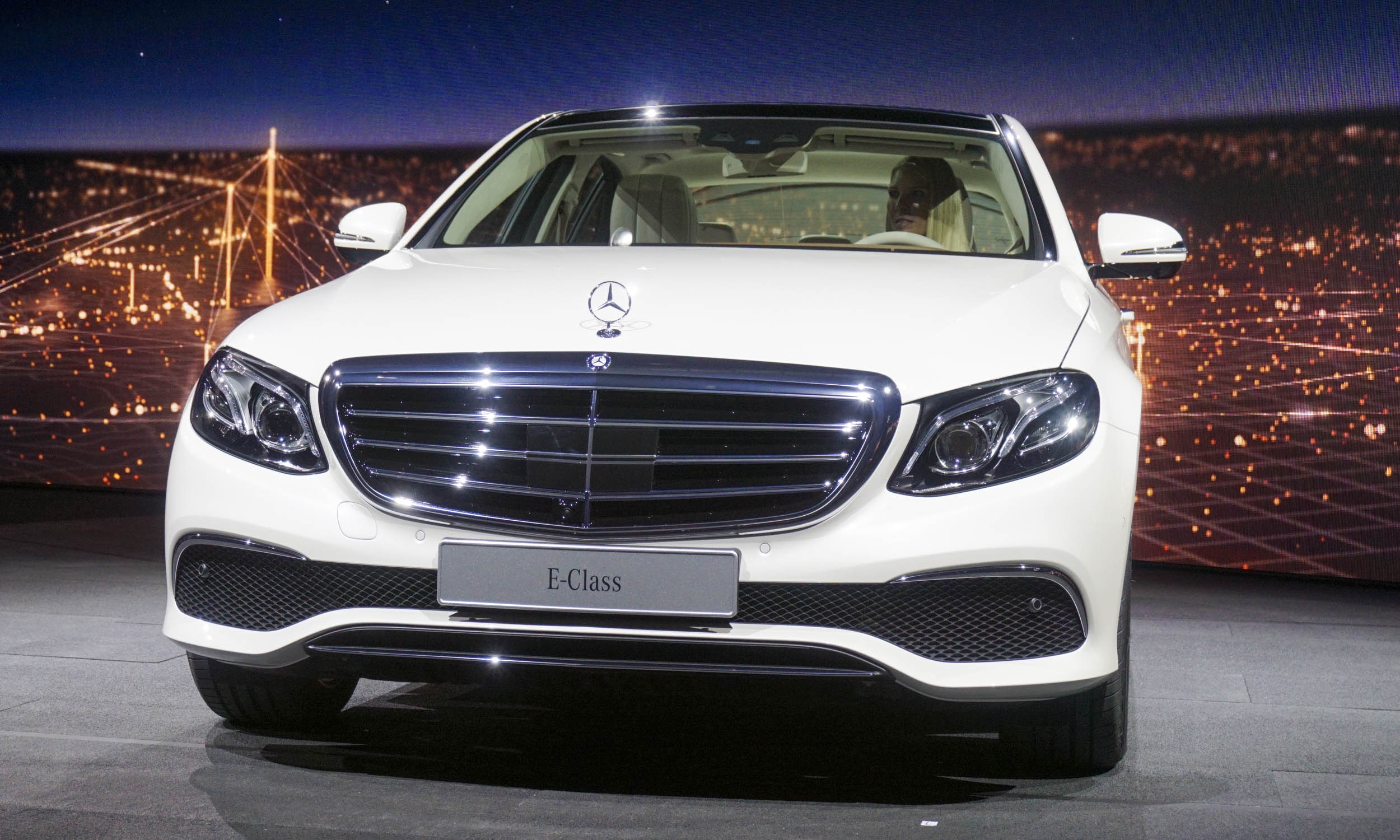 Powertrain
The E-Class will launch in the U.S. market with a new turbocharged 2.0-liter engine that produces 241 horsepower and 273 lb-ft of torque combined with a new 9G-TRONIC 9-speed automatic transmission as standard equipment. 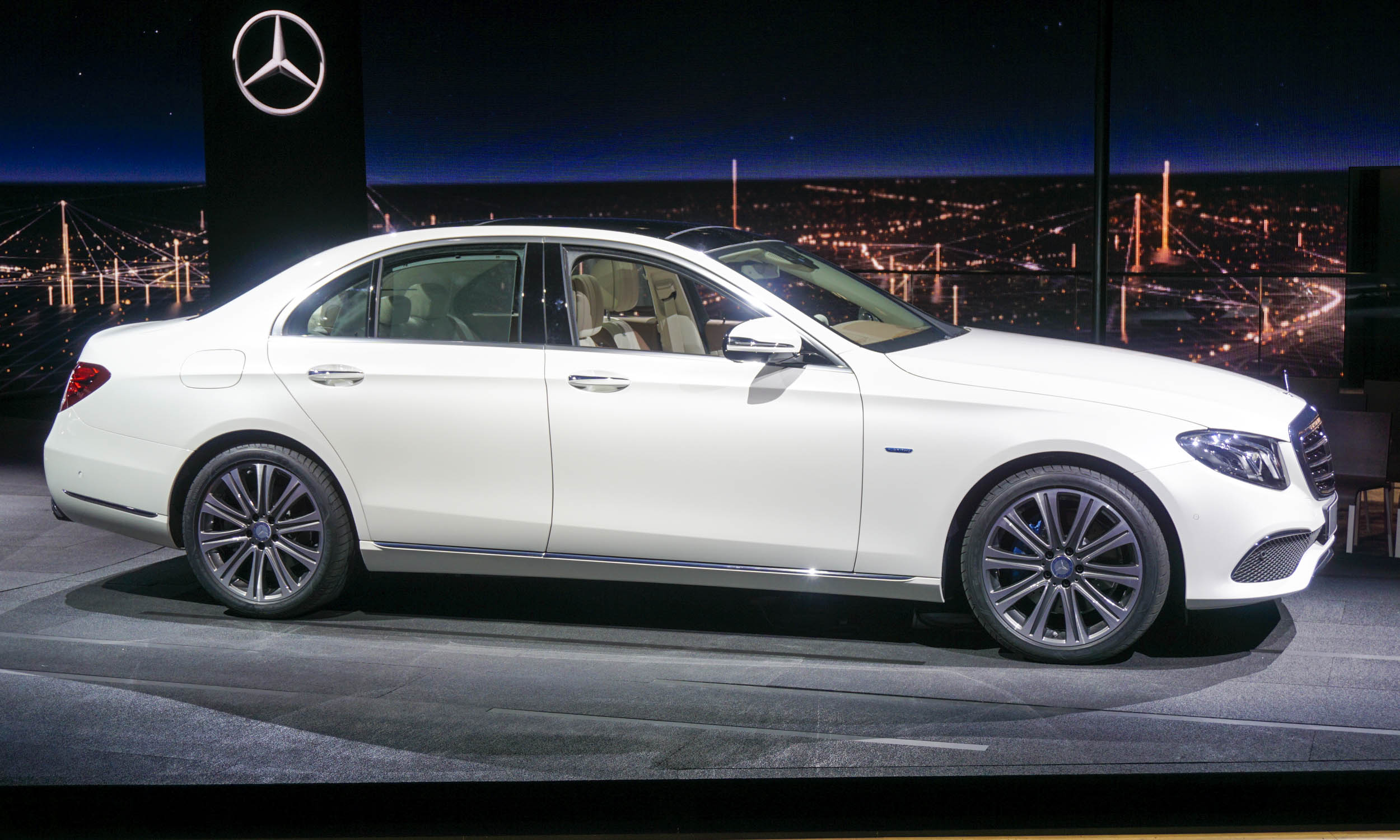 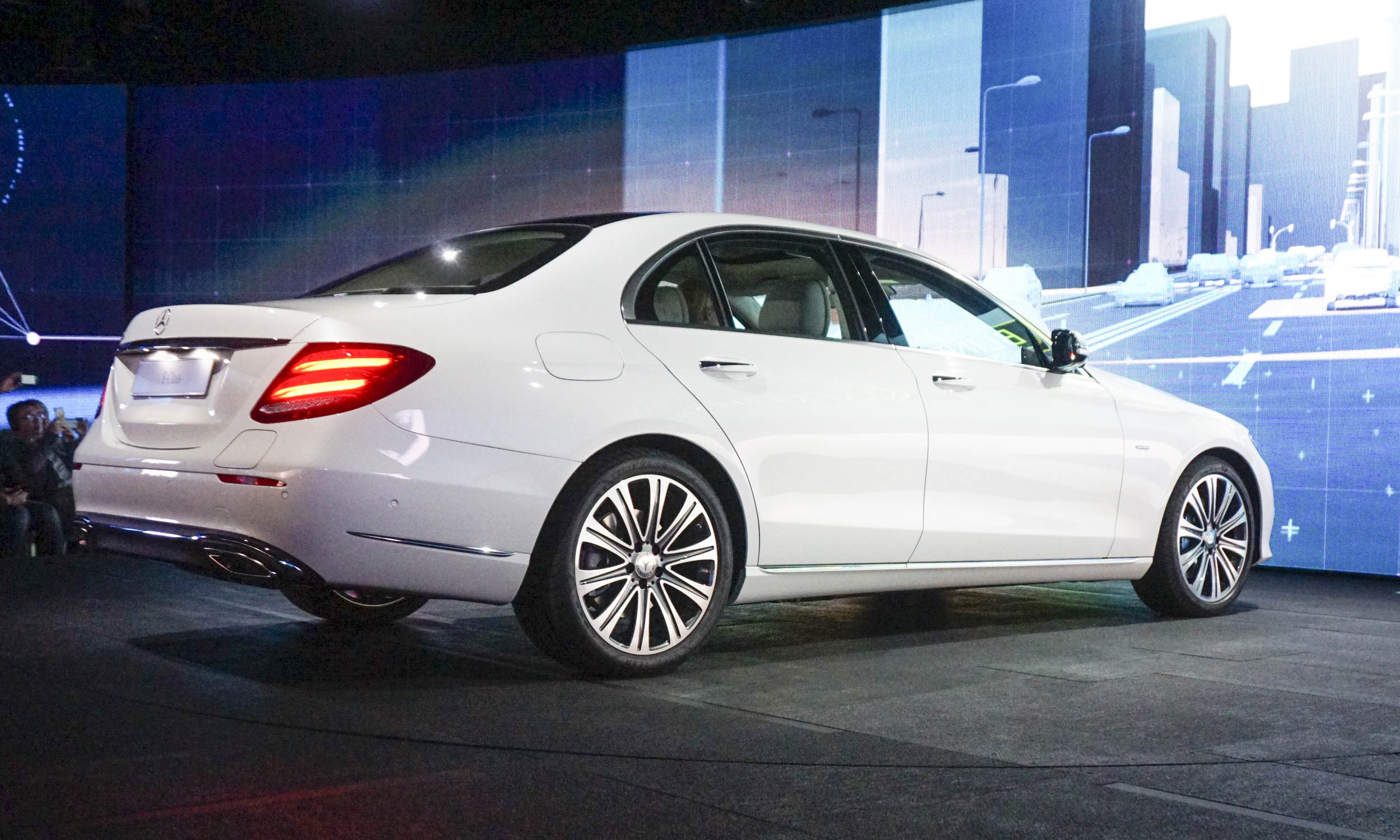 New Technologies
New E-Class technological highlights include DRIVE PILOT with Distance Pilot Distronic, which lets drivers follow a vehicle at a pre-selected distance at speeds up to 130 mph. Steering Pilot functions at speeds up to 130 mph in ideal conditions and can actively intervene even if road lines are unclear at speeds up to 81 mph. An Active Lane-change Assist uses both cameras and radar to aid the driver when changing lanes, and Active Brake Assist warns drivers about impending crash situations, and even detects pedestrians crossing in front of the E-Class. Other technologies include Evasive Steering Assist, Car-to-X Communication which conveys warning messages and evaluates driving conditions, and PRE-SAFE Impulse Side, which detects imminent side crashes and deploys airbags in fractions of seconds. 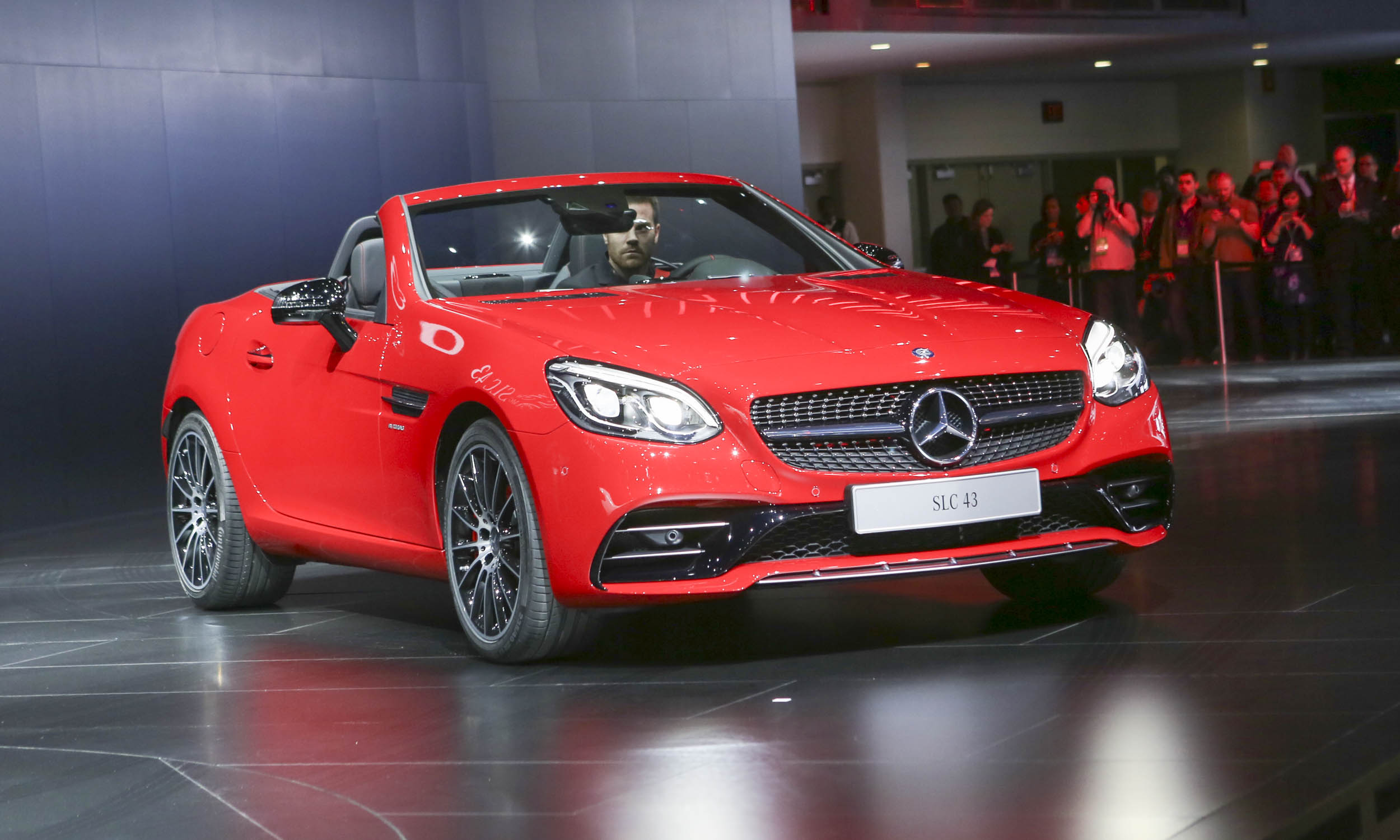 2017 Mercedes-Benz SLC
Also on display in Detroit is the new 2017 Mercedes-Benz SLC, a 2-seat roadster with a retractable hardtop that replaces the SLK in the model lineup. The SLC300 is powered by a turbocharged 2.0-liter engine that produces 241 horsepower and 273 lb-ft of torque; the Mercedes-AMG SLC43 gets power from an AMG 3.0-liter V6 Biturbo that produces 362 horsepower and 384 lb-ft of torque. The 9G-TRONIC 9-speed automatic transmission is standard for both versions. Features include aluminum trim parts with a carbon fiber finish, a new instrument cluster design and a new sport steering wheel. 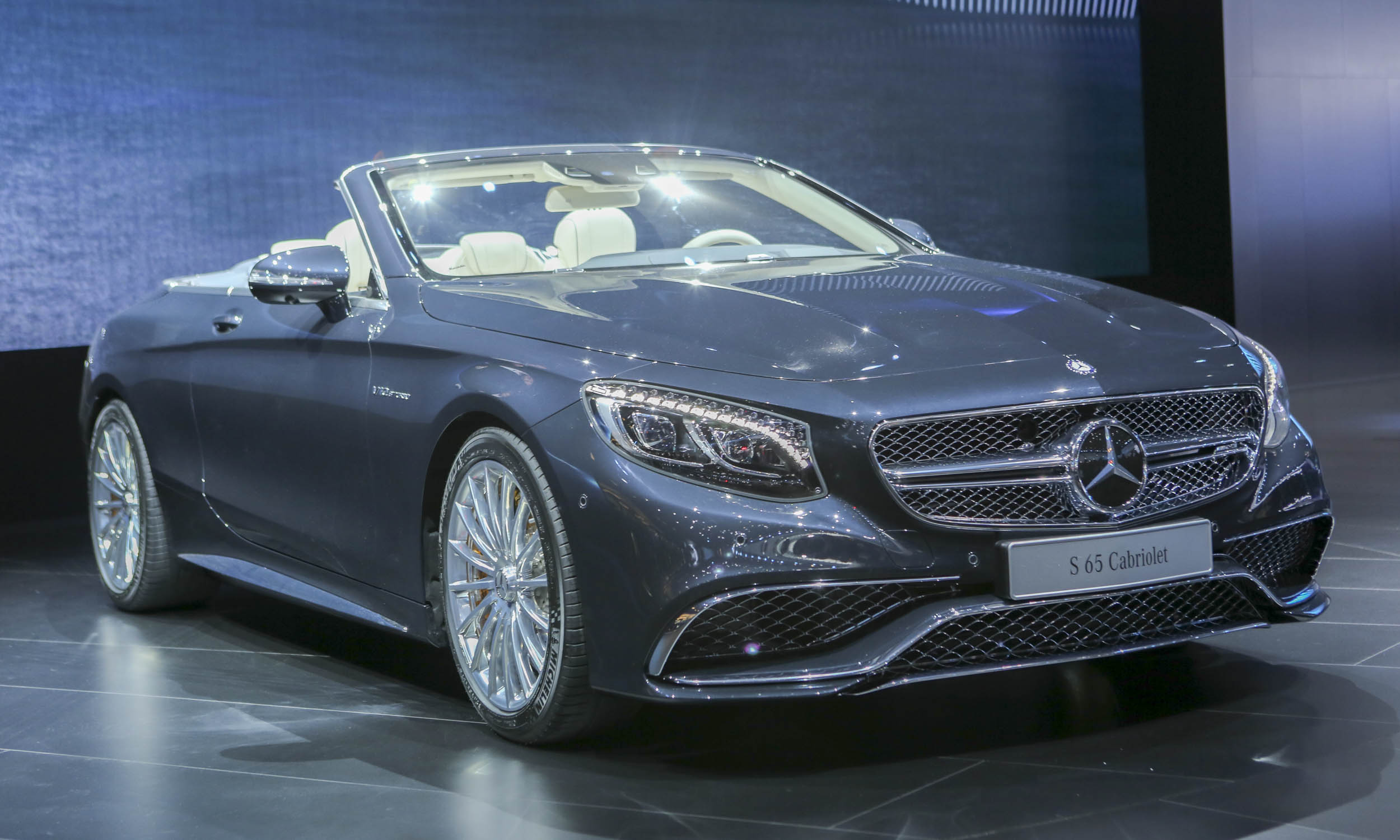 Mercedes-AMG S65 Cabriolet
For the ultimate in open-top motoring, the new Mercedes-AMG S65 Cabriolet adds to the Mercedes V12 lineup, powered by an AMG 6.0-liter V12 Biturbo engine that produces 621 horsepower and 738 lb-ft of torque, combined with the AMG SPEEDSHIFT PLUS 7G-TRONIC transmission. The three-layer acoustic fabric soft-top is available in four colors and has a high-quality lining in Nappa leather and DINAMICA microfiber.