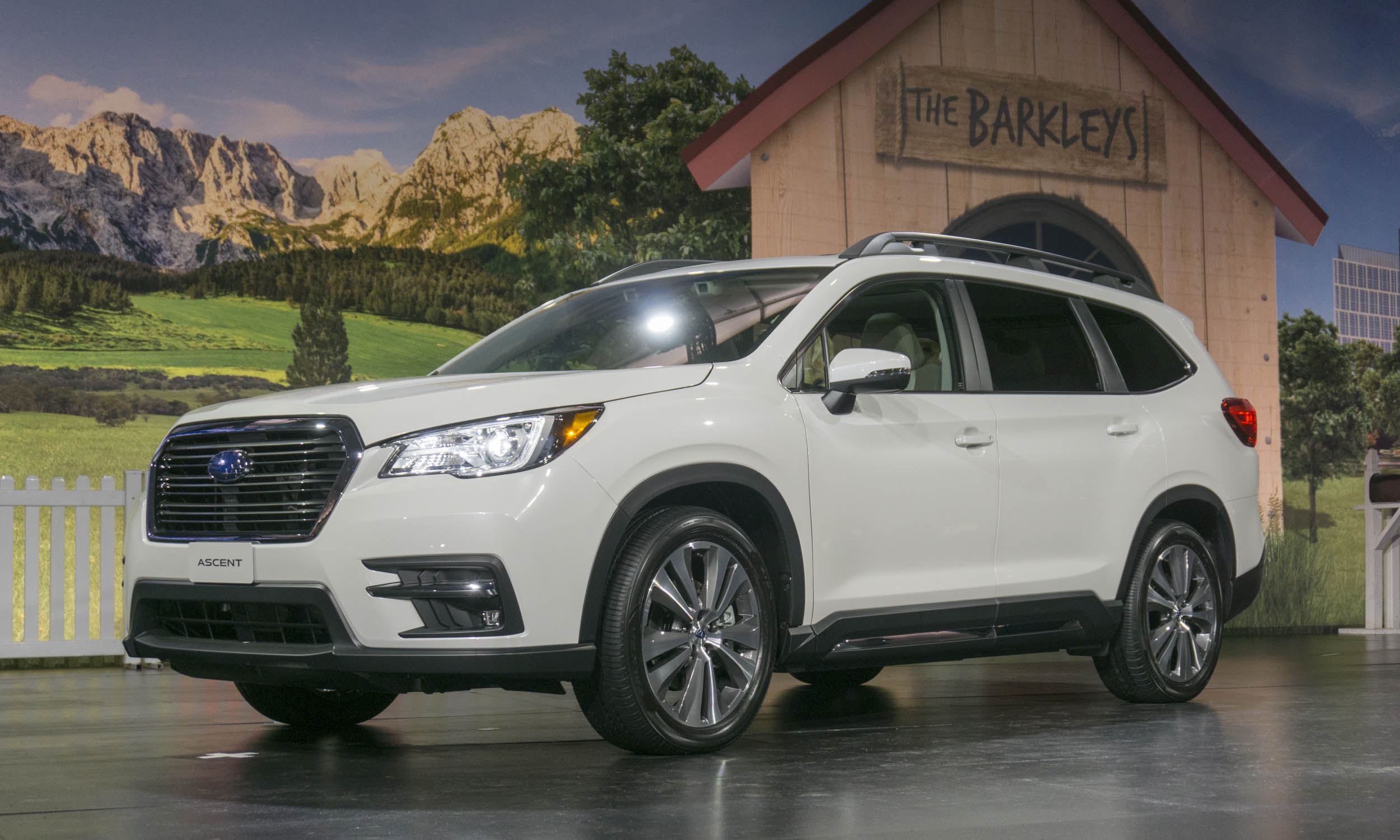 Filling a Gap
Subaru has experienced an amazing sales story over the last few years, with more than 60 consecutive months of record sales, but the company had one problem. When loyal customers started large families, they would outgrow the Outback and leave the brand, only to return after the kids had grown. Now Subaru has a solution — the all-new Ascent. With seating for up to eight passengers, the Ascent should fill that family-sized gap. 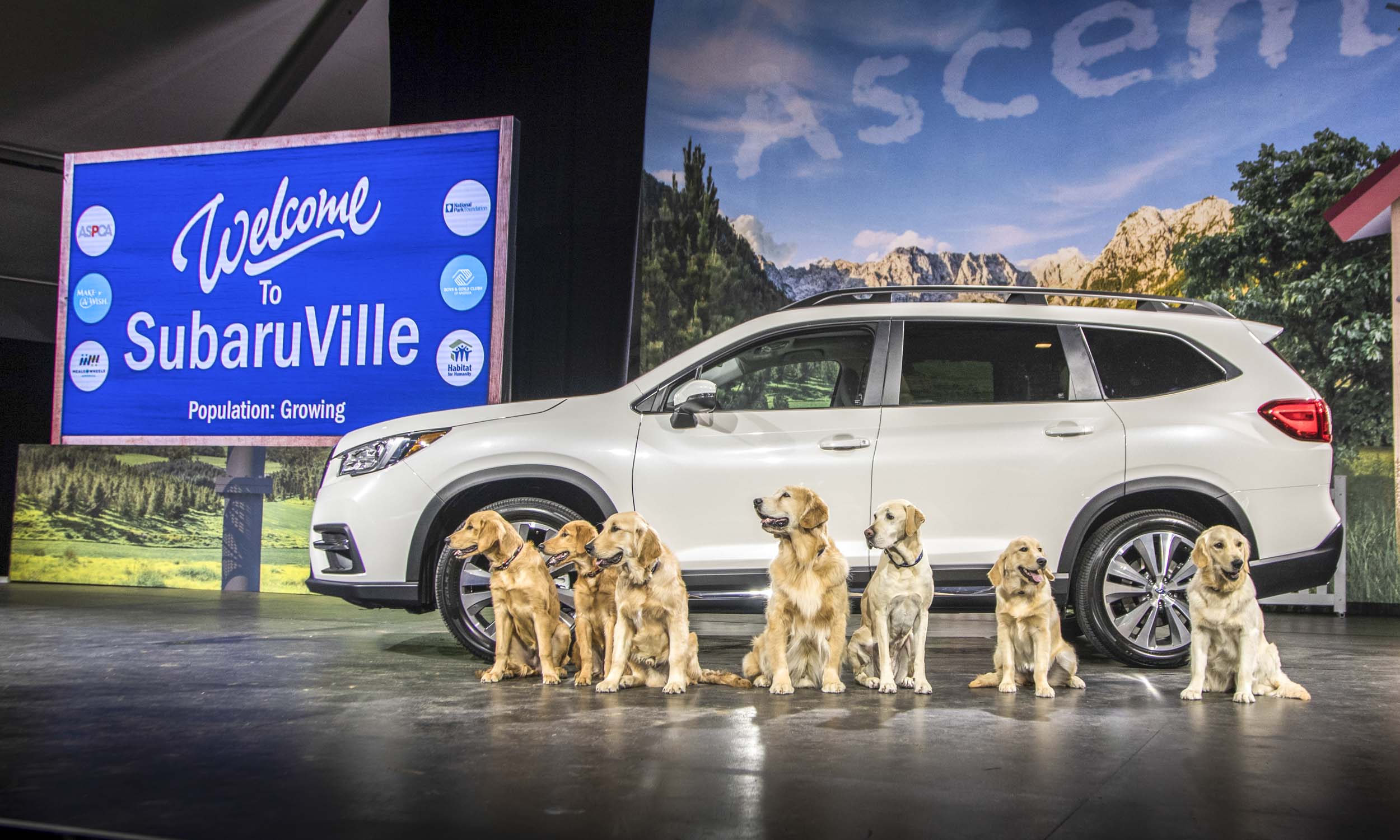 Who Let the Dogs In
On the eve of the 2017 Los Angeles Auto Show, Subaru rolled out the new Ascent with the Barkley family that stars in the automaker’s TV commercials. For those who haven’t seen the commercials, we should mention that the Barkleys are dogs, and this furry family was very excited to be riding in the car together at Subaru’s press event in L.A. 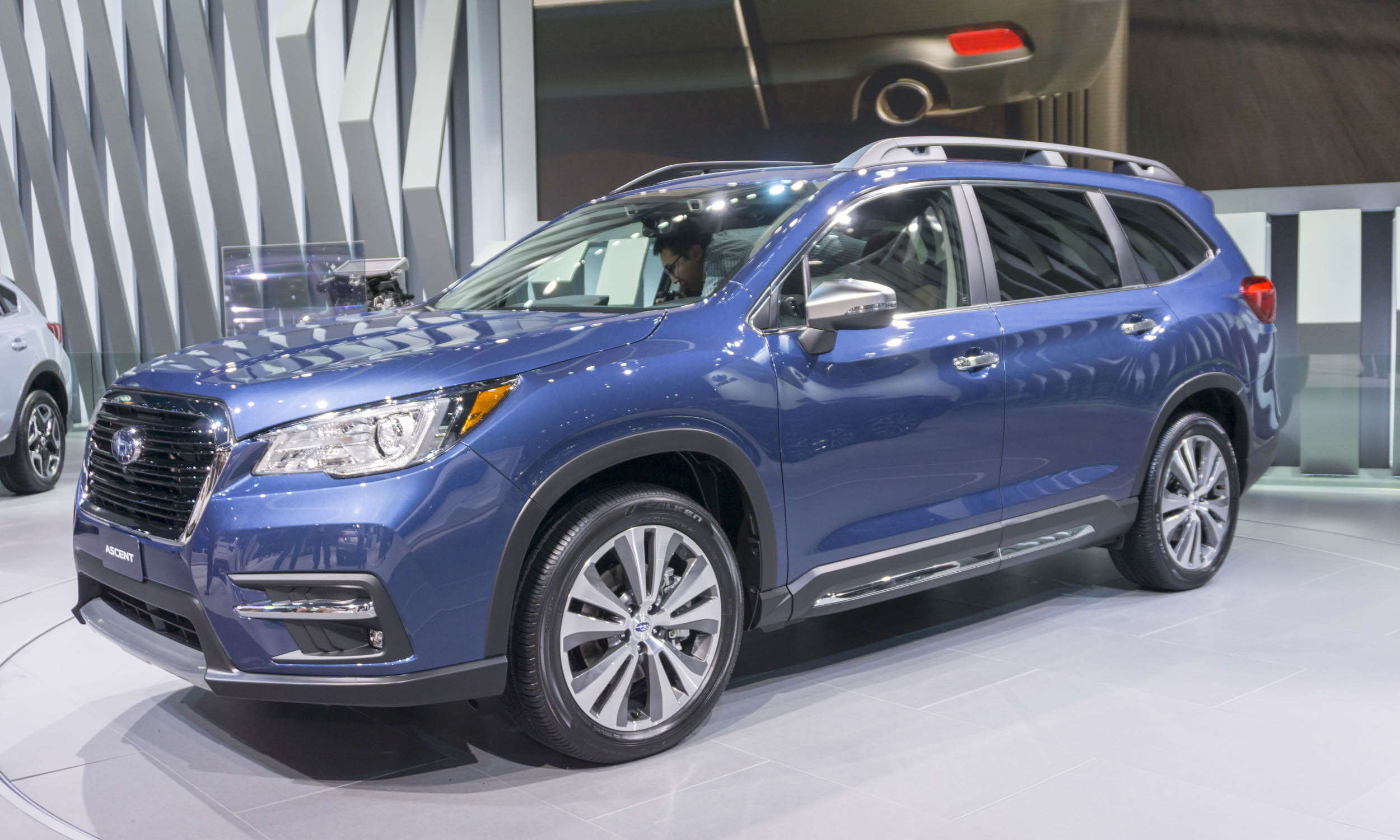 Largest Subaru
The largest vehicle Subaru has ever produced, the Ascent is considerably bigger and more capable than the Tribeca (the brand’s first attempt at a larger SUV). Ascent is a three-row vehicle with seating for up to eight passengers and additional room for cargo behind the third row. A 7-passenger version with second-row captain’s chairs will also be available. 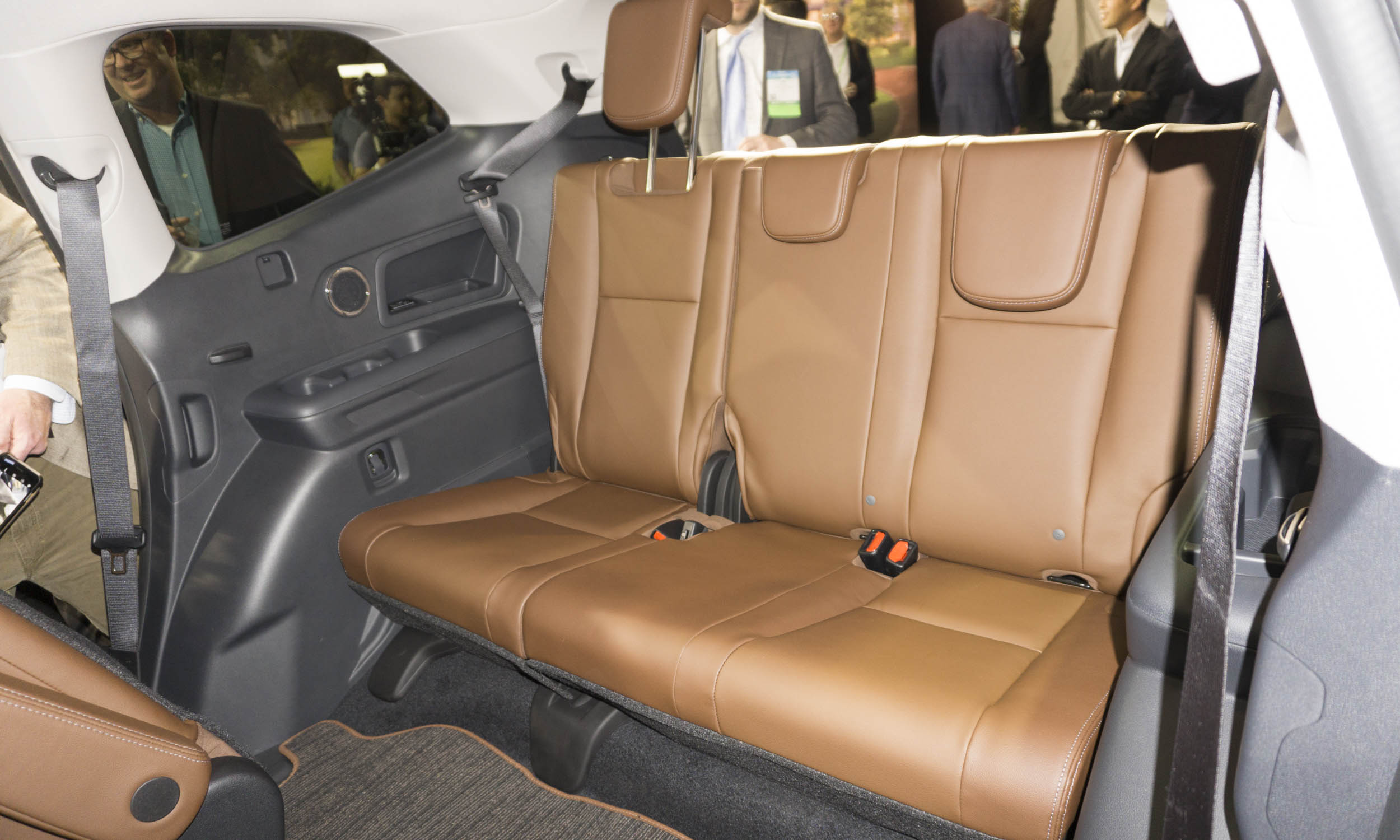 USBs for Everyone
With the Ascent, Subaru addresses some of the issues that often pop up among families in larger haulers — there are eight USB charging points throughout the cabin, as well as 19 (yes, nineteen) cupholders. Three-zone climate control is standard, with air vents for all three rows. Reading lights are also available in all seating positions. 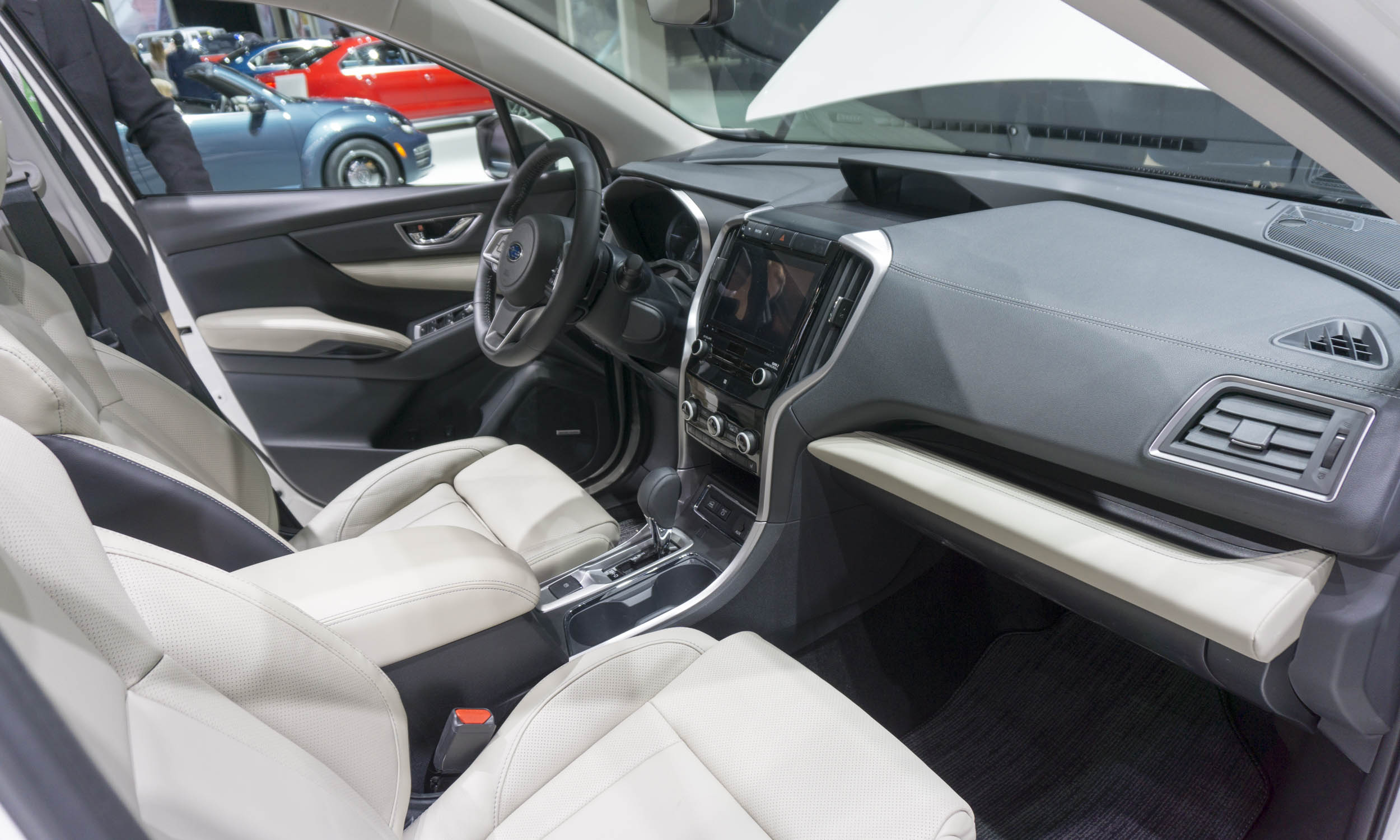 Entertaining
The new Ascent contains the latest STARLINK multimedia systems that have touchscreen displays and include Apple CarPlay and Android Auto, as well as Bluetooth hands-free phone connectivity and audio streaming. The standard system features a 6.5-inch screen, while higher trim levels feature a larger 8-inch system. Wi-Fi connectivity is also be available throughout the vehicle. 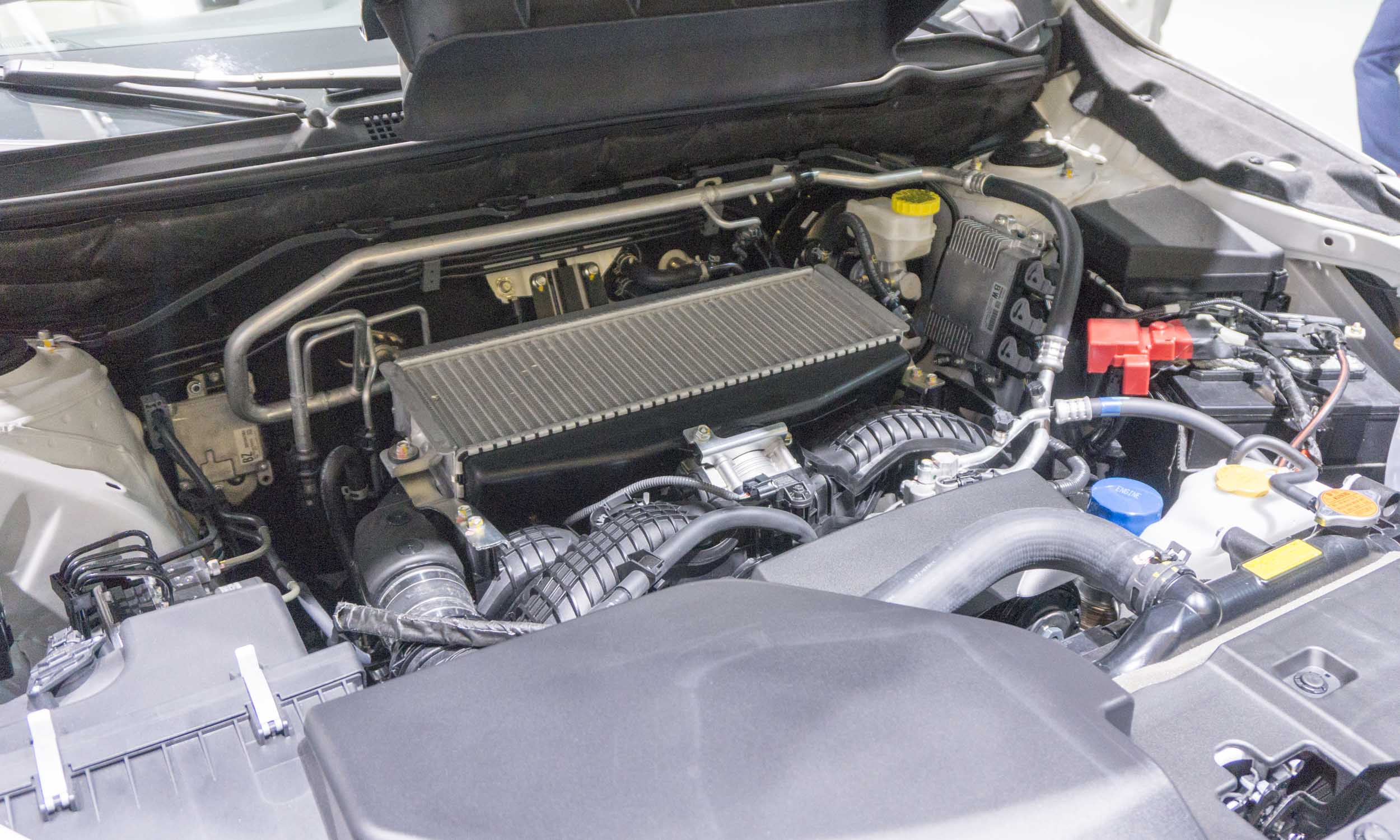 Power and Towing
Power comes from a new 2.4-liter turbocharged boxer engine that produces 260 horsepower and 277 lb-ft of torque — enough power for Subaru to fill another customer request — increased towing capability. The Ascent is rated to tow up to 5,000 pounds, which will be a welcome addition for many current Subaru owners. Trailer Stability Assist is also available to help maintain control while towing. Although EPA fuel economy ratings have not been published yet, Subaru expects the Ascent to cover more than 500 miles on a single tank of fuel. 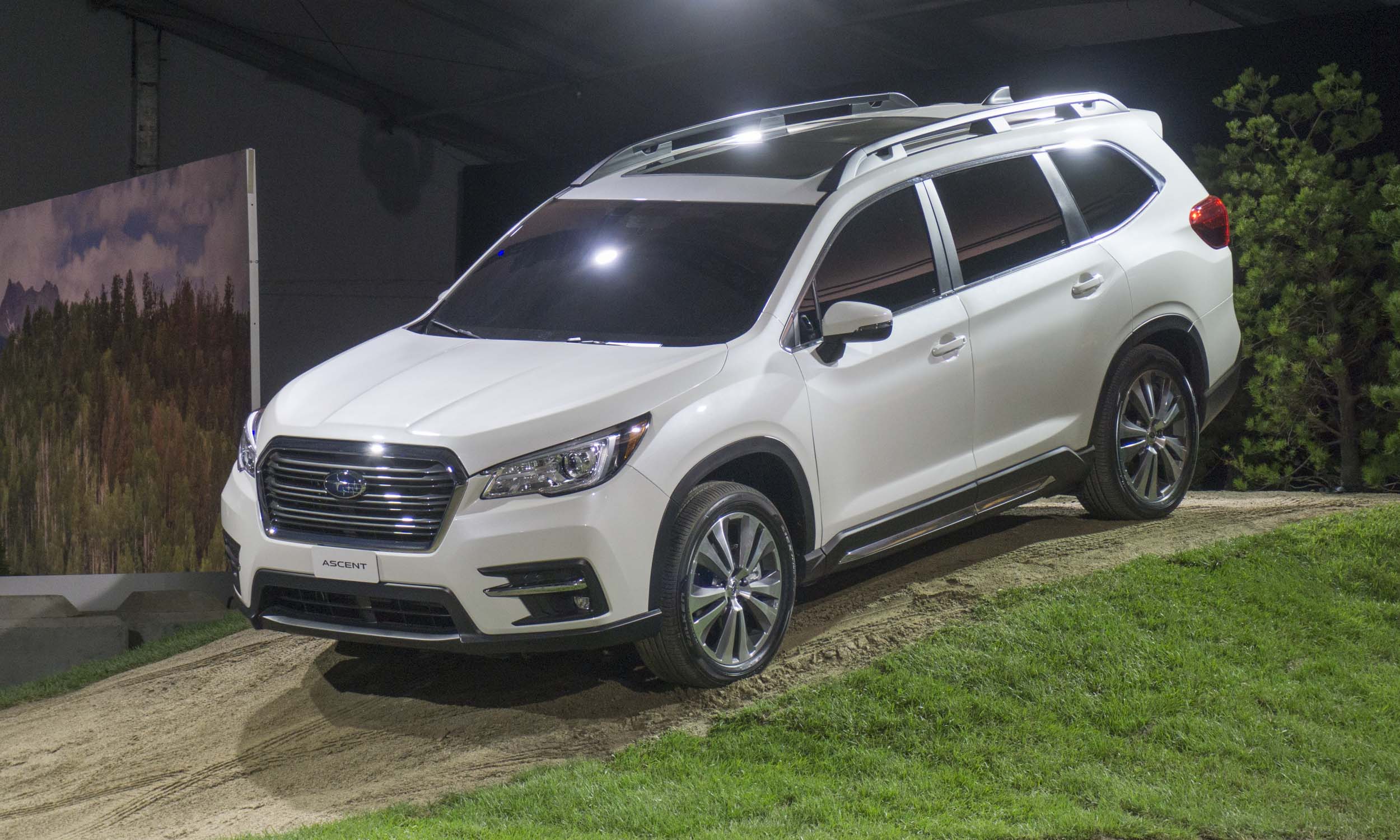 New Platform
Ascent is built on a variation of the new Subaru Global Platform introduced on the new 2017 Impreza. If it is anything like the Impreza, the Ascent should offer excellent drivability while providing a comfortable, quiet ride. An acoustic windshield and thicker glass all around further aid soundproofing. 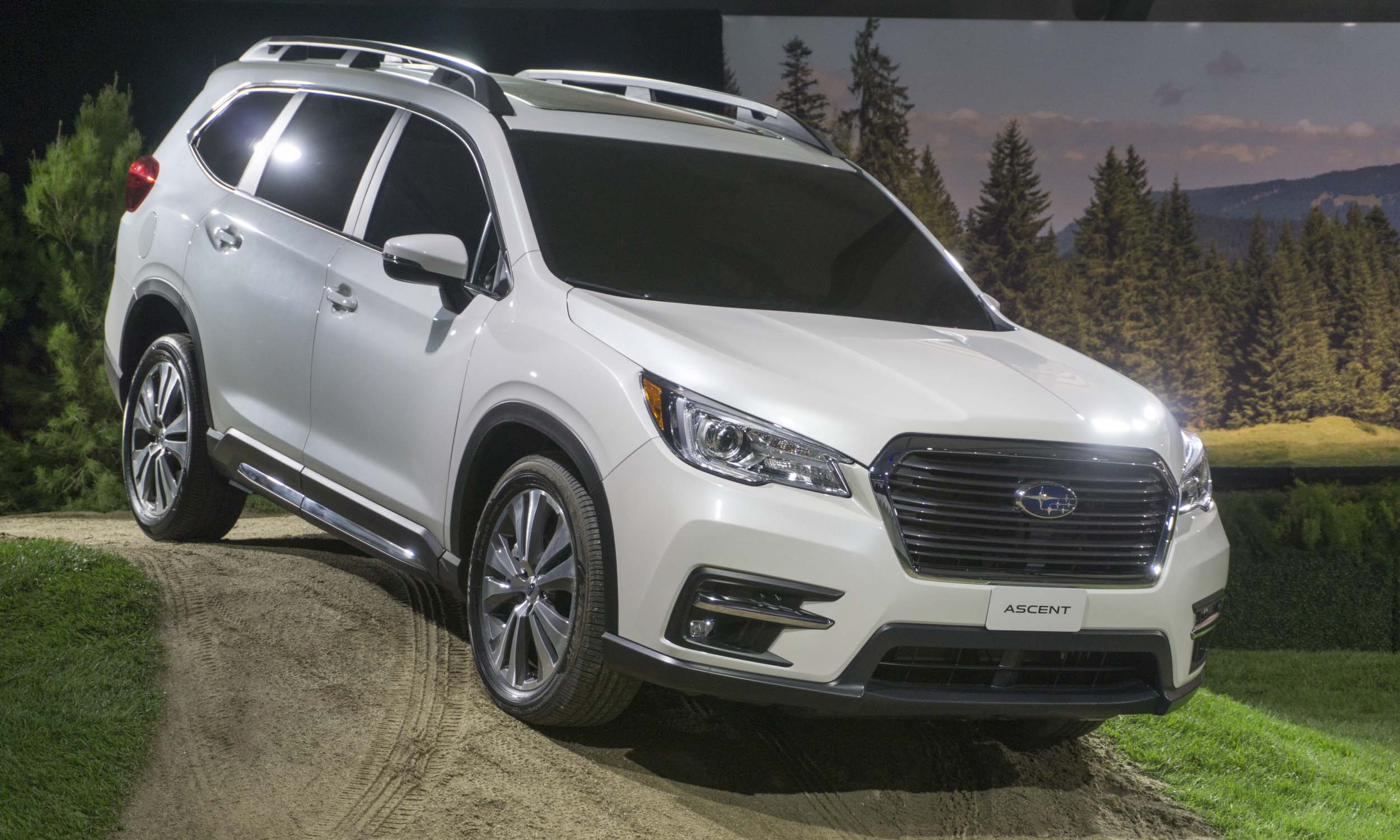 All-Wheel Drive — Naturally
Since the Ascent is all Subaru, full-time all-wheel drive will be standard across the board. Active torque vectoring will also be standard, which enables better handling. A full 8.7-inches of ground clearance means Ascent should be able to handle whatever a typical family will put it through. 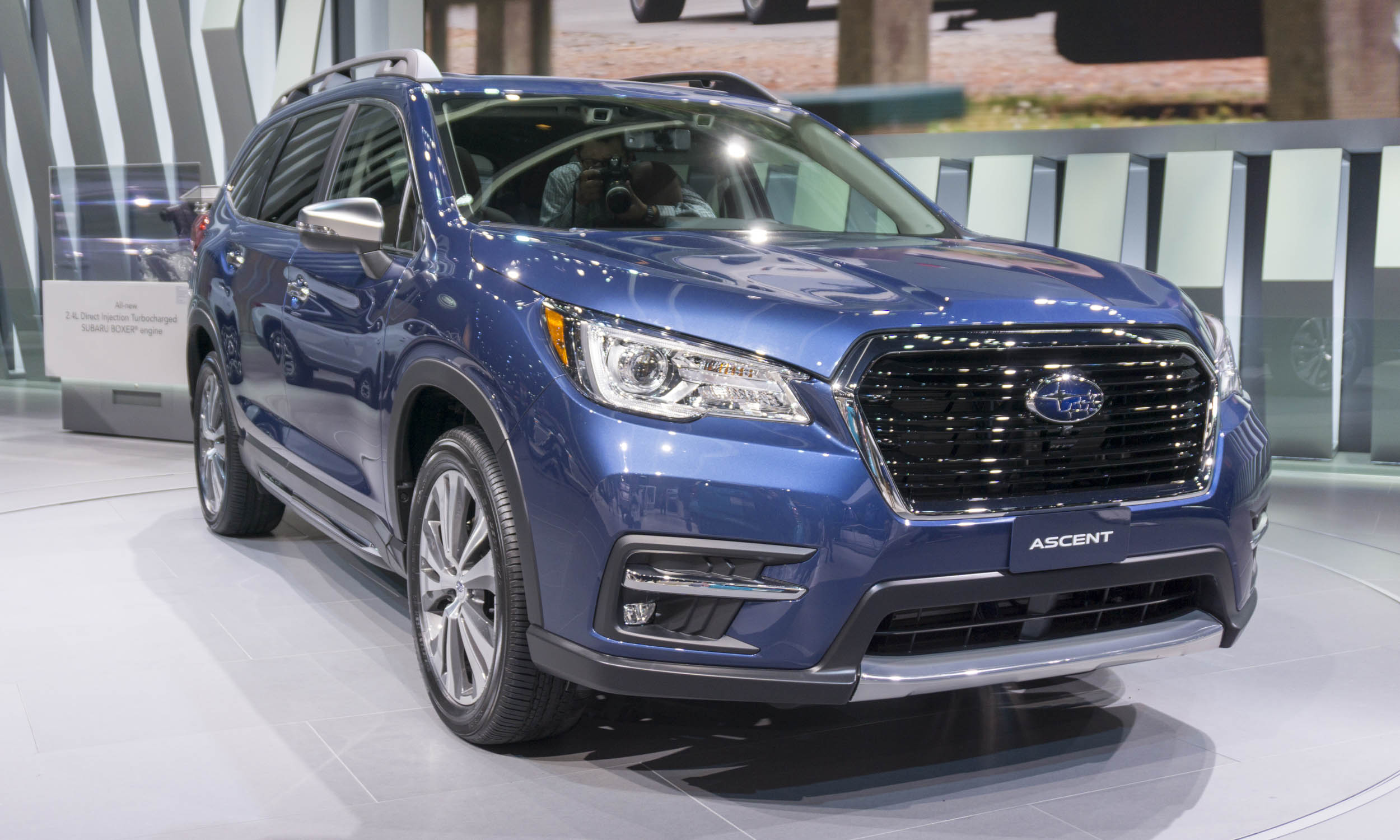 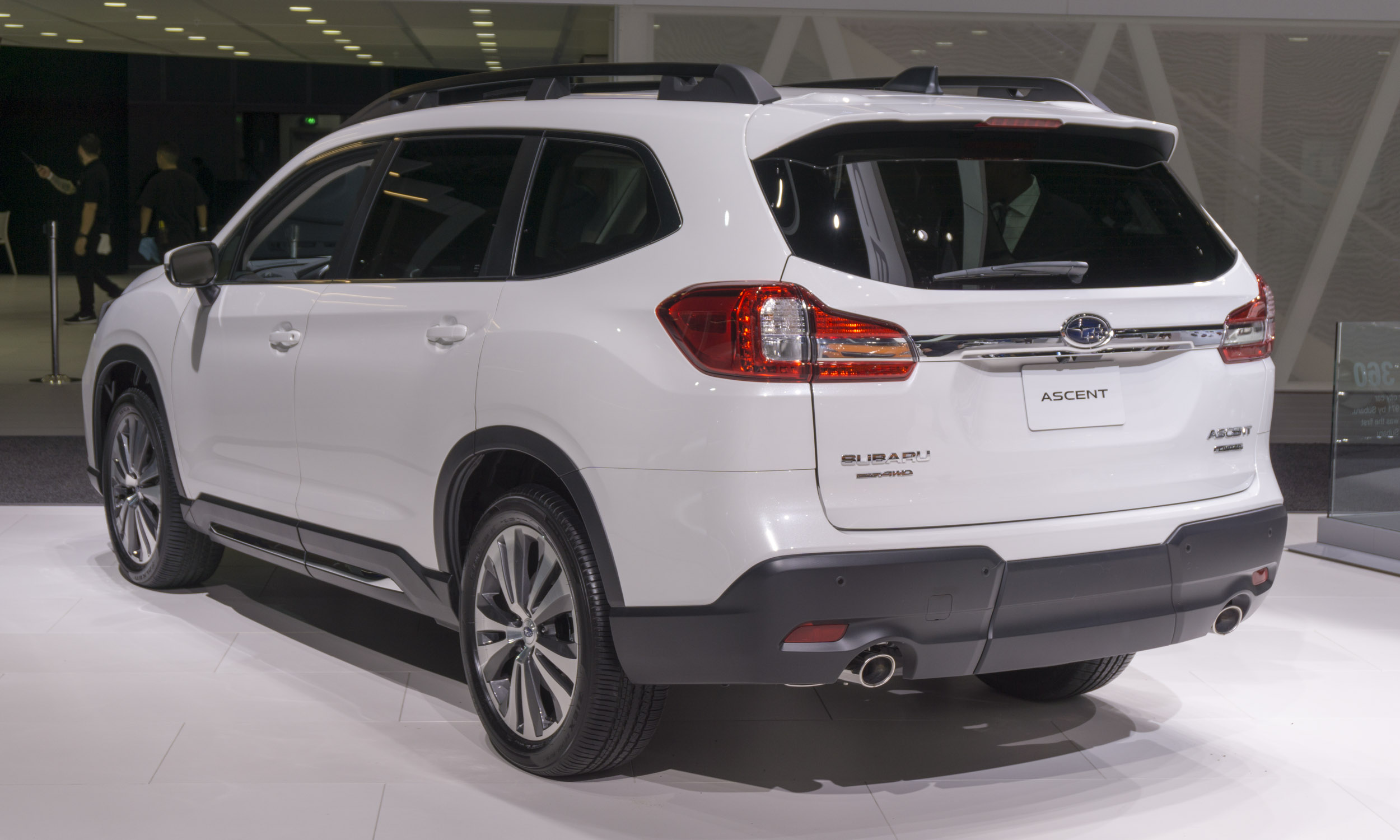 Coming Next Summer
Ascent will be available in four trim levels: base, Premium, Limited and Touring. Pricing has not been announced; however, Subaru reps said that prices should start in the $30,000 range. The new Ascent will be built in Subaru’s manufacturing plant in Indiana alongside the Outback, Legacy and Impreza. Look for the Ascent to roll into showrooms early next summer.