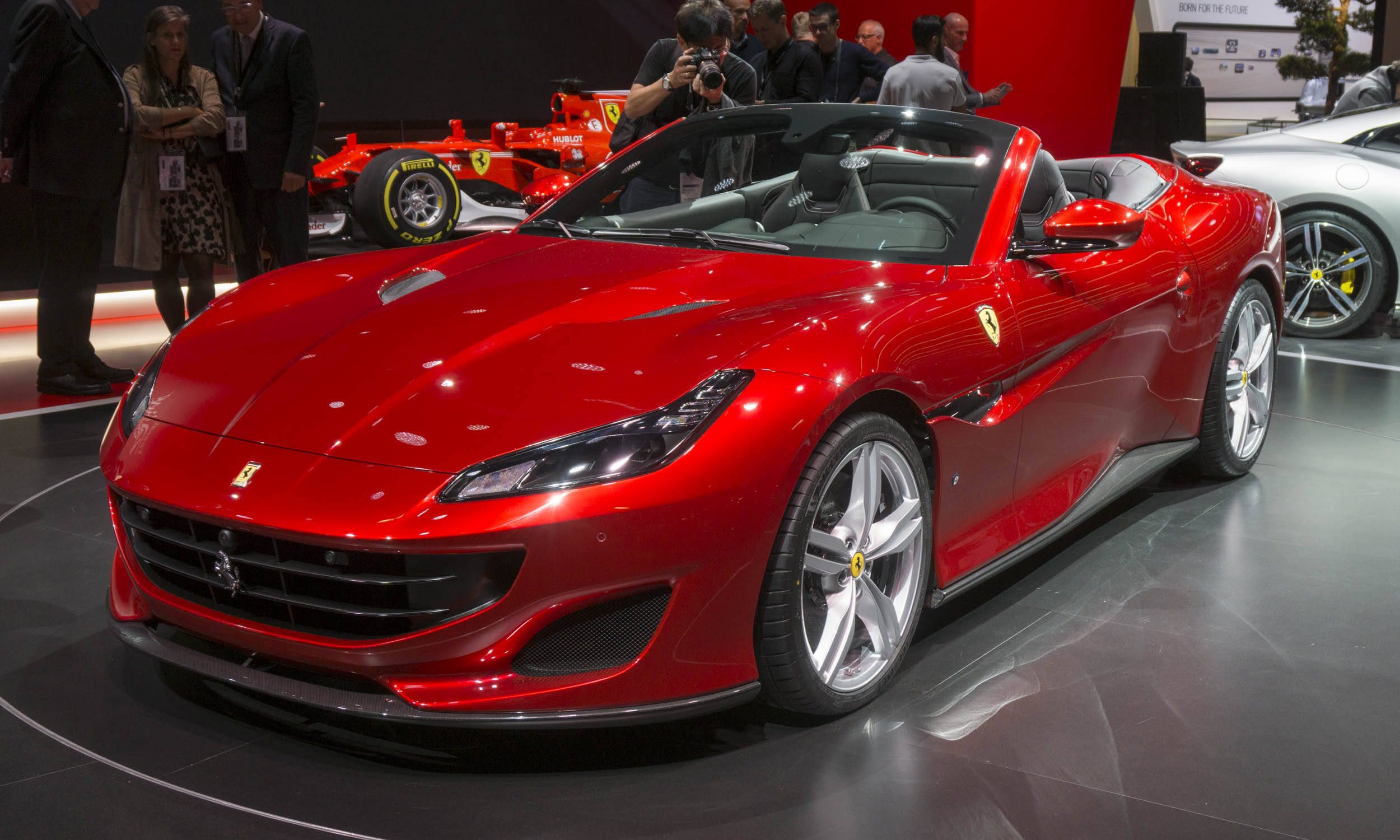 Replacing the California
At press preview days before the 2017 Frankfurt Motor Show, Ferrari introduced an all-new convertible. The Portofino replaces the California as the entry model in Ferrari’s lineup. The newest Ferrari gets its name from the beautiful port city in Italy known for its picturesque surroundings and — as Ferrari asserts — its “elegance, sportiness and understated luxury.” Further celebrating the exclusive town, the launch color of the new model is called Rosso Portofino. 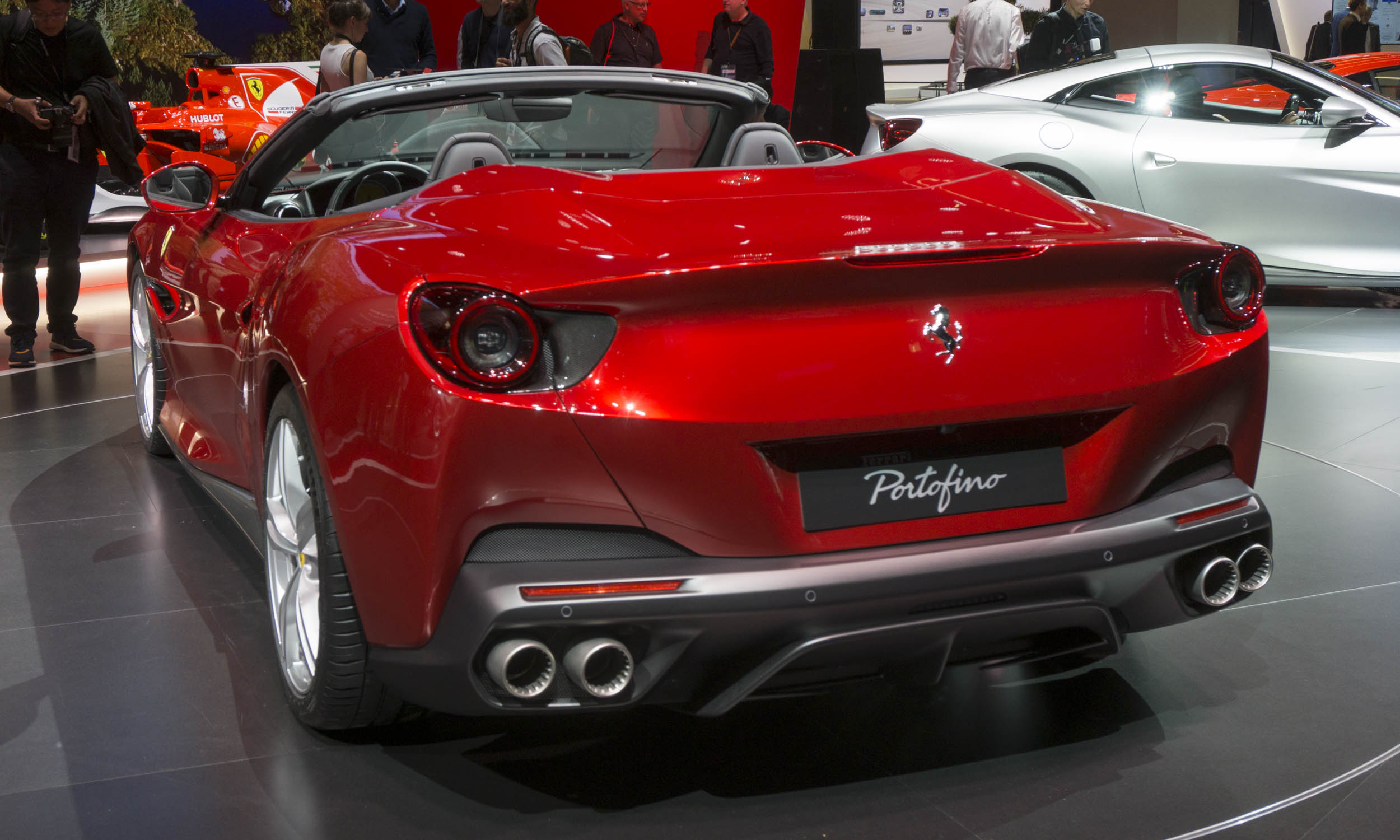 Turbo V8
The Portofino sports the same turbocharged 3.9-liter V8 engine as the California T; however, the engine has been updated to produce close to 600 horsepower — an increase of almost 50 ponies. The V8 powerplant has several updates including new pistons, a new intake and a new one-piece cast exhaust header. This combined with Variable Boost Management results in almost zero turbo lag, better performance as well as better fuel economy. 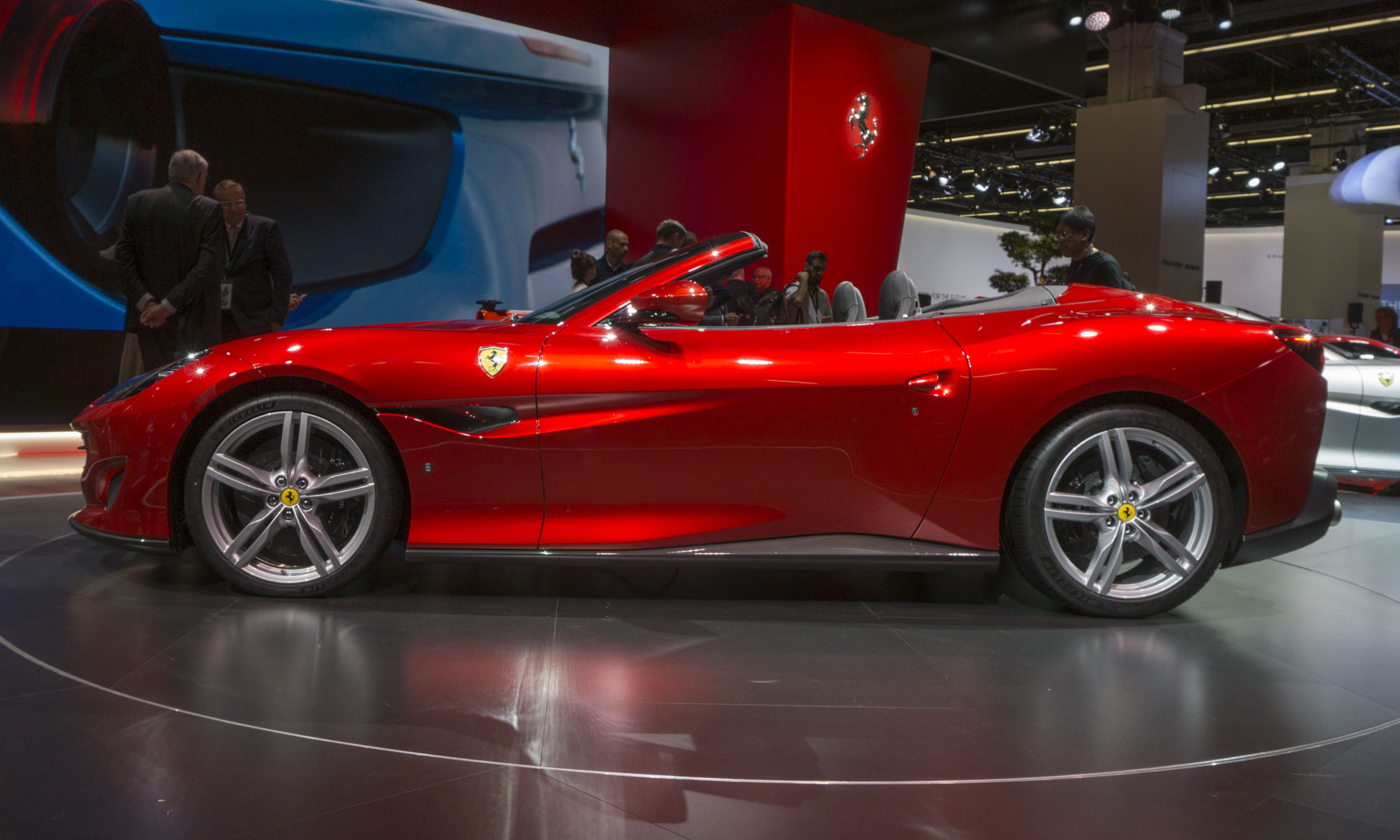 Ferrari Performance
Performance is at a level appropriate for a Ferrari — a sprint to 60 mph takes less than 3.5 seconds, while top speed is documented as approaching 200 mph. To help handle the power, an electronic rear differential improves mechanical grip and provides better control when the car is at its limits. 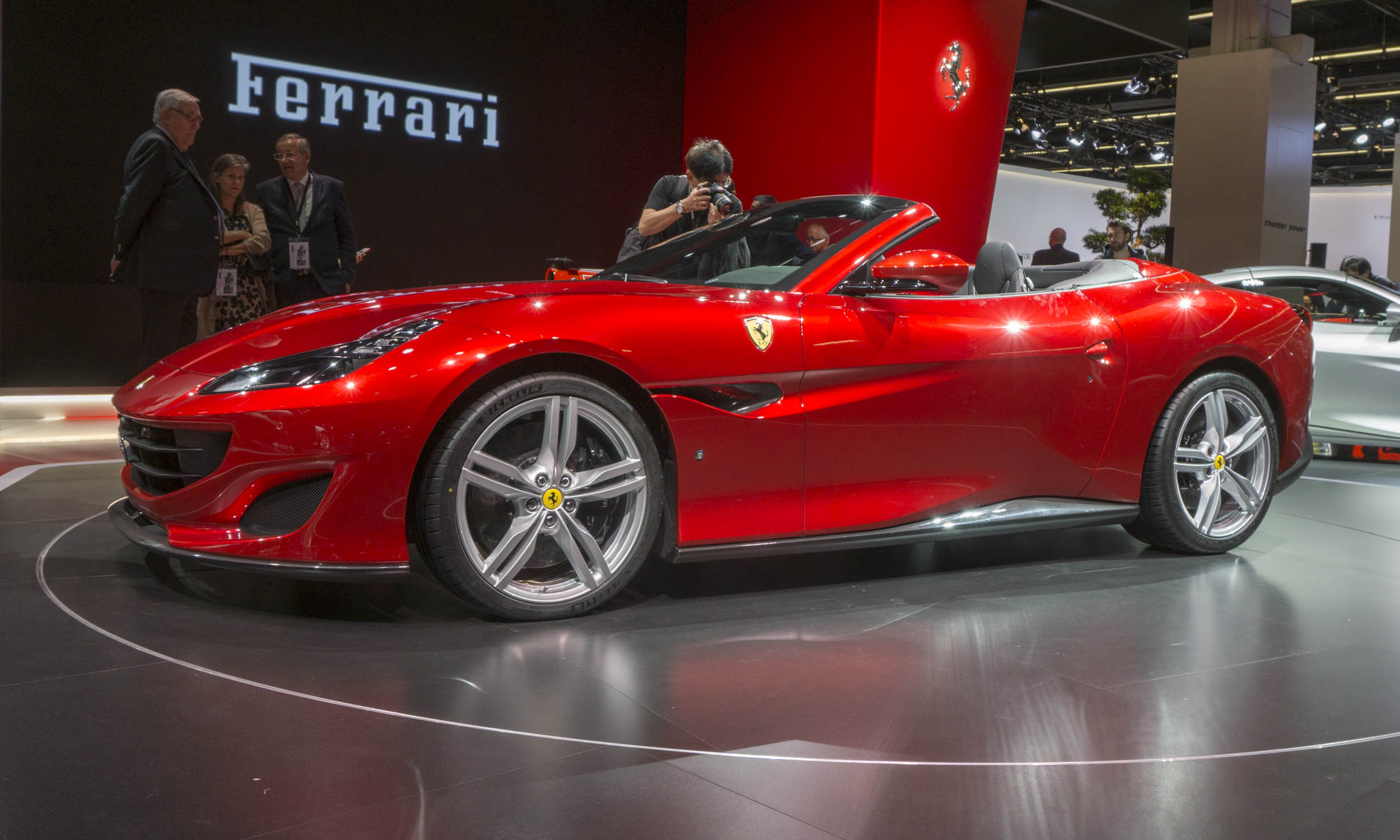 New Chassis
In addition to offering more power than the outgoing California, the Portofino features an all-new chassis with significant weight savings versus its predecessor. While the weight has been reduced, structural rigidity has been increased. 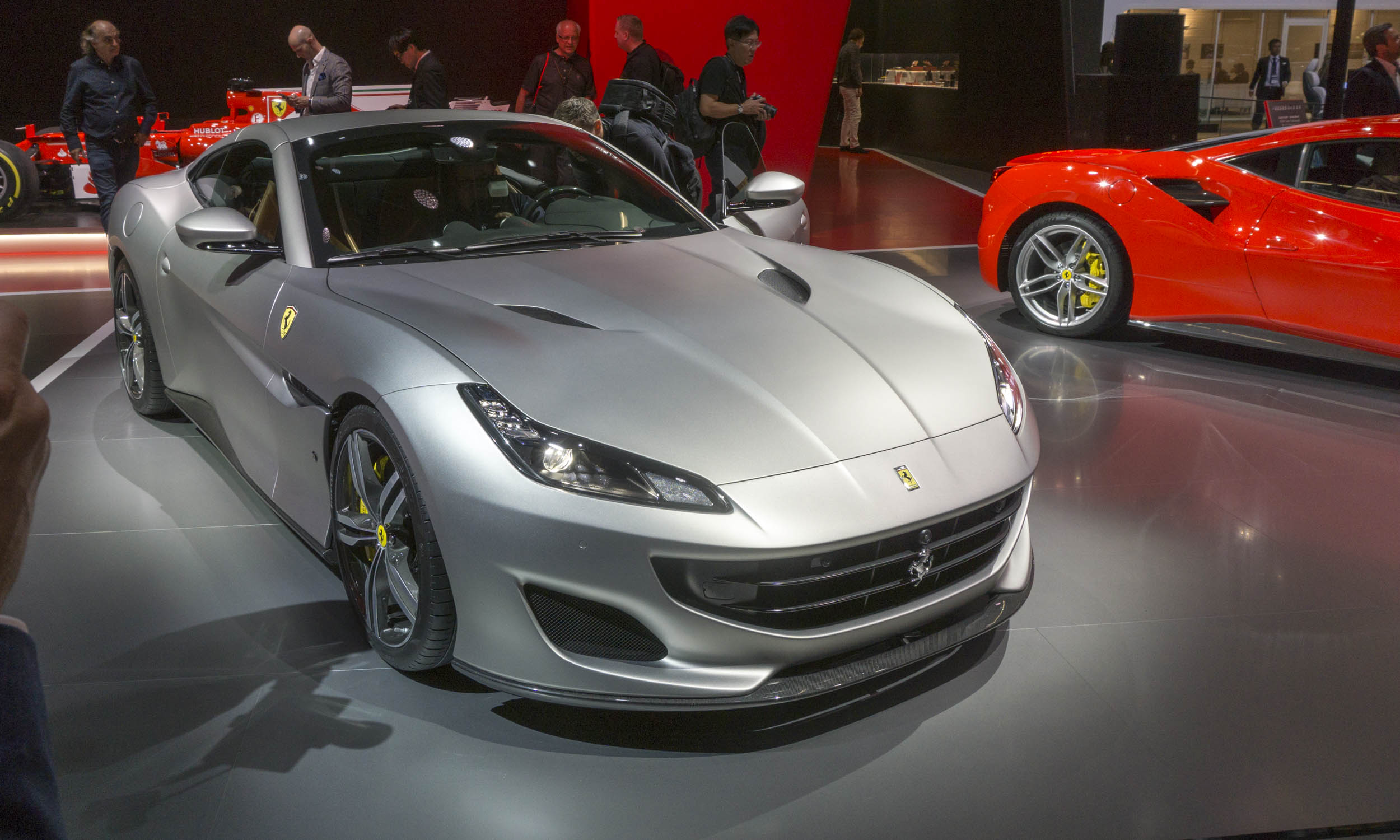 Retractable Hardtop
The Portofino employs a retractable hardtop that not only adds stiffness and security, when closed it creates a sleek fastback style. Overall styling for Portofino is more in line with the rest of the Ferrari lineup, looking much more modern than the California. This includes a larger grille, new LED headlights and new taillights. 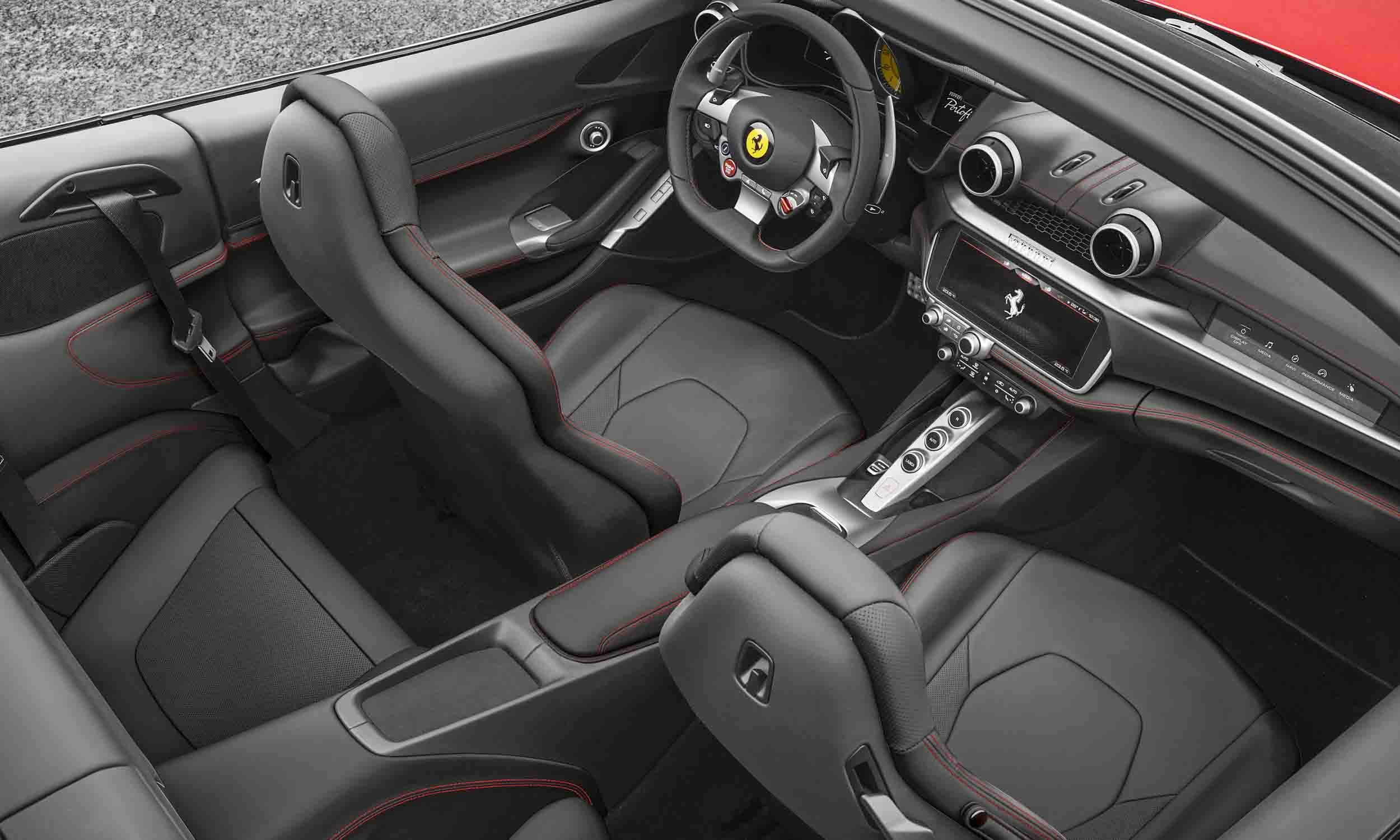 Seating for Four
Ferrari’s new Portofino convertible seats four; however, from the looks of it rear-seat use should probably be limited to short trips. There’s also a new 10.2-inch display screen, a new steering wheel and 18-way power-adjustable front seats. 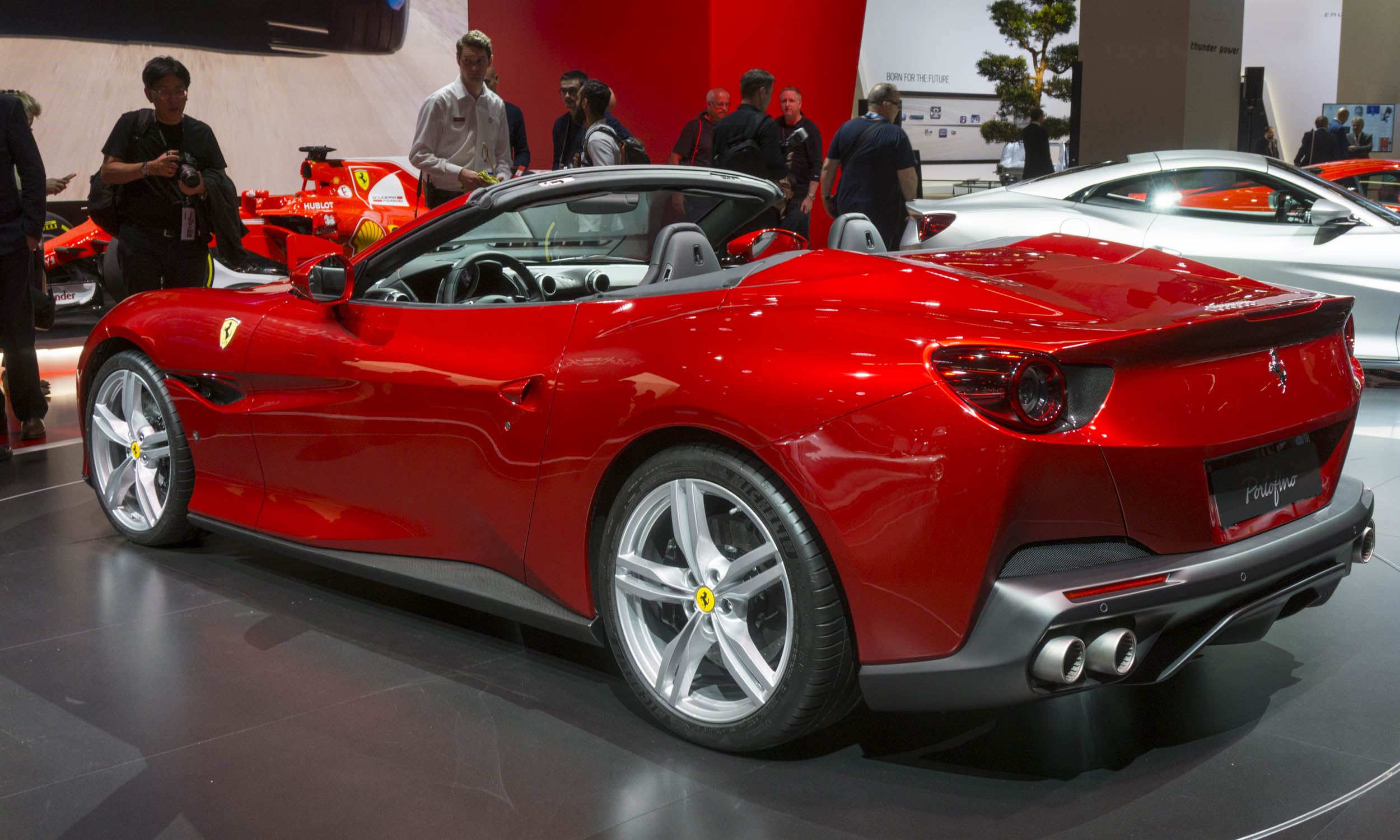 Coming Soon
The new Portofino is expected to arrive in showrooms early next year.