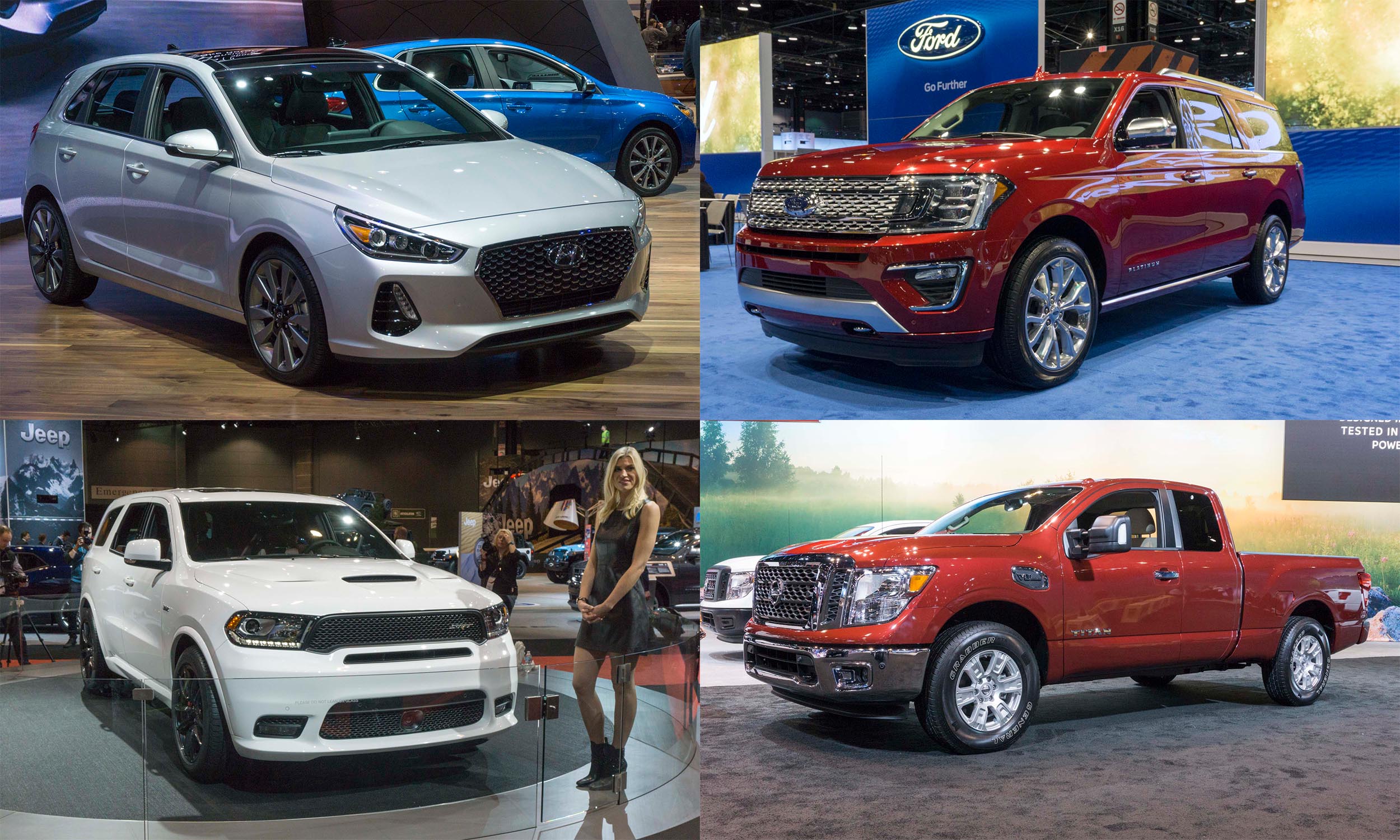 Chicago Show Highlights
With more than 1 million square feet of floor space in the massive McCormick Place, the Chicago Auto Show is the largest in North America. This is the 109th time the show has taken place, making it one of the oldest in the country. This year there were plenty of new offerings, including debuts from Ford, Subaru, Dodge, Hyundai, Chevrolet, Nissan and more. What follows are highlights from the 2017 Chicago Auto Show. 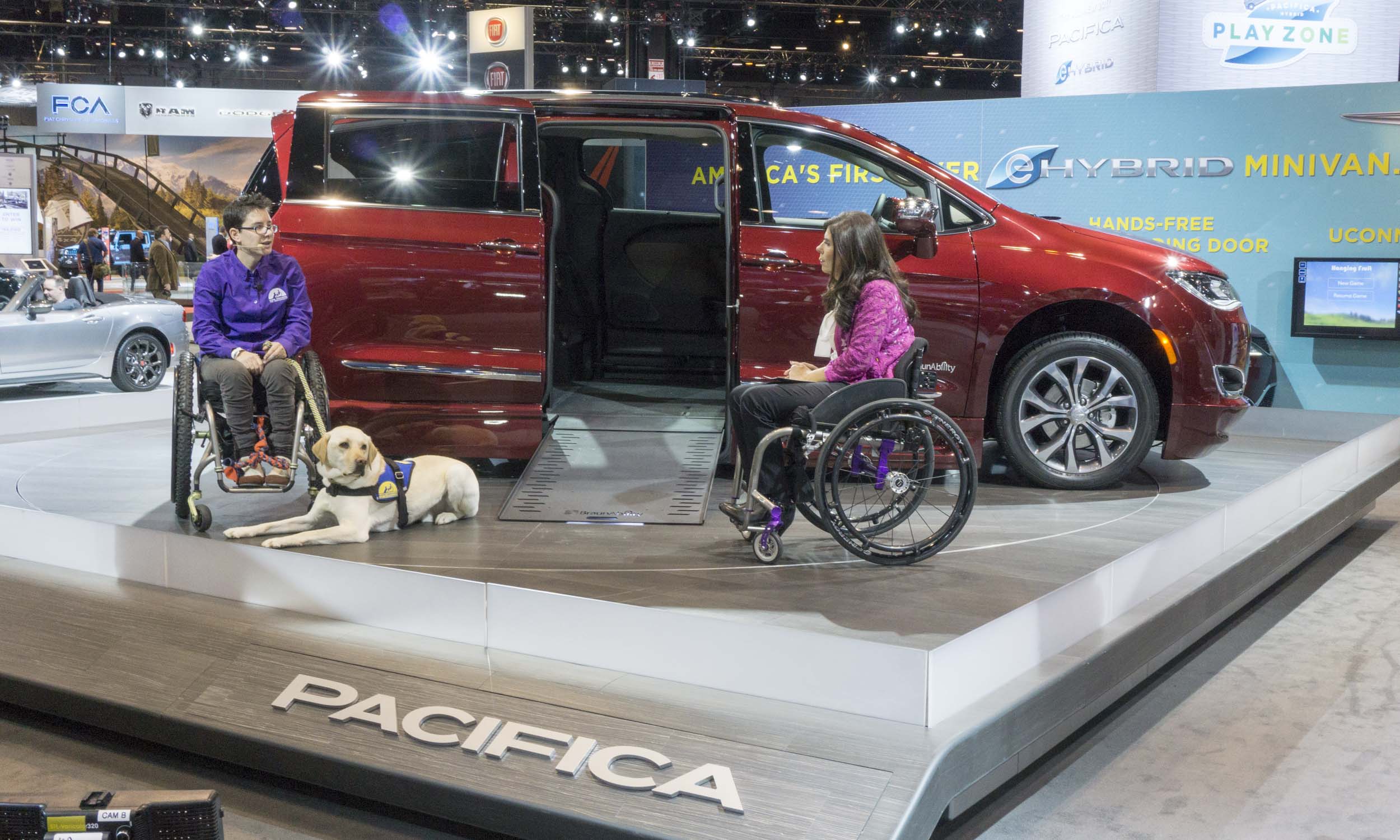 BraunAbility Chrysler Pacifica
Forty-five years ago BraunAbility installed a wheelchair lift in a full-size Dodge Van. That pioneering move led these two companies to announce in Chicago that they would be partnering to create a wheelchair-accessible Chrysler Pacifica. The BraunAbility Chrysler Pacifica features patent-pending AccessAbility technology that creates the largest interior space as well as the widest door opening and side-entry ramp in the industry. This partnership also includes support for the “Give a Dog a Job” campaign, which benefits Canine Companions for Independence. Trained service dogs empower wheelchair users daily by completing everyday activities, including getting in and out of the wheelchair-accessible vehicles. 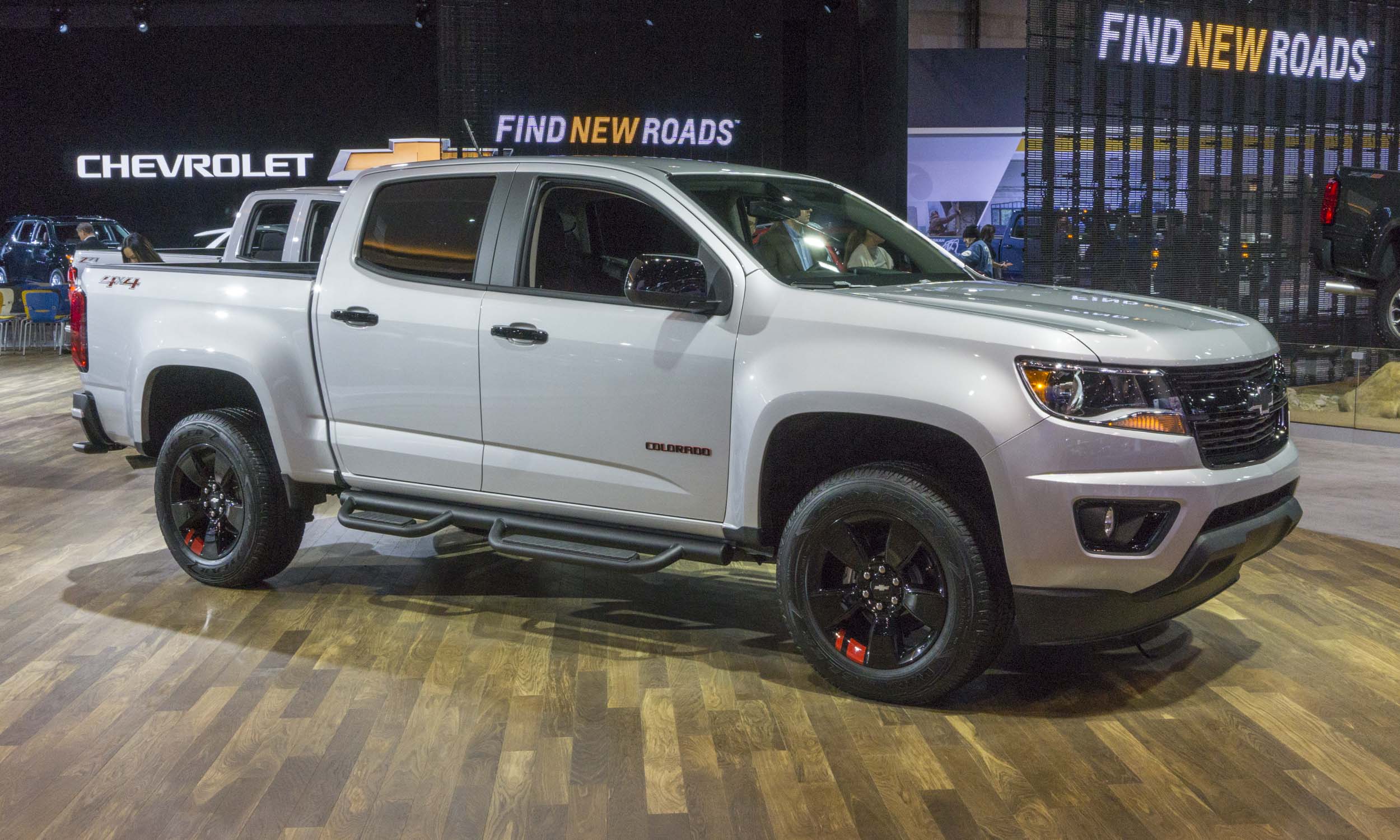 Chevrolet Redline
In Chicago Chevrolet introduced the Redline special edition series, available on nine models: Camaro, Colorado, Cruze Sedan, Cruze Hatchback, Silverado, Trax, Equinox, Traverse and Malibu. All Redlines include black wheels with red hash marks, black nameplates with a red outline, blacked-out grilles and black Chevrolet bowtie logos. Some models add additional elements such as red tow hooks for Colorado. The Redline editions will go on sale throughout the year, with the Silverado Redline currently available for order at dealerships; all models will be offered by the end of 2017. 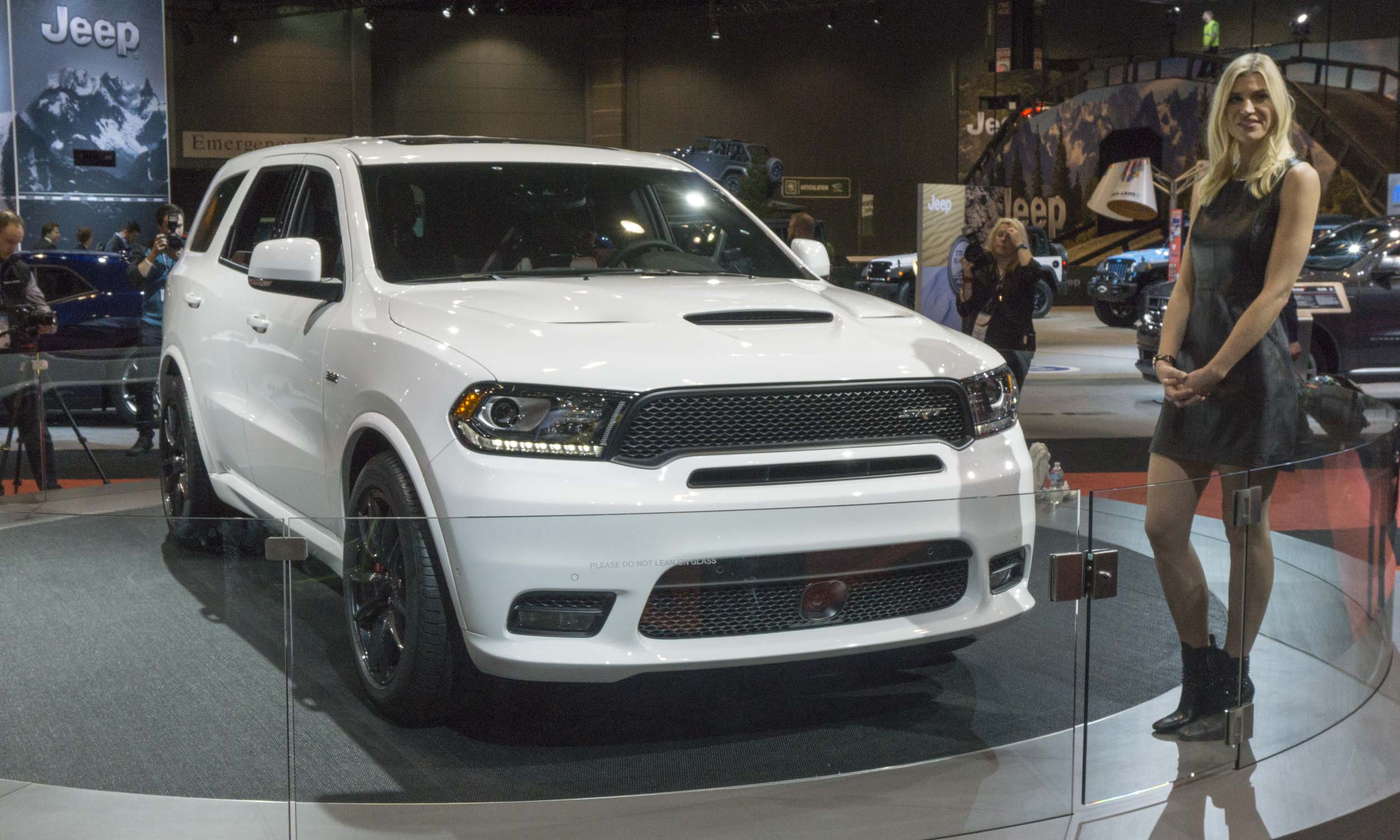 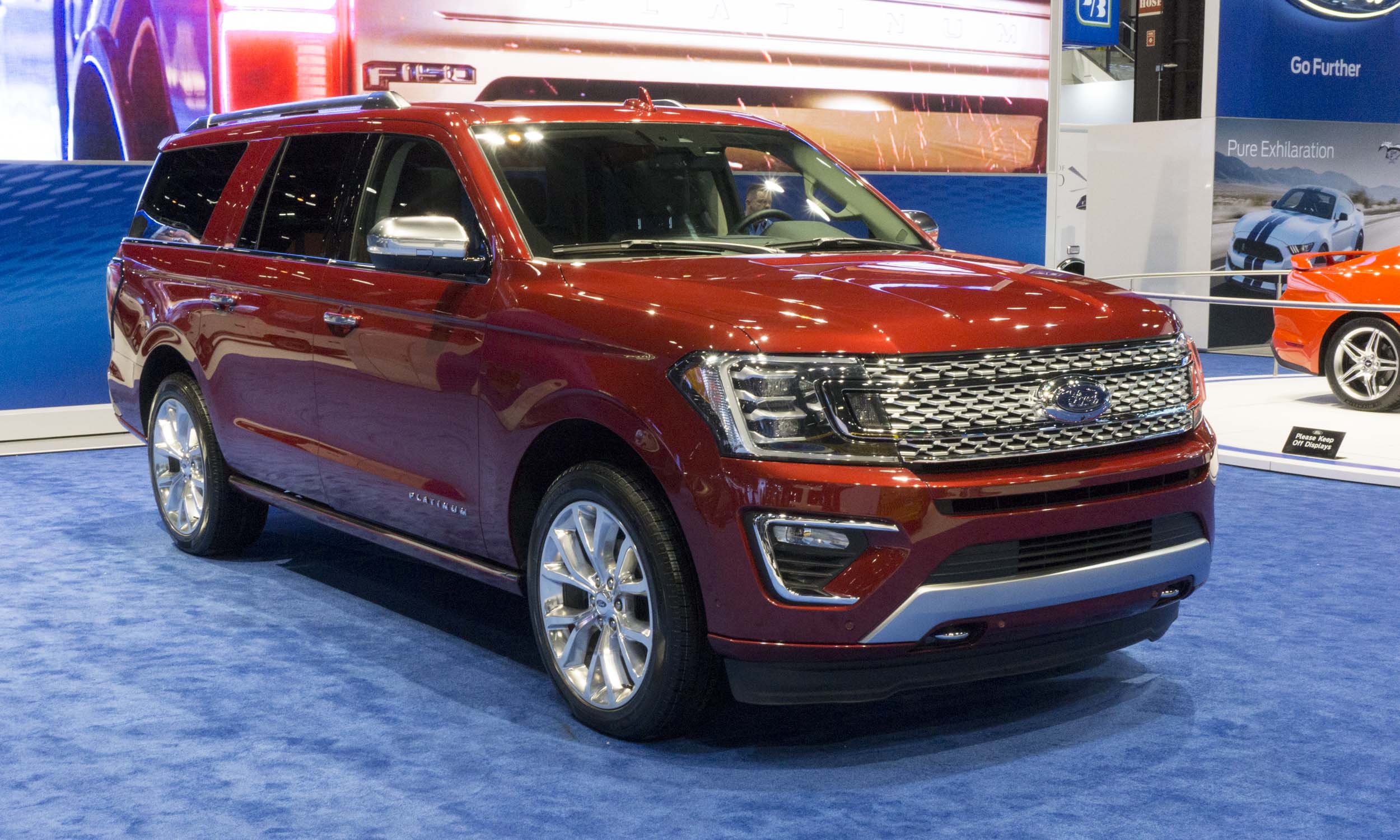 2018 Ford Expedition
The all-new Ford Expedition appeared at the 2017 Chicago show after its debut on February 7 at Ford Center at The Star, home of the Dallas Cowboys. The redesigned Expedition features a new high-strength, aluminum-alloy body and redesigned high-strength steel frame. Expedition has a more powerful turbocharged 3.5-liter EcoBoost V6 engine with standard Auto Start-Stop, combined with a new 10-speed automatic transmission. Off-road capability is improved with a newly available electronic limited-slip differential when equipped with Intelligent AWD. The 2018 model has more than 40 features and driver-assist technologies new to Expedition, including wireless charging, a Wi-Fi hotspot, SYNC 3, SYNC Connect, power in every row, and a Panoramic Vista Roof. Expedition’s flexible seating includes second-row tip-and-slide seats that provide easy access to the third row even with child seats installed. The 2018 Expedition goes on sale in fall 2017. 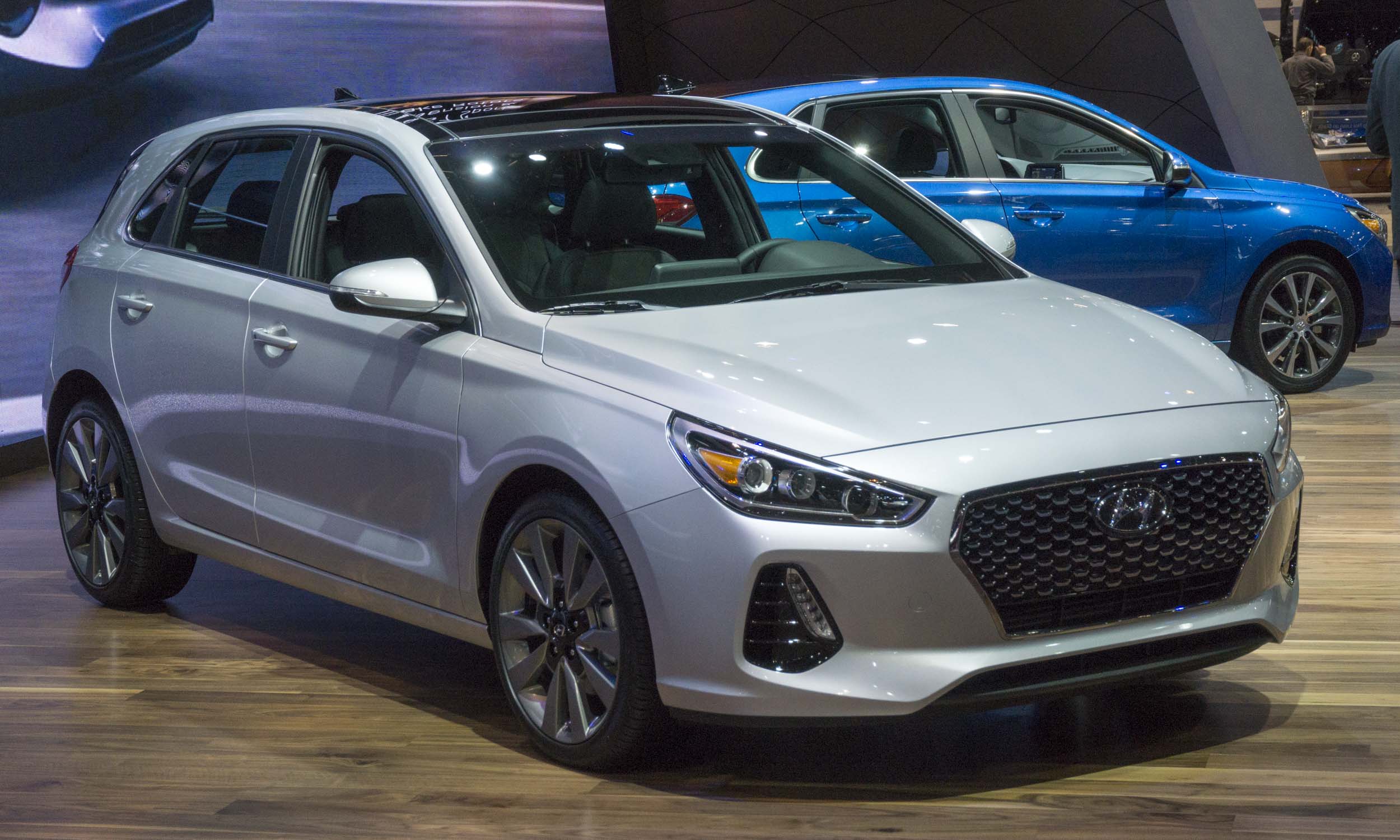 2018 Hyundai Elantra GT
Hyundai’s latest model in the updated Elantra lineup made its debut at the 2017 Chicago Auto Show. The all-new Elantra GT offers sportier looks with added versatility. Built on an all-new platform, the Elantra GT is stiffer, stronger and lighter than the previous generation. This is largely because half the structure is now advanced high-strength steel — nearly double the outgoing generation. Two different versions of the Elantra GT will be available: GT and GT Sport. The GT gets power from a 2.0-liter 4-cylinder engine putting out 162 horsepower, while the GT Sport upgrades to a 1.6-liter turbocharged powerplant that produces 201 horsepower and 195 lb-ft of torque. Buyers can choose between a 7-speed dual-clutch gearbox or a 6-speed manual transmission. The 2018 Elantra GT will join the Hyundai lineup later in 2017. Pricing will be announced closer to the on-sale date. 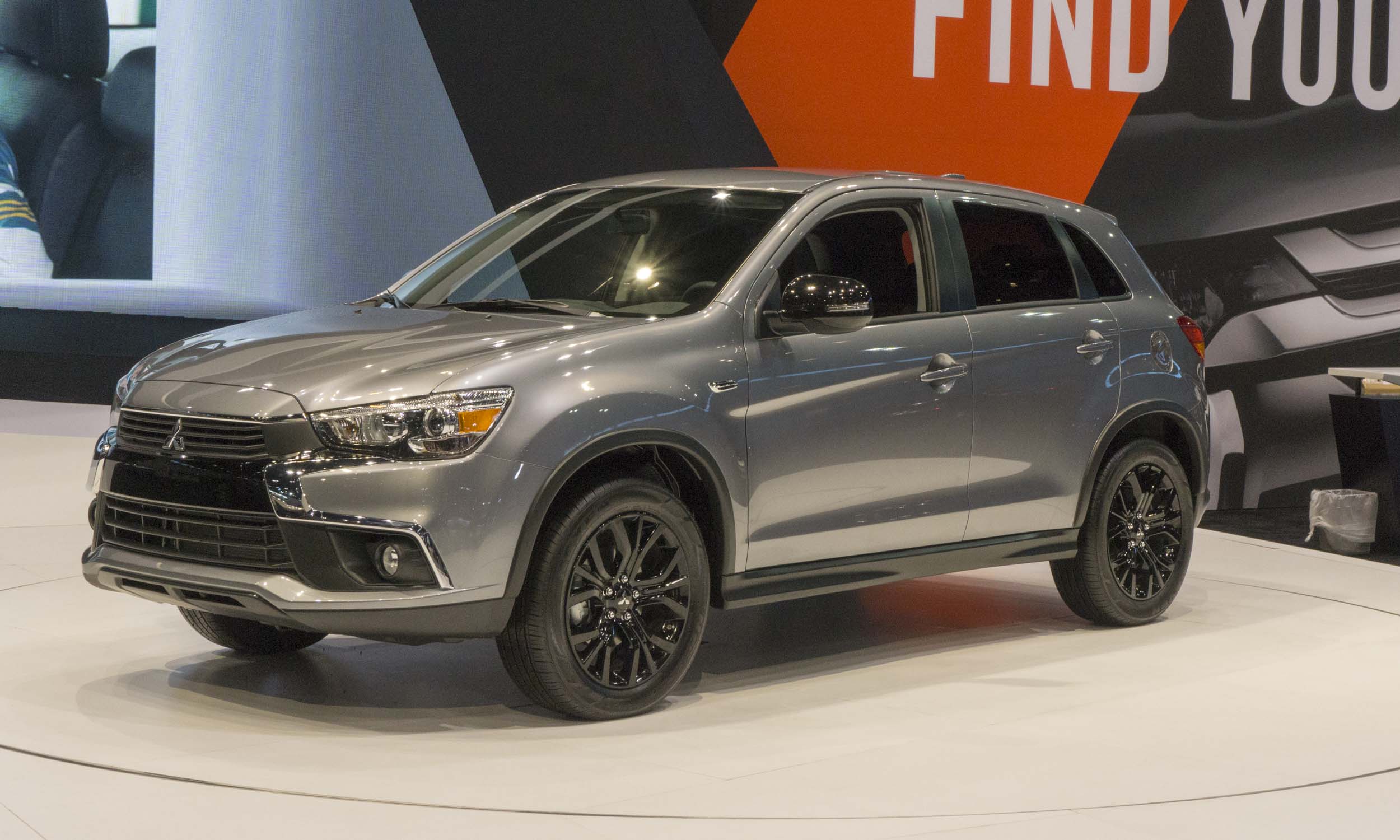 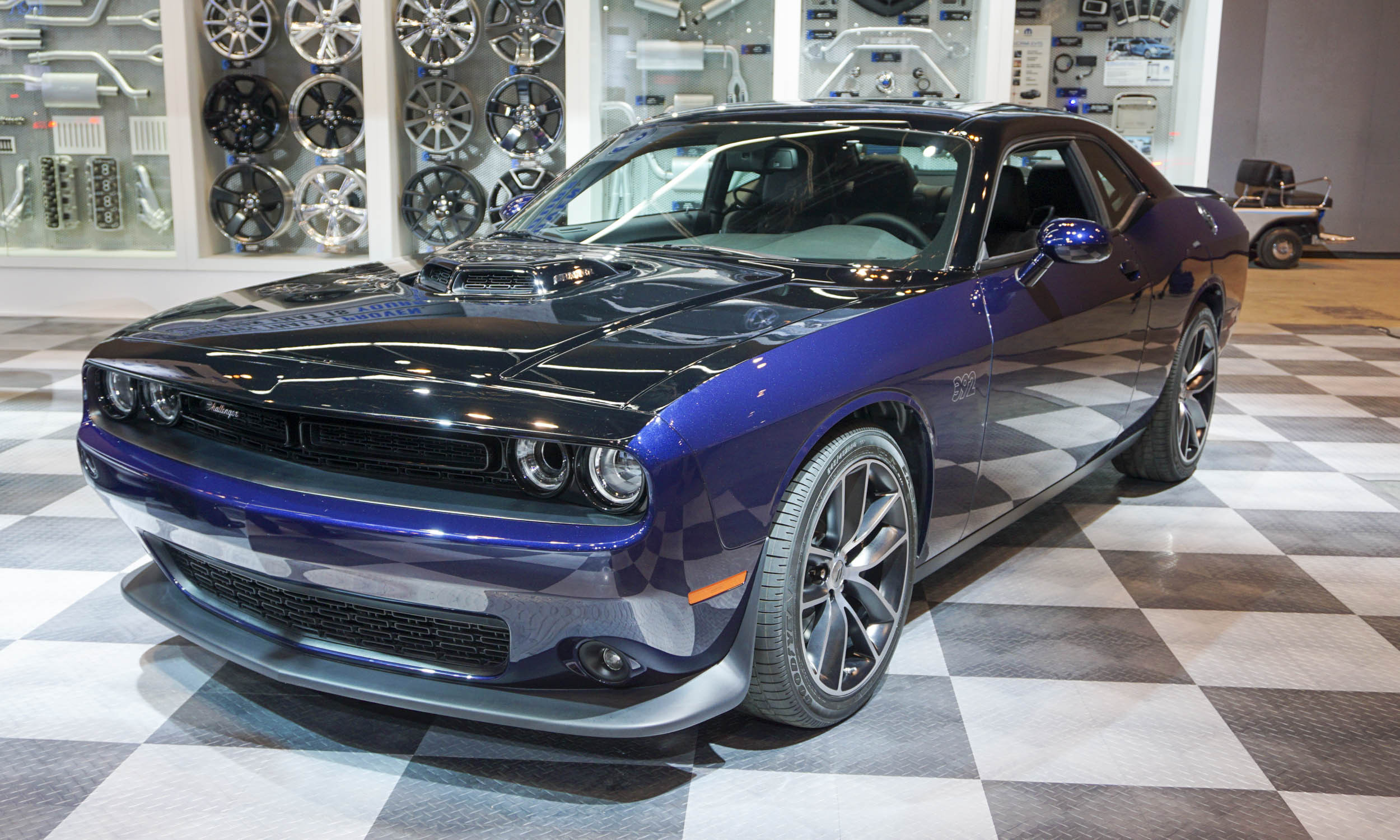 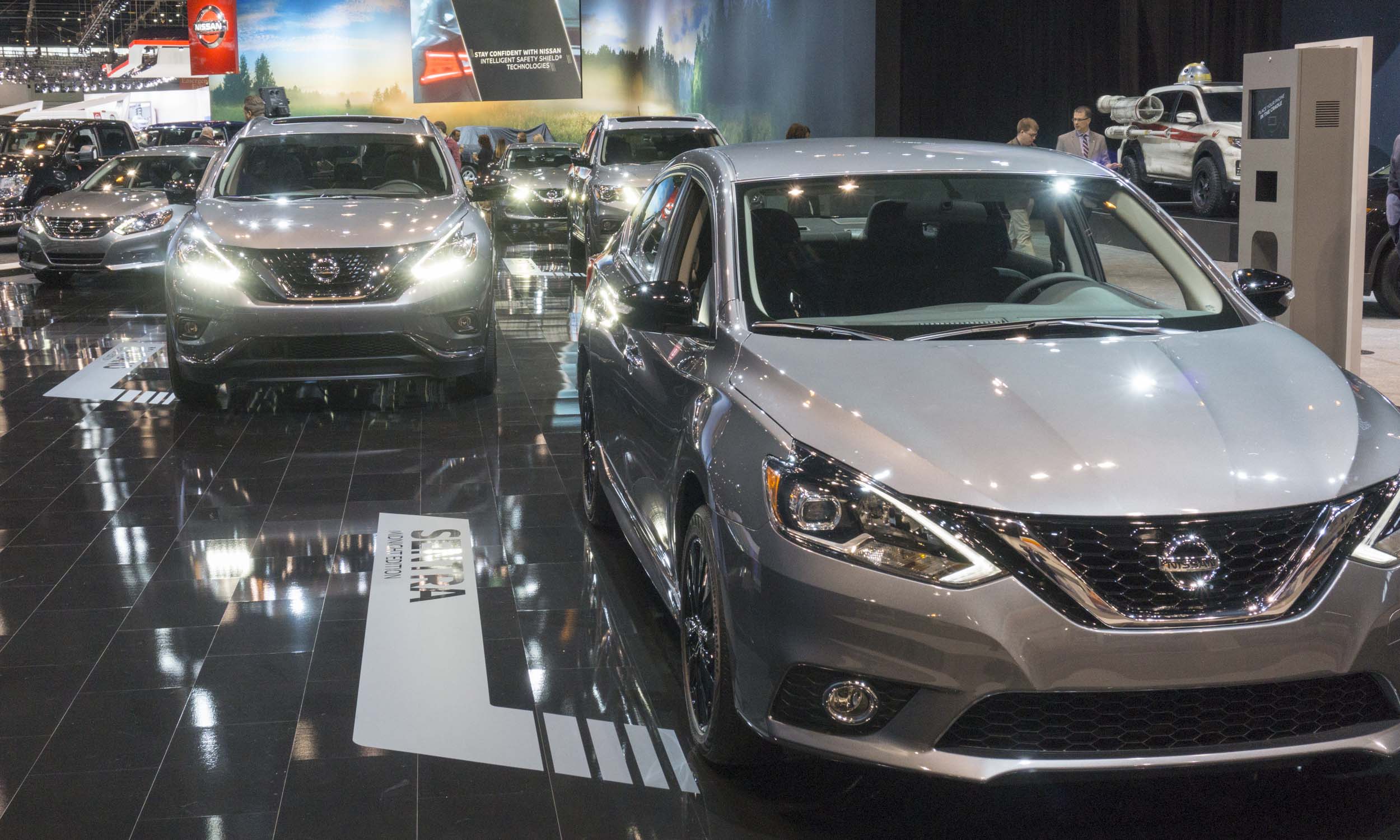 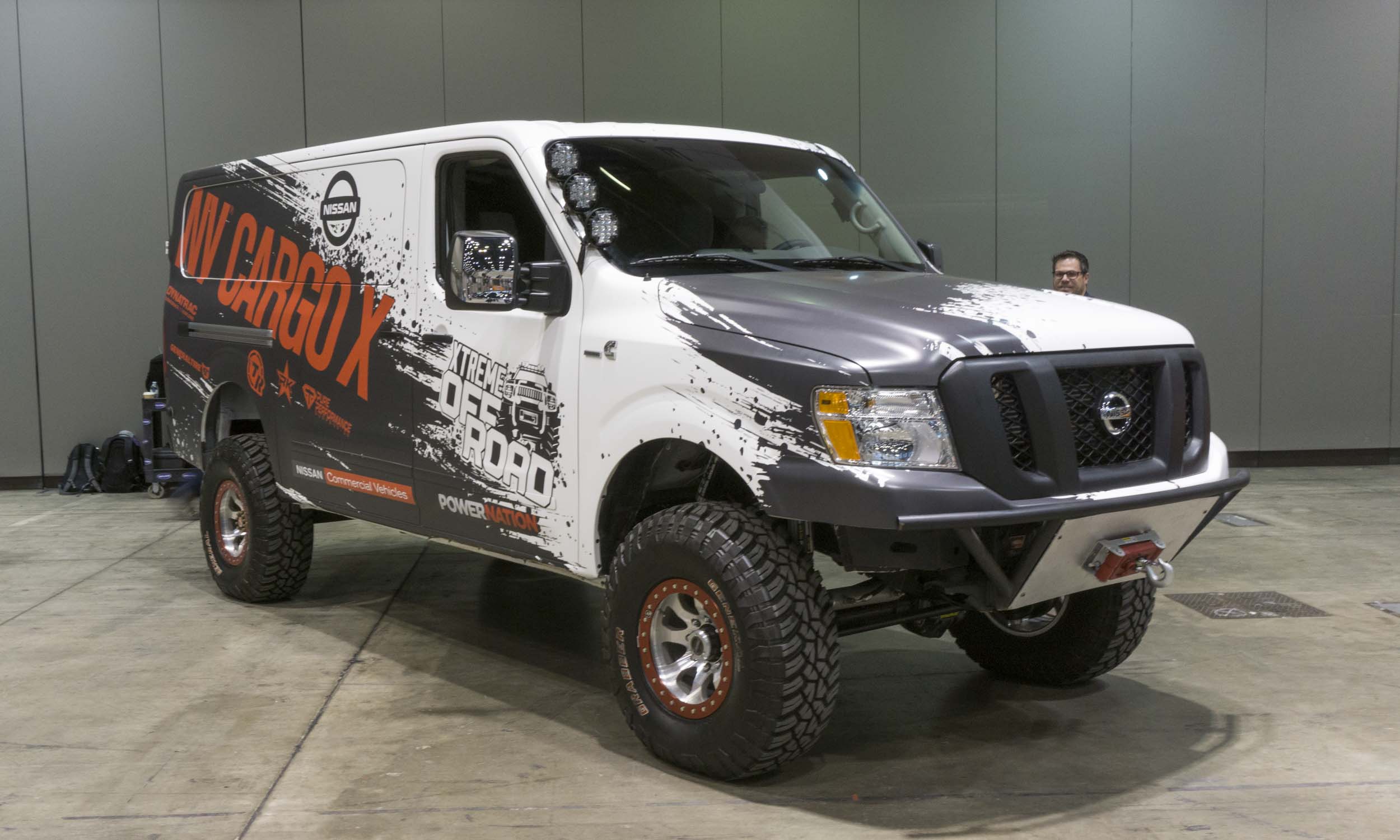 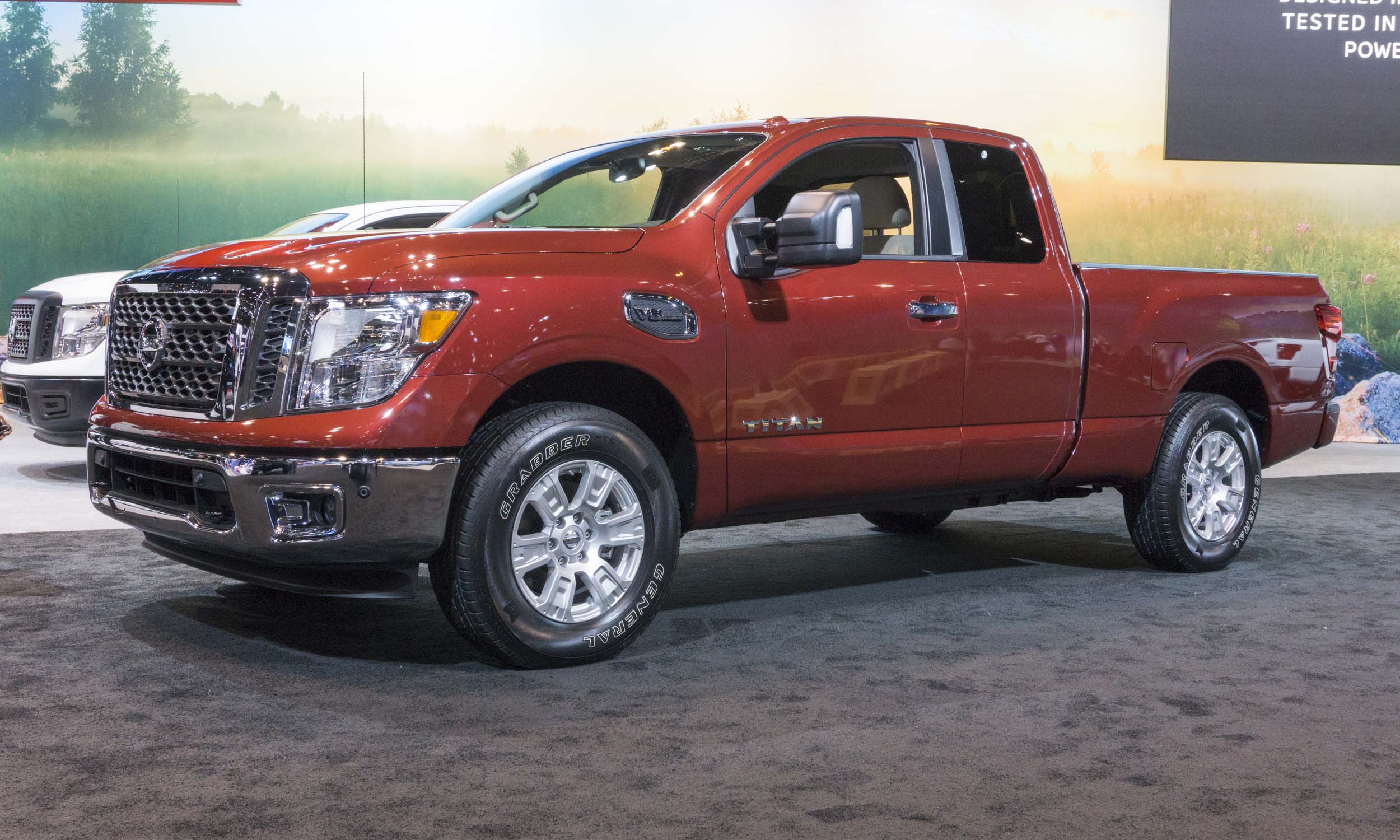 Nissan TITAN King Cab
Nissan adds the new King Cab to the TITAN lineup, available for both the half-ton TITAN and the heavy-duty TITAN XD. The TITAN King Cab features a rear-hinged, wide-opening rear door for access to the second row, along with 6-passenger seating and a 6.5-foot bed. TITAN King Cab offers a rear-seat-delete option that eliminates the rear seat, rear heater duct and rear roof-mounted assist handles. The standard engine is Nissan’s 390-horsepower 5.6-liter Endurance V8 engine combined with a 7-speed automatic transmission in either 4-wheel drive or 2-wheel drive. The King Cab has an available maximum towing capacity of 9,420 pounds and maximum payload capacity of 1,640 when equipped for maximum payload. The TITAN XD King Cab is available with either the 390-horsepower 5.6-liter Endurance V8 or a Cummins 5.0-liter V8 Turbo Diesel that produces 310 horsepower and 555 lb-ft or torque. Maximum towing capacity for TITAN XD King Cab with the Cummins engine is 12,510 pounds, and maximum payload with the 5.6-liter V8 gasoline engine is 2,710 pounds when properly equipped. 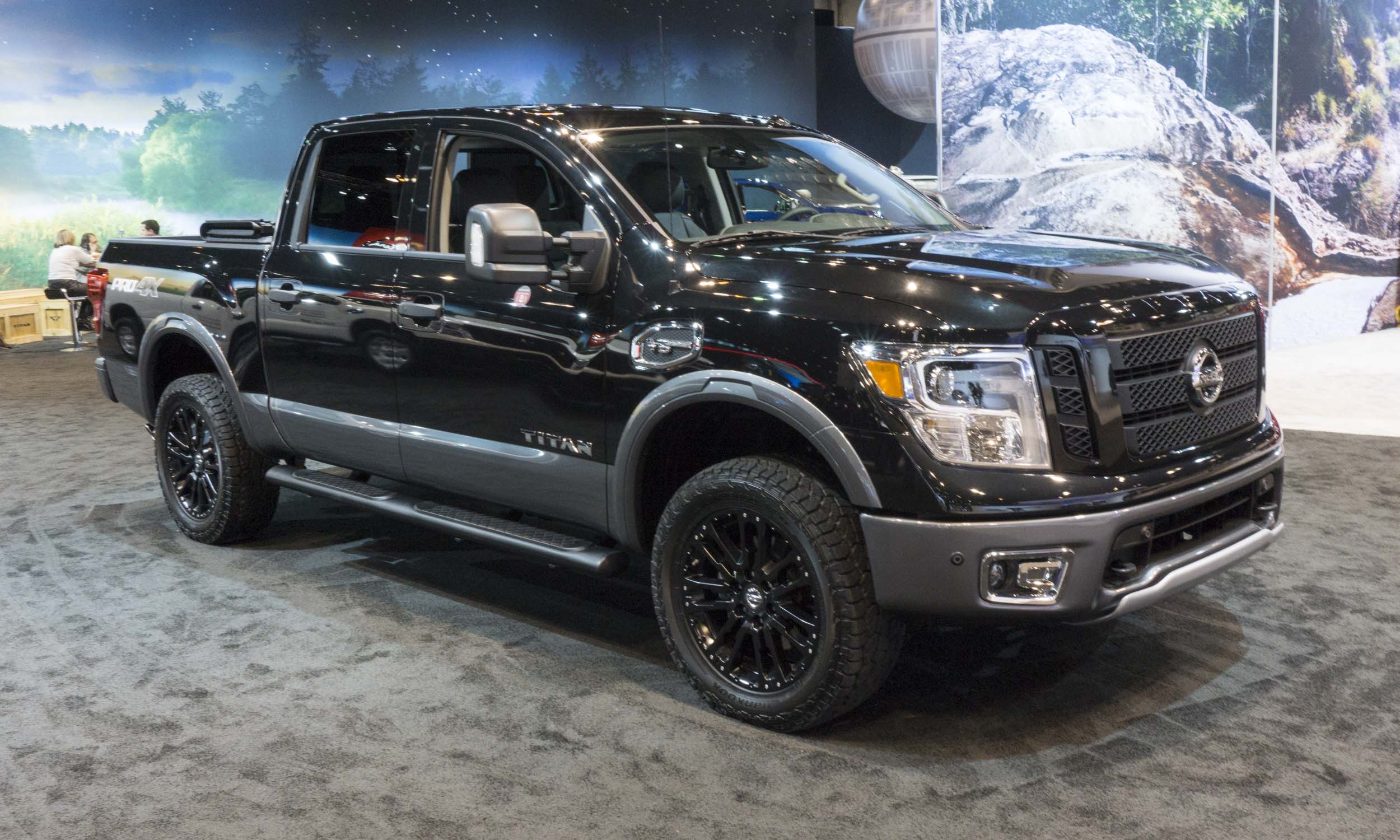 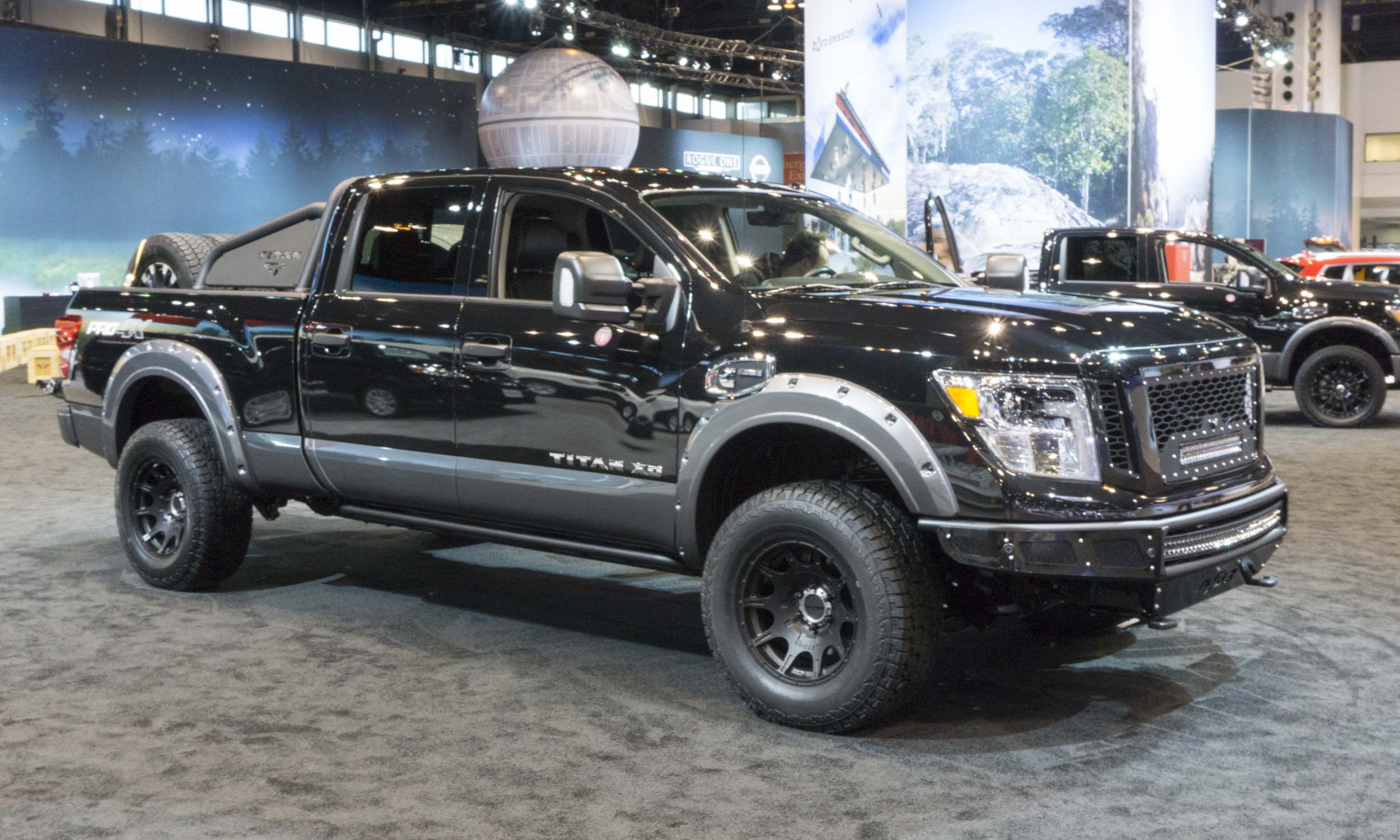 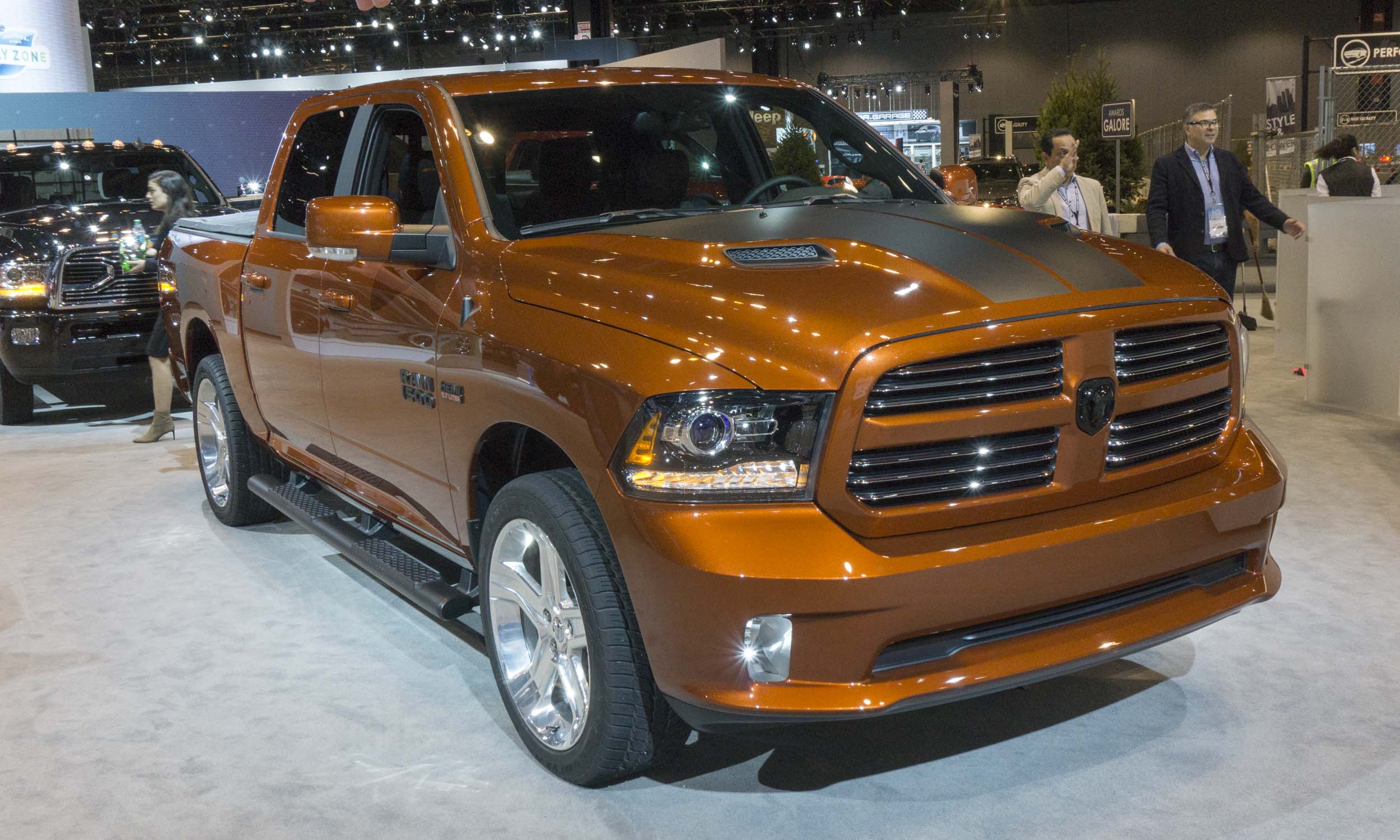 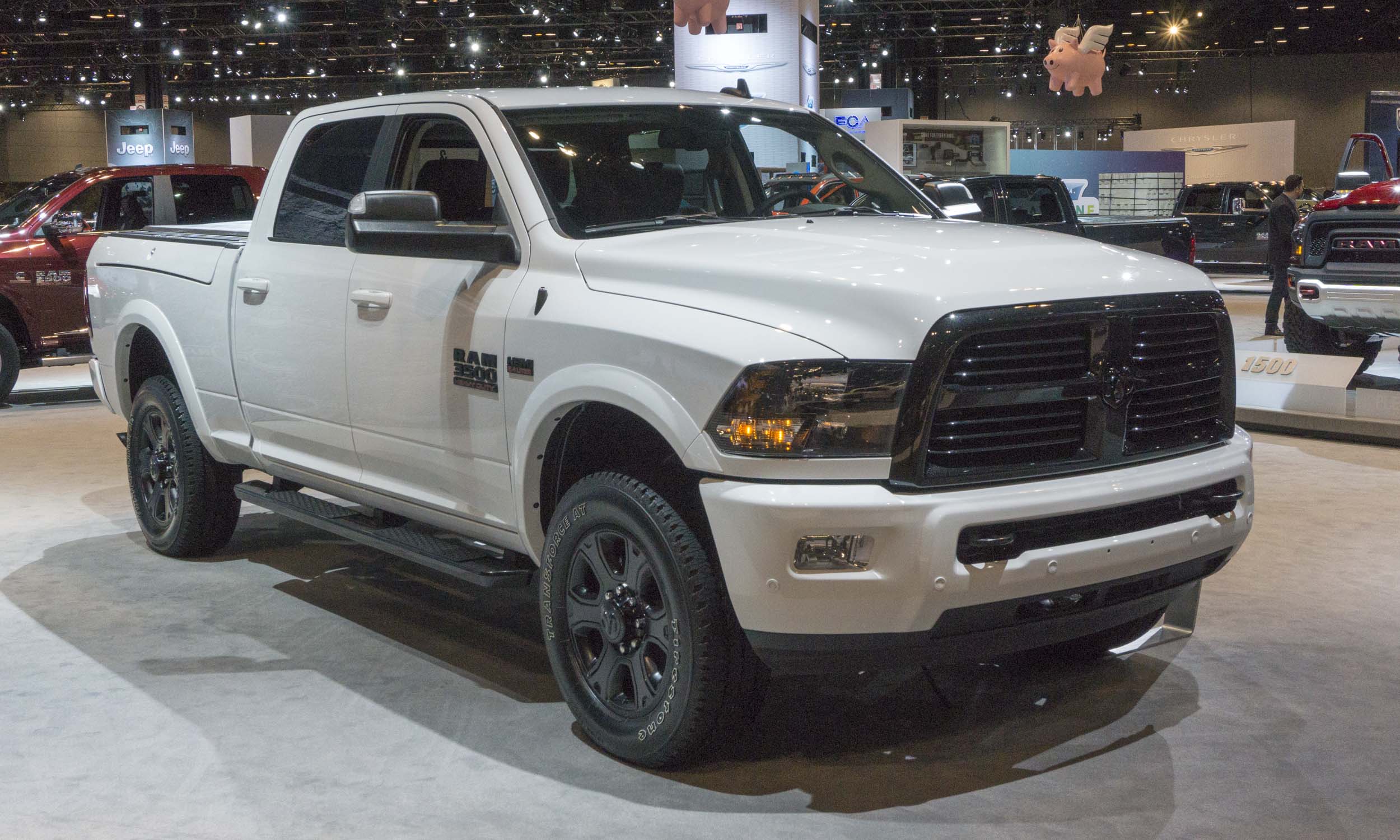 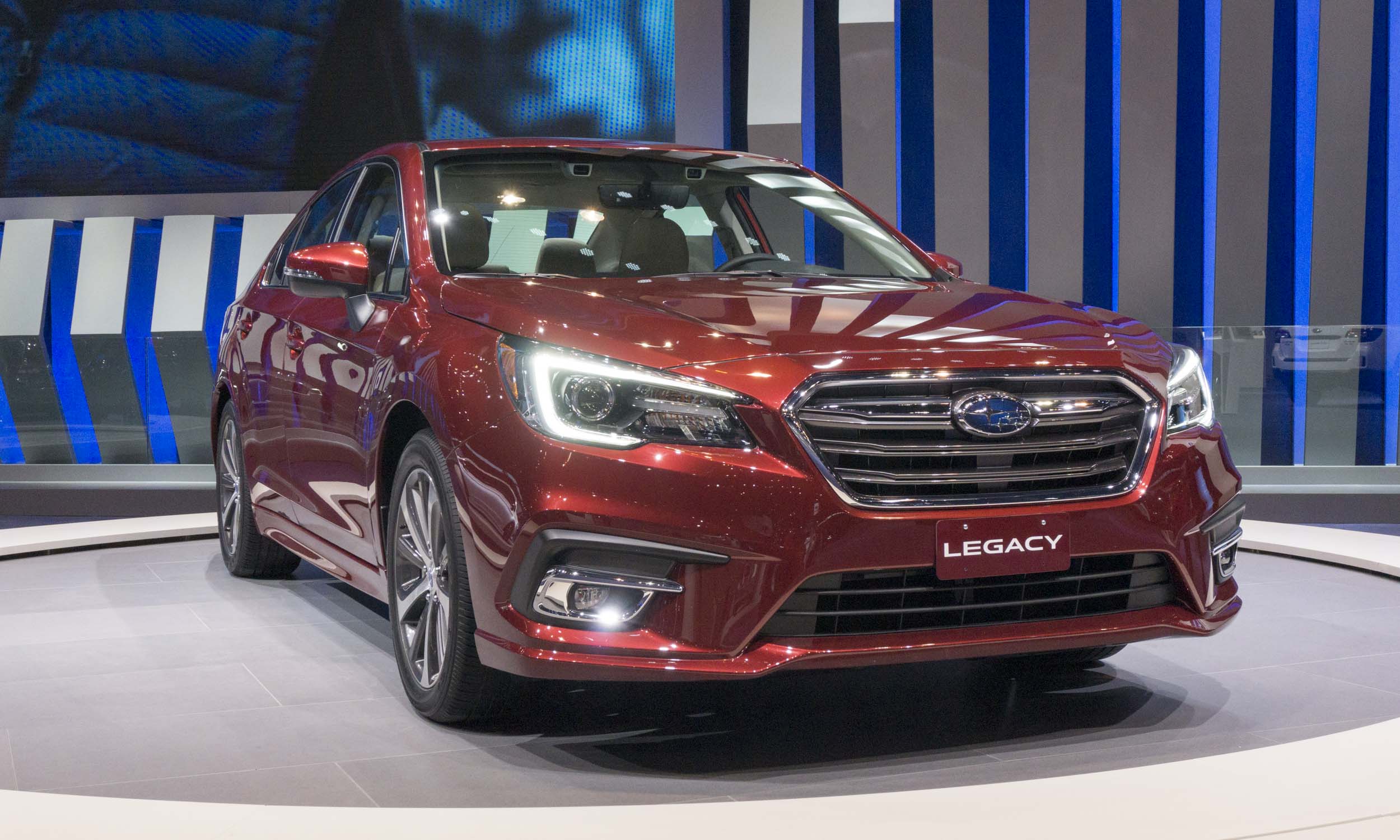 2018 Subaru Legacy
A few years ago, Subaru unveiled the next-generation Legacy at the Chicago Auto Show, and this year the Windy City seems like the appropriate venue to reveal an updated version of the all-weather sedan. The 2018 Subaru Legacy features revised styling with a number of updates to comfort, safety and infotainment systems. Exterior refinements include wider, lower grille openings as well as a new bumper that better integrates with the trademark hexagonal grille, which is also larger than the previous model. In the rear, the tailpipes are better integrated into the fascia. The 2018 Legacy gets the latest STARLINK infotainment system featuring Bluetooth wireless capability, iPod control and long-awaited smartphone integration with Apple CarPlay and Android Auto. The 2018 Subaru Legacy is built at Subaru of Indiana Automotive and will begin arriving in showrooms during summer 2017. 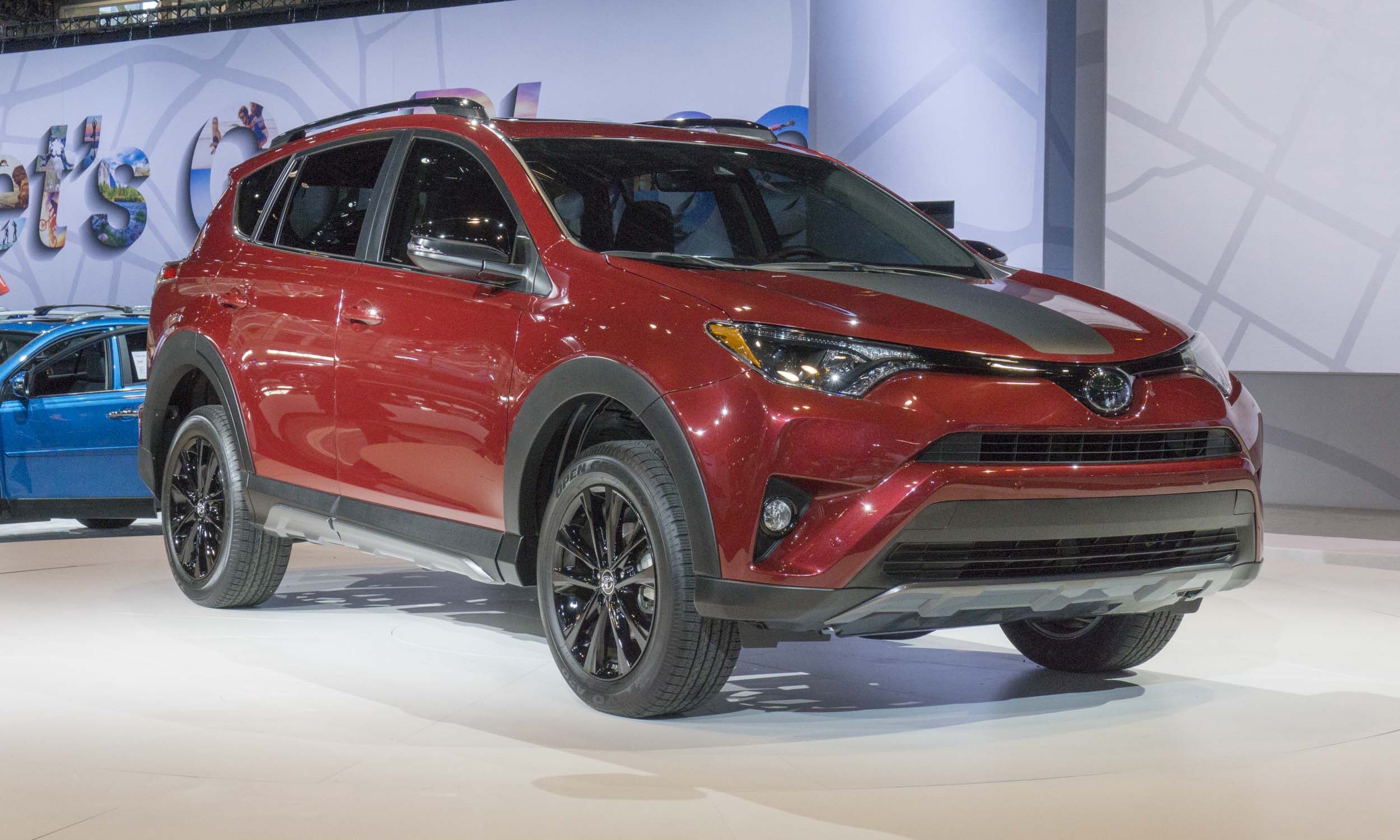 2018 Toyota RAV4 Adventure
It seems like every car company is trying to win buyers who enjoy an active outdoor lifestyle — the RAV4 Adventure should do just that. This special RAV4 stands out from the standard model with large fender flares, lower body guards, black headlight bezels, a black roof rack and 18-inch black alloy wheels. Inside are unique interior trim panels, a power outlet in cargo area, all-weather floor mats and Adventure-logoed door sills. The Adventure package is available on front- or all-wheel-drive RAV4s — both feature a standard tow prep package with an upgraded radiator and supplemental engine oil and transmission fluid coolers, as well as a suspension system with a higher ride height. The RAV4 Adventure will arrive in showrooms this fall. 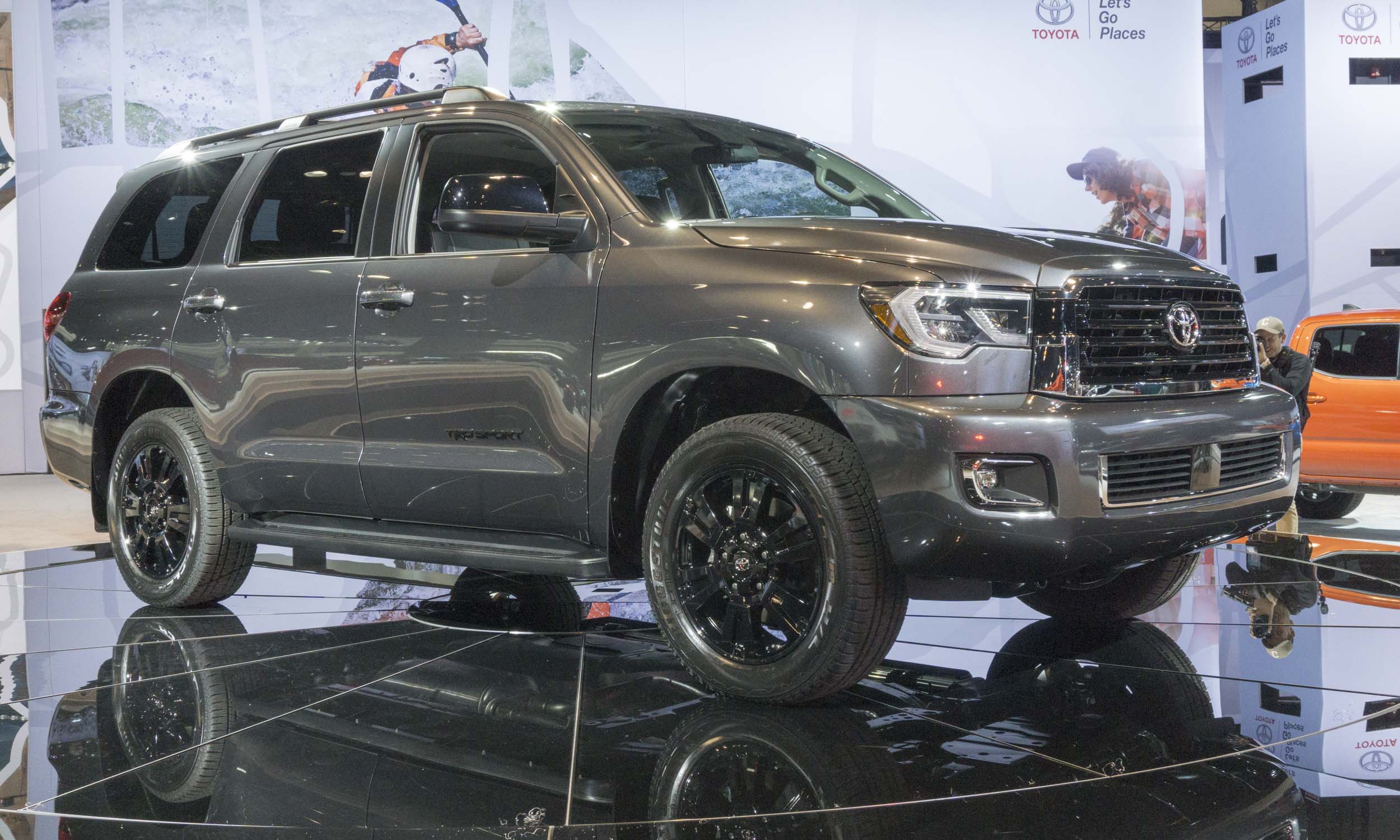 2018 Toyota Sequoia TRD Sport
The full-size Sequoia SUV already looks like it could tackle anything that gets in its way, but in Chicago Toyota debuted the formidable Sequoia TRD Sport. To handle tougher terrain, this new Sequoia gets TRD sport-tuned Bilstein shocks and TRD front and rear anti-sway bars. The Sequoia TRD Sport will be easily identified by its new front grille, metallic black mirror caps, darkened rear taillights, black satin finish badging and 20-inch black alloy sport wheels. The TRD Sport package can be added to 2WD or 4WD Sequoias equipped with the 5.7-liter V8 engine. 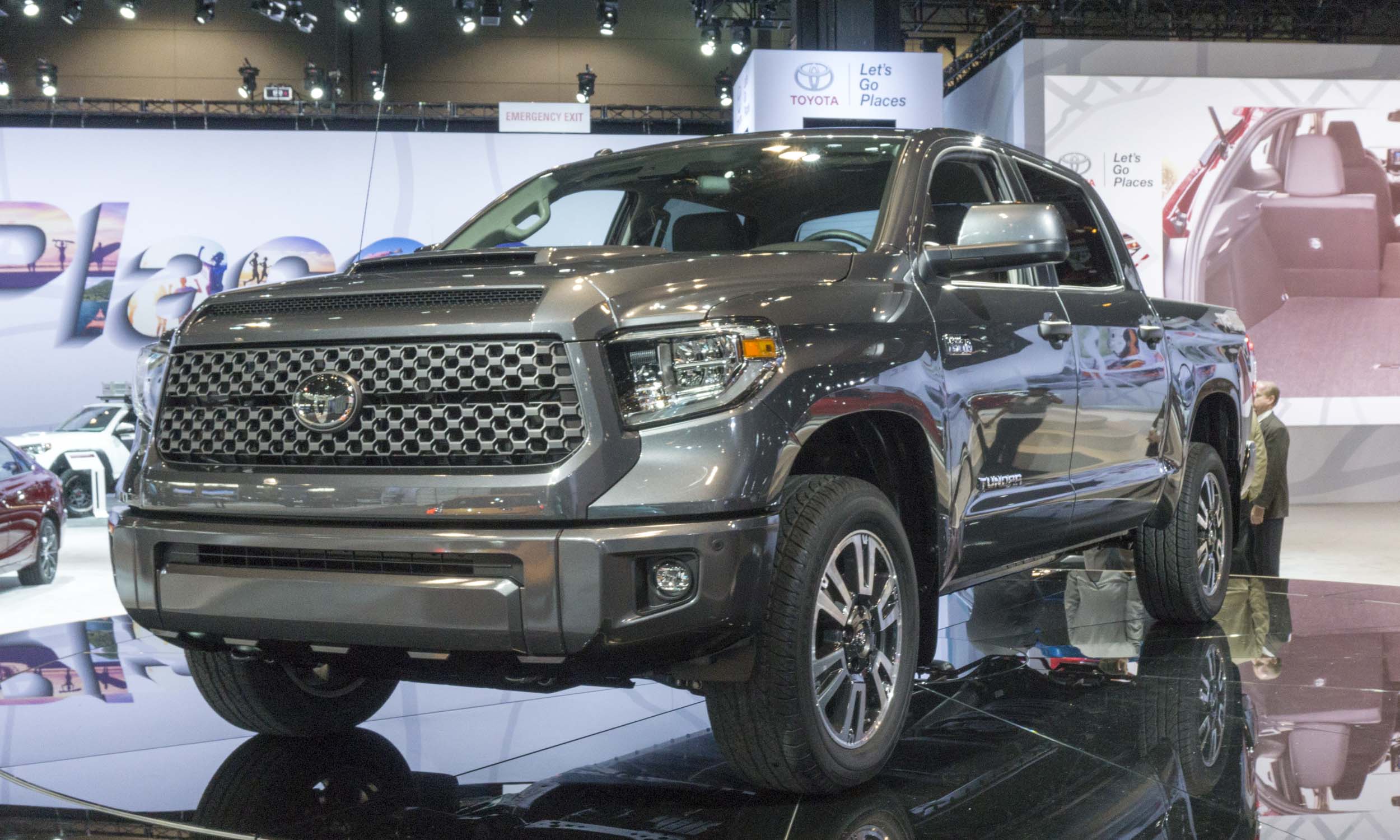 2018 Toyota Tundra TRD Sport
In the Second City Toyota also took the wraps off the TRD Sport version of the brand’s full-size pickup, the Tundra. Like the Sequoia, the Tundra TRD Sport gets TRD sport-tuned Bilstein shocks and TRD front and rear anti-sway bars. This big truck also gets a mesh grille, LED headlights, LED fog lights, a color-keyed hood scoop and 20-inch silver alloy sport wheels. Crew Max and Double Cab trims with 2WD or 4WD can be equipped as a TRD Sport. As part of the overall refresh of the 2018 Tundra, the new model will have the Toyota Safety Sense suite of high-tech safety features as standard equipment.