More SUVs Please
New-car buyers continue to choose SUVs and crossovers in record numbers; the percentage of SUV sales increased again in 2015 and shows no sign of slowing anytime soon. At the 2016 New York International Auto Show, automakers reflected and reinforced this trend with a wide variety of SUV and crossover debuts. Given America’s continued fascination with the segment, let’s look at all the New York SUV premieres from compact to full-size, including hybrids, high-performance and extremely luxurious models. There was also an important new entry in the full-size truck category, so we’ll take a look at that as well. 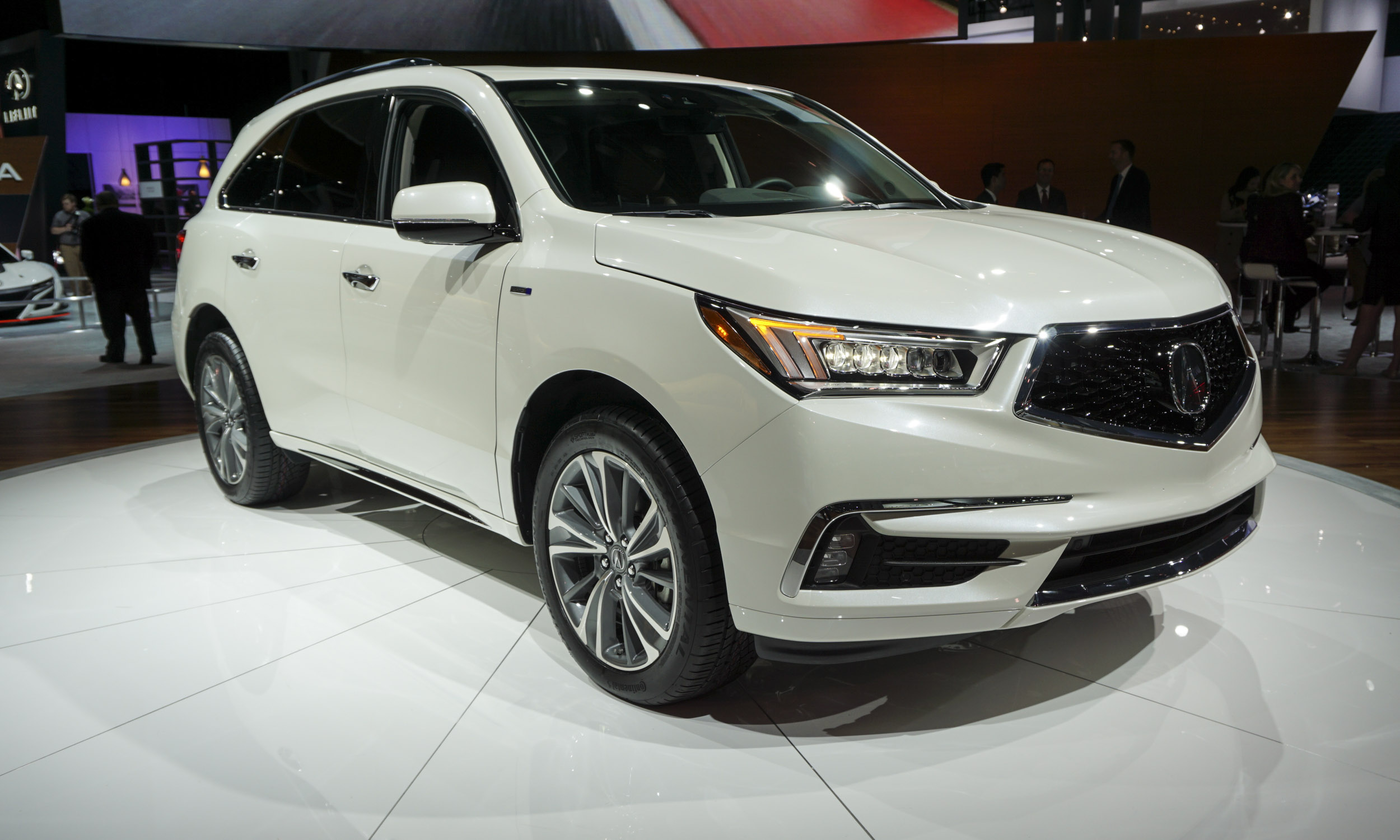 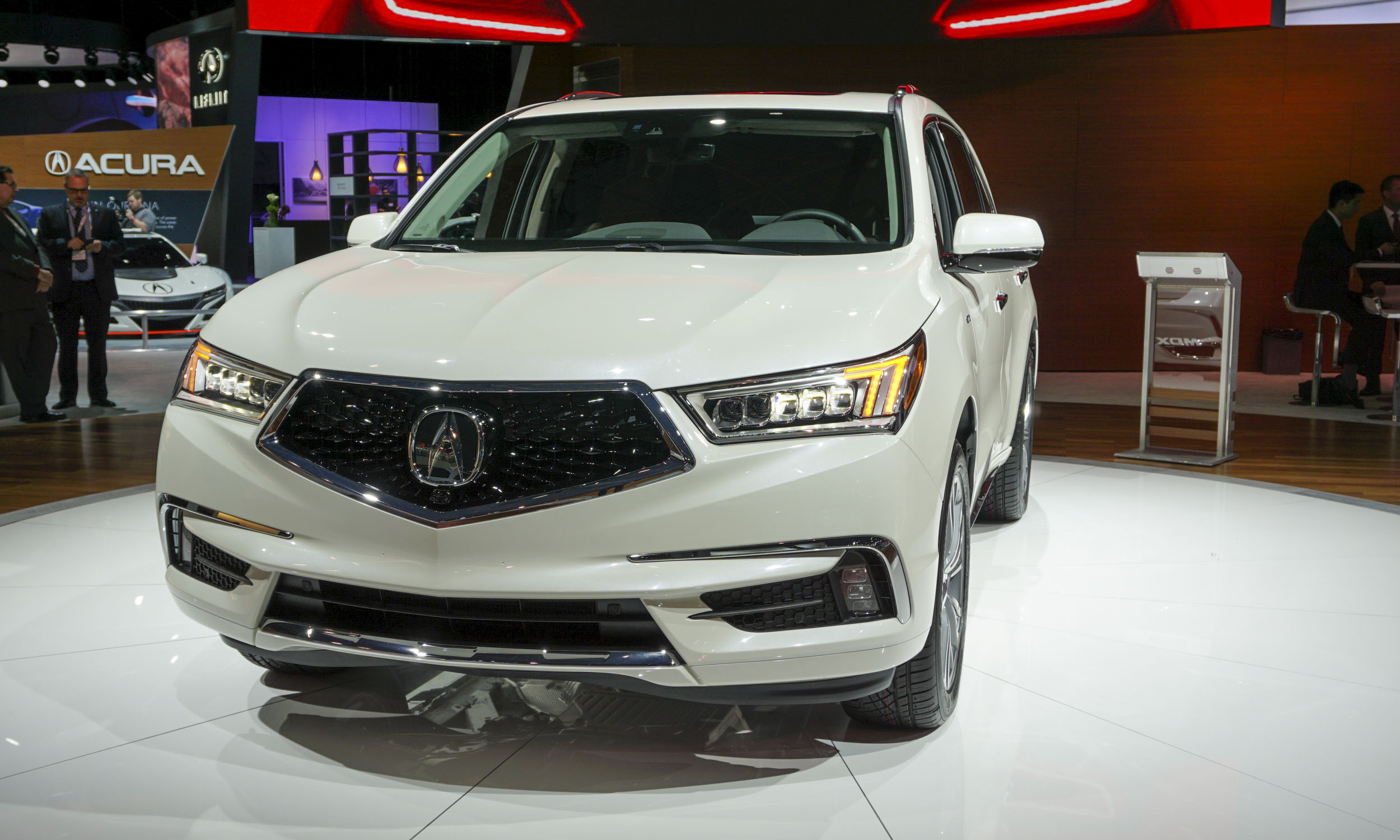 Acura MDX
The 2017 MDX will be available with a Sport Hybrid SH-AWD that combines a 3.0-liter V6 engine with a 7-speed dual-clutch transmission and an integrated electric motor that powers the front wheels, and a Twin Motor Unit with two electric motors delivering power to the rear wheels. The Sport Hybrid system adds 35 horsepower and is expected to improve city fuel economy by up to 7 mpg. The 2017 MDX is scheduled to go on sale in summer 2016, followed by the Sport Hybrid later in the year, which will be the third Sport Hybrid model in the Acura lineup when it joins the NSX sports car and the RLX sedan. 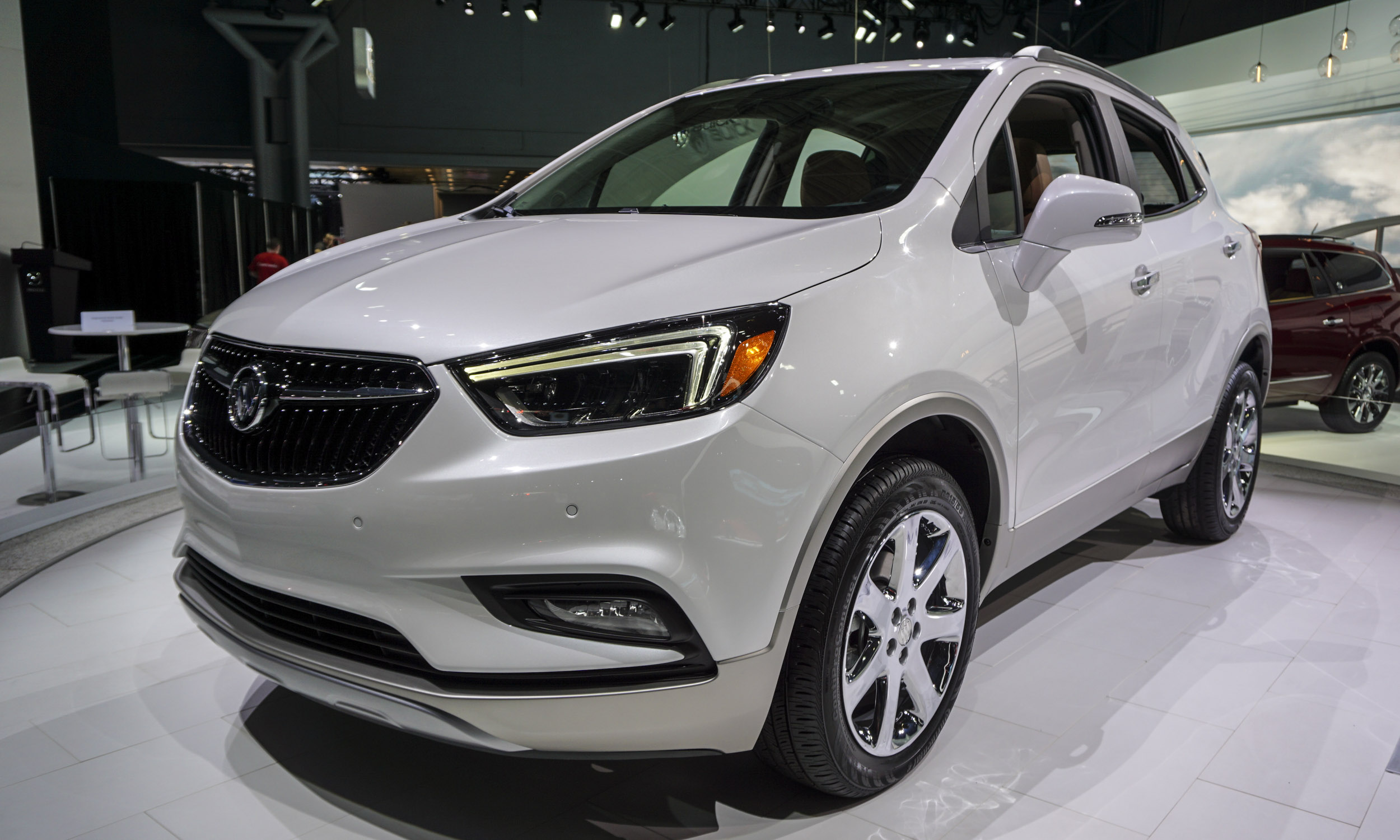 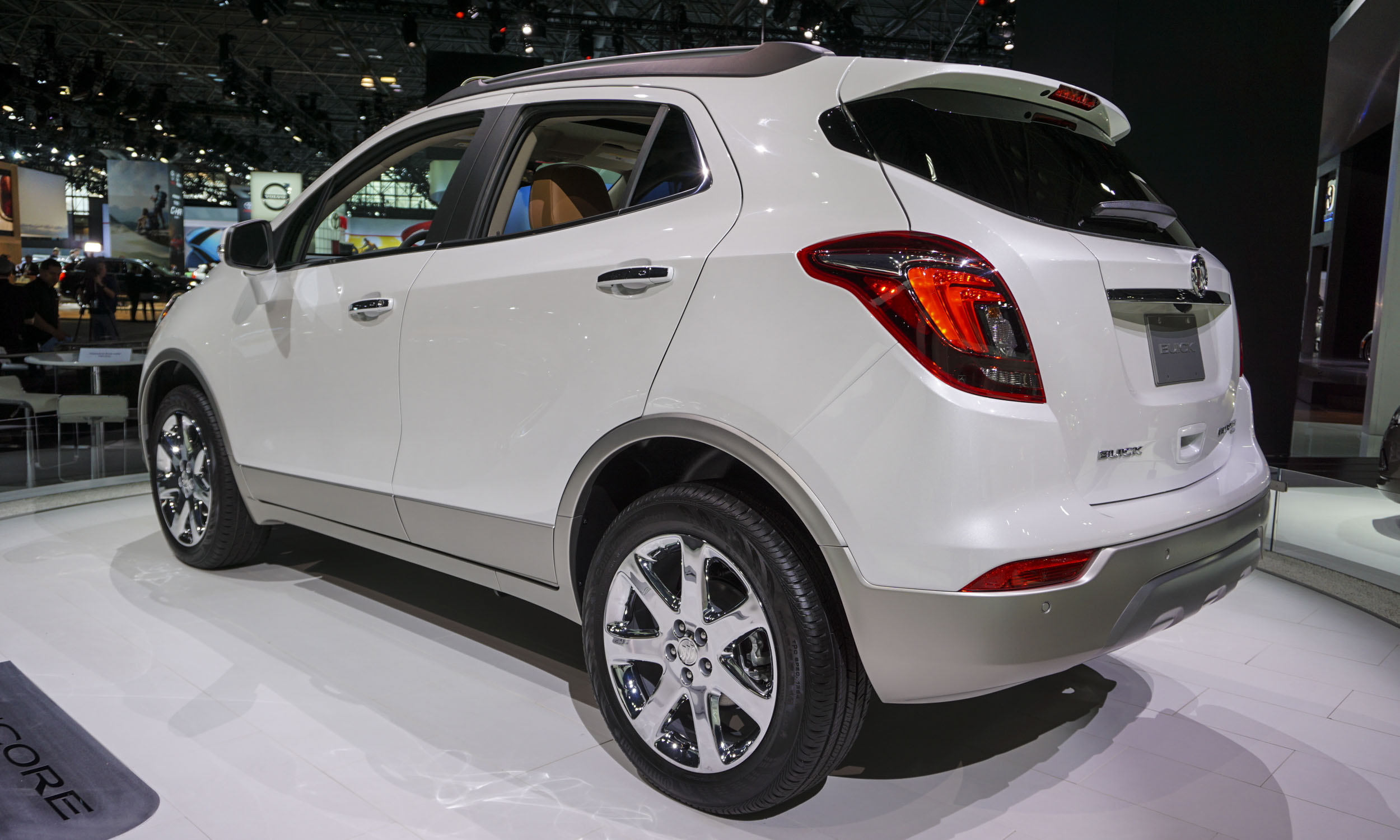 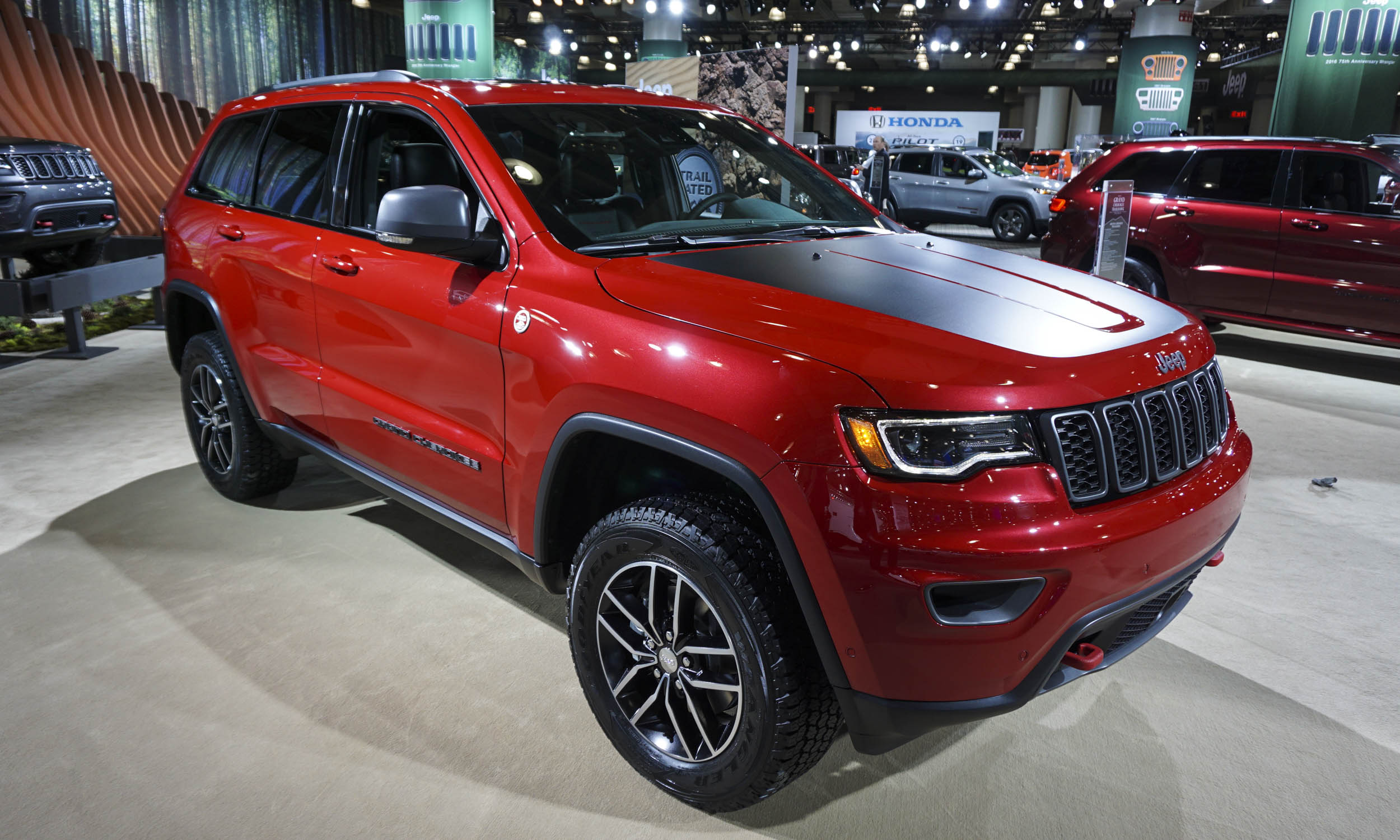 Jeep Grand Cherokee
Jeep is adding two new versions to the Grand Cherokee lineup for the 2017 model year: the highly-capable Trailhawk and the luxury Summit. The first Trailhawk model was the 2014 Cherokee Trailhawk, followed by the 2015 Renegade Trailhawk. This Grand Cherokee Trailhawk will be the most off-road-capable factory-produced Grand Cherokee ever, equipped for the wilds with Jeep’s Quadra-Drive II 4×4 system with rear Electronic Limited Slip Differential; a unique version of Grand Cherokee’s Quadra-Lift air suspension for improved articulation and suspension travel; and Selec-Speed Control with Hill Ascent Control. The Trailhawk features a front fascia and grille that debuted on the 2016 Grand Cherokee 75th Anniversary edition, red tow hooks, 18-inch Goodyear off-road tires, Trailhawk red accents and an anti-glare hood. 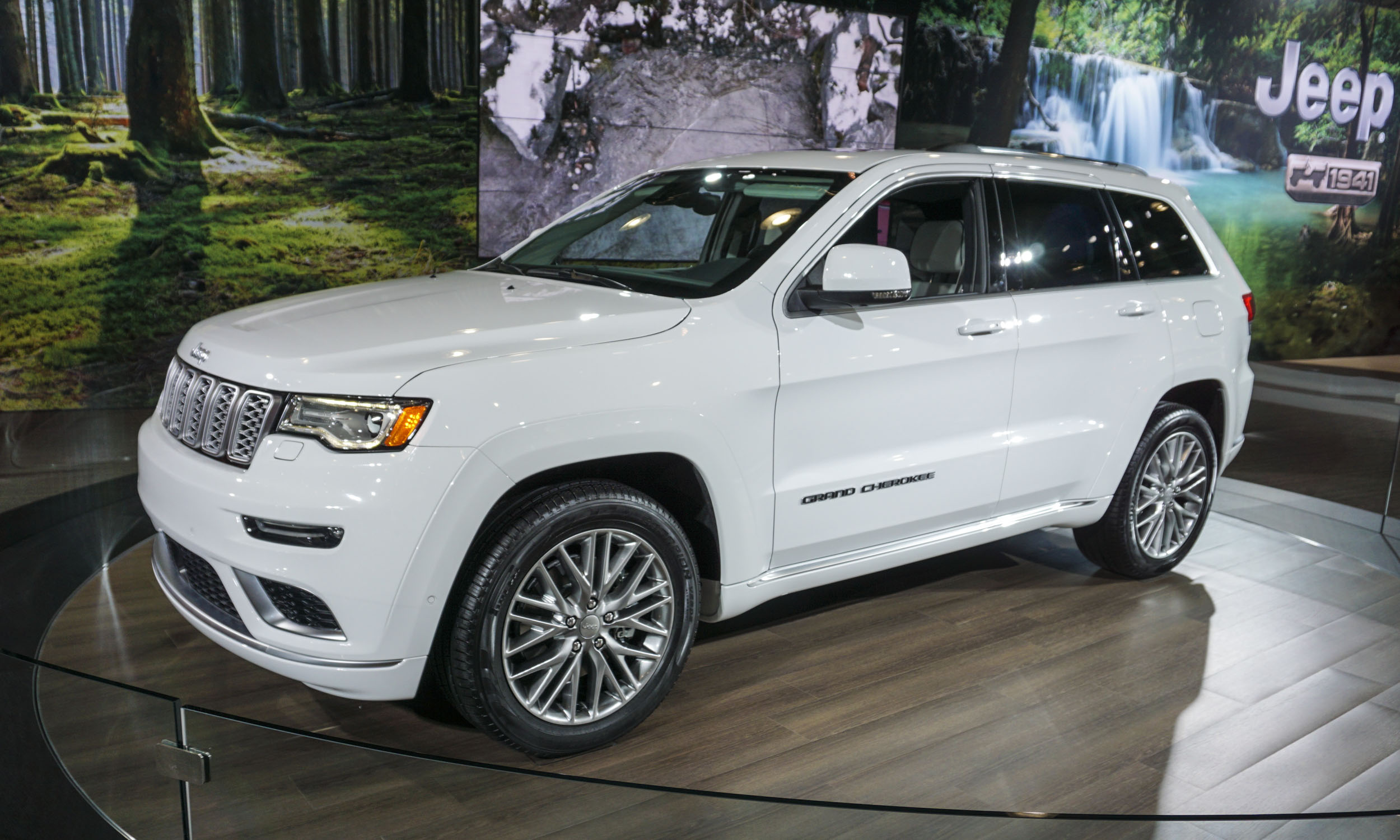 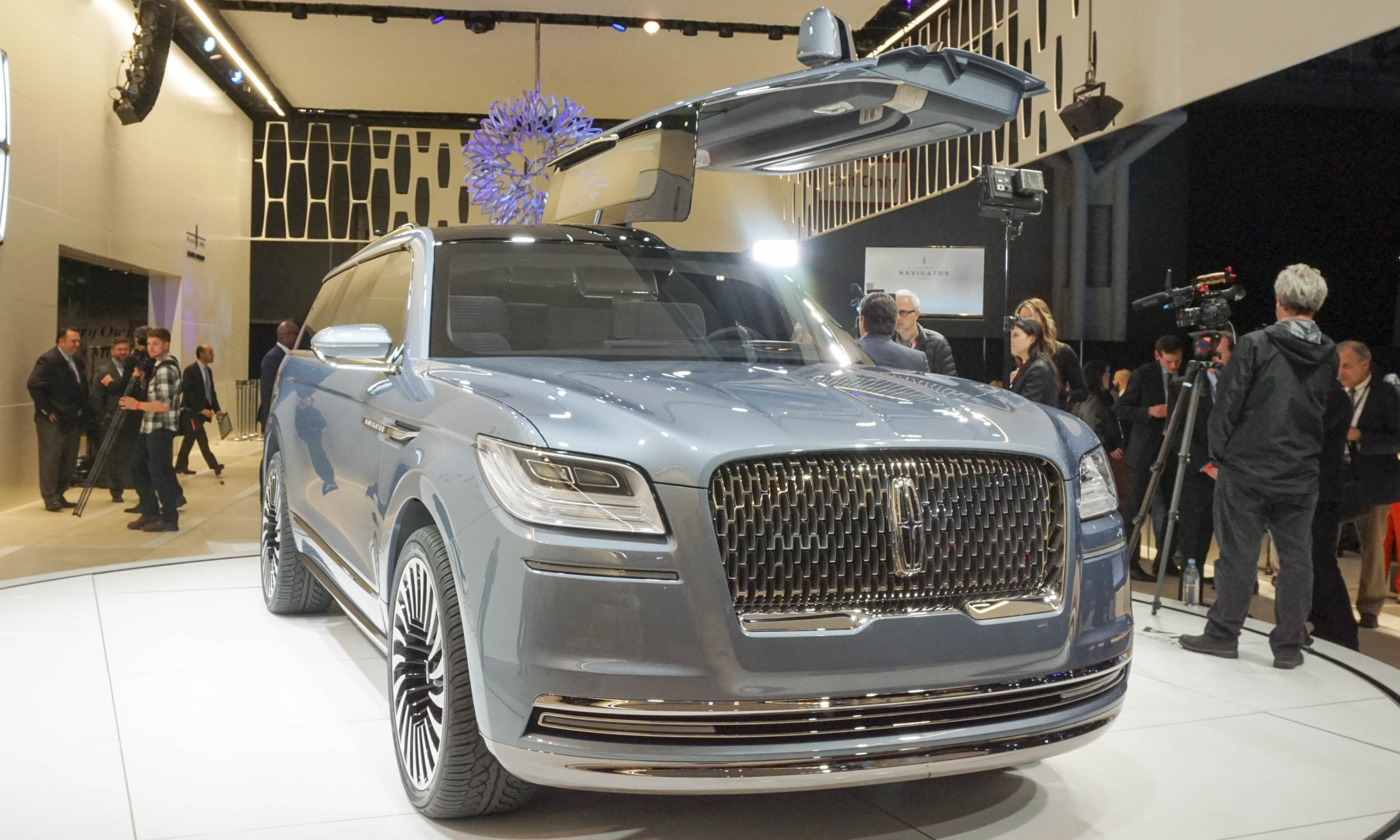 Lincoln Navigator Concept
Lincoln debuted a stunning new Navigator Concept at the New York Auto Show, offering a look at what to expect next in a full-size SUV from Ford’s luxury brand. Inspired by luxury sailboats and yachts, a nautical theme carries throughout the design to include the body lines, Storm Blue paint and teak wood trim. At the front is a larger, taller version of the grille design from the new Lincoln Continental sedan. Power gullwing doors provide easy access to a spacious interior. The doors are wide enough to access both rows and feature a series of three deploying teak stairs that drop when the doors are raised. Don’t expect gullwing doors in the production model, but the overall look of the Navigator Concept is pretty close to the next Navigator. 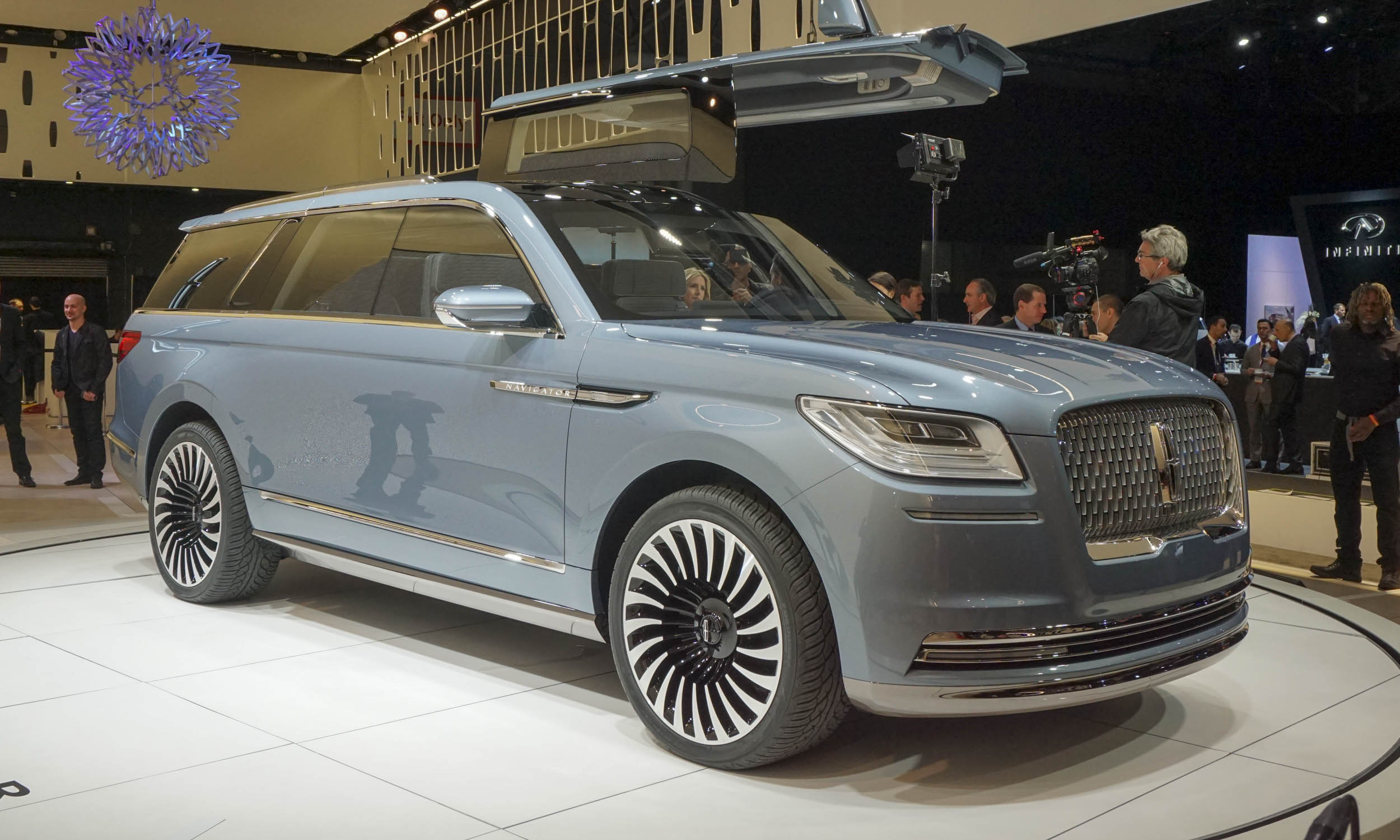 Lincoln Navigator Concept
Inside, the Navigator Concept boasts the most spacious Lincoln interior ever with six Lincoln-patented Perfect Position Seats that adjust 30 different ways, finished in light blue leather. Monitors behind the head restraints provide second- and third-row passengers with Wi-Fi connectivity to share music and content from personal devices. For the driver a large panel displays key information and can be customized from a touchscreen in the center stack. The cargo area has a wardrobe management system replete with everything you might need for a day on the water. Power comes from a 3.5-liter twin-turbo V6 engine that produces more than 400 horsepower, along with new technology to adjust for variable surfaces and weather conditions. Different drive modes allow the driver to adjust steering, suspension and noise levels. 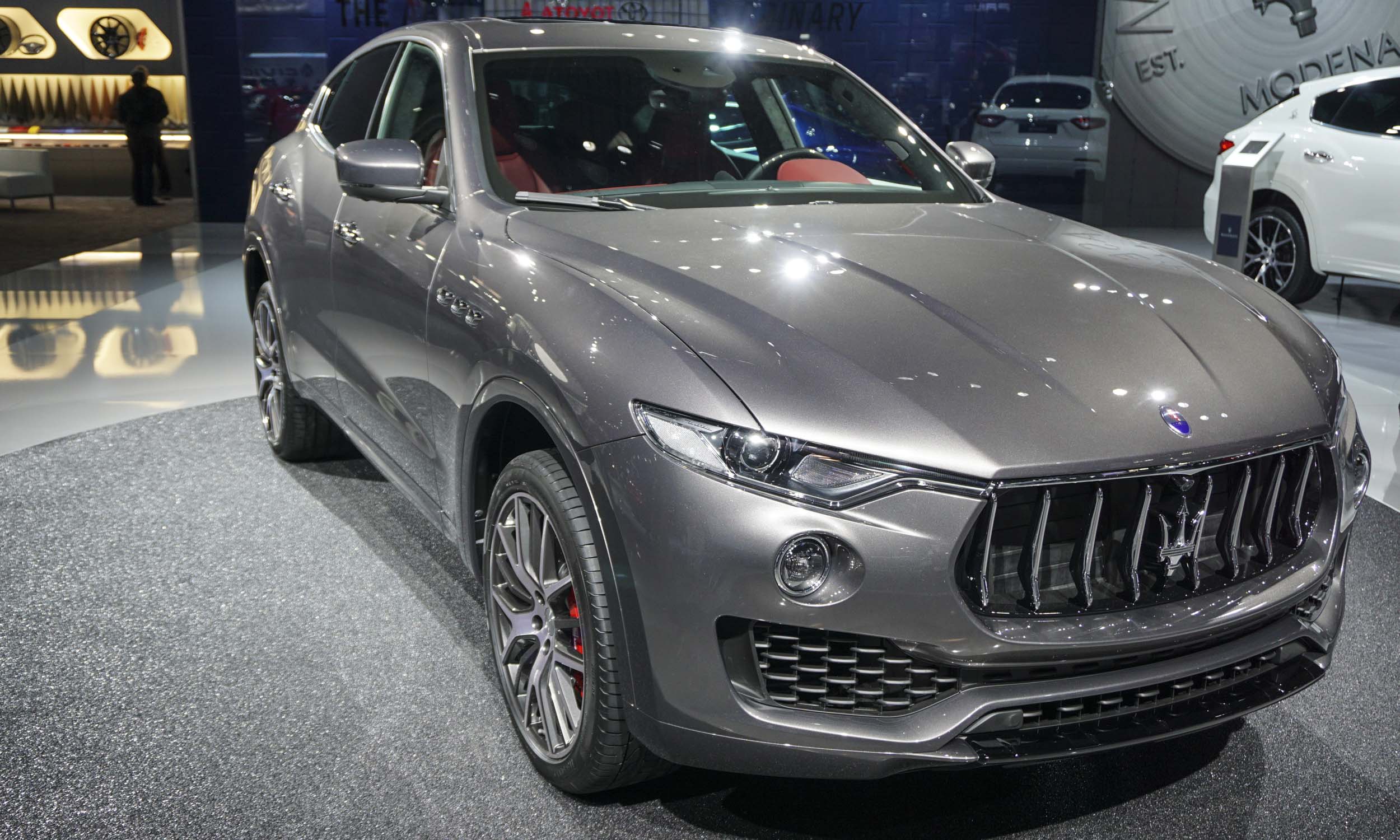 Maserati Levante
The first SUV in the 100-year history of Maserati, the Levante made its U.S. debut this week in New York after its world debut last month at the Geneva Motor Show. The names of many past Maserati models were inspired by the wind, and Levante gets its name from a warm wind that can change quickly from a light breeze to strong gusts that cause heavy swells on the Mediterranean. Based on the same architecture as the Quattroporte and Ghibli sedans, Levante shares design elements with other Maserati models including the grille with its prominent trident logo, portholes in the front fenders and the shape of the taillights. The sloped roofline creates a more coupe-like profile. 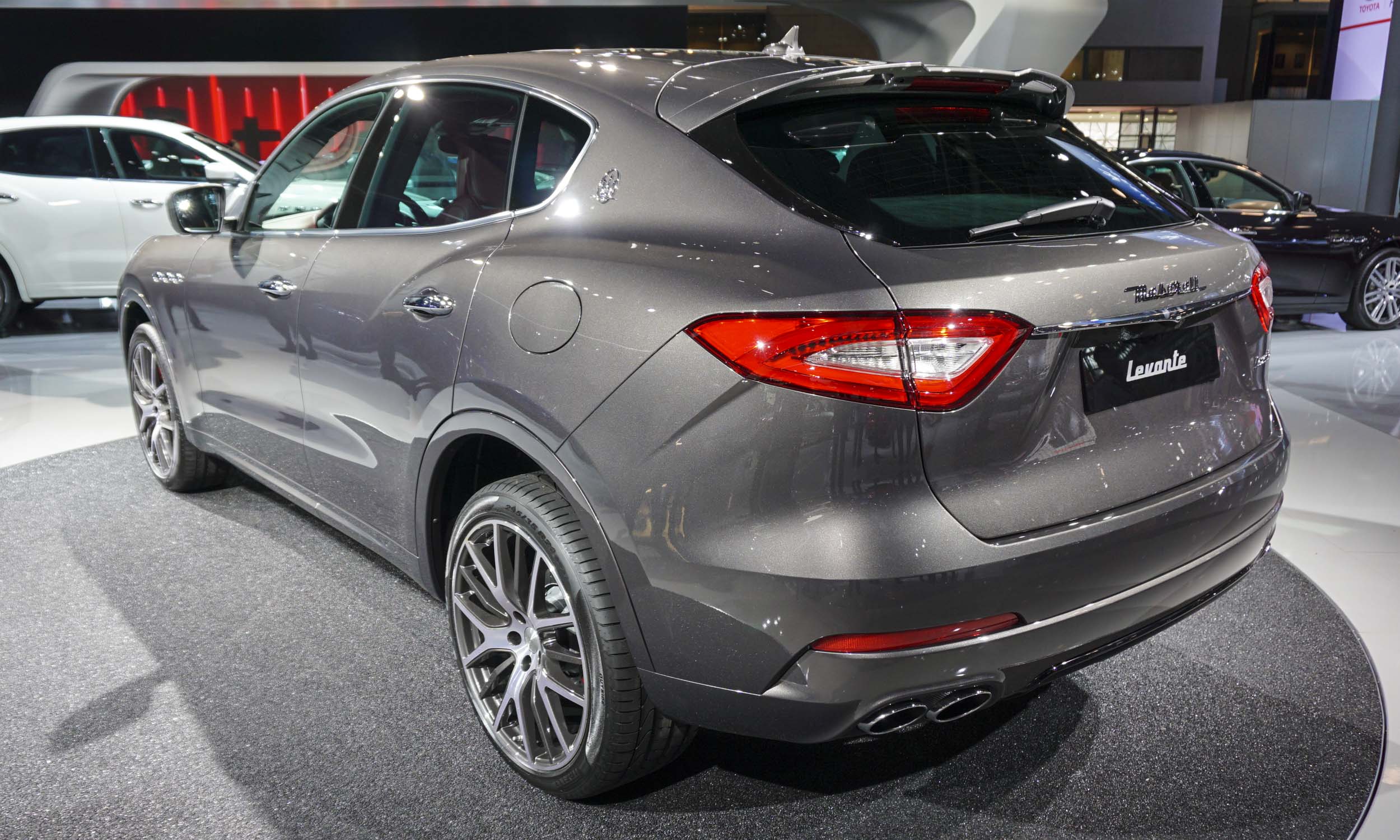 Maserati Levante
Maserati’s newest model gets power from a Ferrari-built twin-turbocharged 3.0-liter V6 engine that develops 424 horsepower for the Levante S and 345 horsepower for the Levante. The Q4 intelligent all-wheel-drive system is standard, and both engines have 8-speed automatic transmissions. An electric panoramic sunroof is also standard, and the interior has premium materials with options that include premium leather and Ermenegildo Zegna silk, made in Trivero under a patented process by the Zegna wool mill. 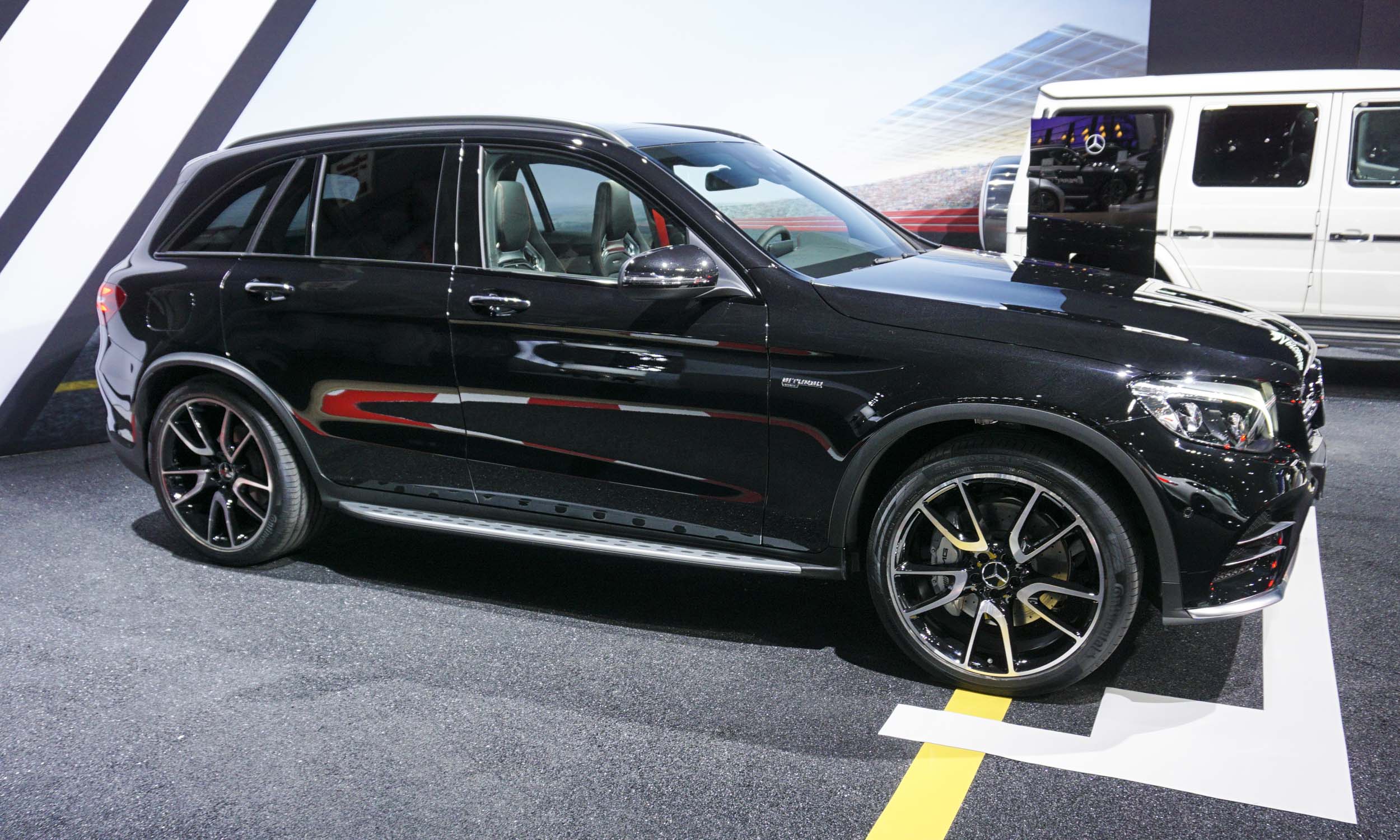 Mercedes-AMG GLC43
For the 2017 model year, Mercedes adds the AMG GLC43 to the lineup, which is scheduled to arrive in U.S. dealerships by the end of 2016. This high-performance version of Mercedes’ compact crossover SUV is powered by a 3.0-liter V6 Biturbo engine that produces 362 horsepower and 384 lb-ft of torque, combined with a 9G-TRONIC 9-speed automatic transmission and AMG Performance 4MATIC permanent all-wheel drive. 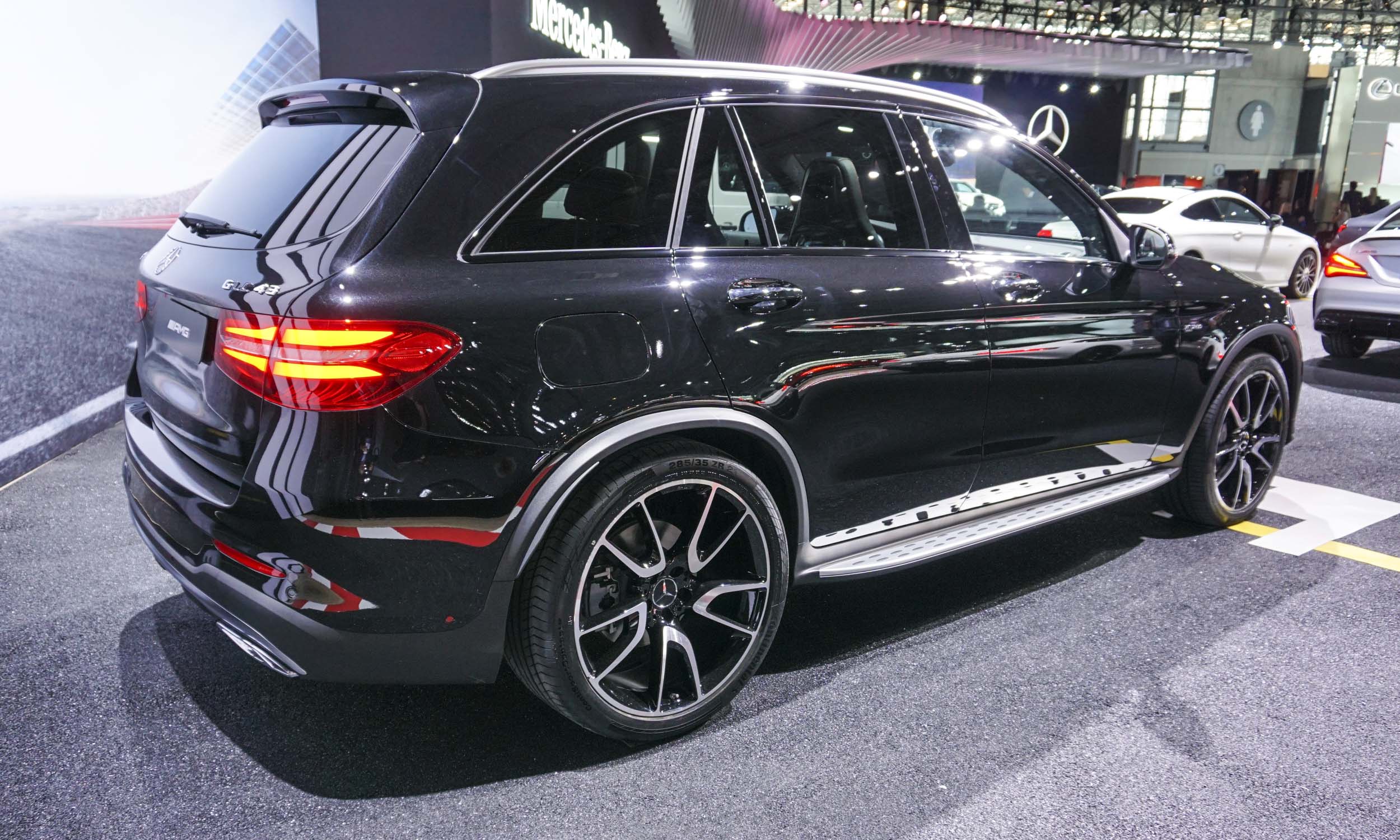 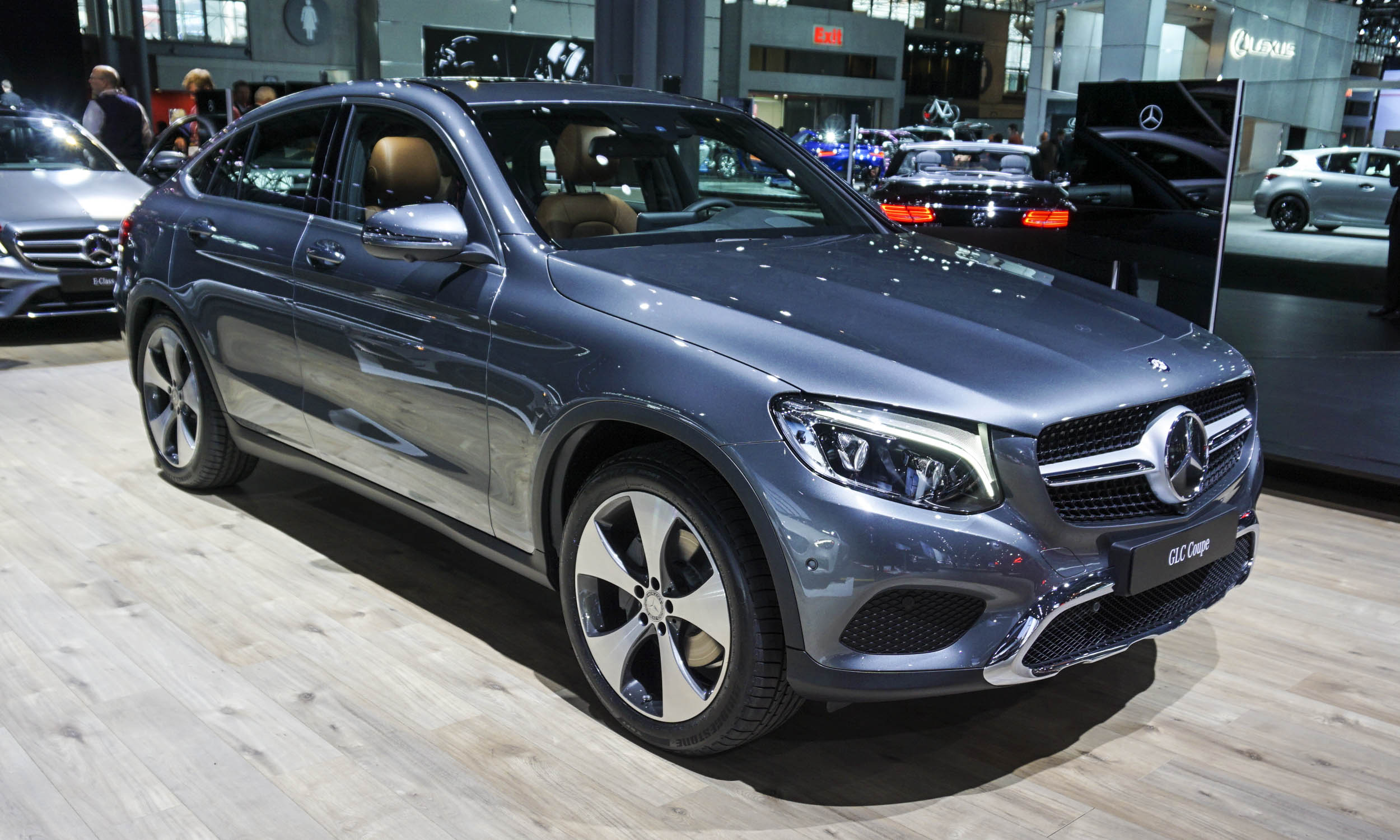 Mercedes-Benz GLC Coupe
Mercedes-Benz premiered the 2017 GLC Coupe in the Big Apple — a new version of the GLC compact crossover SUV that combines the functionality of an SUV with the sportier profile of a coupe. Up front is a single-louver diamond grille with the Mercedes-Benz star similar to other Mercedes coupes, and the windshield is less steeply raked than the standard GLC to create the flowing roofline. The GLC Coupe will be offered in two versions — GLC300 4MATIC Coupe and Mercedes-AMG GLC43 Coupe — when it becomes available at U.S. dealerships in early 2017. 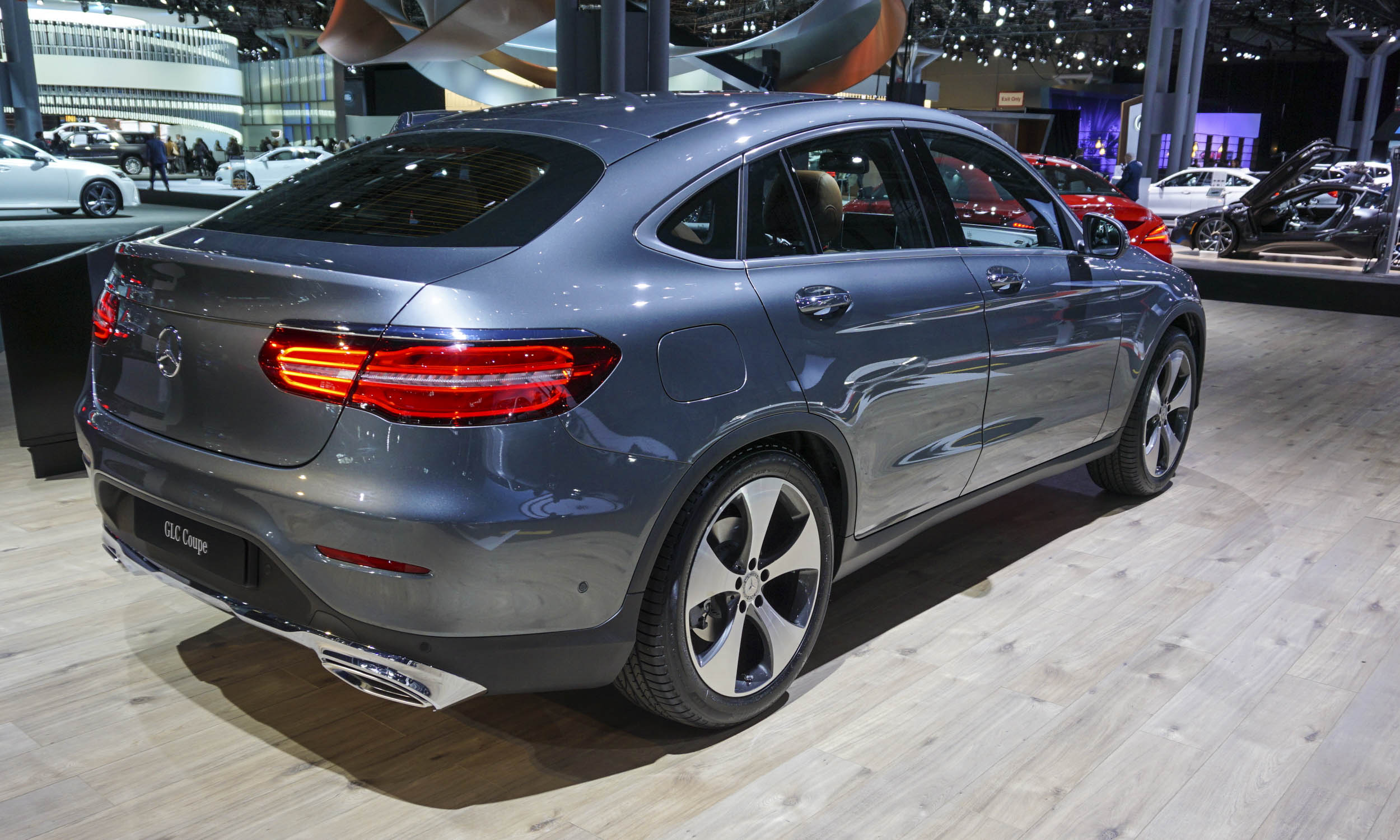 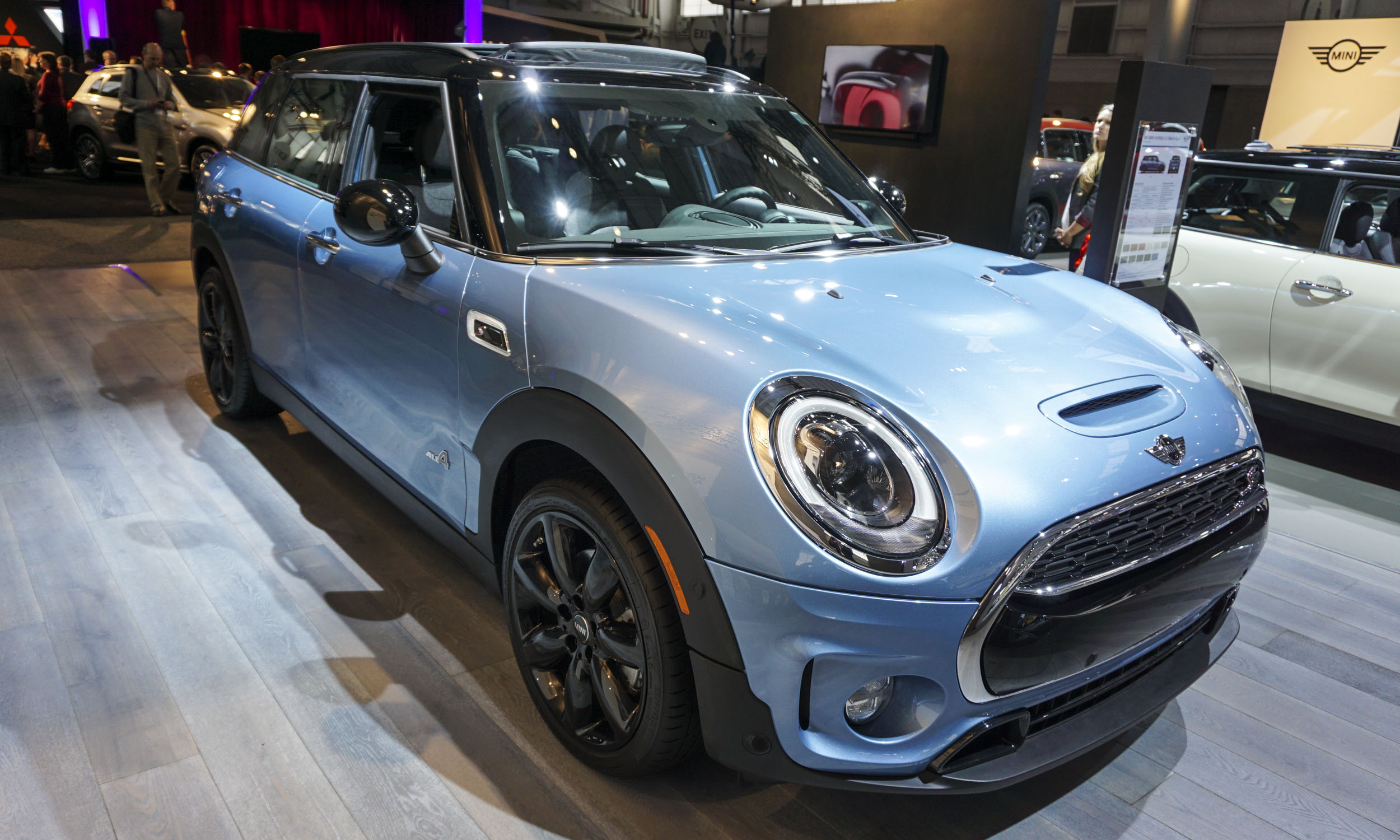 MINI Clubman ALL4
The MINI Clubman ALL4 made its world premiere at the New York show, adding the versatility of all-wheel drive to the capability of the new MINI Clubman for improved performance in all weather conditions. The ALL4 all-wheel-drive system can shift power from the front wheels to the rear wheels in a quarter second, and is lighter and more compact than the previous all-wheel-drive system for improved handling, fuel efficiency and interior space. 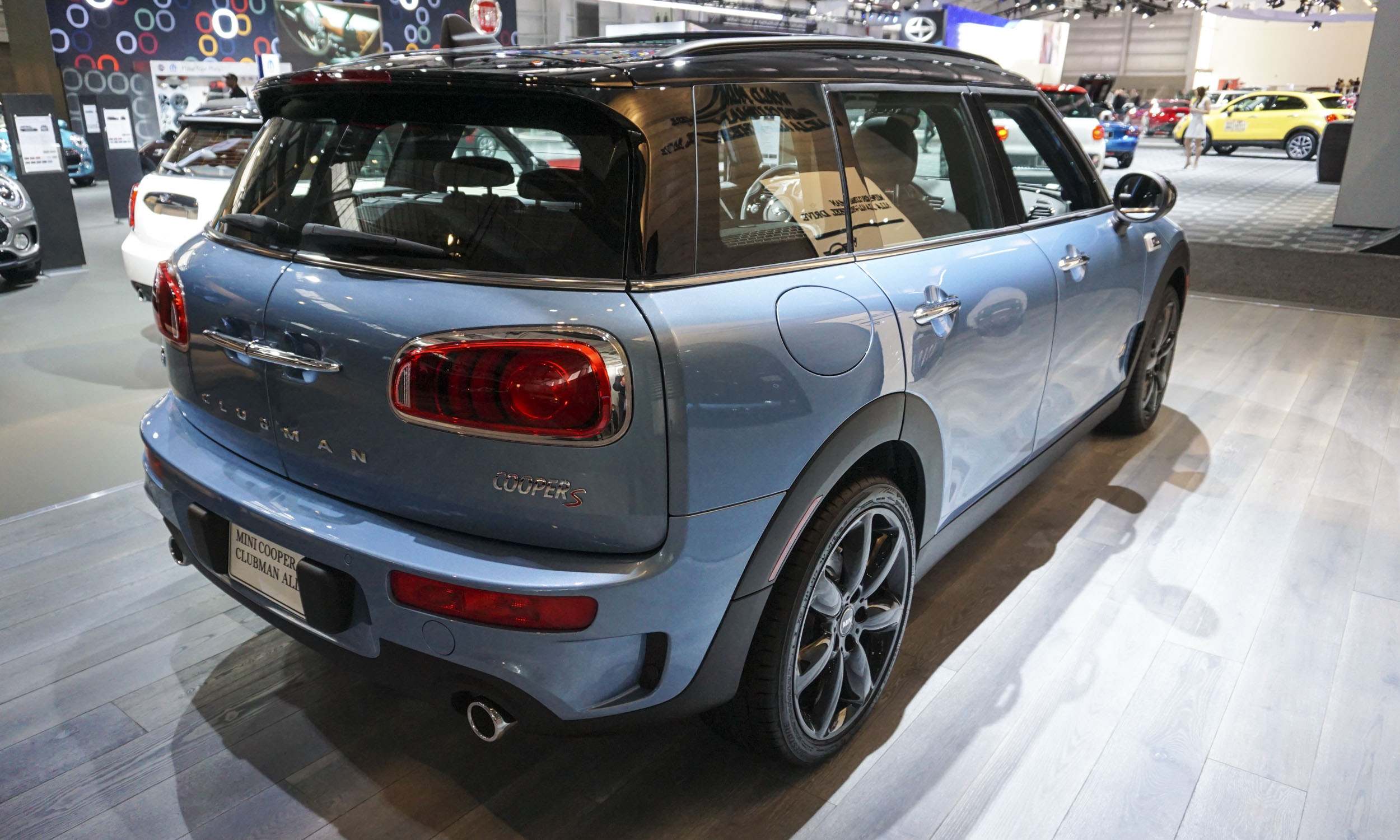 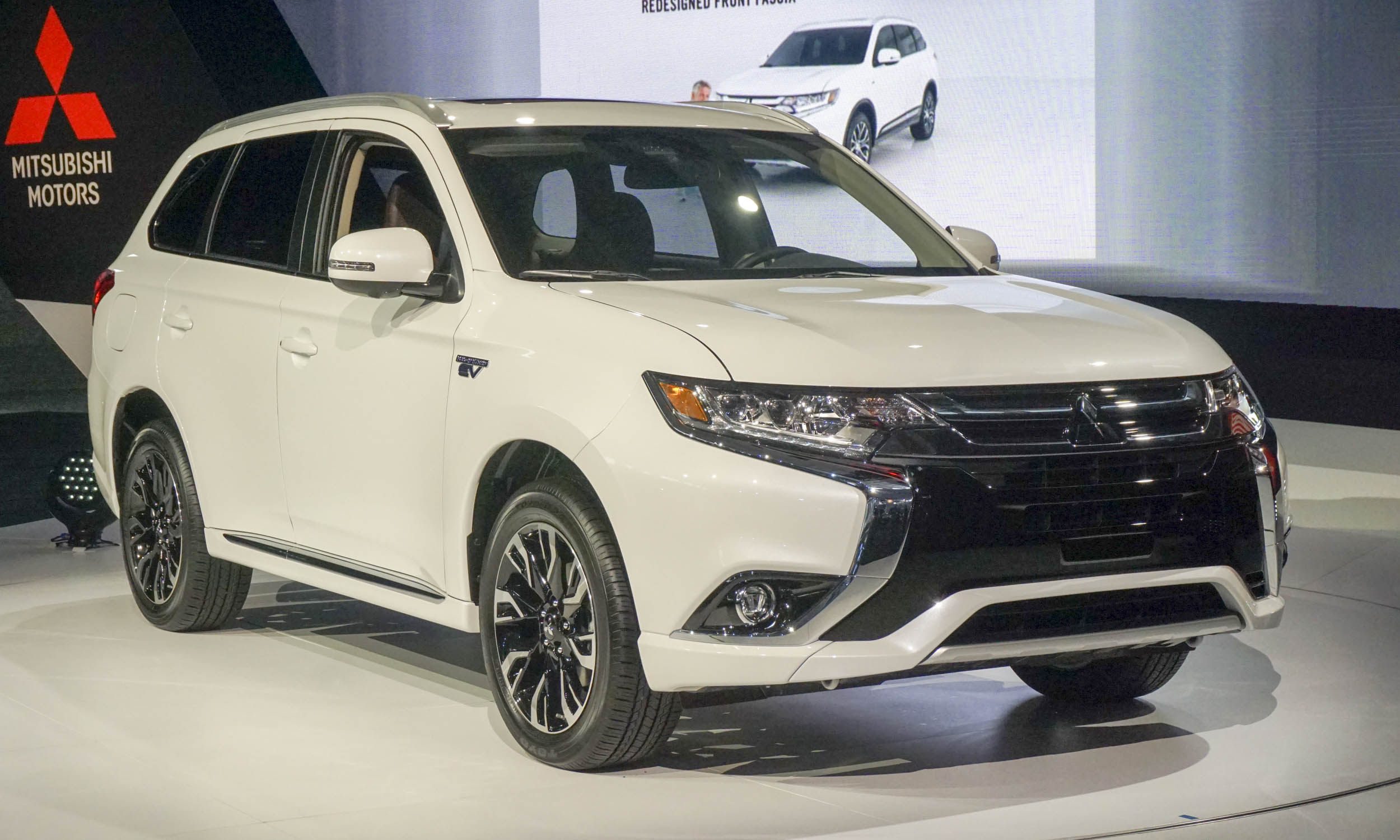 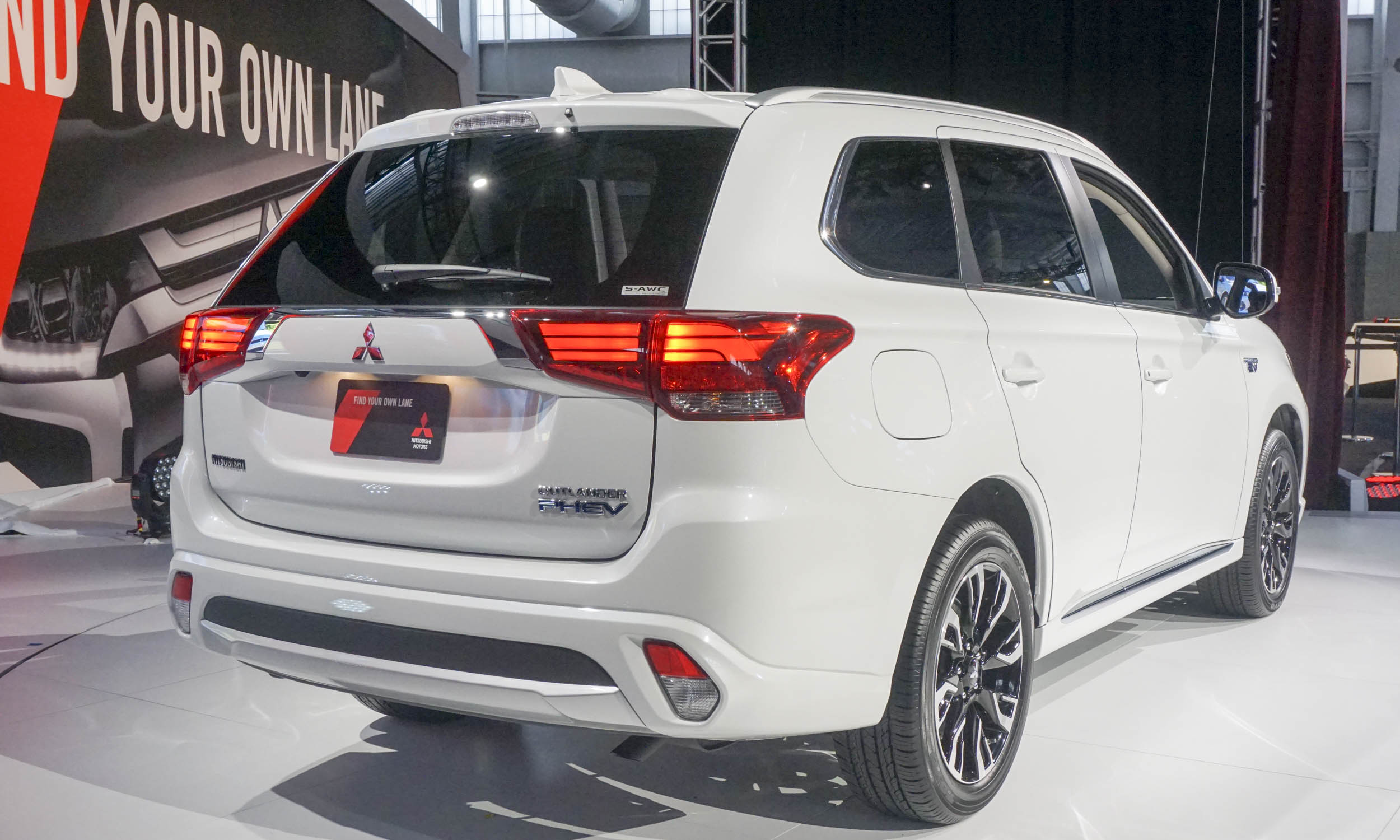 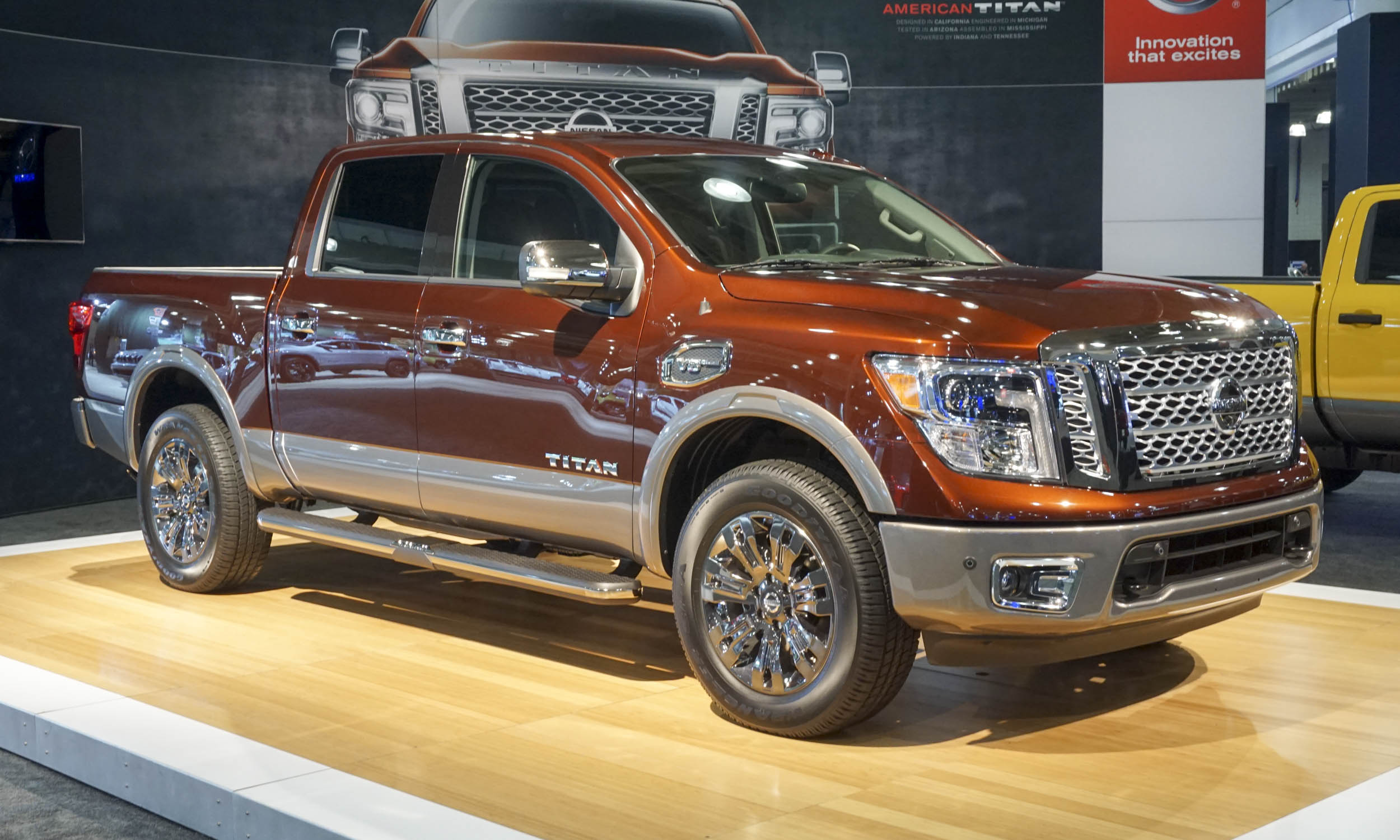 Nissan TITAN
Nissan debuted the TITAN Crew Cab half-ton at the New York Auto Show, expanding its full-size pickup line with the new truck joining the heavy-duty TITAN XD model. The TITAN half-ton has the same aggressive styling of the TITAN XD, but the wheelbase is about a foot shorter. The TITAN half-ton will initially go on sale as a Crew Cab model, with Single and King Cab versions available later in the year. 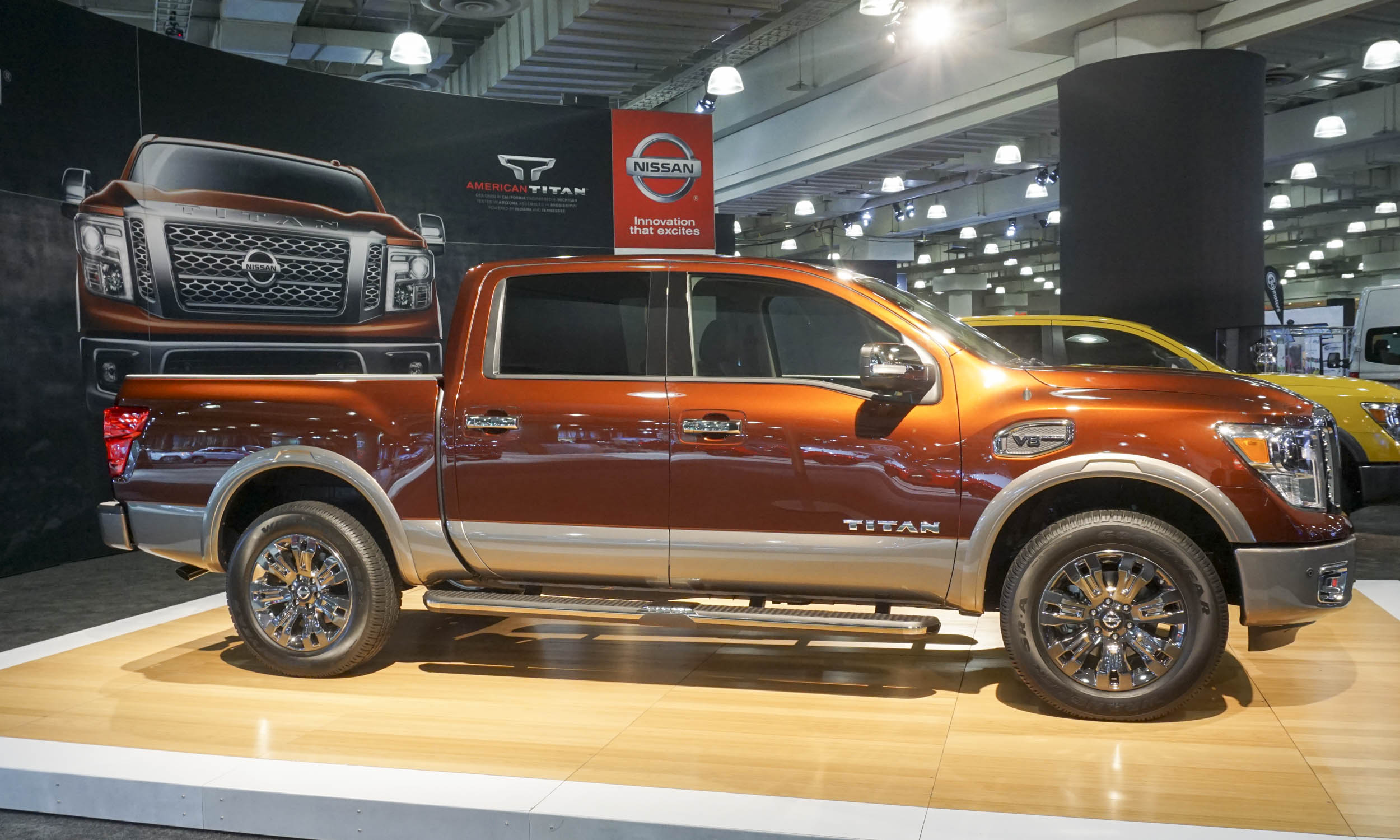 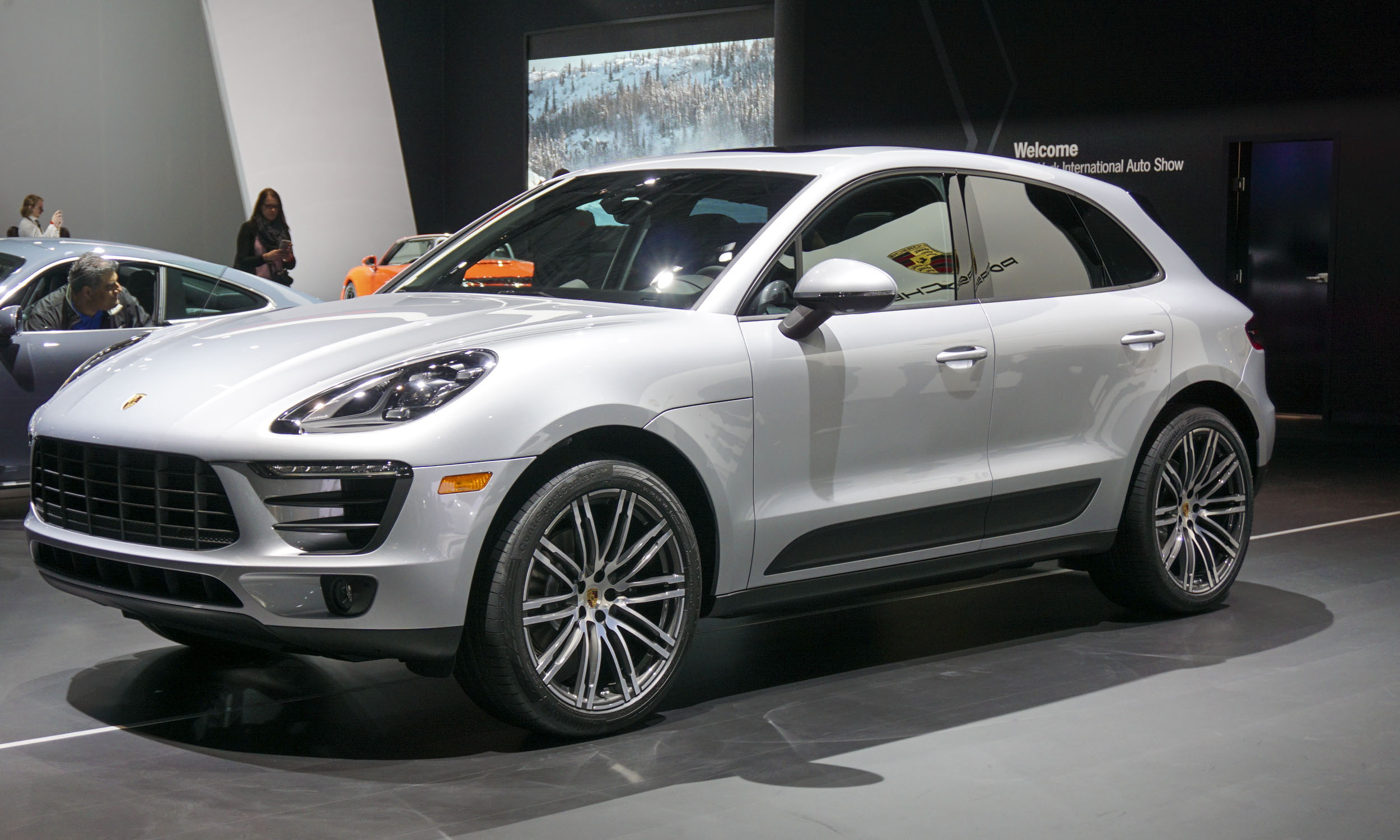 Porsche Macan
Porsche is adding to its Macan lineup for 2017 with a new version of the compact SUV. Joining the Macan S, Macan Turbo and Macan GTS, the new Macan is powered by a 2.0-liter turbocharged inline 4-cylinder engine that produces 252 horsepower and 273 lb-ft of torque, combined with a 7-speed PDK dual-clutch transmission with Auto Start Stop technology. Active all-wheel drive with Porsche Traction Management is standard, with load-leveling air suspension and the PASM system with adaptive dampers available as options. 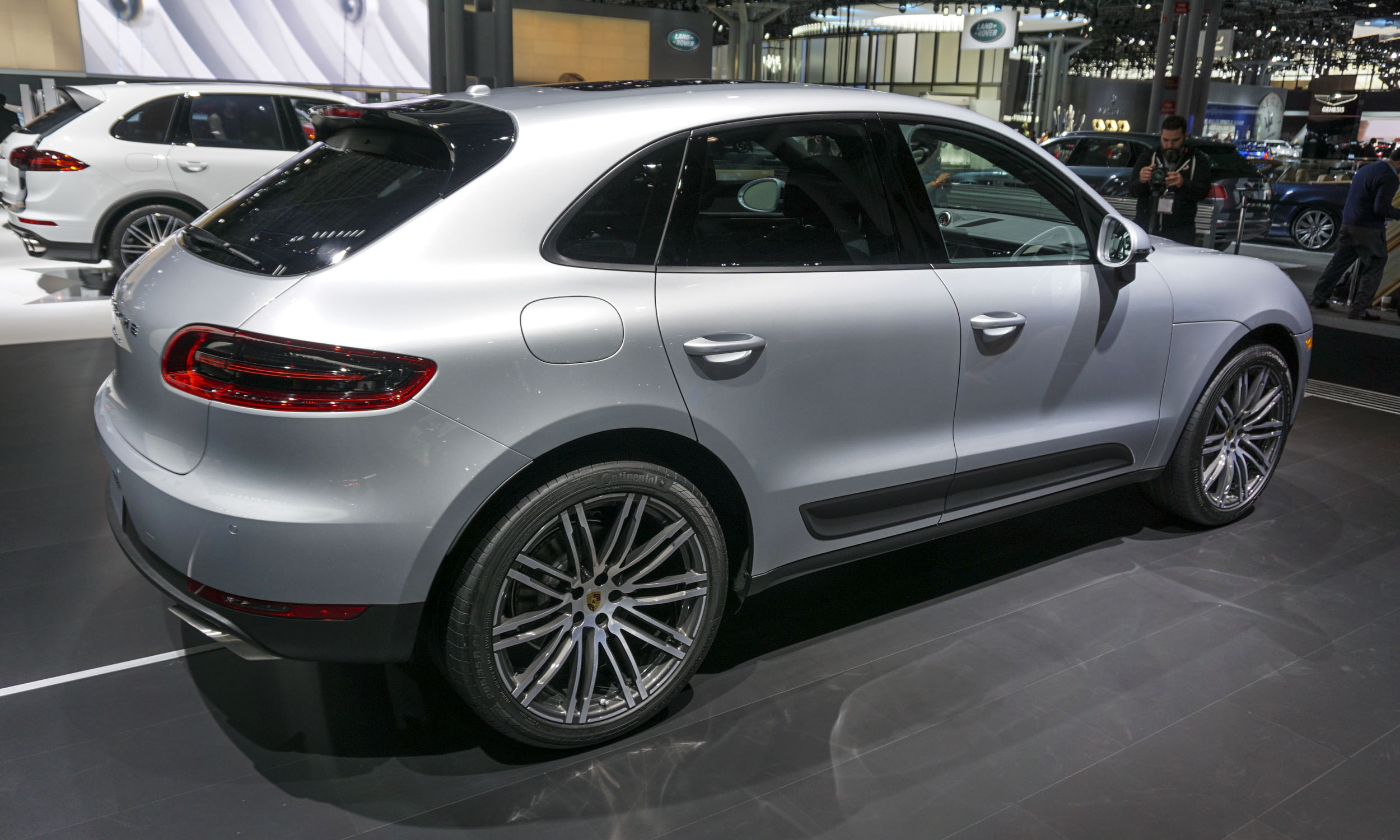 Porsche Macan
The Macan 2.0 is distinguished from other models by matte black window trim, black brake calipers and unique stainless steel exhaust tips, while the front fascia and the lava black side blades are the same as the Macan S. Standard equipment includes Bi-Xenon headlights, 8-way power front seats, Alcantara seat inserts, Porsche Communication Management, a Piano Black interior package and a lane departure warning system. The most fuel-efficient Macan powertrain, the 2.0-liter is rated by the EPA at 20 city / 25 highway / 22 combined mpg. According to Porsche, the Macan 2.0 will accelerate from zero to 60 mph in 6.1 seconds (with the optional Sport Chrono Package with launch control) and achieve a top track speed of 142 mph. The 2017 Macan can be ordered now, with deliveries scheduled for July 2016. 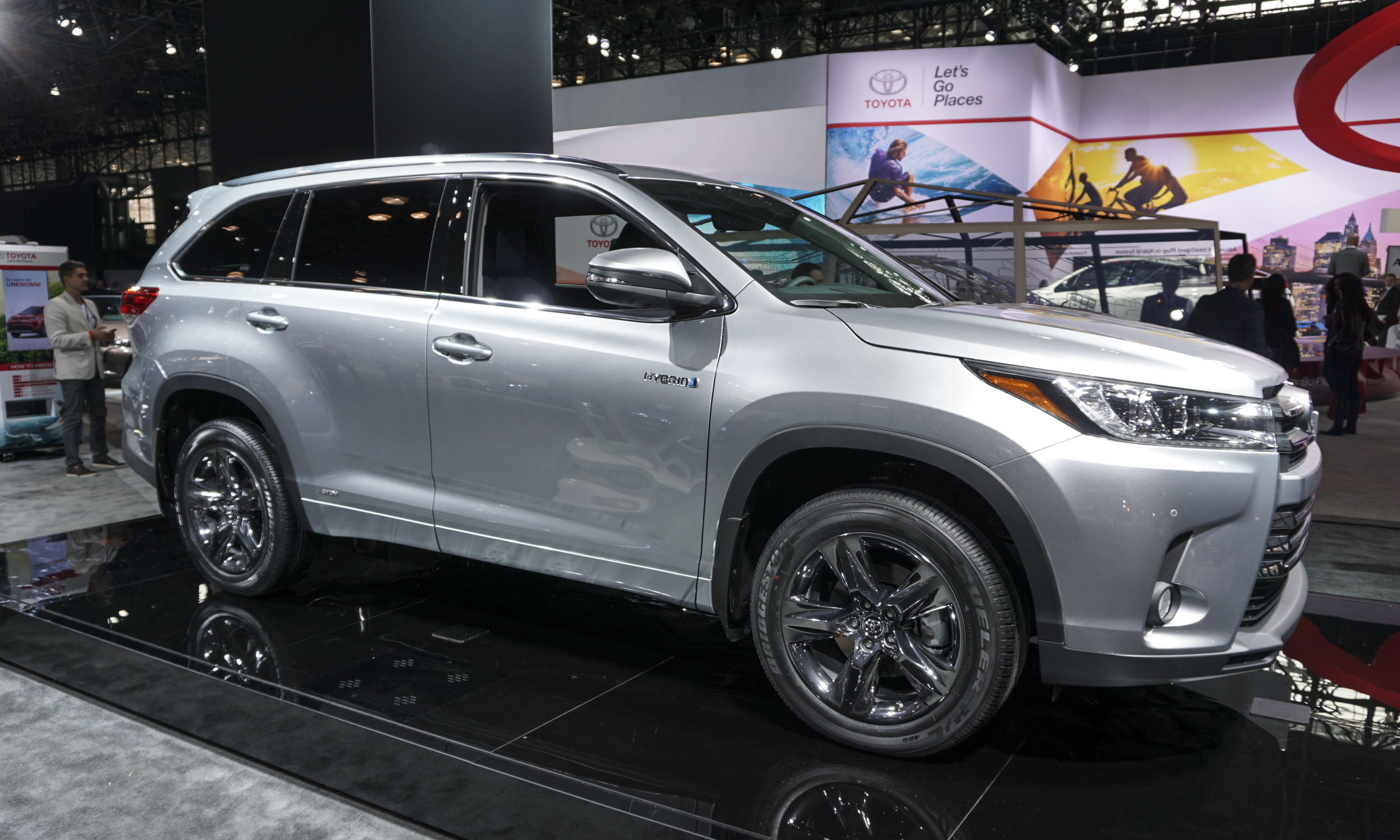 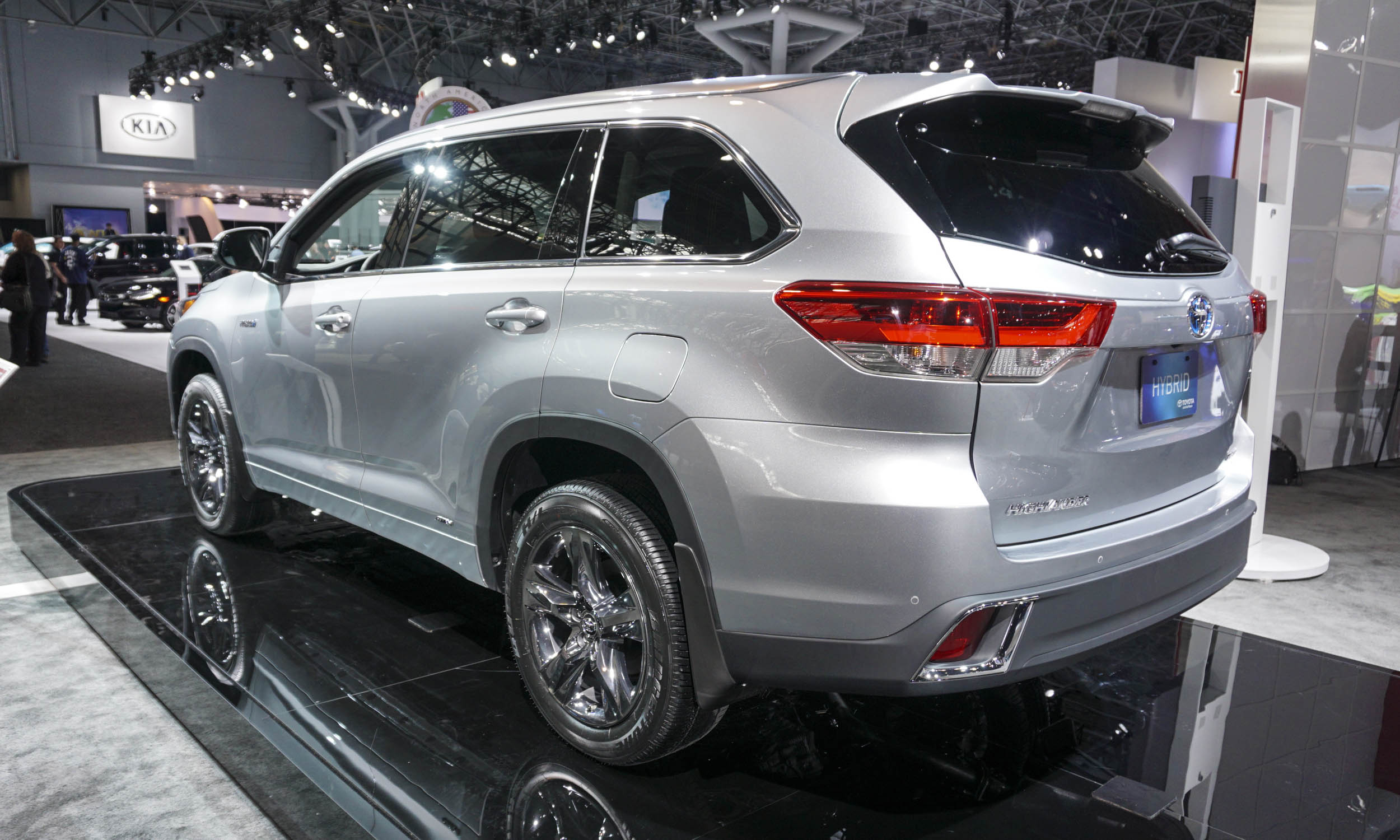 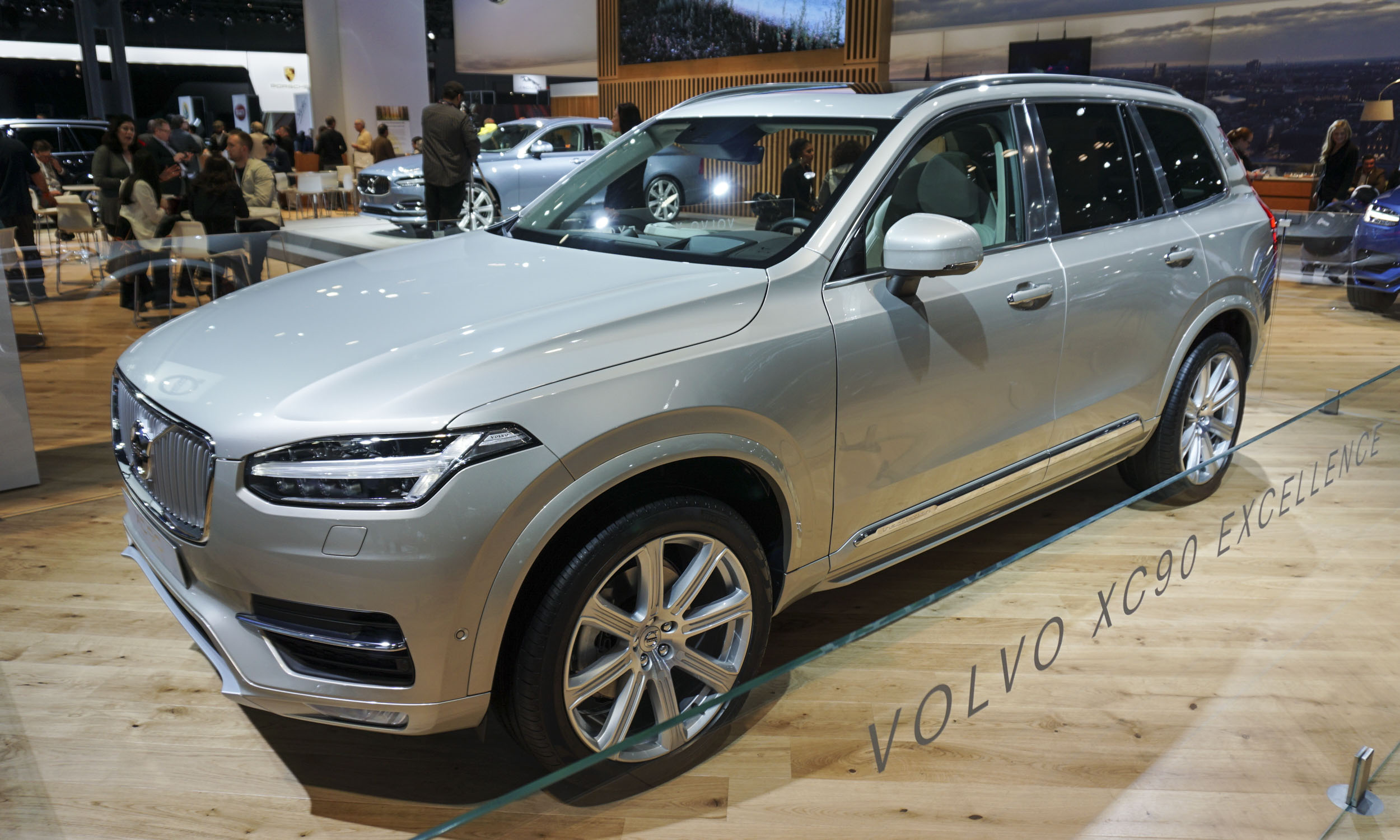 Volvo XC90 Excellence
Making its American debut at the New York Auto Show, the ultra-luxurious Volvo XC90 Excellence is a 4-seat version of Volvo’s new award-winning full-size SUV. Instead of the standard XC90 configuration for seven occupants, the XC90 Excellence includes duplicates of the driver and front-seat-passenger seats in the second row for a unique luxury experience. Nappa leather and open-pore wood from the XC90 Inscription are expanded throughout the interior, and a partition separates the passenger space from the cargo area. A 1400-watt Bowers & Wilkins sound system envelops occupants via 20 speakers. 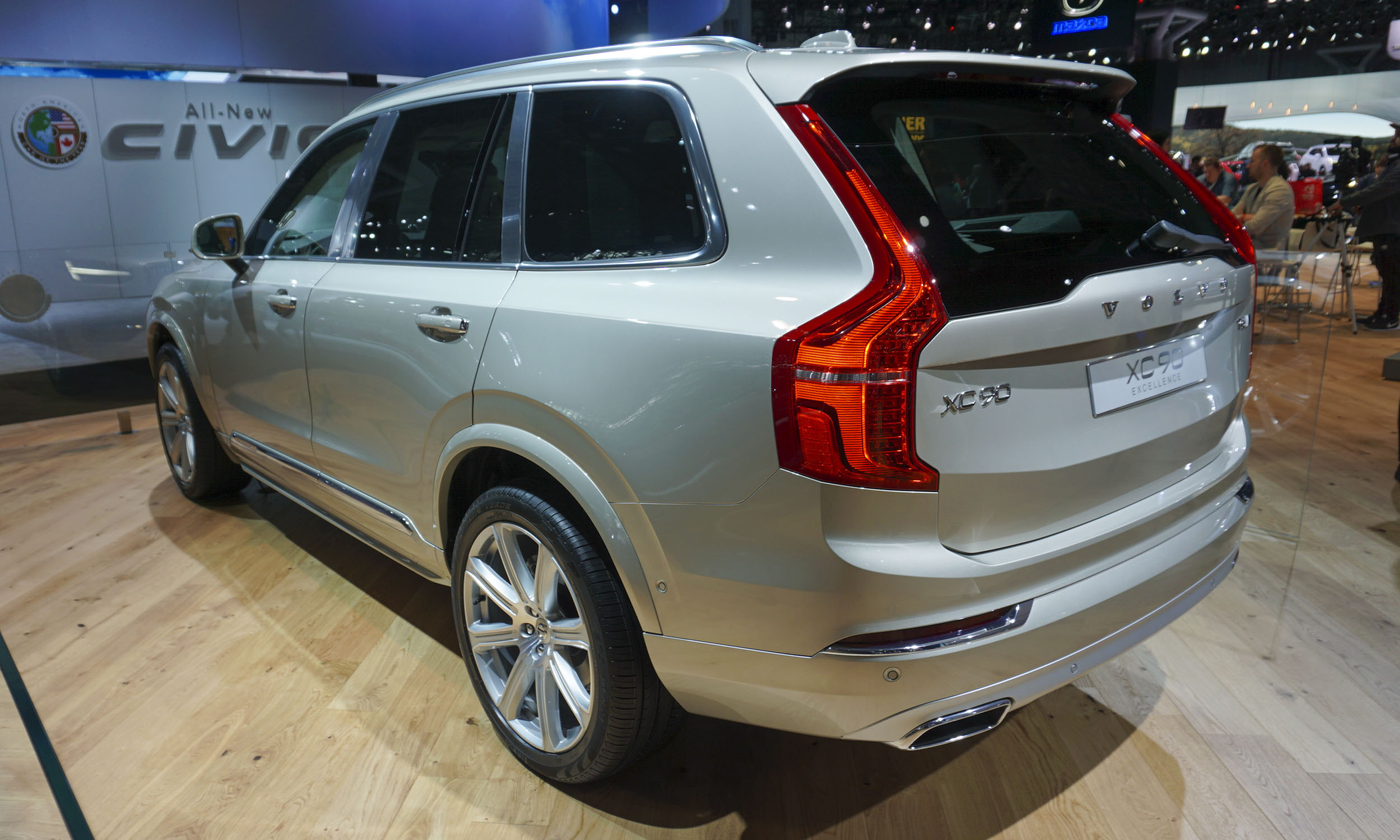