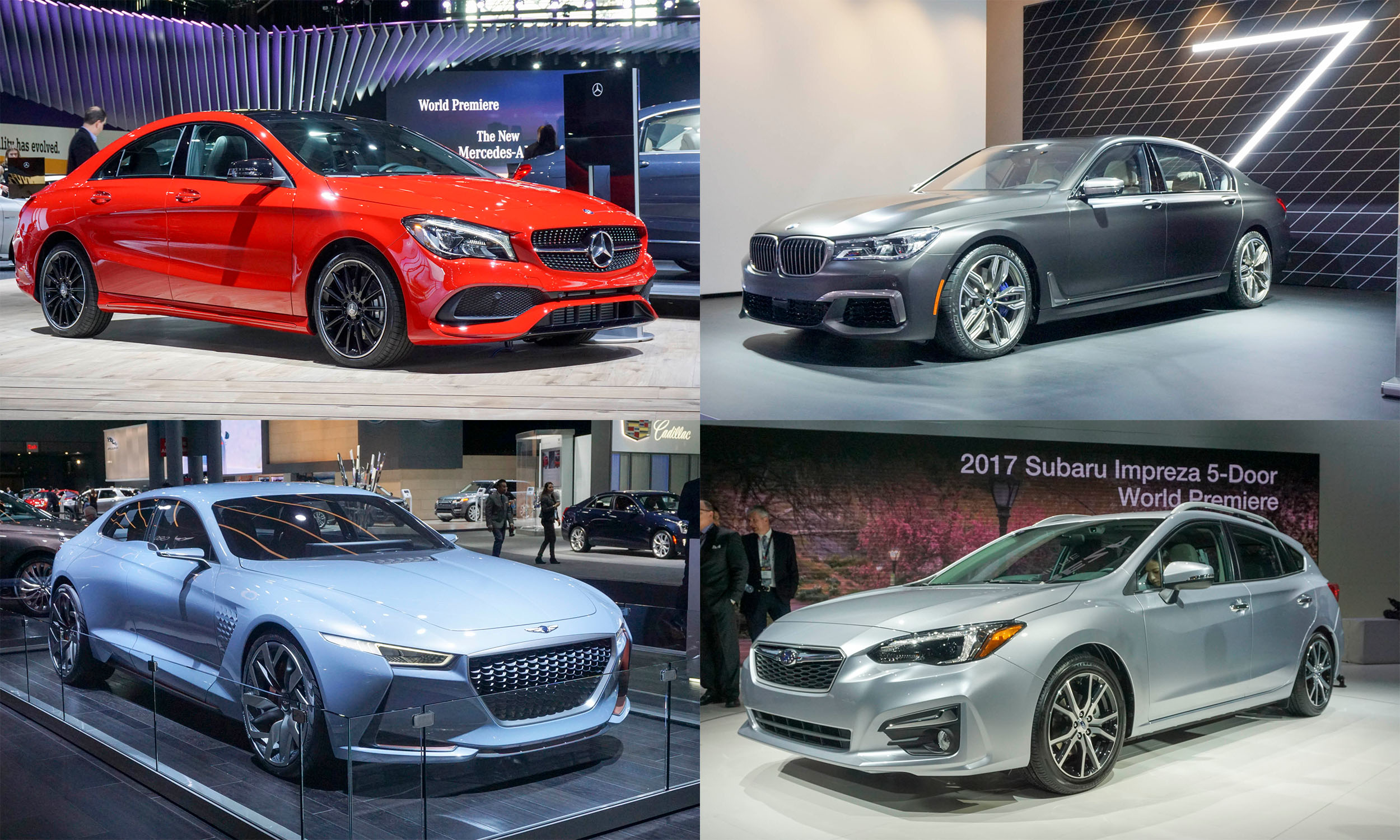 Other Exciting Debuts
Not every vehicle making headlines during press preview days at the 2016 New York Auto Show was an exotic sports car or a new crossover SUV. Attending journalists experienced unveils for a wide variety of new vehicles, including both production and concept cars from makers such as BMW, Genesis, Mercedes-Benz and Subaru. Click through for more exciting premieres from the 2016 New York Auto Show. 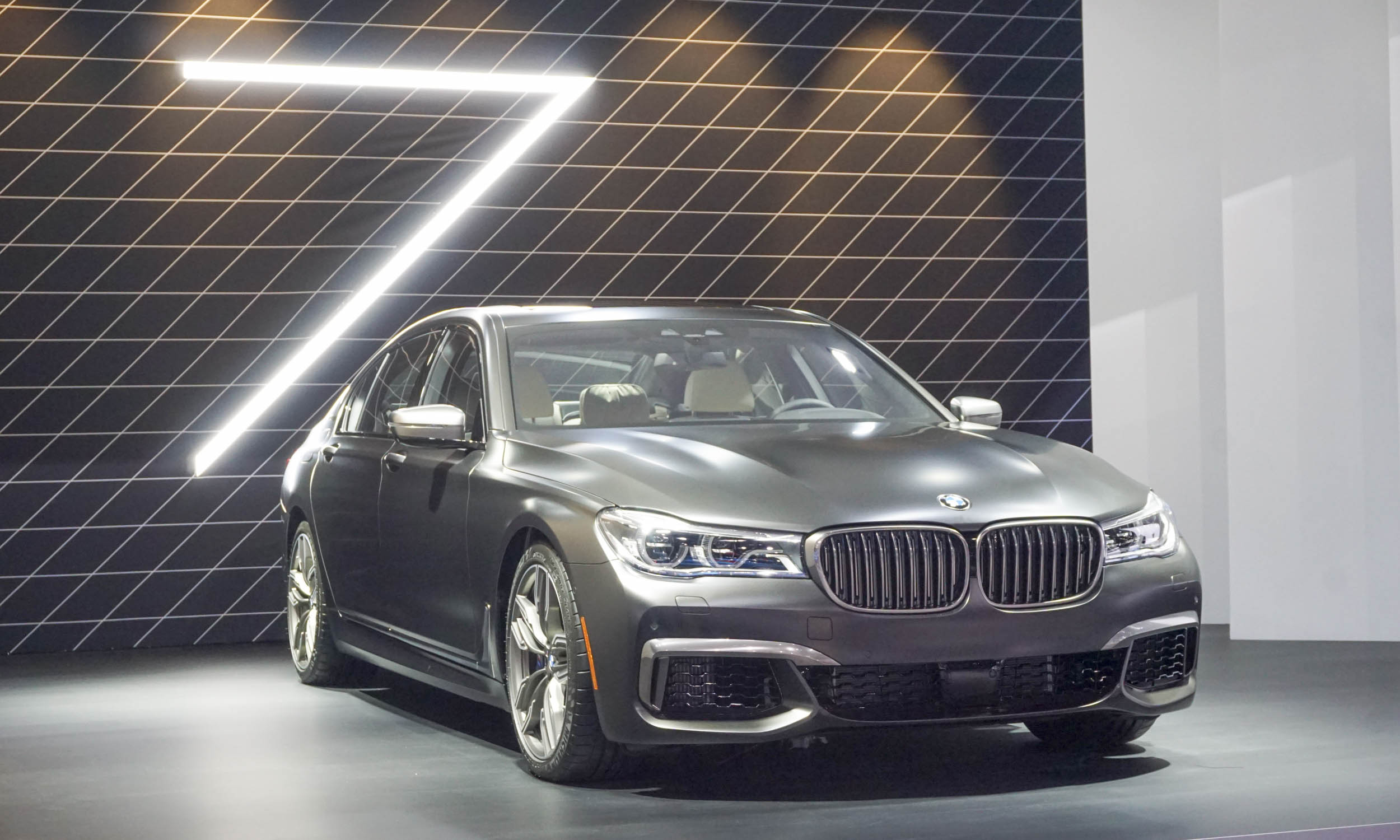 2017 BMW M760i xDrive
The 7 Series is the flagship of the BMW line, and this M760i xDrive sits at the pinnacle of the 7 Series lineup. The big sedan combines the utmost in luxury with impressive performance to create the ultimate high-performance sport sedan. Rear-seat passengers enjoy big comfortable seats that recline, massage and can be heated and cooled while they experience the high-end video entertainment system. But the driver’s seat is the one we’d want. With a TwinPower Turbo V12 engine producing 600 horsepower and 590 lb-ft of torque, this big sedan can reach 60 mph in less than four seconds and boasts a top speed limited to 155 mph. Full-time all-wheel drive and legendary BMW handling makes this a luxury sedan for any season. The M760i xDrive should reach showrooms early next year. 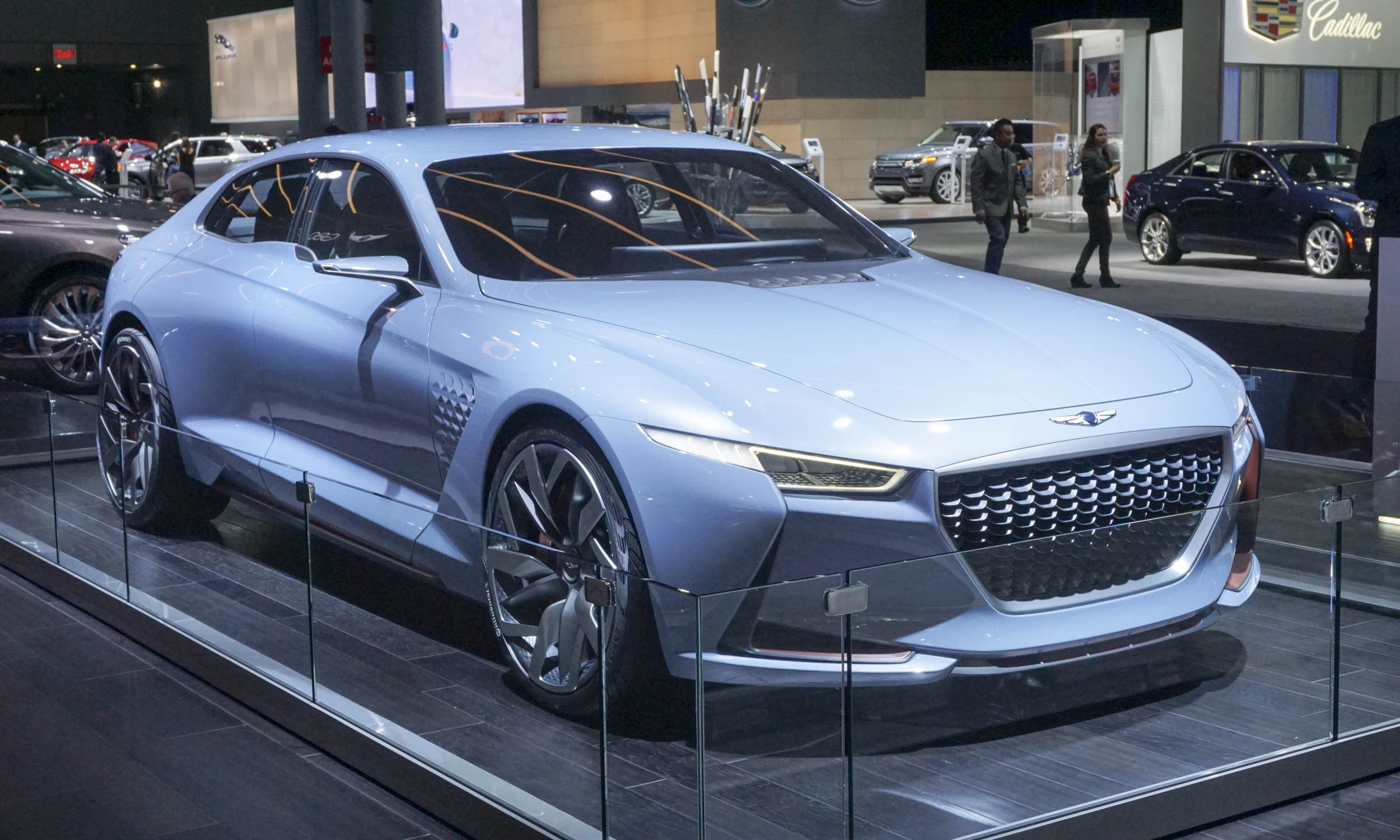 Genesis New York Concept
At last fall’s Los Angeles Auto Show, Hyundai introduced Genesis as its new luxury car brand. At this year’s New York show the new brand revealed a very sexy sport-sedan concept that provides a glimpse into the future product design we can expect from Genesis. “The New York Concept is a progressive concept car that showcases the design quality of the brand. With its expressive volumes and refined design, the New York Concept truly embodies the ‘Athletic Elegance,’ that characterizes GENESIS products and will continue to do so for future models that come from our luxury brand,” said Manfred Fitzgerald, Head of Genesis. In addition to the sleek lines and futuristic interior, the New York Concept features an advanced hybrid powertrain with an 8-speed automatic transmission. 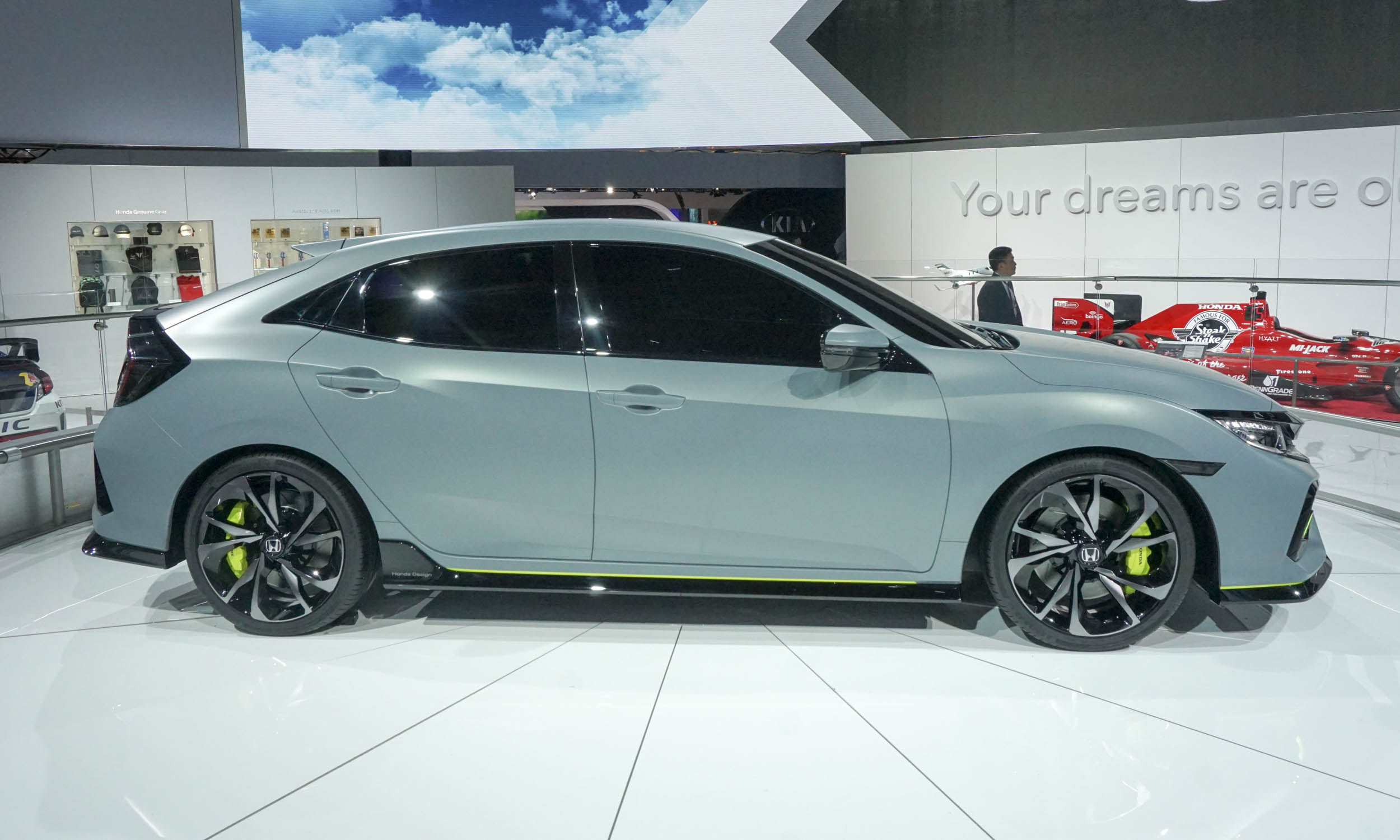 Honda Civic Hatchback Concept
Honda is moving full-speed ahead with its Civic lineup. At last year’s New York show, the Japanese automaker debuted the Civic Concept and followed up shortly after with the production model. Available currently as a sedan or coupe, the Civic line will soon be expanding to include a hatchback, as seen in this concept version of the upcoming Civic 5-Door. With Euro-inspired styling and a versatile interior, the hatchback should be rolling into showrooms this fall. Honda also announced that the hatchback will be powered by the brand’s new turbocharged 174-horsepower engine, and that the hatch — as well as the sedan and coupe — will be available with a 6-speed manual transmission starting this fall as well. 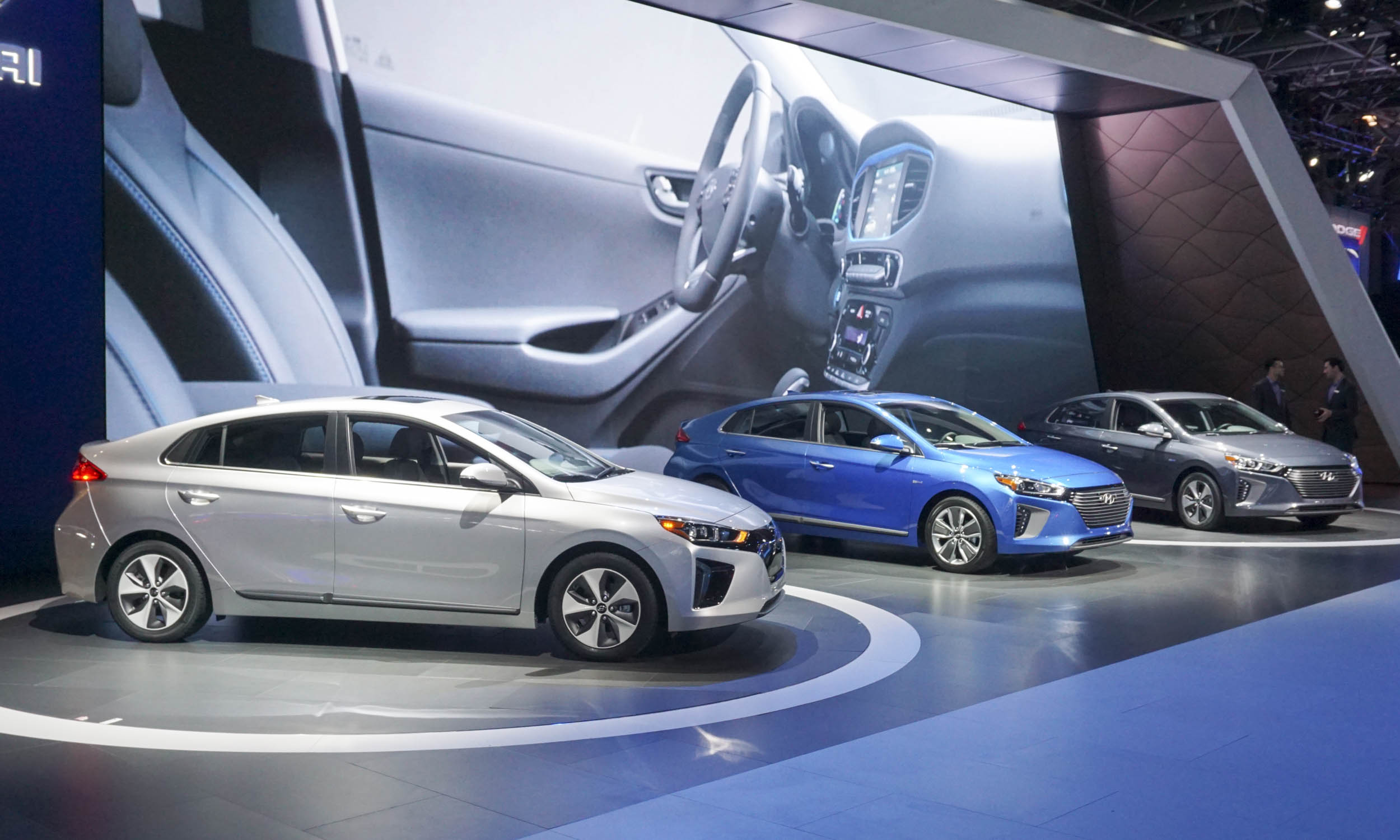 2017 Hyundai Ioniq
Hyundai knows that a pure electric car is not for everyone, so the Korean company is introducing an all-new model that will be available with three different electrified platforms. The Ioniq will be sold as the Ioniq Hybrid, Ioniq Plug-in Hybrid and the Ioniq Electric. Hyundai claims that this is the first car in the world to be offered with three electric powertrains. Both the hybrid and plug-in hybrid will utilize a new 1.6-liter direct-injection 4-cylinder engine that produces 104 horsepower. With the addition of the electric motor, total output is around 140 horsepower. Hyundai claims the Ioniq Electric can travel around 110 miles between charges and should return 125 MPGe. Look for the Ioniq Hybrid and Electric to be arriving this summer. The Ioniq plug-in hybrid will come to market later this year. 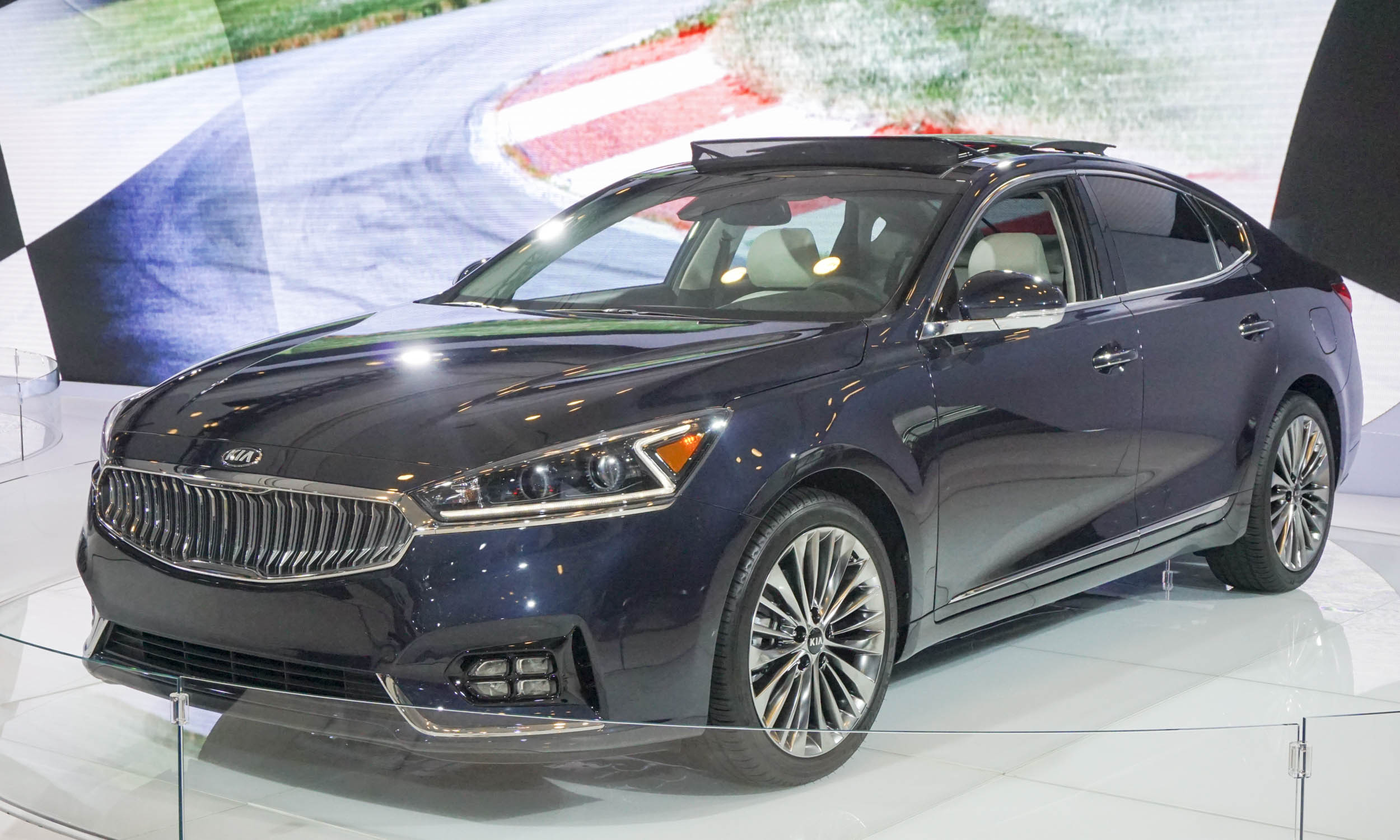 2017 Kia Cadenza
At this year’s show Kia rolled out an all-new second-generation Cadenza — a large premium sedan that slots between the Optima and K900 in the Kia lineup. “The new Cadenza adds an extra dose of excitement to the large-car segment with its striking, aggressively handsome looks and premium refinements,” said Orth Hedrick, vice president of product planning at Kia Motors America. “Everything you see and touch in the Cadenza’s cabin has been improved, but it’s underneath where the Cadenza truly shines with a stiffer and lighter chassis, eight-speed transmission and vastly improved driving dynamics.” The new Cadenza is expected to arrive in showrooms by the end of this year. 2017 Mercedes-Benz CLA
The Mercedes-Benz CLA has been on the market for a few years, so the German automaker is giving the small sedan some updates to keep it fresh. Changes are subtle — revised front and rear bumpers as well as new alloy wheel designs. Inside are updated trim pieces and new seat covers, and the 8-inch display is slimmer with a new glass cover. The 2017 CLA can also be equipped with LED High Performance headlights that provide a more natural light than the typical HID lights and also use about 60 percent less power than Xenon headlights. The high-performance AMG CLA45 gets the LED headlights as standard equipment. Exterior updates include a new AMG front bumper with a new A-wing design with front splitter inserts, as well as a new design for the AMG lip spoiler on the trunk lid. 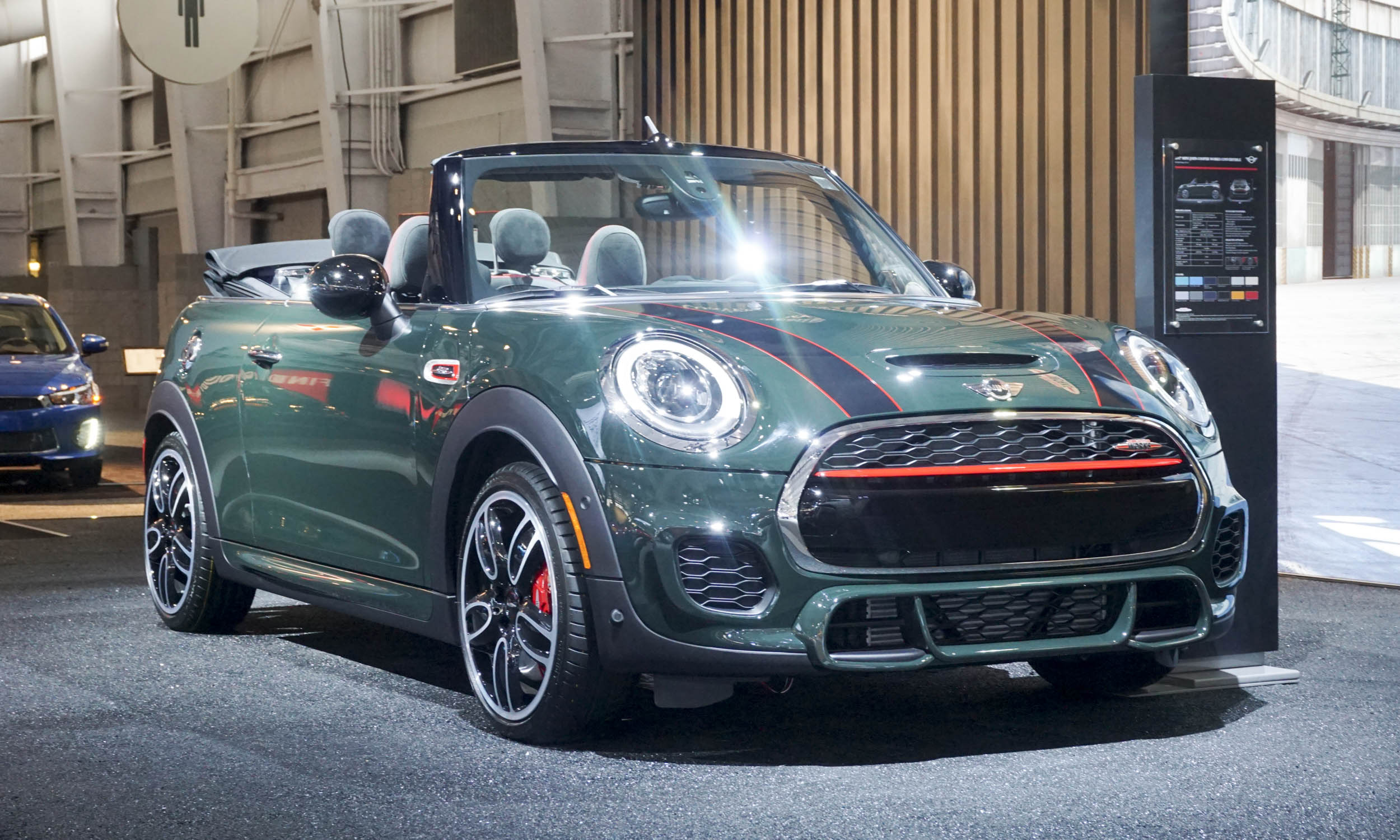 MINI John Cooper Works Convertible
Driving any model in the MINI Cooper lineup is great fun, but removing the top and adding power just increases the level of entertainment. Making its world debut at the New York show, this John Cooper Works edition is the most potent convertible MINI has ever produced. With 228 horsepower on tap from the MINI’s 2.0-liter turbocharged engine, the little 4-seat drop-top will really move. Based on the hardtop’s stats, the JCW Convertible should hit 60 mph in around 6 seconds. “The new Convertible has all of the legendary driving performance you expect in a MINI yet with interior materials and finishes which set a new benchmark for the segment,” said Patrick McKenna, the department head of product planning at MINI USA. 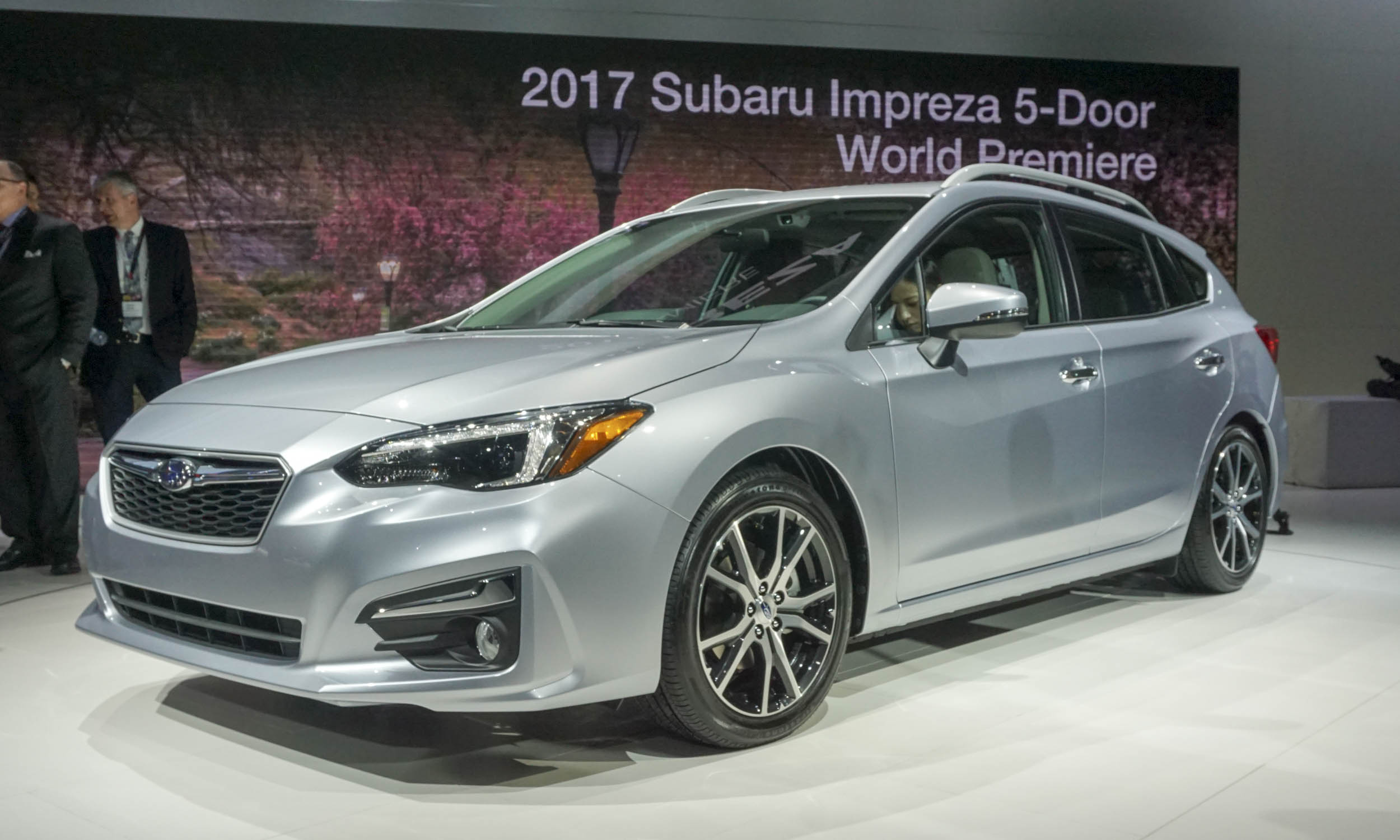 2017 Subaru Impreza
Over the last year Subaru unveiled two concept versions of the Impreza, providing brief glimpses regarding what we can expect from the next production model. Now we finally get a full view of the new Impreza as Subaru took the wraps off both the sedan and 5-door at the 2016 New York Auto Show. The signature grille and hawk-eye headlights that we’ve seen on the concepts carry through to the production model, and the bold fender flares are a nice touch. With the Impreza Subaru introduces an all-new global platform that will be the basis for the next generations of Subaru vehicles. With liberal use of high-strength steel throughout, the new Impreza should be quieter and have better ride comfort. The 2017 model will be the first Impreza built in America. Manufacturing will be at Subaru’s facility in West Lafayette, Indiana, alongside the Legacy and Outback. Look for the Impreza to begin arriving in showrooms later this year. Pricing is expected to be announced closer to the on-sale date. 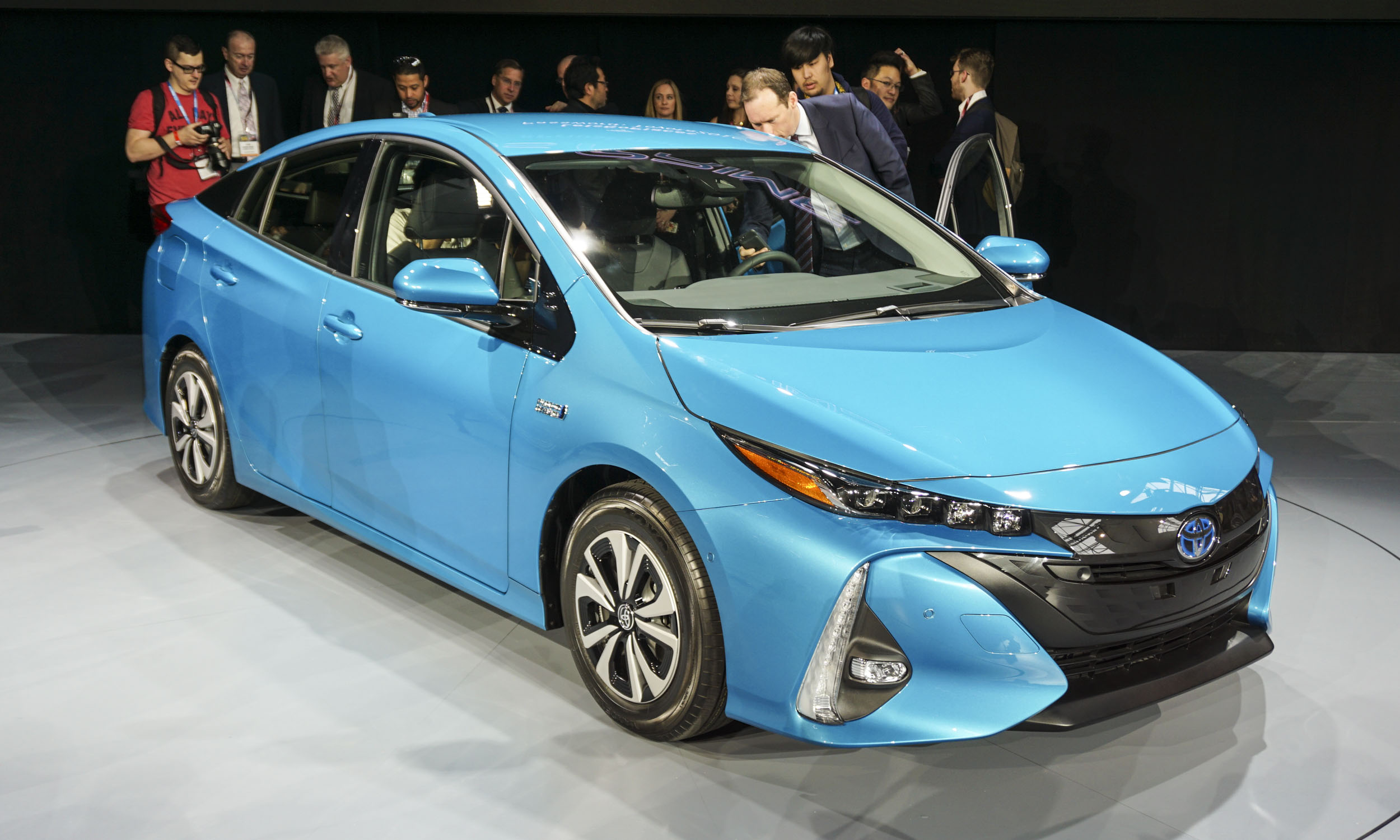 2017 Toyota Prius Prime
Building on the momentum of Toyota’s redesigned 2016 Prius, the company has introduced the plug-in version, the Prius Prime. Debuting in New York with updated styling, the Prius Prime features an improved hybrid system that is expected increase the all-electric range to 22 miles — double the range of the previous Prius Plug-In Hybrid. Toyota estimates Prius Prime will be rated at 120 MPGe (miles per gallon equivalent), a 26 percent improvement over its predecessor due to greater battery capacity and the improved hybrid system. In hybrid mode the Prius Prime’s fuel economy should be equal to the Prius hatchback, and with a full tank of gas and a full electric charge the total driving range is estimated at 600 miles. The new Prius Prime is scheduled to arrive at Toyota dealers in late fall of 2016.